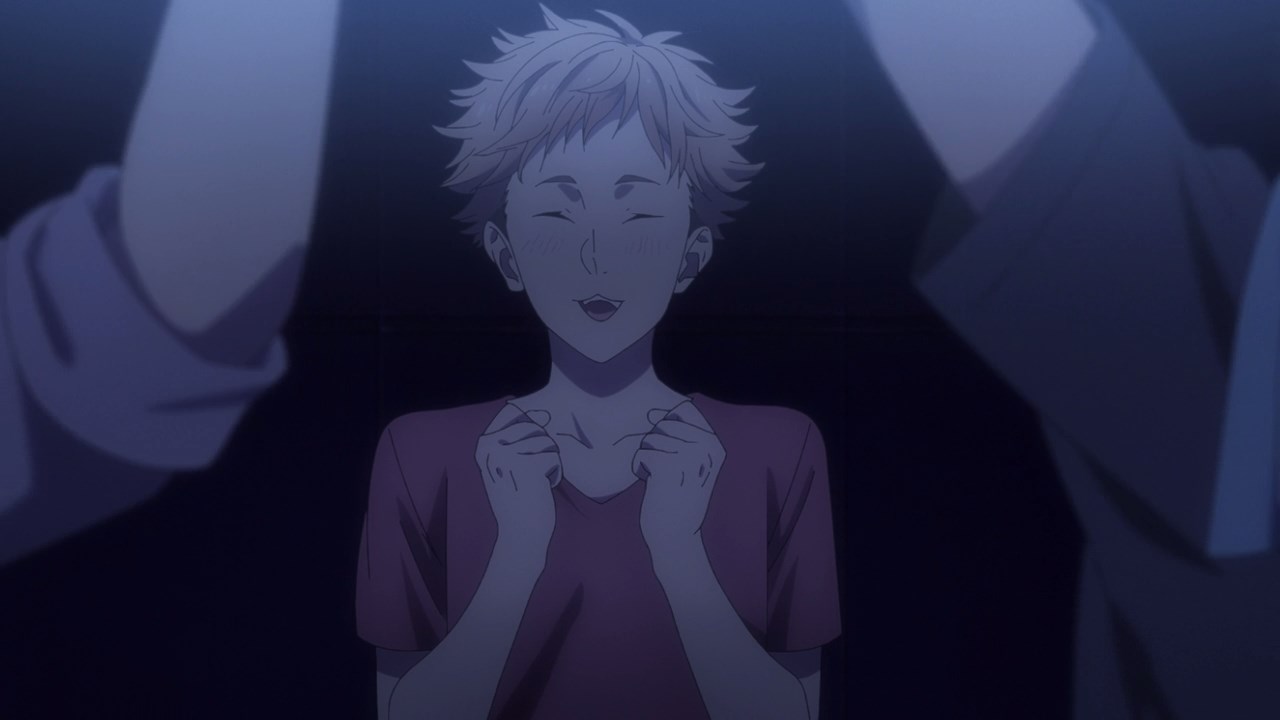 Well everyone, I would like to introduce you to Motoi who’s very smitten at Sorane Matsuyama from Cham Jam. 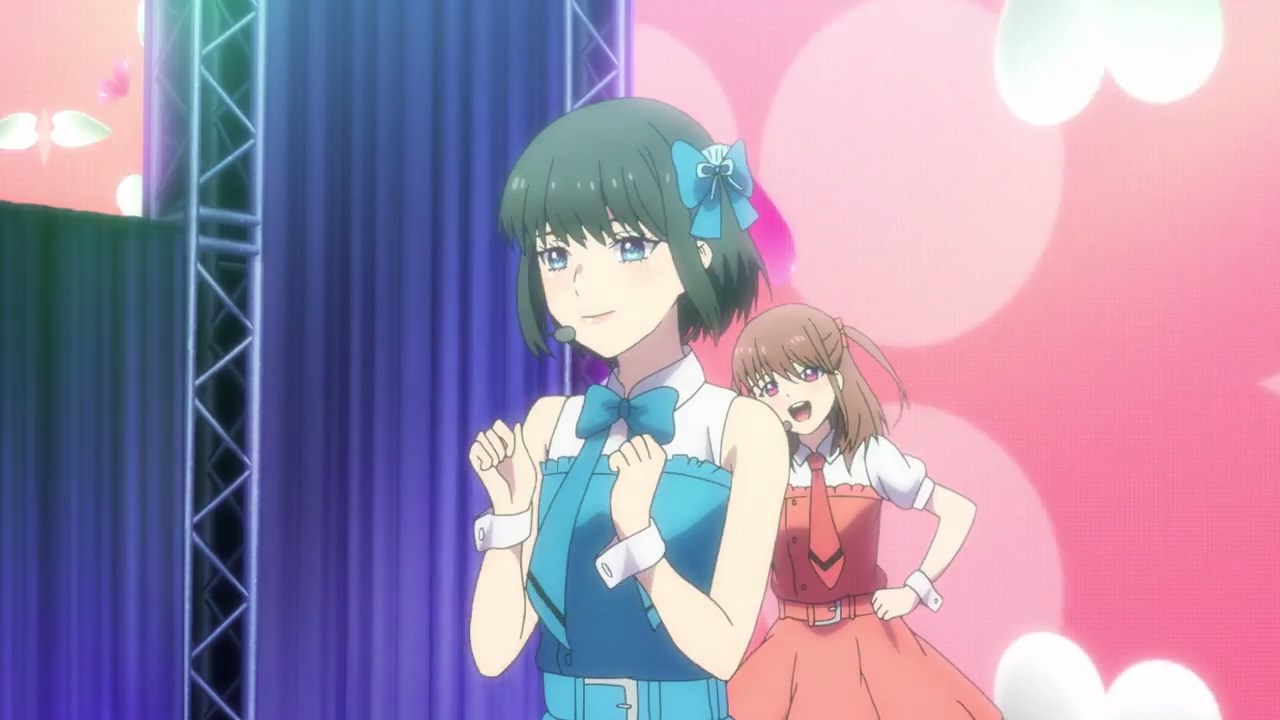 Speaking of Sorane, she’s one of the popular members from the idol group and I have to say that she’s a cutie! It’s no wonder why Motoi became a fan of Sorane. 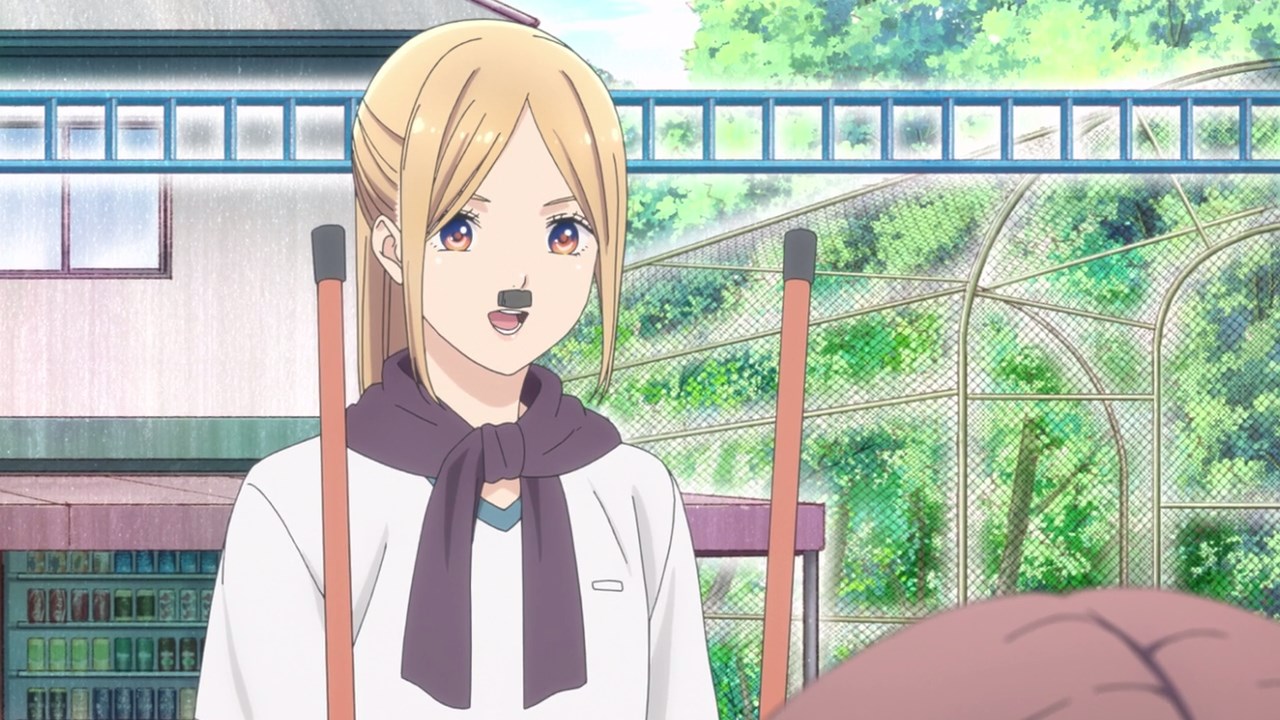 Meanwhile, here’s Eripiyo where she still sees Maina in fan meetings. Then again, having a mustache while walking on stilts is the silliest thing I’ve ever seen from a Maina oshi! 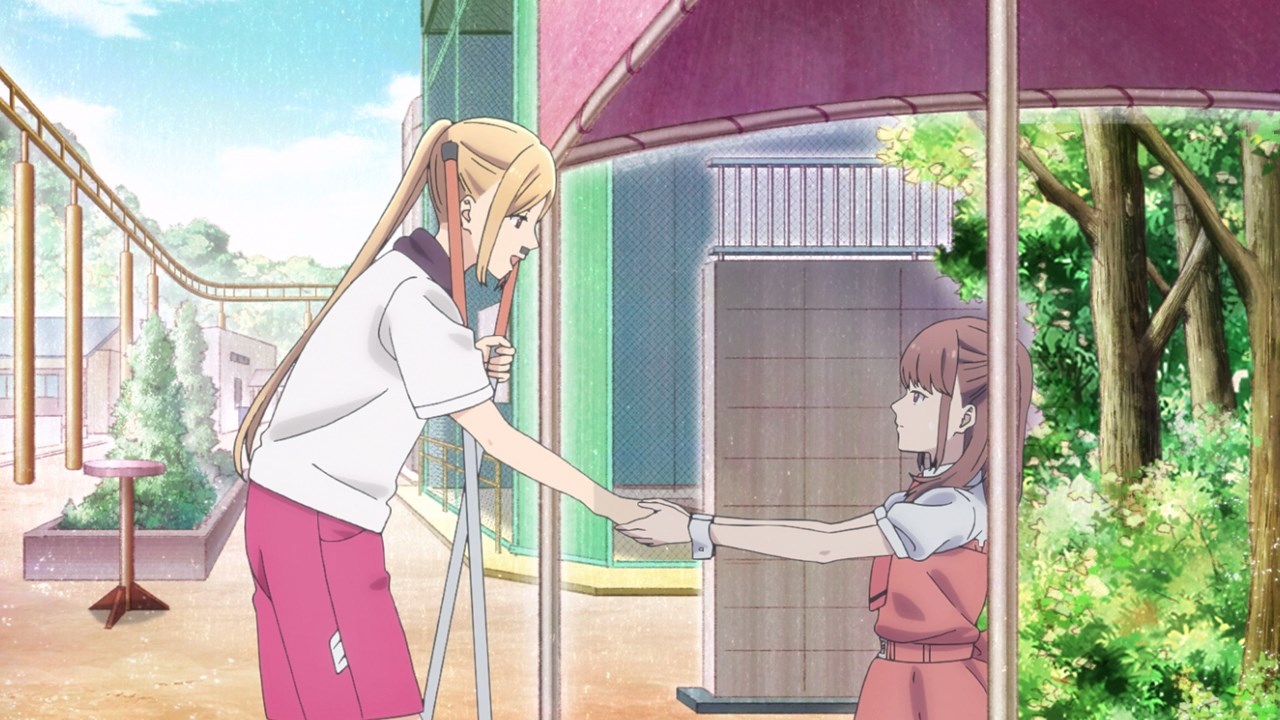 Still, the reason why Eripiyo dressed like that is because Maina Ichii mentioned in one of the magazine articles that her ideal boyfriend will be tall, dark, and handsome.

Of course, that only applies to men and not Eripiyo, unless she wished to reincarnate as a handsome man. Also, idols can’t date until they graduated because y’know, they need to be pure for the fans. 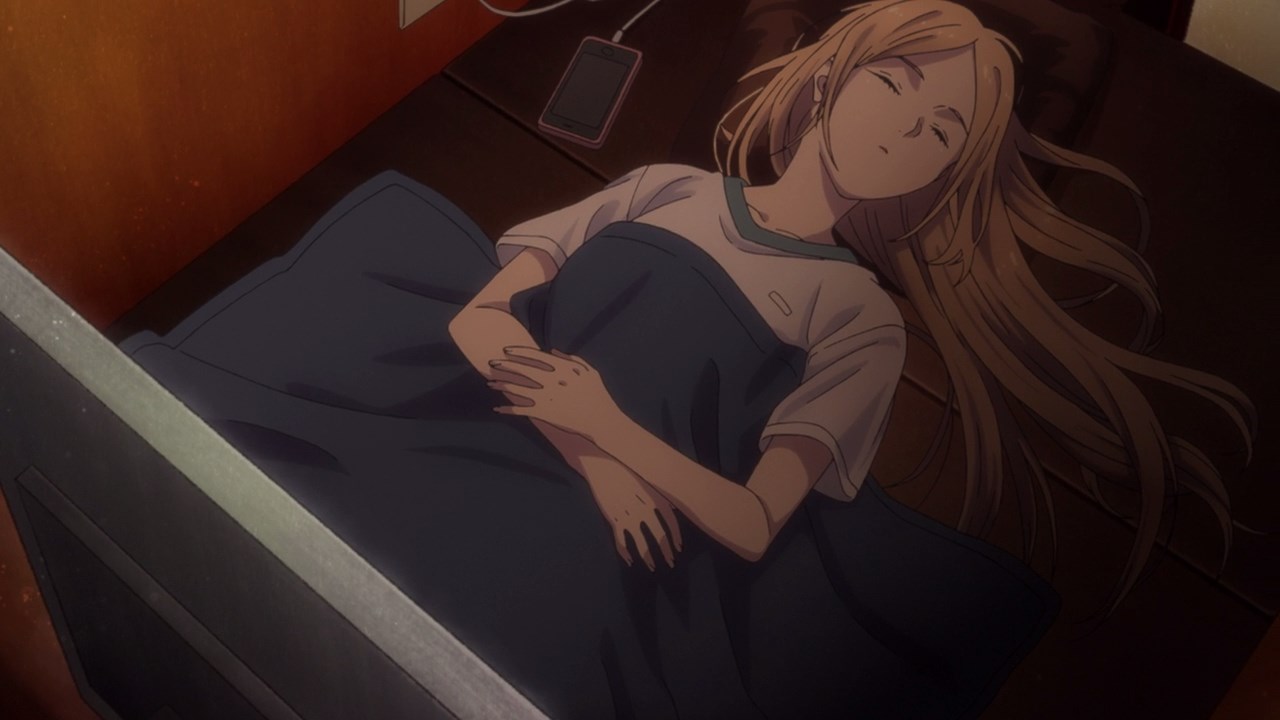 Now then, here’s Eripiyo where she stayed at an internet cafe in some rural town because she and Kumasa will watch Cham Jam’s performance. 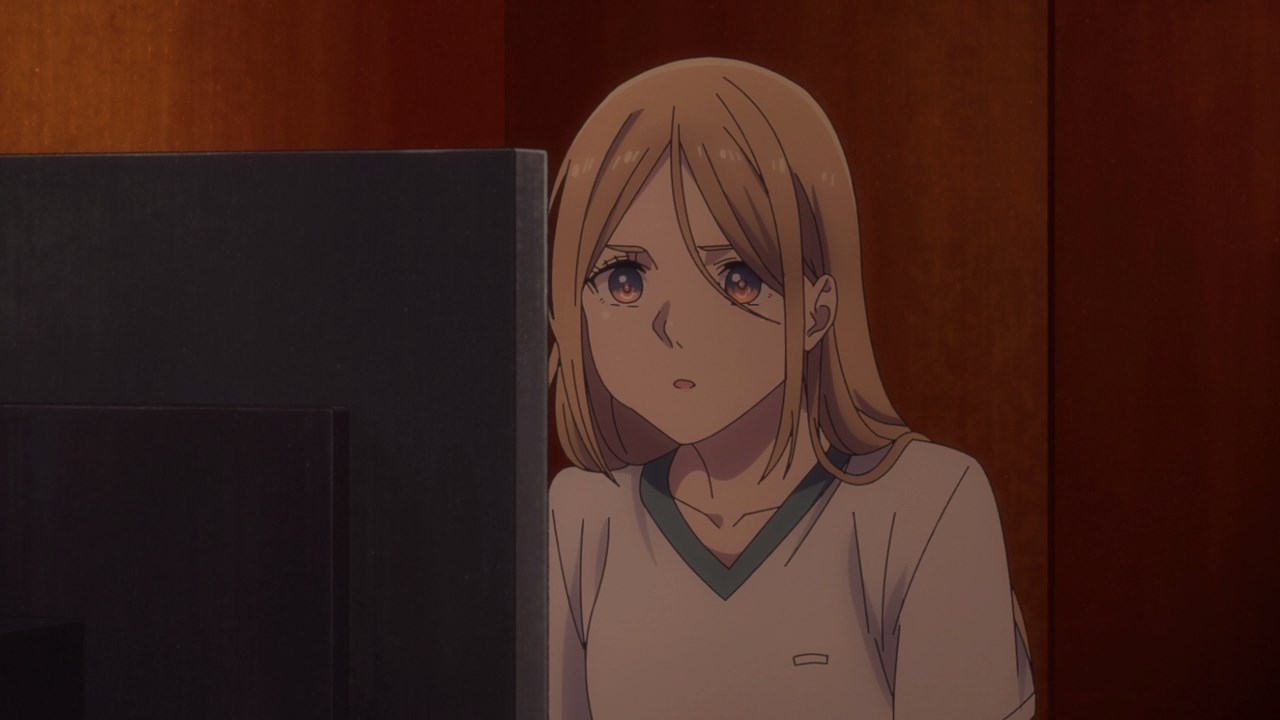 Unfortunately, it turns out that there’s a miscalculation in Eripiyo’s part as she looks as the computer. 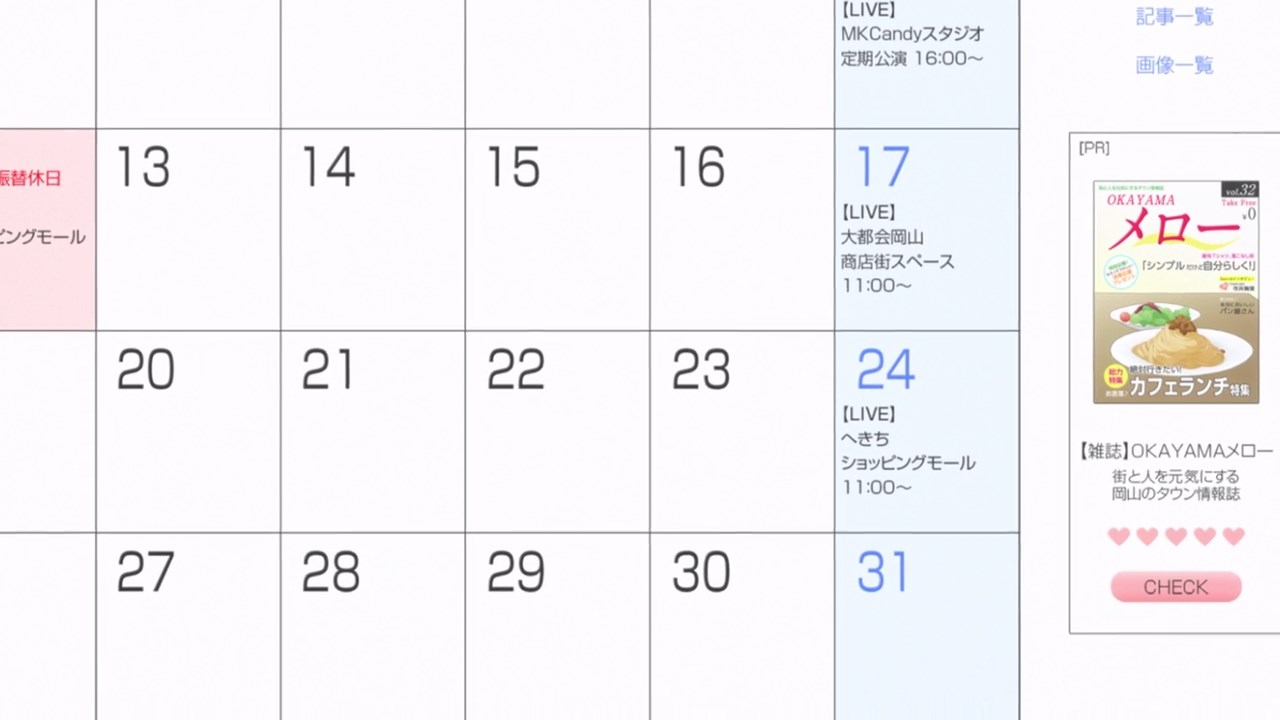 Turns out, Cham Jam’s concert is gonna held today at the city instead at the boonies. That’s a major OOF there by Eripiyo! 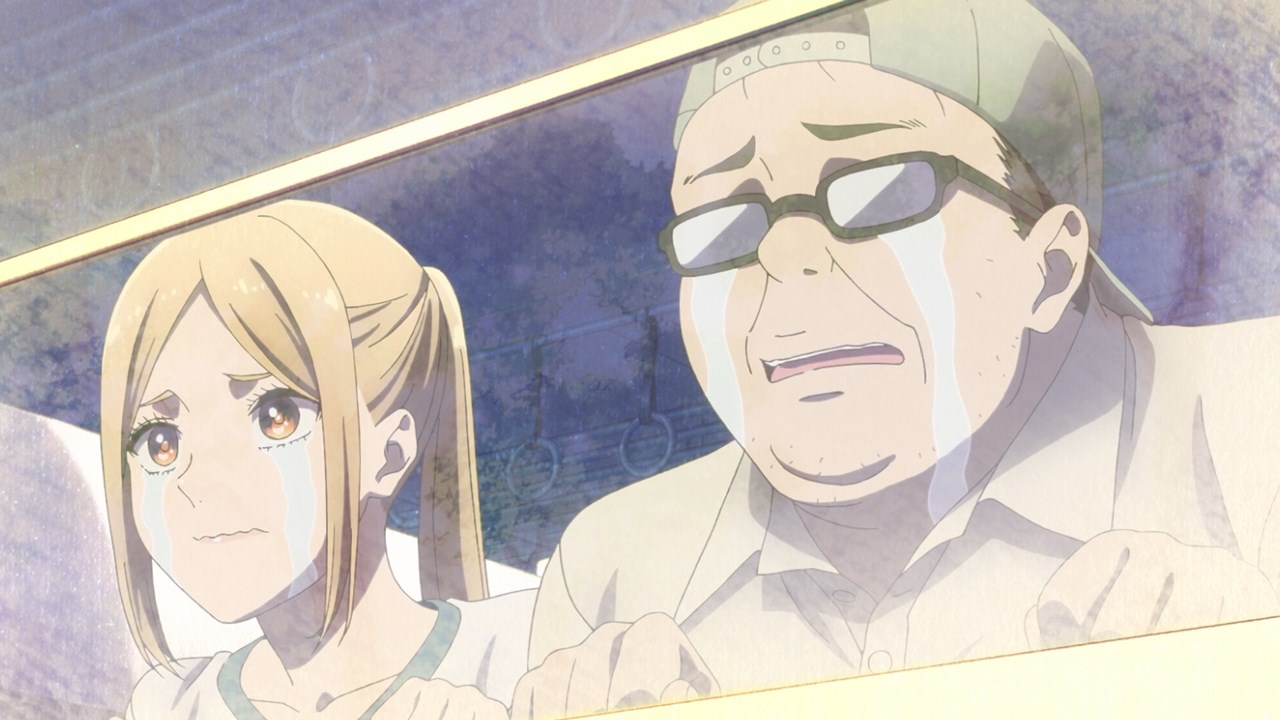 Well then, looks like Eripiyo and Kumasa will have to go back to Okayama by train, but that would take a long time to get back to the city. 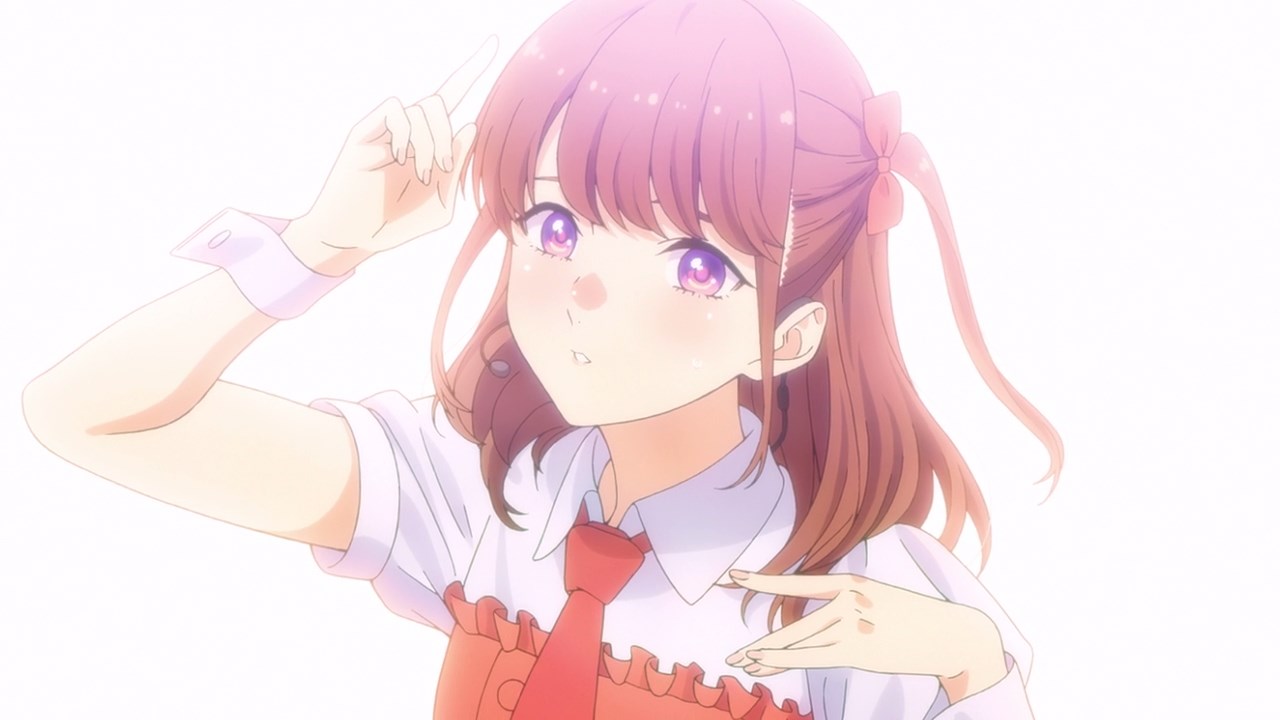 Meanwhile, here’s Maina where she’s performing together with the rest of Cham Jam at Okayama. Of course, she noticed a familiar face over the back row… 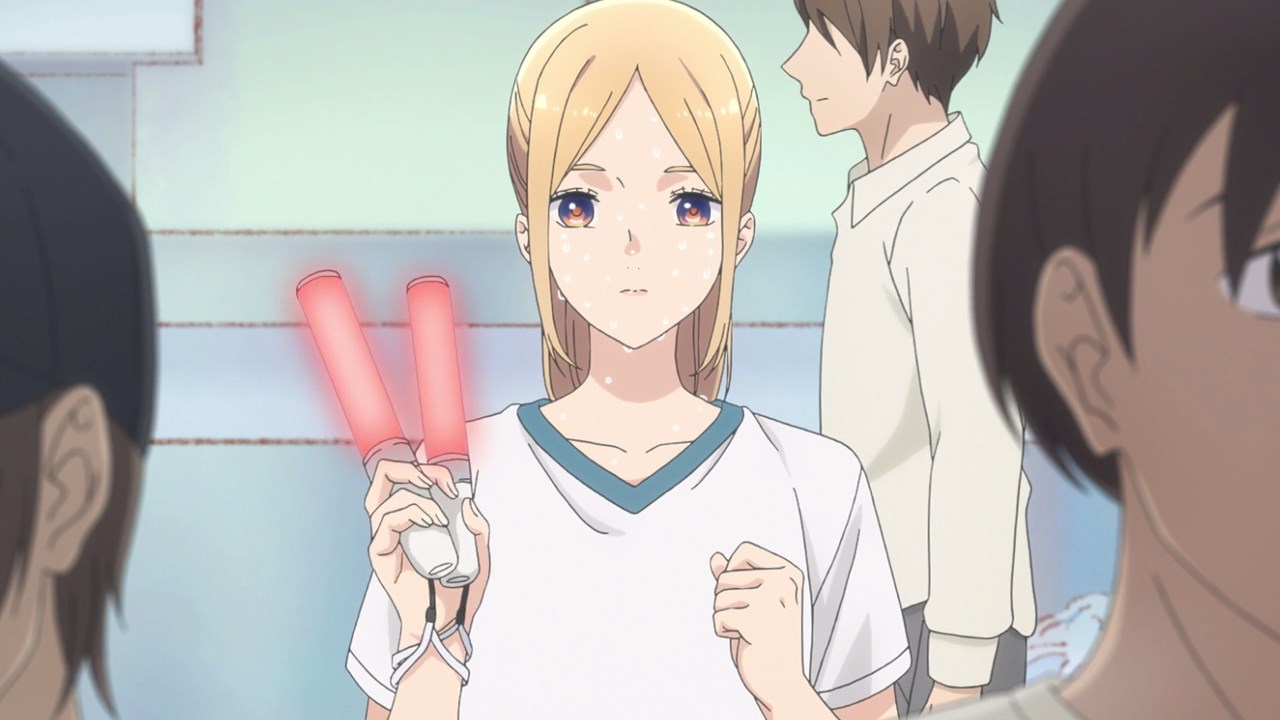 Turns out, it’s Eripiyo and she barely made it to the concert, albeit drenched in sweat as Eripiyo ran fast as she can to get to the venue. Wait, what about Kumasa? 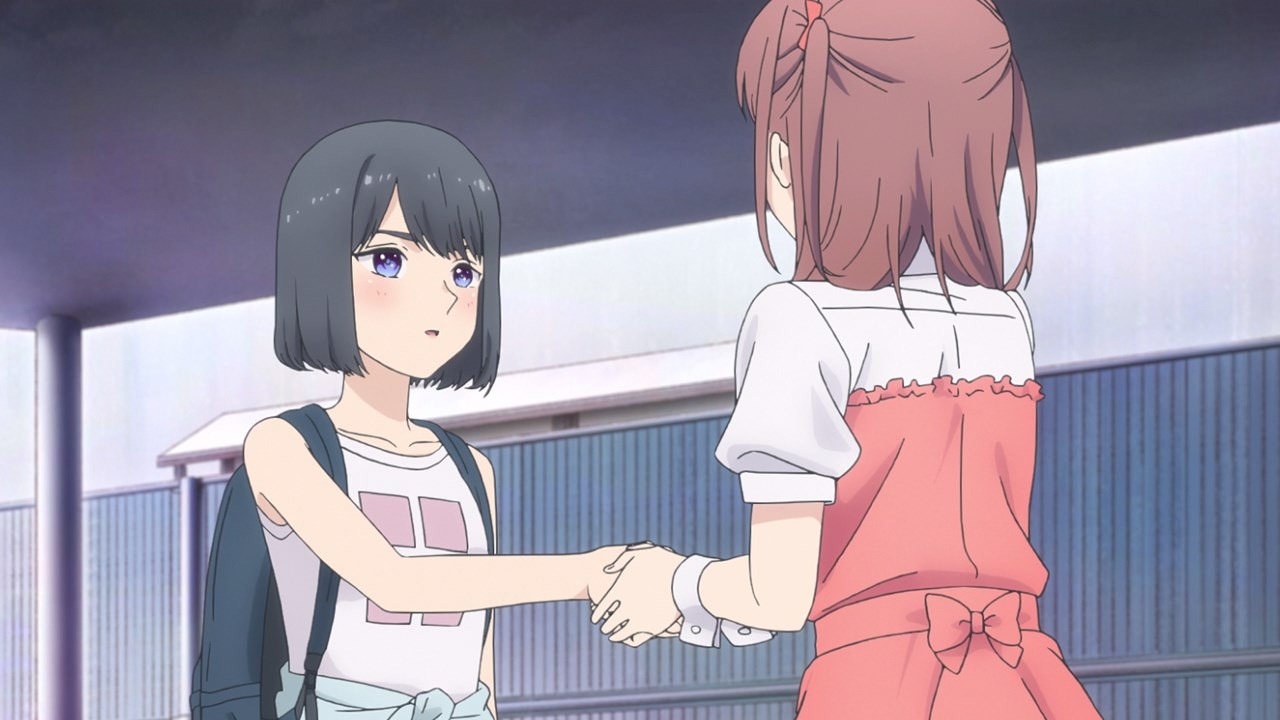 Afterwards, it’s time for the meet and greet session where Eripiyo was supposed to do her usual handshake with Maina, but a girl named Rena approached the idol instead.

For Maina, she’s happy to meet another fan other than Eripiyo. 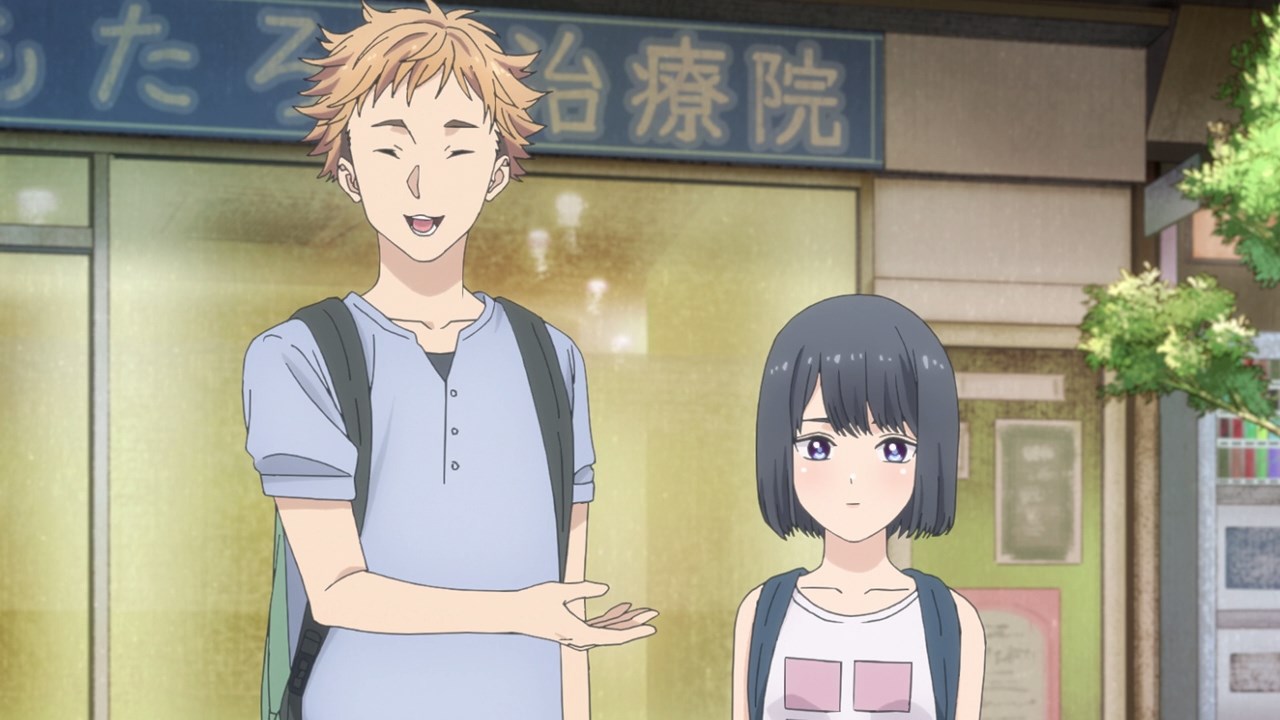 Oh yeah, and I forgot to mention that Rena is actually Motoi’s little sister, which makes me wonder if Motoi becoming a Sorane fan has something to do with Rena. I mean, Rena closely resembles Sorane Matsuyama.

You know what, I think it’s just coincidence that Rena resembles Sorane. Besides, Motoi has no intention of dating Sorane as he’s content of being a fan of her, 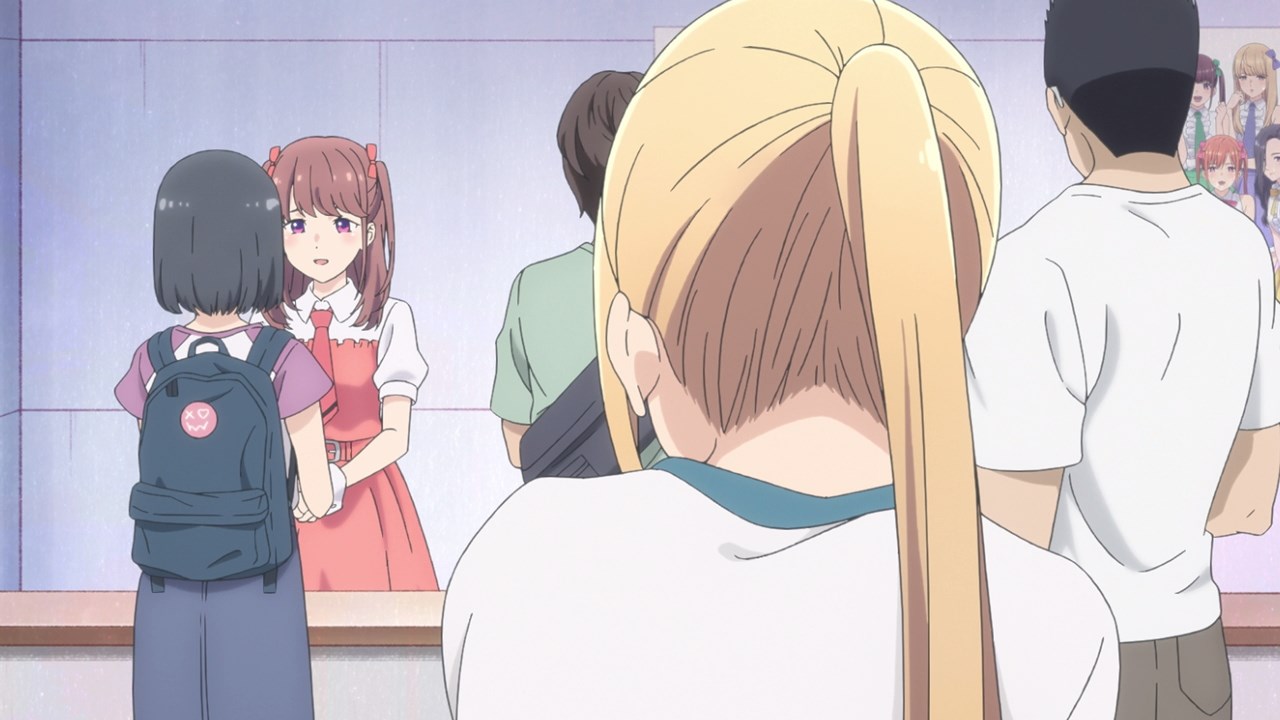 Meanwhile, here’s Eripiyo where it appears that Rena arrived to see Maina-chan. While she’s happy that there are people who are fans with Maina, Eripiyo felt jealous that Maina is talking to others. 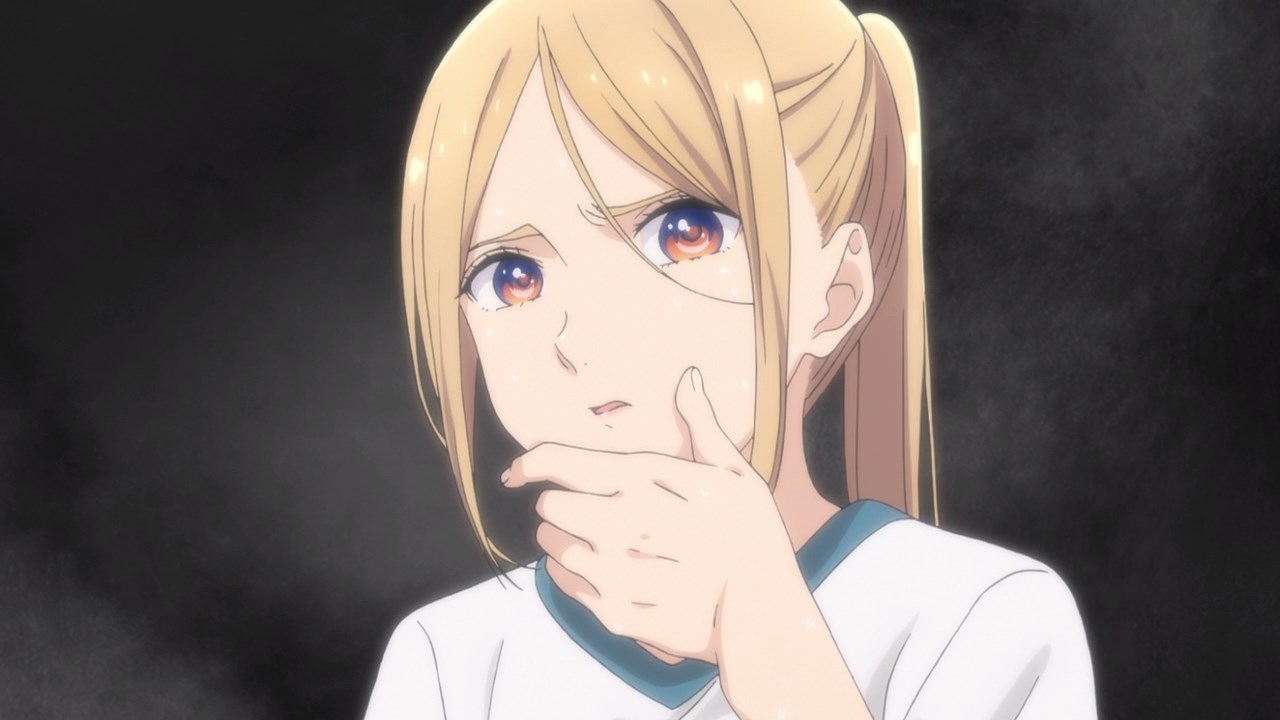 Still, Eripiyo found Rena to be her comrade since they’re fans of Maina Ichii, but Rena doesn’t take the idol fandom seriously as she prepares for her college exams. Regardless, glad that Maina got another fan. 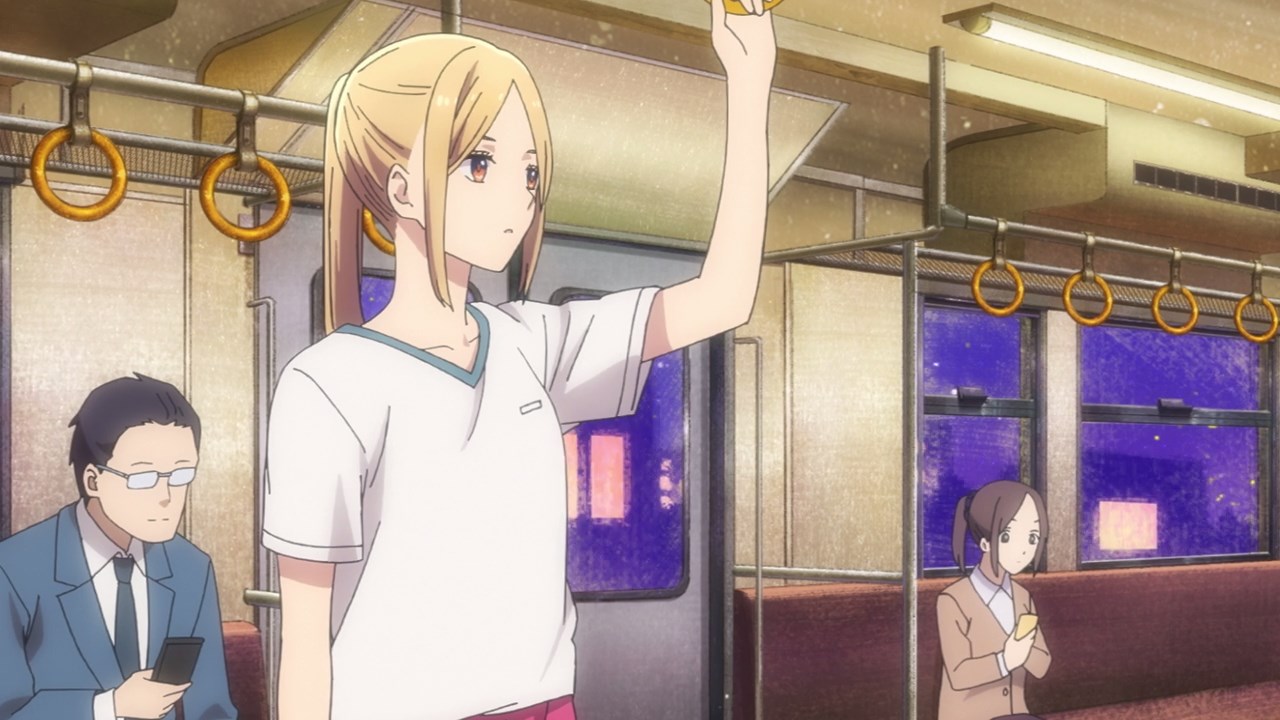 And now, it’s time for Eripiyo to head home after watching the concert and meeting Maina.

While she still wants to support Maina, Eripiyo felt that she’s getting a bit distant towards her favorite idol. Heck, it’s gonna be harder for Eripiyo when Cham Jam went mainstream and perform at the Budokan. 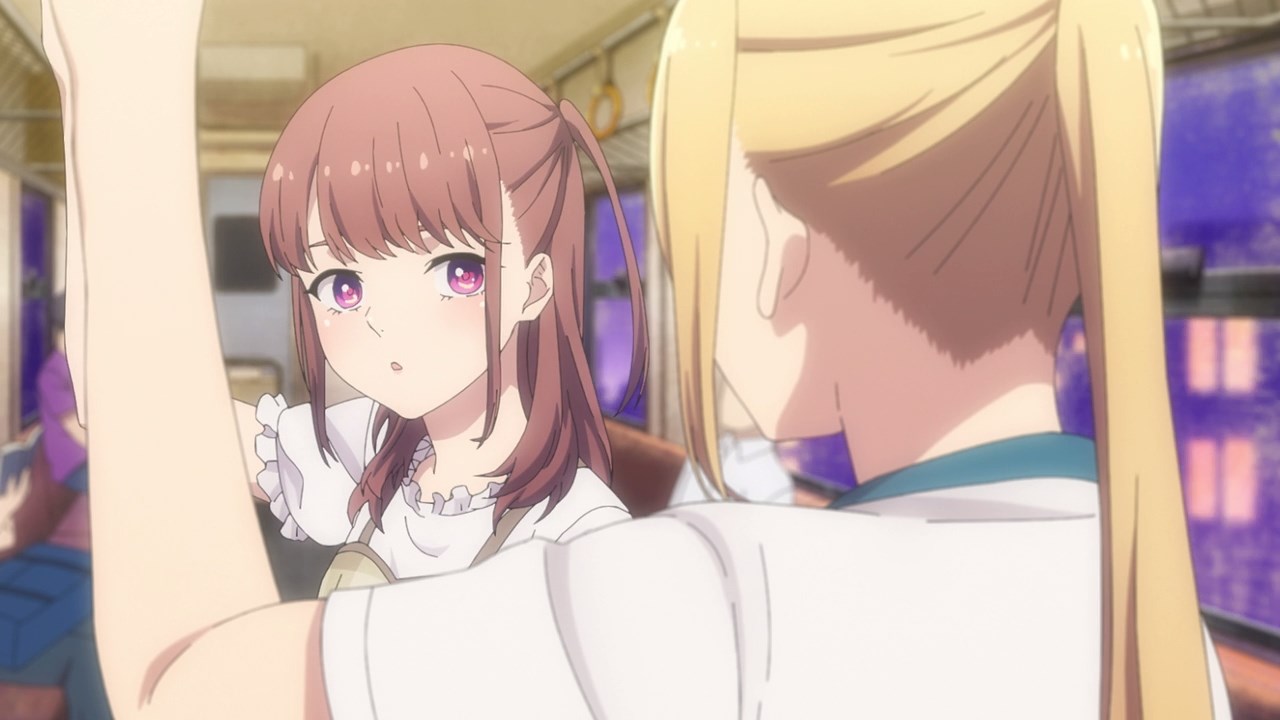 Speaking of Maina Ichii, looks like she went inside the train in her normal clothes. Gitta say that she looked cute even after dancing and singing in front of the crowd. 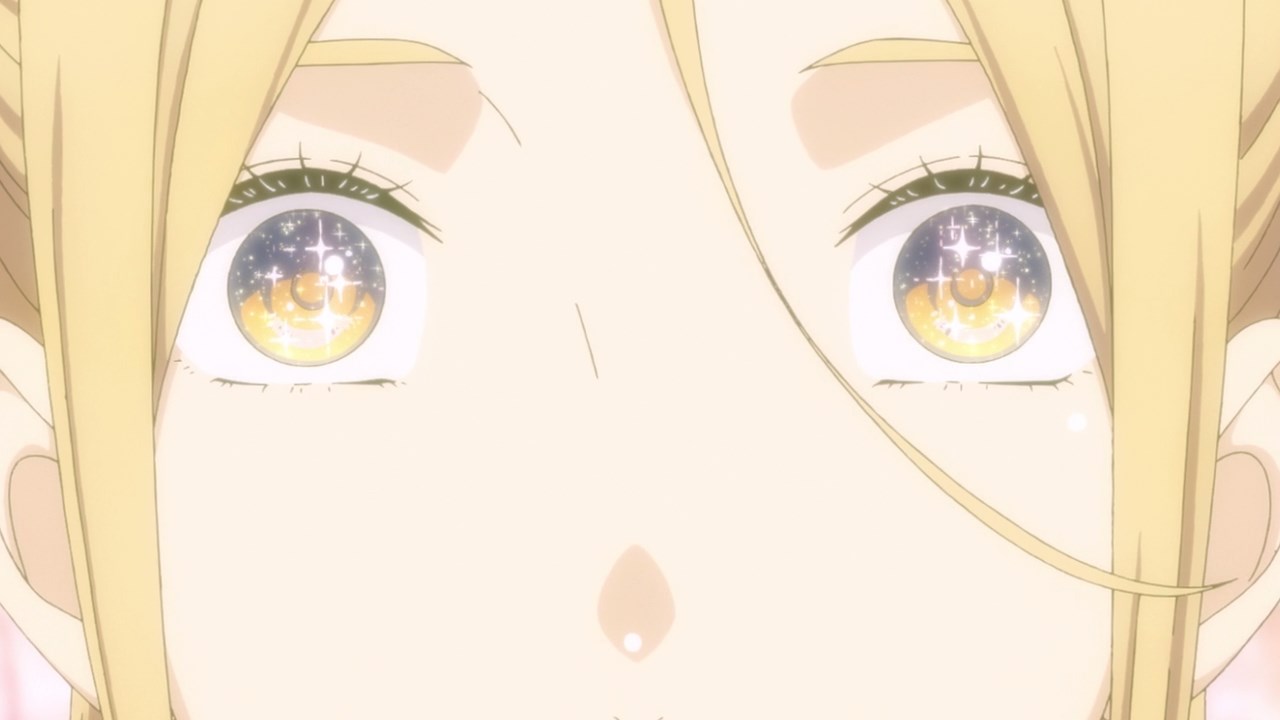 For Eripiyo, it’s rare to see her oshi in plain clothing as her eyes sparkle… 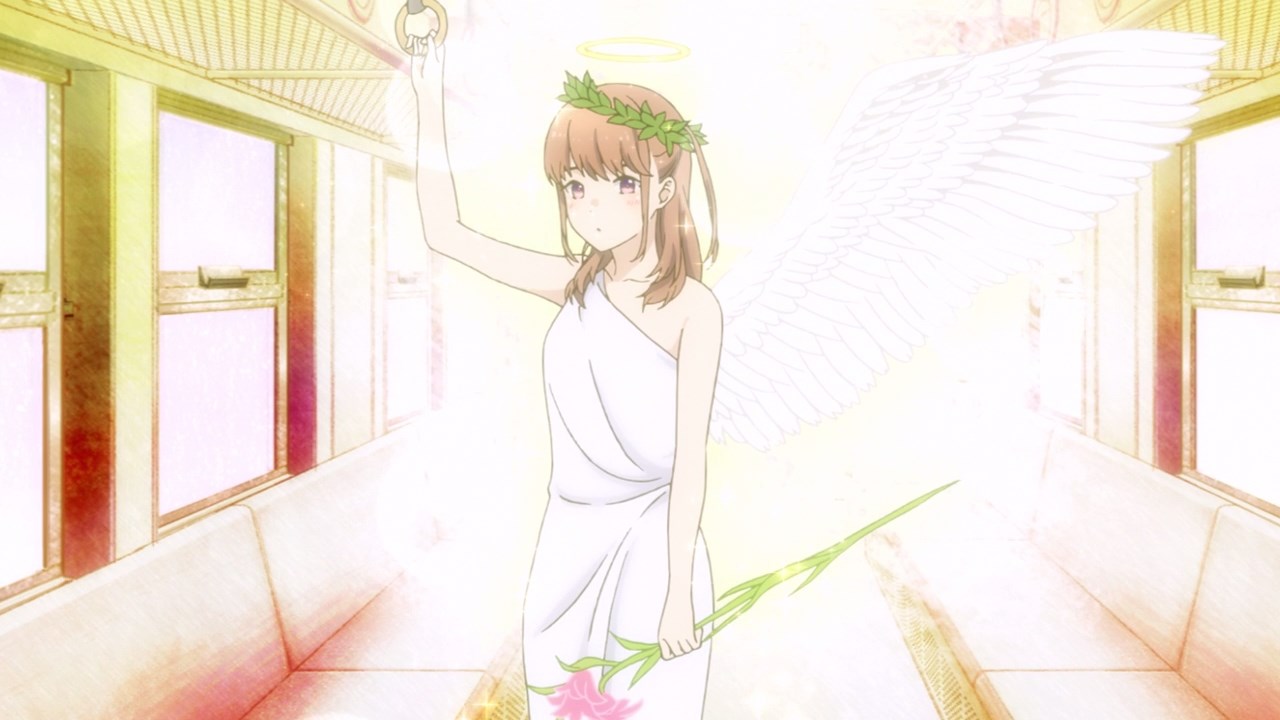 …and gaze Maina like an angel descended from the heavens. I have to admit that I feel jealous that she got lucky to see her favorite idol. 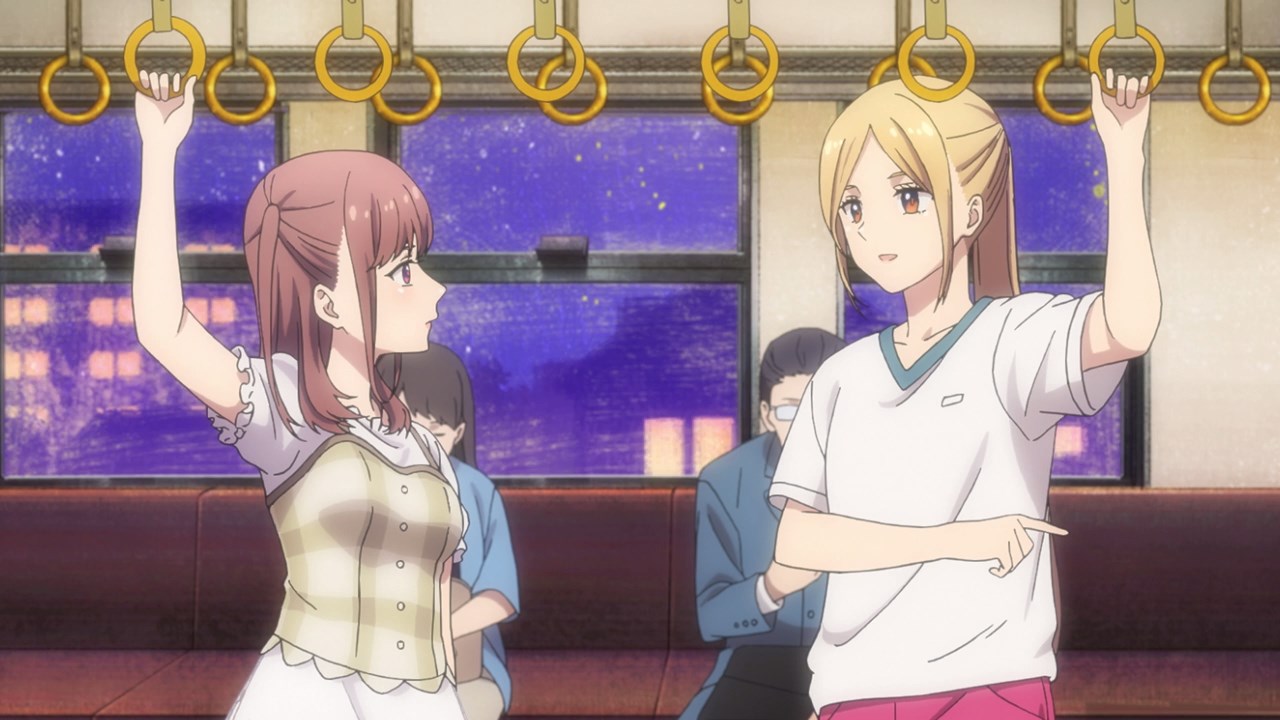 Now then, I’ll see you next time and I hope that Cham Jam will someday become a mainstream idol group. Of course, it’ll take years for them to perform at the Budokan, but for now Eripiyo and various fans are content of seeing them perform in Okayama.