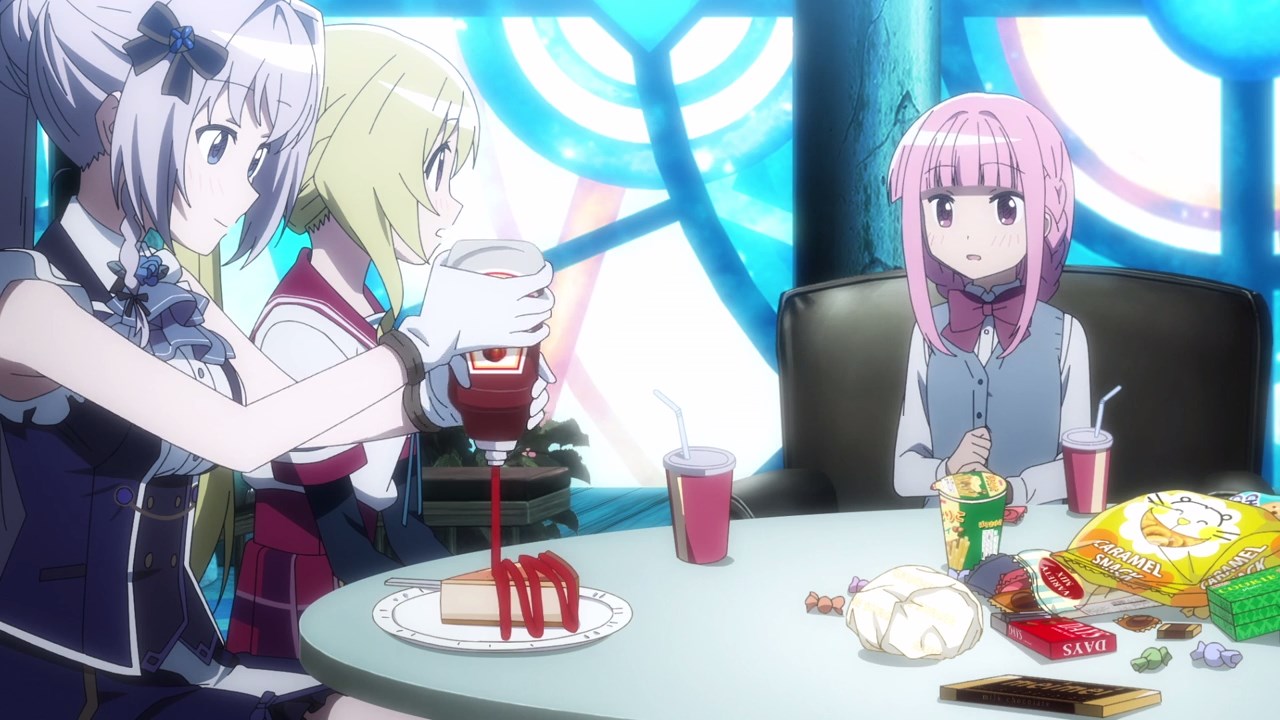 Let’s start this episode with Mitama Yakumo as she put ketchup onto her cake. Now, ketchup is great for savory foods like french fries and hamburgers, but putting it in pastries is disgusting.

Anyways, Momoko Togame told Iroha Tamaki that there’s a magical girl who can help her on finding Ui. Said magical girl happened to be a poster girl at a ramen restaurant. 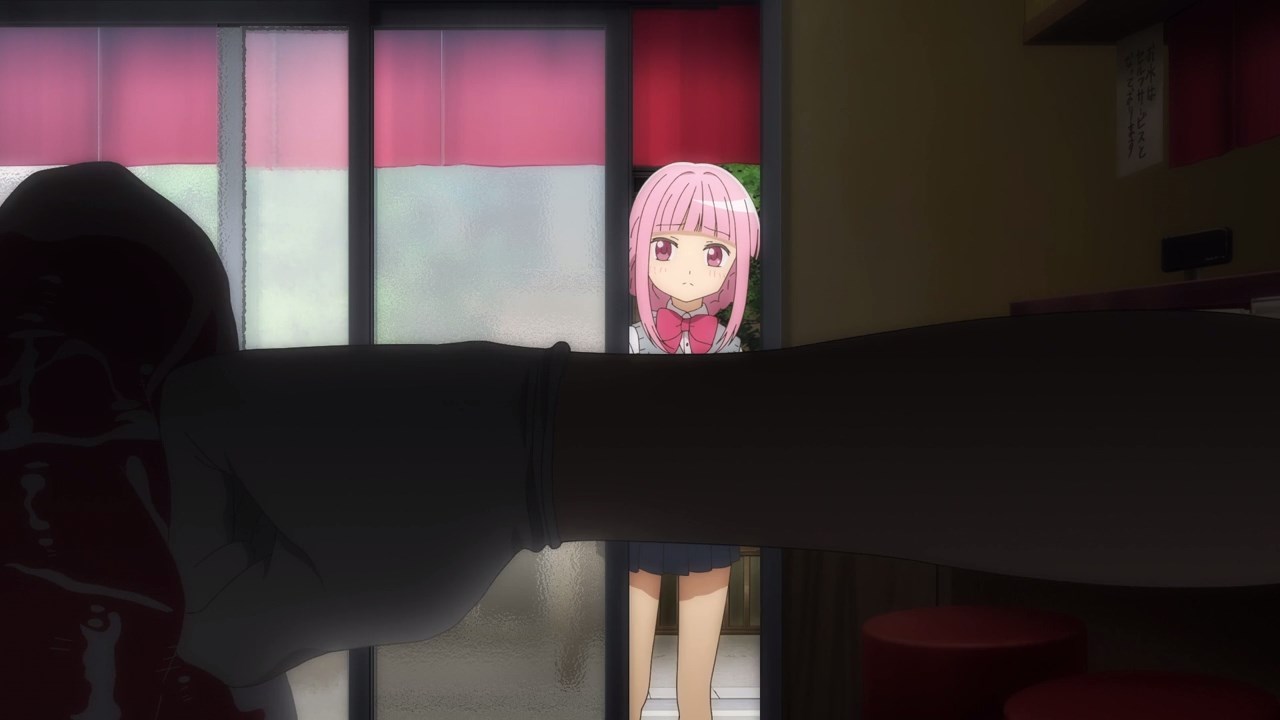 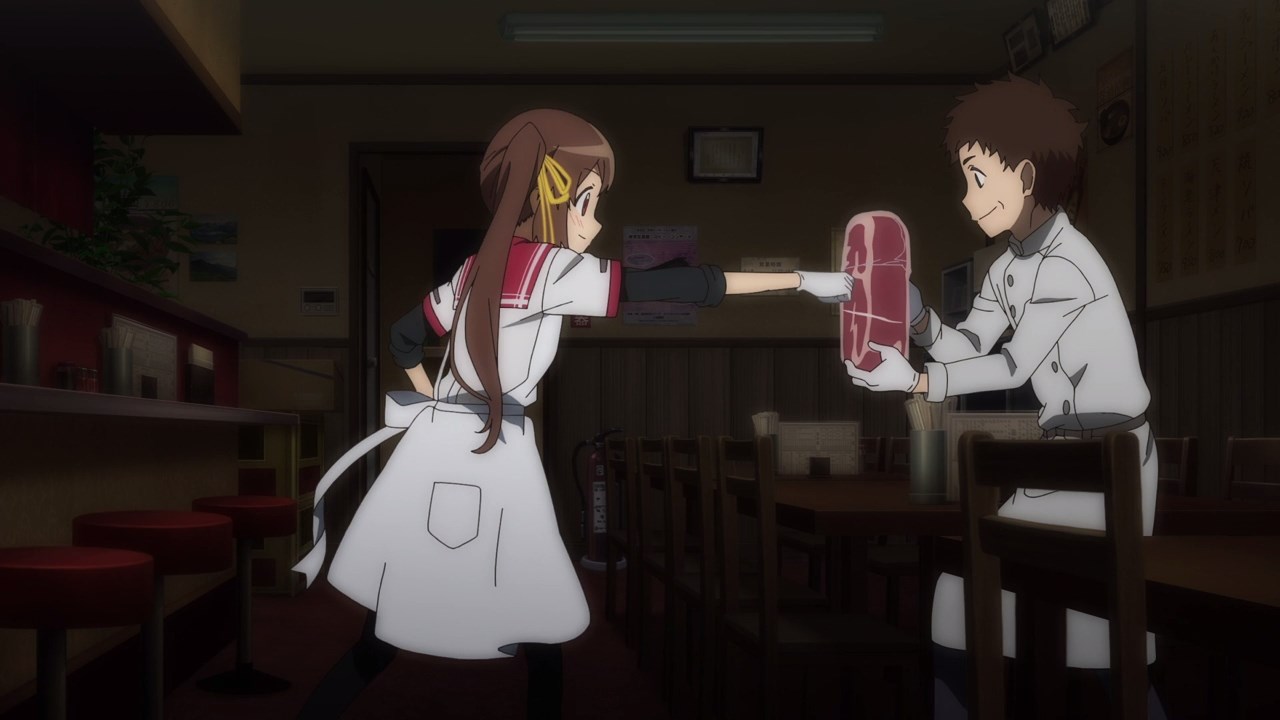 In any case, Iroha went there to find that magical girl, only to see someone tenderizing the beef with her fists.

Wait a minute, does this girl happened to be the one Momoko mentioned earlier? 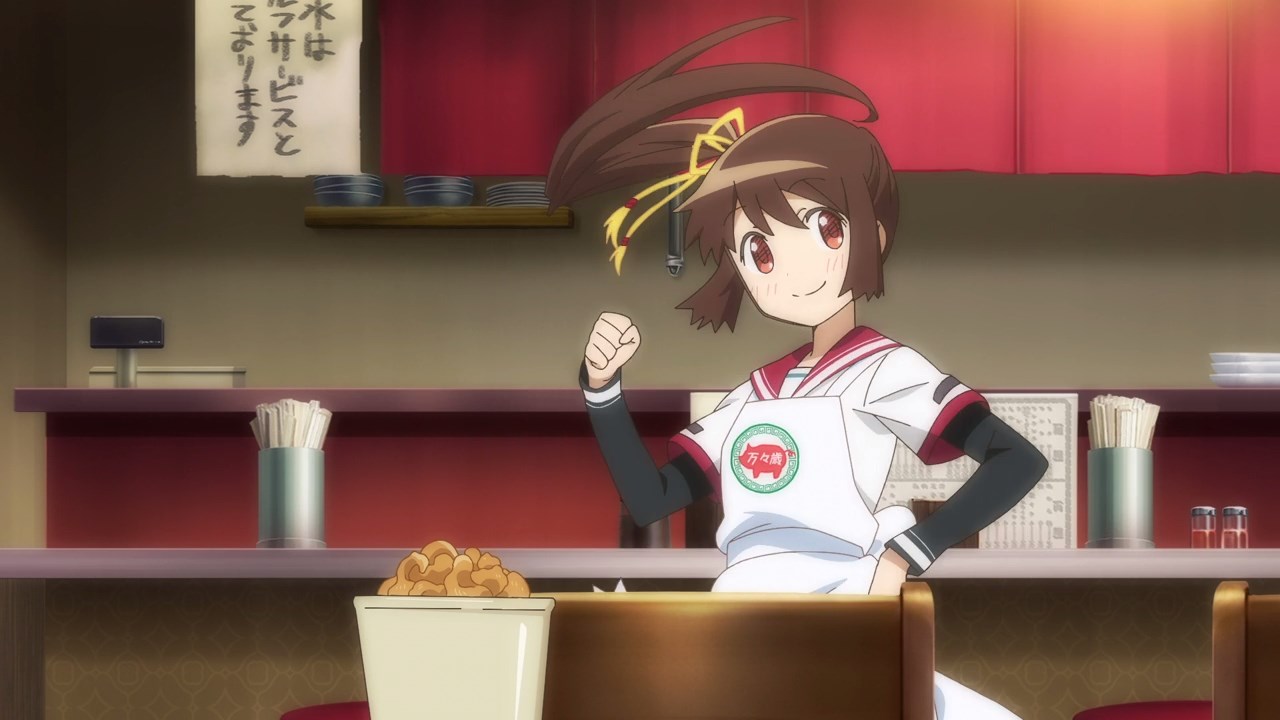 Anyways, meet Tsuruno Yui in which she’s a poster girl at Ramen Banbanzai.

Oh yeah, Tsuruno is also a magical girl where I think the reason why she become one is to protect her family-owned restaurant from shutting down. 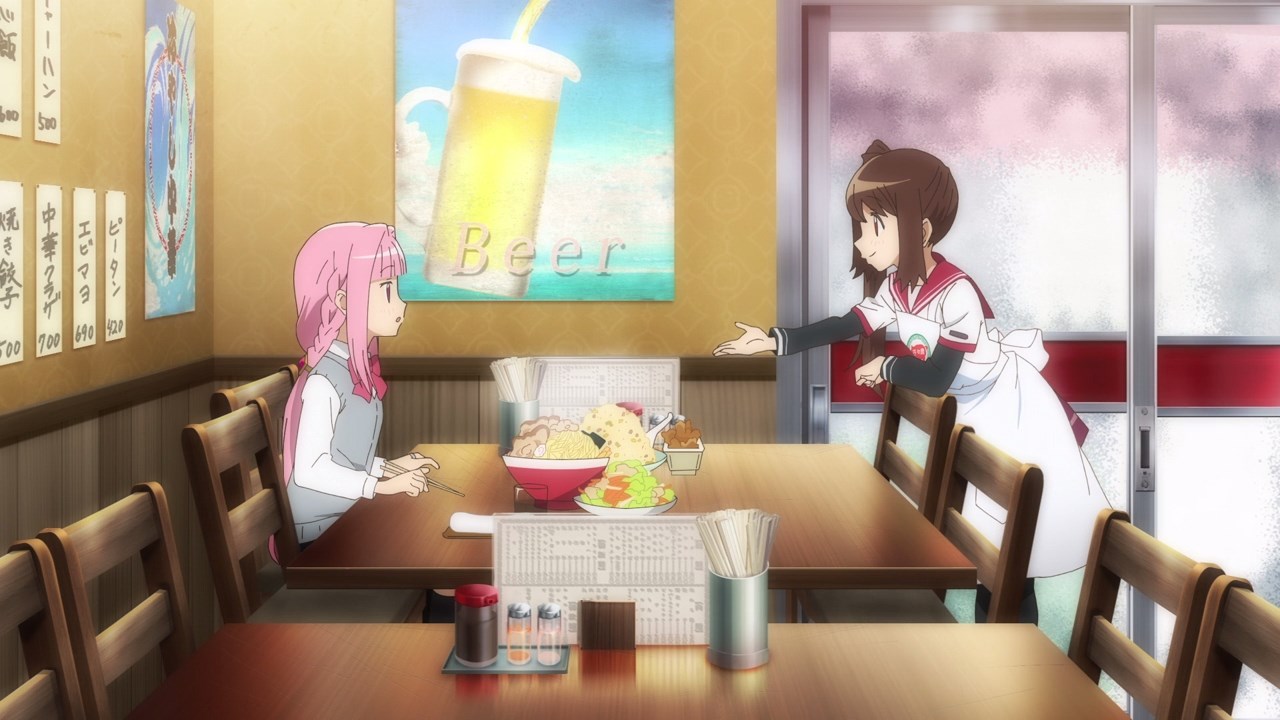 With that said, Tsuruno Yui welcomed Iroha Tamaki with a large meal on the house. And the reason why Iroha got a large bowl of ramen, chahan, and cabbage salad is because she’s a magical girl.

Anyways, Iroha asked Tsuruno for help on finding her long-lost sister, but Tsuruno couldn’t help her unfortunately. However, Yui knows someone who can help Tamaki. 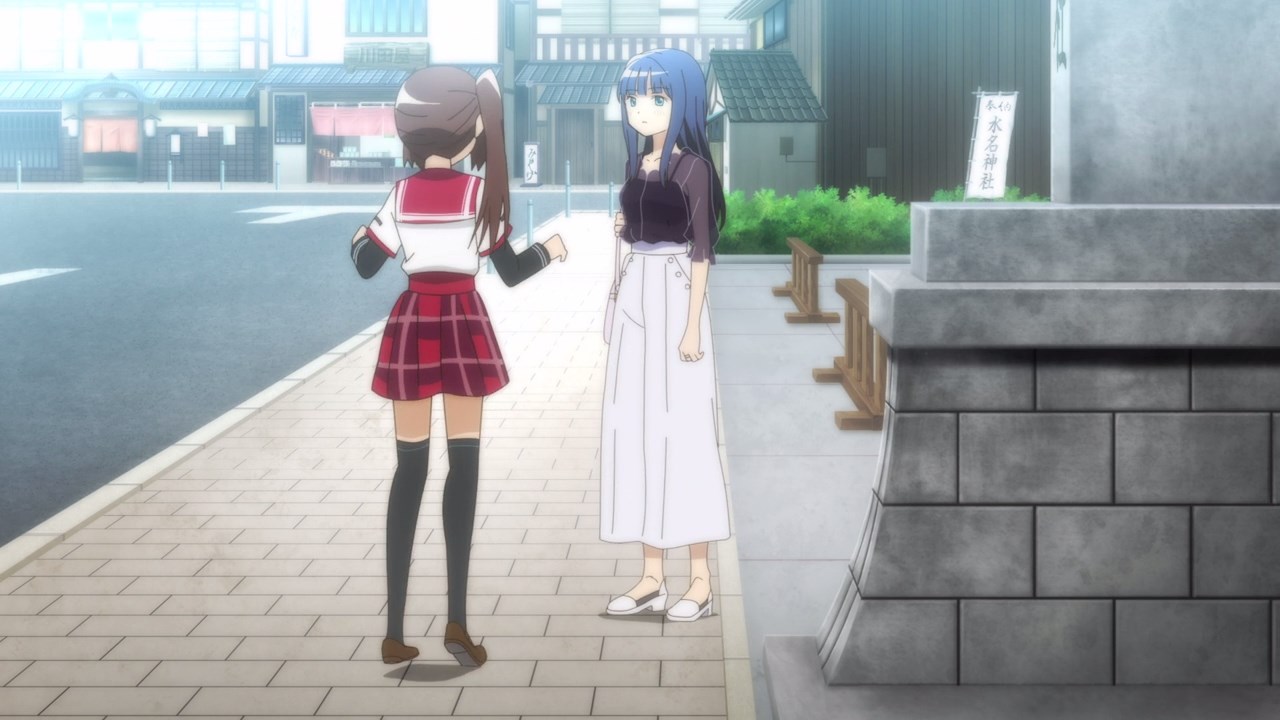 Someone like Yachiyo Nanami. Wait a minute, there’s no way Yachiyo would help Iroha on finding Ui because she’s busy destroying witches. 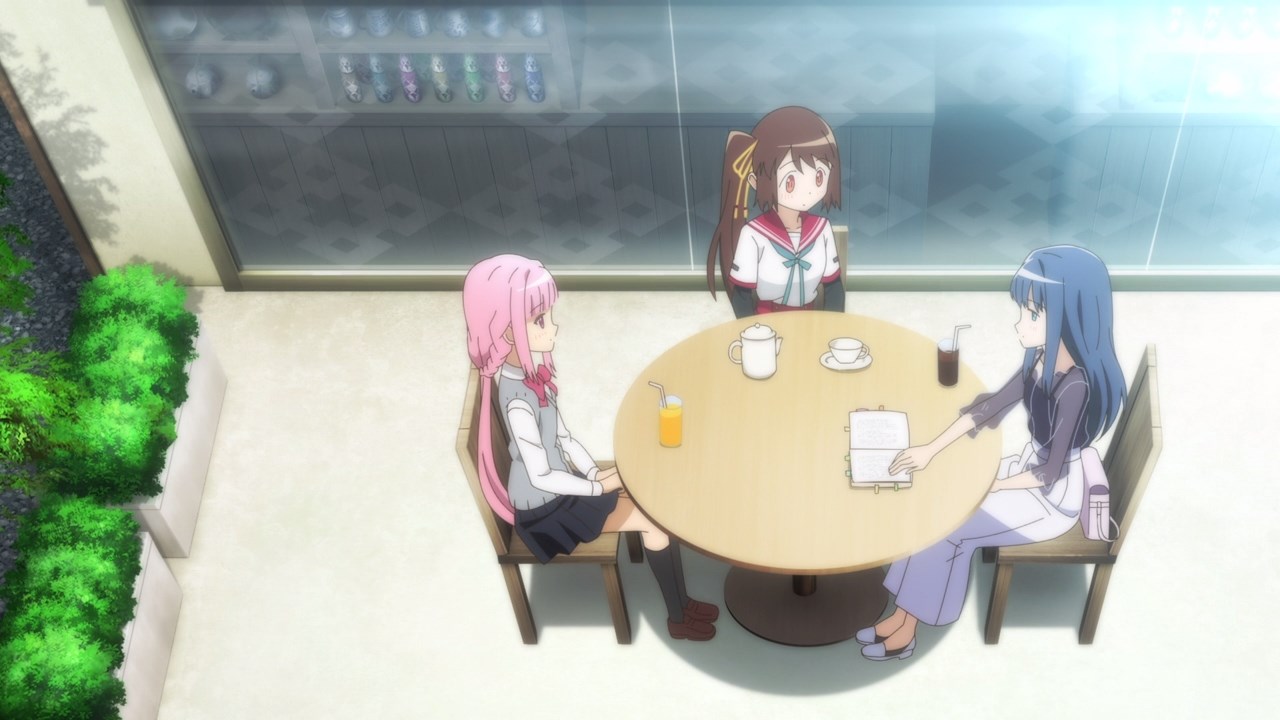 On second thought, Yachiyo has decided to ask both Iroha and Tsuruno on solving a rumor about the Séance Shrine, which is said that people disappeared after meeting their loved ones there.

Man, Kamihama City has gone dangerous ever since Homura Akemi rewrote the world. I’d rather have Madoka Kaname become a goddess instead so that various girls won’t have to fight witches anymore! 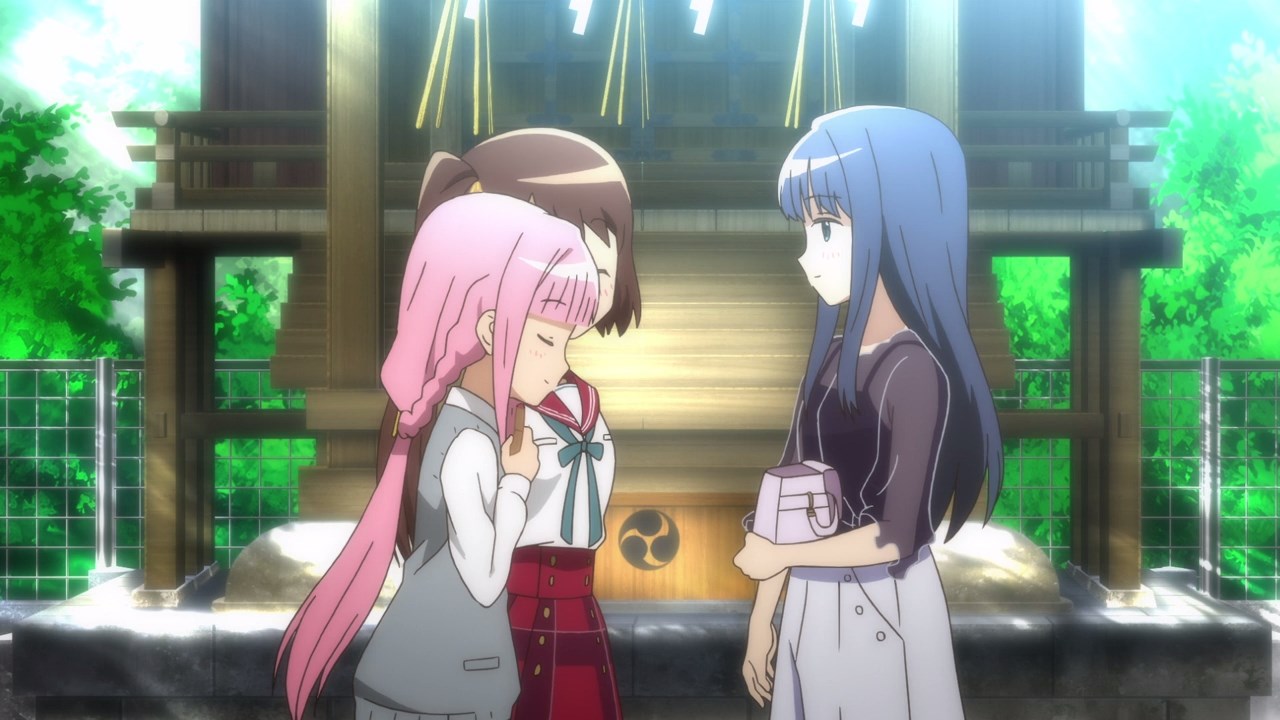 With that said, let’s start investigating the rumored Séance Shrine by starting their journey at the Mizuna Shrine.

There, Iroha Tamaki and the rest must write the name of the person they want to meet at a wooden plaque. 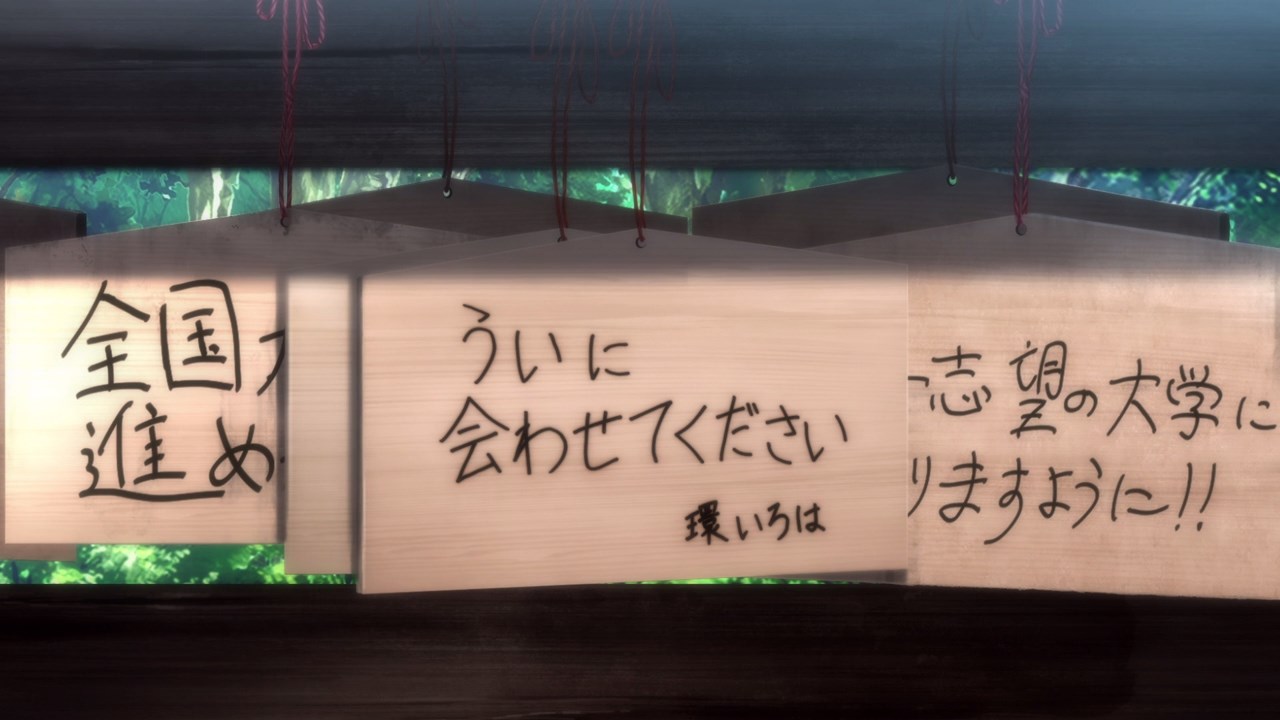 And while Iroha wrote the name of her little sister, I’m curious on what Yachiyo and Tsuruno wrote at their ema plaques.

Could be someone dear to them that was dead or even forgotten by everyone? Who knows… 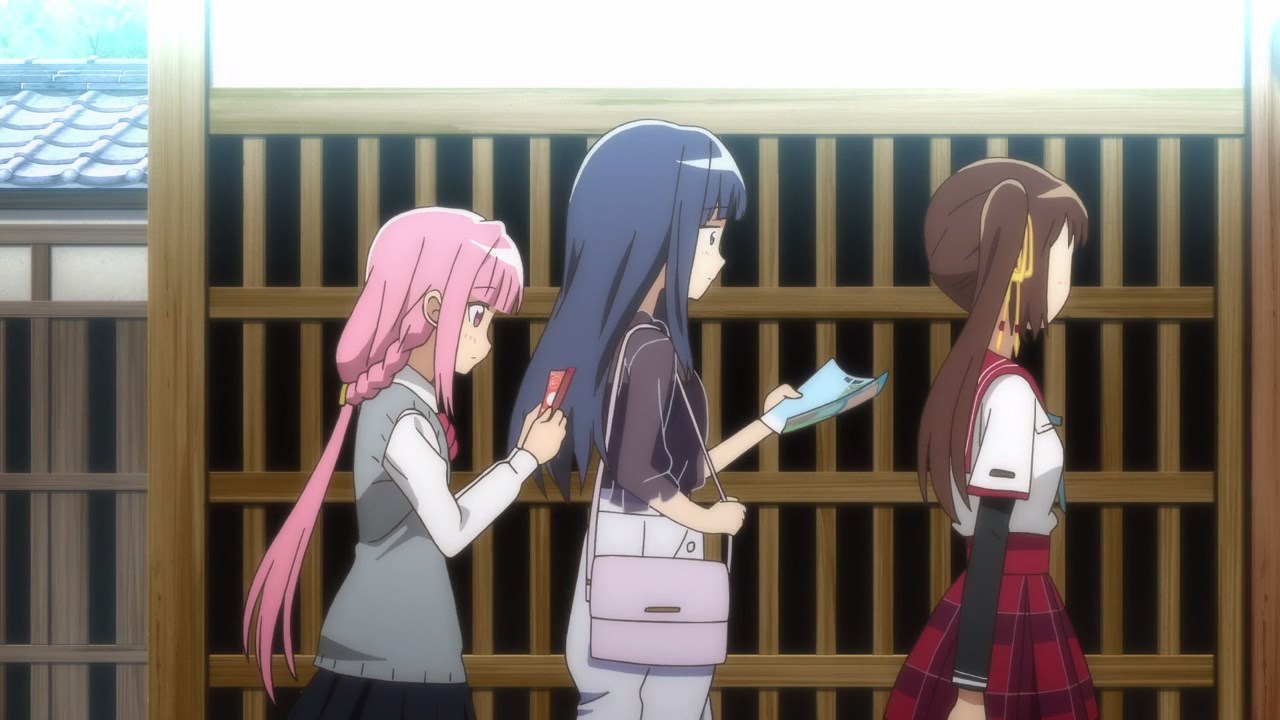 Meanwhile, Yachiyo Nanami explains to them that the rumored Séance Shrine is linked to a tragic story of a noblewoman who want to meet a man from a lower class. 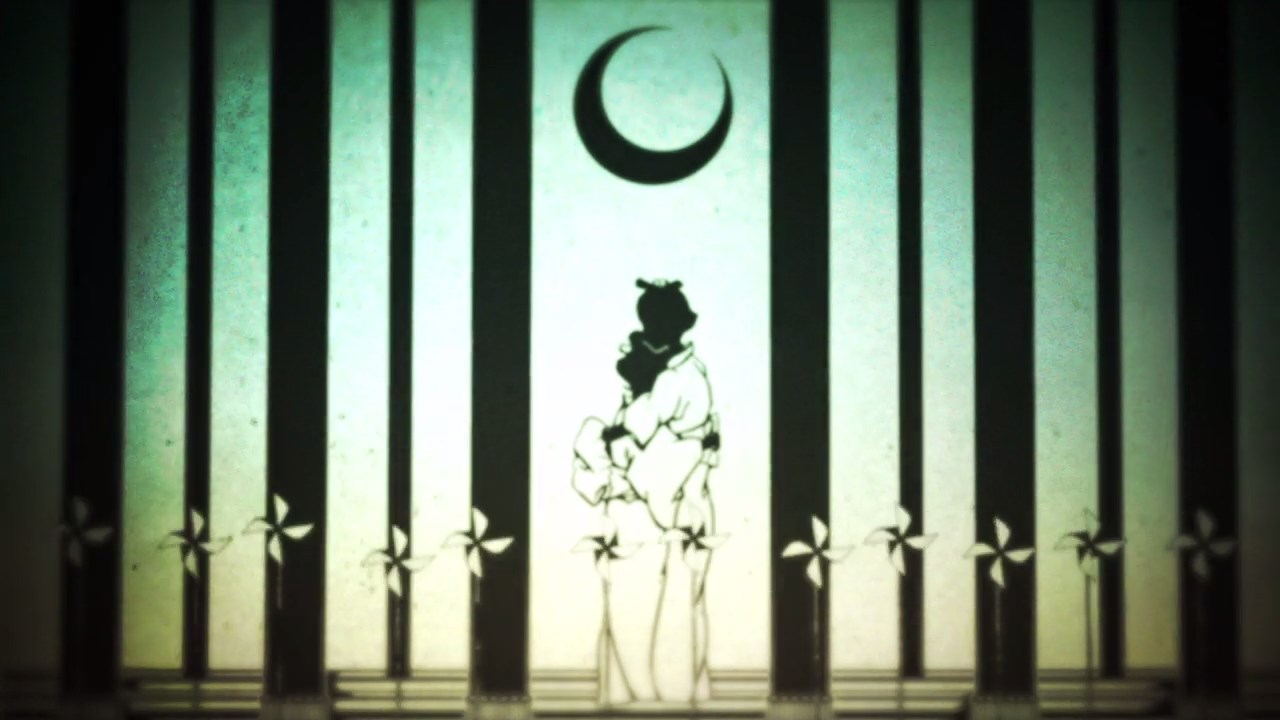 And while that woman finally reunited with her lover at the Séance Shrine, Yachiyo told Iroha and Tsuruno about the tale’s dark side as the noblewoman sacrificed thousands of girls in order to see her beloved from the afterlife.

So yes, this tale is not all that bittersweet because it involves letting young maidens die. Oh and in regards to the Séance Shrine’s location? It’s located at the Mizuna Shrine. 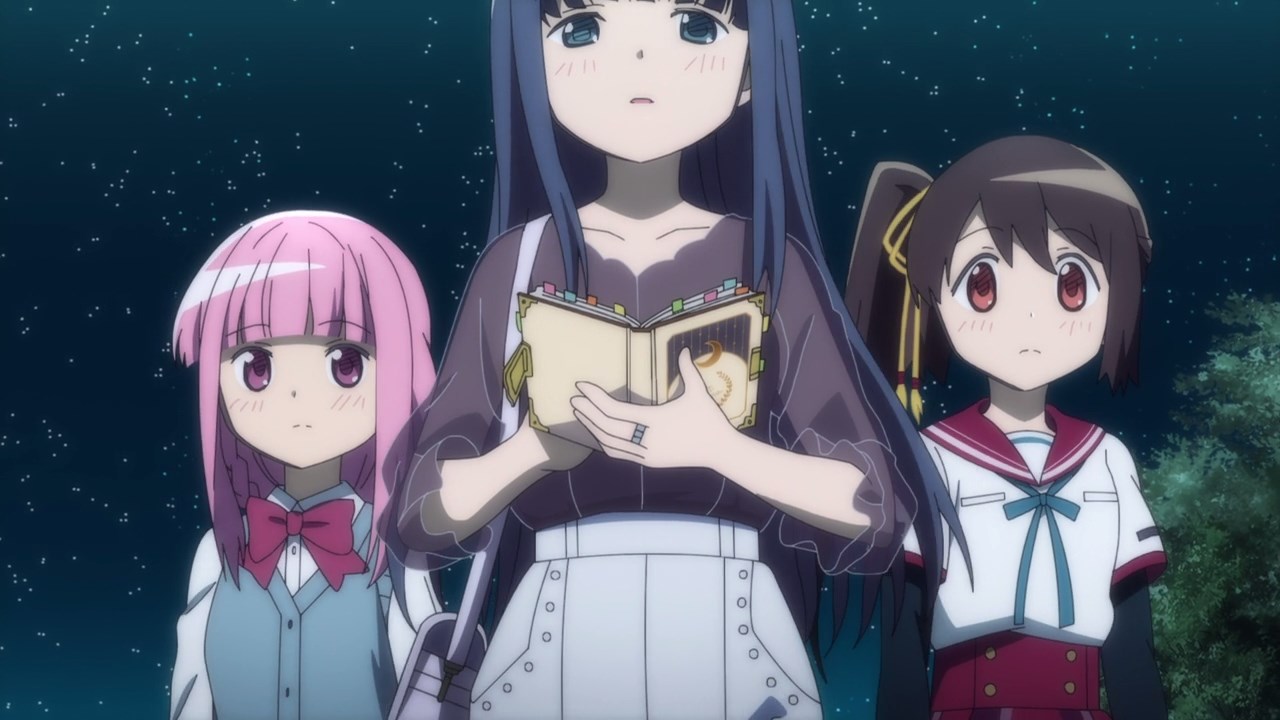 But, Yachiyo told them that the Séance Shrine will appear at night. Thus, the girls went back to Mizuna Shrine where it’s closed and no one is guarding it. 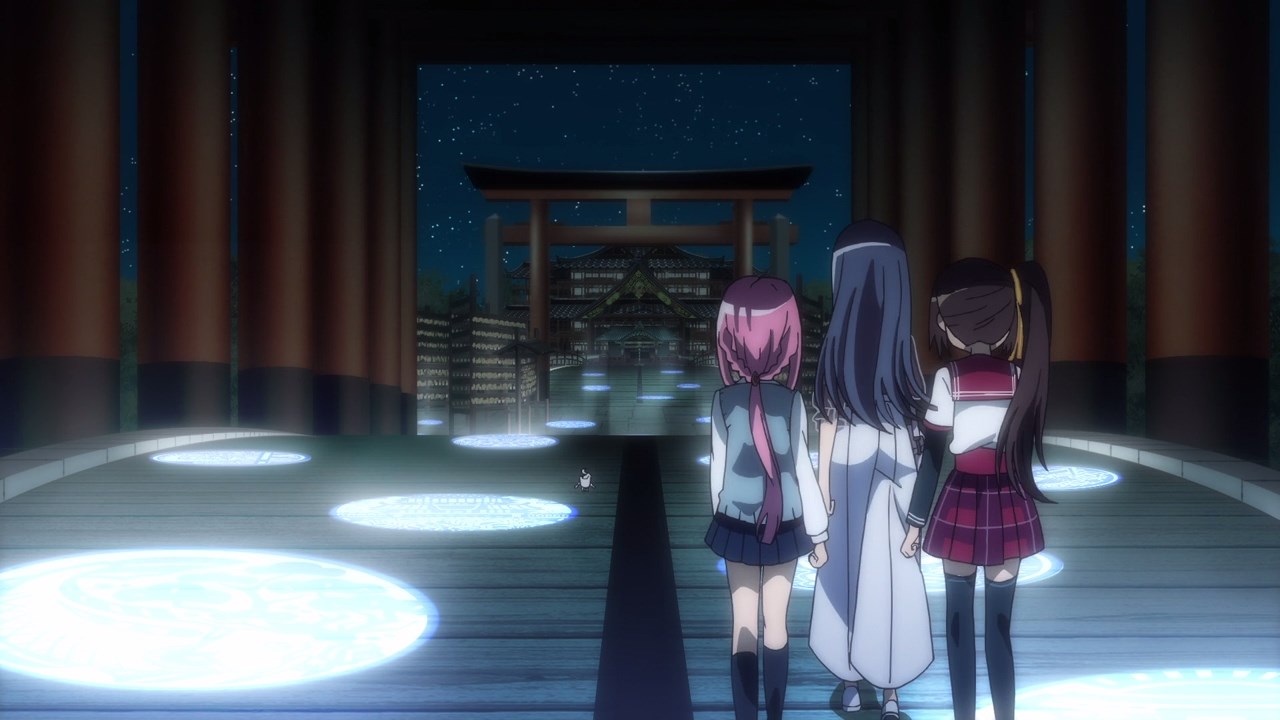 But you know what, this atmosphere inside Mizuna Shrine is surreal yet beautiful at the same time. I guess it has something to do with the lighting. 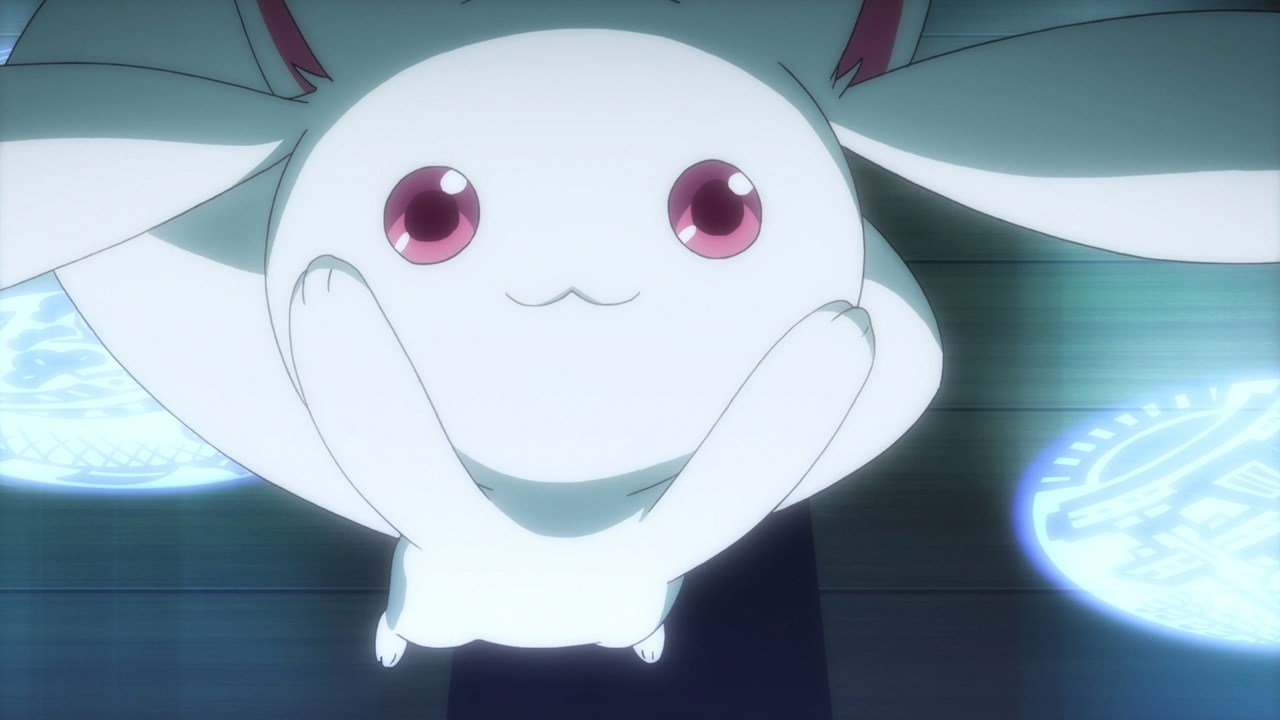 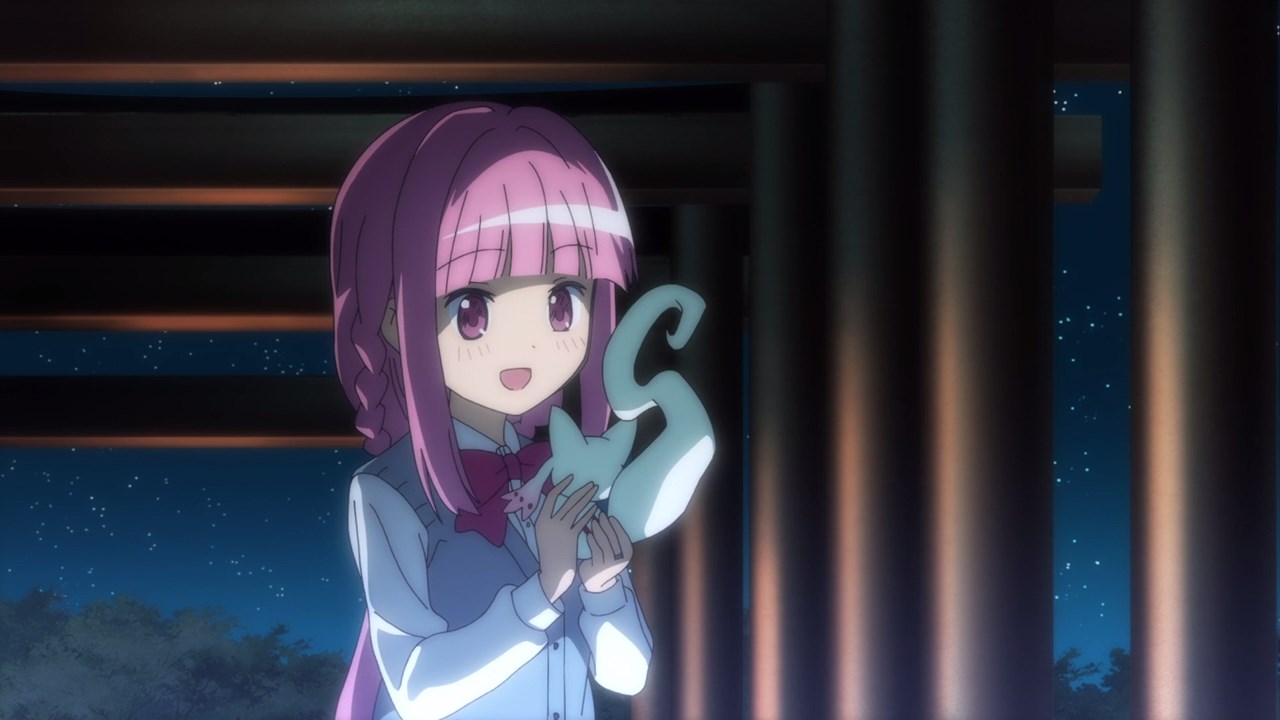 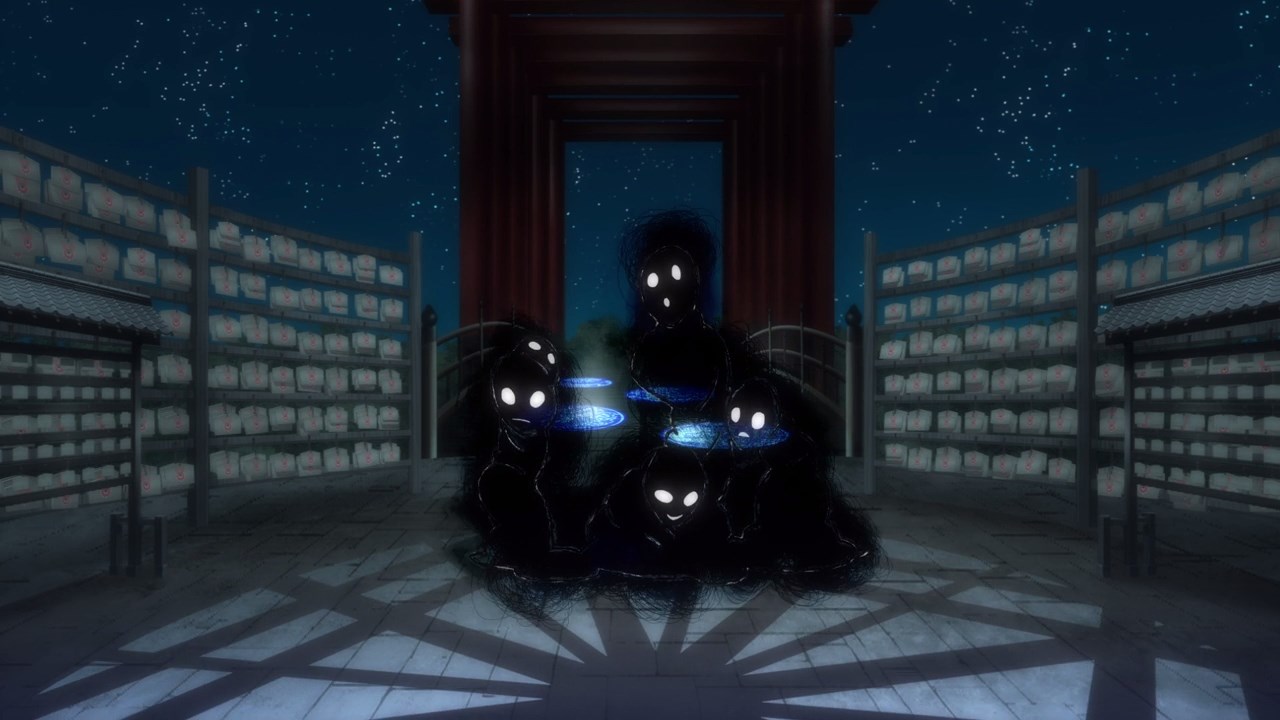 Suddenly, it appears that the witches doesn’t like outsiders disturbing the Séance Shrine as it unleashed its attacks on the magical girls. 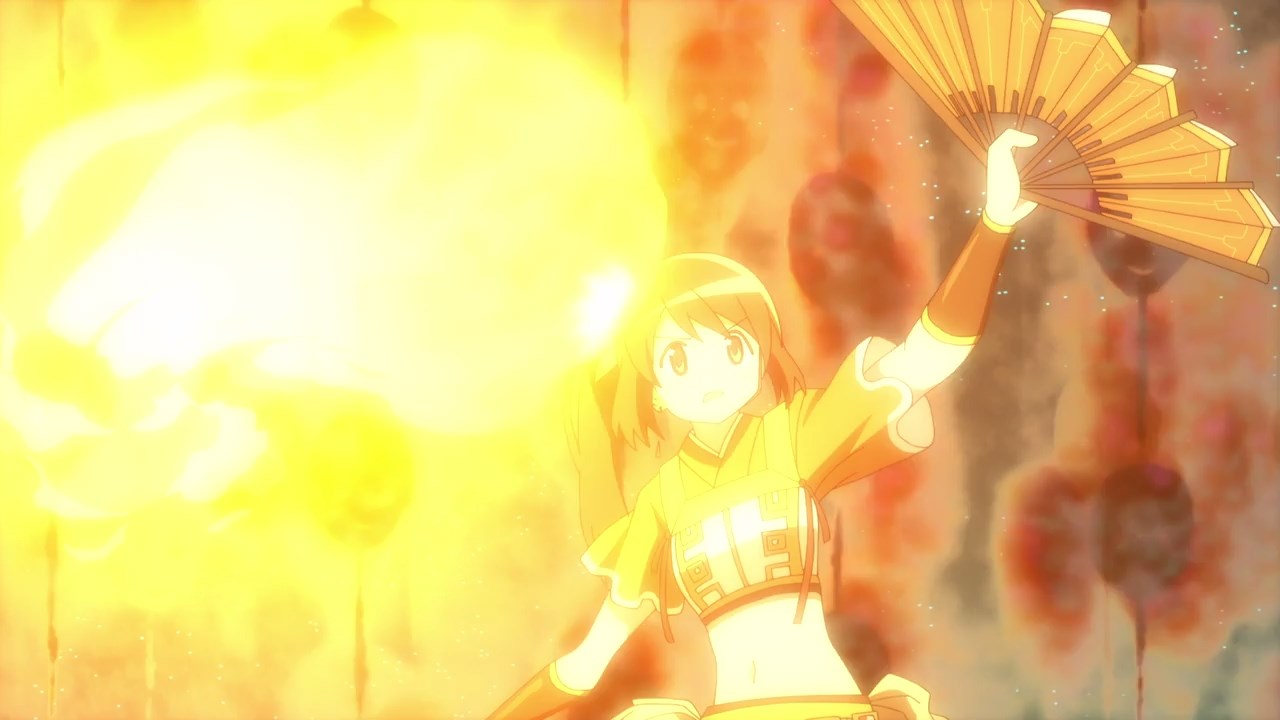 Luckily, Tsuruno Yui has decided to hold the line until both Iroha Tamaki and Yachiyo Nanami got inside the heart of the Séance Shrine. Let’s hope that Tsuruno survive the onslaught. 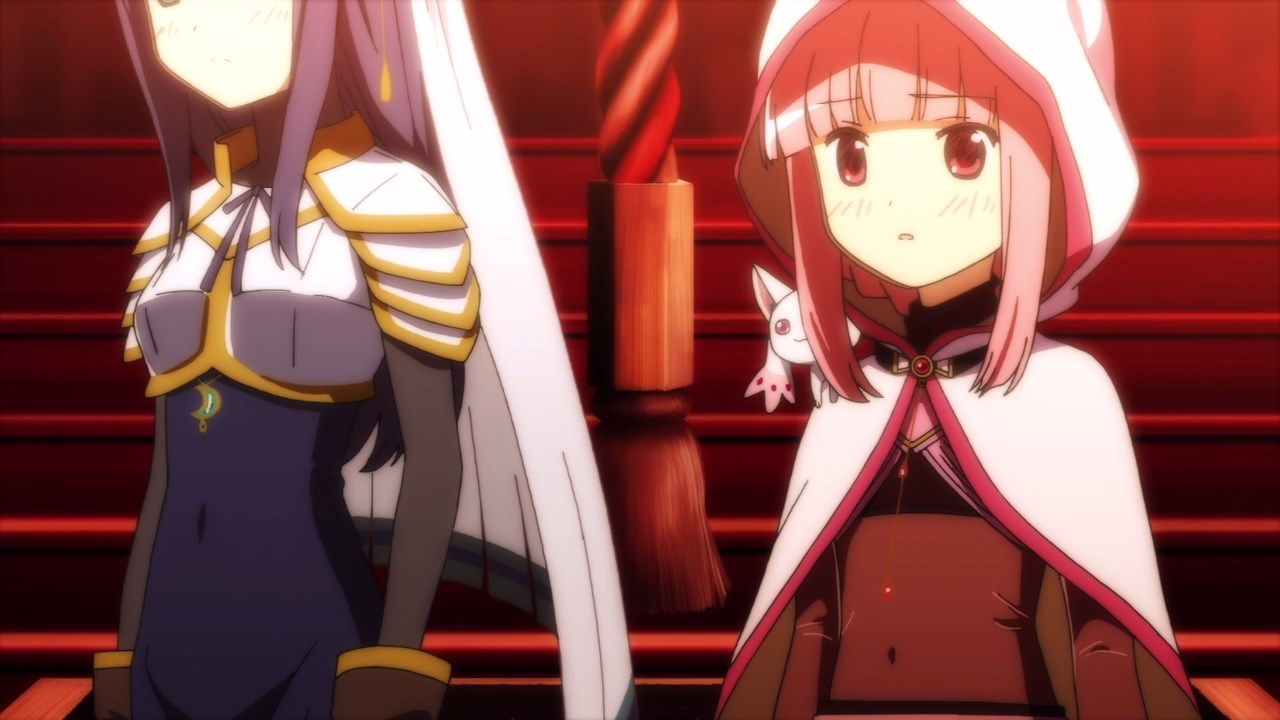 So while Tsuruno takes care of fending off the witches’ attacks, Yachiyo and Iroha have finally got inside the Séance Shrine where they see if the rumors of seeing their loved one are actually true. 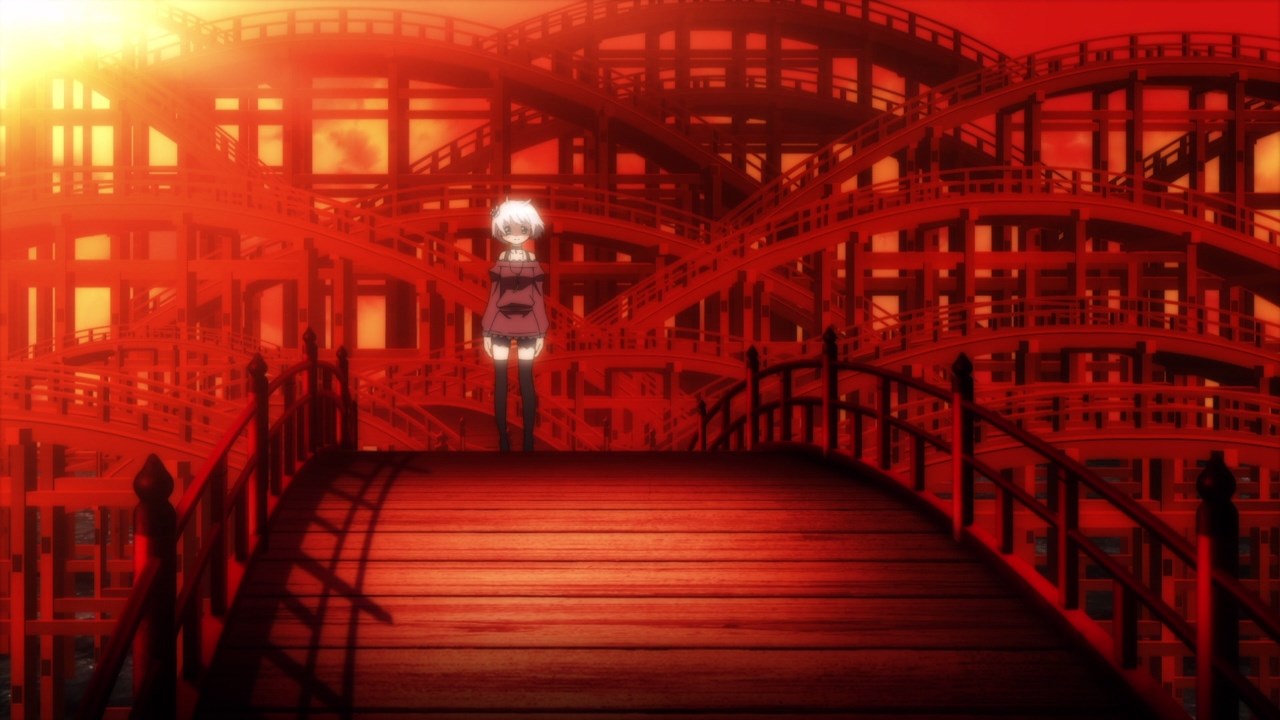 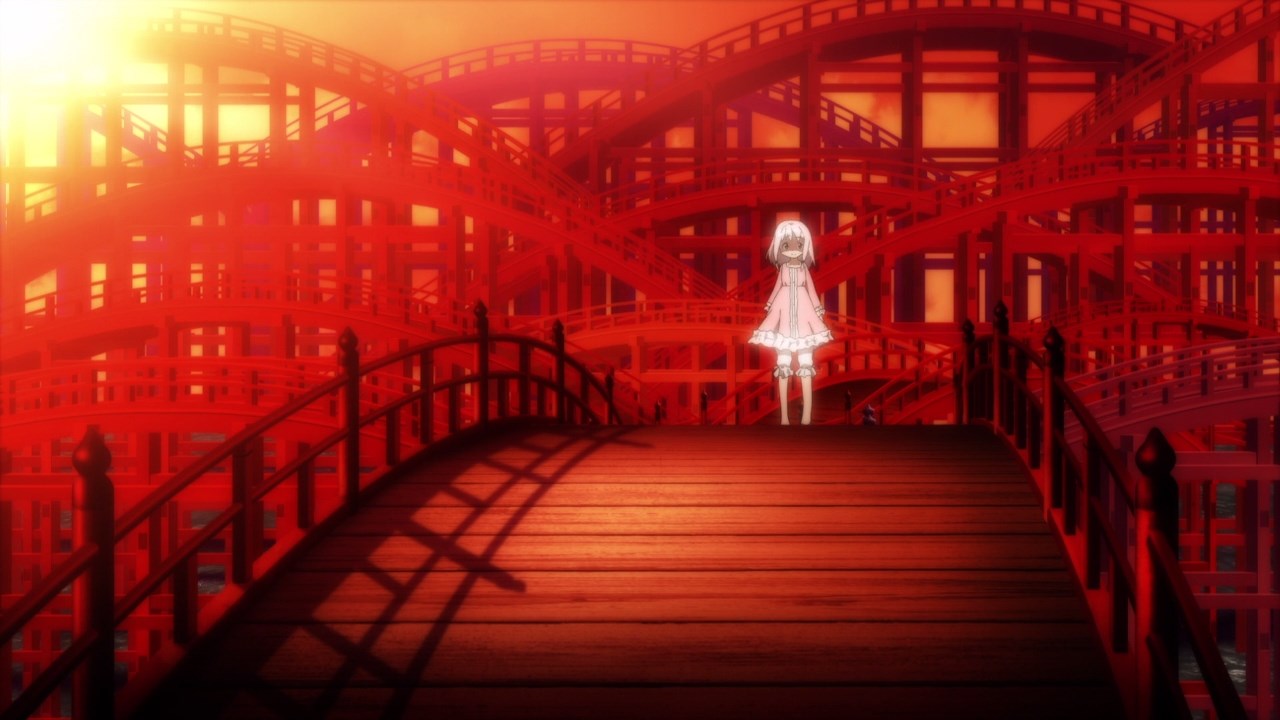 Well, turns out that the rumors are true after all as Yachiyo and Iroha saw their loved ones on both sides. Now while Iroha saw her sister Ui, I wonder who that Mifuyu girl is since she’s related to Yachiyo?

Then again, I feel that there’s a lingering danger as the Séance Shrine might be a trap where Yachiyo and Iroha might not get out alive. In any case, I’ll see you next time to find out the truth about the Séance Shrine.