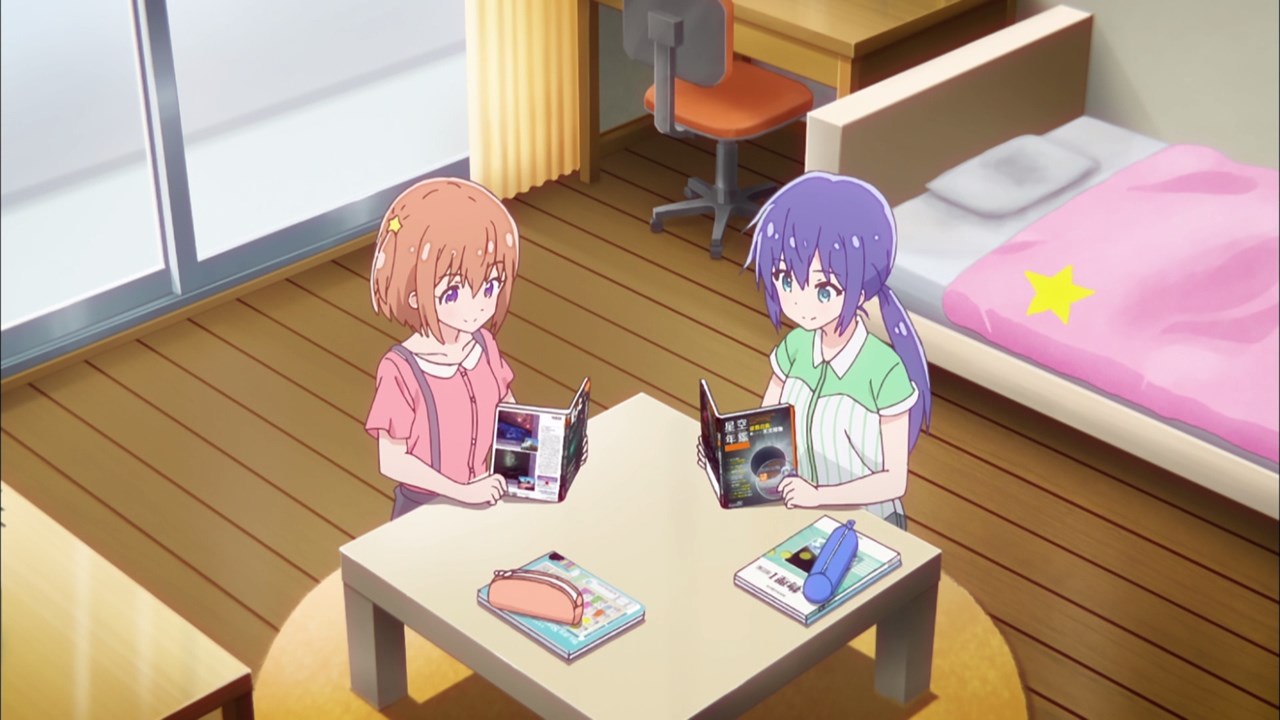 Hey everyone, it’s Mira Konohata and Ao Manaka as they’re studying astronomy as usual, not knowing that they supposed to study for the upcoming make-up exam.

Well, Ao will be fine since she’s smart but for Mira however, I think she’s gonna flunk the exams. 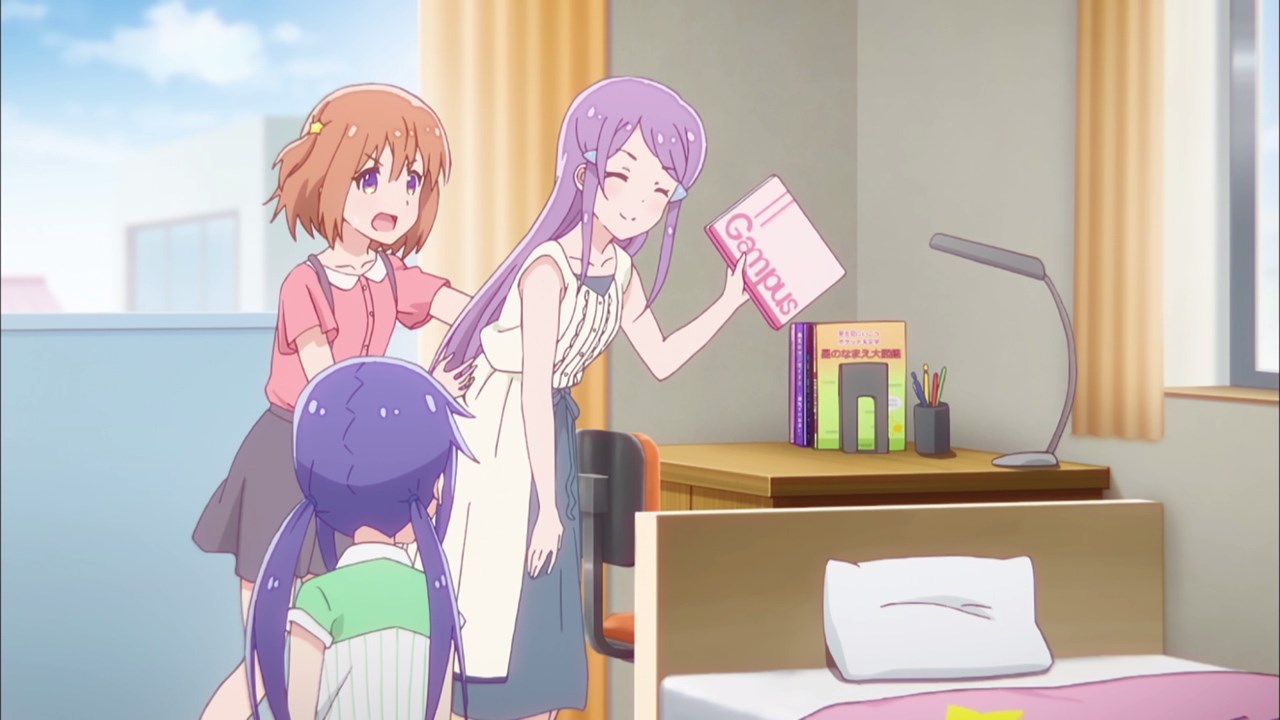 Of course, Moe Suzuya will make sure that they’ll study hard so that Mira and Ao can pass the exams. Otherwise, Suzu will make a copy of Mira’s self-made manga and distribute it to the entire school.

Naturally, Mira Konohata doesn’t want her embarrassing manga to be read by everyone ’cause she might die from it! 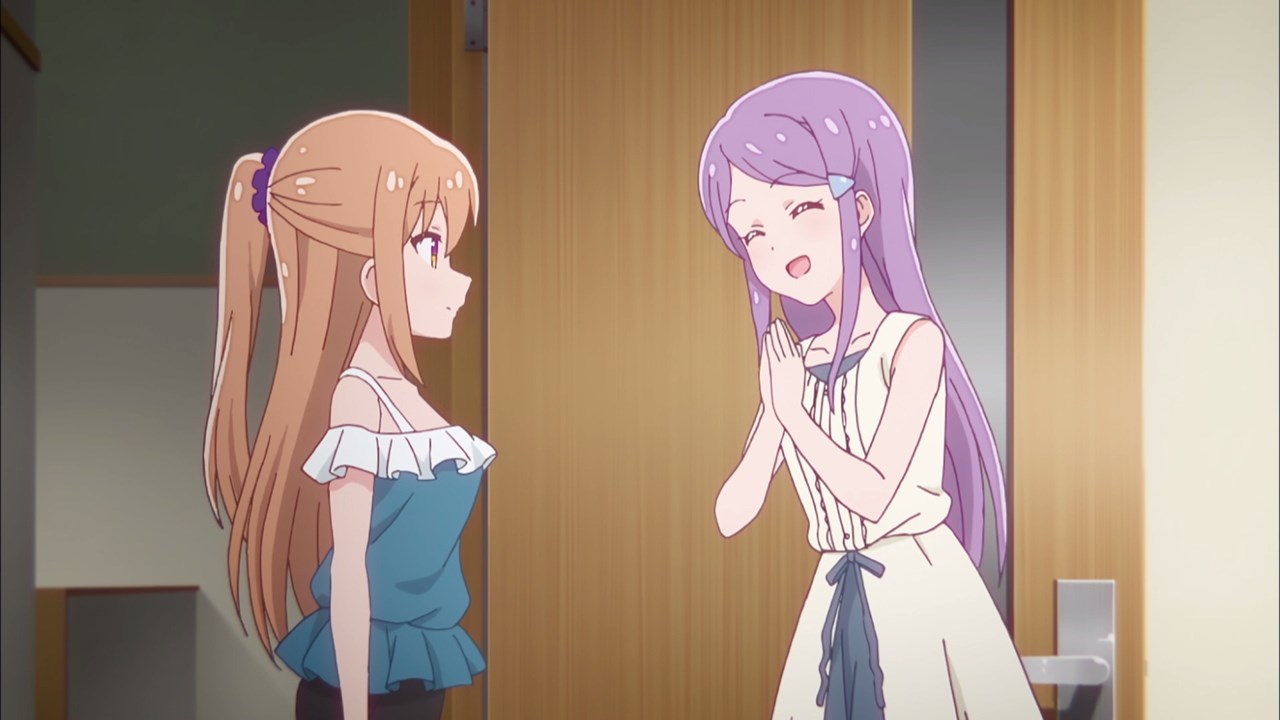 On the other hand, here’s Misa Konohata where she wants to check on her little sister, although it appears that Moe Suzuya is getting close to Misa-san.

You know what, I think Suzu has a crush on Mira’s big sister, but Misa doesn’t notice her feelings. 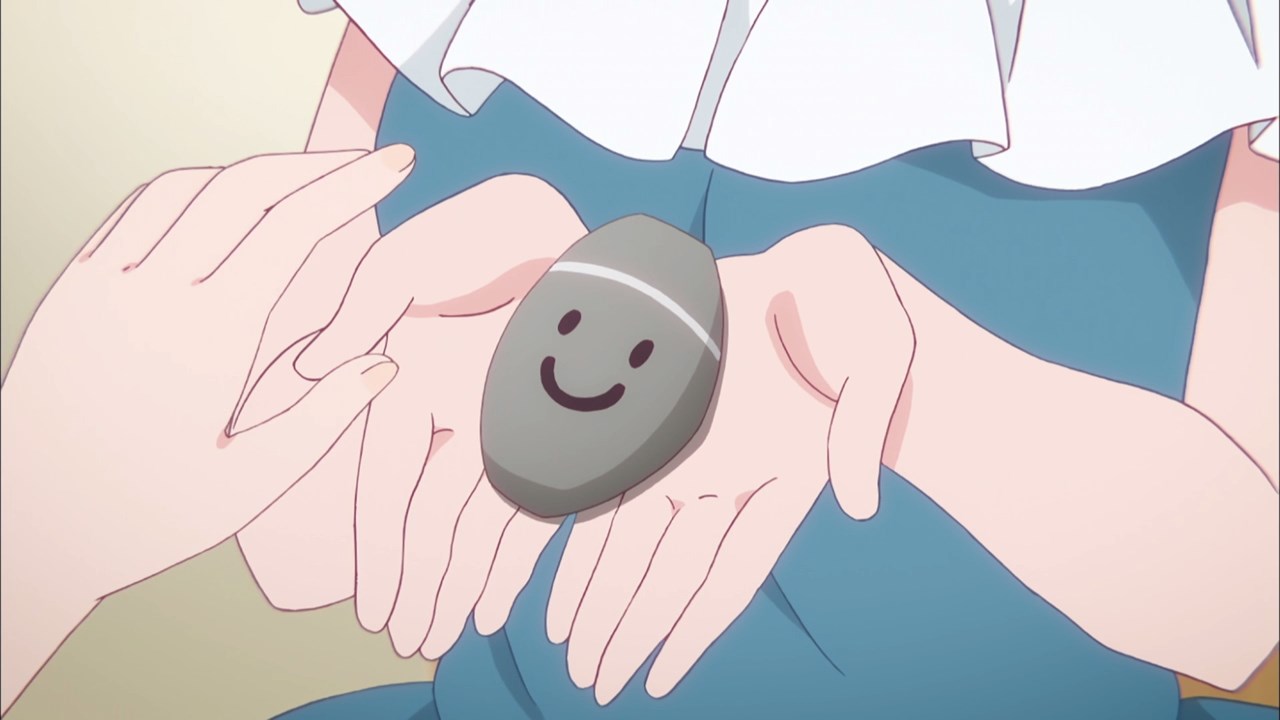 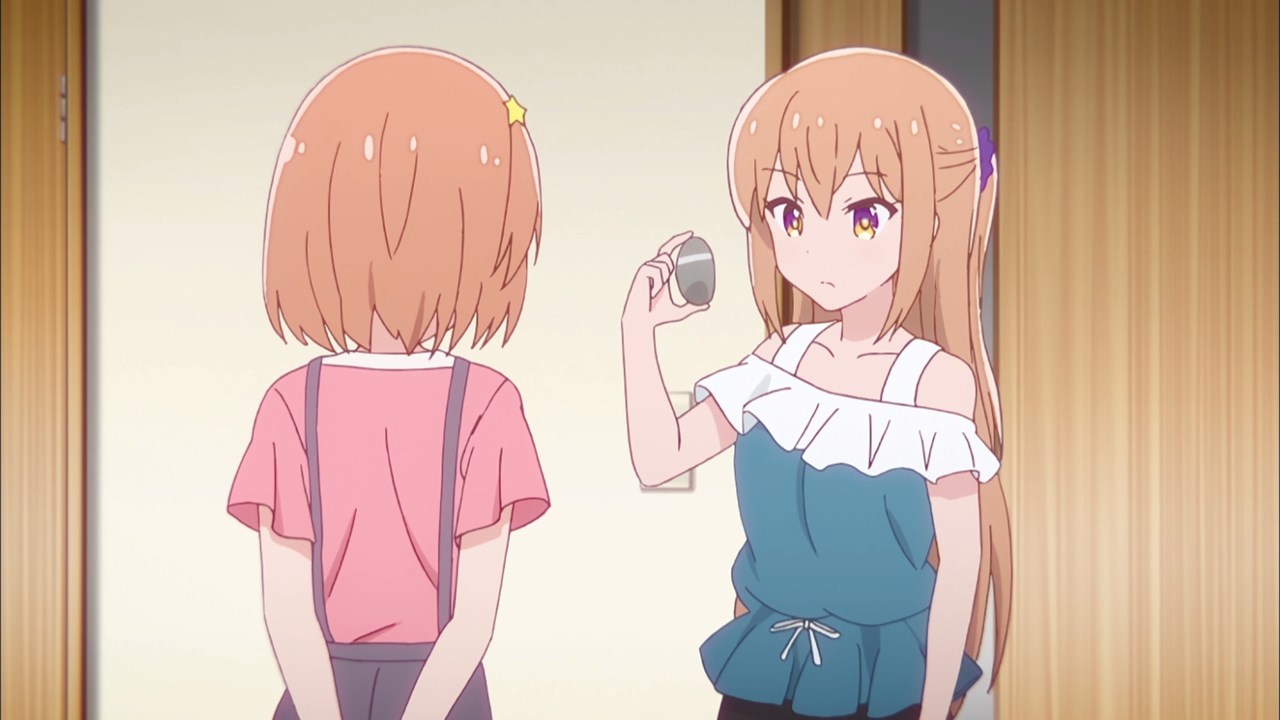 Meanwhile, here’s Mira as she gave a striped rock with a face to her sister Misa. While this rock is cute, I wonder if Misa is gonna throw it away because it’s just a rock? 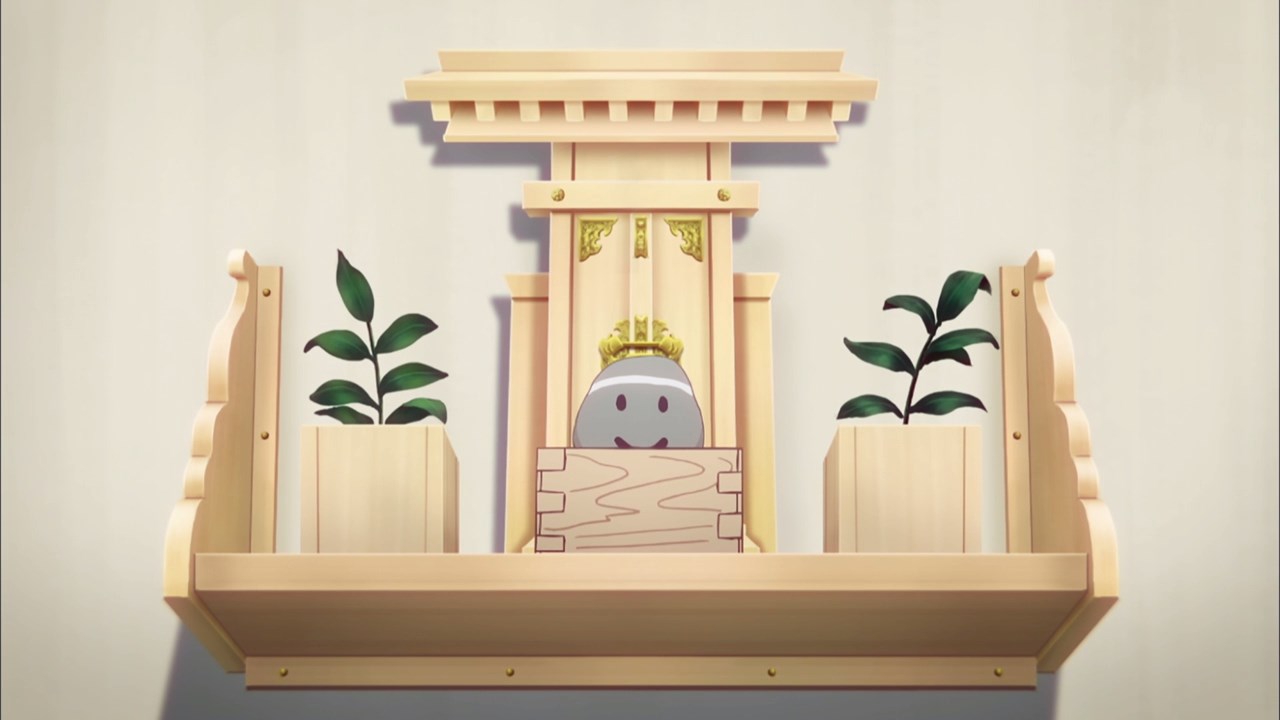 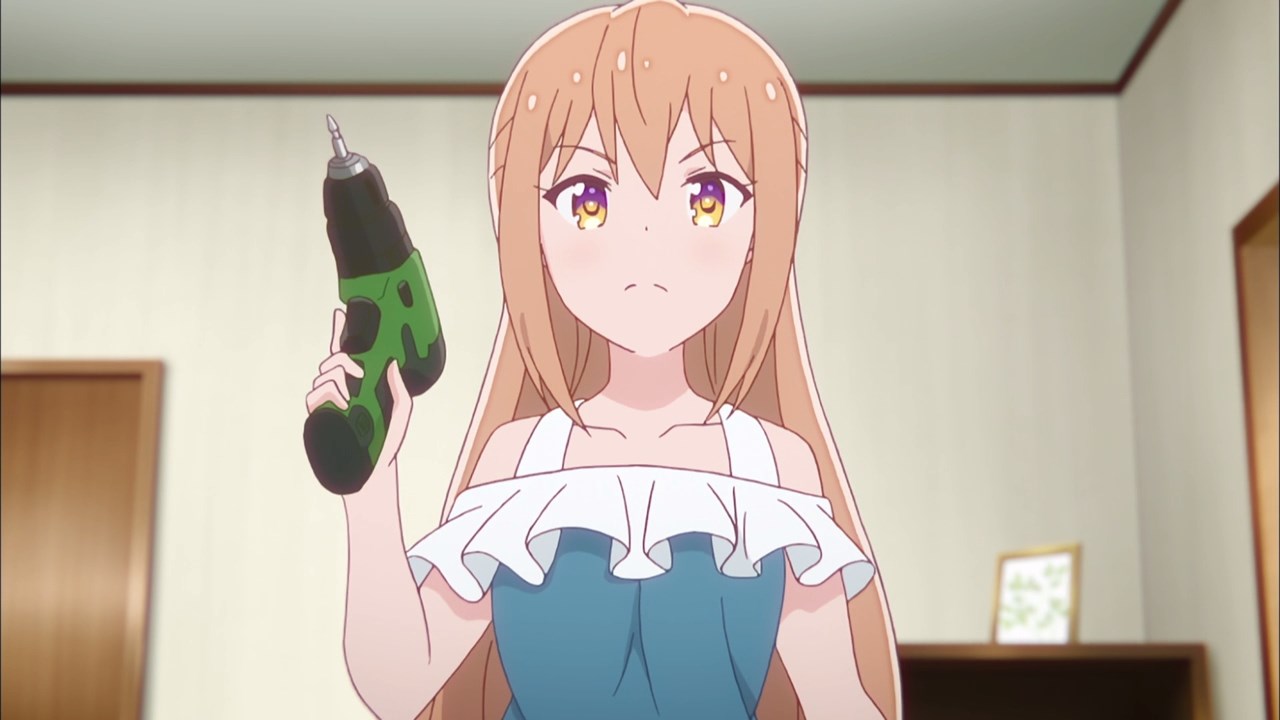 Oh, Misa Konohata created a shrine out of it. I’m sure that this striped rock will bring good fortune to the Konohata household, so good job Misa for making one. 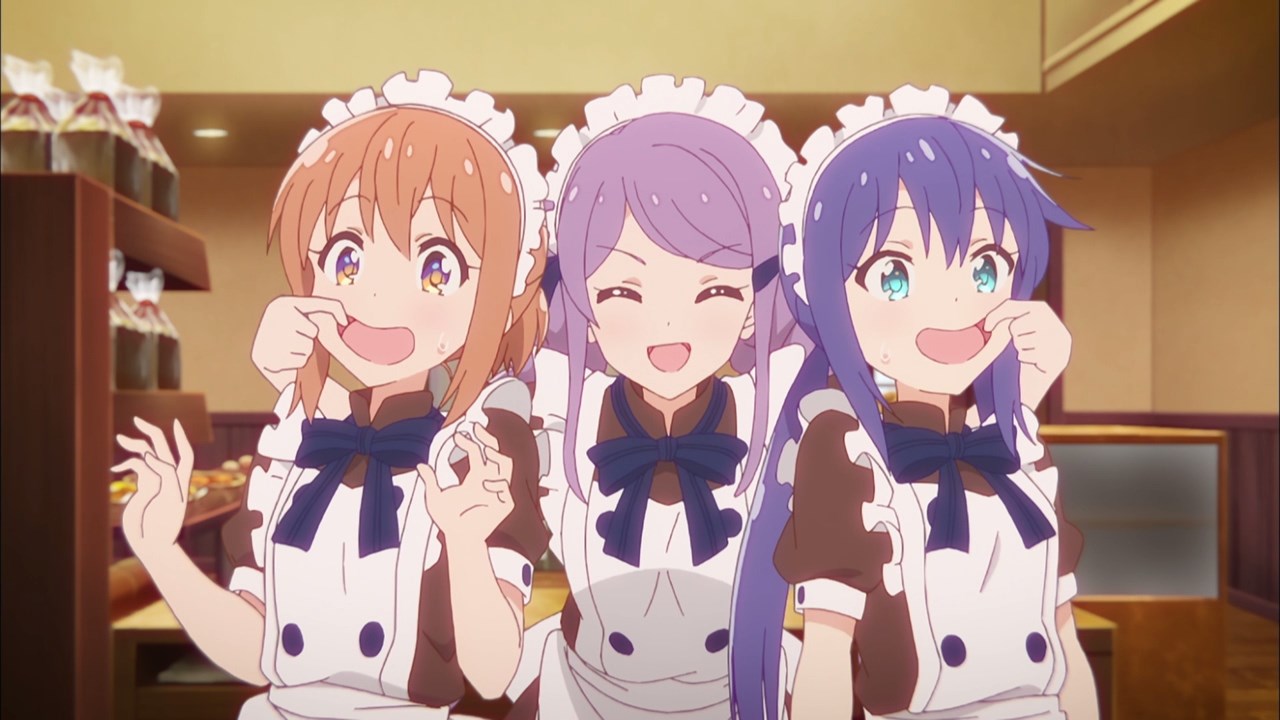 Now then, let’s move onto the next scene where Moe Suzuya asked Mira Konohata and Ao Manaka to do a part-time job at her family-owned bakery.

Oh yeah, and they’re gonna wear maid uniforms in order to attract more customers, although Ao felt embarrassed on wearing such a cute uniform. But you know what, they should hang in there because they’re gonna get paid later! 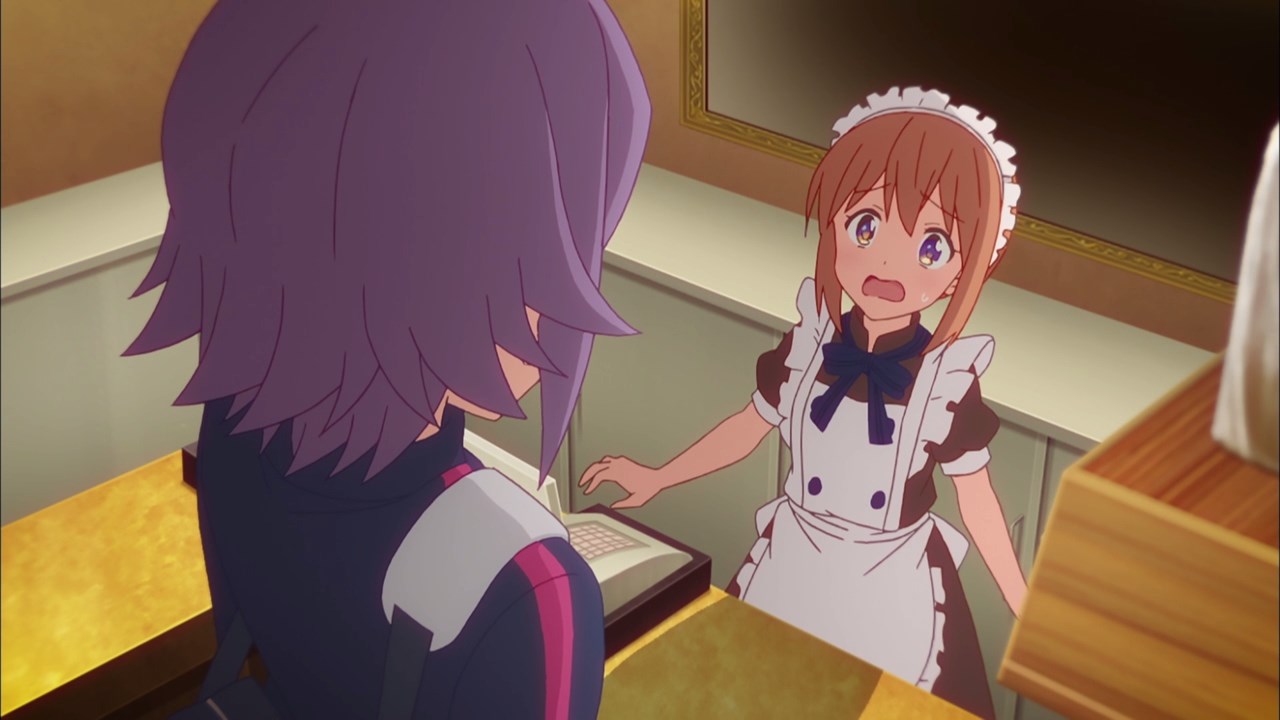 On the other hand, looks like Mira encountered a tall girl in which she cower in fear. I mean, it’s rare to see someone that’s intimidatingly huge! 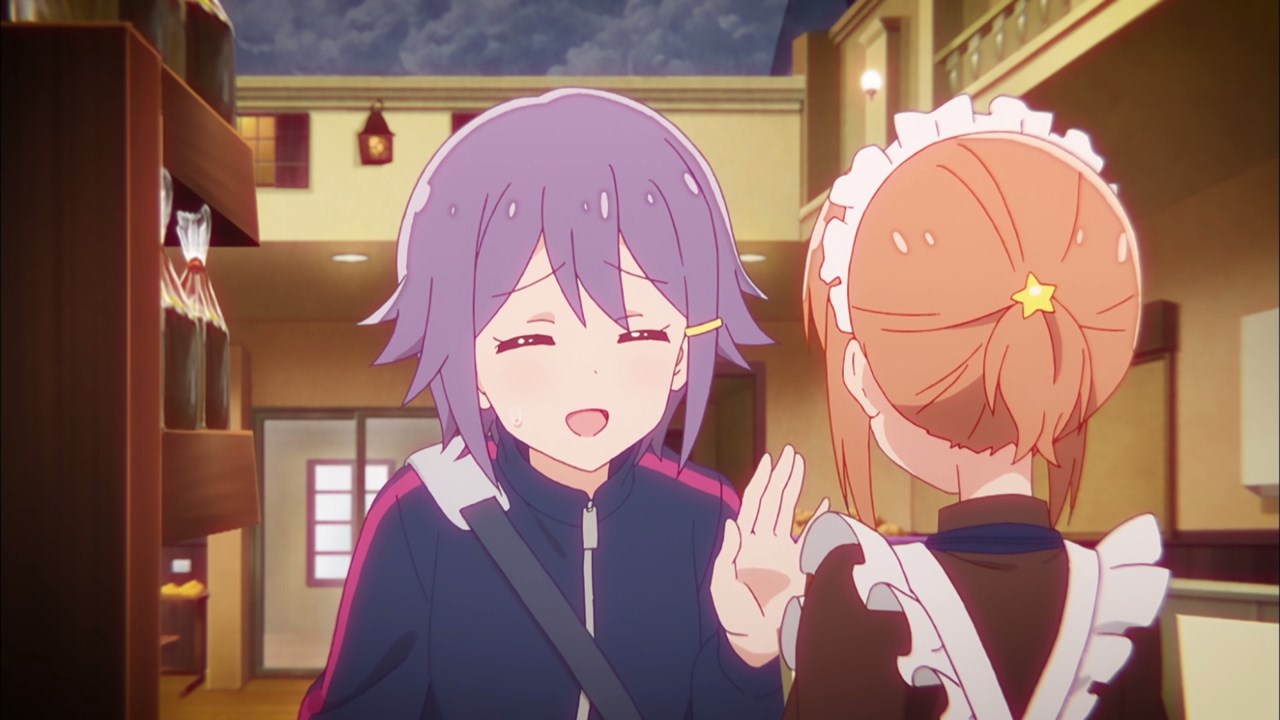 In any case, this is Moe’s little sister named Megu Suzuya in which she stopped by to say hi to Mira Konohata and Ao Manaka.

Oh yeah, Megu is worried that her older sister Moe is teasing them and causing some trouble, so Megu apologize to Mira on her sister’s behalf. Then again, Moe didn’t cause trouble yet. 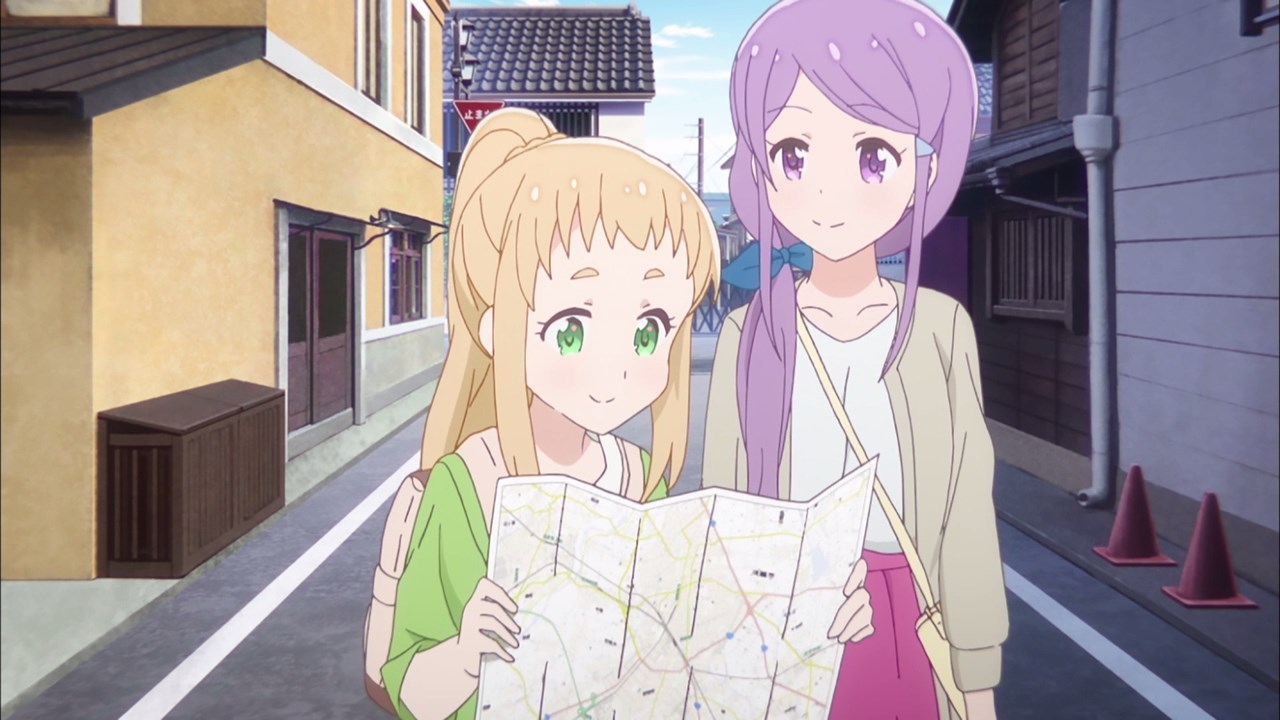 Moving onto the next scene as Moe Suzuya is with Mai Inose as they explore various places. Of course, Mai got a map so they won’t get lost. 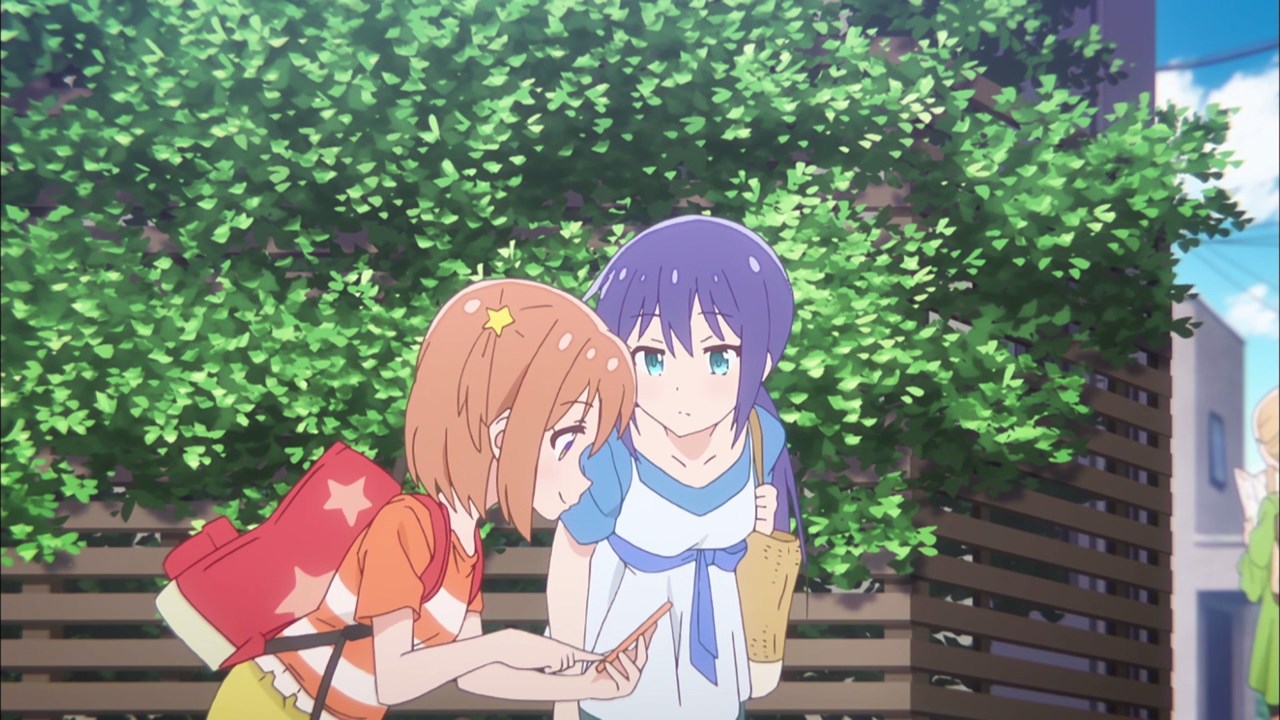 Also, here’s Mira and Ao as they got curious on Suzu and Mai’s excursion, so therefore they tailed them. I hope nobody noticed them. 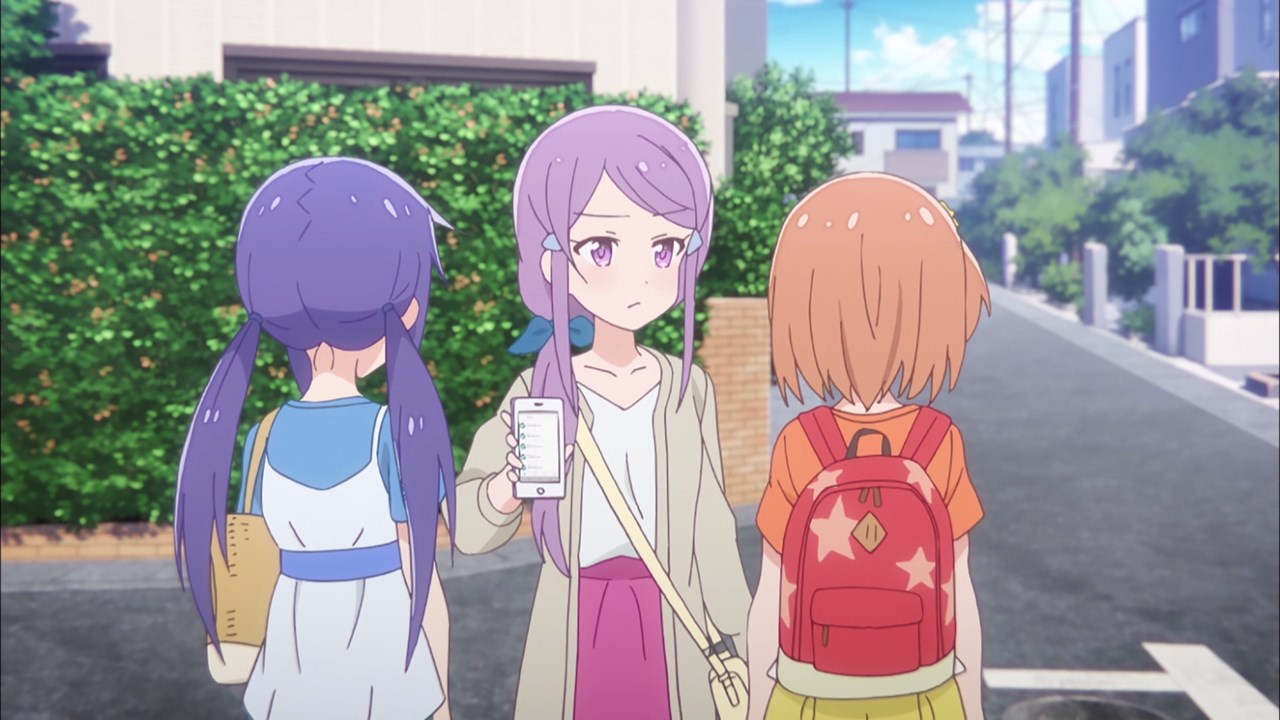 Actually, never mind as Moe Suzuya finally noticed both girls thanks to Mira posting it via her social media account. 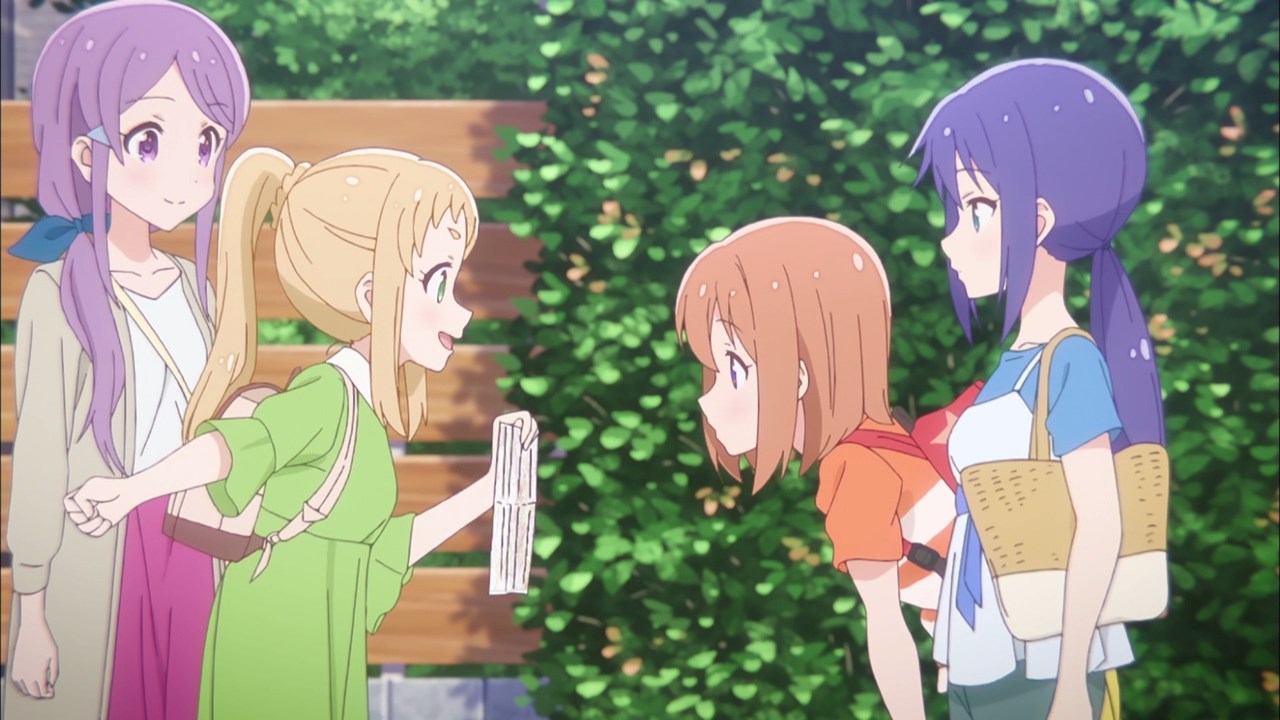 Of course, it’s not the end of the world as Mai Inose explains that the reason why she loves exploring is because Mai is fascinated with maps, which she was introduced by her classmate back in elementary. 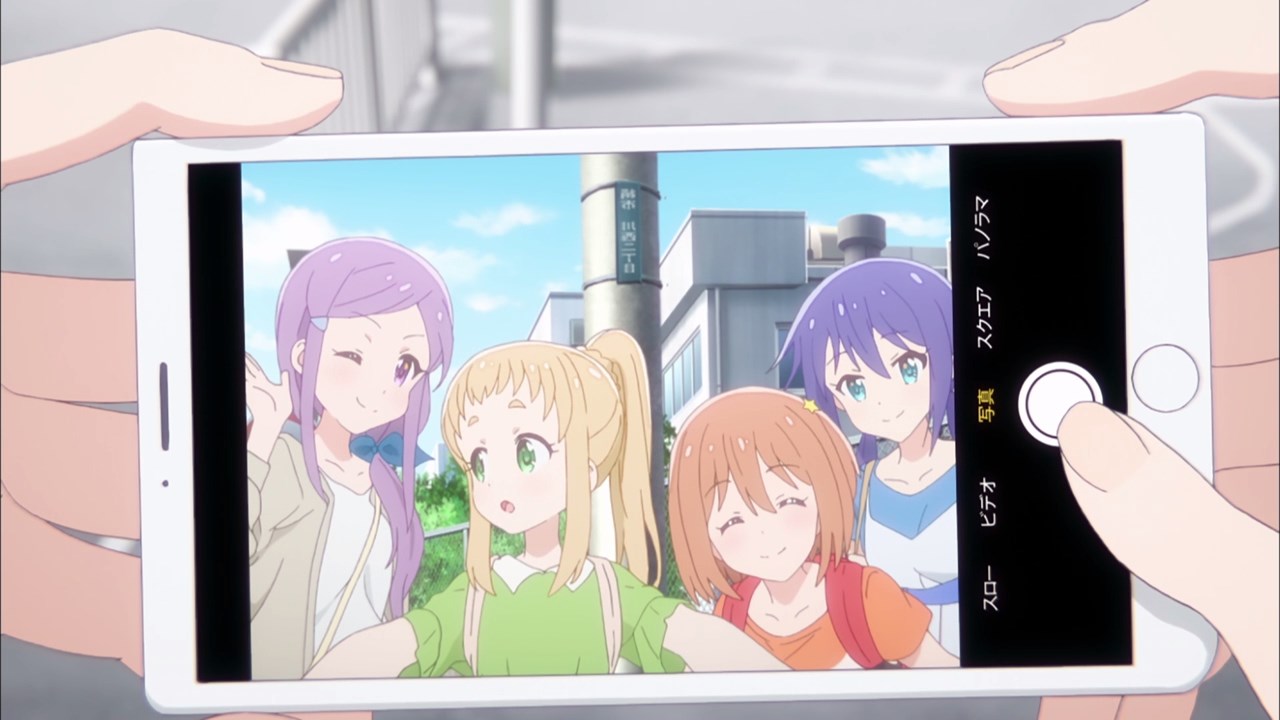 Now then, since Mira and Ao got caught by Suzy, Mai has decided to let them join in the fun. But first, time to take a selfie! 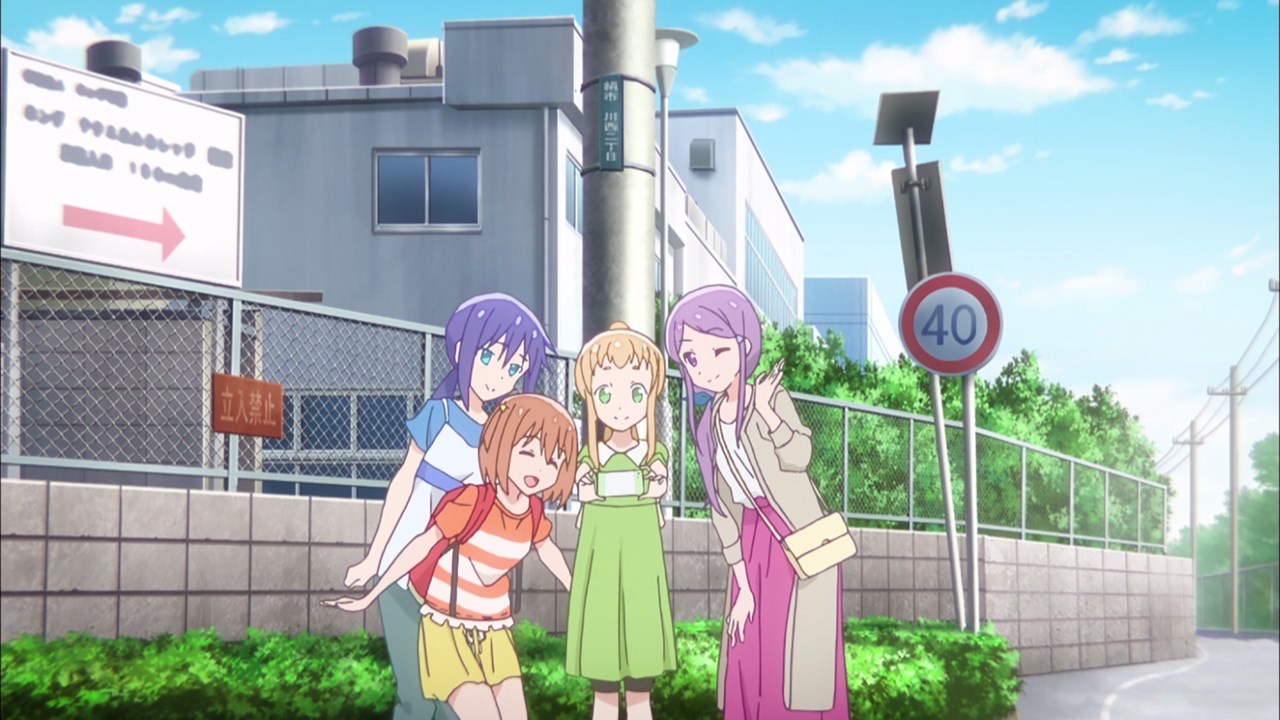 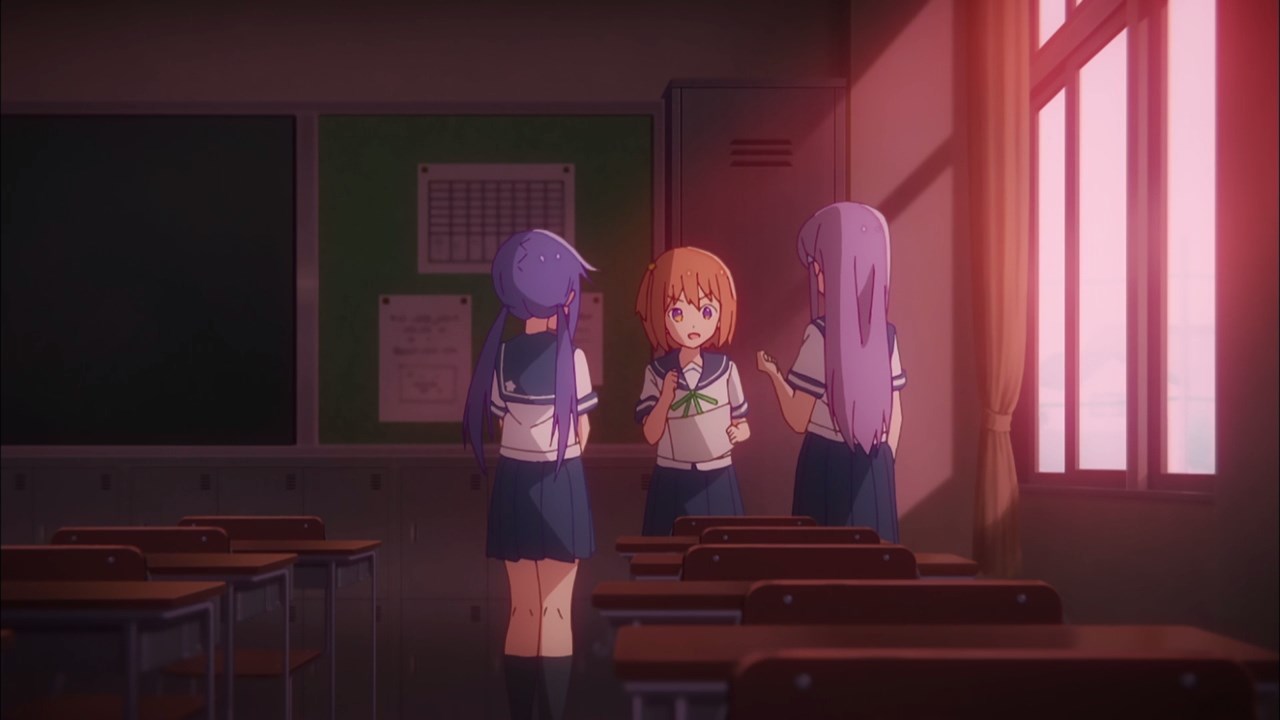 And now, it’s time for last part of this episode as someone left a treasure map in the classroom. 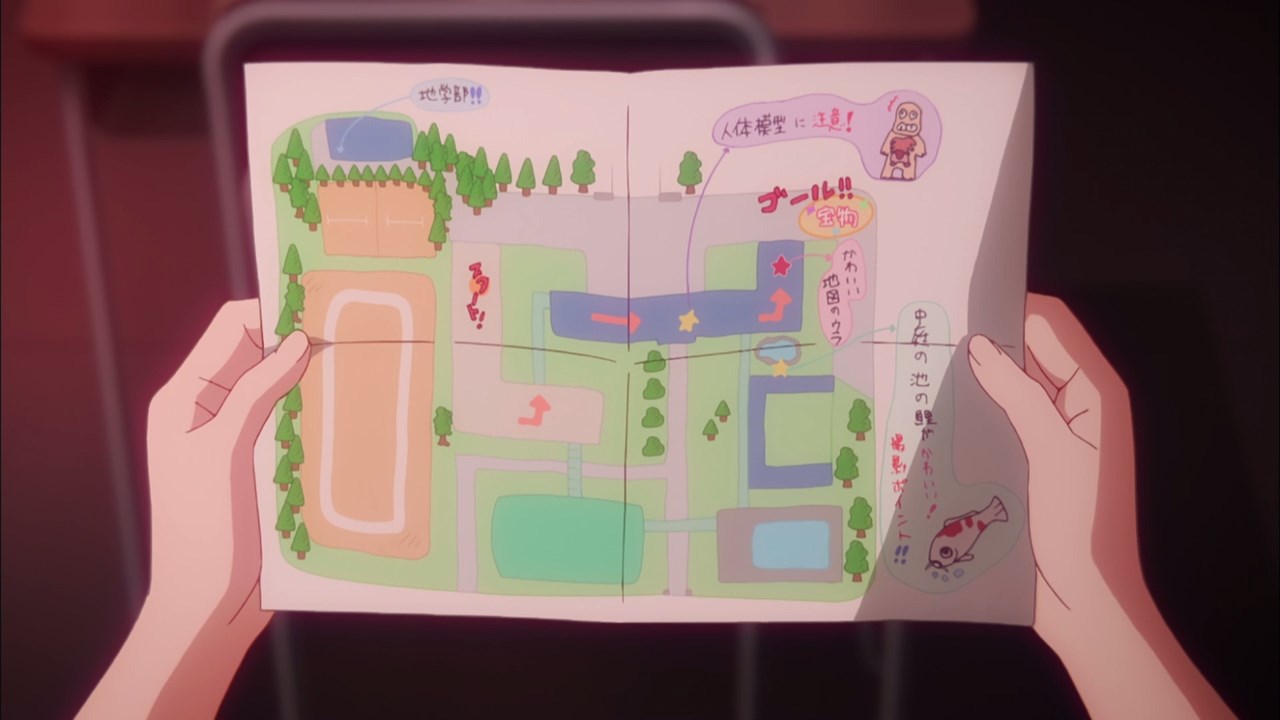 For Mira and the rest, looks like they’ll go on a mini treasure hunt at school just before they head home. I wonder what would be the spoils after finding it? 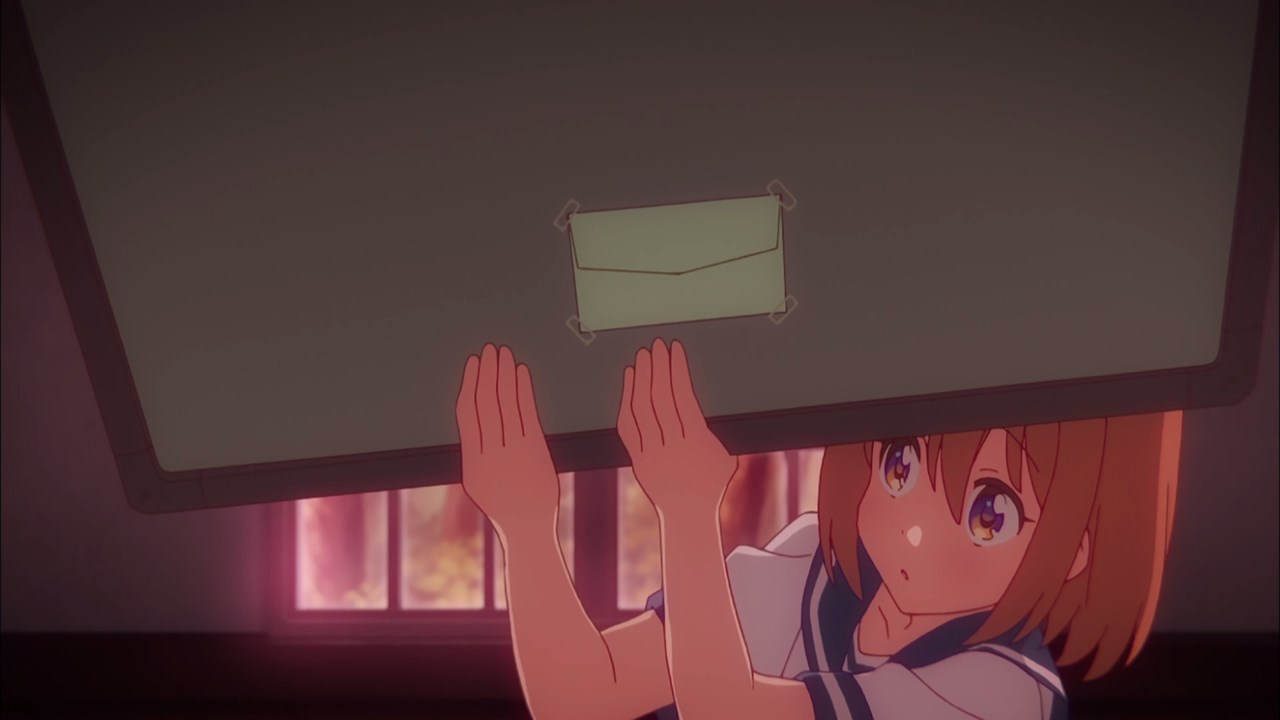 Anyways, after an hour of searching, Mira and her friends have finally stumbled upon a treasure after checking the back of a world map. What could it be? 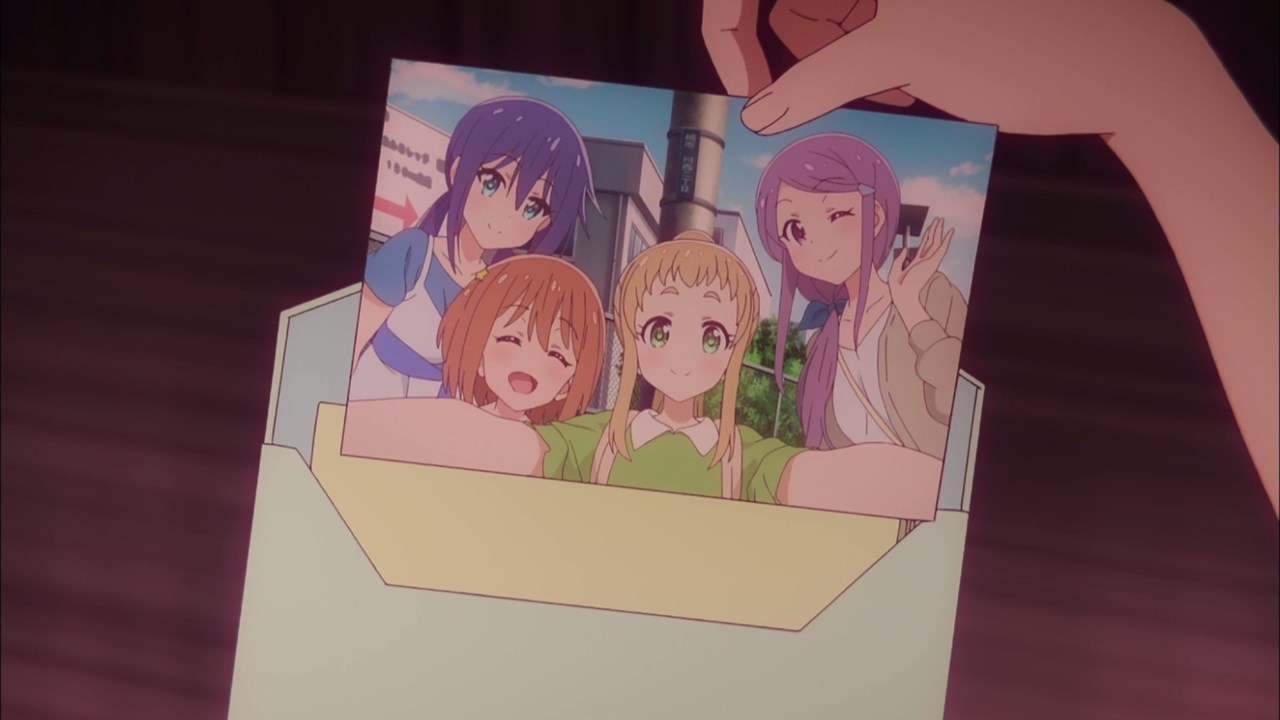 Oh, it’s a collection of pictures where Mai Inose took it during her excursions across the town.

Gotta say that it was a clever way for Mai to create a treasure hunt out of those pictures. 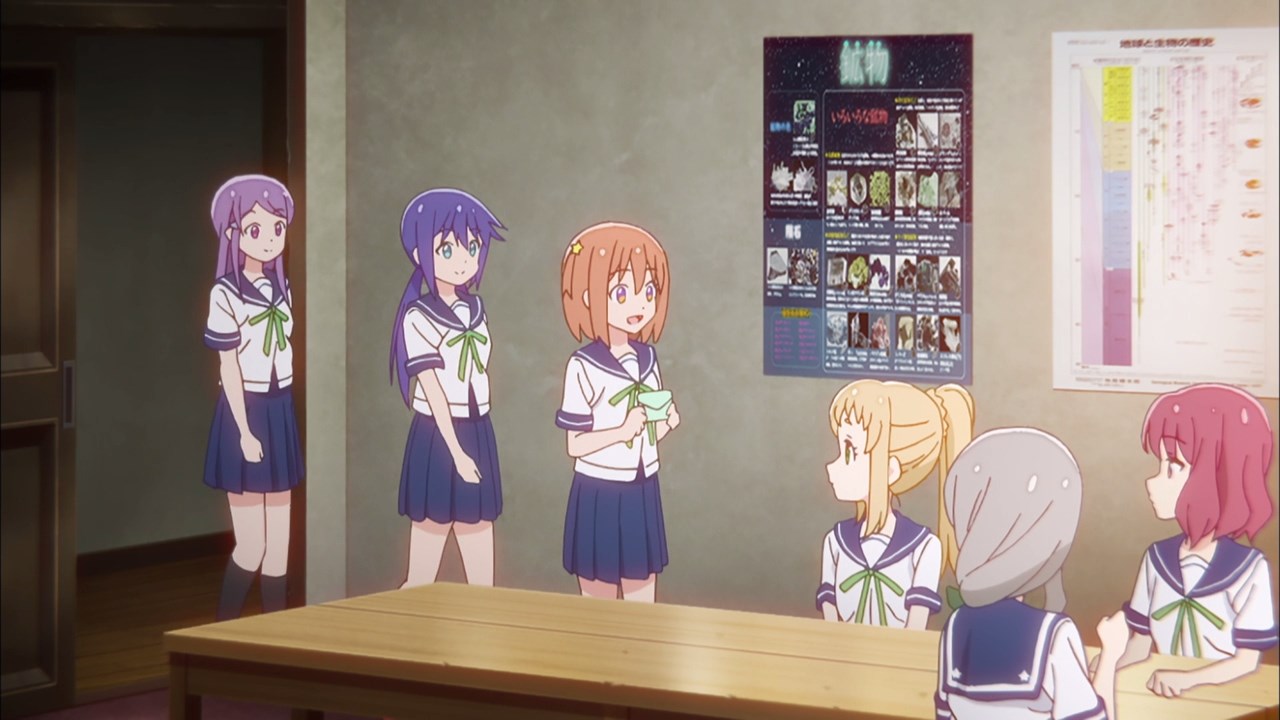 With that said, let’s end this episode as Mira Konohata and the rest told Mai Inose that they found the treasure. I’m sure that they had a great time there.

Now then, I’ll see you on the next episode…