Posted on February 1, 2020 by benigmatica 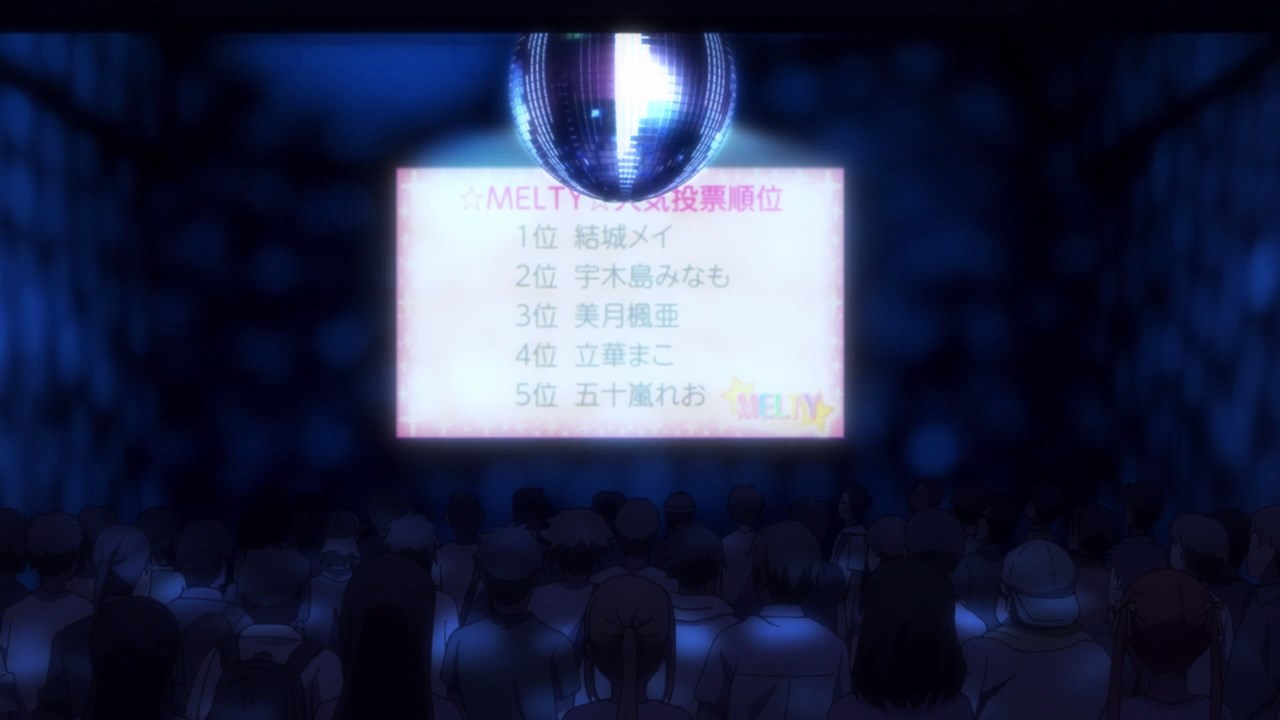 Before she became the number one idol in Cham Jam, Reo Igarashi was once the least popular idol during her time at the now-disbanded group Melty.

For Reo, being dead-last in the popularity ranking is very disheartening… 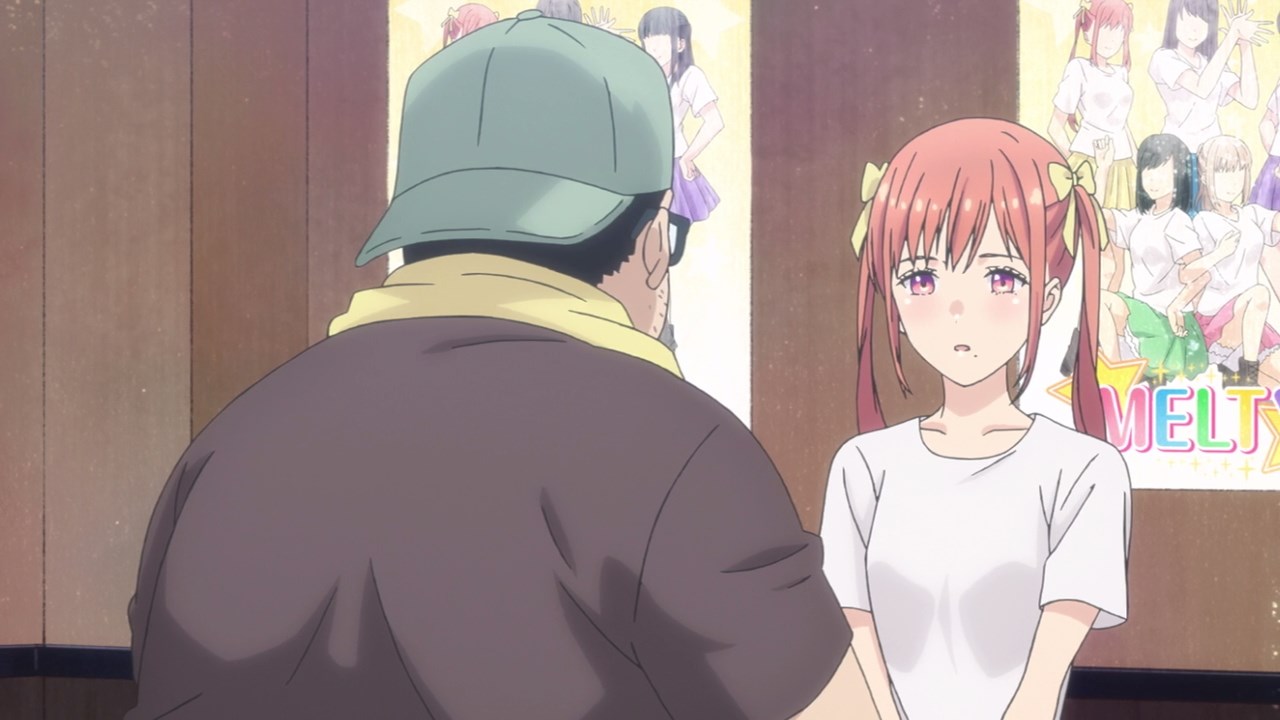 Yet, there are some people who believe in Igarashi, especially a certain guy who promised to Reo that she’ll become the number one idol in the future.

A few years later, Reo Igarashi joined Cham Jam and became the most popular idol in the group. You may thank Kumasa for supporting her! 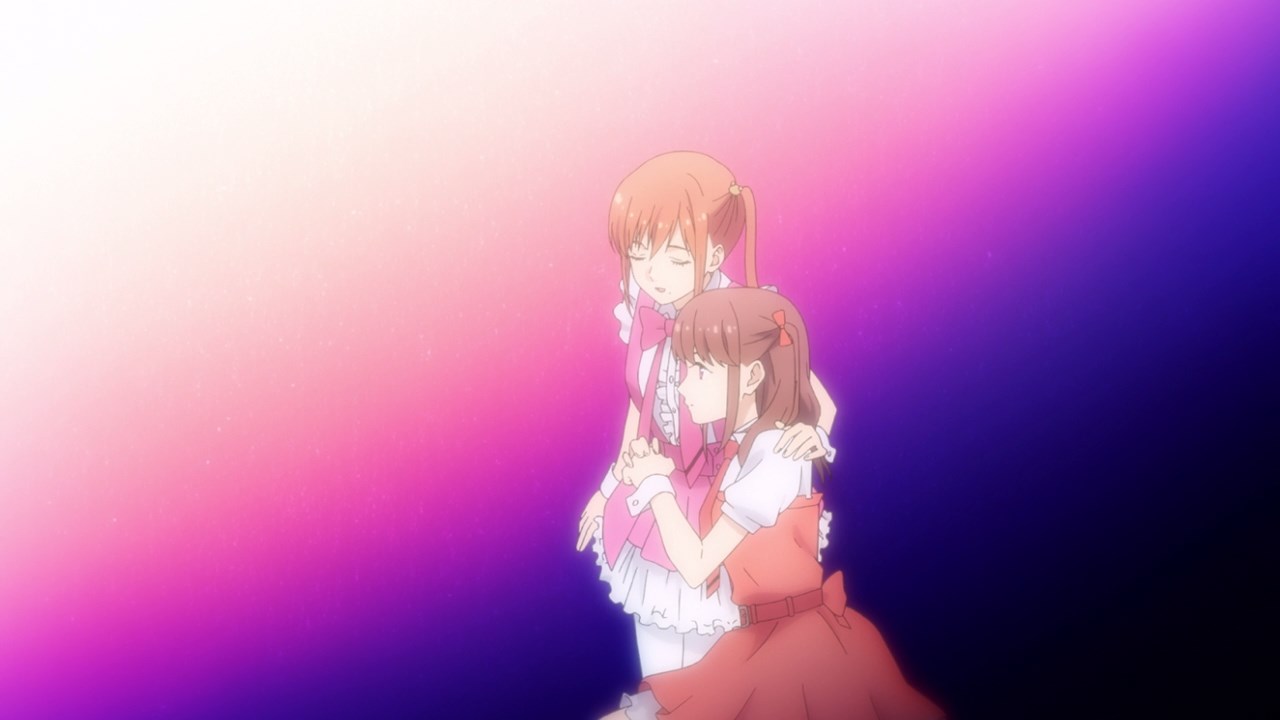 But even though Reo became the number one idol, she still wants to share her wisdom to Maina Ichii, telling Maina to believe at the fans who are supportive towards her. 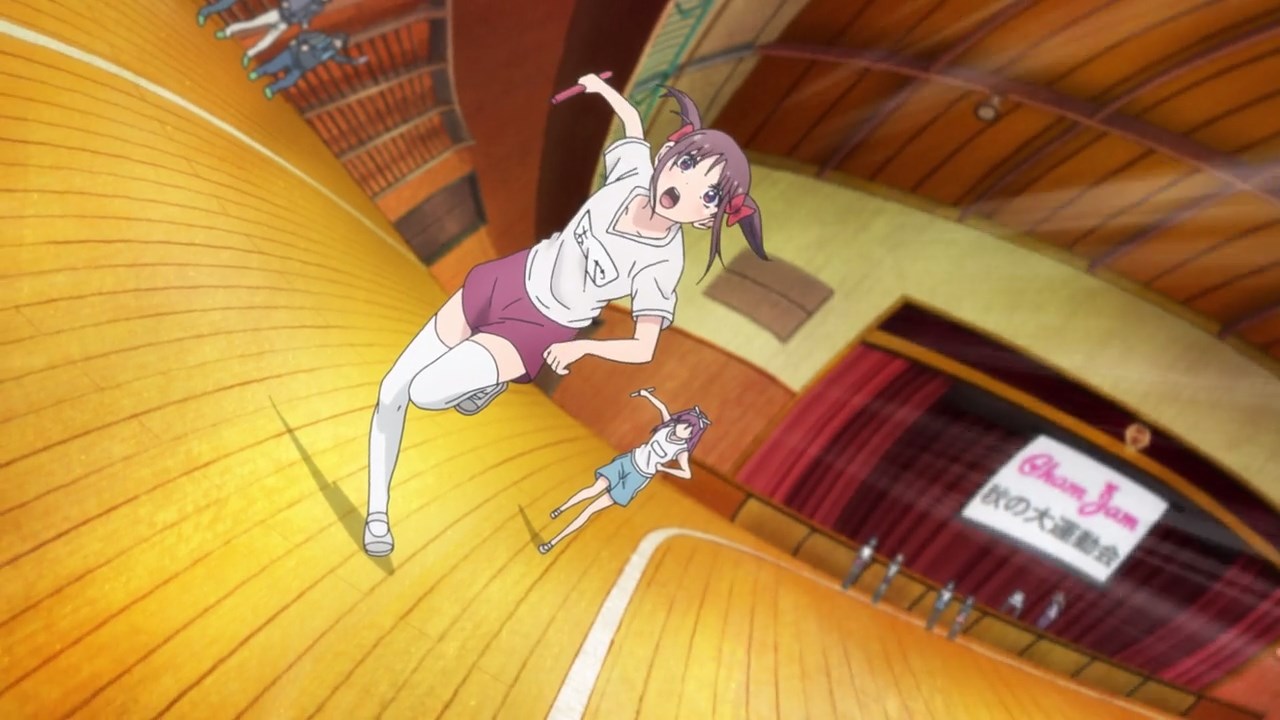 Anyways, it’s time for some idol activities starting with a sports festival featuring the members of Cham Jam.

Let’s start the sports festival with a relay race and unfortunately for Aya Yokota, she tripped and she’s about to fall down to the floor. 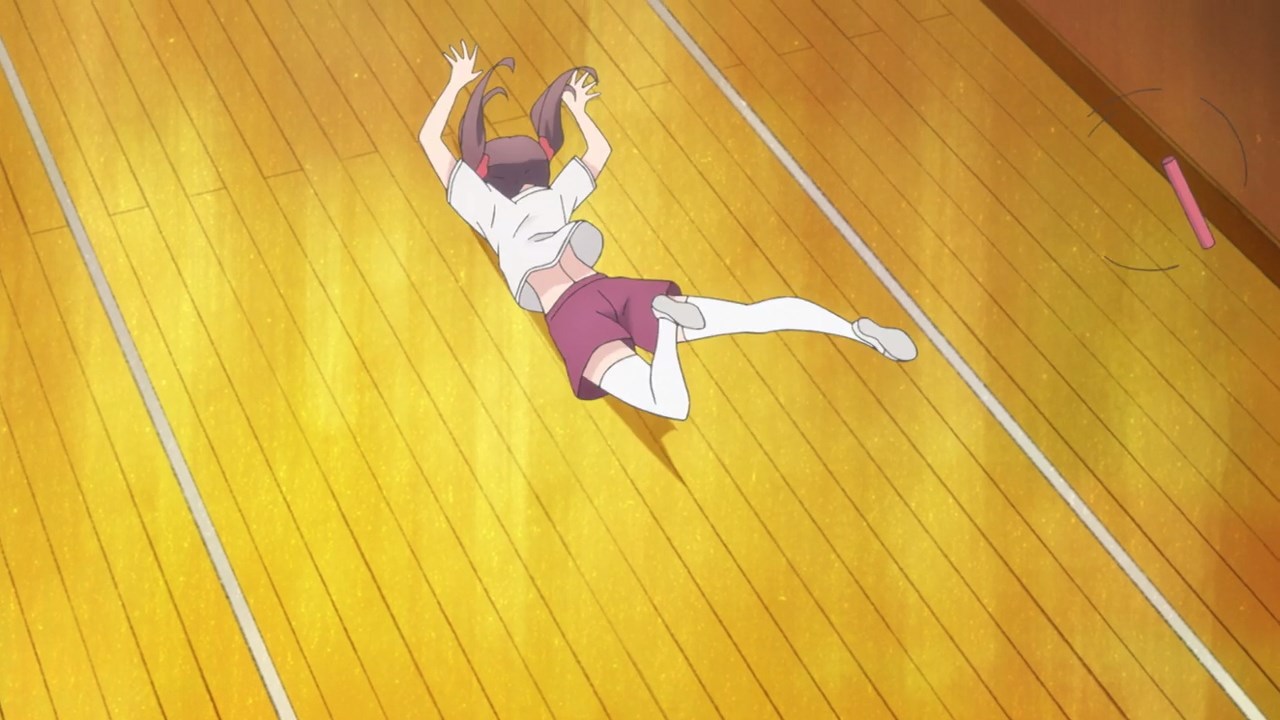 In any case, seems that Aya might not participate in the next event as she’s scared of getting injured.

Speaking of injuries, Reo Igarashi got injured in the previous sports festival. It would be a bummer if someone from Cham Jam got a broken leg or some serious injury. 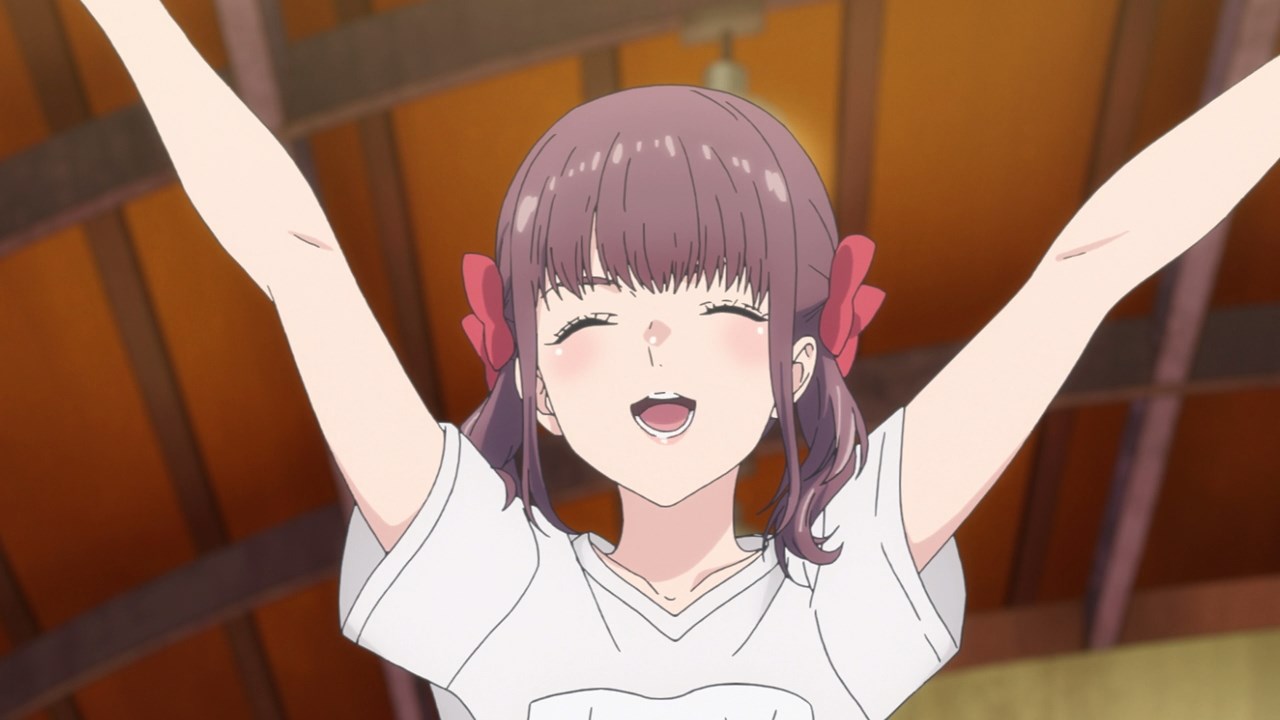 Now then, looks like Aya Yokota has finally recovered… or so I thought. 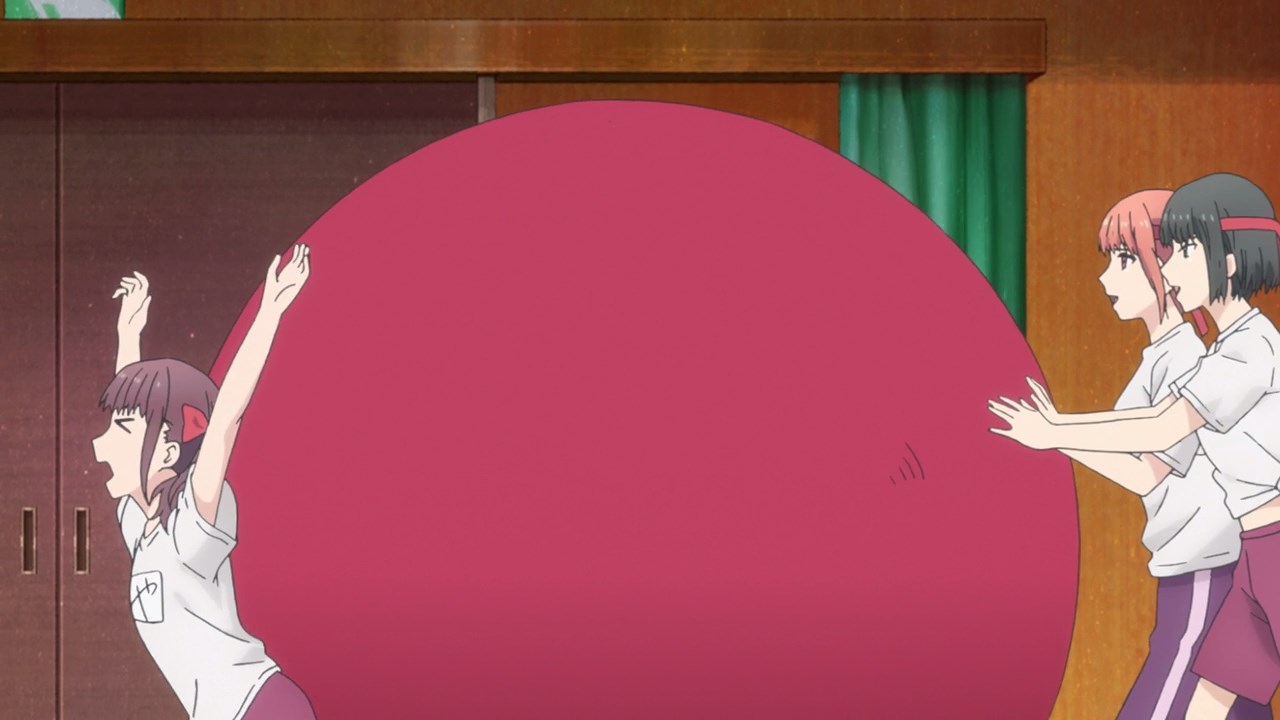 Turns out, she got run over by a ball. Man, I feel that Aya is having a bad day at the sports festival but OMG, getting run over is pretty bad!

Anyways, let’s hope that Aya is okay for the upcoming concert together with her fellow Cham Jam members. 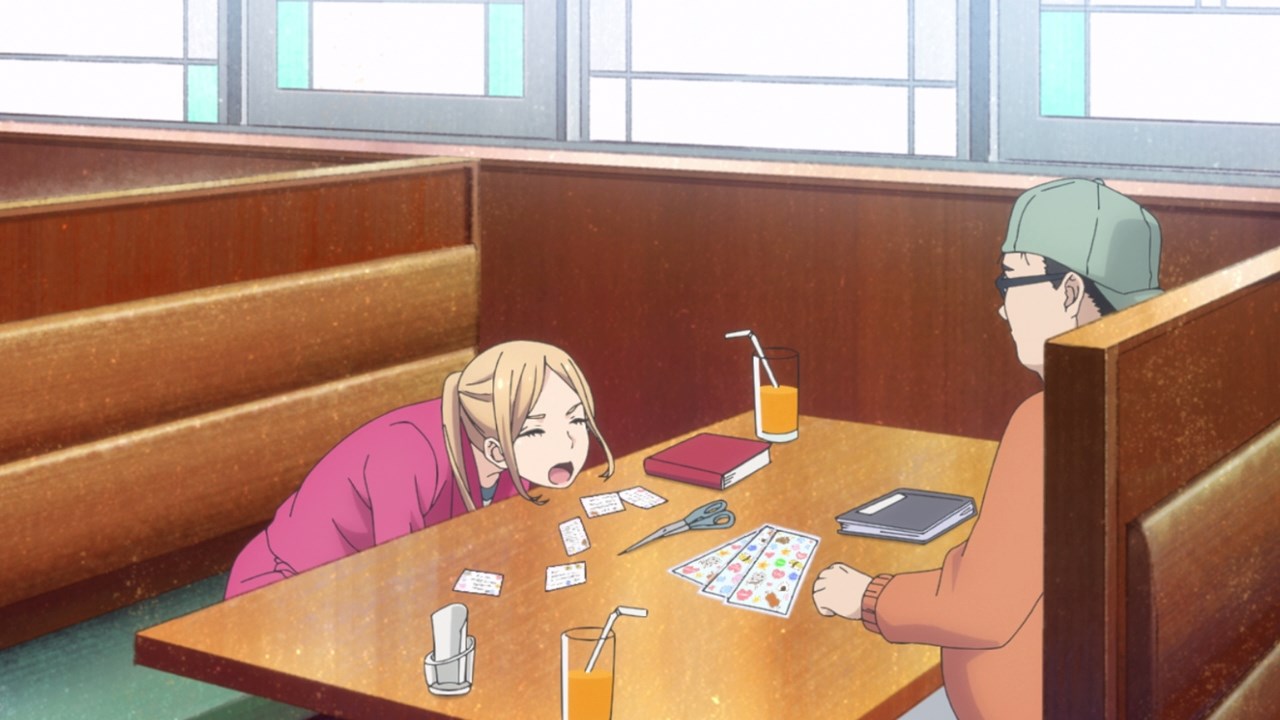 On the other hand, both Eripiyo and Kumasa are having financial trouble with the former being completely broke over buying Maina’s CD.

Although getting a full-time job is the only solution in order to be financially-stable, it’s not easy getting day-offs just to see Cham Jam. 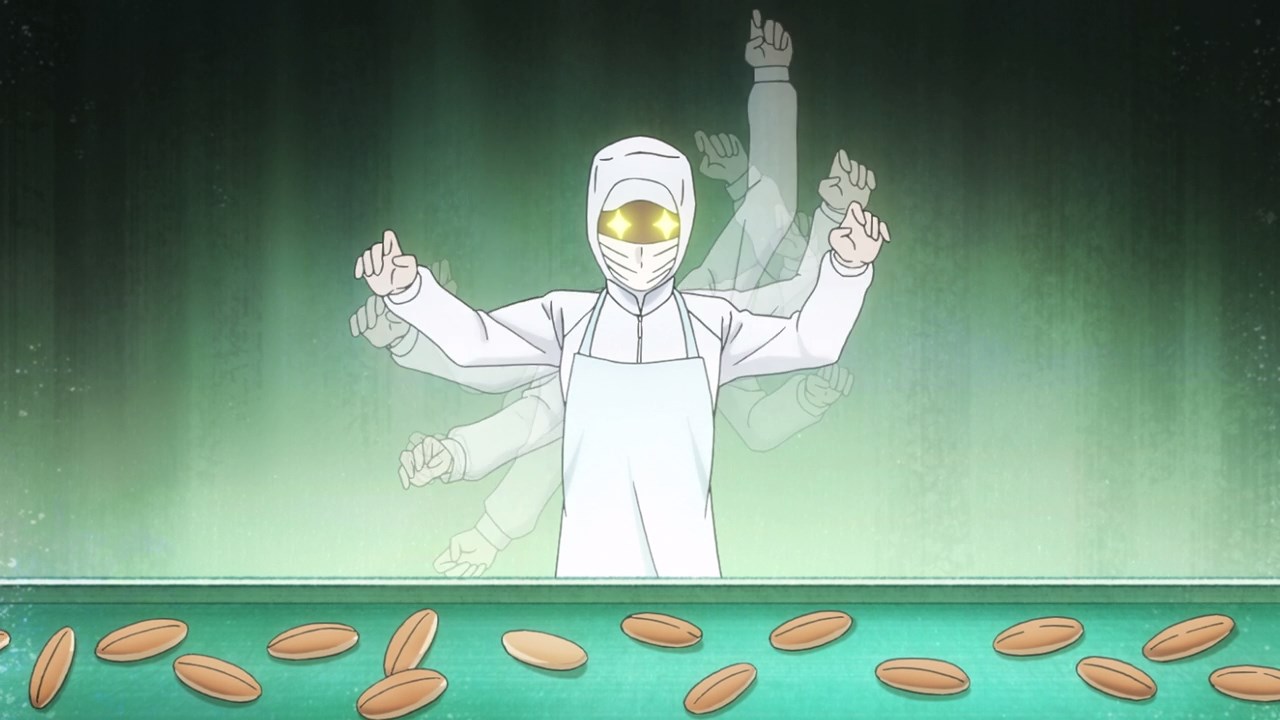 In any case, looks like Eripiyo has no choice but to get better at her part-time job. Gotta say that she’s in the zone of flipping bread. 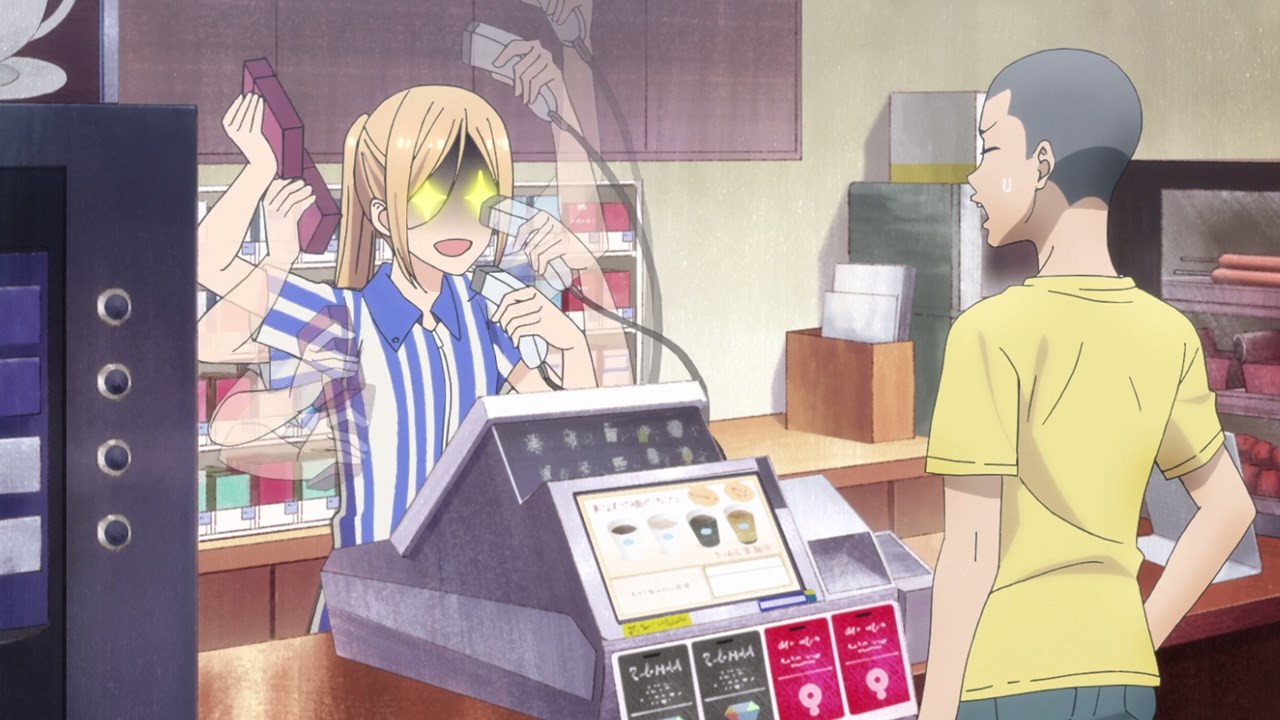 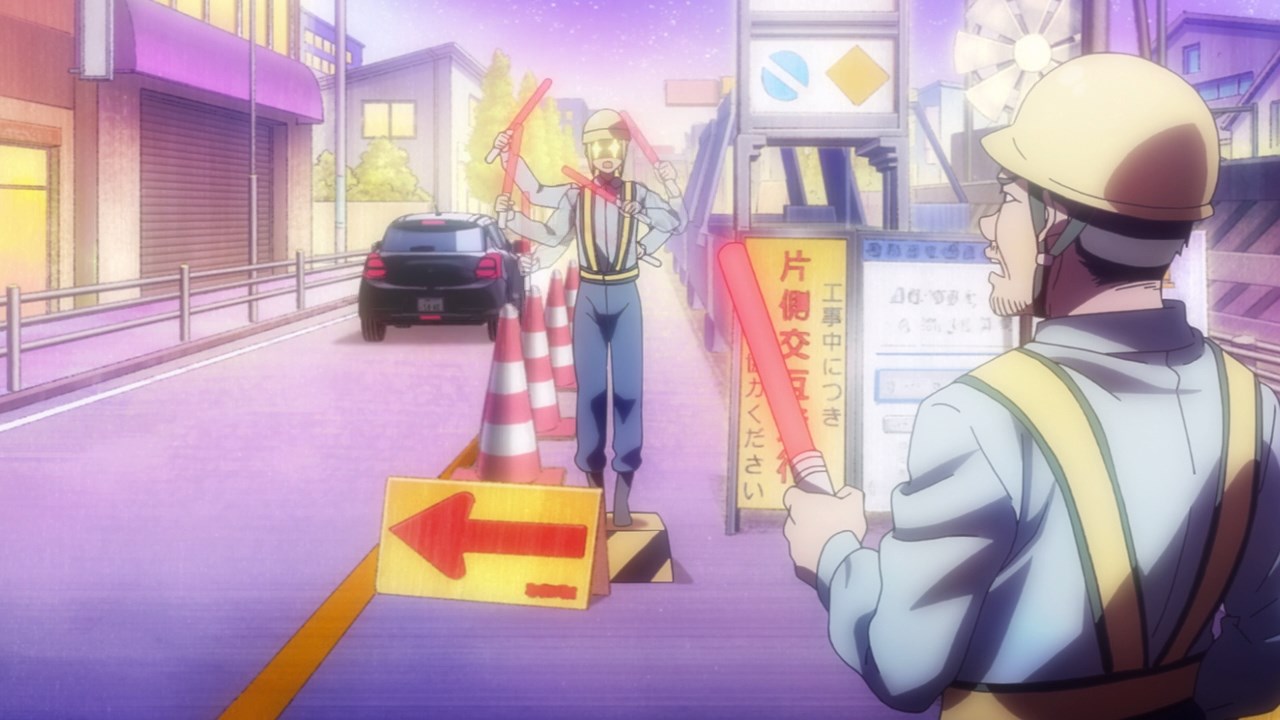 But if flipping bread wasn’t enough, Eripiyo decided to take more part-time jobs in order to buy CDs for her oshi.

Then again, seems that she needs to snap out of her zone as she’s not flipping bread all the time. 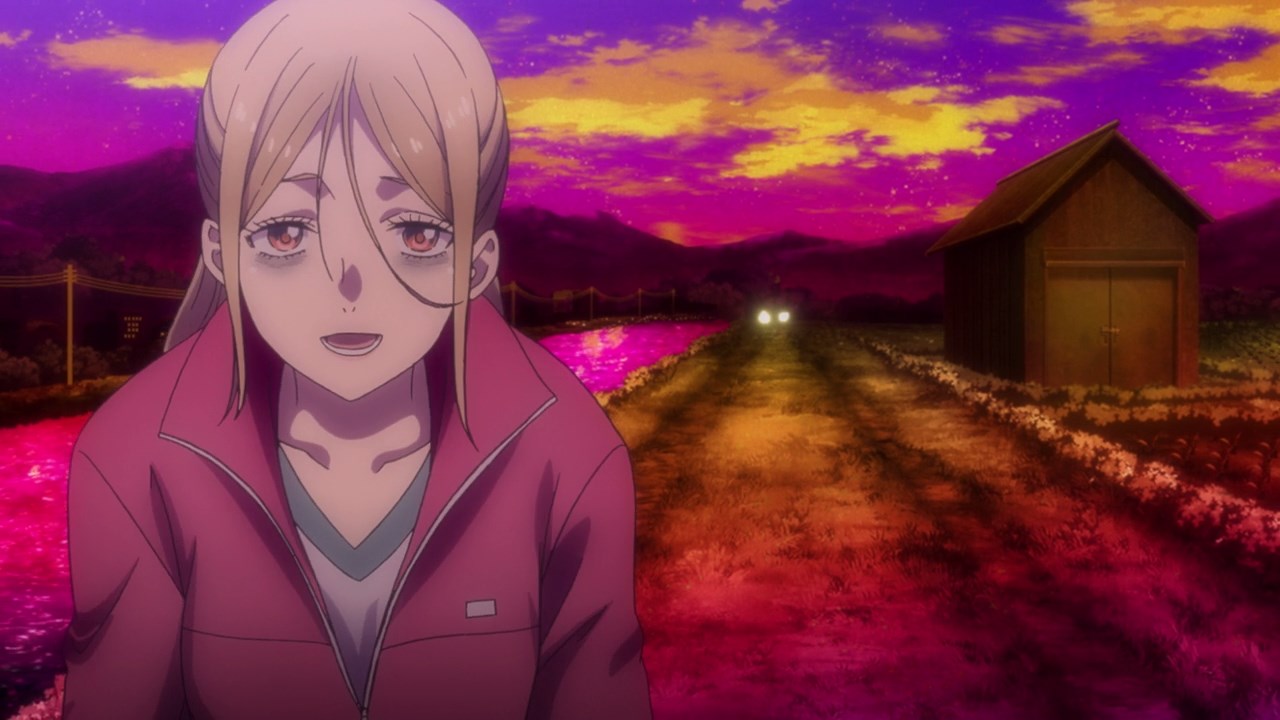 You know what, forget about flipping bread as Eripiyo needs to take care of herself. I mean, she’s freaking tired of taking 3 part-time jobs in the same day!

Also, isn’t that a truck coming towards her from the background. No, don’t tell me that she’s gonna get killed by a truck and reincarnated in another world? 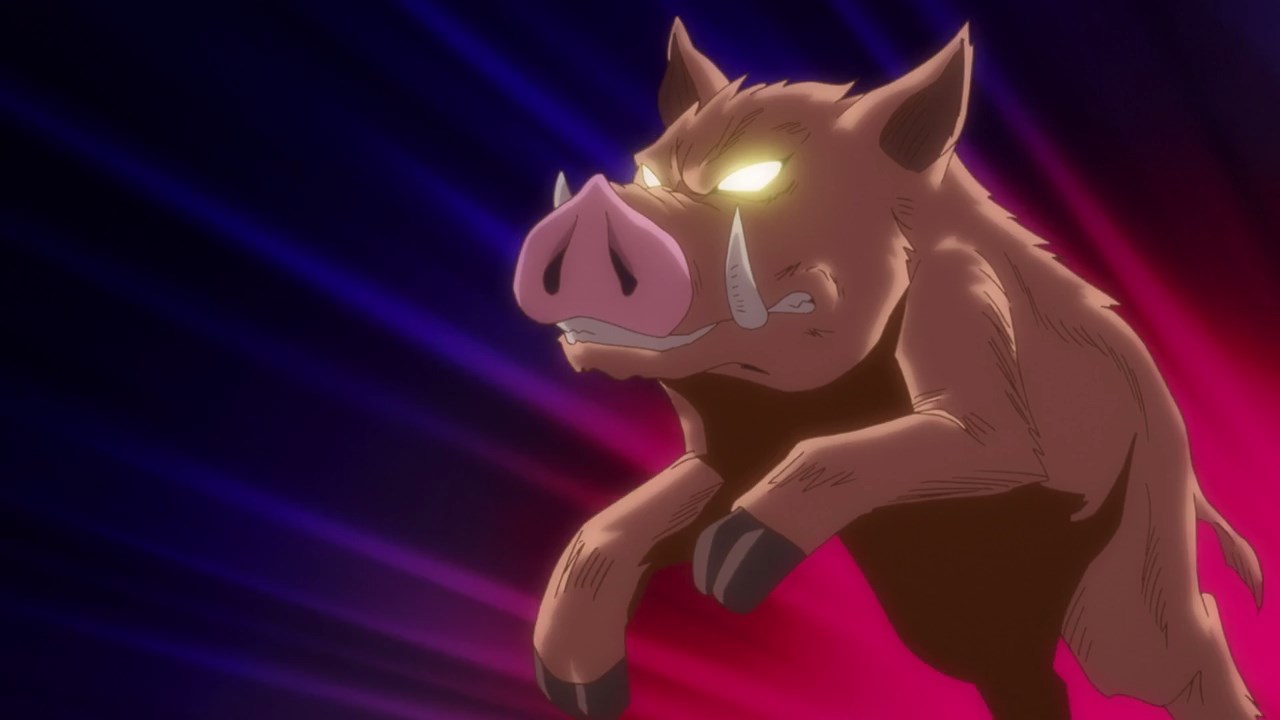 Oh, it’s a boar but still, it poses a threat to Eripiyo as she might get run over by a wild animal. 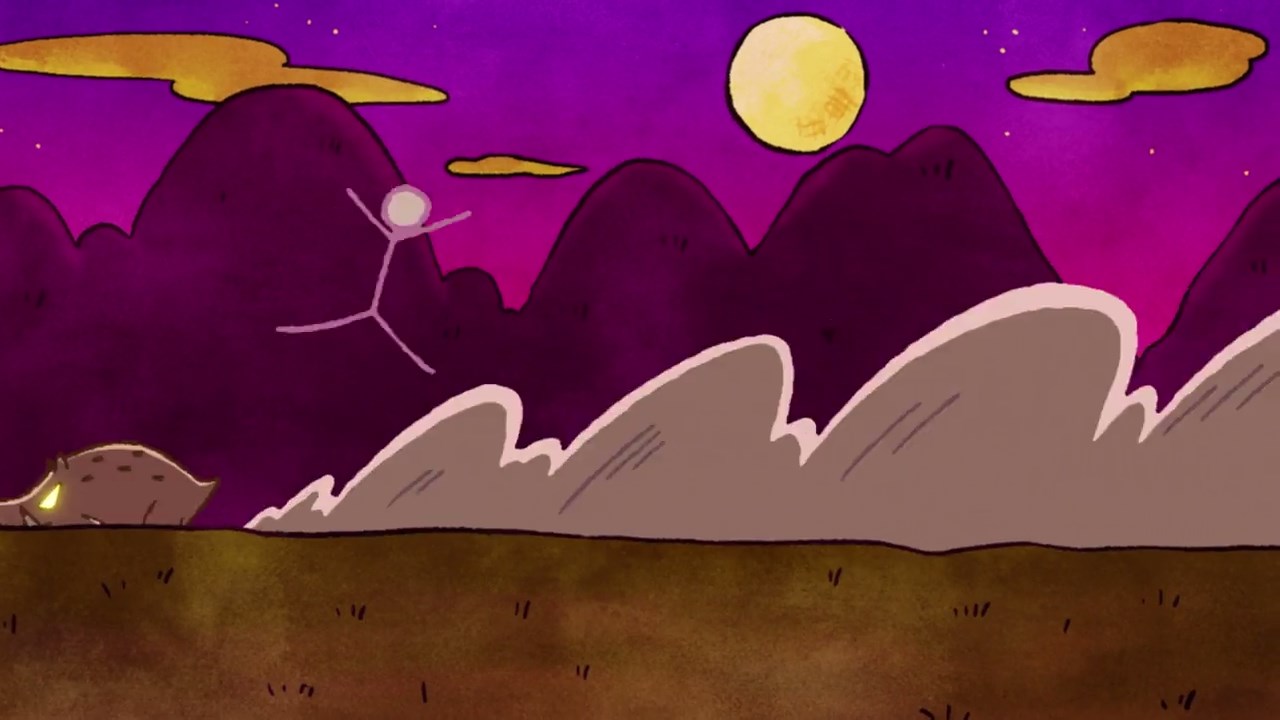 And while she can dodge that wild boar, seems that Eripiyo got so tired of doing 3 part-time jobs that she can’t escape from it. Therefore, Eripiyo got mauled by a boar. 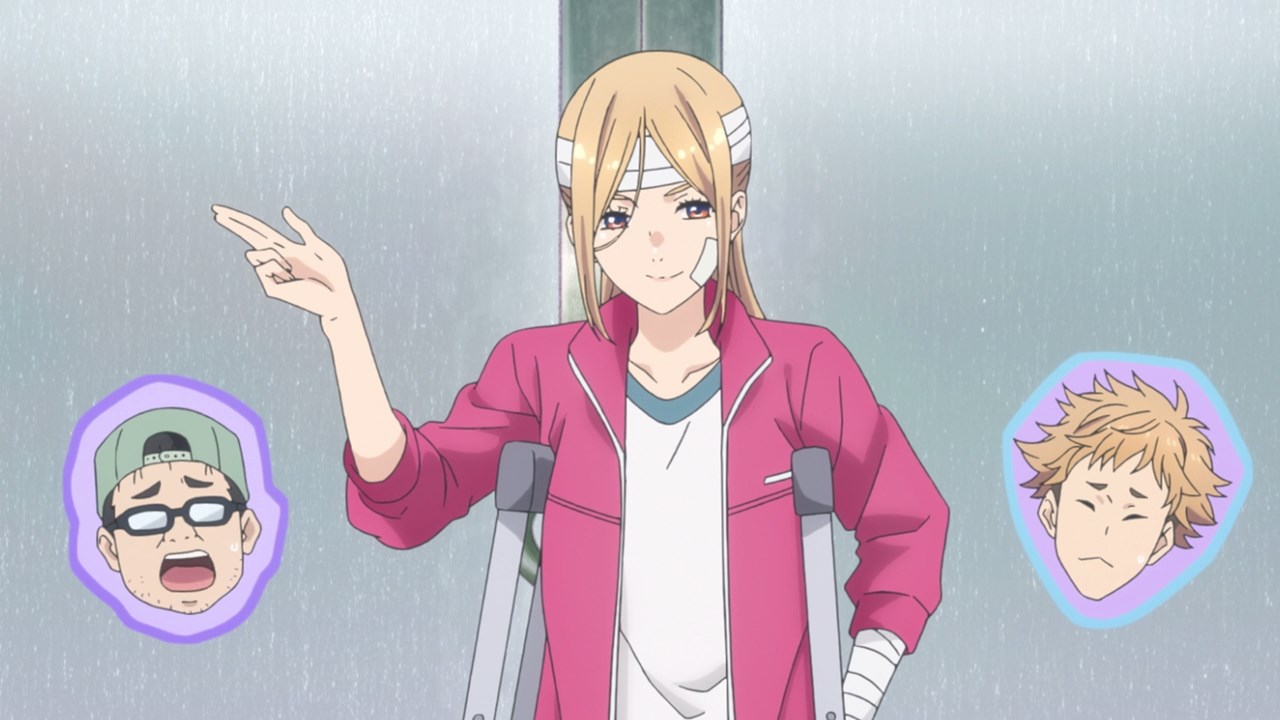 But strangely though, Eripiyo survived where she only got a broken leg. Actually, I think she needs to take a rest as Kumasa and Motoi are worried about her! 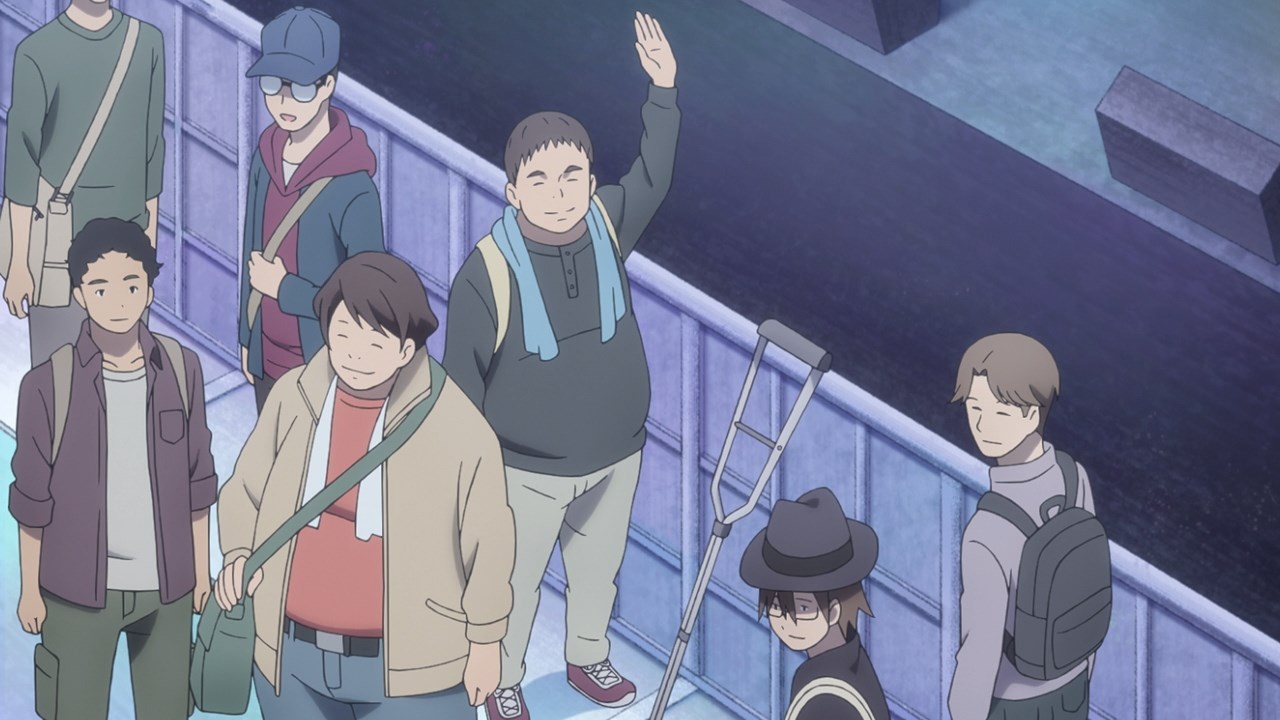 Now then, it’s time for a special concert dedicated to Reo Igarashi. Of course, some fans have decided to give Kumasa a spot to see Reo up-close. 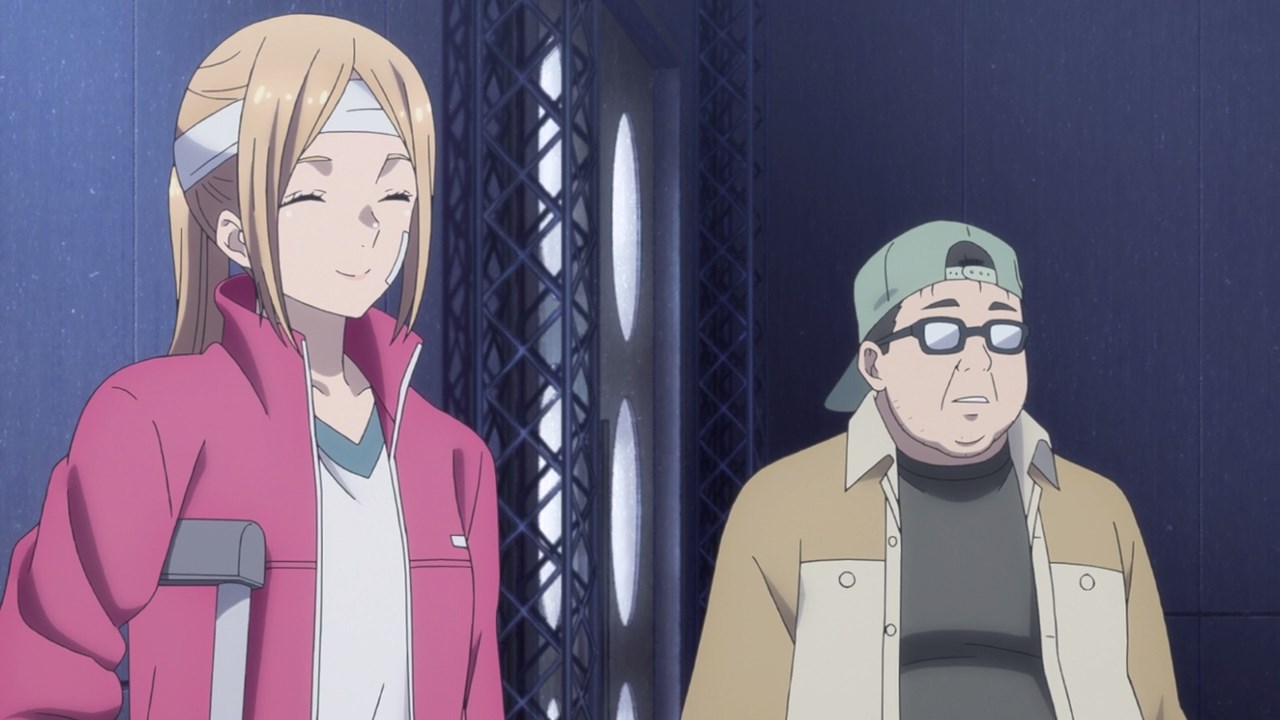 For Kumasa, he’s touched by the sheer amount of support by his fellow fans. C’mon, this is a special day for Reo that they want the number one fan to cheer for her at the front row. 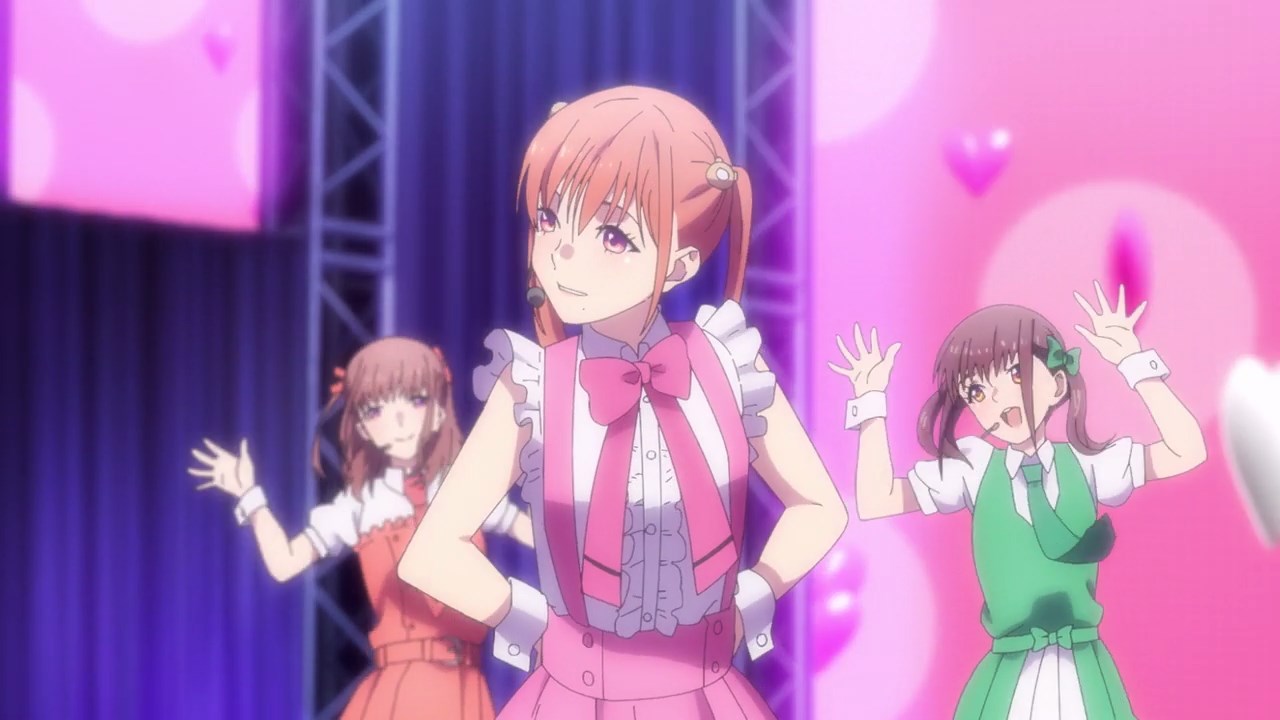 Anyways, it’s time to start the concert and I have to say that Reo Igarashi looked amazing today! 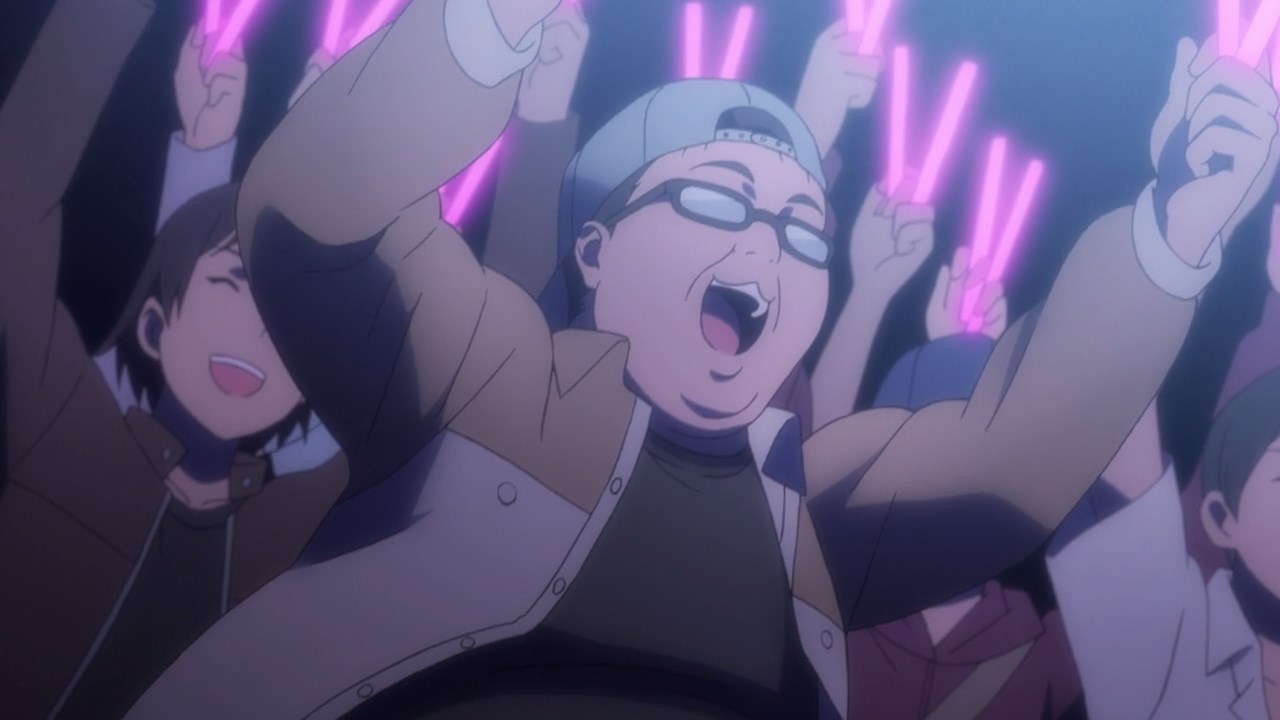 Even Kumasa is happy to see his oshi on this special day as he cheered Reo with all his might. After all, Kumasa promised to Reo that he’ll make her the number one idol. 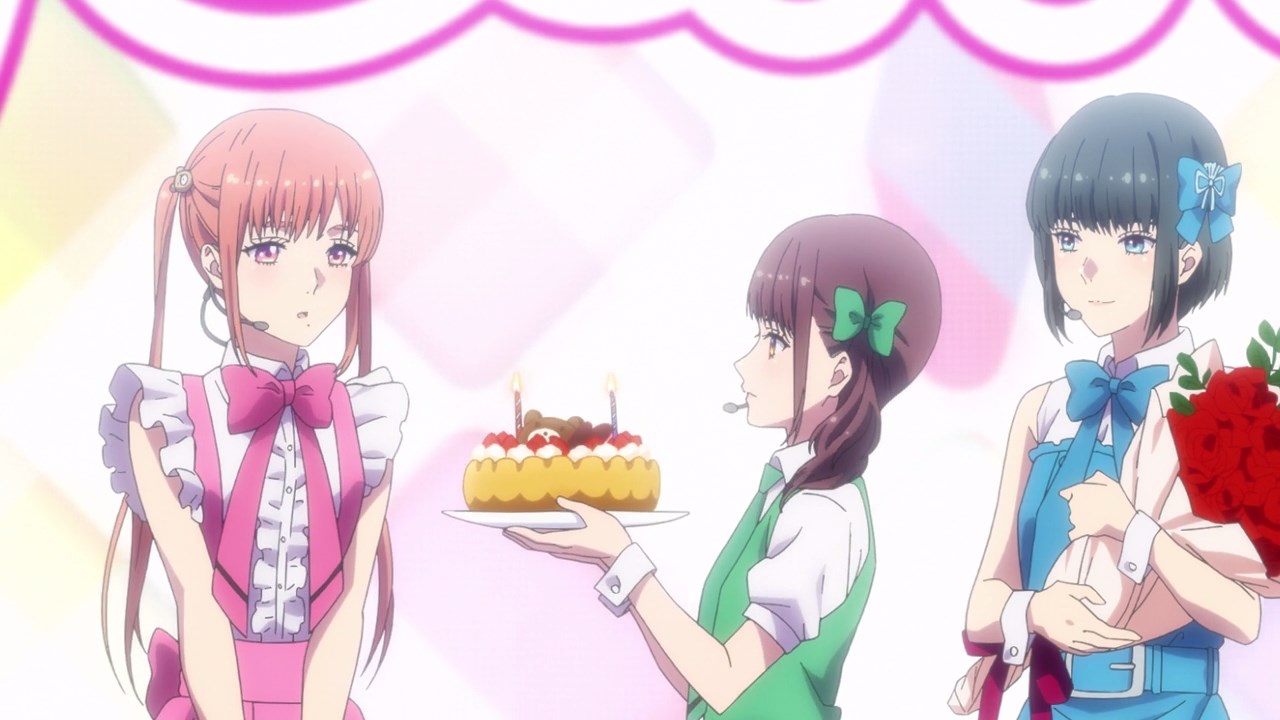 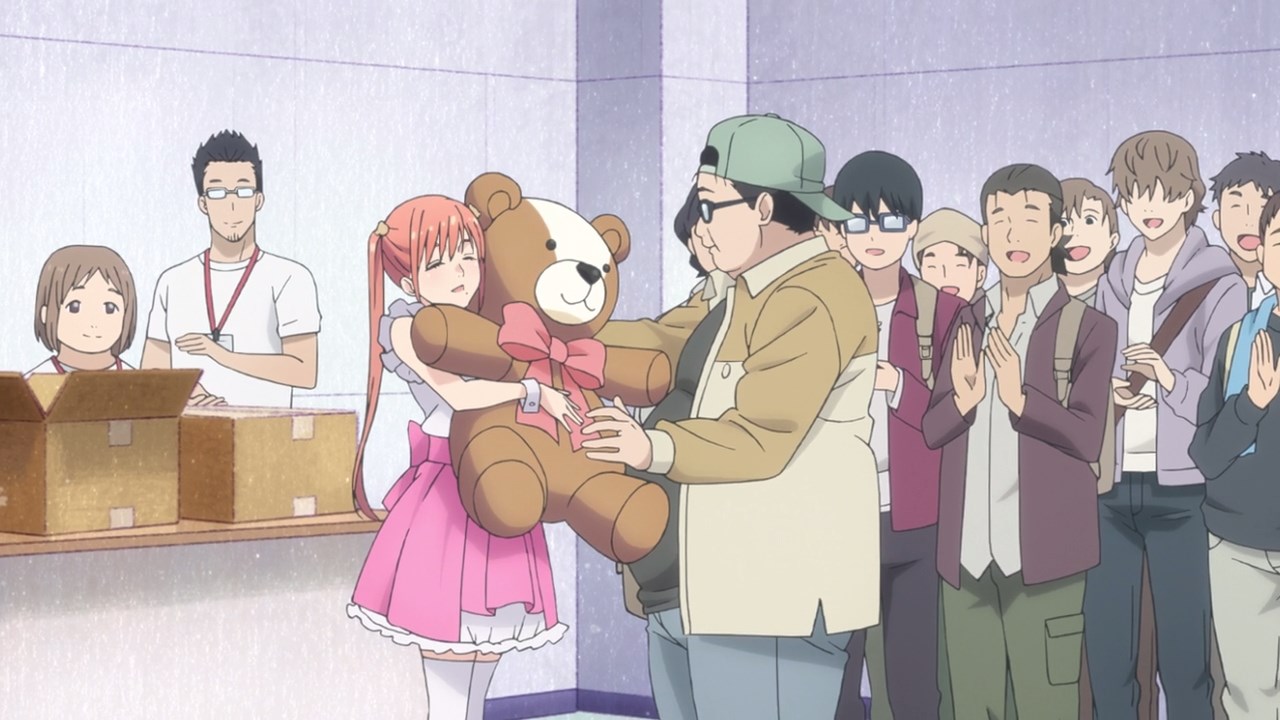 And then, there’s Kumasa who gave Reo a stuffed bear as a present. I have to say that it was the most touching moment that happened on this episode. 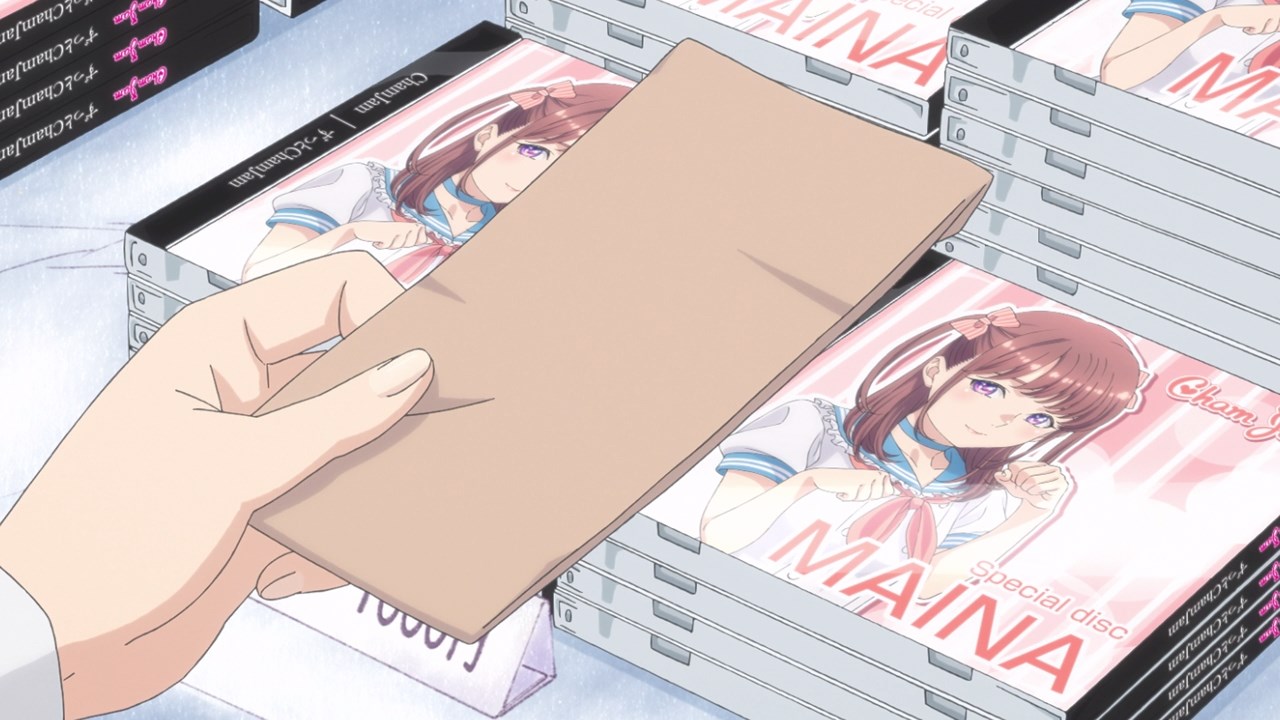 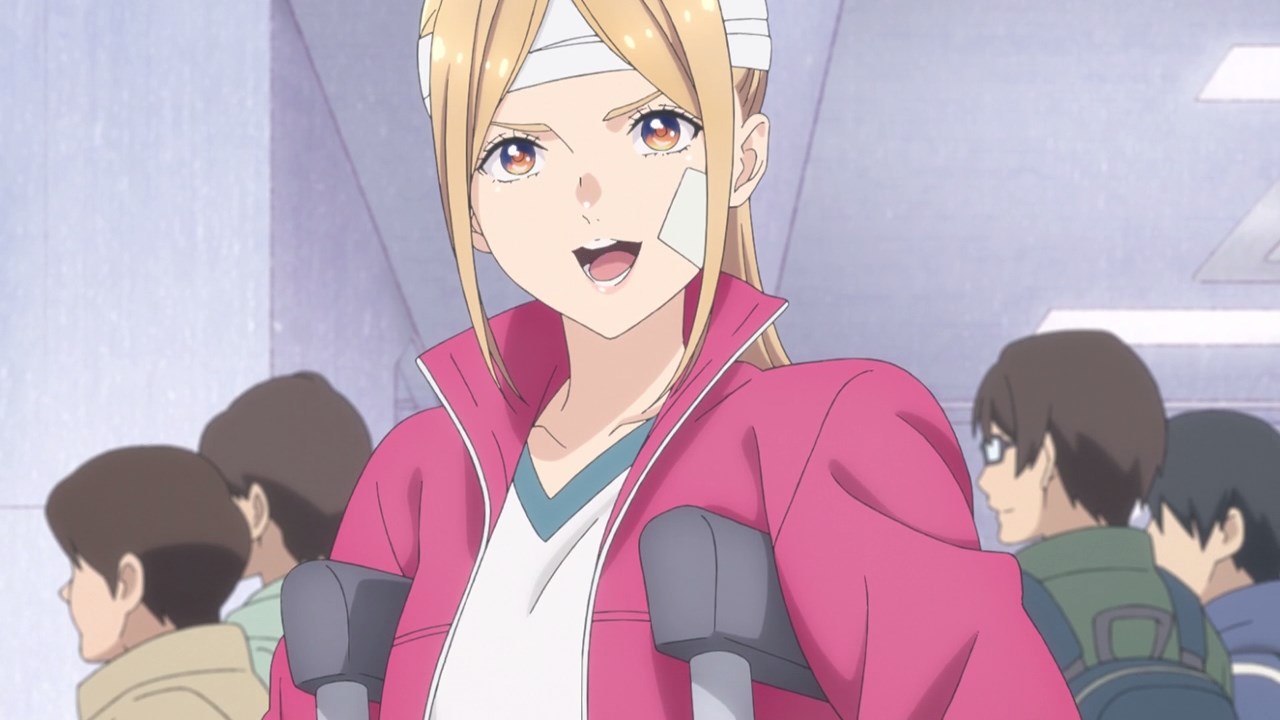 Meanwhile, here’s Eripiyo where she’ll use her hard-earned cash to buy CDs for Maina Ichii.

Um Eripiyo, I think you should use that money for your medical bills ’cause you need to take a rest! 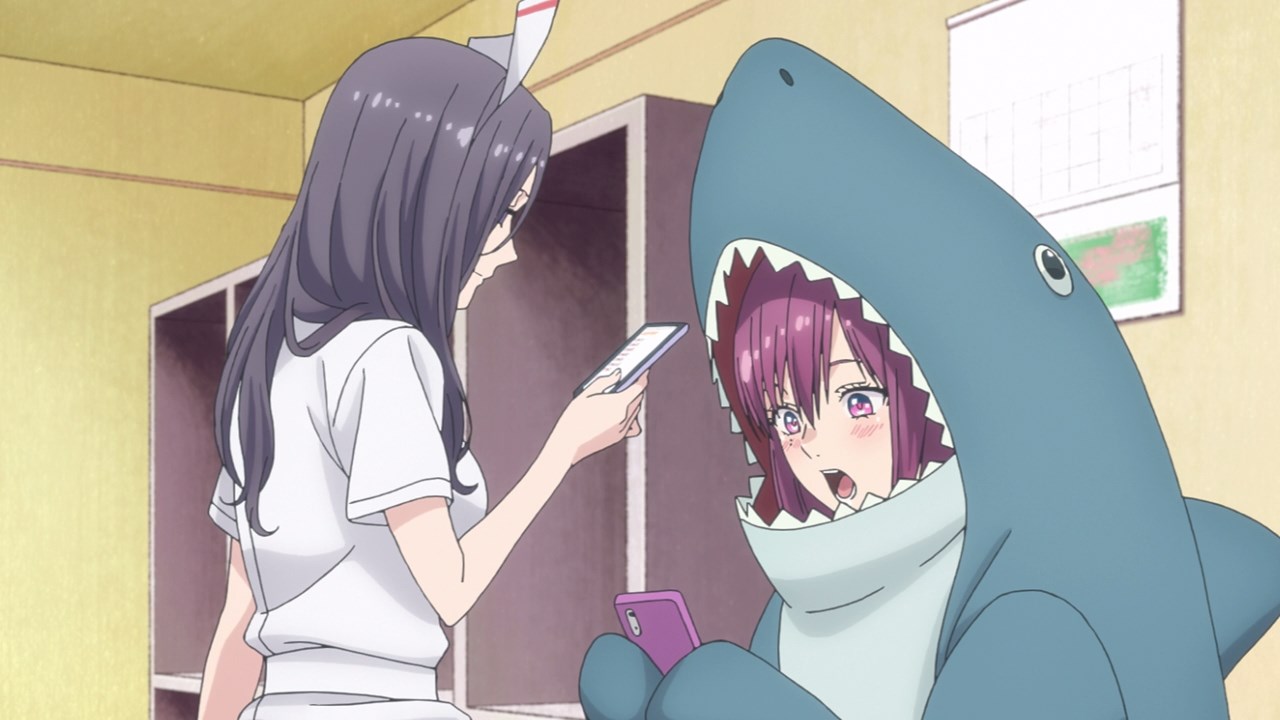 But thanks to Eripiyo, as well as some small pockets of Maina supporters, looks like she went from dead-last to 3rd place in the popularity ranking and everyone is shocked to see Maina’s meteoric rise. 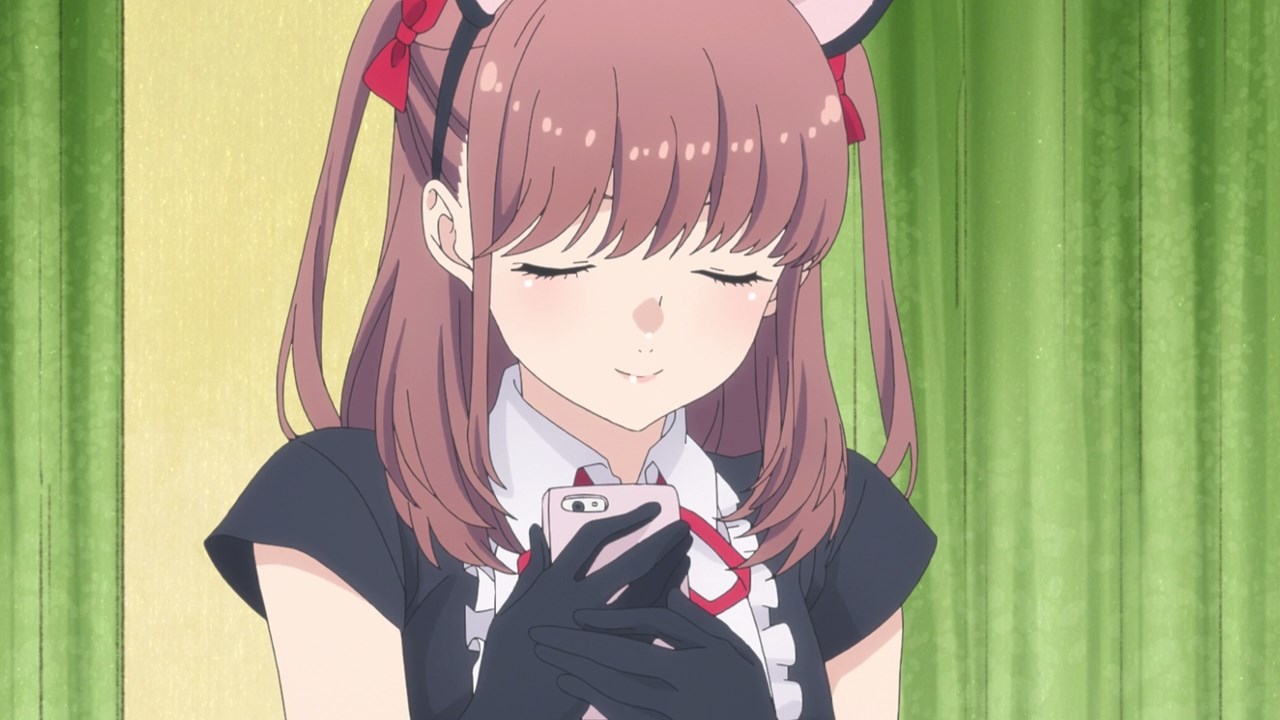 For Maina Ichii, she’s happy towards Eripiyo that her rise into 3rd place made it possible thanks to her. Of course, let’s not forget that it’s not Eripiyo who help Maina rise into 3rd place as there are people out there who are fans of her like Rena.

But that’s about it for this episode as I’ll see you next time. Let’s hope that Maina will become the most popular idol in Cham Jam, but I want her and the rest of the group to perform at the Budokan someday.