Posted on February 2, 2020 by benigmatica 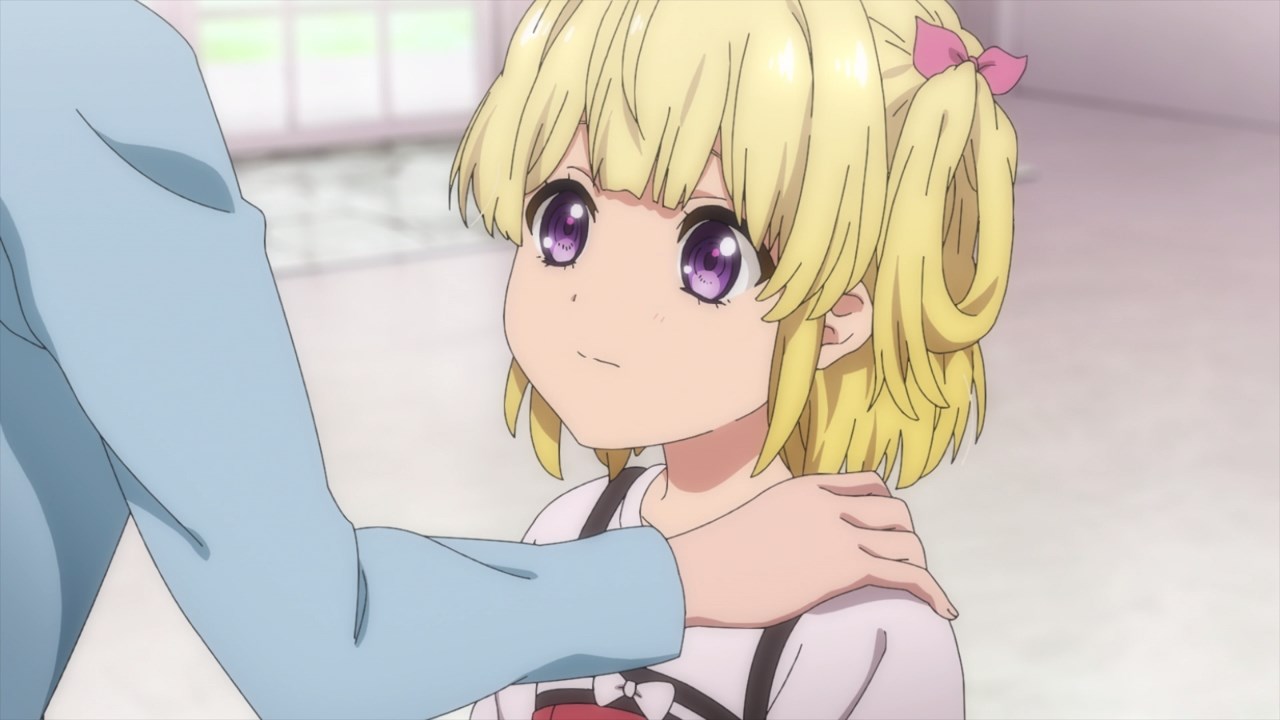 Let’s start this episode with Sakura Fujima where she grew up in the United States together with her parents. 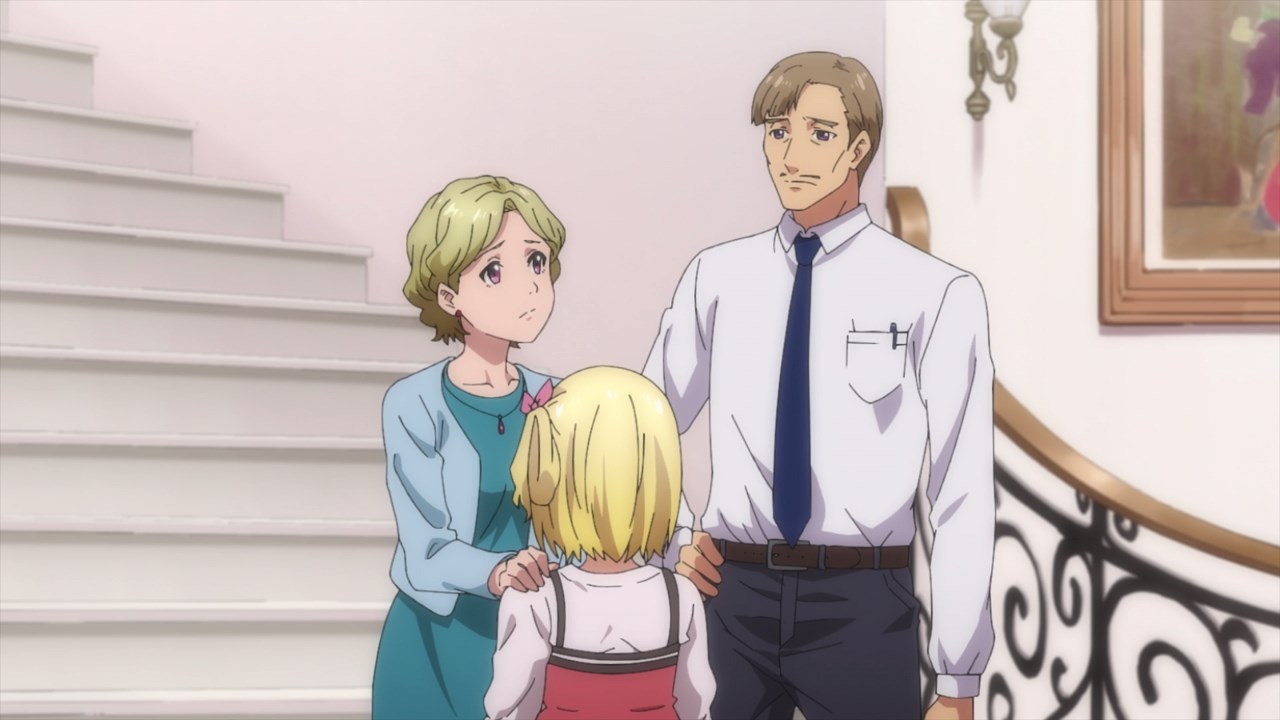 Of course, Sakura’s parents are always busy that they spend less time with their daughter.

Um Mr. and Mrs. Fujima, you have to interact with your daughter or Sakura might become a spoiled brat! 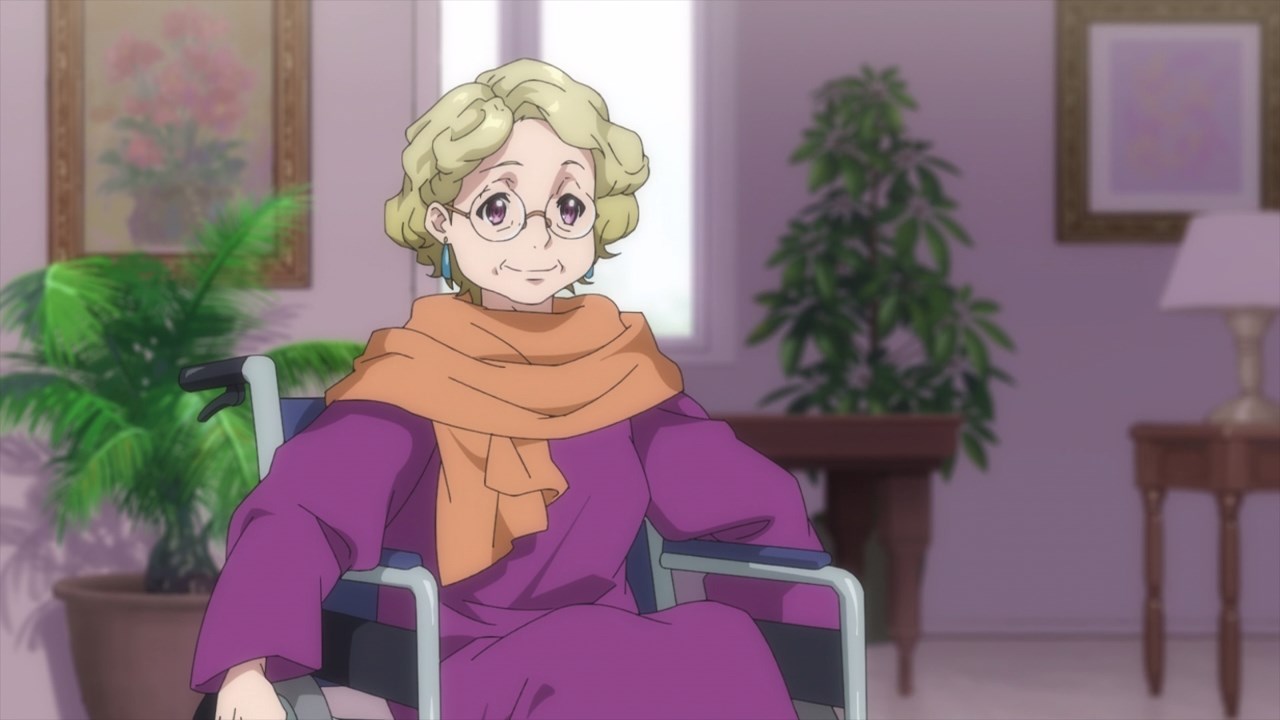 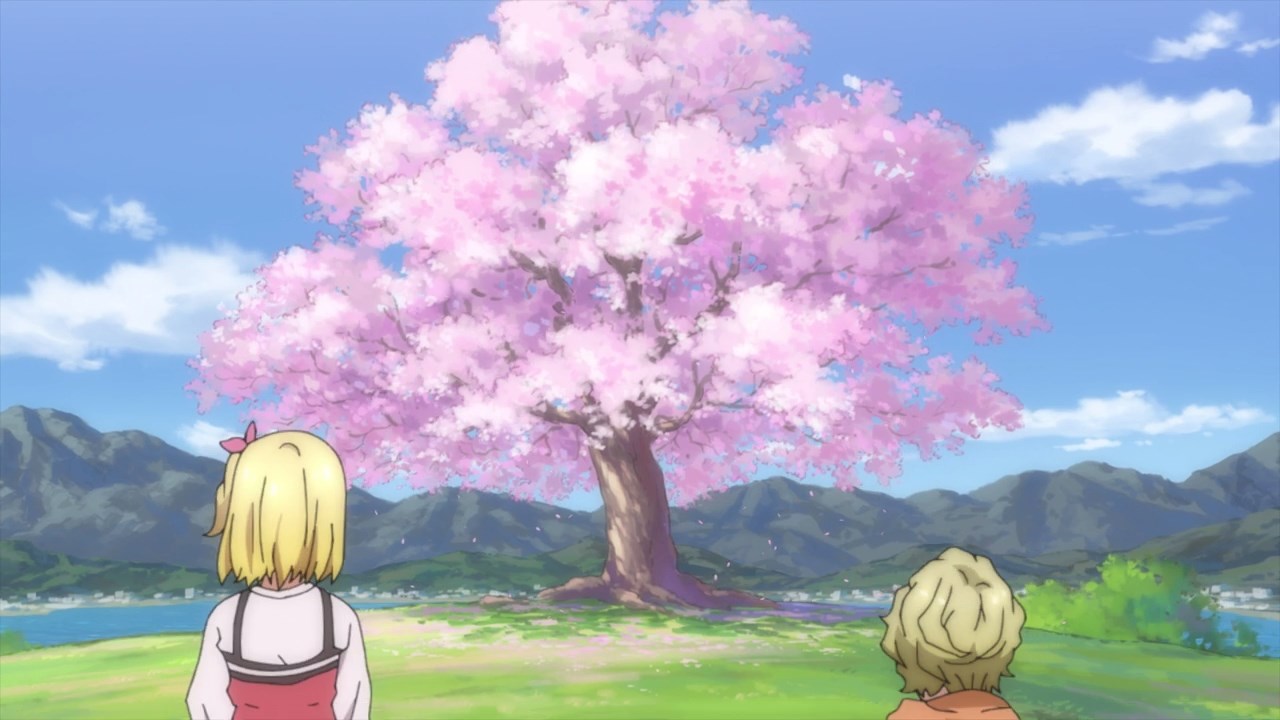 …like this cherry blossom tree over there in which Sakura’s grandmother reminds it of her home country. 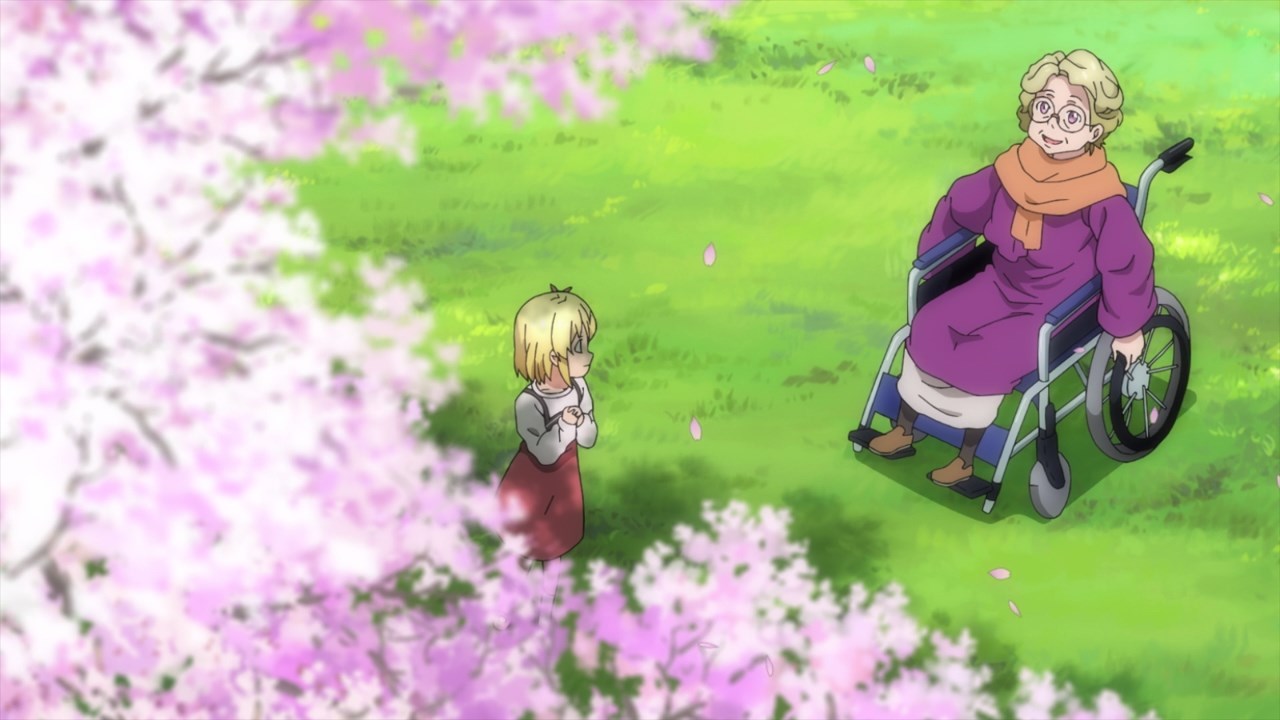 Sure that it’s the only cherry blossom tree in America, but Sakura enjoyed watching it together with her grandmother. 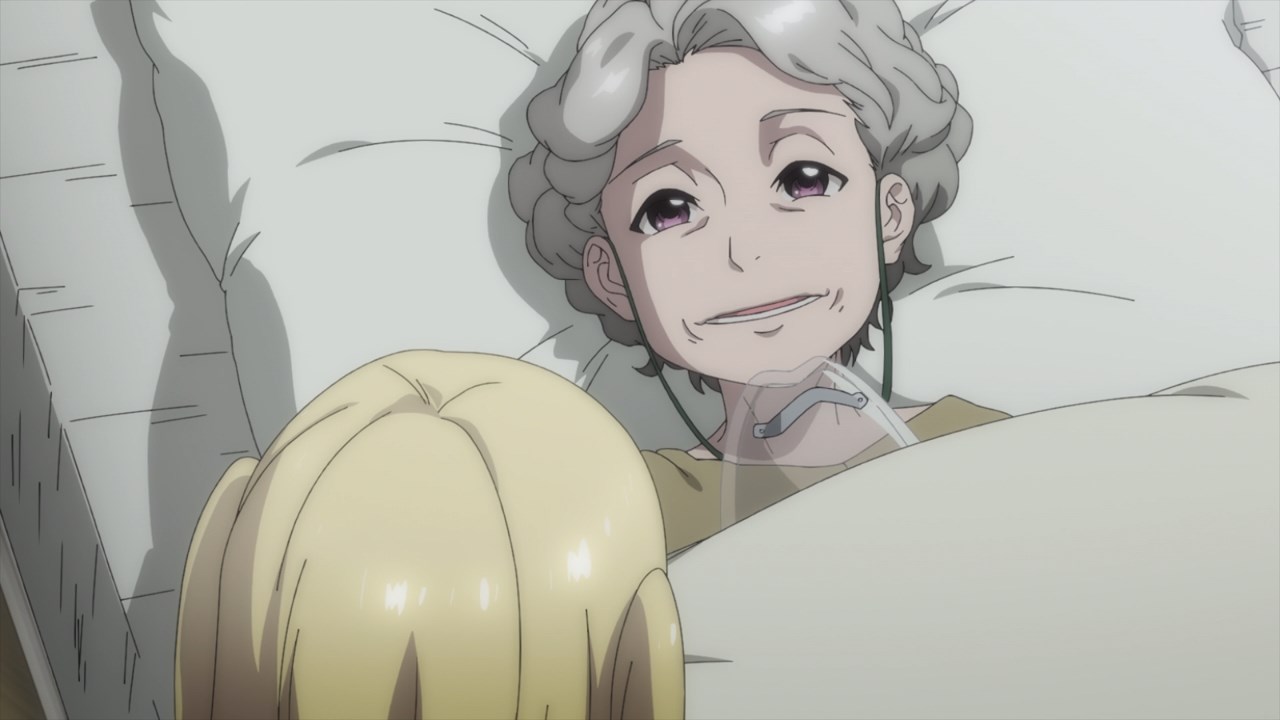 Sadly, all good things must come to an end as Sakura’s grandmother is at her deathbed and says farewell to her precious granddaughter. 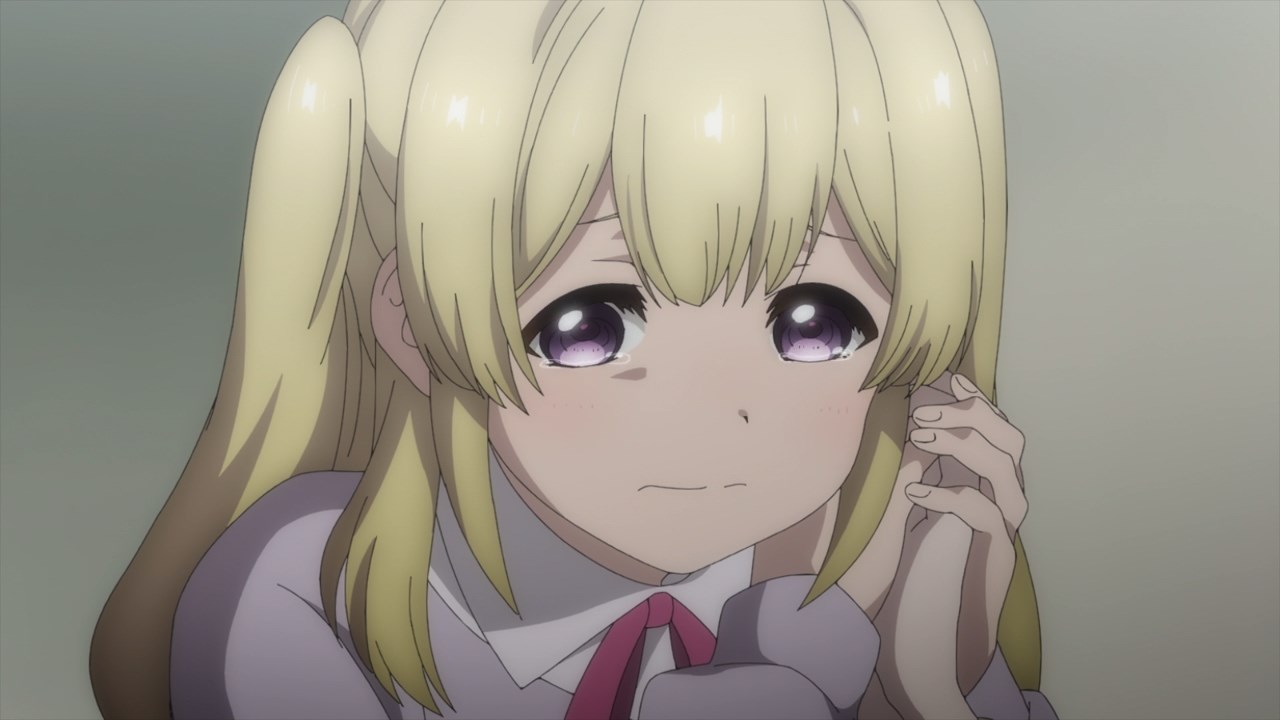 For Sakura, she doesn’t want her grandmother to pass away just yet as they want to see the cherry blossom trees in Japan together. But alas, that dream won’t come true… 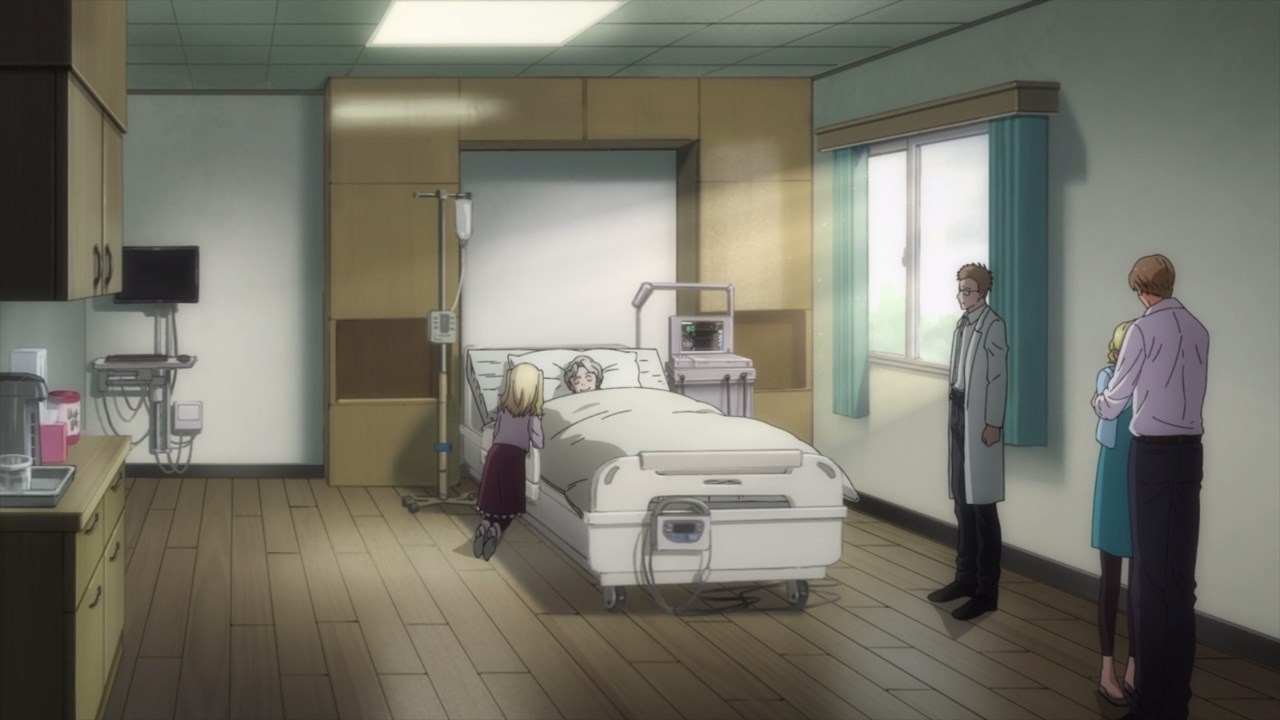 In any case, Sakura’s grandmother had died due to old age. But despite her grandmother’s passing, Sakura wants to go to Japan to see the cherry blossom trees.

Of course, she was given the opportunity to go to Japan thanks to Production GIP sending her an invitation letter. 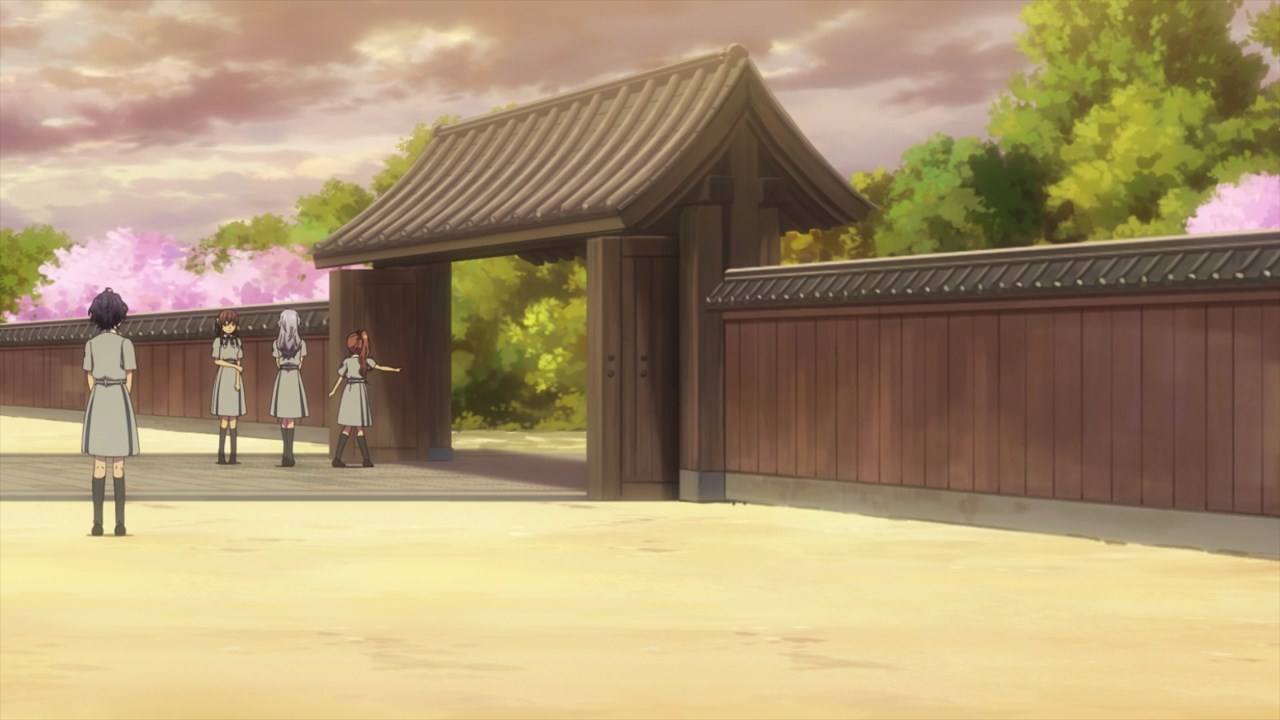 Now let’s go back to the present as 22/7 went to Hitome Senbonzakura in Nara Prefecture for a photo-shoot, which would be featured in Weekly Shonen Sun- I mean, Monday.

Of course, the reason why Nanabun no Nijyuuni went there is because The Wall said so. 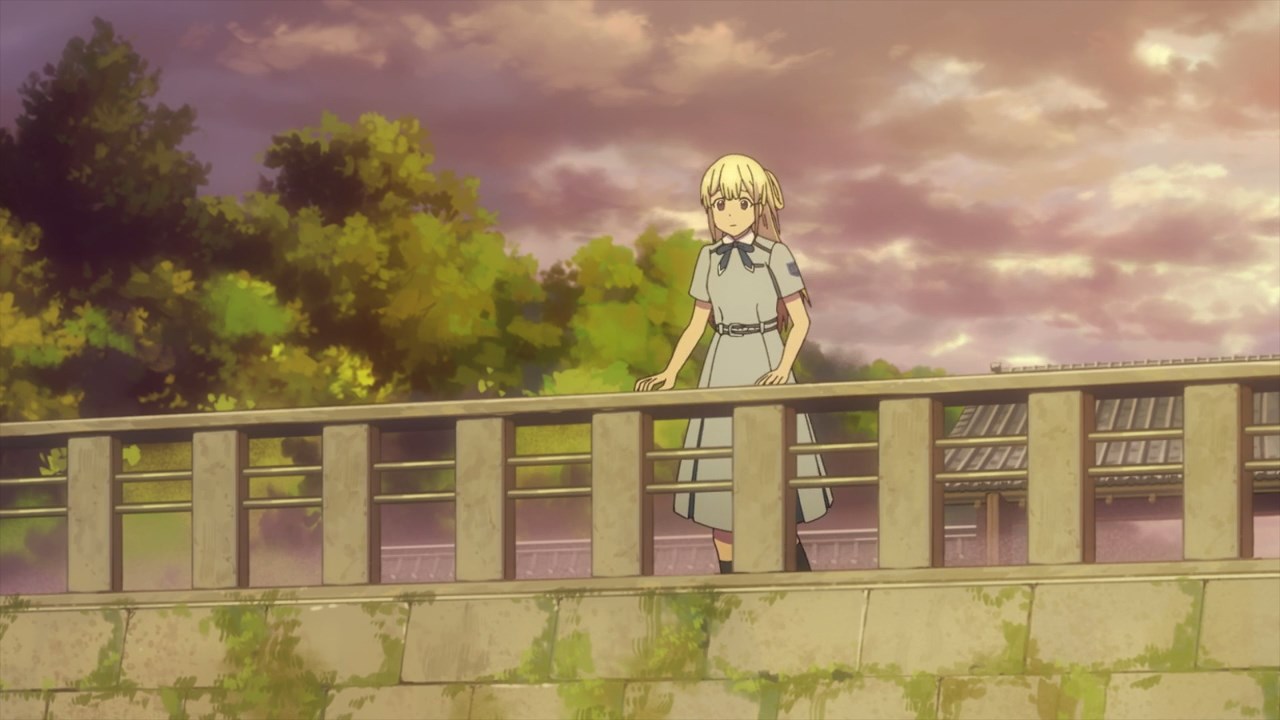 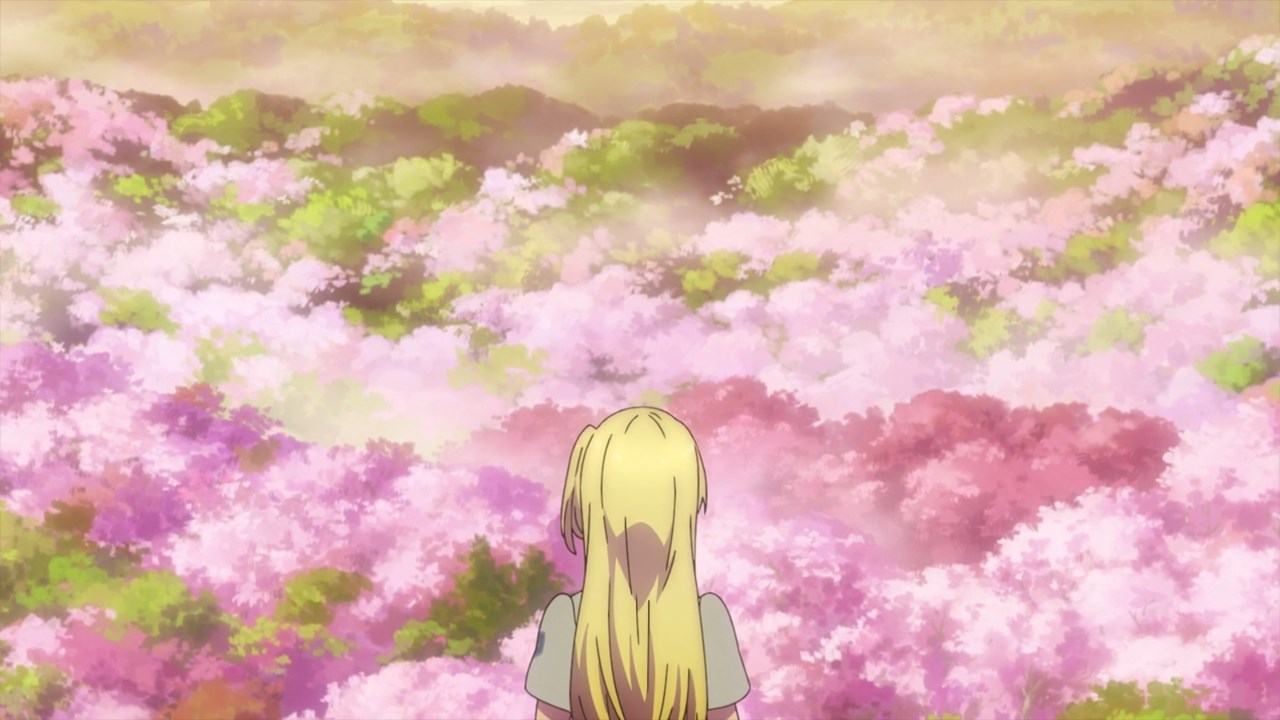 On the other hand, here’s Sakura Fujima where she went to see the cherry blossom trees. I have to say that she was amazed by the sea of cherry blossoms, although Sakura still missed her grandmother much as she wants to see the trees together. 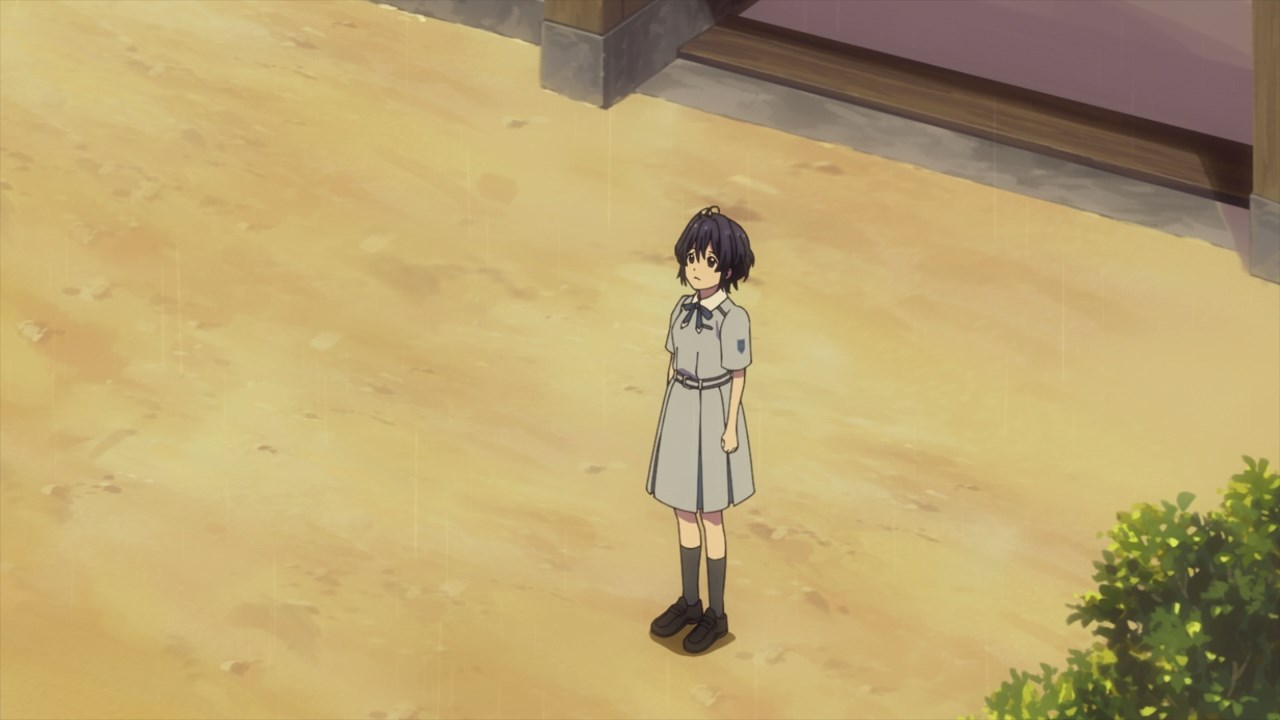 Unfortunately, it appears that the photo-shoot will be postponed for the time being because of rain. First, it started as a small raindrops. 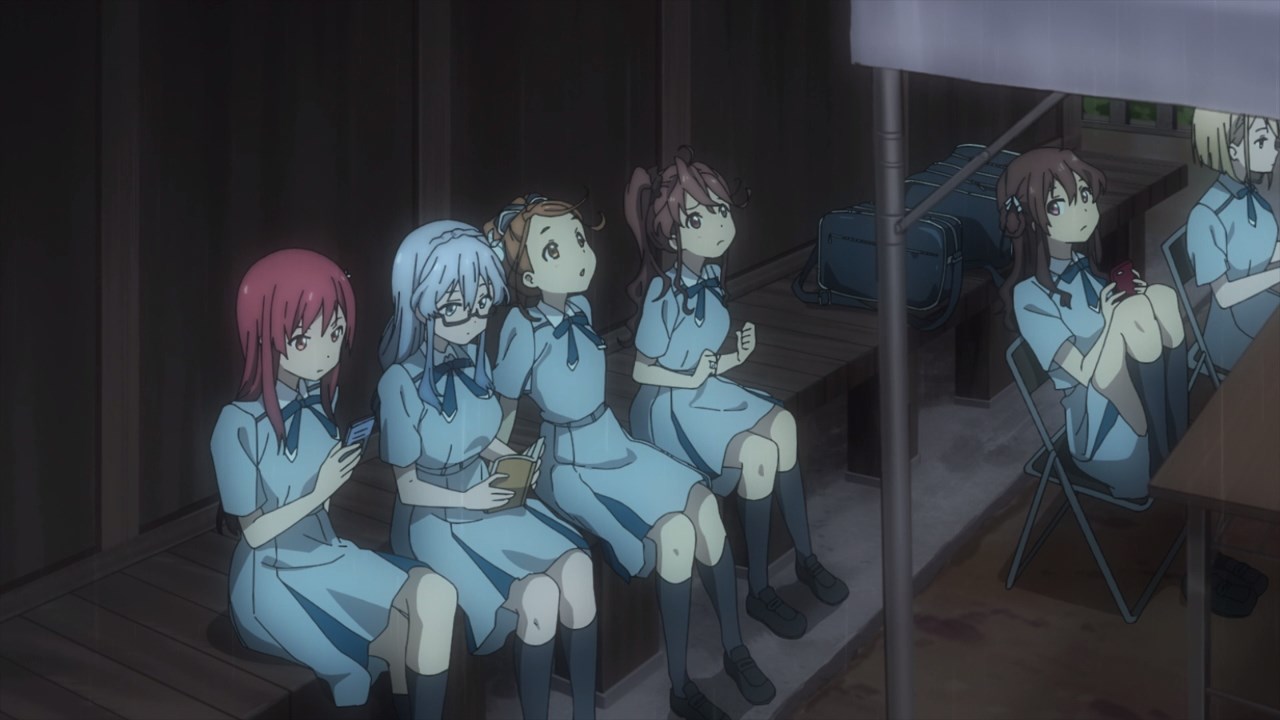 Now, it became a downpour that the photo-shoot might get cancelled. Well, so much for their long travel to Nara Prefecture as the girls felt a sigh of disappointment. 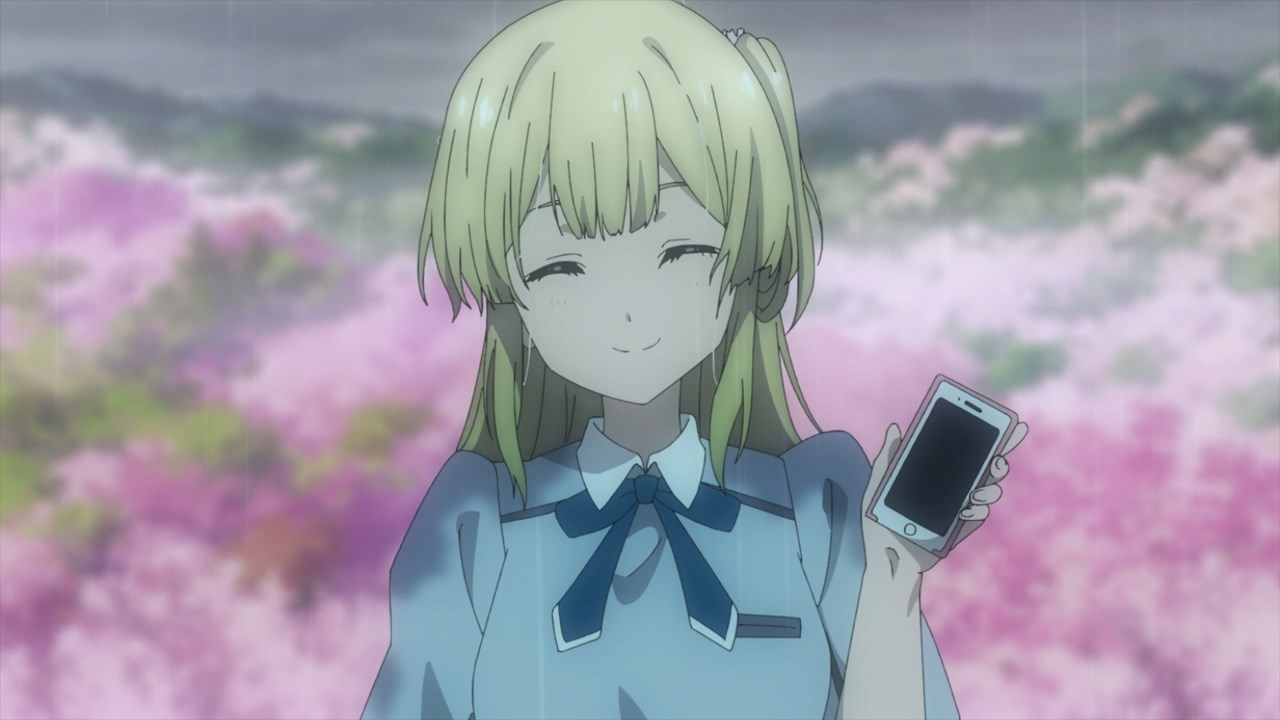 But for Sakura Fujima however, it seems that she wants to have a photo-shoot after all as she invites the rest of the girls for a selfie. 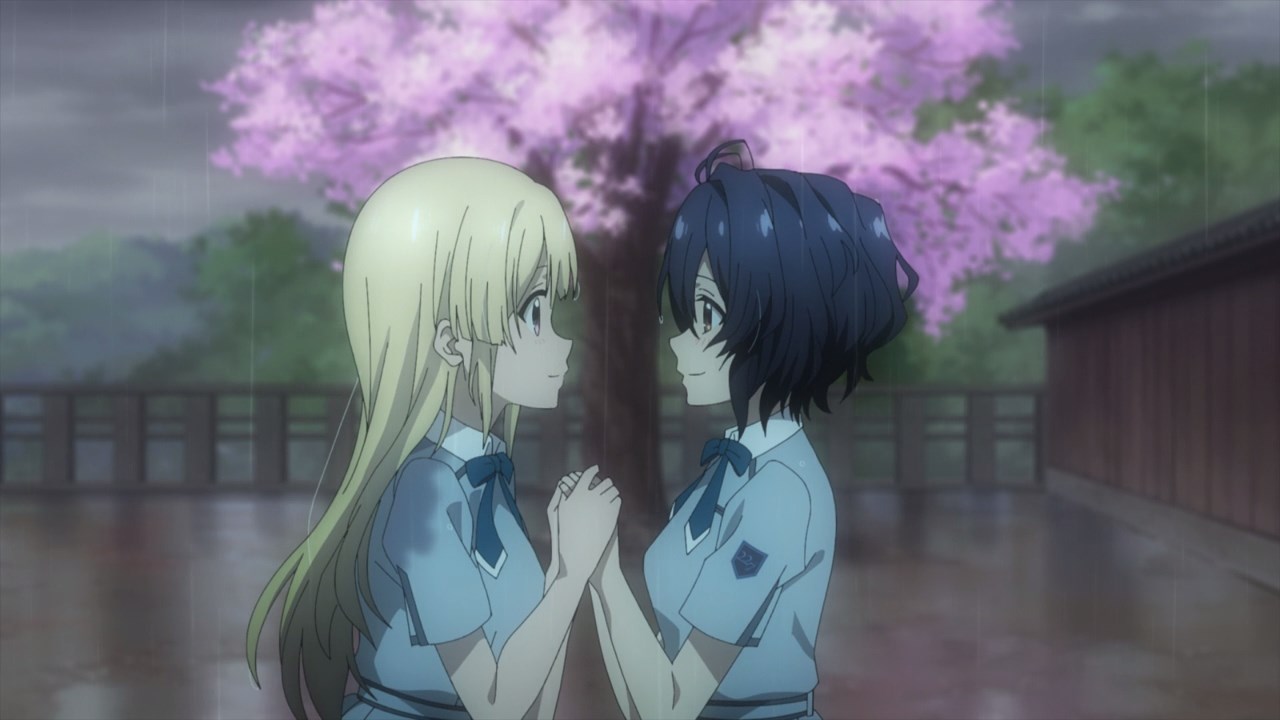 Of course, she invites Miu Takigawa first because Sakura considers Miu as her best friend. Also, isn’t it great that they’re holding hands together? 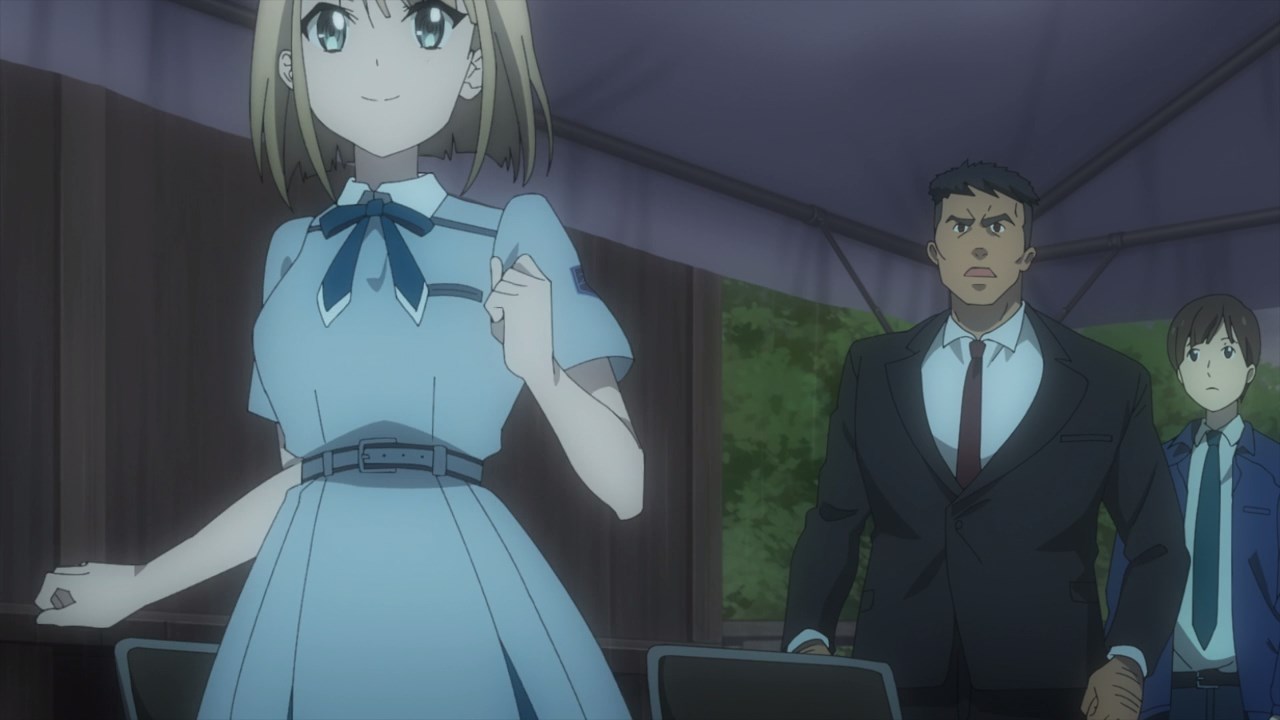 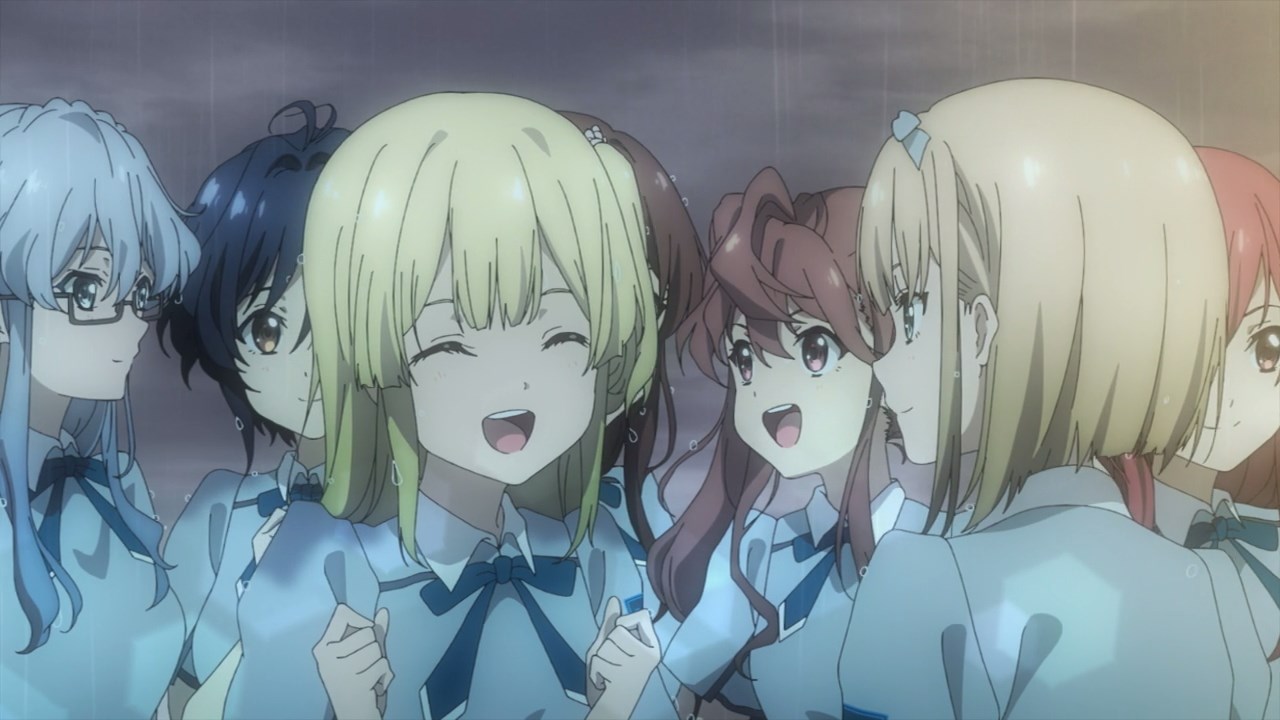 Thanks to Sakura’s enthusiasm, looks like the rest of the girls have joined in despite Aoi Gouda forbidding them to get soaked in the rain.

But you know what, let these girls do what they want! 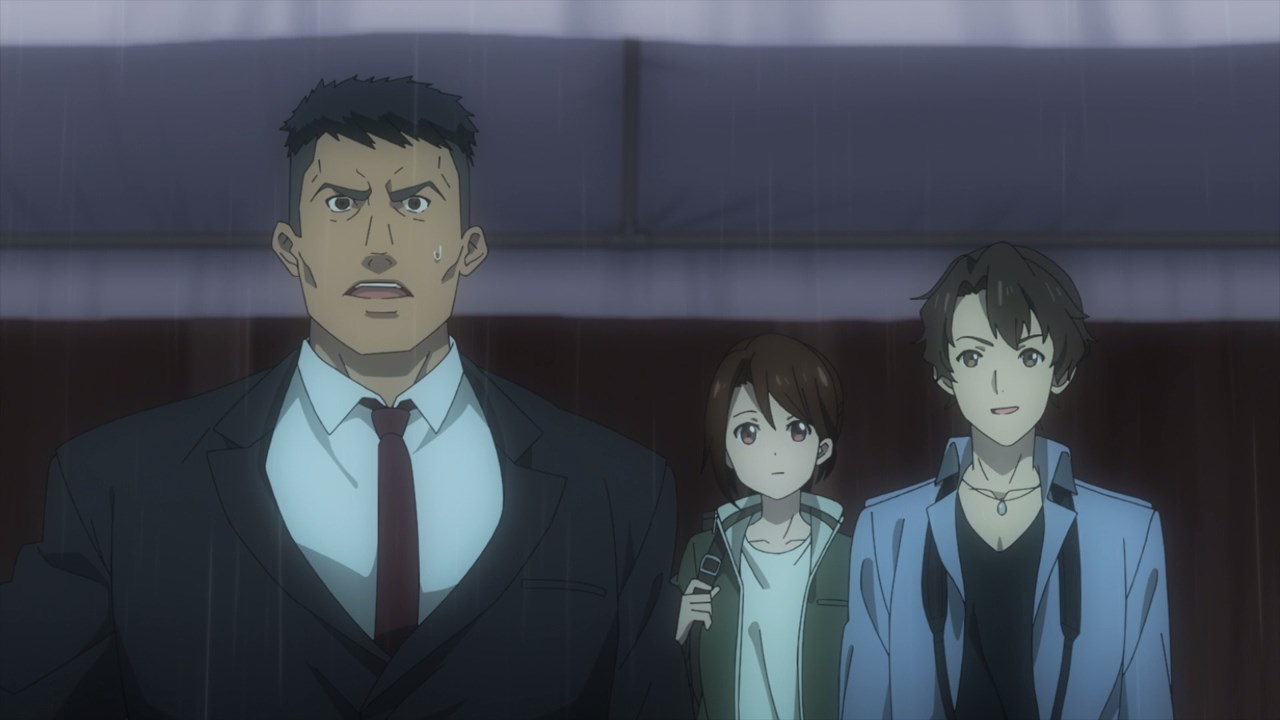 Heck, even the camera crew agree to let they play during a downpour because they can’t miss this opportunity to get some great shots. 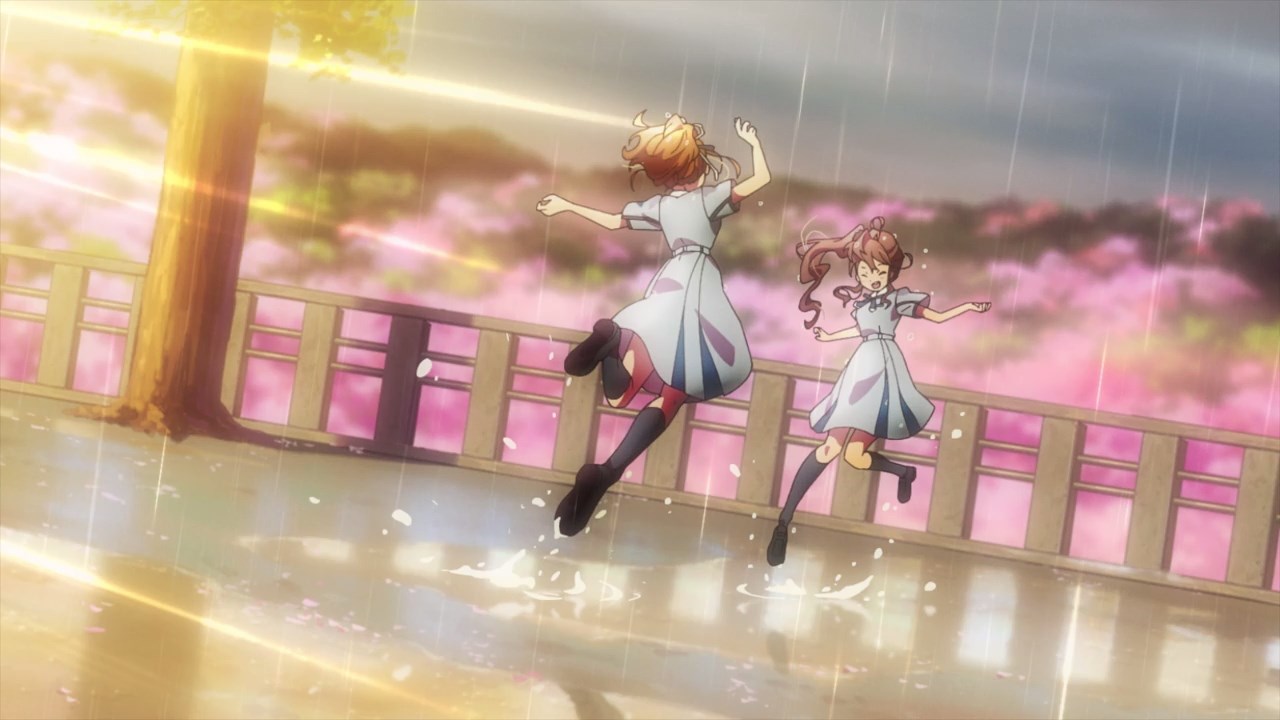 With that said, it’s time for the photo-shoot at Hitome Senbonzakura. As you can see, taking pictures in the rain is a good decision by the camera crew. 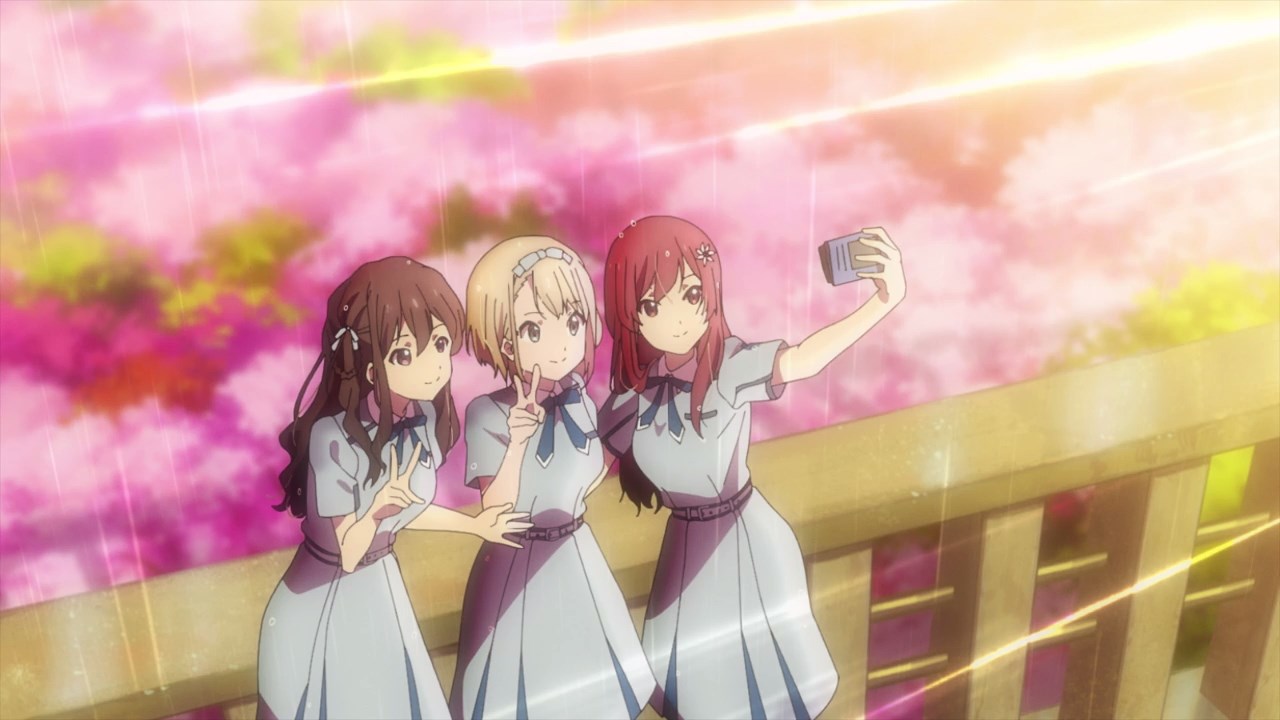 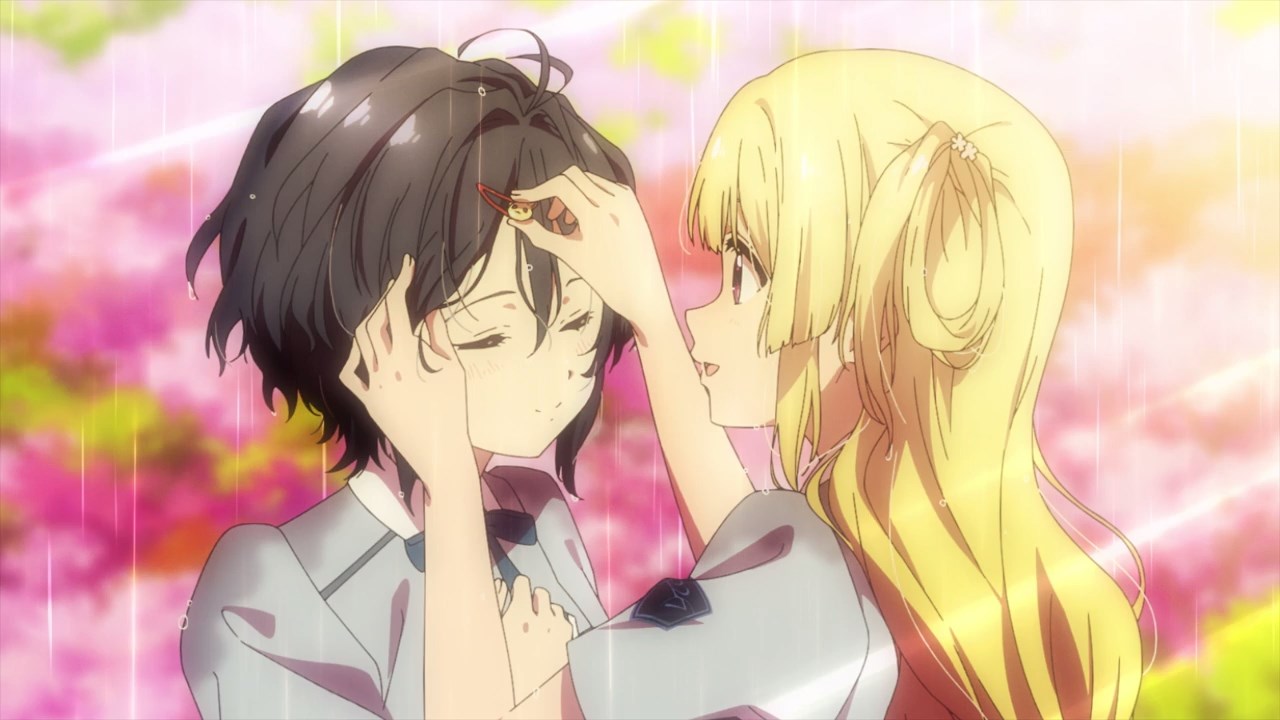 But you know what, it’s all thanks to Sakura’s eagerness on taking a selfie with the rest of the girls while being surrounded by a sea of cherry blossom trees. 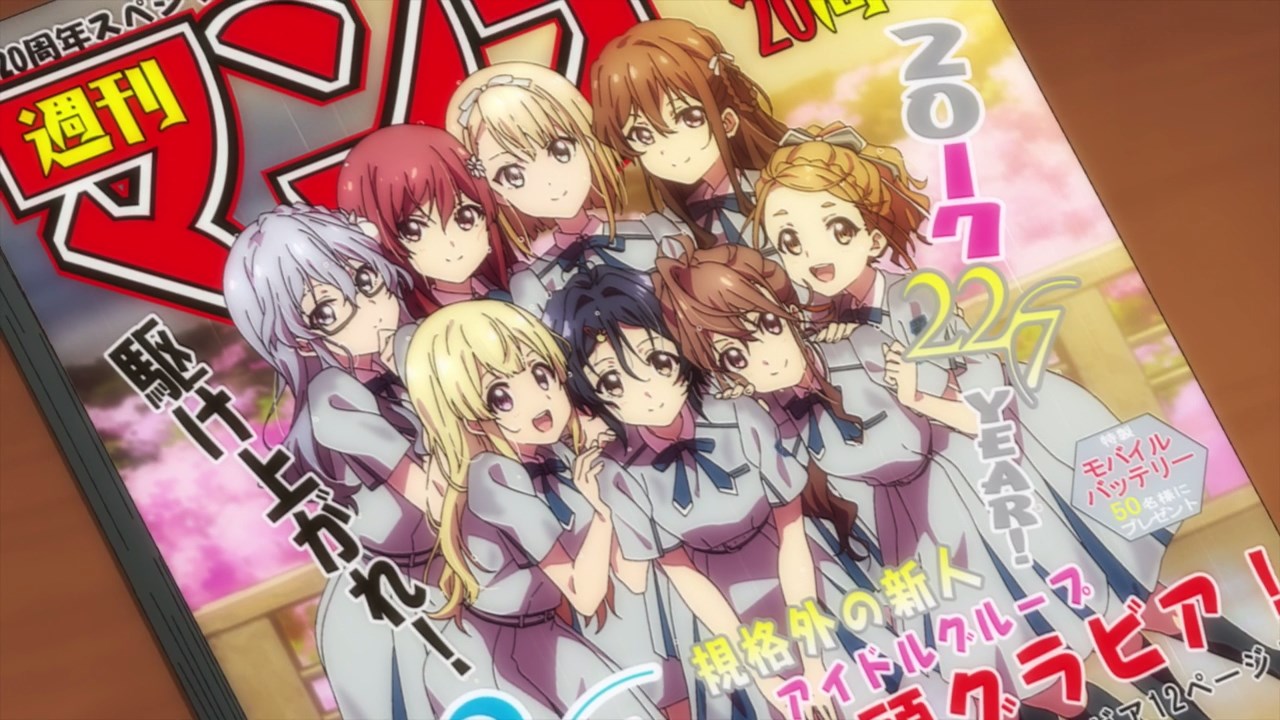 Anyways, here’s the finished product as 22/7 is featured in the latest issue of Weekly Shonen Monday, a great achievement considering that they’re just starting it out. 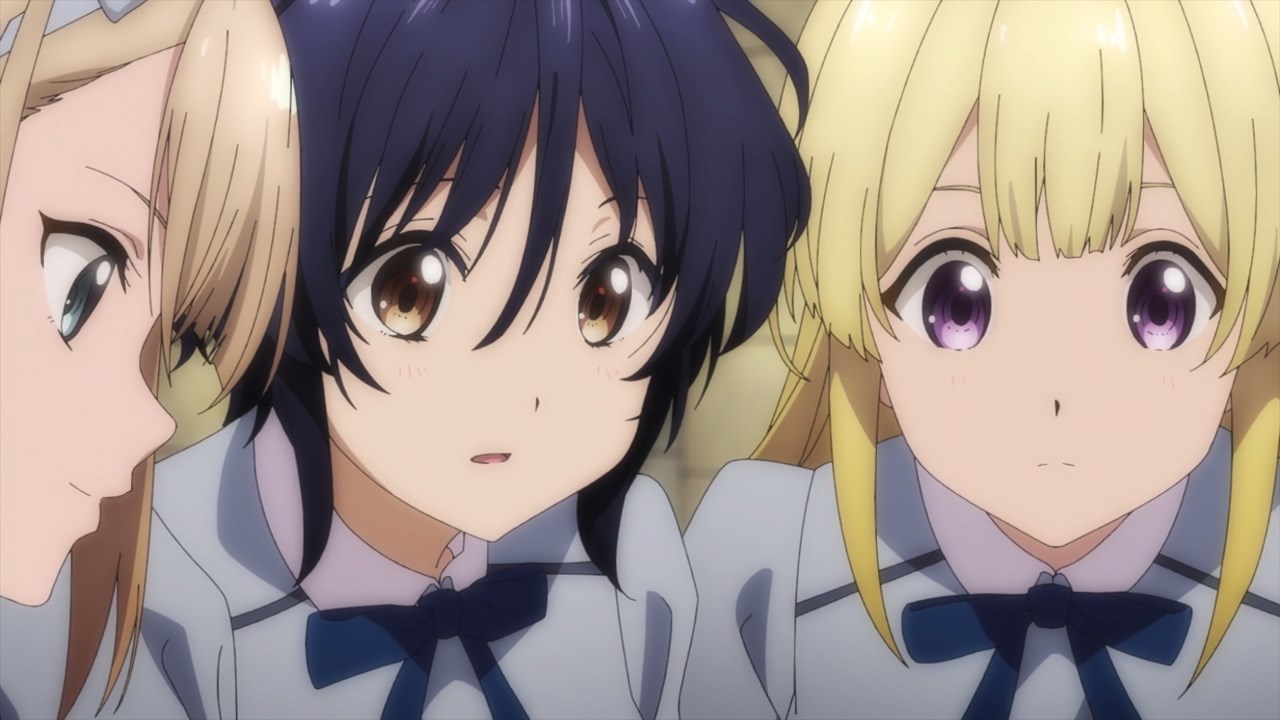 Heck, even the girls are amazed to see candid shots of themselves at a shonen manga magazine. Still, they have a long way to go on becoming the number one idol group in Japan. 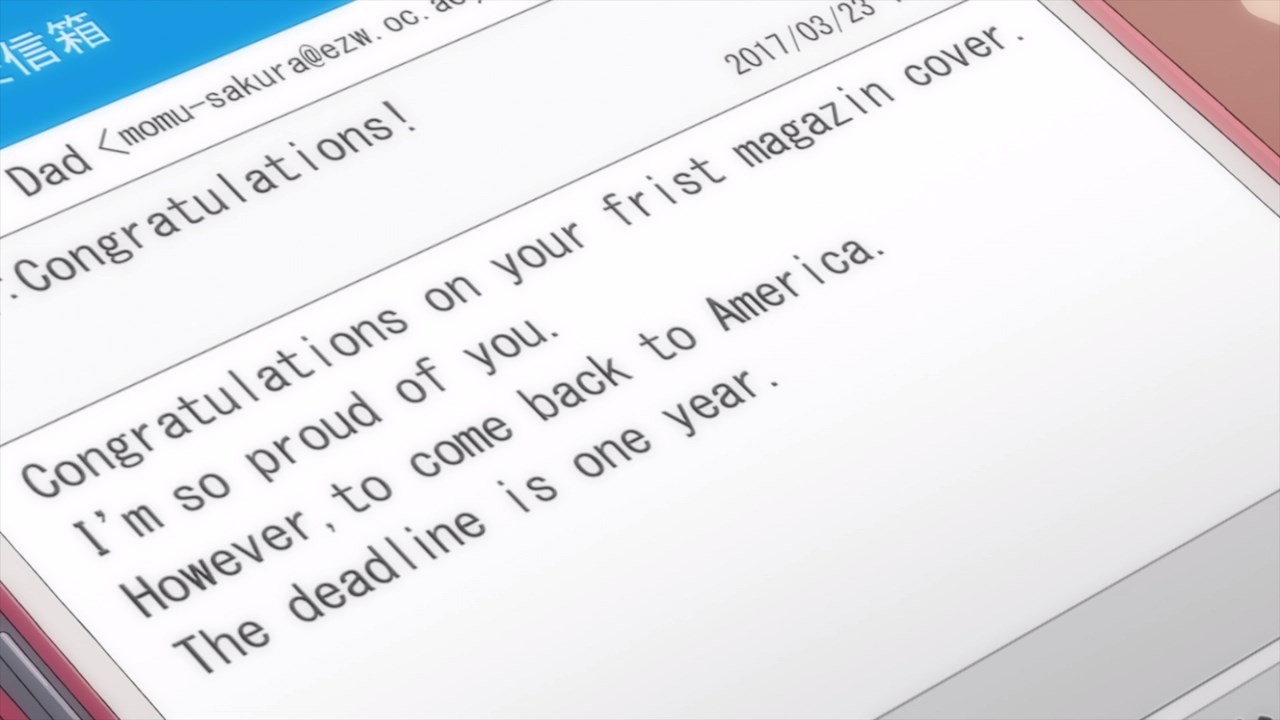 One more thing, seems that Sakura got a congratulatory message from her parents. Of course, they remind her that she must return to America after her one-year stint as an idol in Japan.

By the way, although Sakura Fujima speaking English is great since Sally Amaki is very fluent at that language, the only thing that bugged me is this text message where it’s incomprehensible. I mean, they didn’t even check the spelling and grammar on this. 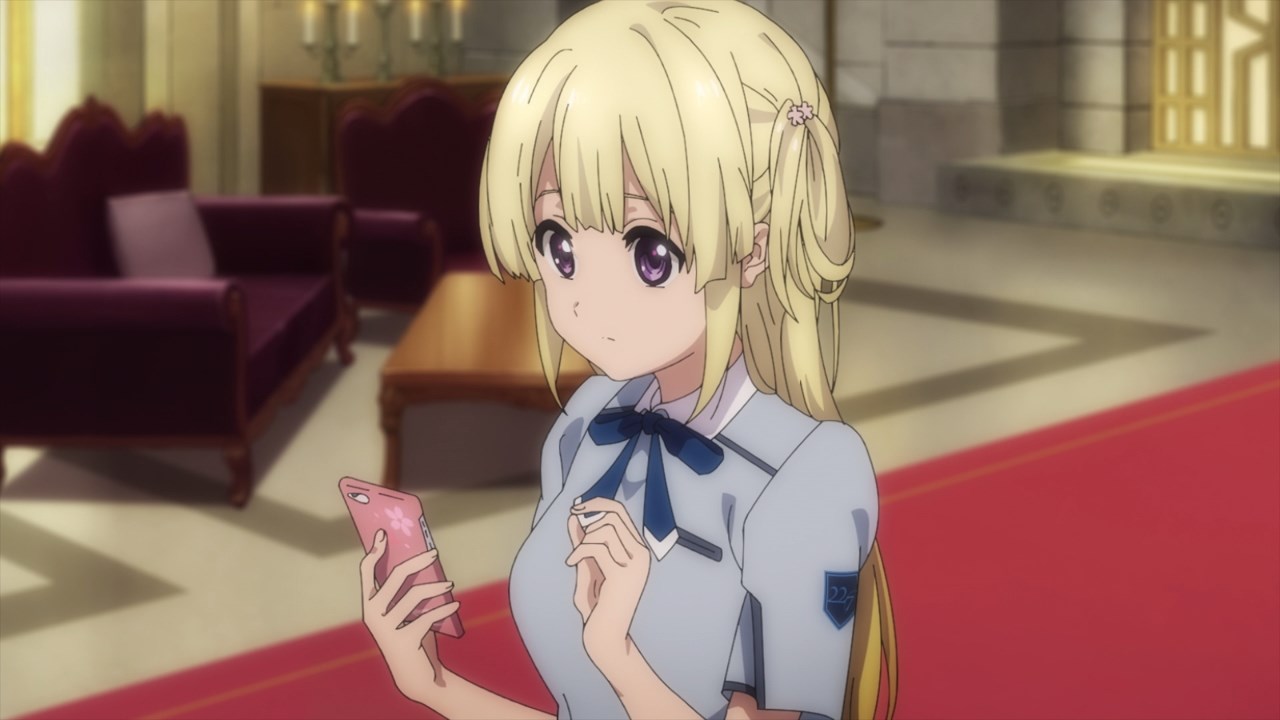 But that’s about it for this episode and I have to say that I’ve enjoyed watching Sakura’s story and why she joined Nanabun no Nijyuuni in the first place.

Of course, there’s more to come on this anime series as I wanna see the story of various members and their reason why they’re being selected by The Wall. I can’t wait for that!