Posted on February 3, 2020 by benigmatica 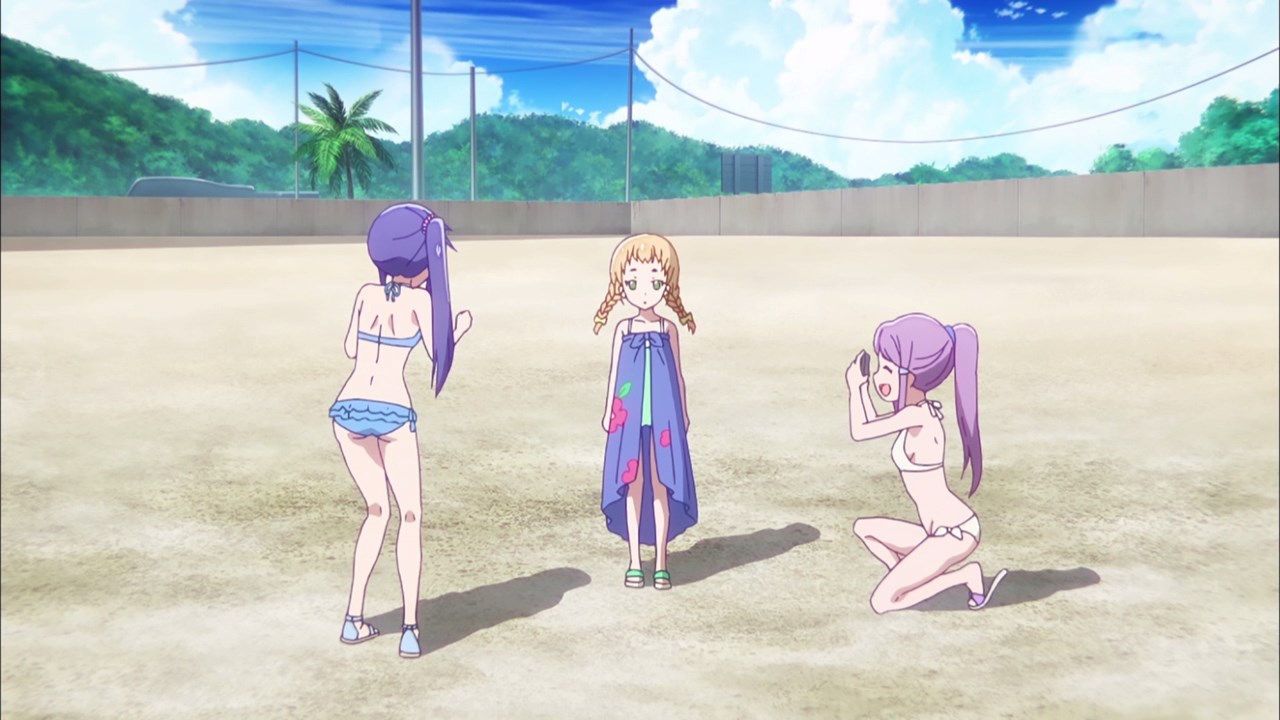 On this episode, the earth science club are at the beach. Well, the only exception will be Mikage Sakurai and Mari Morino as they’re taking summer lessons.

On the other hand, seems that Ao Manaka and Moe Suzuya are having fun dressing up Mai Inose in a pareo and taking pictures of her. 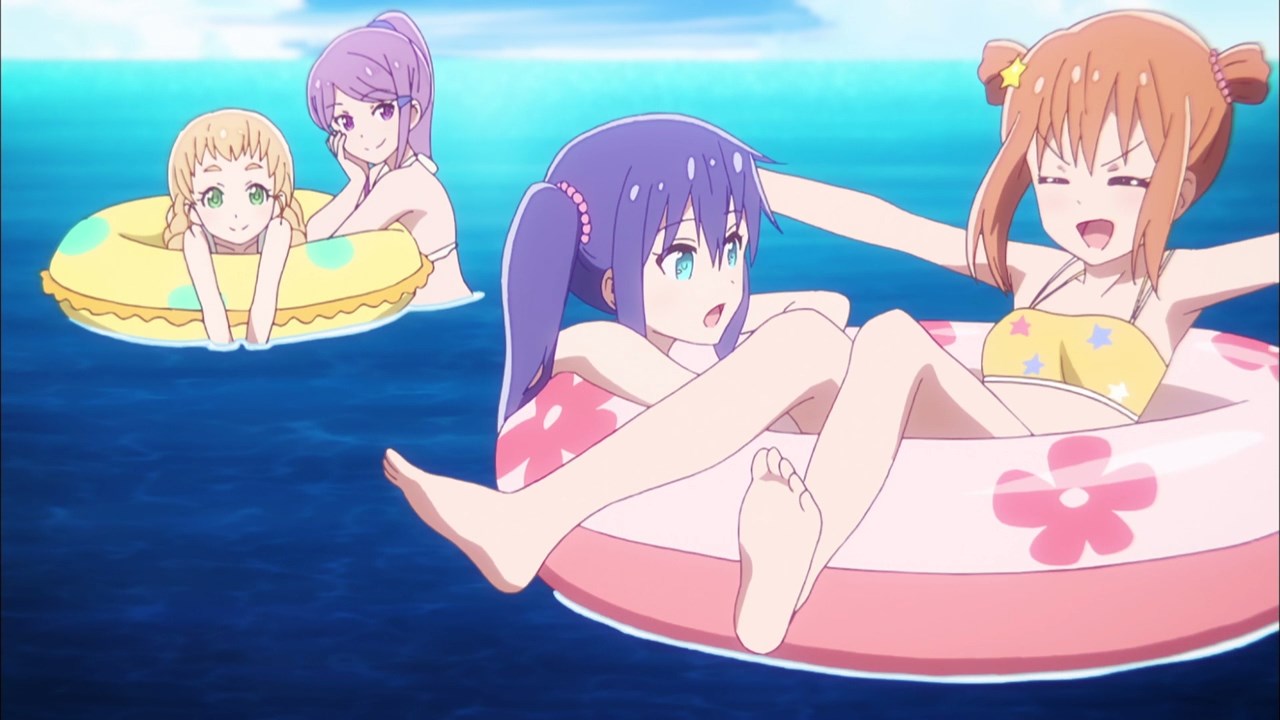 Anyways, the earth science club are having fun because their summer vacation is ending soon.

I mean, they had their field trip in Ibaraki Prefecture and it was a thrilling experience, so they want to wind down before the new semester starts. 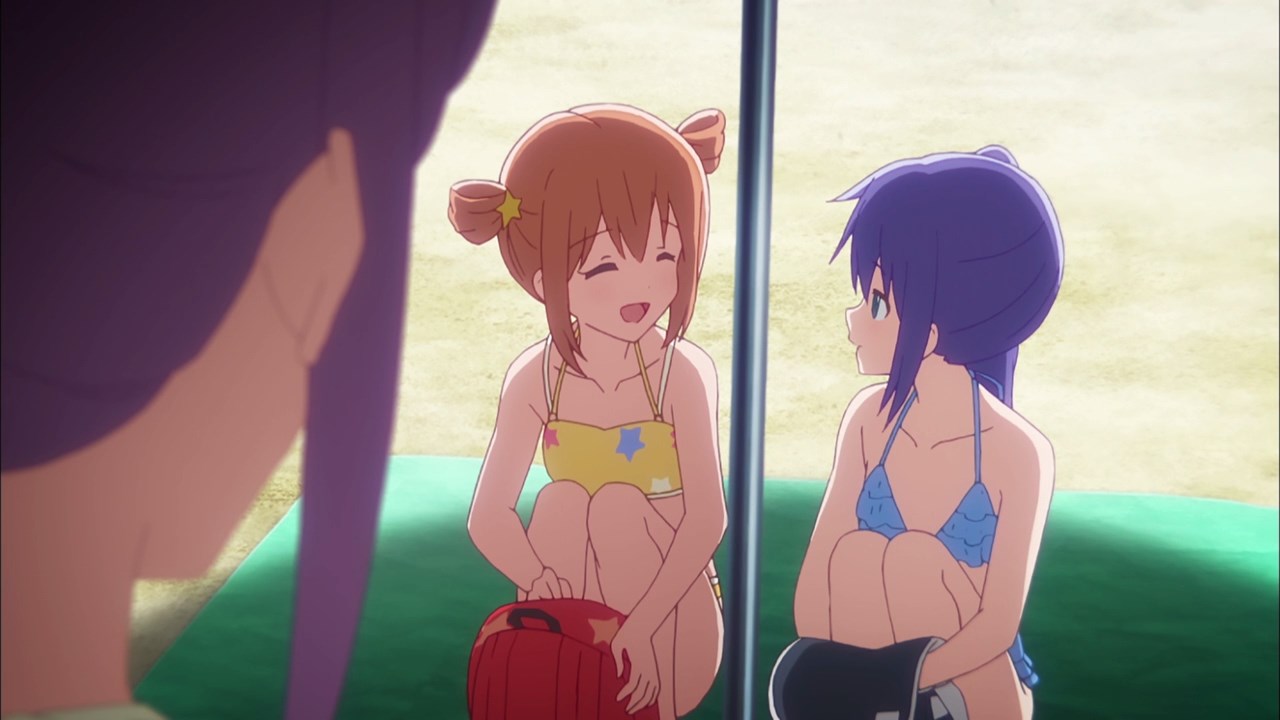 On the other hand, Mira Konohata and Ao Manaka are getting closer to each other ever since they’ve become members of the earth science club. 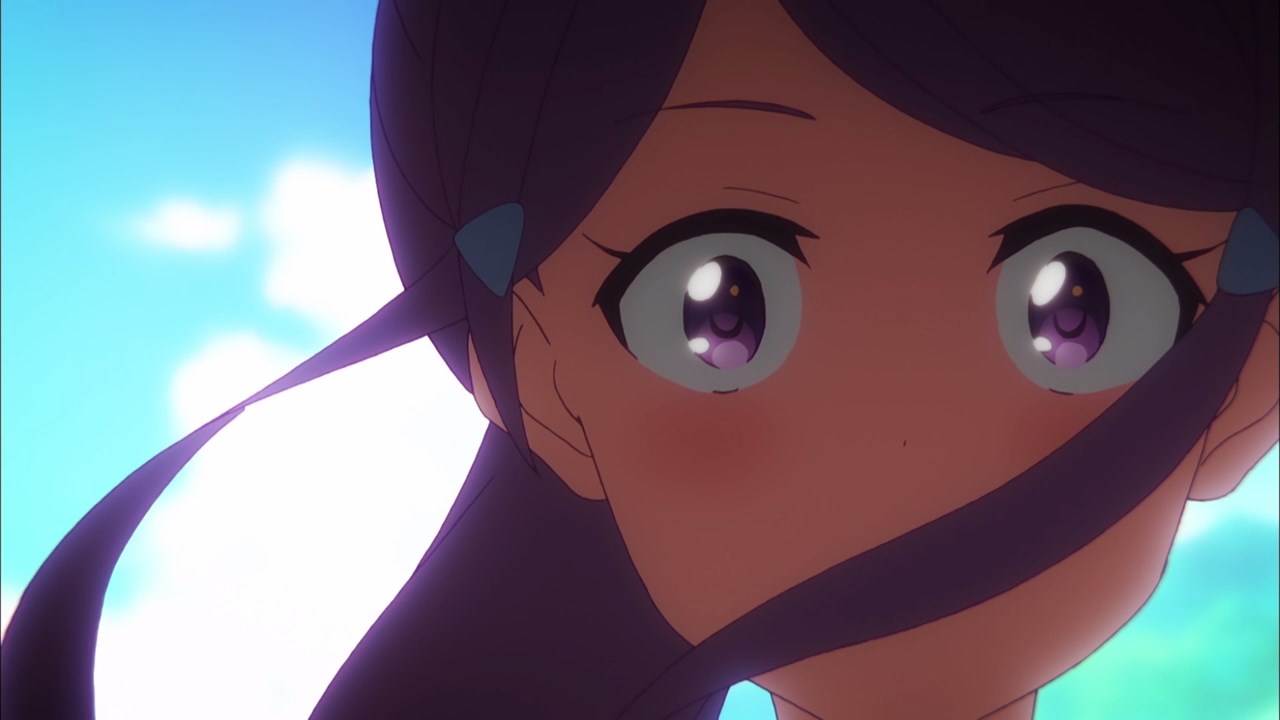 For Moe Suzuya, it appears that she’s harboring jealousy towards Ao as she’s hogging her childhood friend. Um Suzu, please don’t beat Ao to a pulp just because Mira is with her. 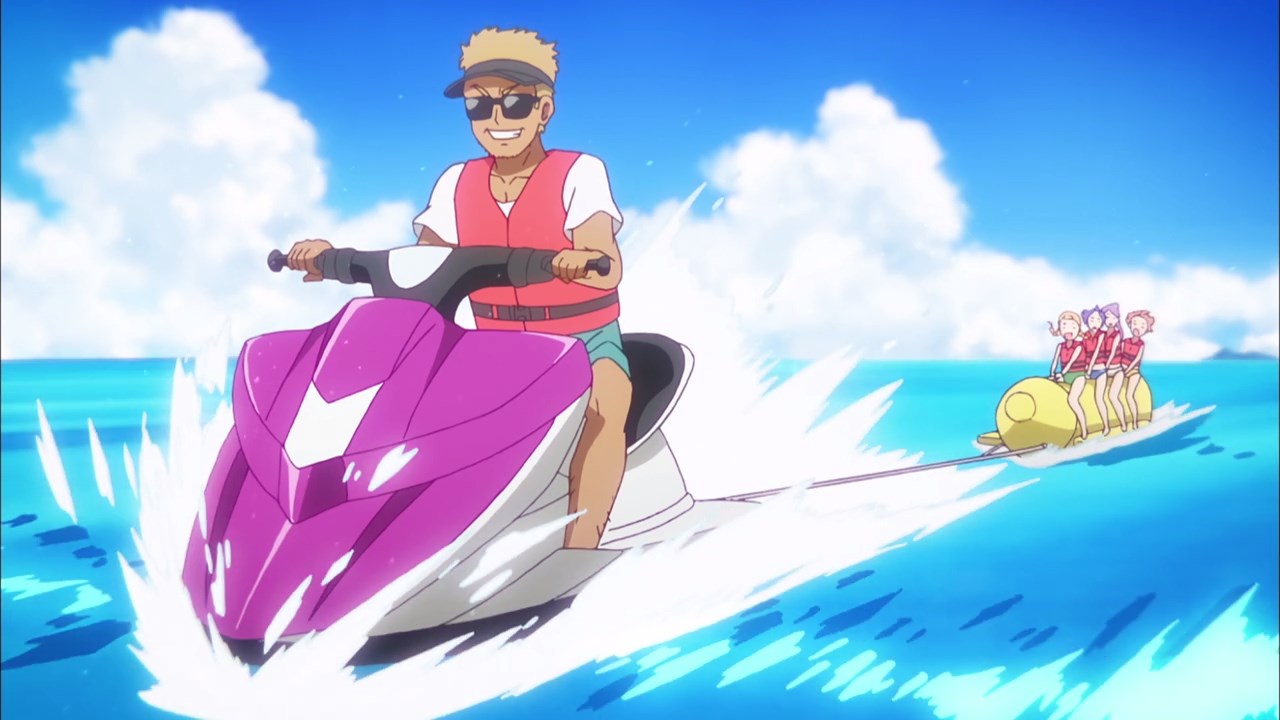 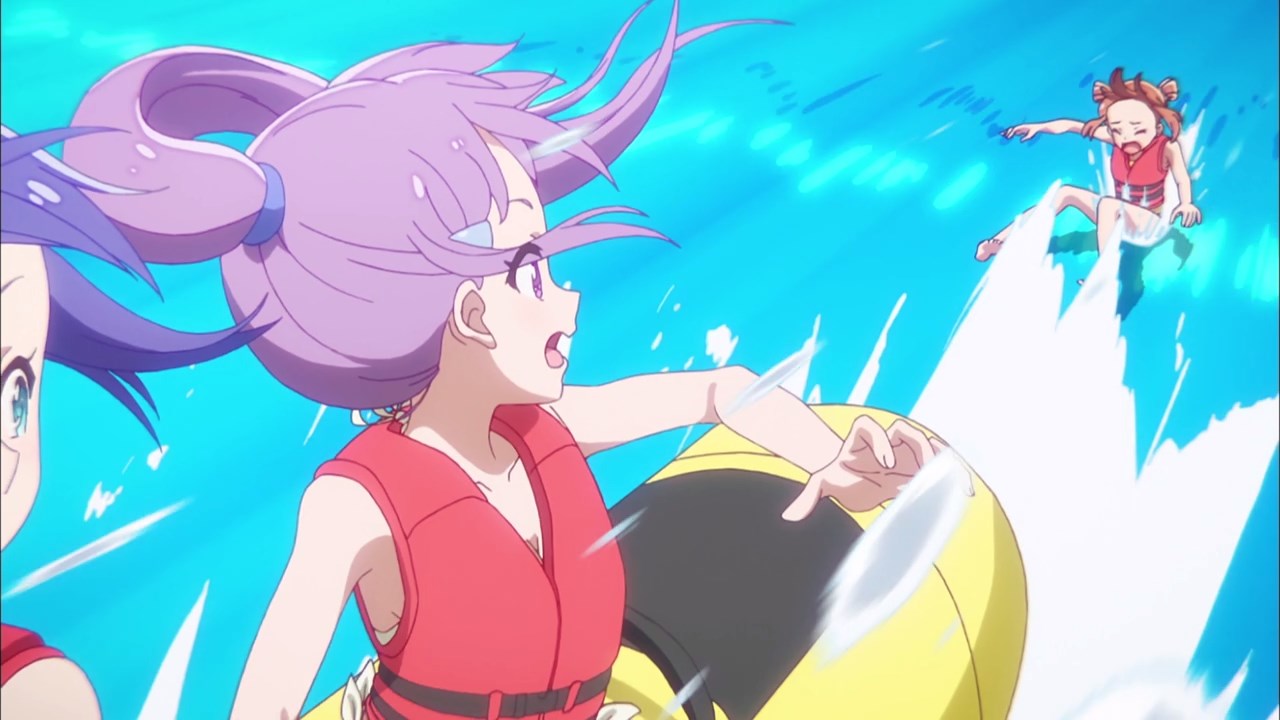 Regardless, the girls had fun at the beach. Heck, they even ride the banana boat although Mira lost her grip and fell down to the sea. I hope she’s okay! 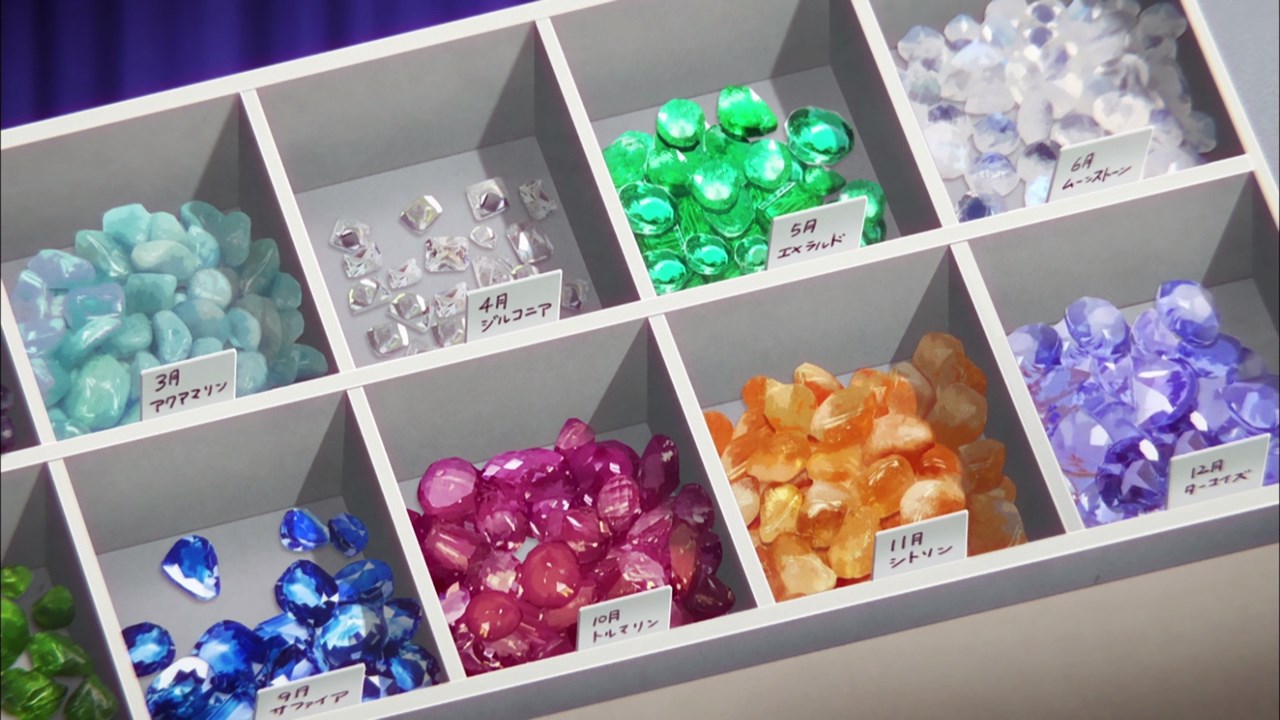 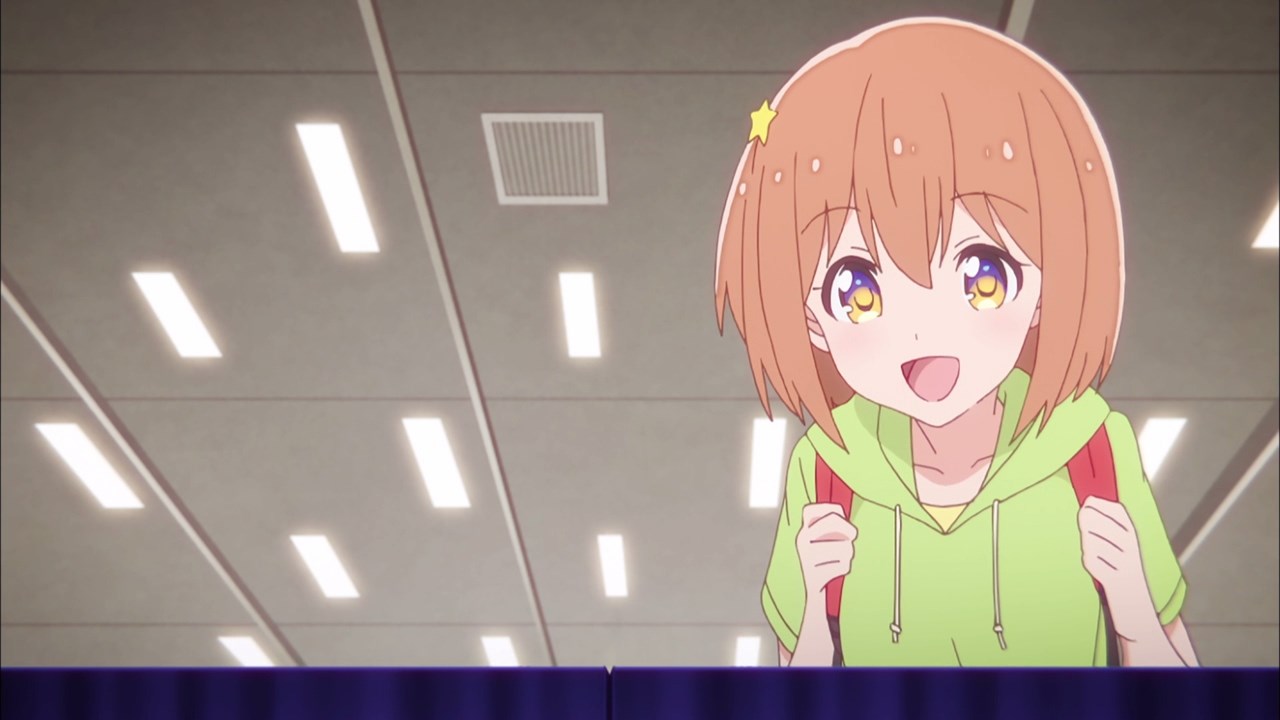 Afterwards, Mira Konohata went to a mineral show together with Mikage Sakurai. This place is full of various gems ranging from common ones like ruby and sapphire, to even rare minerals that’s hard to find in Japan. 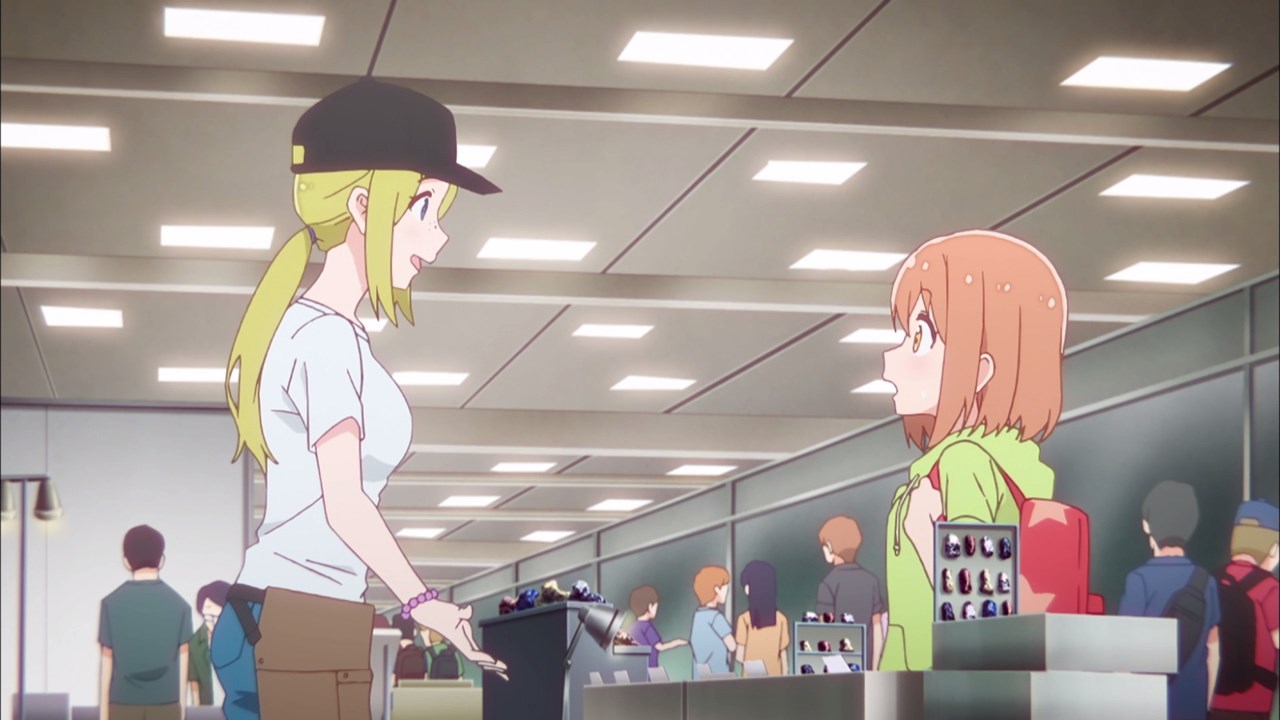 On the other hand, there are some being sold by various people, including foreigners in which Mira is stunned that she can’t speak English. 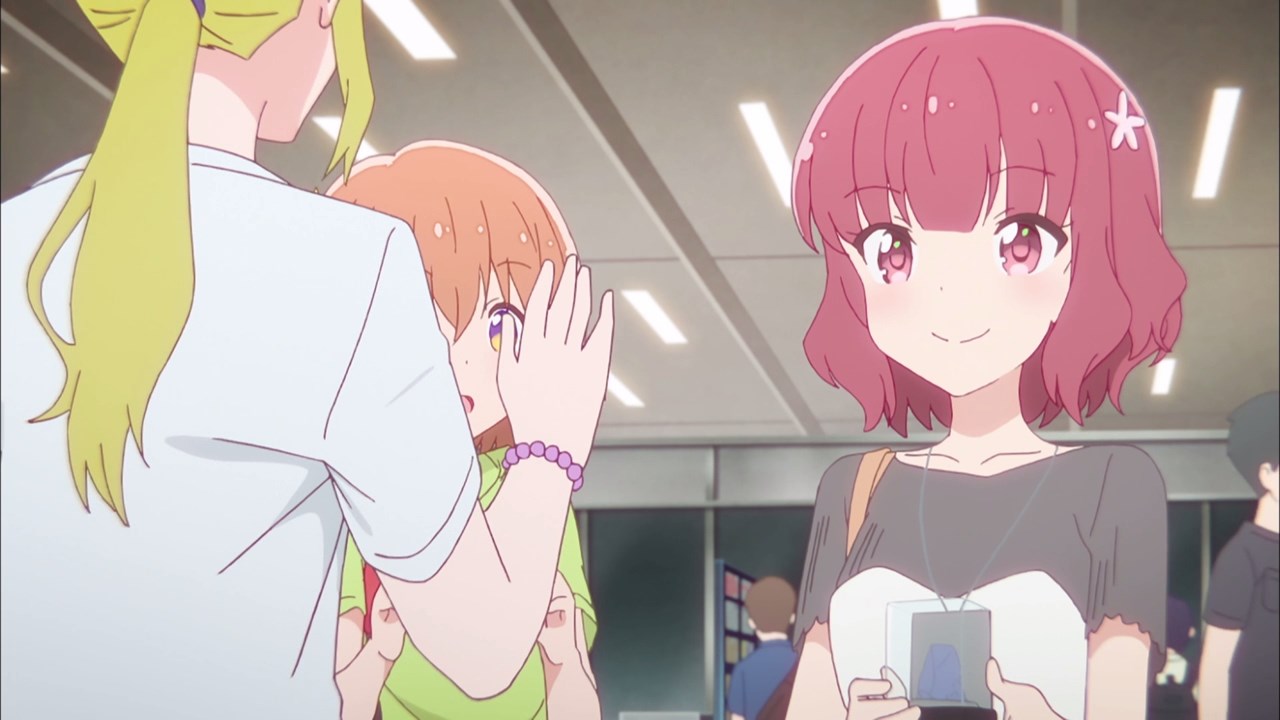 Fortunately, Sakura-sempai is here to help Mira around… by speaking the shop owner in gratuitous English. 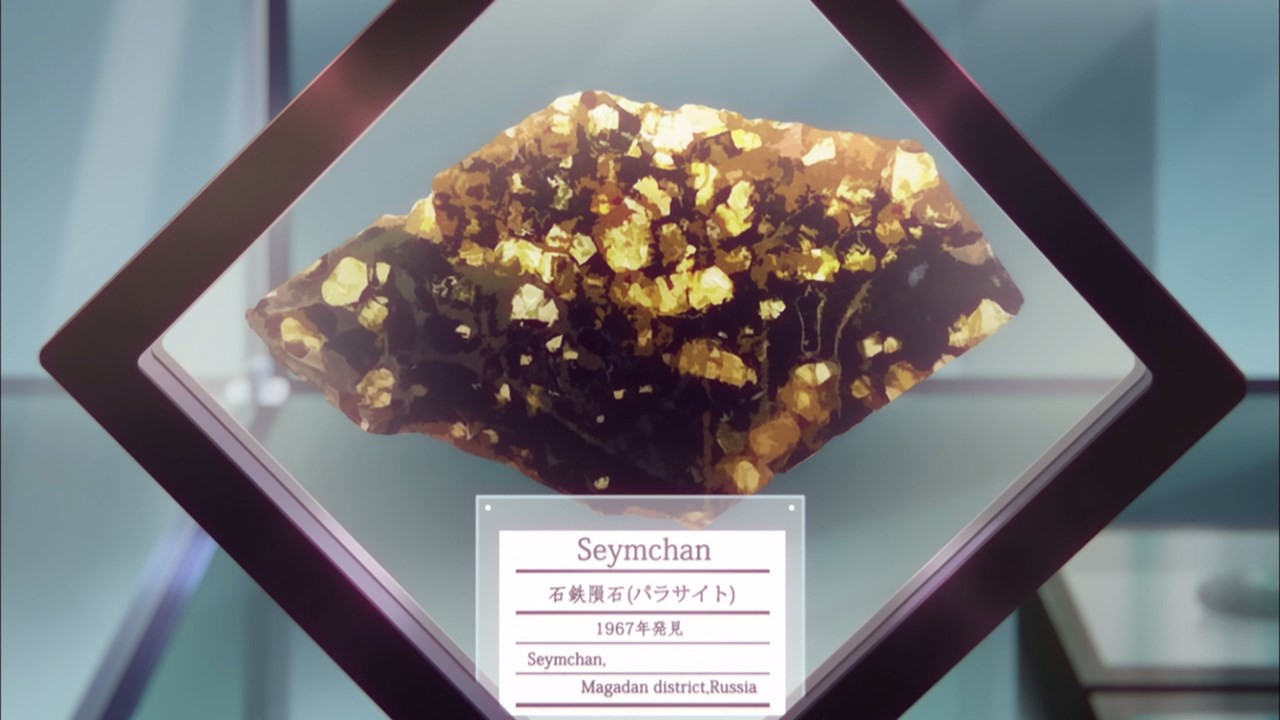 One more thing, this mineral shop featured a meteorite rock from Russia. It’s great to have it as a collection… 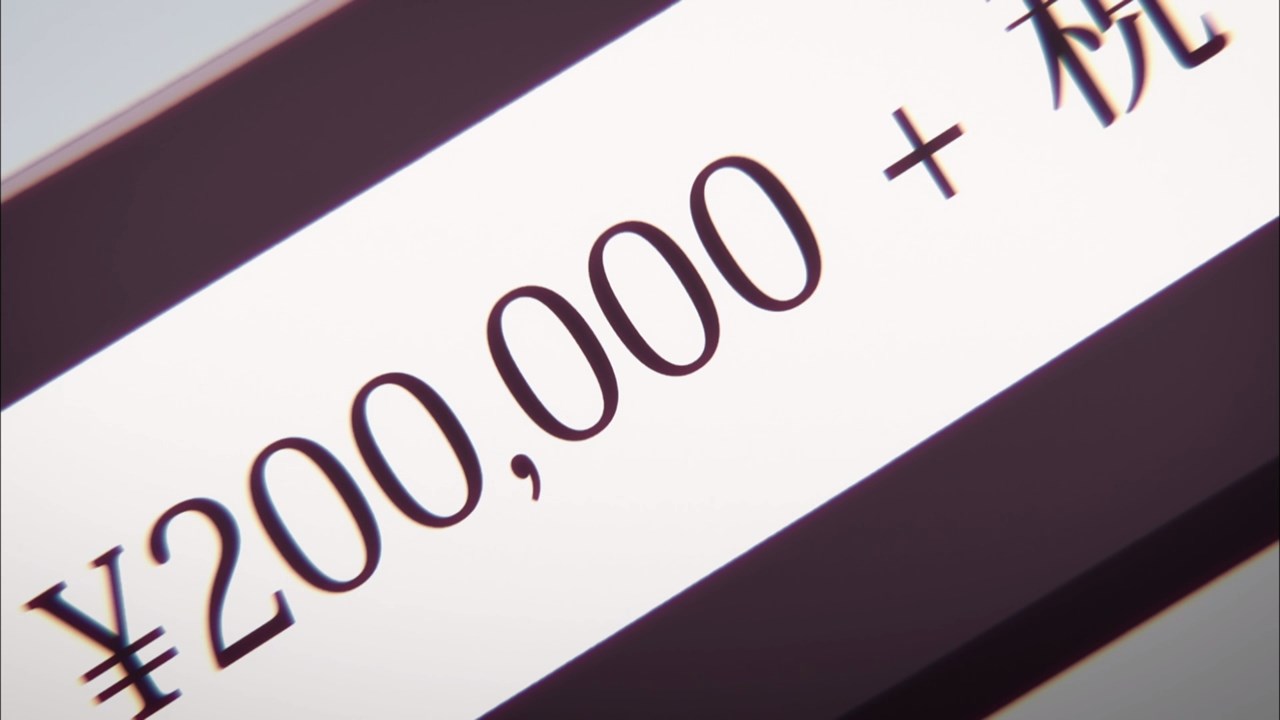 …but the price is very expensive that the funds from the earth science club is not enough to cover the cost. 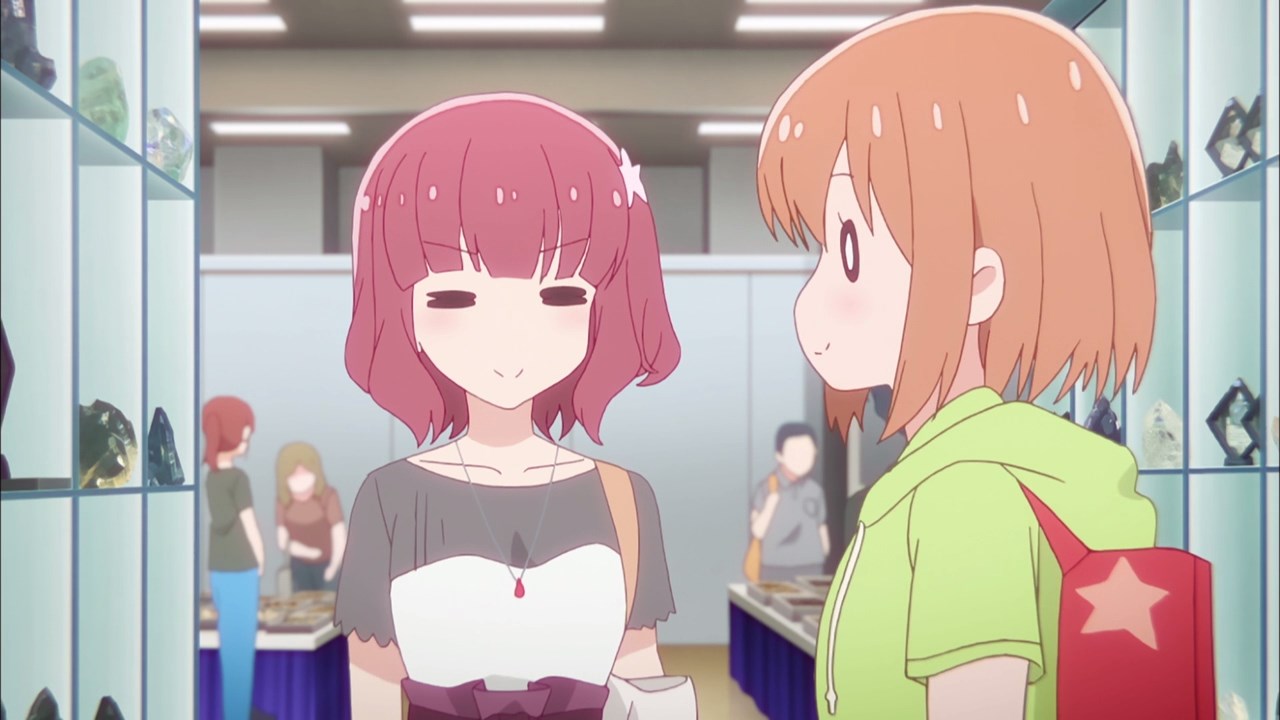 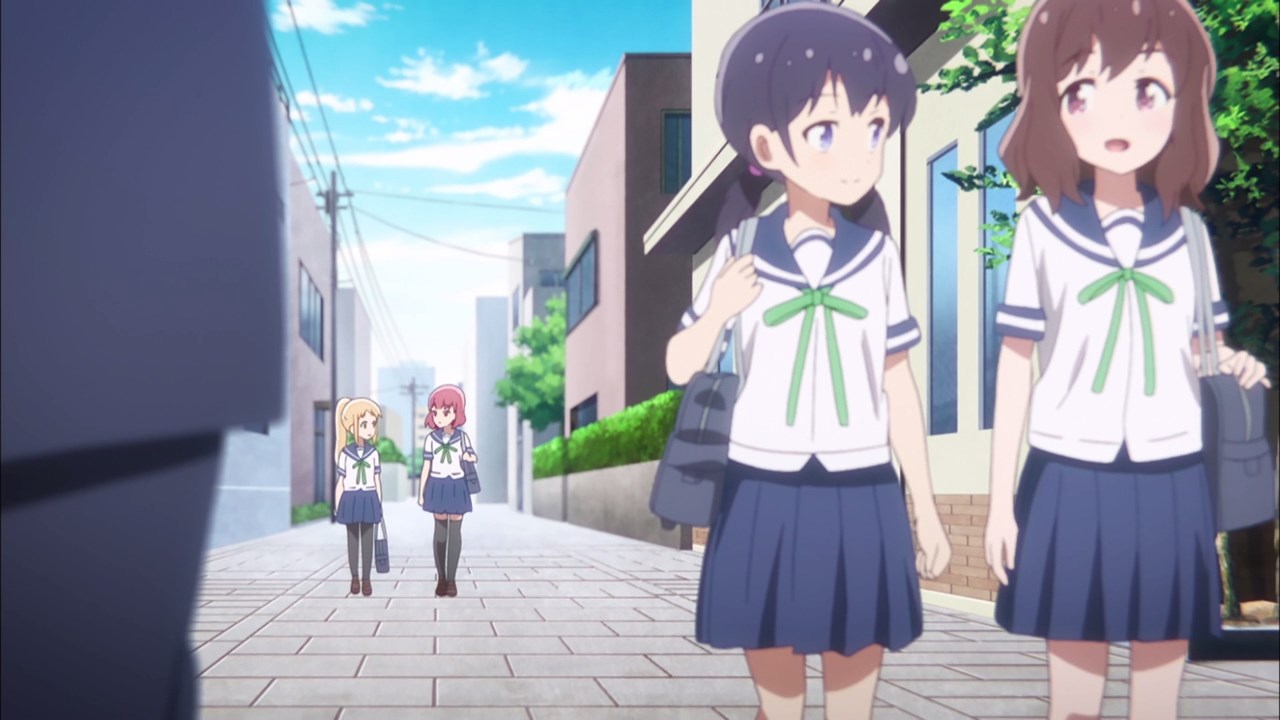 Now then, summer vacation is finally over as the students are returning to Hoshizaki High School for the second semester, as well as the upcoming school festival. 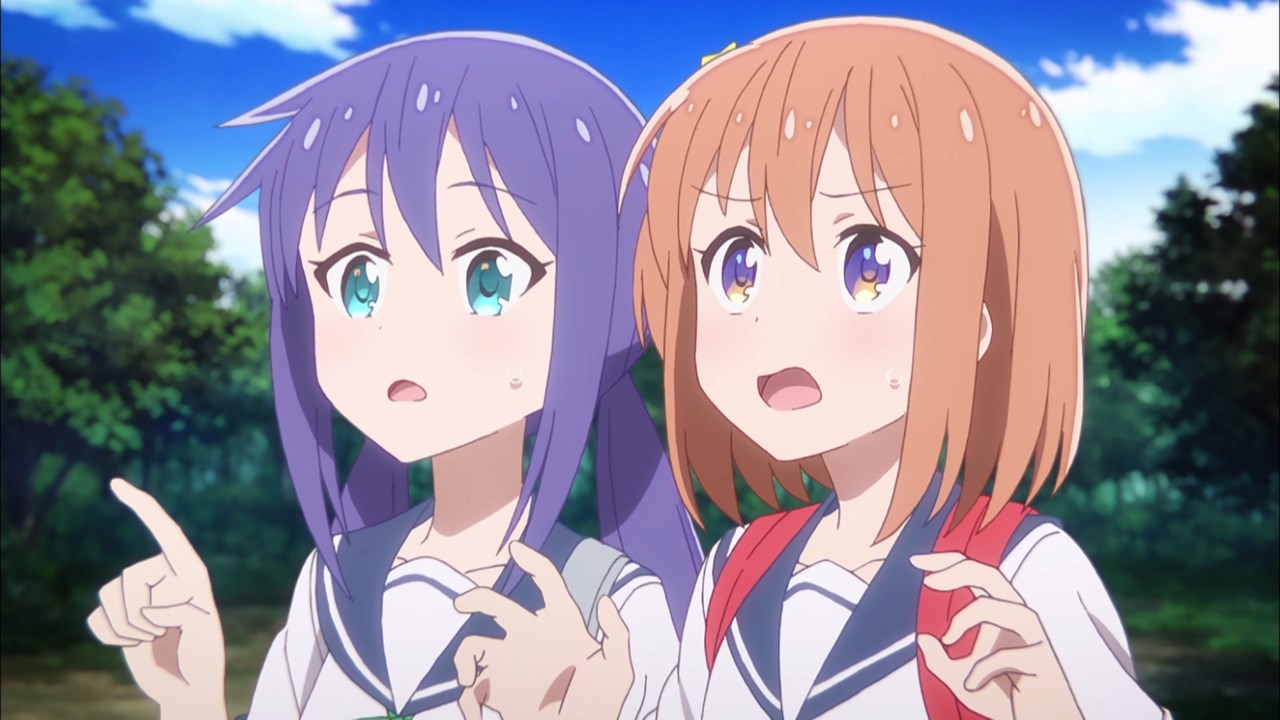 On the other hand, it appears that Mira and Ao noticed something strange outside the old school building… 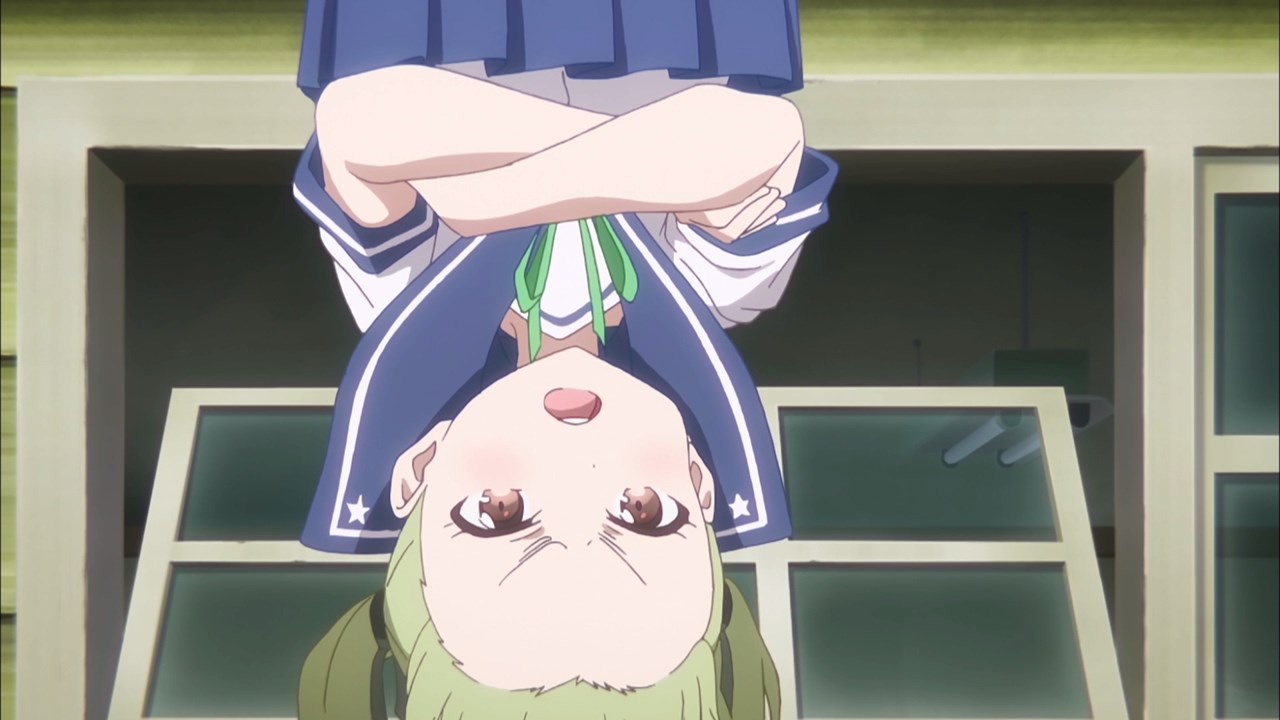 Turns out, it’s Sayuri “Eve” Ibe where she’s hanging outside the earth science club window, snooping some juicy information for her newspaper club’s next scoop. 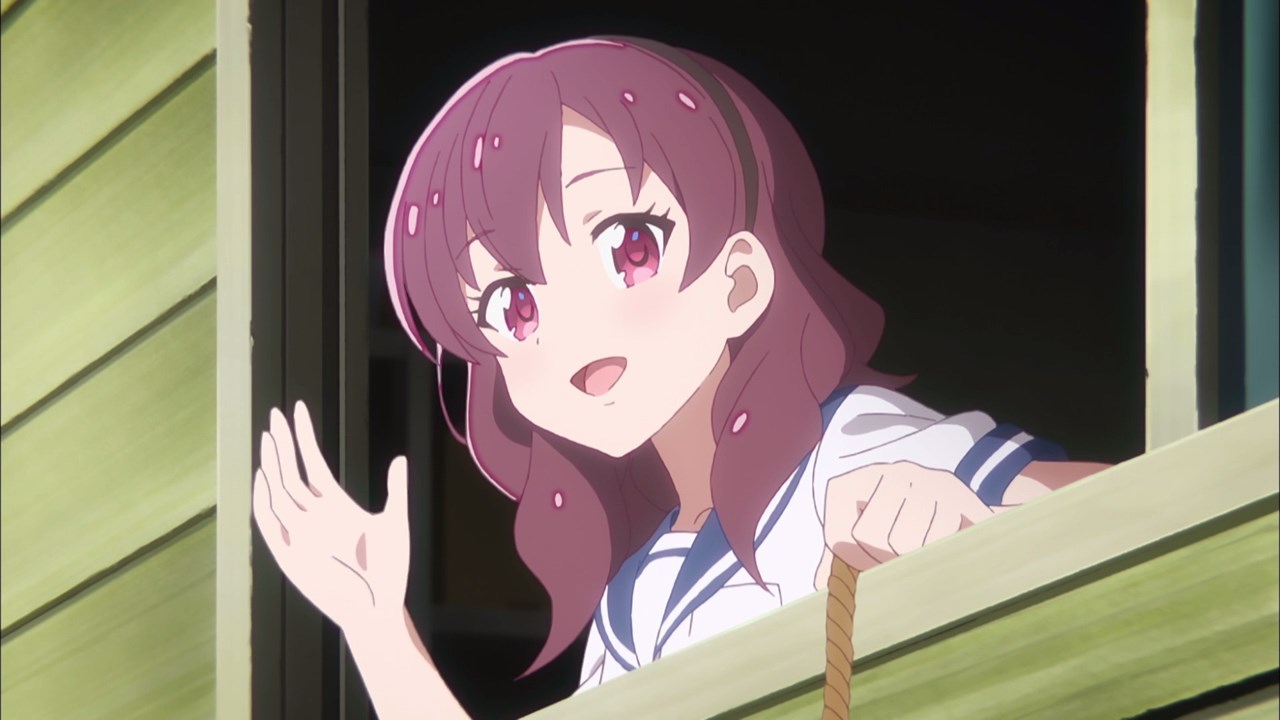 Also joining Sayuri Ibe is Ayano Usami where she currently pulls Eve up. Wait a minute, does Ayano lift weights after school? 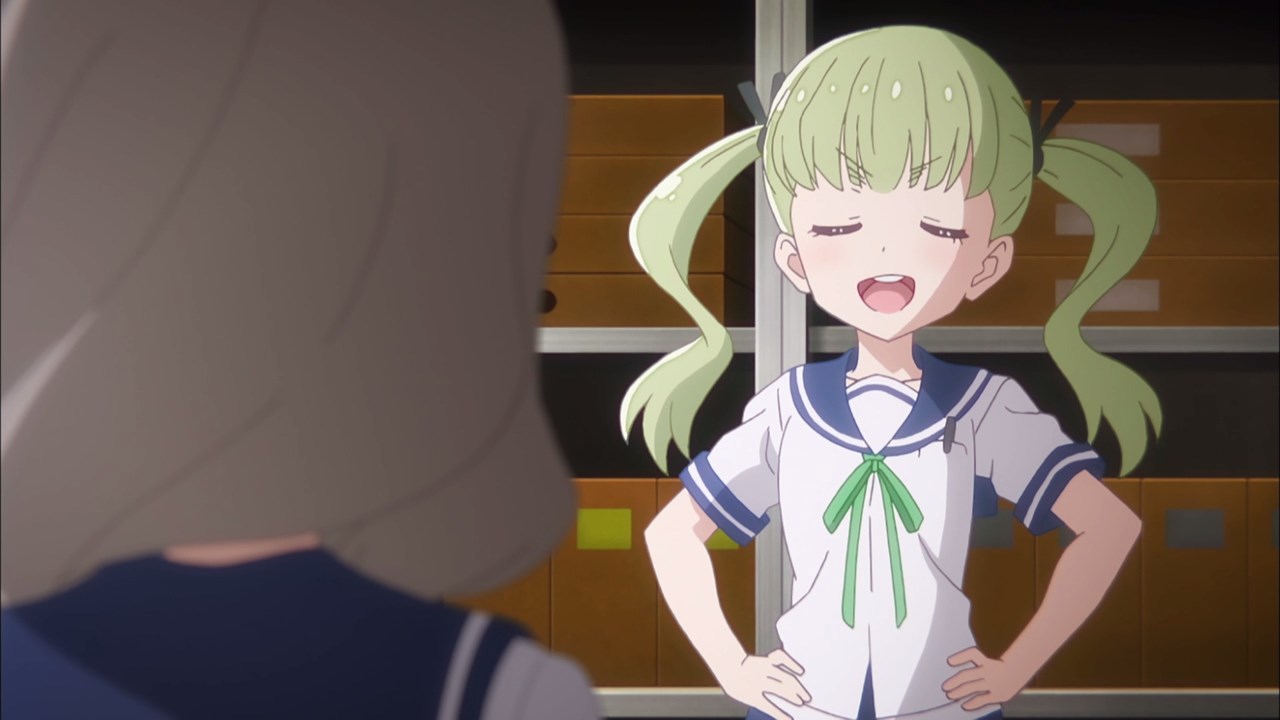 Then again, I think it’s a bad idea for Sayuri Ibe to tell her plans to crush the earth science club. 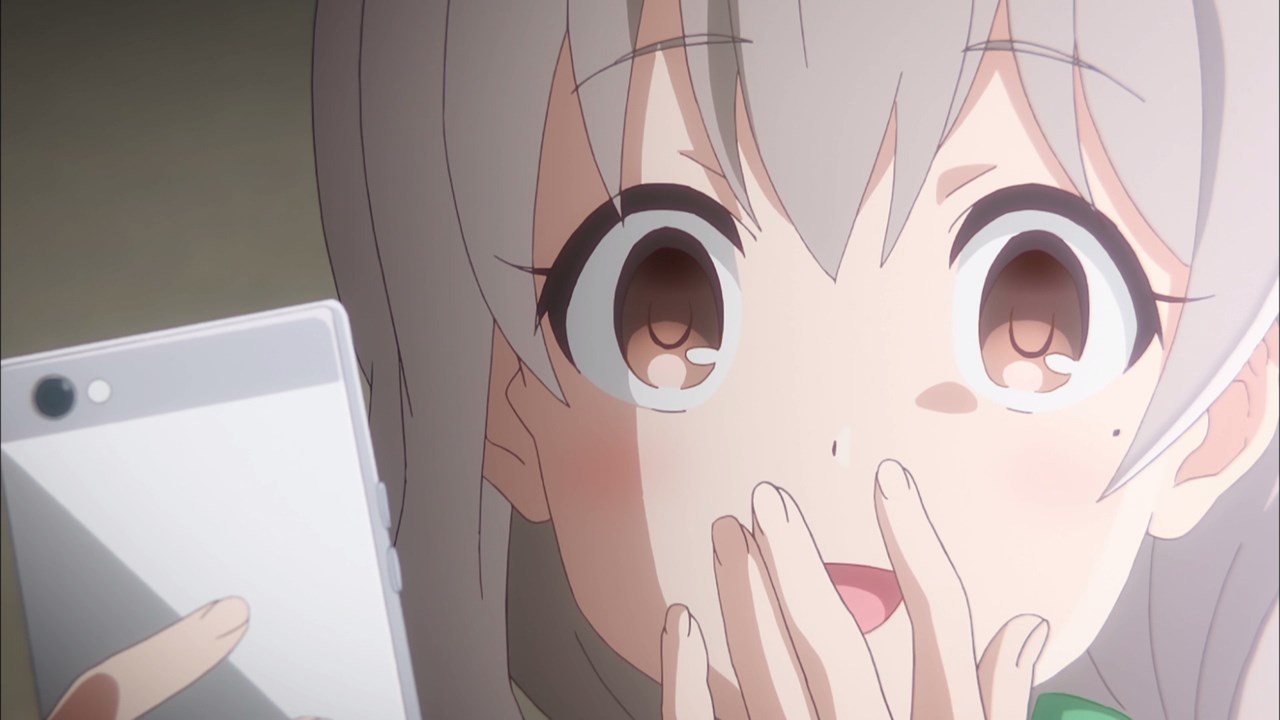 In fact, Mari Morino will just record Sayuri’s plans and use it as blackmail instead. Gotta say that Monroe-sempai is way scarier than she looks. 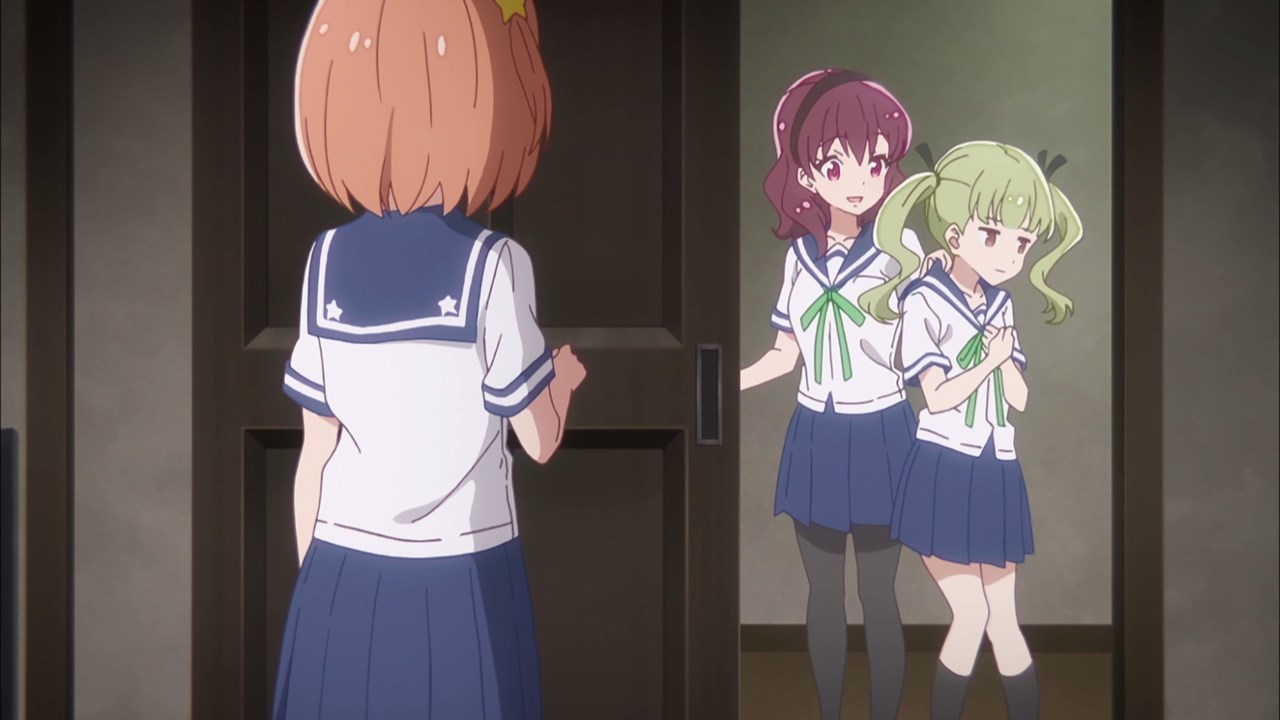 Unfortunately, that’s about it for Sayuri Ibe as Ayano Usami takes her away from the club room. Sorry Eve, but your plans of crushing the earth science club won’t happen.

Now then, next episode will have the earth science club prepare for the upcoming school festival!