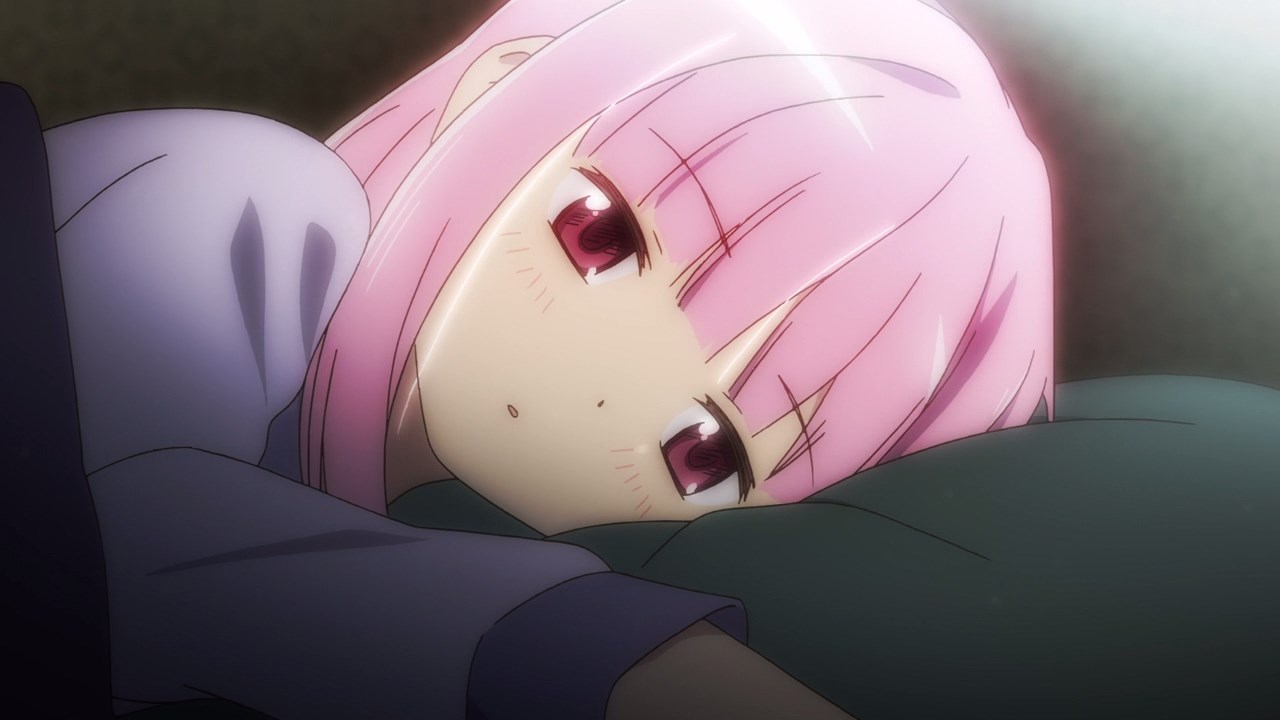 Well then, looks like Iroha Tamaki is alive as she was taken to Yachiyo Nanami’s house and I’m sure that Yachiyo purified her Soul Gem. 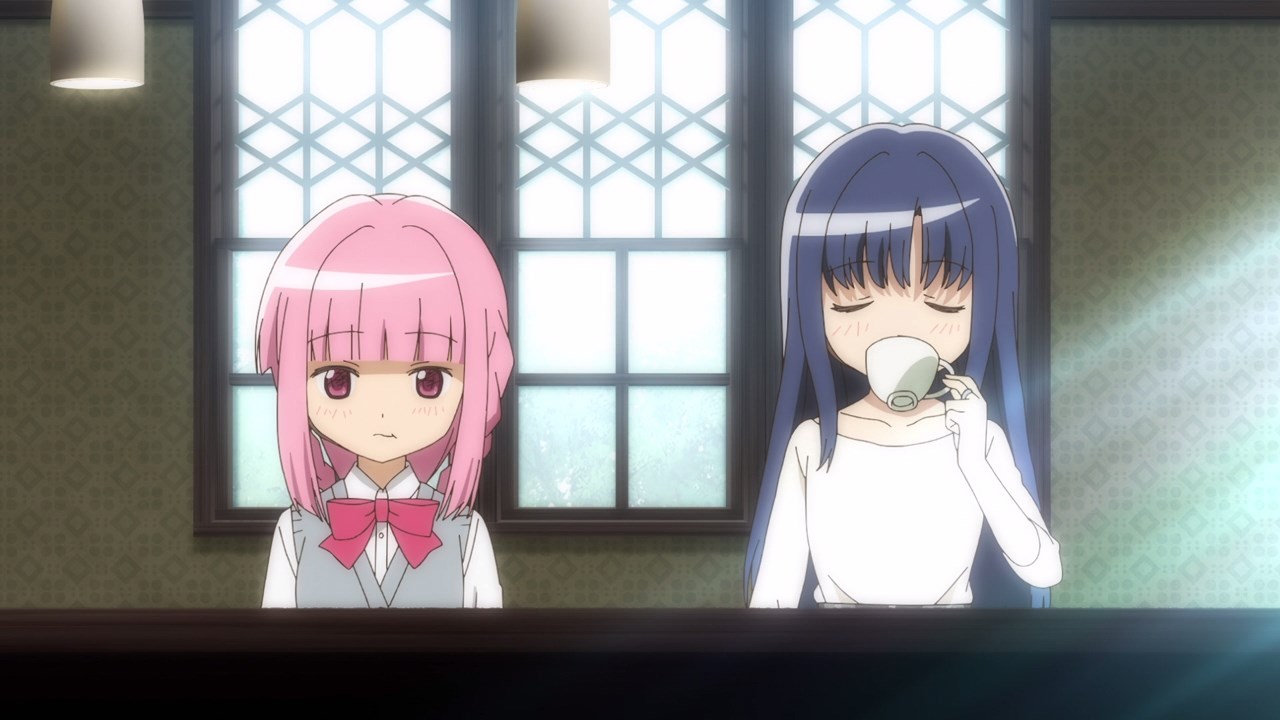 Of course, Iroha is still in Kamihama and she won’t return to her hometown for the time being until Iroha found her little sister. Then again, finding Ui is difficult. 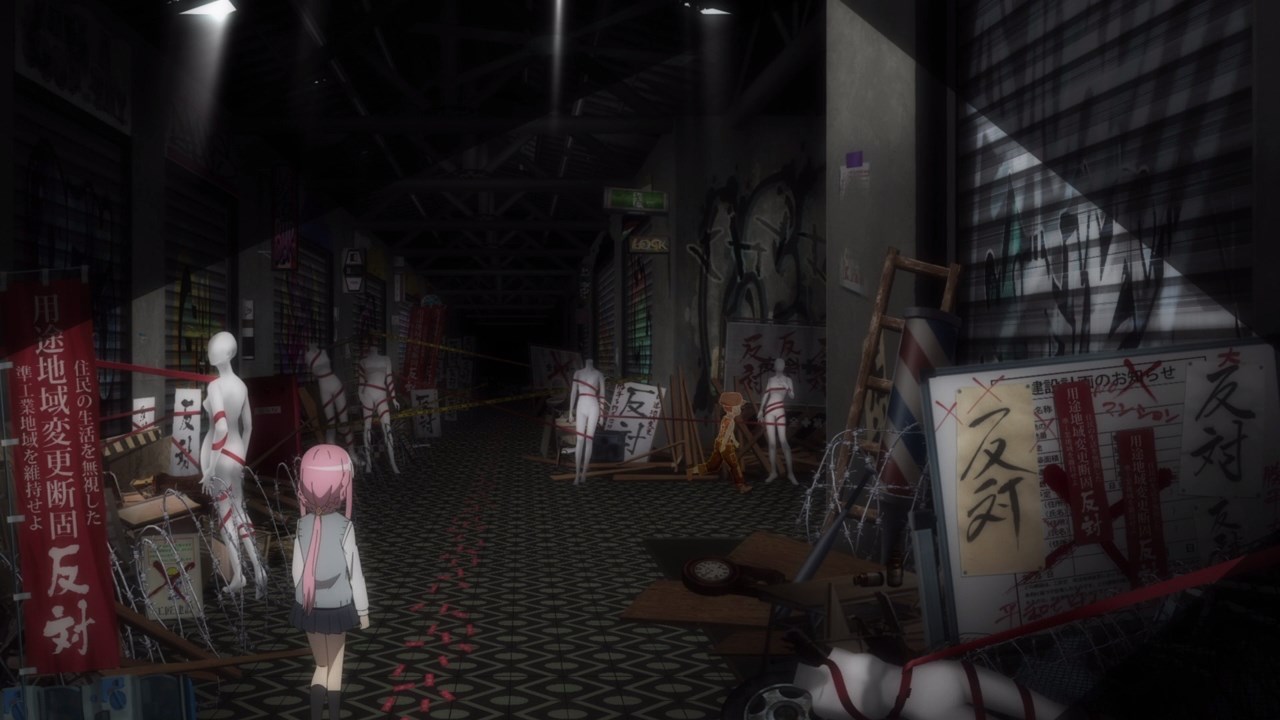 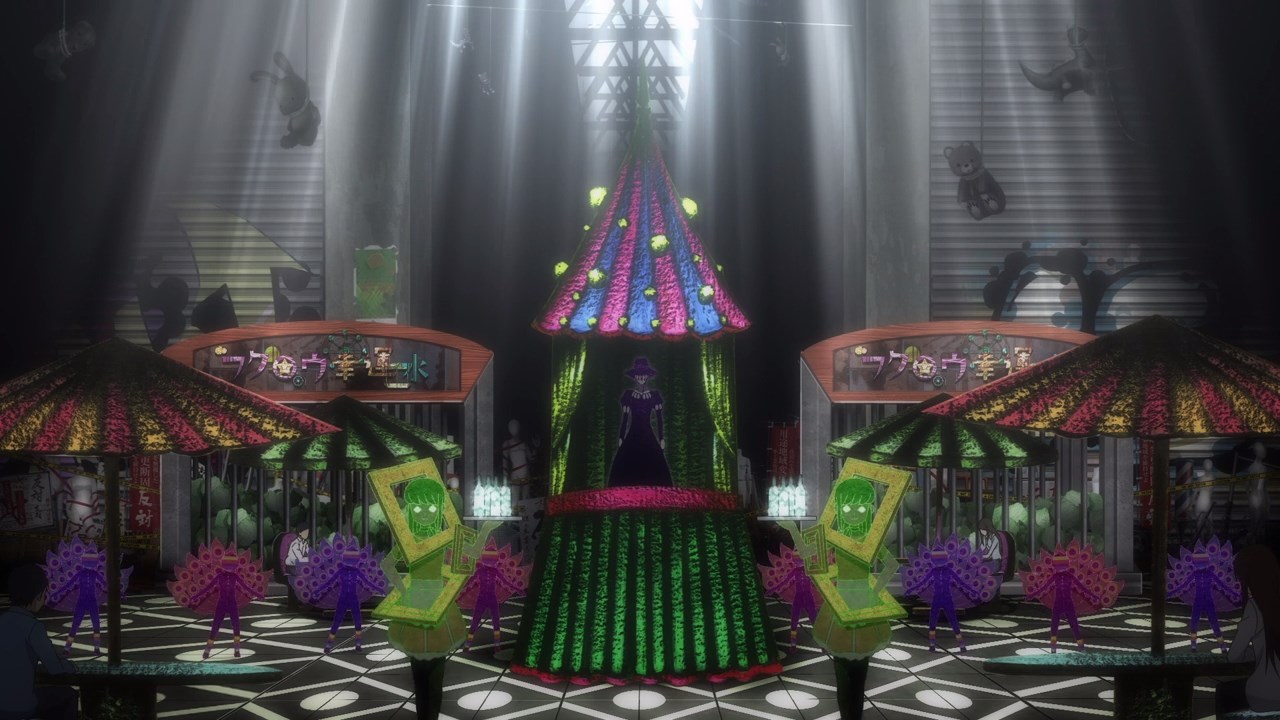 Also, Iroha stumbled upon this place where it sells a special water that gives good fortune. Then again, I smell something suspicious going on here. 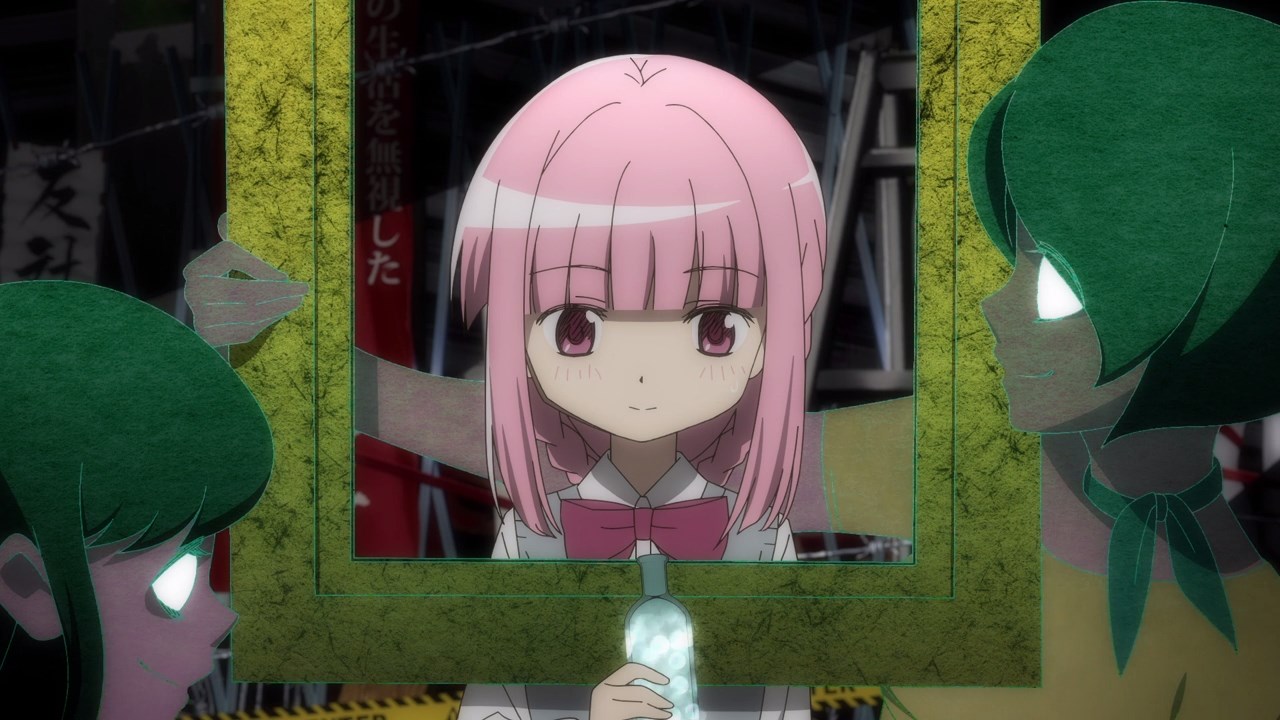 Anyways, they offered Iroha a bottle of Lucky Owl Water for free. Of course, I doubt that it will increase her luck. 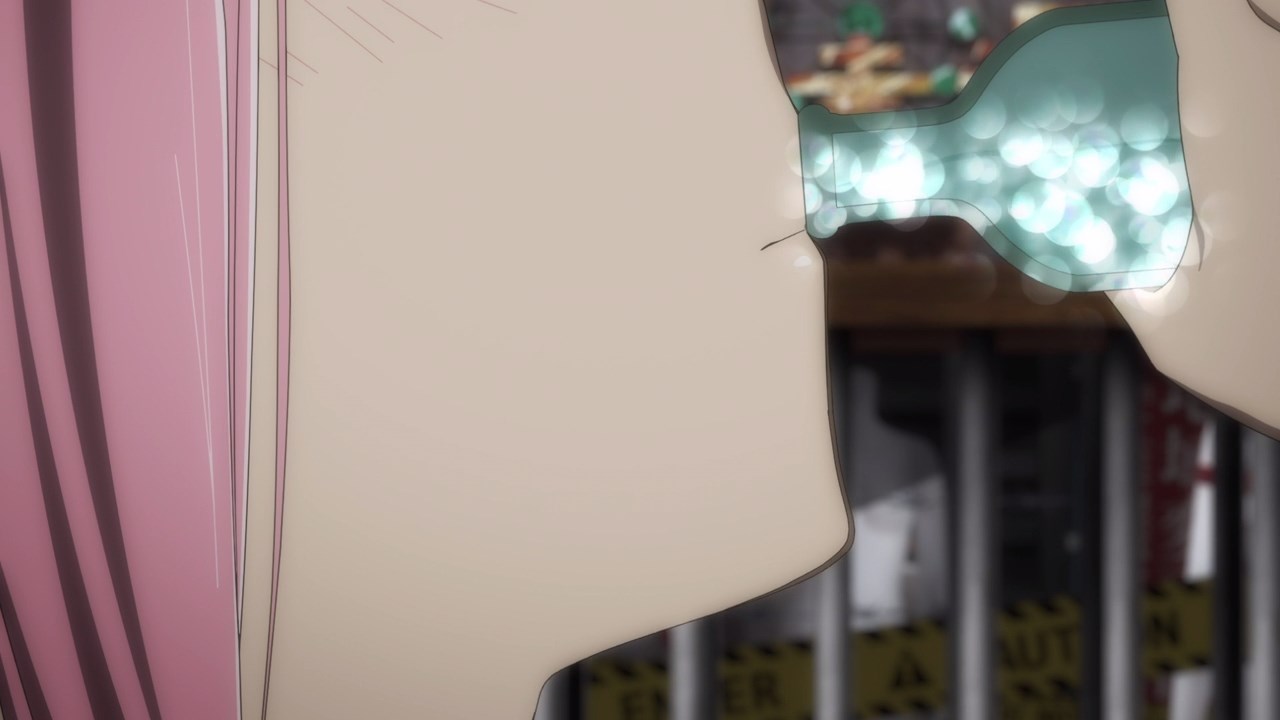 In any case, Iroha drank a bottle of Lucky Owl Water and I hope it won’t kill her upon drinking it. 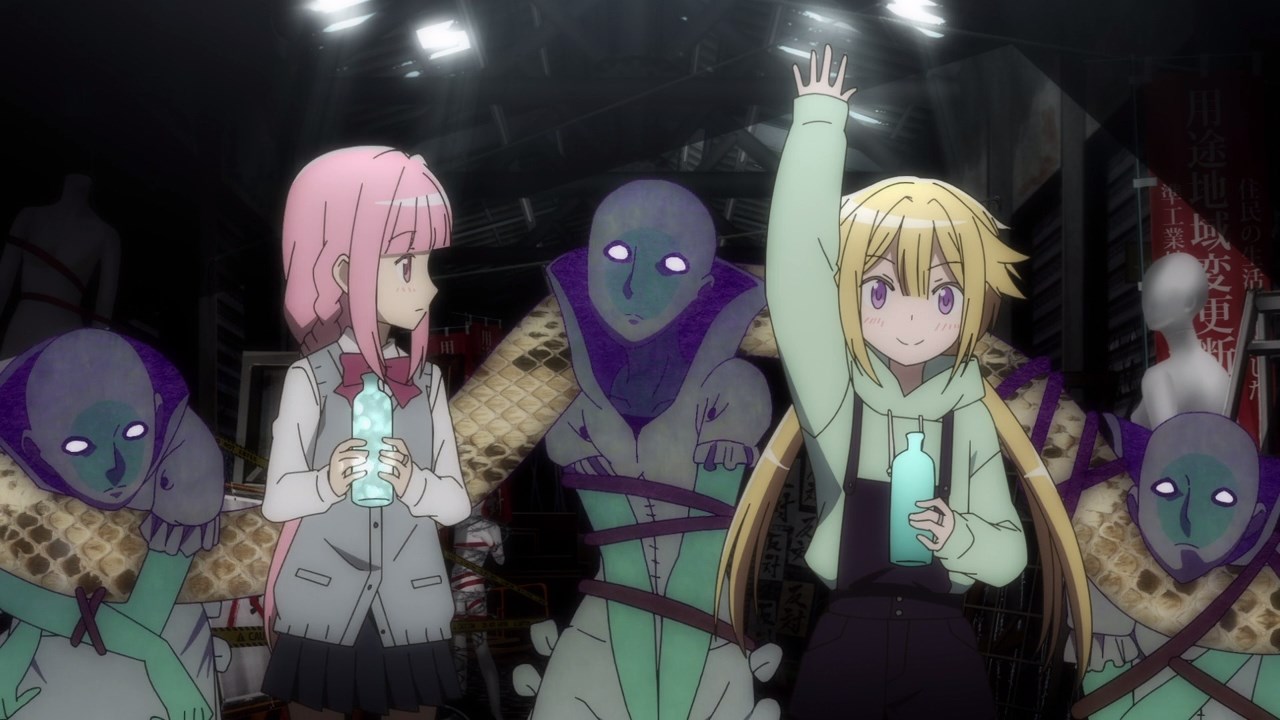 On the other hand, Iroha encountered a girl named Felicia Mitsuki who wants to have another bottle of Lucky Owl Water after she drank one.

Unfortunately, the seller told Felicia that there will be another one tomorrow. Anyways, looks like they’ll return to the abandoned shopping district on the next day. 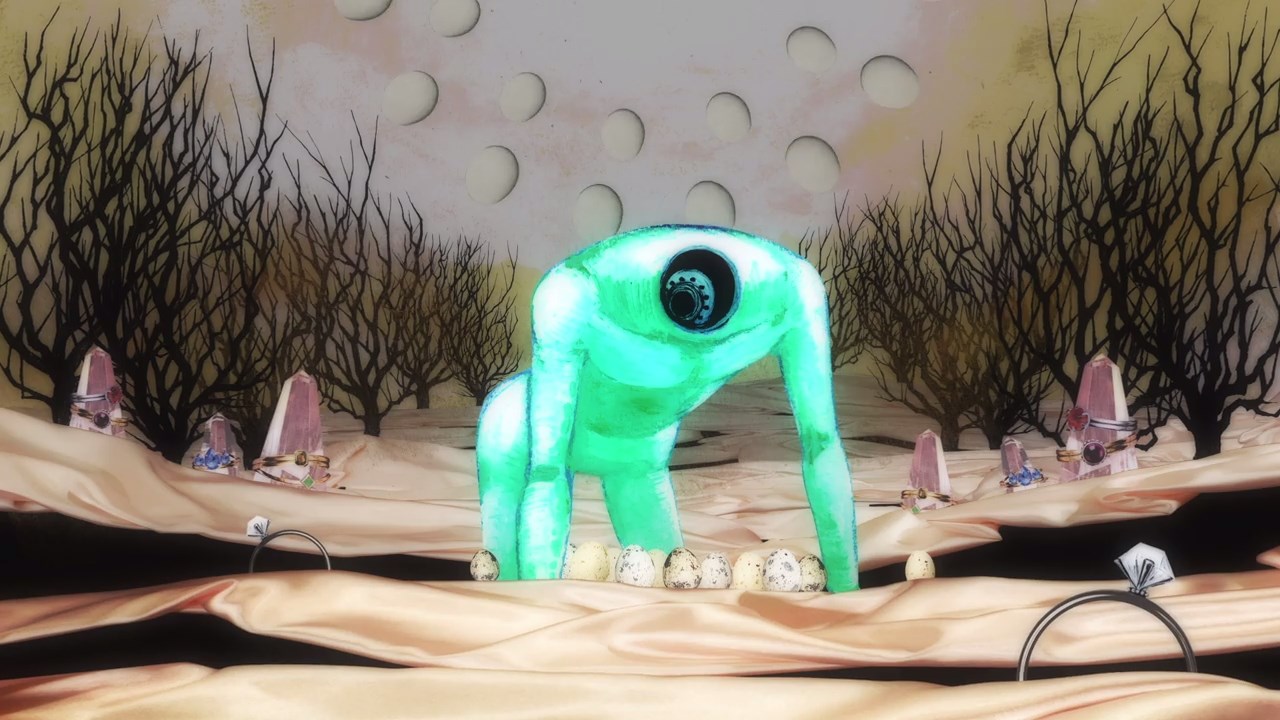 But, Iroha and Felicia encountered an enemy which looks quite disturbing without its head. Yeah, I think they should kill it by fire! 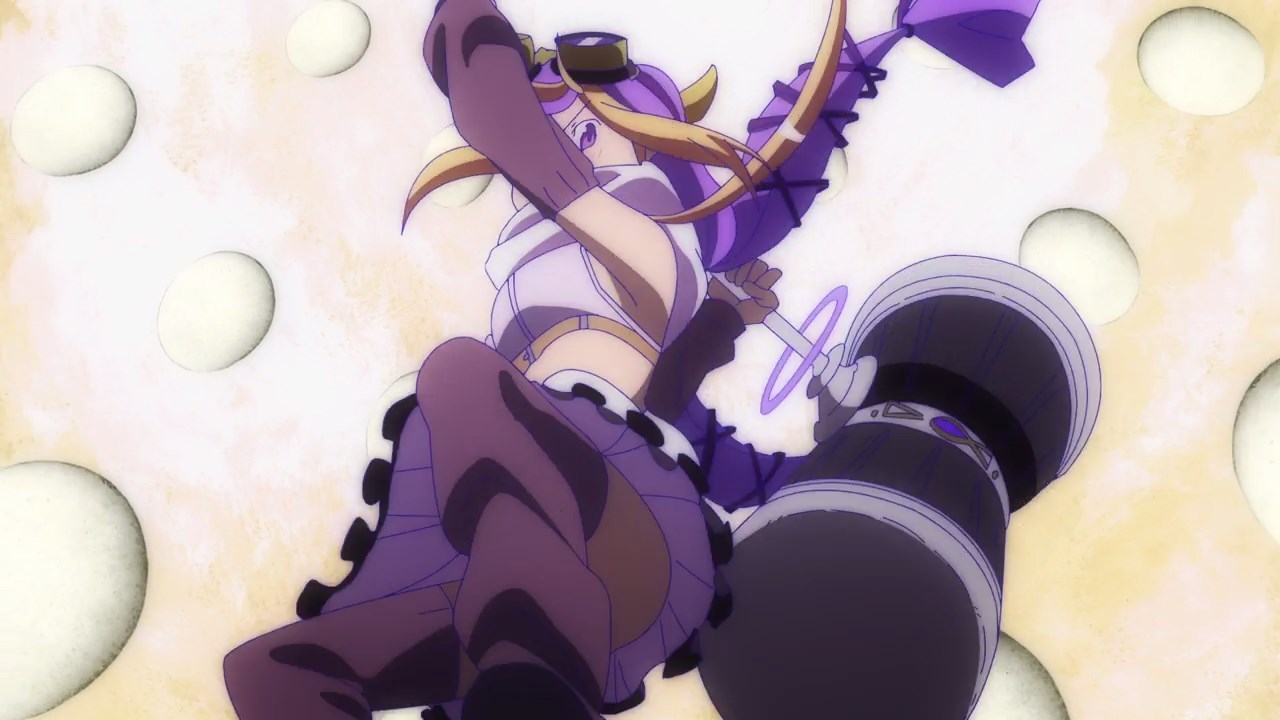 However, Felicia Mitsuki has decided to drop the hammer at this malicious familiar. 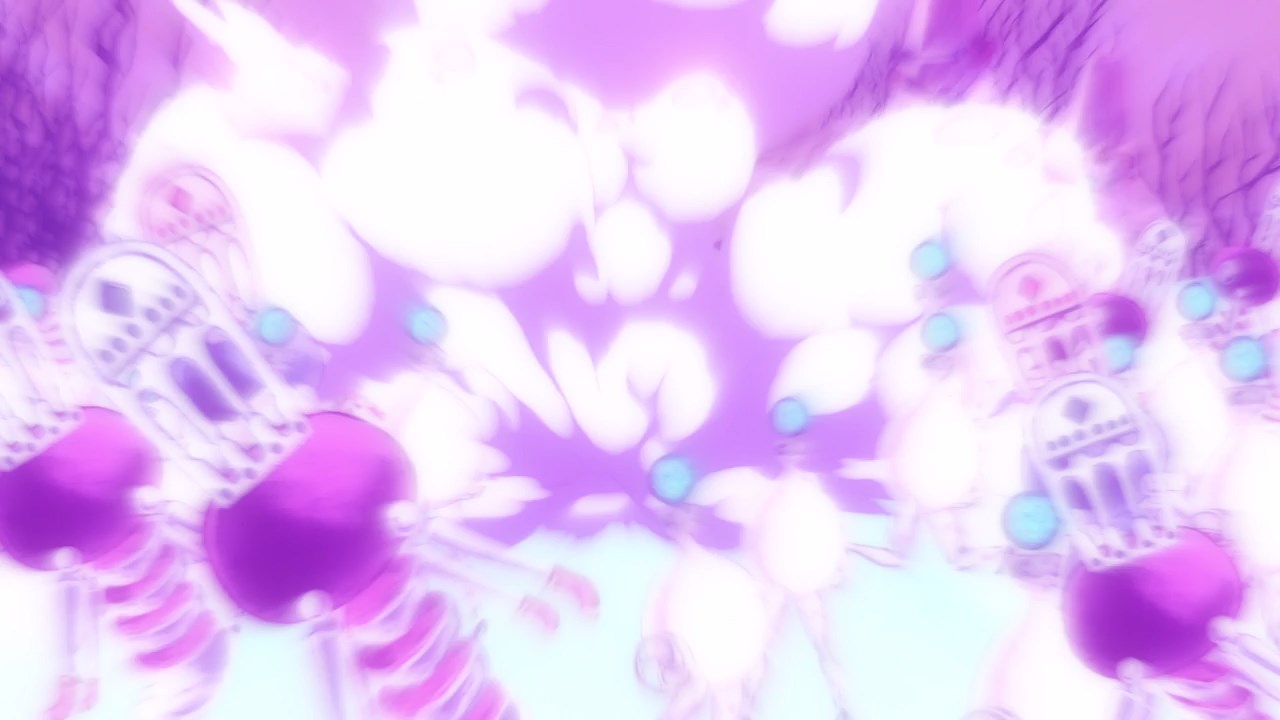 Then again, seems that she did more collateral damage towards the enemy. But hey, at least this familiar is defeated! 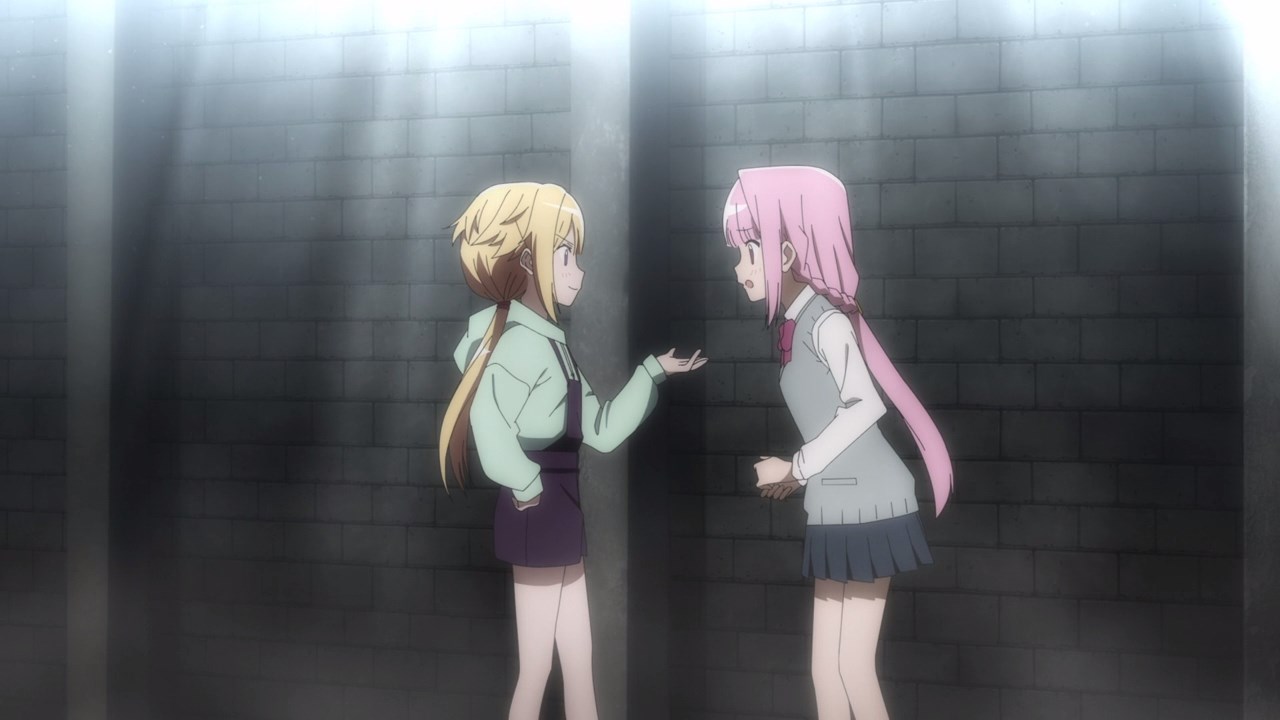 Unfortunately, Felicia asked Iroha to pay her up. Really Felicia Mitsuki, why would you force her to pay even though she can kill that enemy by herself.

Well, turns out that Felicia Mitsuki is a mercenary where she fights witches and other malicious familiars for a living. Still, I think she shouldn’t ask Iroha Tamaki to pay up because she doesn’t have enough money. 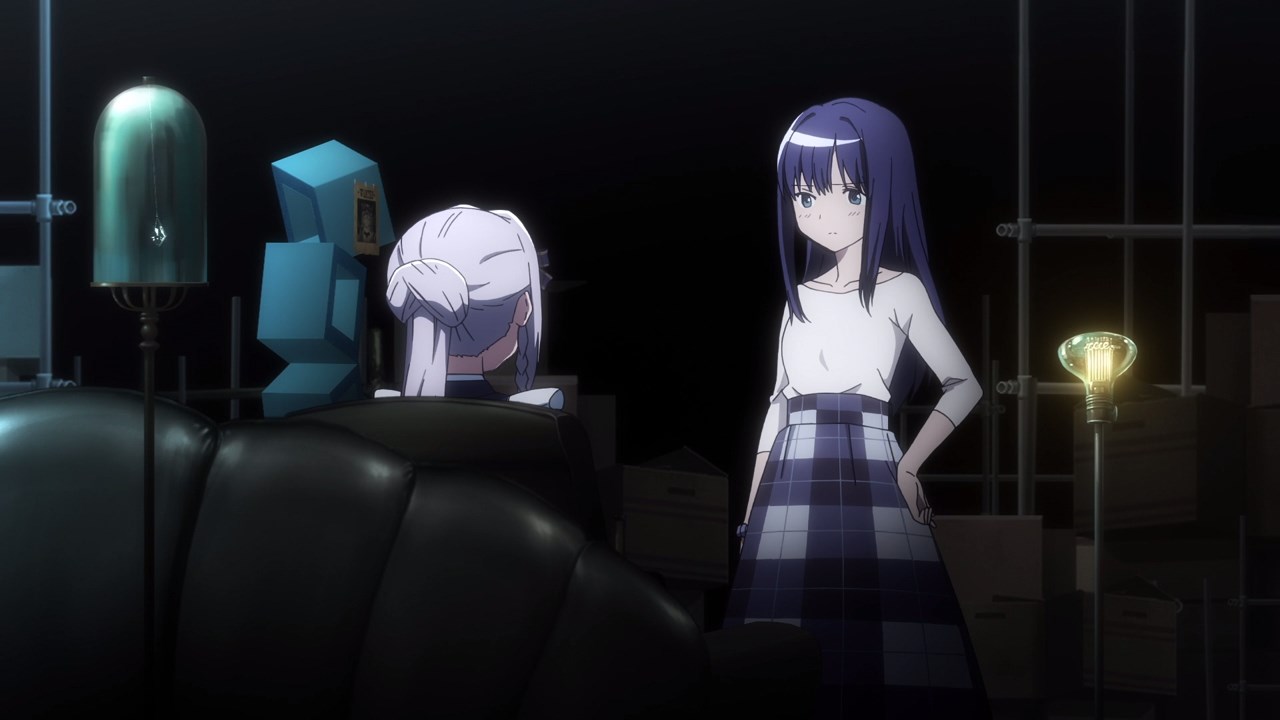 Meanwhile, looks like Yachiyo Nanami went to the Coordinator’s office where Mitama Yakumo told Yachiyo that there’s a certain magical girl who wants to see her. I wonder who could that person be? 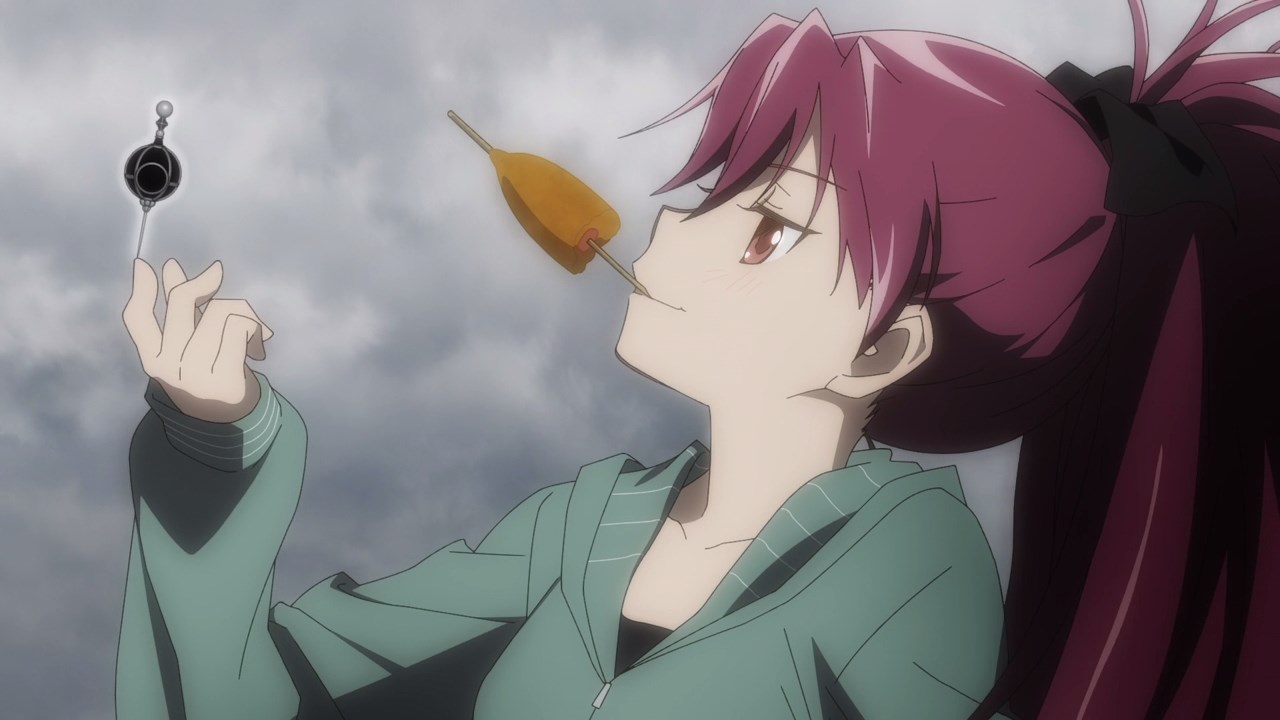 Wait, is that Kyouko Sakura? What is she doing her in Kamihama? You know what, every magical girl is gathering at this city and I feel that something terrible will happen.

For now, I feel that Kyouko Sakura will stay in Kamihama along with Mami Tomoe as they’ll deal with witches and its associated rumors. Now if only Madoka Kaname and rest appeared on this spin-off… 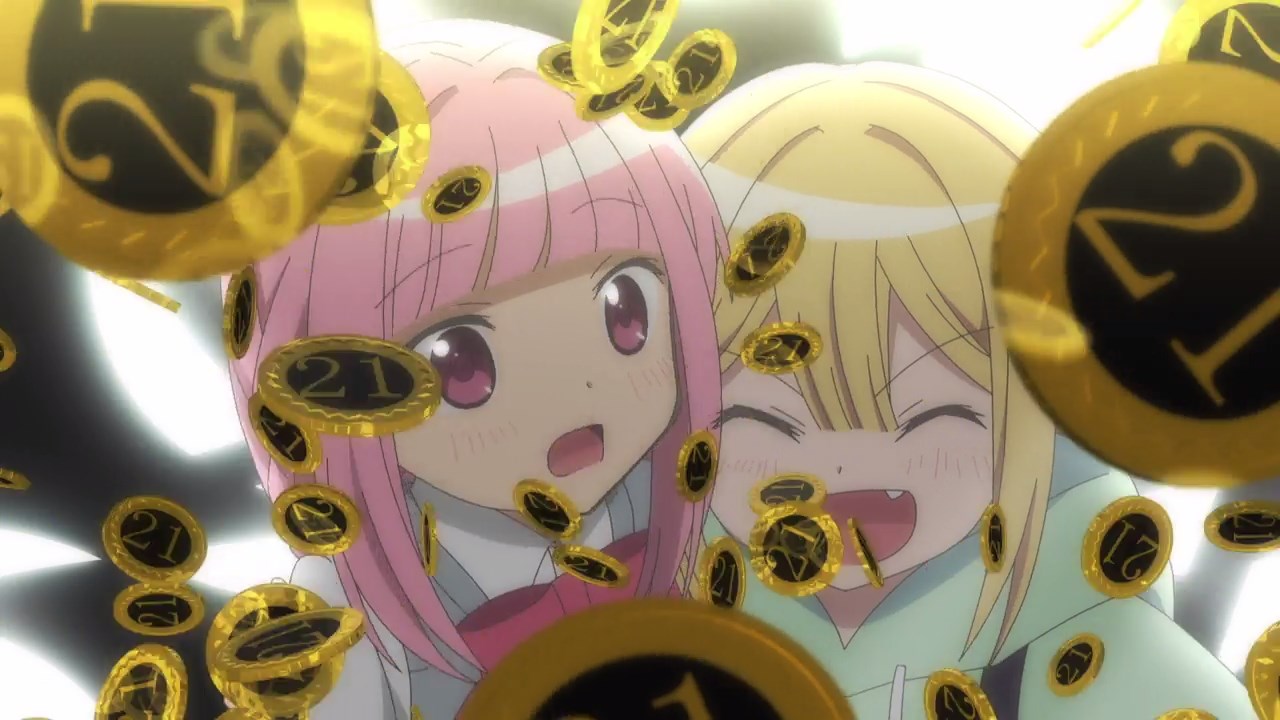 Now let’s go back to Iroha Tamaki and Felicia Mitsuki where it appears that they struck gold coins. Turns out that the rumored Lucky Owl Water is working as they have good luck and thus they’re earning lots of money.

And while Iroha will pay Felicia since she got some cash, I feel dubious in regards to the Lucky Owl Water. What if they got unlucky after experiencing good fortune? 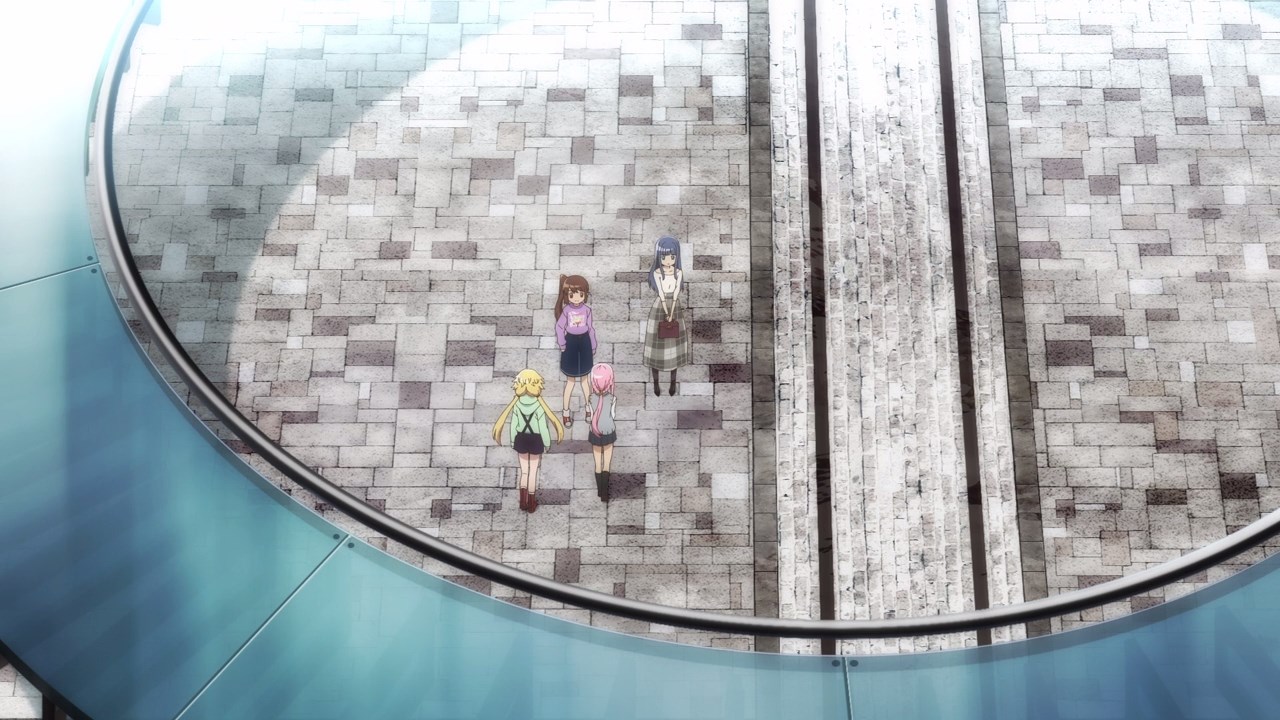 Now then, Iroha Tamaki and Felicia Mitsuki went to meet up with Yachiyo Nanami and Tsuruno Yui as they want to tackle with the rumored Lucky Owl Water.

Luckily, Iroha and Felicia got a taste of that water, but the only thing that worried about is whether that abandoned shopping district is still selling Lucky Owl Water. 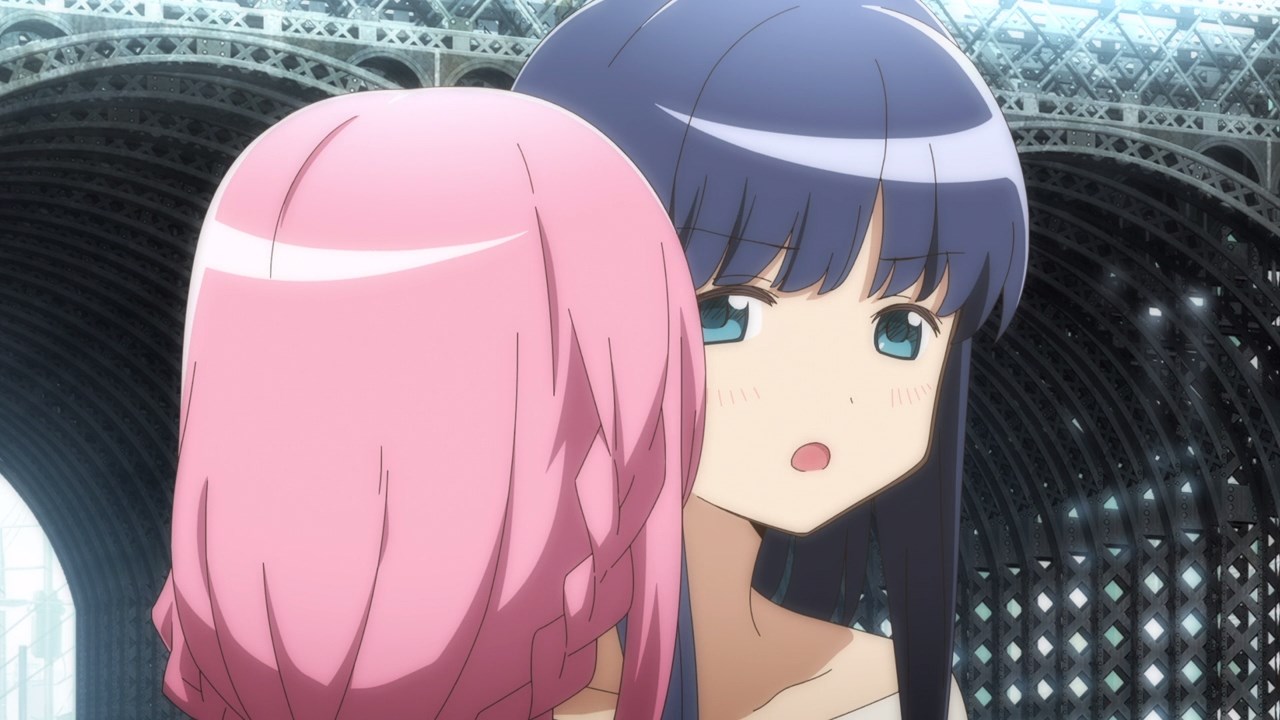 On the other hand, Yachiyo told Iroha to be careful towards Felicia as she’s one dangerous magical girl who puts everyone at risk by attacking witches with reckless abandon.

Well then, seems that Felicia Mitsuki is the Leroy Jenkins of the Madoka Magica universe, meaning that she needs to be put on a leash. 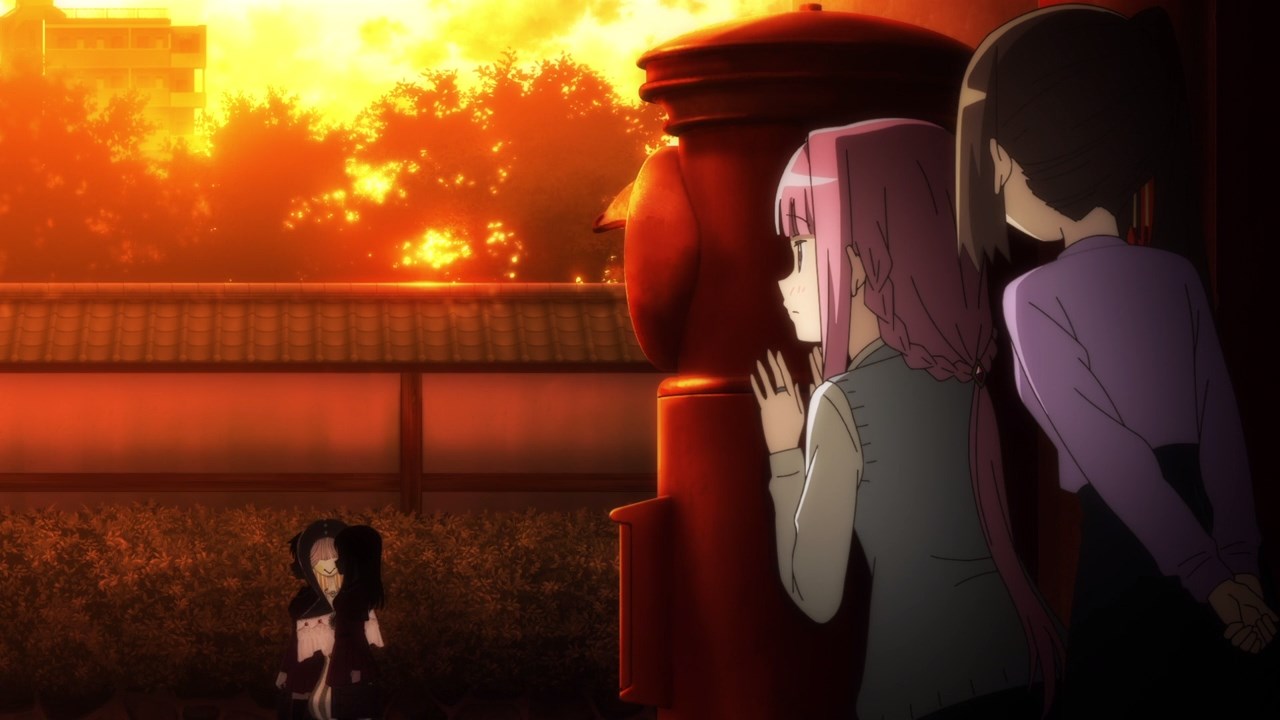 Anyways, the magical girls are searching for leads towards the Lucky Owl Water, starting with rumors that spread across Kamihama.

Then again, finding those people who spread rumors about the water is kinda tricky as some of them are aware that they’re being tailed by the likes of Yachiyo Nanami. 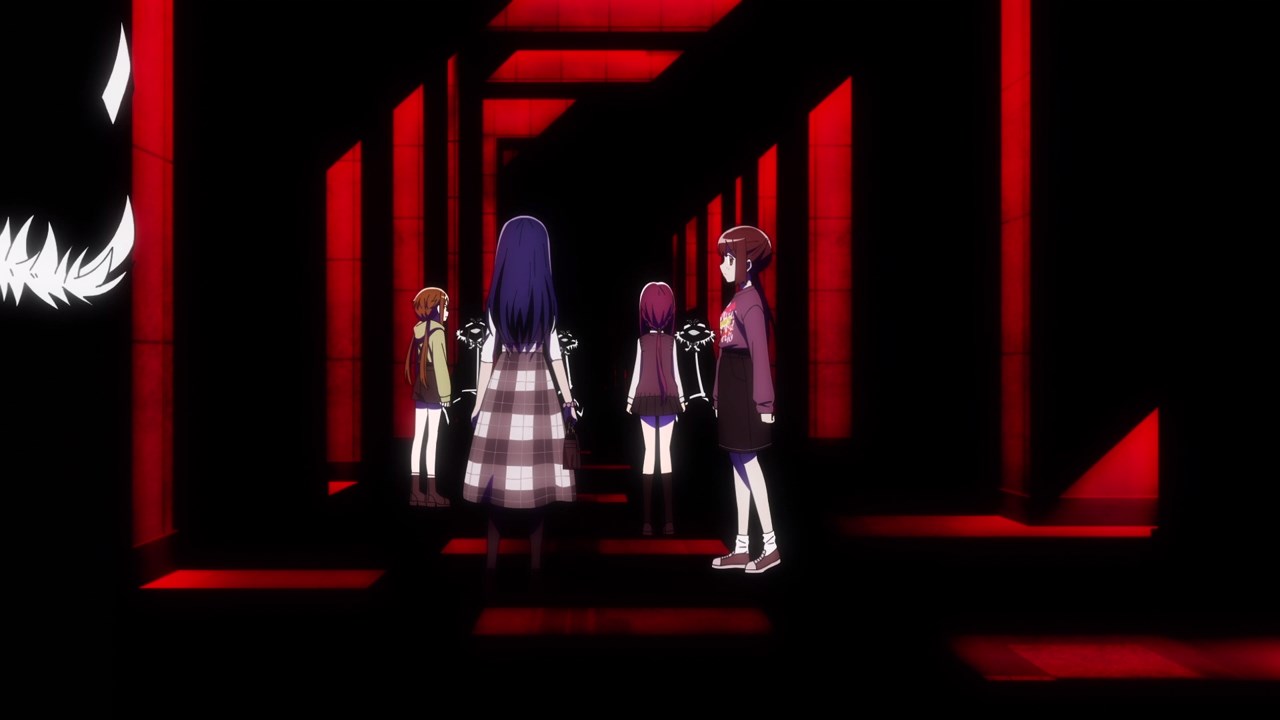 Eventually, the magical girls went to this eerie place where they’re surrounded by people wearing cloaks. Oh boy, I have a bad feeling about this. 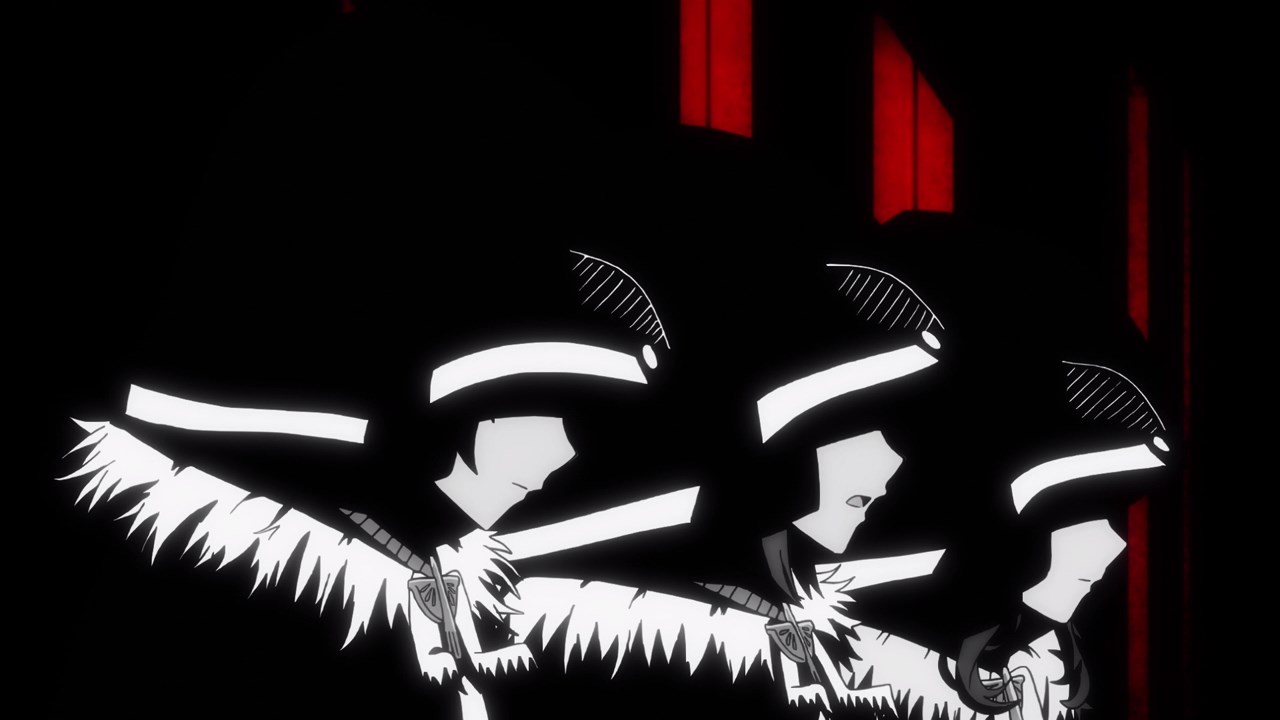 Now then, they call themselves as The Wings of Magius where they’re here to bring salvation to all the magical girls by eliminating witches. Of course, they want no one interfering those rumors like the Lucky Owl Water.

While the likes of Yachiyo Nanami and Tsuruno Yui are dubious of their claims, there’s one magical girl who decided to jump ship towards The Wings of Magius… 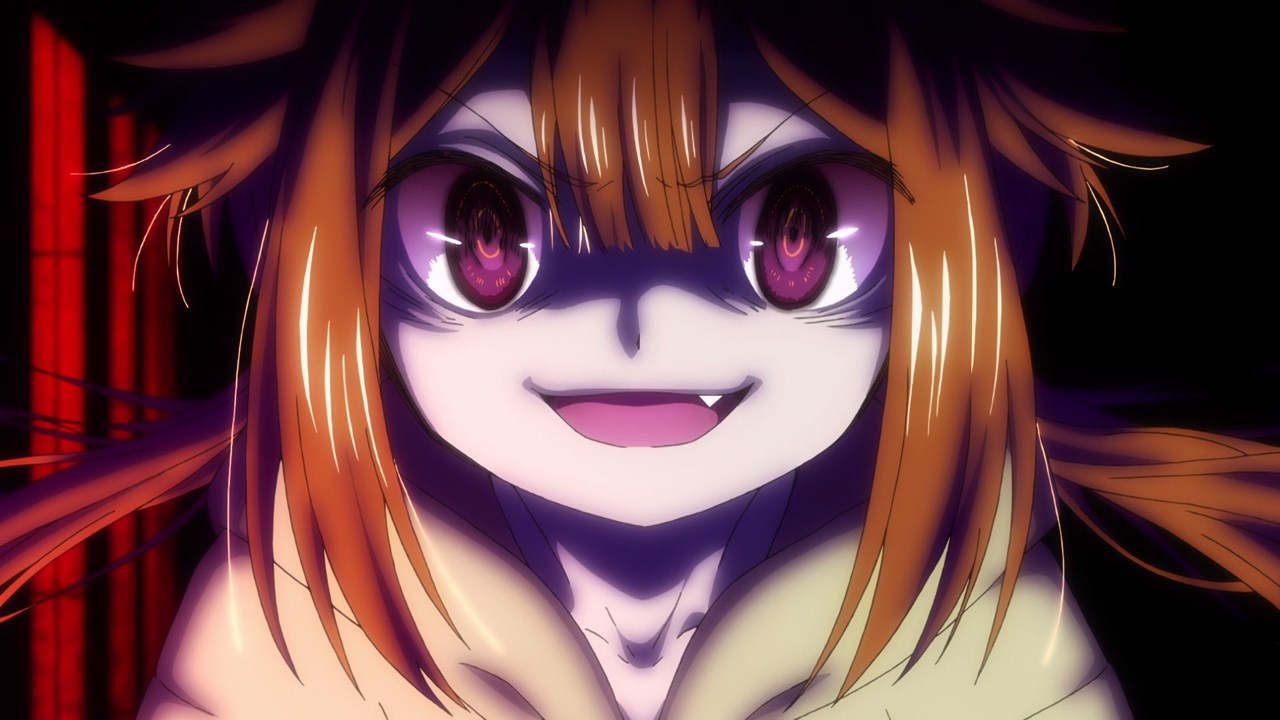 And that’s Felicia Mitsuki where she agreed to join The Wings of Magius simply because she wants to kill all witches. You know something, Yachiyo is right about Felicia ’cause she’s one troublesome magical girl!

On the other hand, while The Wings of Magius are aiming to eradicate witches to save various magical girls is somewhat noble as it emulates Madoka Kaname, but I feel that there’s an ulterior motive to their cause. Heck, I feel that they might cause a disaster in Kamihama.

Anyways, looks like I’m done on this episode as the rest of the magical girls will have to beat Felicia Mitsuki now that she joined the dark side.