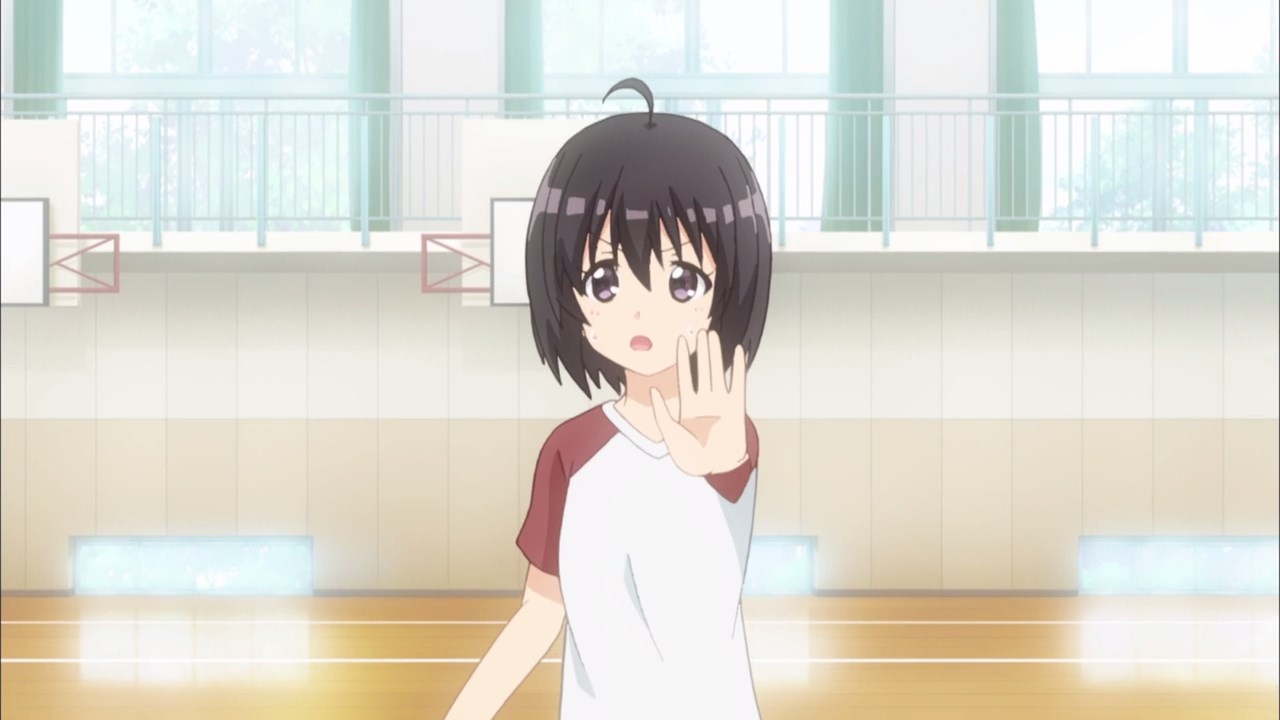 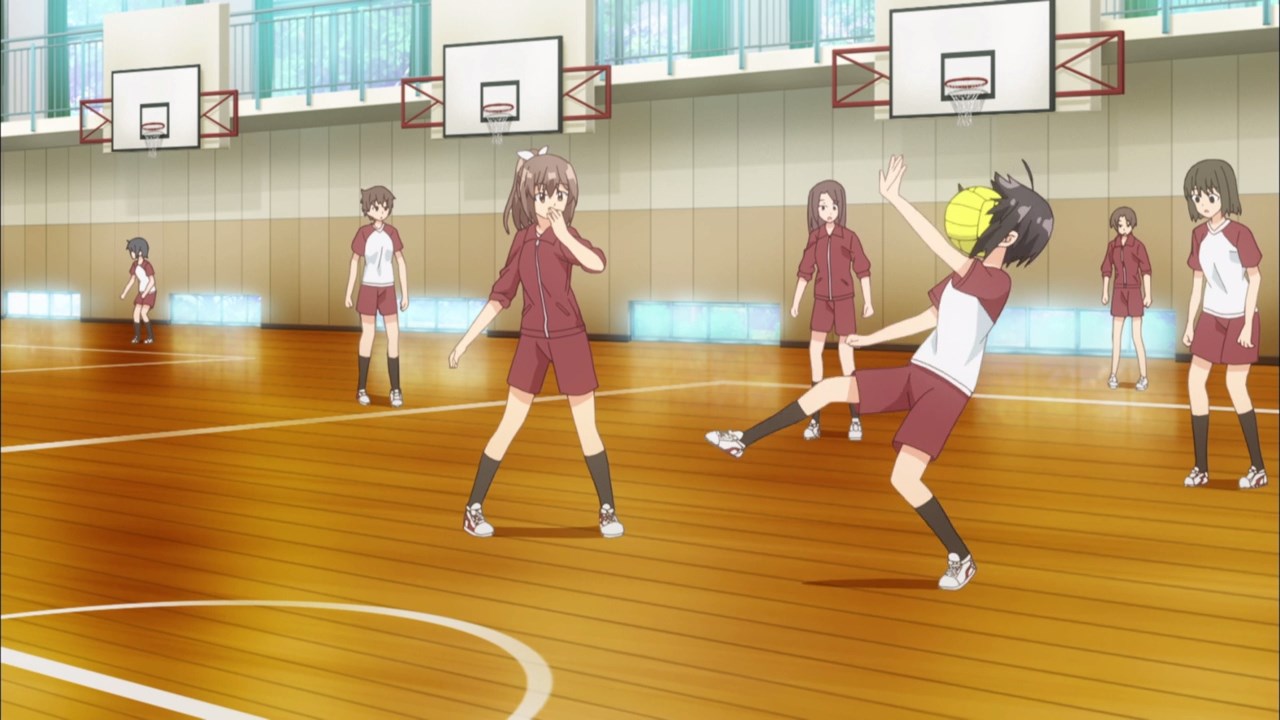 …from being hit by a ball to the face. Sadly, this is real life where she’s not the most powerful character ever. 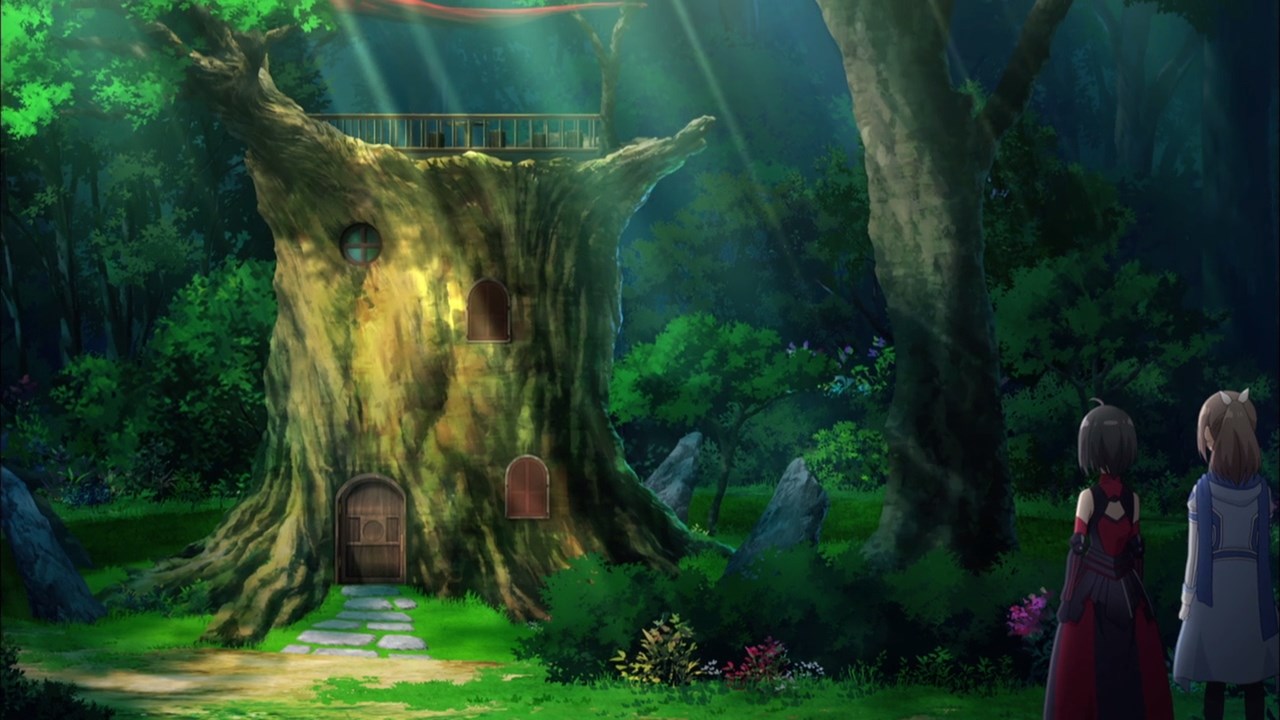 Now then, let’s go back to New World Online where Kaede’s character Maple are finding a place to stay together with Sally. Basically, they’re gonna form a guild together.

Of course, they need an item to claim ownership on a building like this tree house over there. 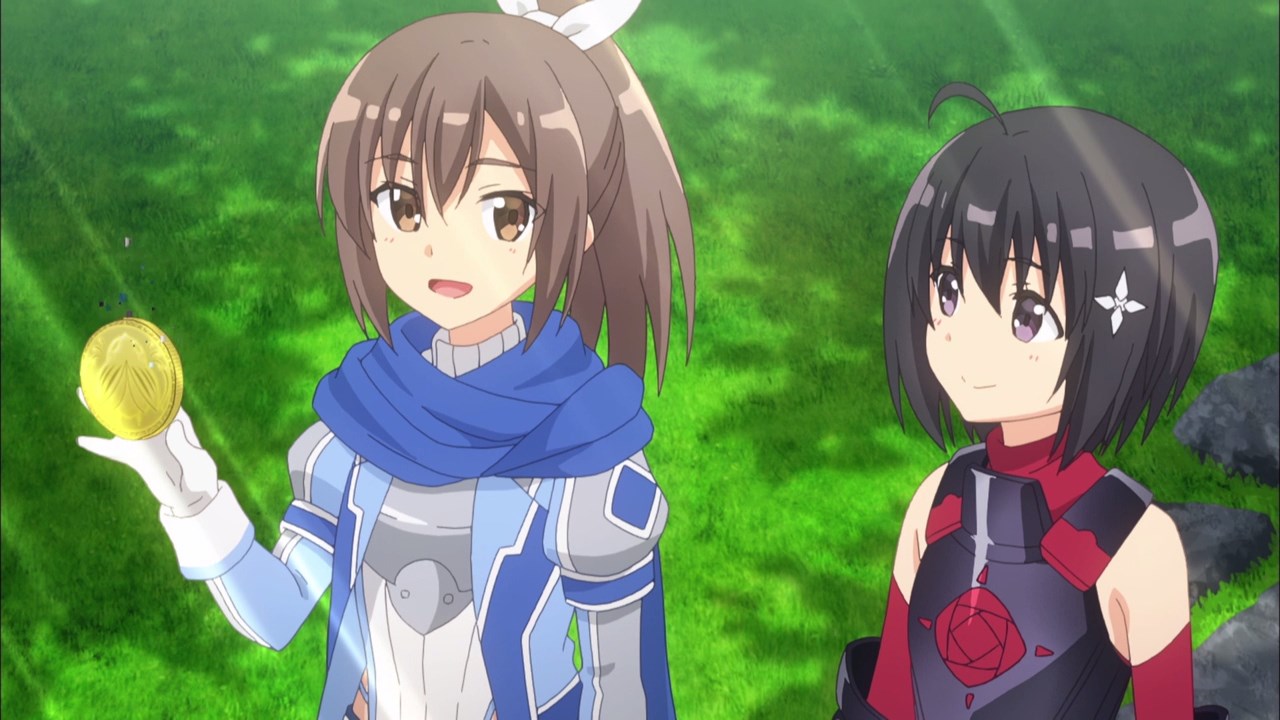 Luckily, Sally found a seal in which it can be pick up after defeating bright bugs.

Of course, getting a seal is a test of luck since it’s a random drop item but Sally managed to get one while Maple is away. 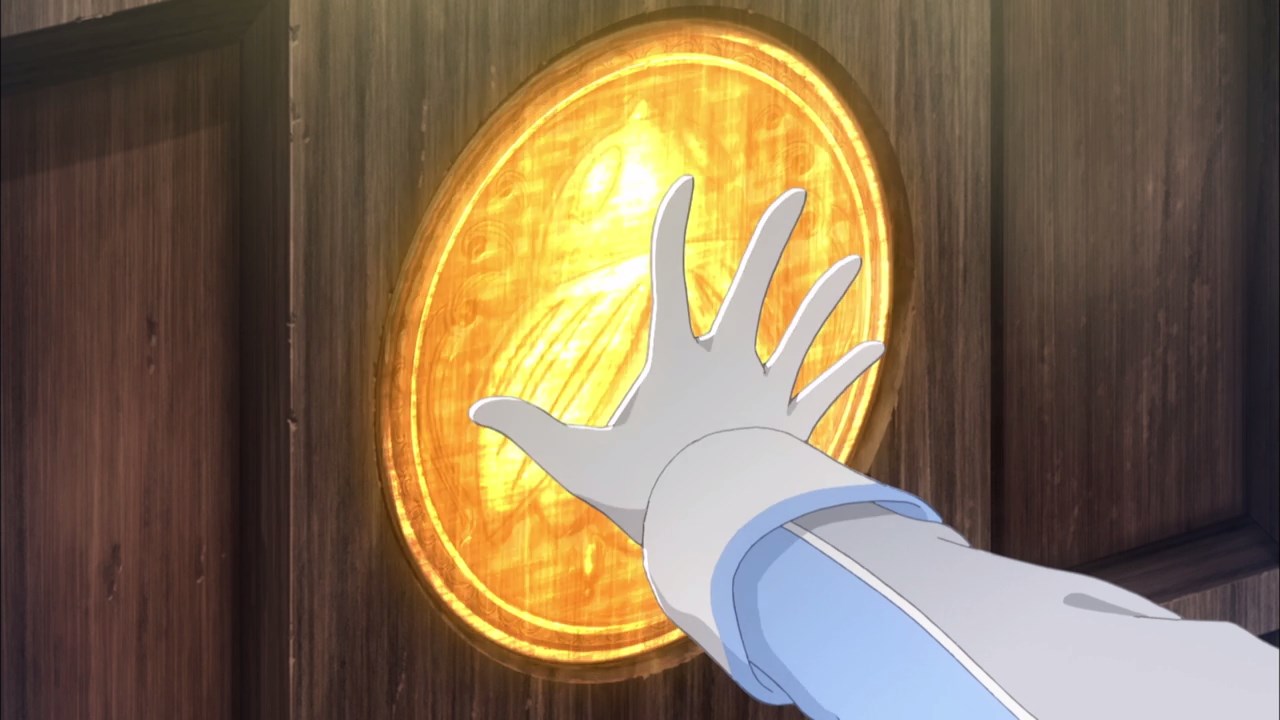 With that said, Sally used the seal on the tree house, meaning that she and Maple now owns the place. 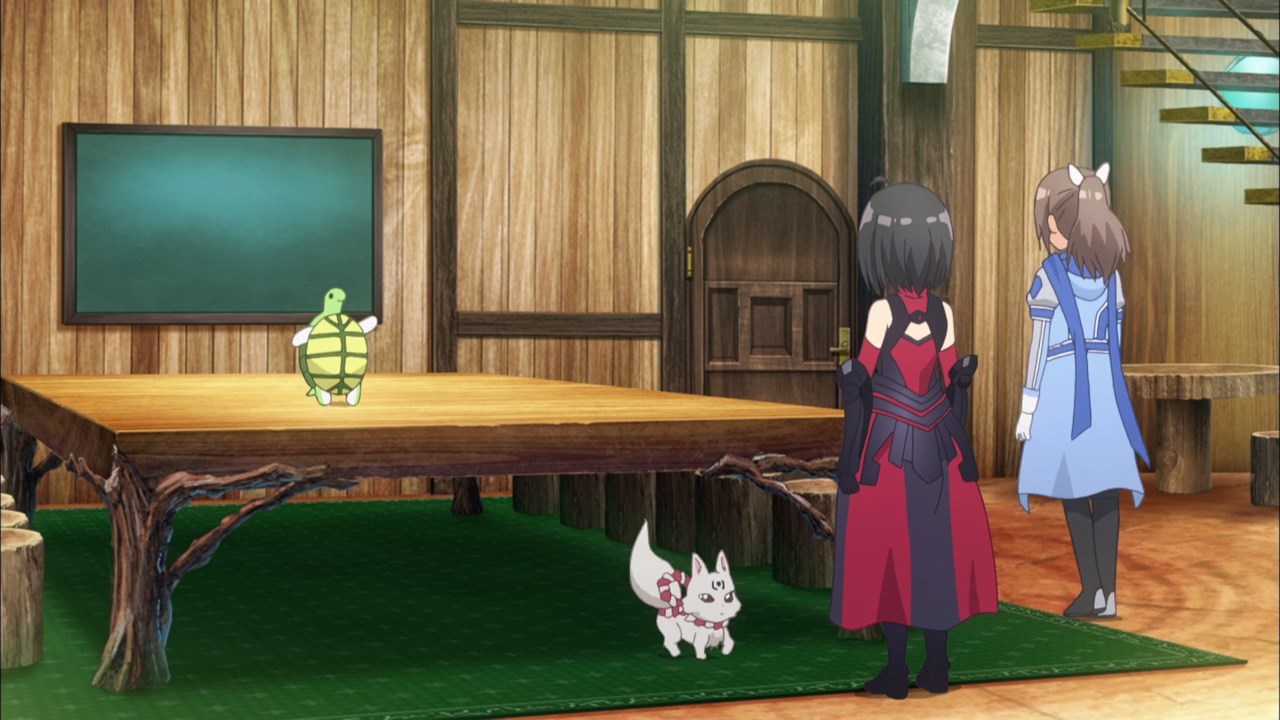 Then again, both Maple and Sally felt that this tree house is a bit big, so they decided to recruit various players to join their newly-formed guild which is now named as Maple Tree. 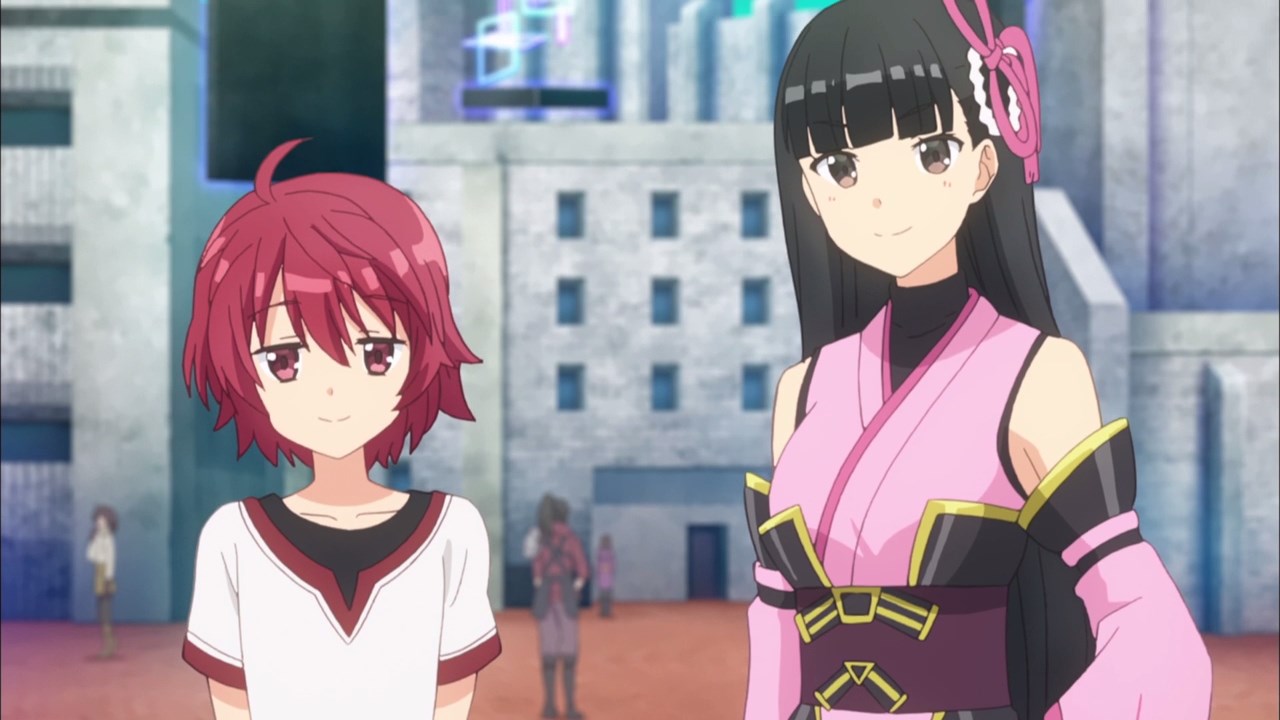 First off, they recruited both Kanade and Kasumi which Maple and Sally encountered them during the second event.

And sure that both Kanade and Kasumi love to join them, Maple and Sally need more members… 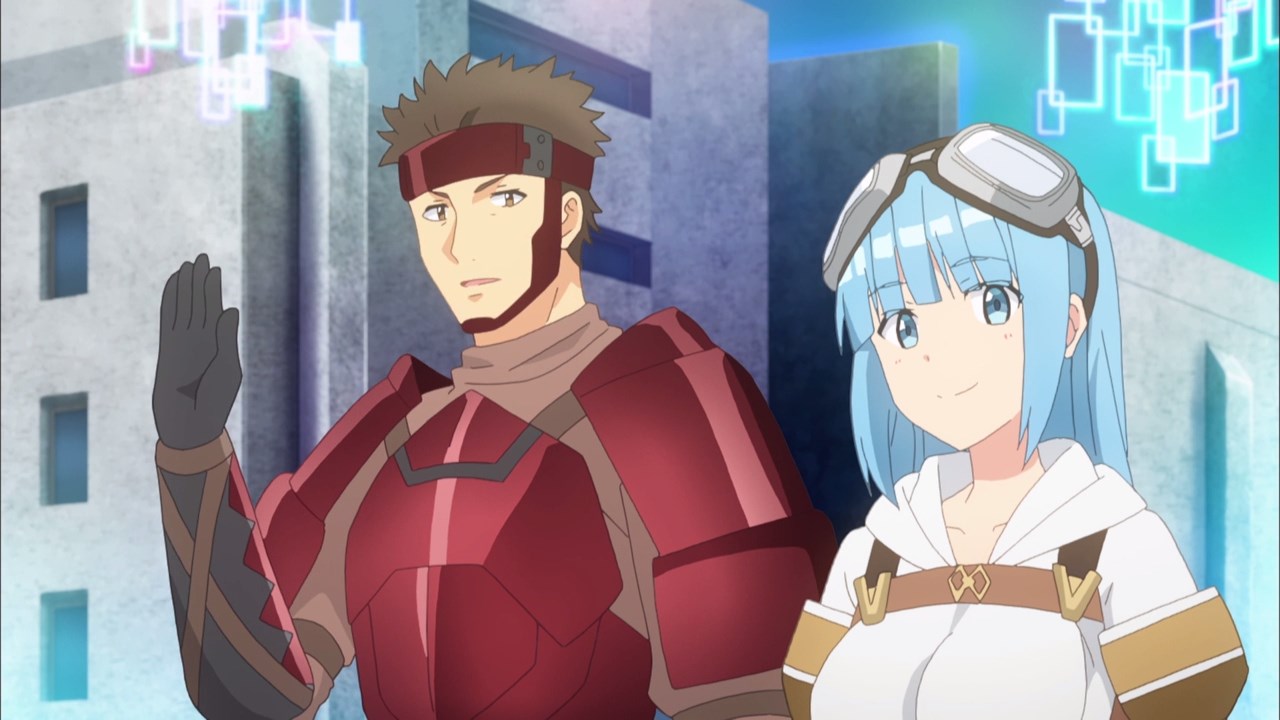 Luckily, they found Chrome and Iz in which both girls invited them to their guild.

Fortunately, Chrome and Iz accept the invitation but they need members if they want their guild to be number one in NWO. 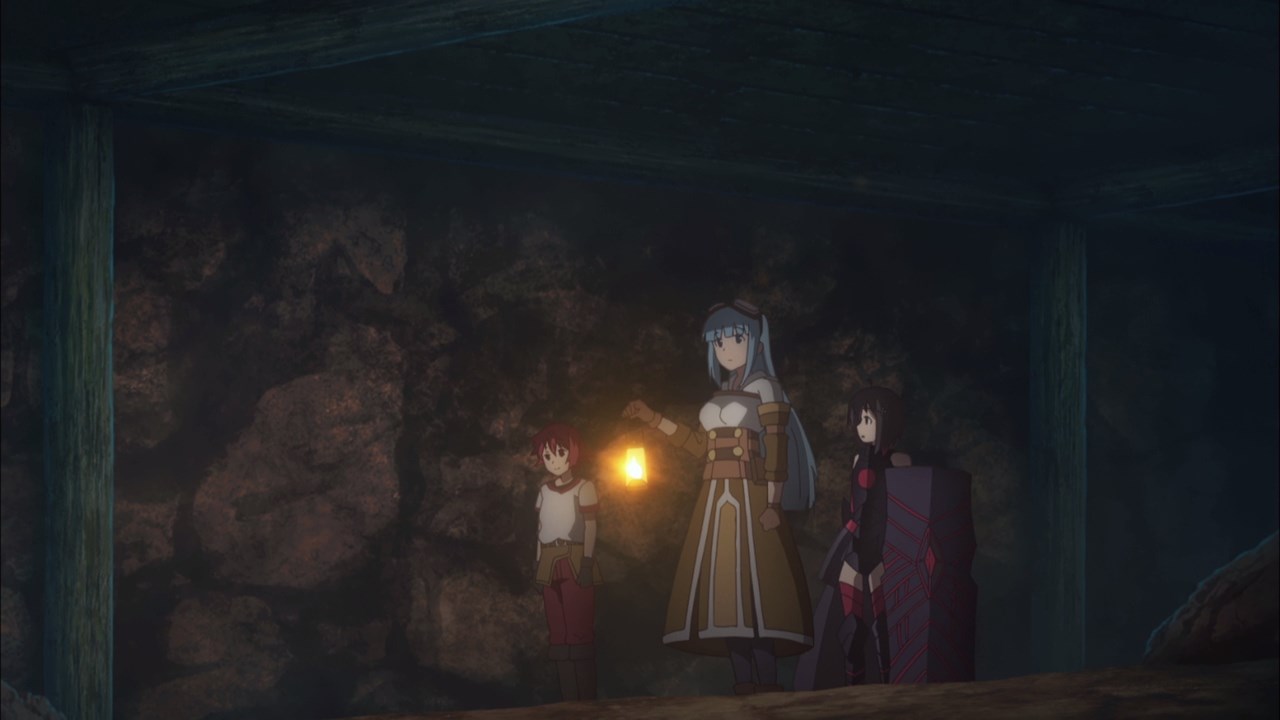 For now, it’s time to hunt some materials at the cave so that Iz can make powerful weapons and armor. 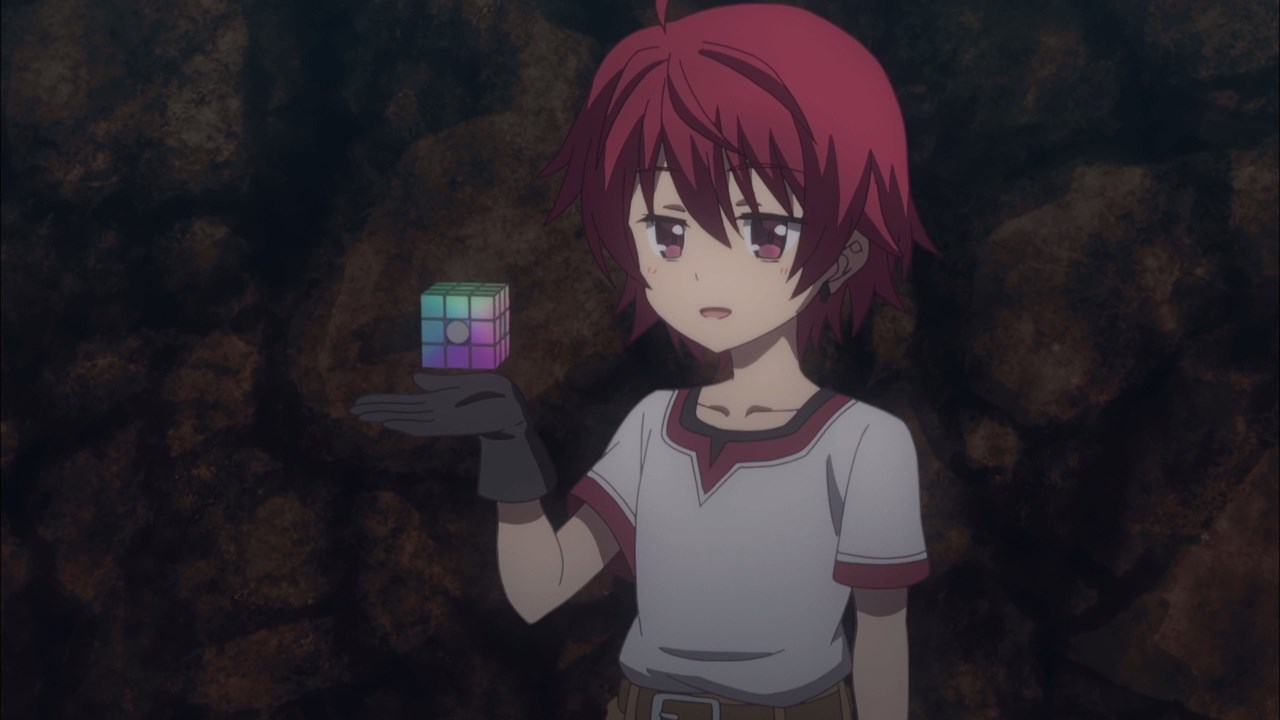 On the other hand, here’s Kanade where she shows off her Akashic Records. This special item will grant her a random skill per day, meaning that she might get a bad skill today and a good skill tomorrow.

Fortunately for Kanade, she got the elusive Mining V skill in which she can get tons of materials. Heck, Kanade might even get a rare material too. 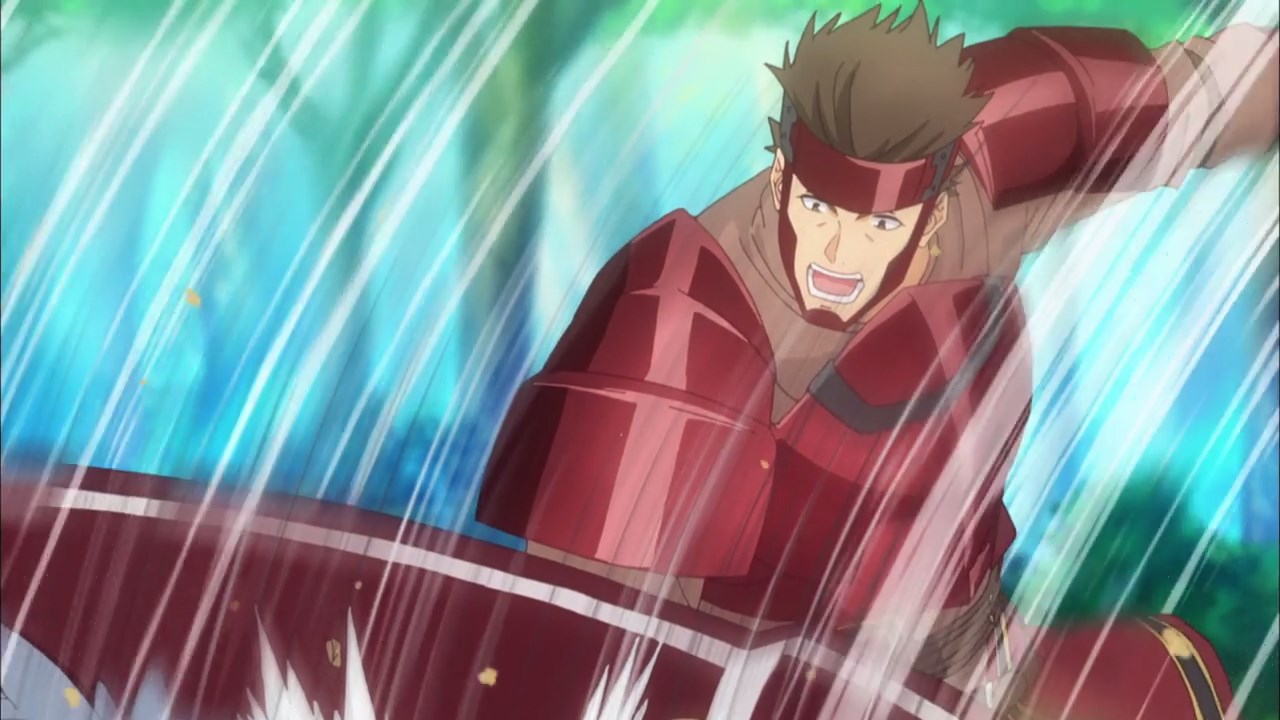 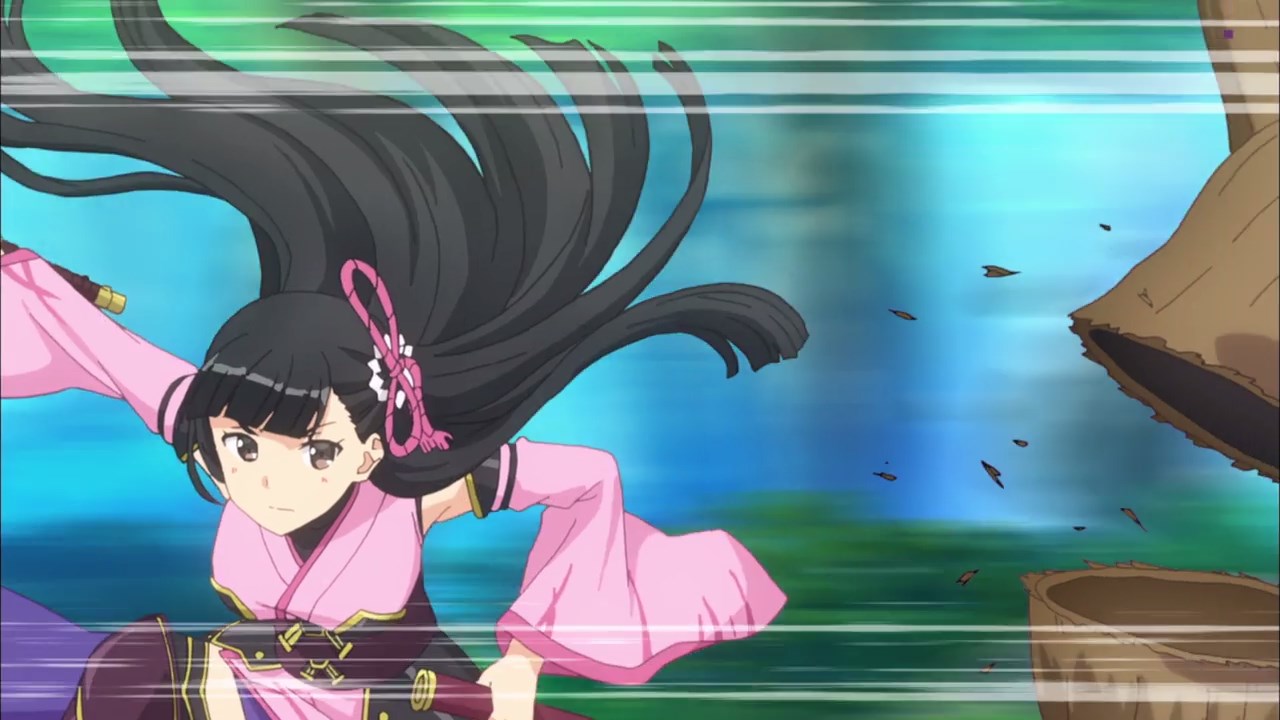 Outside the cave, things are getting busy for Sally and the rest as they tackle various monsters.

Fortunately, Chrome and Kasumi can hold them off on their own since they’re strong players. 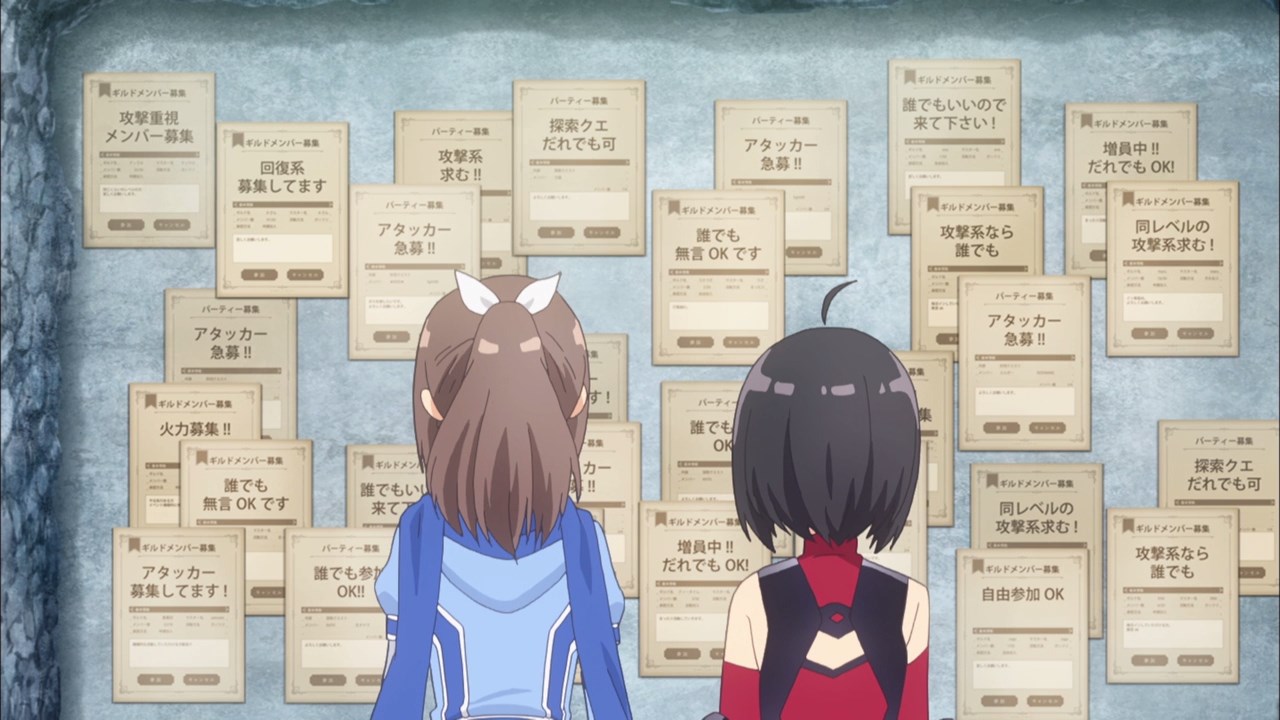 After getting some essential materials at the cave, it’s time for Maple and Sally to look at the bulletin board and find potential players there.

Then again, most of the players feared Maple since she’s so broken that she’ll take the spotlight over them, not to mention that Maple has a flying turtle. So, what will she do? 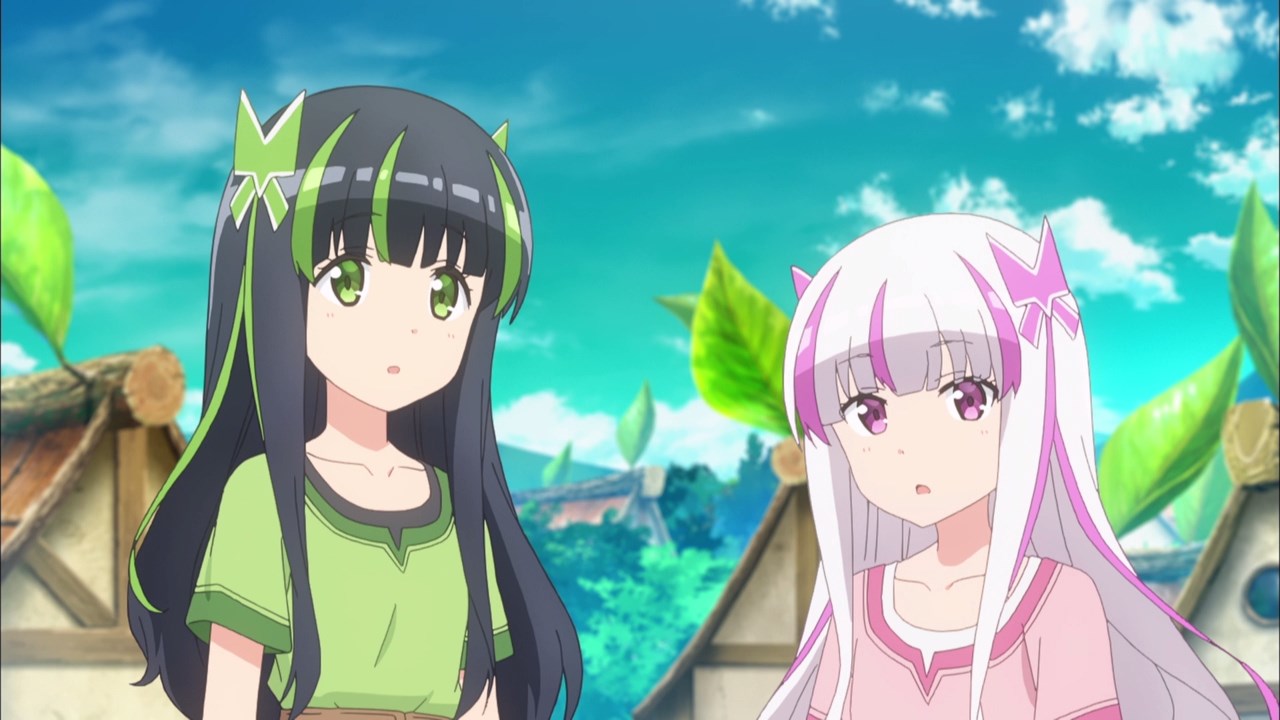 Well, luckily for Maple, she scouted two rookie players who might be useful in the future. Meet May (pronounced as “Mai”) and Yui as they’re twin sisters, with the former being the older one while the latter is the youngest.

By the way, Yui is voiced by Nanaka Suwa so it’s surprising that she’s voicing a character outside Love Live! Sunshine!! 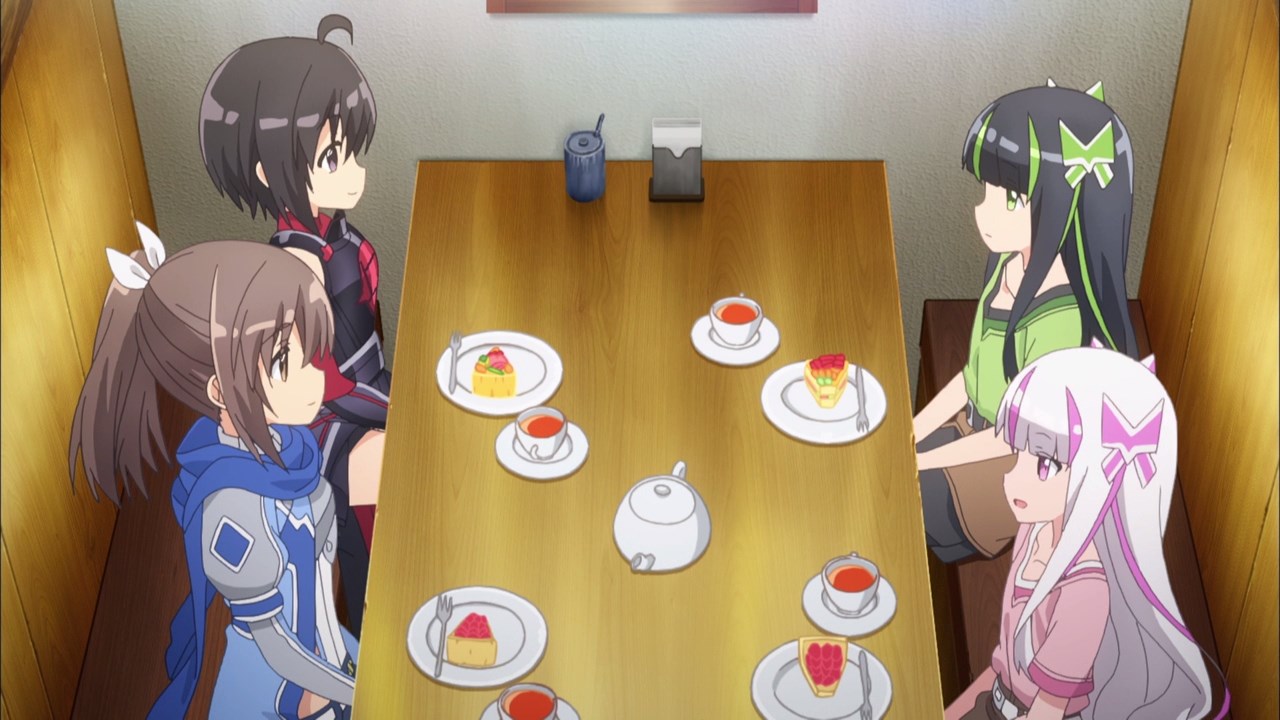 Now then, both May and Yui told Maple and Sally that they poured their stats points into STR, meaning that not only they move slowly but their defense is thin that both girls might wipe out.

Of course, the reason why they put their points in STR is because they’re weak in real-life, but this means that lots of people won’t bother recruiting May and Yui because of their unbalanced character build.

Fortunately, Maple felt sympathy towards May and Yui as she can’t move fast upon putting all of her points into VIT, which is why she welcomed both girls into her guild with open arms. 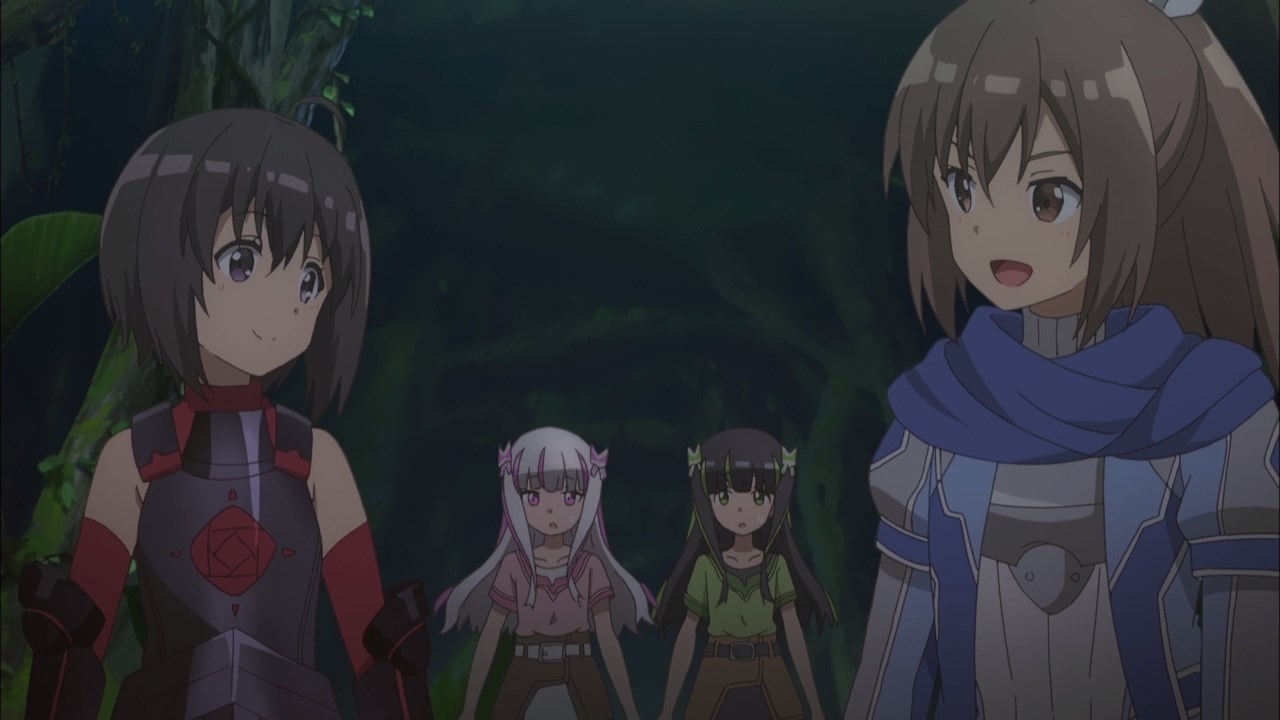 But before May and Yui join the guild, Maple and Sally will demonstrate on what they’ll deal with, be it events or even boss raids. 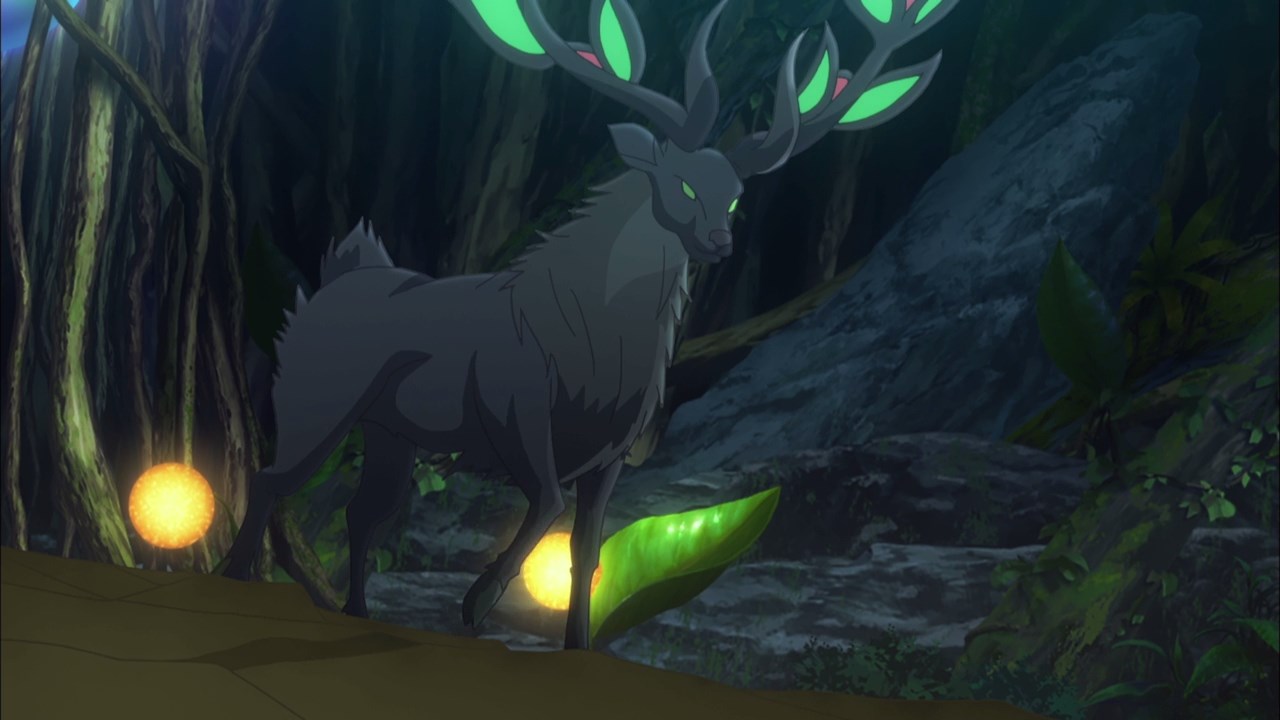 With that said, Maple and Sally returned to the forest to face this giant deer, although this one is a bit weaker compared to the one that they encountered back in Episode 3. 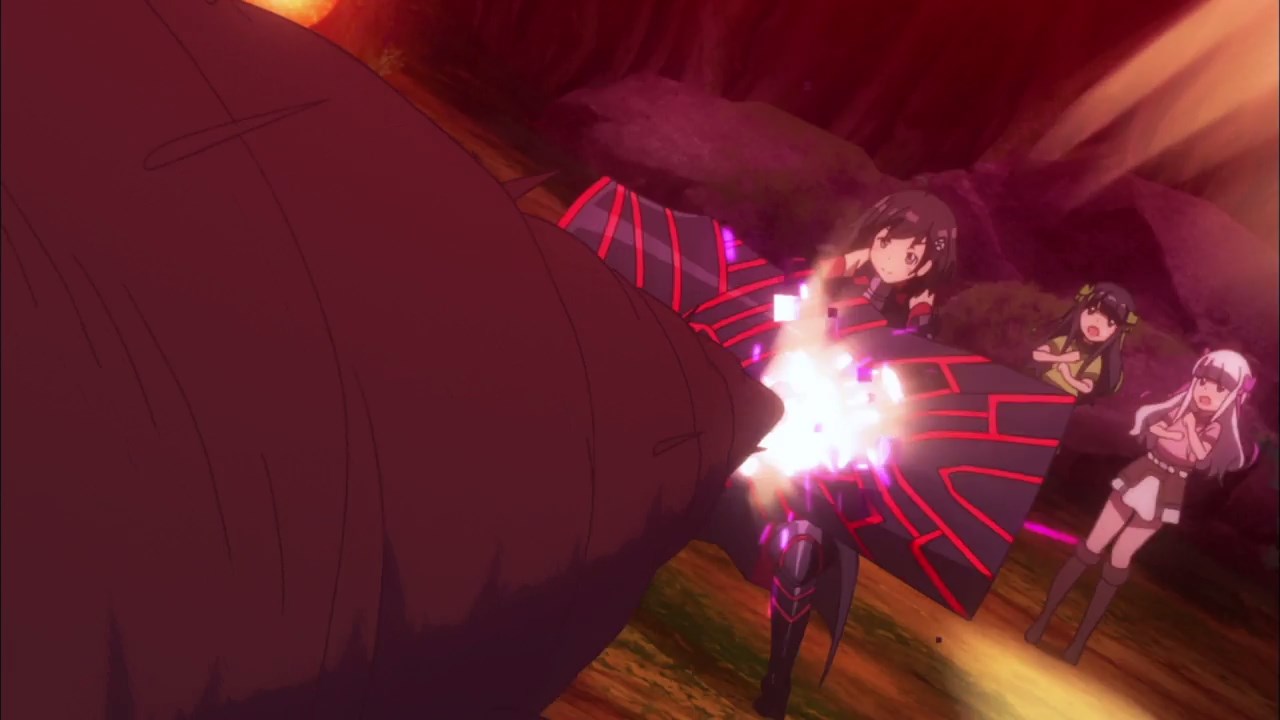 Still, the giant forest deer remained a threat that May and Yui might get killed by it.

Luckily, Maple and her trusty shield will protect those rookies. Just make sure that she has enough Devour skill to survive the onslaught. 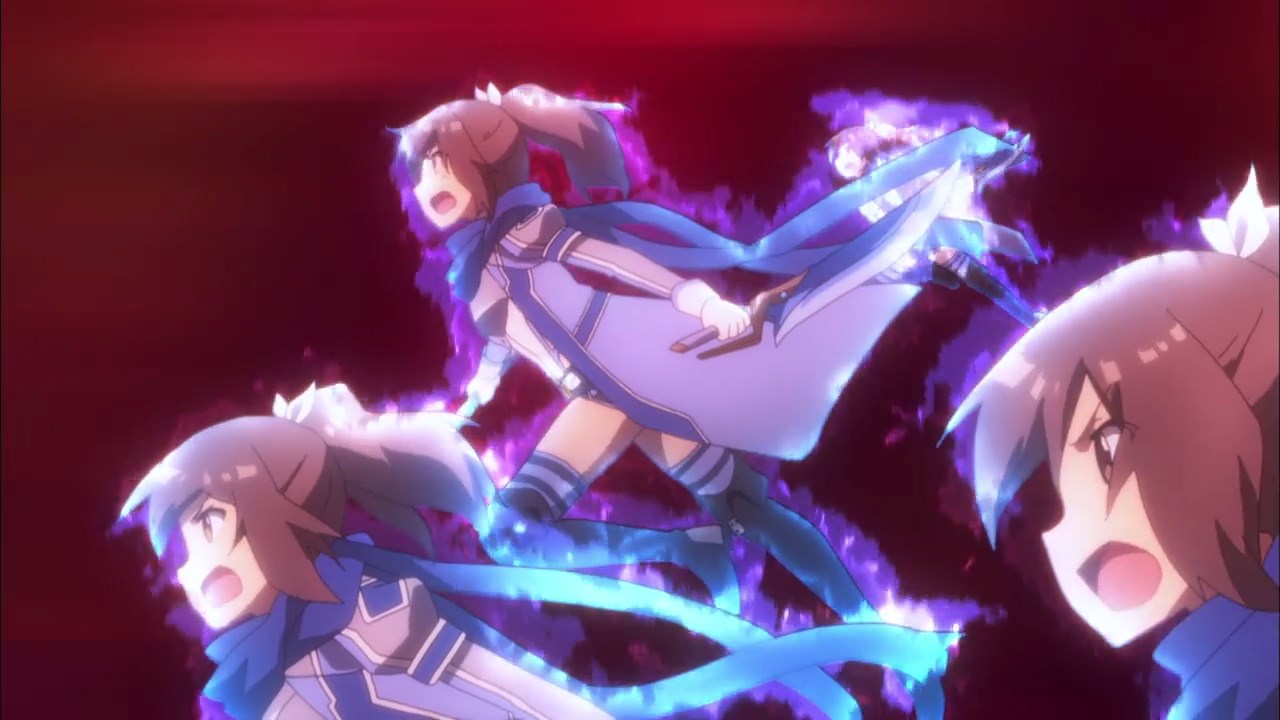 Meanwhile, Sally unleashes her new skills towards the giant deer. Not only she made various shadow clones of herself, but Sally casts Sword Dance in which her strength increased every time she dodge enemy attacks. 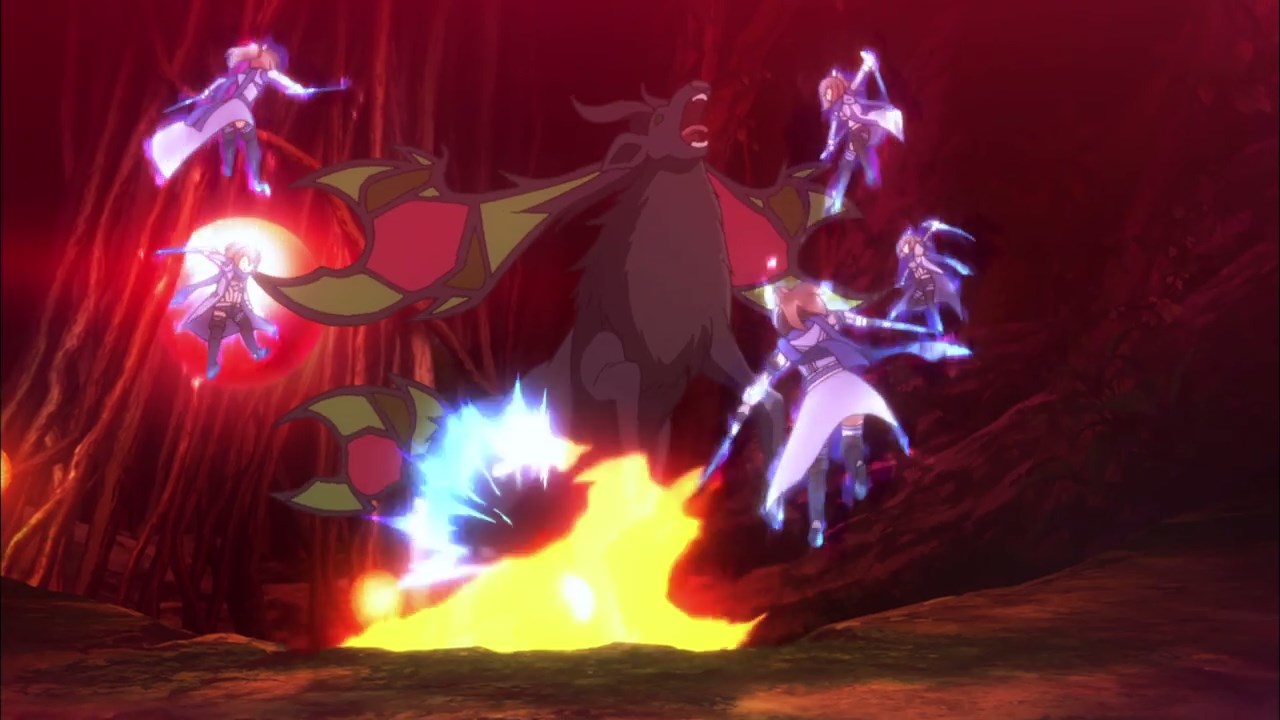 But anyways, looks like this giant forest deer is defeated thanks to Maple and Sally.

Then again, it’s just a demonstration on what May and Yui will do on a daily basis once they joined the guild. 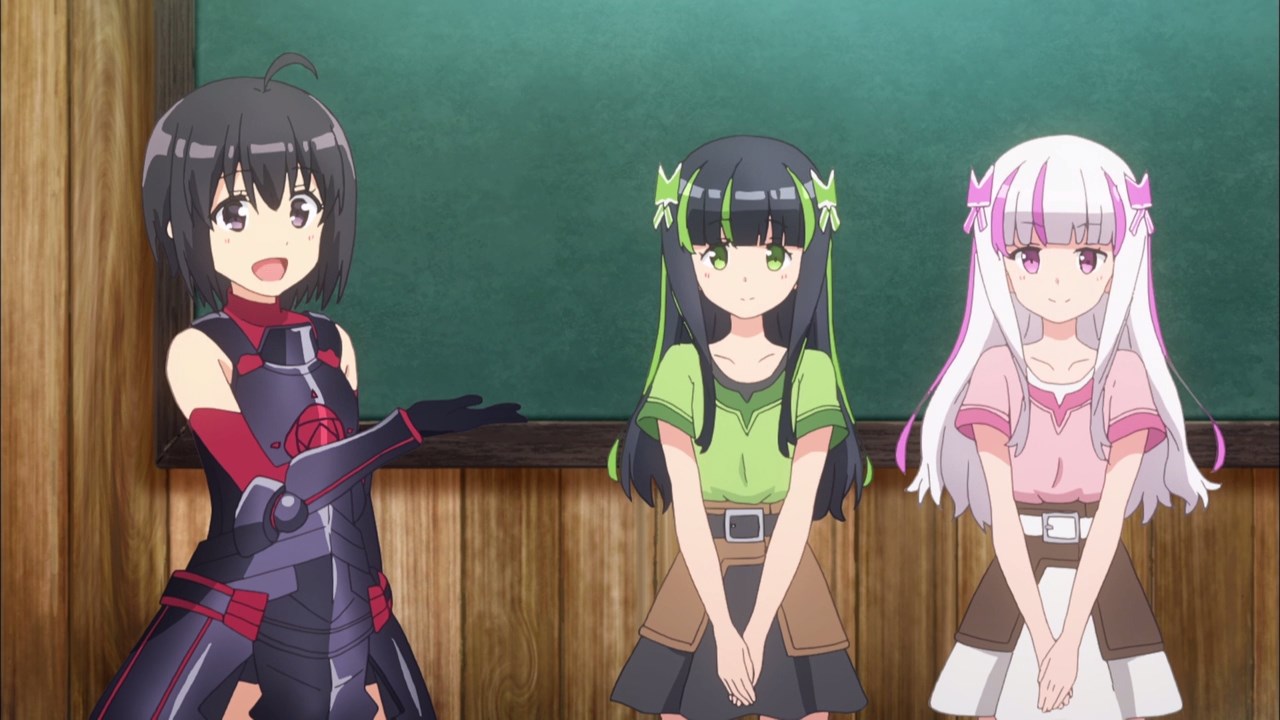 With that said, both May and Yui joined Maple Tree as Maple welcomes them to her fellow guild members.

They might be a bit shy, but both girls will do fine in the future! 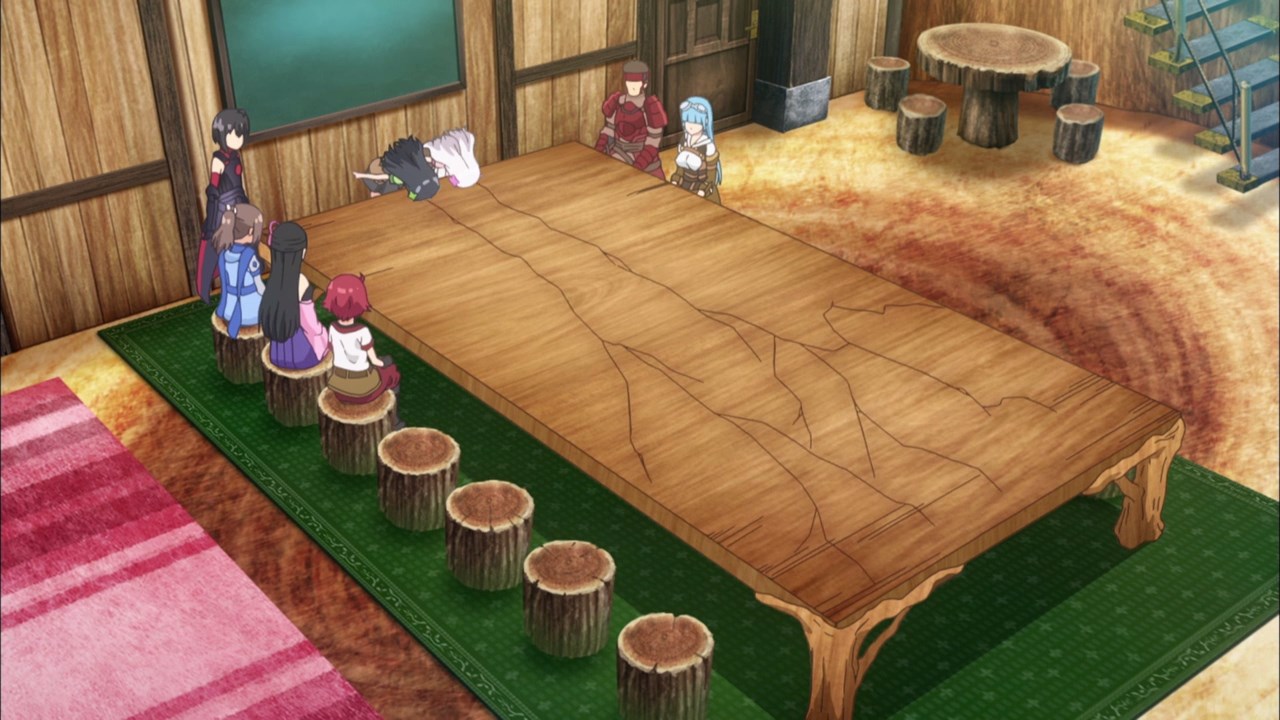 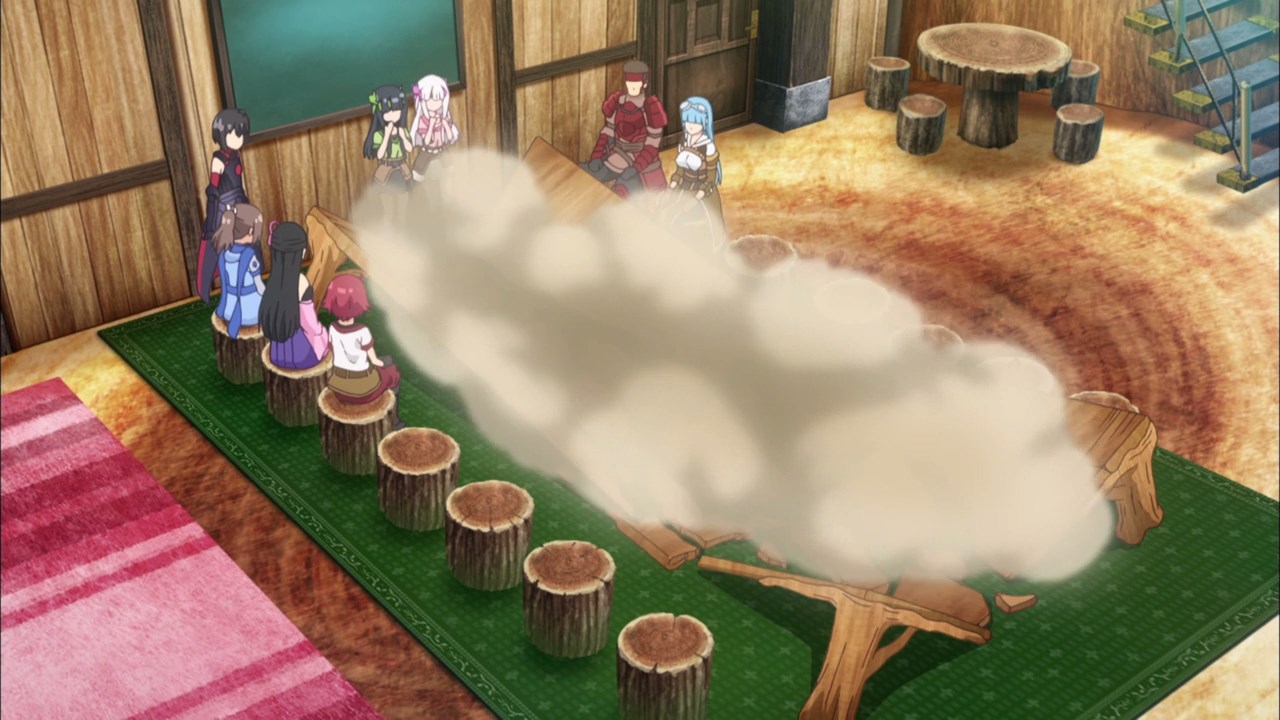 On the other hand, looks like both May and Yui need to control their strength as they destroyed this table by bowing their heads.

Damn, I wonder if they might kill a monster with a single hit? That would be very dangerous when it comes to PvP or even boss raids. 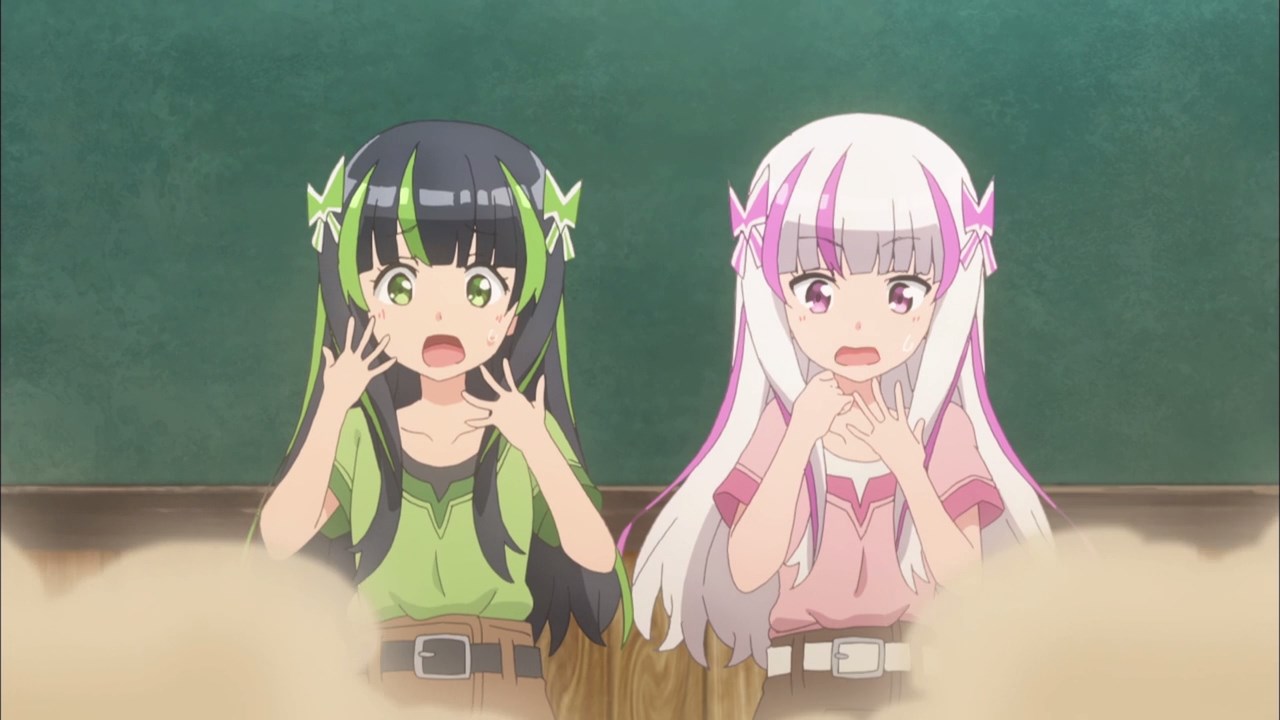 But you know what, I’m sure that May and Yui will be a great asset to Maple Tree as their high strength would be a perfect fit for Maple’s high defense and Sally’s high agility. 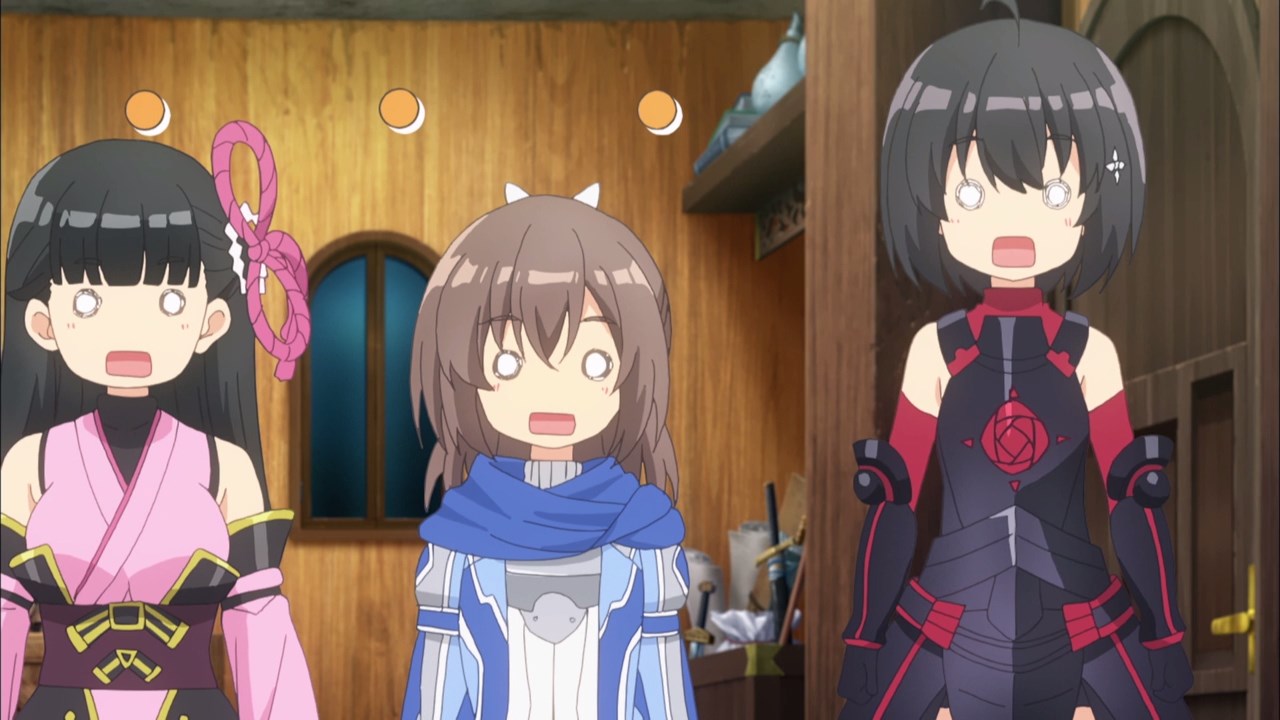 But that’s about it for Episode 6 and while the rest of the guild are shocked to see May and Yui’s unparalleled strength, they’ll have to deal with the next event. Anyways, I’ll see you next time!