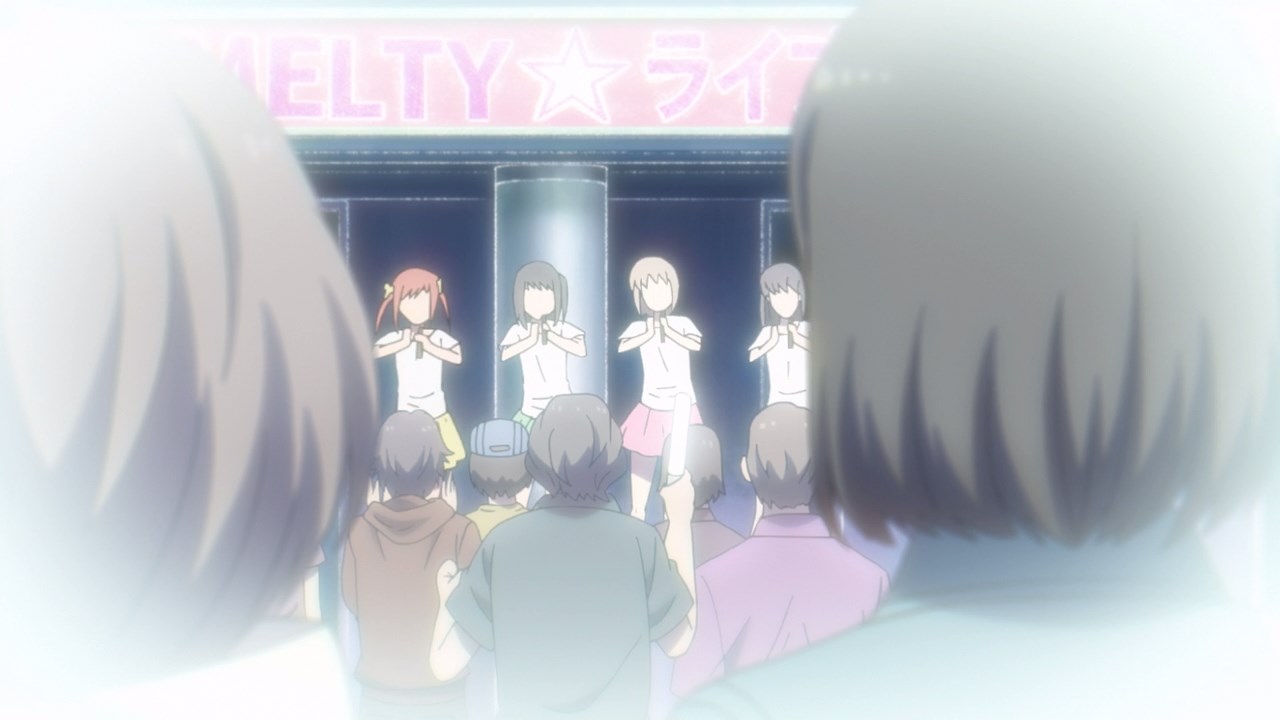 Hey everyone, this is another origin story of one girl who joined the world of idols by chance. 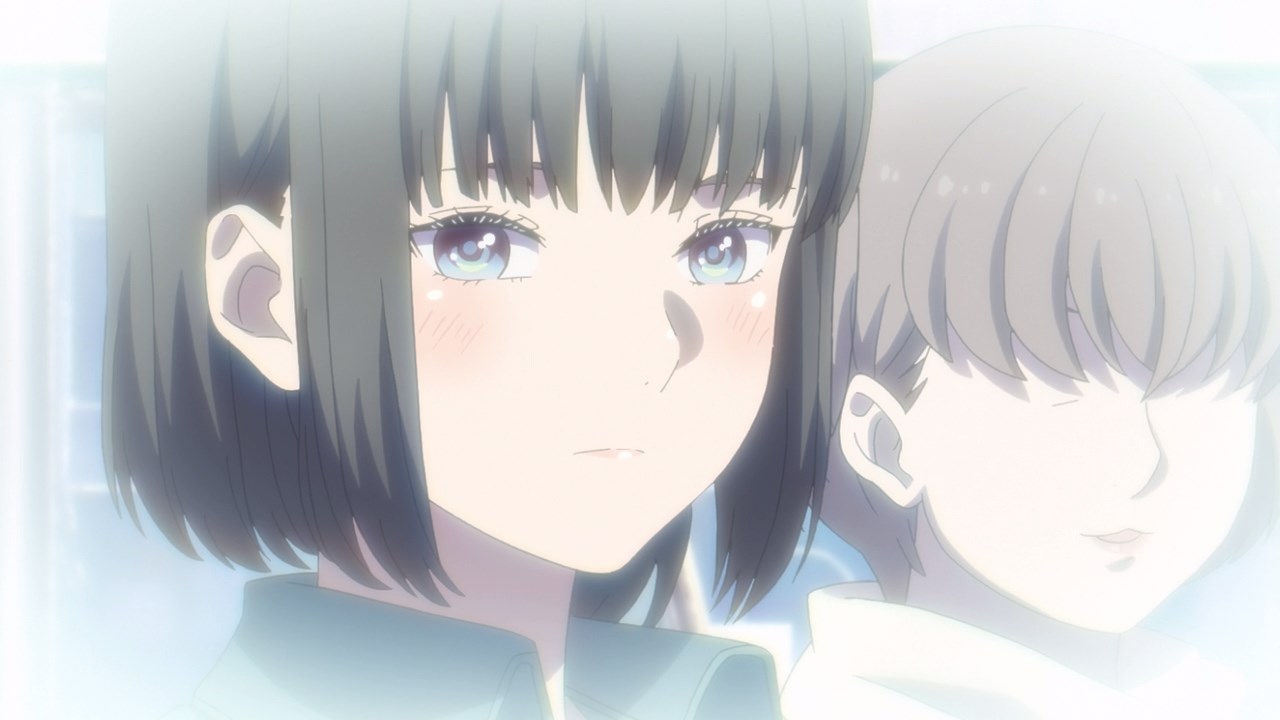 Said girl happened to be Sorane Matsuyama where she watched a live performance of the now-disbanded idol group Melty. Of course, Sorane felt that she’s not cute enough to be an idol. 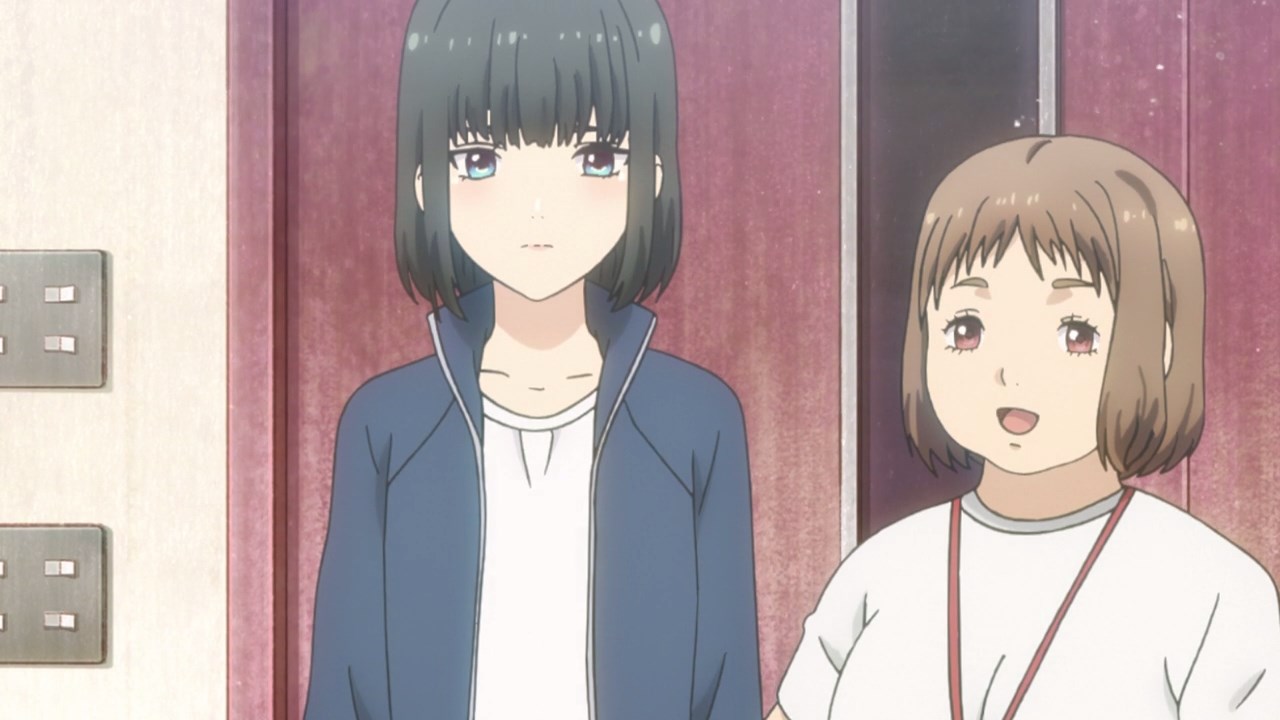 However, seems that Sorane’s aunt submitted her resume to a talent agency and thus she end up joining a new idol group called Cham Jam. 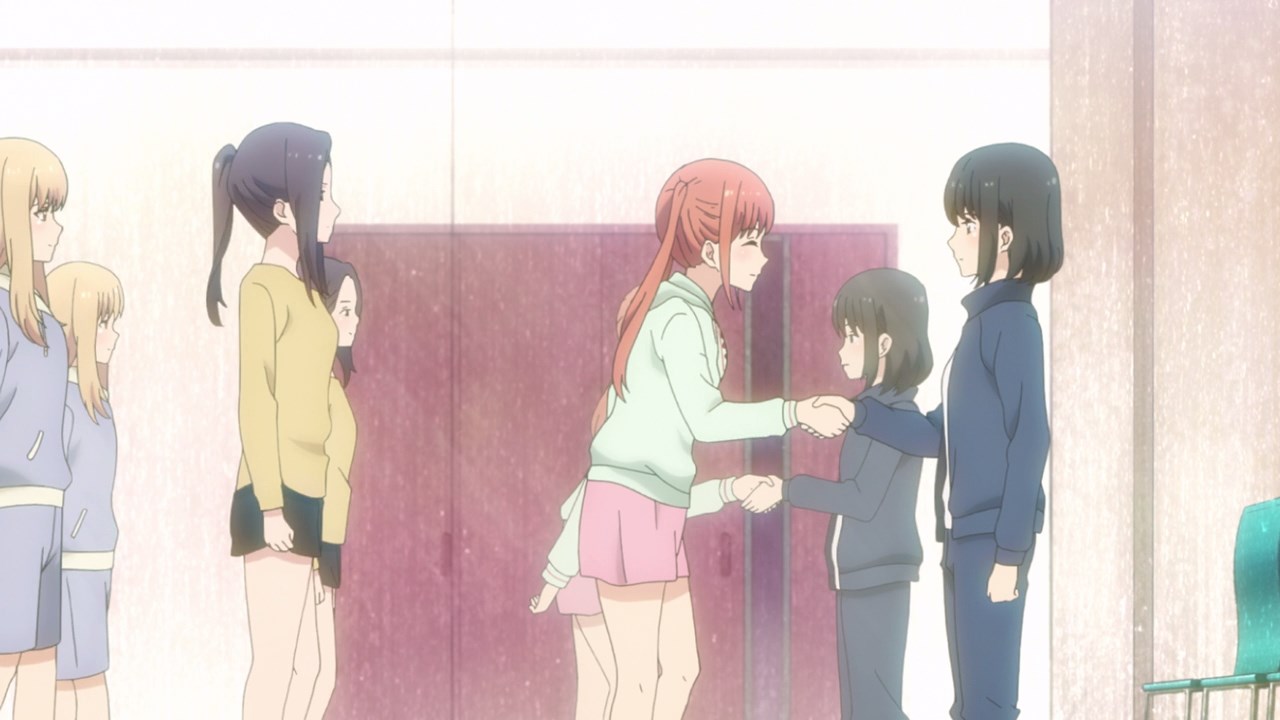 Oh yeah, and Sorane Matsuyama met the likes Reo Igarashi, Yumeri Mizumori, and Maki Hakata where they’ll show her the ropes of becoming an idol.

But that’s about it for this week’s backstory and while I’m gonna end this post here, there’s still more to come… 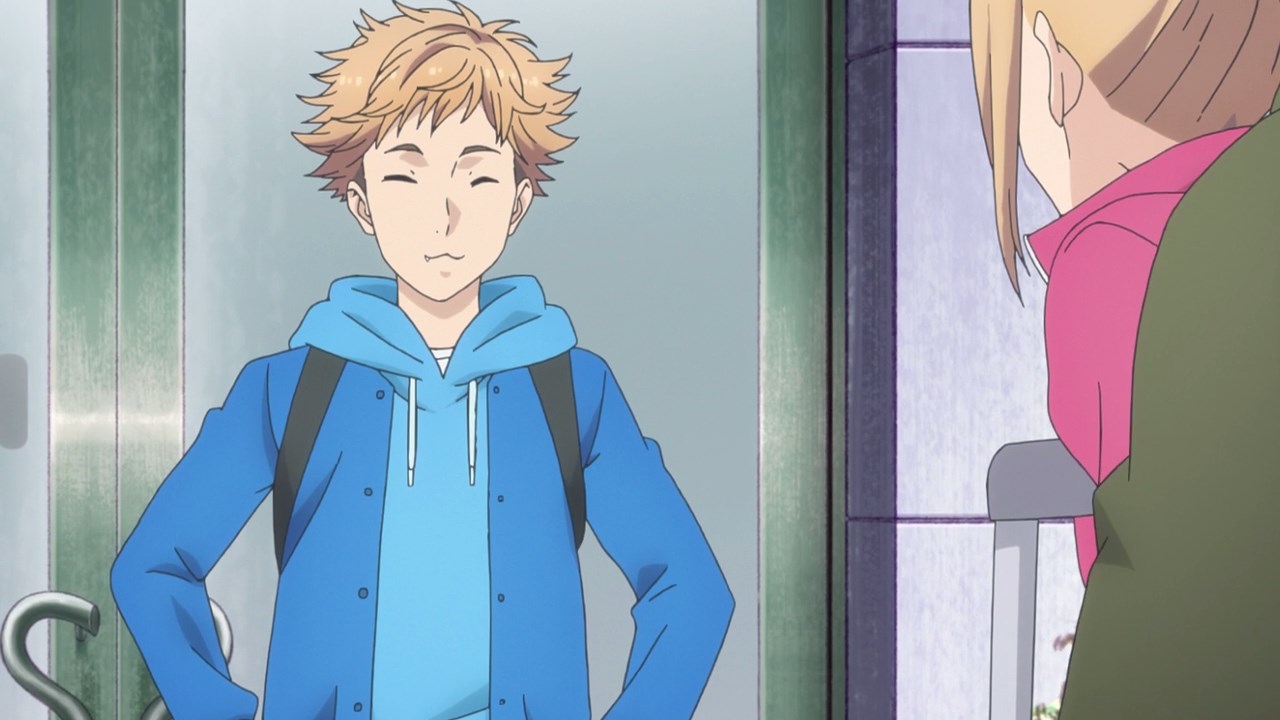 Anyways, let’s move onto the present where Motoi is wearing blue clothes today in support of Sorane. C’mon, he’s considered to be the number one Sorane fan in Okayama! 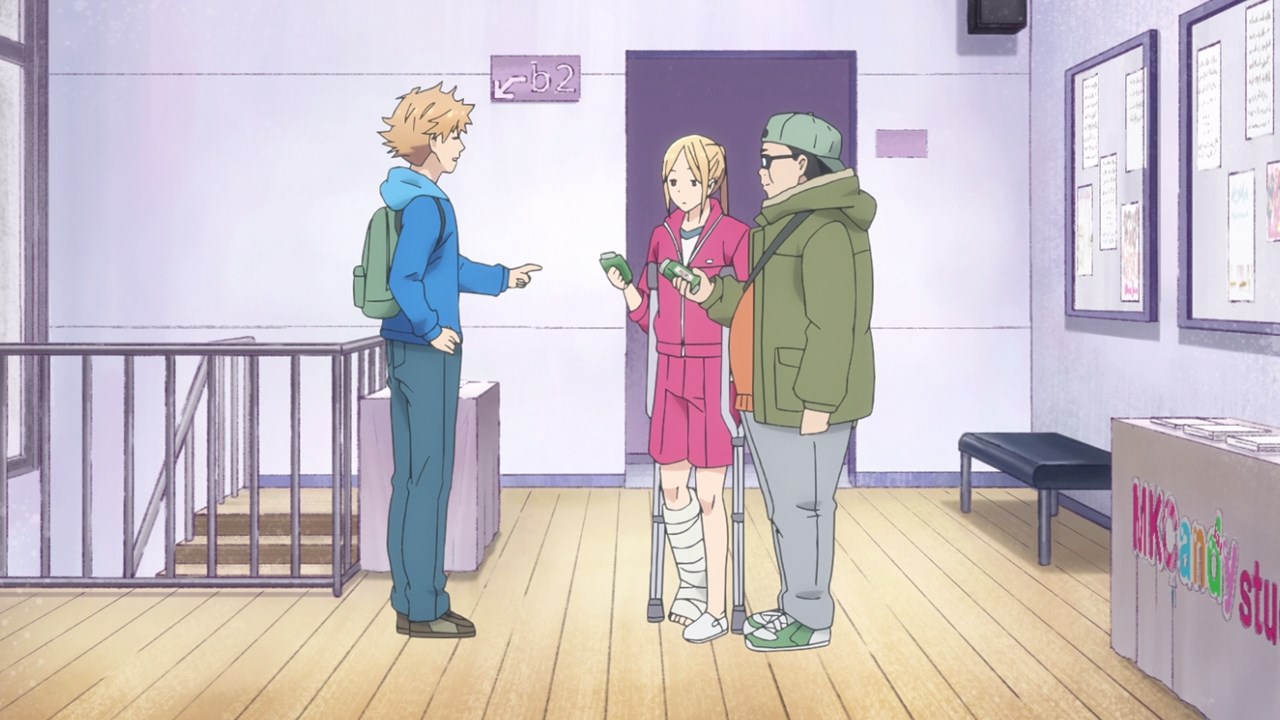 Oh yeah, and Motoi brought some sashimi konjac from his hometown in Wake, Okayama where he loves to have blue-colored things, although the sashimi konjac is colored green instead of blue.

Well then, it’s time to head to the concert and support Cham Jam as usual! 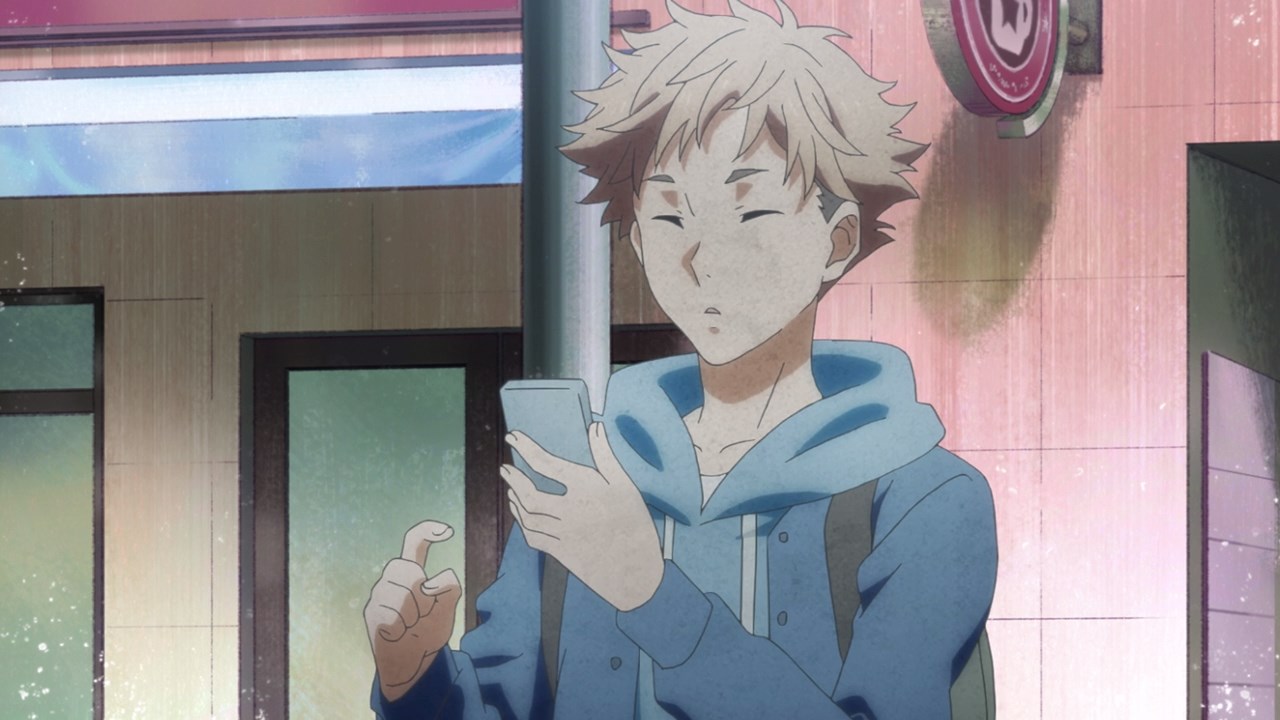 However, it seems that Motoi saw some news on Twitter where Sorane is seen walking with a guy, something that the idol fans would cry in agony because relationship with the opposite sex is forbidden. 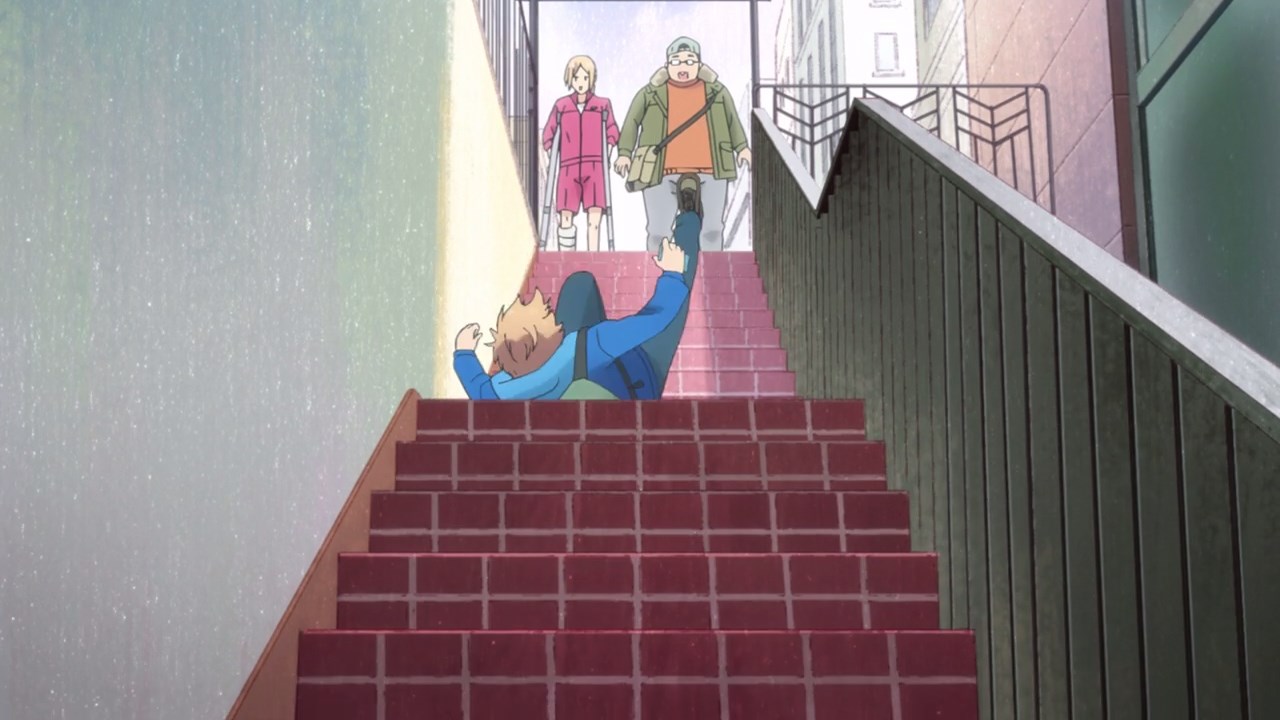 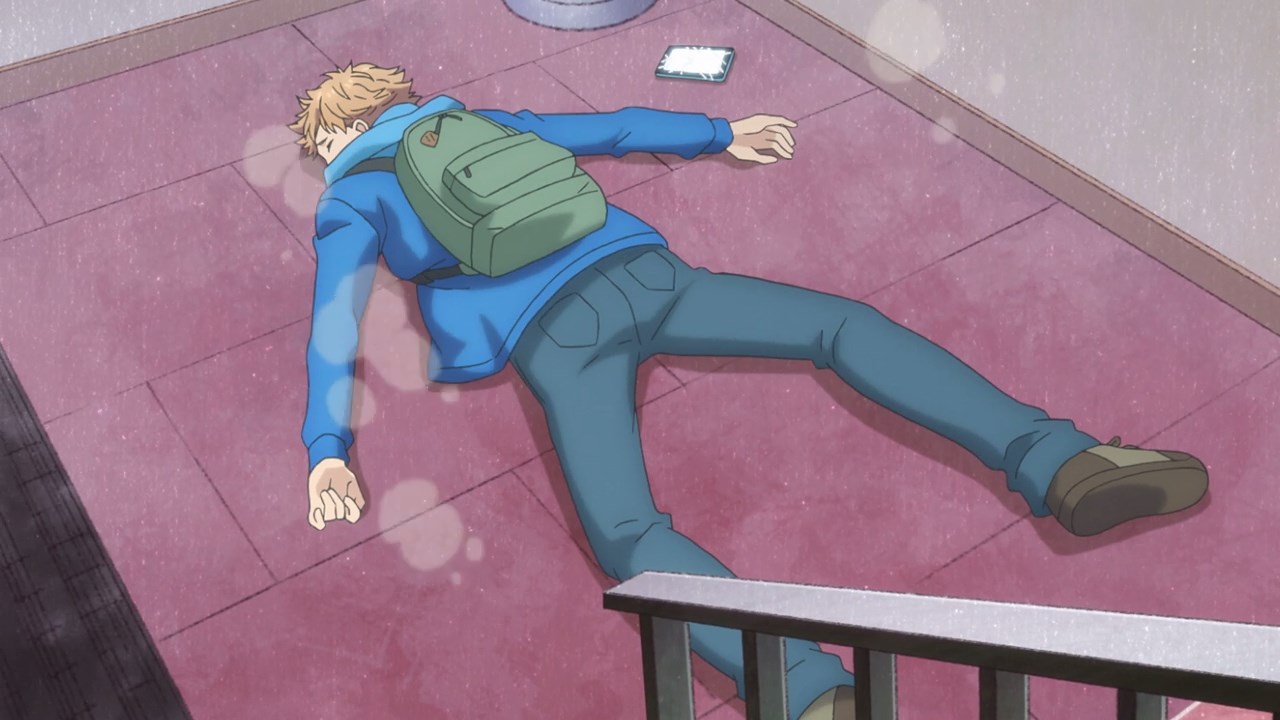 In any case, looks like Motoi died from seeing the shocking news as he falls down to the stairs.

Actually, I think Motoi won’t die just like that upon seeing that seething news as it could be fake, or that it might be a different person rather than Sorane. 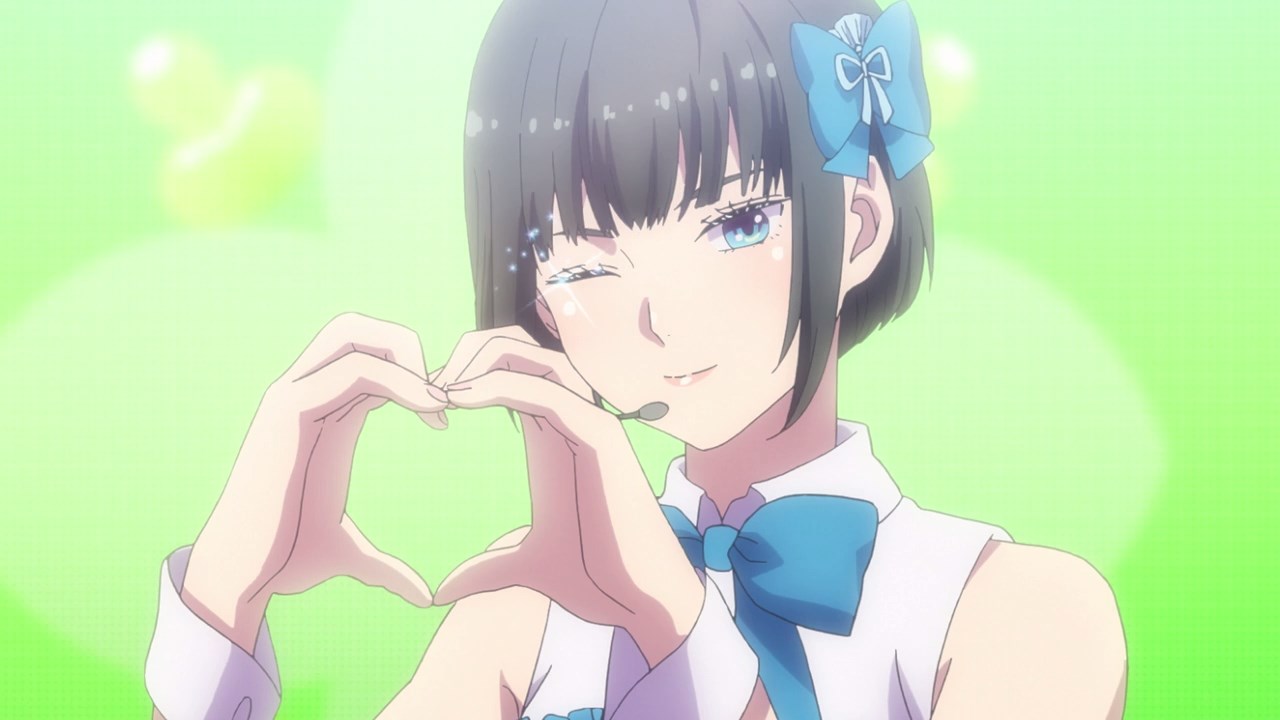 Now then, here’s Sorane Matsuyama where she gives a wink an a heart pose towards Motoi ’cause she wants to notice her number one fan! 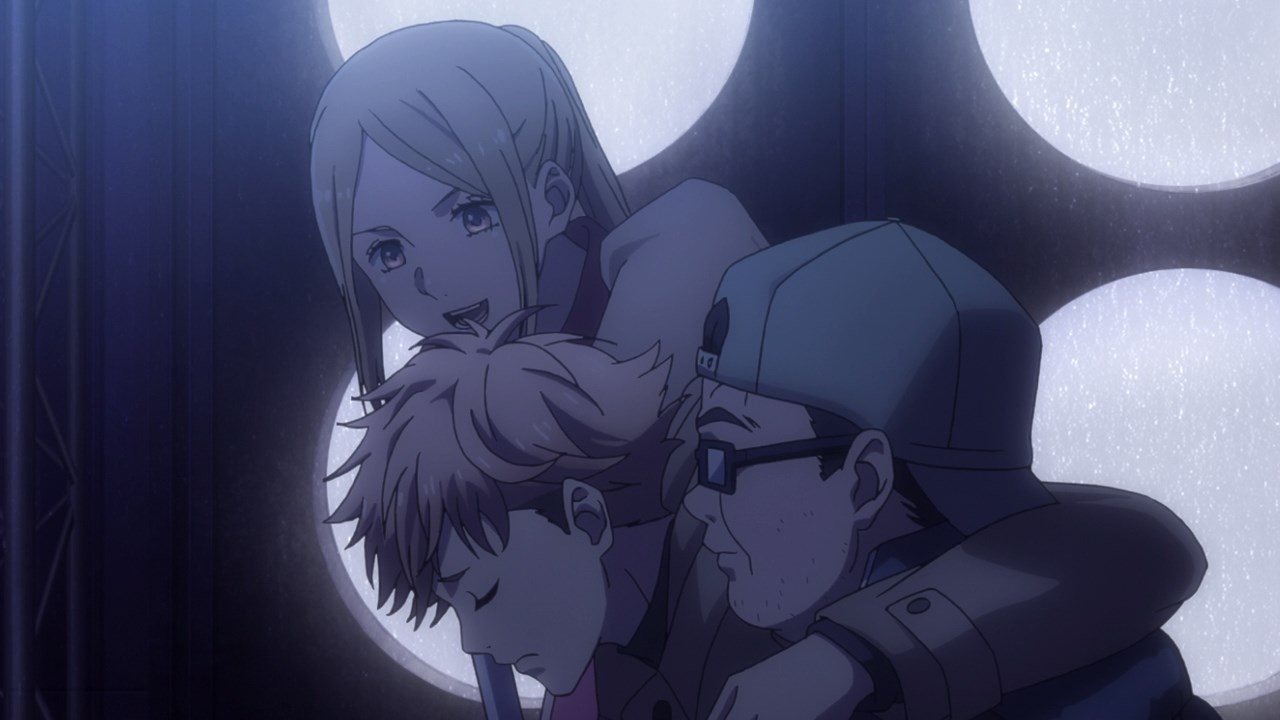 Then again, Motoi is still feeling the pain and suffering that Sorane is walking with a man.

C’mon Motoi, don’t be such a downer as Sorane wants you to notice her. Heck, even Eripiyo and Kumasa told Motoi to look at Sorane! 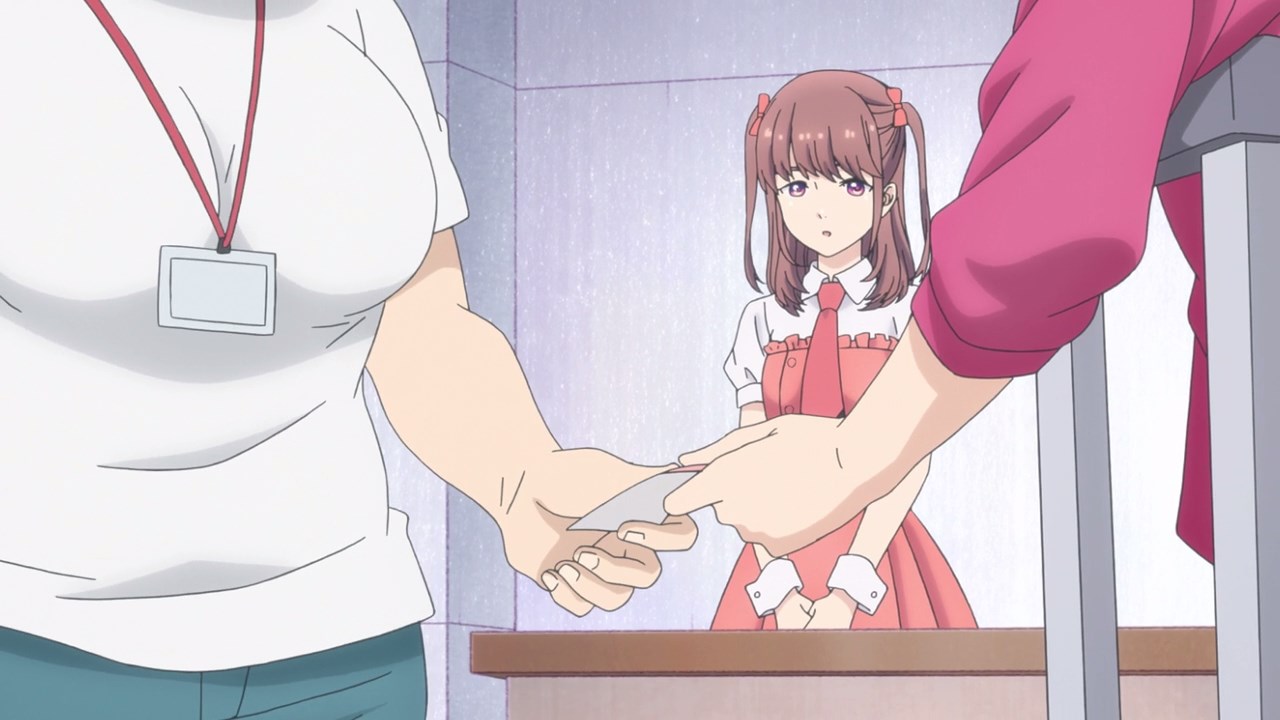 After the concert, it’s time for the usual meet-and-greet session, although Eripiyo can only afford one handshake ticket for her oshi since she’s still recovering from her leg injury. 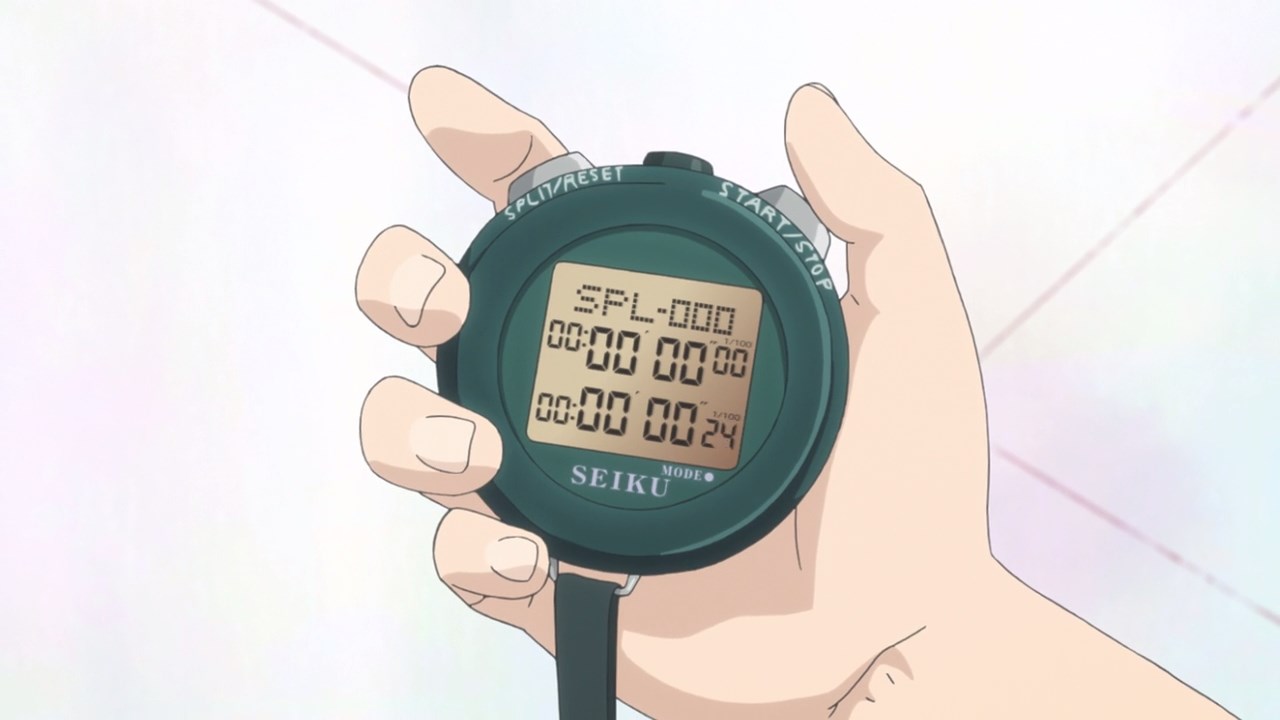 Oh, and she’s limited to 5 seconds so Eripiyo will have to tell something important to Maina Ichii within that time frame. 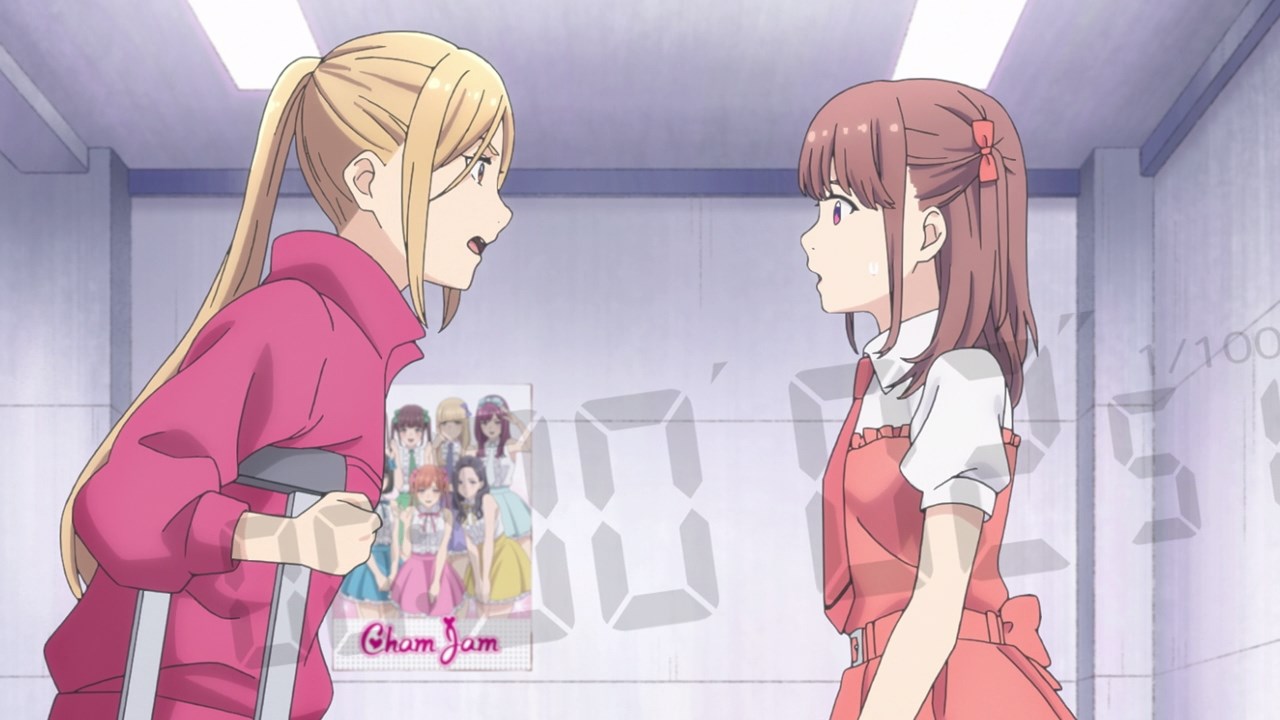 Well, good thing Eripiyo is a fast talker as she tells Maina that she still support her favorite idol no matter what. Let’s hope that Maina would get the message from her biggest fan. 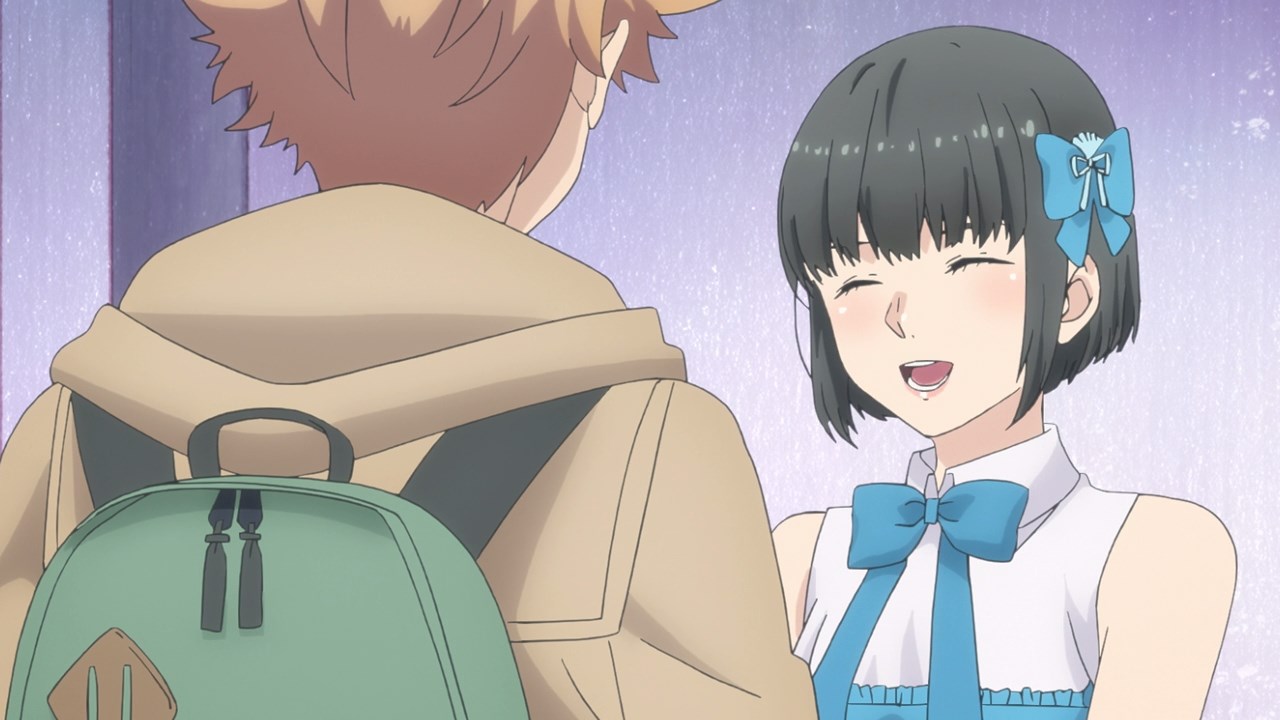 Meanwhile, here’s Sorane where she thanked Motoi for sending her a fan letter. See Motoi, Sorane won’t go with another guy as she’s still pure like an angel! 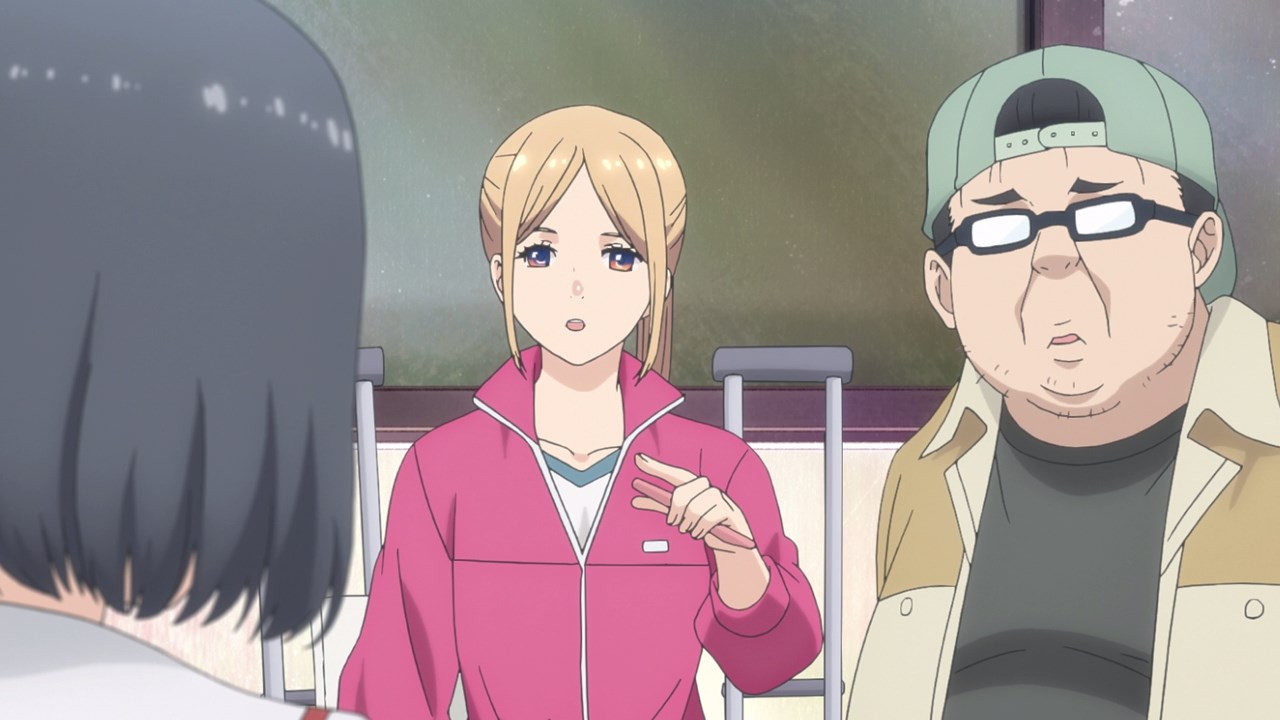 Oh yeah and about that news where Sorane is seen walking with a guy? Well, Eripiyo pointed out that some people saw Motoi’s sister Rena and thought that she was Sorane. 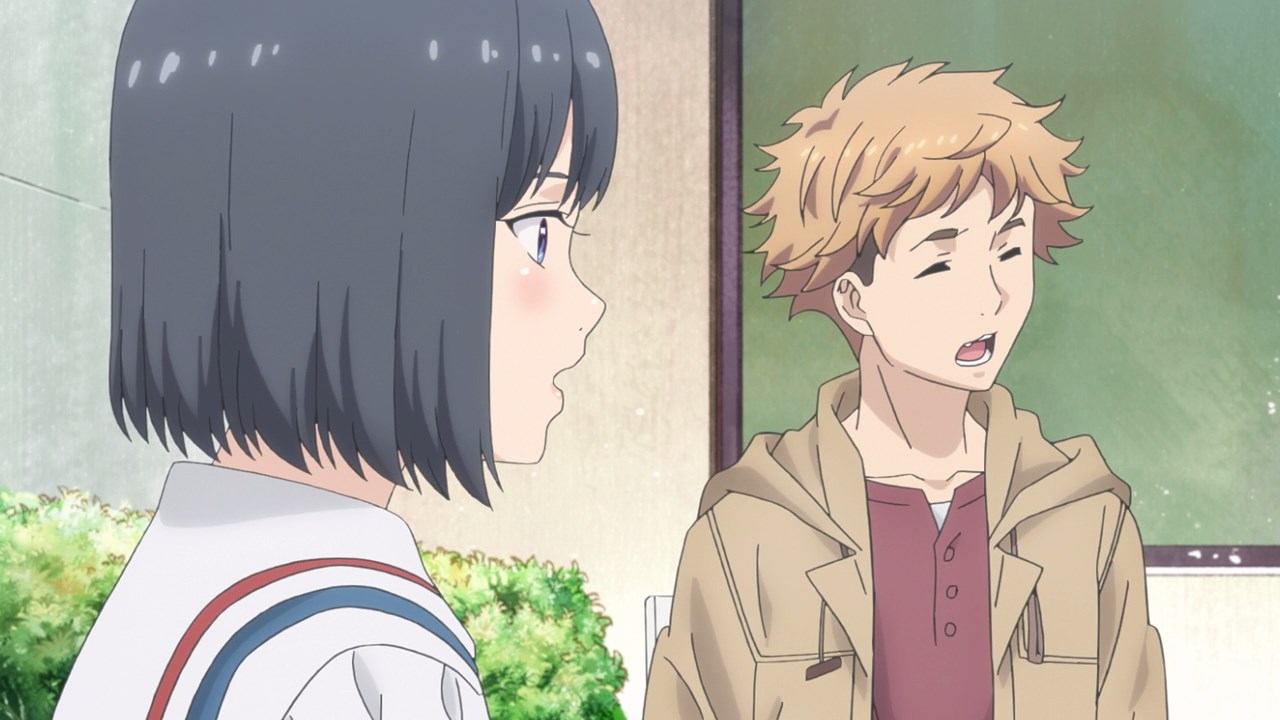 And c’mon, let’s remember that Rena kinda resembles Sorane which is why some people mistook Motoi’s sister for a popular idol in Cham Jam. Oh and you know who’s with Rena? It’s none other than Motoi which is why some fans mistook them for Sorane and a random dude.

Anyways, mystery solved and I have to say that it’s kinda embarrassing for Motoi as he thought that Sorane is dating with a guy. 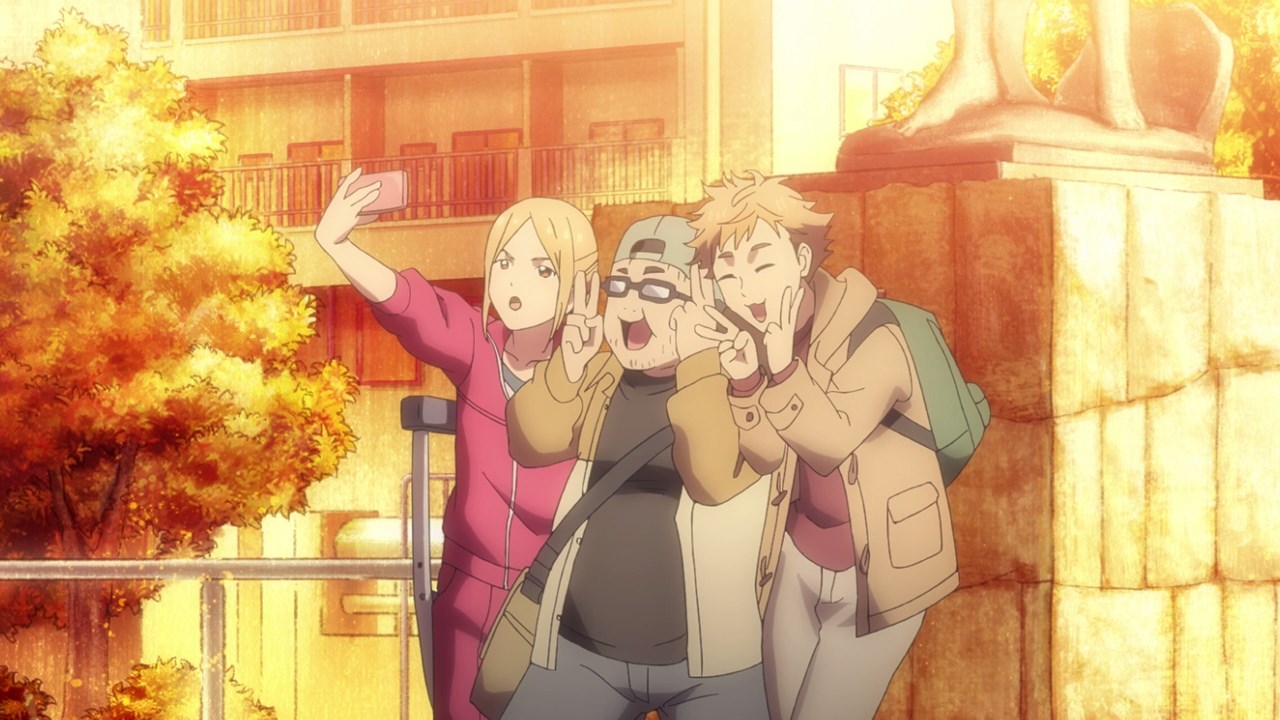 And now, it’s time to end this episode where Eripiyo and her fellow fans are trying to emulate their favorite idols’ selfie pics. Then again, it’s kinda silly to me! 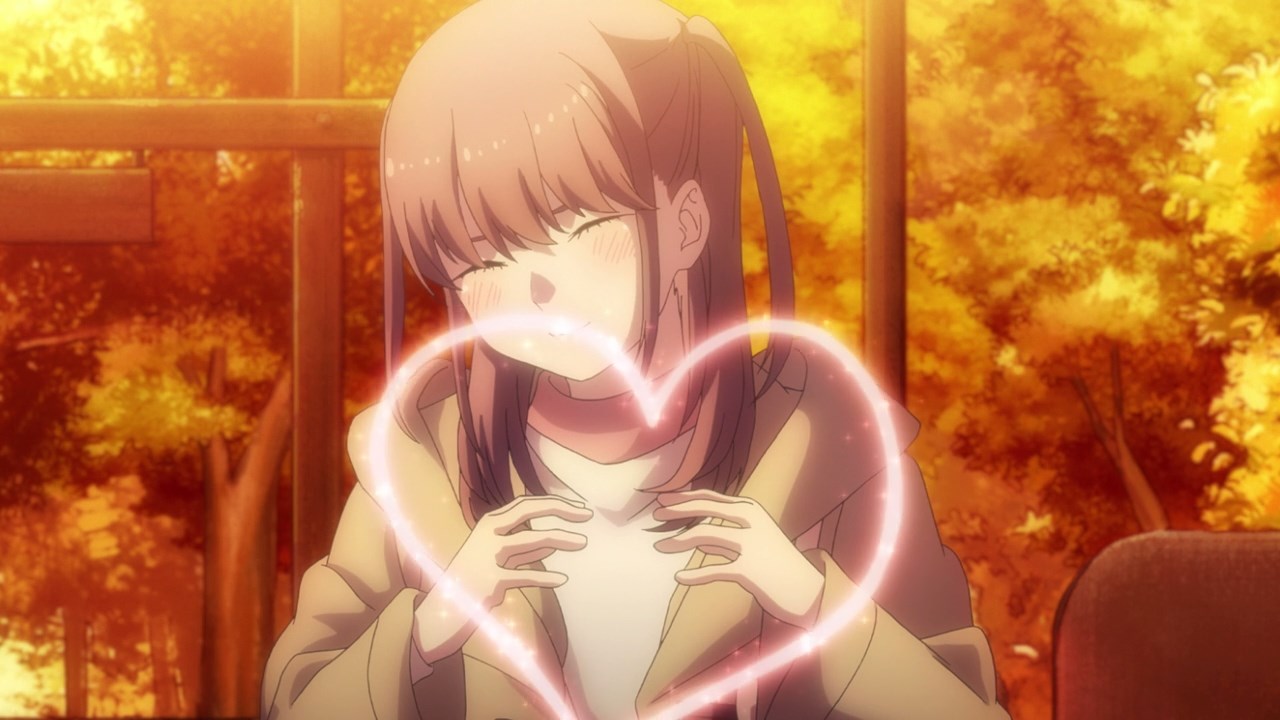 On the other hand, looks like Maina Ichii is here to show what appears to be a heart gesture towards Eripiyo, although it doesn’t look like a heart to me. 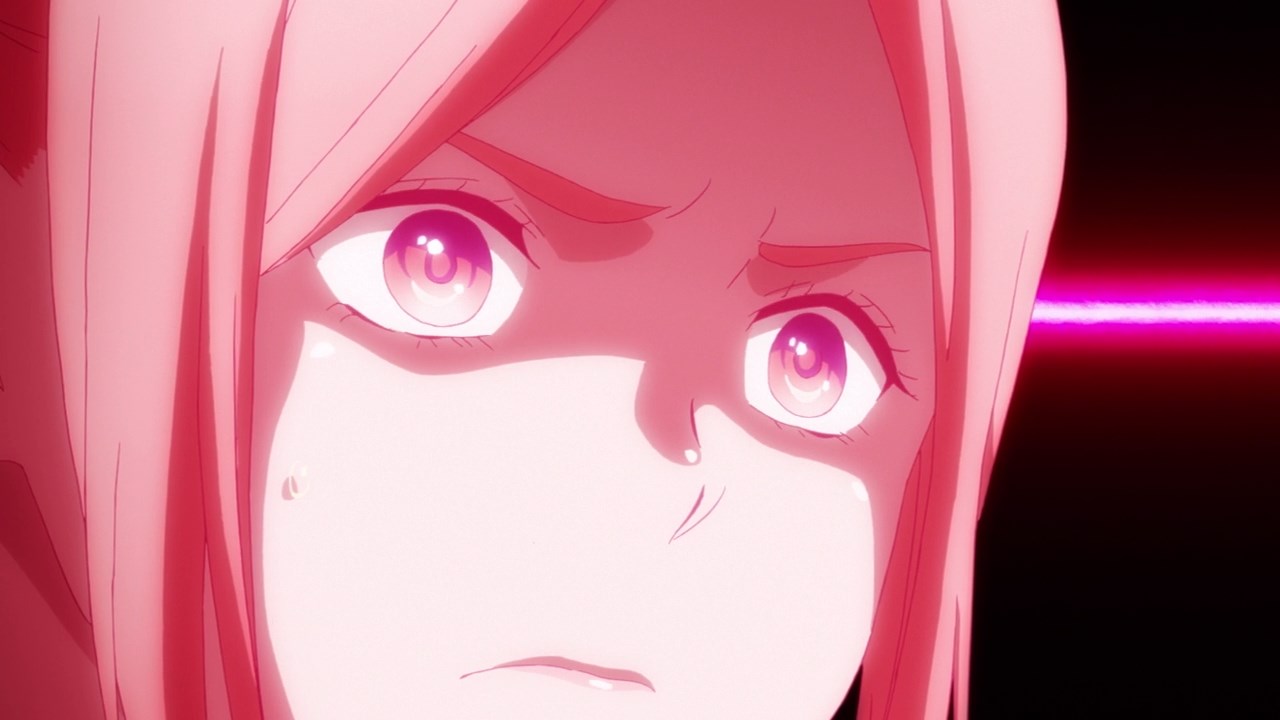 For Eripiyo however, she saw Maina’s heart gesture as some sort of a qigong hand motion where it shoots beams. Well, not really! 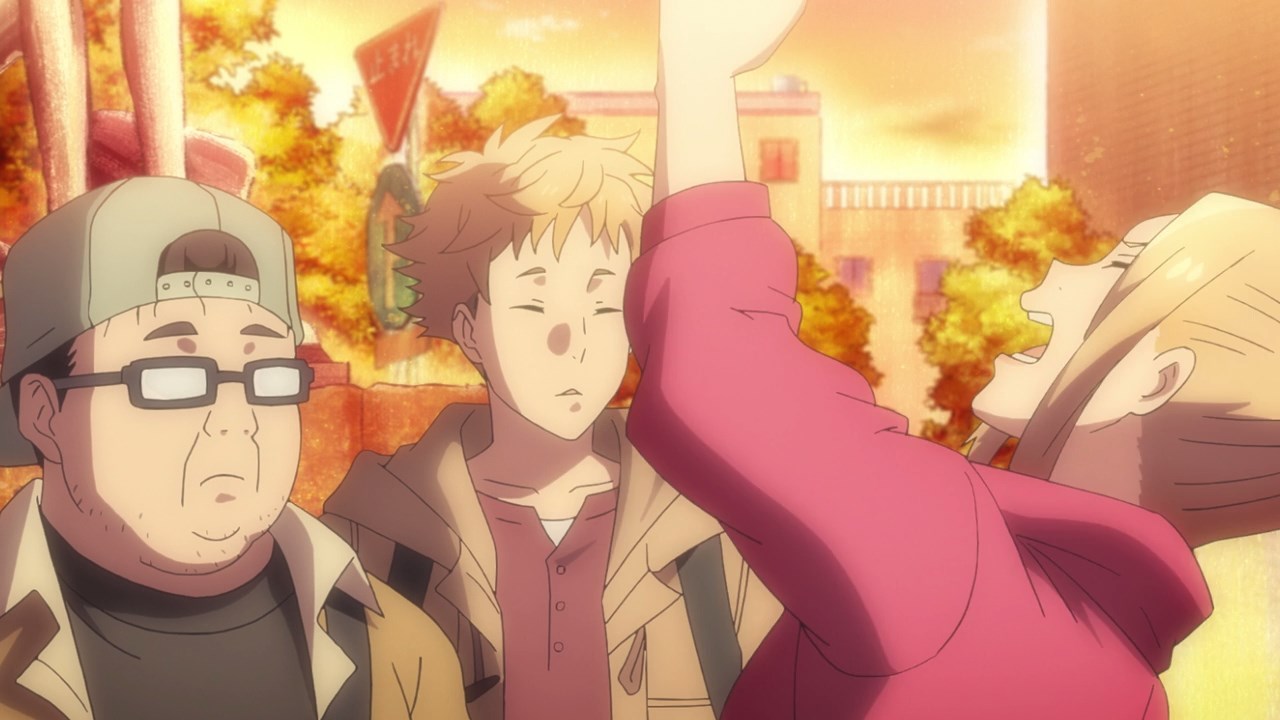 In any case, looks like Eripiyo got hit by Maina’s imaginary beam where she’s going down. Geez Eripiyo, you can’t die yet until Cham Jam performs at the Budokan! 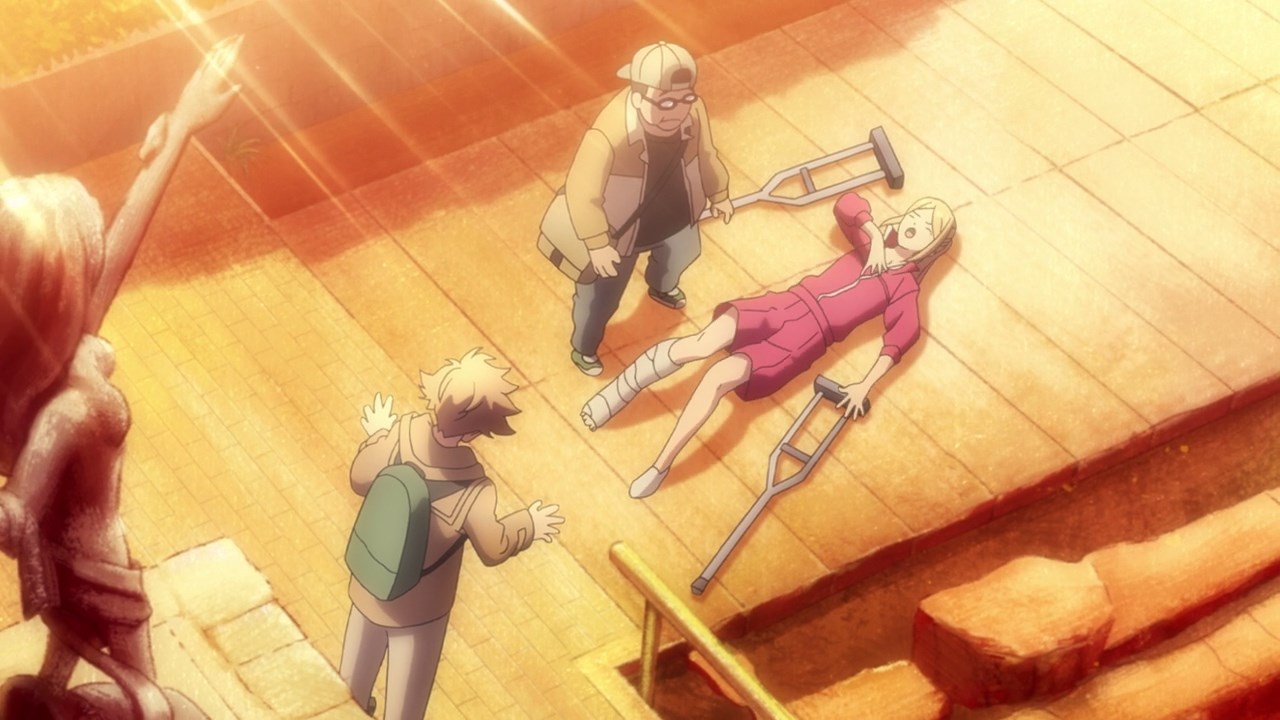 But all’s well that ends well on this episode, although I wish Eripiyo’s legs is fully-healed so that she can return to her part-time job and earn money to buy merchandise for Maina.

Anyways, tune in next time to see which idol takes the spotlight!