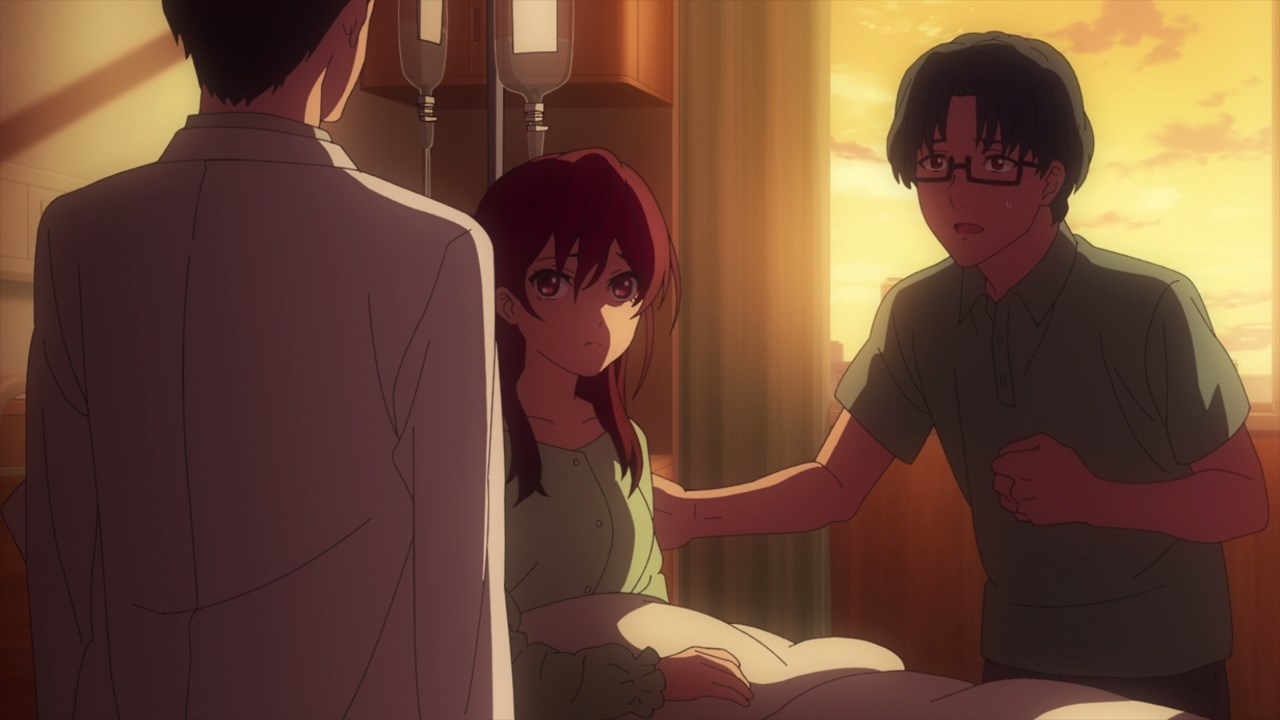 On this episode, we’ll talk about a couple who asked the doctors to save their only daughter from certain death.

Oh yeah, this is the story of Reika Satou who was born with a frail body and there’s a chance that she might not live. Fortunately, Reika survived… 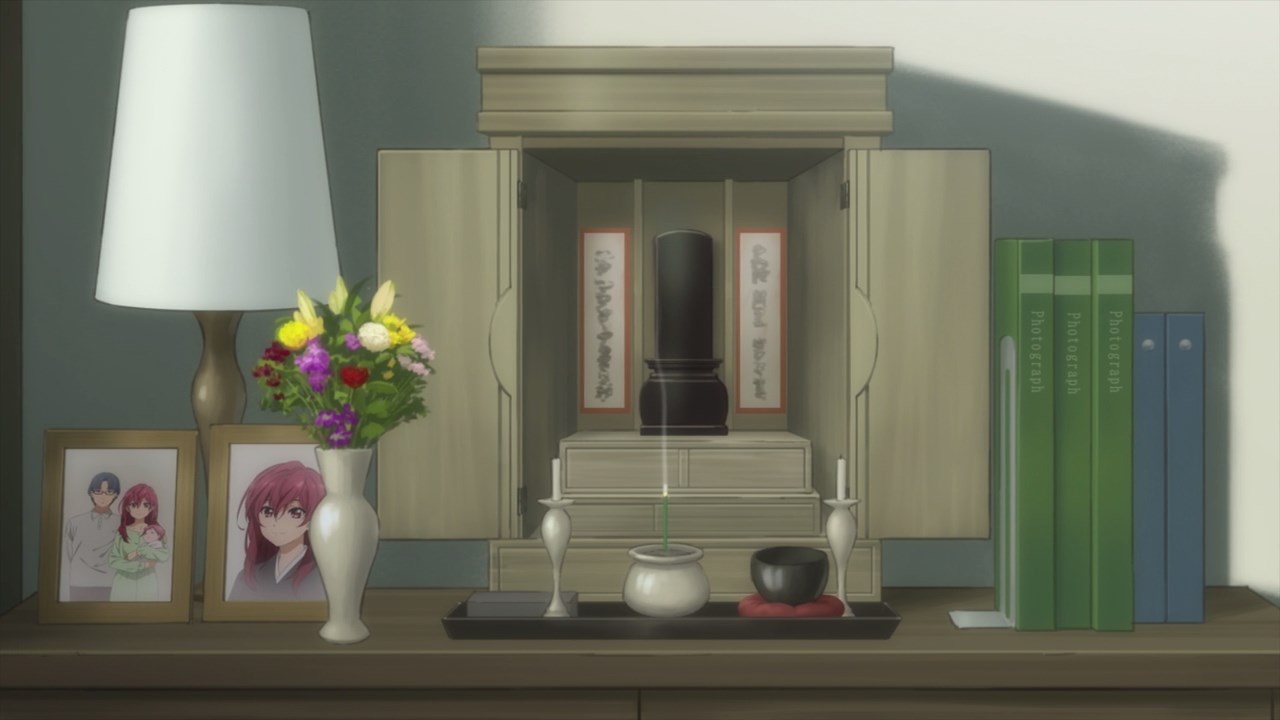 …but her mother passed away soon after, meaning that Reika is living with her father.

In any case, Reika Satou grew up to be a healthy young girl and not to mention being the diligent high school student. 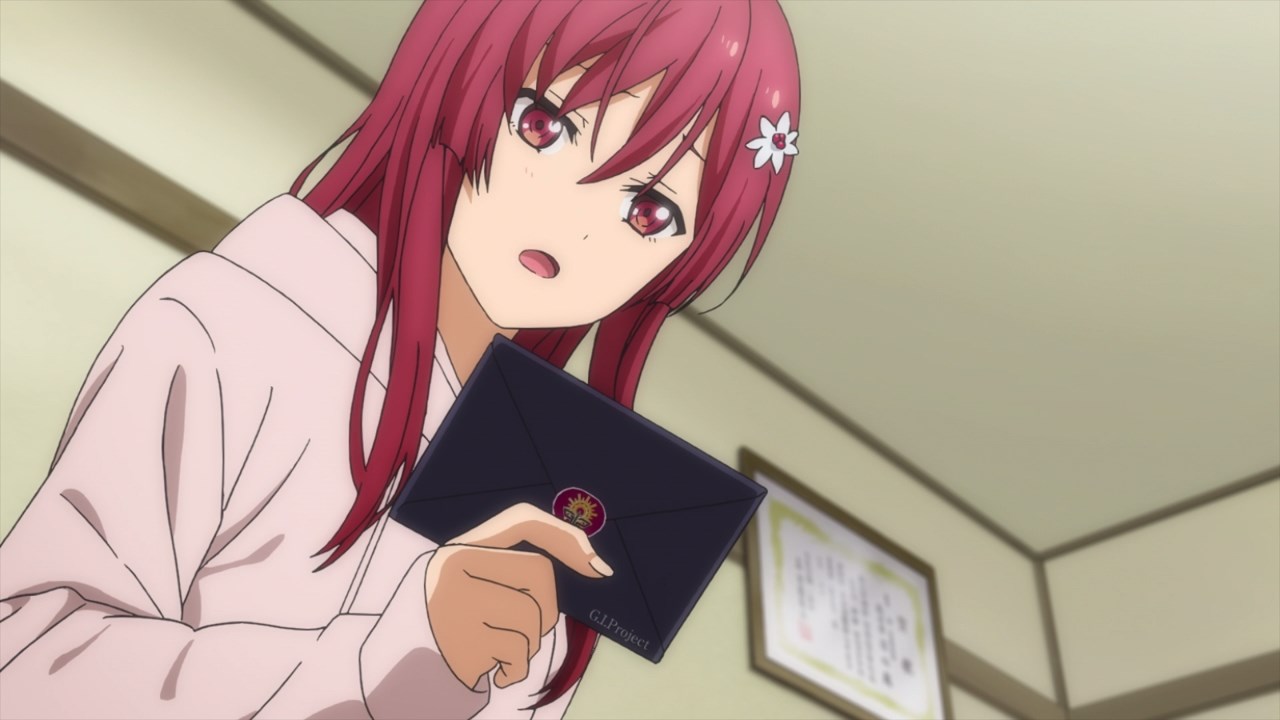 Of course, Reika Satou is having financial troubles with Reika’s father getting a pay cut. Luckily, Production GIP invited Reika to become an idol, which means that she’ll get paid for doing various idol activities. 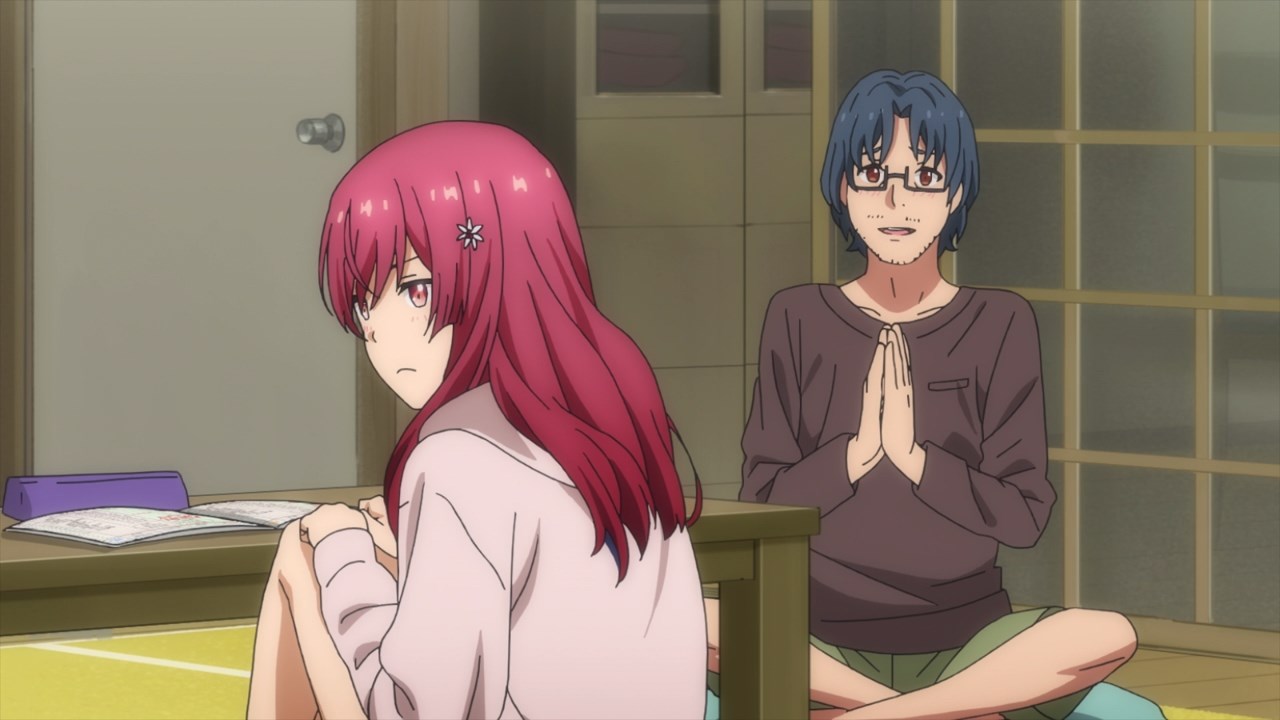 Heck, even her father loved the idea of Reika becoming an idol. With that said, Reika Satou accepted the invitation because she’s doing it to support her family. 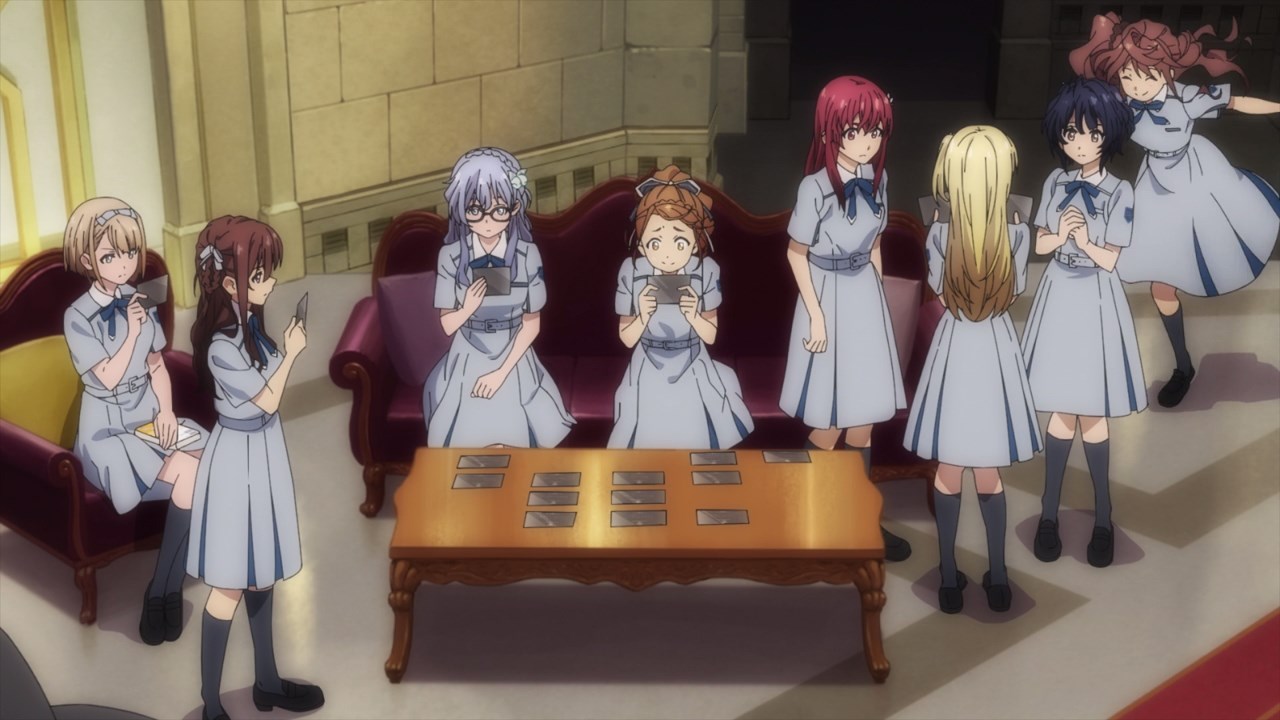 Now let’s move onto the present where The Wall issued 20 orders, meaning that The Wall didn’t glitch up. I mean, what could possibly go wrong if The Wall issued 100 orders or even more that it’ll flood the entire room. 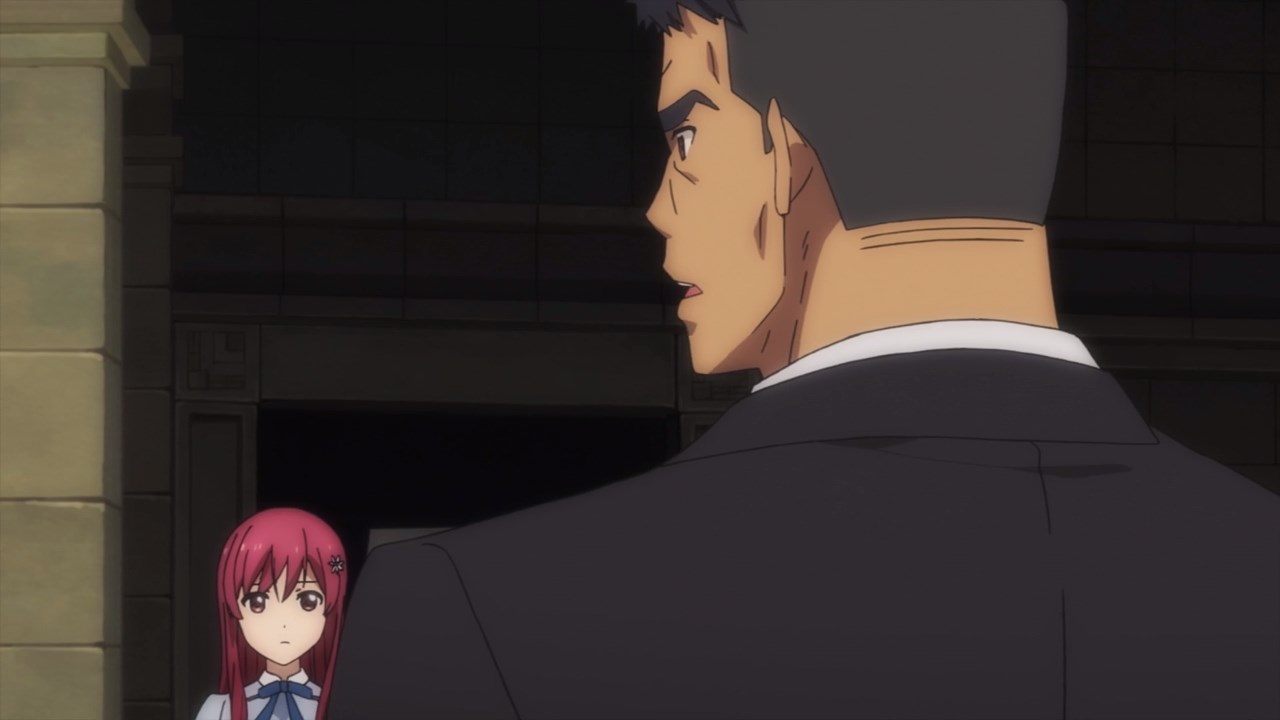 Speaking of orders, Aoi Gouda told everyone that there’s a special order that The Wall has made specifically for Reika Satou. 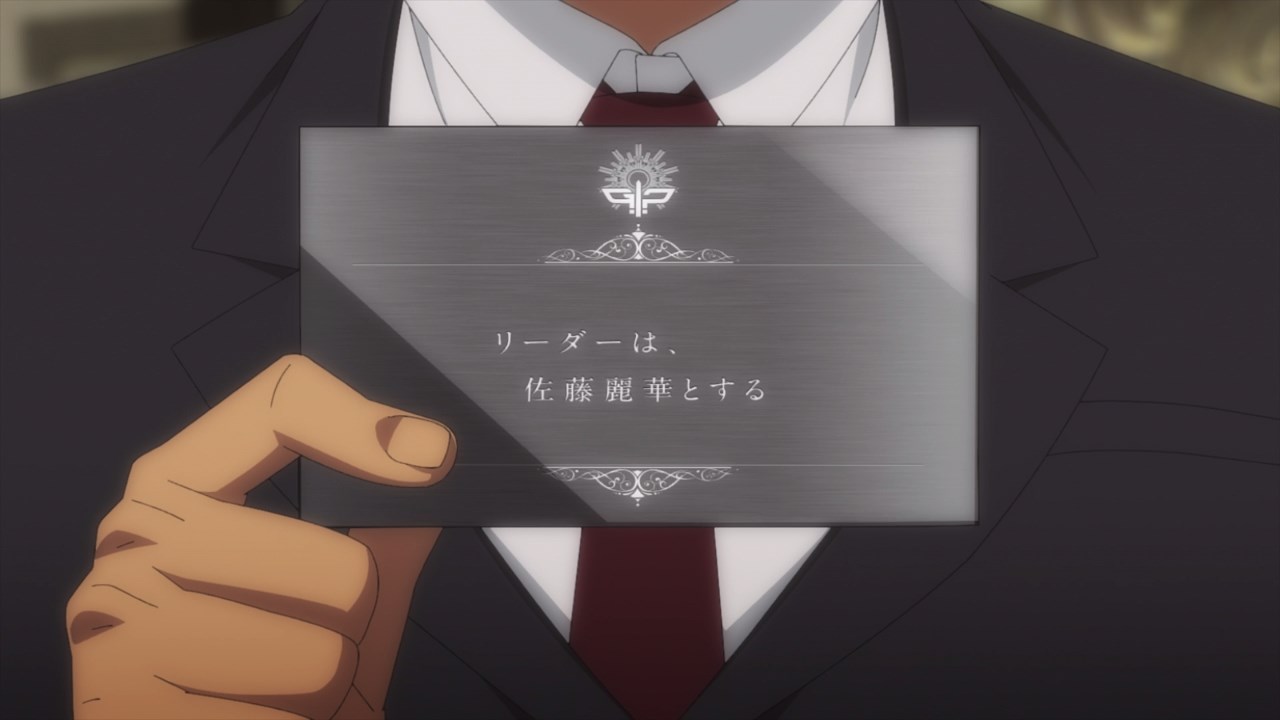 You see, she’s gonna become the leader of 22/7. I mean, she’s the honor student after all. 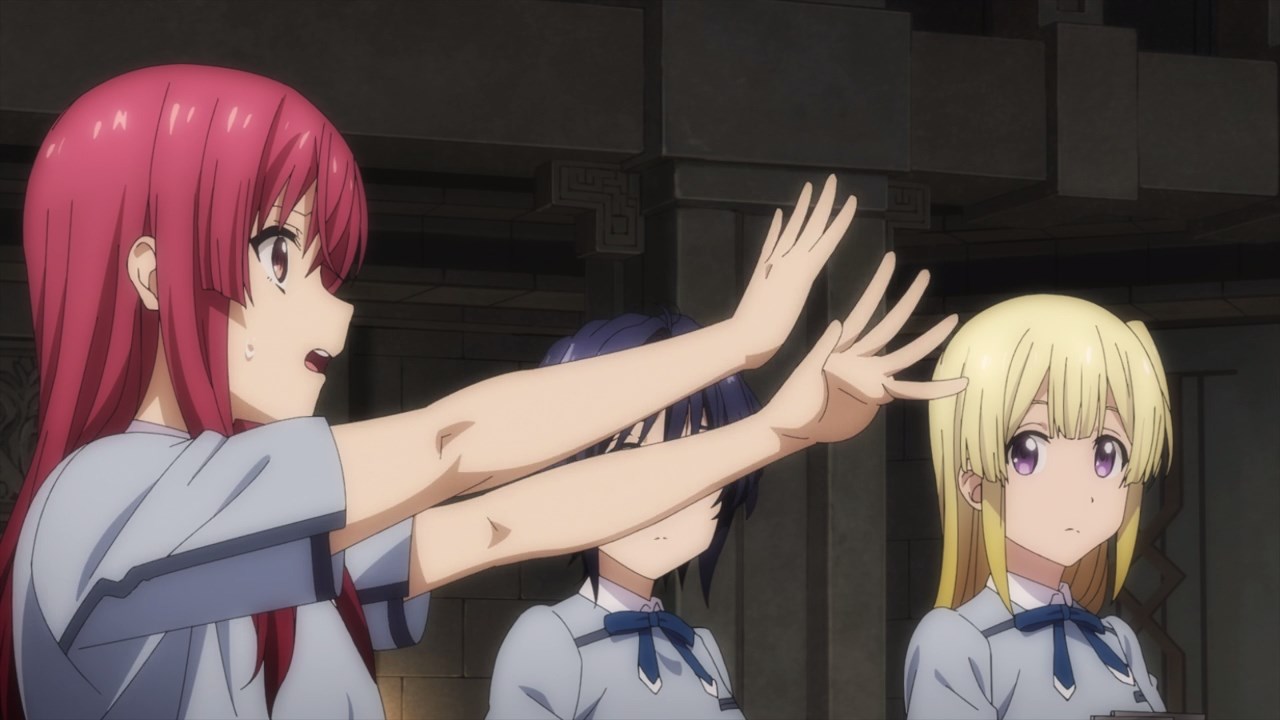 However, Reika refused to take the leader role as she suggested to give it to Nicole Saitou instead, but let’s not forget that The Wall’s orders are absolute so Satou has no choice but to follow it. 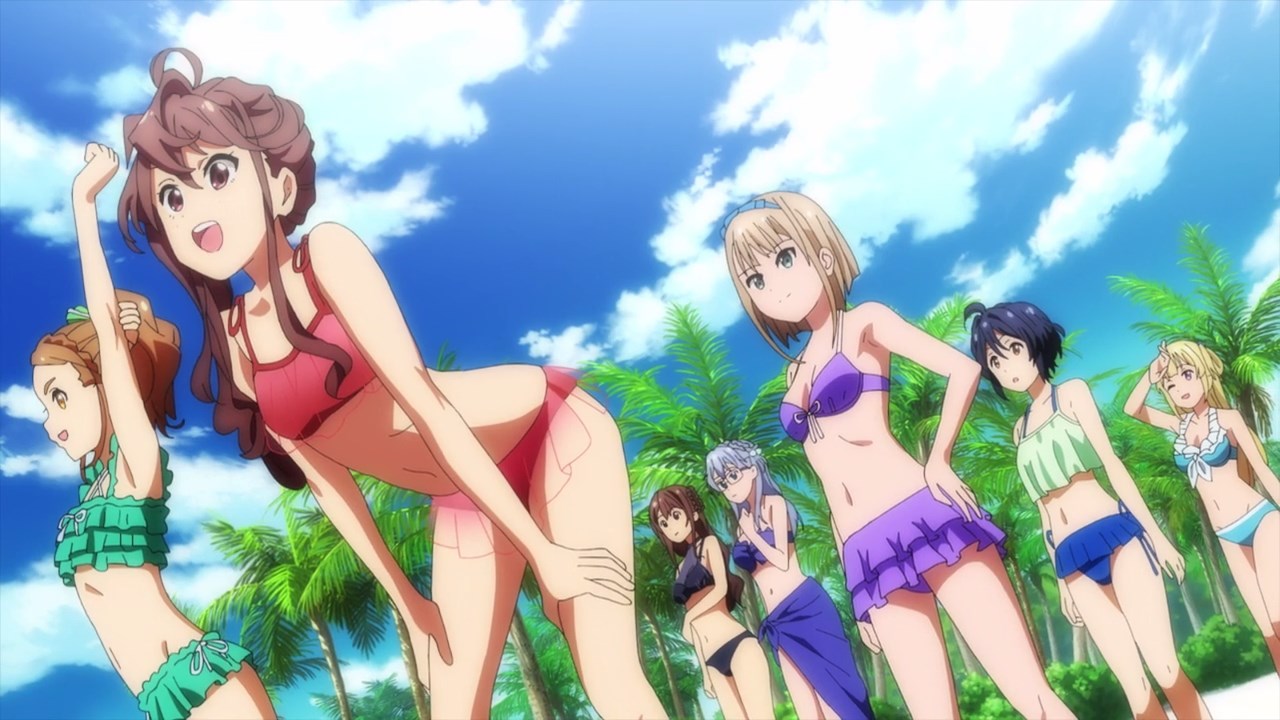 Now then, let’s move onto the next scene where Nanabun no Nijyuuni are in Okinawa for a gravure photoshoot.

While everyone has some nice curves, I wonder where is Reika Satou? 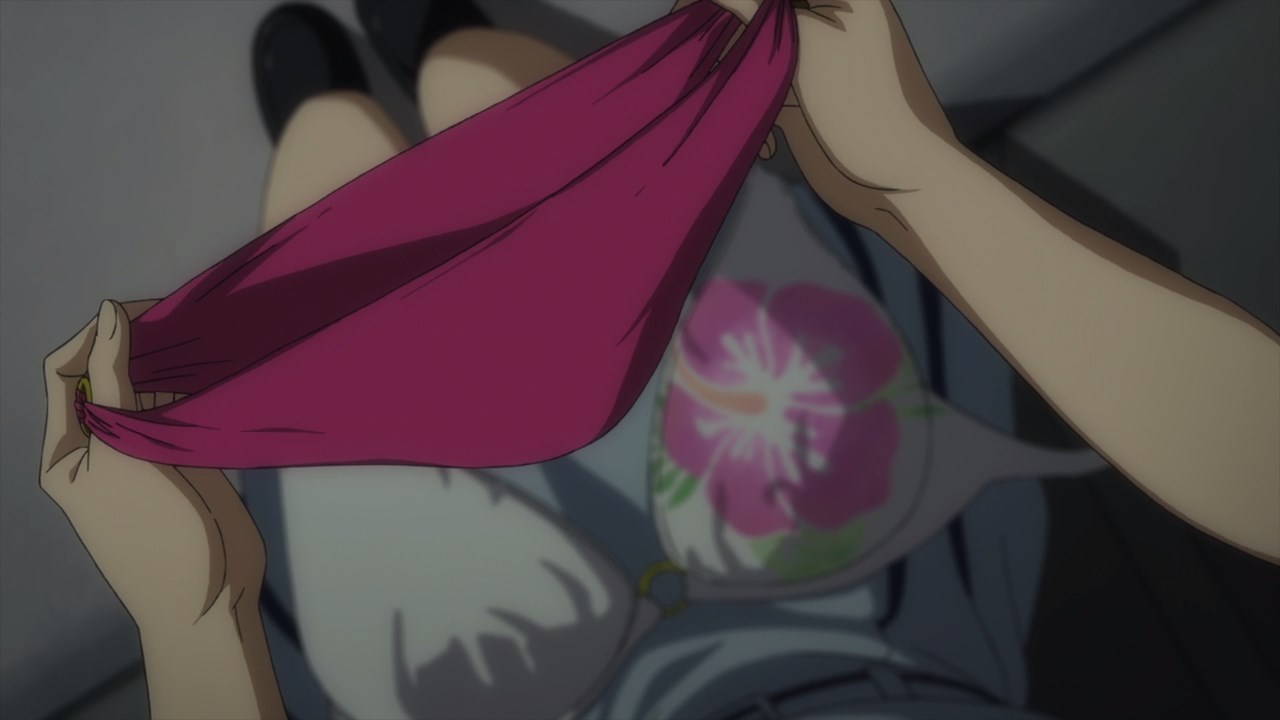 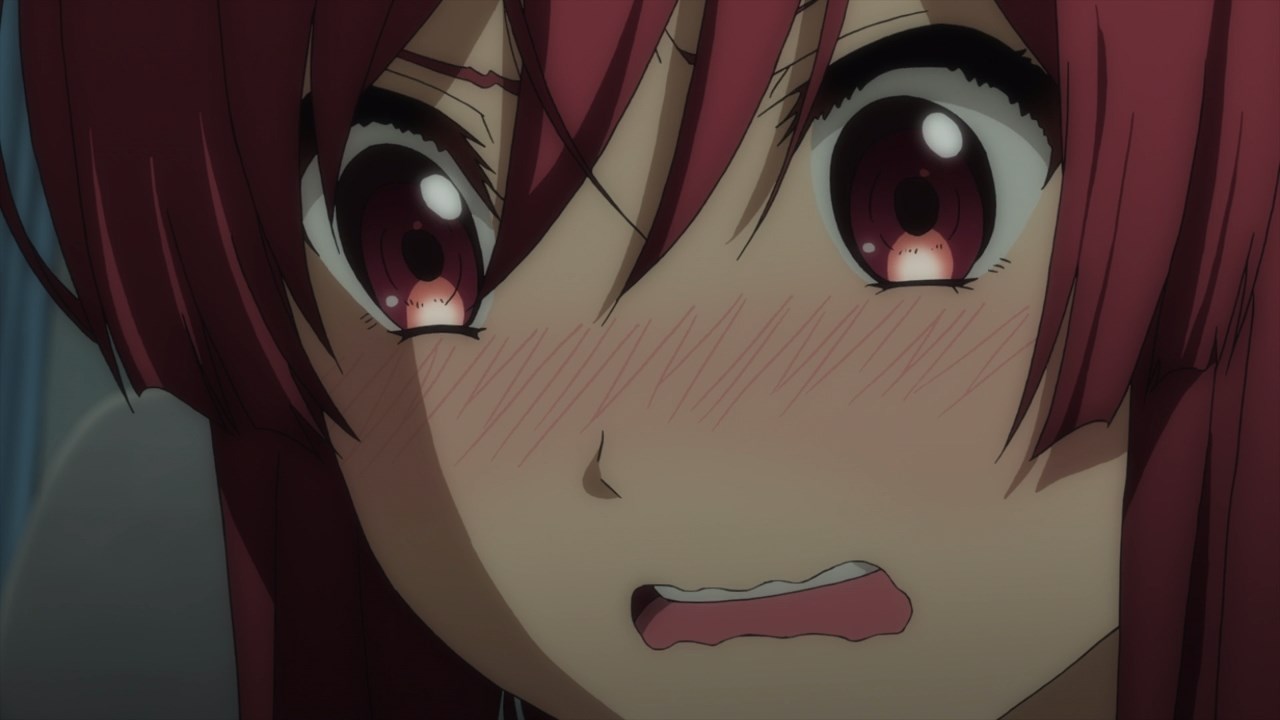 Oh, she stayed at the bus where Reika is flustered that she has to wear a two-piece swimsuit.

For Reika Satou, wearing a bikini is too lewd but this is the idol industry where they have to show their bodies to rabid fans! 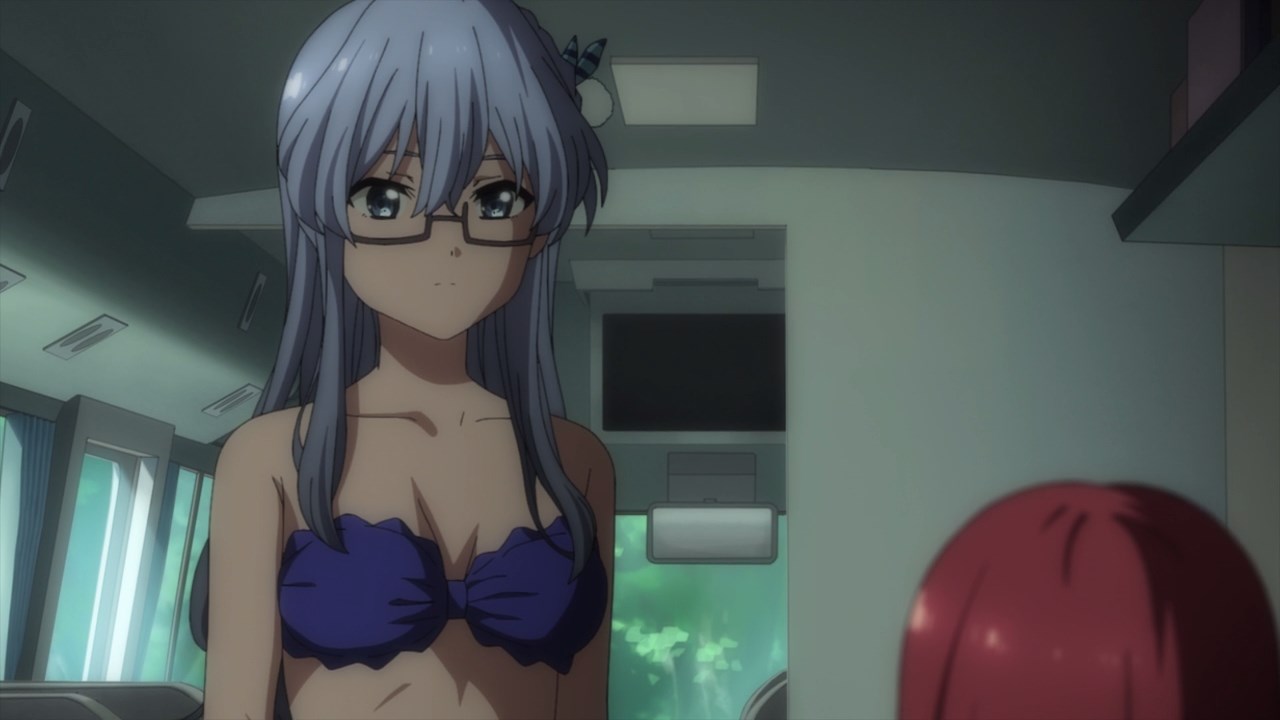 On the other hand, here’s Akane Maruyama where she told Reika Satou that if she didn’t appear in her swimsuit, the photoshoot will be cancelled and it would put Nanabun no Nijyuuni’s future in doubt.

Of course, Reika refused to wear a bikini since it’s embarrassing to do so. Well, looks like resolving this situation will be difficult.

You know what, Akane had an idea as she pulled something from her bikini top. Hmm, I wonder what she’s hiding under there? 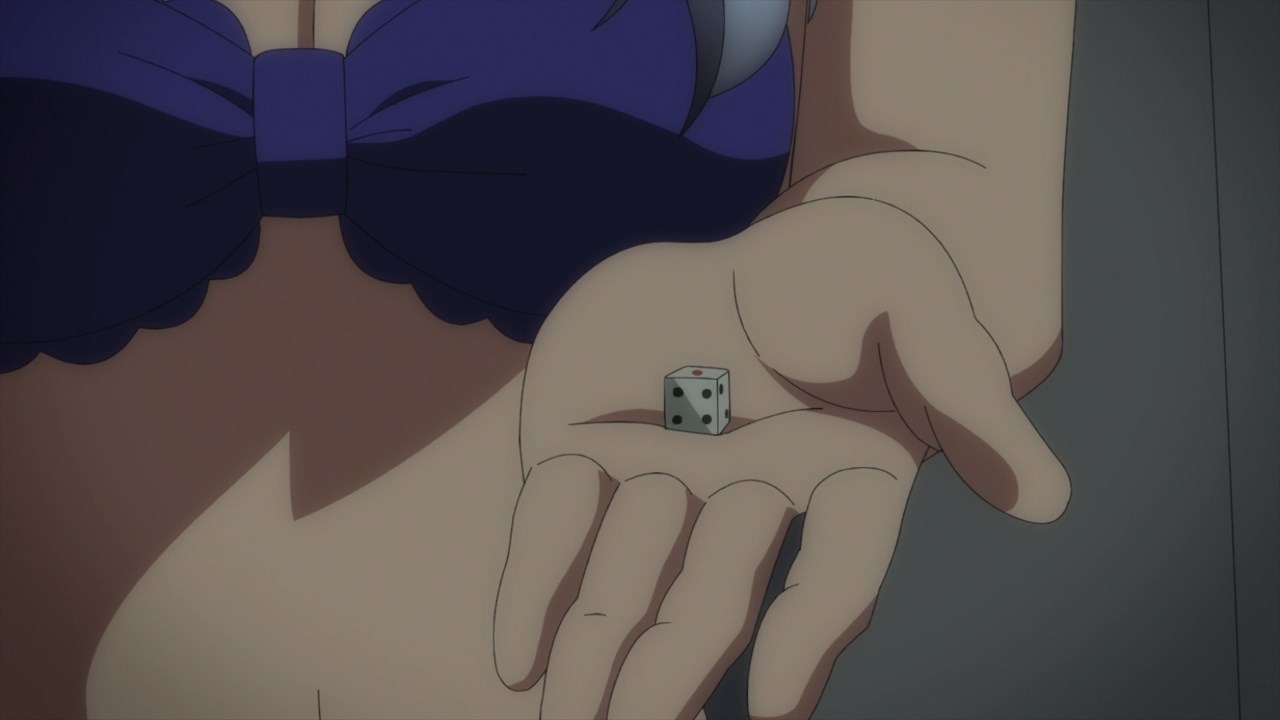 Turns out, it’s a dice as Akane Maruyama told Reika Satou to roll it to determine if she’ll wear a swimsuit or not.

If it’s odds, Reika will wear the bikini. But if it’s even, she will not wear it and thus the photoshoot is cancelled. 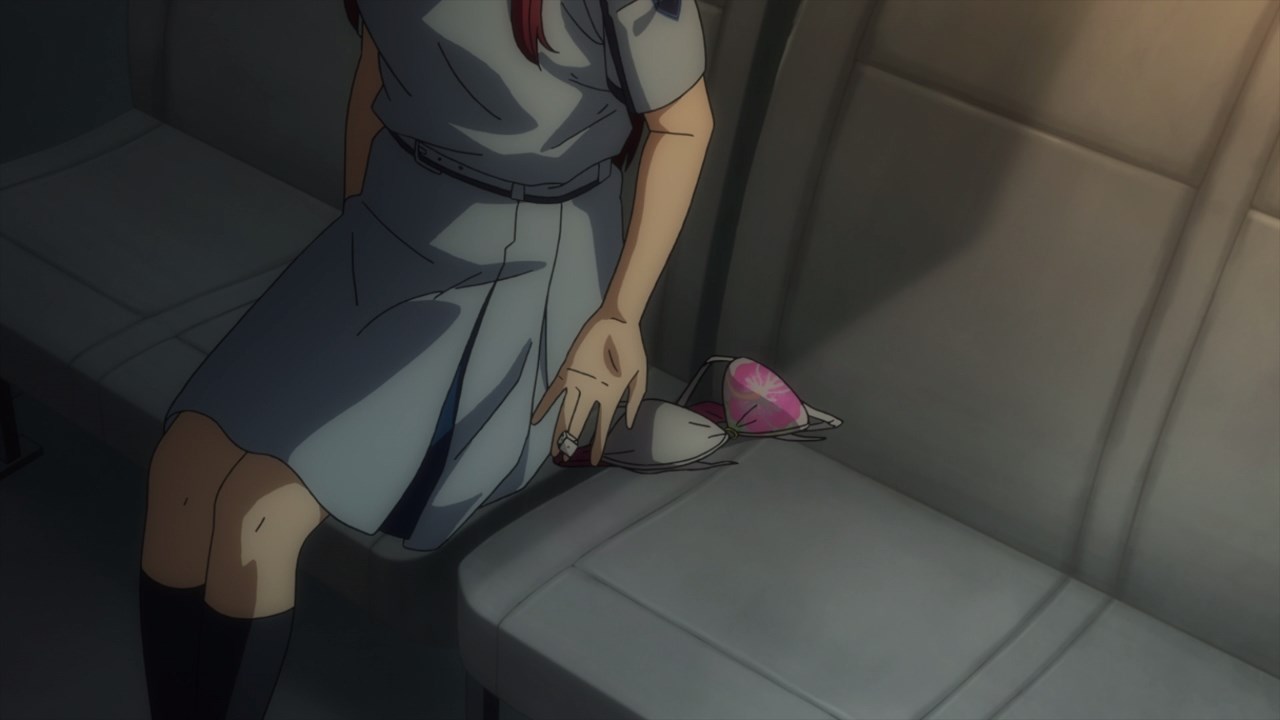 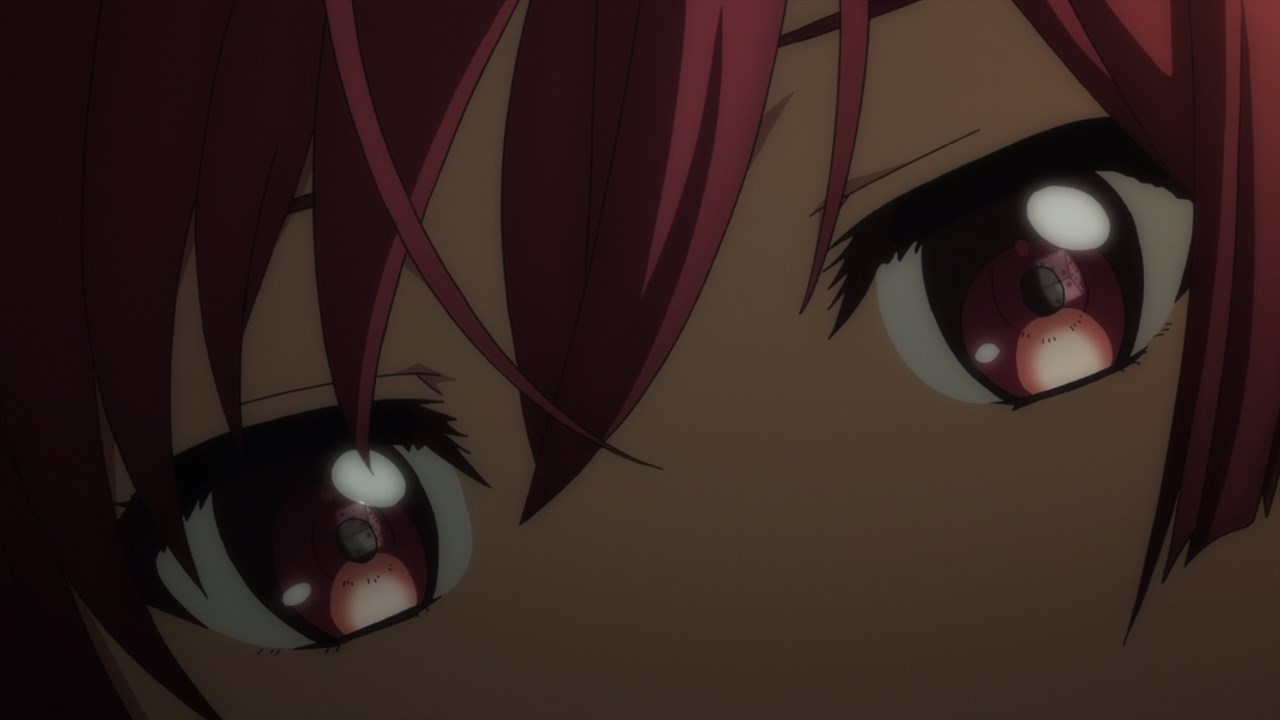 With that said, Reika Satou rolls the dice but time is running out as the sun is setting in Okinawa. 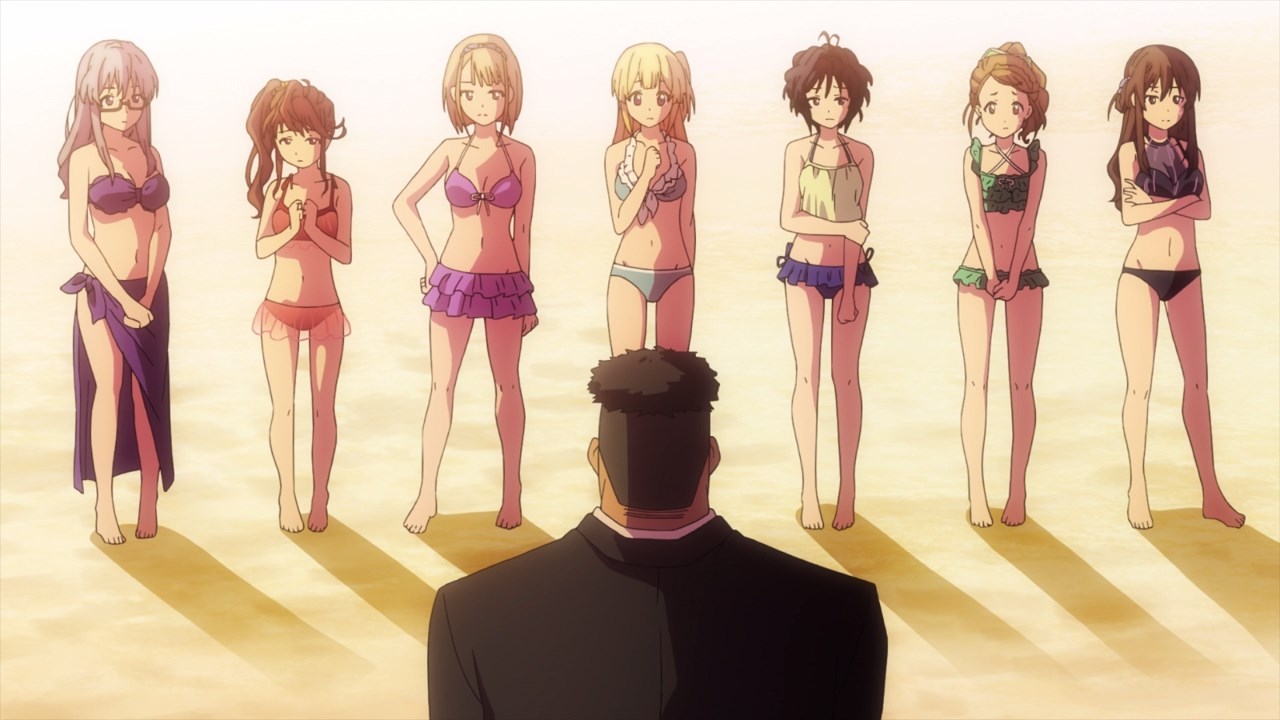 Oh yeah, and if Reika can’t make a decision right away before sundown, it’s gonna get cancelled anyway. In any case, 22/7 will have to wait for Reika’s decision. 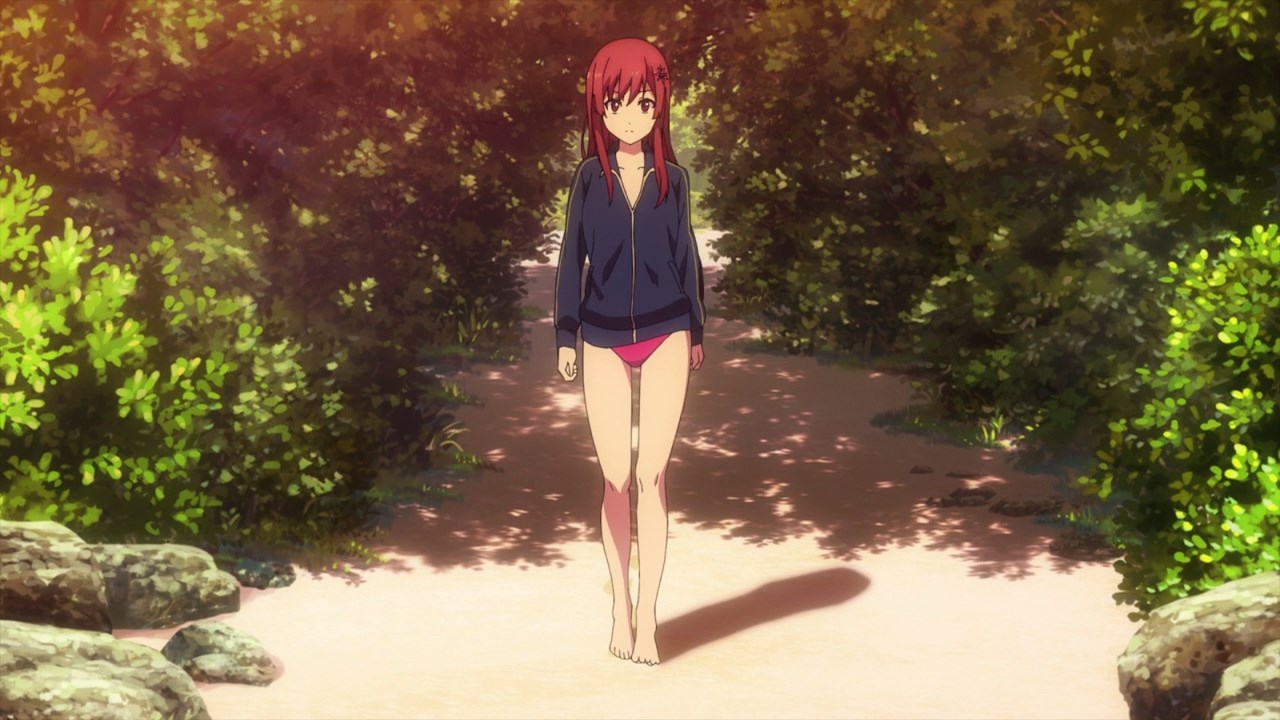 On second thought, Reika Satou decides to wear a bikini anyway, but she covered herself in her jacket. 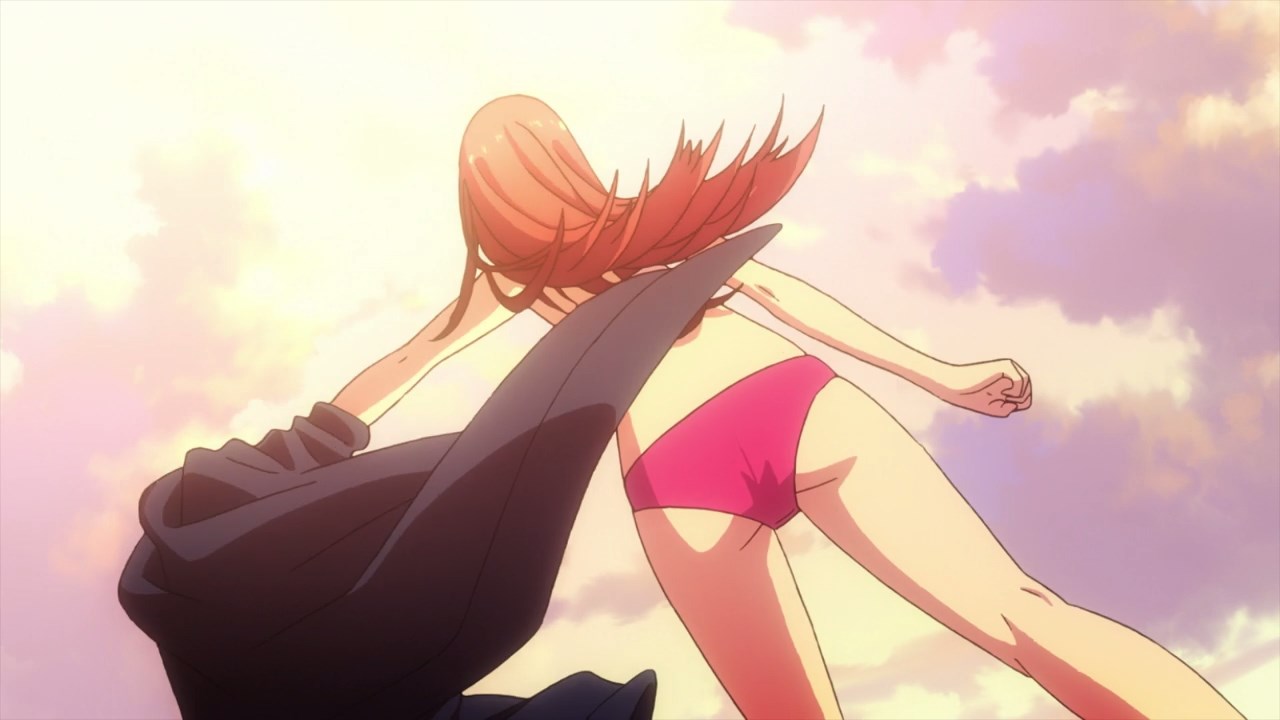 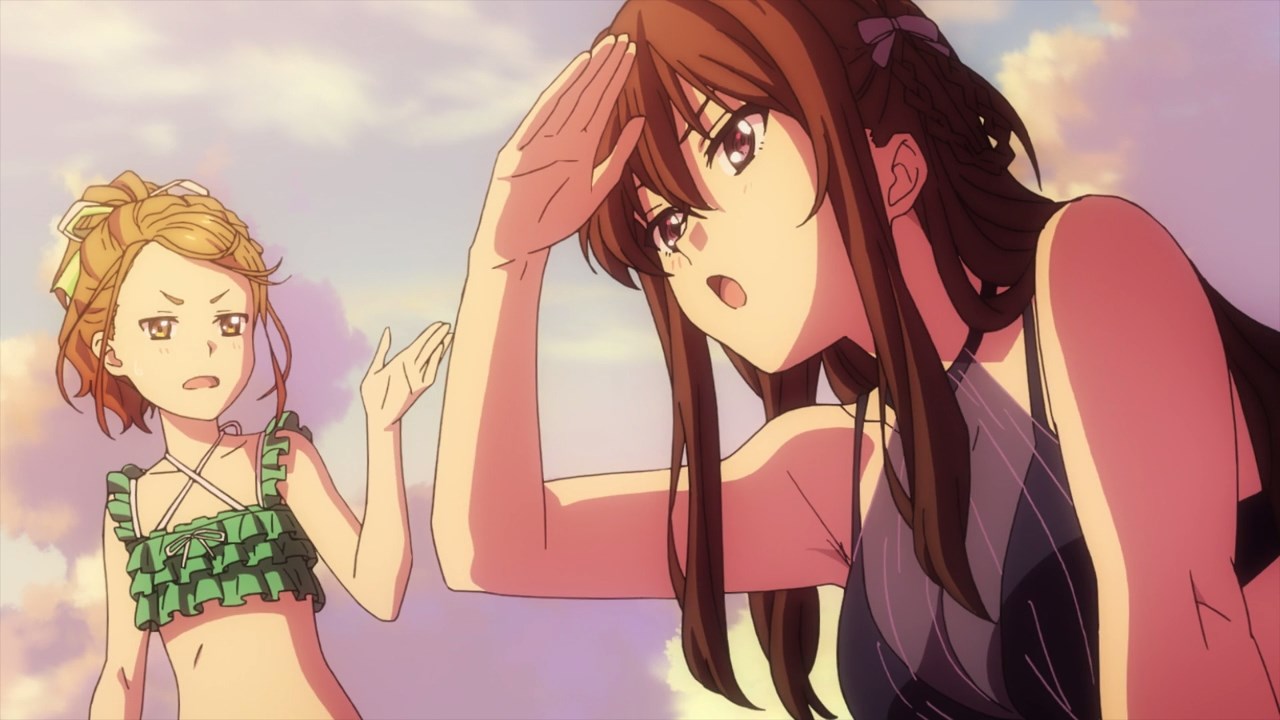 Fortunately, Reika removed her jacket in which Miyako Kouno and Ayaka Tachikawa are surprised to see their leader wearing a swimsuit. 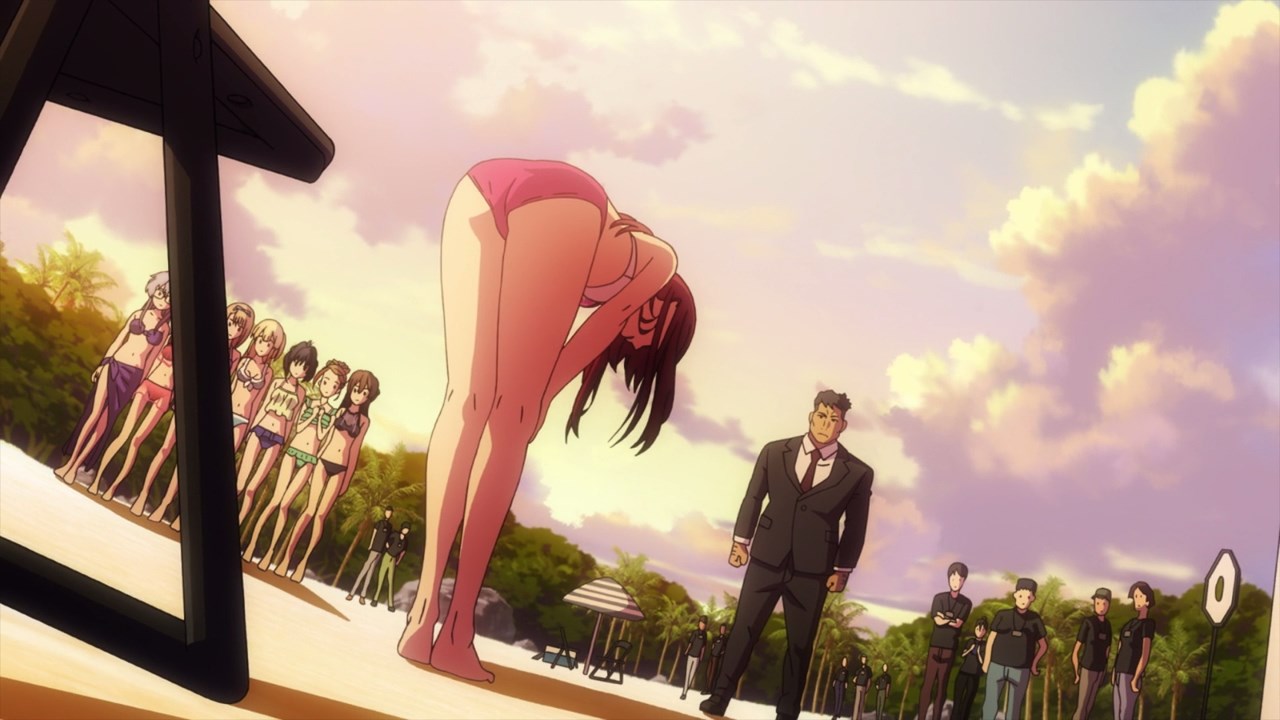 Of course, Reika Satou apologized to Aoi Gouda and the rest of 22/7 for causing much trouble and not wearing the swimsuit right away.

But you know what, there’s still much time for the photoshoot and thus Reika will have to join the rest of the girls to finish it. 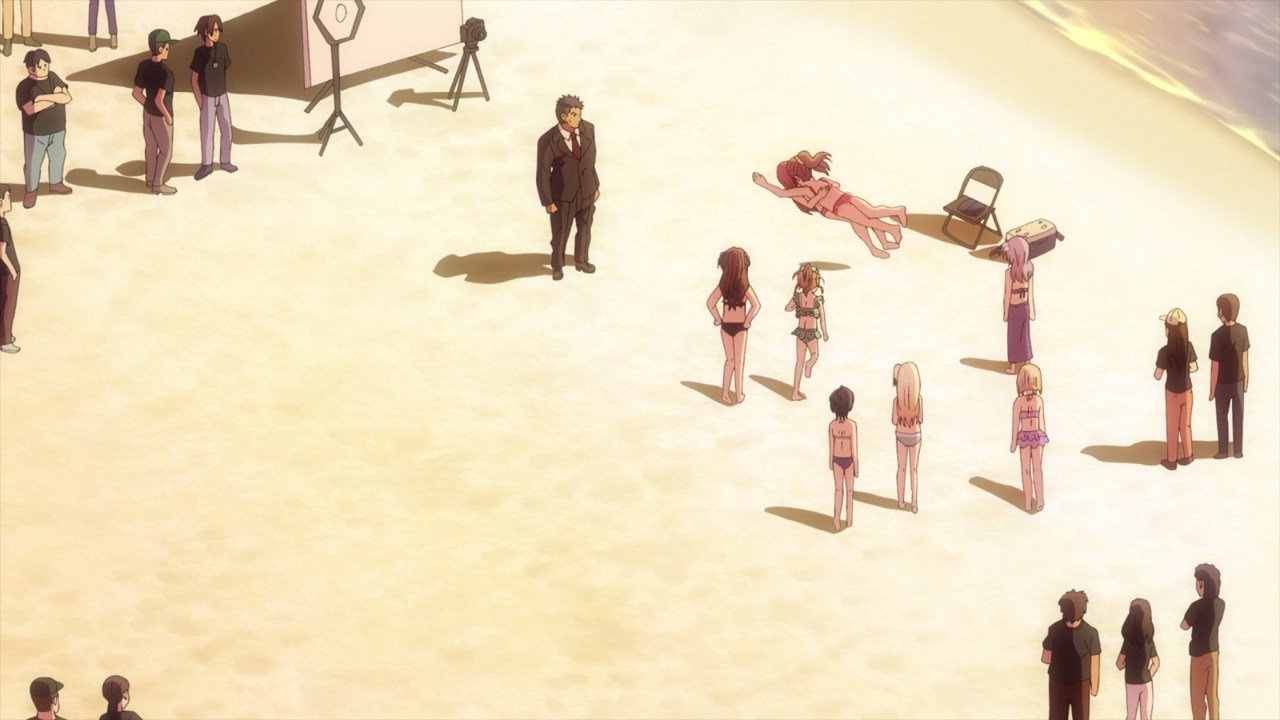 Anyways, looks like the rest of the 22/7 are happy that Reika Satou will come and play for the photoshoot. 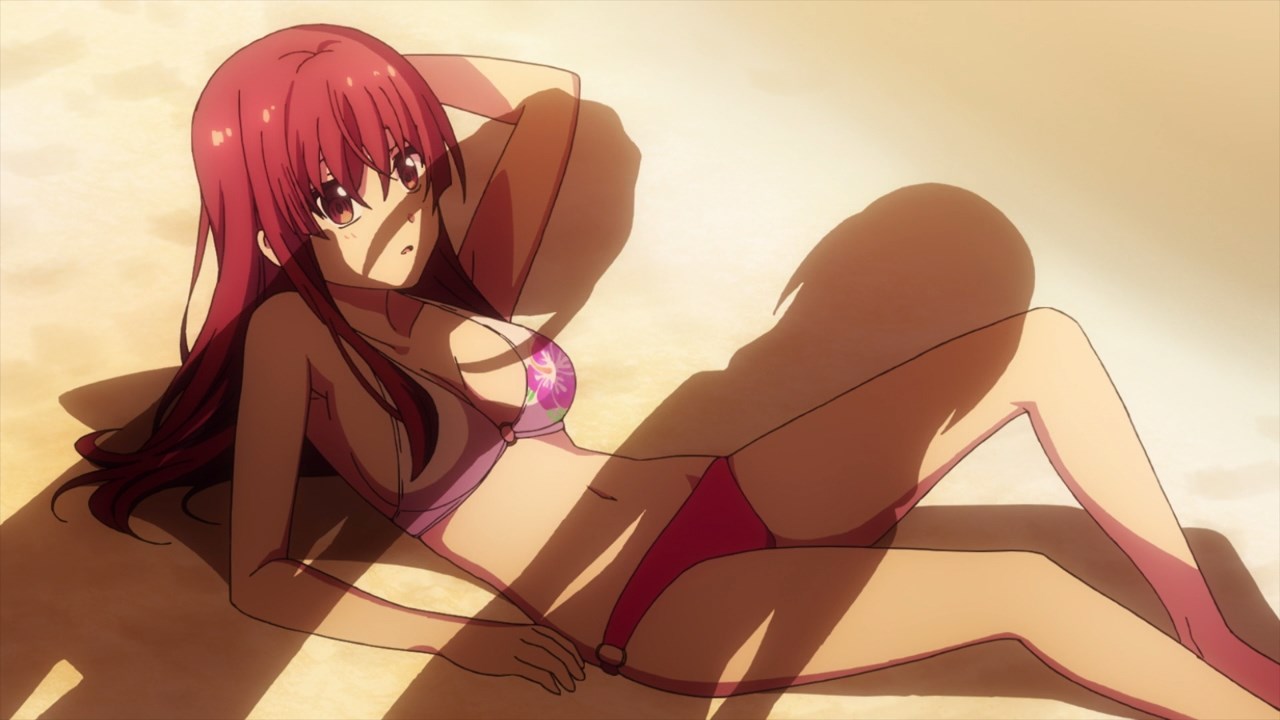 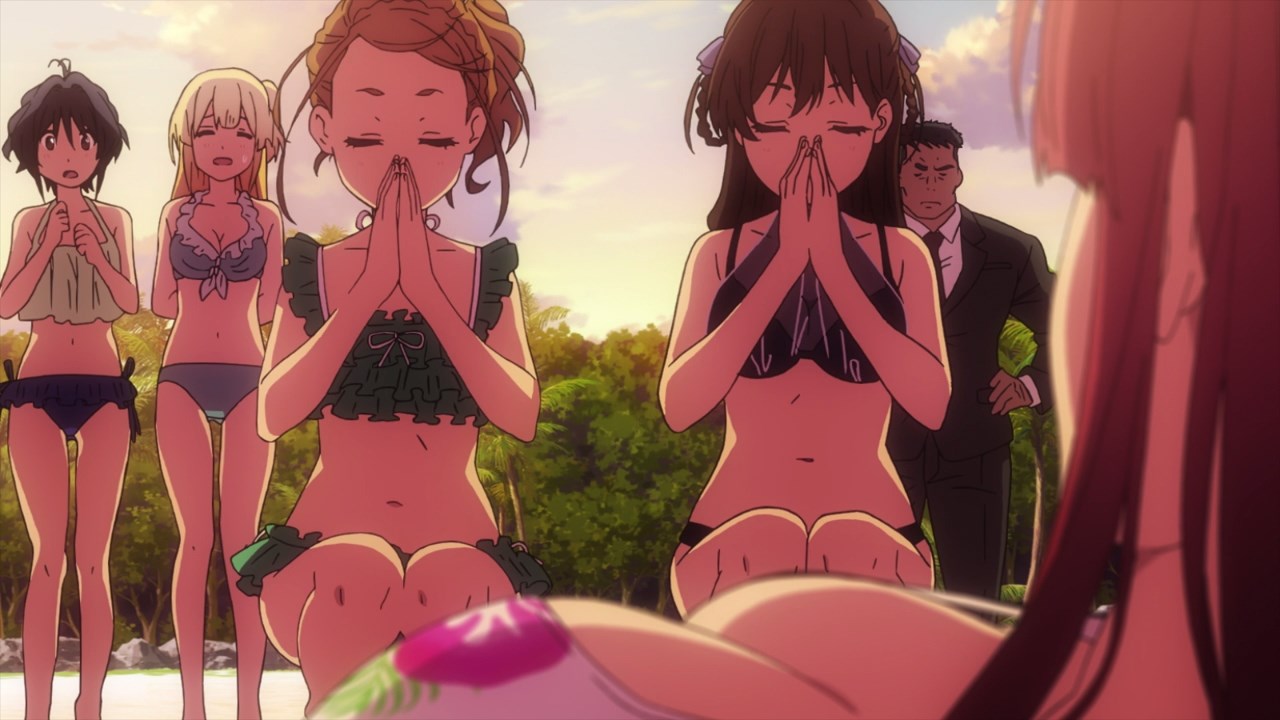 On the other hand, both Miyako Kouno and Ayaka Tachikawa are blessed to see Reika’s sexy dynamite body, although Miyako wants her breasts to grow too. 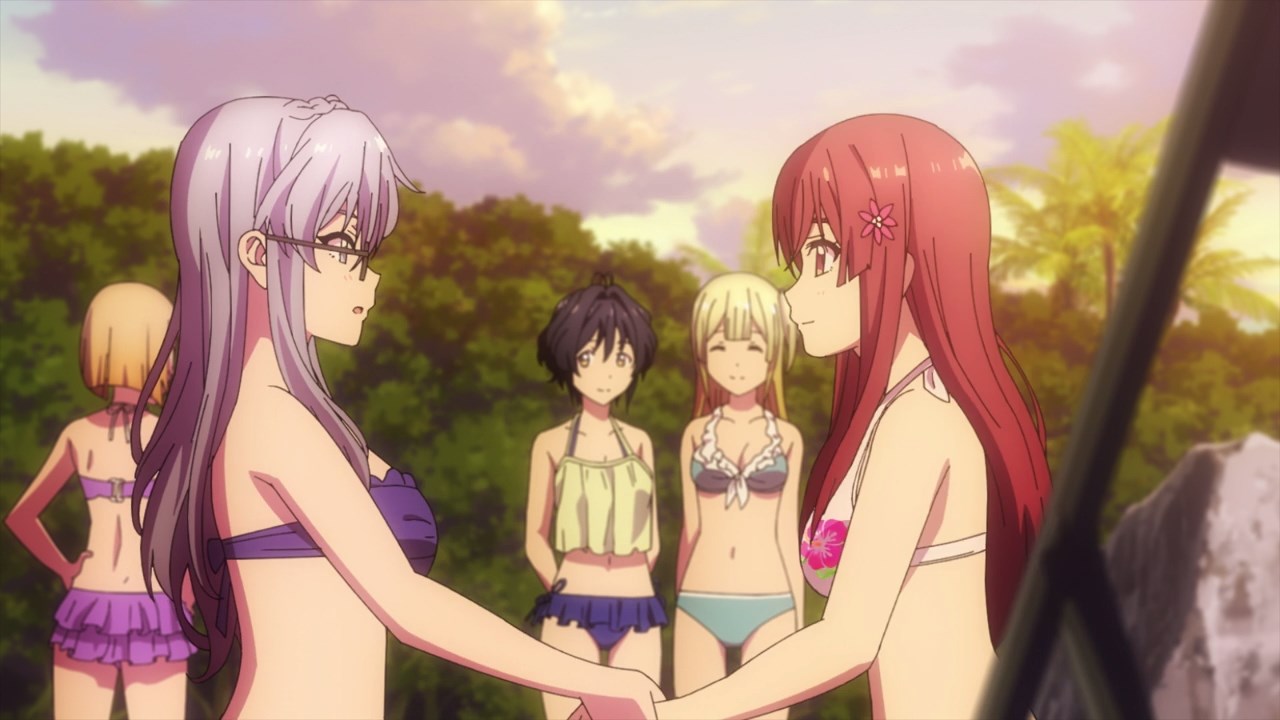 One last thing, looks like Akane is happy that Reika managed to roll the dice and get an odd number, which she’s now wearing the swimsuit.

But speaking of the dice, the truth is that Satou got an even number which means that she won’t wear it. Then again, she decides not to tell the real outcome towards Maruyama. 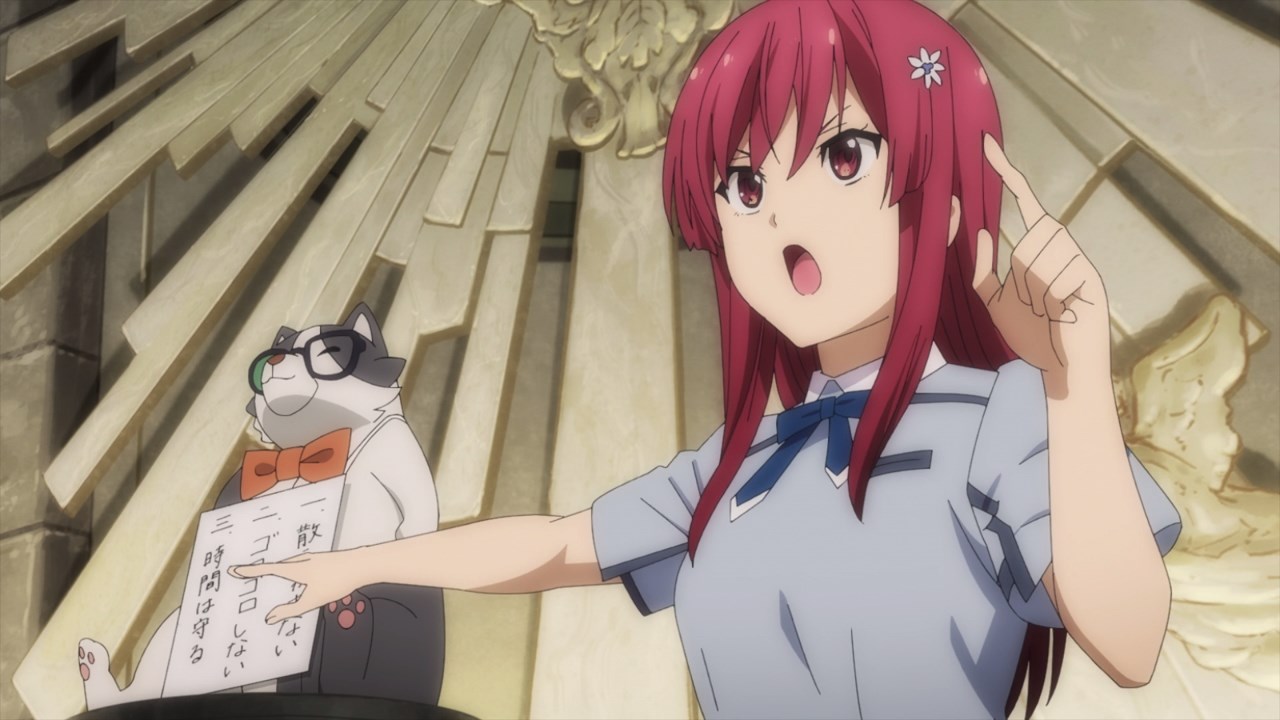 Thanks to the phootshoot session in Okinawa, looks like Reika Satou is committed of becoming the leader of Nanabun no Nijyuuni.

This means that everyone should strictly follow the rules, although they don’t need to do it. 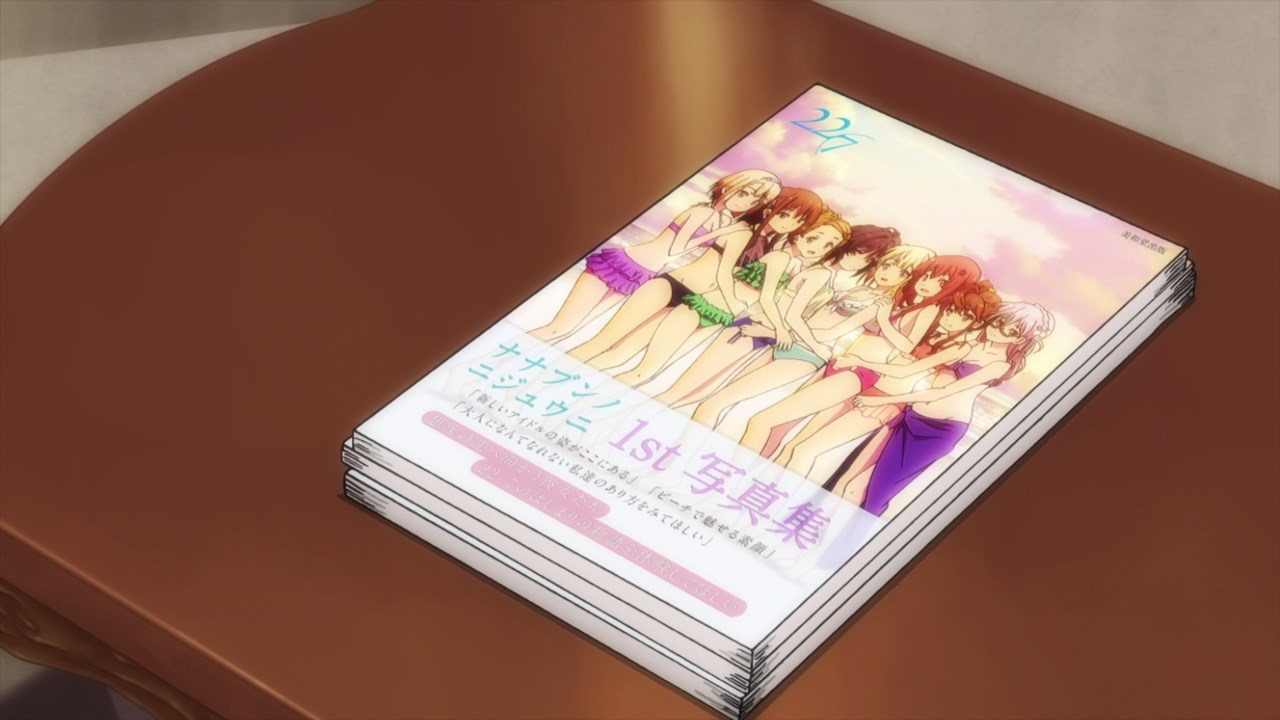 Oh yeah, their 1st photobook was a big hit among fans that it sold lots of copies. Gotta say that the popularity of 22/7 is gaining some significant traction. 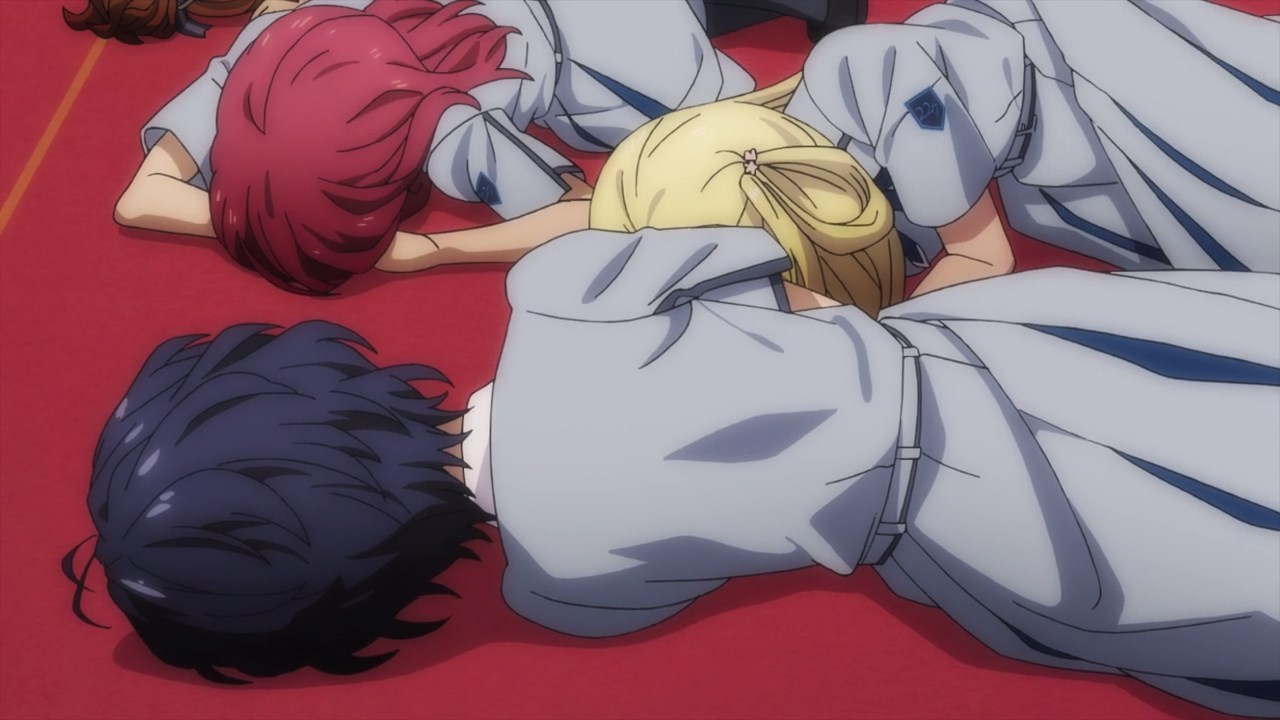 However, it seems that the girls suddenly fainted. Wait, how come they collapsed after finishing their photoshoot session in Okinawa? 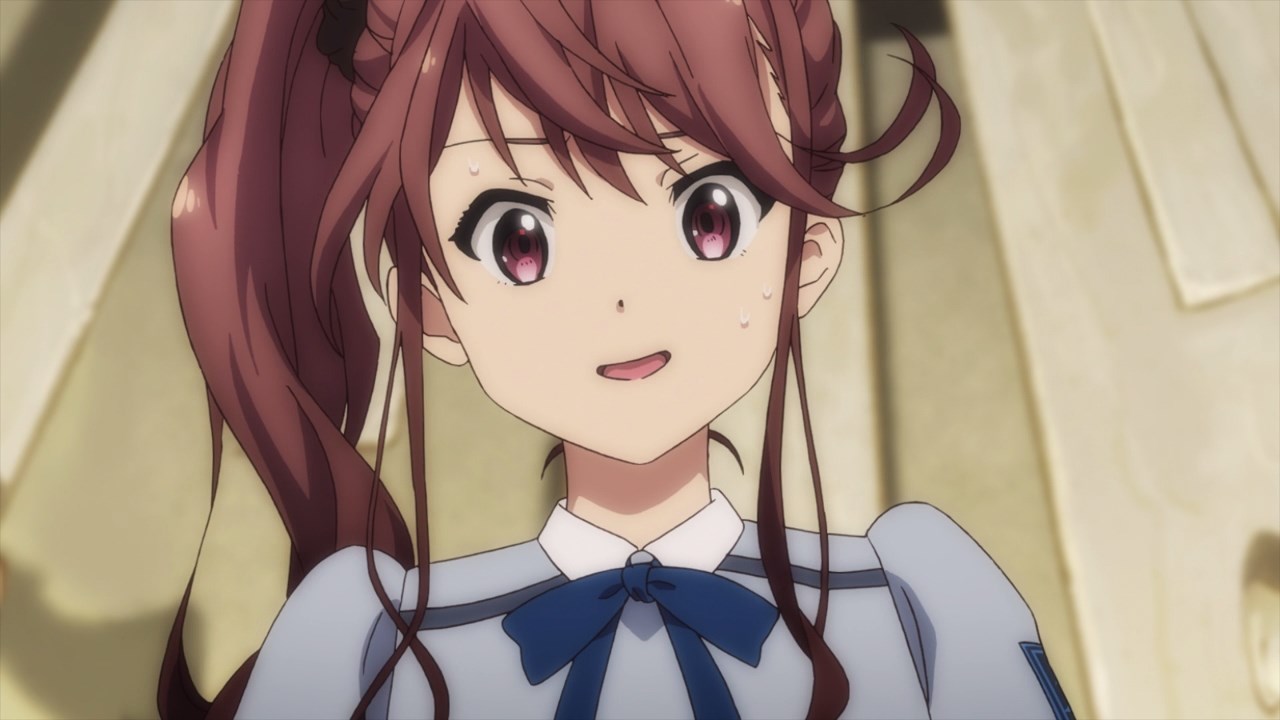 Oh and the worst part? Only Jun Toda remained conscious as she has no idea on the current situation. You know something, I think The Wall wants to do something towards Jun and I’m scared on the outcome.

With that said, next episode will focus on Jun Toda as she must wake up the rest of the girls. Then again, it’s unlikely that Jun will wake them up.