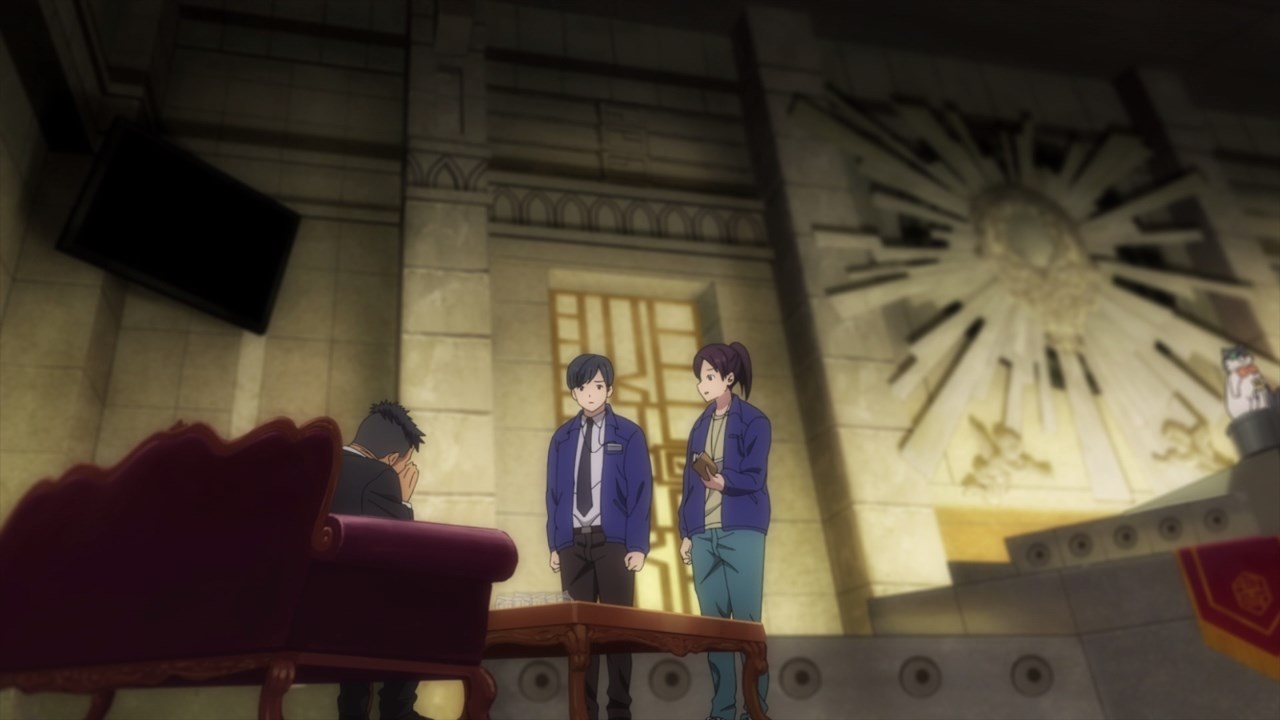 Well everyone, looks like Aoi Gouda and his staff are in a bind right now as Nanabun no Nijyuuni are gonna take lots of jobs, but the problem is that the rest of the girls got sick as they ate coffee jelly which is either contaminated or expired.

Man, I think the staff should check on what they eat. I mean, Production GIP has everything from nutrition to medicine, so why would they screw this one up is beyond me? 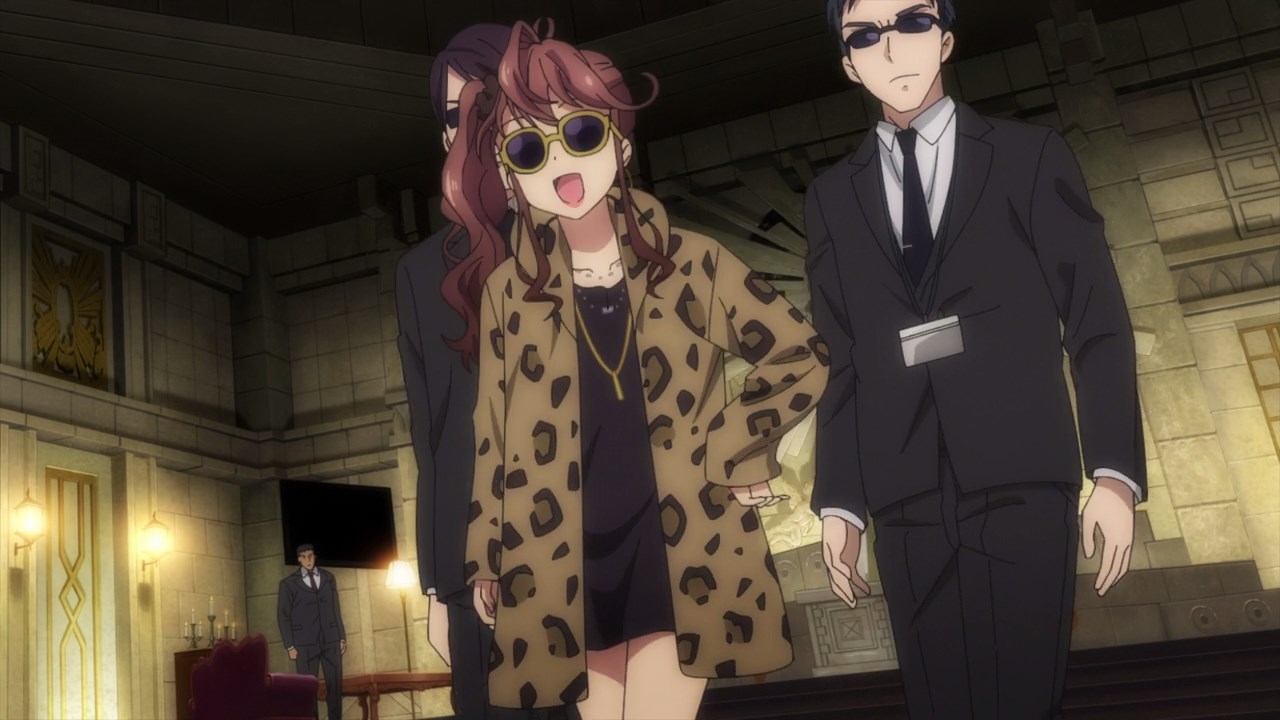 Meanwhile, here’s Jun Toda where she’s dressed-up in her gaudy clothes and act like some posh princess from Roppongi Hills.

Um Jun, there’s no time for fancying around on your new coat and sunglasses ’cause you have lots of work to do! 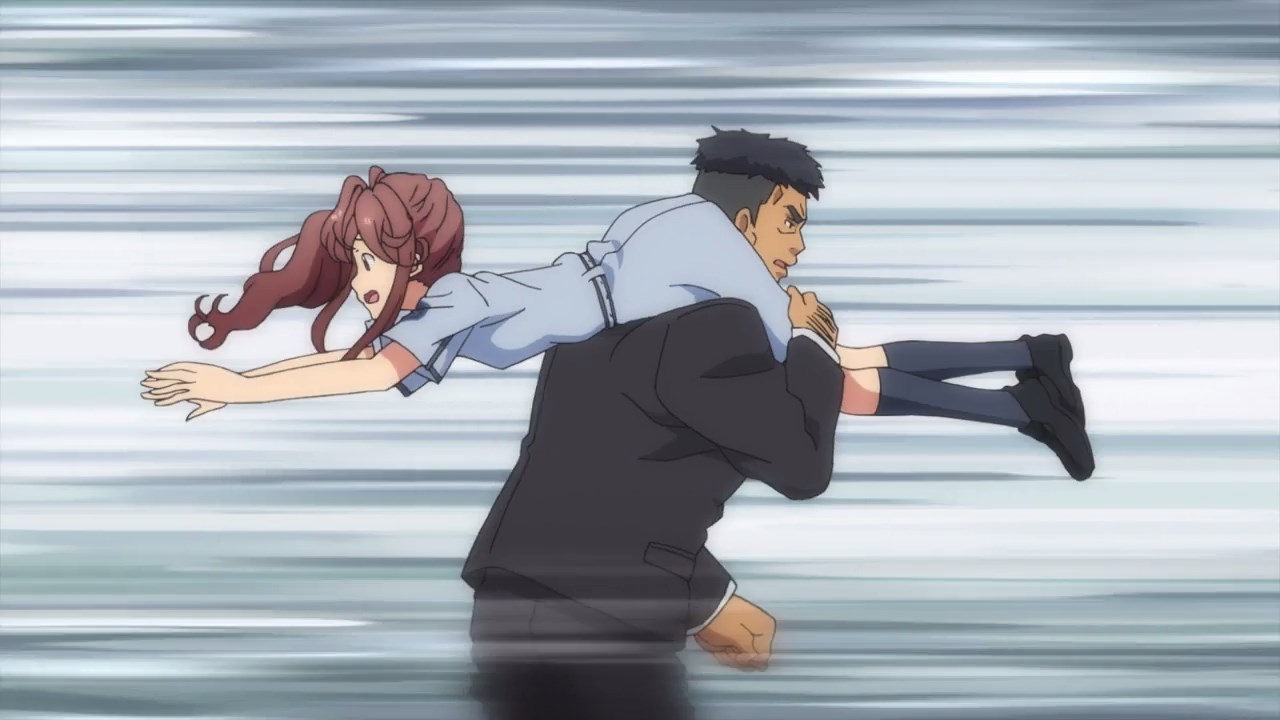 In any case, Aoi Gouda took Jun Toda to various places and work her ass off. Well, good luck to Toda!

Now, while Jun Toda is the lucky one where she didn’t get sick as Jun didn’t ate coffee jelly (which she doesn’t like bitter things by the way), that wasn’t the case a few years ago. 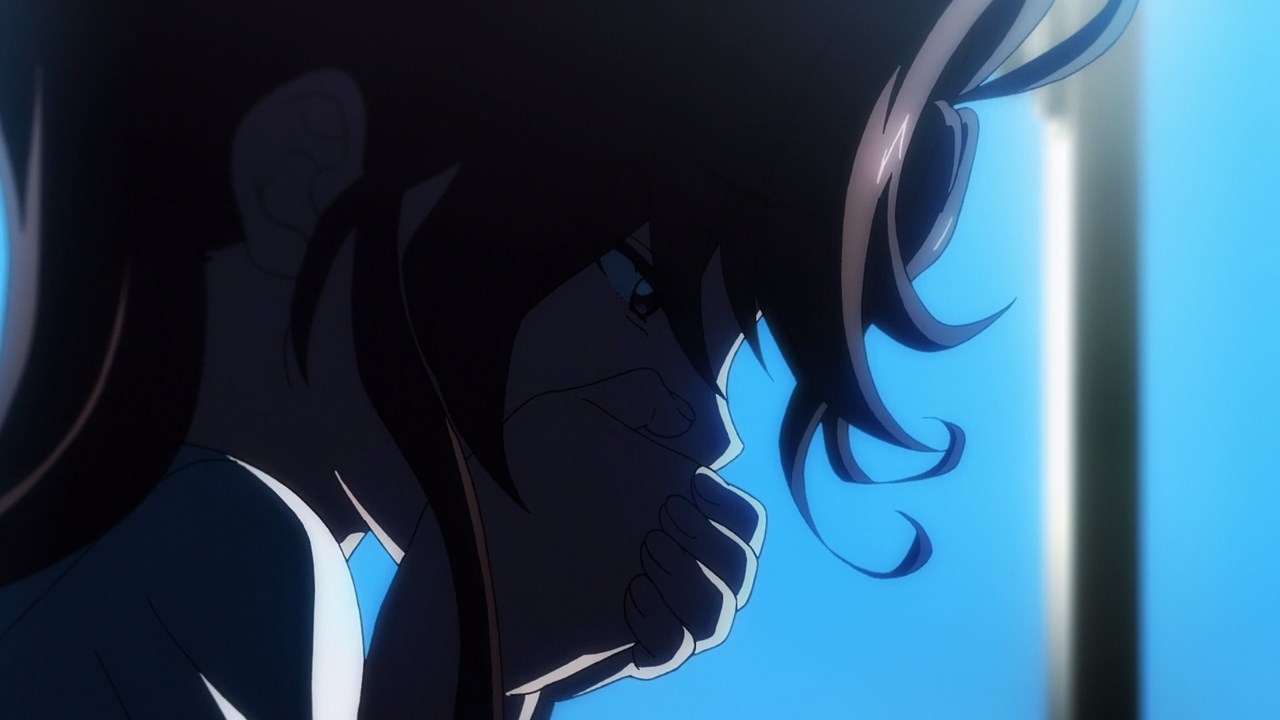 You see, Jun Toda has a weak respiratory tract where she’s having difficulty in breathing as well as coughing a lot. 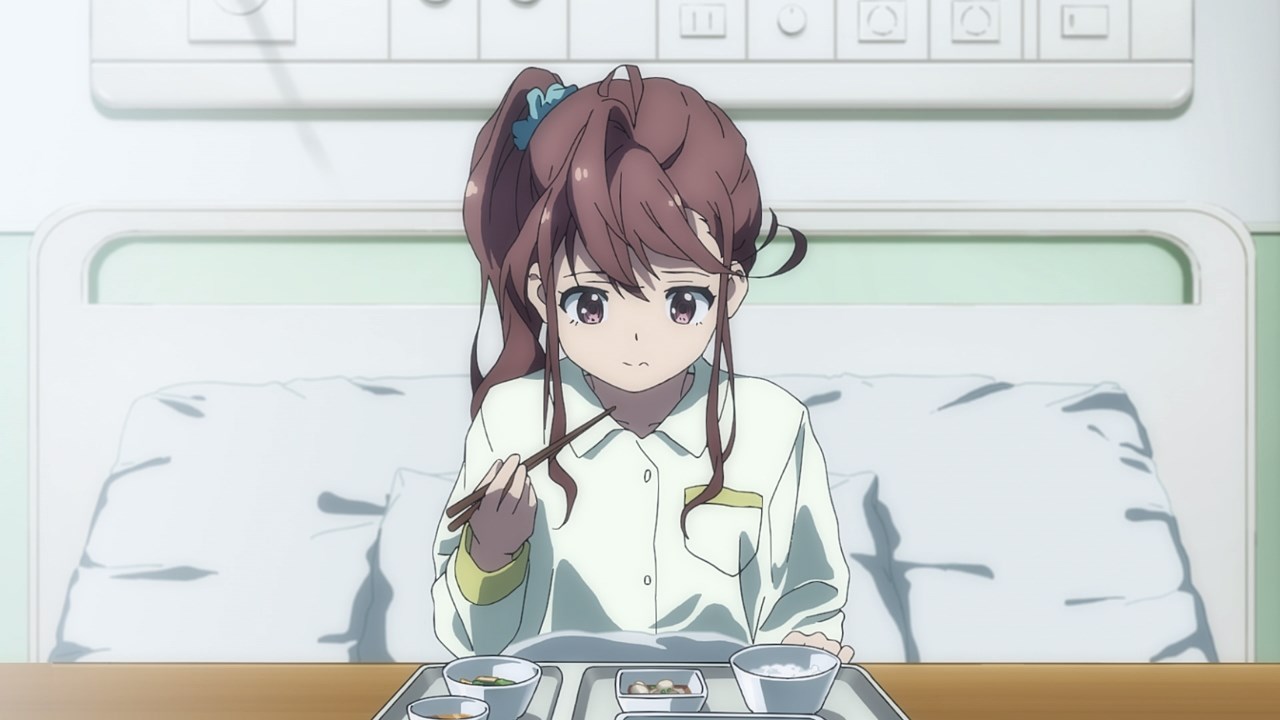 In fact, her respiratory disease is so severe that Jun got hospitalized for it.

Because of her sickness, Jun didn’t get any friends at school and her life was just… sad. 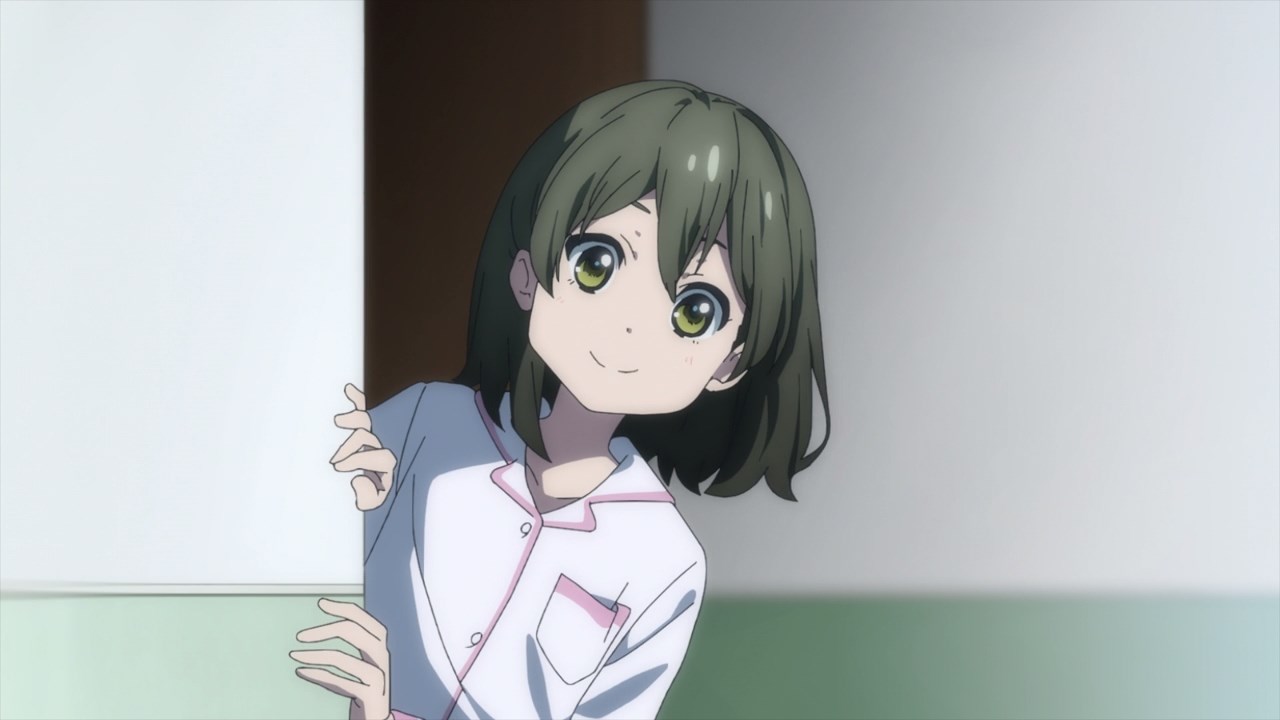 That’s until Jun Toda met Yuu Matsunaga where she was admitted on the same room as hers.

Unlike Jun’s gloomy nature, Yuu is upbeat and optimistic where her life was like an amusement park. Then again, I’m not sure what kind of disease does Yuu have in the first place? 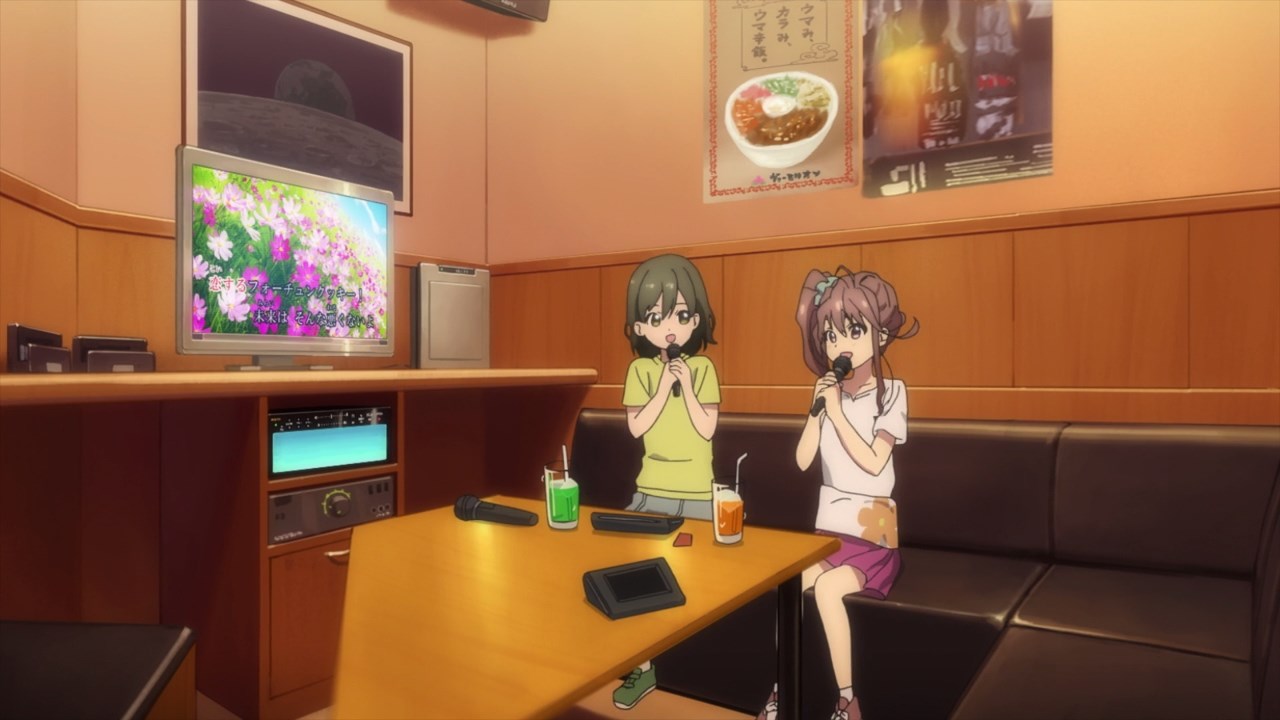 Anyways, both Jun Toda and Yuu Matsunaga became friends at the hospital. Of course, they even went inside a karaoke bar where they sing AKB48’s famous song “Koisuru Fortune Cookie”.

Then again, I would rather have them sing “Heavy Rotation” but then again, “Koisuru Fortune Cookie” is very catchy that you want to sing along upon hearing it. 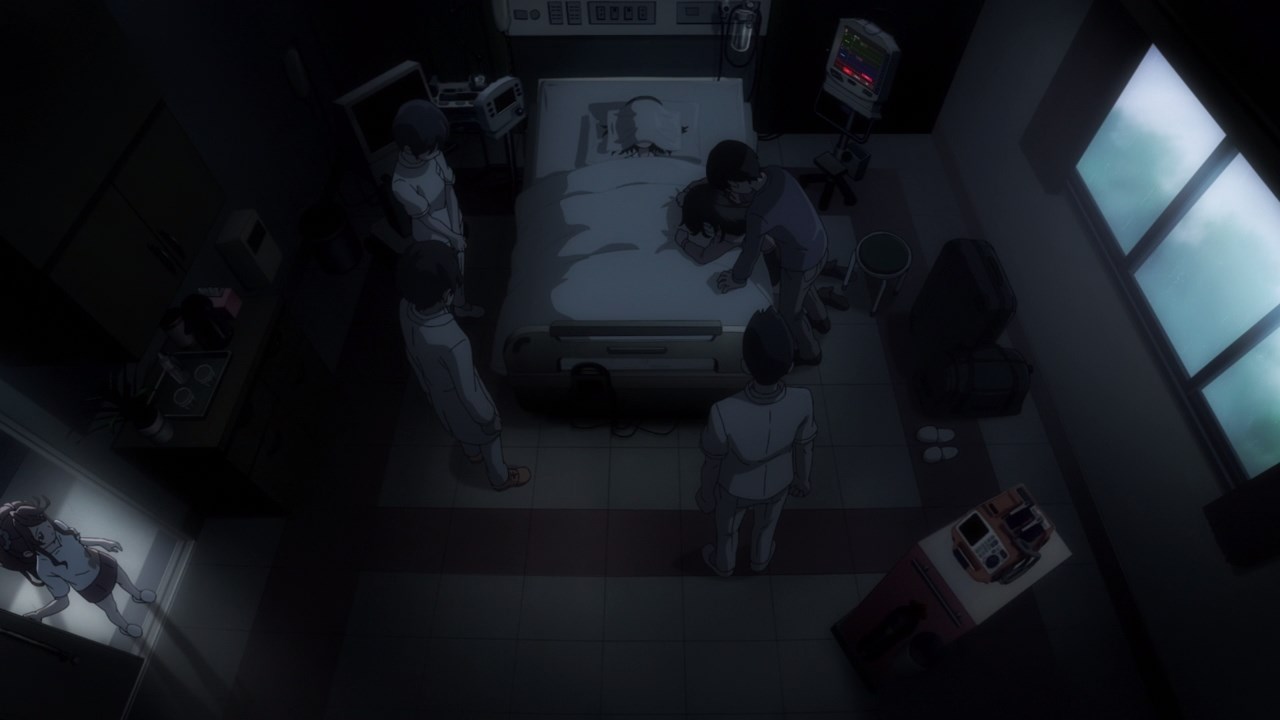 Sadly, their friendship has ended where Yuu Matsunaga died. Turns out that she has terminal illness and Yuu didn’t tell Jun about it until it was too late.

You know something, I feel that Yuu wants to keep her illness to herself as she wants to cheer Jun up. 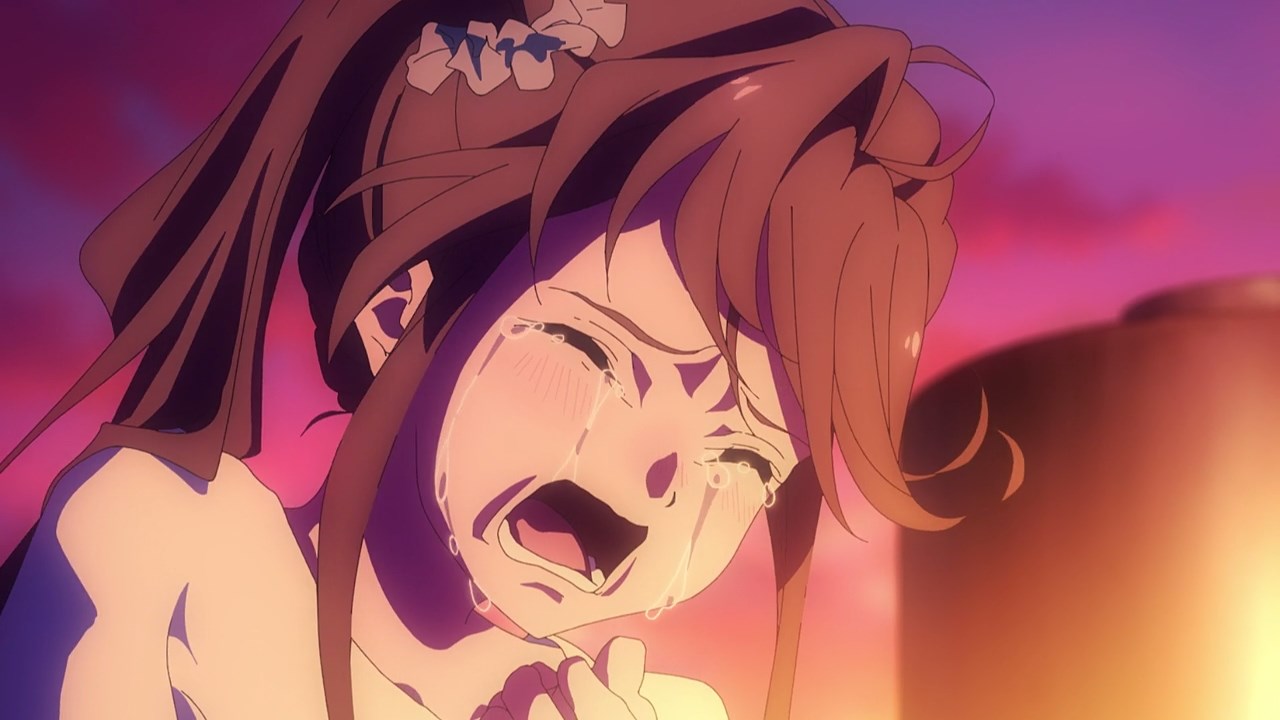 Unfortunately, Jun Toda was stricken with grief that she would rather die than losing her best friend.

I have to say that this event changed her life forever and it’s quite depressing to think about it. 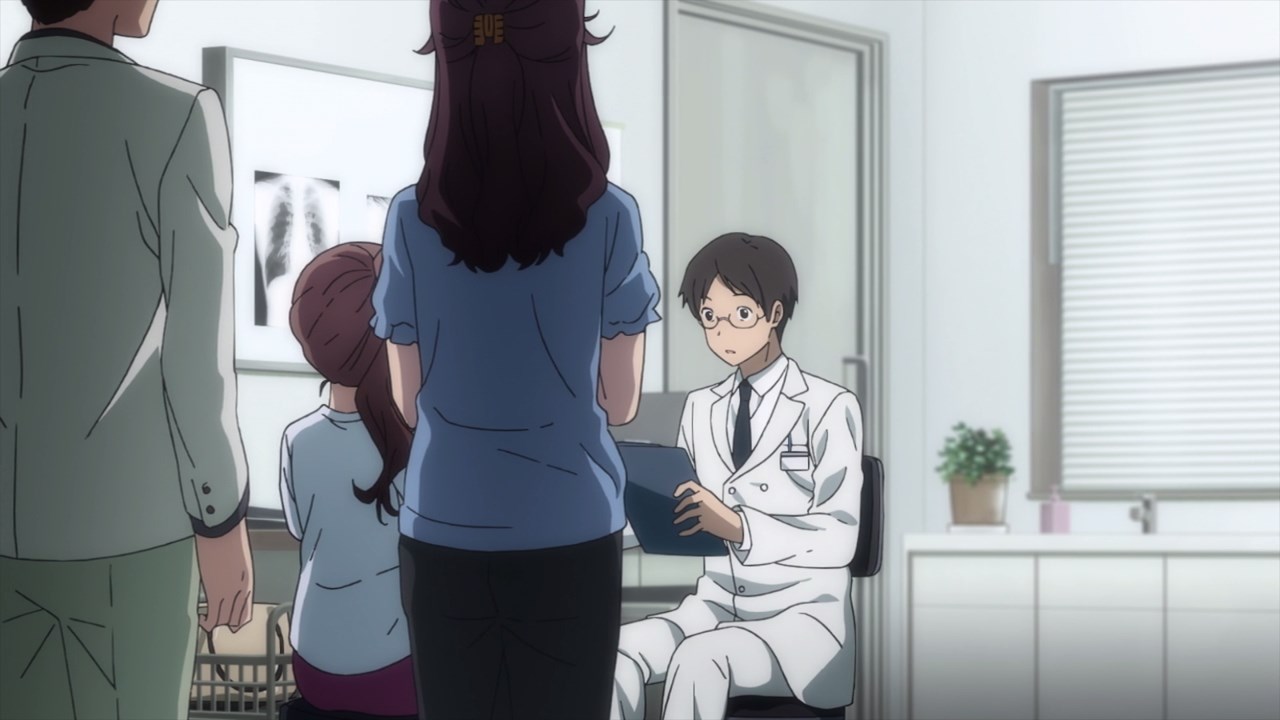 However, by some miracle, seems that the illness that plagued her lungs is starting to fade away, meaning that Jun Toda is on the path towards recovery. 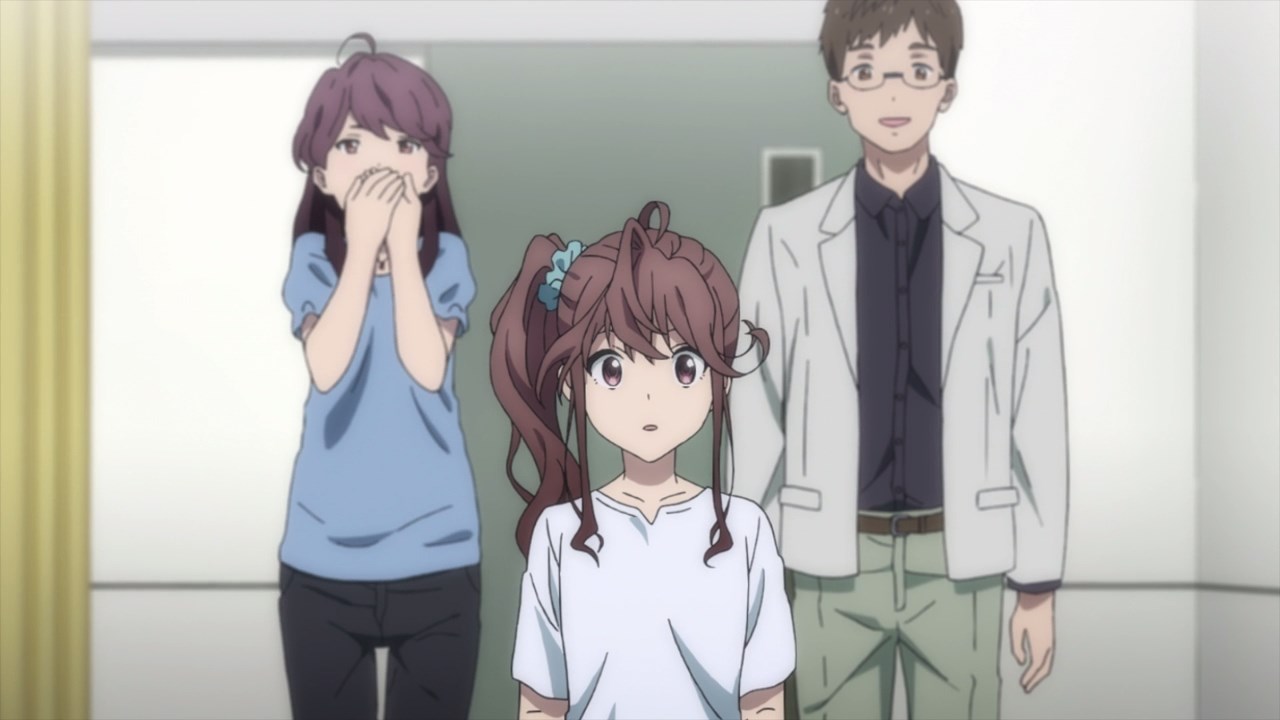 Of course, Toda won’t forget those days she spent with Yuu Matsunaga as Jun will live her life to the fullest. But that’s about it for her backstory. 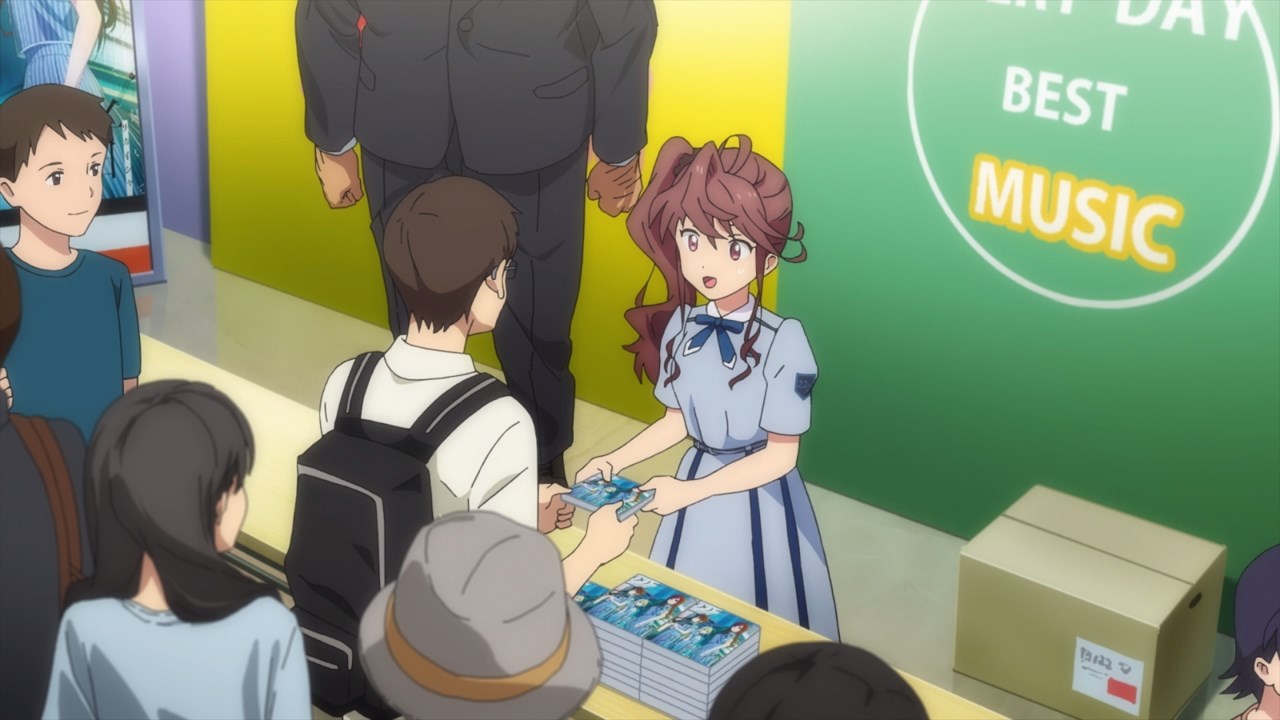 And now, it’s time for Jun Toda to get busy on her grueling work schedule as she’ll take various jobs ranging from autograph signings, to making a guest appearance on various shows. 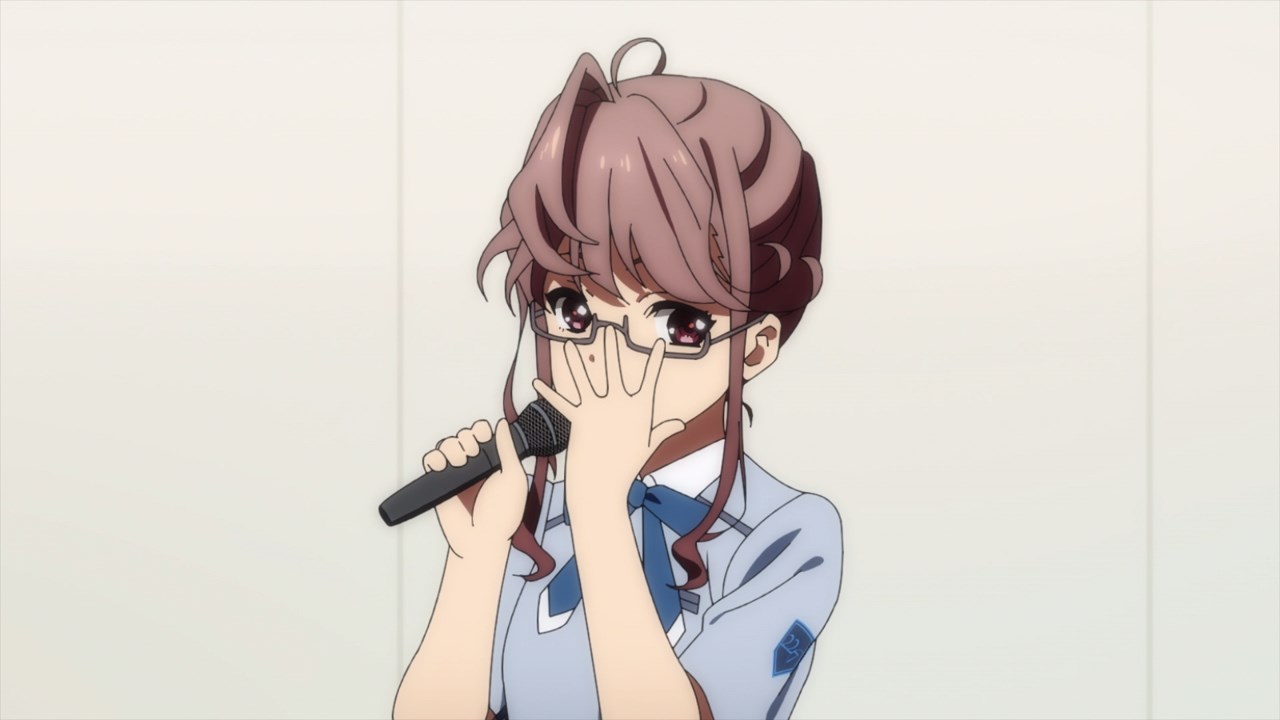 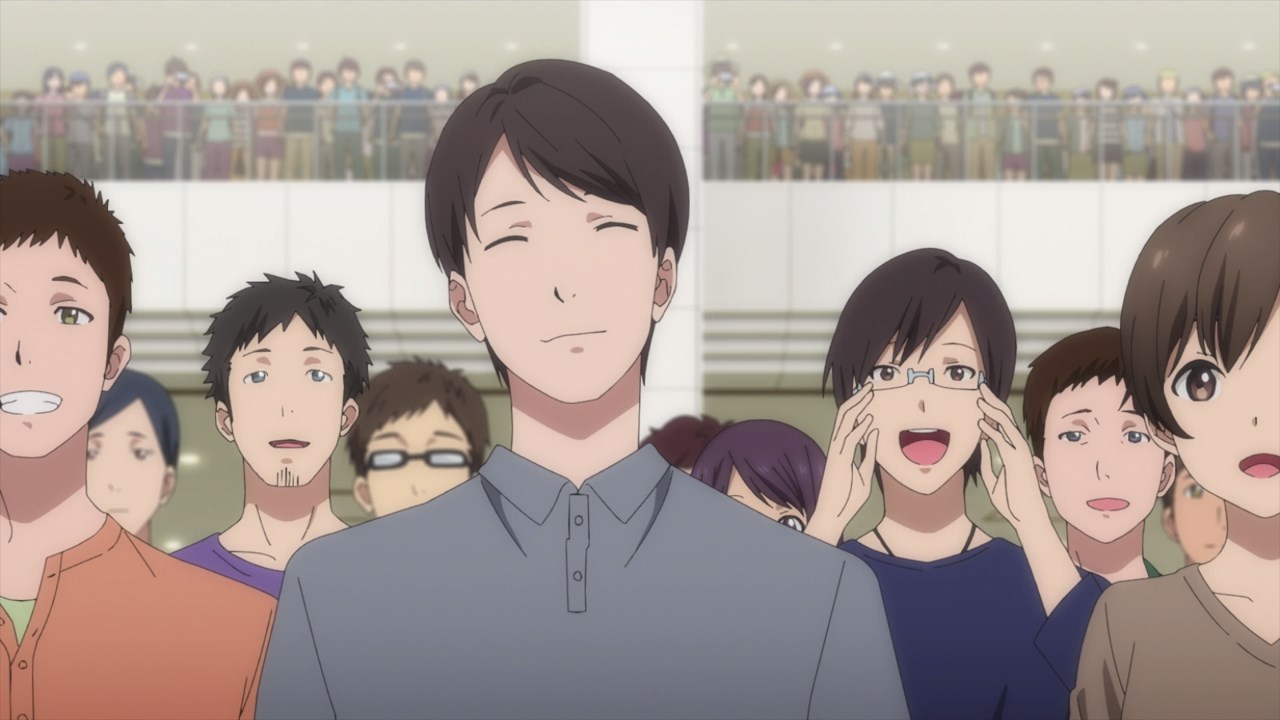 Oh yeah, and it seems that Jun has decided to impersonate her fellow members like Akane Maruyama for example, which the crowd loves it despite the fact that Toda is doing a one-woman show at the Sunshine City. 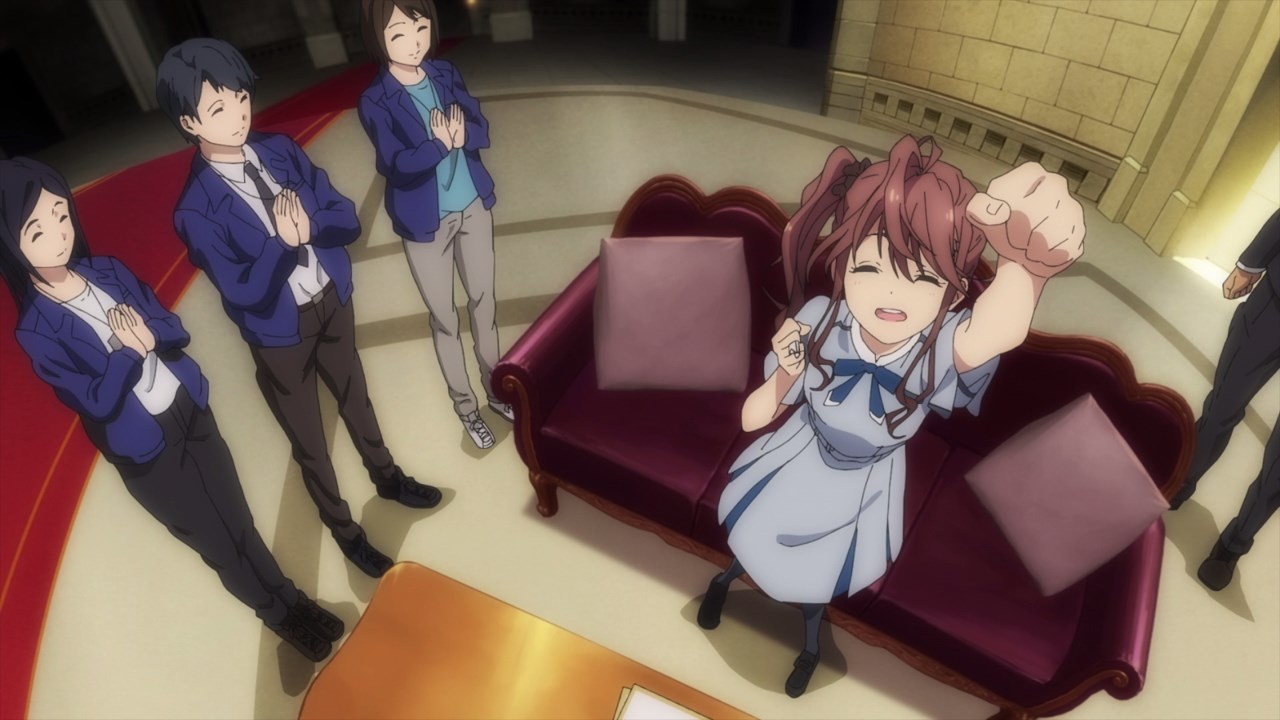 Anyways, looks like Jun Toda is finally finished her grueling work schedule. After all, she’s the one who due the heavy lifting when her fellow idols are recovering. 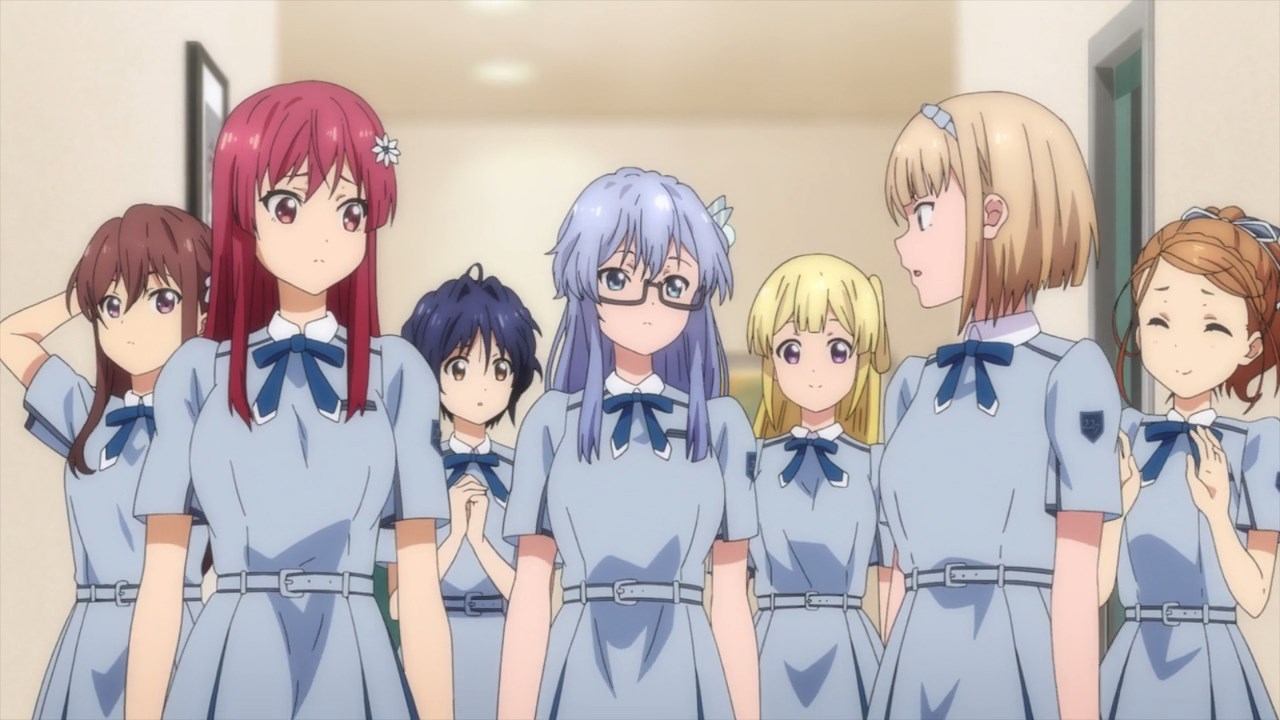 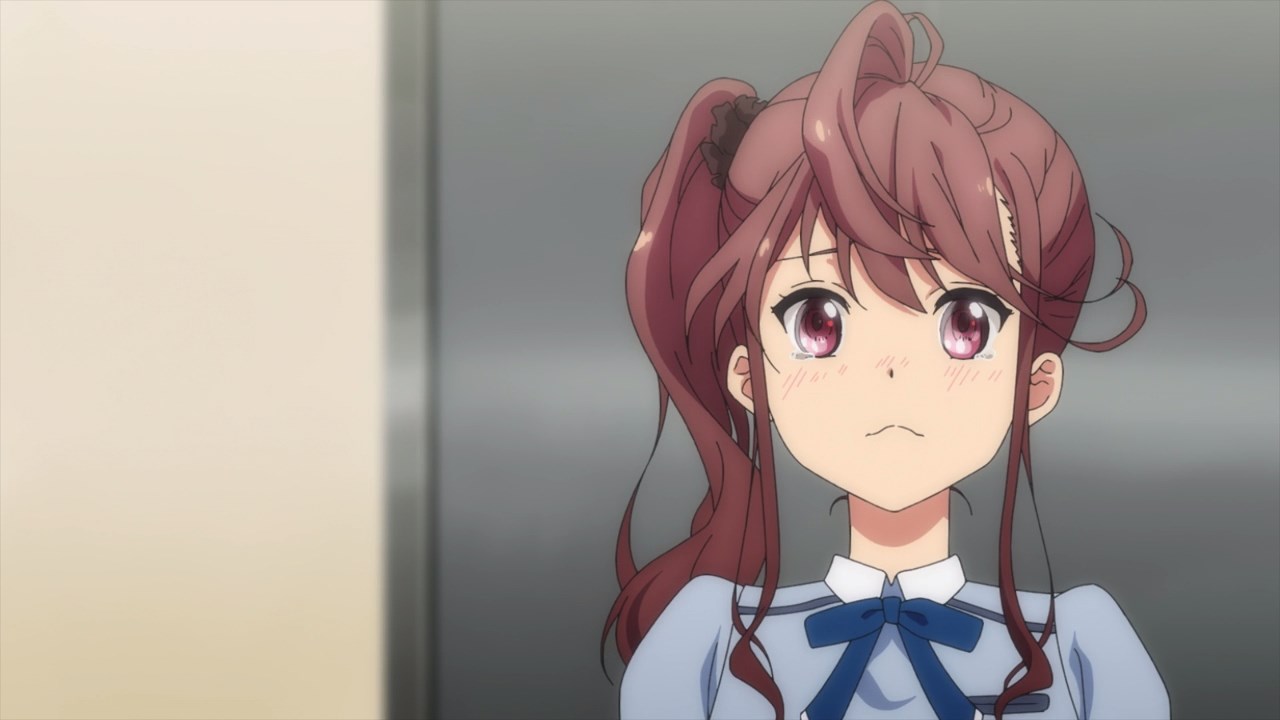 Speaking of 22/7, looks like Miu Takigawa and the rest have finally recovered after eating coffee jelly. For Jun Toda, she felt a sigh of relief that her fellow idols are back that she won’t have to carry the group by herself.

But you know what, it was a great experience for Jun to do various things when her friends are out of commission. 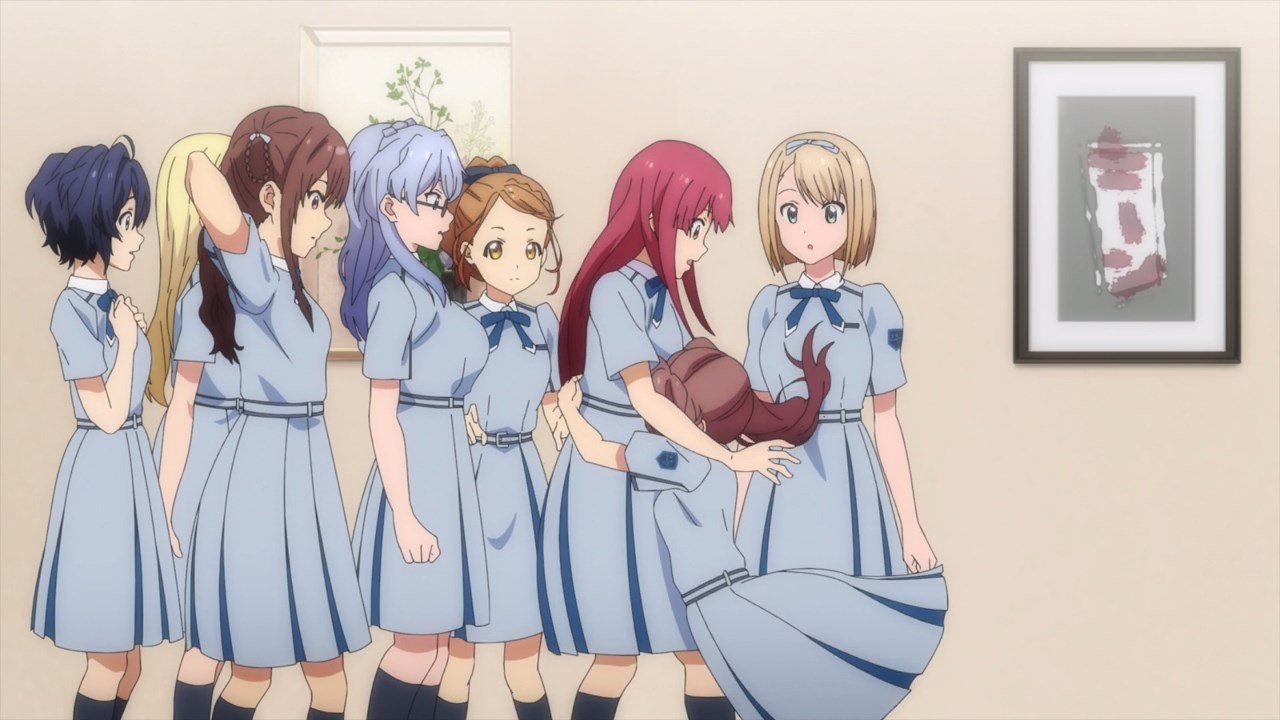 With that said, I’m done for Episode 7 of Nanabun no Nijyuuni as I’ll see you next time where the idol group are going to perform in September. Then again, we’ll never know what surprises will The Wall bring on the table.