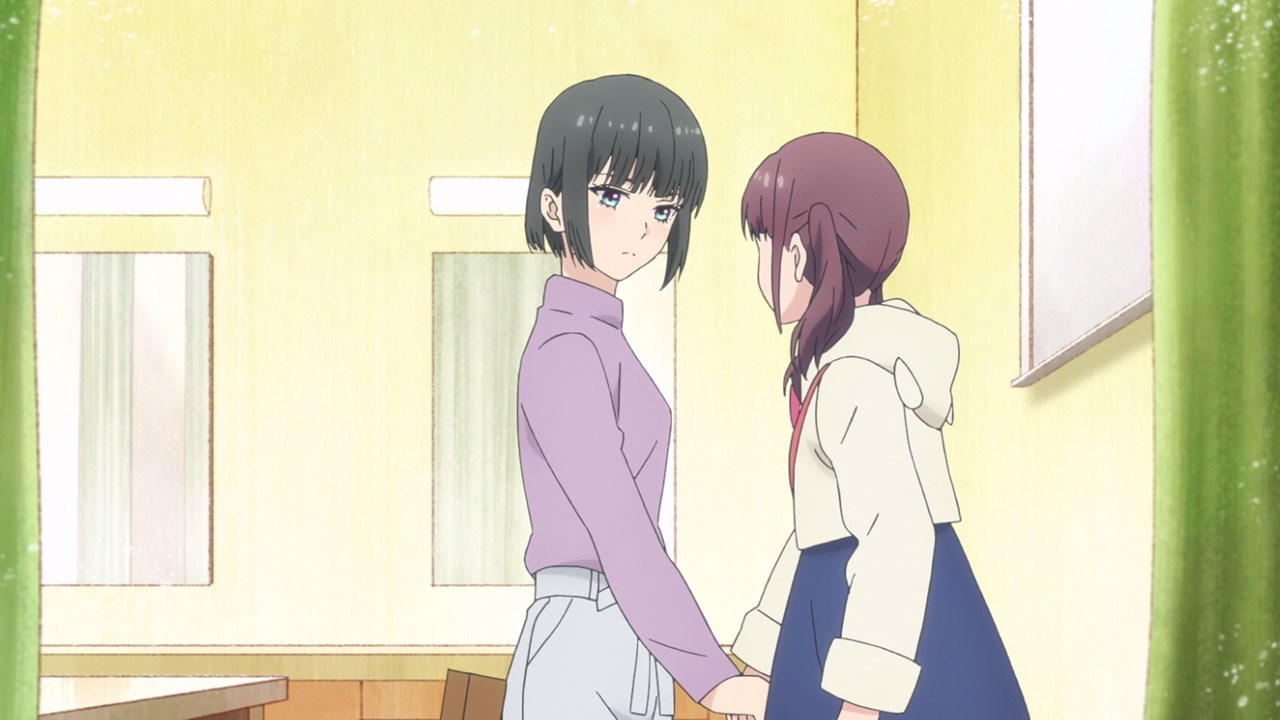 Well look what we have here, seems that Sorane Matsuyama and Aya Yokota are at odds with each other ever since its latest center ranking was released a few days back. 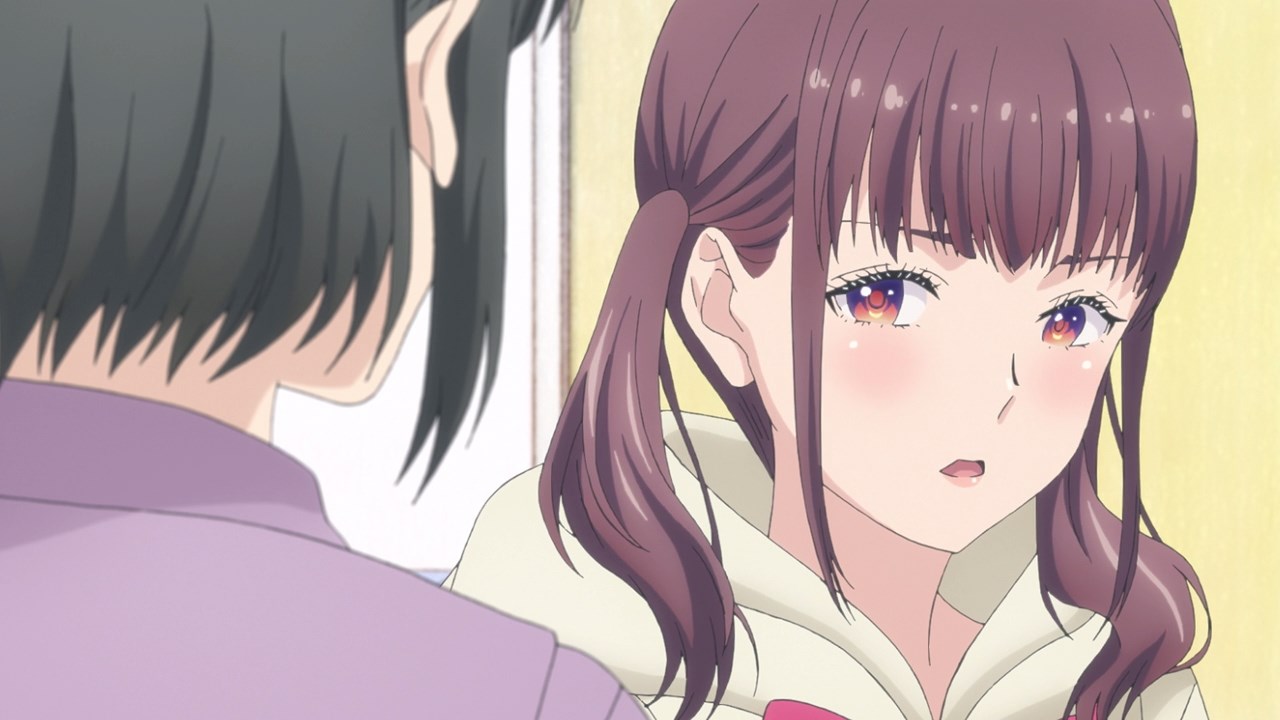 And sure that Aya is angry that Sorane ranked higher than her despite those rumors of hanging out with a guy (which is not true), I think they shouldn’t make it worse as they’ll have to settle their difference via civil means, not catfights. 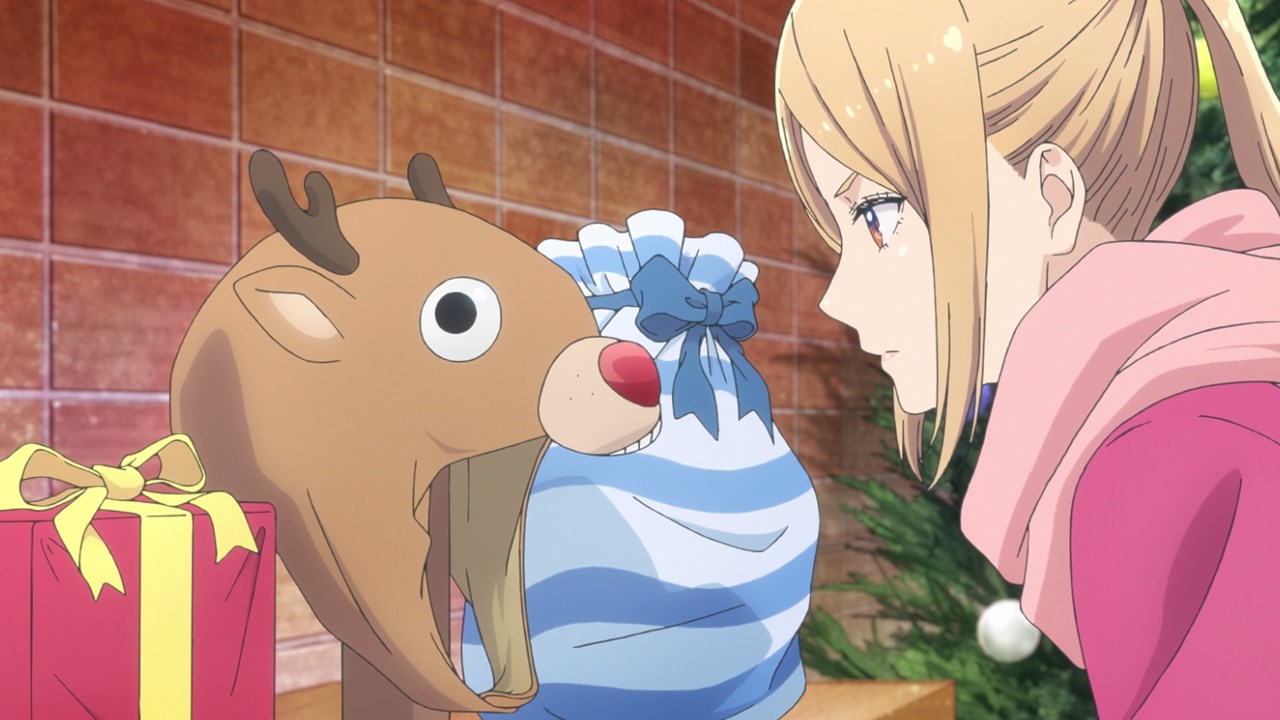 Of course, Eripiyo wants her oshi Maina Ichii to wear a cute Santa outfit on that day. 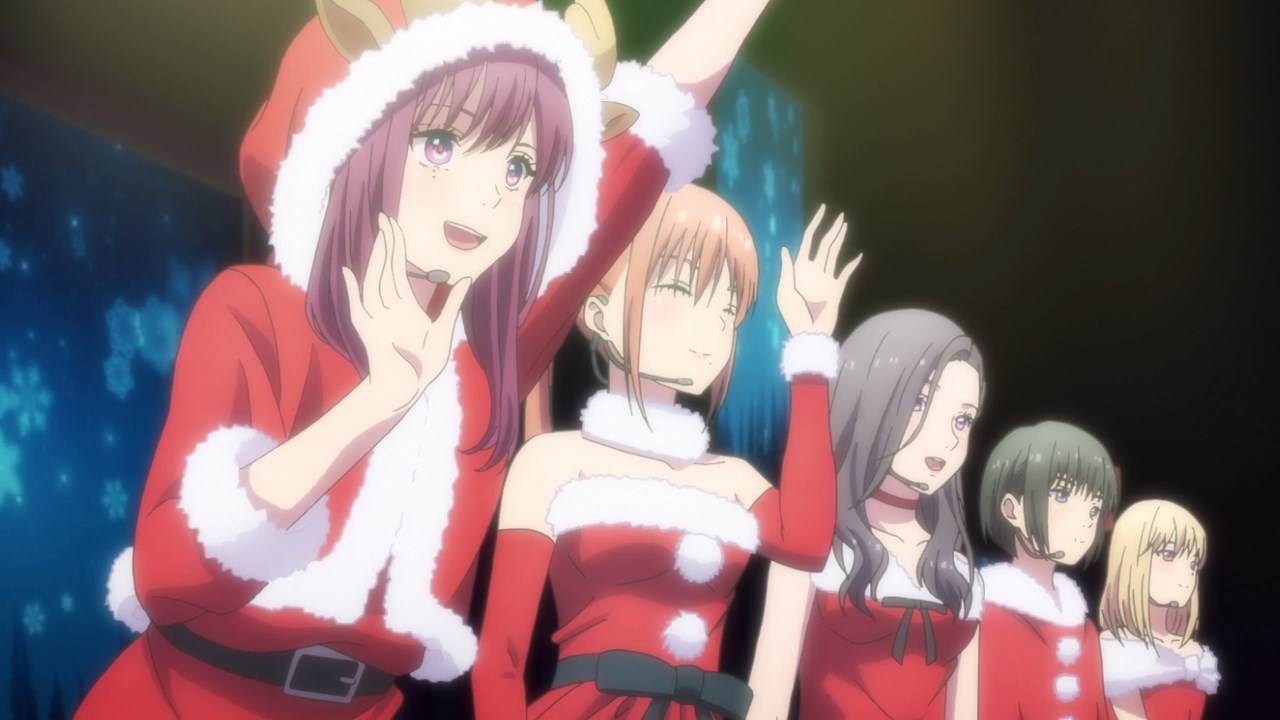 With that said, Cham Jam is here to perform on Christmas Eve, wearing cute Santa costumes for this special concert. By the way, where’s Maina? 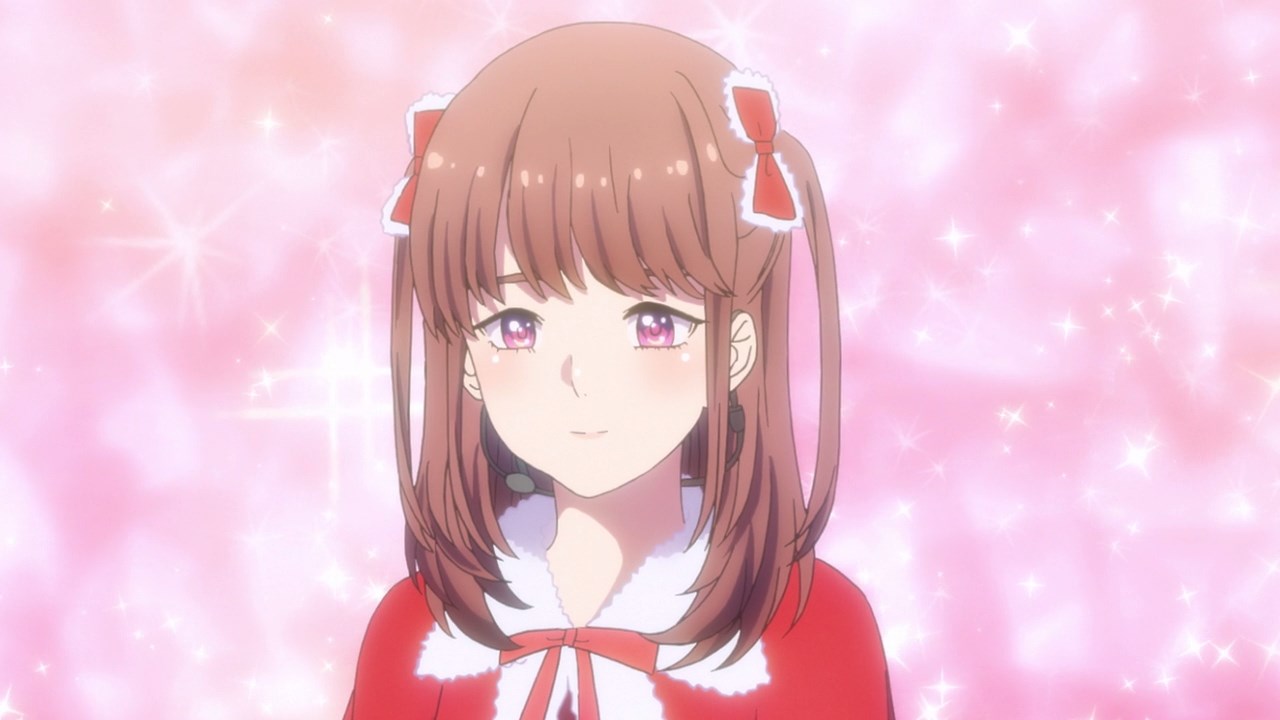 Oh, looks like Maina is wearing a cute Santa outfit for this occasion in which Eripiyo’s prayers have been answered! 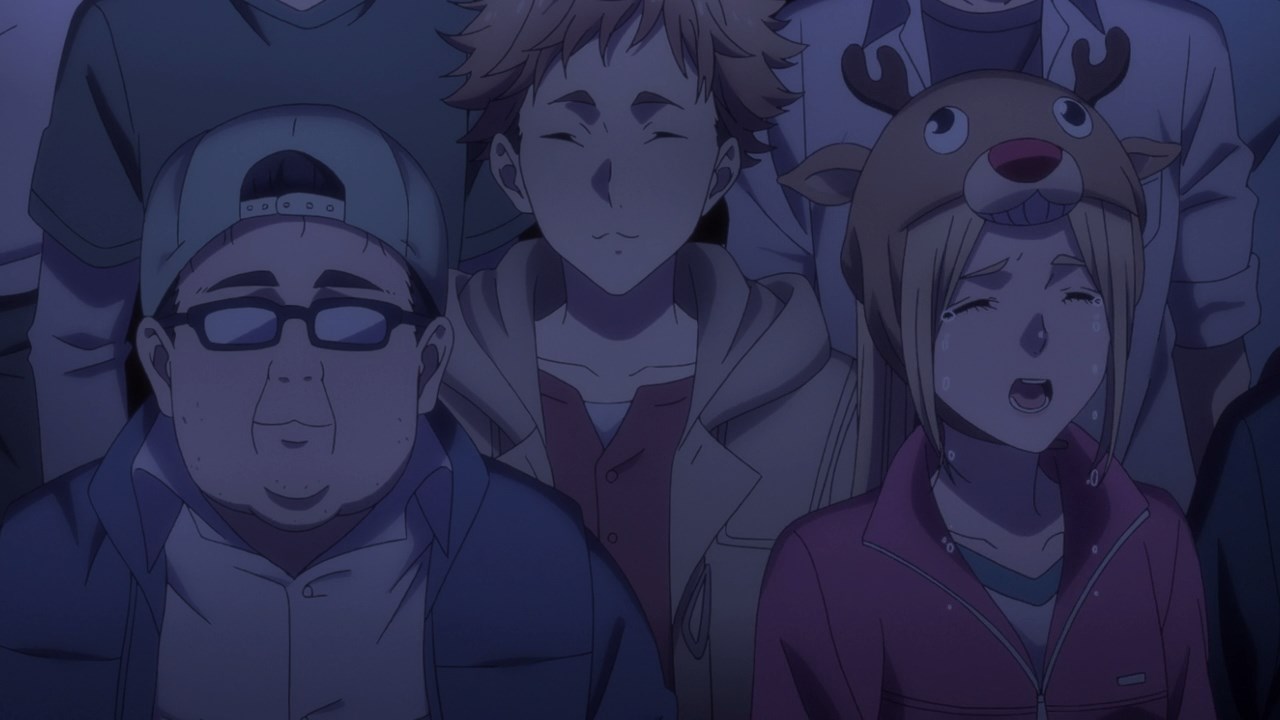 And as you can see on Eripiyo’s face, she’s very happy that her oshi is wearing a Santa outfit. With that said, time to start the concert! 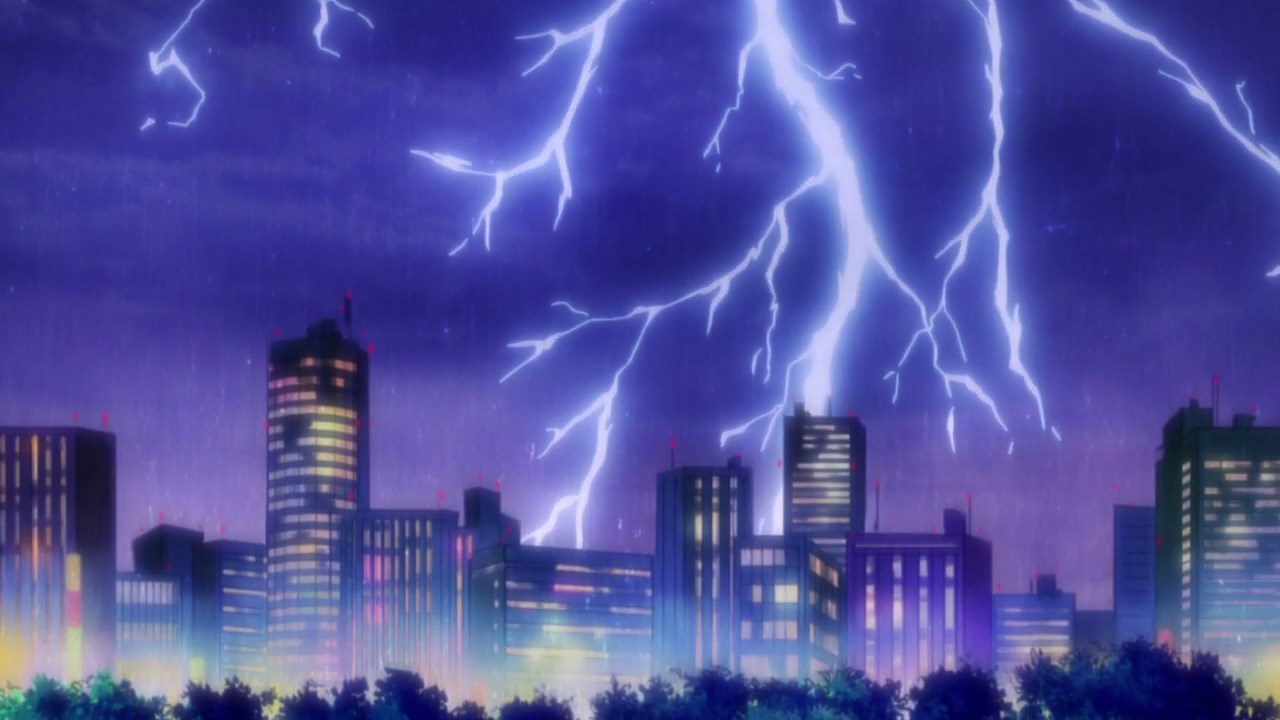 But then, Okayama got hit by a thunderstorm and I have to say that this Christmas Eve might not be so merry. 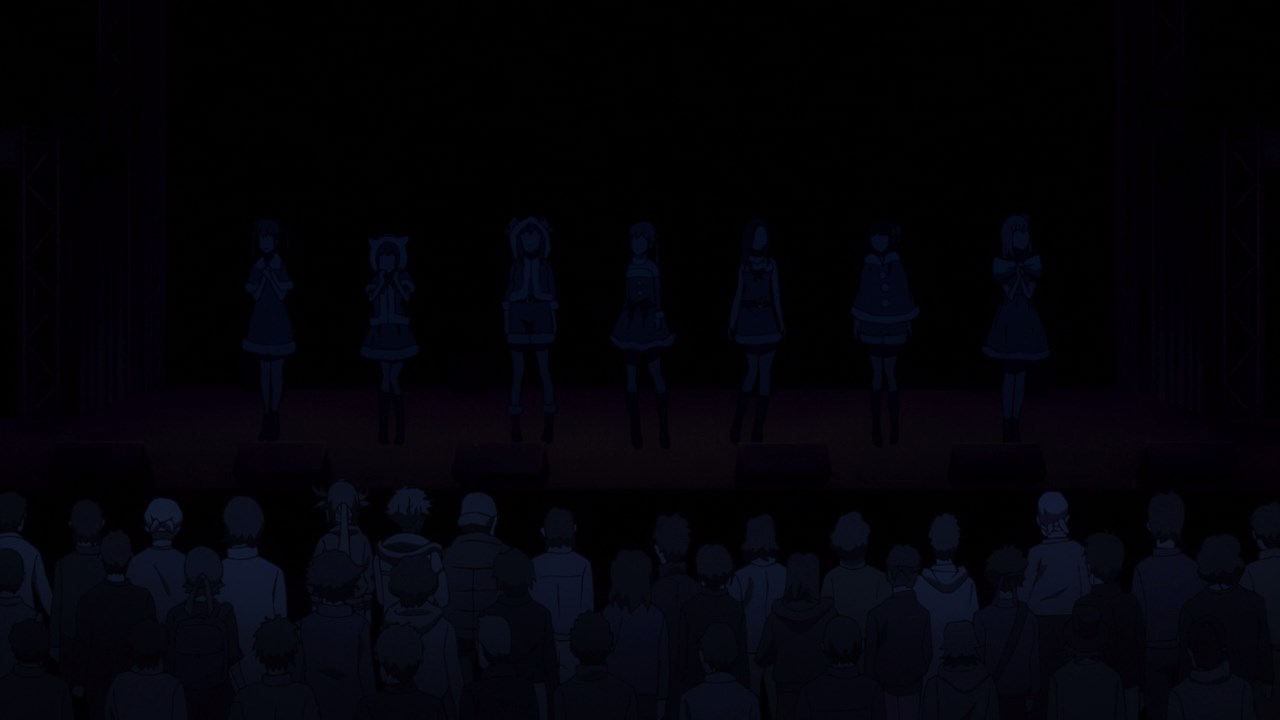 Oh and to make matters worse, the power cords got hit by a powerful lightning in which the entire city got a blackout.

Yeah, this would cause a panic among fans inside the live house and I don’t want to see a stampede there. 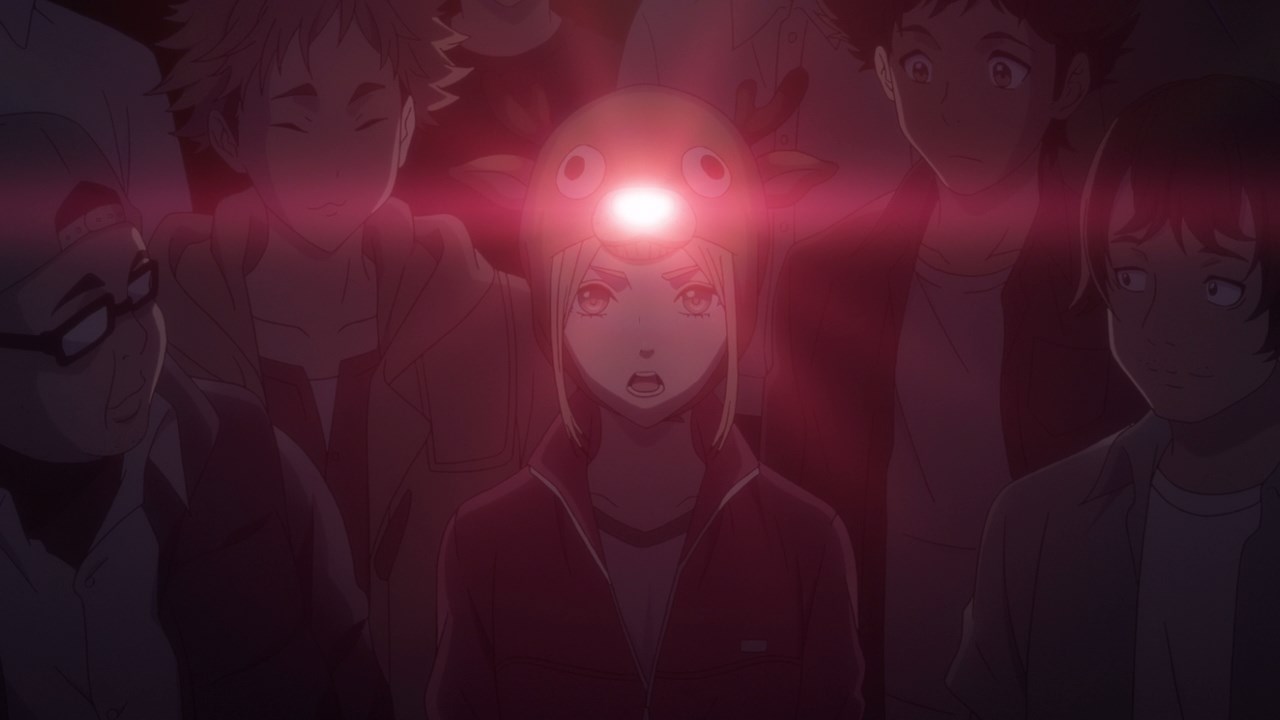 Fortunately, Eripiyo came to the rescue as her reindeer hat has a built-in lamp in which she turn it on and tell everyone to calm down.

Glad that Eripiyo is very calm when it comes to blackouts, but I think the lamp from her reindeer hat might not last long. 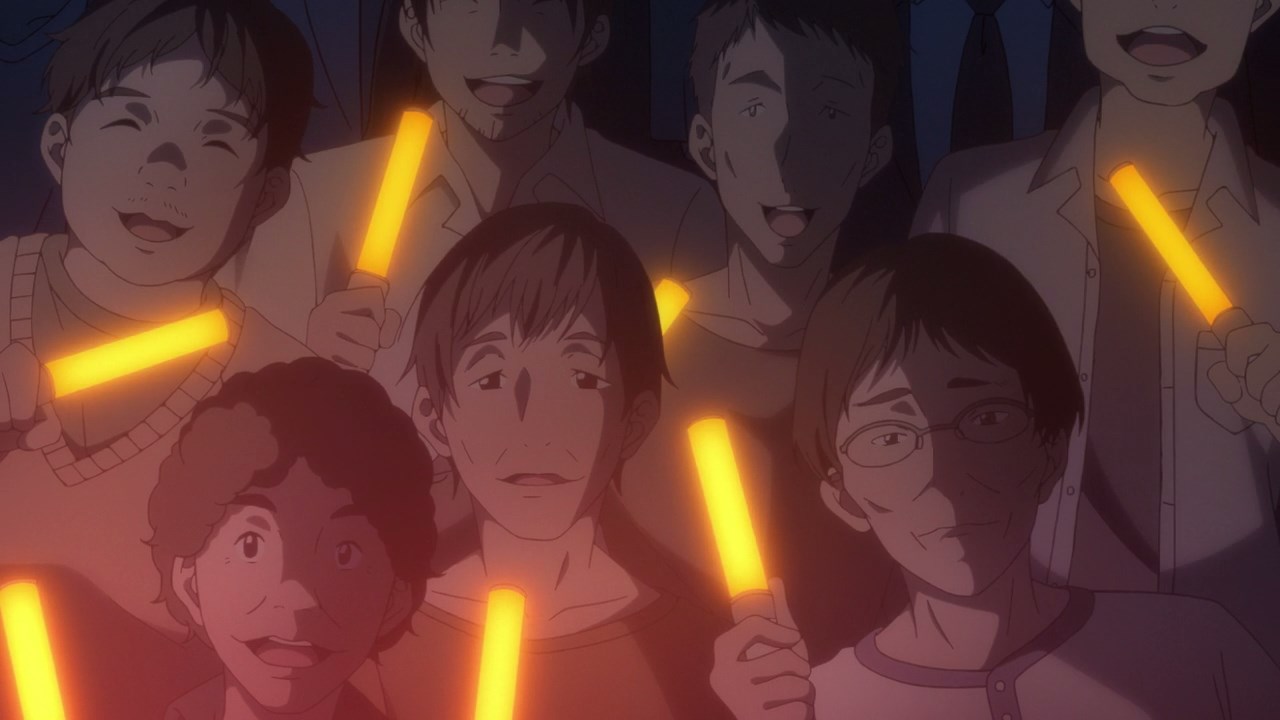 So, she told everyone to turn on their king blades to illuminate the entire live house.

Also, isn’t that a Love Live! reference where their king blades are colored orange? Man, that reminds me of Snow Halation! 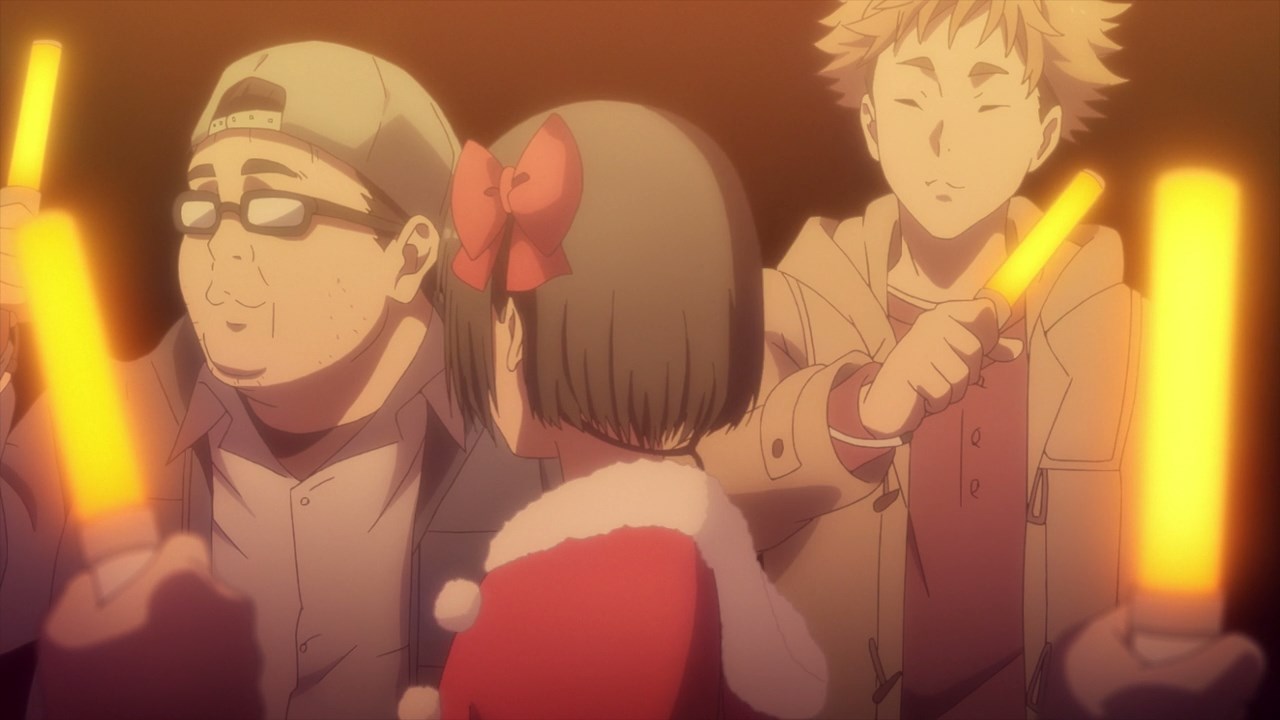 And so, the fans help Cham Jam on getting out the live house with Eripiyo guiding them to safety. I’m impressed that these fans are helping the idols, even in tough situations like this. 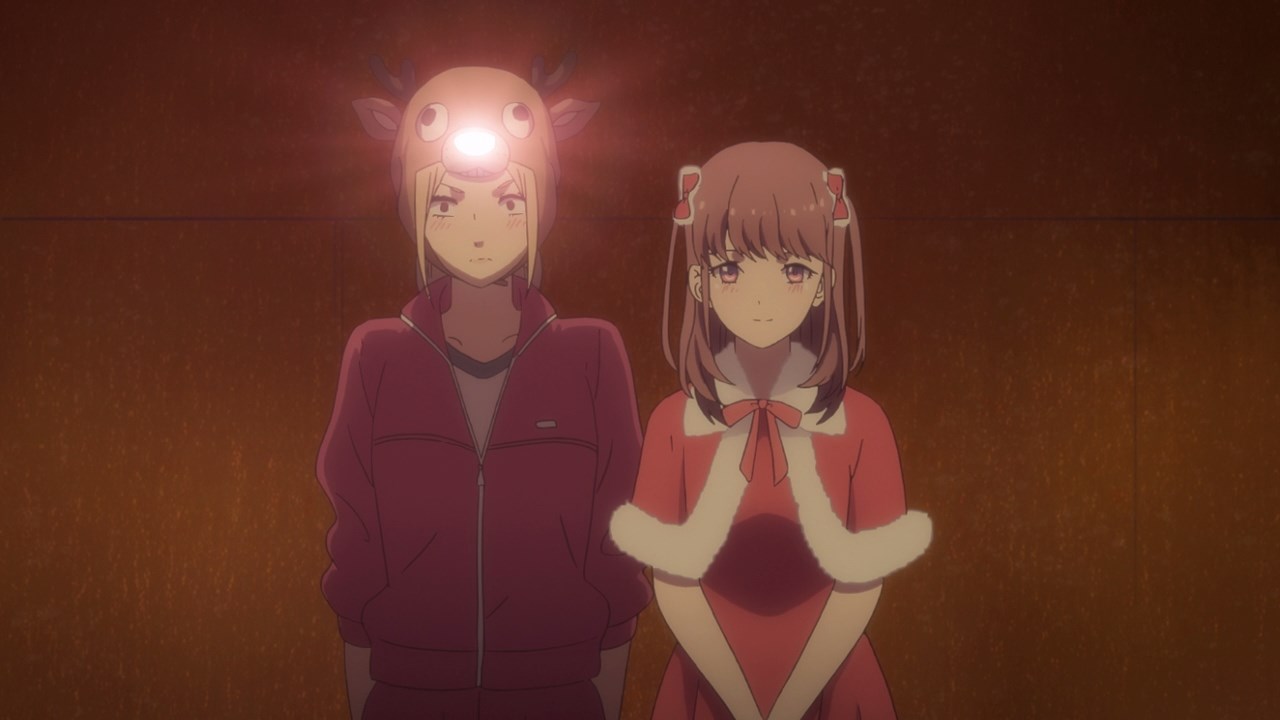 After they guide the idols outside the venue, it’s time for the fans to take a photo of their oshis where Eripiyo got a little bit close to her oshi. 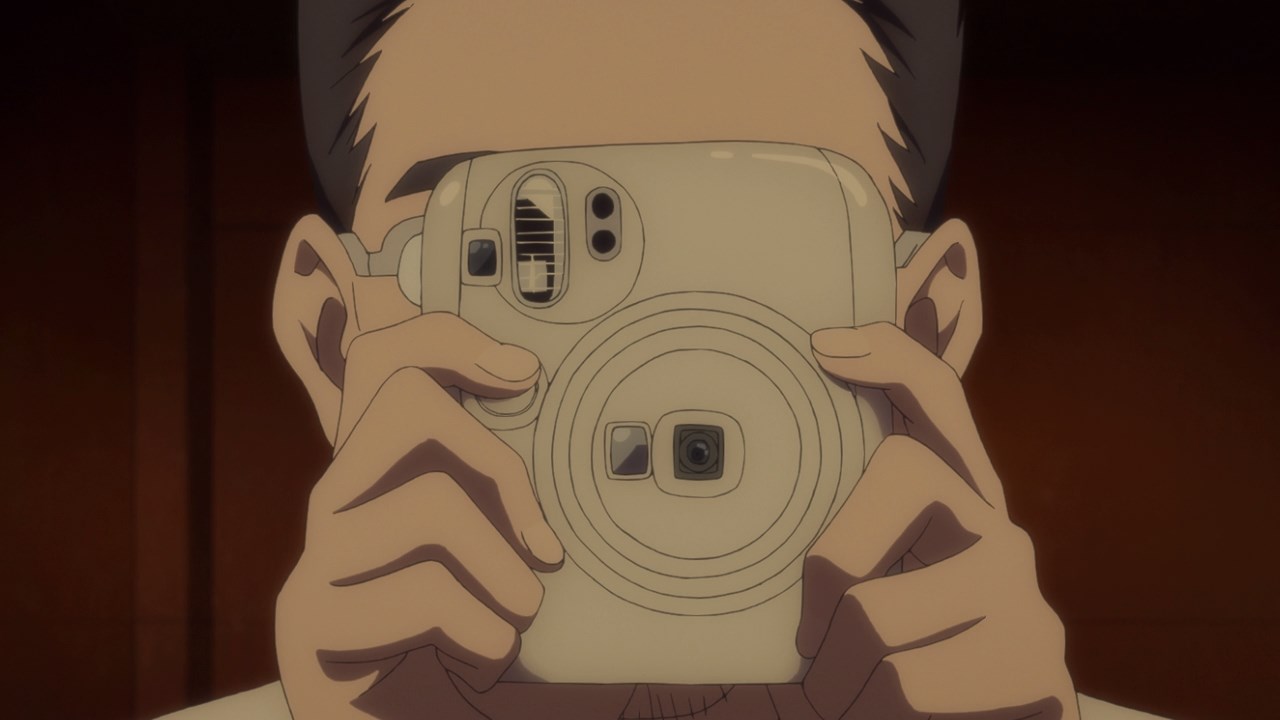 But since they don’t have digital cameras on hand since they got a blackout, the staff have decided to take a picture of them via an instant camera. Talk about old-school stuff right here! 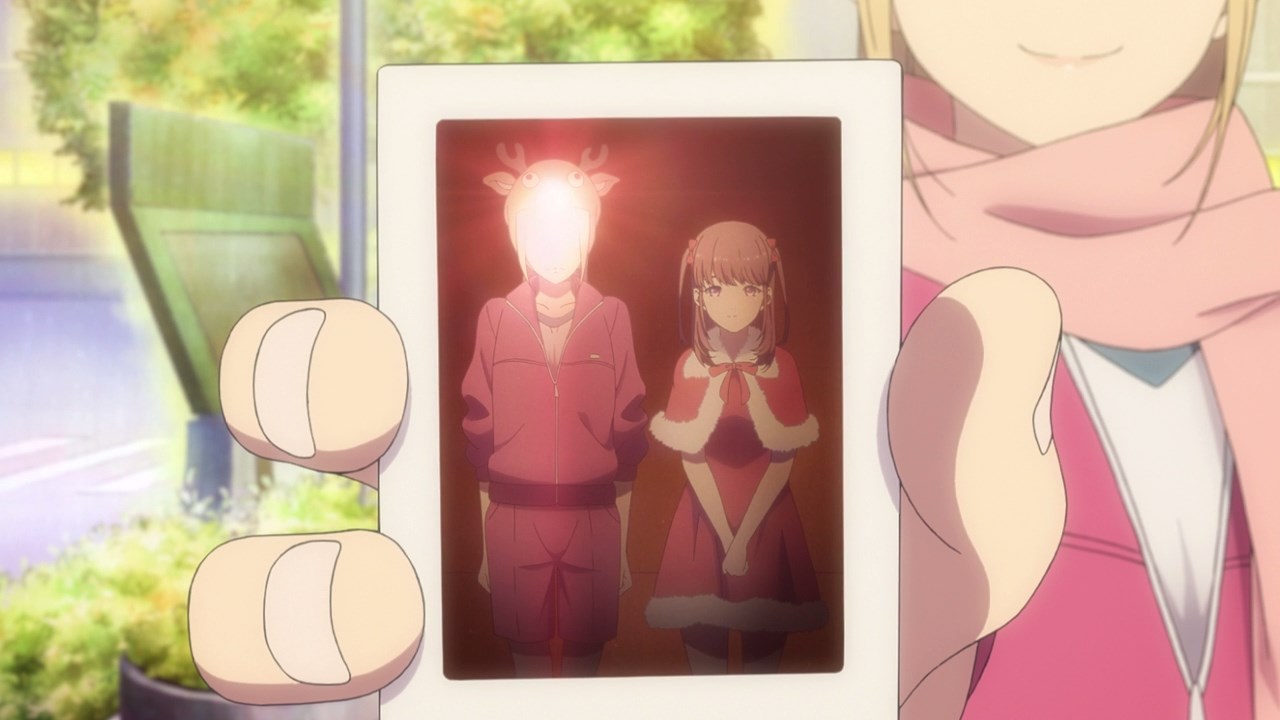 Unfortunately, it turned out badly where Eripiyo’s face wasn’t shown. I guess she didn’t turn off the lamp from her reindeer hat. 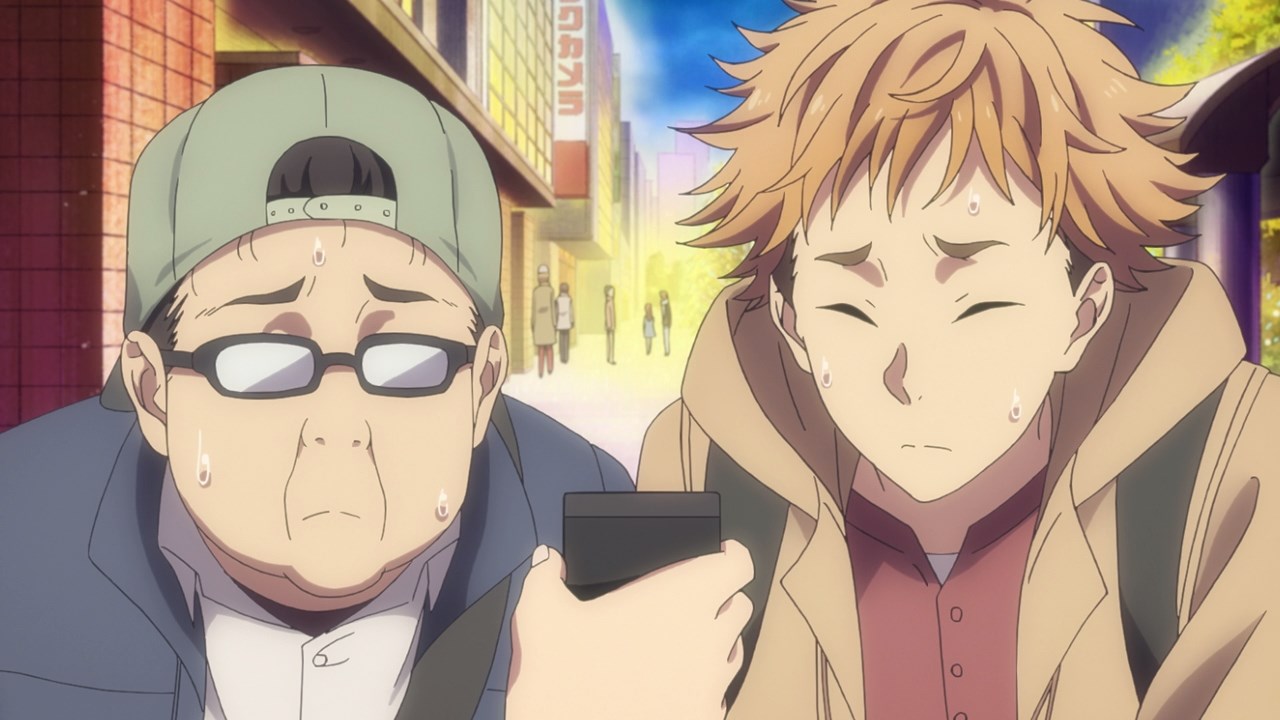 And while Eripiyo doesn’t care so long as she’s with Maina, Kumasa and Motoi are horrified that the picture looked creepy, as if Eripiyo was a ghost who got purged by Joseph Stalin. 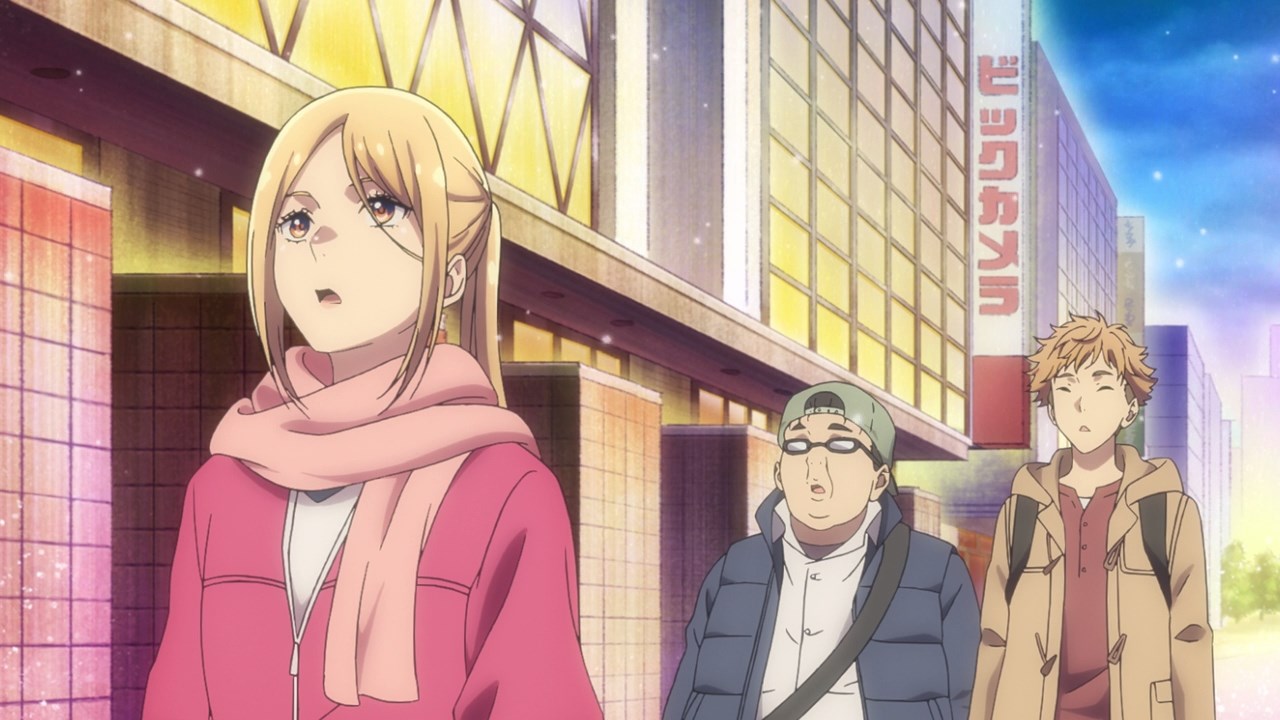 Anyways, let’s end this episode where after the thunderstorm has subsided, the entire city of Okayama is filling up with snow. All I can say that it’s nice to have a miracle on this Christmas episode!

With that said, tune in next time and I hope Maina Ichii got 1st place in the next ranking.