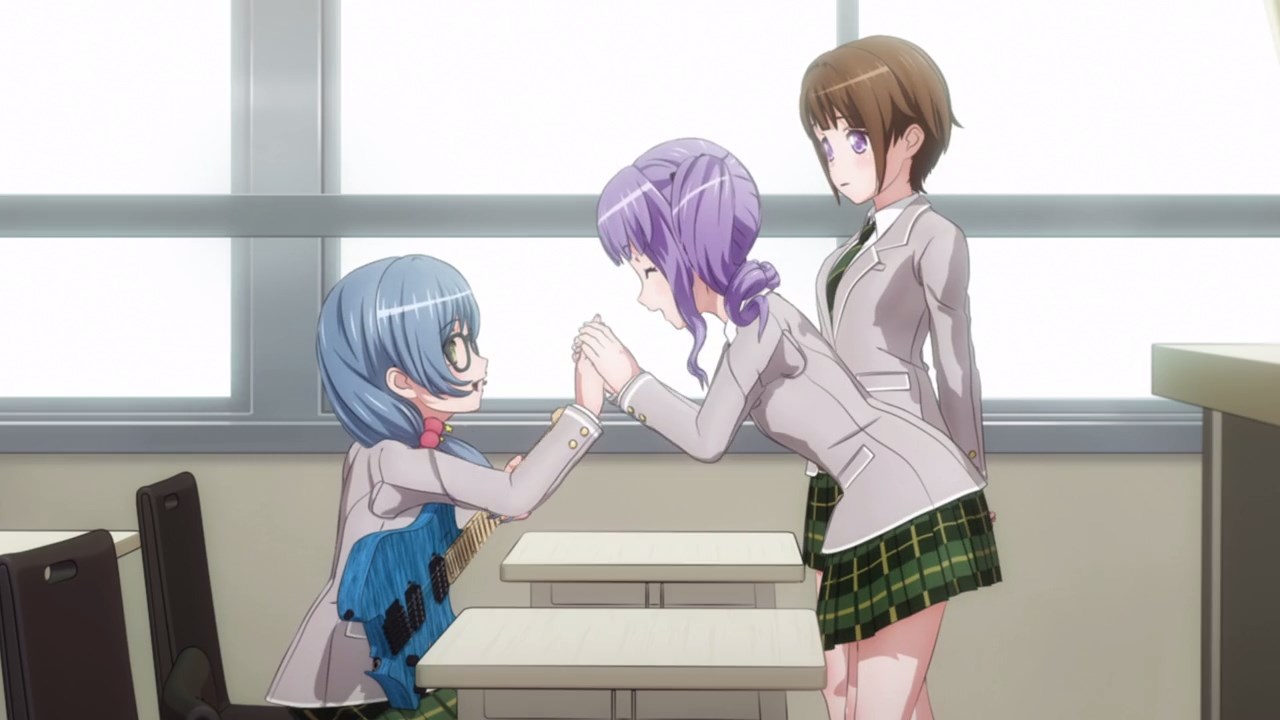 Well everyone, BanG Dream! Season 3 has returned after a month of hiatus and along the way, there are big announcements that happened from the franchise like RAISE A SUILEN making its appearance in BanG Dream! Girls Band Party! along with a new band called Morfonica (which it’ll be saved for future seasons).

But now then, let’s move onto the main topic for this episode shall we as Episode starts off with Rokka Asahi and Ako Udagawa shaking hands ’cause their respective bands are gonna throw down for a band face-off! 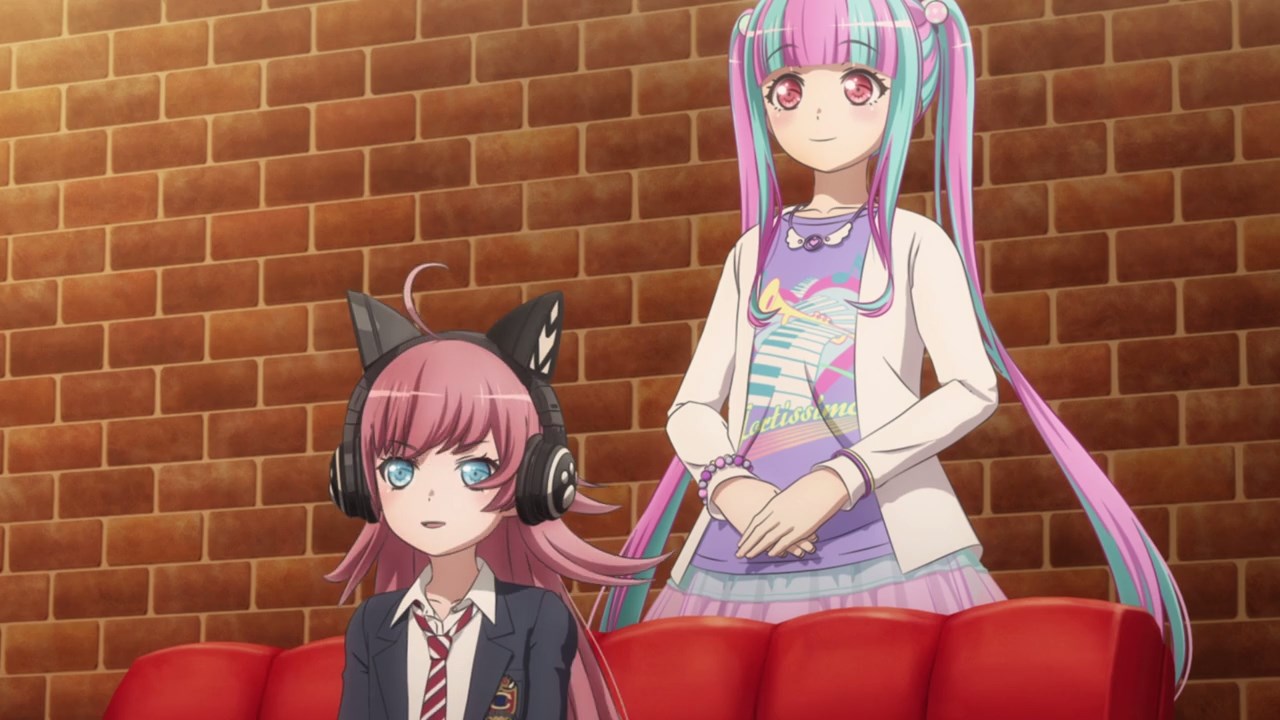 Speaking of RAISE A SUILEN, Chu2 is here to lay out the rules for their face-off against Roselia as they’ll perform at Dub Music Experiment. 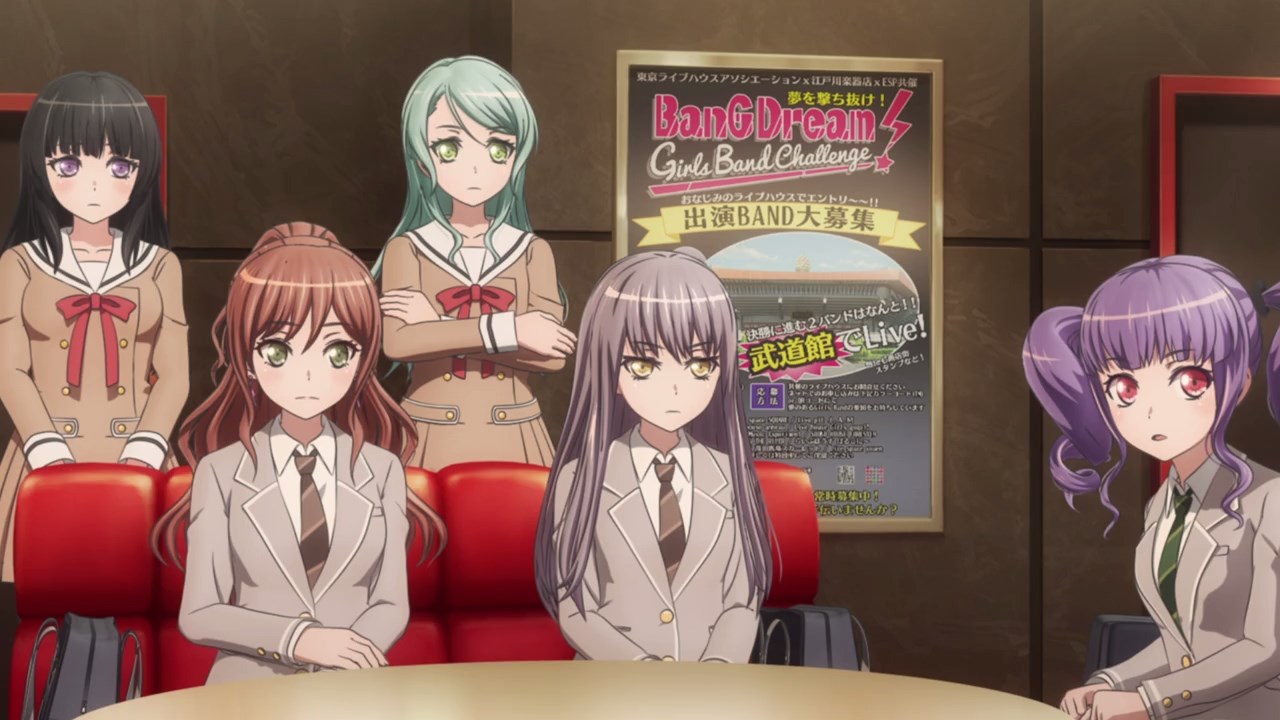 Of course, the members of Roselia are concerned that tackling with RAISE A SUILEN is a waste of time where they should be focusing on Future World Fes. 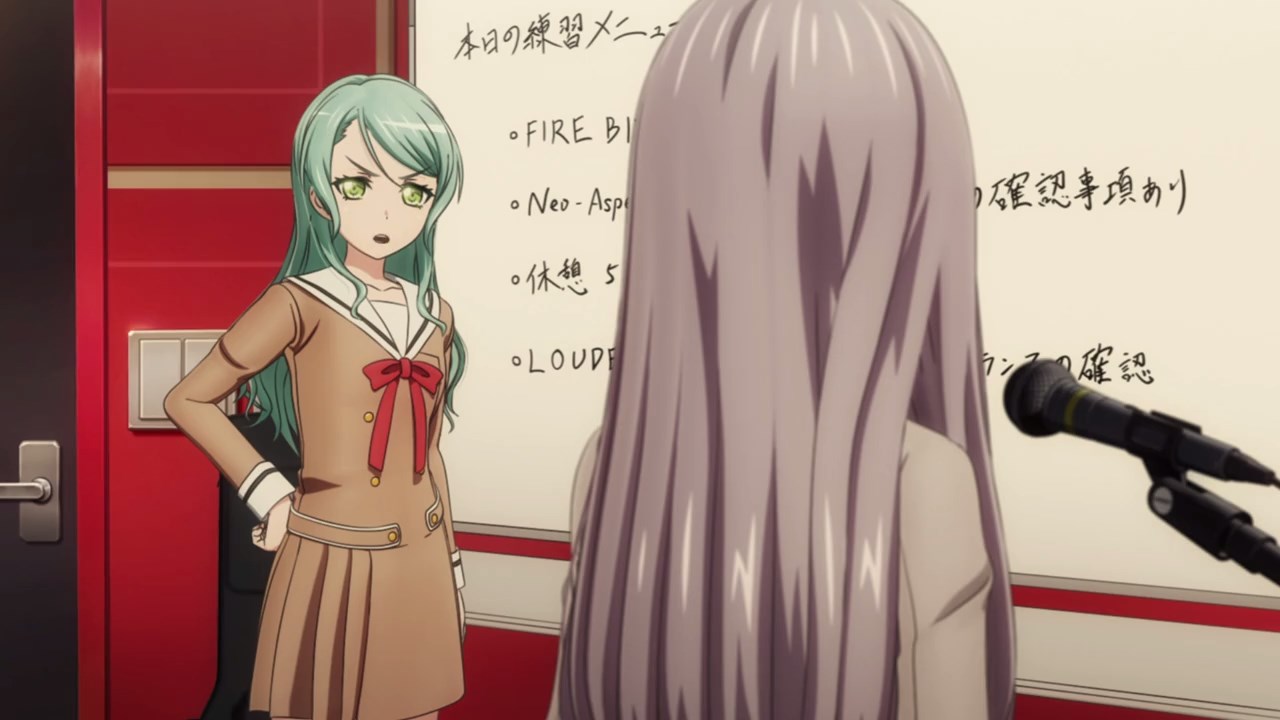 Heck, even Sayo Hikawa found it ridiculous for the band to participate in some stupid showdown that she called Yukina Minato for it.

Then again, Yukina has some reasons as she wants to see it through and not to mention that no matter what the challenges that Roselia faced, they’ll conquer it with full force! 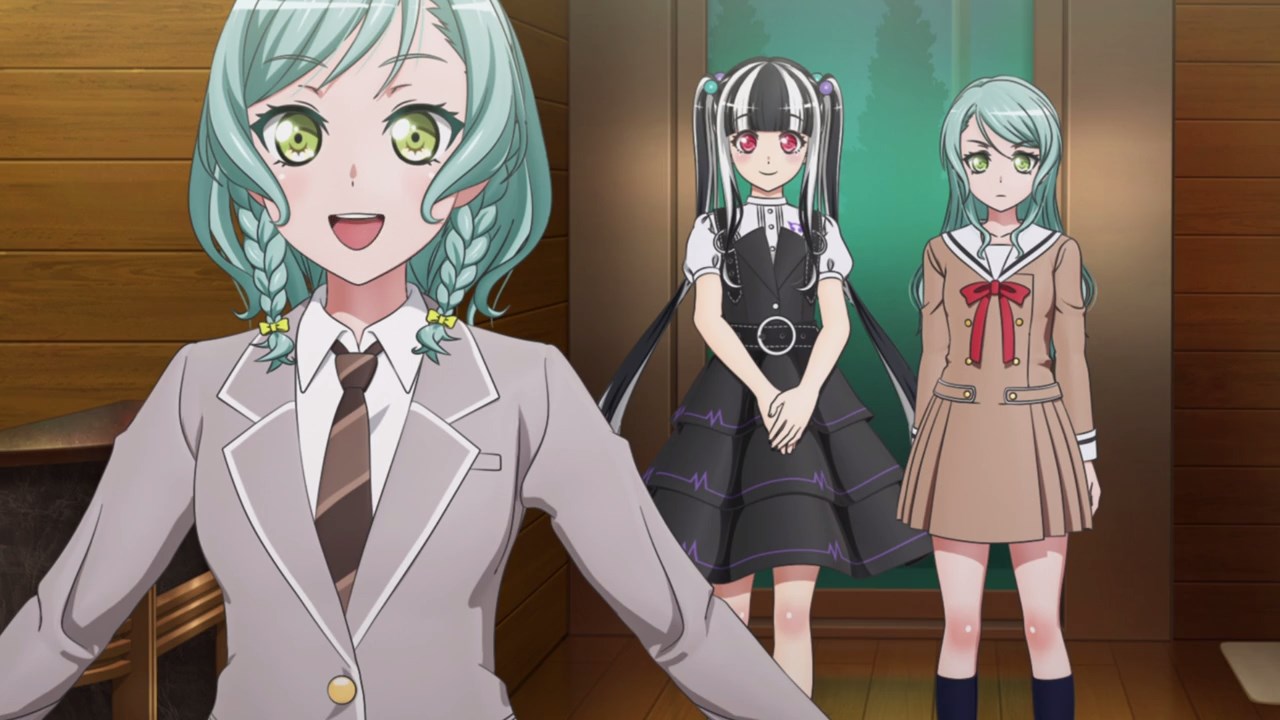 Of course, Sayo Hikawa wants to tell Chu2 to reconsider on challenging Roselia as she went to her penthouse together with Hina.

Oh by the way, Hina Hikawa recognized Pareo (or should I say Reona Nyubara) as she’s a regular fan of Pastel*Palettes. 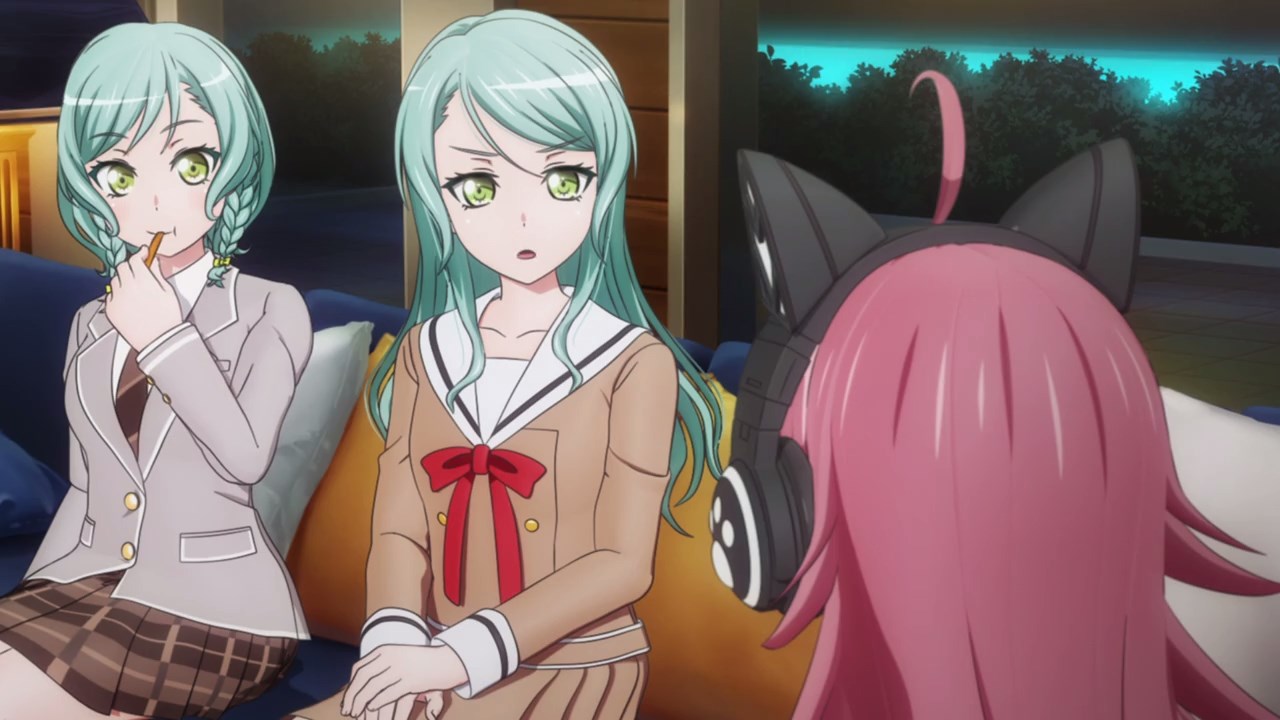 In any case, Sayo wants to cancel the face-off on behalf of Roselia ’cause having RAISE A SUILEN challenging them is a big mistake, yet Chu2 won’t change her mind because she’s dead set on beating Roselia to a pulp!

As for Hina? She’s just chilling out by eating french fries. Oh Hina-chan, you never change with your boppin’ attitude! 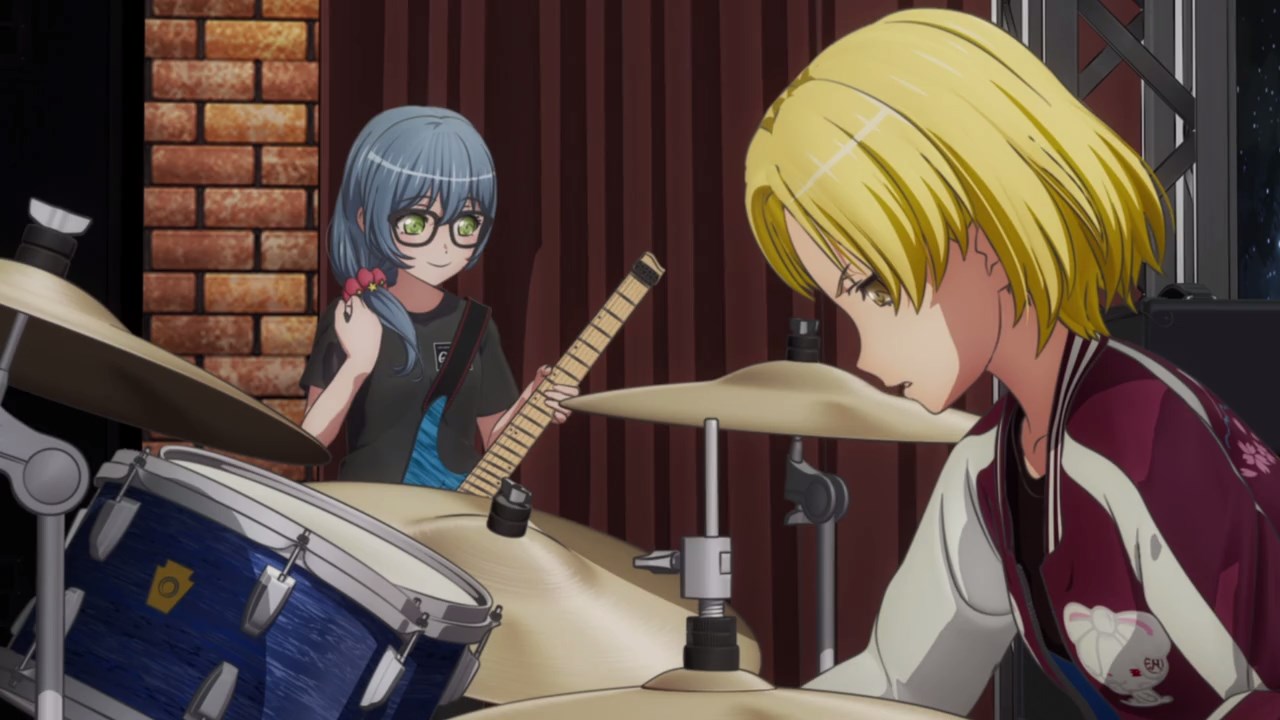 Now let’s move onto Rokka Asahi where she’s practicing her guitar skills along with Masuki Sato, although they’re worried about what comes after the face-off.

You know something, RAS shouldn’t just fixated on beating Roselia just to become the number one girls band! 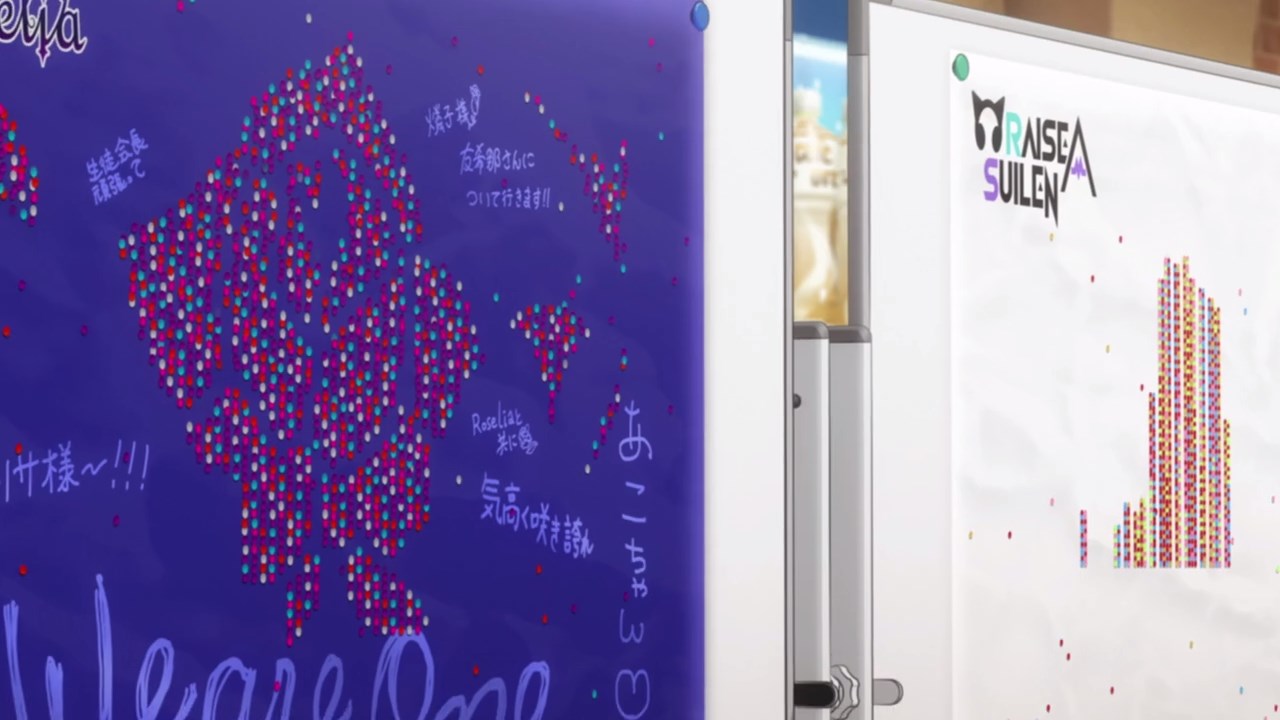 And now, it’s time for the showdown between Roselia and RAISE A SUILEN where attendees will cast their vote on who’s the best band for tonight.

By the way, seems that Roselia fans are making a flower at the board. 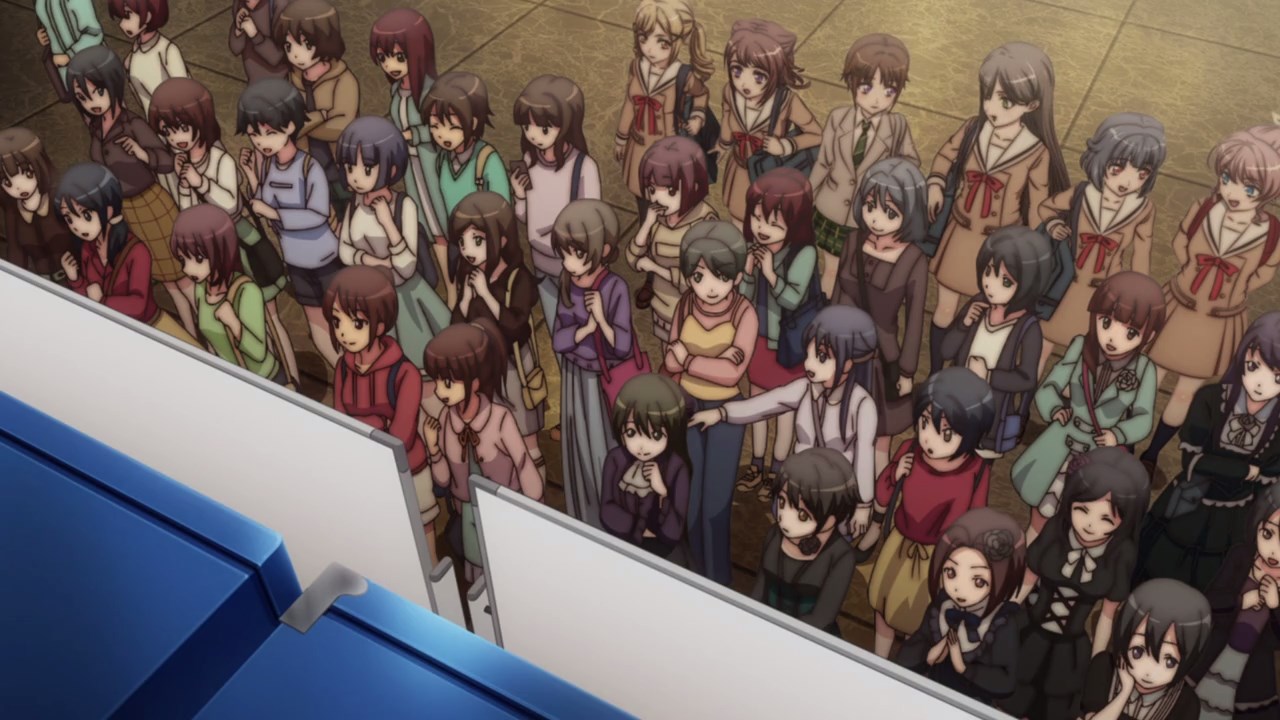 Anyways, people are excited to see the two biggest girls bands in one venue. While RAISE A SUILEN is fully-prepared, where’s Roselia? 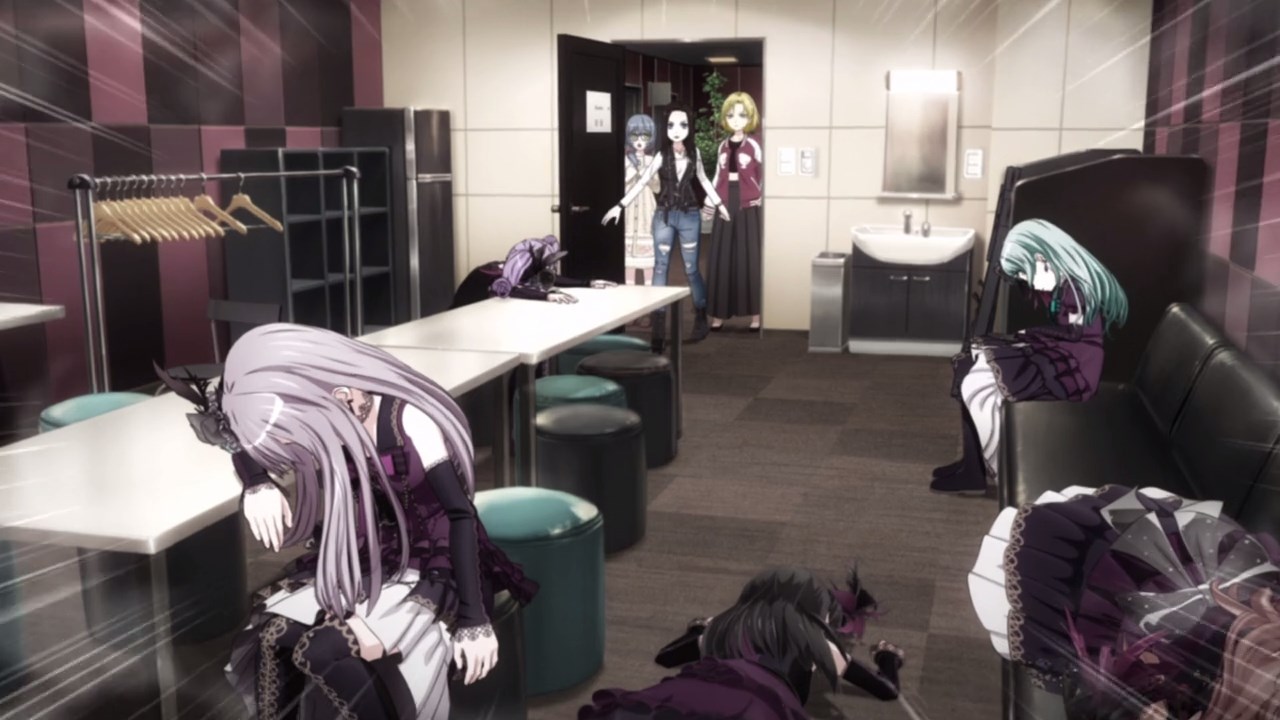 Sure that some people will be shocked that Roselia turned into white ash but that’s normal for Yukina Minato and the rest of her band. 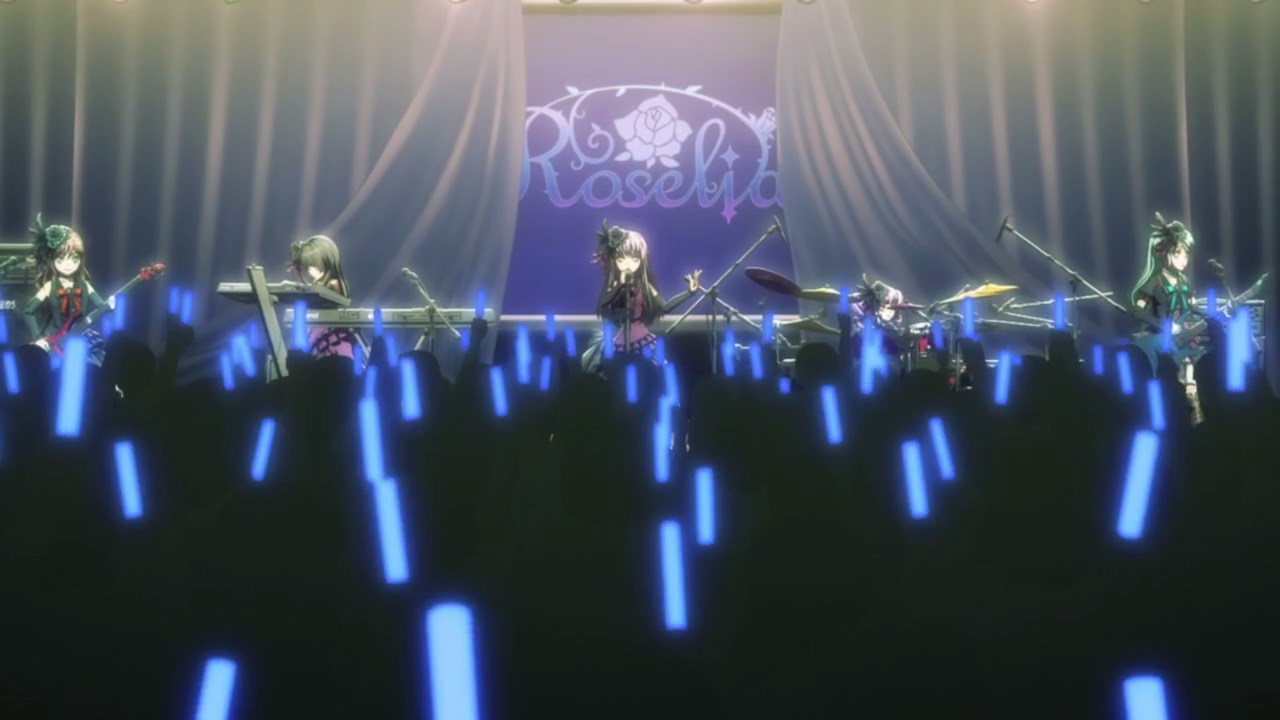 And once they up and ready, Roselia set the entire stage on fire as they perform “Louder”. Now, let’s see what’s in store for RAISE A SUILEN? 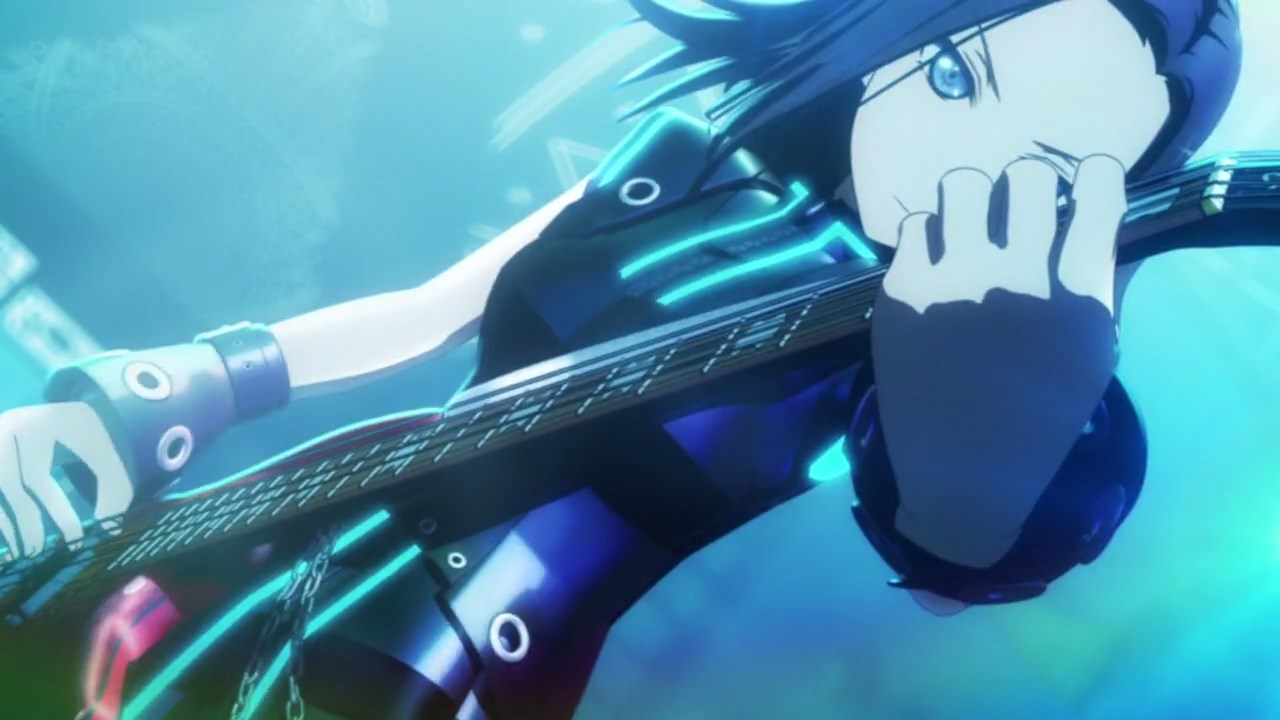 Anyways, here’s RAS where they perform “EXPOSE ‘Burn out!!!'” and it’s still lit as hell! 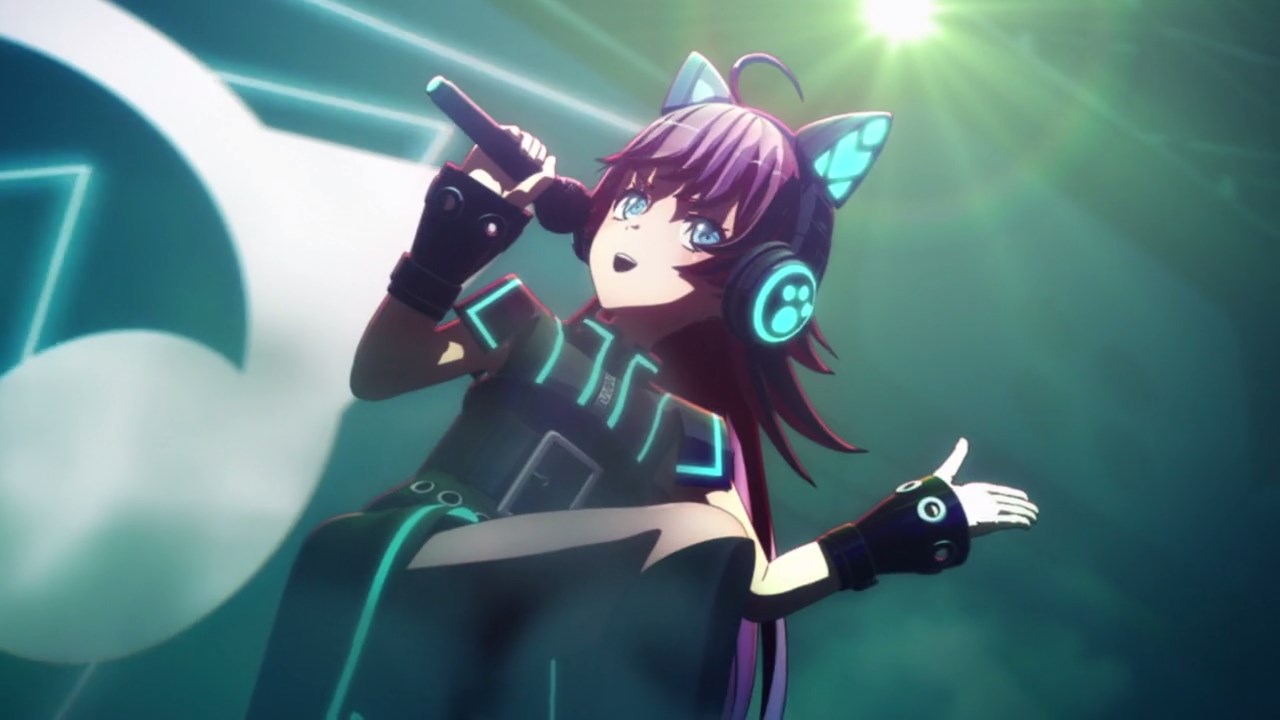 Oh, and let’s not forget Chu2 where she’s throwing down with her sick rap! Yeah, Chu2 is not gonna drop mom’s spaghetti on her part.

Still, both girls bands are awesome but only one of them will come up on top. 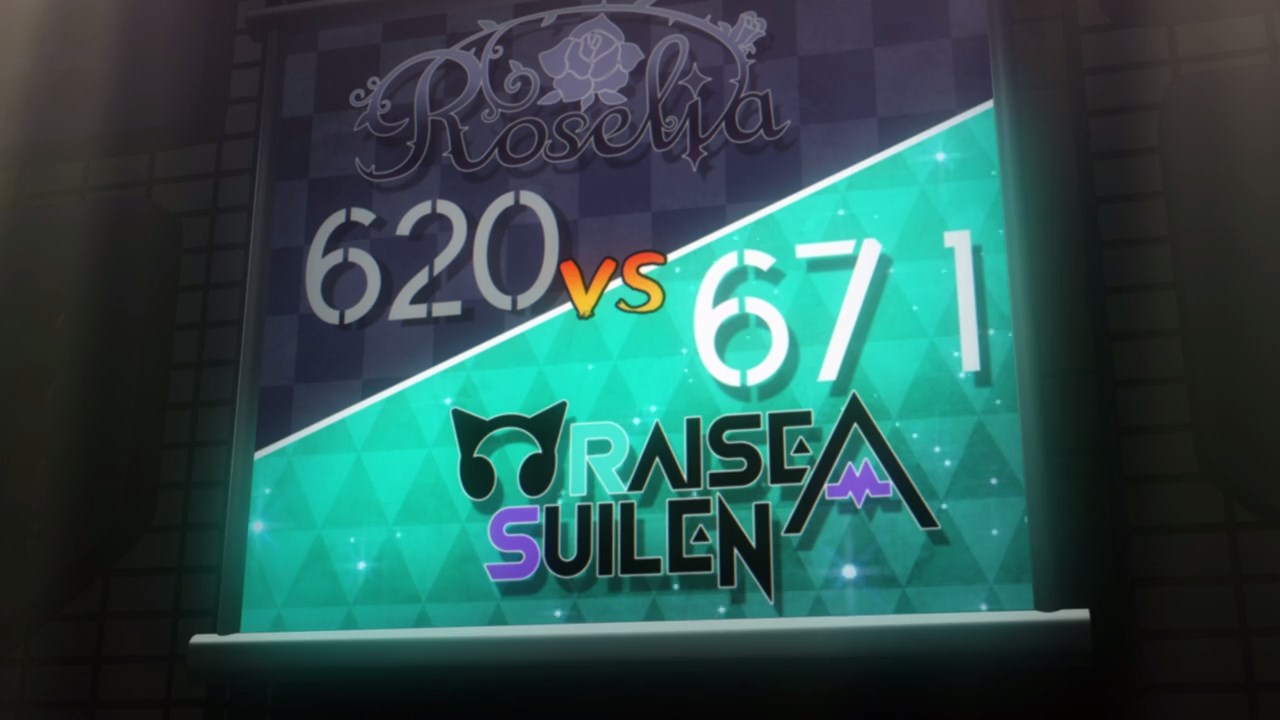 And it turns out, it was RAISE A SUILEN who won the showdown with 671 votes compared to Roselia where they have 620 votes. 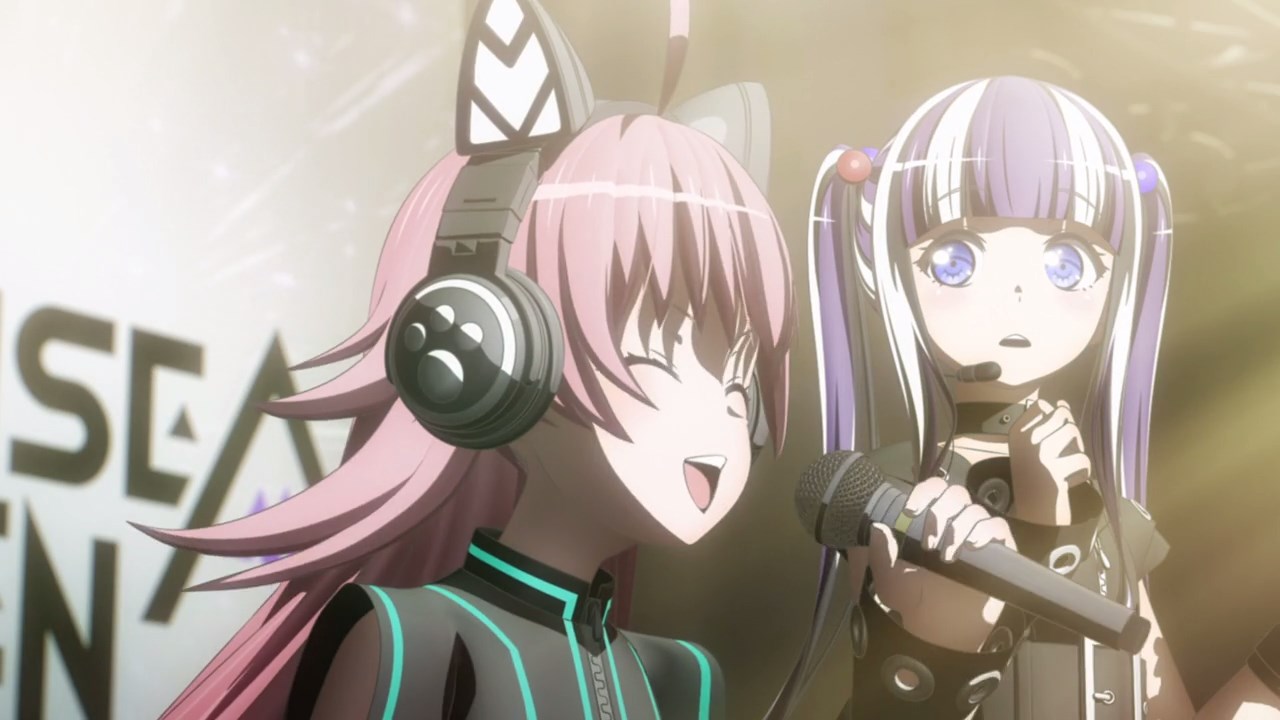 For RAISE A SUILEN, it’s vindication that they’re the best girls band in the world, but I doubt that the results are rigged! 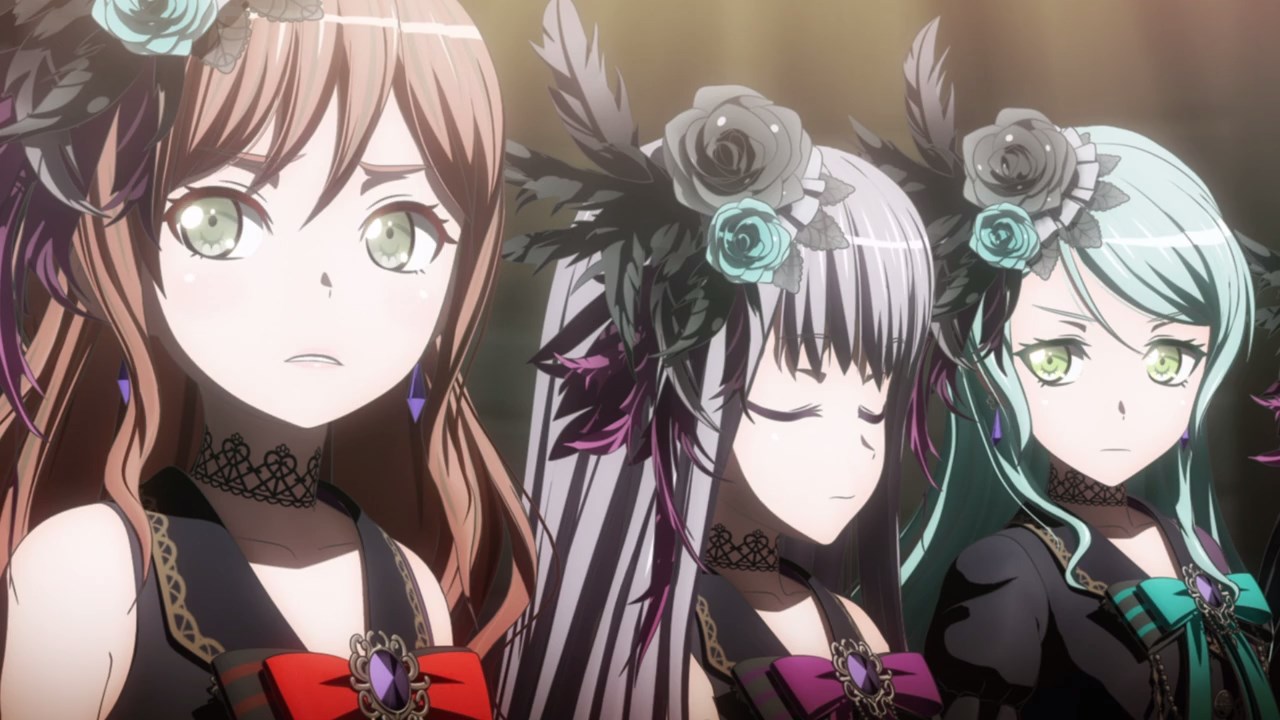 But for Roselia however, seems that they have some regrets on having a showdown with RAISE A SUILEN ’cause it’s a waste of time and this result of this showdown is a farce. Looks like Sayo Hikawa is right that challenging RAS is stupid.

Now that the dust has been settled, RAISE A SUILEN has pulled the lead over Roselia in leading up to the Budokan final. Of course, there are still some girls bands out there who are gonna take the No. 2 spot.

Anyways, tune in next time as we’ll see the aftermath of this band face-off!