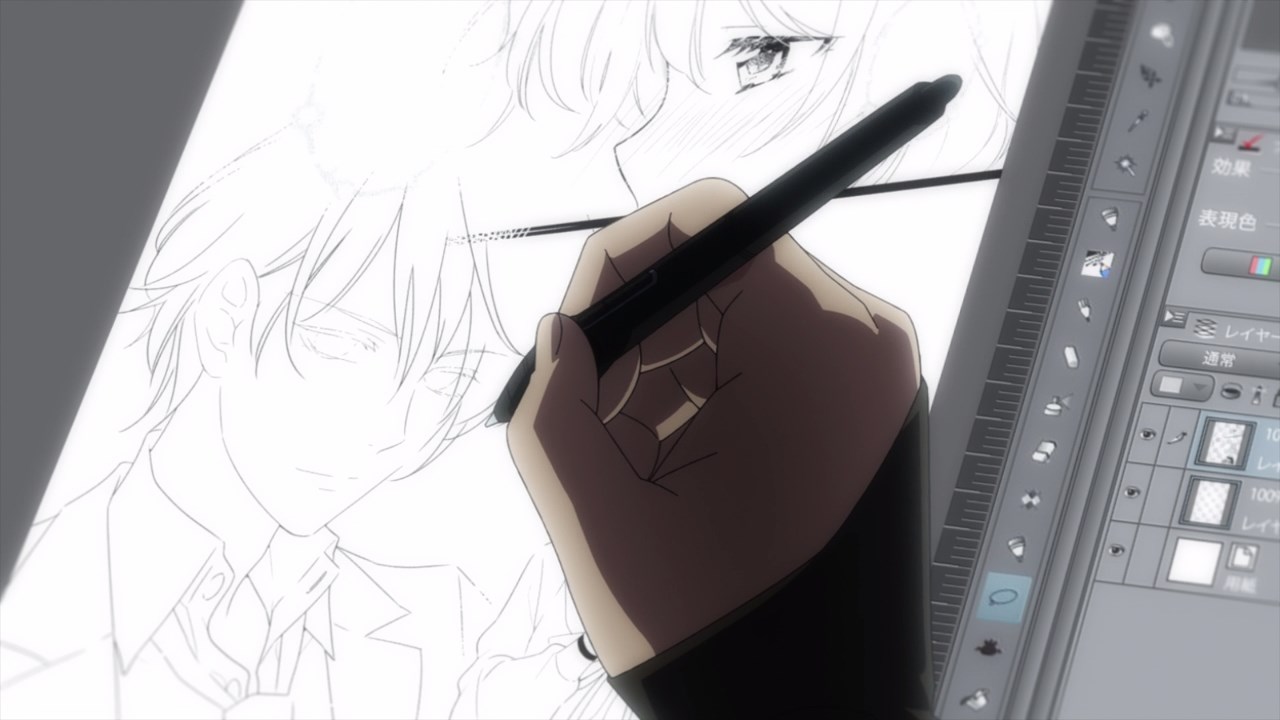 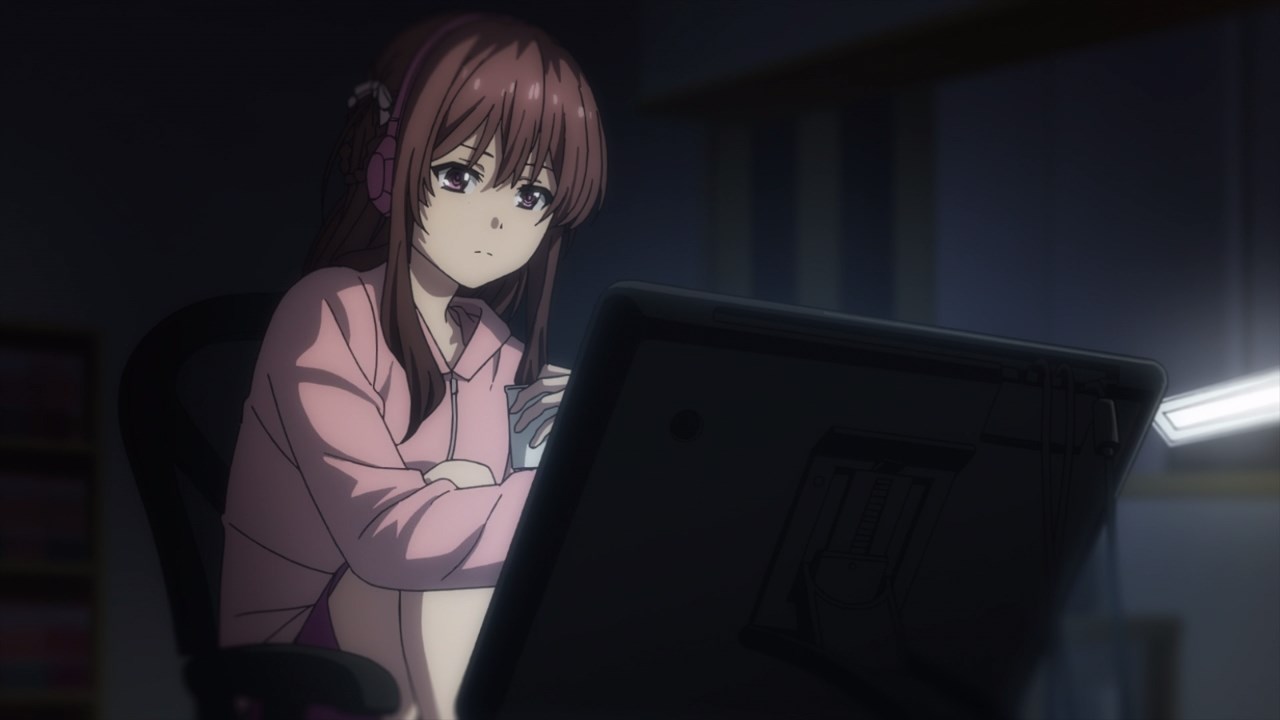 Well, this is an interesting discovery from Ayaka Tachikawa as she’s a manga artist. And I have to say that she’s quite good at drawing manga.

Of course, I don’t know why would Production GIP would recruit Ayaka when she’s doing fine as a mangaka? 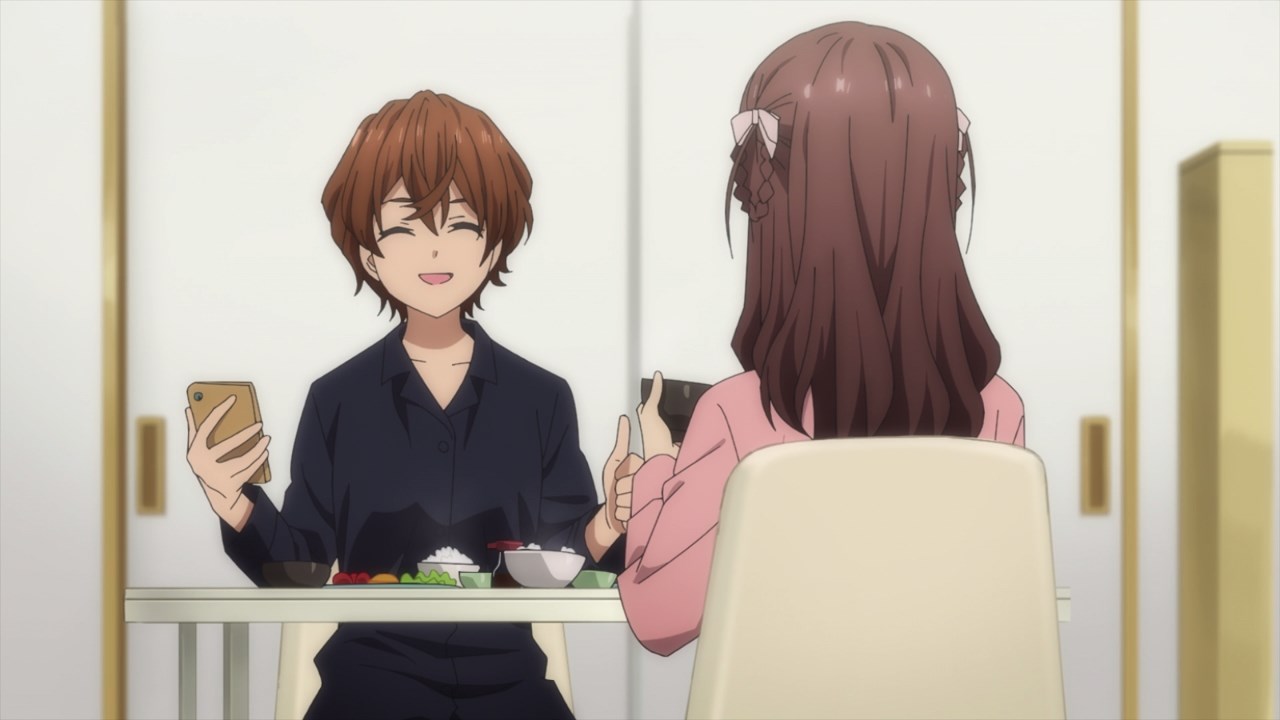 On the other hand, Ayaka has 2 older sisters, although one of them is featured on this episode.

Meet Ayane Tachikawa and she’s happy that her little sister is in the idol business. Of course, their relationship is not that great from 12 years ago. 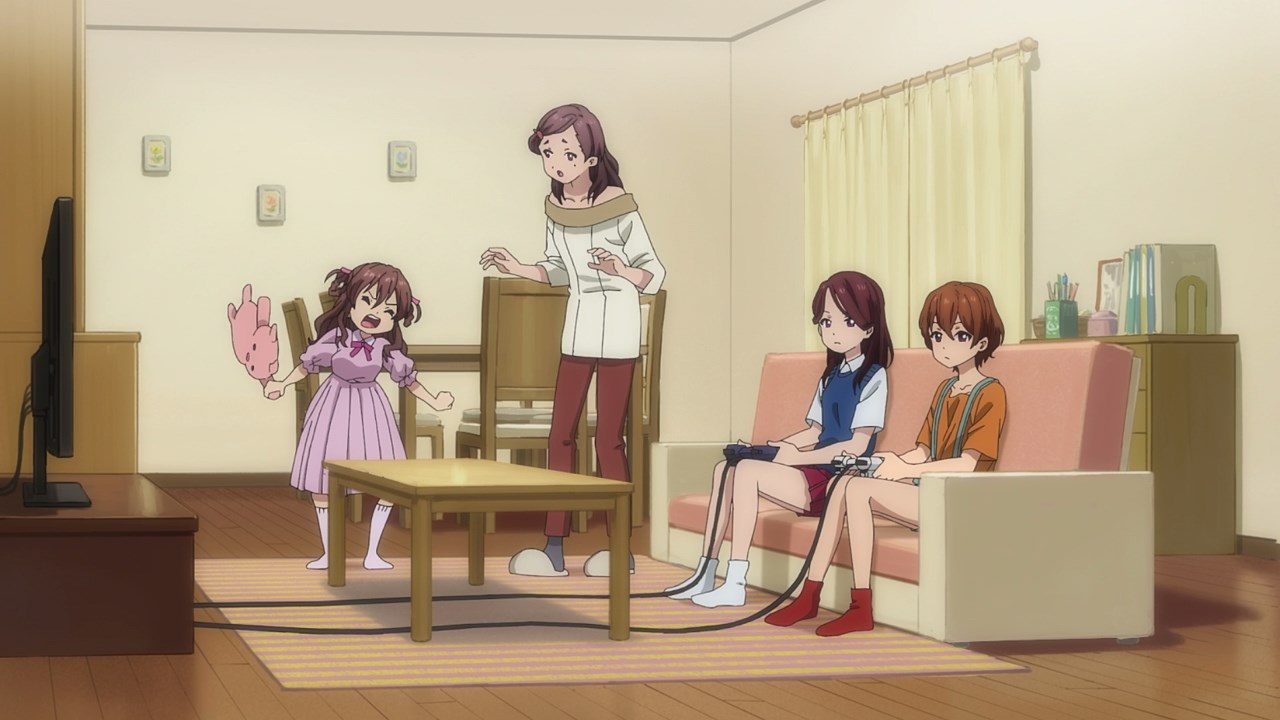 You see, Ayaka was a crybaby back in the day where she got bullied by both Ayana and Ayane Tachikawa. The only thing that calms Ayaka down is her mother where she sing a lullaby.

Anyways, Ayaka Tachikawa doesn’t like her older sisters because they made her life miserable. 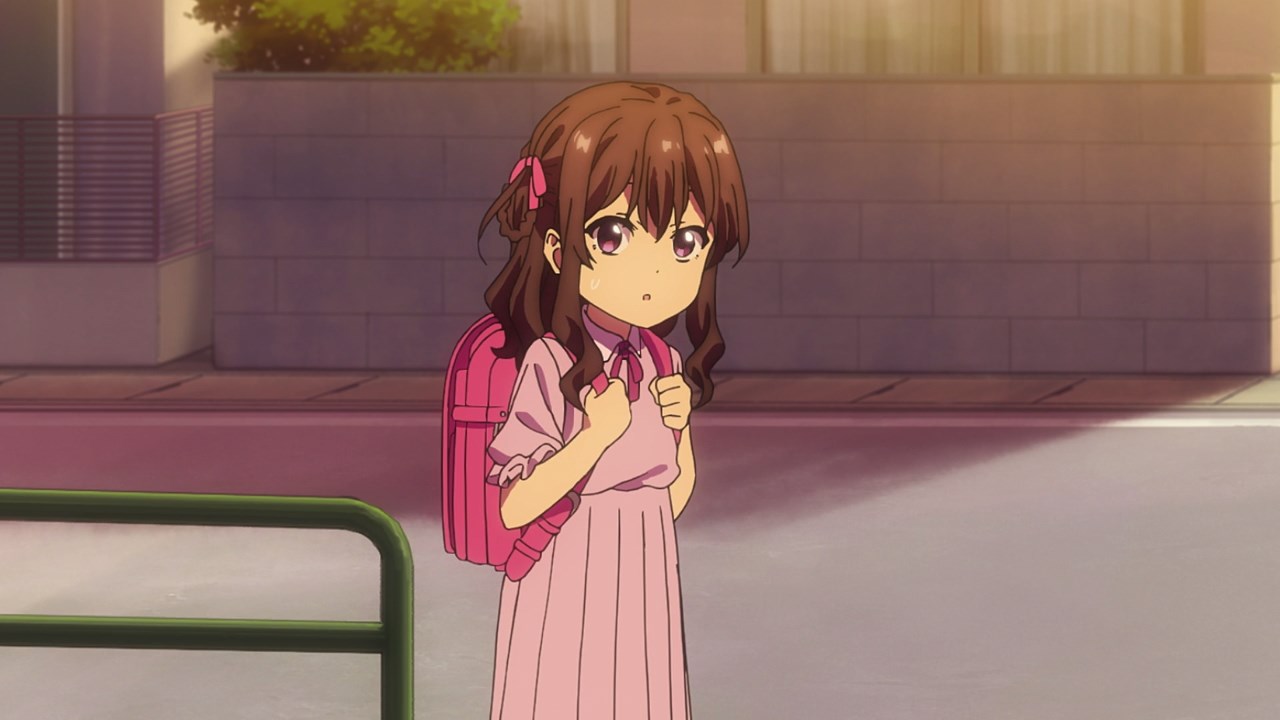 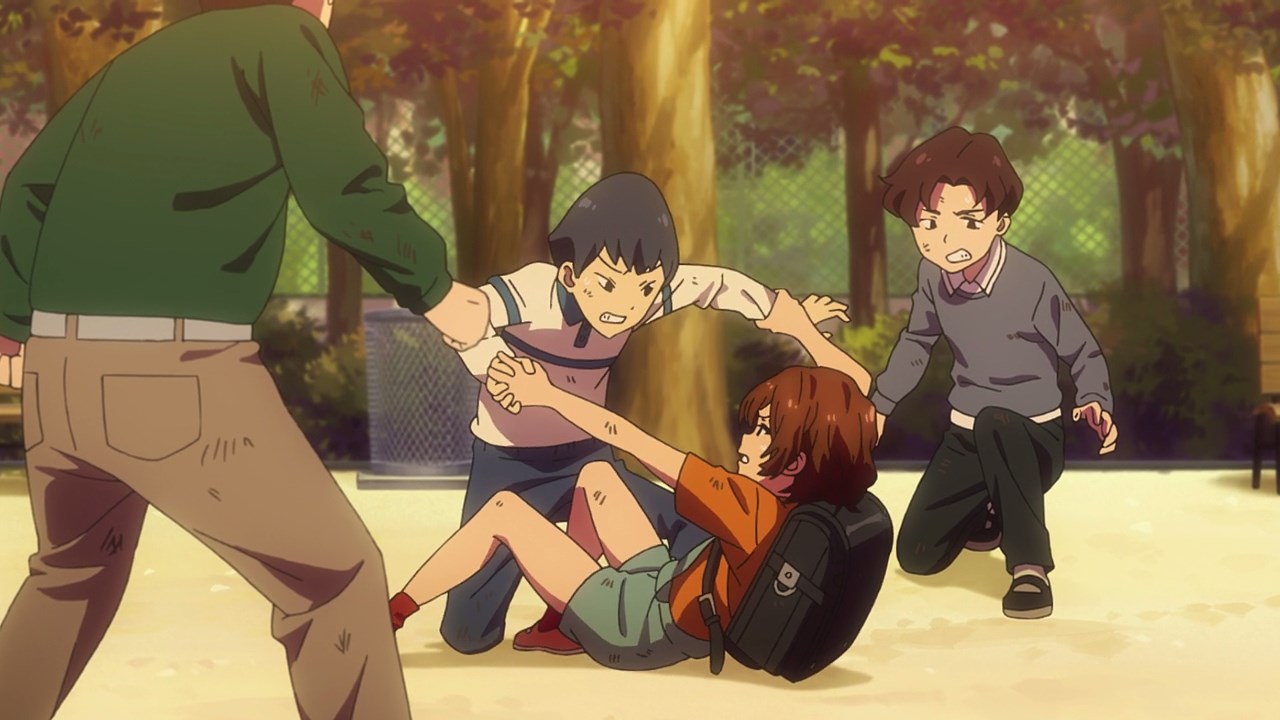 …only to find Ayane being ganged-up by three boys. Sure that Ayane likes to pick up fights, but she’s in a pretty dire situation right now. 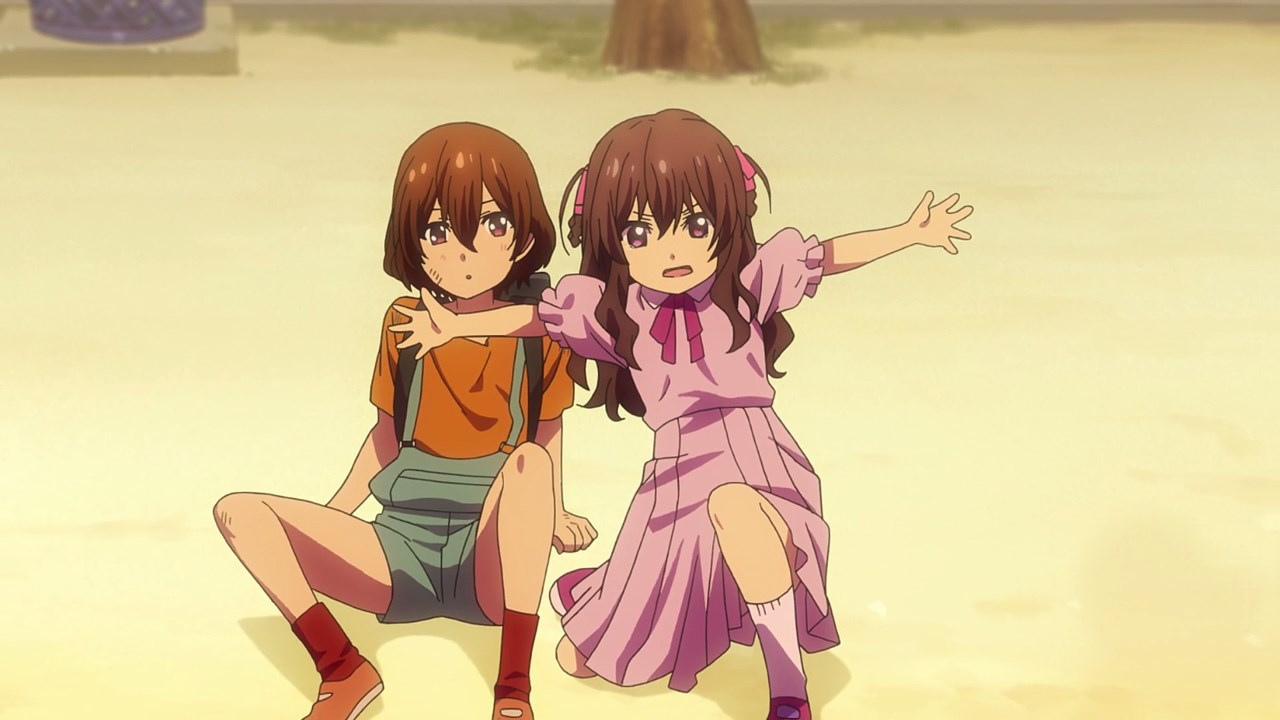 So, Ayaka stepped in to defend her sister but even then, she’s no match against older boys and I can’t bear to watch this! 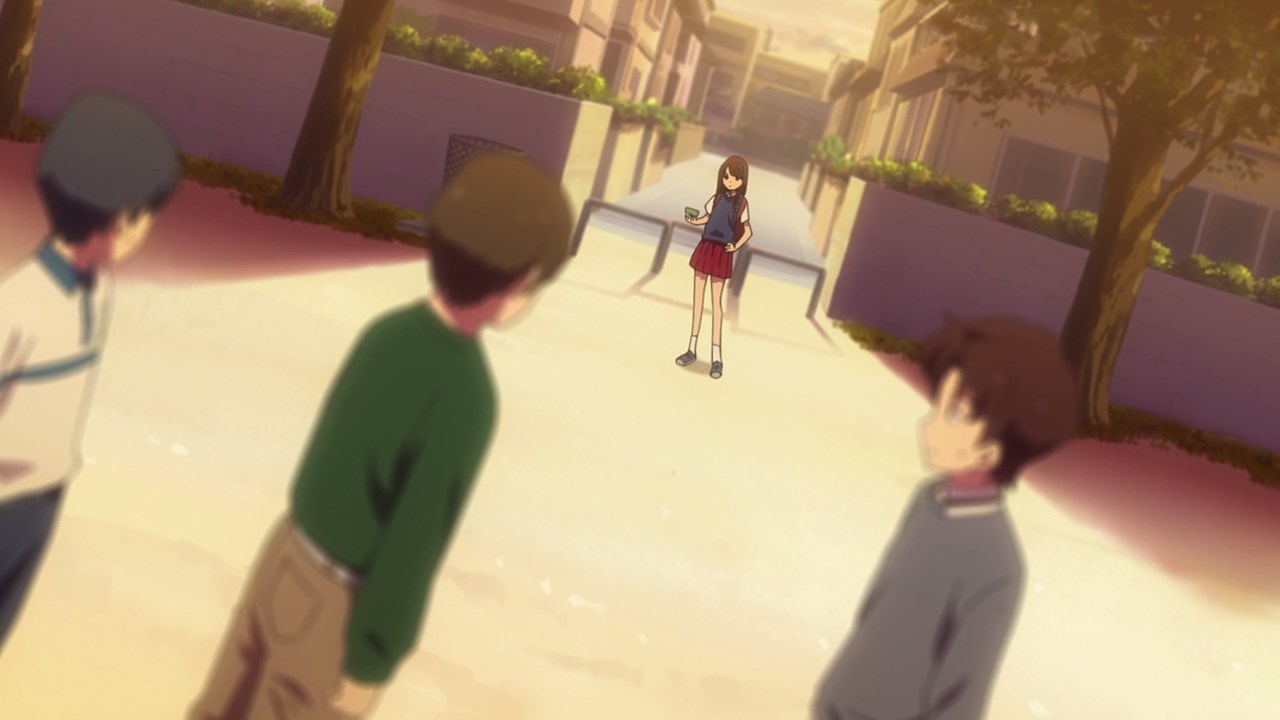 Fortunately, looks like Ayaka’s eldest sister has come to the rescue and she won’t tolerate on those boys. 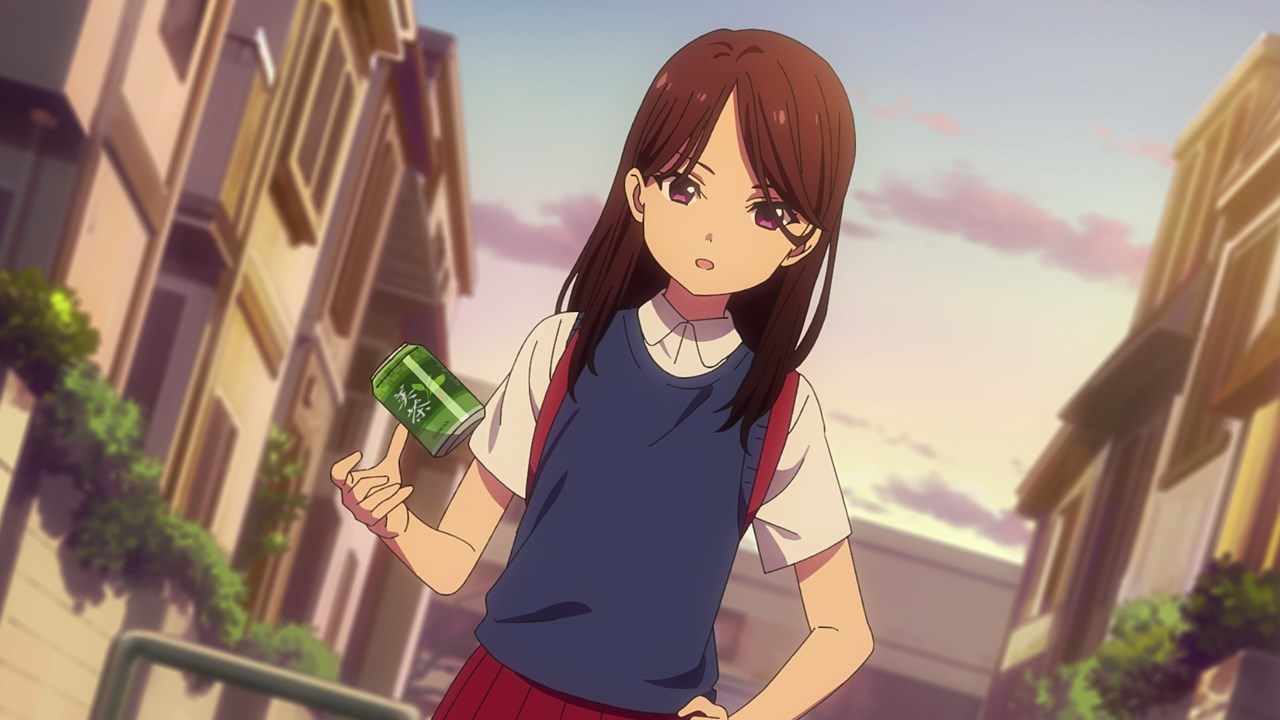 I mean look at Ayana, she told those rowdy boys to scram or she’s gonna throw a fastball on them with a soda can. 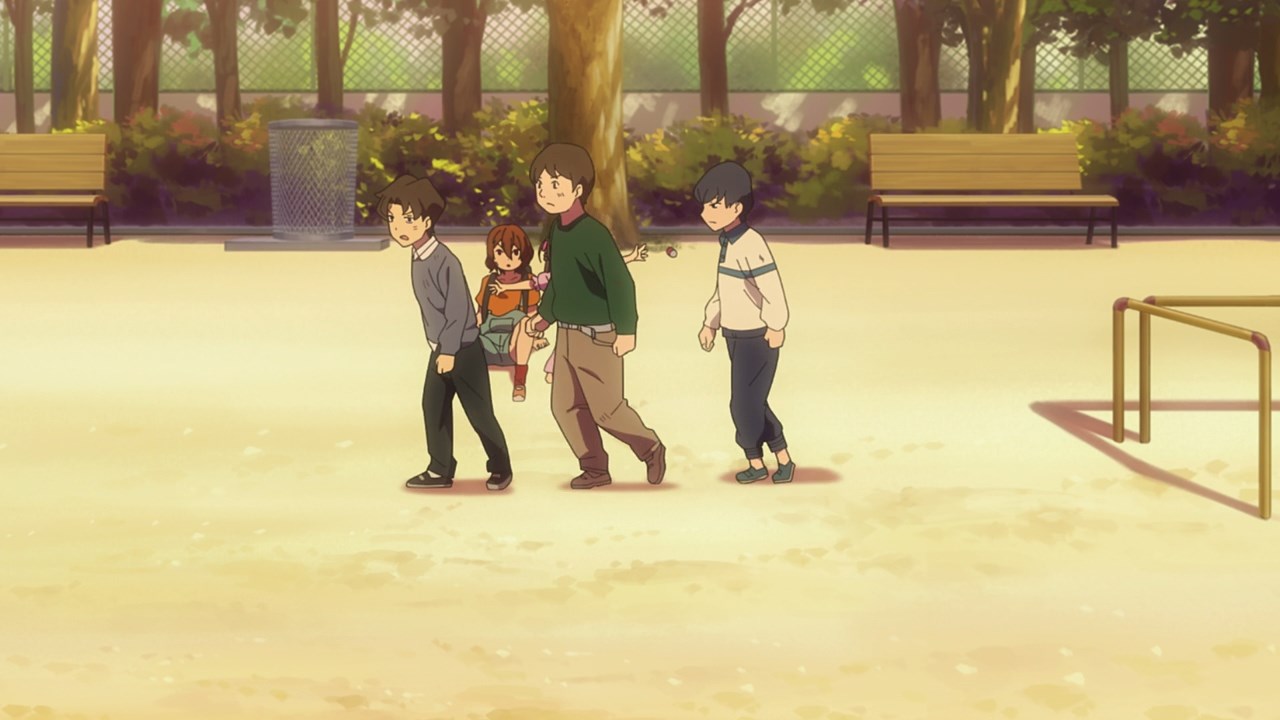 And since these boys can’t handle an older girl like Ayana, they left the scene because they’re scared of being beaten by her. 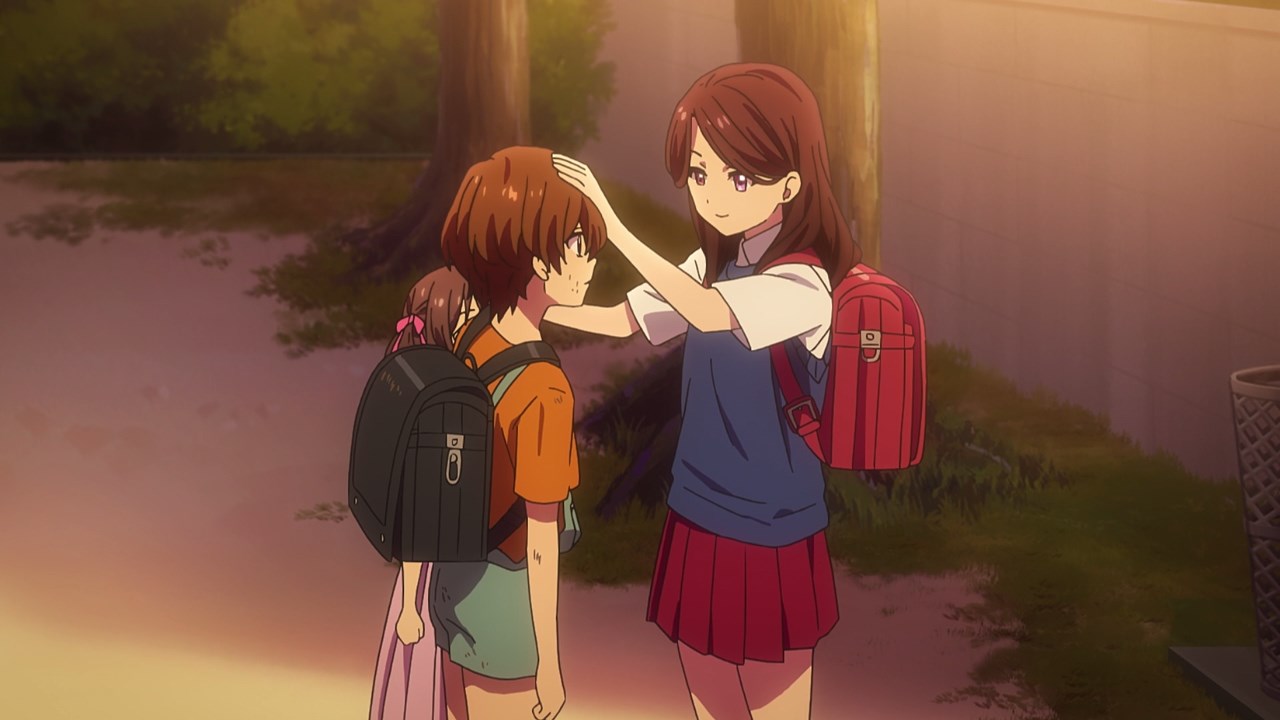 In any case, Ayana rescued both sisters and they all lived happily ever after.

Well, not quite because while Ayane Tachikawa got a bit better as she still hanging out at Ayaka’s apartment, I’m not sure what happened to Ayana Tachikawa. 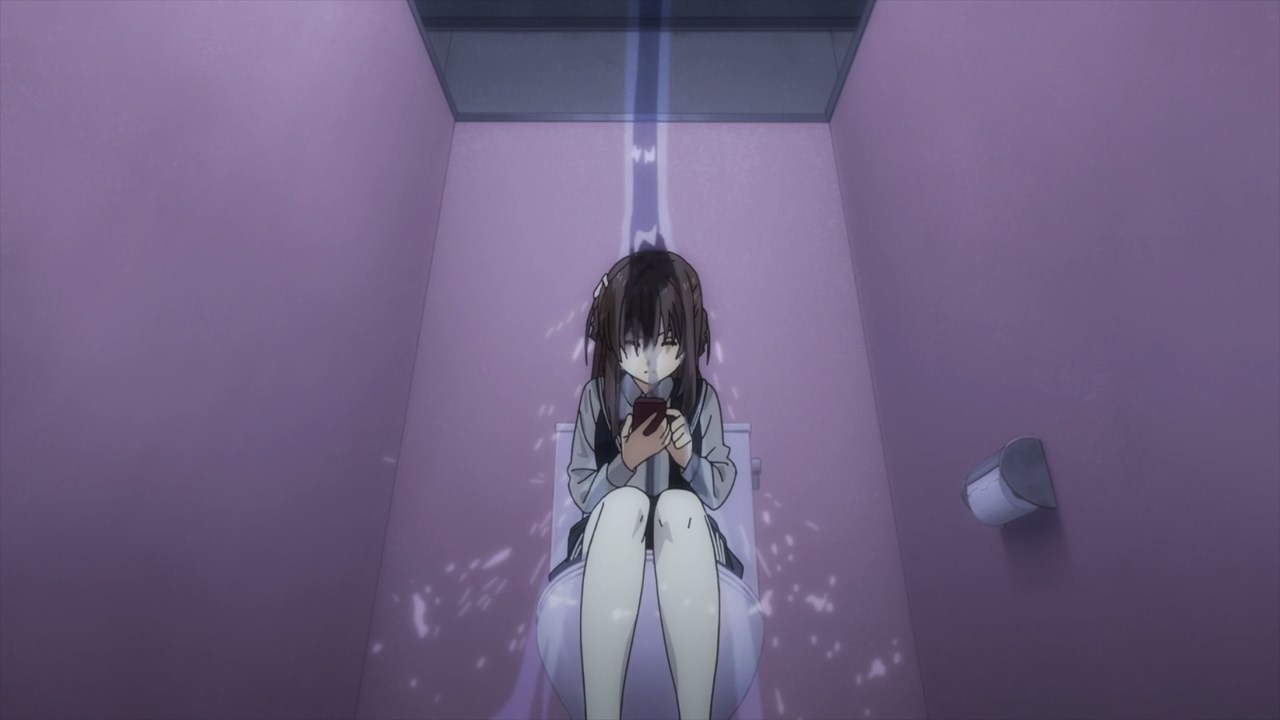 But speaking of Ayaka, things are not looking good during her middle school years where she got bullied.

And since both Ayane and Ayana went to different schools, she can’t have someone to ask for help. 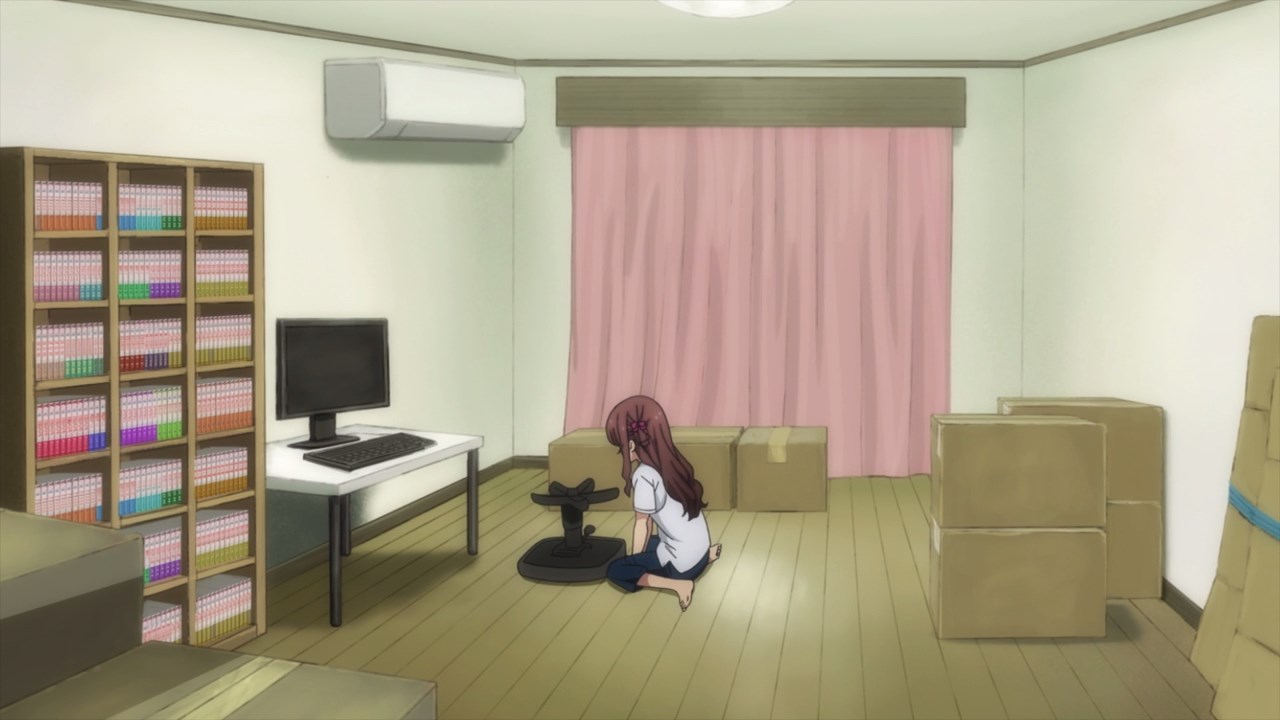 By the time Ayaka became a high school student, she’s living on her own as Ayaka worked full-time as a mangaka which means that she has less time going to school… until Ayaka receives an invitation letter from Production GIP.

Now let’s move onto the present where 22/7 went to Hakodate in Hokkaido for some rest and relaxation before they focus on their upcoming anniversary concert.

Oh, and they brought The Wall’s cat avatar for a ride because it would be lonely if The Wall got left out. 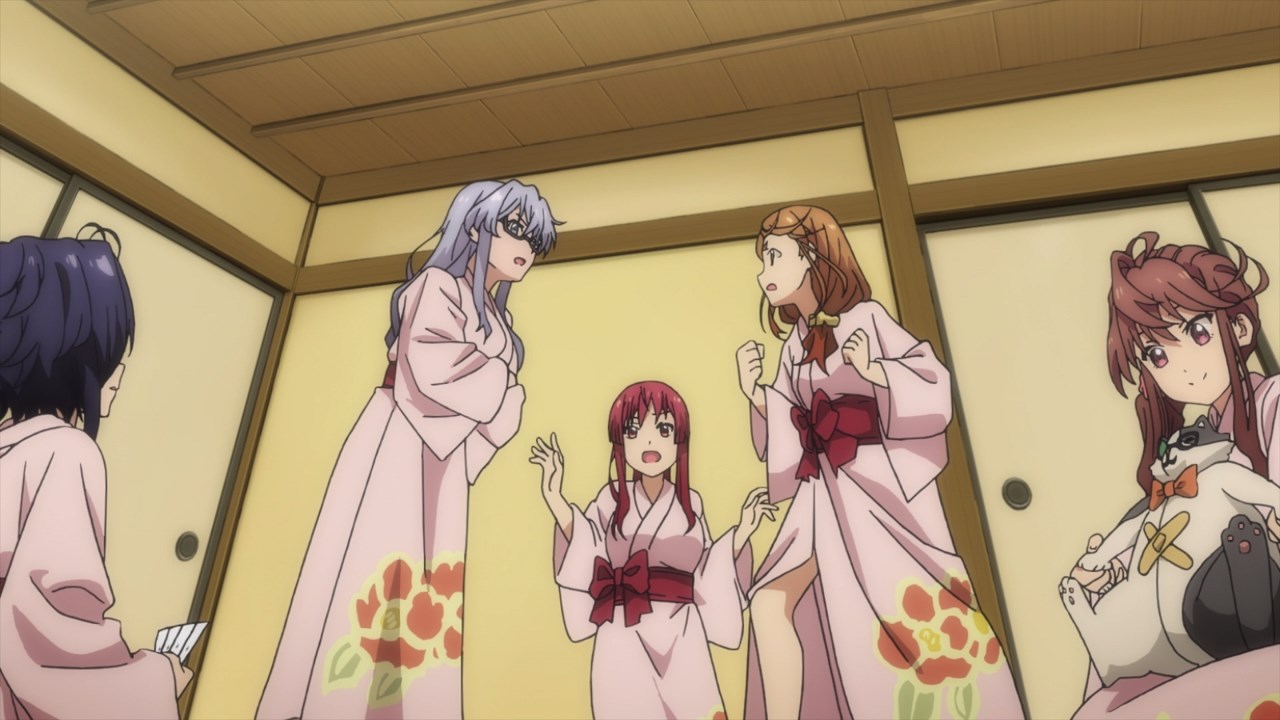 Of course, not all of them are fun and games though as Akane Maruyama and Miyako Kouno are having an argument over a card game. Gee girls, calm down! 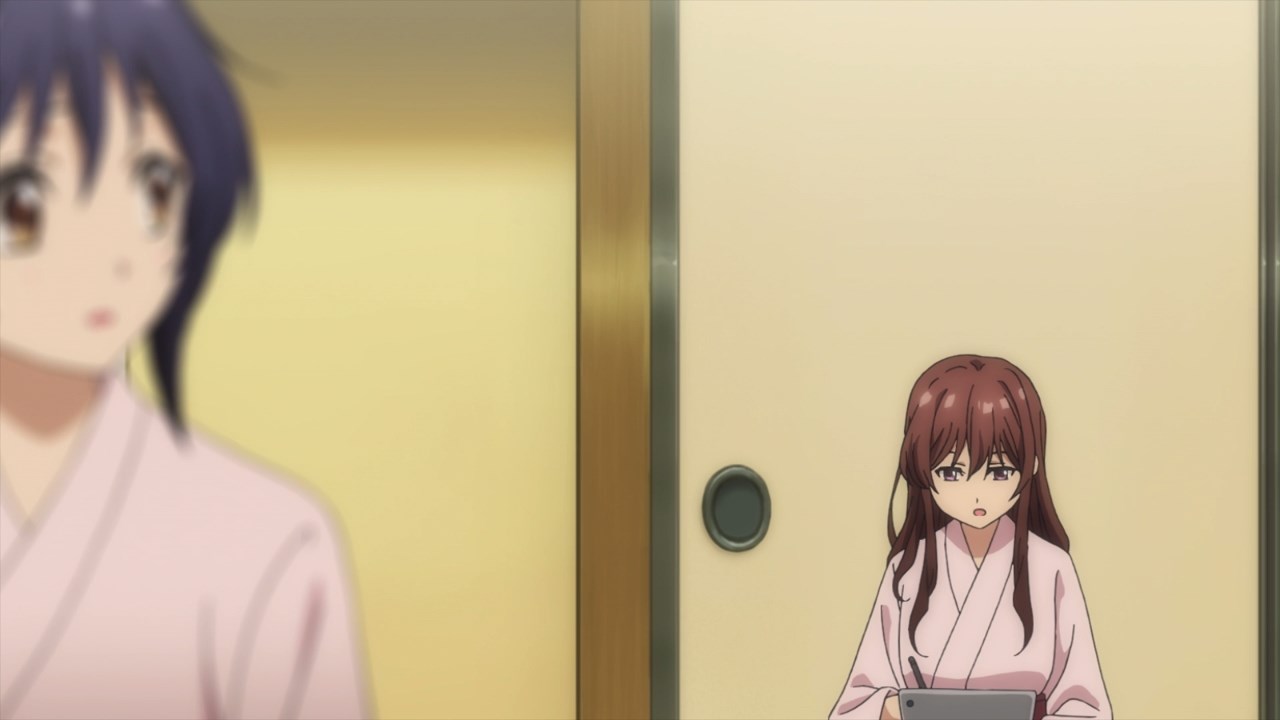 Well, there’s only one way to calm them down as Ayaka Tachikawa sings a lullaby to both Akane and Miyako, much like how her mother used to sing it to calm her down. Oh yeah, and she’s singing the lullaby while drawing manga from her tablet.

Fortunately, it works as Akane and Miyako calmed down. Glad that this trip didn’t end up with bruises or anything. 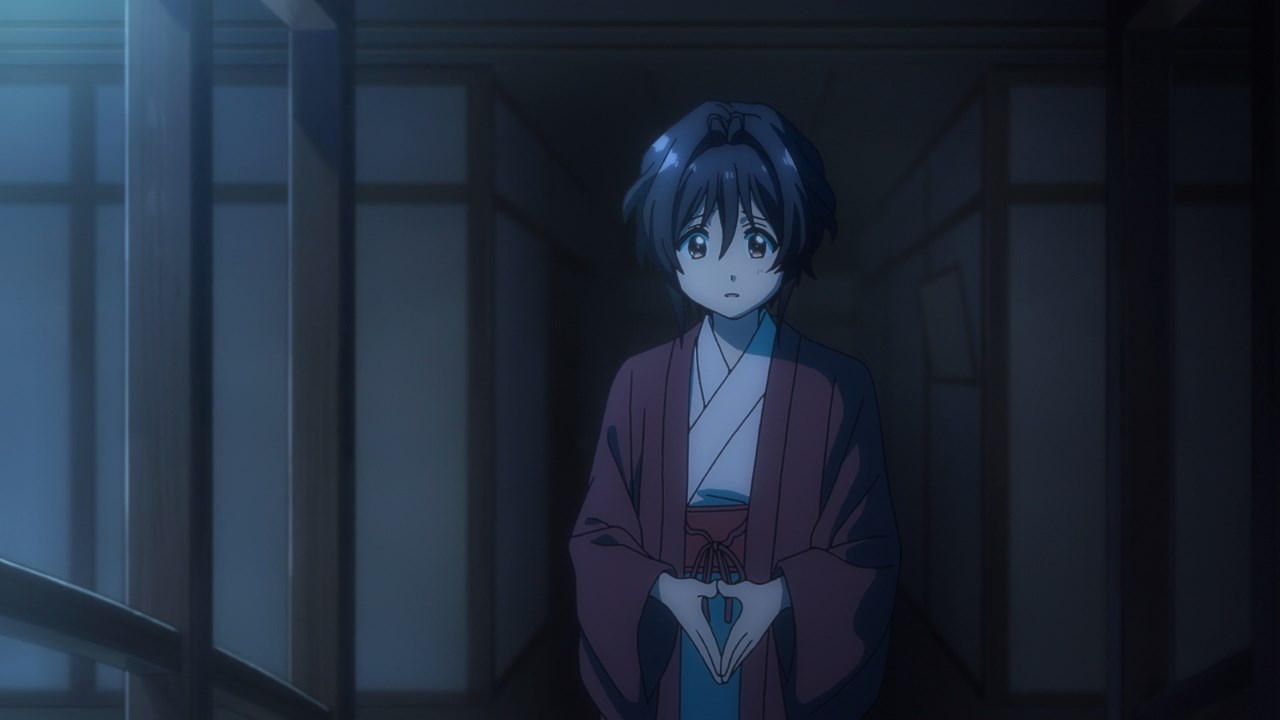 And so, Miu Takigawa thanked Ayaka Tachikawa for restoring order within Nanabun no Nijyuuni. 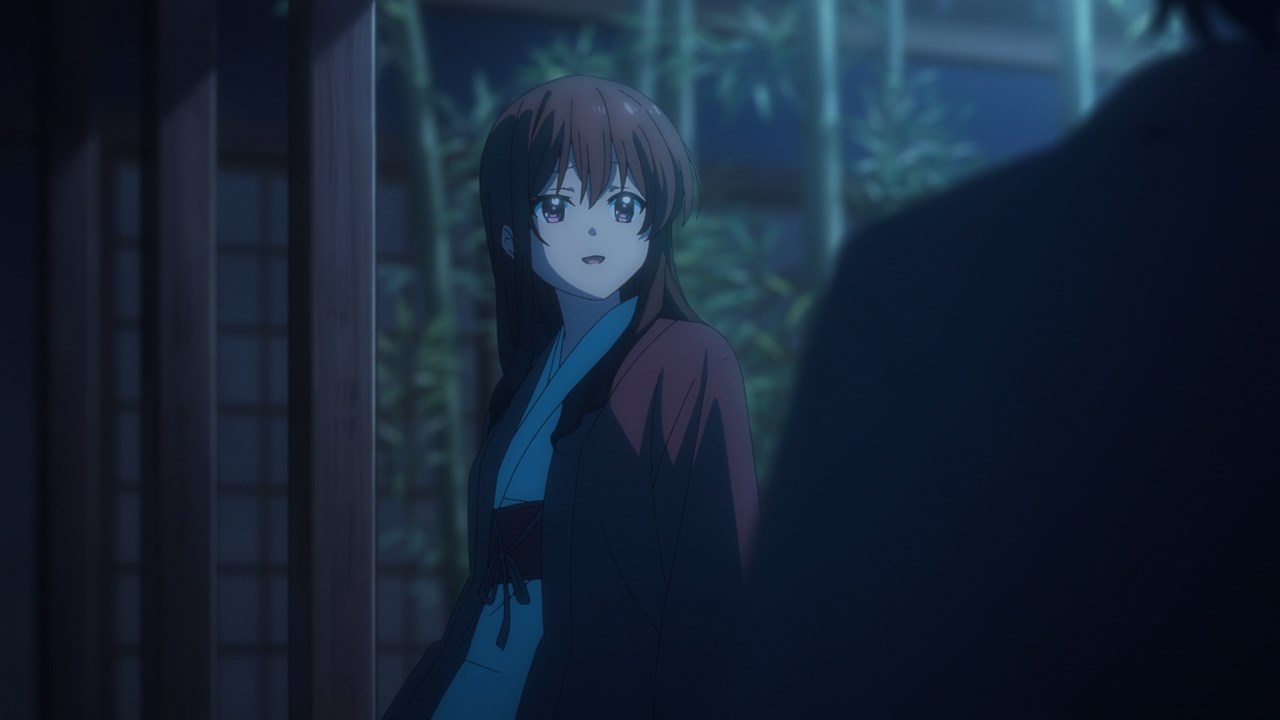 Of course, Ayaka humbly told Miu that it’s nothing because she’s doing it for the team.

Anyways, looks like they had a great time at Hakodata as it’s time for 22/7 to focus on their next concert! 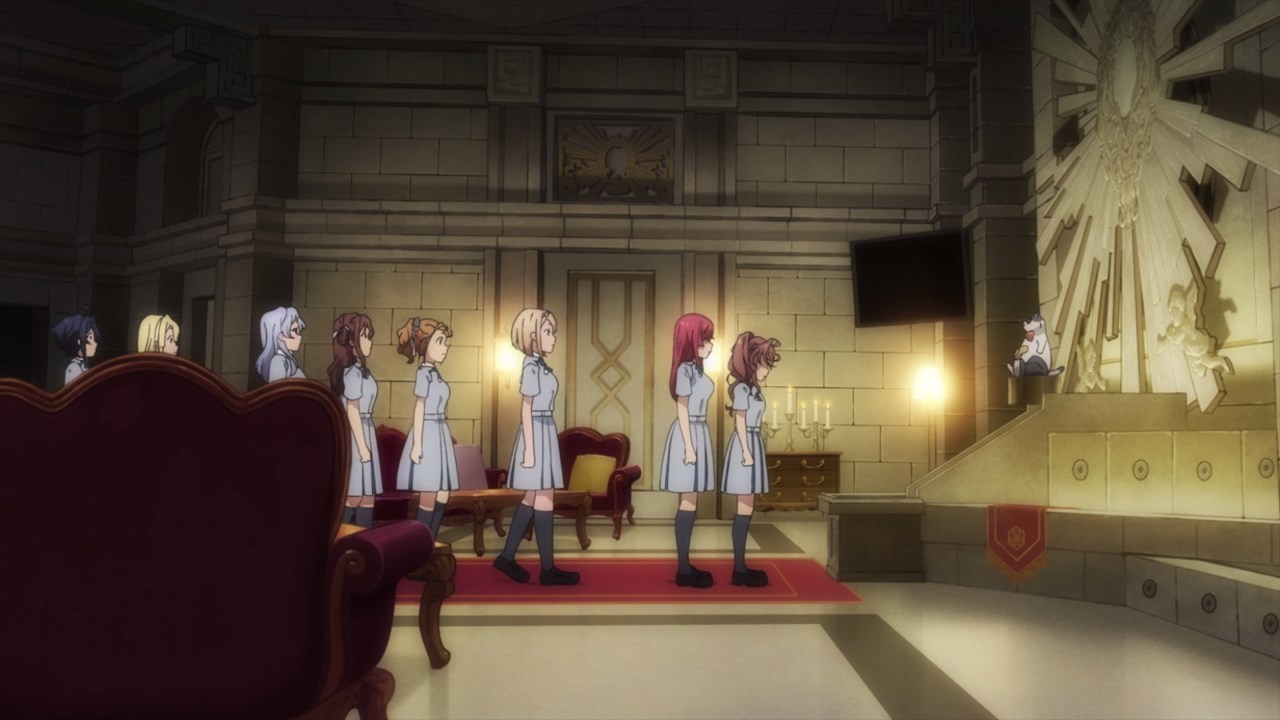 Unfortunately for Nanabun no Nijyuuni, turns out that they received a shocking news (or should I say order) from The Wall. 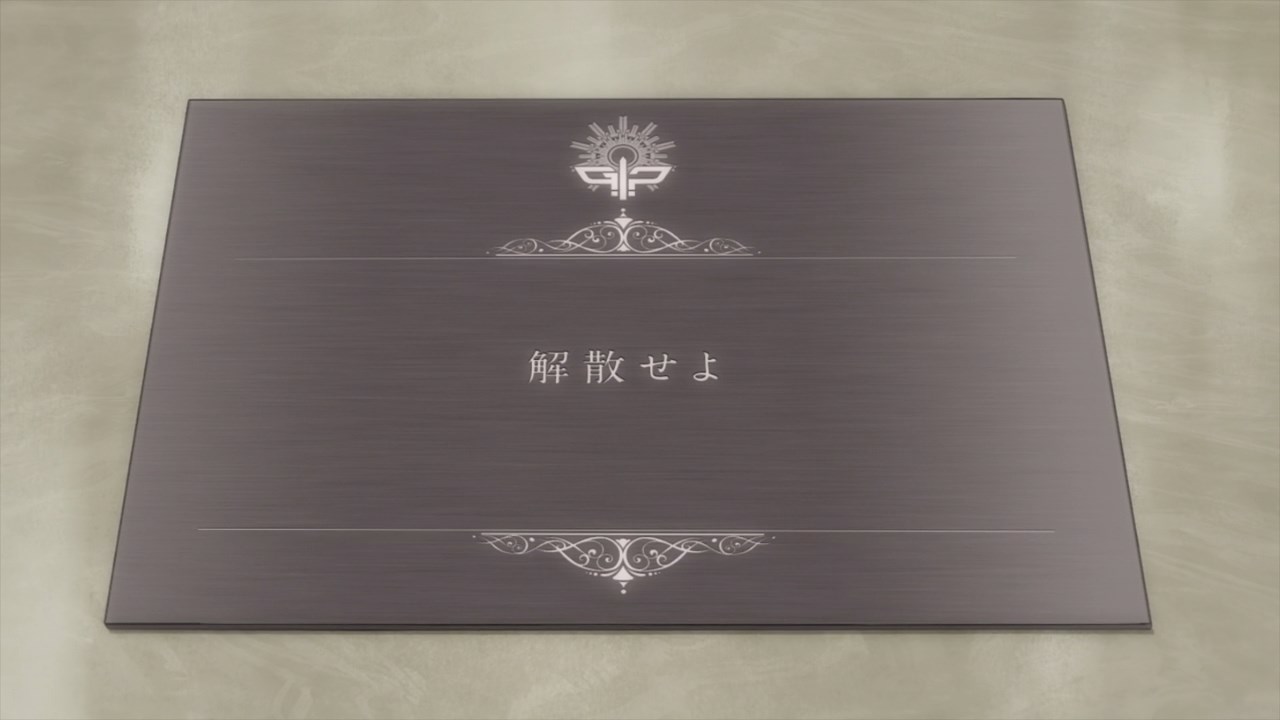 You see, The Wall told the girls that 22/7 will be disbanded, meaning that their concert will be cancelled! What. The. Hell!?

I don’t know if this is a glitch or it’s just the soul of Yasushi Akimoto acting up on a whim, but it’s bad news for those 8 girls as their future is very bleak now! Anyways, I’ll see you next time for the fallout of The Wall’s shocking decision.