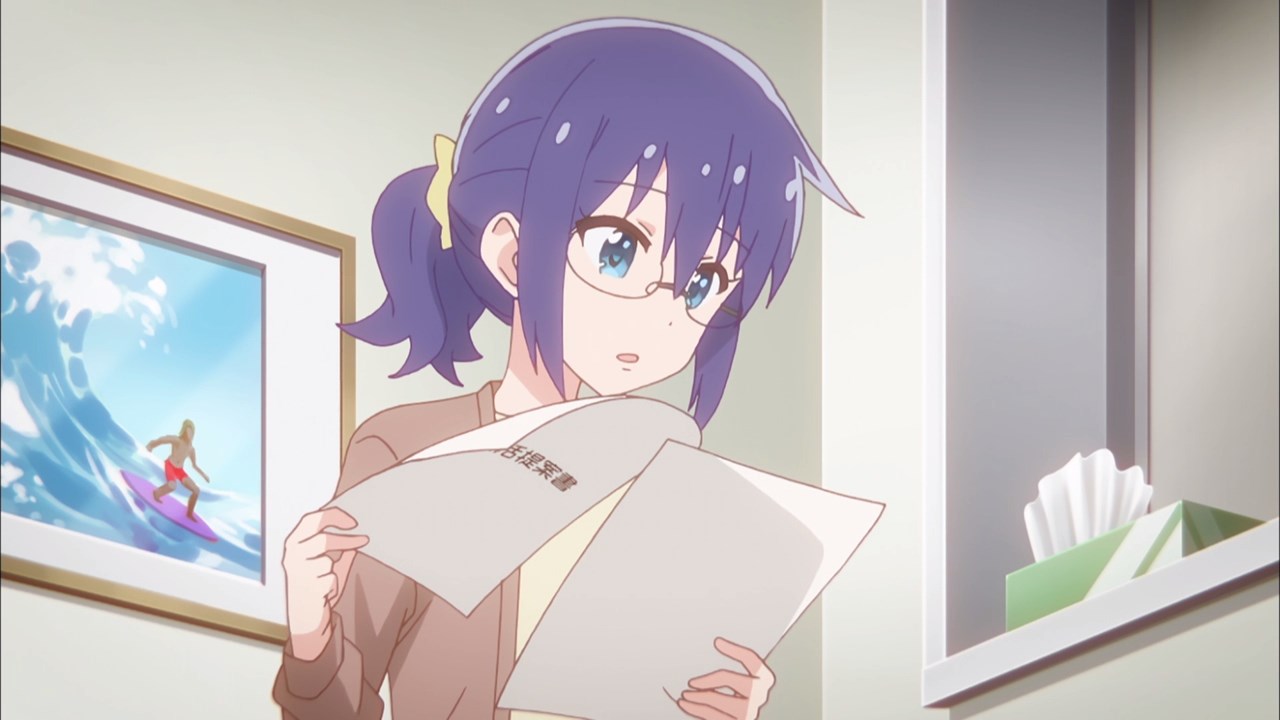 Well everyone, this is judgement day for Ao Manaka where she politely asked her parents to let her stay at Mira Konohata’s house by giving them a written proposal.

Although Ao’s mother is impressed that Ao think it over when it comes to creating a proposal, she won’t say “Yes!” to her daughter as she’ll have to talk it over with Ao’s father. 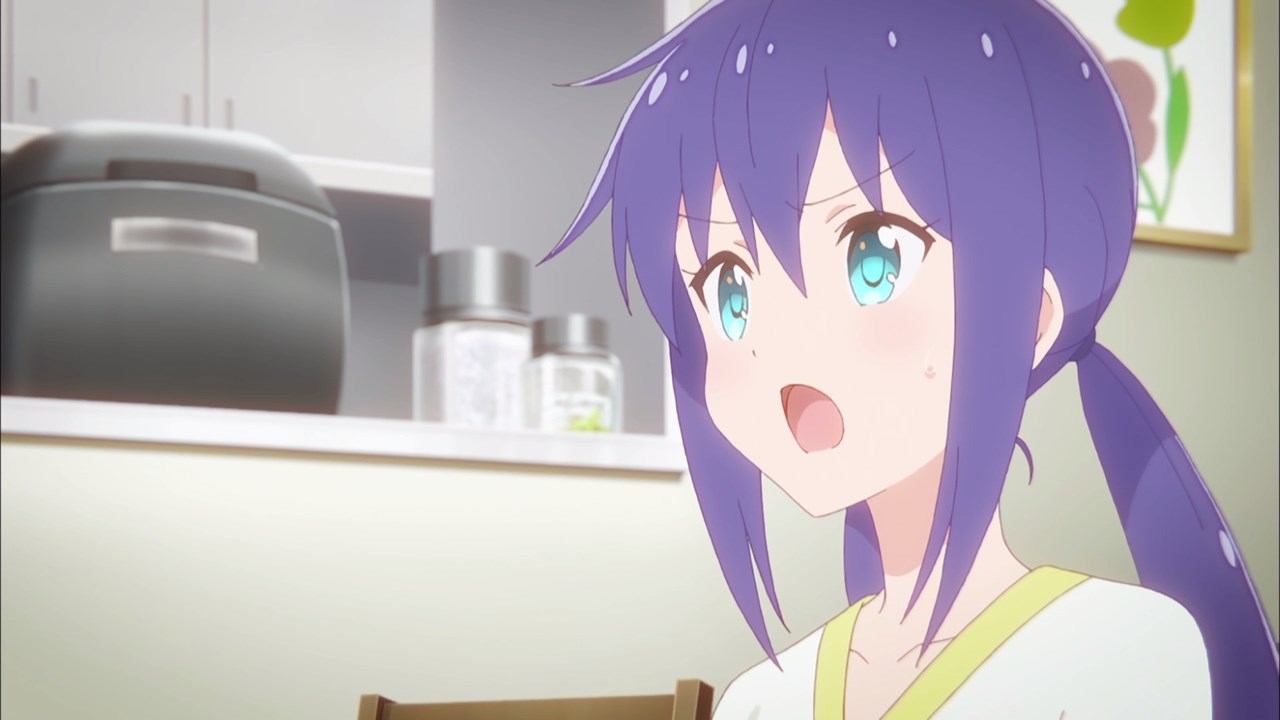 Of course, Ao-chan is very stubborn that she really wants to stay with Mira instead of moving out, because they must fulfill their dream together.

Well, I have to say that while making a tantrum is a bad thing, Ao-chan is serious on fulfilling her dream of finding an asteroid together with Mira. 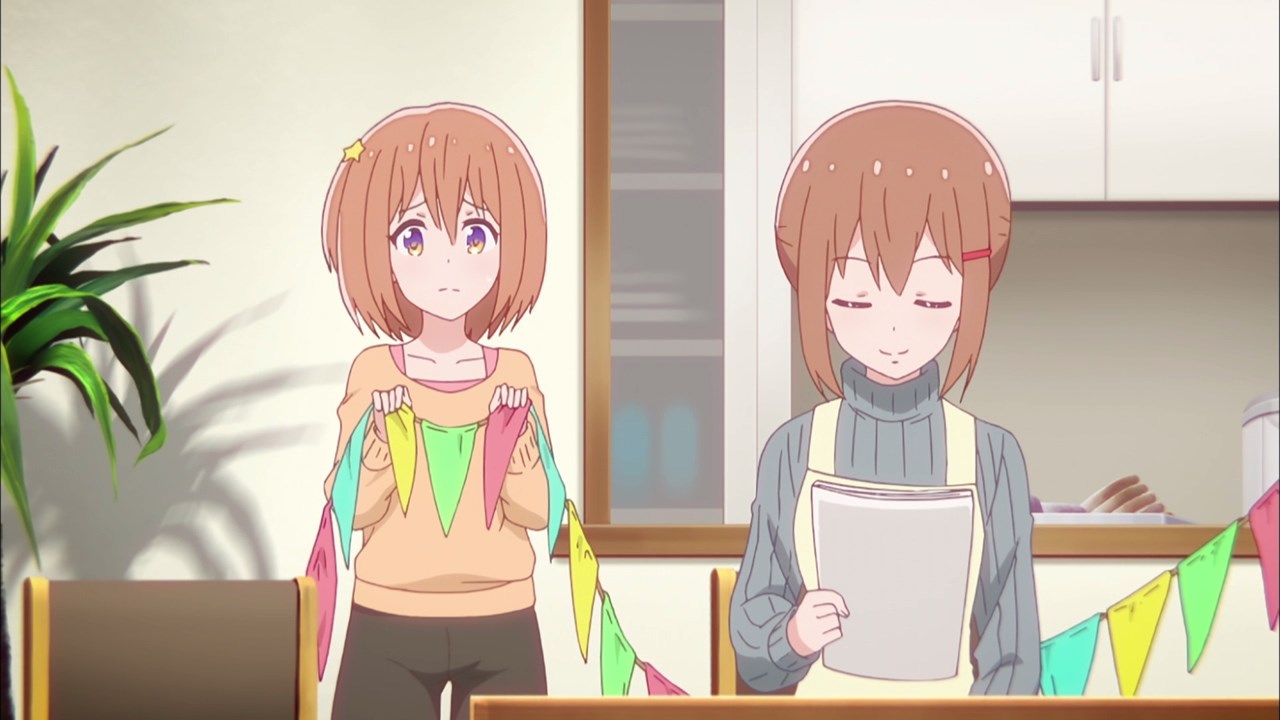 On the other hand, Mira’s mother is okay on having a friend stay at their house, but she needs to talk to Ao’s parents first before reaching an agreement. 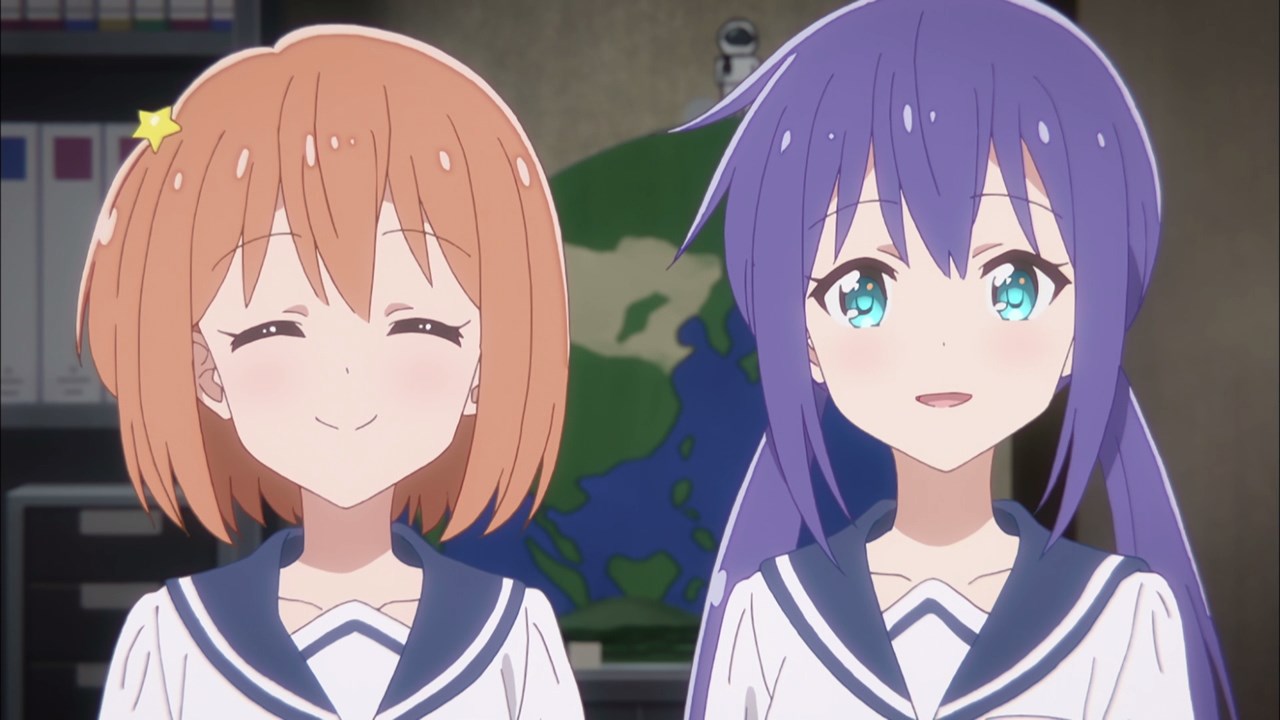 Fortunately, both parents agreed to let Ao Manaka stay at Mira Konohata’s house which is why they delivered the good news to their friends. 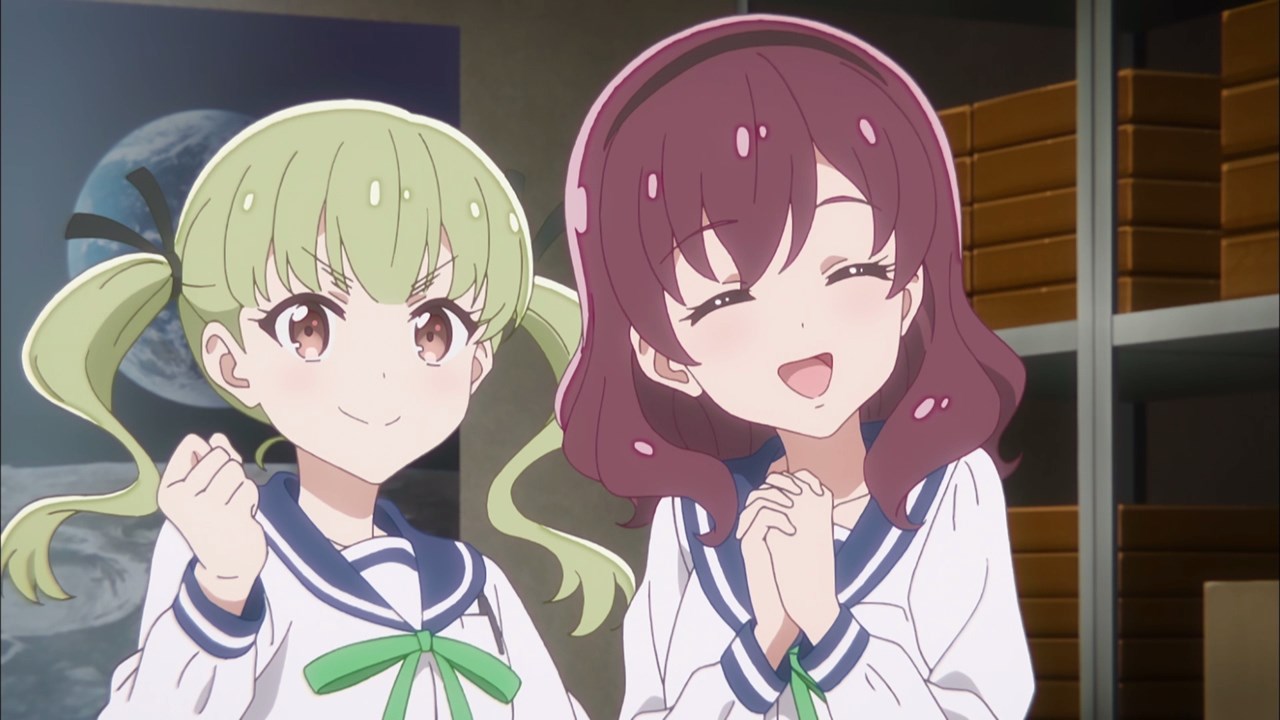 For the earth science club and the newspaper club, they’re happy that Ao-chan will stay in Hoshizaki High School instead of transferring out.

Of course, not all of them are celebrating the news about Ao Manaka staying at Mira Konohata’s house… 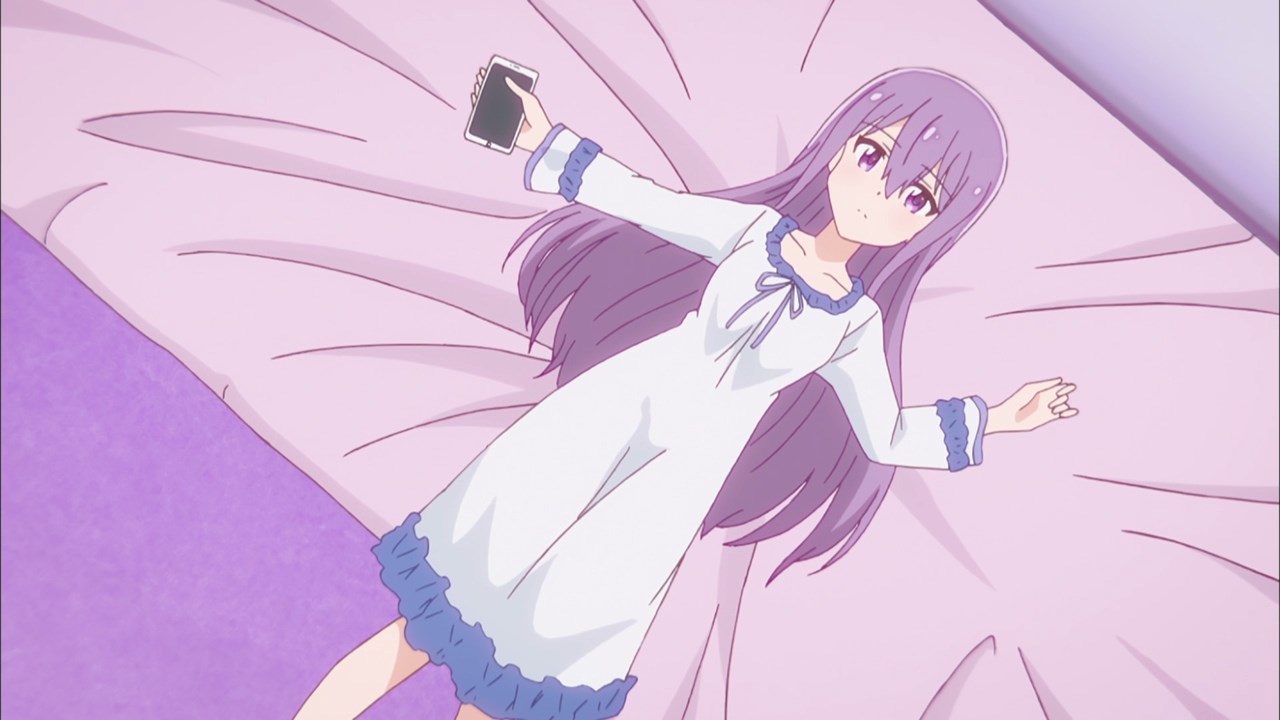 Well, the thing is that Ao will stay at Misa’s room as she’s moving out because Misa will go to college that’s far away from her hometown.

This means that Moe Suzuya will not see Misa Konohata for a long time. But you know what, I think Suzu should do something memorable to Misa-nee before she moves out. 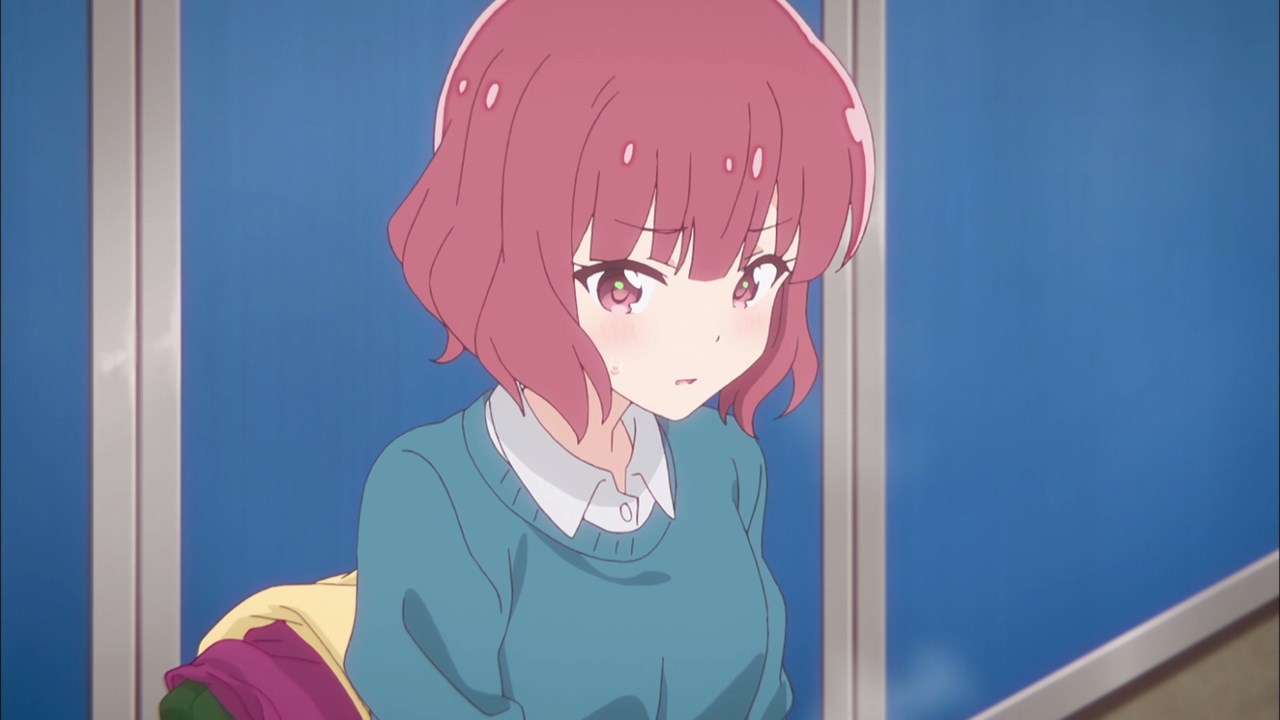 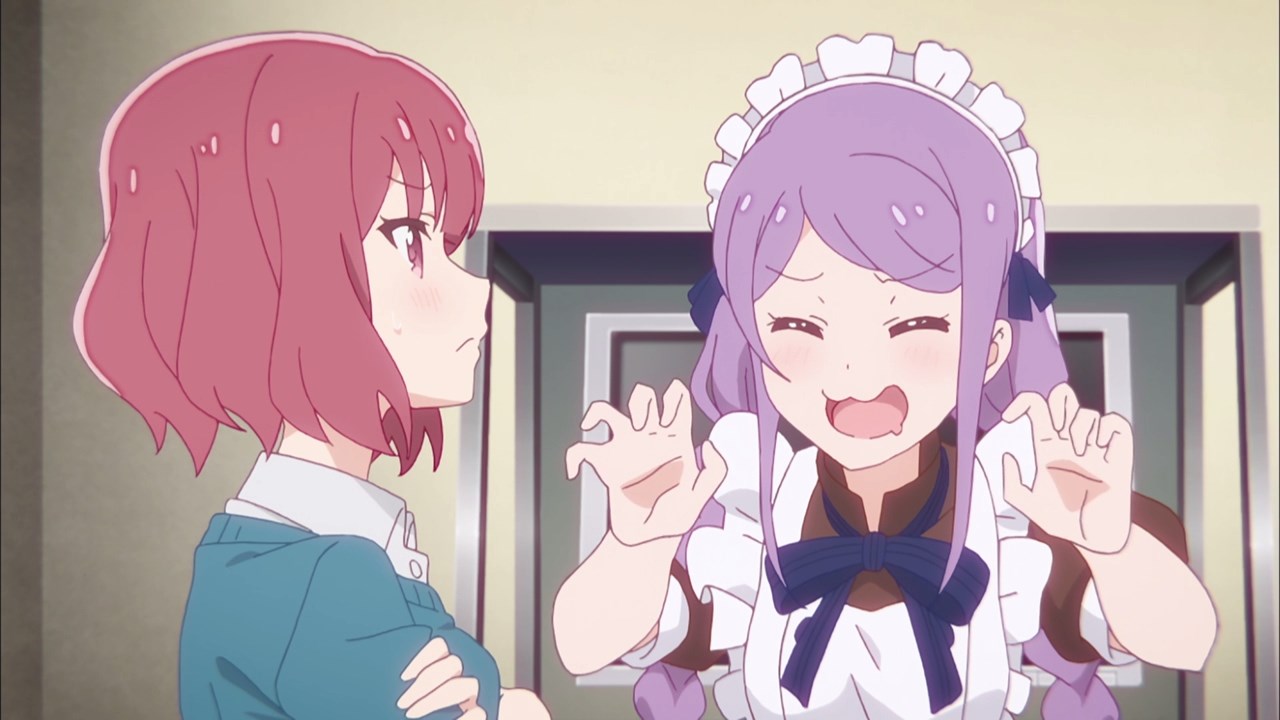 Of course, this lead Suzu to teach Sakura-sempai on how to make chocolate, although Moe looks like she’s about to grope Mikage. Please Suzu, teach her properly! 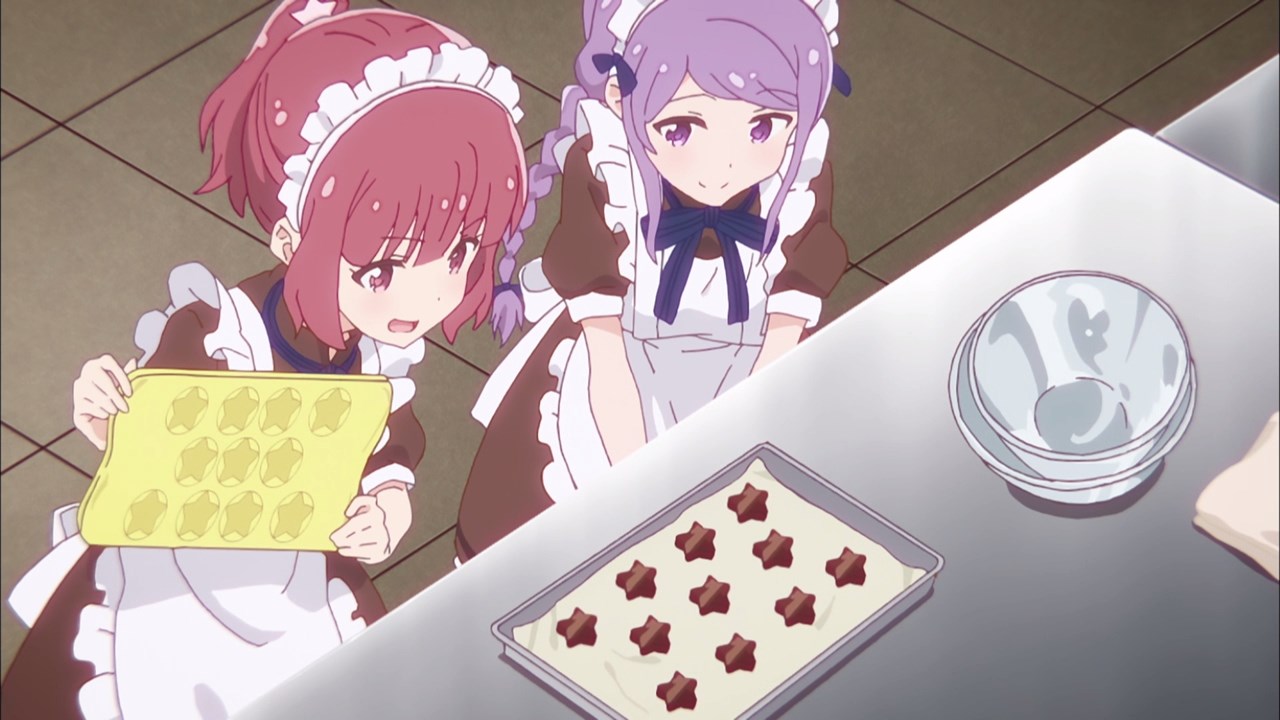 And so, Moe Suzuya thoroughly teach Mikage Sakurai on making chocolate treats for Valentine’s Day and while it’s simple enough, there’s a bit of a science on making one like checking the right temperature. 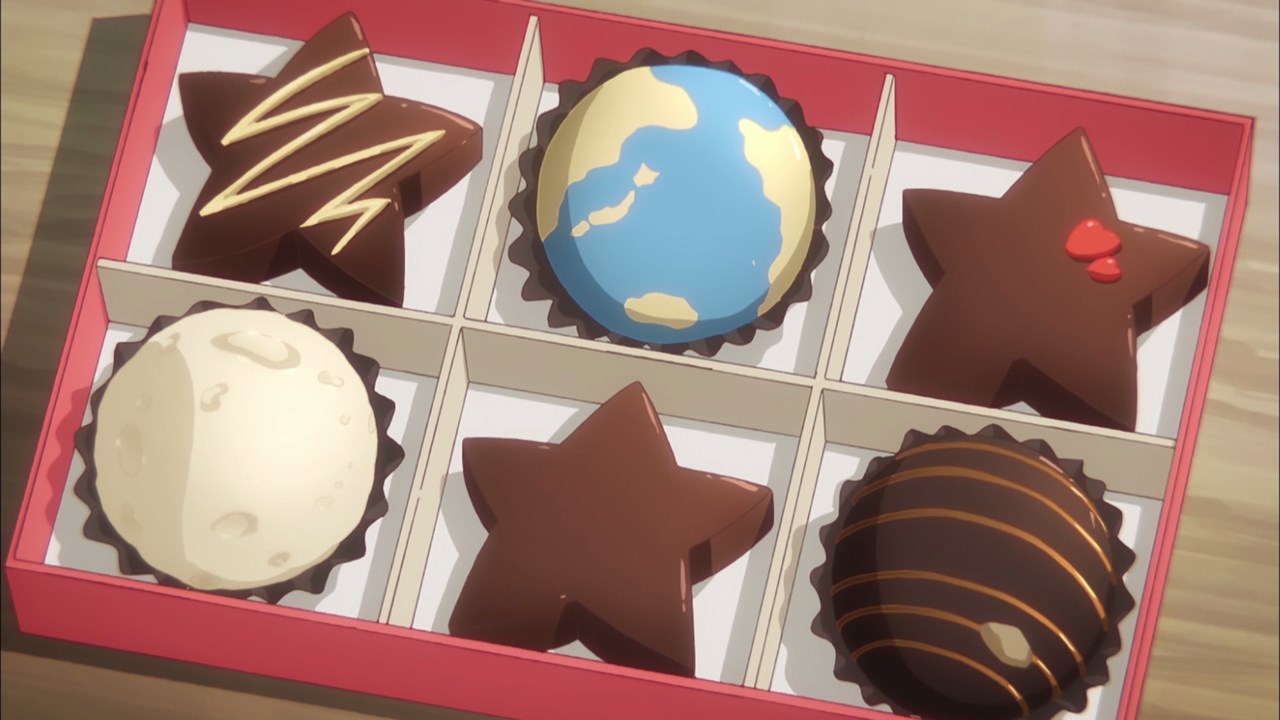 And after a session with Suzu, Sakura-sempai made chocolate treats for the club members. Yeah, she put a lot of effort of making earth truffles and star-shape bars. 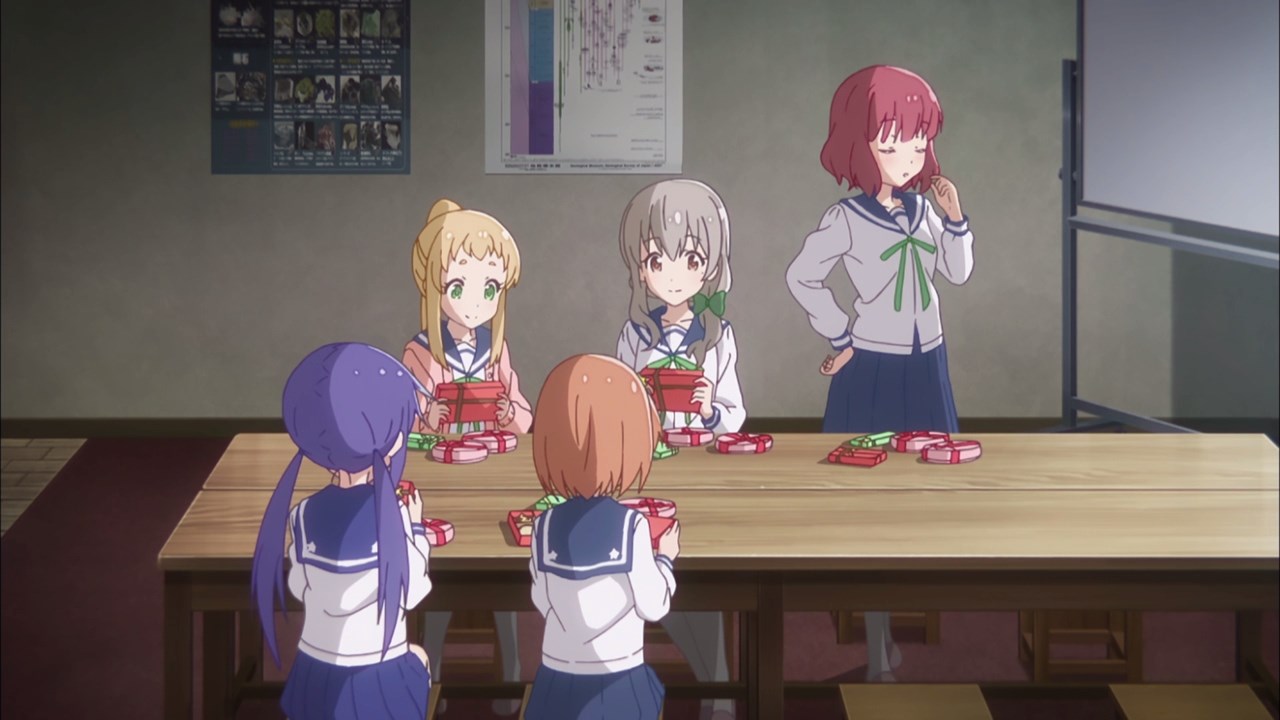 Of course, Mikage is a bit embarrassed that she made one for the entire earth science club. Oh Sakura-sempai, you’re acting like some typical tsundere girl. 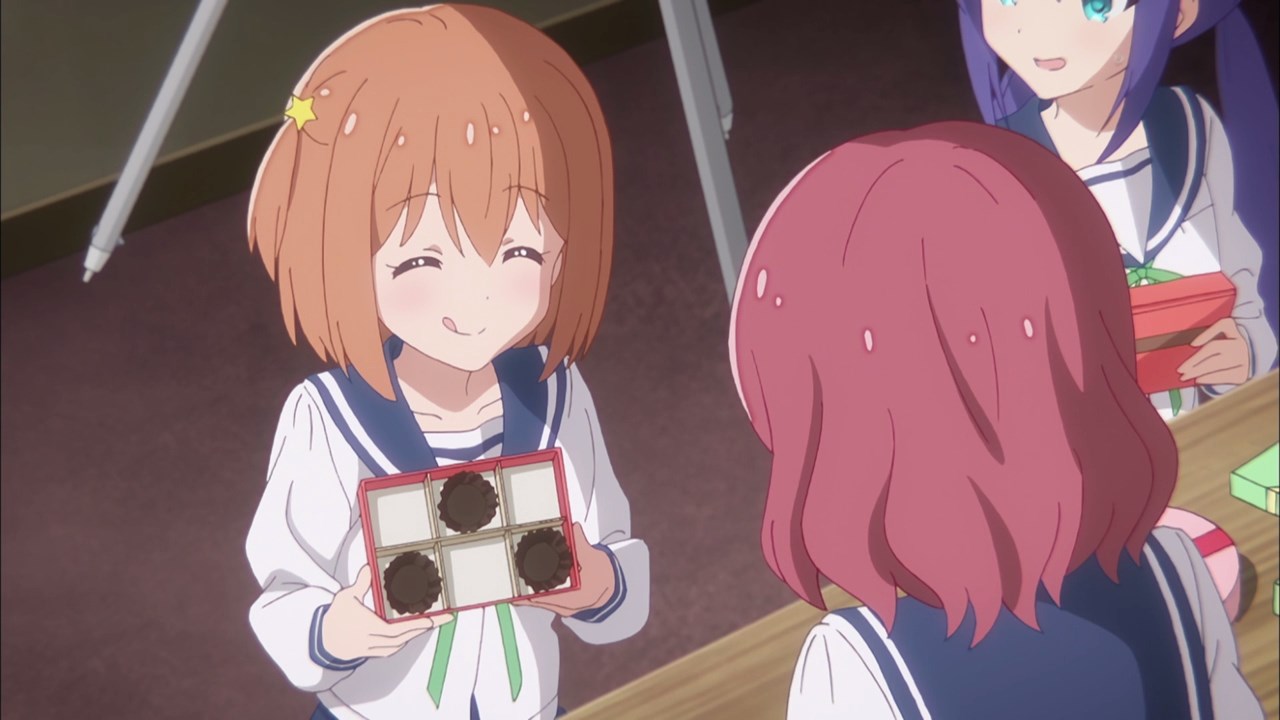 Speaking of Sakura-sempai’s chocolates, they tasted so good that Mira-chan ate all of them, although Mikage told her to savor the taste instead of chomping them down. 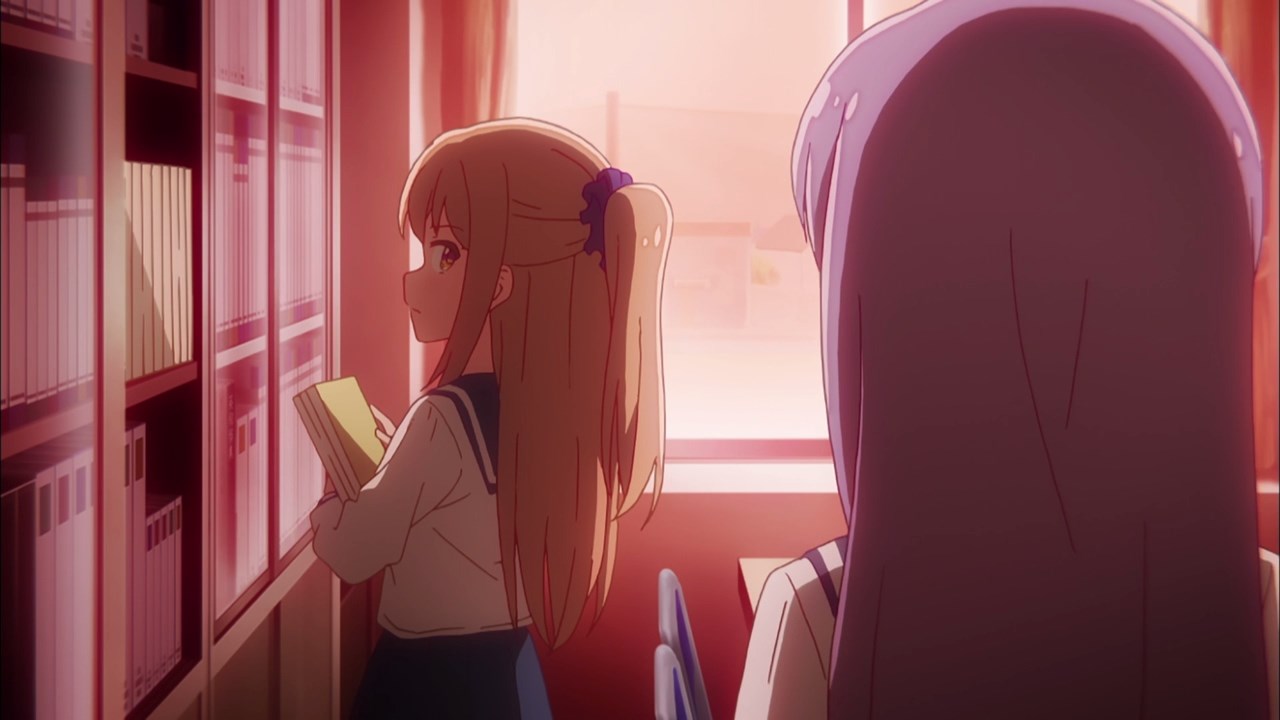 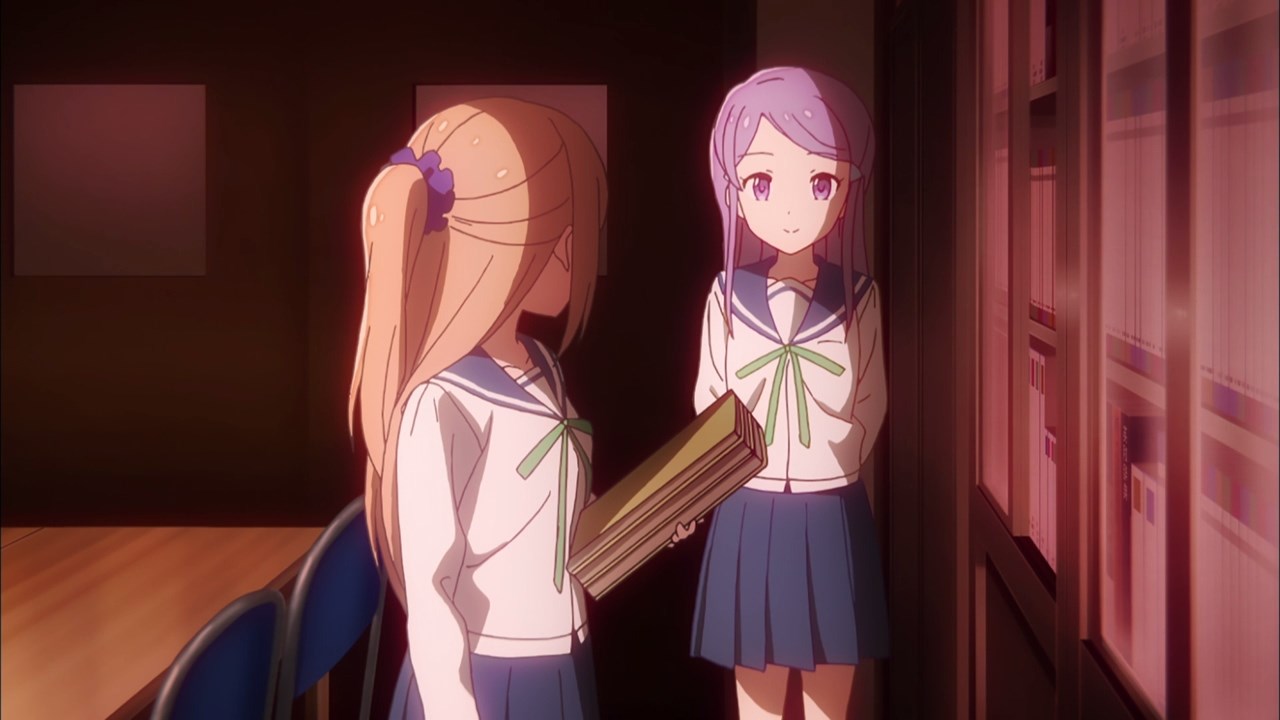 Meanwhile, here’s Moe Suzuya as she’s about to give some chocolates to Misa Konohata as this will be the last time she’ll see Mira’s sister. 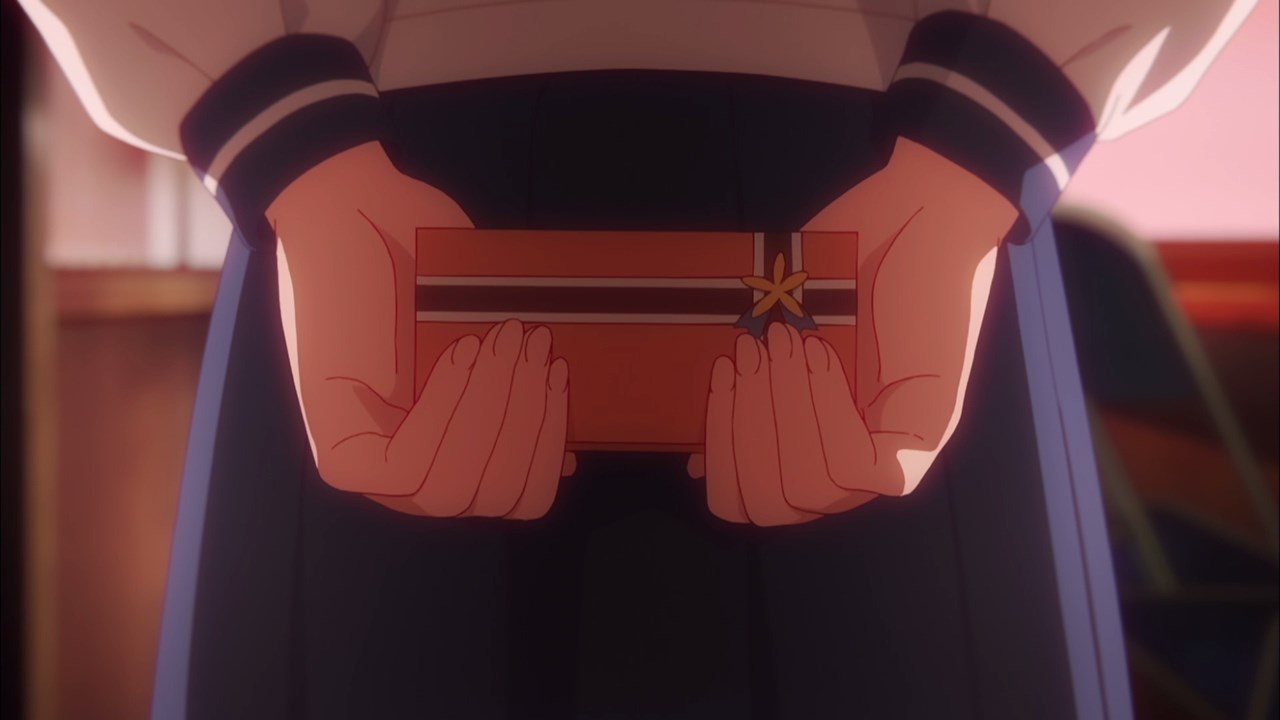 Then again, I wonder if Suzu already gave those chocolates and told her true feelings to Misa-nee? I guess we’ll never know… 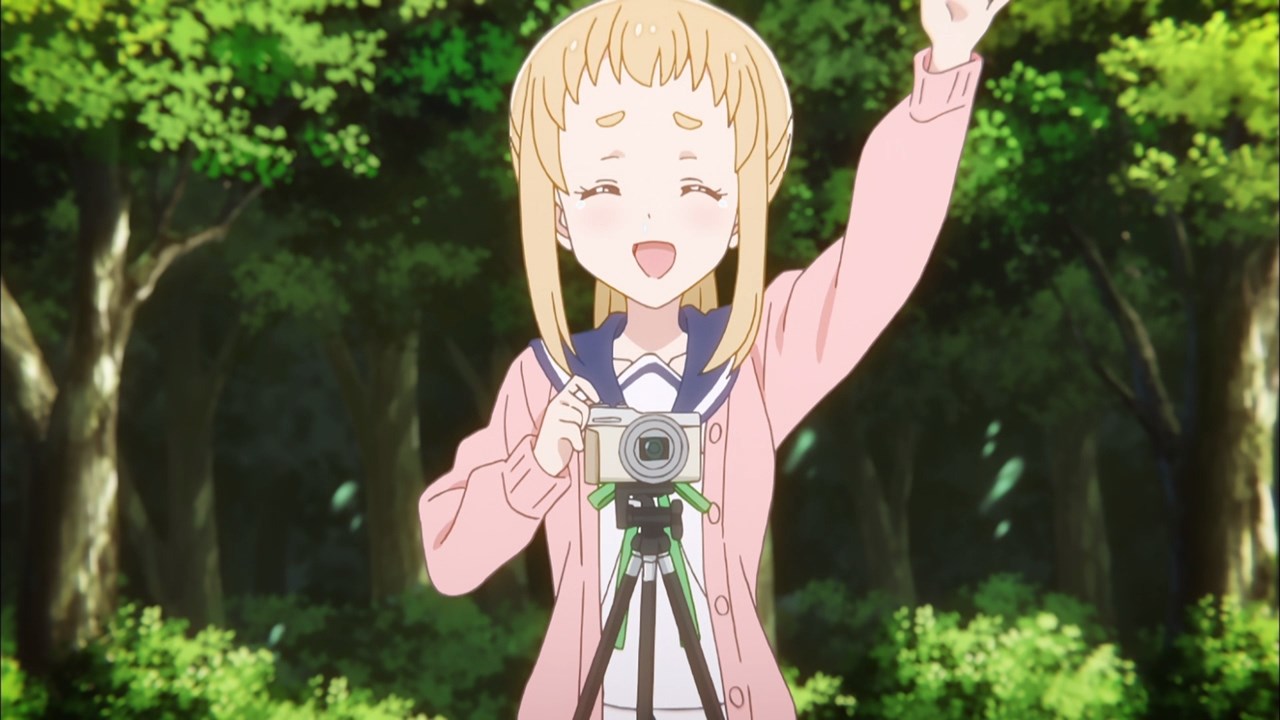 Now then, it’s graduation time for the 3rd year students as they say goodbye to their high school days at Hoshizaki High School.

Of course, the earth science club wants to take a picture together before Mari Morino and Mikage Sakurai leave the school building. 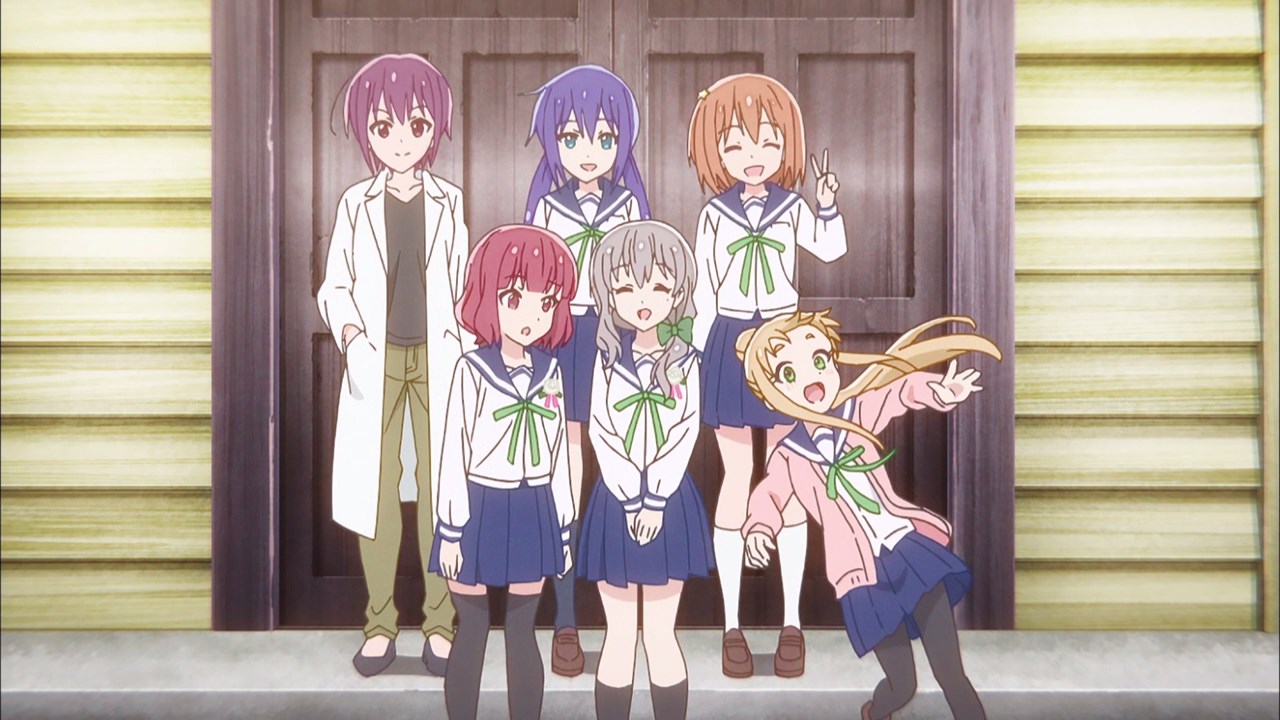 Anyways, Mai Inose took the photo of the entire earth science club, although I wonder if she’s okay because Ino-sempai is gonna fall on that pic. 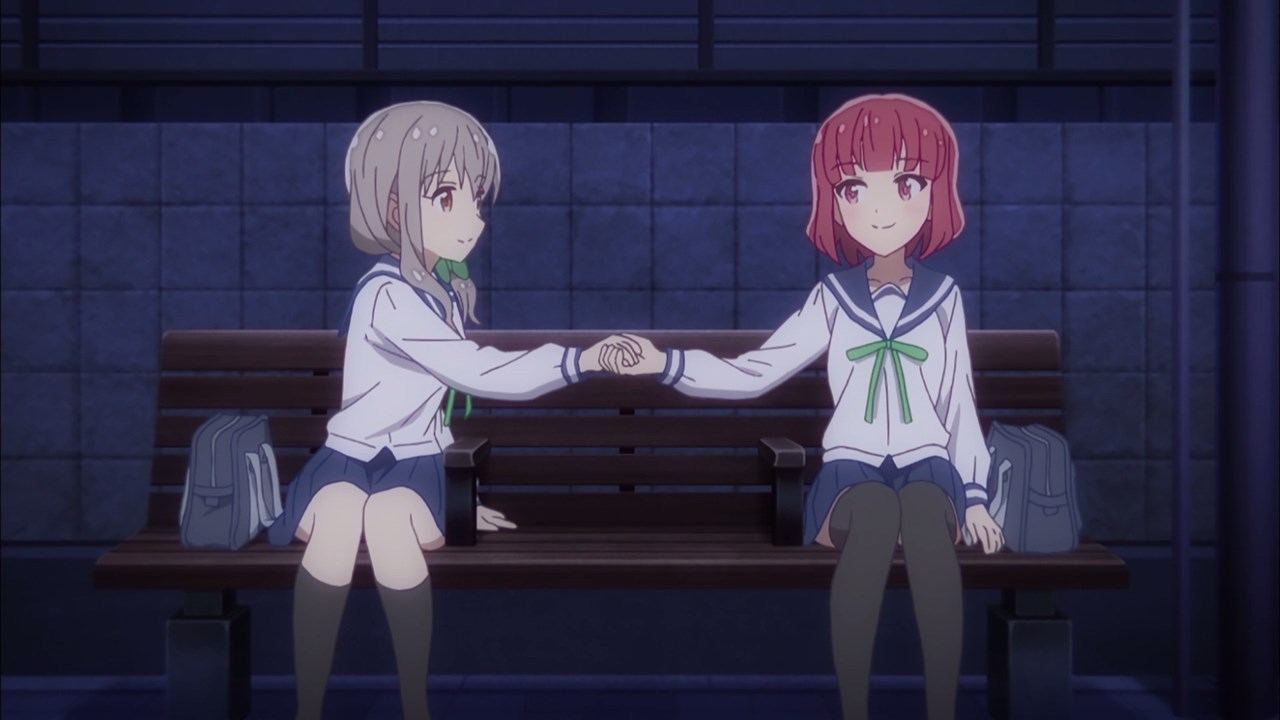 Afterwards, it’s time for Monroe-sempai and Sakura-sempai to head home and pack their things ’cause they’re gonna live together since both girls are attending the same college.

On the other hand, Mikage asked Mari if she had fun during her time with the earth science club. Of course, Morino told Sakurai that she had fun albeit a limited time. Glad that Monroe-sempai is very happy with her life as the club president. 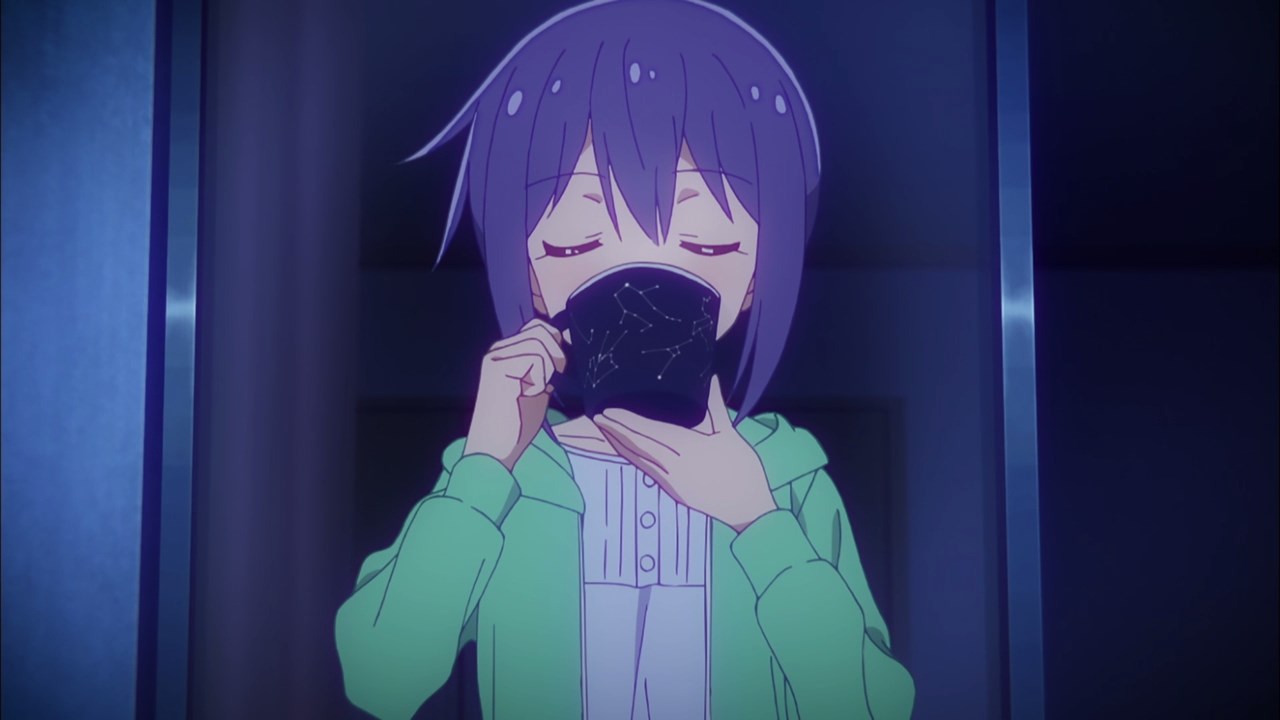 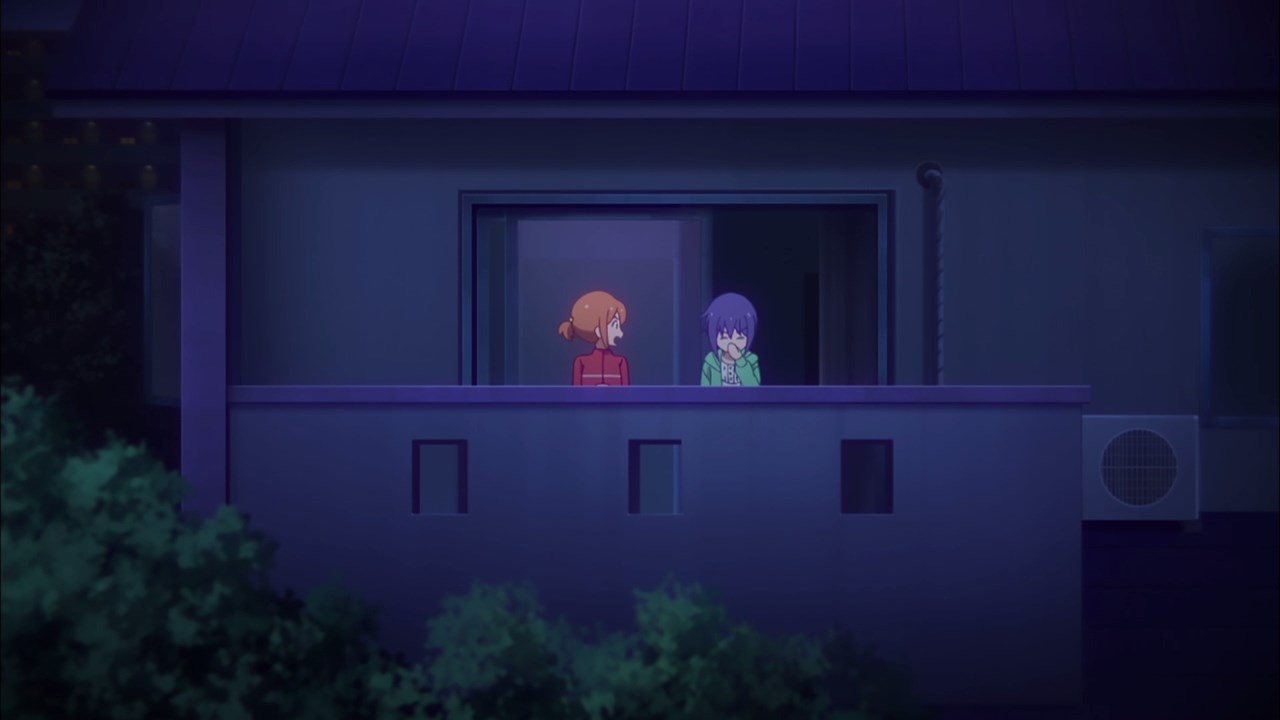 Now then, let’s end this episode where Ao Manaka start her life living with Mira Konohata, although it’ll take a little bit of time for Ao to adjust her new lifestyle.

Anyways, I’ll see you next time and let’s hope that the earth science club will find new members.