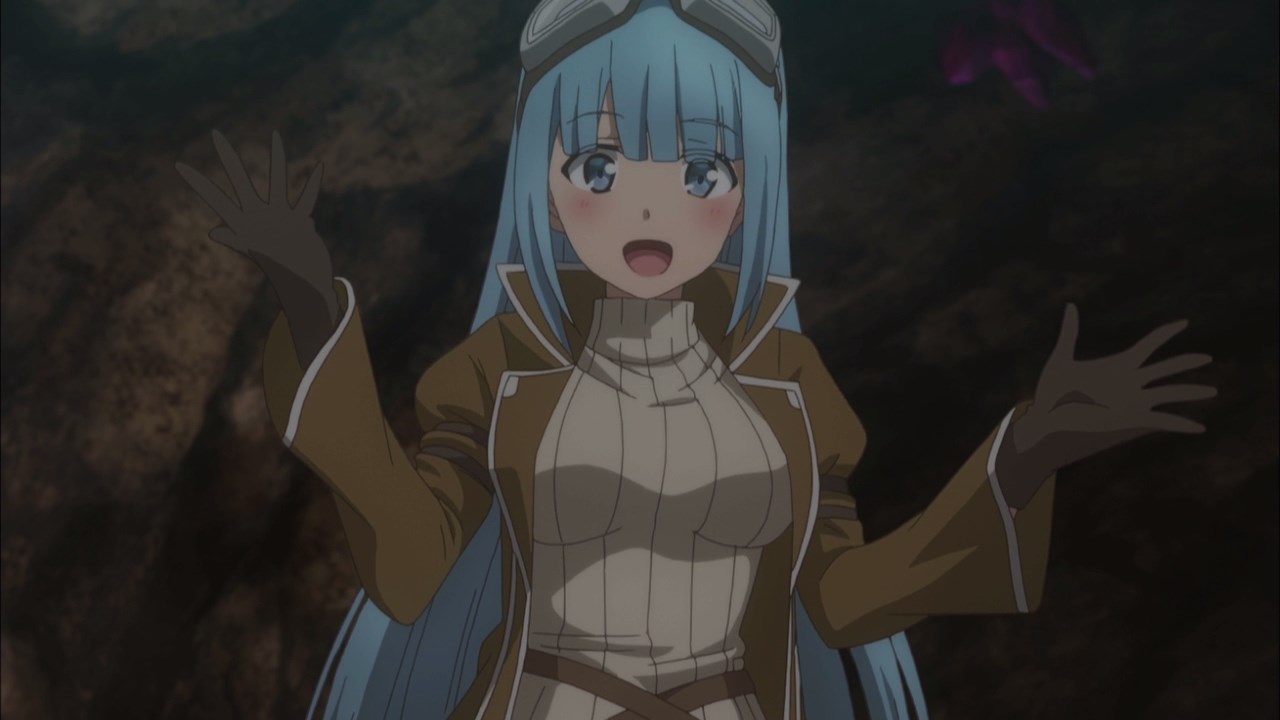 Let’s start this episode where Iz got some new clothes to wear. Oh yeah, her new clothes are literally unbreakable which means Iz won’t have to worry about wasting resources on fixing her getup. 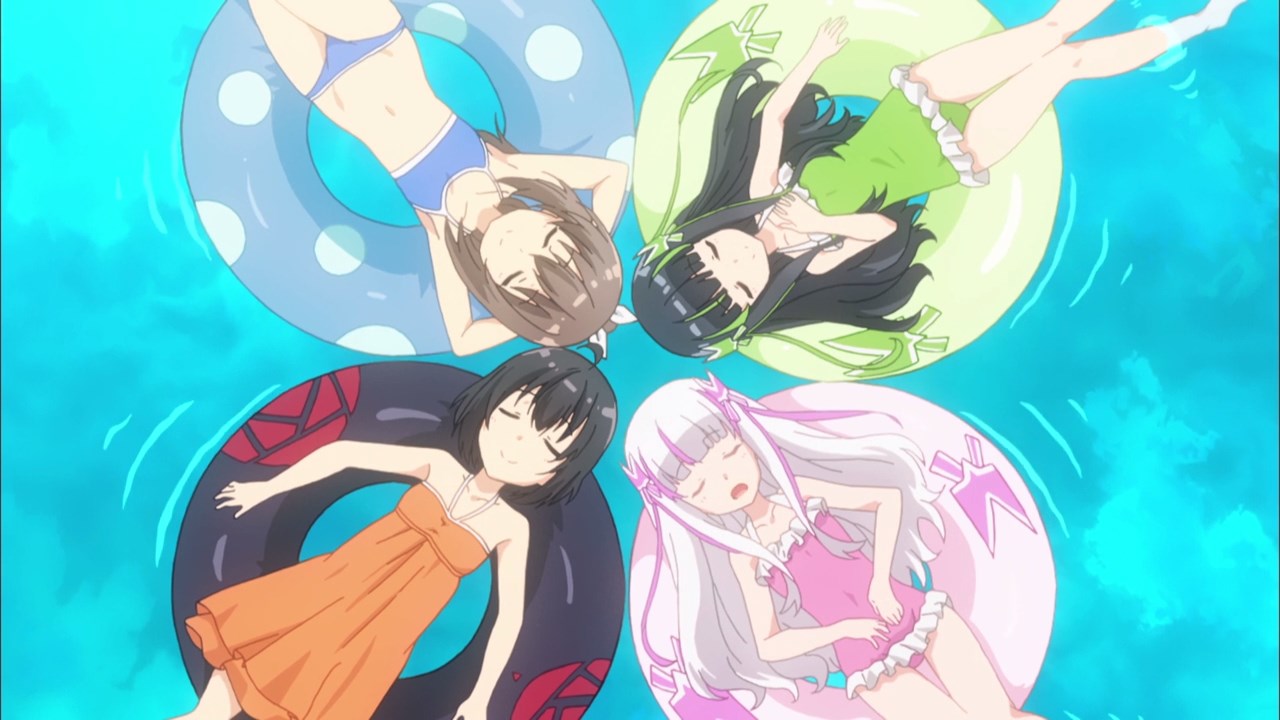 Now then, here’s Maple as she’s relaxing at the river with Sally, May, and Yui. I hope that no one will attack or even took a peek on them. 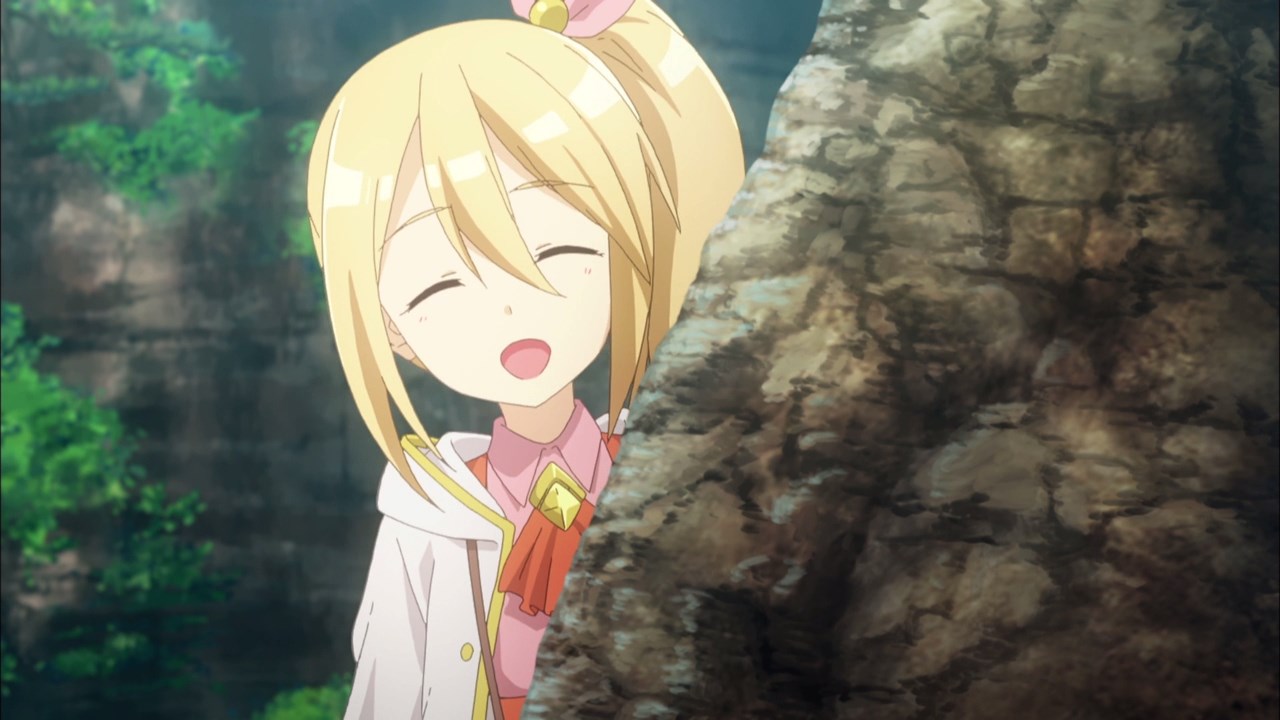 Well actually, someone did as Frederica is here to just drop by and say hi to Maple. I mean, Frederica helped Maple when she’s just a newbie player. 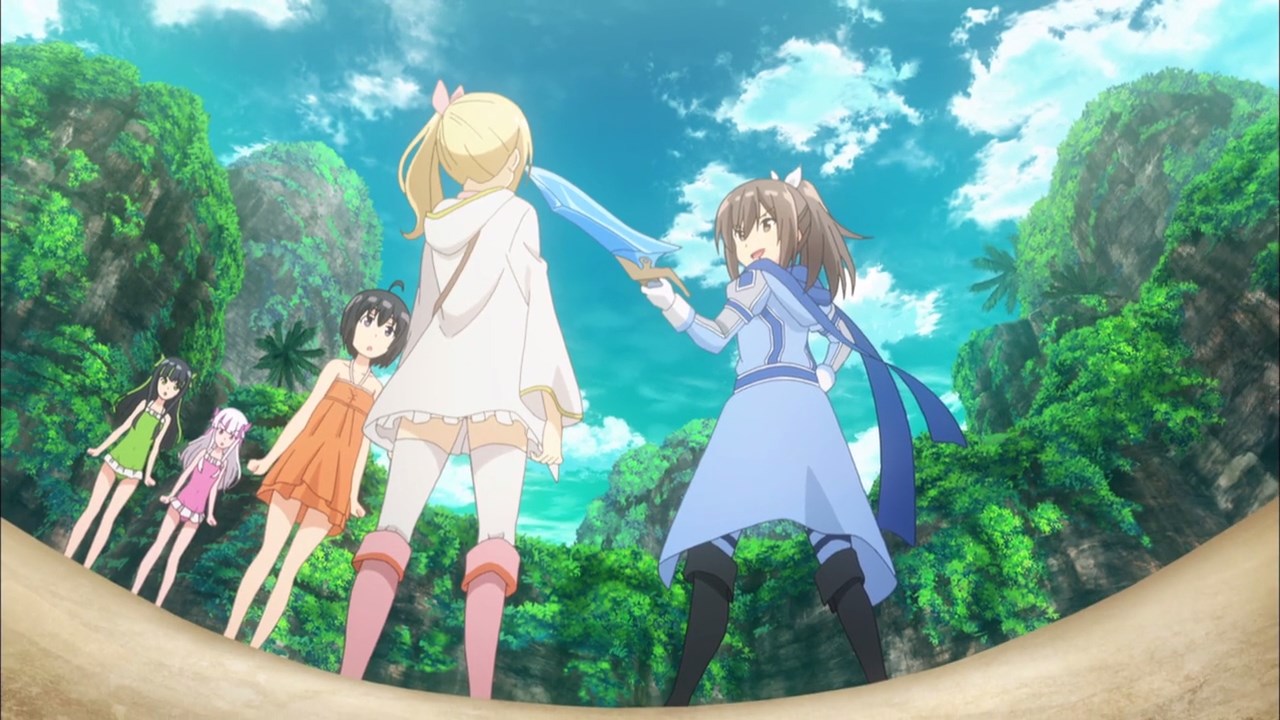 Of course, Sally has some doubts towards Frederica ’cause she’s clearly spying on them.

Therefore, Sally challenges Frederica to a duel where the loser will have to spill the beans on their secrets. 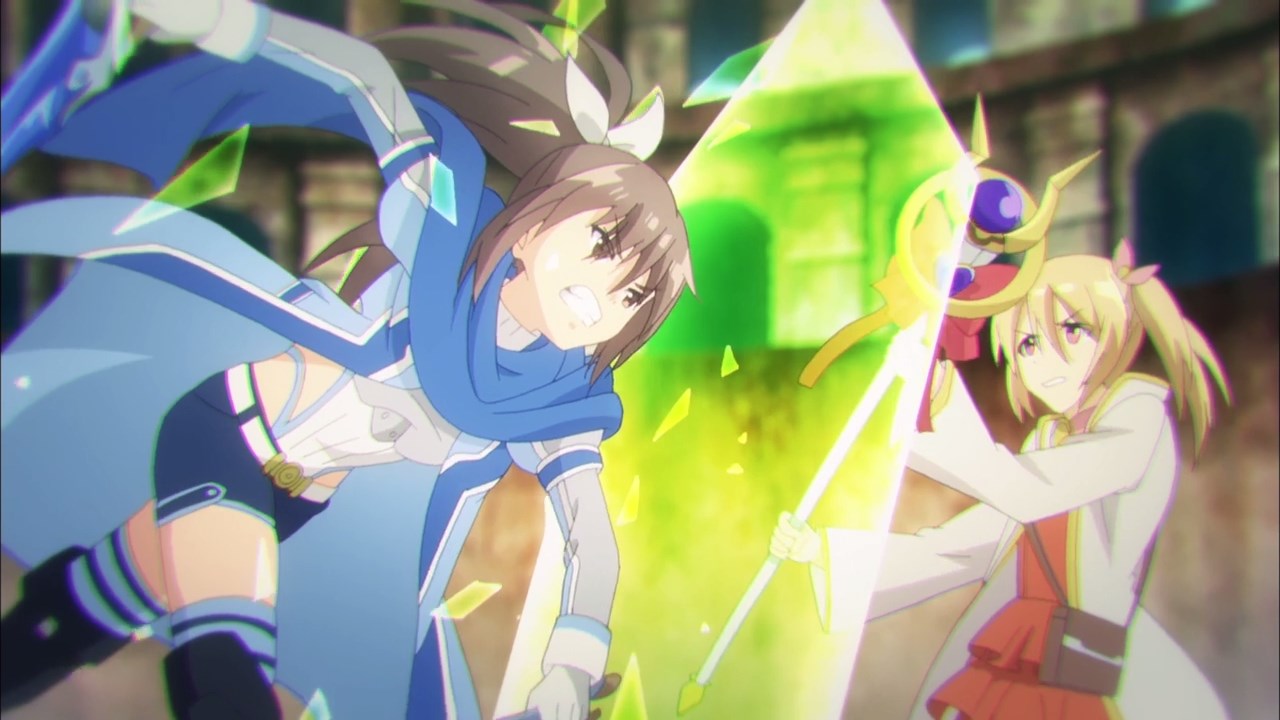 Then again, Frederica will force Sally to use her secret skills which she’s saving them up for the upcoming guild event.

Likewise, Sally will try to force Frederica to use her new skills while keeping her secrets. But if Frederica is starting to act stubborn, Sally will use fake skills to throw her off in which it might work for the most part.

In any case, looks like Frederica surrendered as she told some secrets from the upcoming event such as the Flame Emperors, but not her own guild. 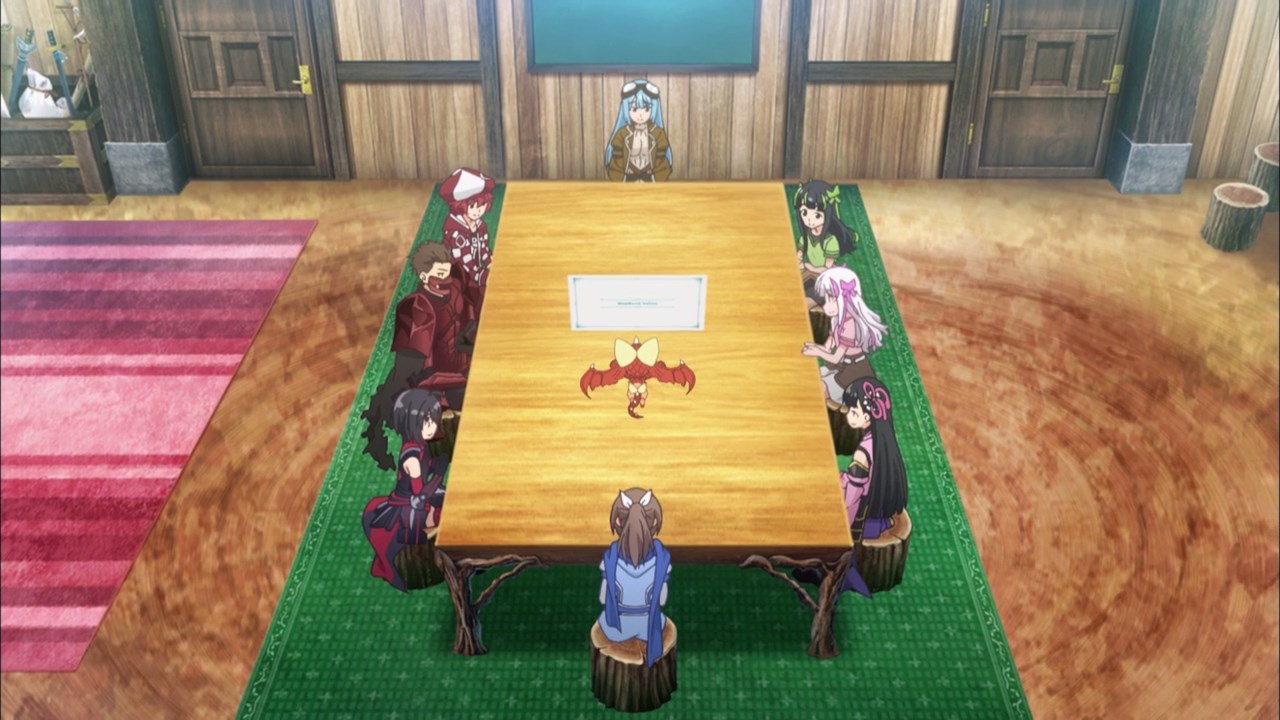 Now then, it’s time for the guild event as Maple and the rest of Maple Tree have gathered to understand the event’s rules. I mean, they need to understand if they want to win. 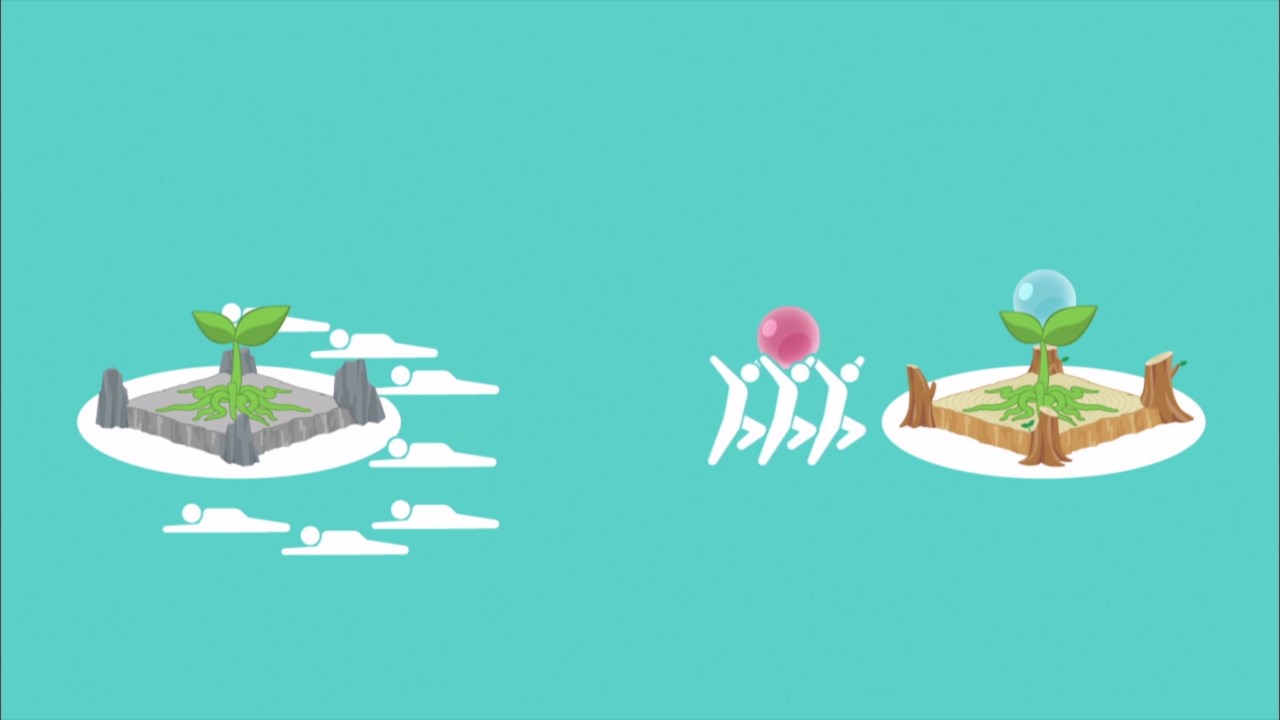 Anyways, it’s a capture-the-flag event where various guilds must steal orbs from their opponents while defending their own for 5 days. You gain points for capturing the opponent’s orb or even defend your own for 6 hours.

Oh yeah and players are limited to 5 lives where if they used all of them, they’re out of the game. Not only that, but their stats are lowered every time they died, so they have to be careful about that. 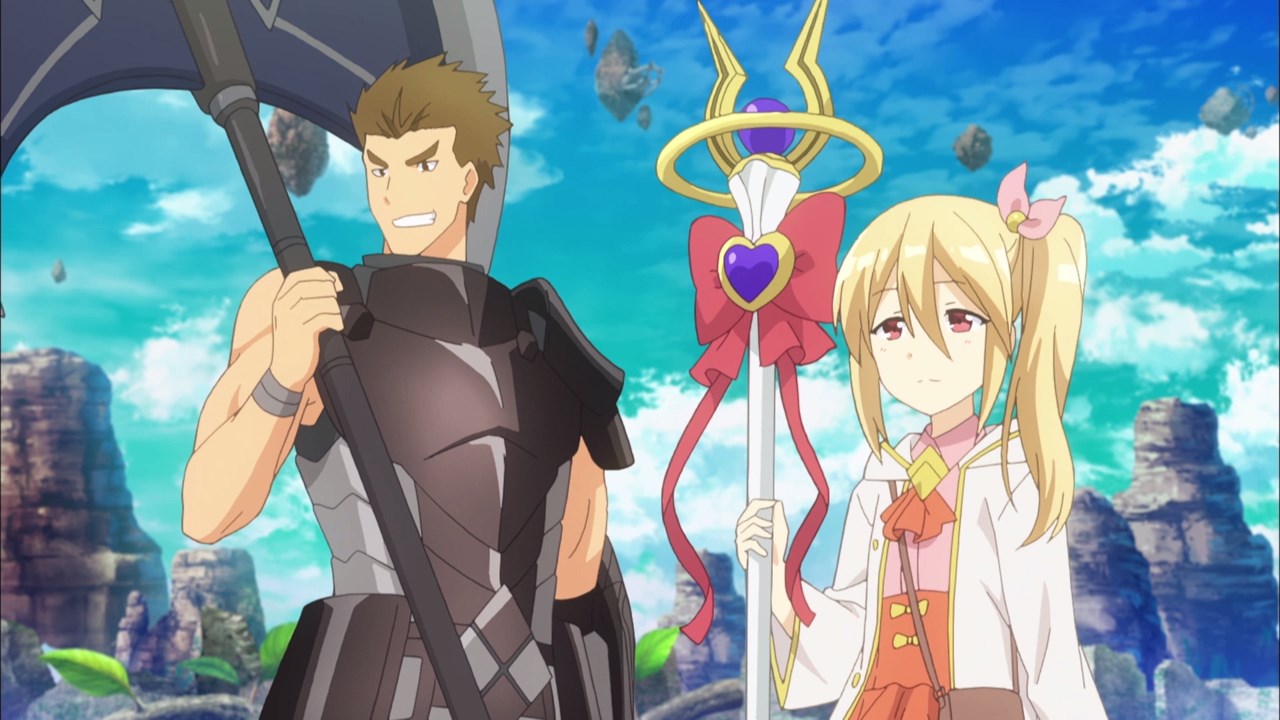 Now then, let’s start with the Order of the Holy Sword where Drag and Frederica are ready to kick some ass and take names. 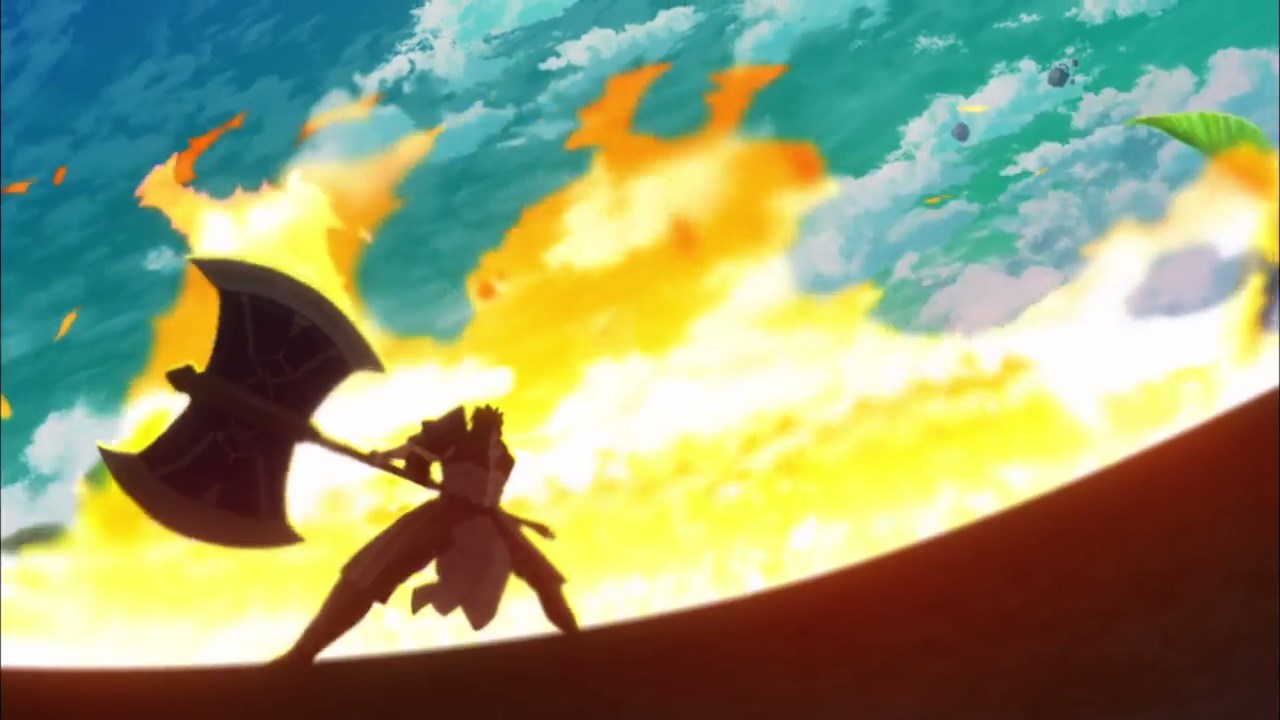 And really, they really can hold on their own against numerous guilds as seen here where Drag cracks the ground with his large axe. 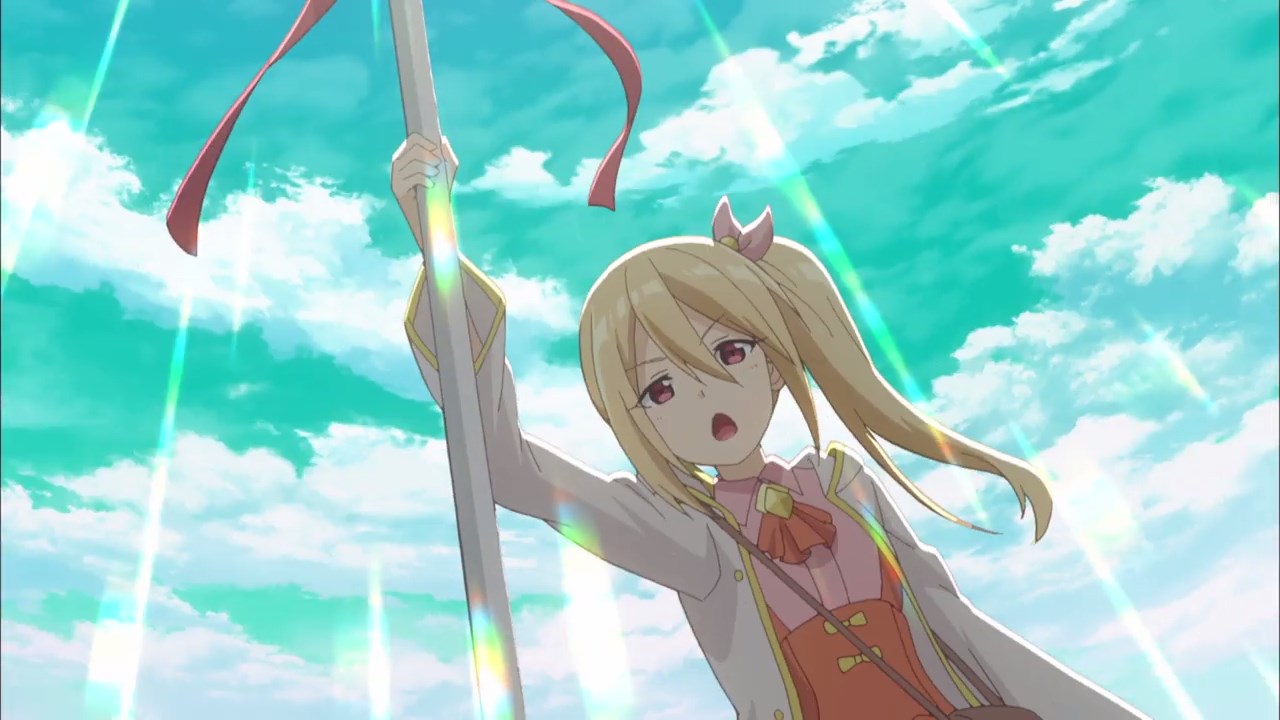 And if it wasn’t enough, there’s Frederica where she casts a powerful area-of-effect spell. 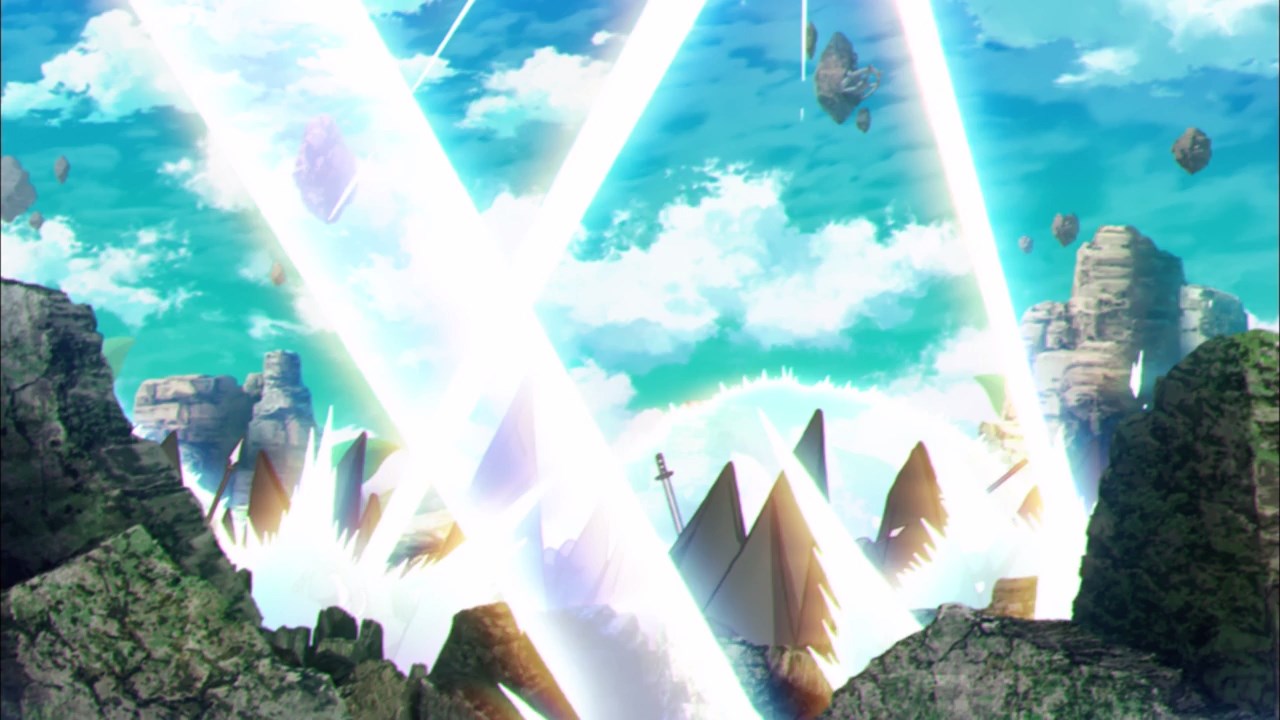 Yeah, I have to say that the Order of the Holy Sword are the favorites to win this event, but let’s not count on that because there are some guilds who are aiming for first place. 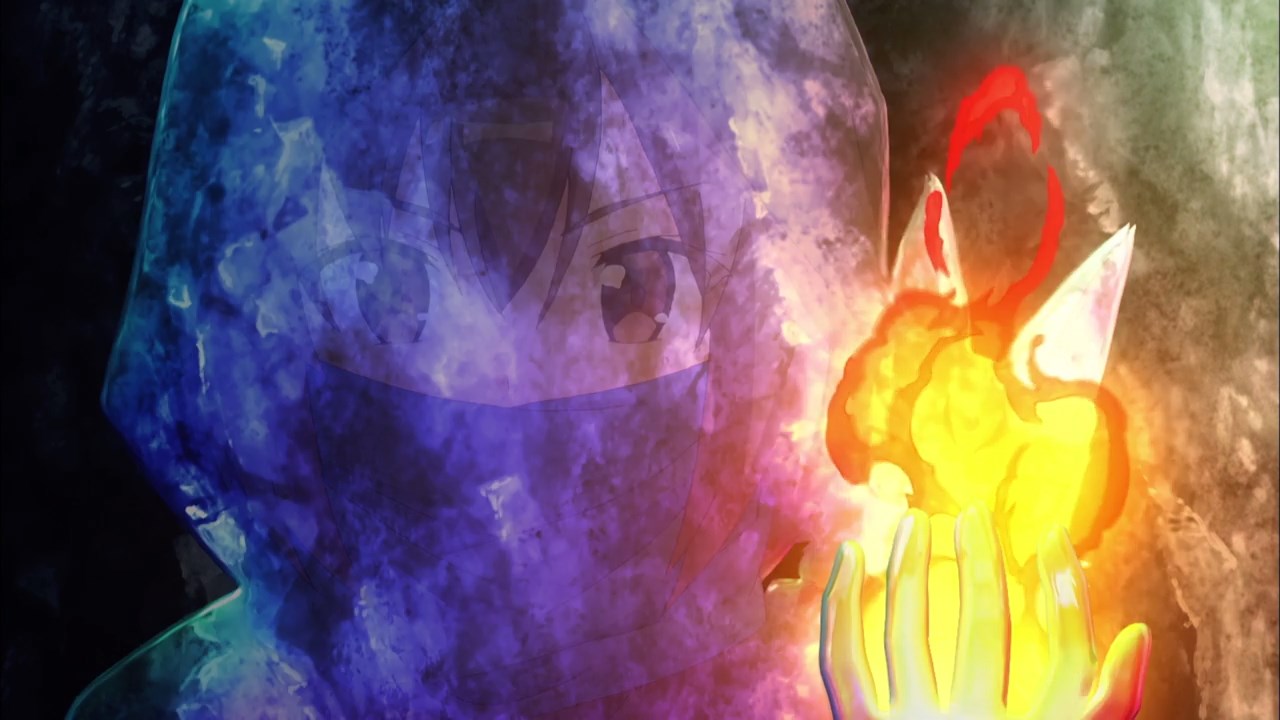 Now let’s move onto Maple Tree where some of its members are taking the offensive, all while Maple, May, and Yui are busy defending their base.

Anyways, here’s Sally where she’ll create a diversion by burning the enemy base. 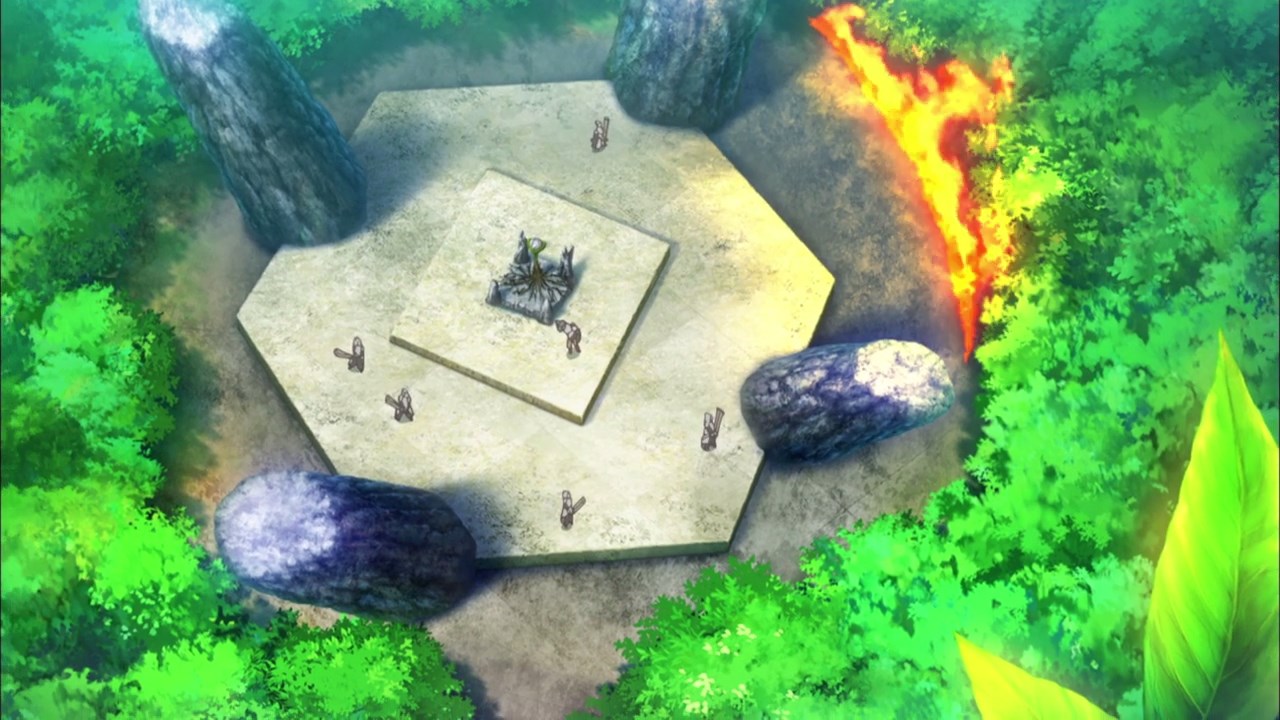 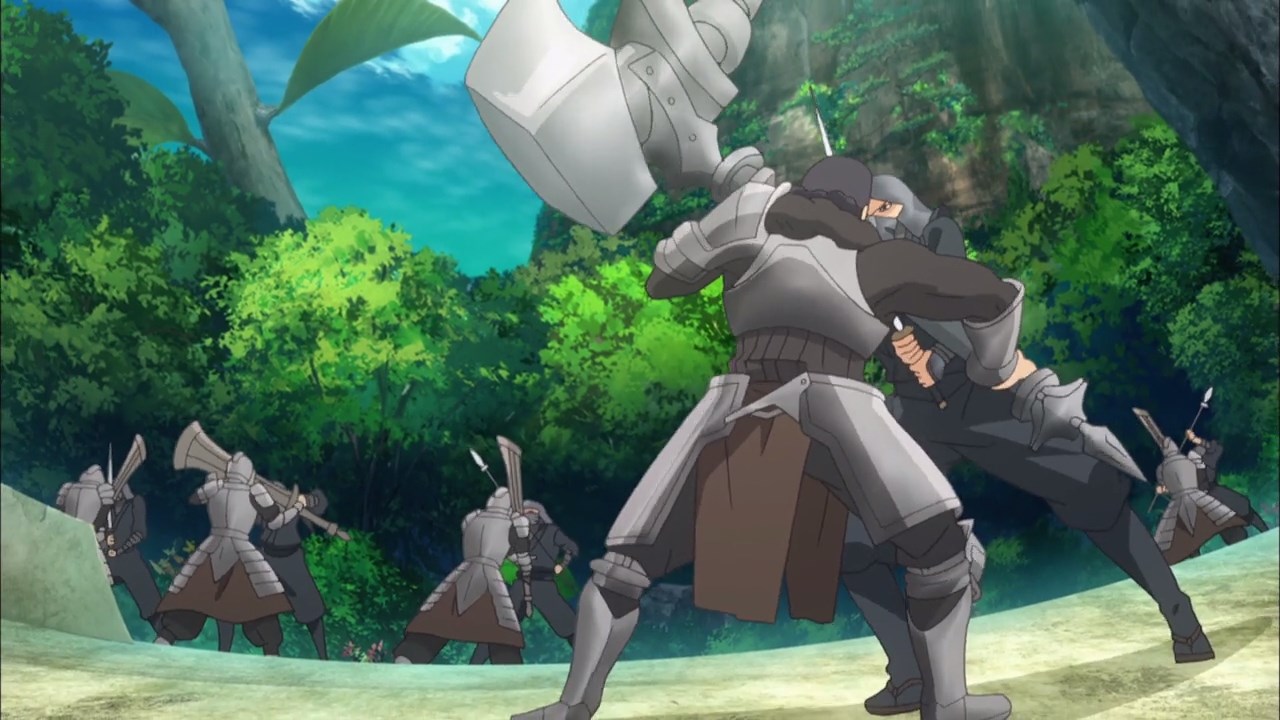 And as you can see, it’s a great strategy from Sally where she cause chaos and confusion between two opposing guilds… 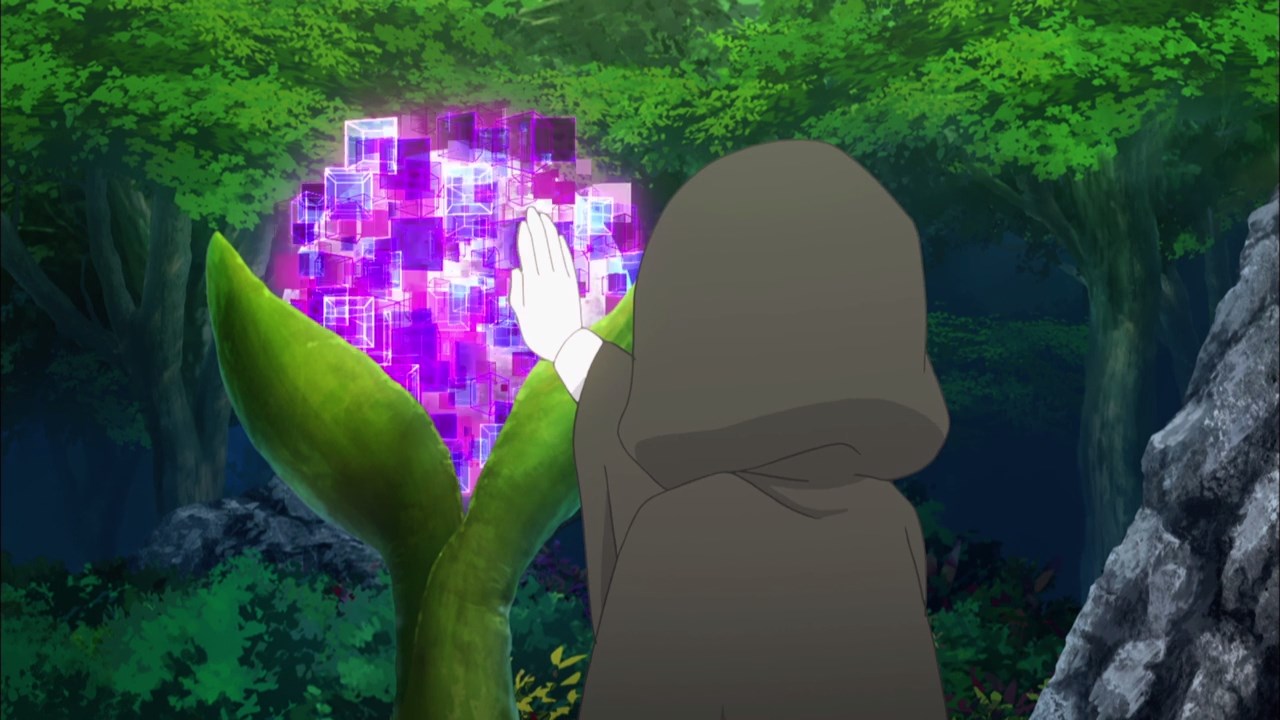 …all while stealing the orb right under their noses. Cheeky strategy there, Sally! 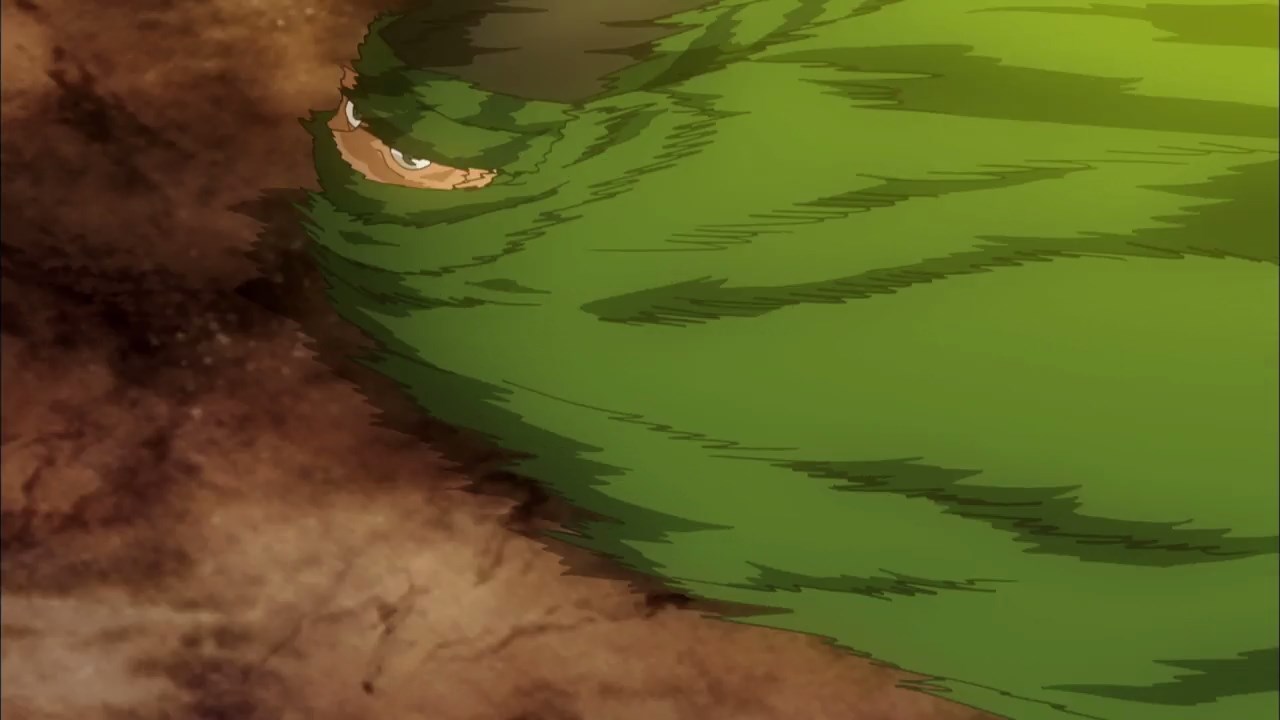 Of course, seems that one player is aware of her tricks as Dread is here to ambush Sally from behind. 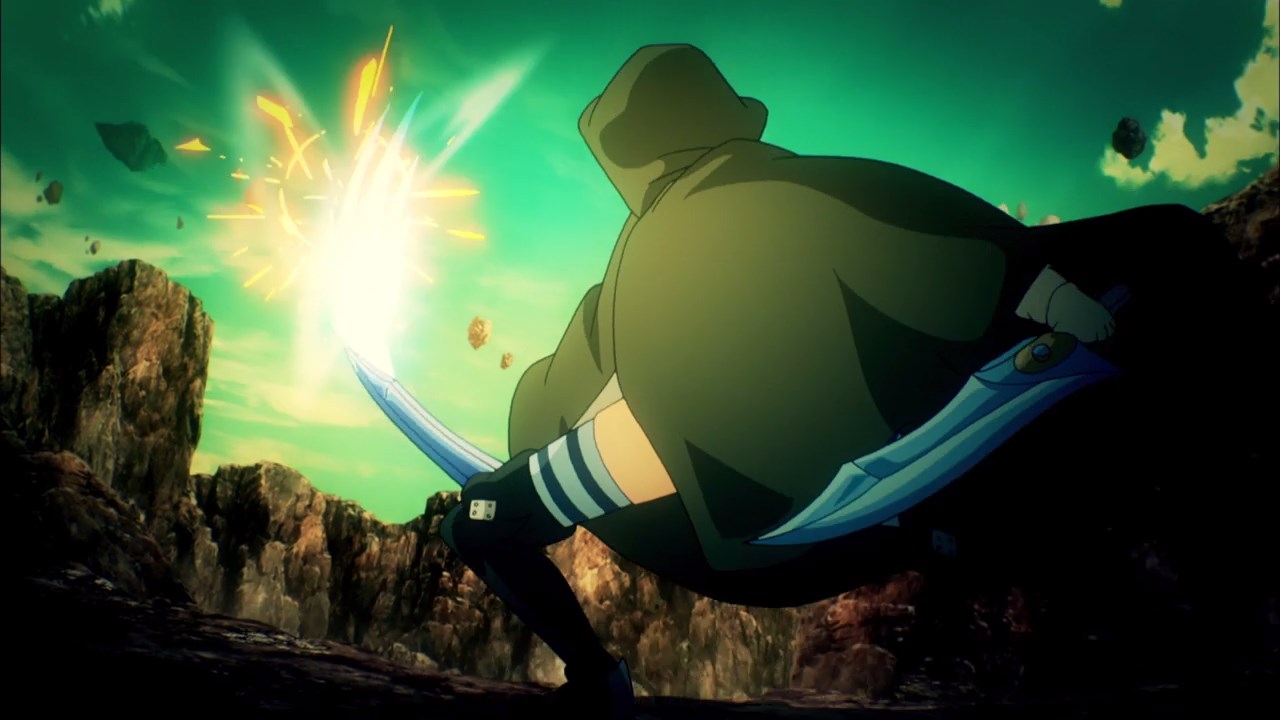 Fortunately, Sally got some great reaction as she parried Dread’s sneak attack. But afterwards, Dread disappears which means that he’s just observing Sally’s moves or he’s just want to greet her. 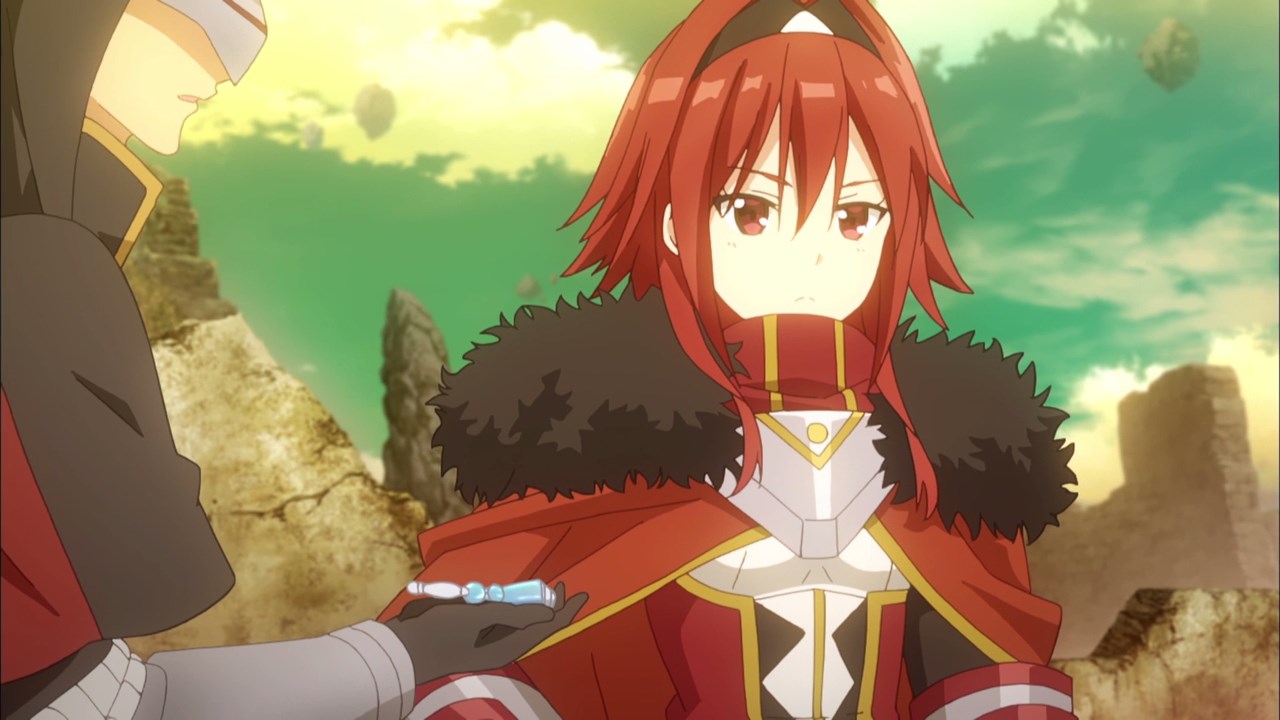 Now let’s move onto the Flame Emperors where despite having lots of members, they’re still strong where the guild has Mii, Marcus, and Misery.

There’s also another strong player within Flame Emperors, but I think that player will be shown in later time but for now, Mii is about to capture the enemy orb. 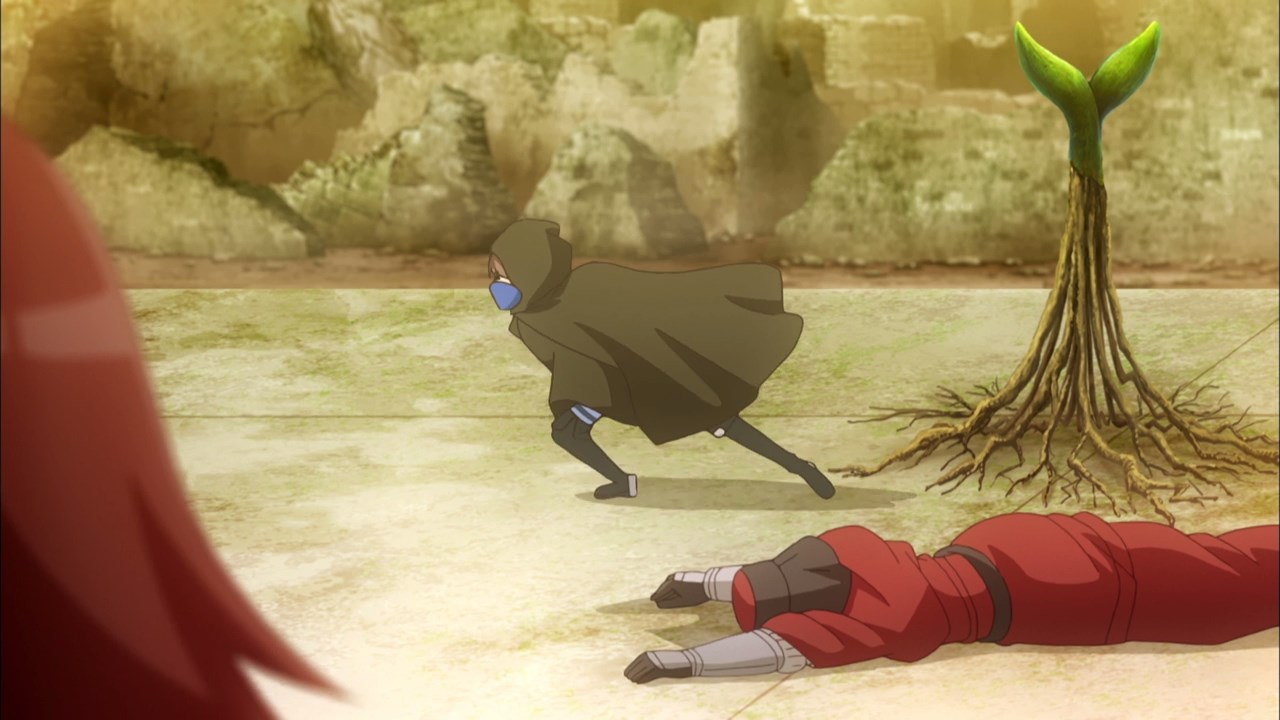 However, Sally beat her to the punch as she steals the orb and make a run for it. 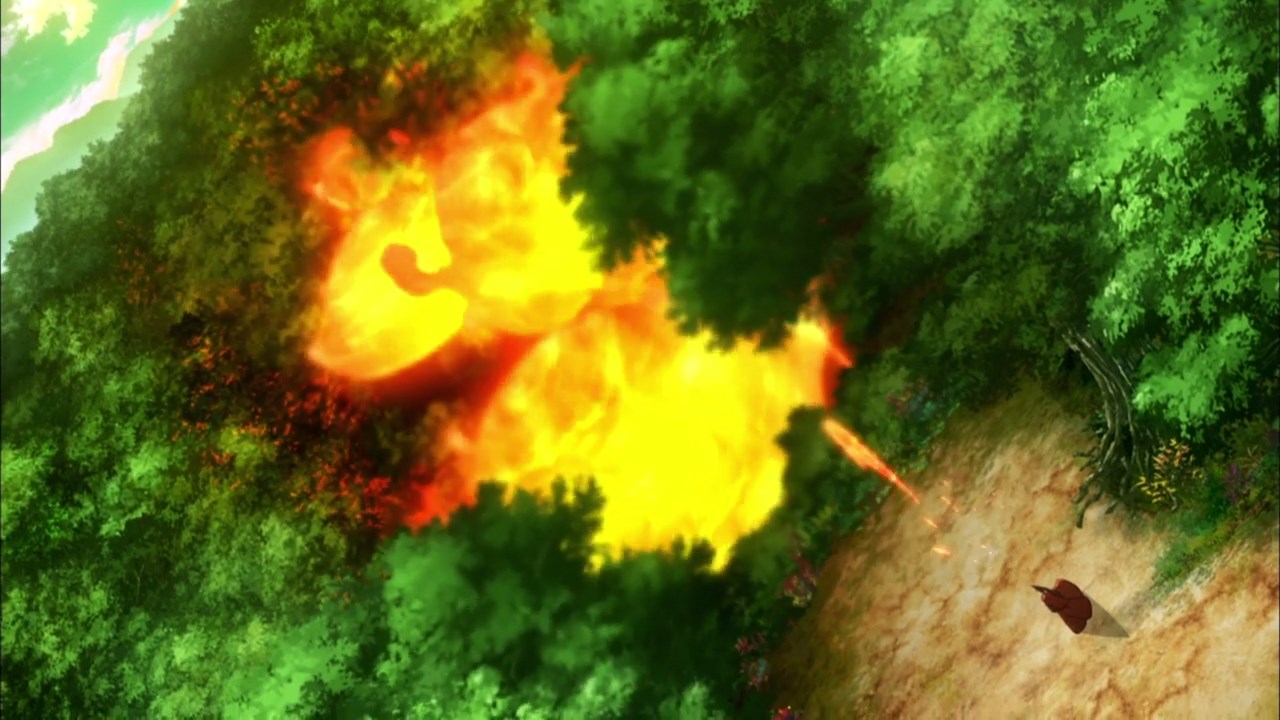 Not to be outdone by Sally, Mii unleashes her flurry of fire attacks but honestly though, bringing a “scorched earth” strategy doesn’t work as Sally got away safely. 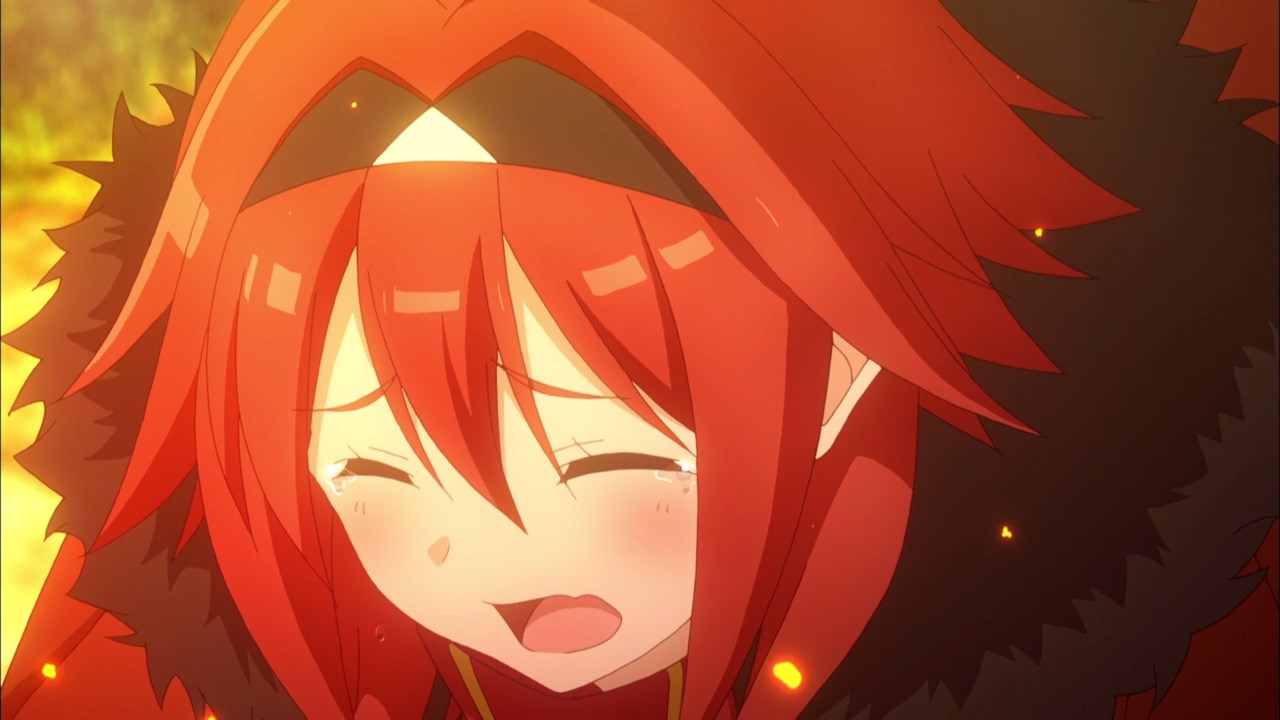 And speaking of Mii, she’s very upset that Mii became a crybaby for failing as the cool leader of Flame Emperors.

Well, gotta say that she’s not the perfect player that everyone sees. 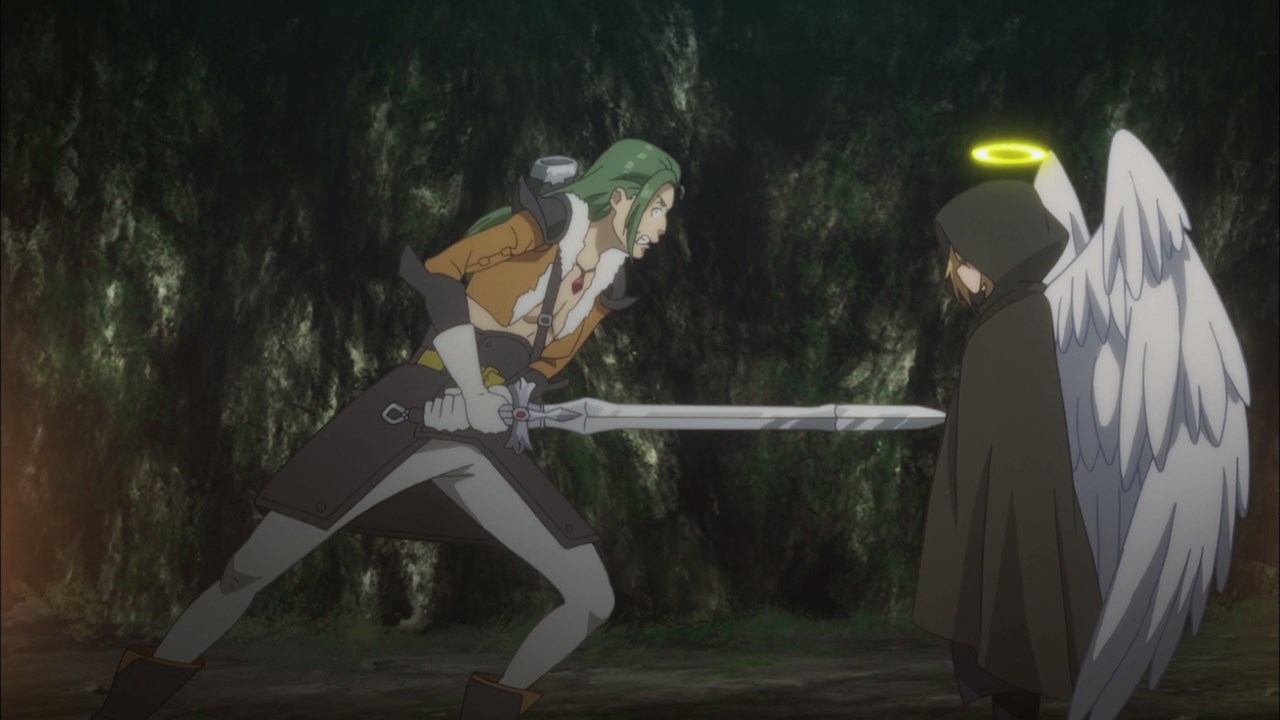 One last thing, here’s Maple where her impregnable defense is way impressive that various players couldn’t crack it.

Of course, this player won’t get killed at the hands of Maple since she’s using Loving Sacrifice. 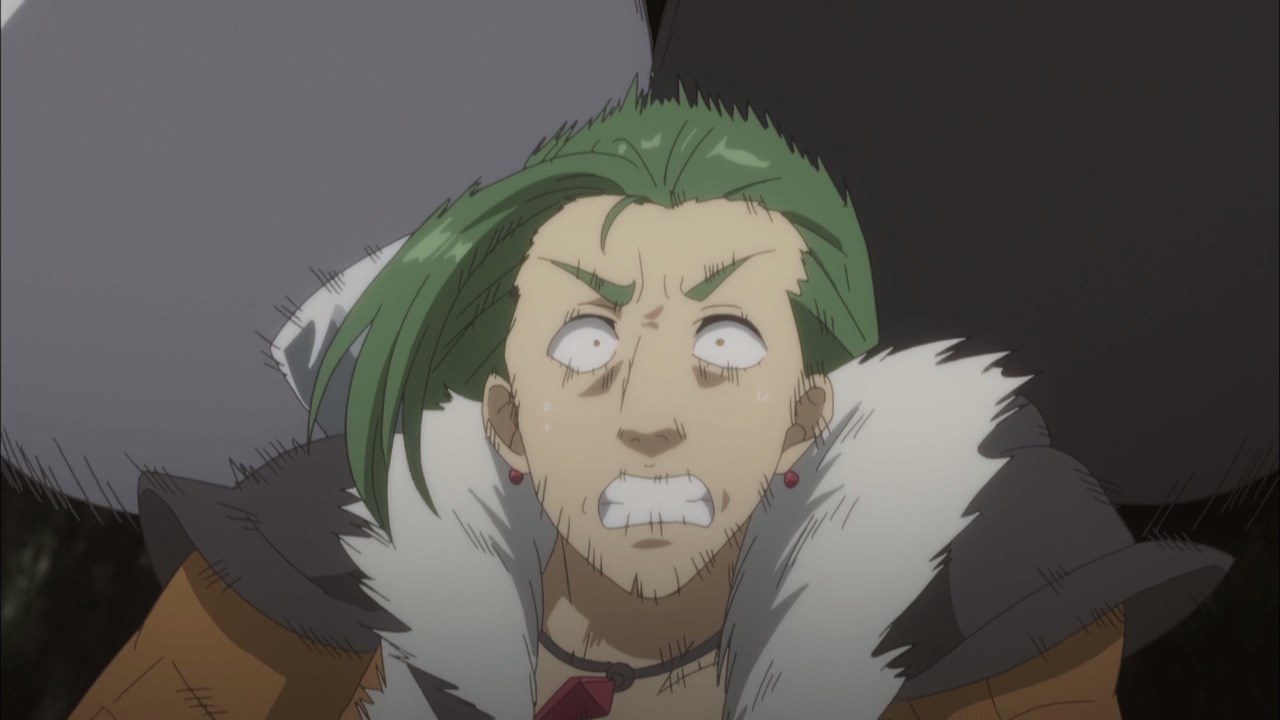 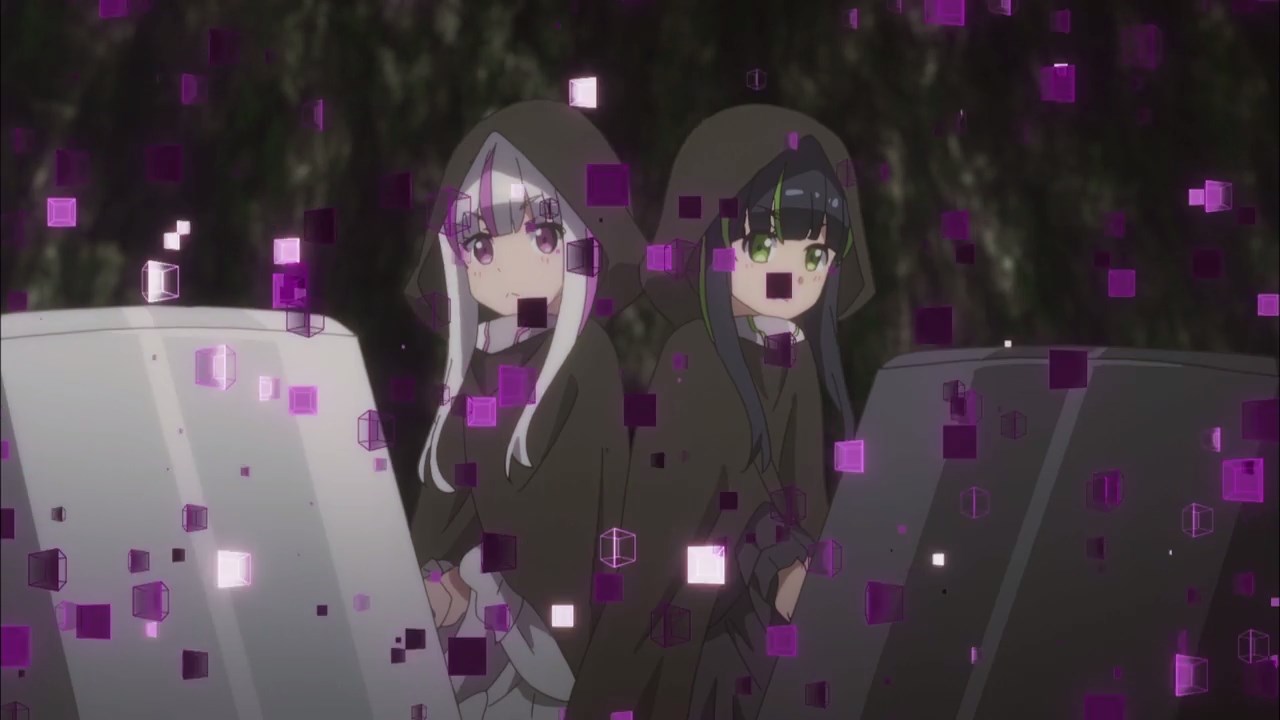 But instead, he got smacked real hard by both Yui and May that the player died. Oh and he can’t afford to lose lives during the event because once his 5 lives are up, this adventurer is out of the game.

And that’s about it for this episode as Maple Tree are doing fine at this event. Of course, they can’t take it easy though because some guilds are preparing to take them down. Well then, I’ll see you next time!