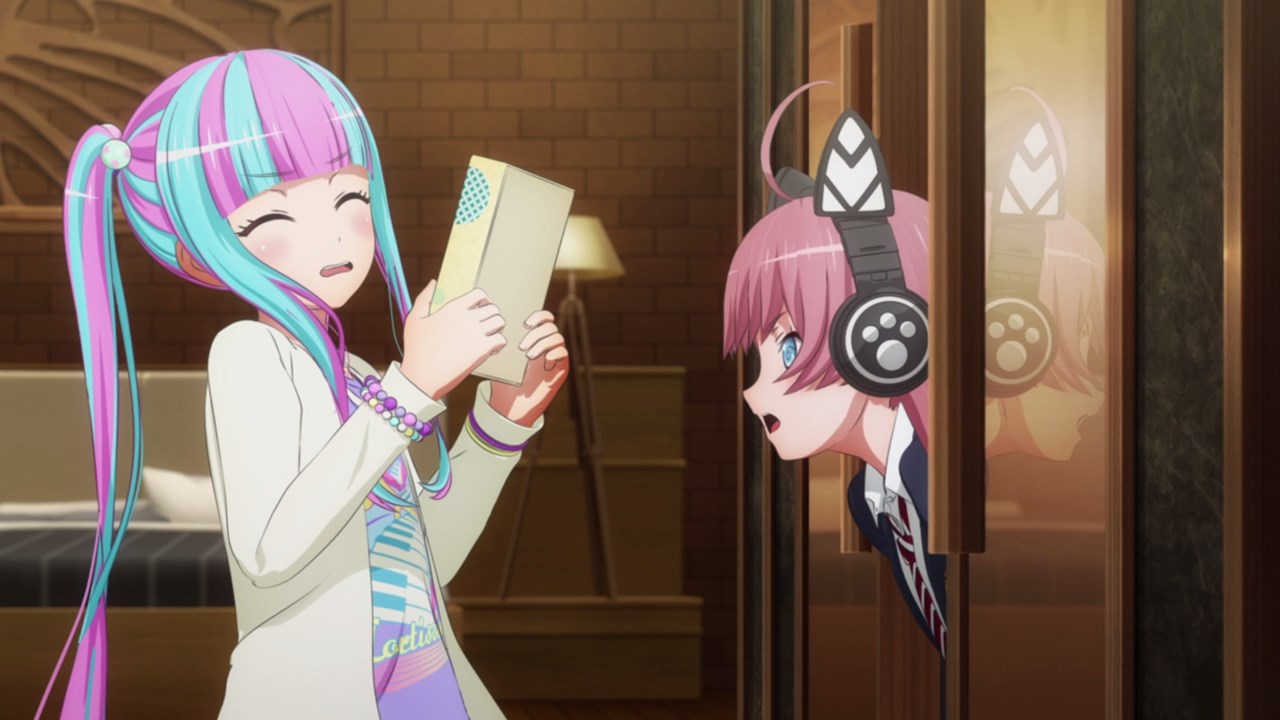 Well then, let’s start this episode with Pareo and Chu2 where the former wants to give a souvenir to Chu2 since their fellow band-mates went to a ryokan, but the latter is busy with her work as usual that she told Pareo to scram.

Of course, Chu2 changed her mind where she took the box full of manju, but she’s not gonna share it to Pareo though because she’s one selfish producer. 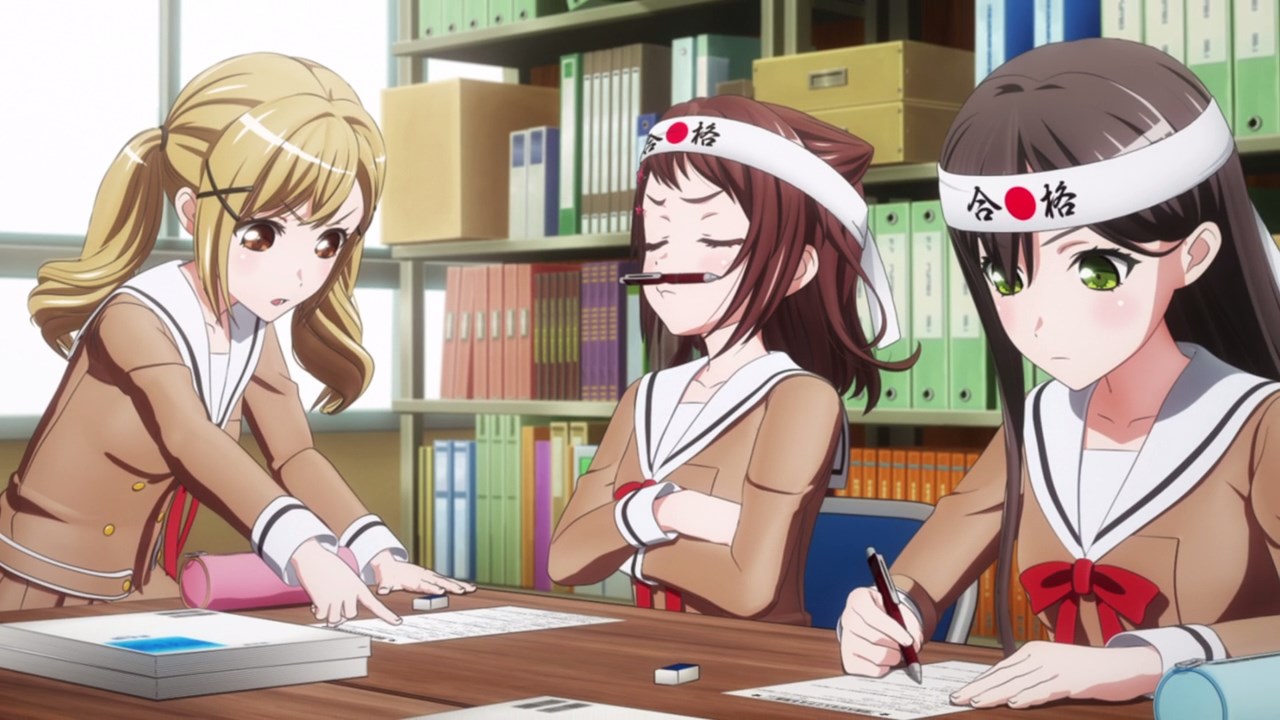 Now then, let’s move onto Poppin’ Party where they’re gonna get busy after their trip at the hot springs.

Of course, Kasumi Toyama and Tae Hanazono will have to study hard for the upcoming mid-terms exam or they’ll force to take supplementary lessons, which means that they can’t perform at all. 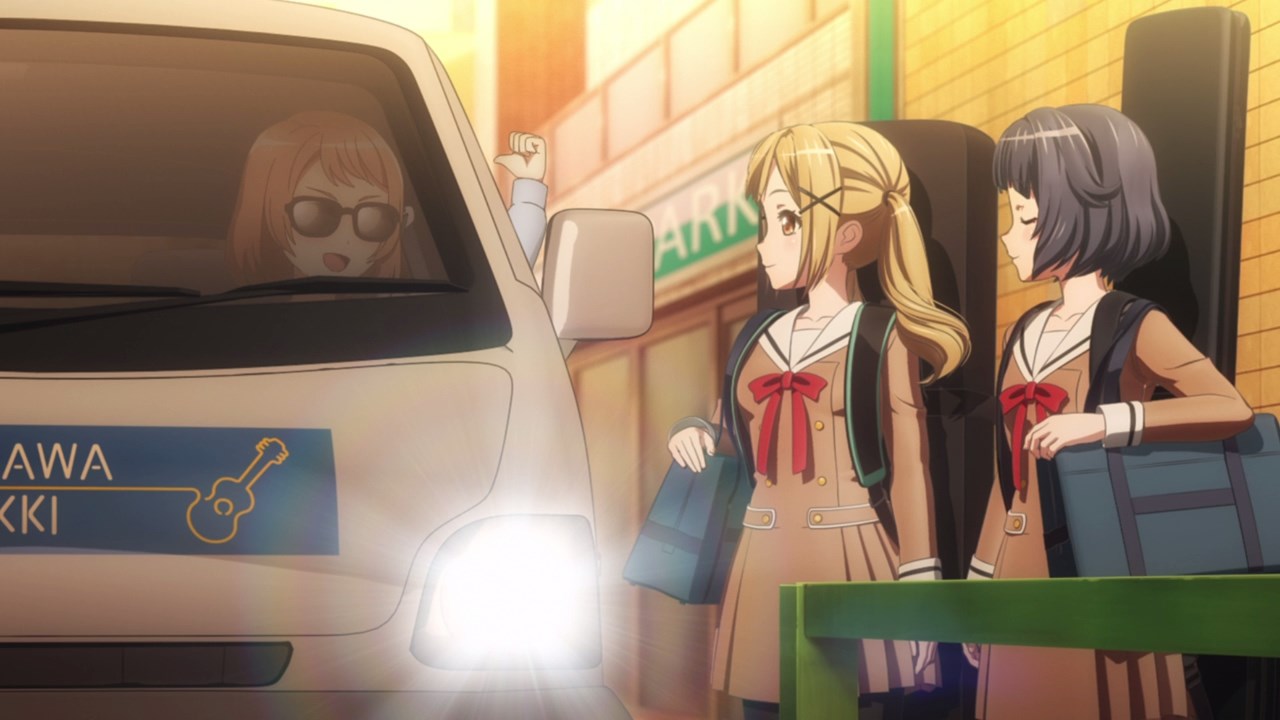 Also, they have to perform at various places other than Live House Galaxy. That’s right, PoPiPa will perform at Live House Circle and Dub Music Experiment, although the latter is very far.

Good thing Hinako Nijikki is here to take Poppin’ Party to their destination as she has a driver’s license and a van. 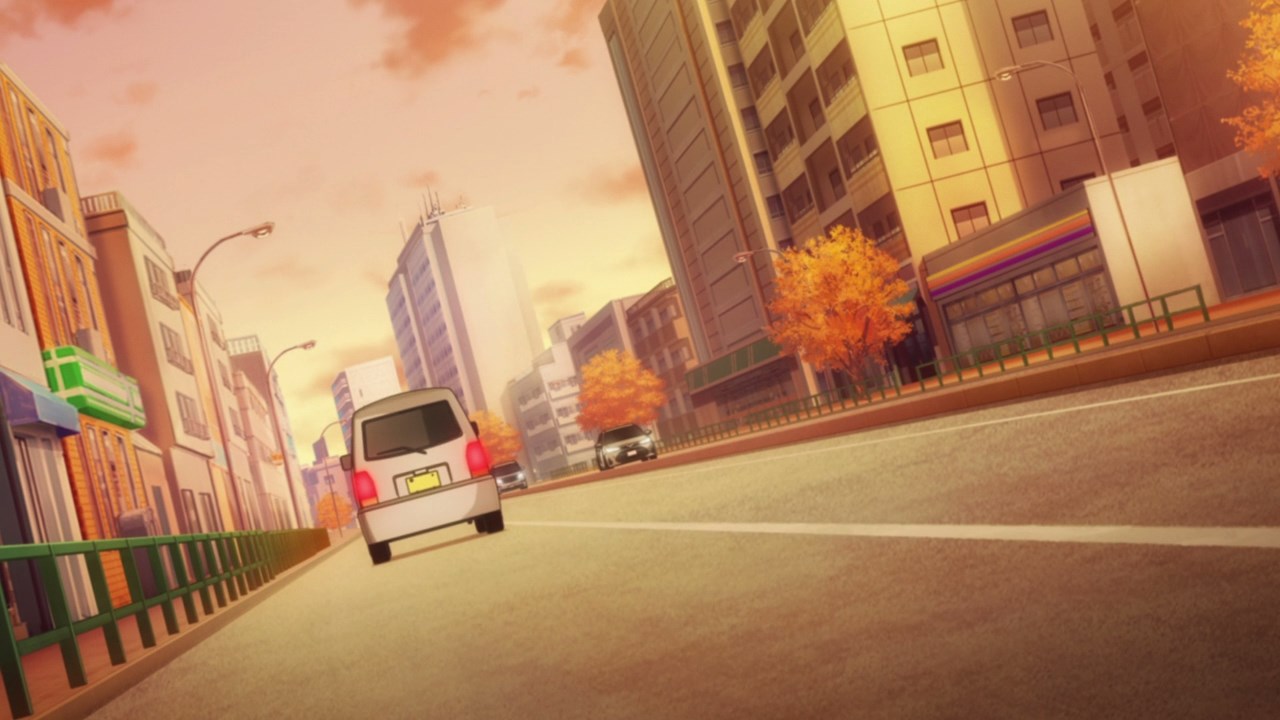 And so, Kasumi and the rest are off they go to Dub Music Experiment, RAISE A SUILEN’s home turf where PoPiPa will perform there to gather points for the BanG Dream! Girls Band Challenge. 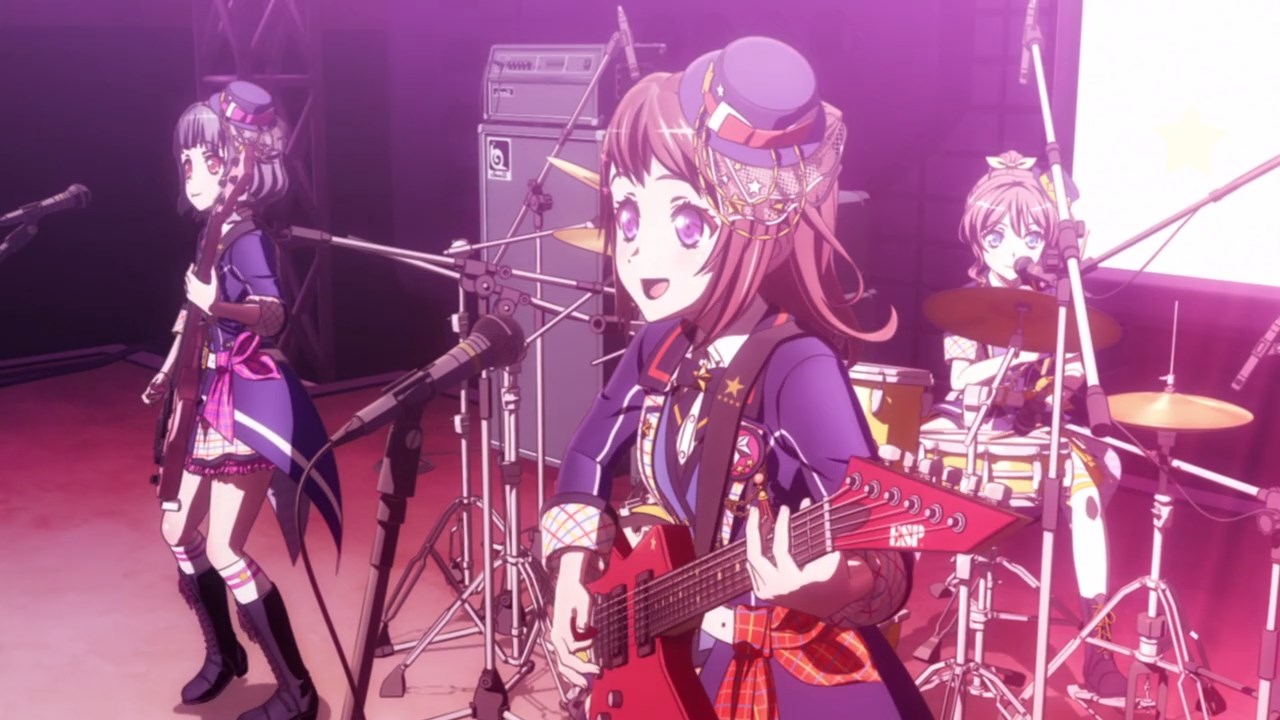 And here they are at RAISE A SUILEN’s home turf as they perform “Dreamers Go!”. Sure that the attendees will root for the home team, but they’re interested in listening PoPiPa’s songs. 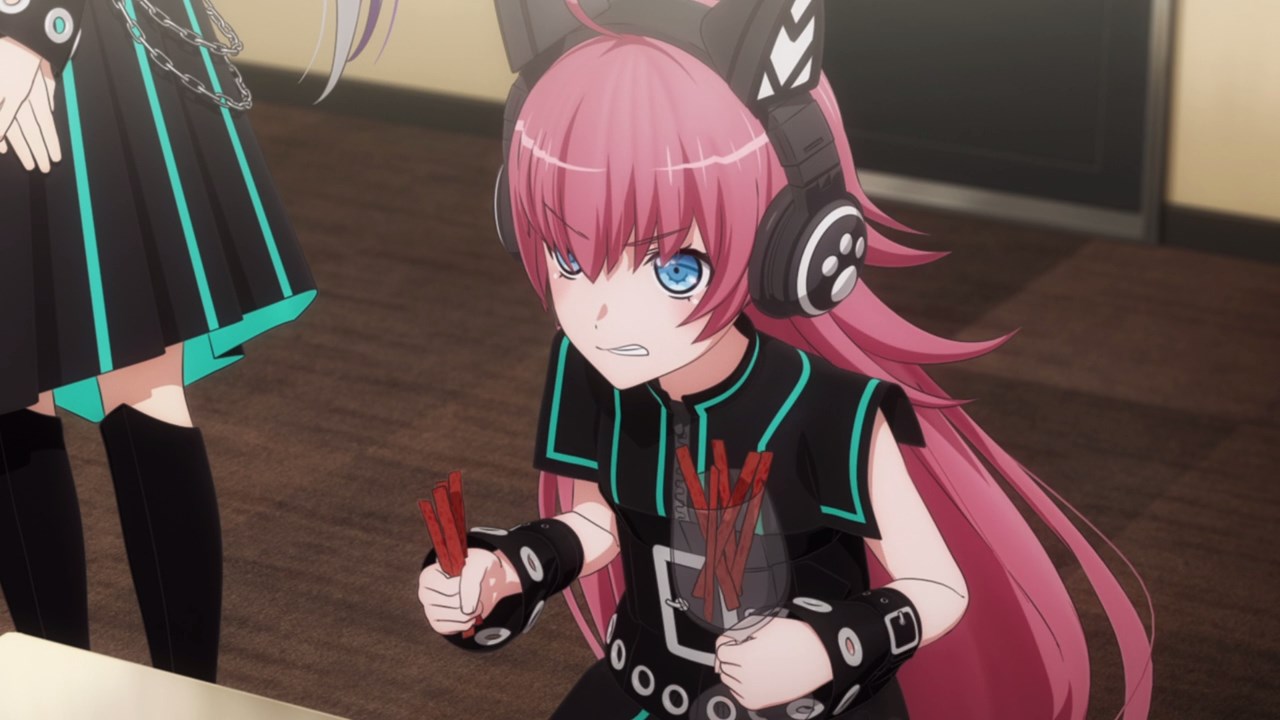 Of course, Chu2 doesn’t like a rival girls band performing at Dub Music Experiment because they’ll steal their fans away.

But wait Chu2, you’re mad because Poppin’ Party is at your home turf, but you’re okay letting Roselia in just to crush them right? That’s double standards there mate! 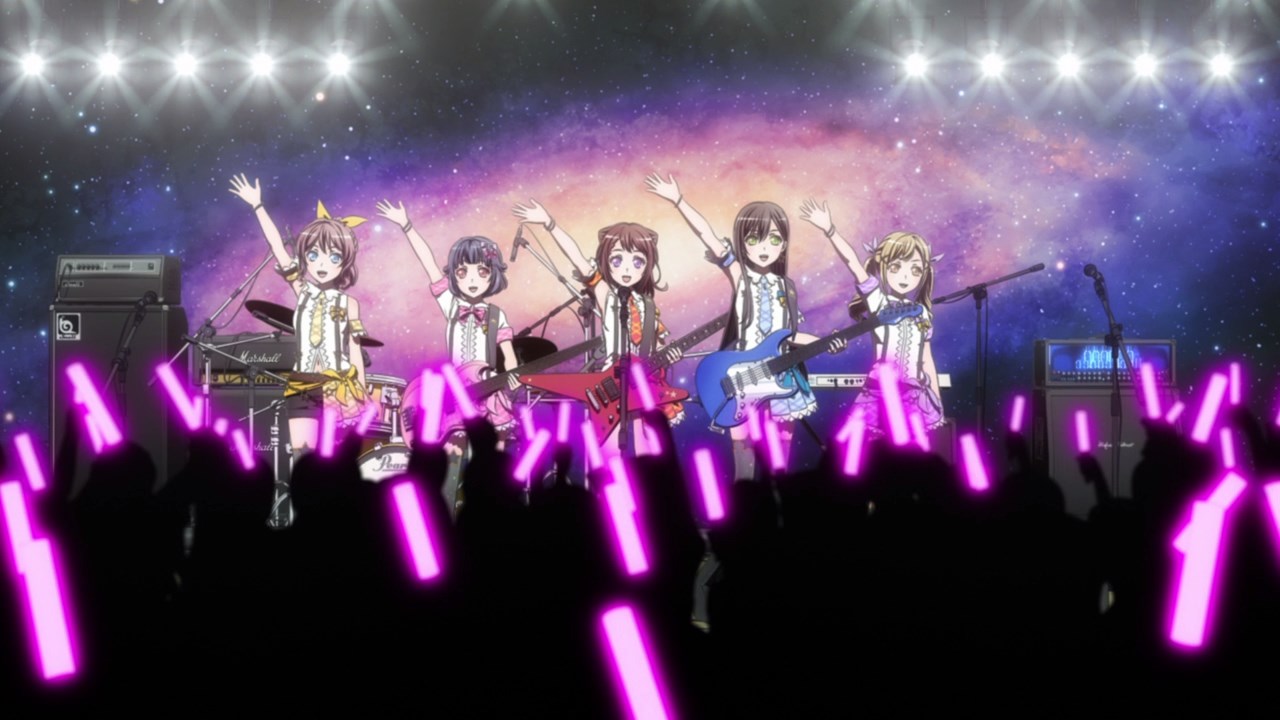 With that said, Poppin’ Party worked hard to get into 2nd place, although I’m not sure if their points are enough for them to land a spot at the Budokan final. 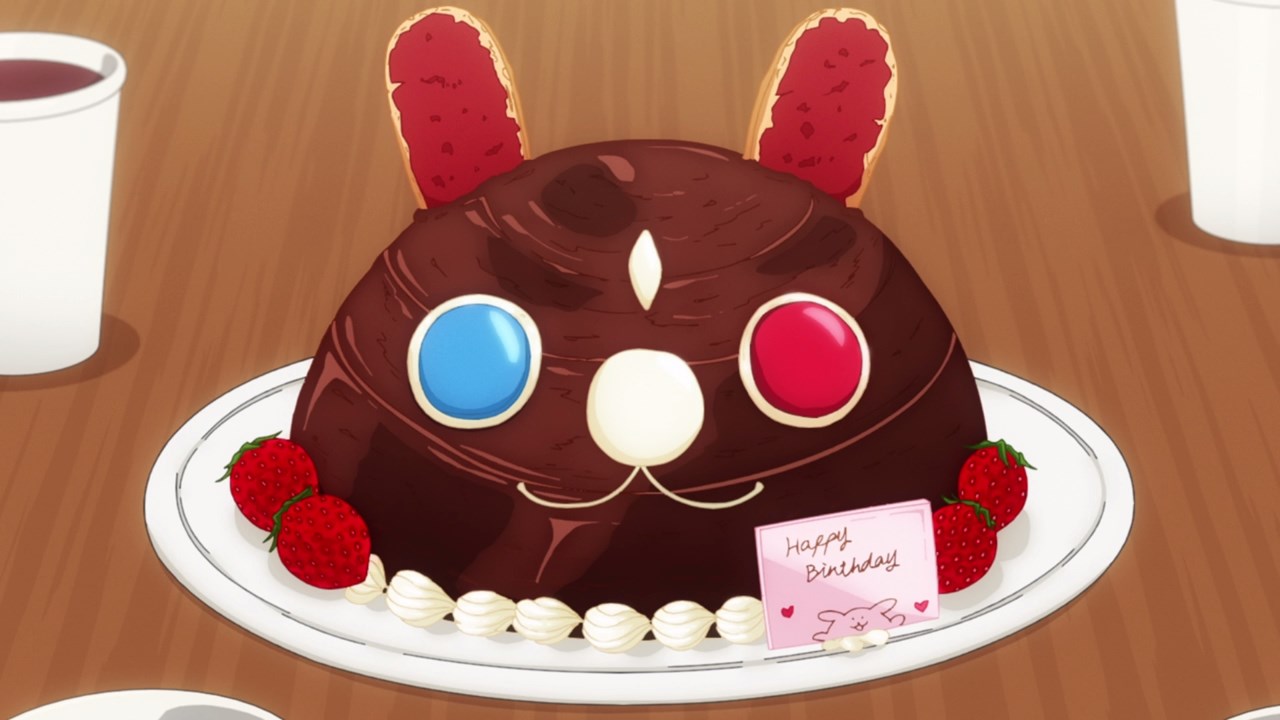 After their live give, it looks like we got a party as Kasumi Toyama and the rest are celebrating Tae Hanazono’s birthday. 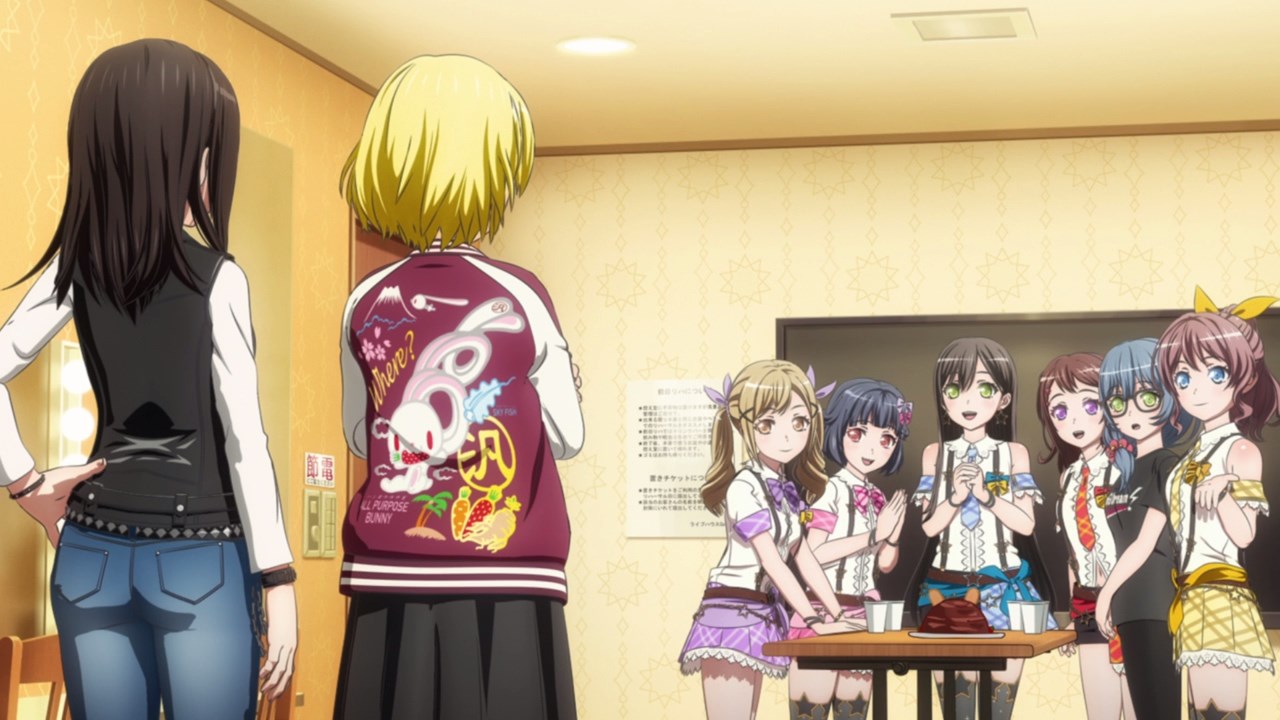 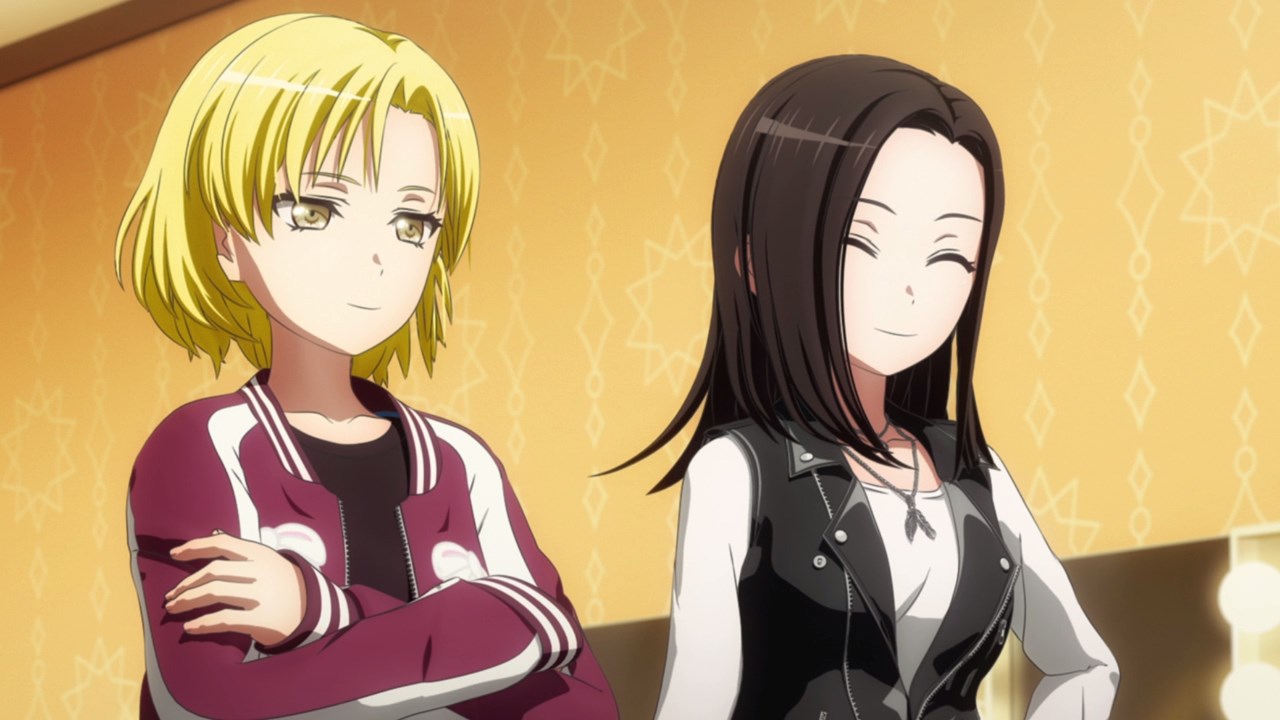 Yeah, let’s not forget that Masking is a good cook aside from being a good drummer.

Masking should have a salary raise (A SUILEN) at the ramen restaurant she’s working on! 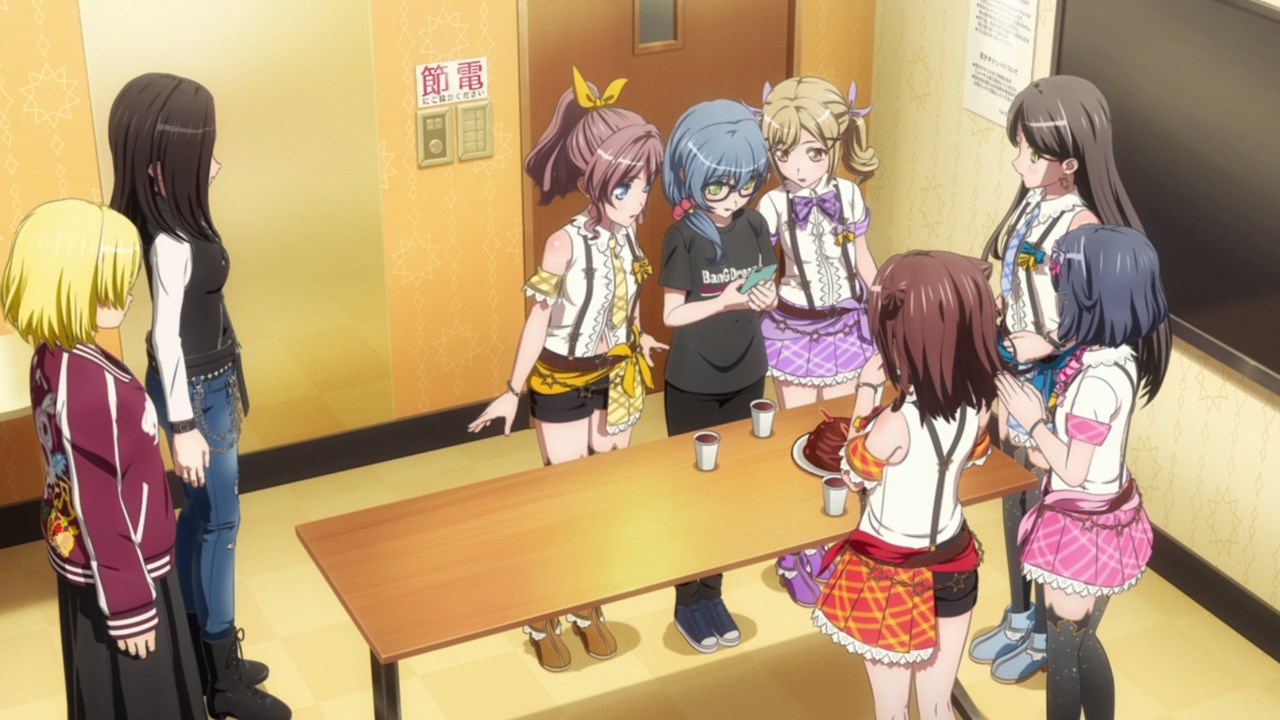 One more thing, Rokka Asahi told the girls that the rankings are now updated, with Poppin’ Party getting 6th place. It’s not enough to land them a spot, but PoPiPa are getting there.

Unfortunately, there’s one band who got dropped down a rank… 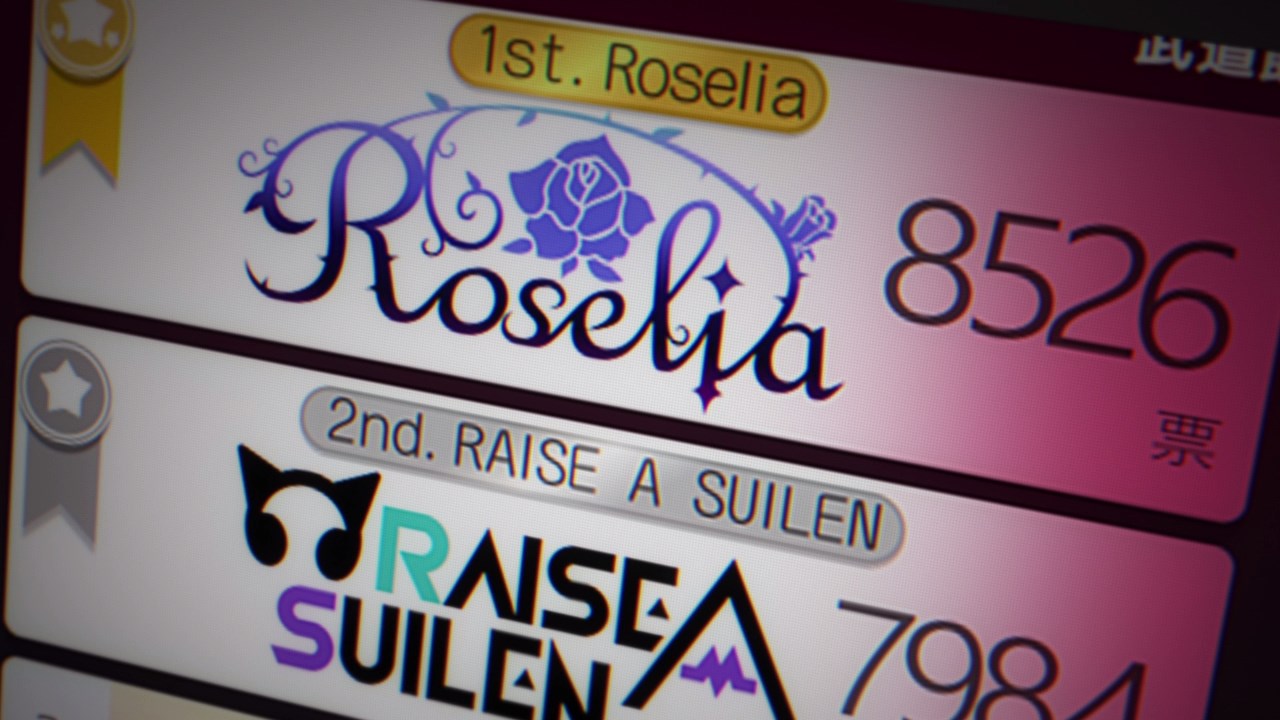 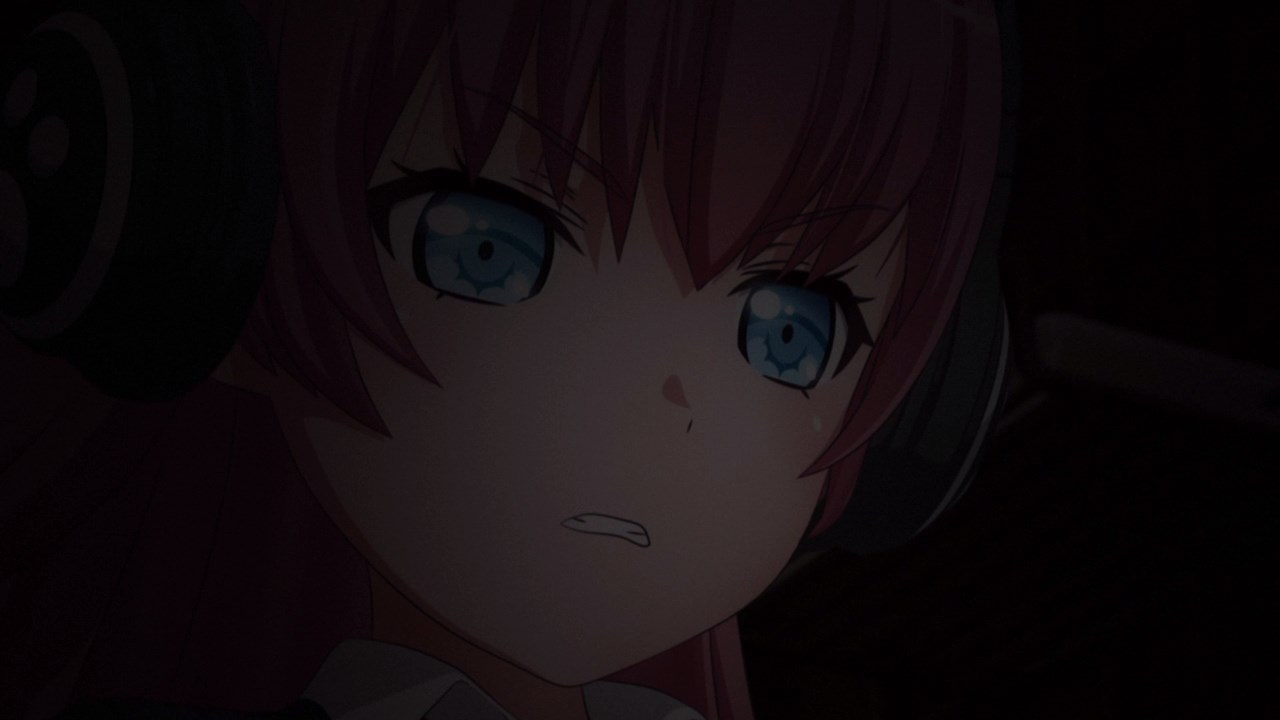 Turns out, it’s RAISE A SUILEN where they dropped down to 2nd place and Chu2 is not happy that Roselia took over the top spot.

Looks like her rival bands are to blame for RAS dropping down to 2nd place, and let’s not forget that her band-mates are getting friendly towards the likes of Kasumi Toyama, Yukina Minato, etc. 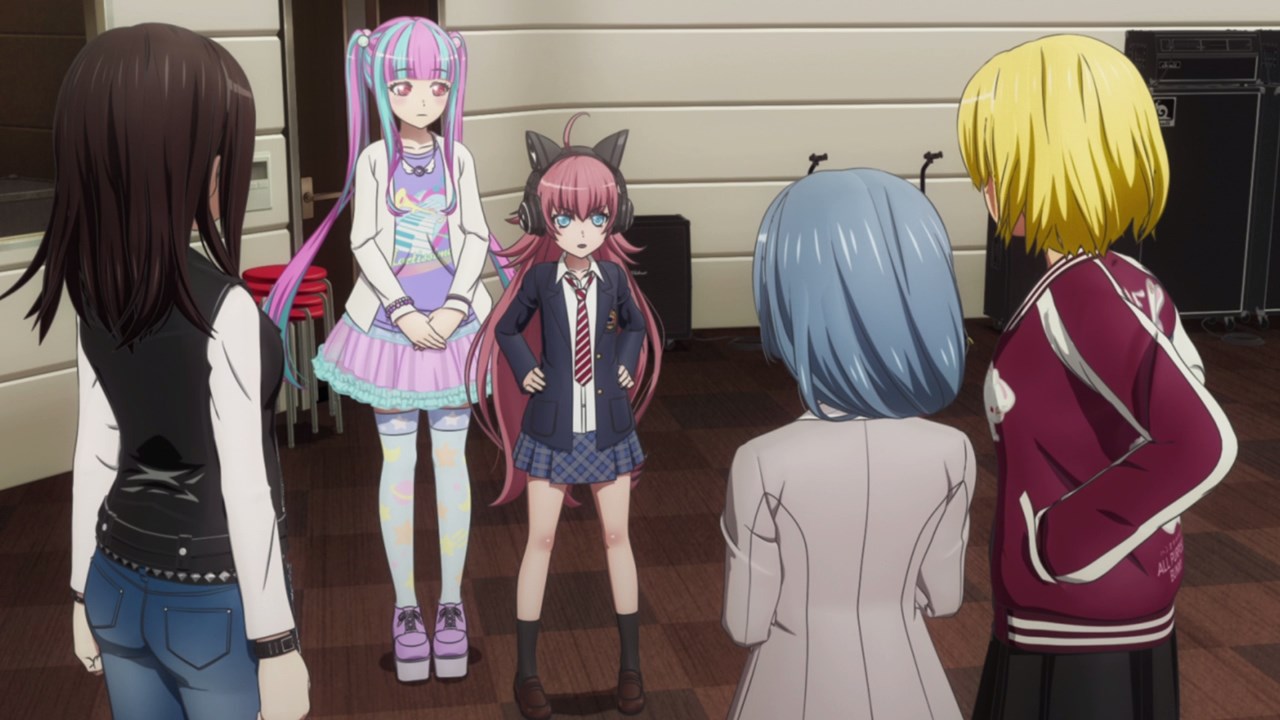 So, Chu2 decided that she’ll control the entire schedule for all of her band-mates, which is pretty much a bad move there by this pint-sized producer. 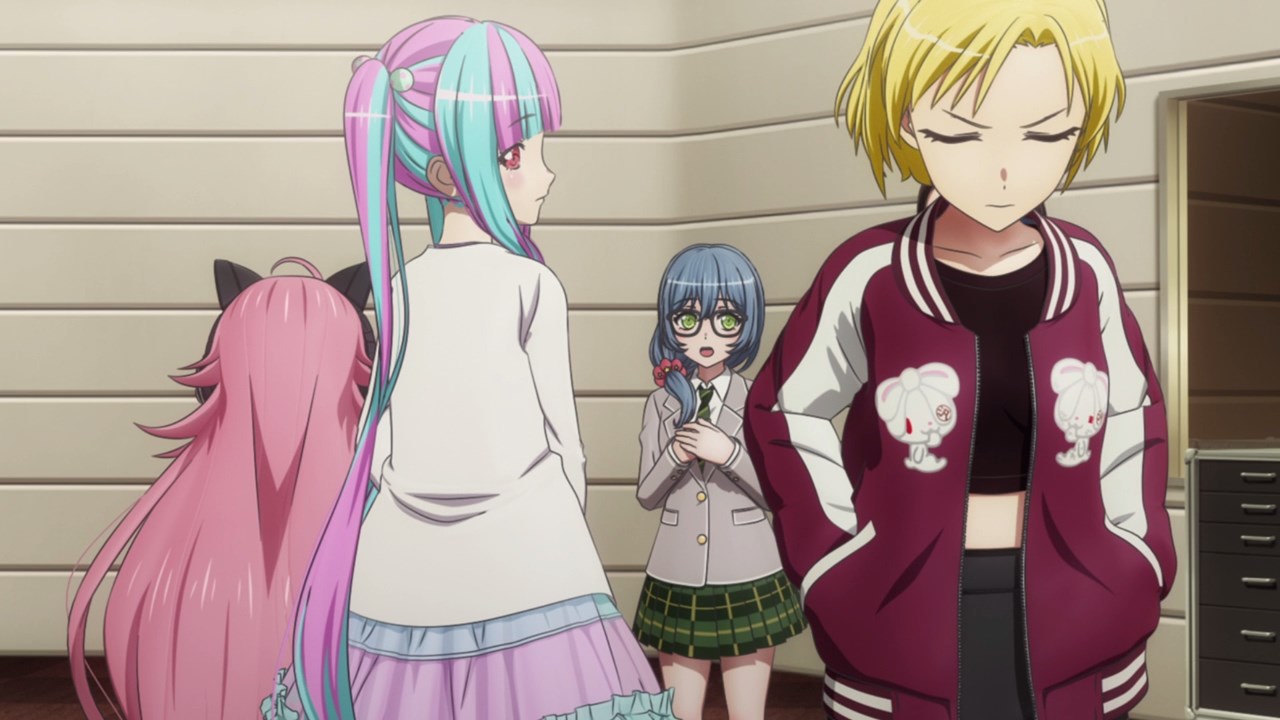 And really, most of her band-mates told Chu2 to “Screw this, I’m outta here!” and left the building.

Chiyu Tamade, you can’t control the lives of your band-mates ’cause you’re destroying the bond between you and them! 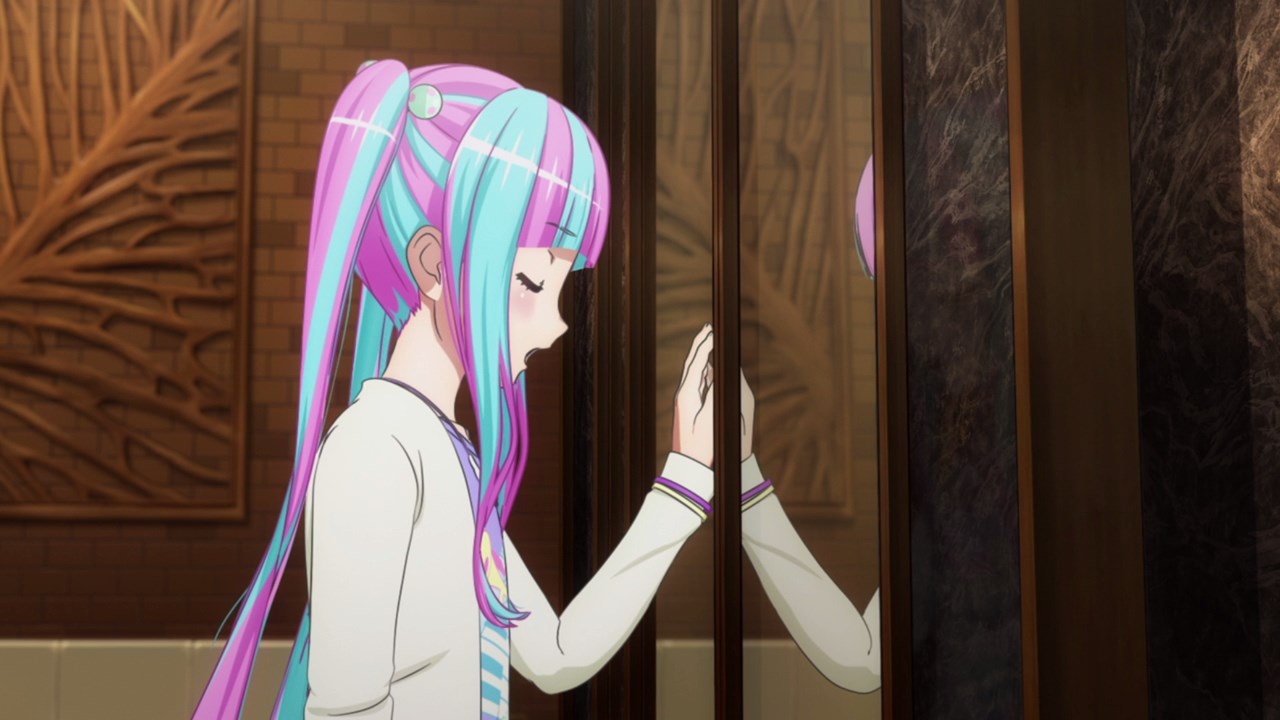 But don’t worry though, there’s Pareo where she’ll remain at Chu2’s side. I mean, she’s the most loyal band-mate to the producer. 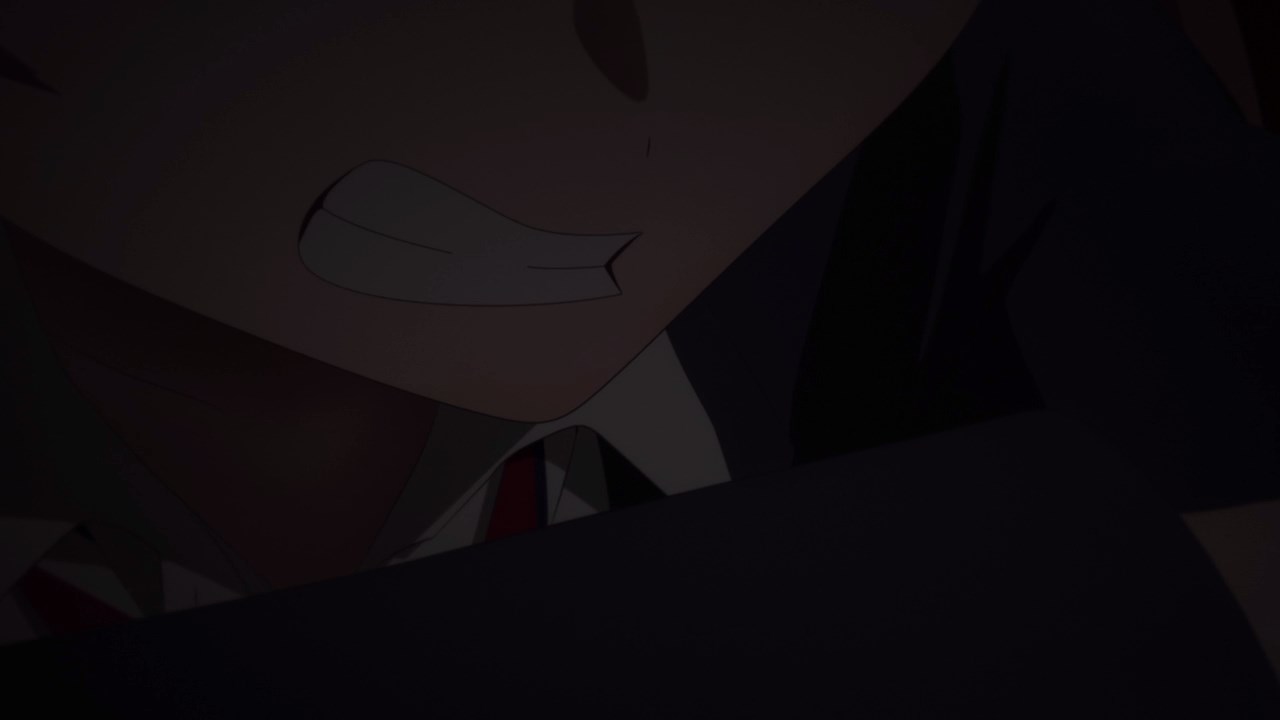 However, Chu2 told Pareo to scram because she doesn’t need a member who’s very useless. You know what Chiyu, you just crossed the line as you’ve burned bridges with Reona Nyubara!

Well then, looks like we’re gonna see the fall of RAISE A SUILEN after seeing their meteoric rise throughout this season. Seriously, I hate Chu2 because why should I feel pity for the little producer when her arrogant attitude caused a rift among her band-mates and animosity towards rival bands.

Anyways, tune in next time where we’re gonna see some drama ahead for RAISE A SUILEN!