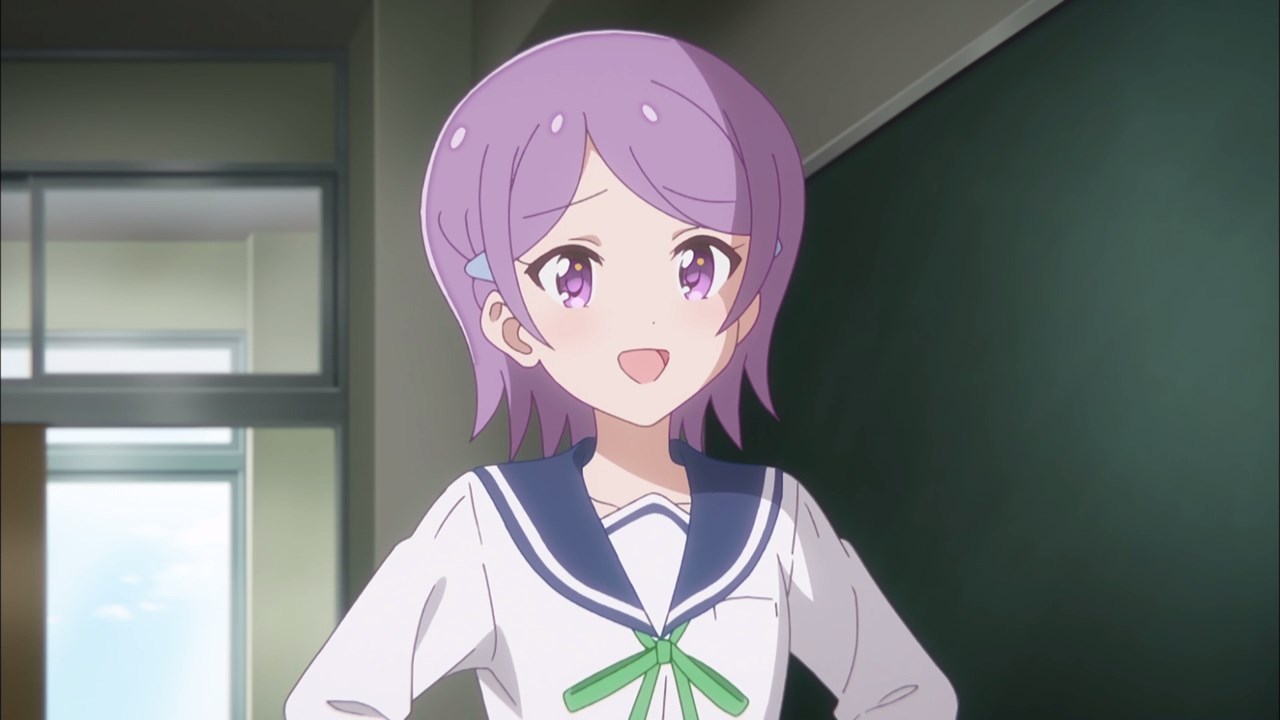 It’s a new school year and we have a new version of Moe Suzuya where she cut her hair to make it short. Gotta say that it suits her well!

Then again, I think the reason why Suzu cut her hair is because of Mira’s older sister Misa Konohata. I speculated that she got dumped by Misa-nee, therefore Moe decided to have short hair on the next school year. 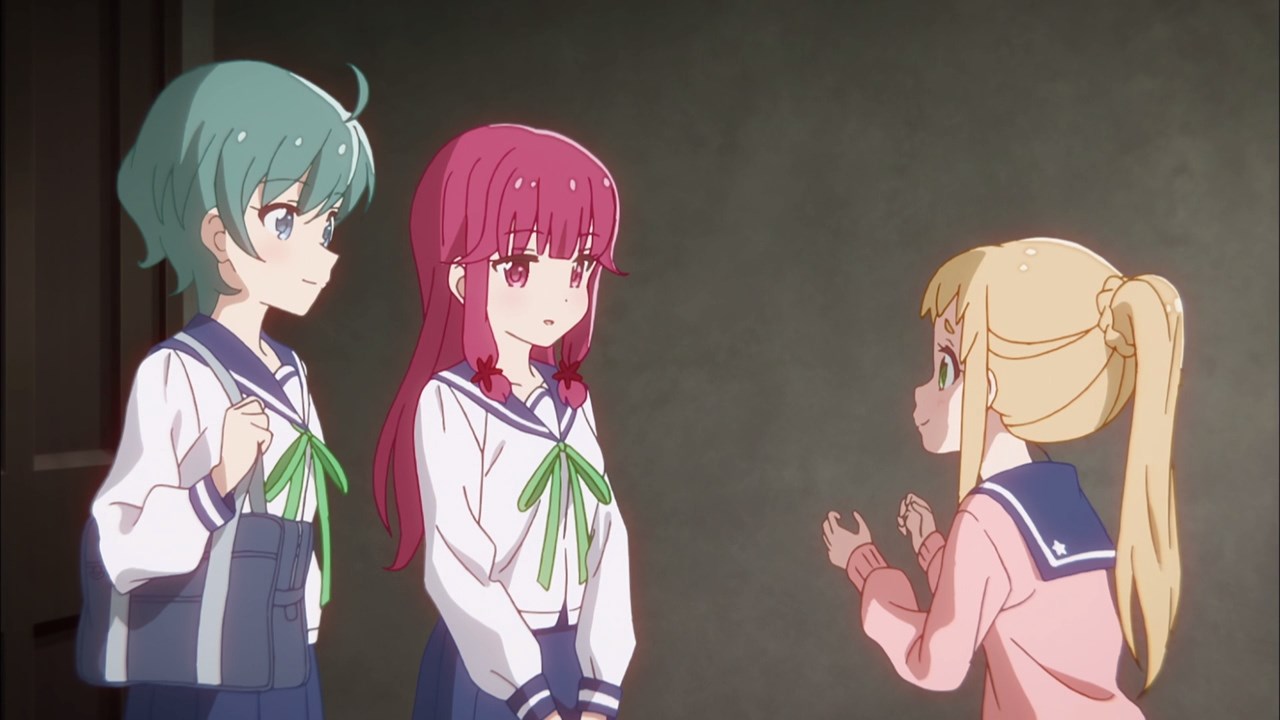 Now then, let’s move onto the earth science club where they’ll new members since Mikage Sakurai and Mari Morino have already graduated.

Anyways, they got Mikage’s little sister Chikage Sakurai, and then Yuu Nanami where the reason why she wants to join the club is because Yuu wants to learn meteorology. Y’know, the one where it’s all about studying weather and other phenomenon related to mother nature. 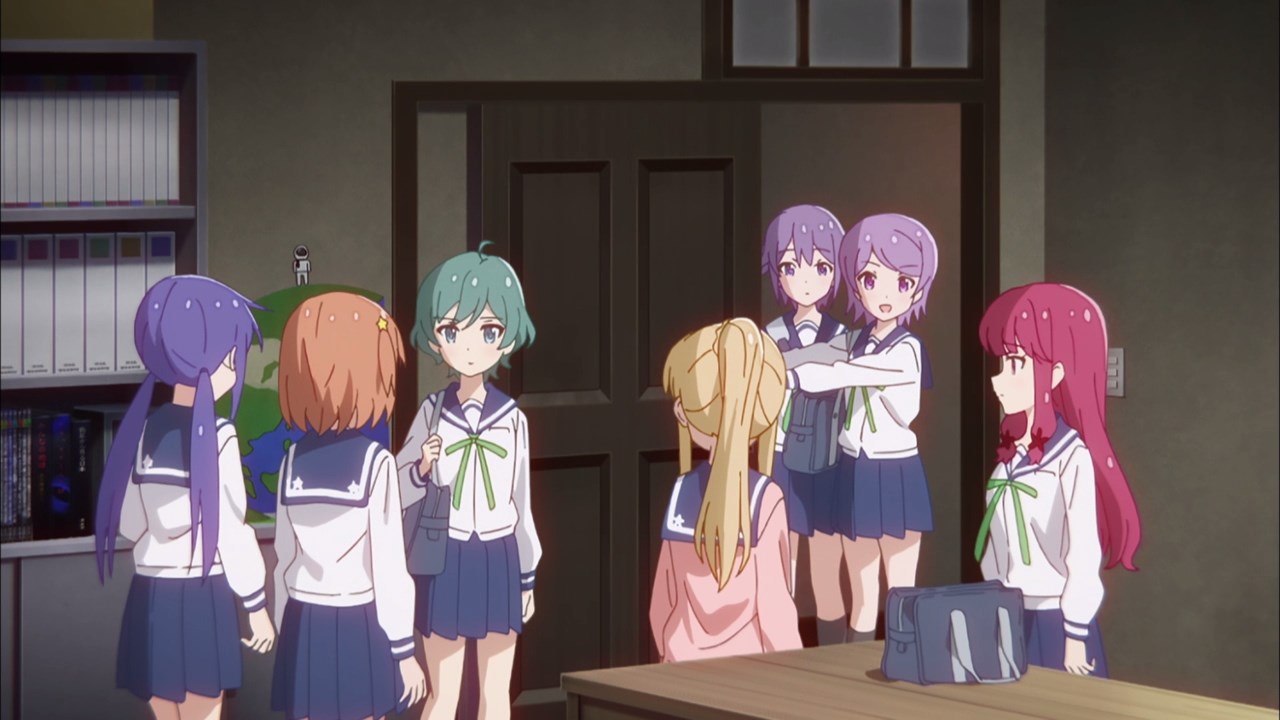 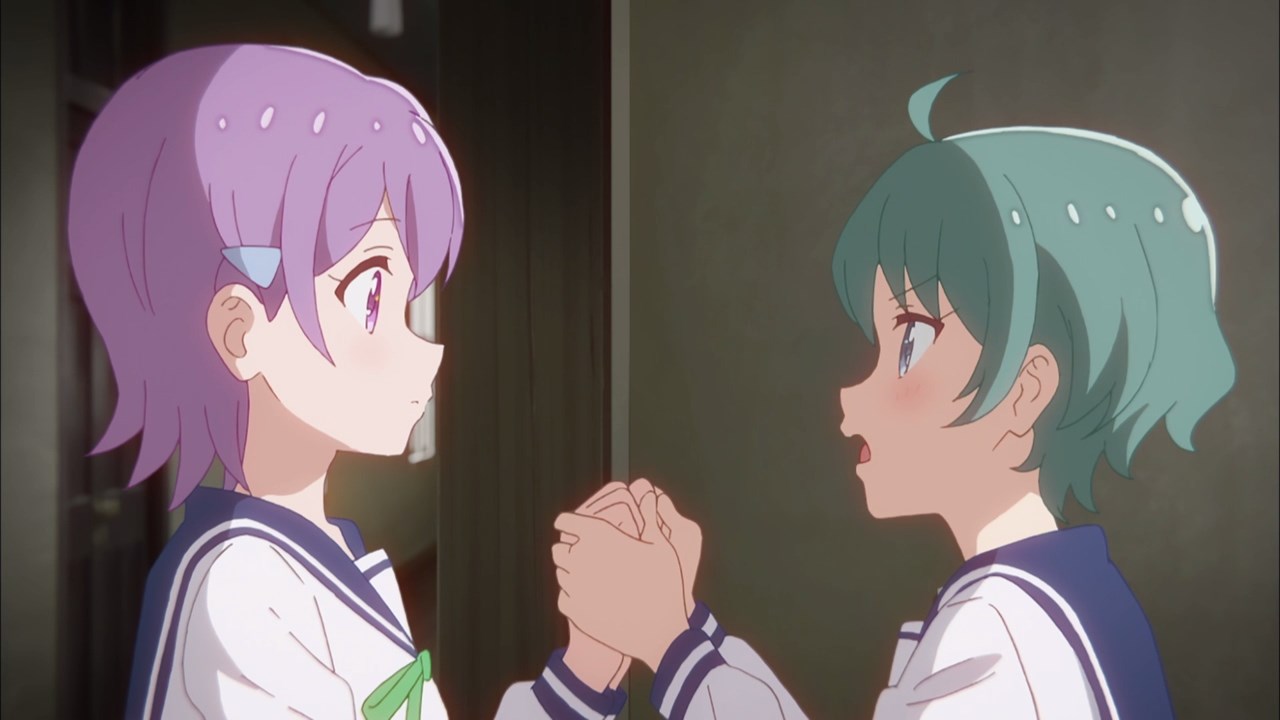 On the other hand, Yuu Nanami approached Suzu where she told Mira’s friend that her pastries from last year’s school festival is delicious.

Well then, I guess the future of the earth science club is secured now that it has 5 members. Time for a barbecue party! 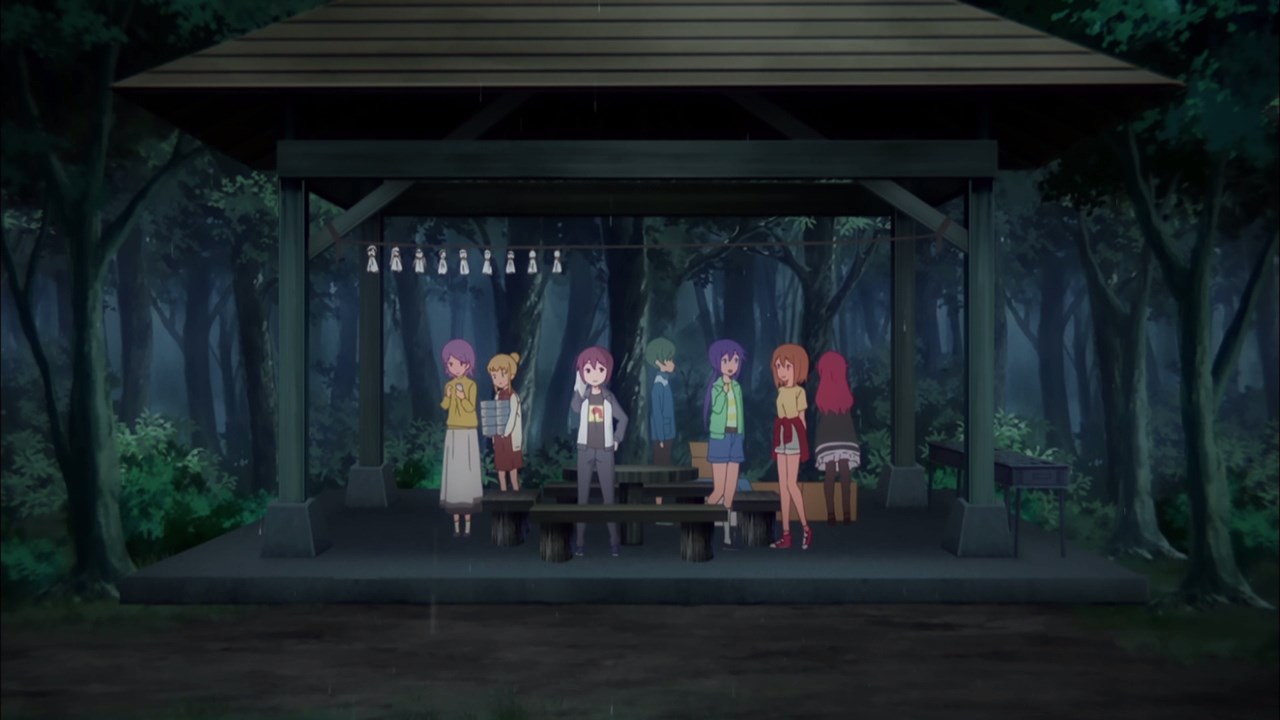 Unfortunately, they have to stay in the shed as it’s raining pretty hard. You know what, I think Yuu (or Nana) should tell them that today will have bad weather. 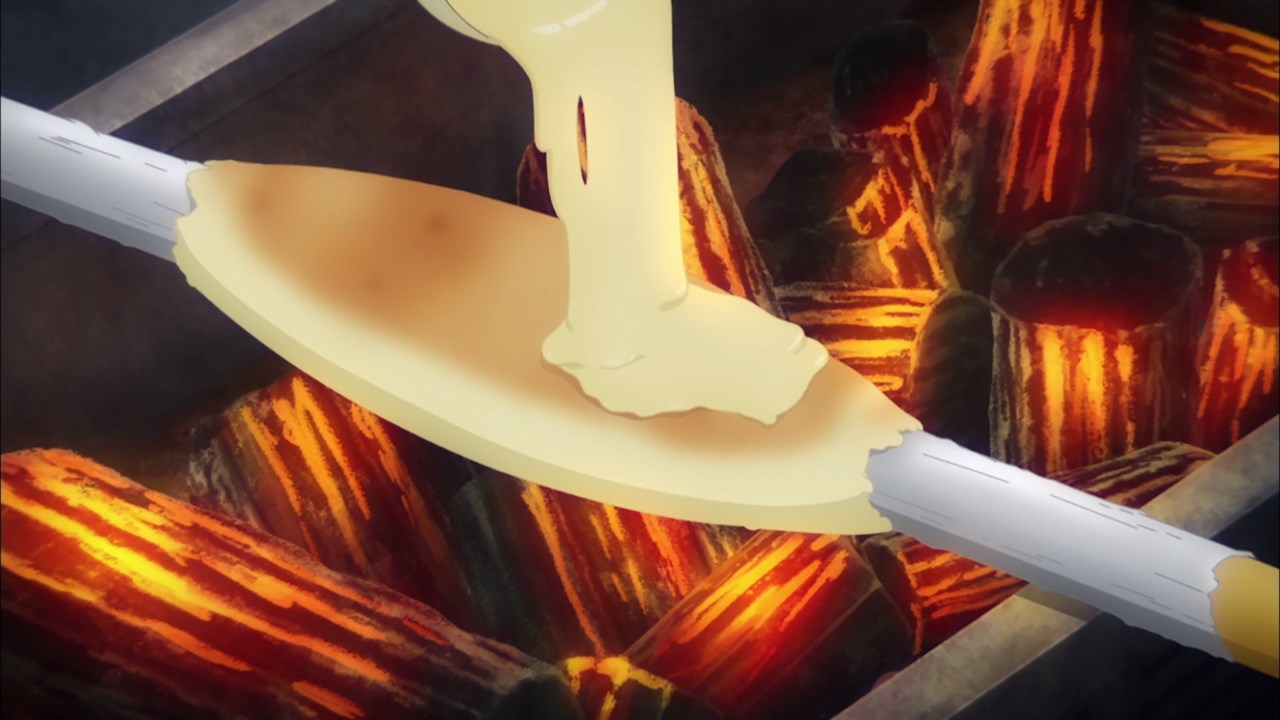 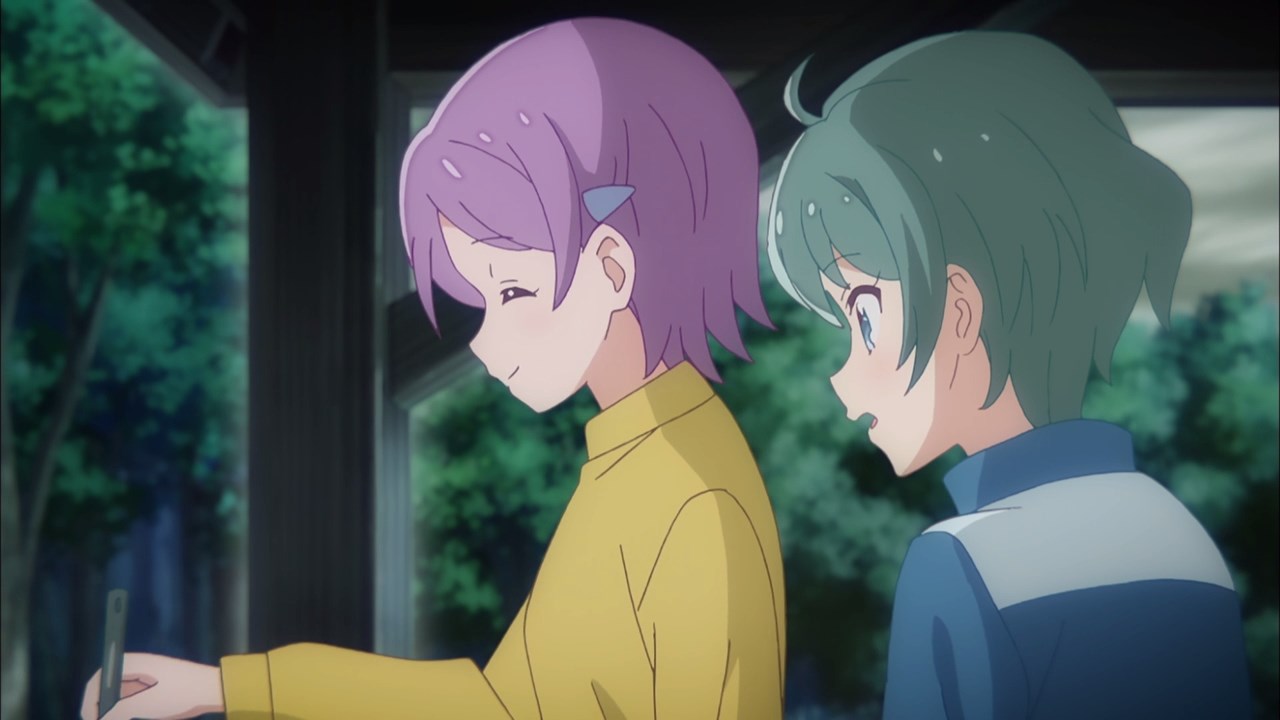 On the other hand, seems that their barbecue party is going smoothly where Moe Suzuya is cooking baumkuchen. You know something, I can hear Maya Tendou or even Mashiro Shiina screaming from a distance as they want to eat baumkuchen.

By the way, there’s a reason why Yuu Nanami wants to learn meteorology because she experienced something horrible in her lifetime… 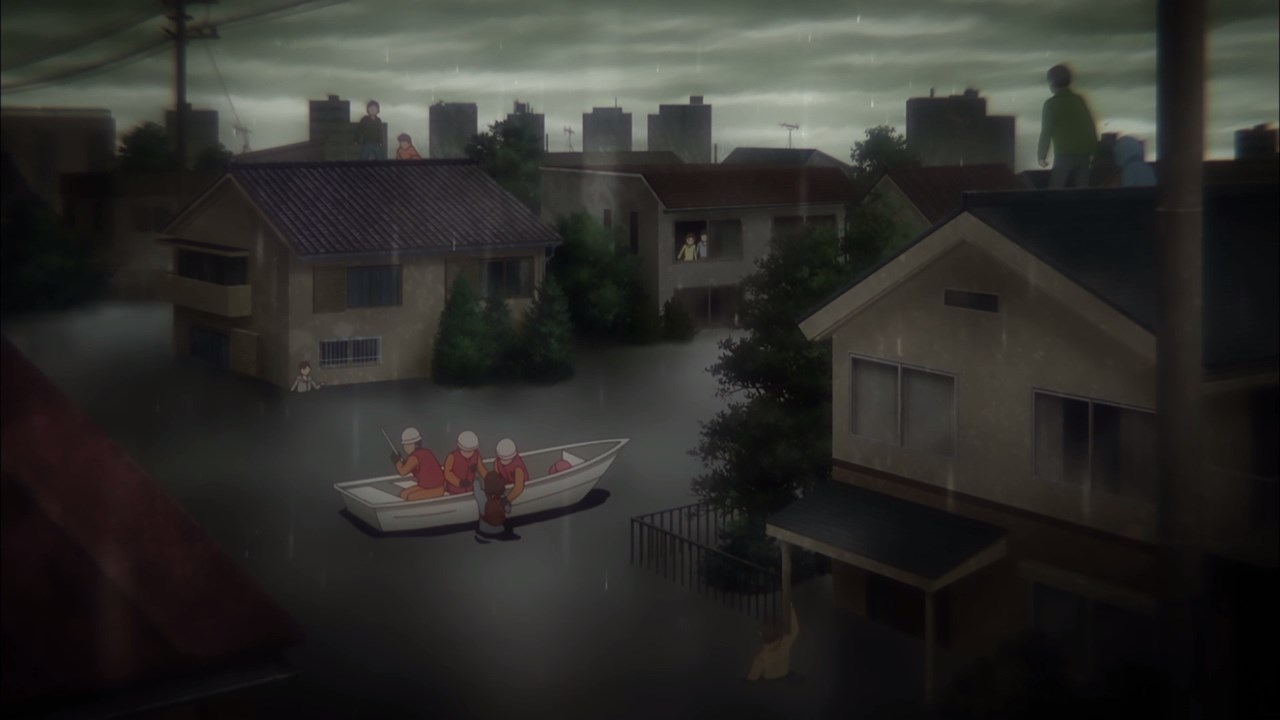 You see, Nana’s hometown was flooded and while there are no casualties since most of the residents evacuated, having some of her precious things being covered in mud is truly devastating.

So yeah, Yuu Nanami is determined to become a meteorologist and thus she joined the earth science club, which they talk about geology and astronomy. Then again, Mai Inose is considering adding meteorology in the club’s repertoire since making a club solely for investigating weather is not good. 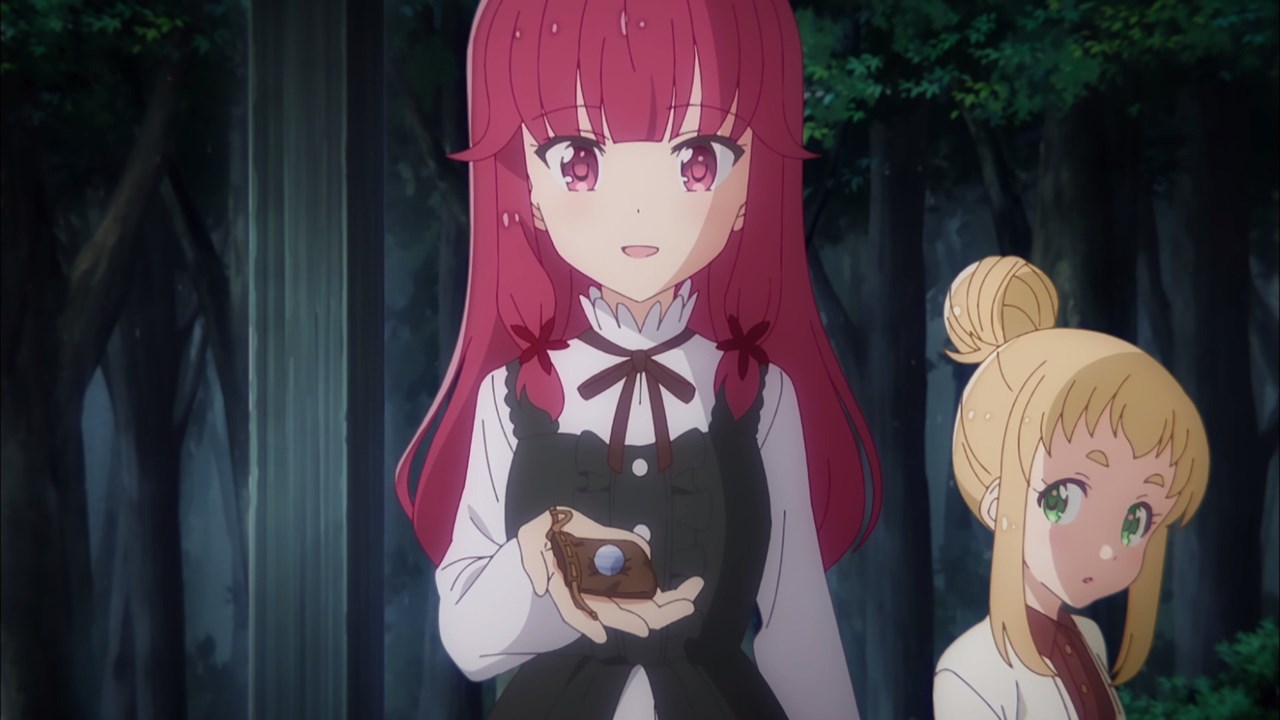 On the other hand, here’s Chikage Sakurai where she gives Yuu Nanami a gemstone that’ll give her good fortune. 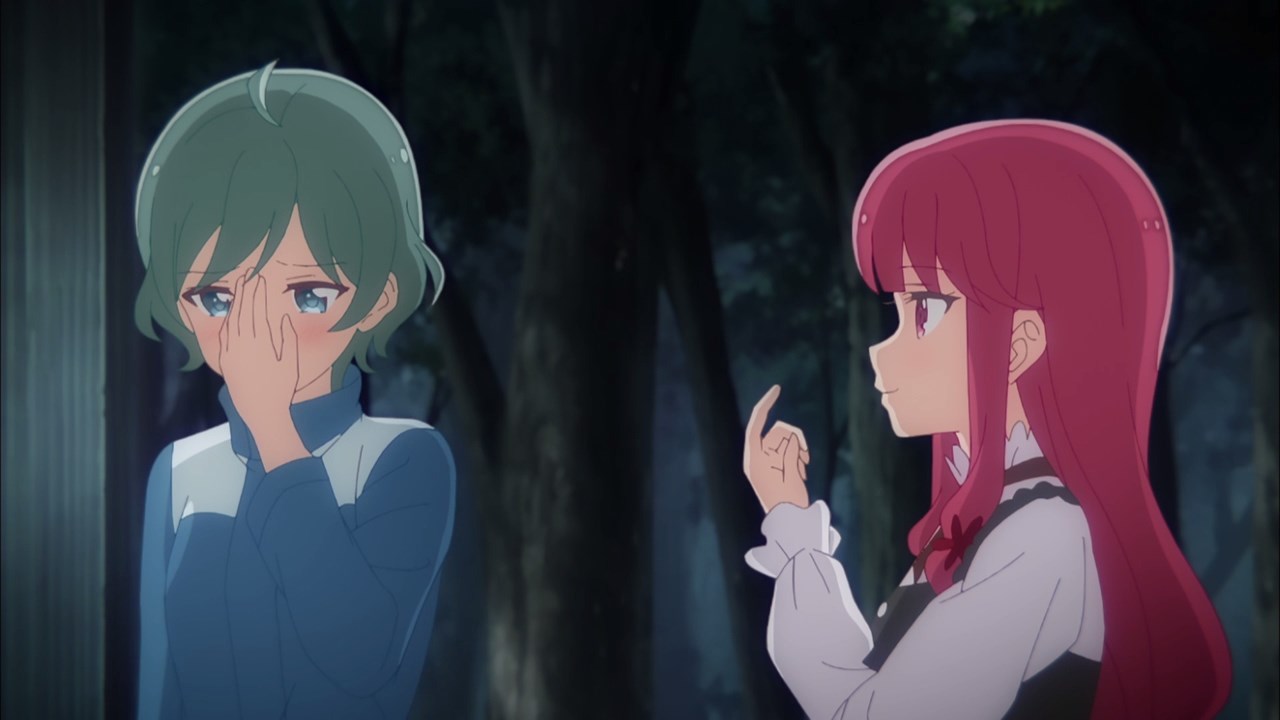 Also, Chika told Nana that she has wrinkles on her forehead, which Yuu was embarrassed by it. Anyways, I hope that Yuu Nanami will have a great time at the earth science club! 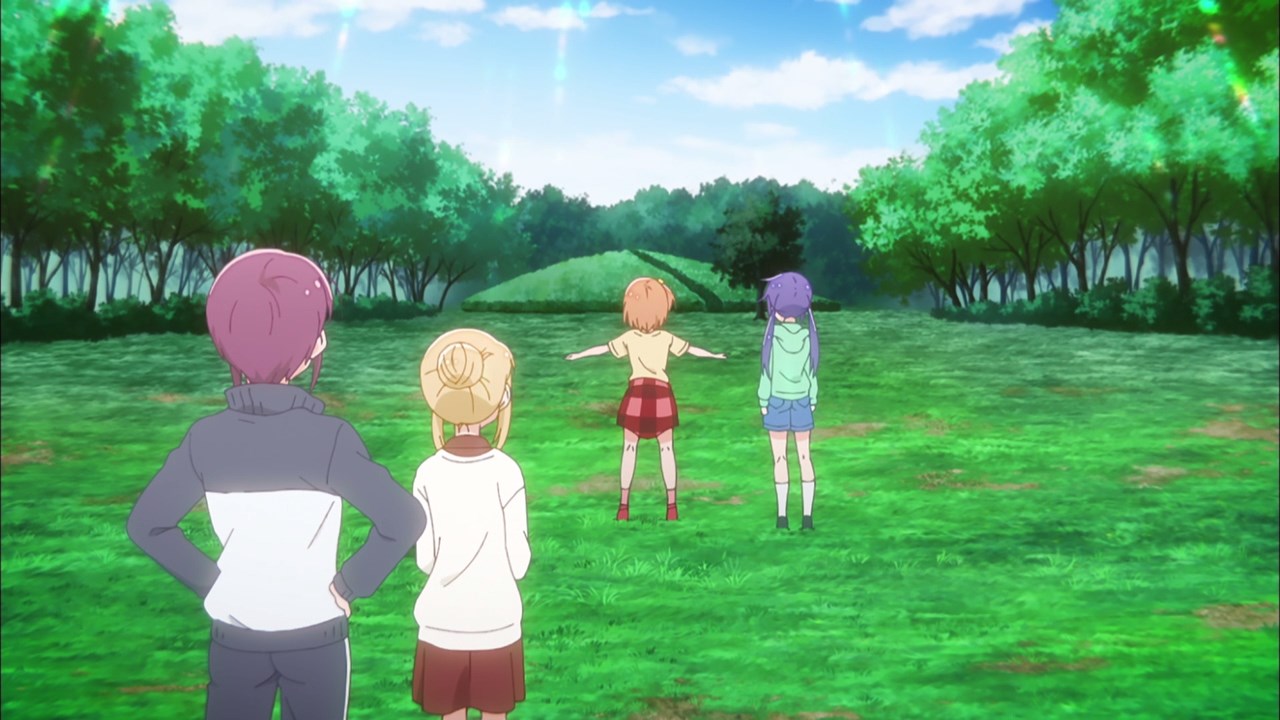 Oh yeah, and it seems that the rain has stopped, which means that they can have barbecue at the great outdoors. 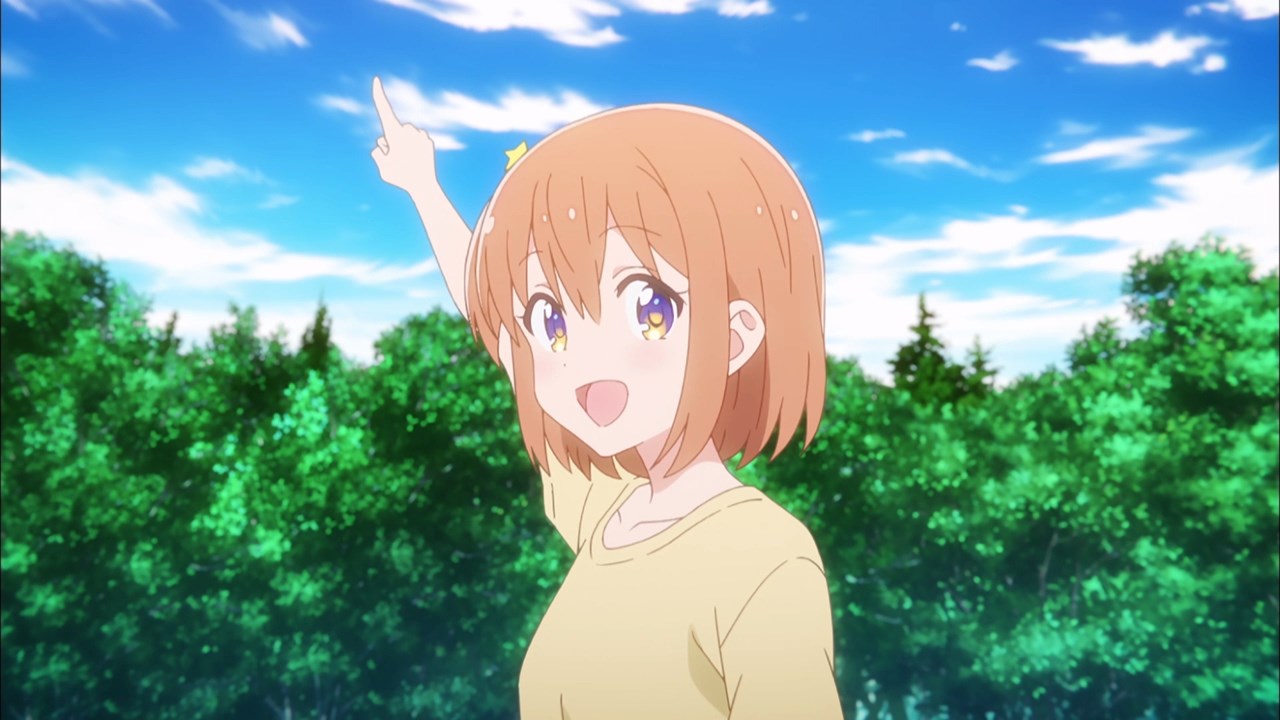 One more thing, looks like Mira Konohata found a rainbow and it’s pretty stunning to look at! 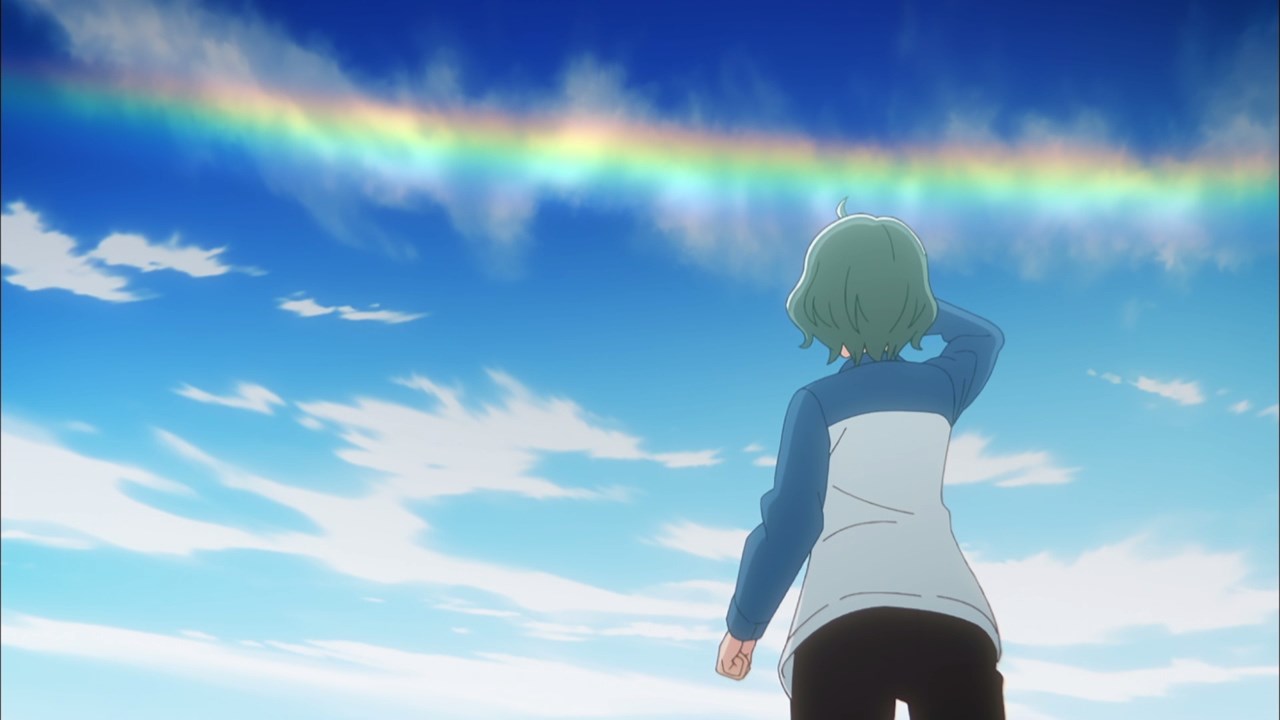 Well actually, it’s technically a circumhorizontal arc rainbow where it’s rare to find one after a rain storm. Nevertheless, this rainbow is so majestic! 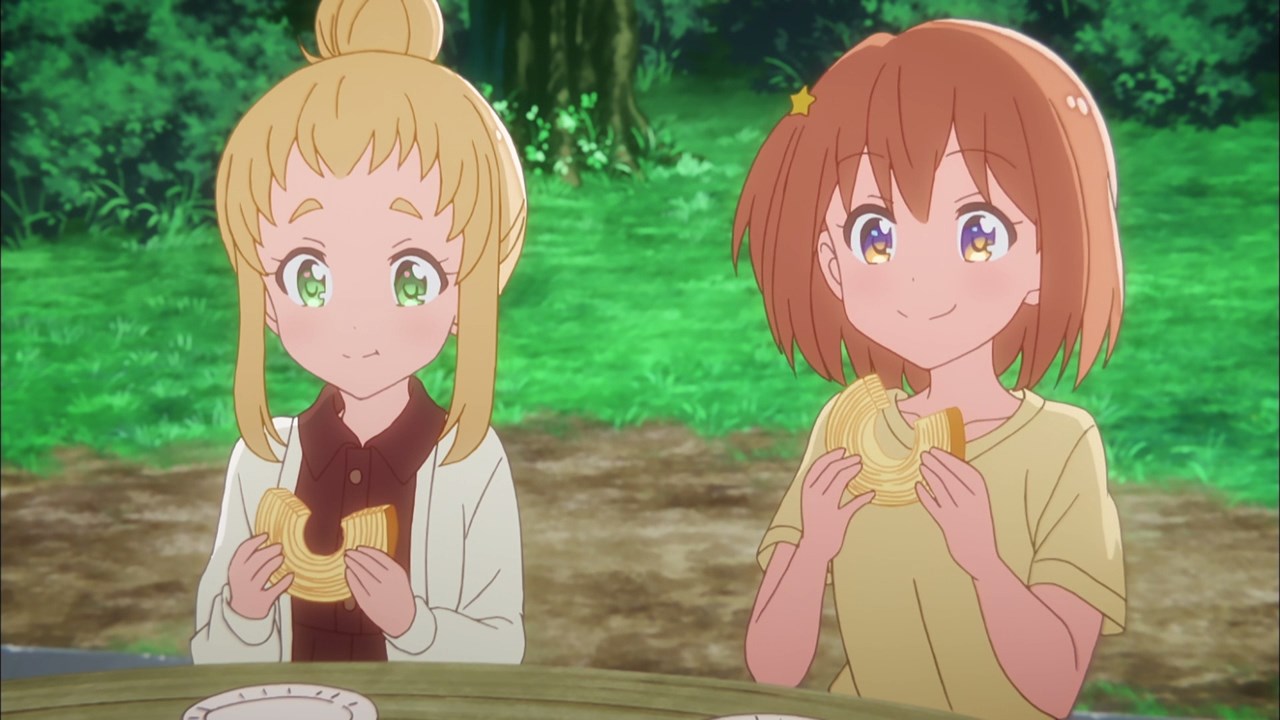 Oh yeah, and it looks like Suzu’s baumkuchen is finally done and it tastes good according to Mira and Ino-sempai.

With that said, the barbecue party by the earth science club is a success! I’m sure that they’ll hold another one, albeit with clearer skies this time. 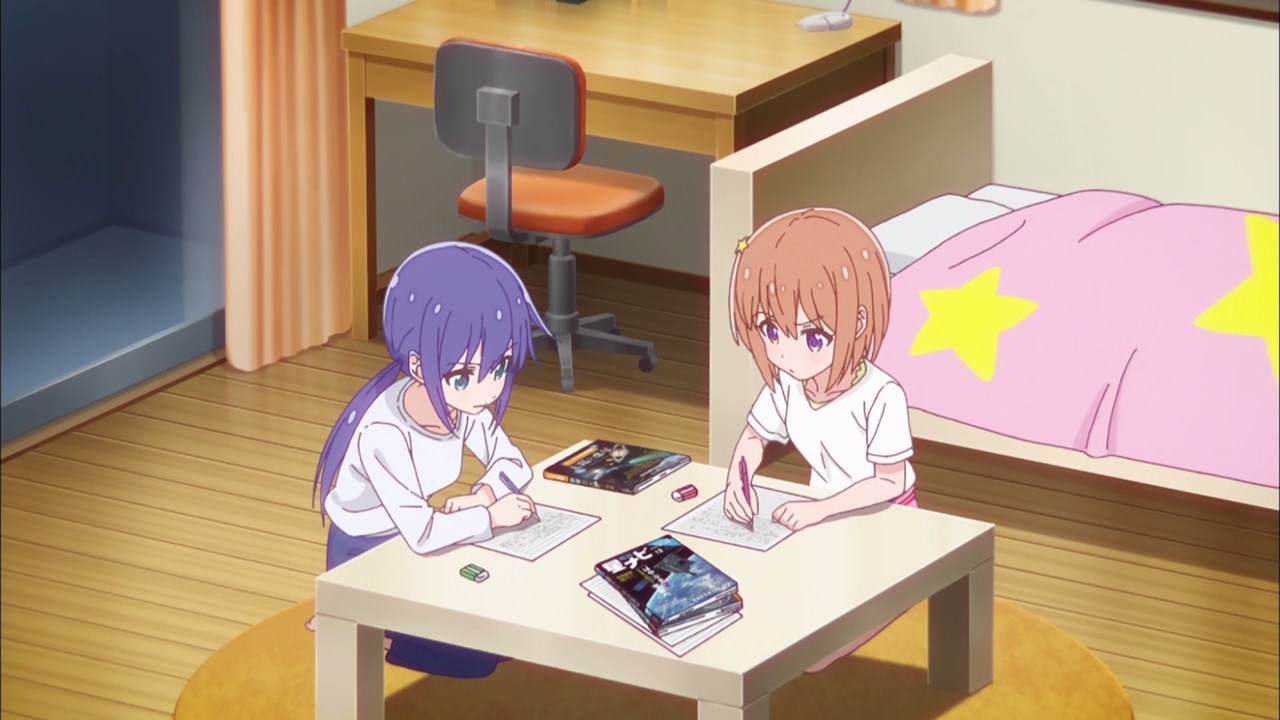 Afterwards, it’s time for Mira and Ao to tackle the Shining Star Challenge Program where they’ll make an essay on finding celestial bodies.

Oh yeah, and they have to make a great essay in order to qualify for the program. 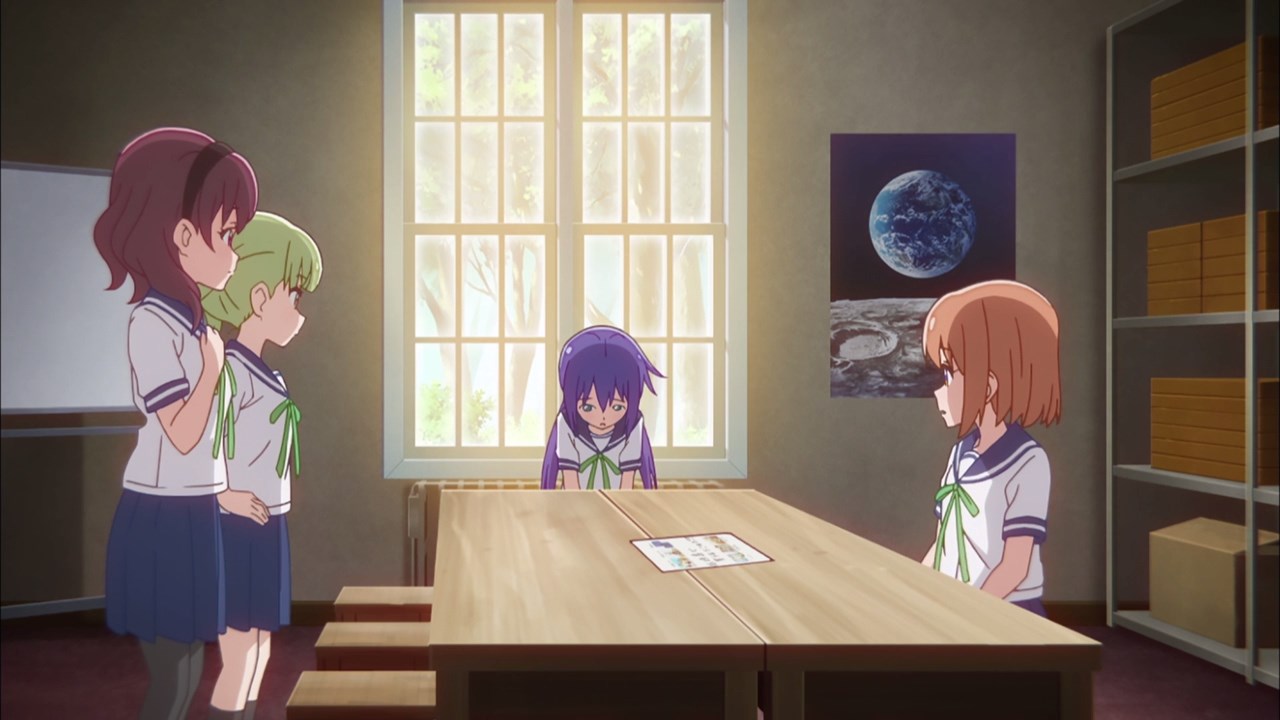 Unfortunately, there’s one person who didn’t qualify at the program which turned out to be Ao Manaka. Wait, did Mira Konohata qualify at the Shining Star Challenge Program? 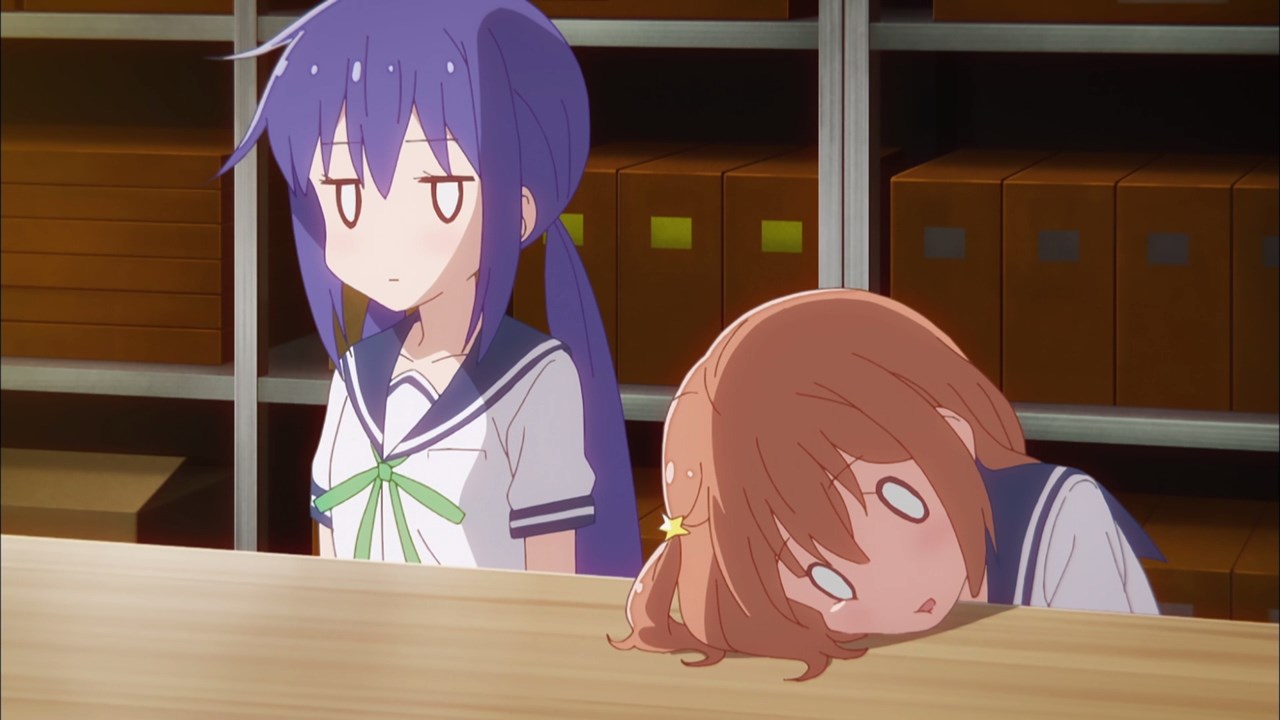 Well actually, Mira qualified for the program but since Ao-chan didn’t get it, her hopes of going to Okinawa went down as she’ll be alone there. 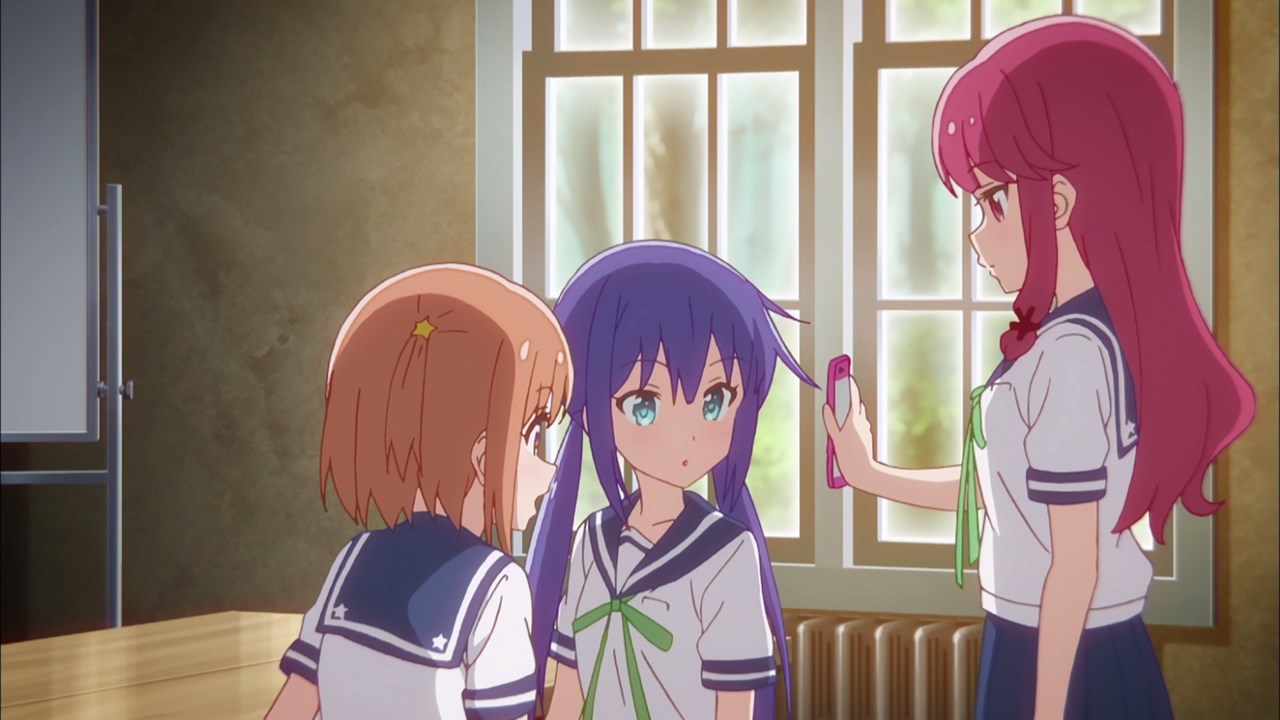 On the other hand, looks like Mira and Ao-chan got a call from Mikage Sakurai and Mari Morino. 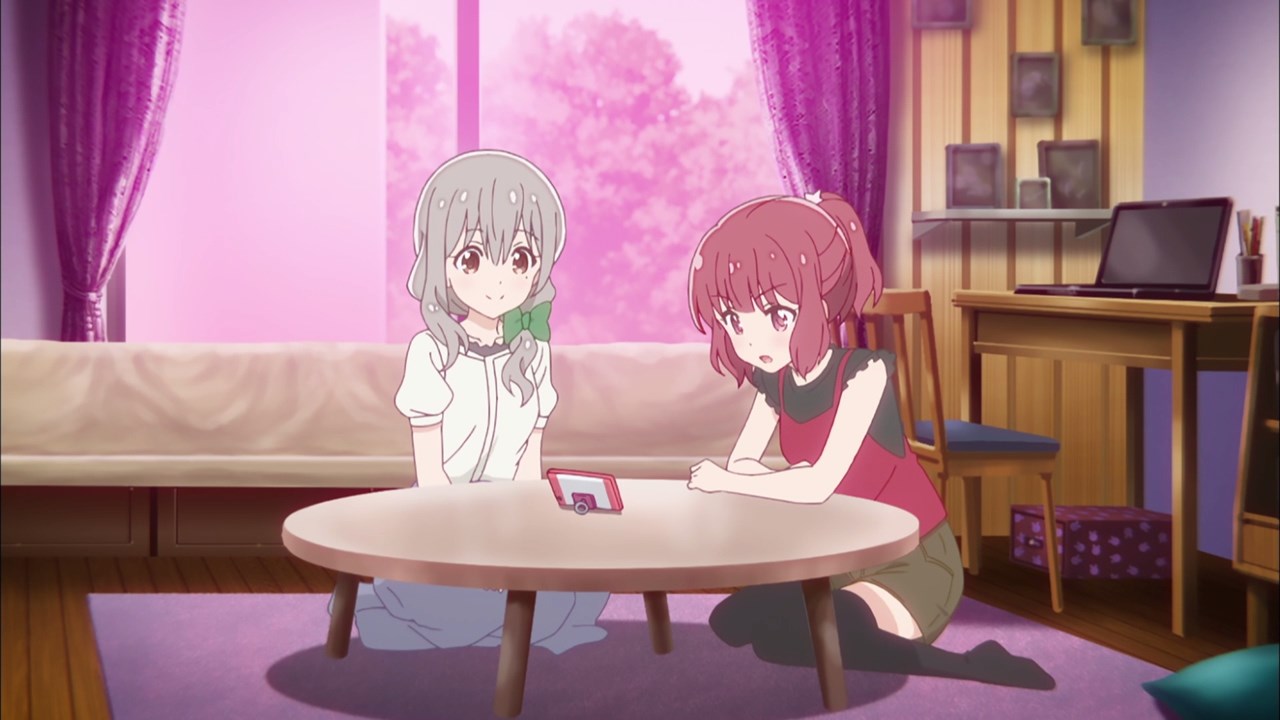 Sure that they’re living at an apartment together, but Monroe-sempai and Sakura-sempai wants to help their juniors by giving them words of encouragement.

Then again, only Mira Konohata will go to Okinawa while Ao Manaka will stay behind. 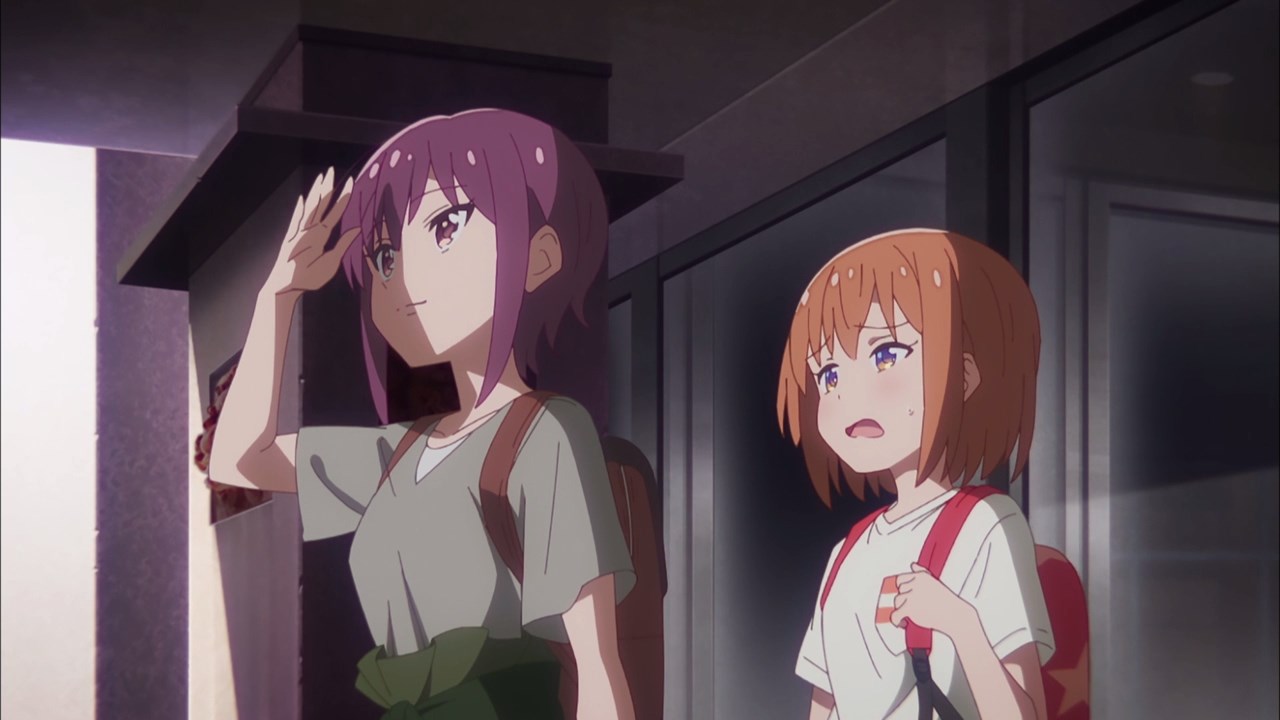 Anyways, let’s move onto Okinawa where Mira Konohata will participate in the Shining Star Challenge Program by herself, although she’ll have Yuki Endou accompany her at the hotel. 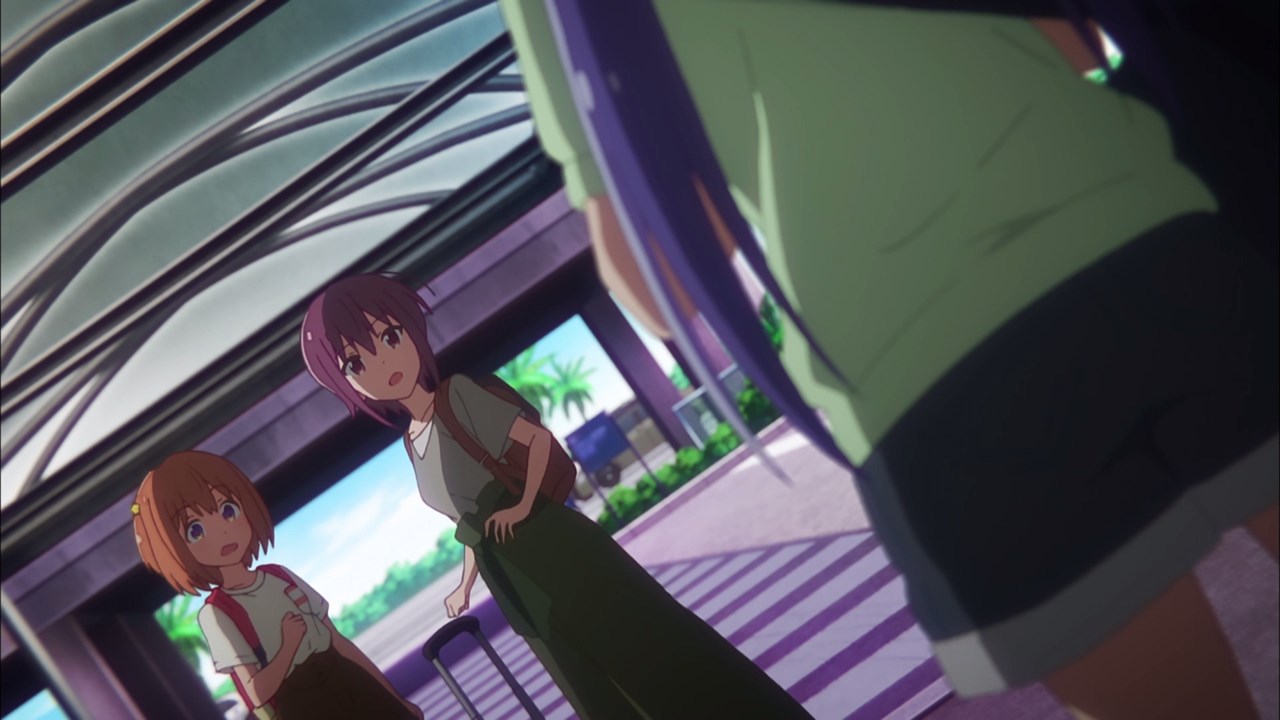 One last thing, it seems that there’s a surprise guest who went to Okinawa. Who could it be? 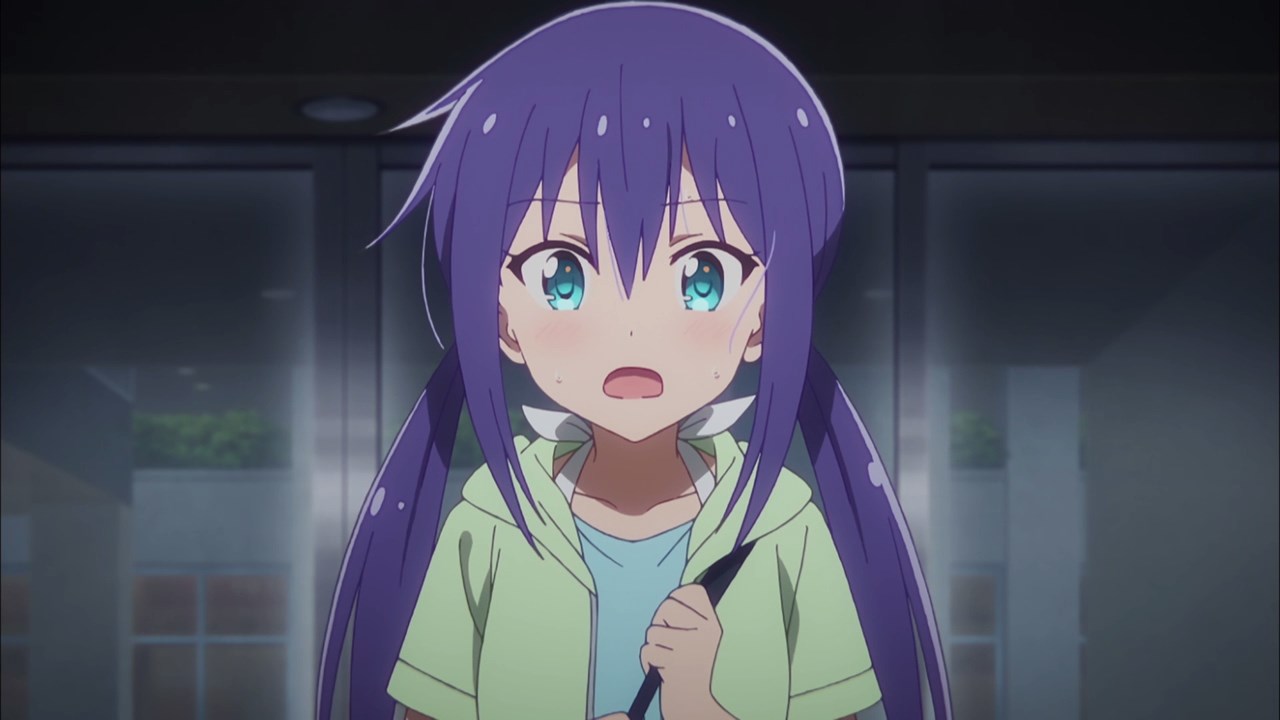 Well, it’s Ao Manaka but the thing is how did she got here in Okinawa? Is there something happened in regards to the program’s results?

Anyways, I’ll see you next time where things got a bit awkward in the Ryukyu Islands. Well then, I hope Ao-chan will have a better explanation on why she got a plane ticket to Okinawa.