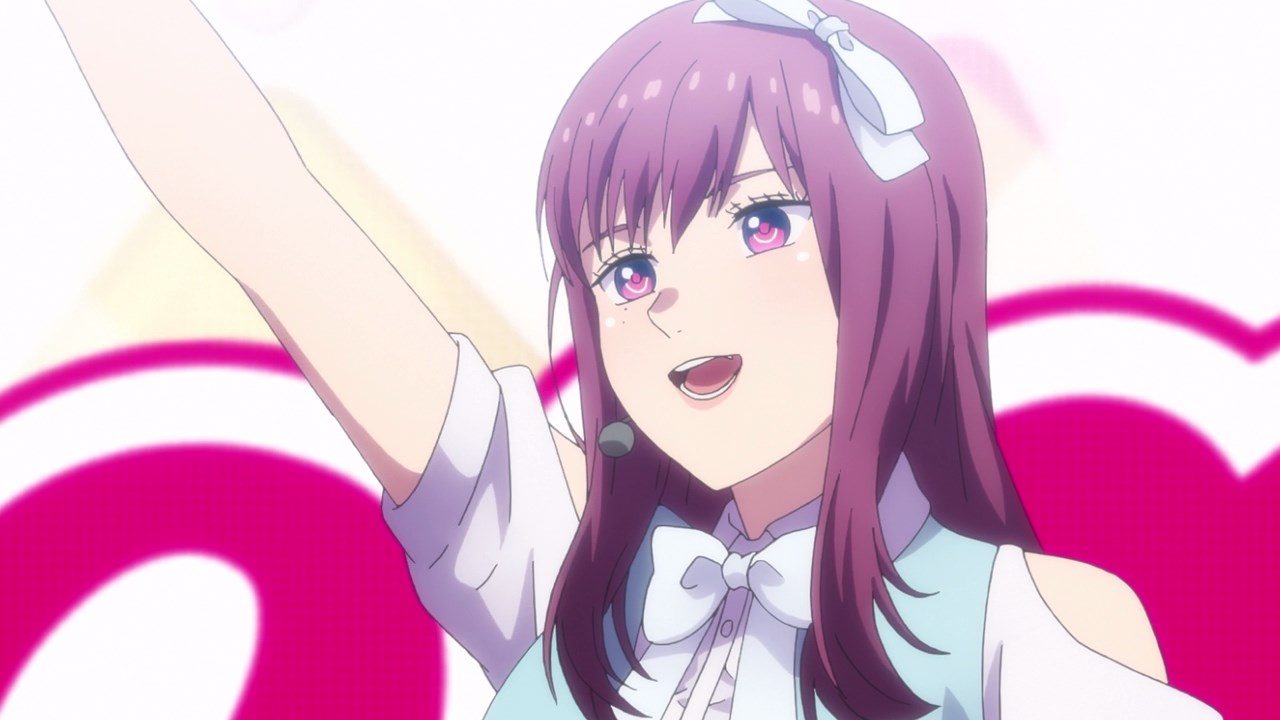 Let’s start this episode with Yuka Teramoto, reminding you not to get choked on eating mochi during New Year’s Eve. In any case, Cham Jam will say farewell for now as they’ll return in February! 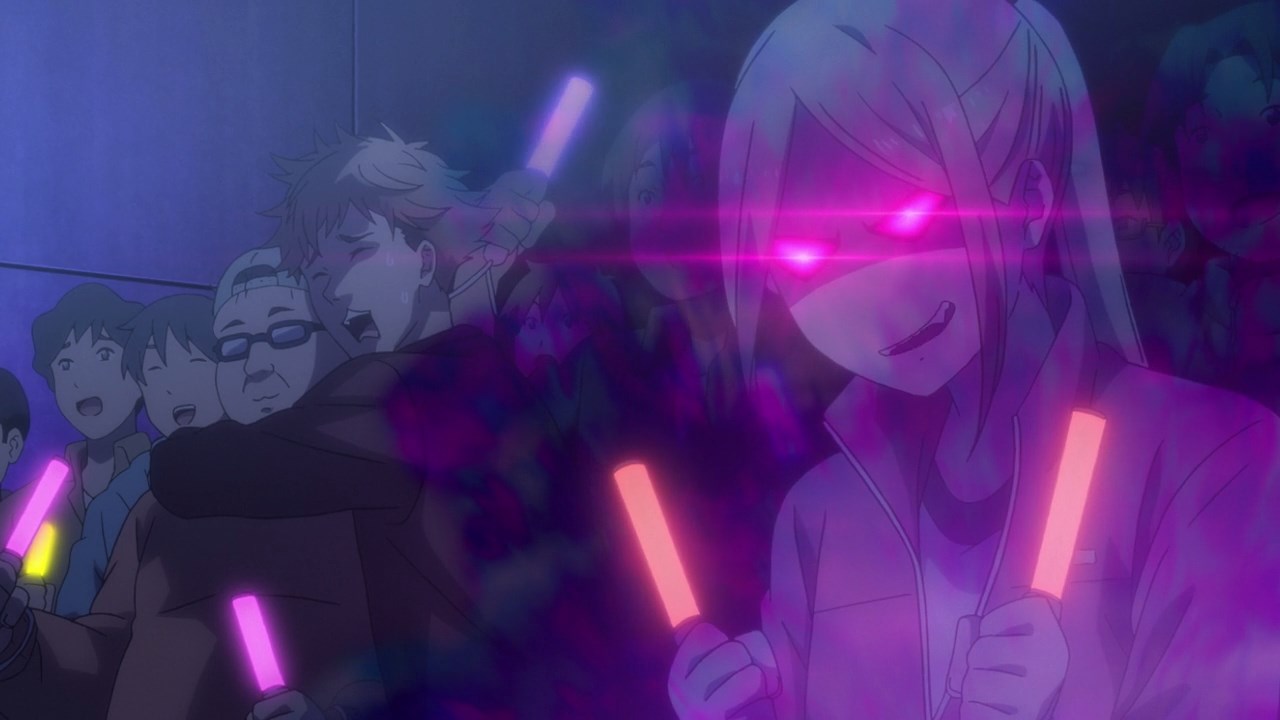 Of course, this means that Eripiyo won’t see any concerts in January, including the special birthday concert for Maina Ichii, that she cursed the world for having an unlucky day for her oshi. 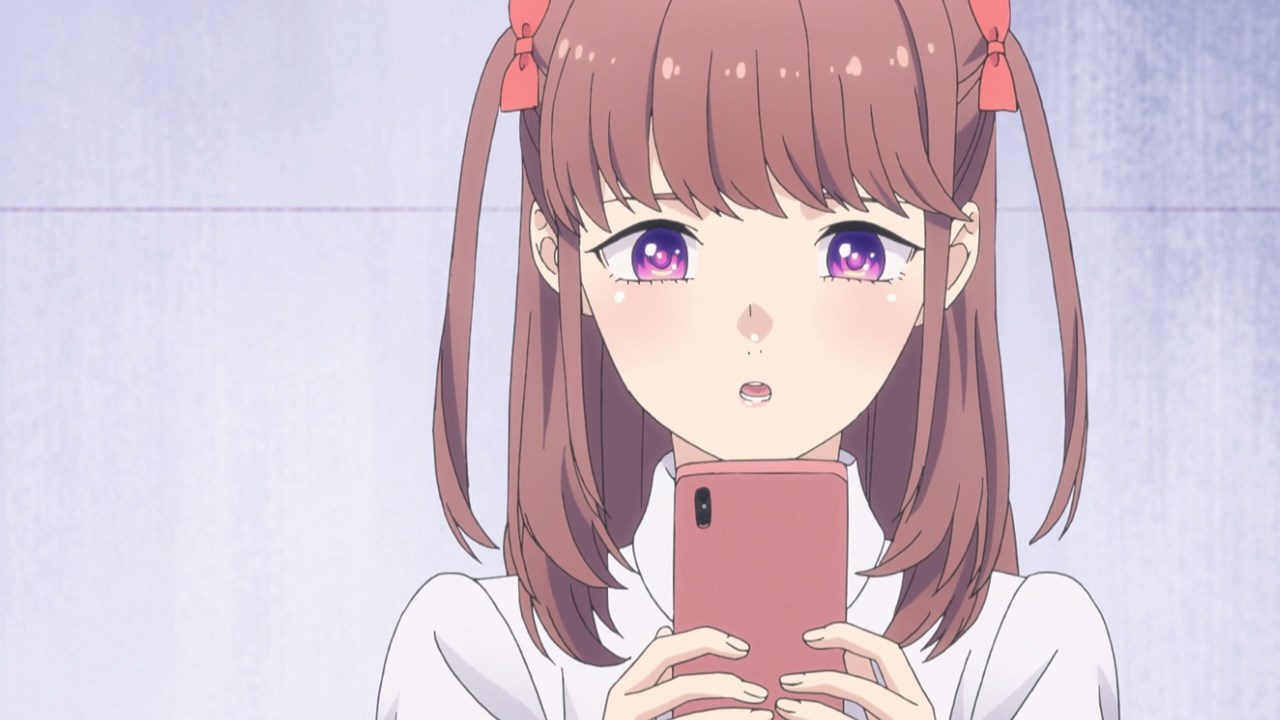 Fortunately, there’s still some hope for Eripiyo as Maina recorded an encouraging message on her phone. 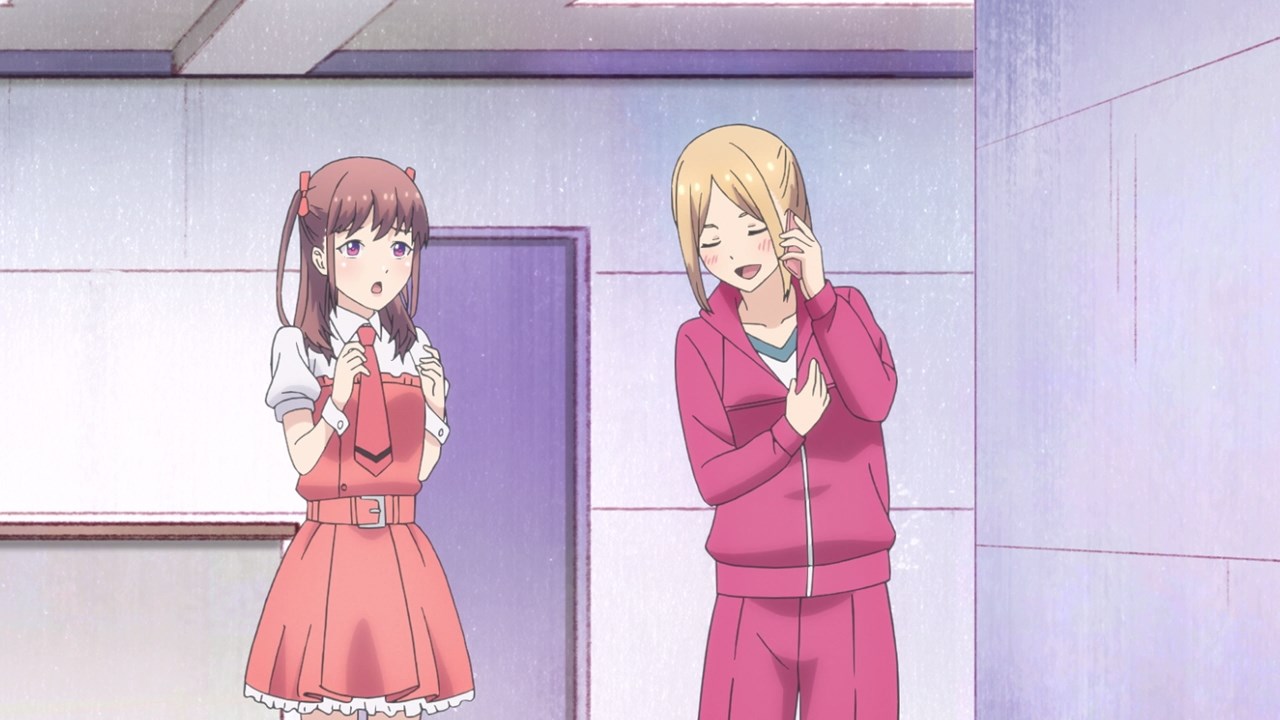 Then again, I think Eripiyo is getting a bit creepy as she plays Maina’s message on repeat. Oh, and in front of Maina too!

Um Eripiyo, you should hear Maina’s voice at home instead ’cause Maina is getting creep out on it. 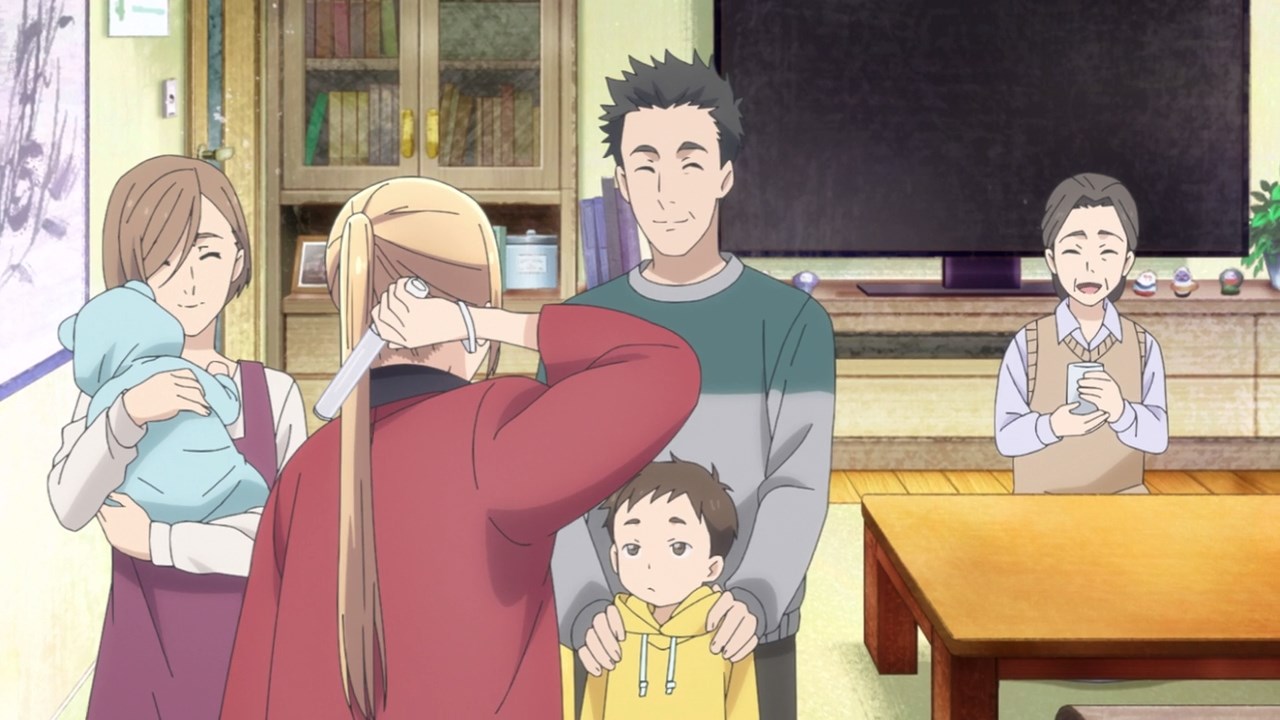 But back at home, Eripiyo’s parents and grandmother are bugging her to get a decent job and a husband ’cause they can’t have their daughter being single and working part-time forever. 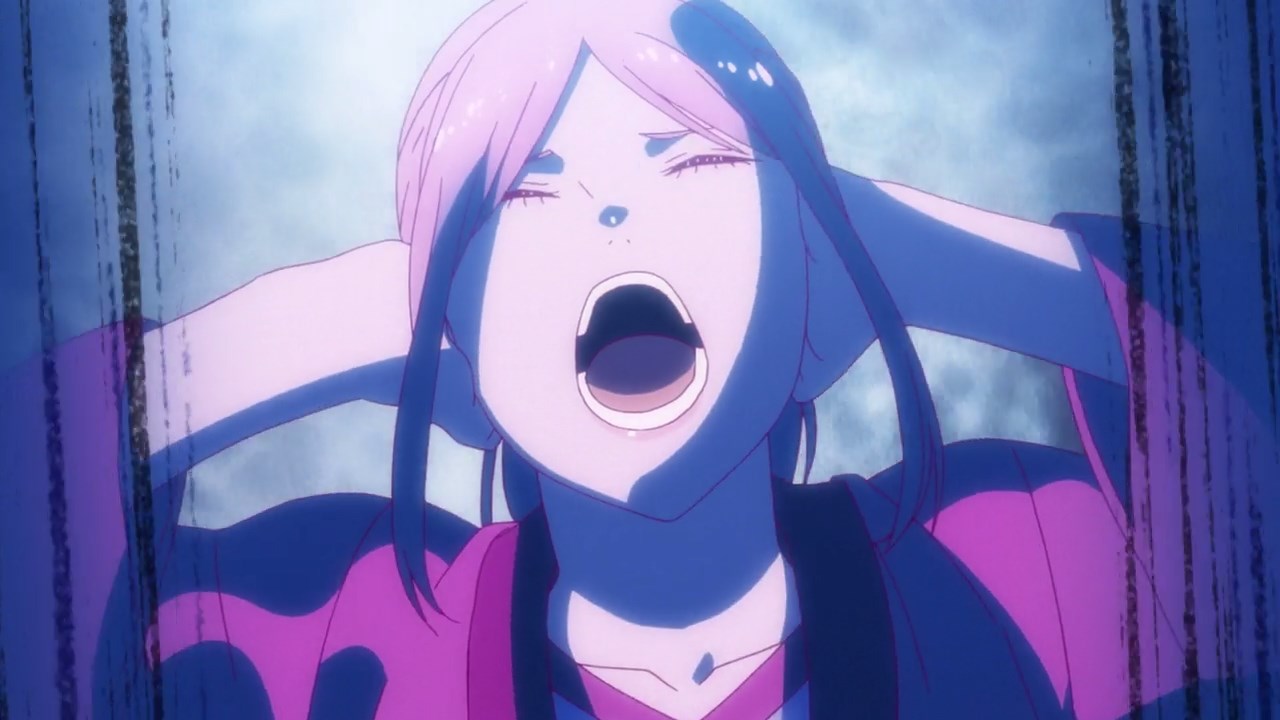 Of course, Eripiyo doesn’t want to have a full-time job ’cause she can’t spend her time with her oshi.

Yeah, looks like Eripiyo couldn’t take it anymore as she wants to ring in the new year already! 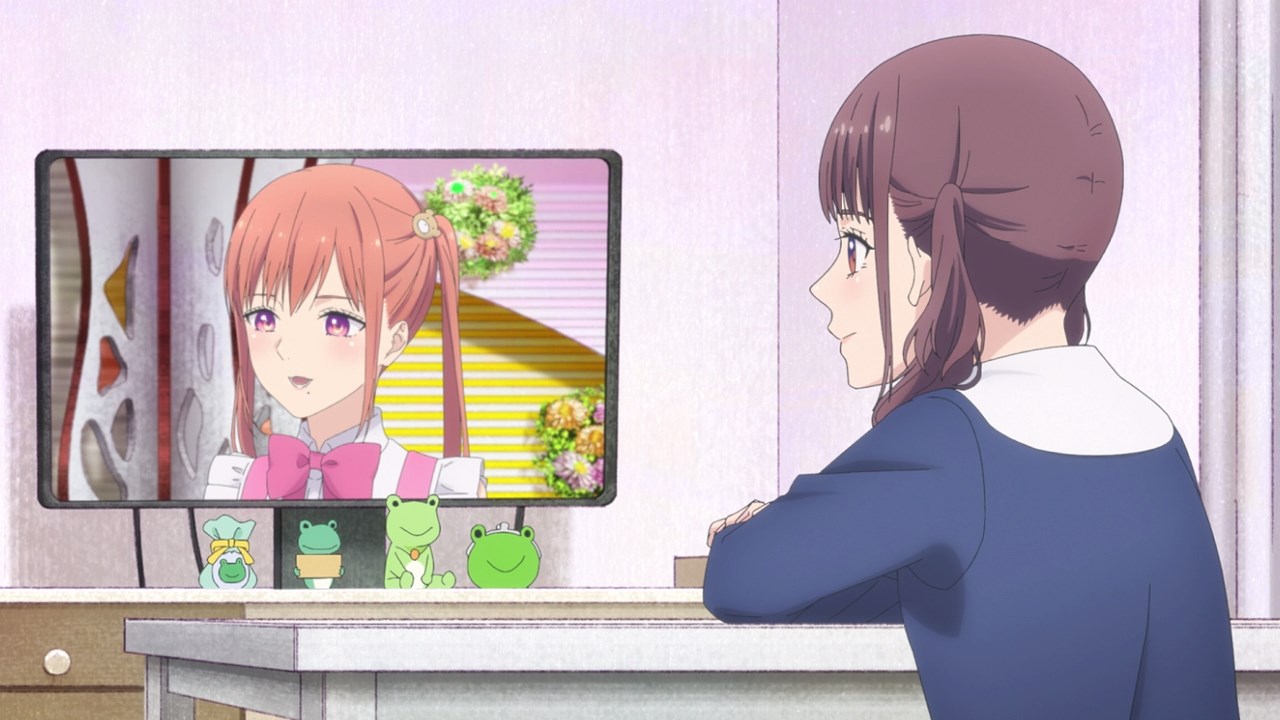 Speaking of New Year, they’re celebrating it right now, including Cham Jam where some of them stayed home watching Reo Igarashi being a guest on a local TV show. I bet that Kumasa is there! 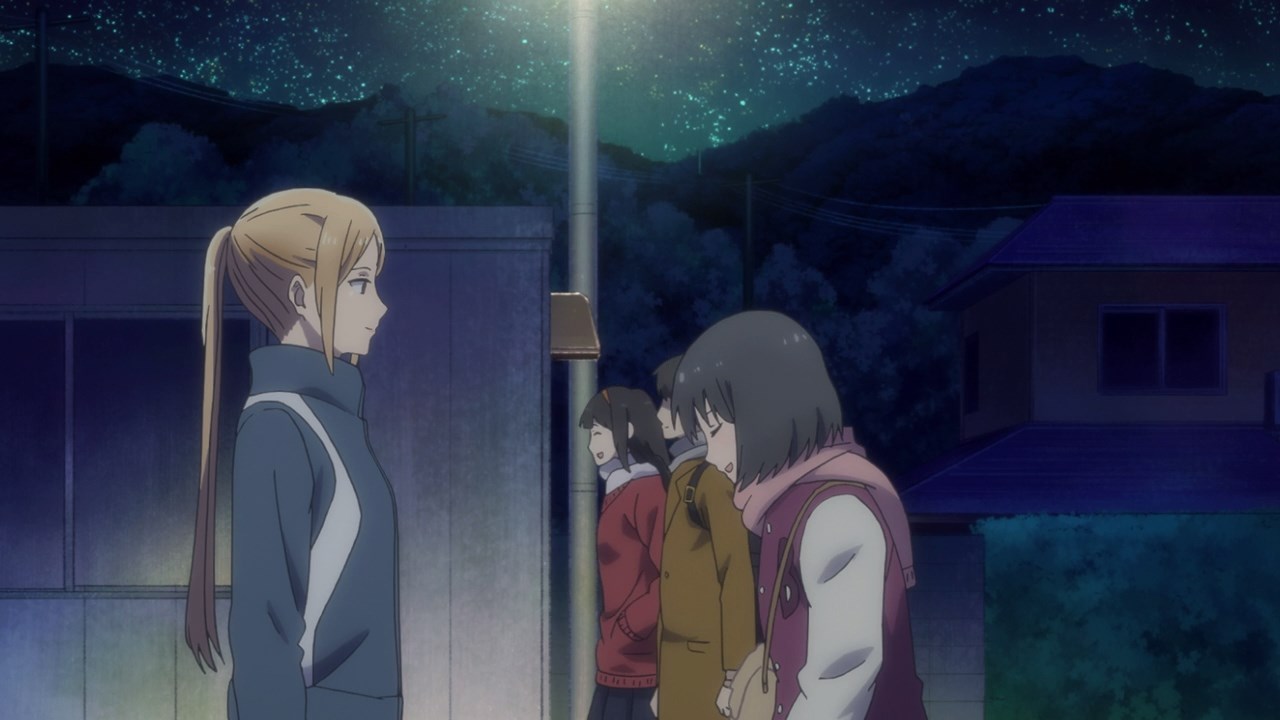 On the other hand, Eripiyo went to the local shrine to pray for good luck, but she can’t do it alone so Eripiyo called Rena to join her. 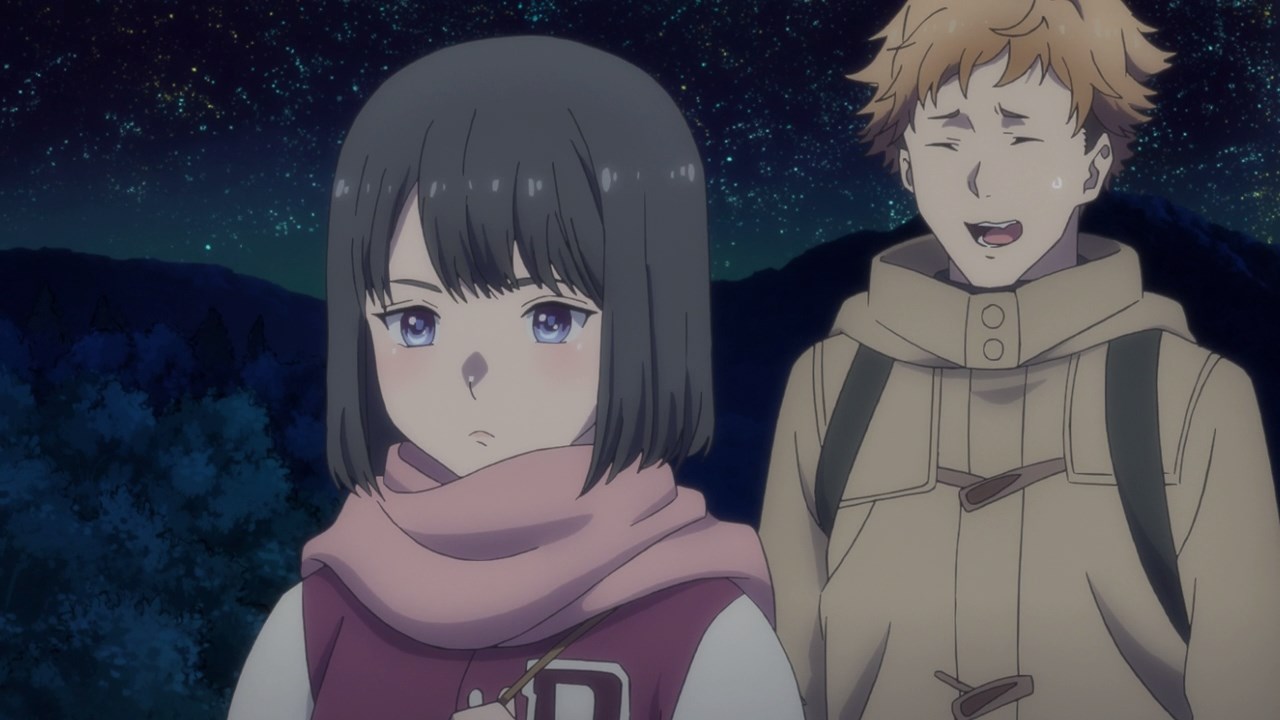 Of course, Motoi is there to accompany his sister since Rena is a minor. Hey Eripiyo, don’t forget about your fellow fan! 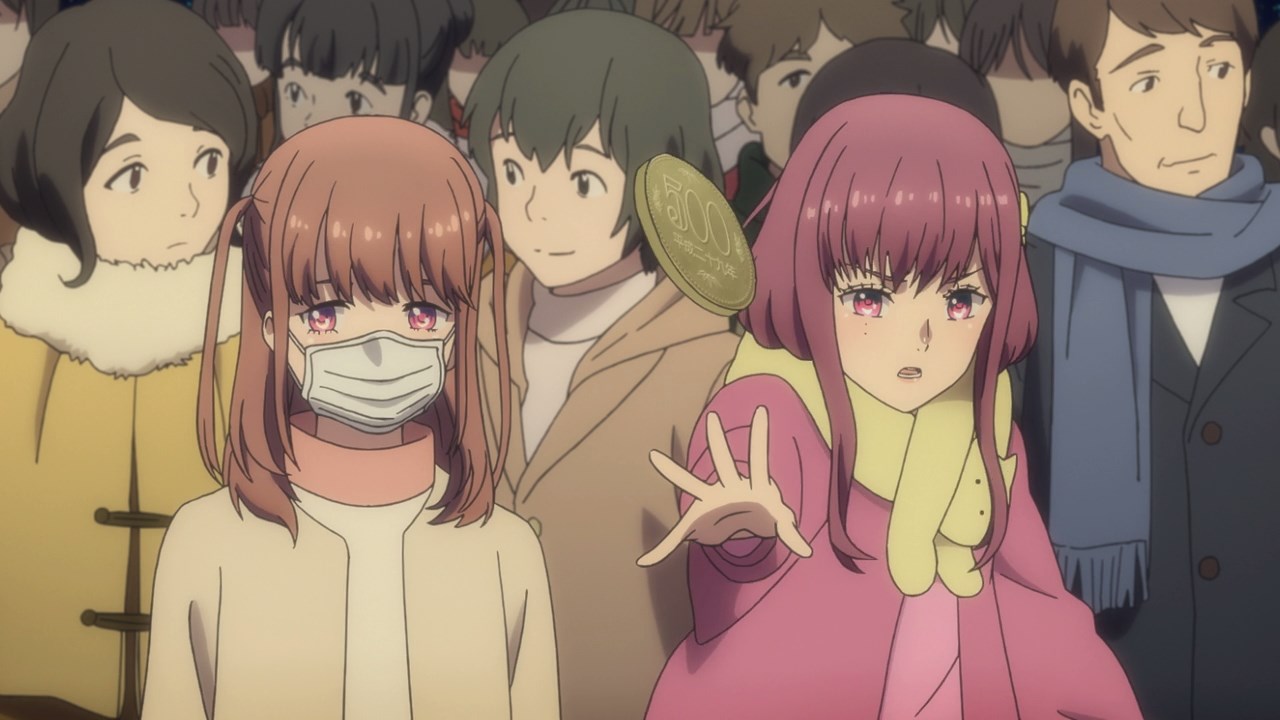 Now then, let’s move onto Maina and Yuka where they offer prayers to the gods for good fortune in the new year, although the latter wants to have good gacha rolls in her mobile games. 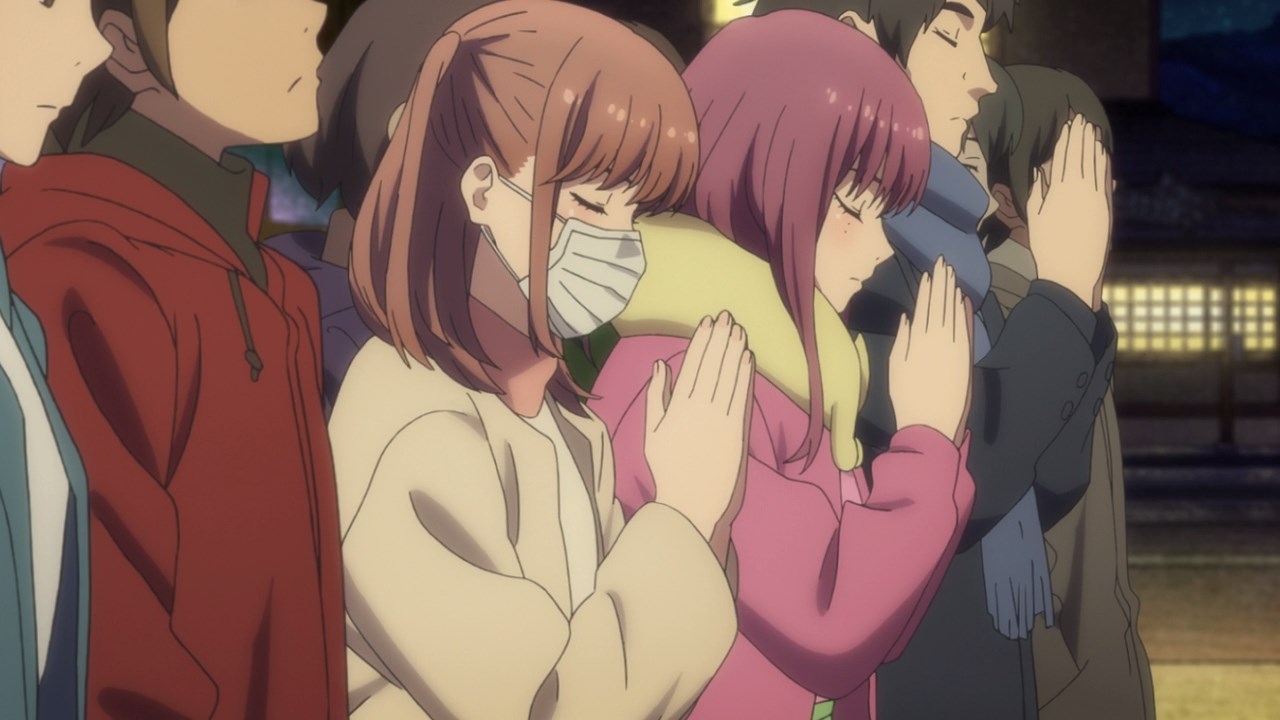 But you know what, I think Maina and Yuka are praying that their idol group will perform at the Budokan. Of course, they need to work hard in order for Cham Jam to become mainstream. 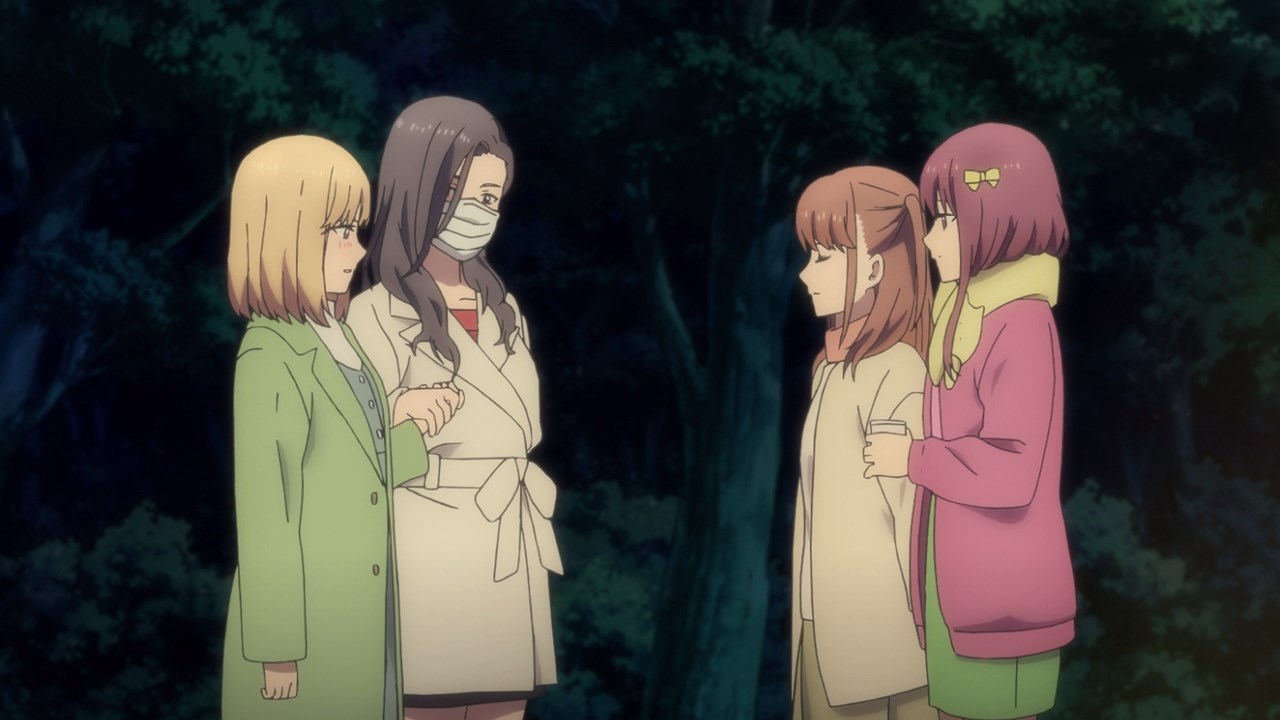 Sure that they’re just holding hands because they don’t want to get separated from the crowd, but the truth is that Yumeri and Maki are in love with each other. That’s the truth! 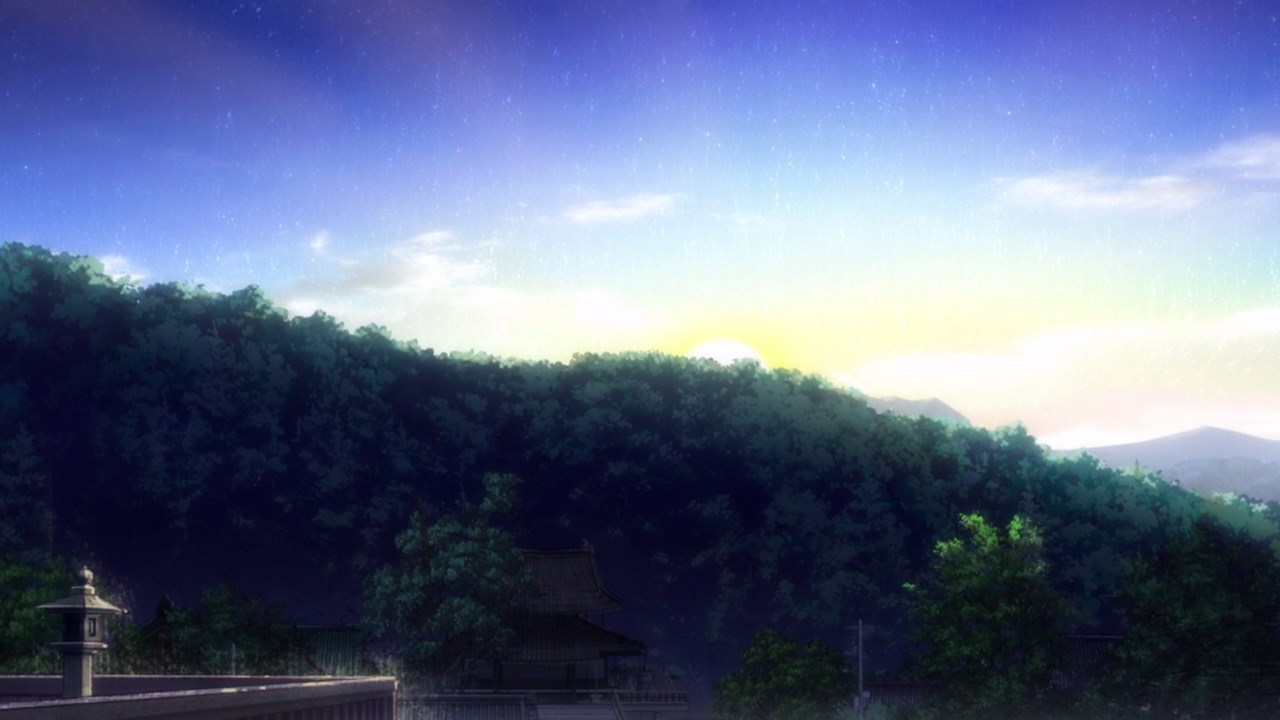 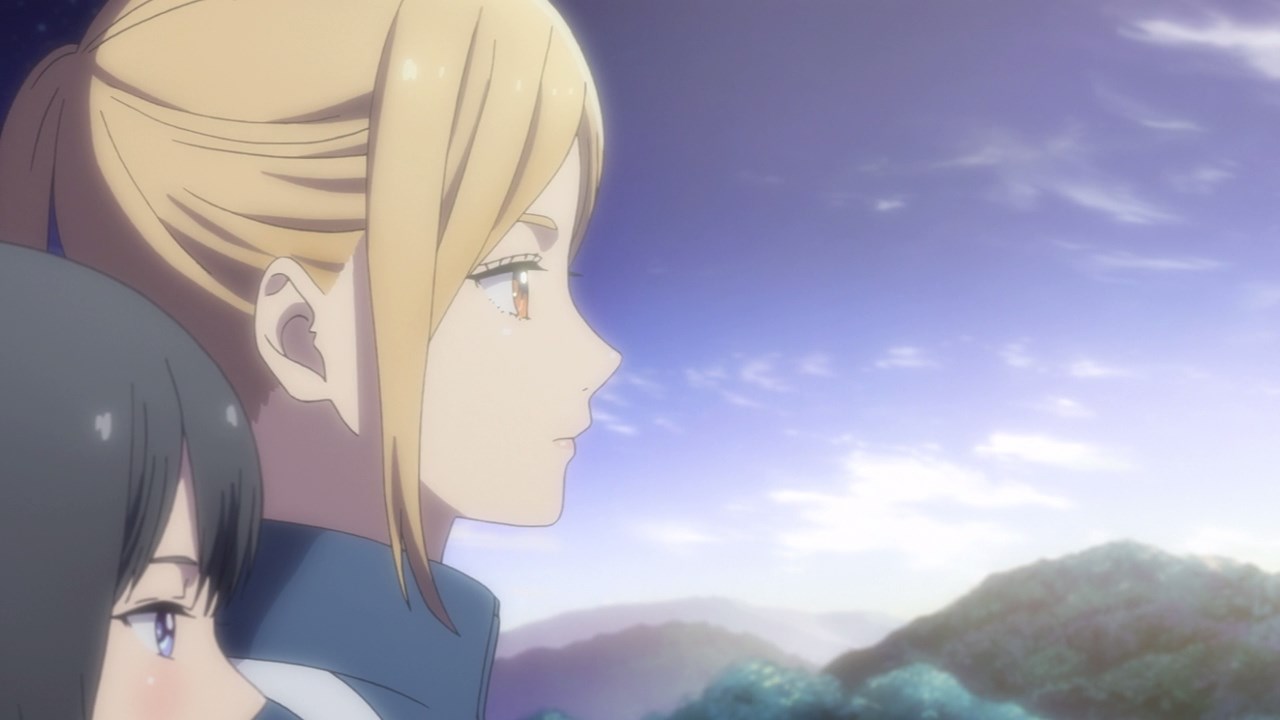 Anyways, let’s end this episode as Eripiyo watches the first sunrise of the new year. It’s so majestic that she’ll die upon watching it. 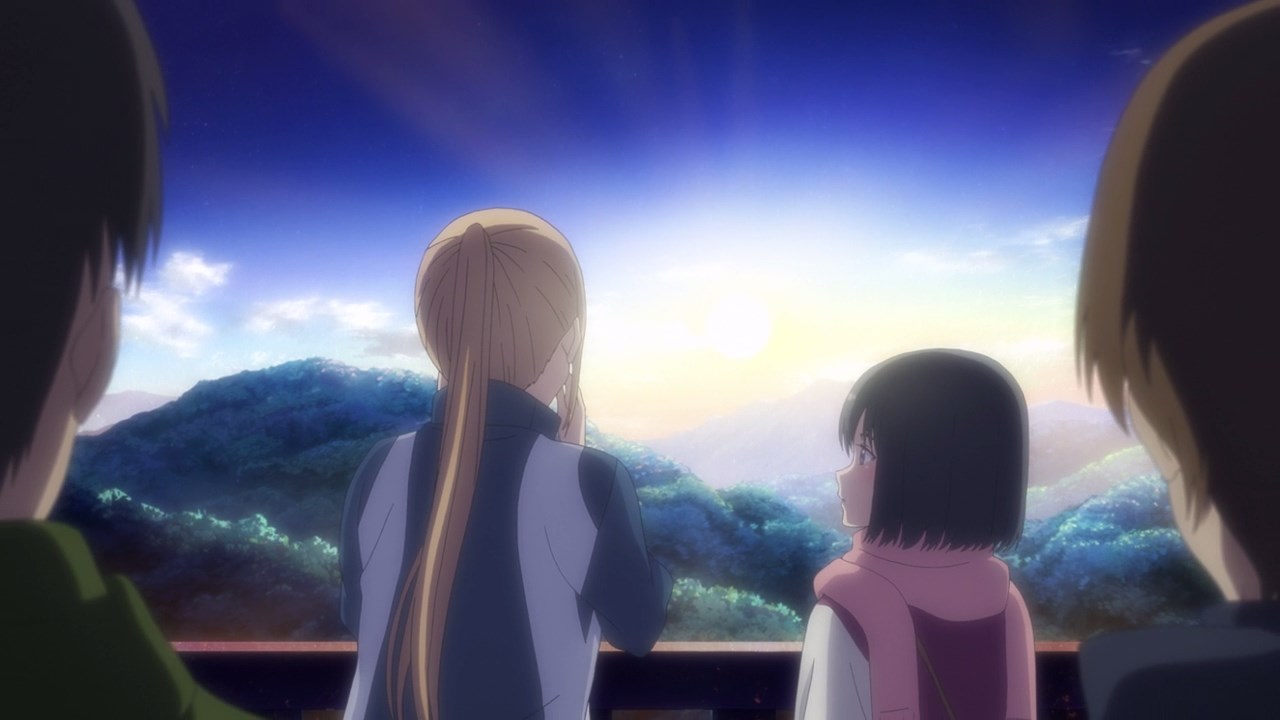 But you know what, Eripiyo would rather die on having her oshi Maina perform at the Budokan with the rest of Cham Jam. Then again, I don’t want Eripiyo to die yet because she must see Cham Jam at the Budokan first.

With that said, I’ll see you on the next episode where Cham Jam will return to the stage!