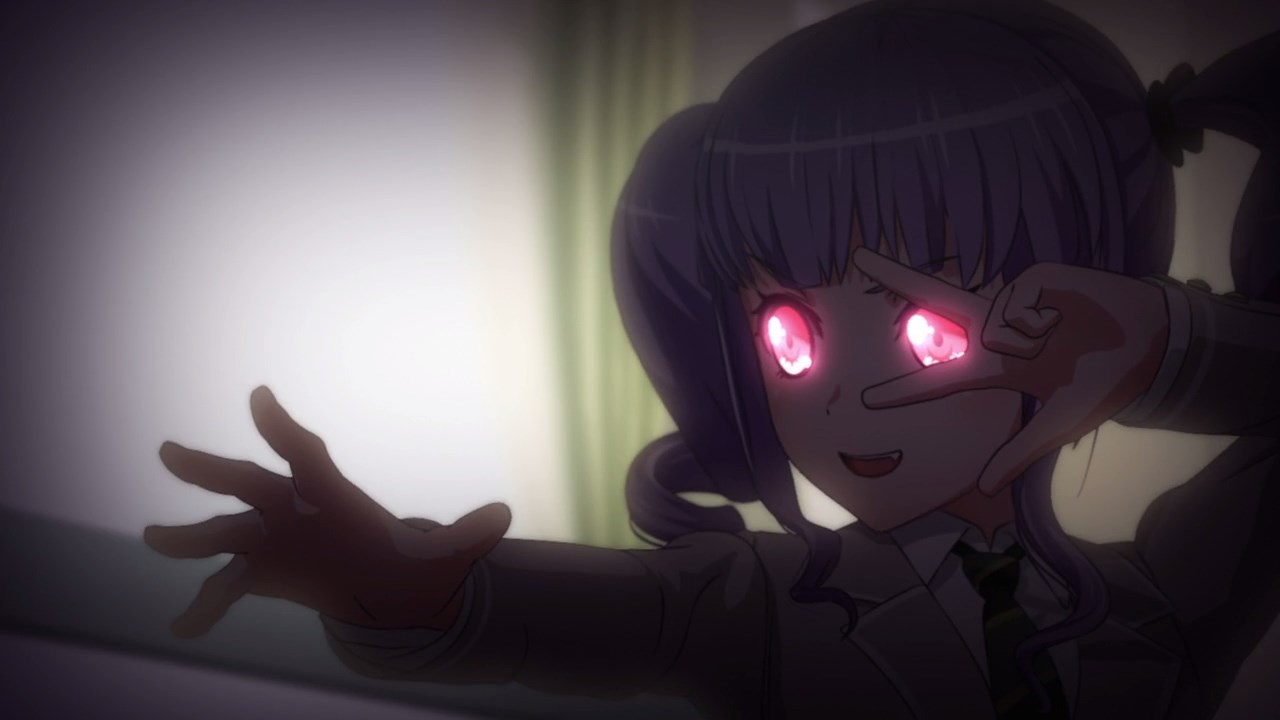 “Kukuku, I’ll show you the power of my evil eye!” 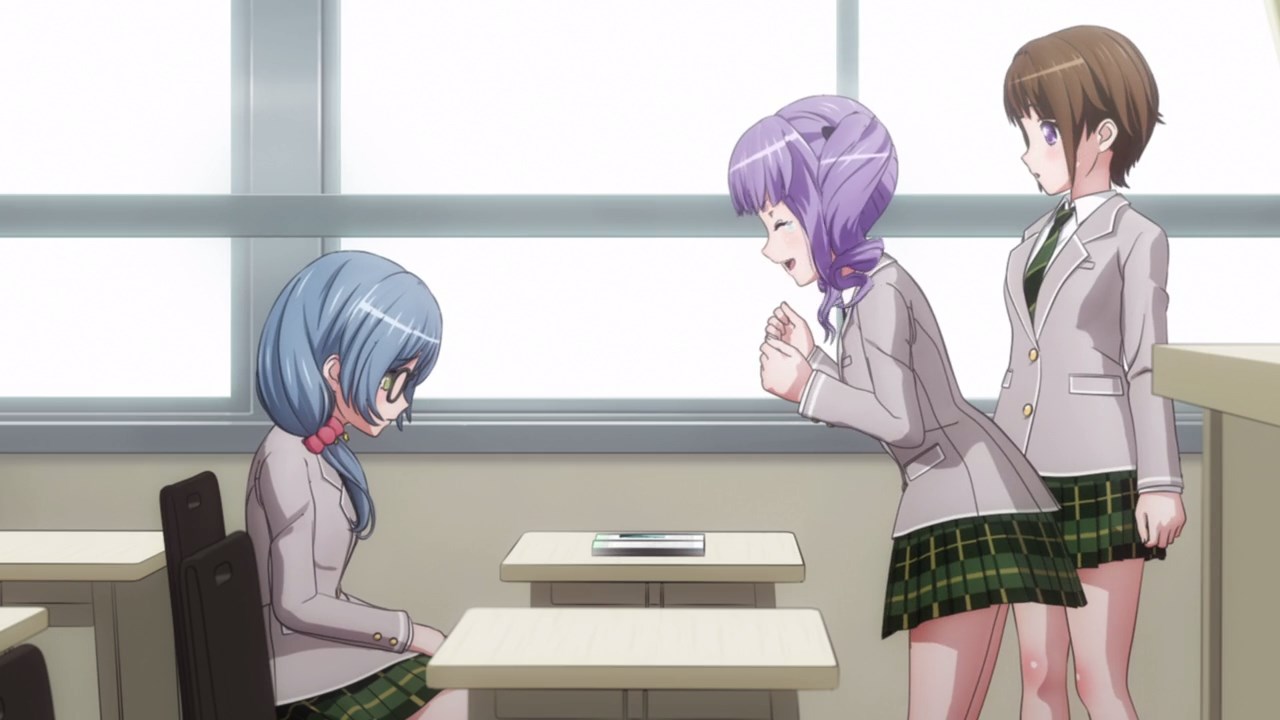 “At least pay attention to me!”

Sadly, Rokka Asahi is not in the mood on seeing Ako Udagawa’s chuunibyou behavior because her band is in trouble! 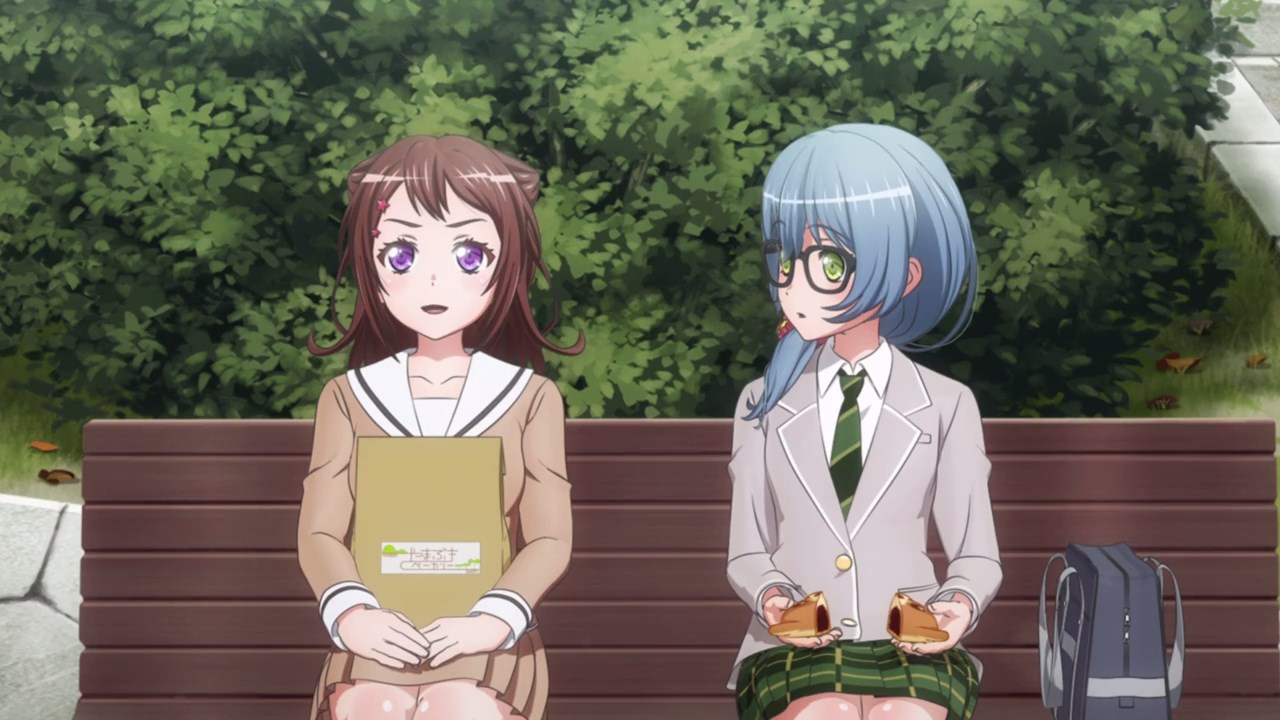 So, Rokka told Kasumi Toyama about her current problems, which she told Asahi to talk to your fellow band-mates because not communicating with each other is not good for the entire band.

Yeah, it’s a simple advice from Kasumi as her band has experienced some bad times, especially during Seasons 1 and 2. In any case, time for Rokka to bring the band back together… 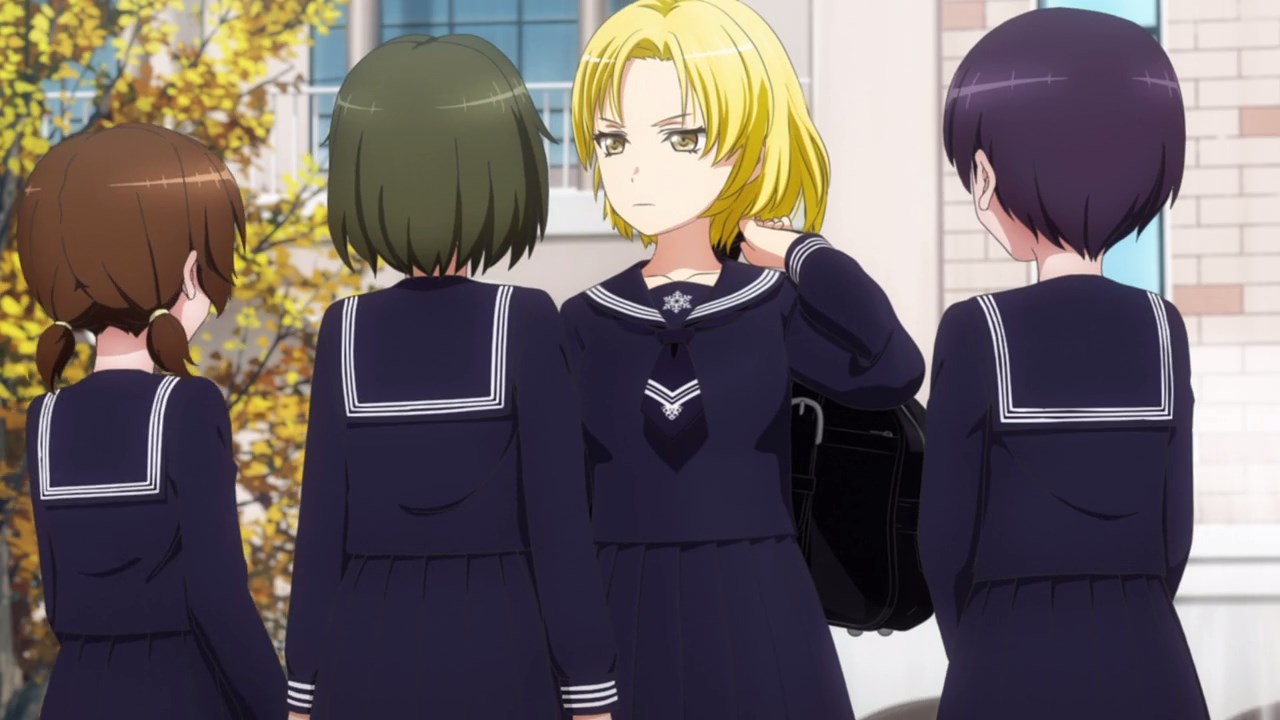 …starting with Masuki Sato in which she was approached by her underclasswomen.

C’mon, Masuki is a student of a prestigious girls’ school so she can’t show her rowdy side inside Shirayuki Academy. 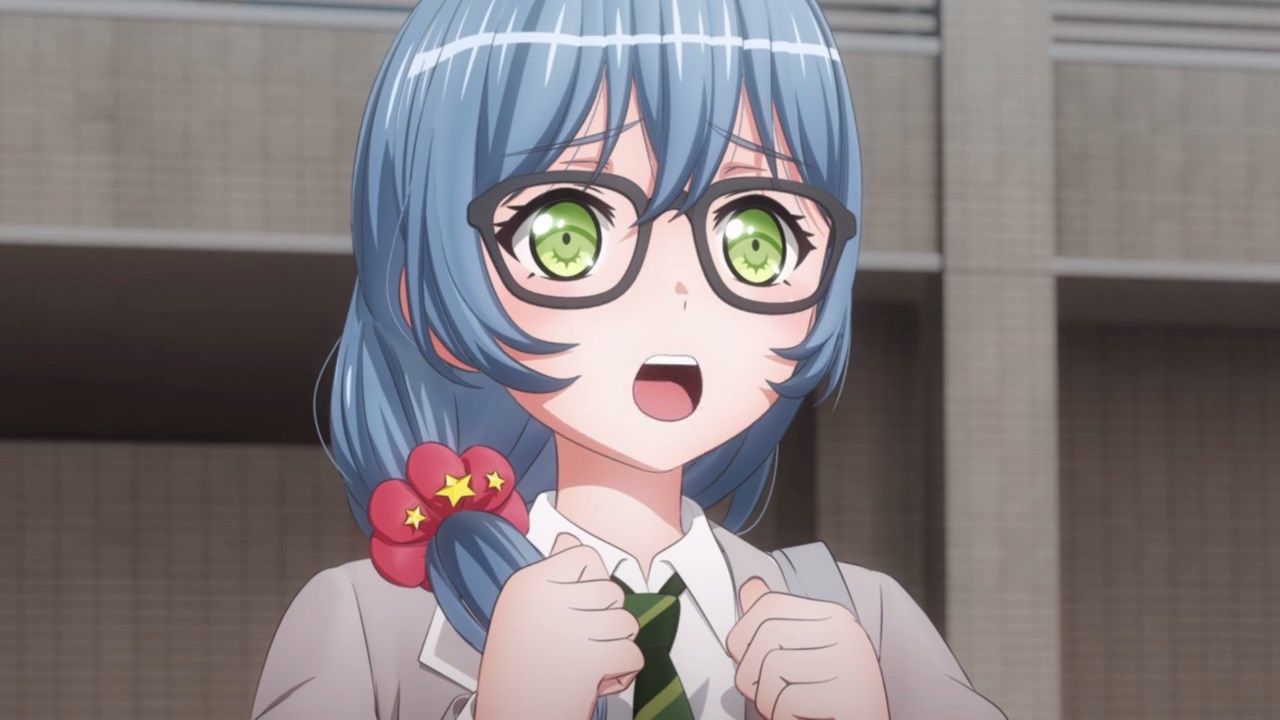 Well, except for Lock in which she called Masking and told her not to leave RAISE A SUILEN.

Um Asahi, don’t make a fuss in front of Sato as she doesn’t want anyone to learn that she’s a mad drummer! 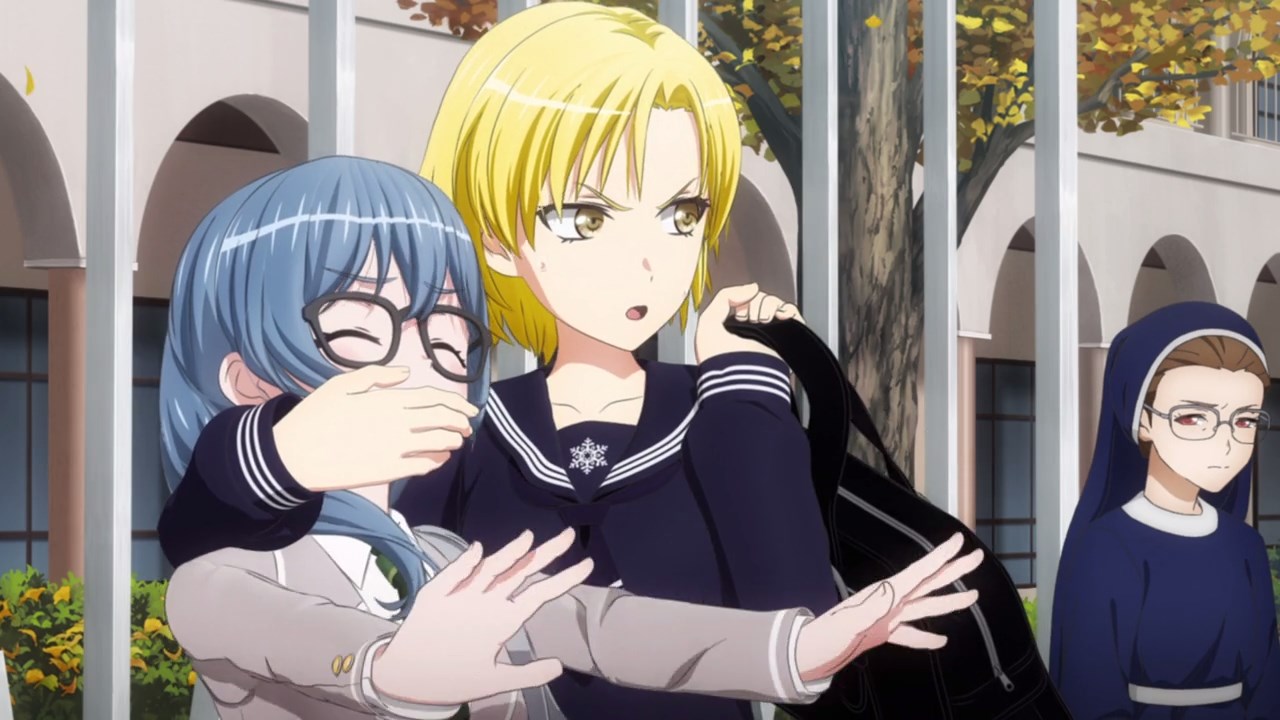 Heck, even Masuki tries to keep Rokka’s mouth shut because the nuns are watching her actions. Gotta keep her rowdy persona away from everyone except for her band. 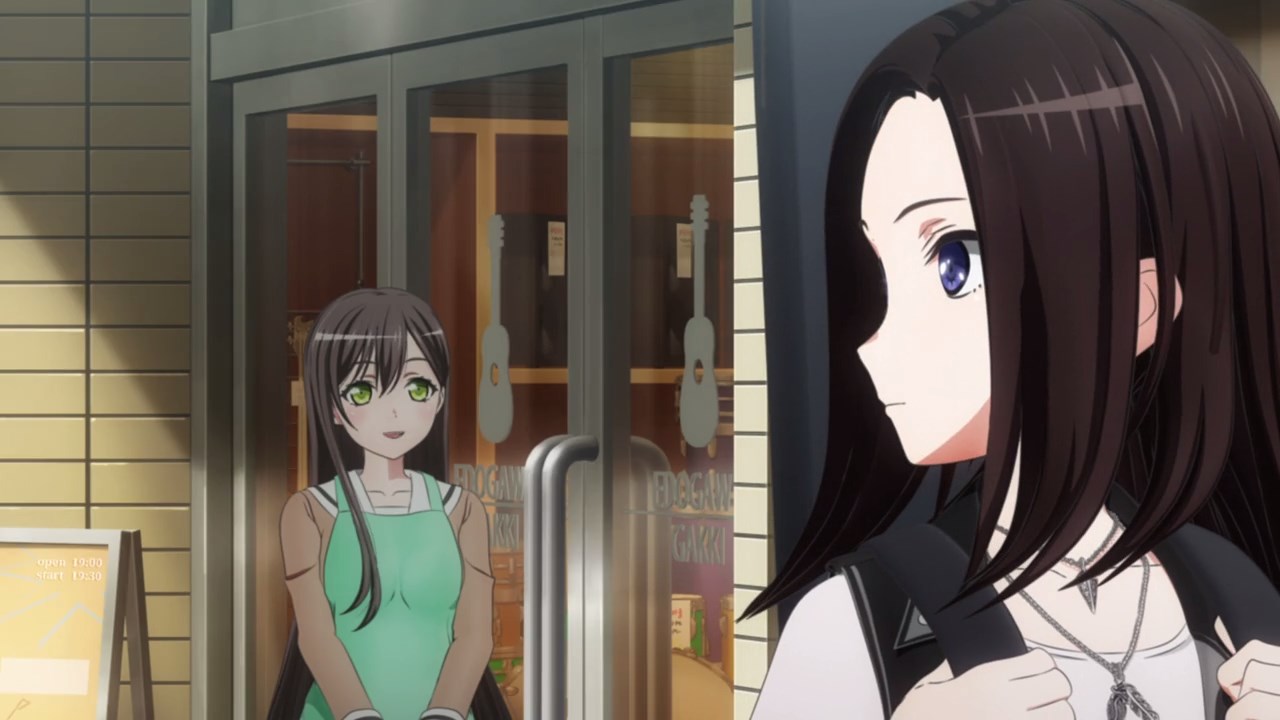 Meanwhile, looks like Rei Wakana visited her childhood friend Tae Hanazono and it’s been a while since they talked to each other. 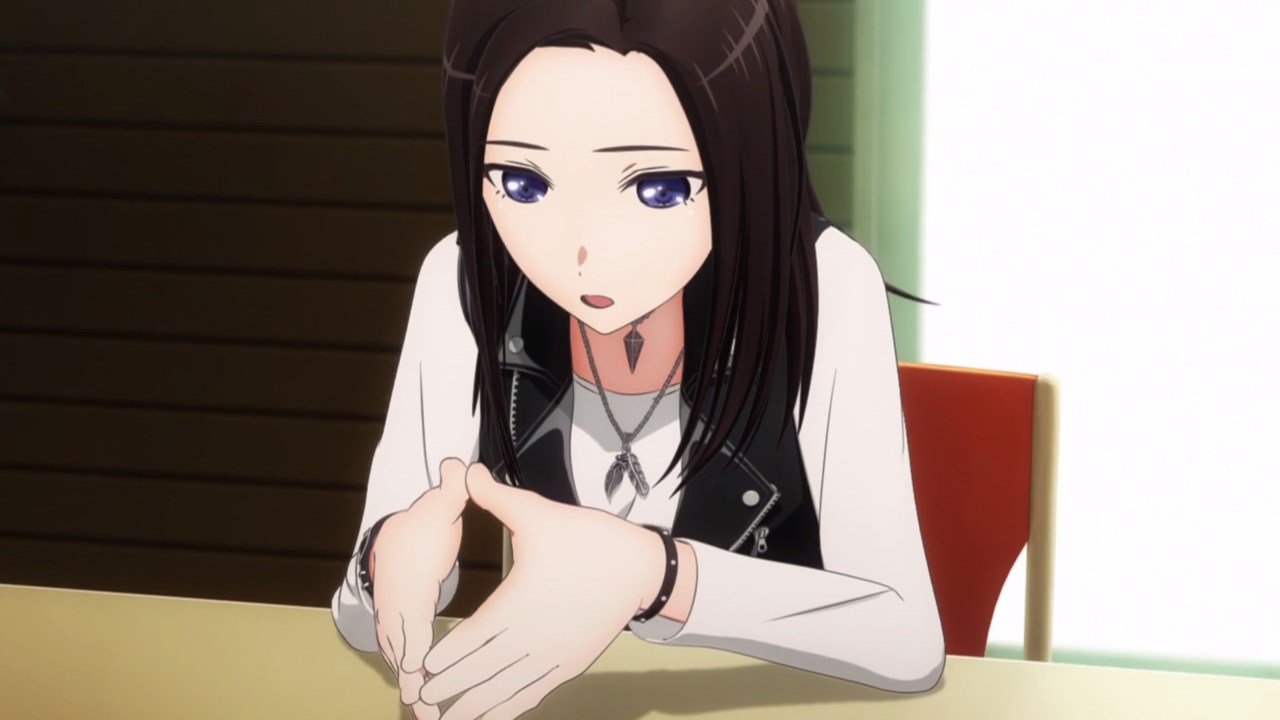 Of course, Layer is concerned about her band RAISE A SUILEN as Rei felt that she’s not committed to the band.

Heck, Wakana felt that there a missing element in which it binds the band together. You know what, I think there’s nothing wrong about Layer, it’s just that Chu2 is very selfish and self-centered. 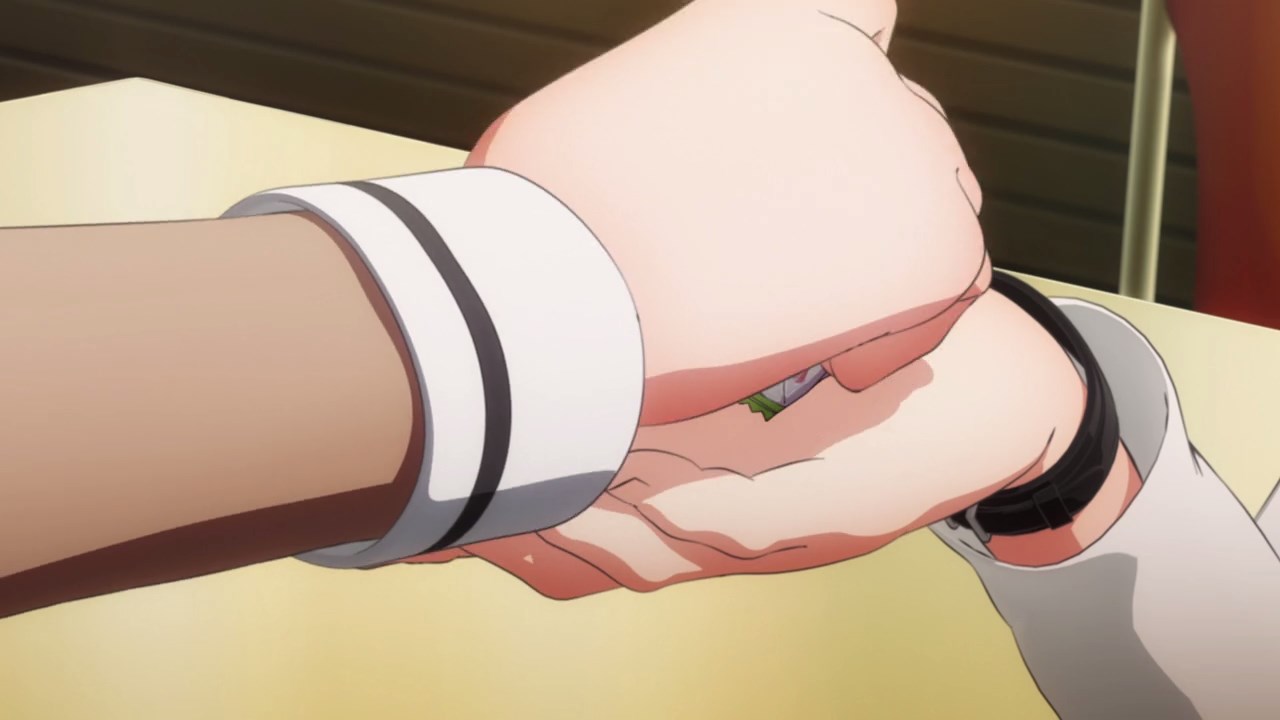 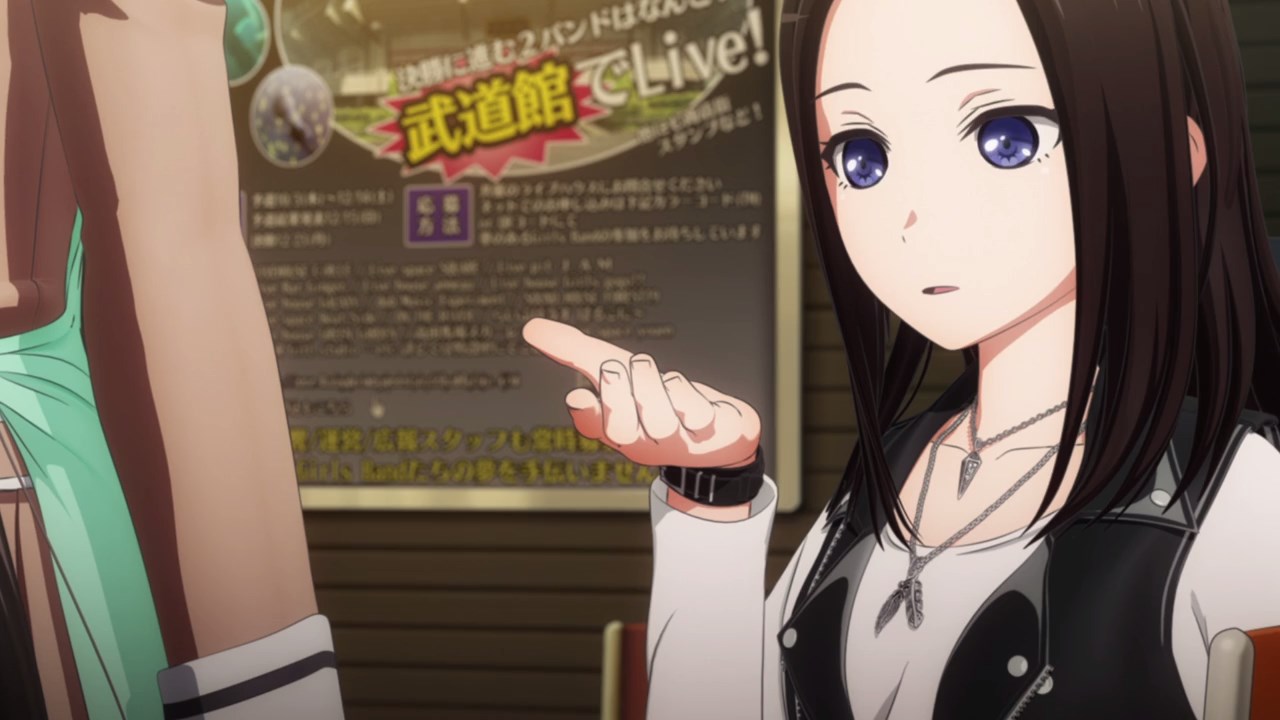 But you know what, O-Tae will cheer Rei up by giving her candy. I mean, O-Tae wants to help her childhood friend after all. 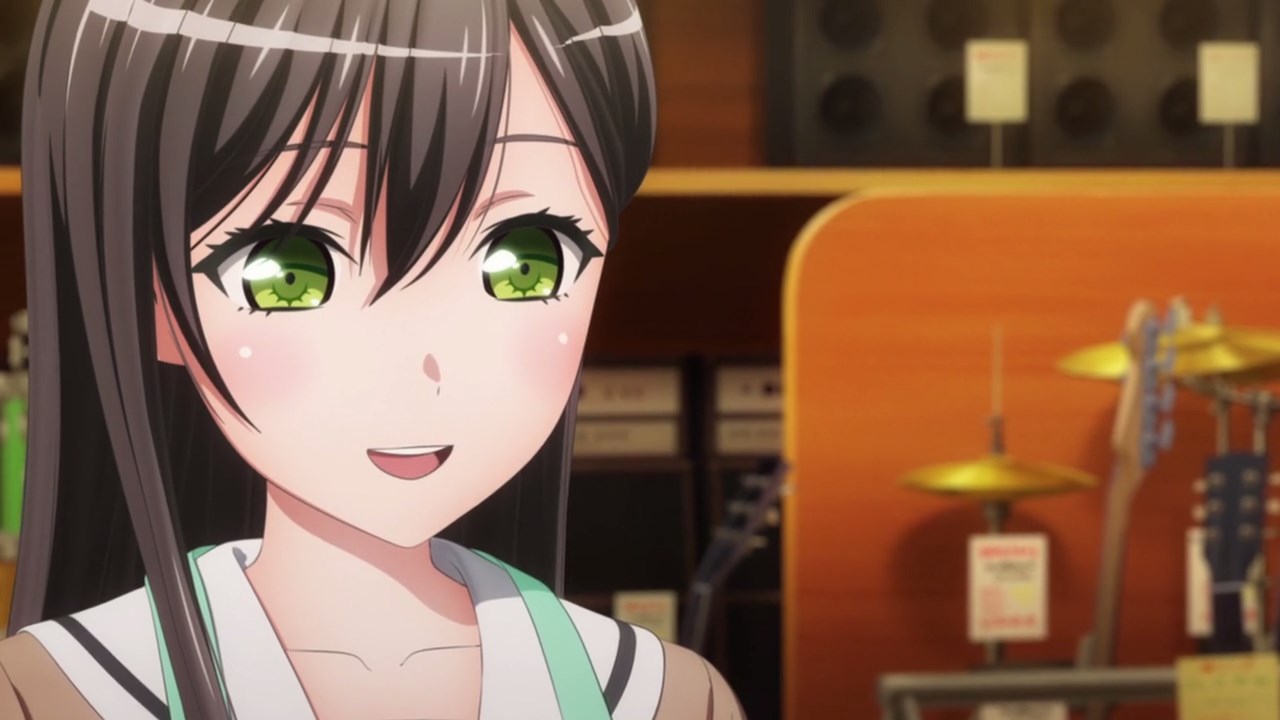 In any case, Hanazono told Wakana that when vocalists like her have lost their way, they can count on the stars to shine like a beacon in the sky.

With that said, O-Tae’s words of wisdom has helped Layer on saving her band from being destroyed. Of course, she needs to see Chu2 first! 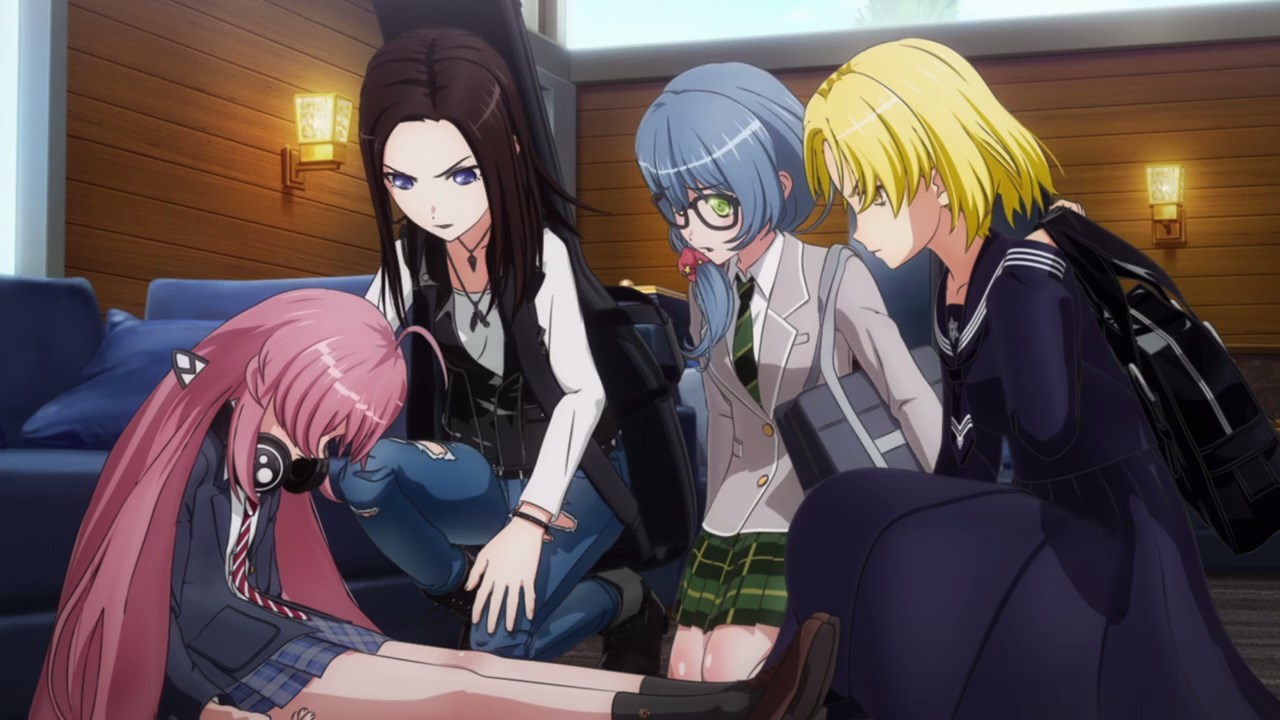 Unfortunately, Chu2 was found dead in which Layer and the rest are shocked that she’s gone. Actually, Chu2 is just hungry! 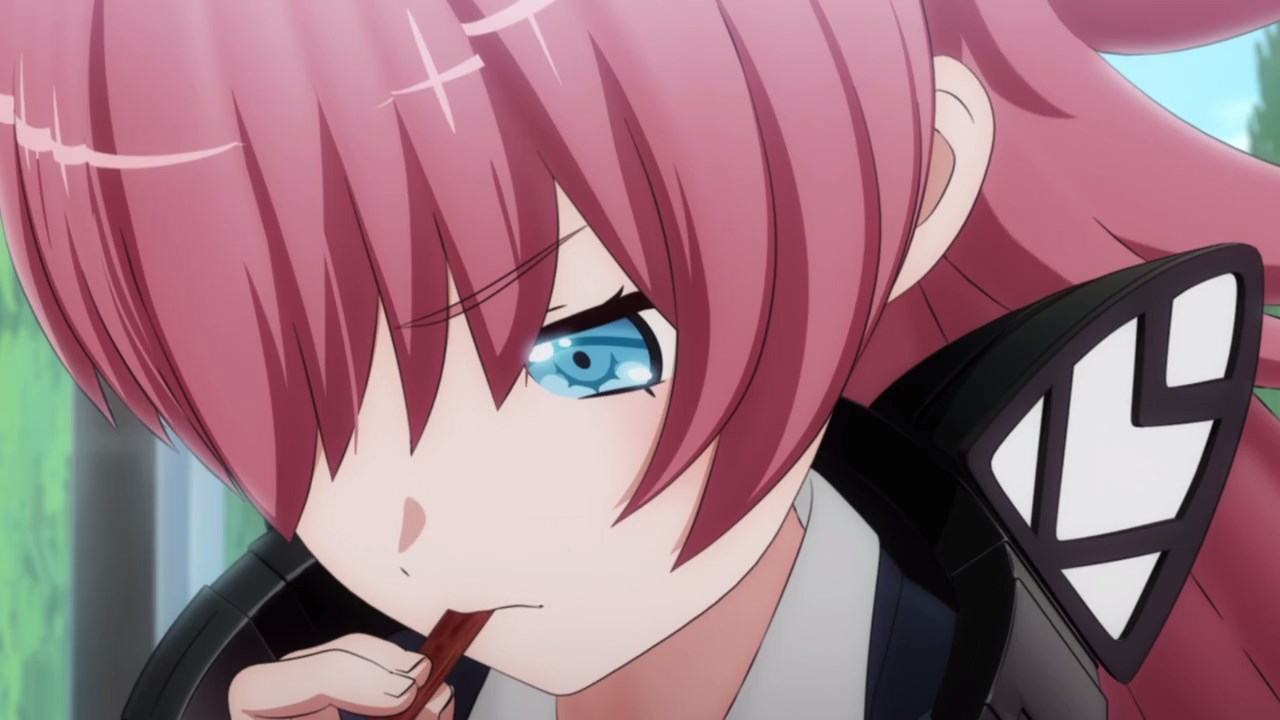 But don’t worry though, all she needs is some beef jerky and Chu2 is ready to go! Then again, I wonder what happened to Pareo though… 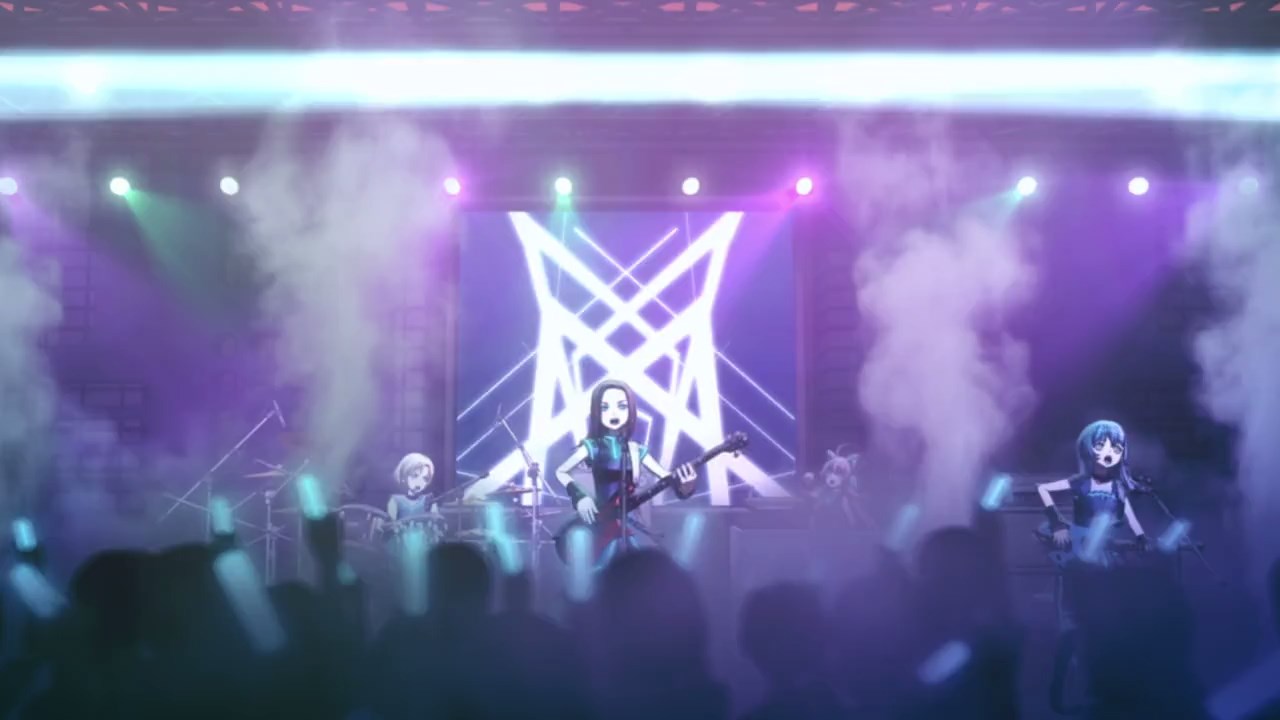 Still, RAISE A SUILEN went to Dub Music Experiment and perform as usual, although they used a backing track since Pareo went missing. 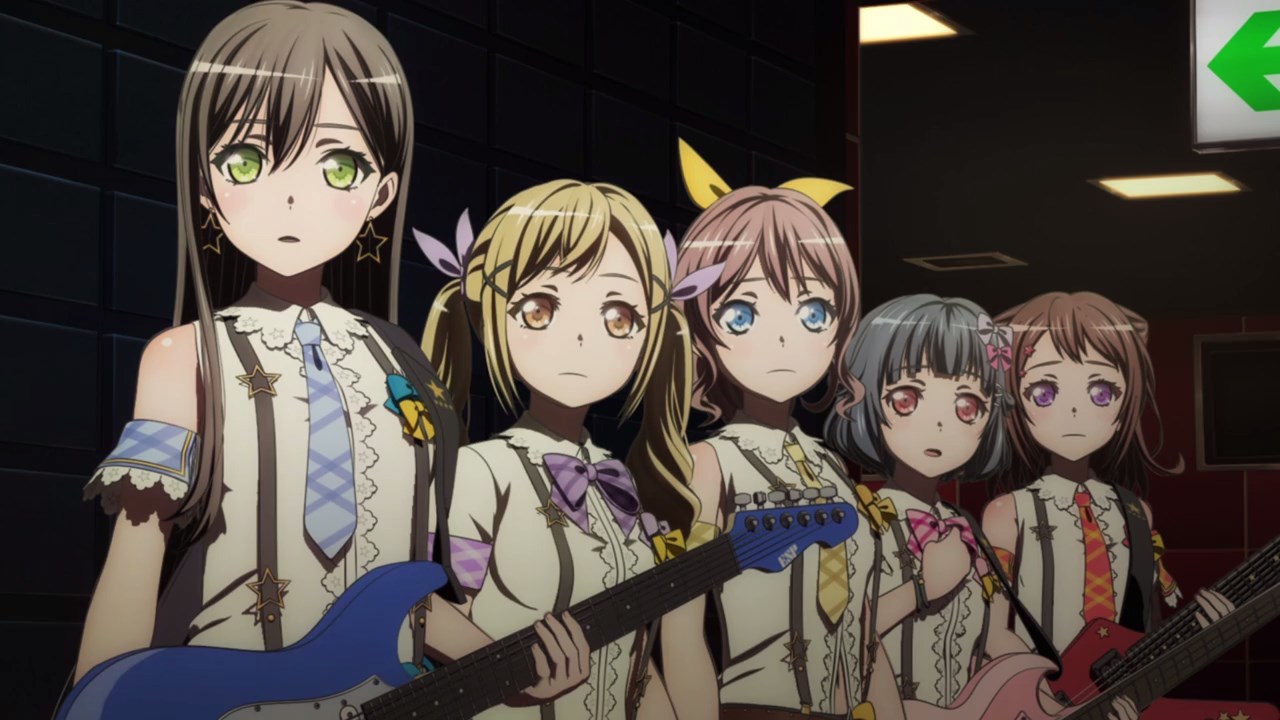 And here’s Poppin’ Party where they saw something unusual for RAS today. Even though they did well, it doesn’t seem right. 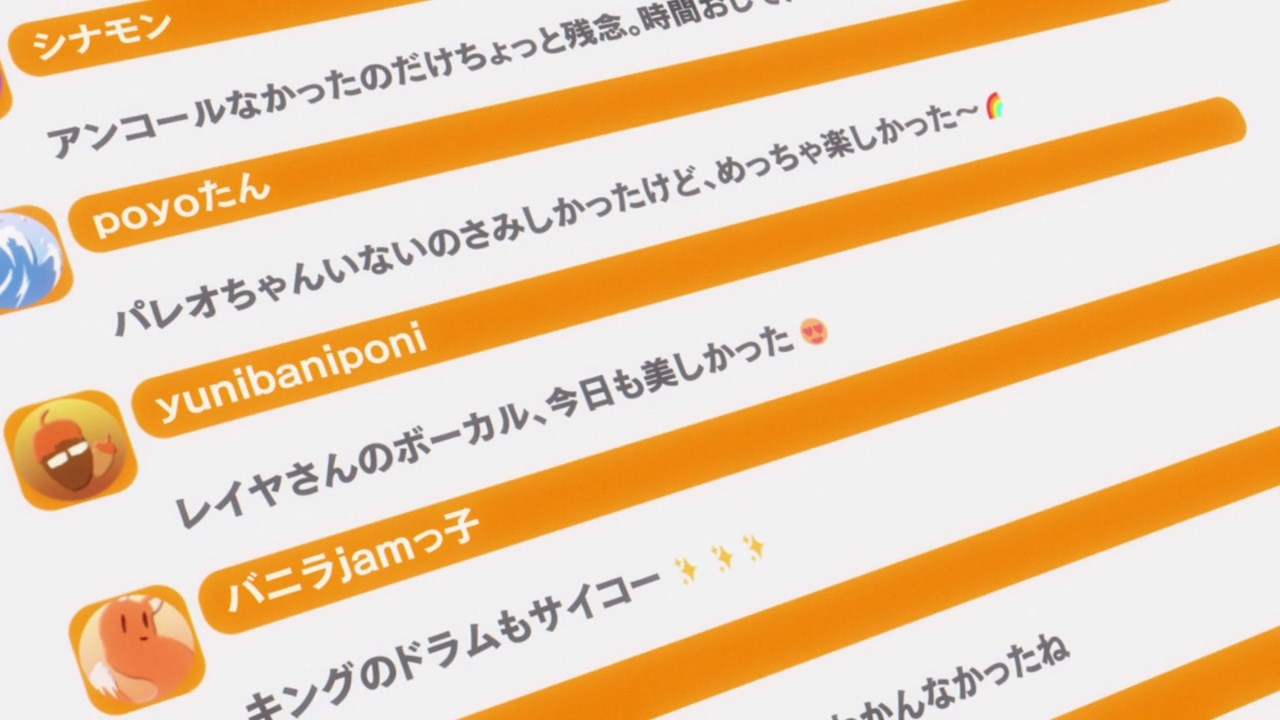 Heck, even the fans are concerned that RAISE A SUILEN’s performance felt a bit off that most of them point out that Pareo is nowhere to be seen. 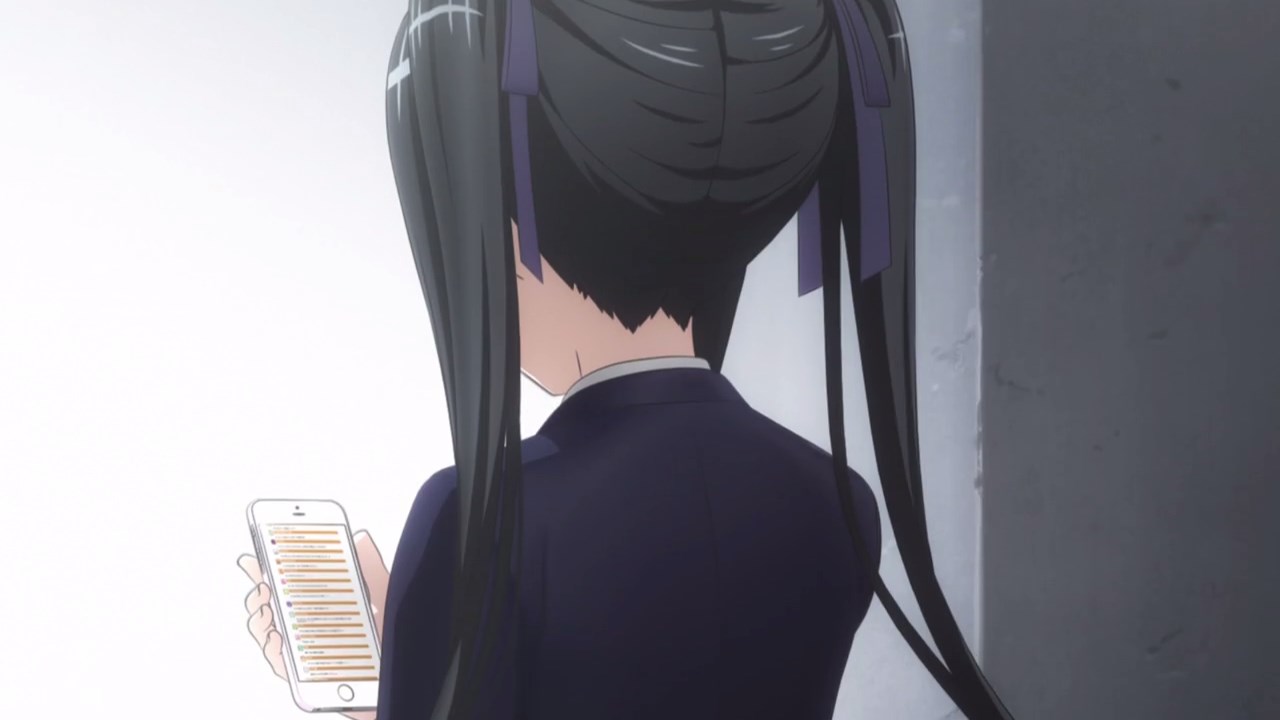 On the other hand, I think this girl is looking at the comments and thought “Yeah, they’re doing fine without Pareo around”, but it’s not because it won’t be RAS without Pareo.

Come to think of it, this girl looked somewhat familiar… 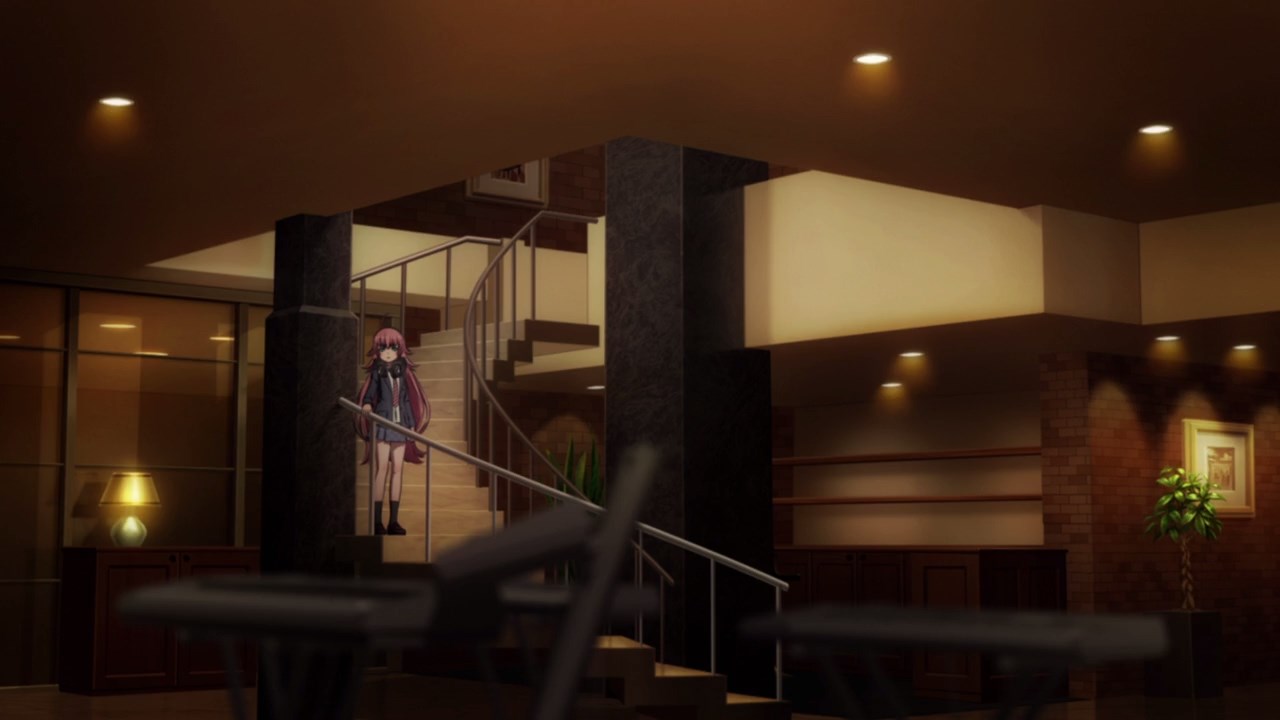 Moving back to Chu2 and this is where we’ll see her backstory of why she’s a selfish producer.

Sure that Chu2 has some great parents, but they’re not because her mom and dad are not here to celebrate her birthday! 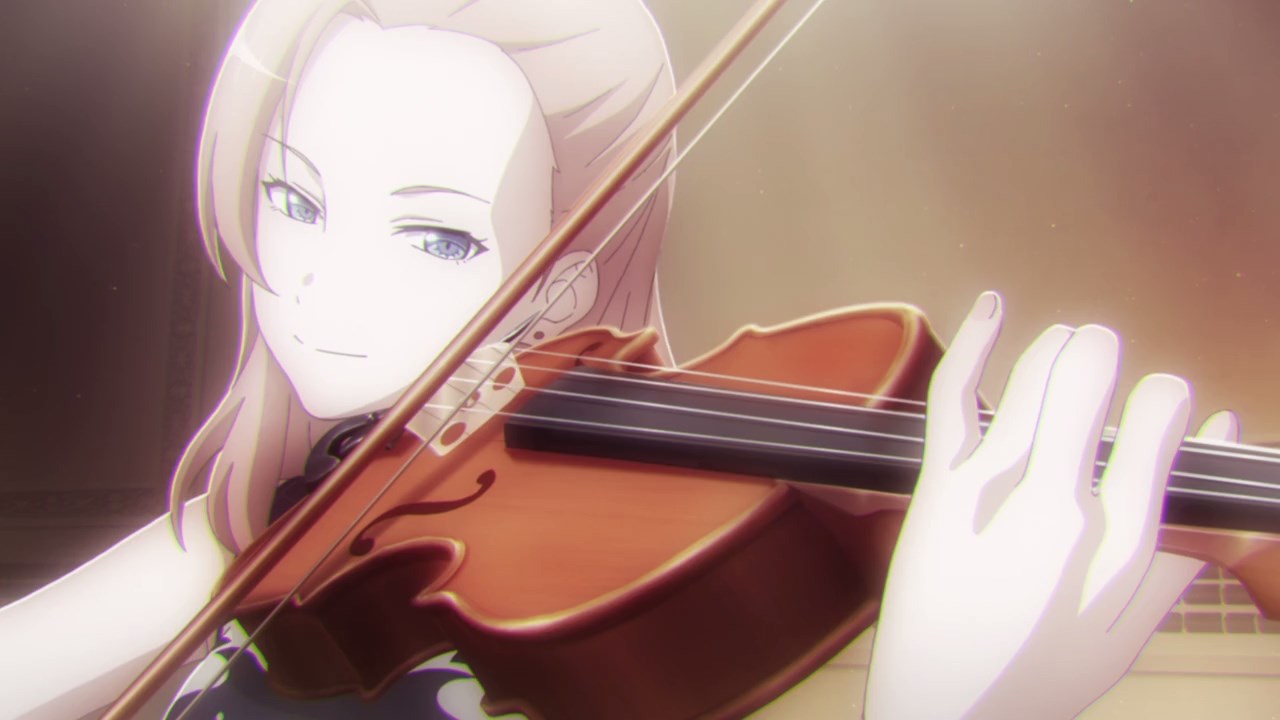 You see, Chiyu’s mother Miu Tamade is a talented violist in which she performed around the world and got a large following thanks to Miu’s stunning violin performance. 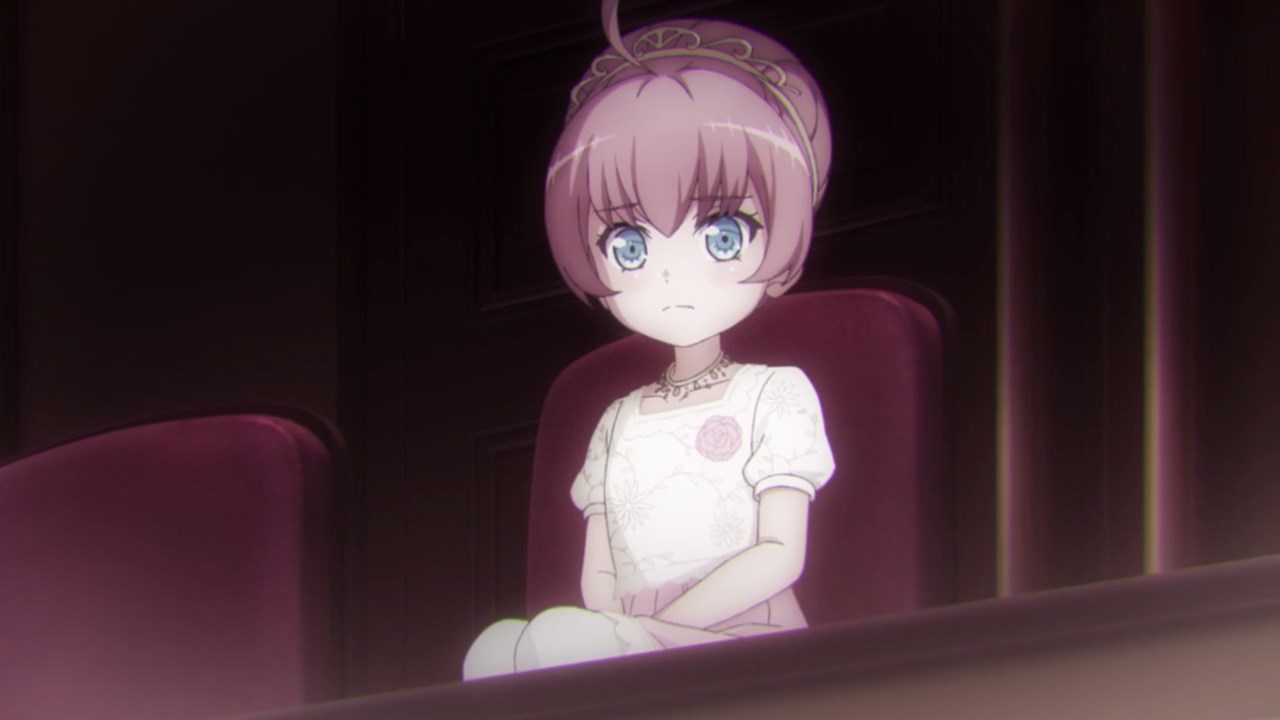 And here’s Chiyu Tamade as a young girl where she might have talent, but Chiyu is overshadowed by her mother because her she’s not the best pianist nor the best violist she could ever have.

On the other hand though, where’s Chu2’s father? But you know what, seems that Chu2 has a case of inferiority complex that she created RAISE A SUILEN to be the best girls band that her parents will be proud of. And yet, it’s falling apart because of Chu2’s selfishness. 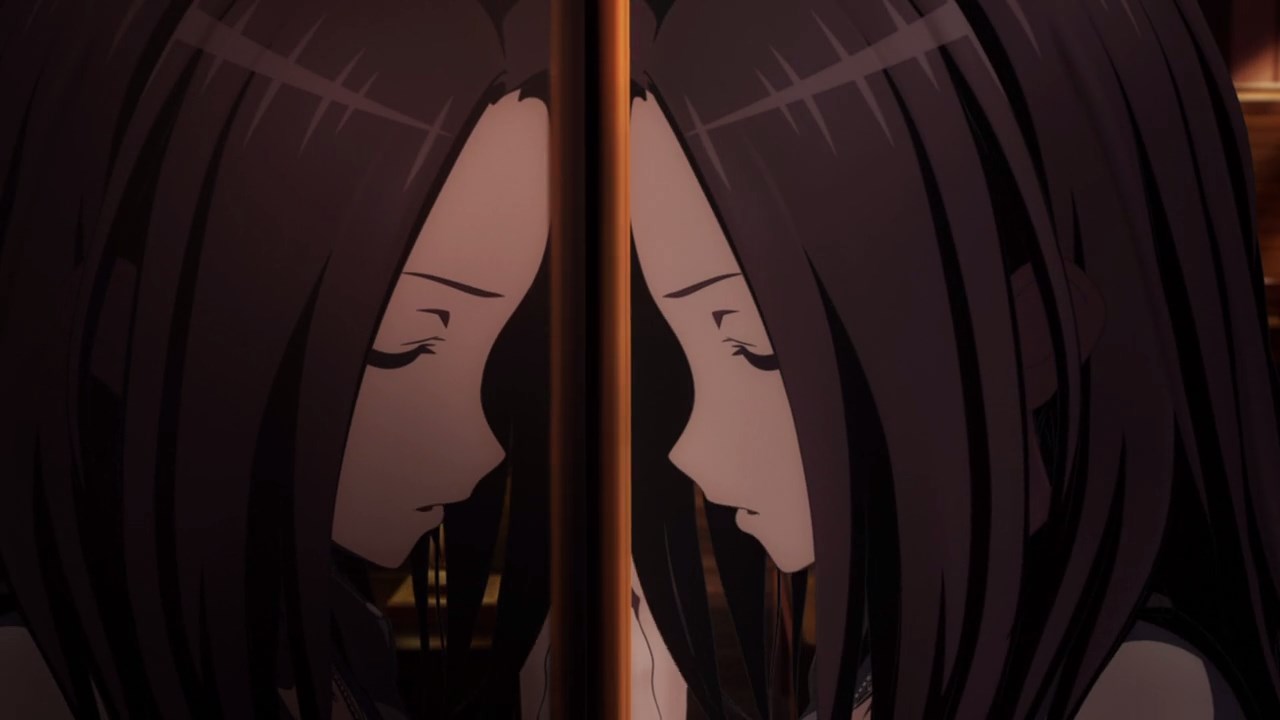 Now let’s go back to the present as Layer said sorry to Chu2 for not being committed to the band.

Of course, she told Chu2 that RAISE A SUILEN can’t end like this as Layer wants to bring the whole band back together. 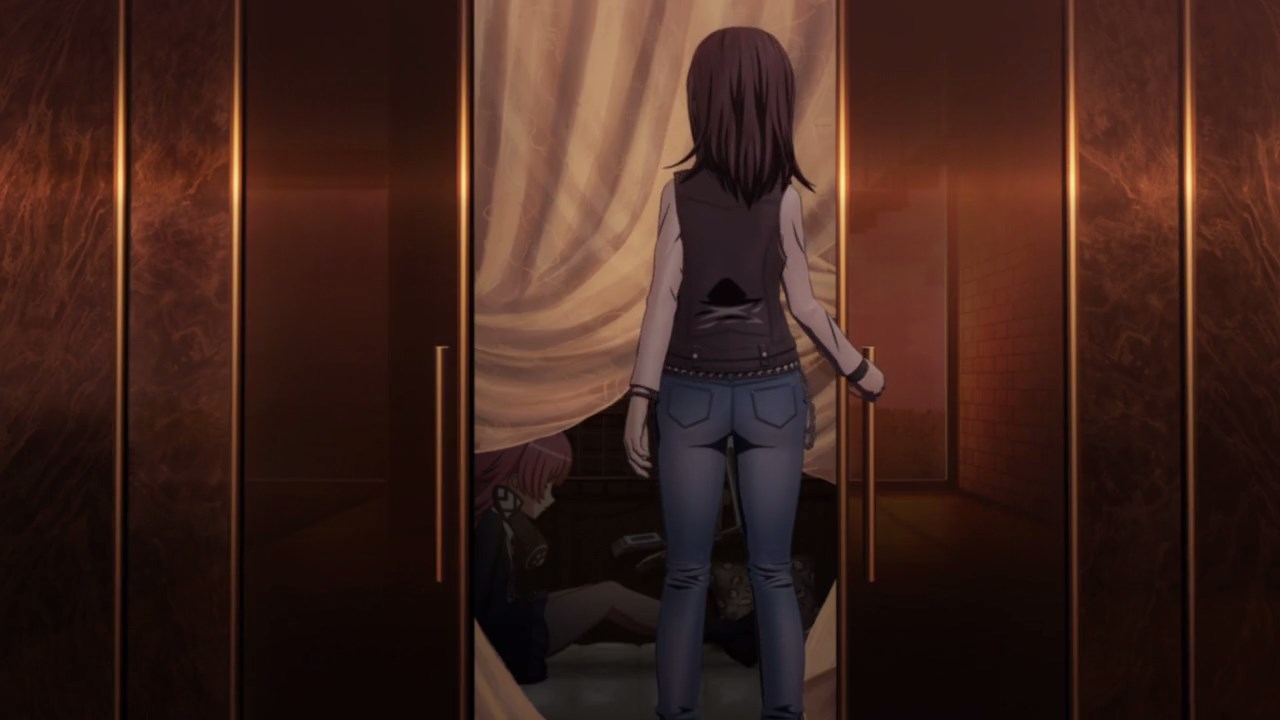 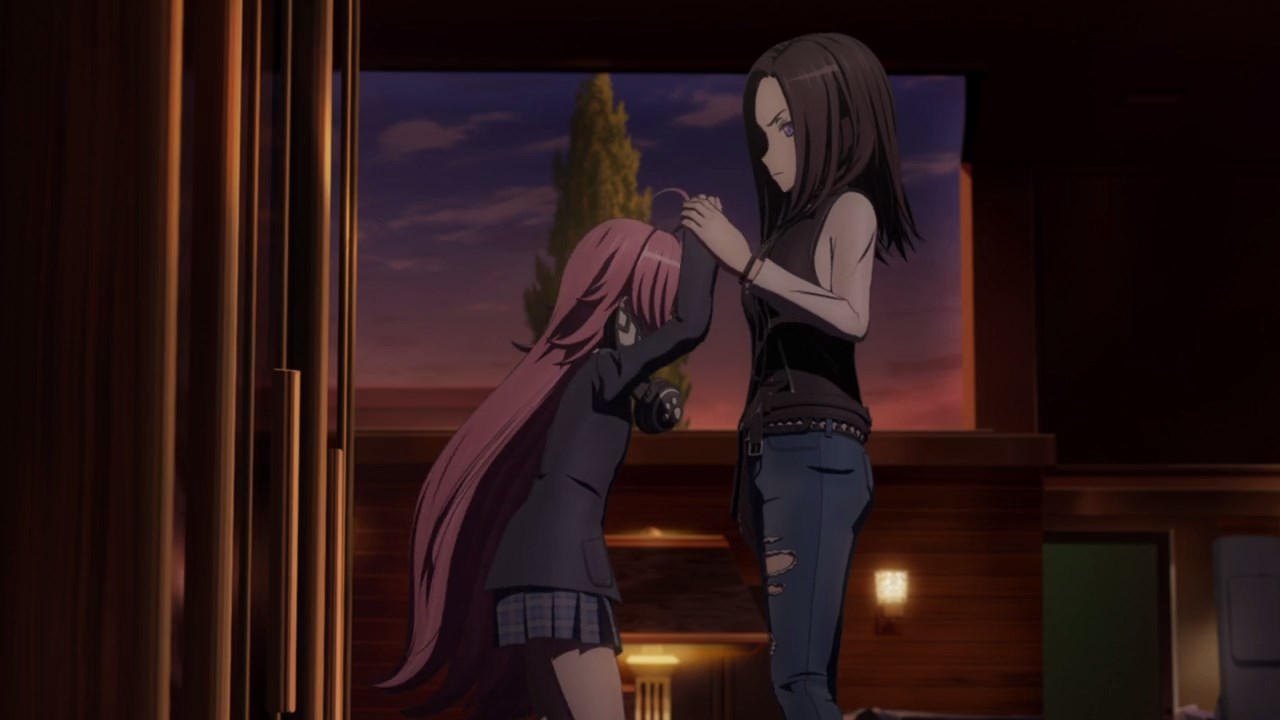 So, Layer took Chu2 out from her closet as they’ll search for Pareo together. But the question is where is Pareo or should I say Reona Nyubara? 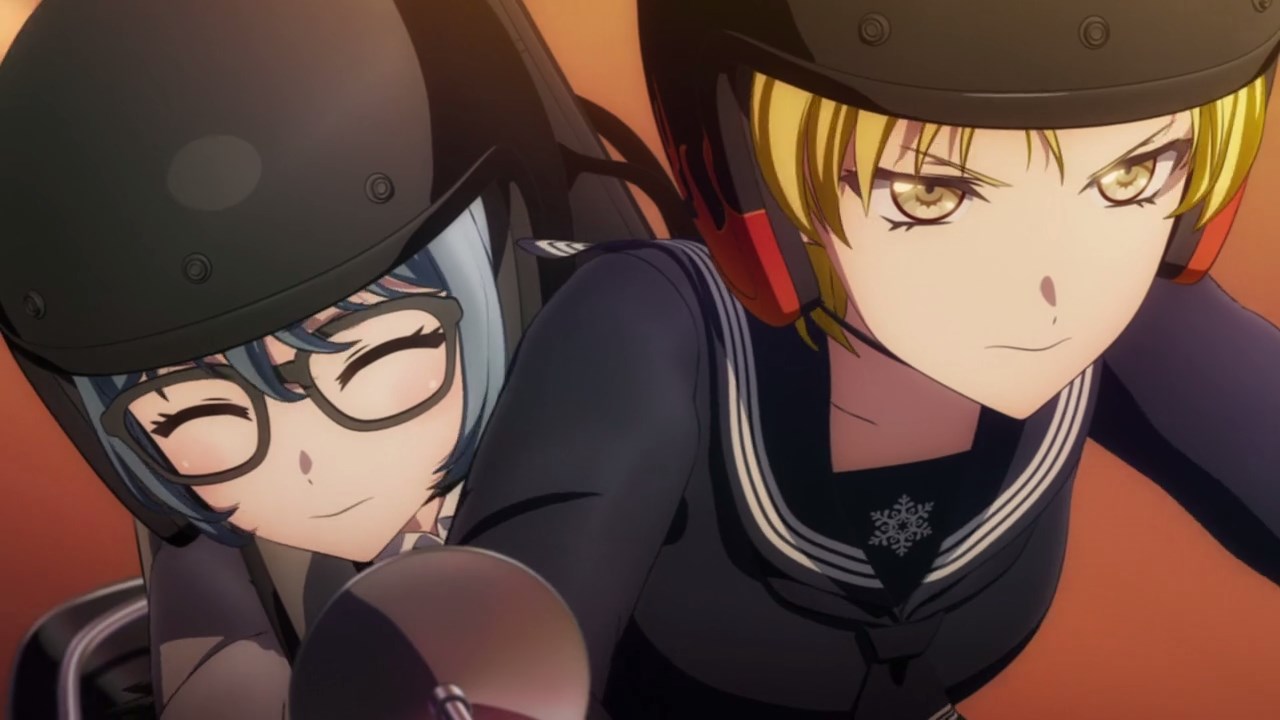 Well, some say that Pareo’s hometown is from Chiba Prefecture which is far from Tokyo.

Fortunately, Masking got a bike to travel to Chiba together with Lock, so it’s all good from there! 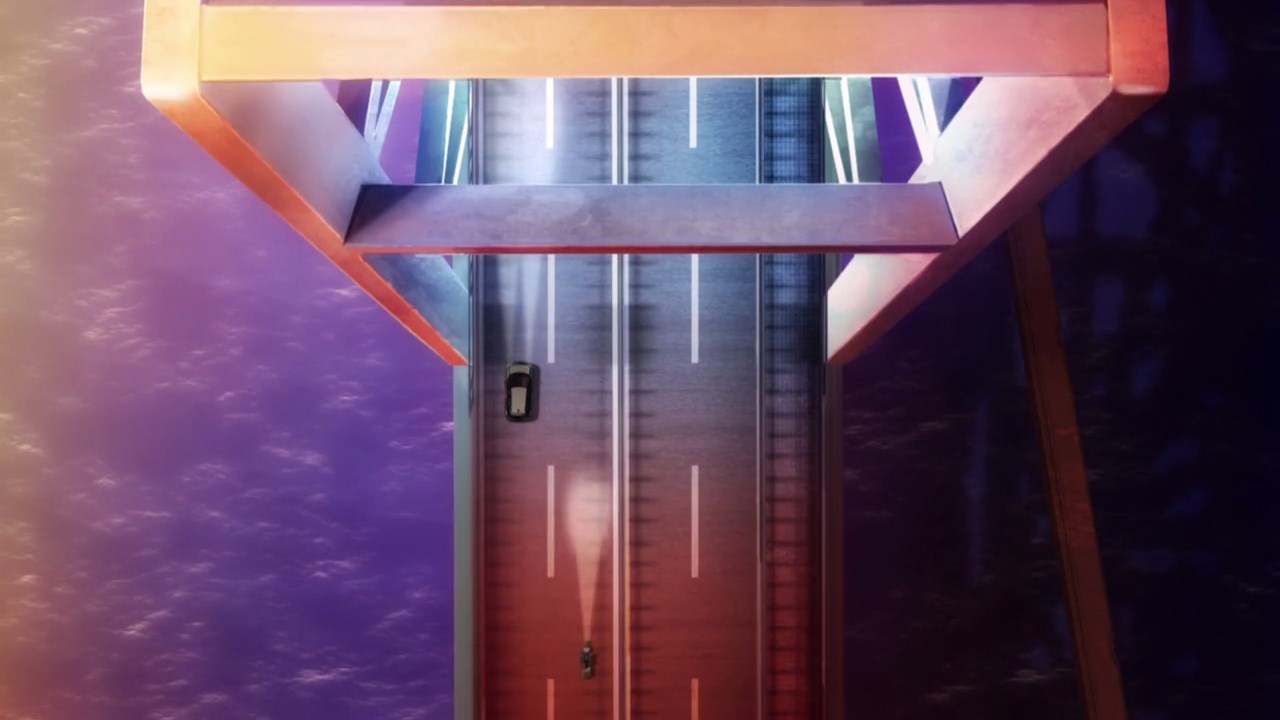 Of course, the only thing they should worry about is whether Pareo will agree to return to RAS or not.

In any case, I’ll see you next time and let’s hope that RAISE A SUILEN won’t end in a whimper!