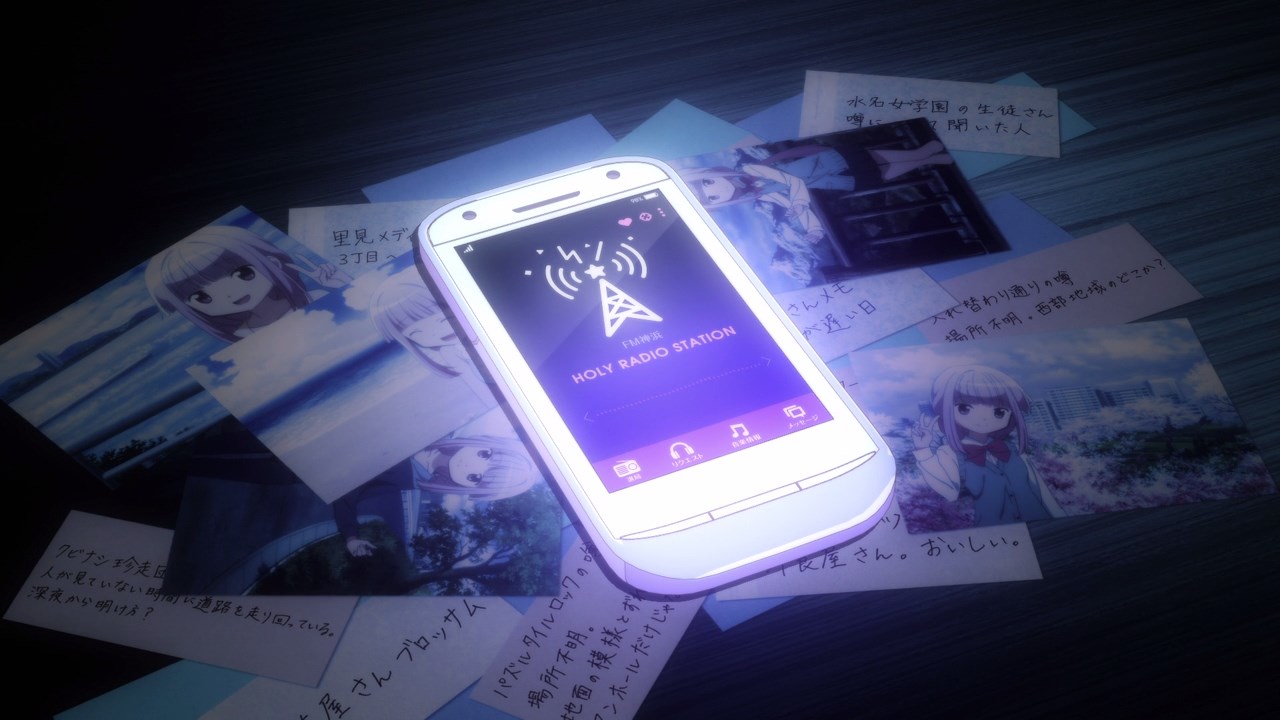 Let’s start the ball rolling as the local radio station plays “Gomakashi” by TrySail. Of course, what comes after is that you can hear a girl giggling from Iroha Tamaki’s phone. 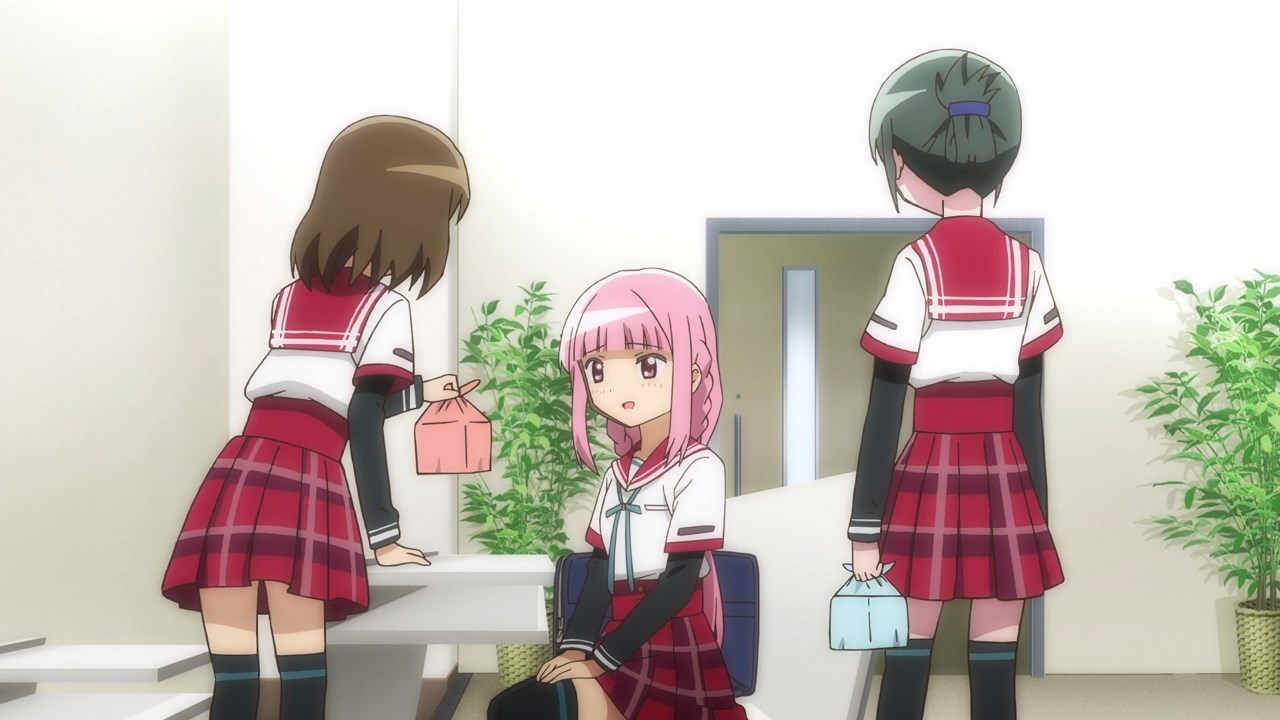 And speaking of Iroha Tamaki, she’s now staying at Kamihama City as a transfer student although she’s a bit shy towards her new classmates. I mean, Iroha came from a different town. 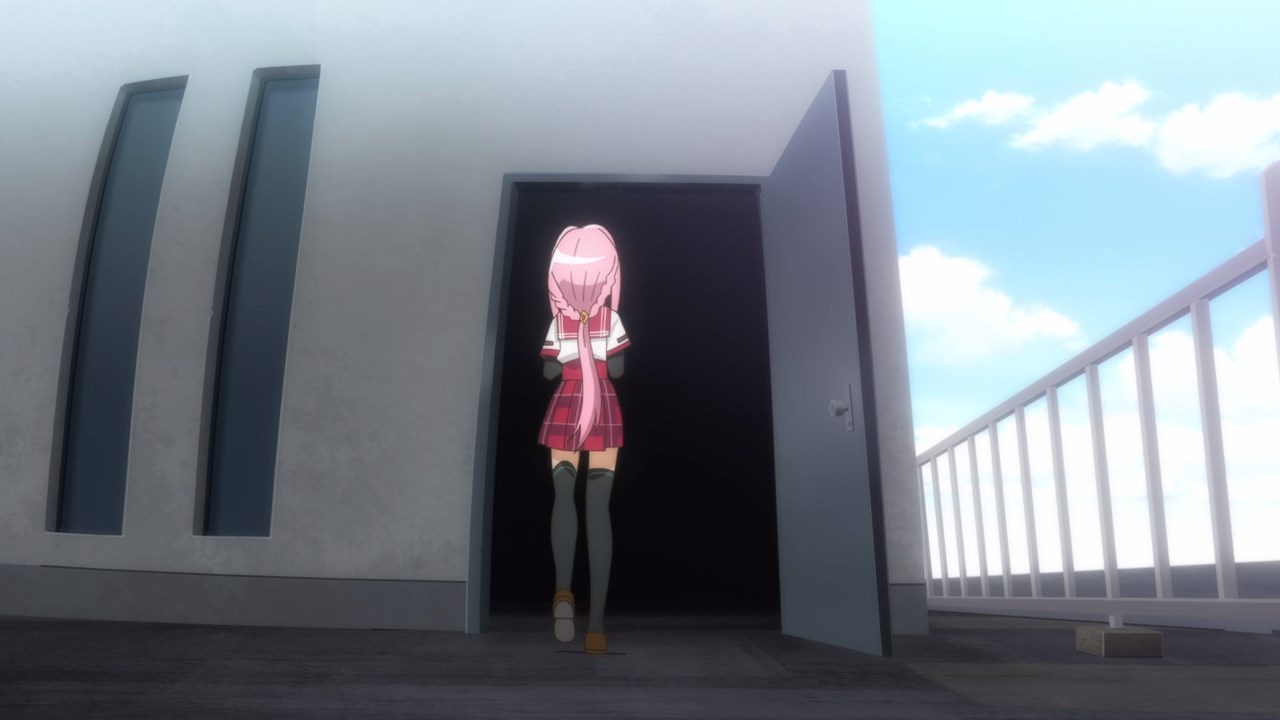 Still, Iroha will have some time adjusting to her new environment but for now, she’ll spend her time alone at the rooftop… 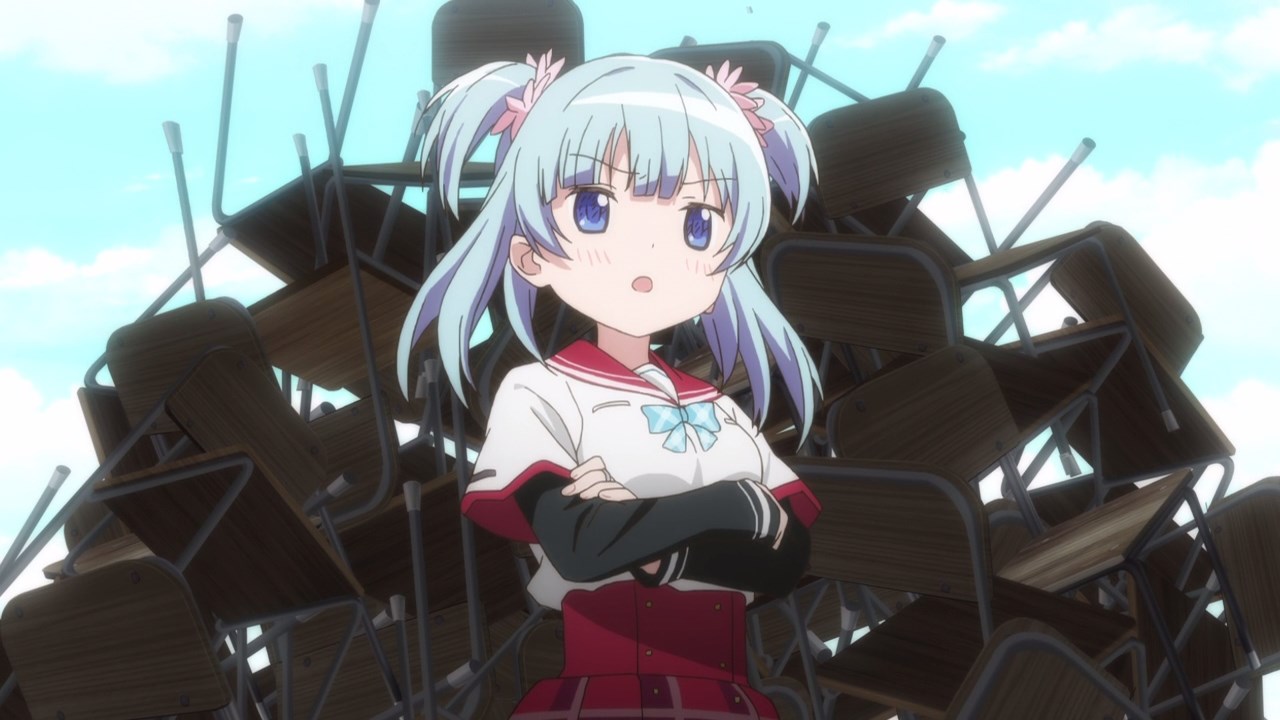 …until Iroha Tamaki saw Rena Minami in which she doesn’t like anyone staying at her favorite spot. By the way Rena, what happened to Momoko Togame and Kaede Akino?

Anyways, Rena allowed Iroha to stay at a rooftop as she tells Tamaki about the rumors surrounding the Invisible Girl. 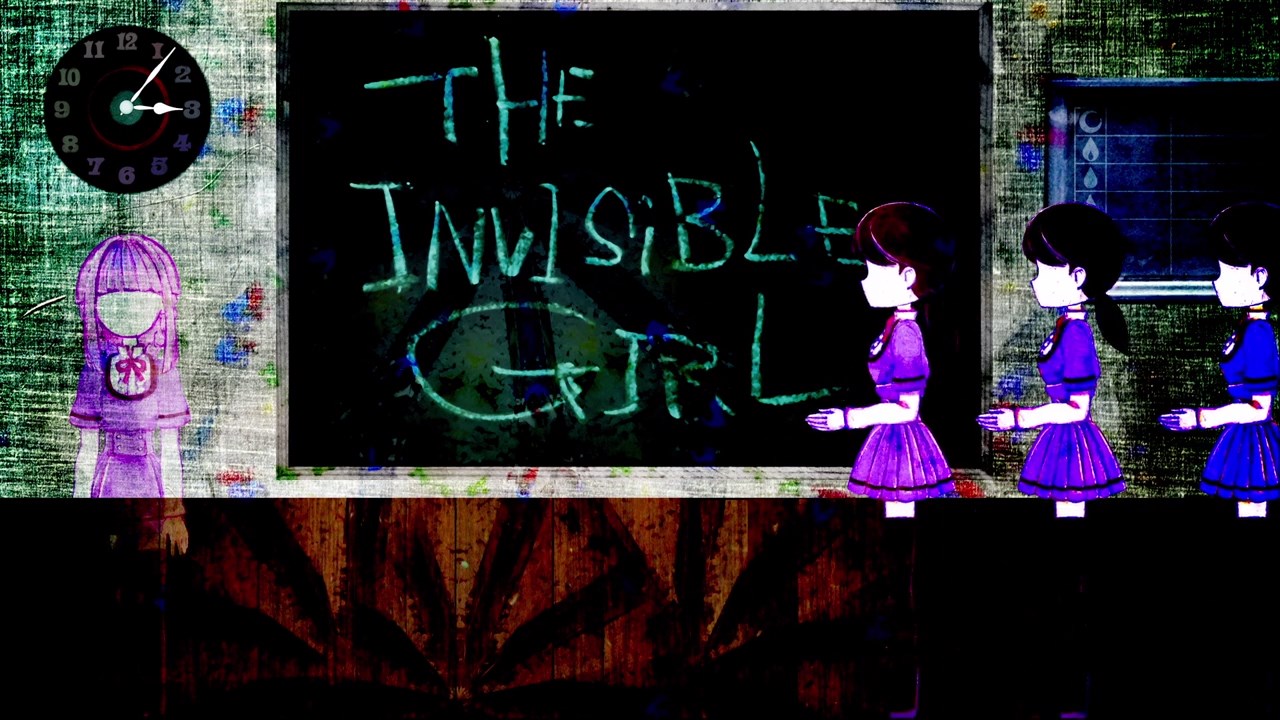 For you see, the Invisible Girl is one creepy rumor where students will try to notice her until they decided to ignore her, as if she didn’t exist in the first place.

And you know what’s scary? It might happen to Iroha Tamaki if her classmates didn’t notice or even make friends with her. 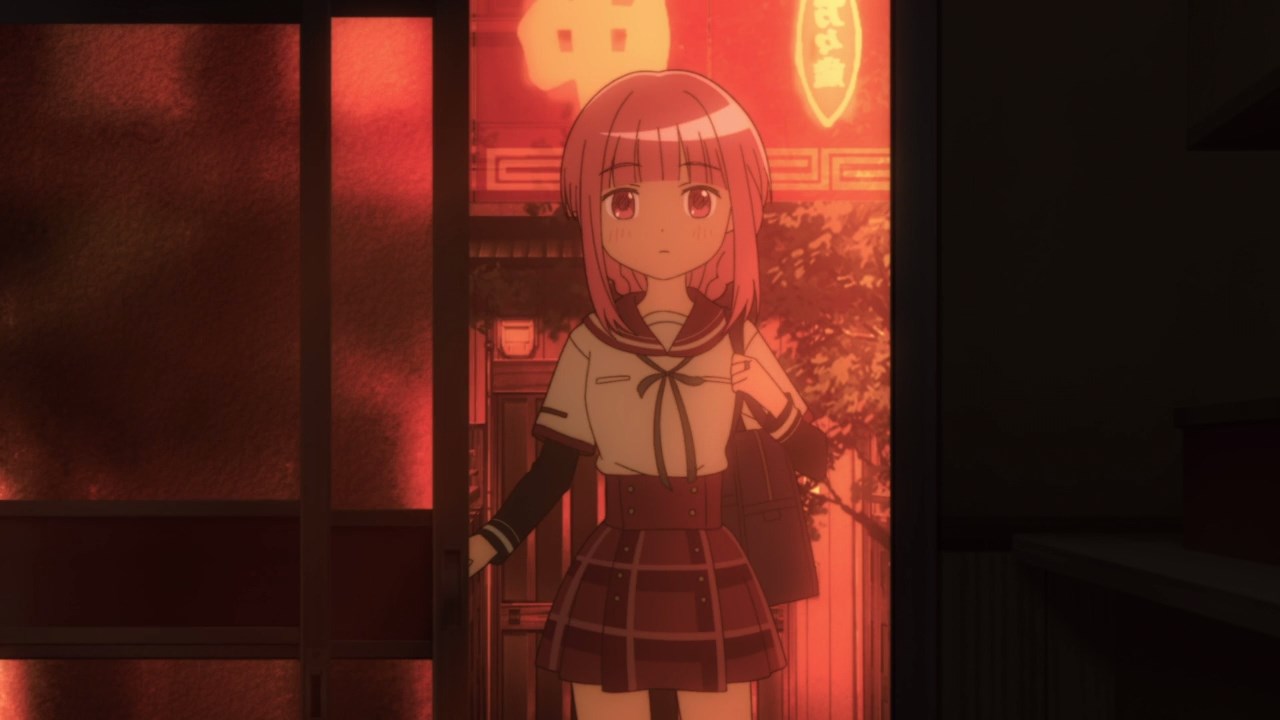 Now then, let’s move onto the next scene where Iroha Tamaki went to Ramen Banbanzai to meet up with Tsuruno Yui. 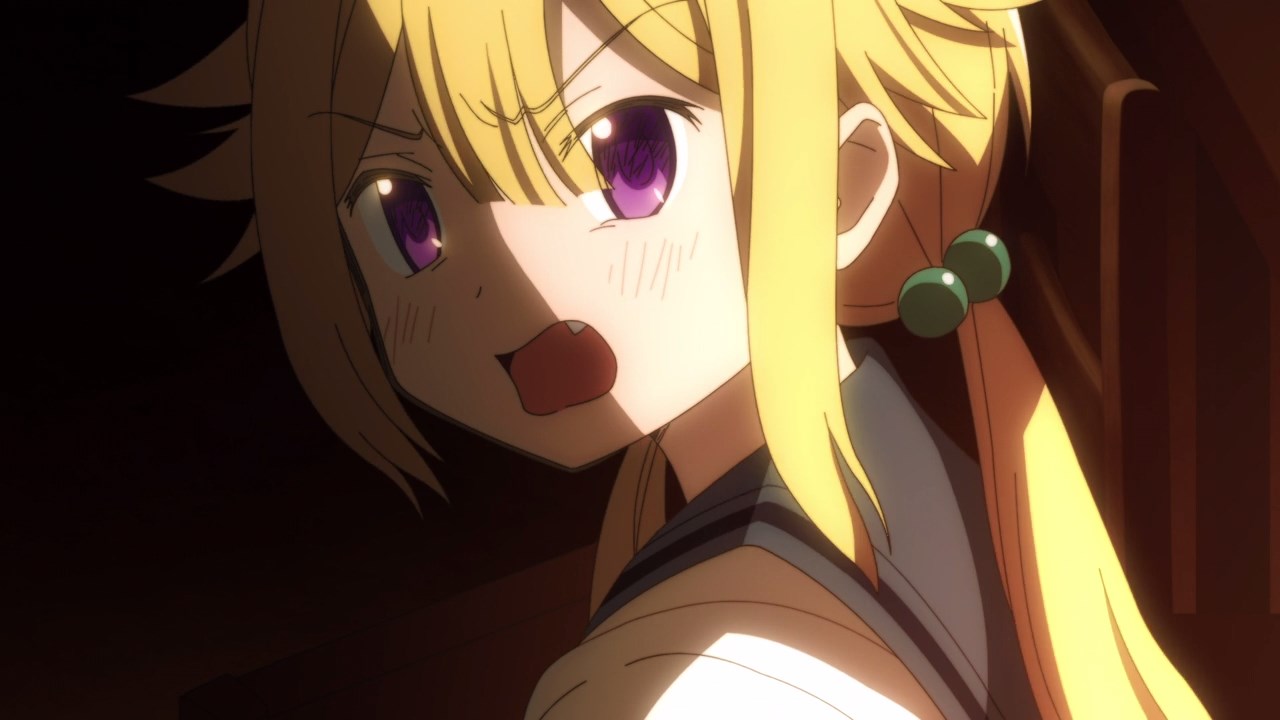 However, she end up meeting with Felicia Mitsuki instead where she’s freakin’ pissed! 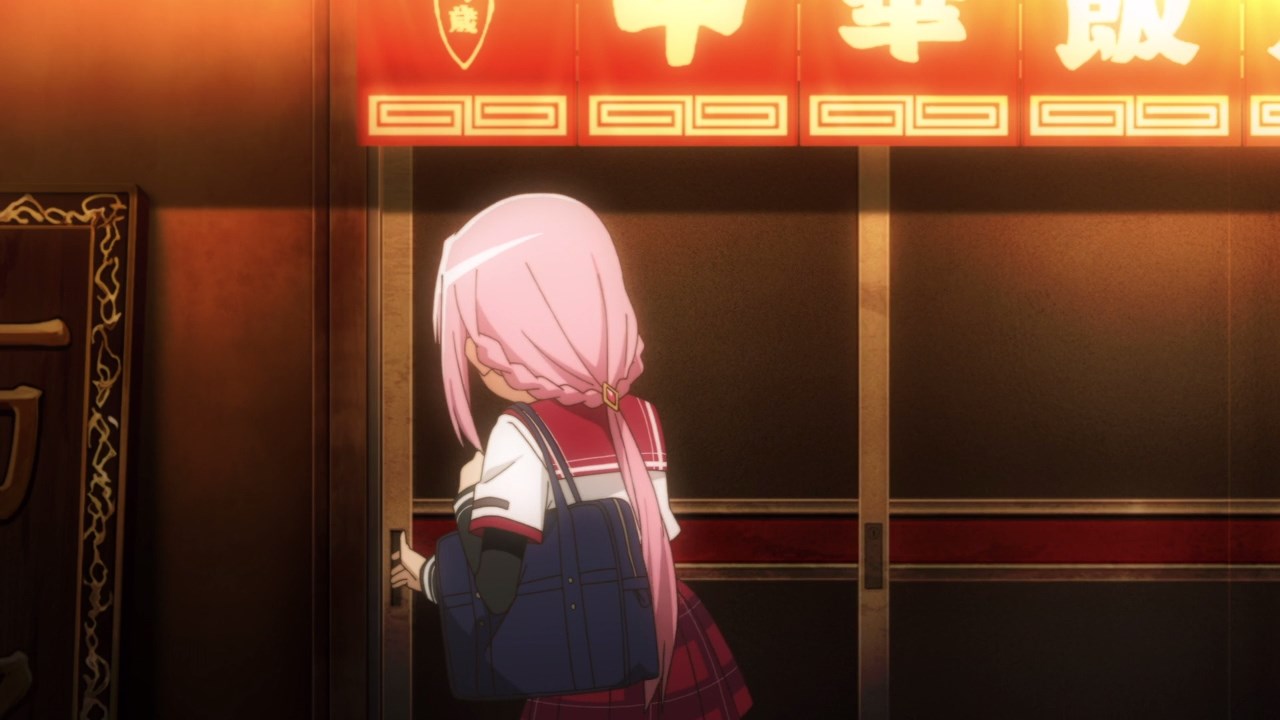 Well then, looks like Iroha went to the wrong restaurant as she closed the door and went home. So much for meeting up with Tsuruno Yui. 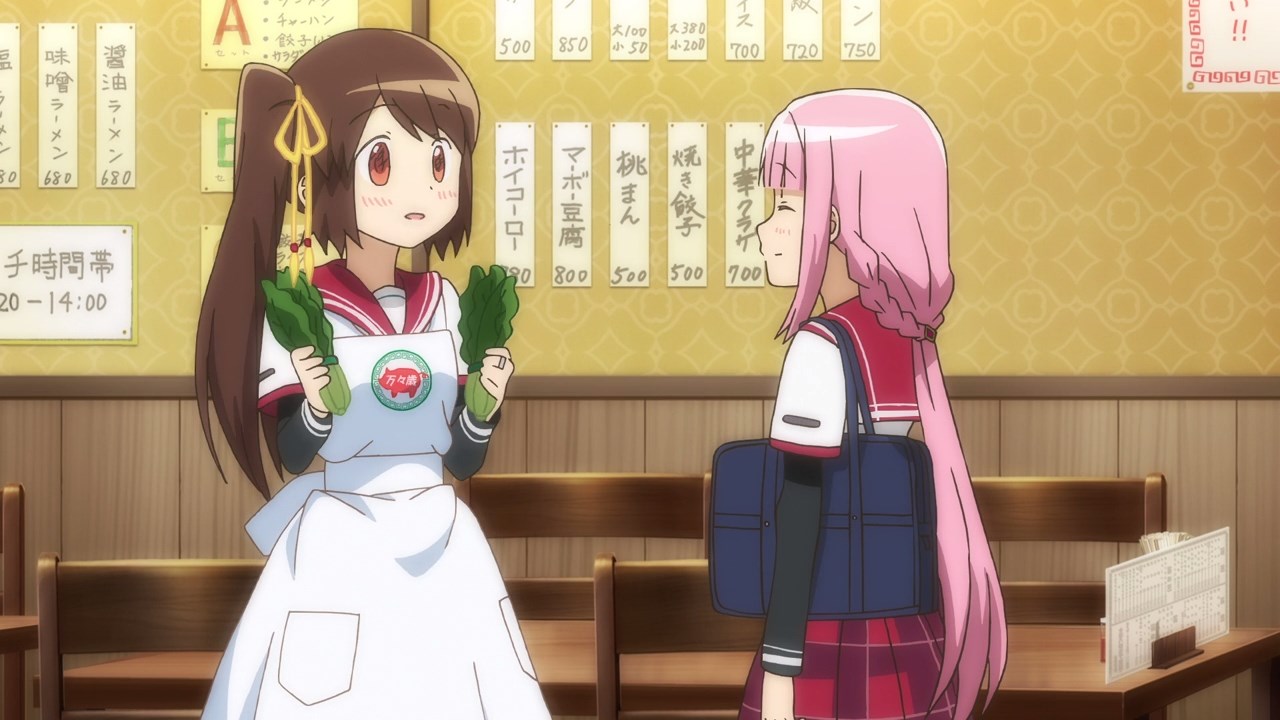 Well actually, Tsuruno did show up where she explained to Iroha that Felicia is now working at Ramen Banbanzai as she’s no longer a mercenary.

Thanks for clearing up Tsuruno, but I doubt that Felicia will attract customers. More importantly, there’s another rumor that happened in Kamihama City. 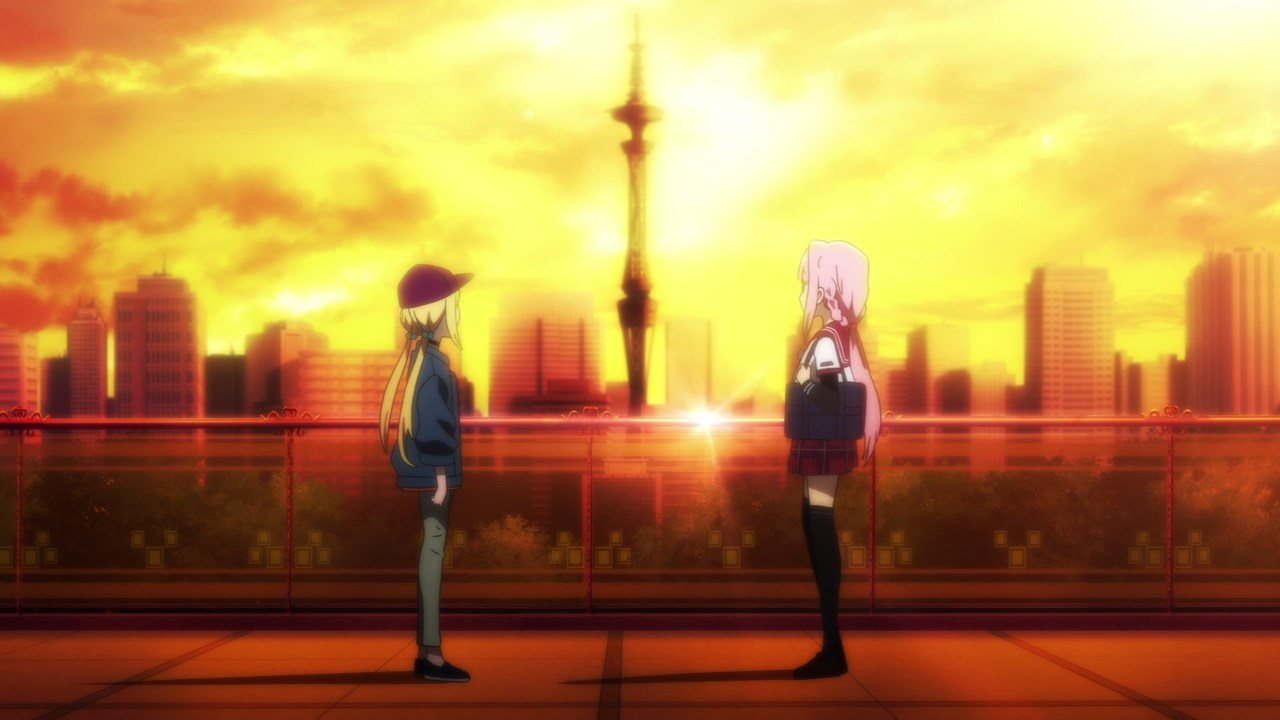 For you see, there’s a tower in Chuo Ward where it broadcasts an eerie voice who I’d like to call as the Electric Wave Girl.

Of course, you must stand near the tower to hear the girl’s voice, but the problem is the location of the broadcast tower itself. 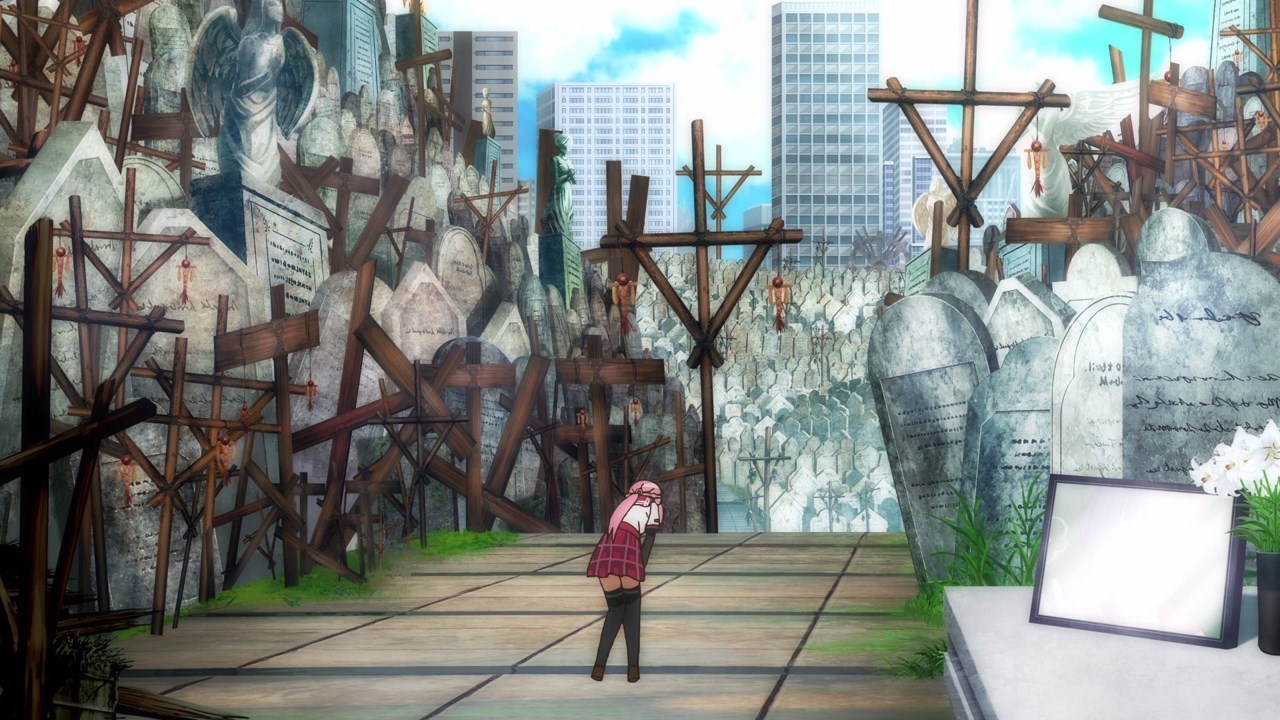 Fortunately, the location of the tower has been found but it turns out that it was built at a cemetery.

Gotta say that it’s very unsettling to have a broadcast tower being built at a cemetery that it reminds me of Lavender Town from Pokemon Red and Blue. 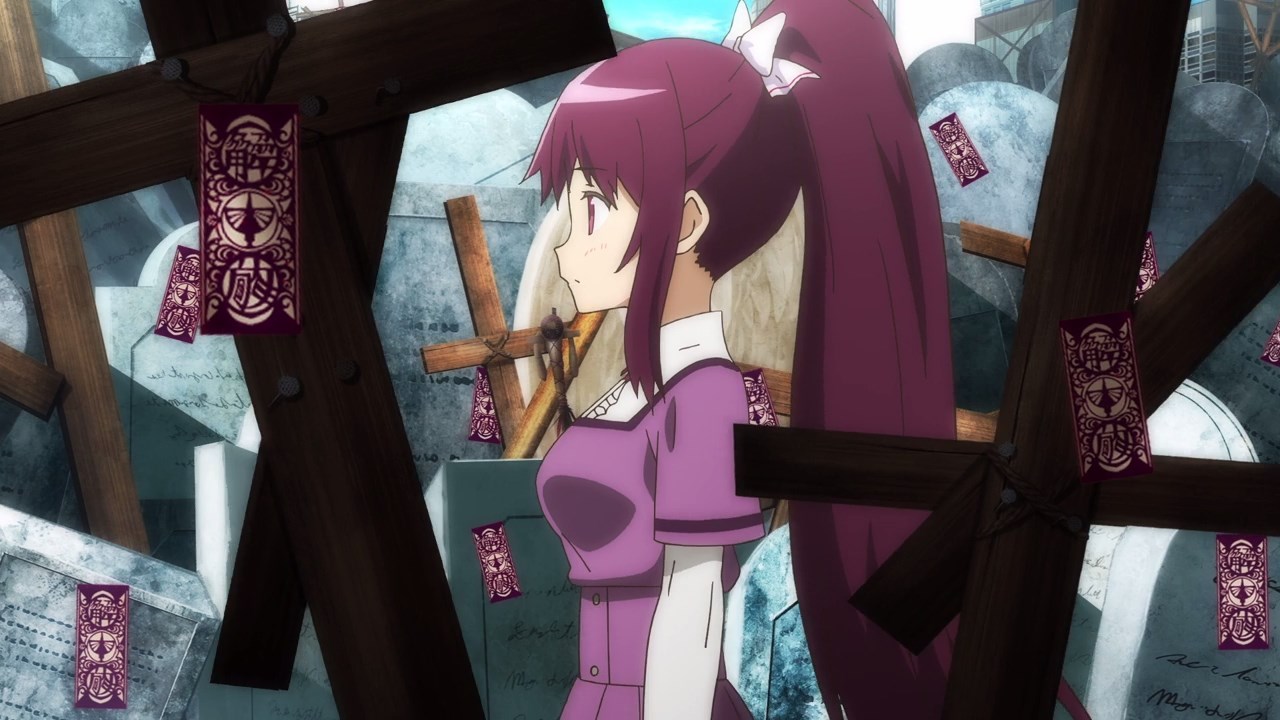 On the other hand, looks like Iroha encountered one of the Amane sisters who are about to enter the tower, although it’s a bad idea to venture it on her own. 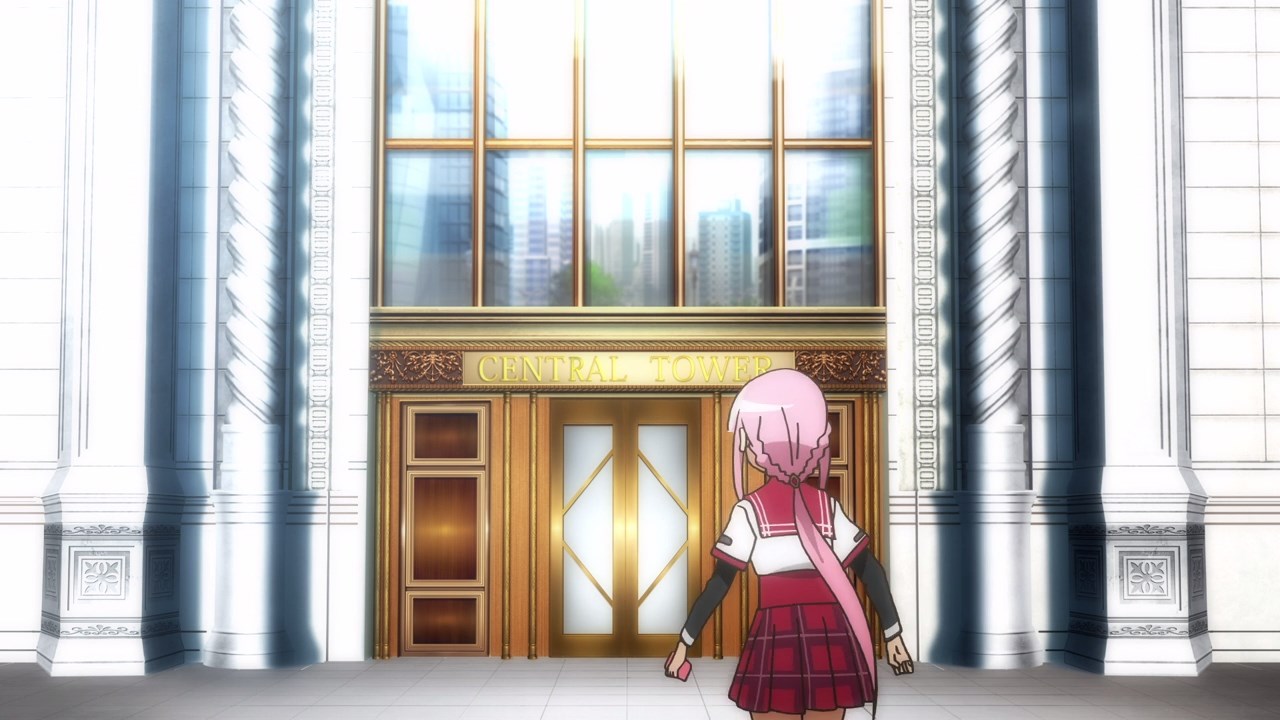 Still, Iroha Tamaki went in anyway ’cause she can’t miss her important target from The Wings of Magius. 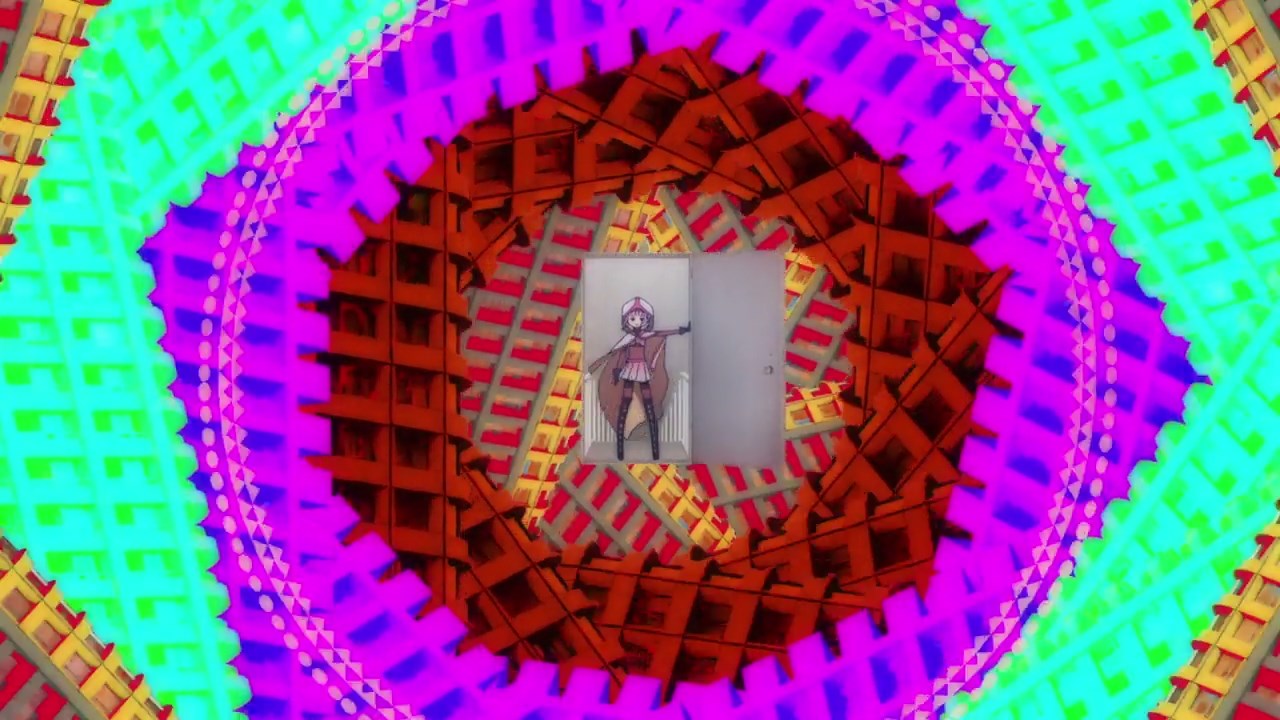 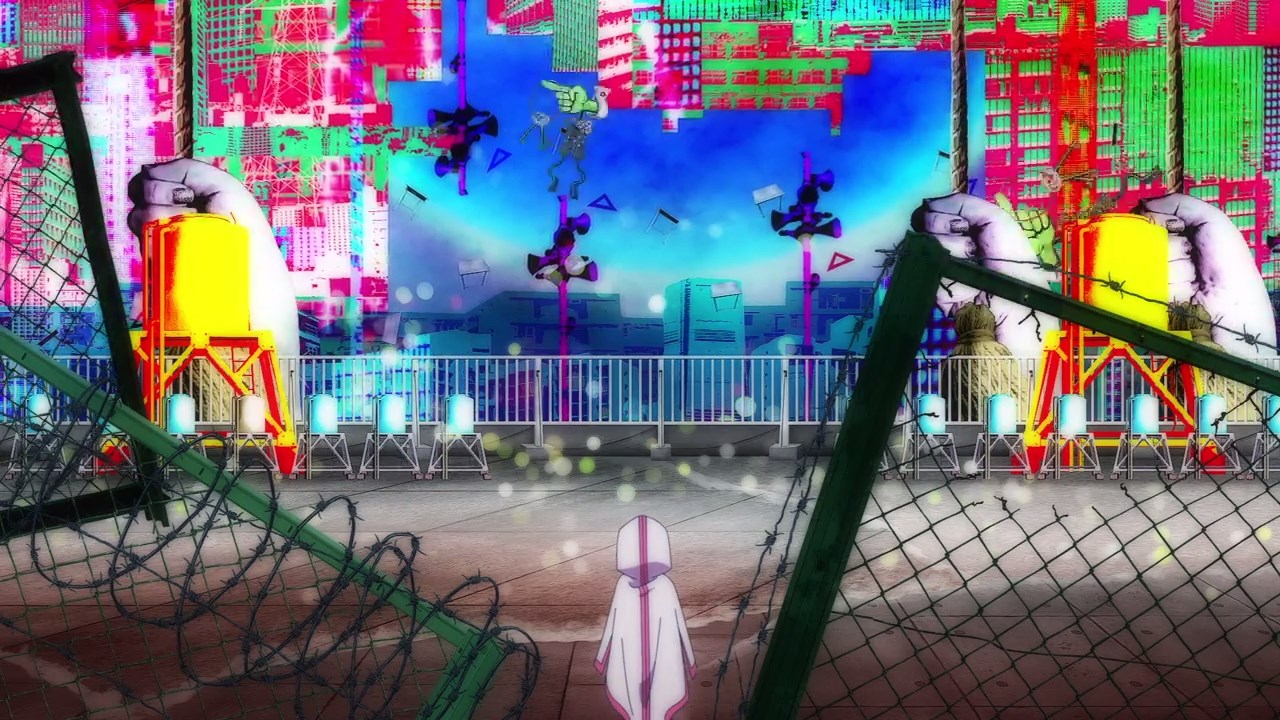 But upon entering the tower, Iroha Tamaki went into another dimension where I have a bad feeling that a witch might attack her. 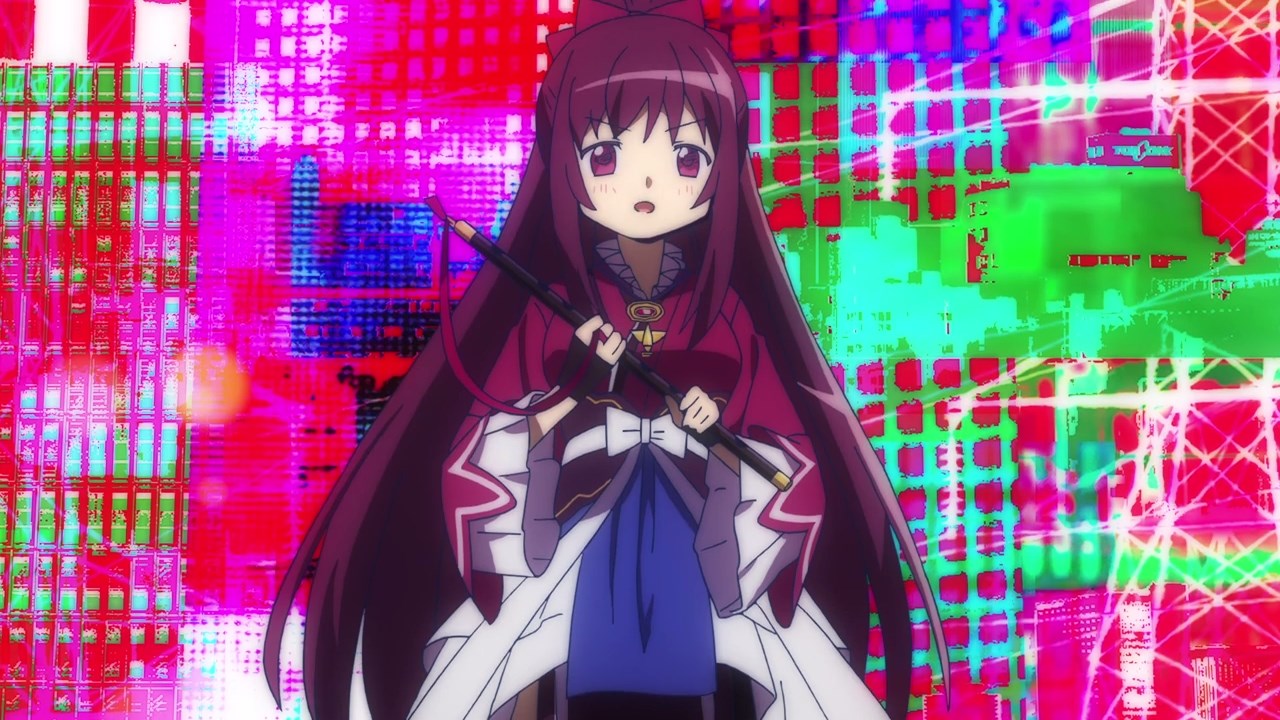 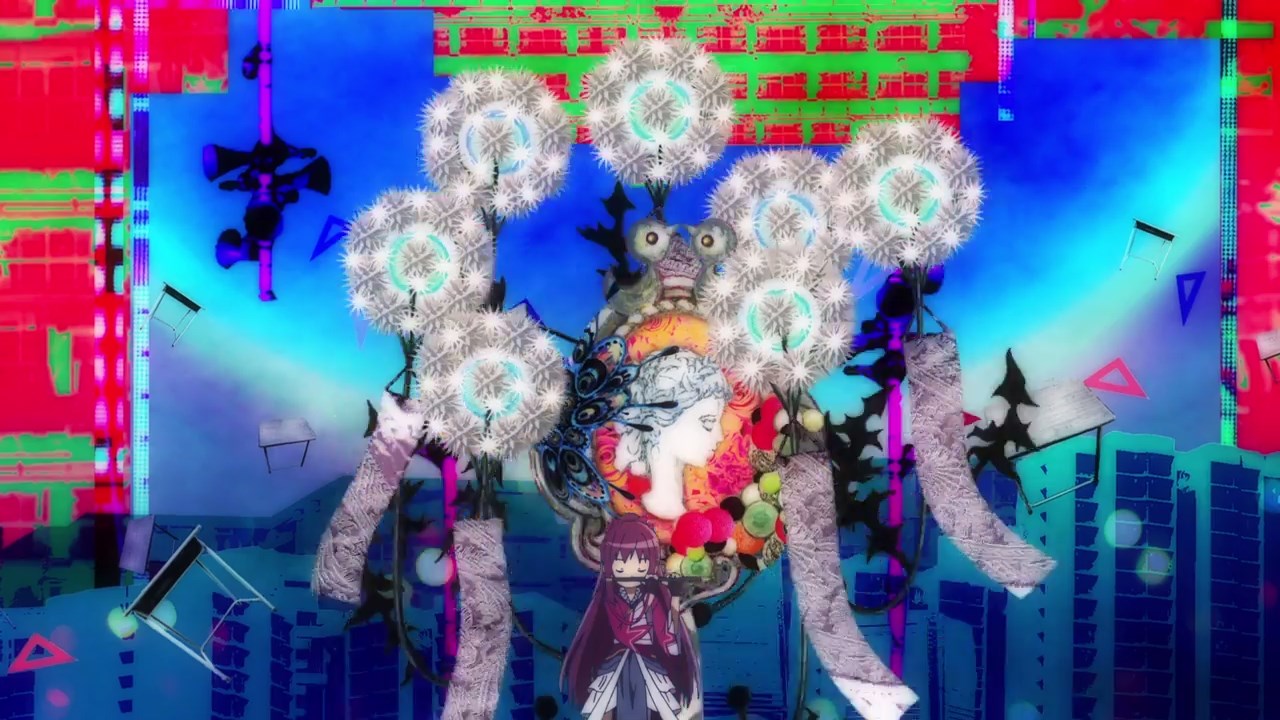 In any case, Tsukuyo summons a witch to destroy Iroha so that the tower’s location will remain a secret. 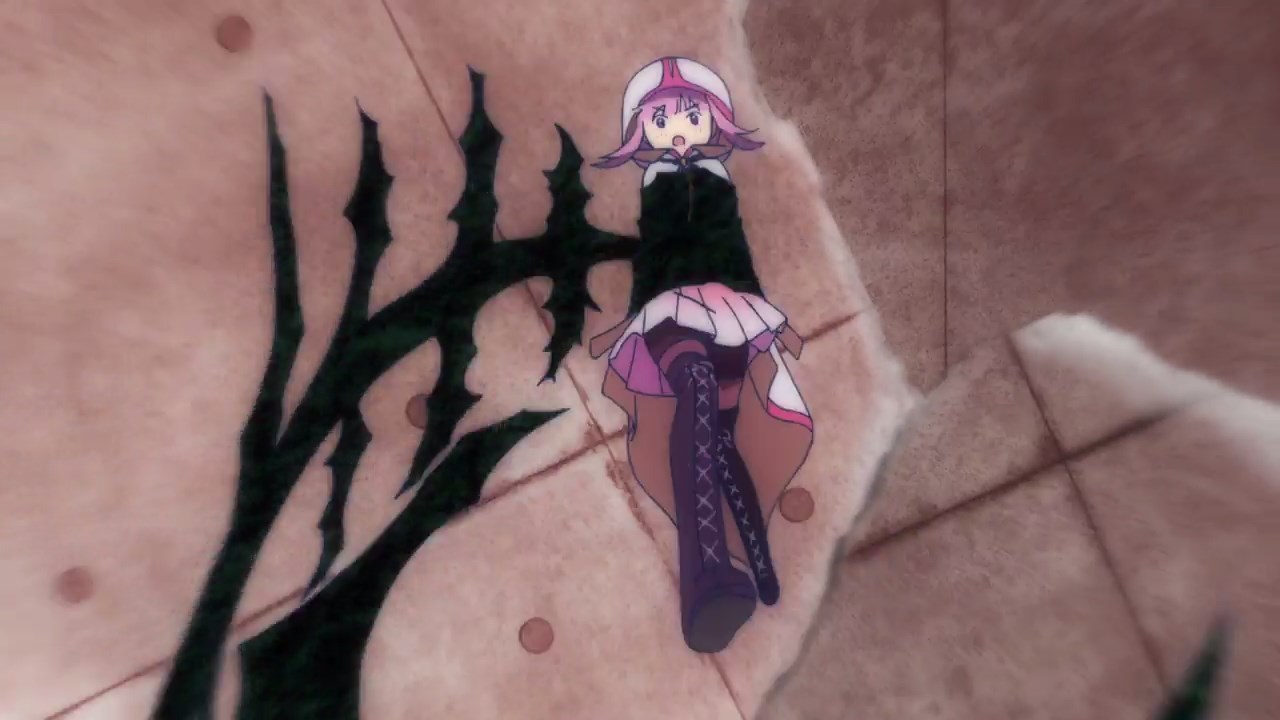 Obviously, Iroha Tamaki is in danger of being killed by a witch unless she becomes one to defend herself. 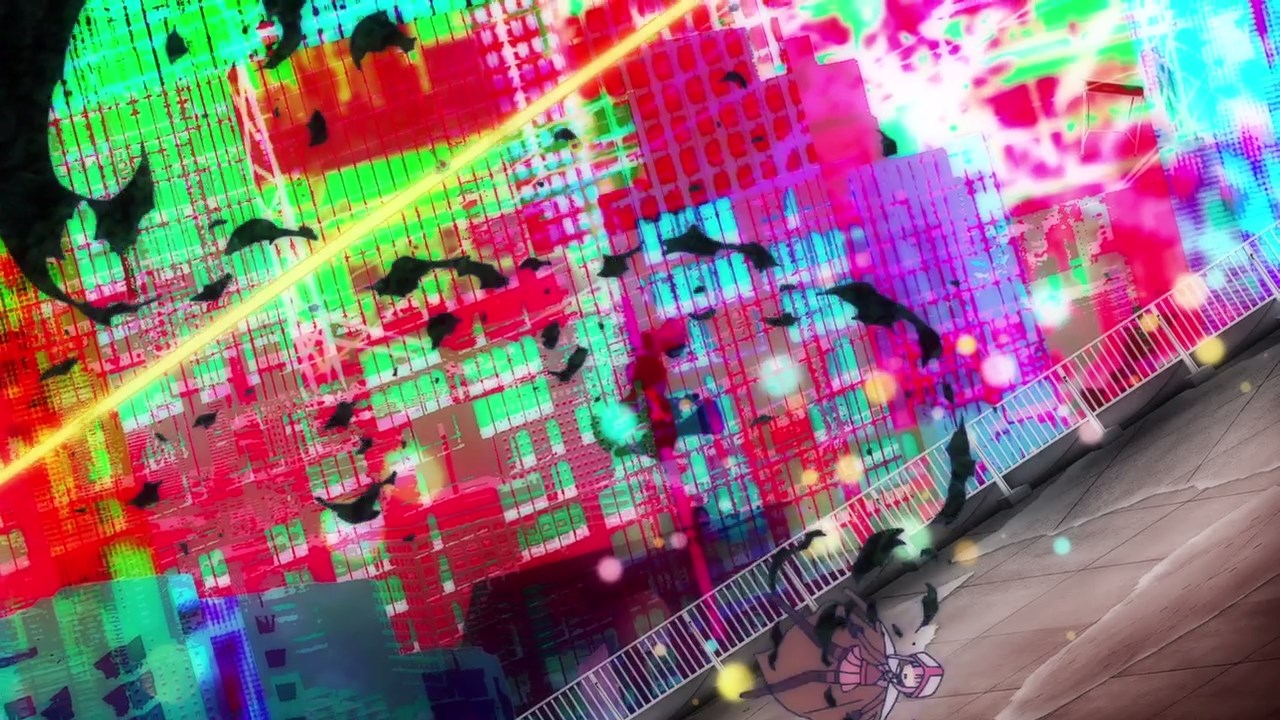 Fortunately, Iroha doesn’t need to transform into a witch as she was saved by someone. 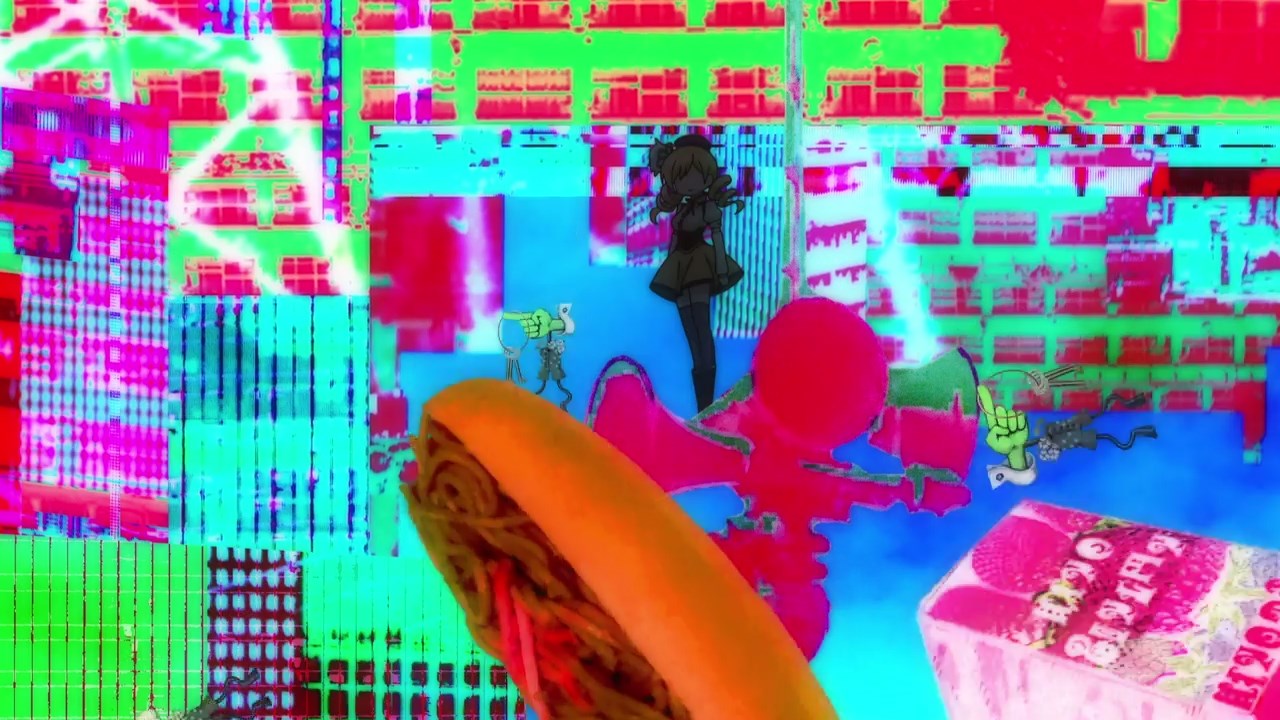 Someone like Mami Tomoe. Wait, what is she doing here and how did Mami got inside the tower? Still, it’s a good thing that Mami came to the rescue. 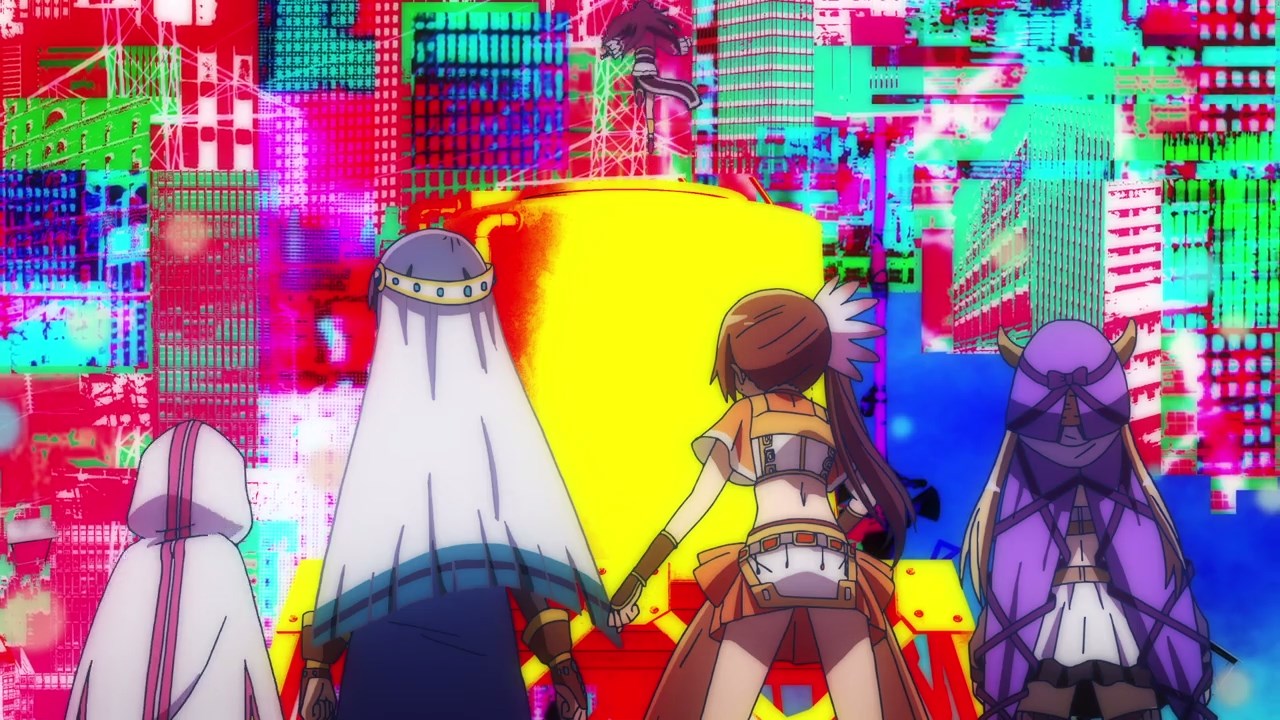 On the other hand, Iroha’s friends have arrived but this prompted Tsukuyo to flee as she doesn’t want to deal with magical girls. 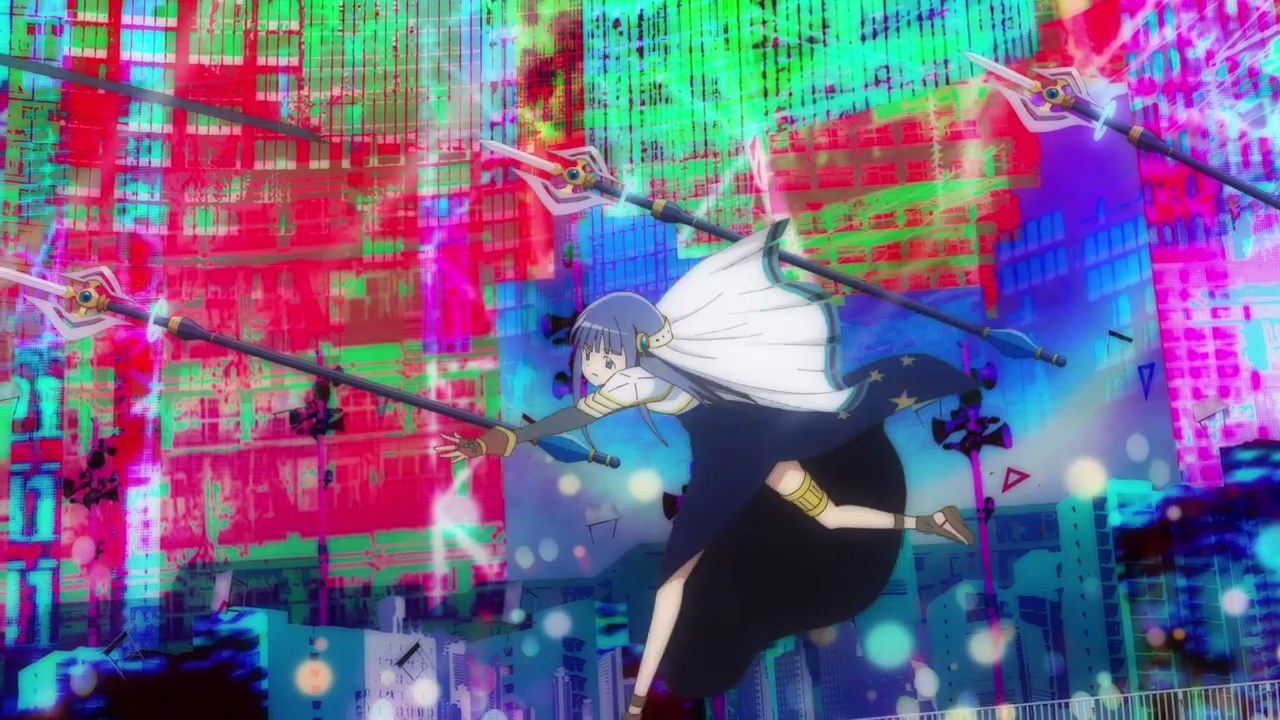 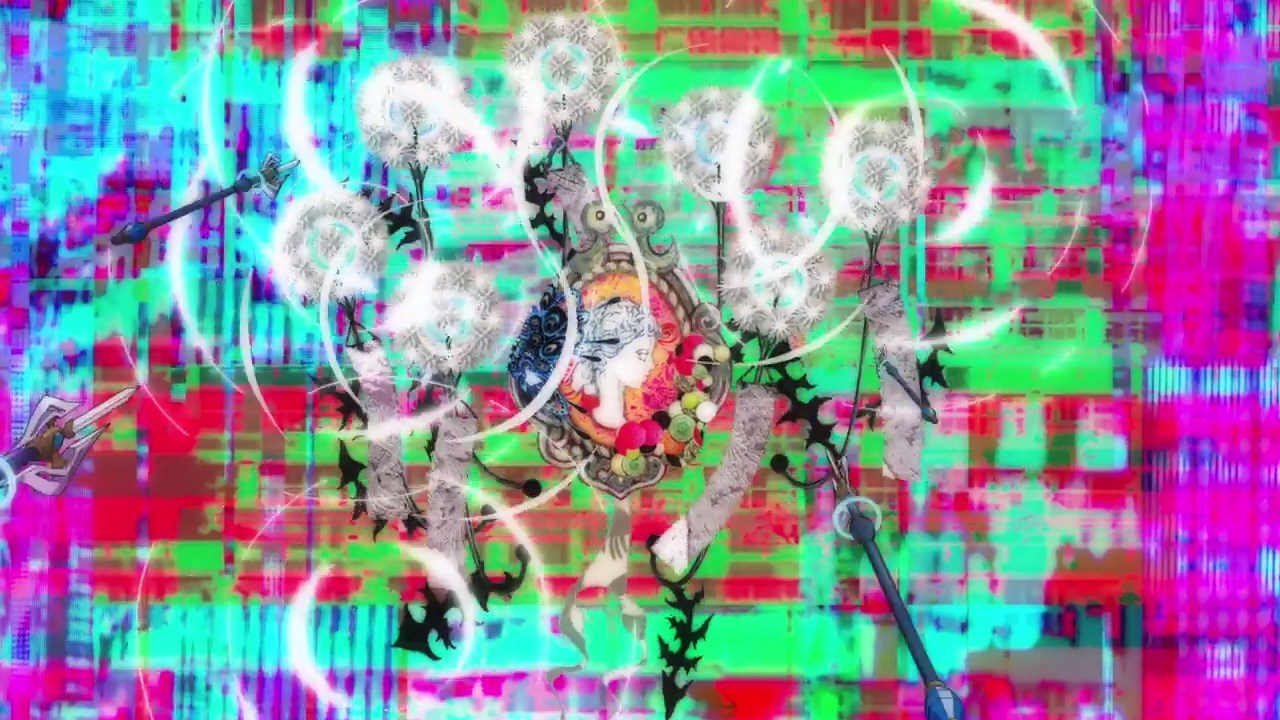 But for now, it’s time to destroy the witch as Yachiyo Nanami takes care of it. Looks like this witch doesn’t stand a chance. 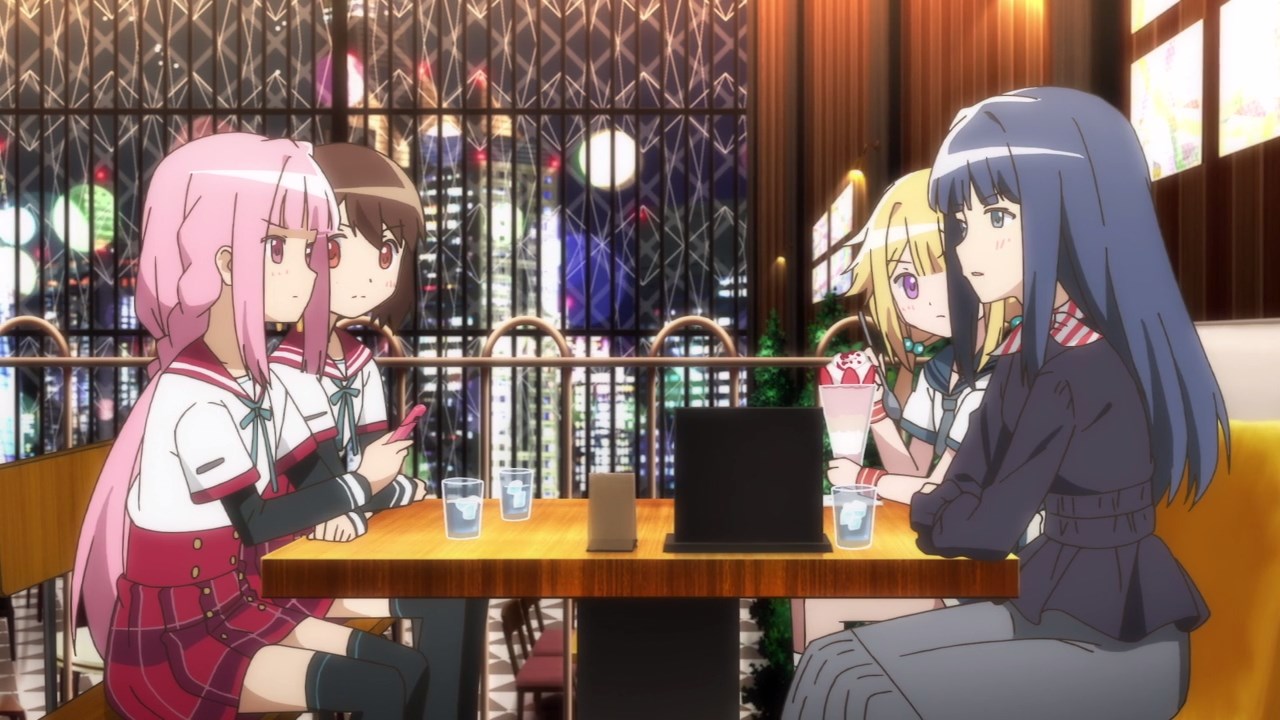 Still, they’ll return to the tower for another time to investigate the rumors surrounding it. I mean, we still don’t know what lies there. 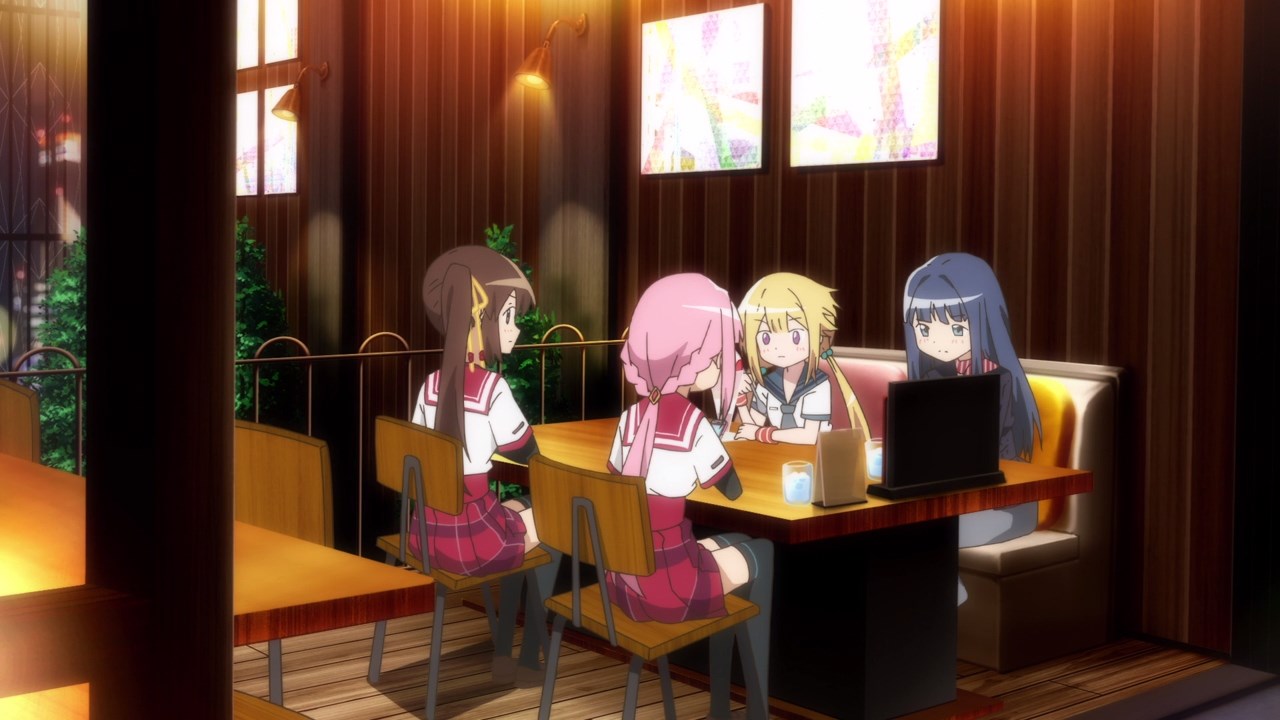 One last thing, it appears that Iroha Tamaki received some strange messages from her phone and while she consider it as spam, I think it’s the right time to answer those messages as it might link to those rumors. 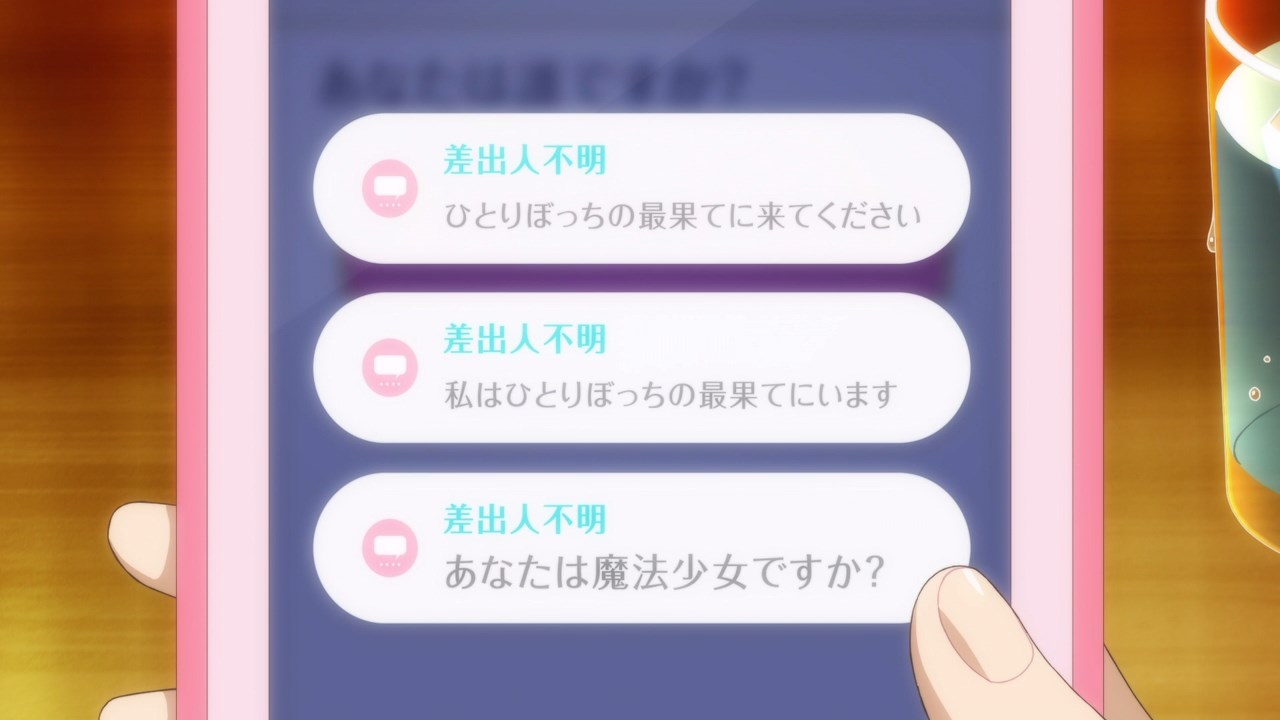 In any case, Iroha replied back in which the unknown sender asked her to go to the Endless Solitude. Then again, I wonder if it’s located in that broadcast tower? 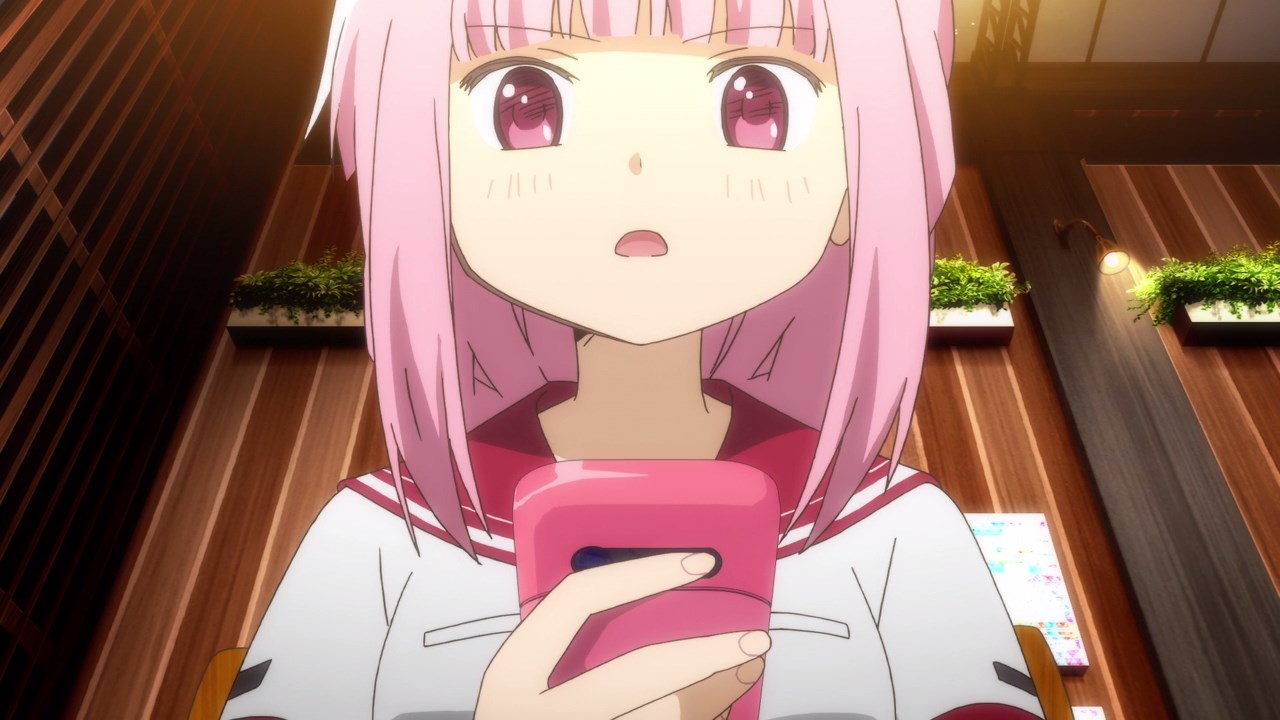 Well then, things are getting out of hand in Kamihama City with regards to the tower, as well as the rumors surrounding the Invisible Girl. Oh, and let’s not forget about the Endless Solitude too which begs the question if they’re all connected.

With that said, I’ll find the answer next time as Iroha and her friends will return to the tower once more.