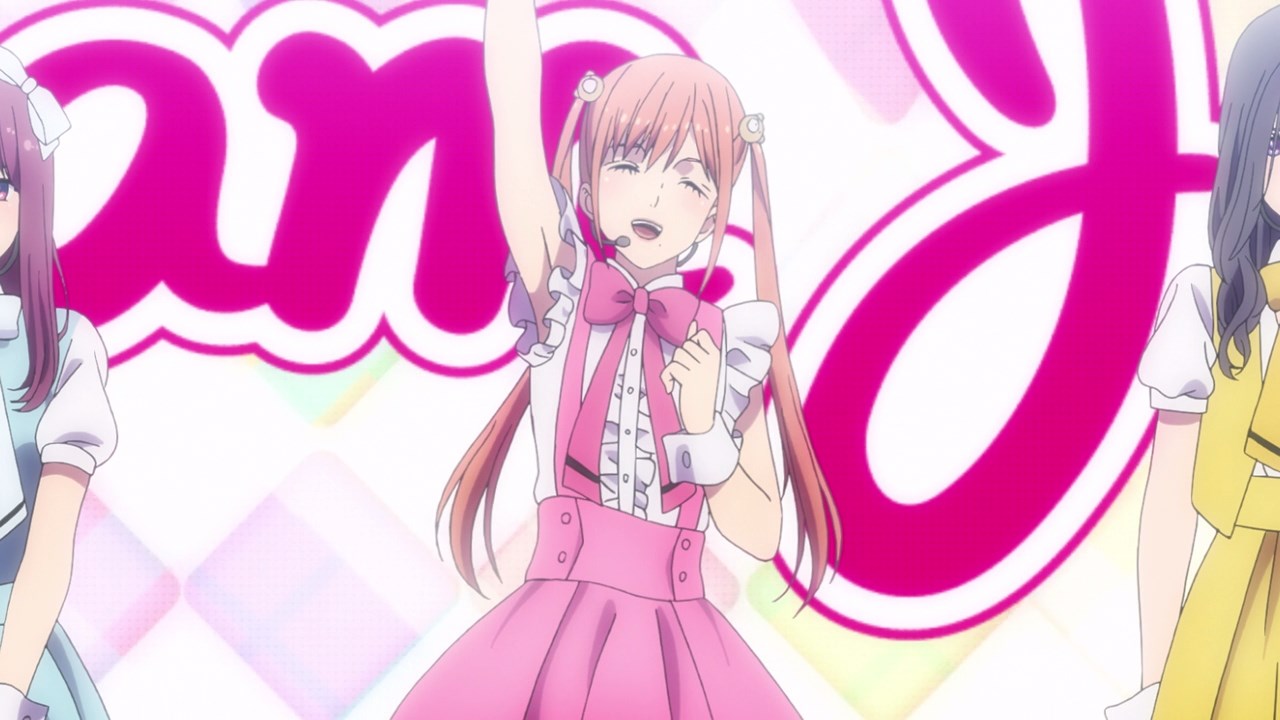 “Hey everyone, we got invited at an idol festival!” 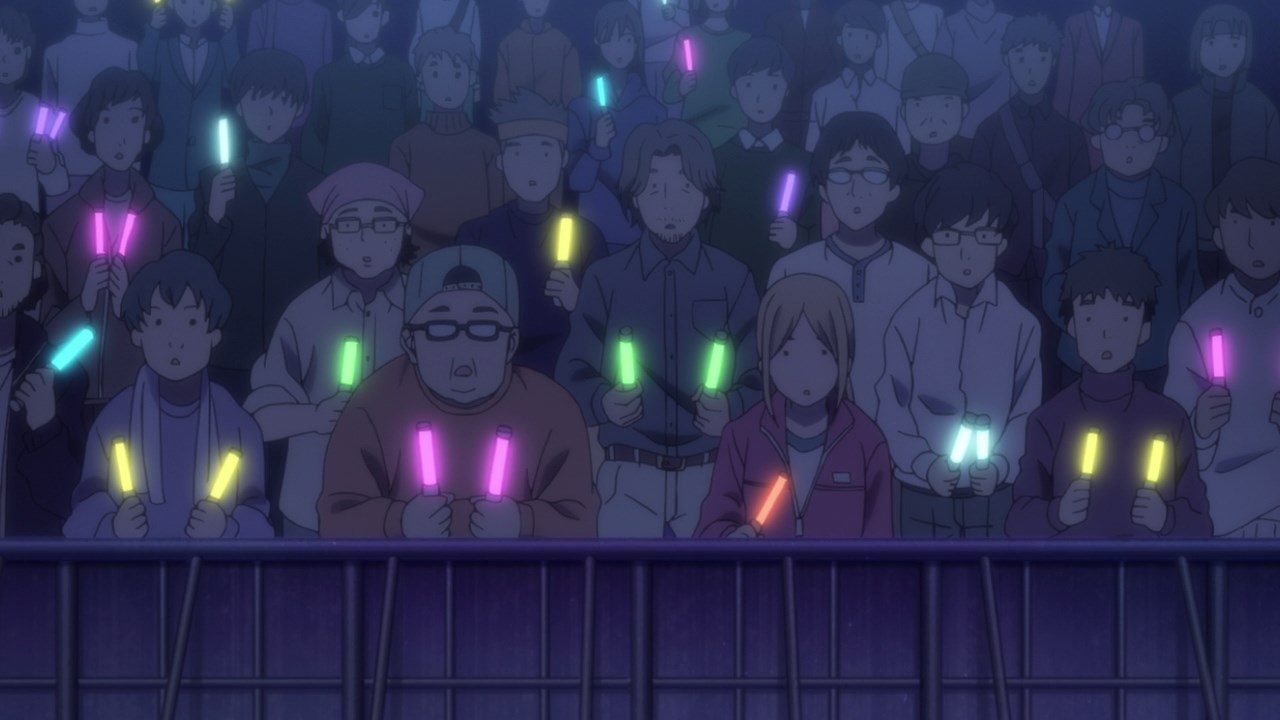 Unfortunately, everyone knows that Cham Jam will go to the 16th Setouchi Idol Festival because someone leaked the info.

Hence, they just had a blank stare, but they’re hype that their favorite idol group will make it big over there! 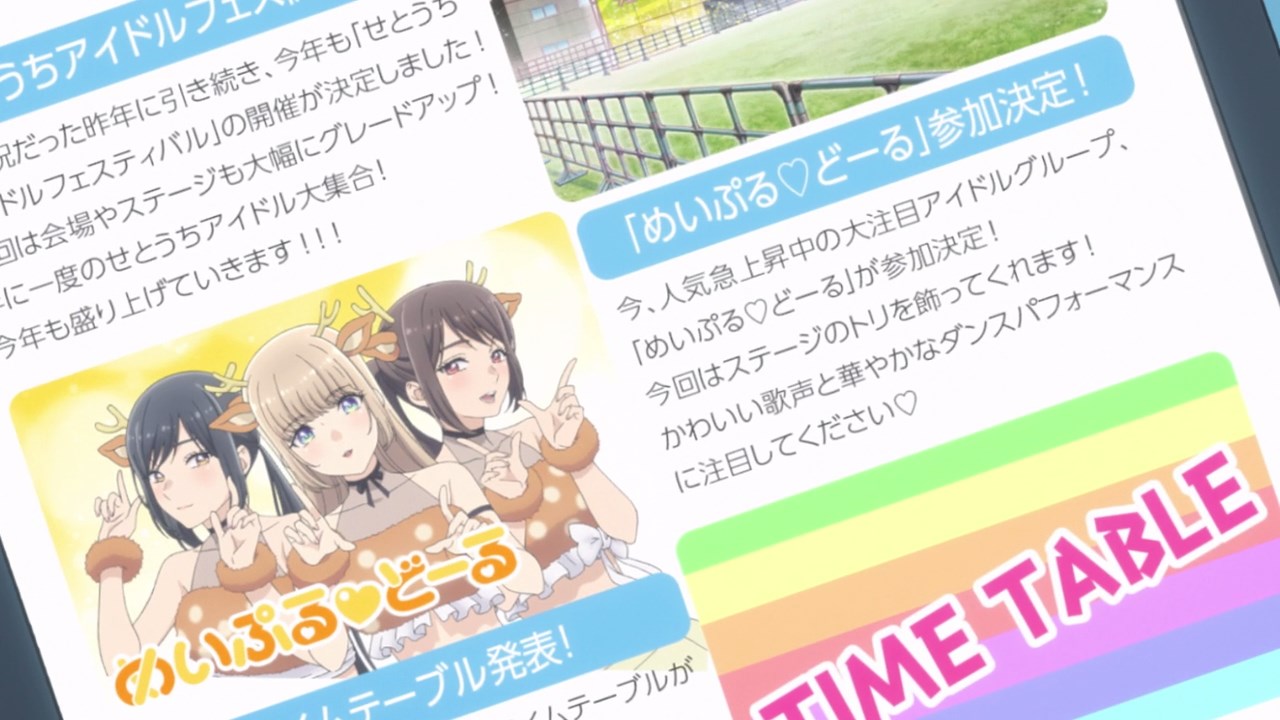 Of course, there will be some competition ahead like Maple Dolls, which are based in Hiroshima and they made it big as the idol group got a music contract from a major recording label. 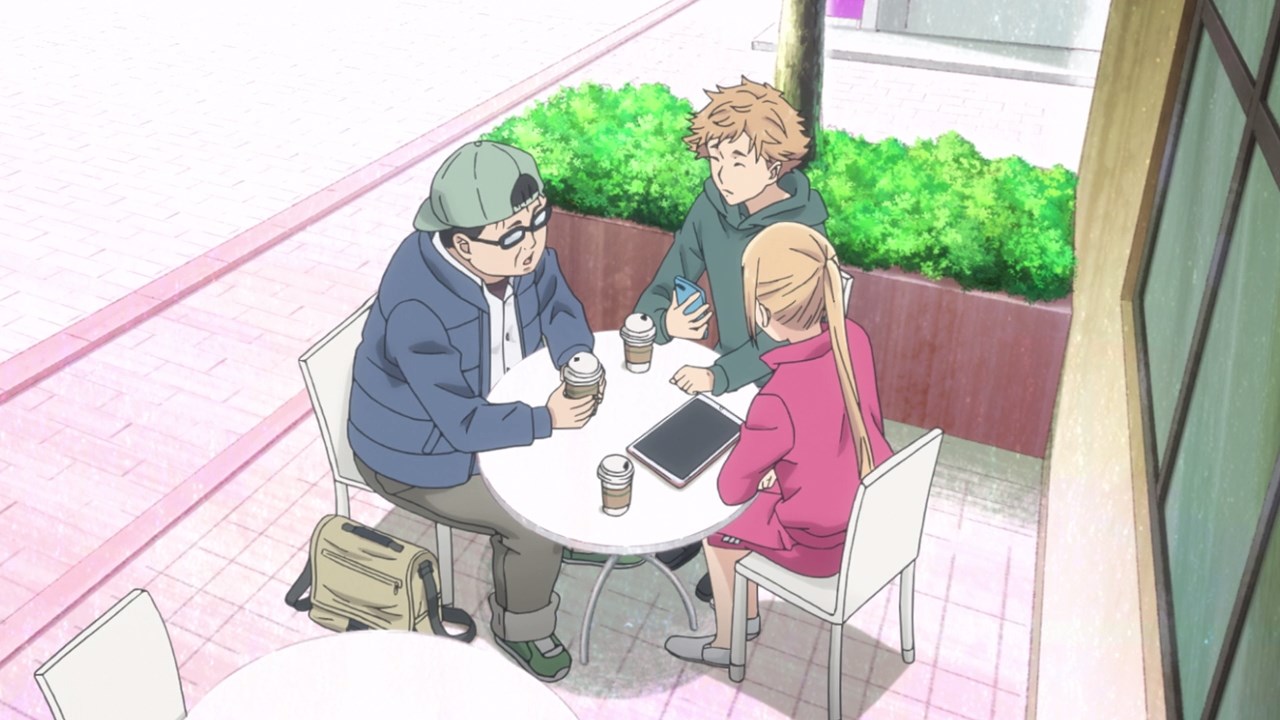 Oh and here’s the thing about Maple Dolls is that one of the members came from the now-defunct group Melty.

As Kumasa explains to both Motoi and Eripiyo, the leader of Maple Dolls named Mei is also the leader of Melty. Yeah, Reo will have a hard time reuniting with one of her old mates. 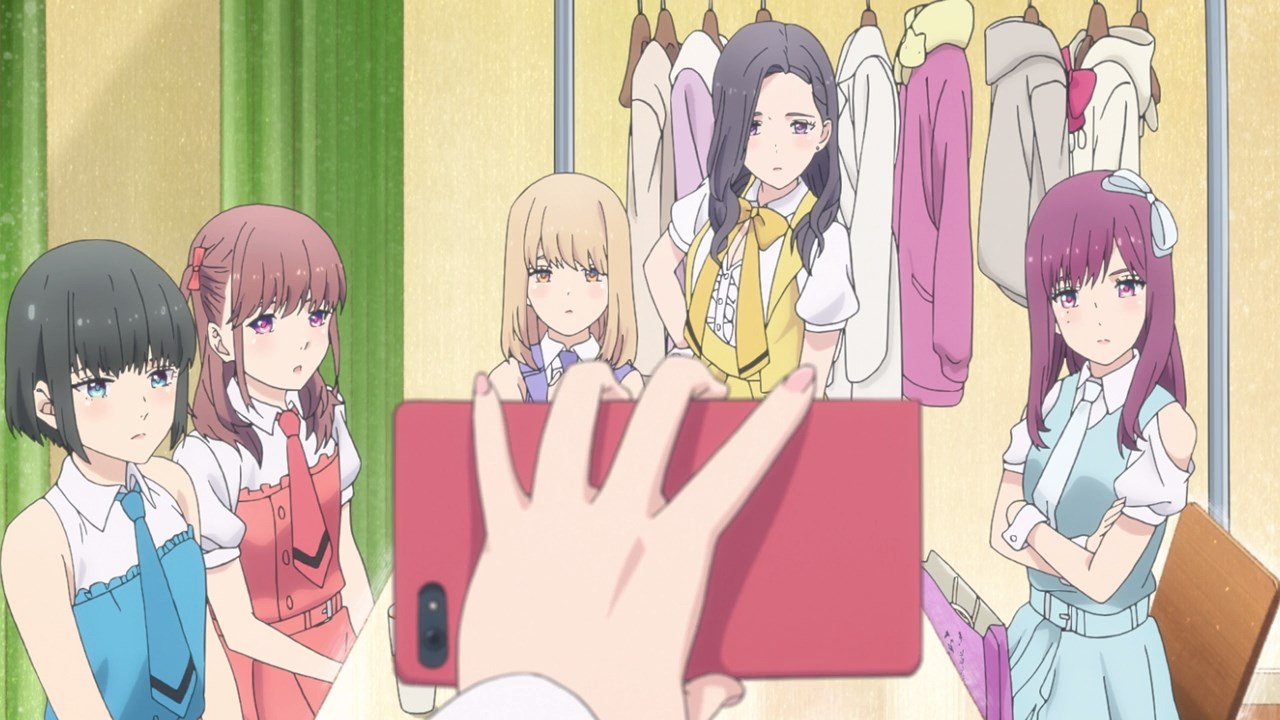 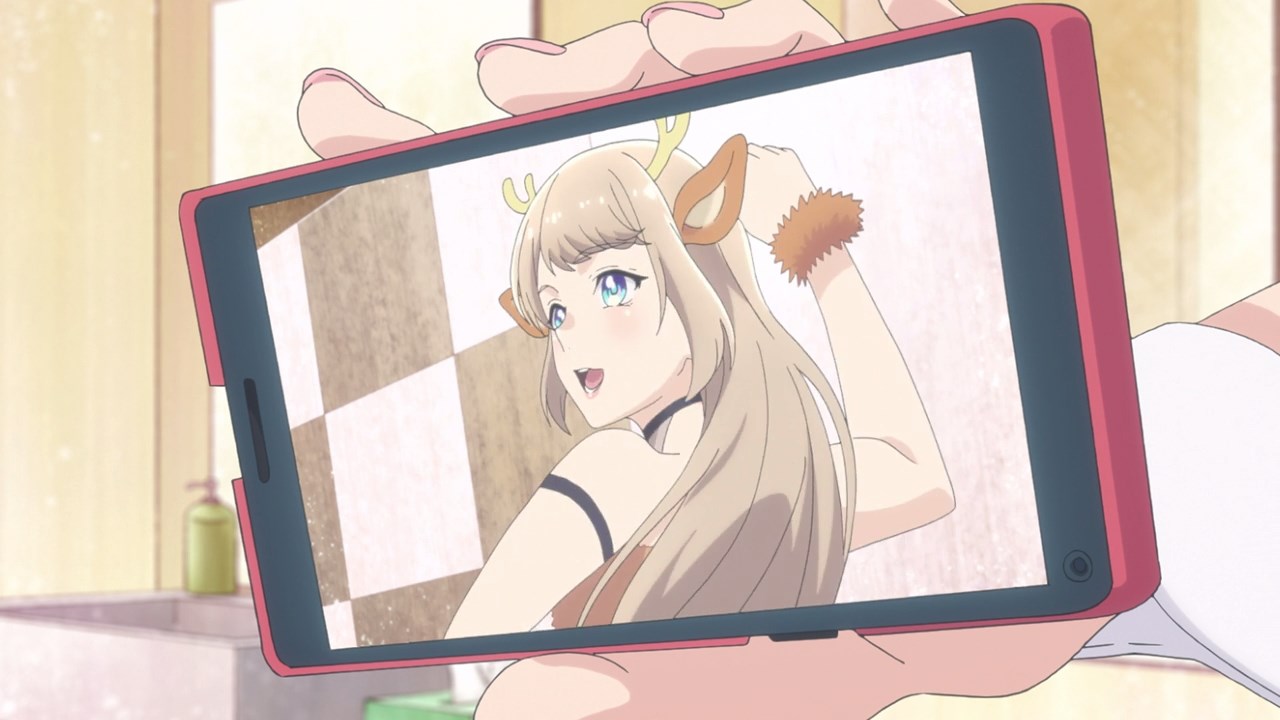 And it’s gonna be harder for Cham Jam to perform at the idol festival because Maple Dolls is better and more-recognized than any other local idol groups. 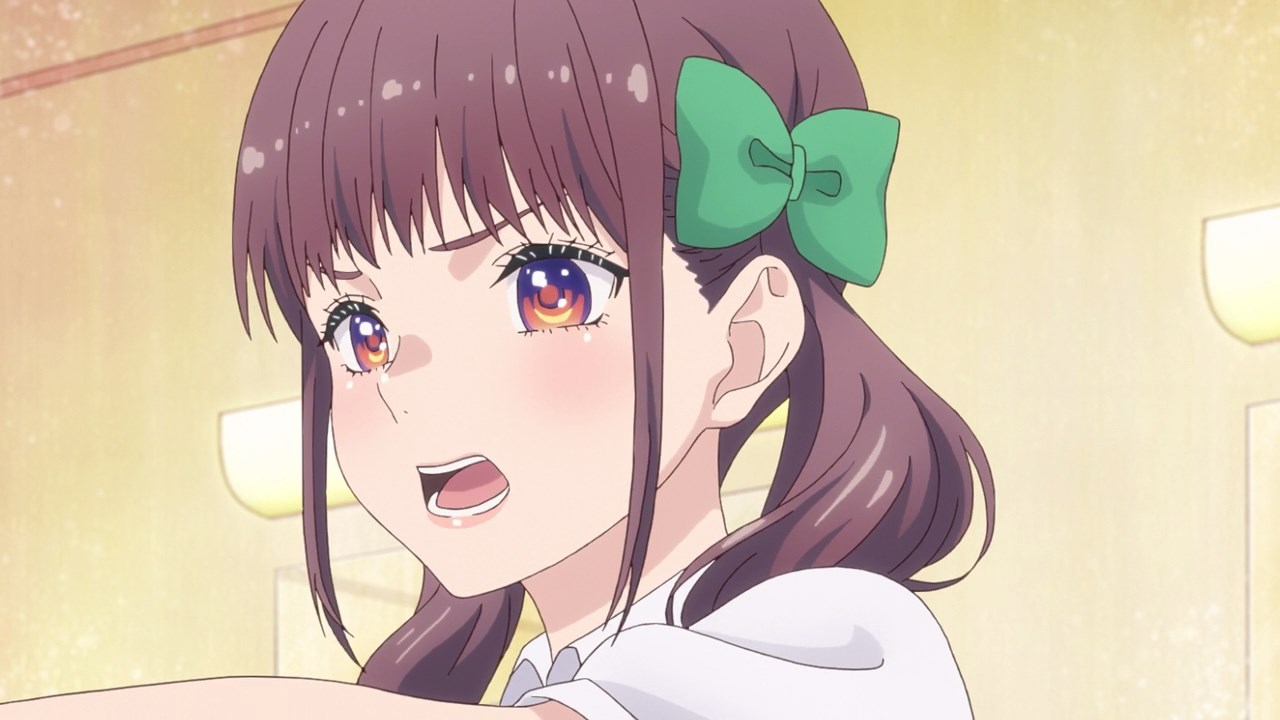 Heck, even Aya Yokota told the rest of Cham Jam that they need to work hard if they want to perform at the same level as Maple Dolls. Yeah, she’s mad as hell! 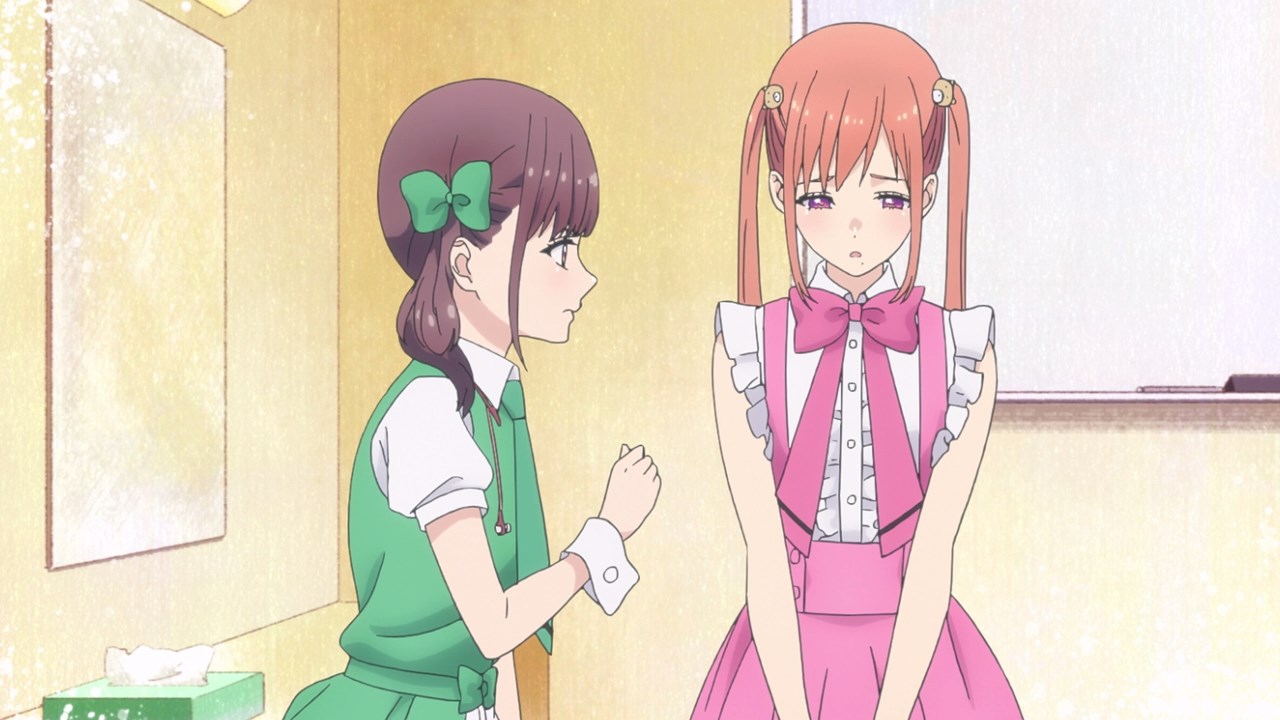 Speaking of Reo Igarashi, she felt sorry about showing Maple Dolls’ performance to the rest of Cham Jam. Heck, Reo is shocked that she’ll be competing against her former group-mate.

But you know what, I think Cham Jam will do it fine if they work their ass off! 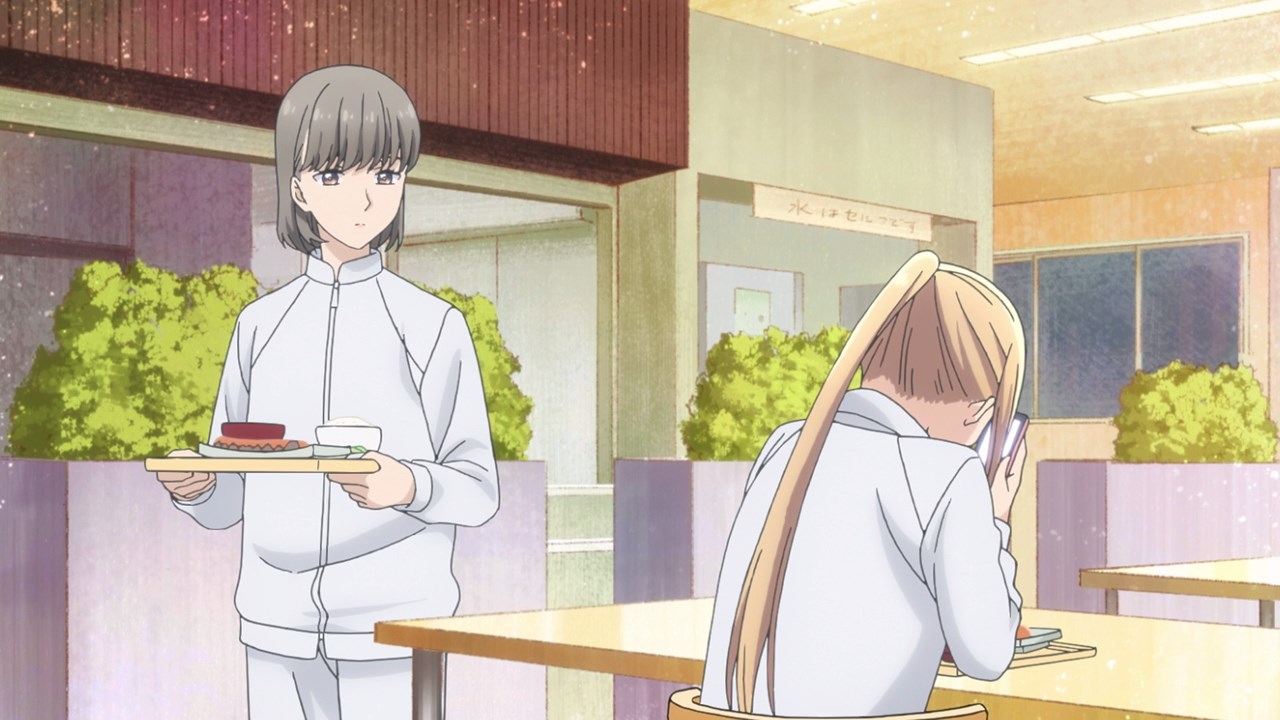 Meanwhile, here’s Eripiyo where she’s grinning at her phone regarding Maina. This prompted one of her co-workers named Miyu who asked Eri if she has someone she love. 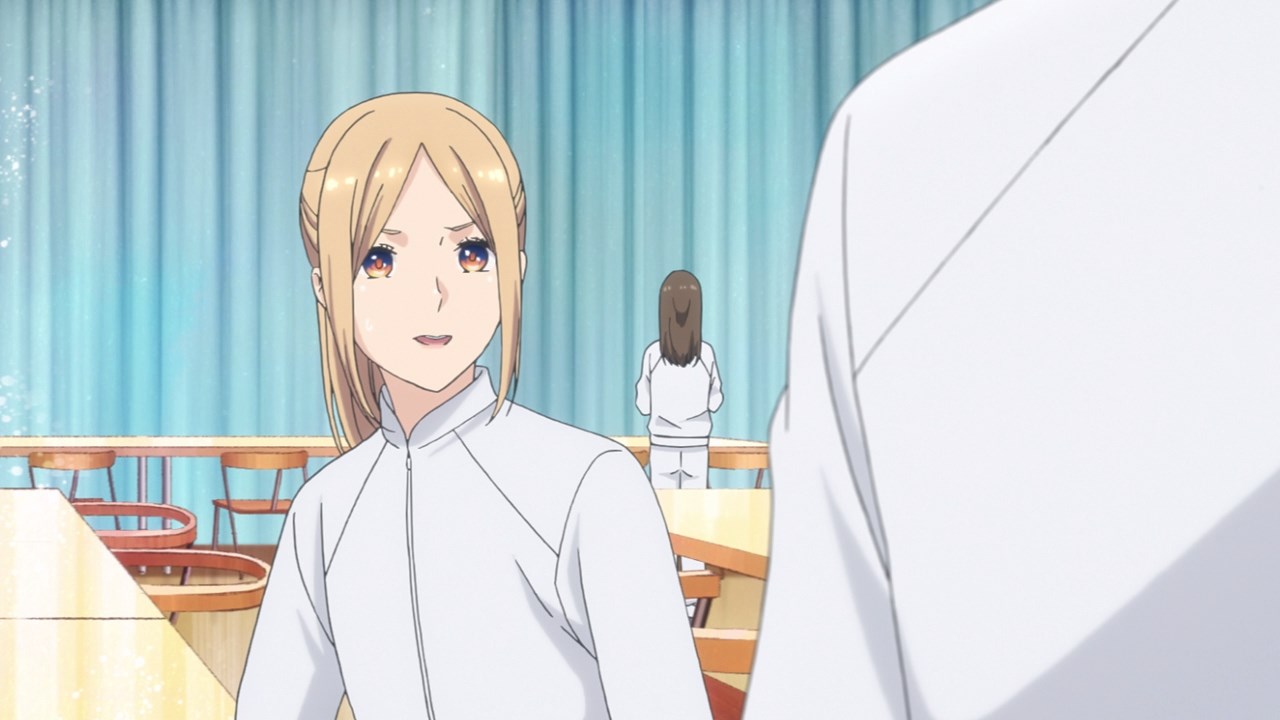 However, Eripiyo dodge the question as she asked Miyu to come to her house for something important. Lemme guess, Cham Jam right? 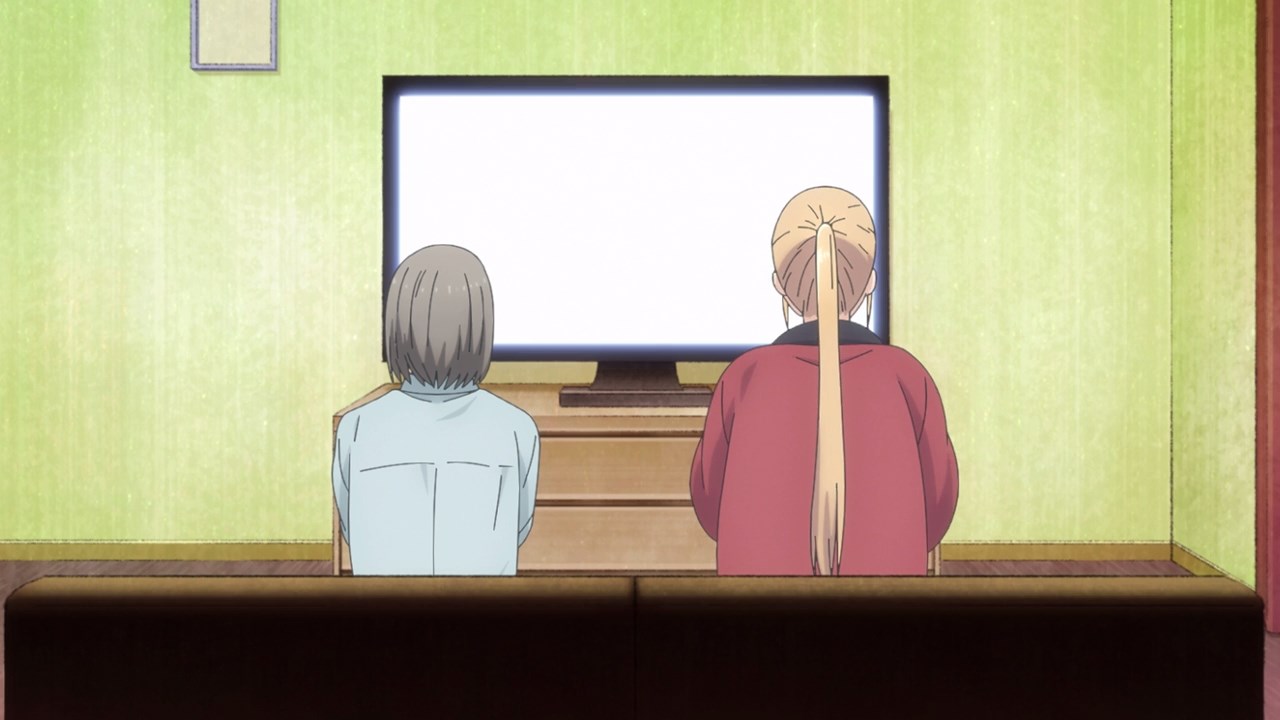 In any case, Eripiyo turned on the television as she watch the Setouchi Idol Festival primer together with Miyu.

Um Eri, I think you should watch it by yourself so why would you invite someone just to watch idol? Don’t tell me that you’ll get a heart attack when you see Maina and nobody will help you? 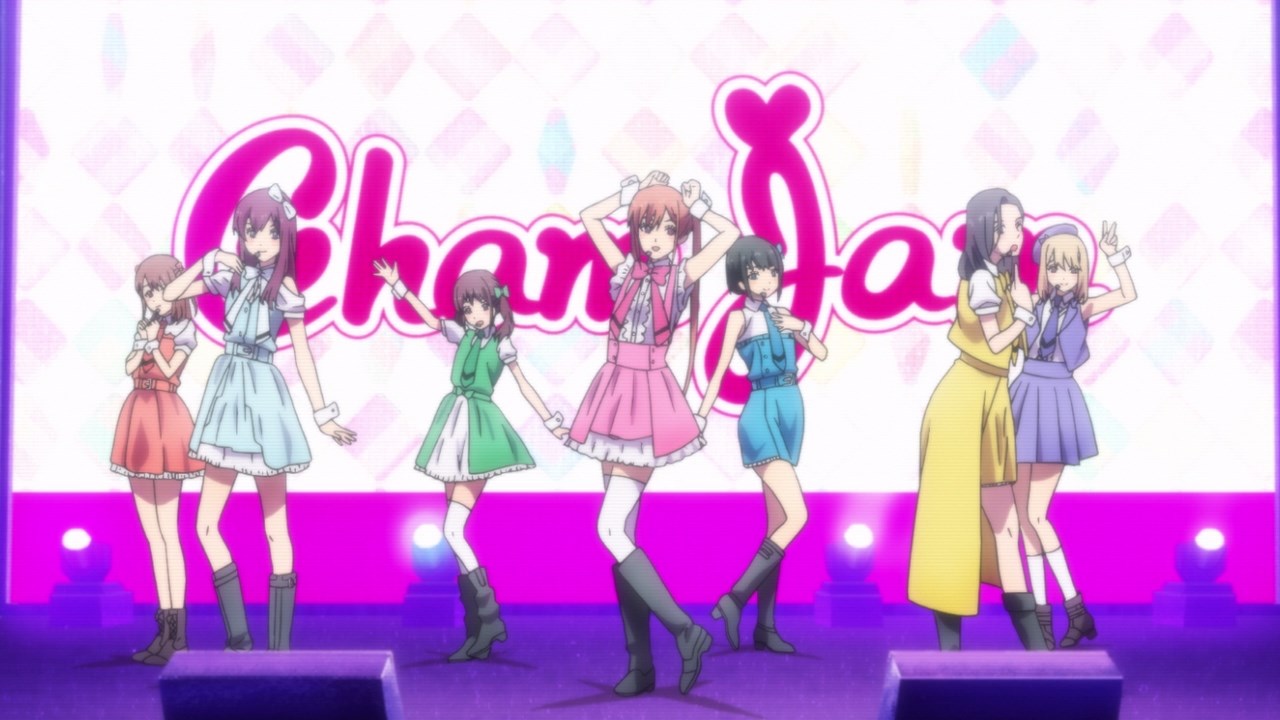 With that said, here’s Cham Jam where the idol group is now featured on TV. No actual interviews from the group though because this is just a primer. 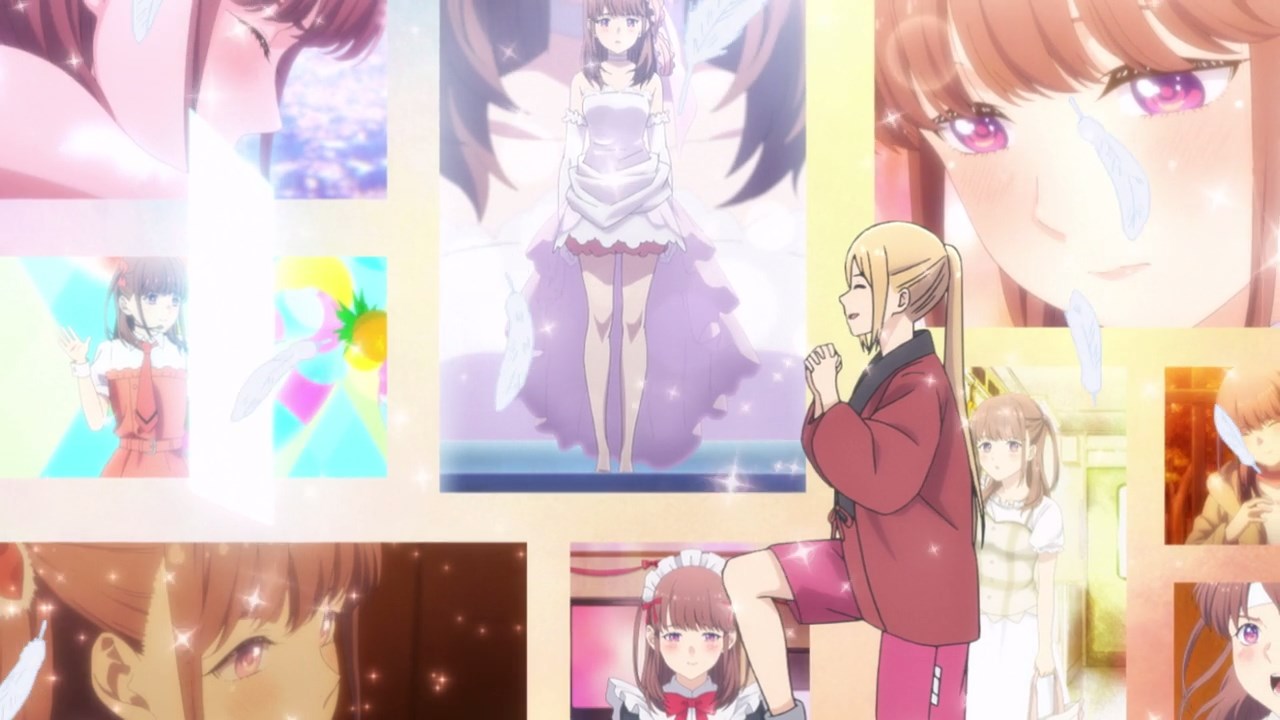 For Eripiyo, she’ll die happy that her oshi is on TV. But for Miyu however, she’s pretty much disappointed that her co-worker is an idol fan. 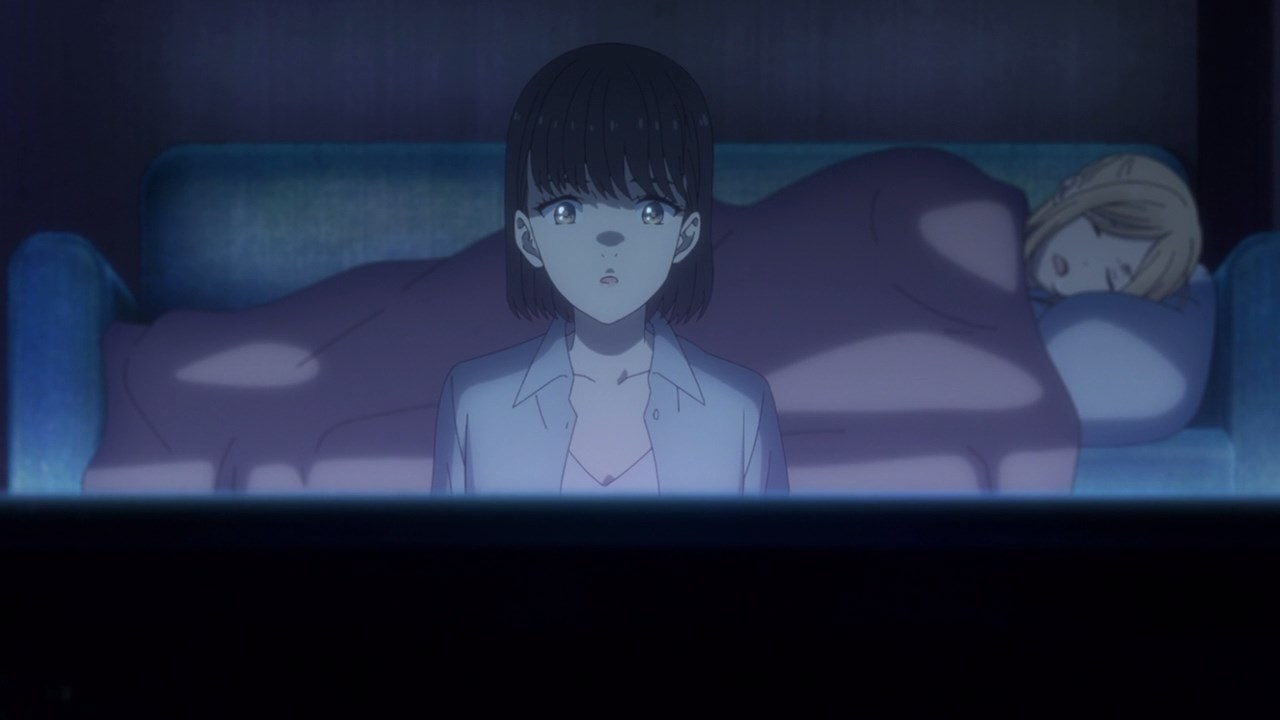 Speaking of Miyu, she didn’t go home as the train station is closed while Eripiyo is sleeping at the couch.

Since Eripiyo is out cold after watching idols, Miyu has no choice but to watch some weird late-night shows… 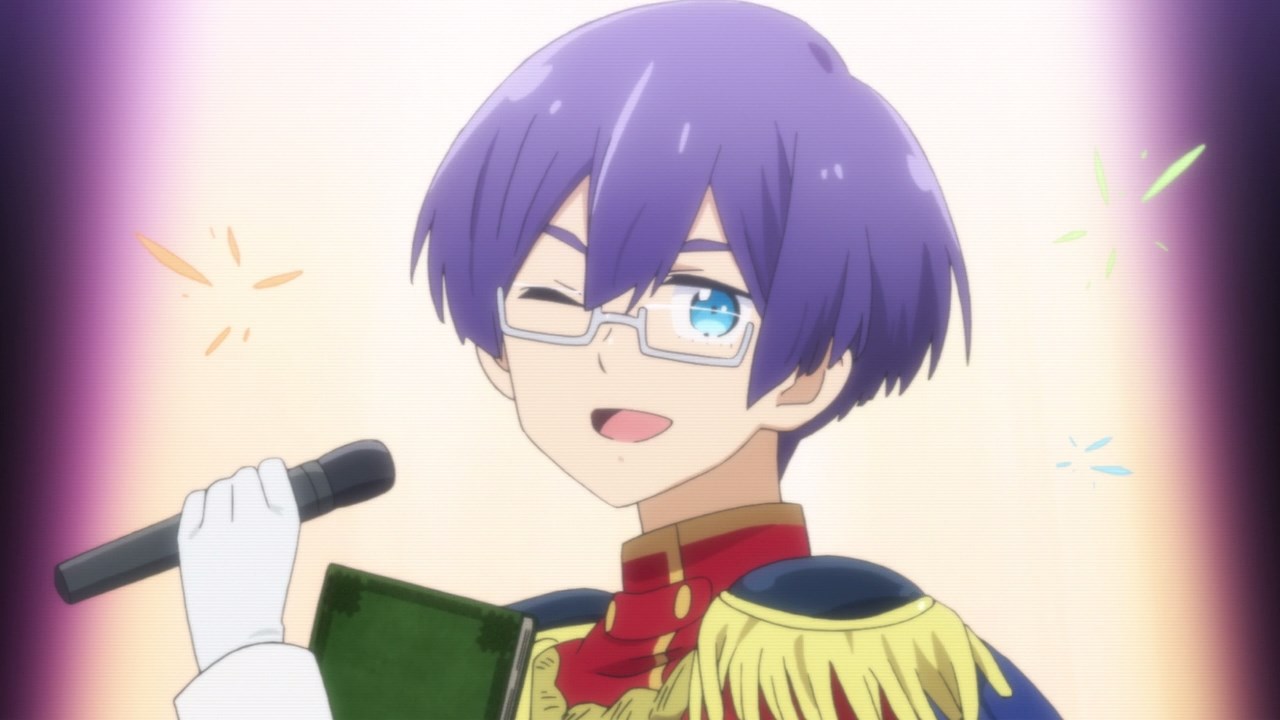 …like Magical Fuyutaro where he’ll idolize anyone with his magical charms. Seriously, everything they show past 12 AM (minus anime) is weird as heck! 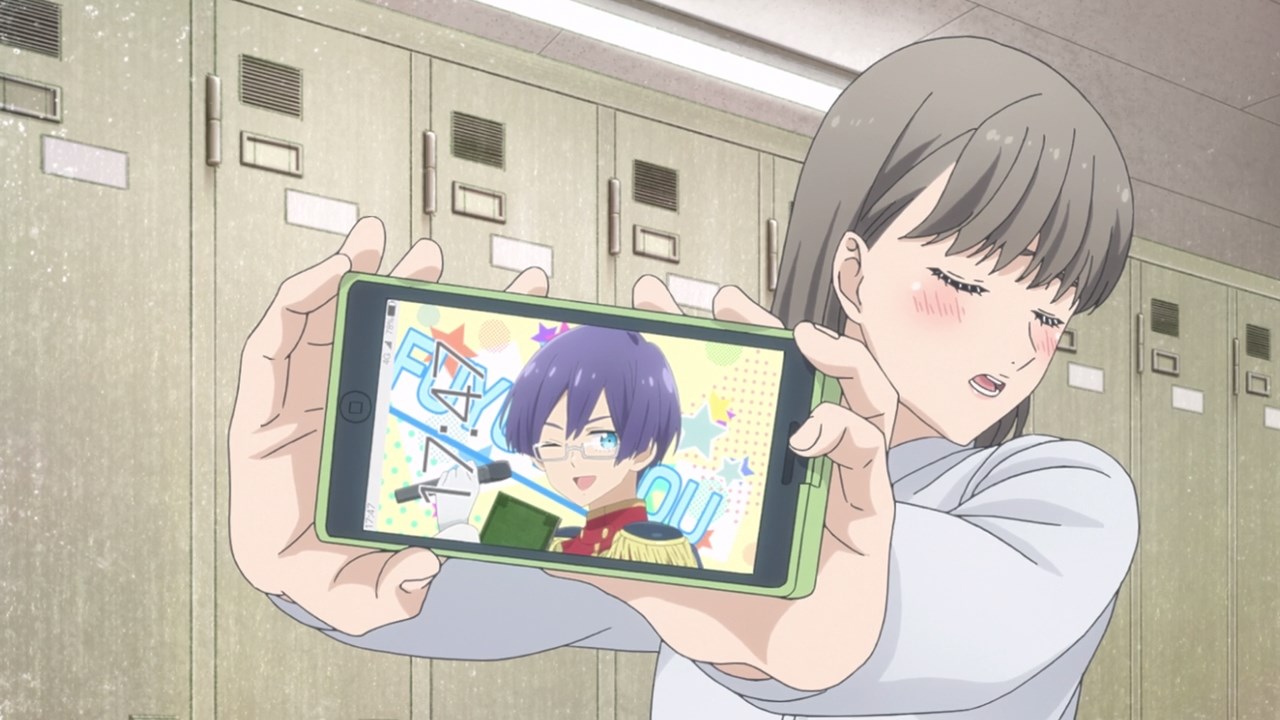 Still, Miyu fell in love with Magical Fuyutaro after watching one episode of that late-night show. All I can say is welcome to idol hell, Miyu! 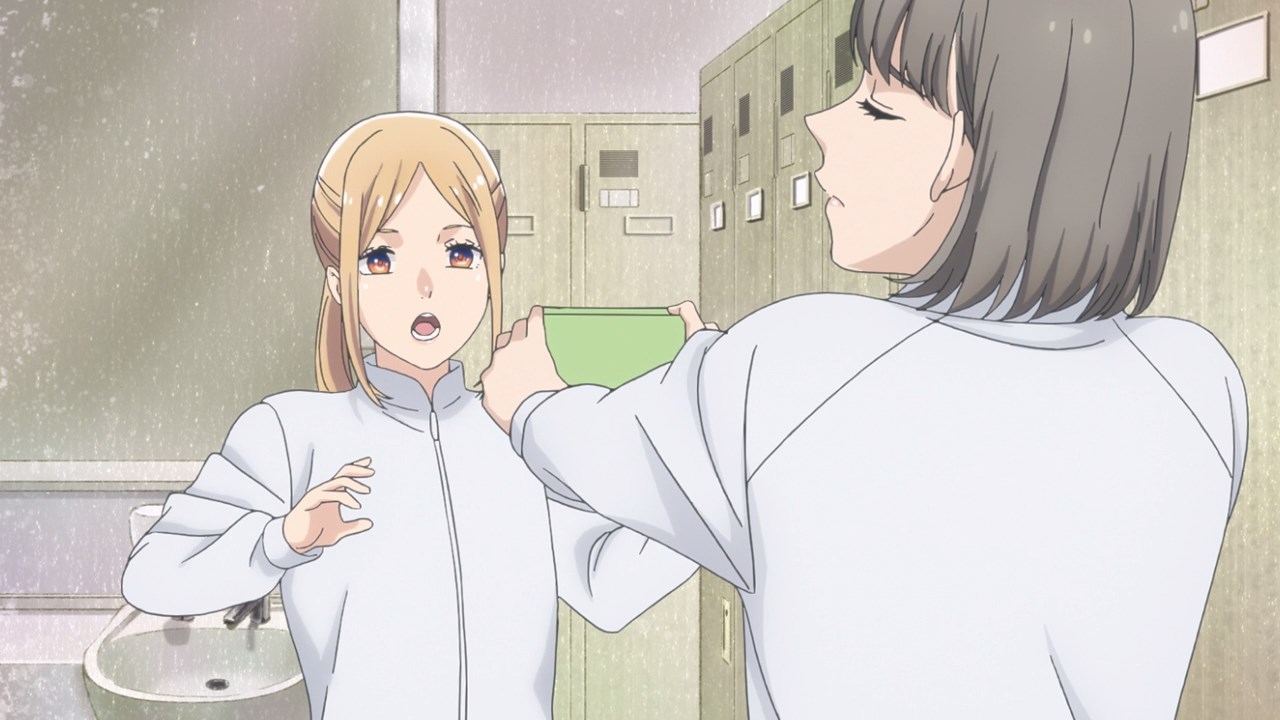 And really, it’s all thanks to Eripiyo where she introduced her co-worker into the world of idols. Then again, I wonder if Magical Fuyutaro is technically an idol? 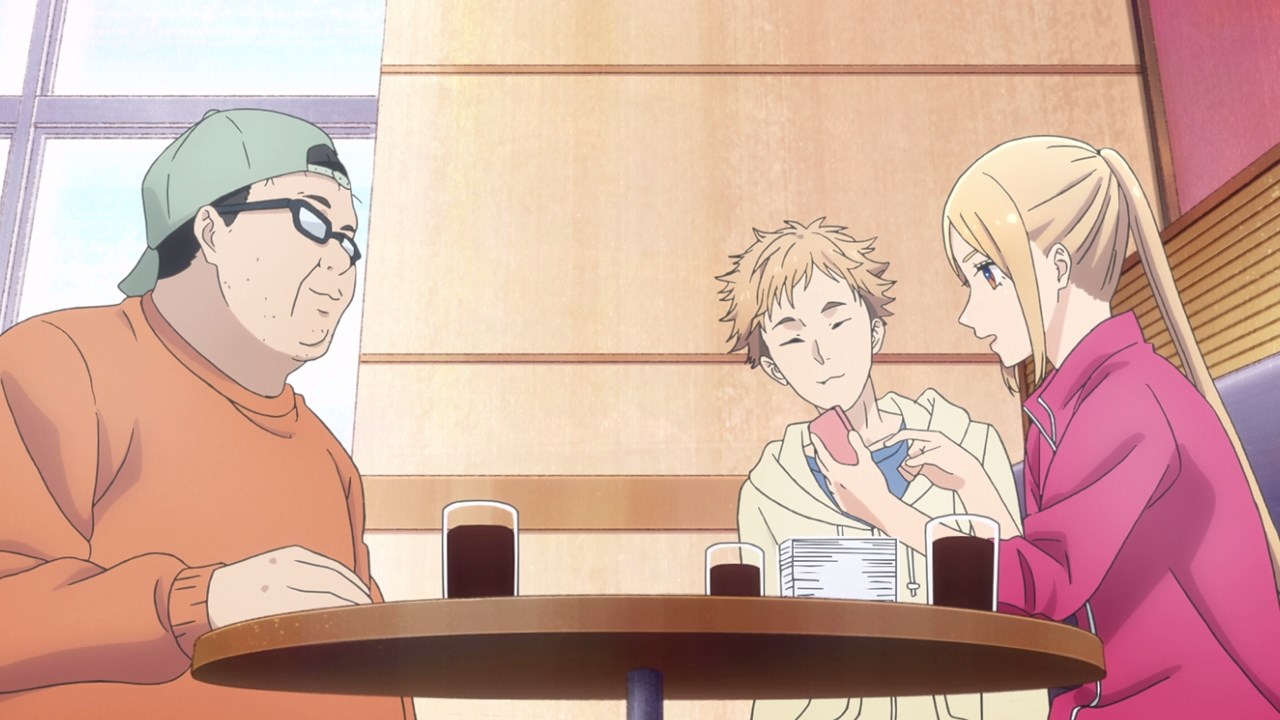 One last thing, here’s Eripiyo as she attempts to convey her love and admiration to Maina via social media.

And here’s the thing though as she’s new to Twitter or even Facebook. Then again, she’ll be fine on tweeting about Maina for as long as she won’t get stressed out by those haters and trolls. 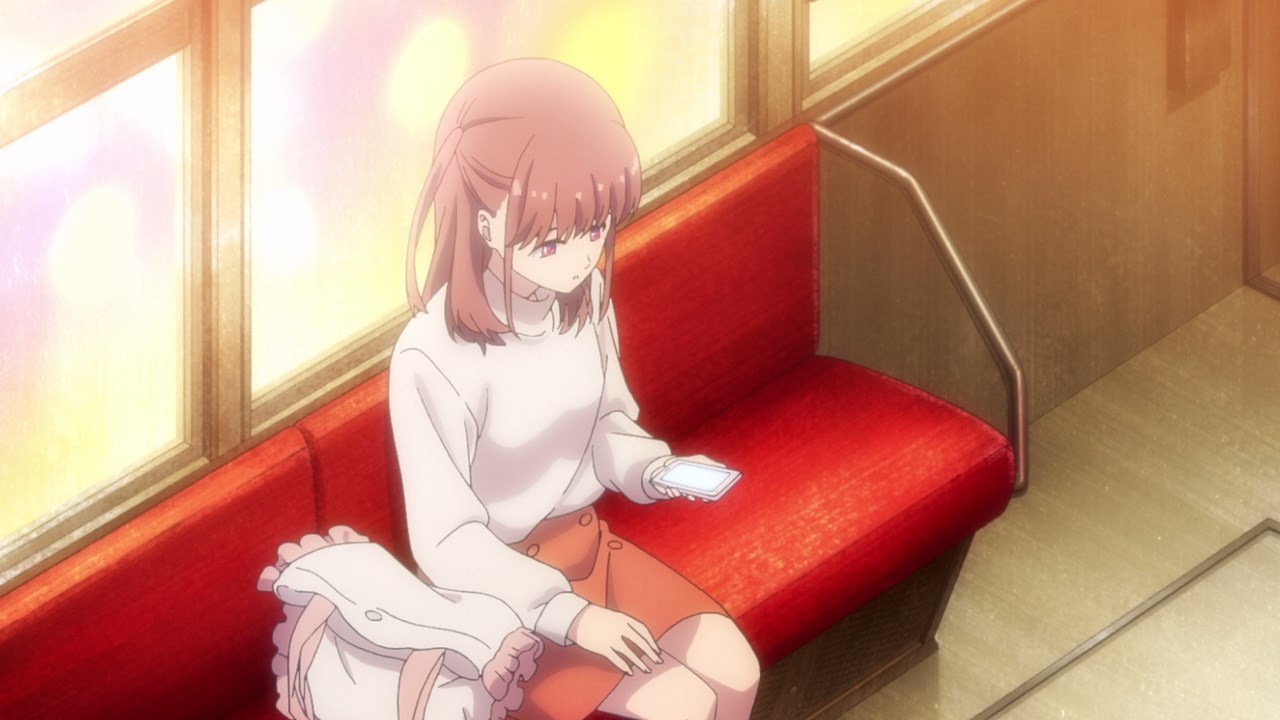 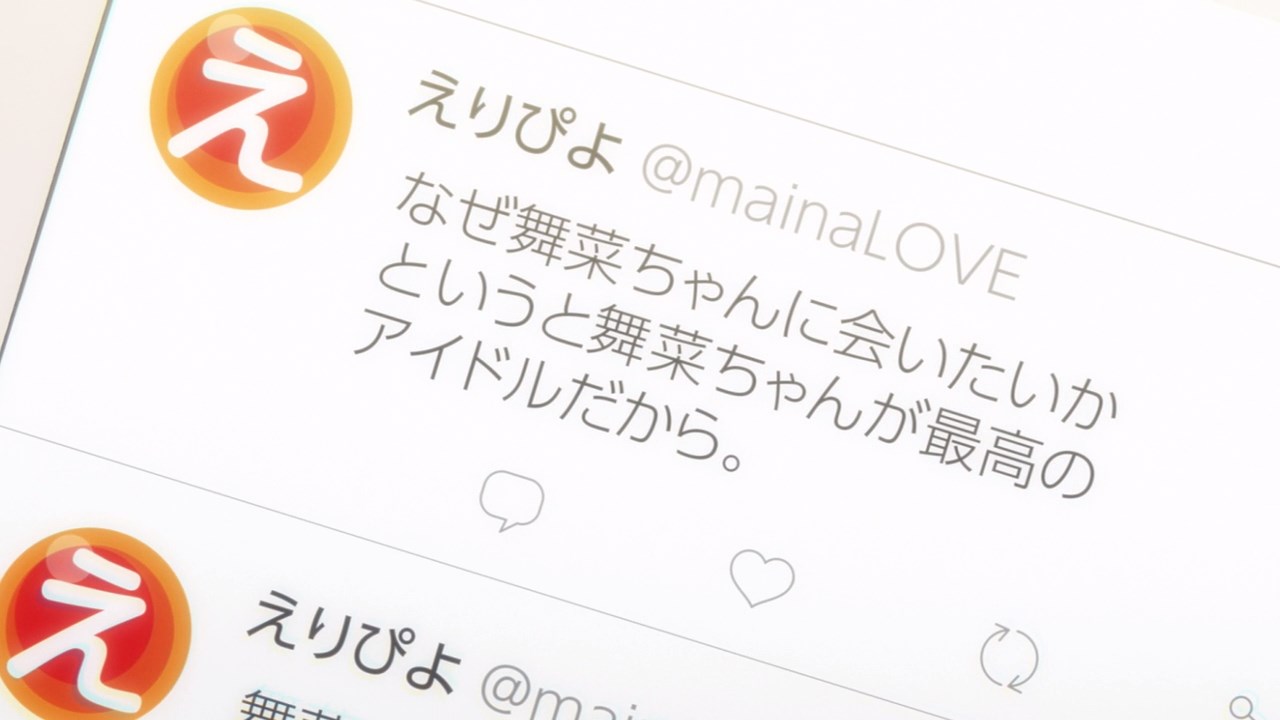 Anyways, Eripiyo made lots of tweets about her oshi that Maina noticed it. I’m hoping that Maina herself would follow Eripiyo back. 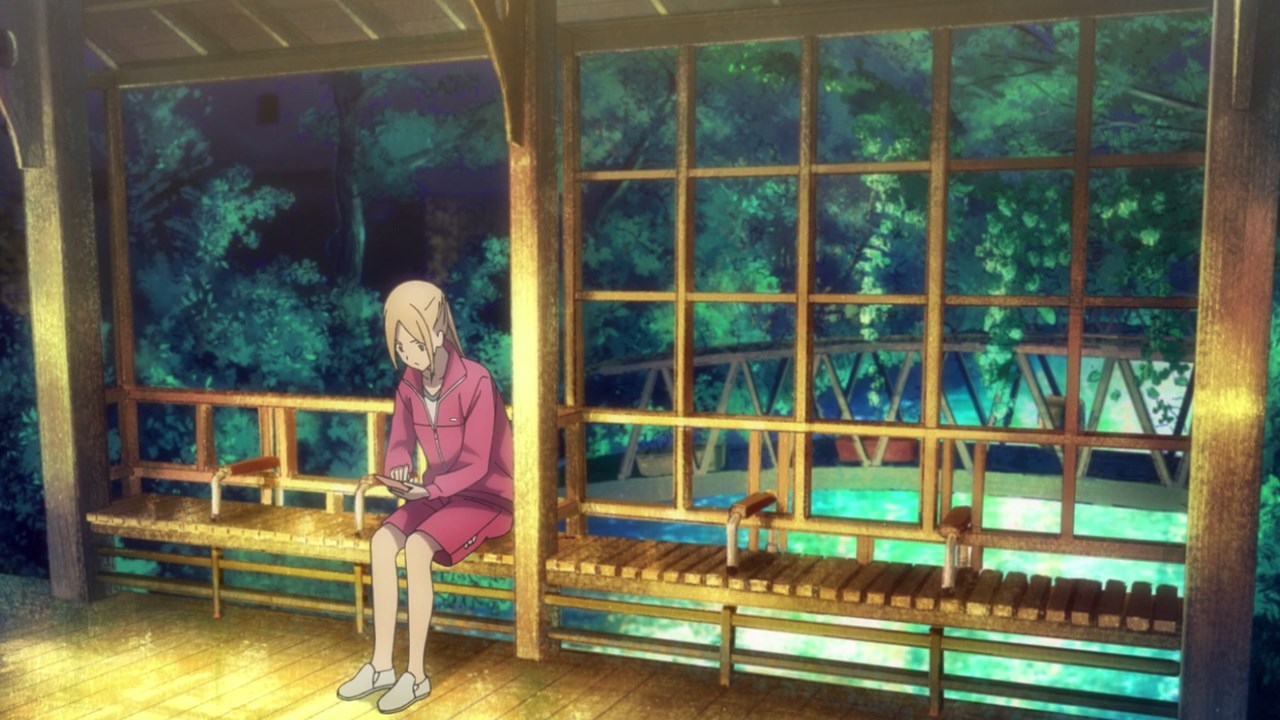 And so, we’re done on this week’s episode as Eripiyo continues to tweet about Maina Ichii leading up to the 16th Setouchi Idol Festival. Let’s hope that Cham Jam will do well on the final episode!