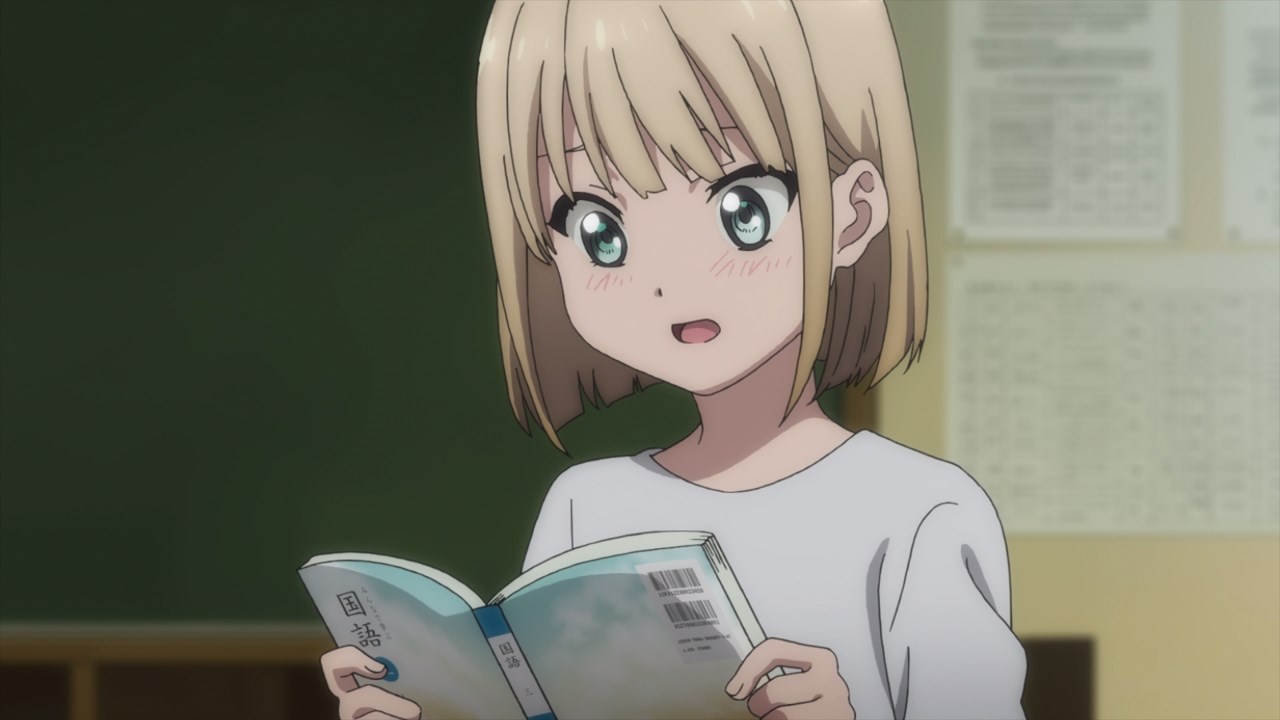 Well everyone, here’s Nicole Saitou as before she became an idol, Nicole is shy and she stuttered a lot. 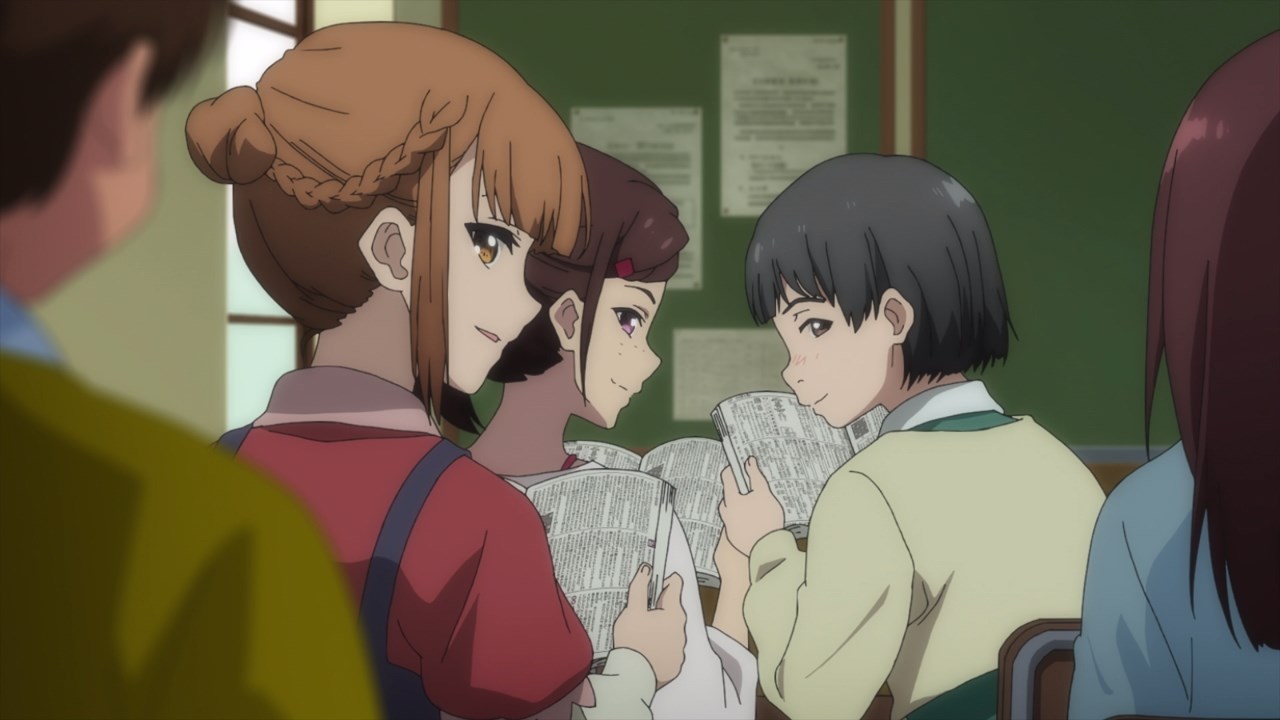 Nicole’s stutter is so bad that most of the girls bully her to the point that nobody will talk to Saitou. God, I hate bullying! 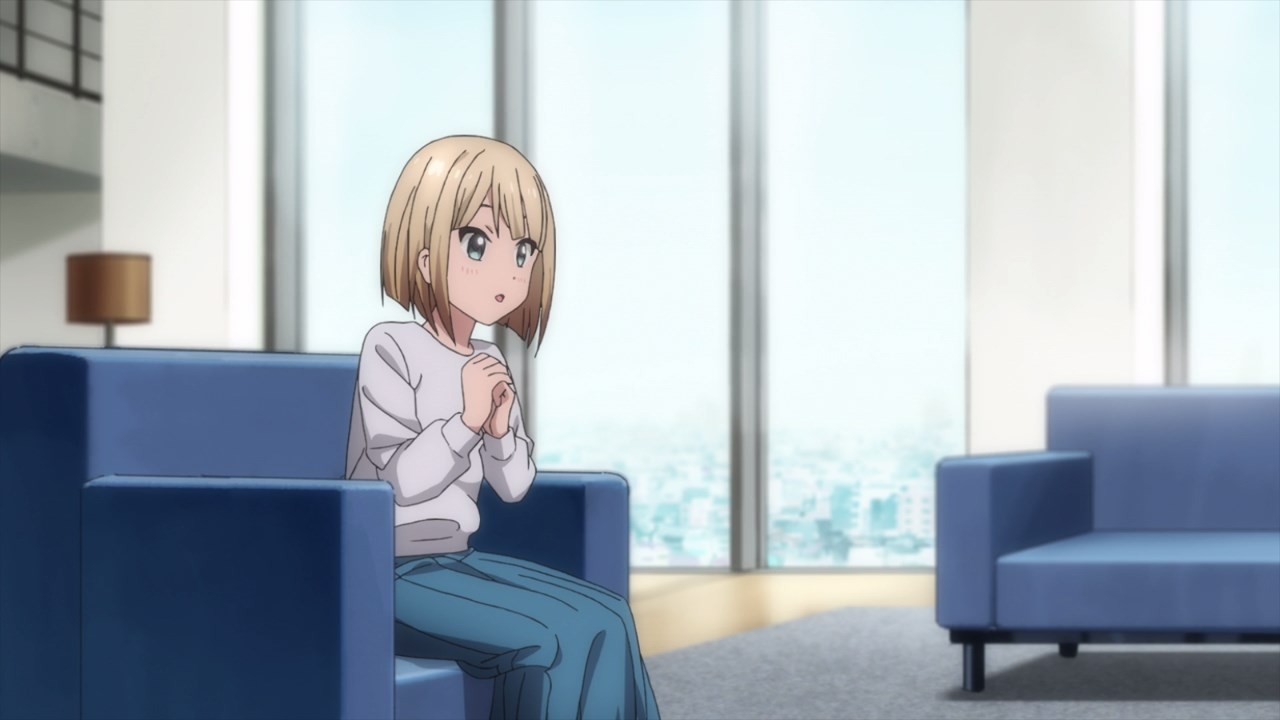 Of course, there’s some solitude for Nicole Saitou as she watches idols. 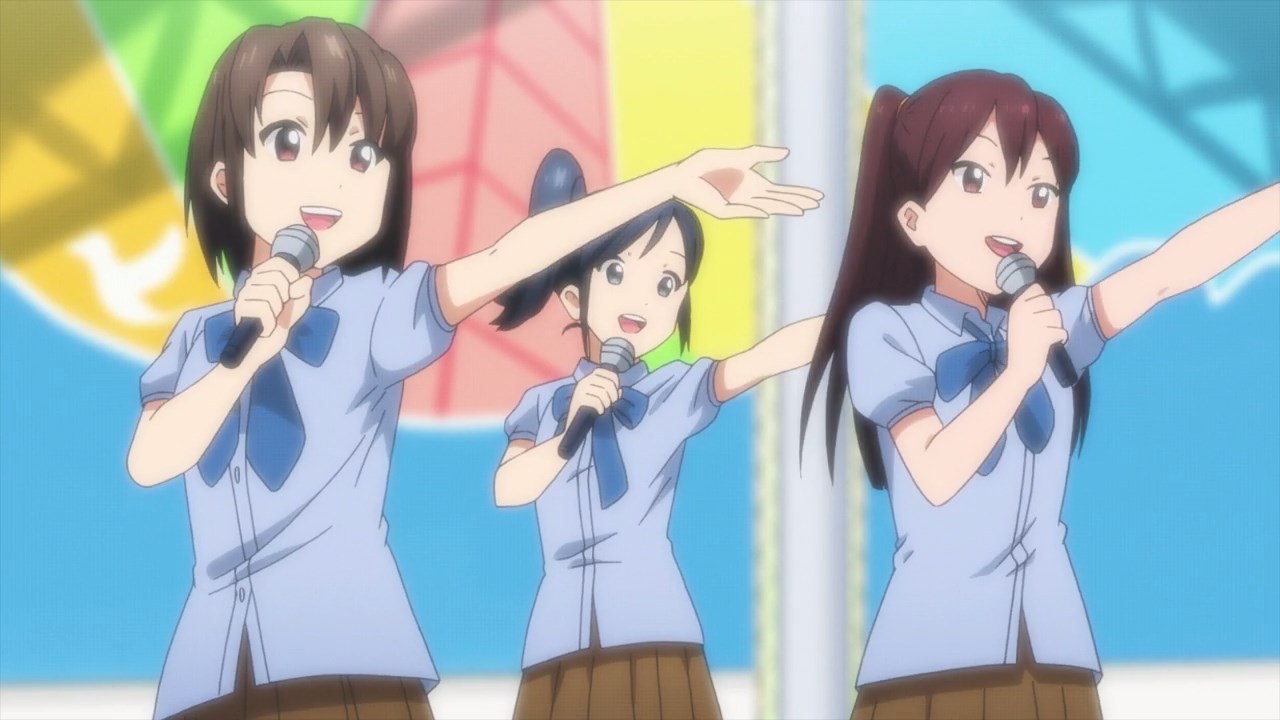 Because of that, Nicole was inspired to become an idol herself. But first, she needs to get rid of her stuttering first and she needs to have the courage to sing and dance in front of people. 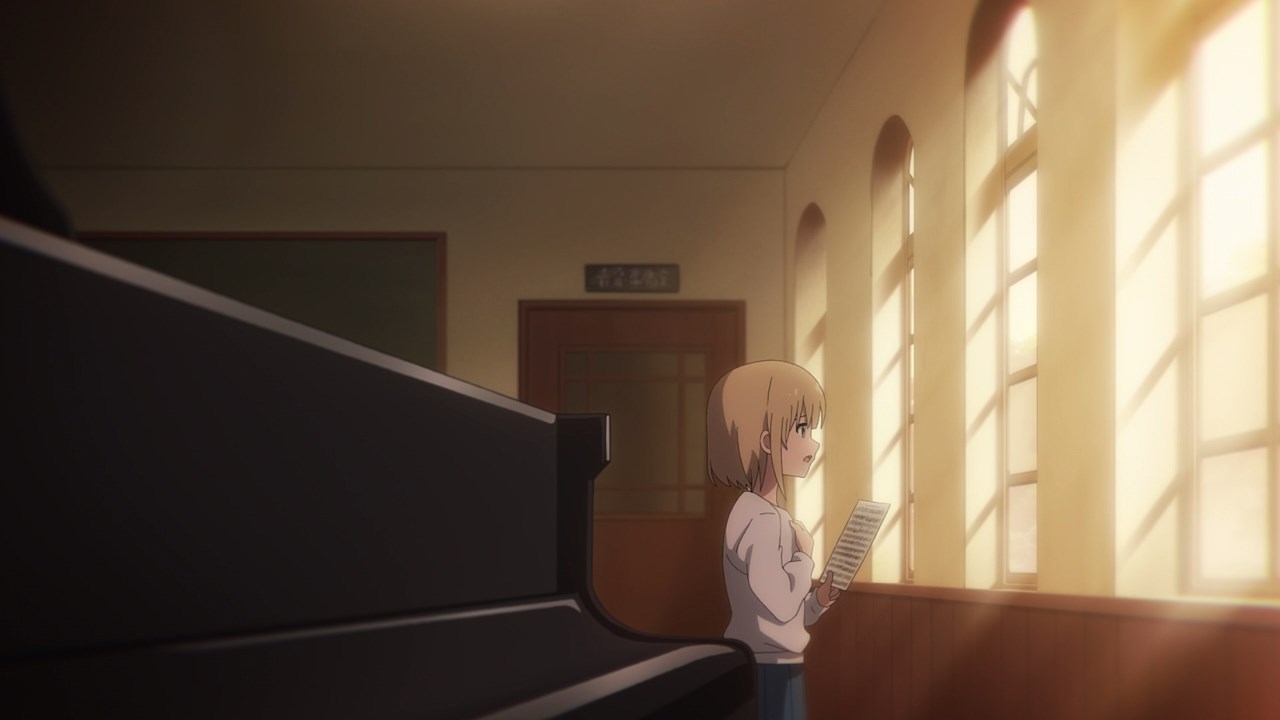 Now then, let’s continue her backstory as Saitou was forced to play the role as a witch in the stage play of Snow White.

While she opted not to take that role, those bullies told the teacher that Nicole would be perfect as a witch. Goddammit! 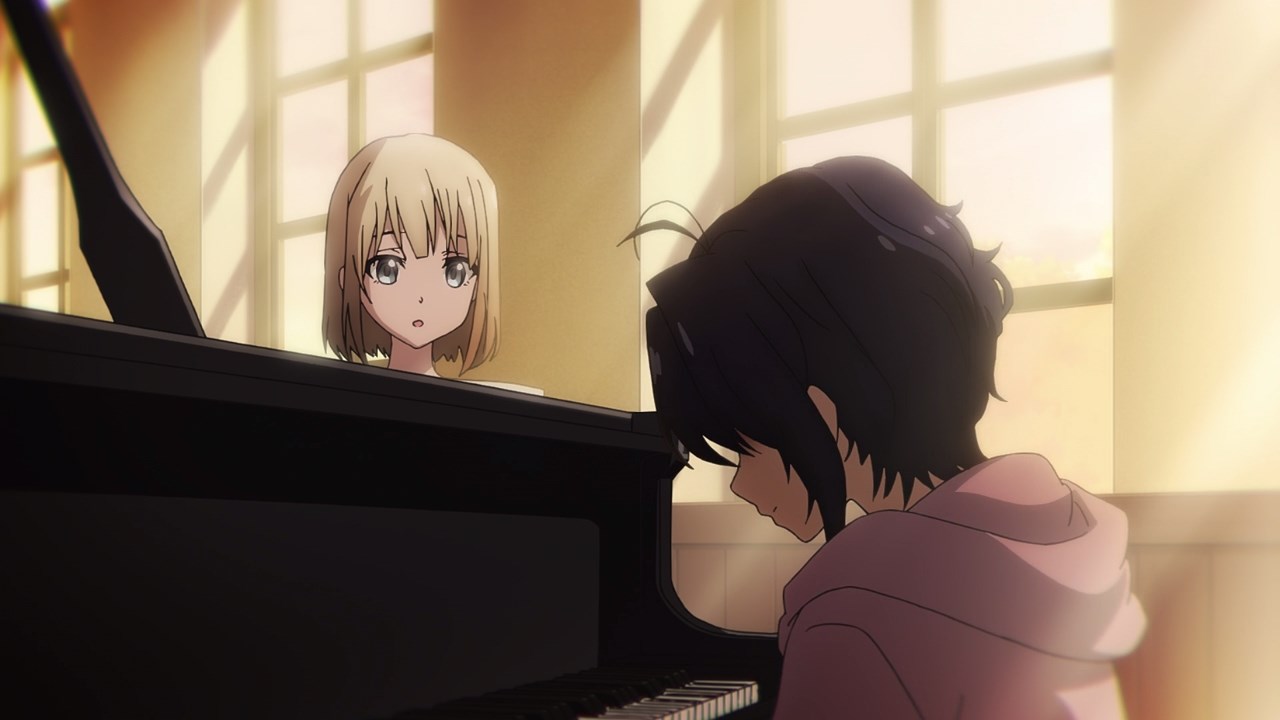 Fortunately, Miu Takigawa stepped in to help her out as she plays the piano, while Nicole Saitou recite her lines because she needs to take her role perfectly. 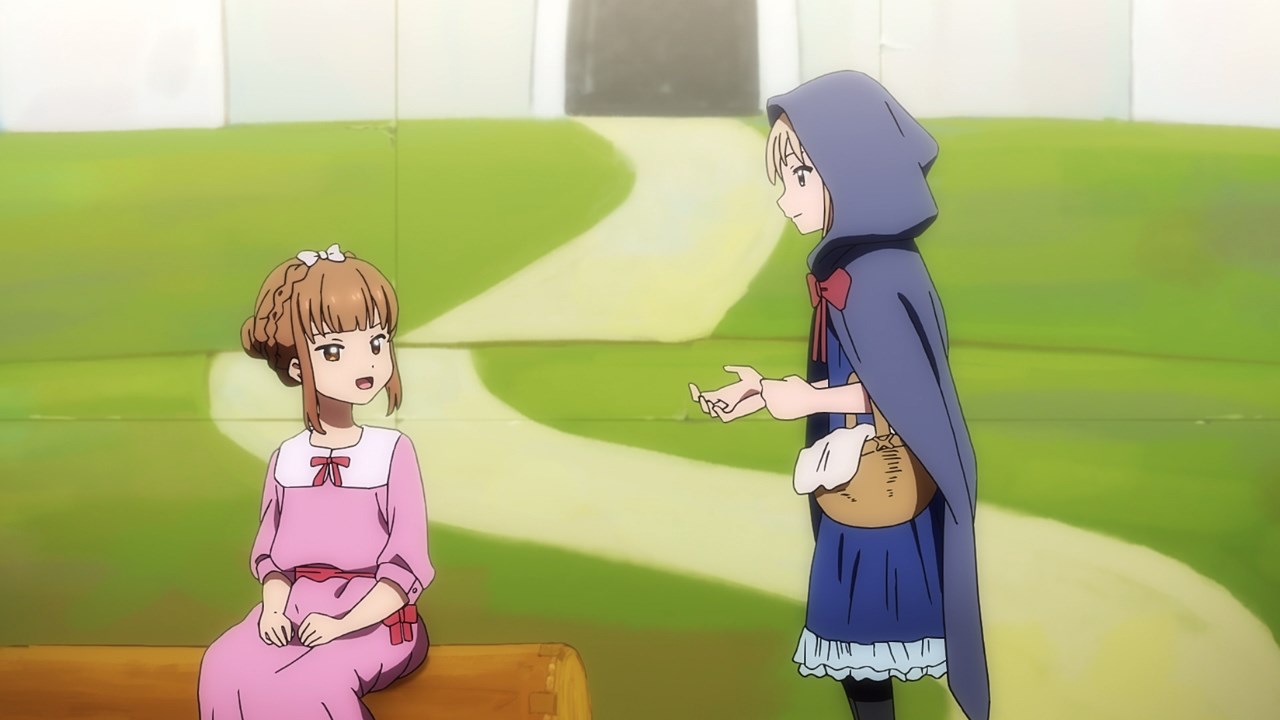 And now, it’s time for the stage play where Nicole emerged as the witch as she’s about to give the apple to Snow White. 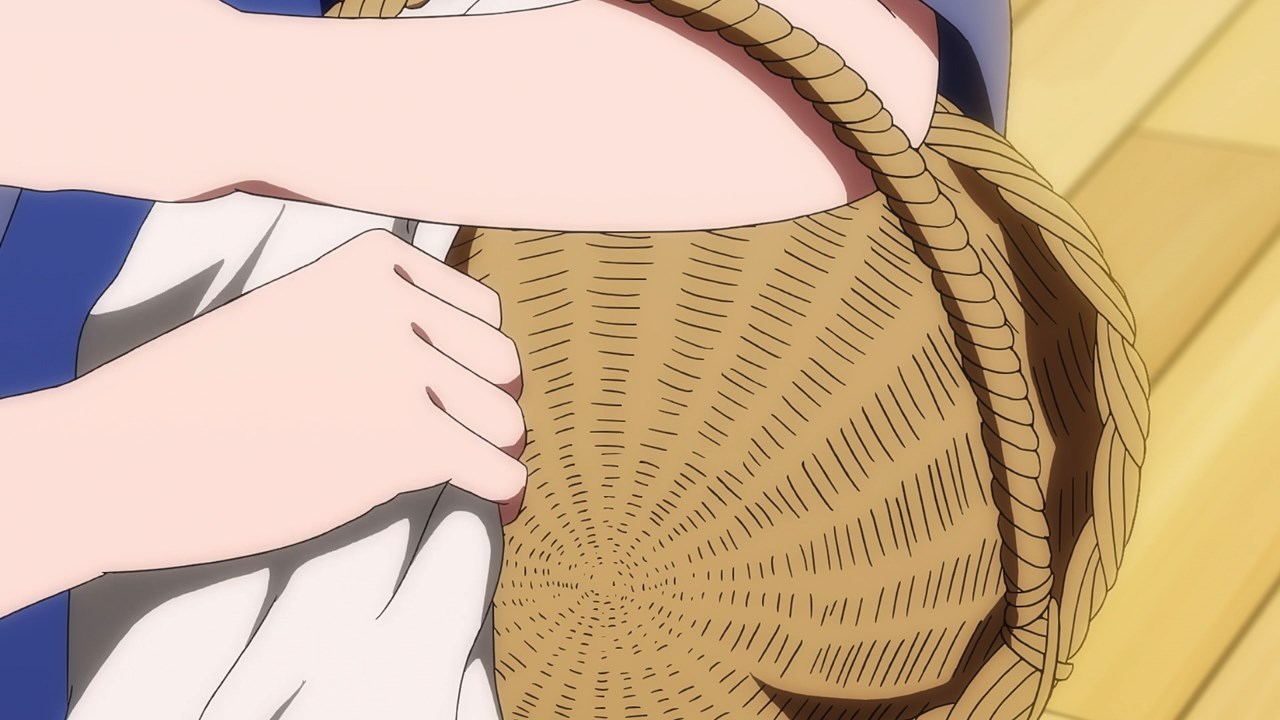 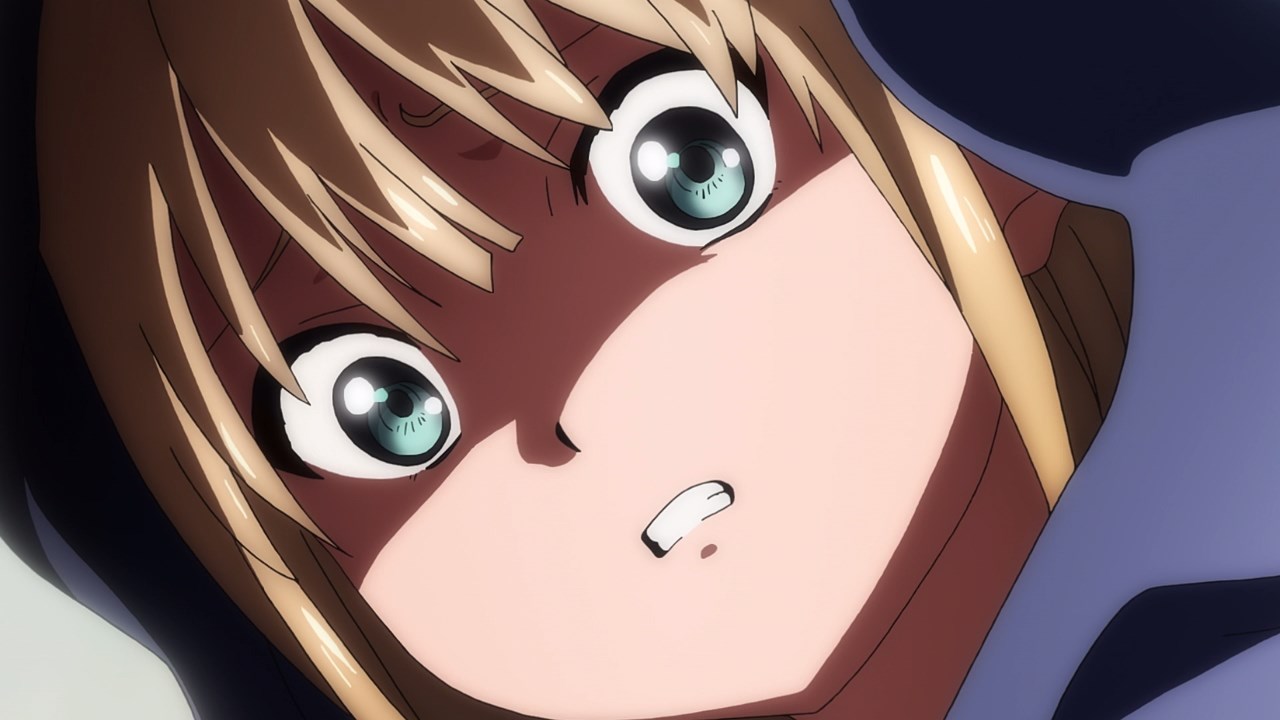 That’s until someone hide those apples in which Nicole went in panic mode. You know what, I bet that those bullies throw those apples away from the basket just to break her. 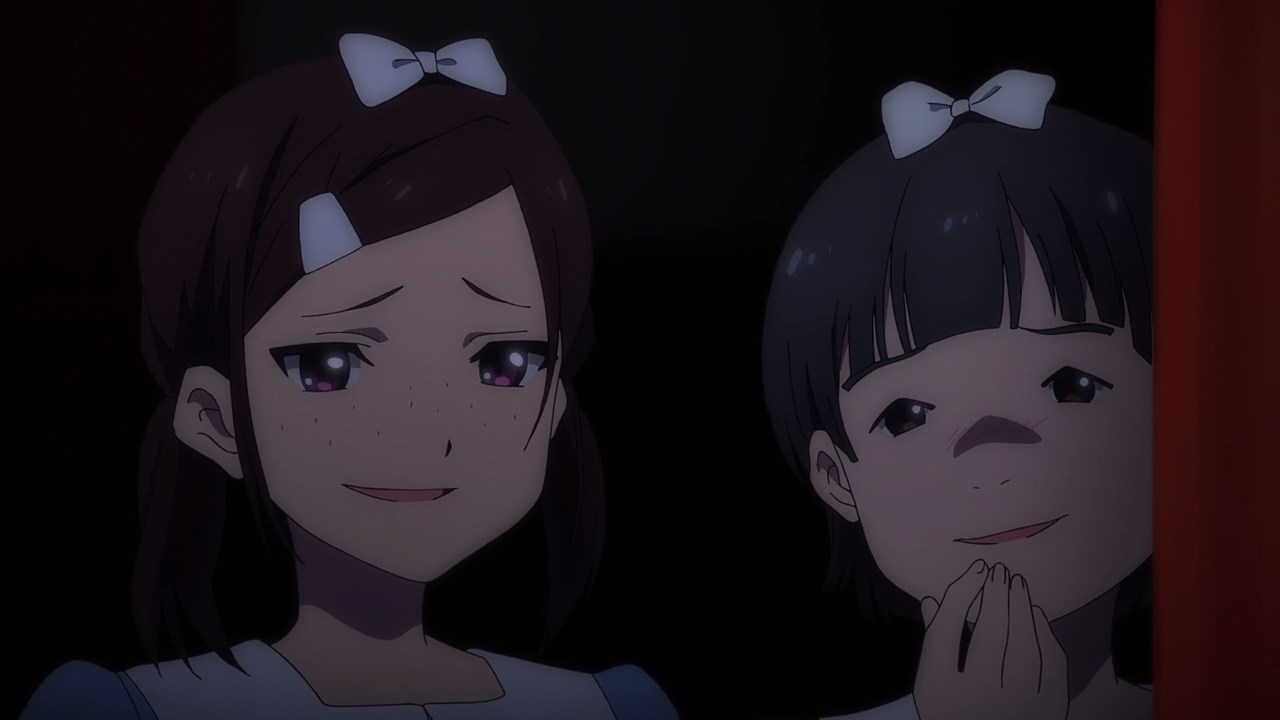 But seriously, I really despise bullying that those girls should be punished. Of course, they’ll lie just to get away with this shit! 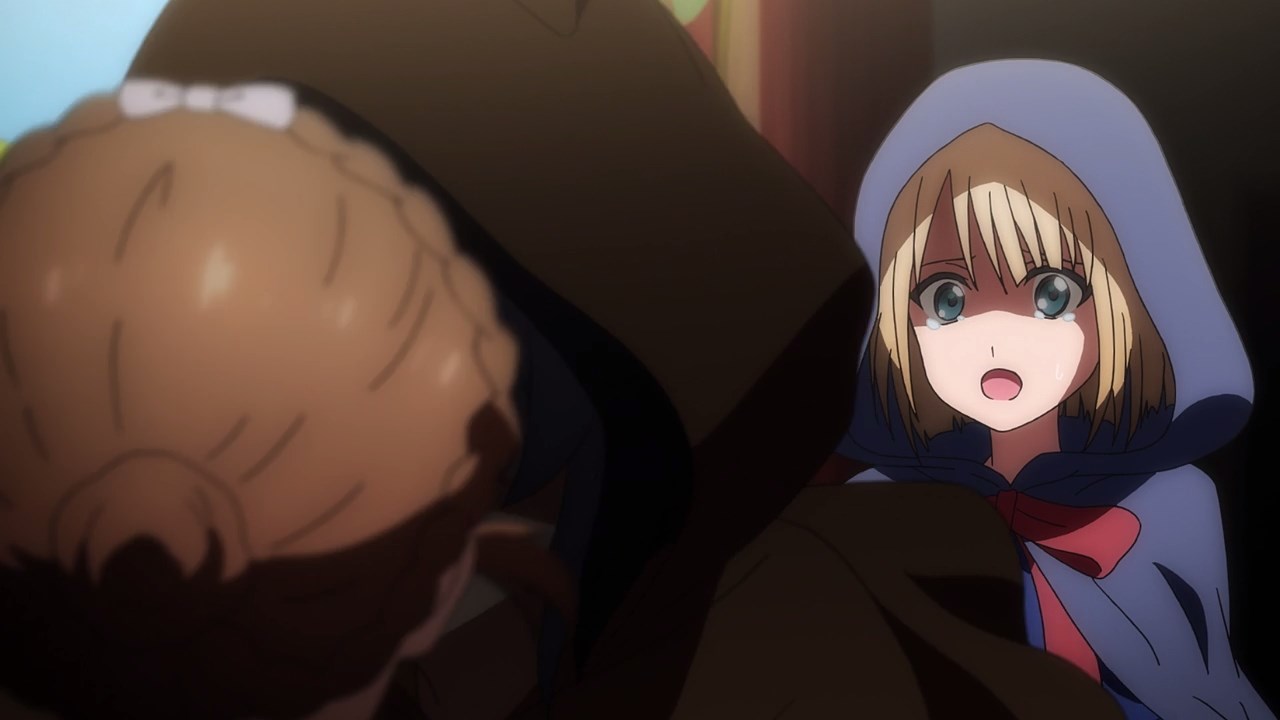 Fortunately, one person has decided that enough is enough as Miu Takigawa stormed into the stage and beat that bully. Yeah Miu, show that bully who’s boss! 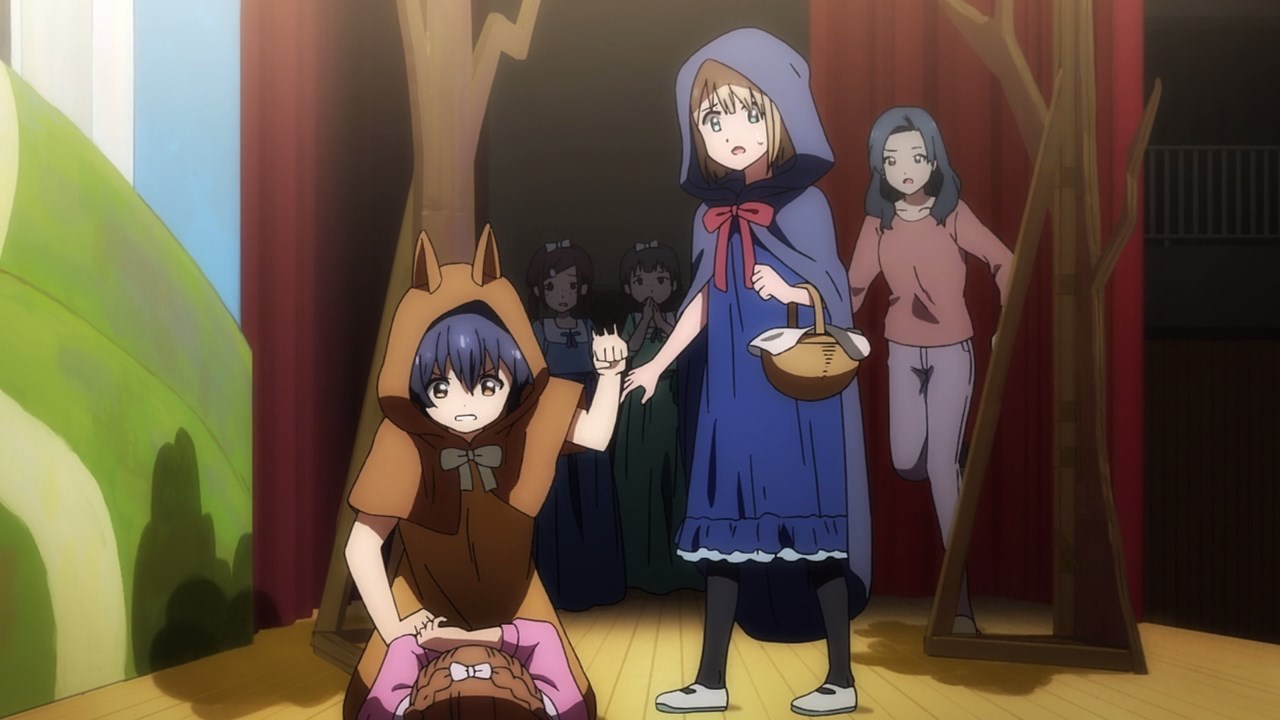 Of course, Takigawa was punished by her actions and was forced to transfer to another school, never to be heard again until Miu got invited by Production GIP. But thanks to Miu’s actions, Nicole Saitou gained some courage and pursue her dreams as an idol.

Oh and as for those bullies? We never heard from them again as I think they wasted their youthful lives. I bet that they’re jealous right now because Nicole became an idol while they don’t achieve anything! 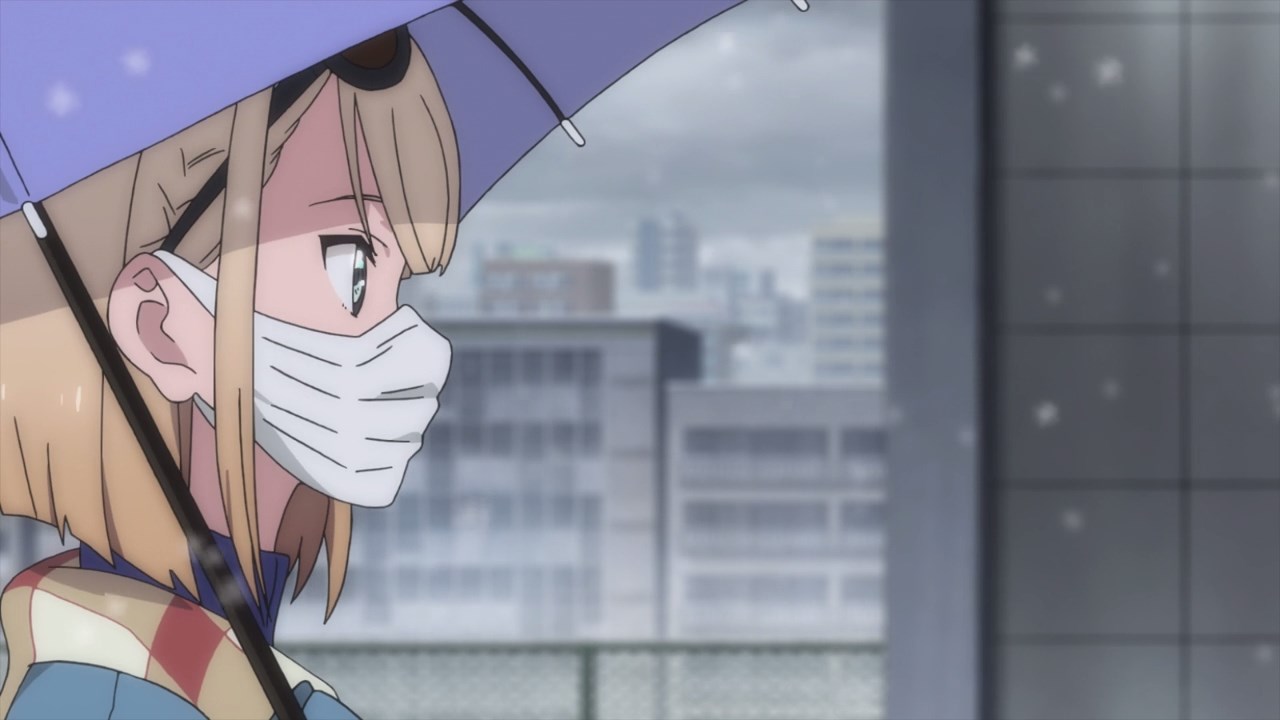 Now let’s move onto the present where Nicole Saitou went to the zoo as she remembered her time as an idol of Nanabun no Nijyuuni. Of course, she’s not the only one…

In fact, everyone had the same feeling as Saitou as they went to zoo together. Well, not all of them as some of the girls are still missing. 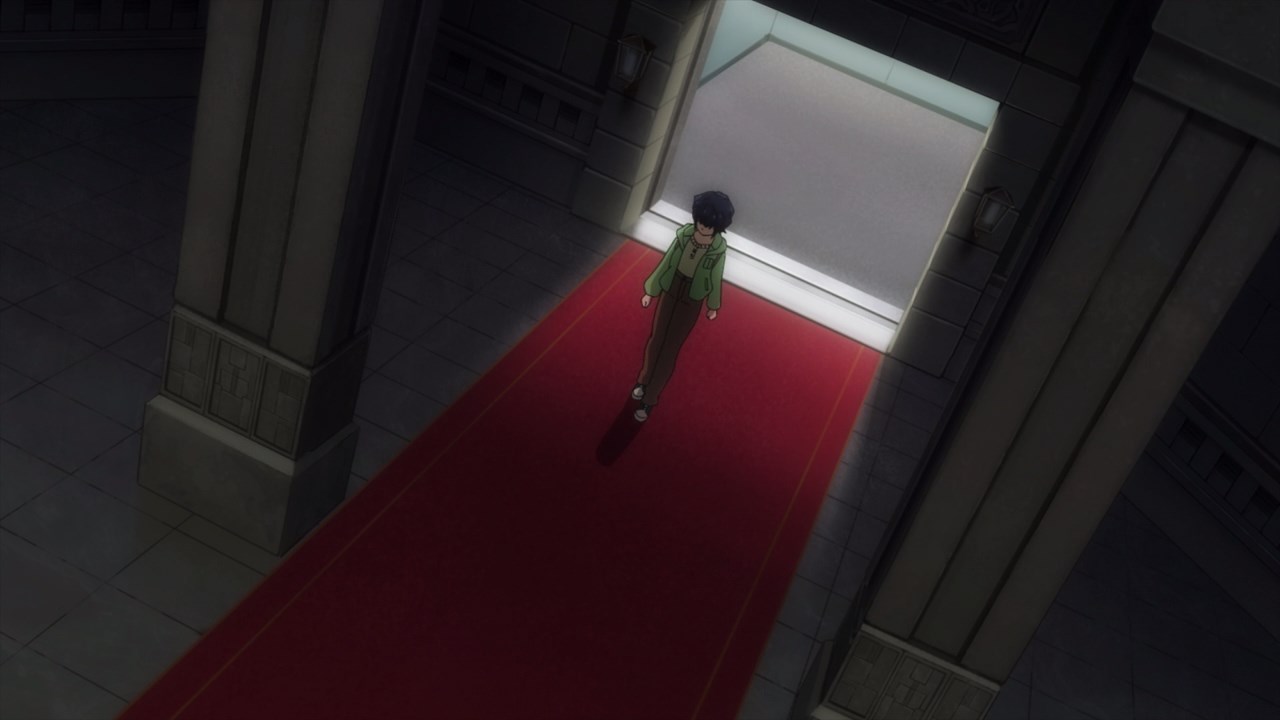 Just kidding, a few of them went inside Production GIP’s underground facility as seen here where Miu Takigawa went to the deepest parts of the facility. 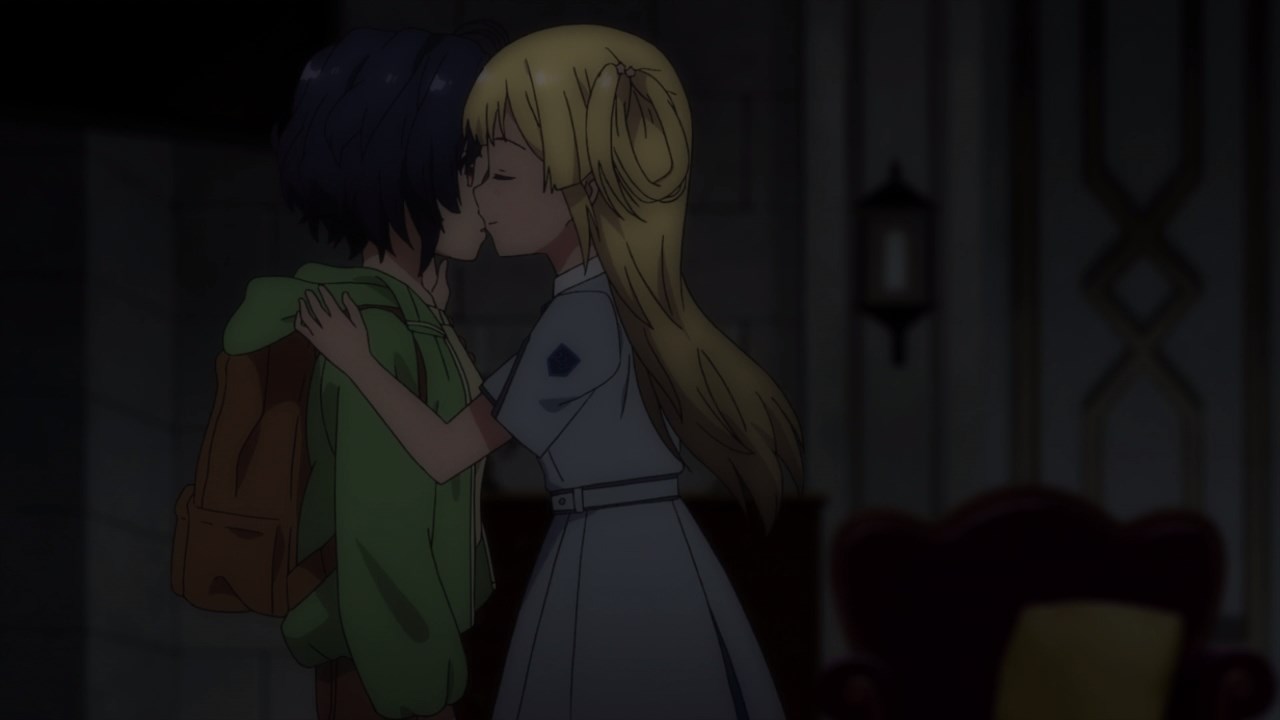 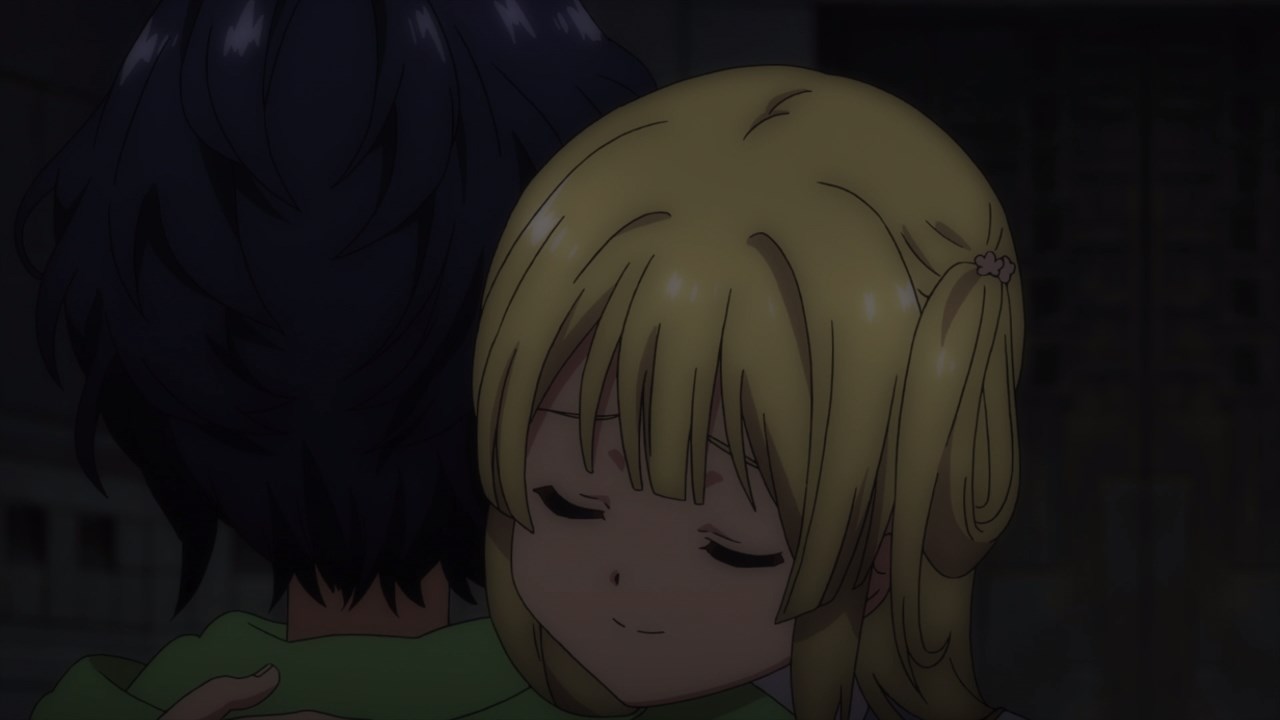 Oh yeah, and here’s Sakura Fujima where she hugged Miu Takigawa as she missed her time as an idol of 22/7. At this point, everyone felt the same way as they really missed becoming idols. 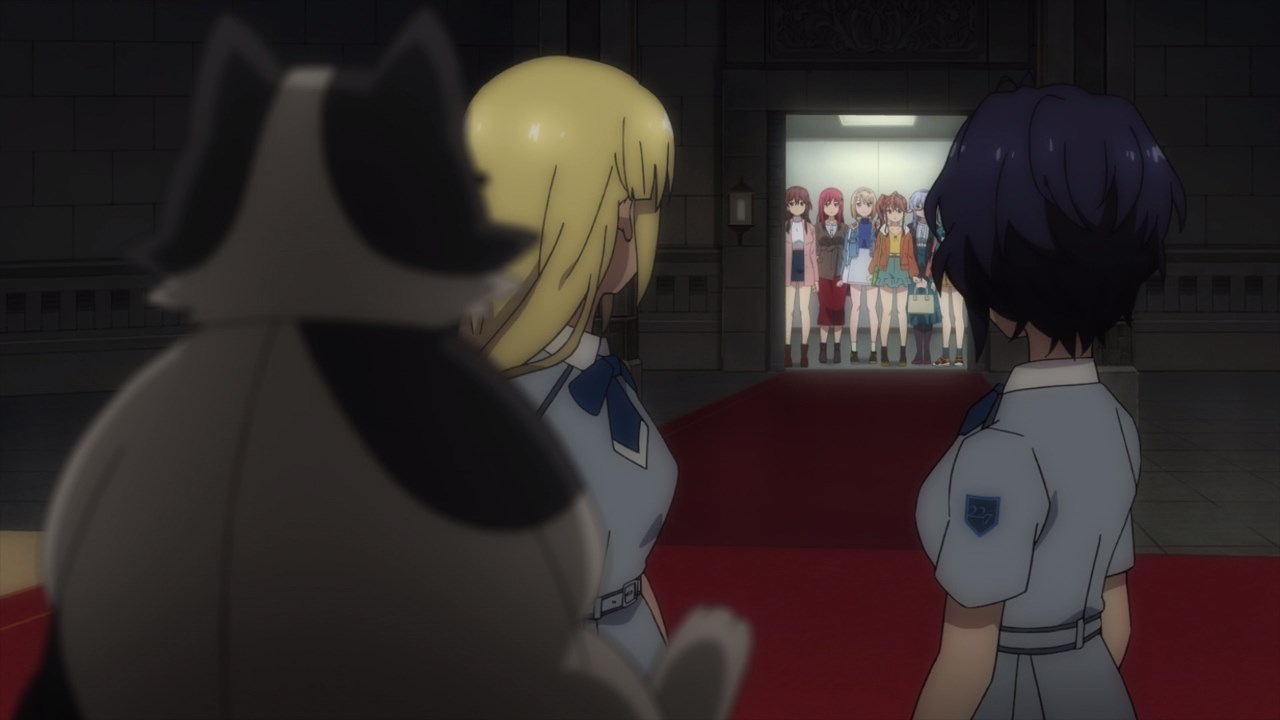 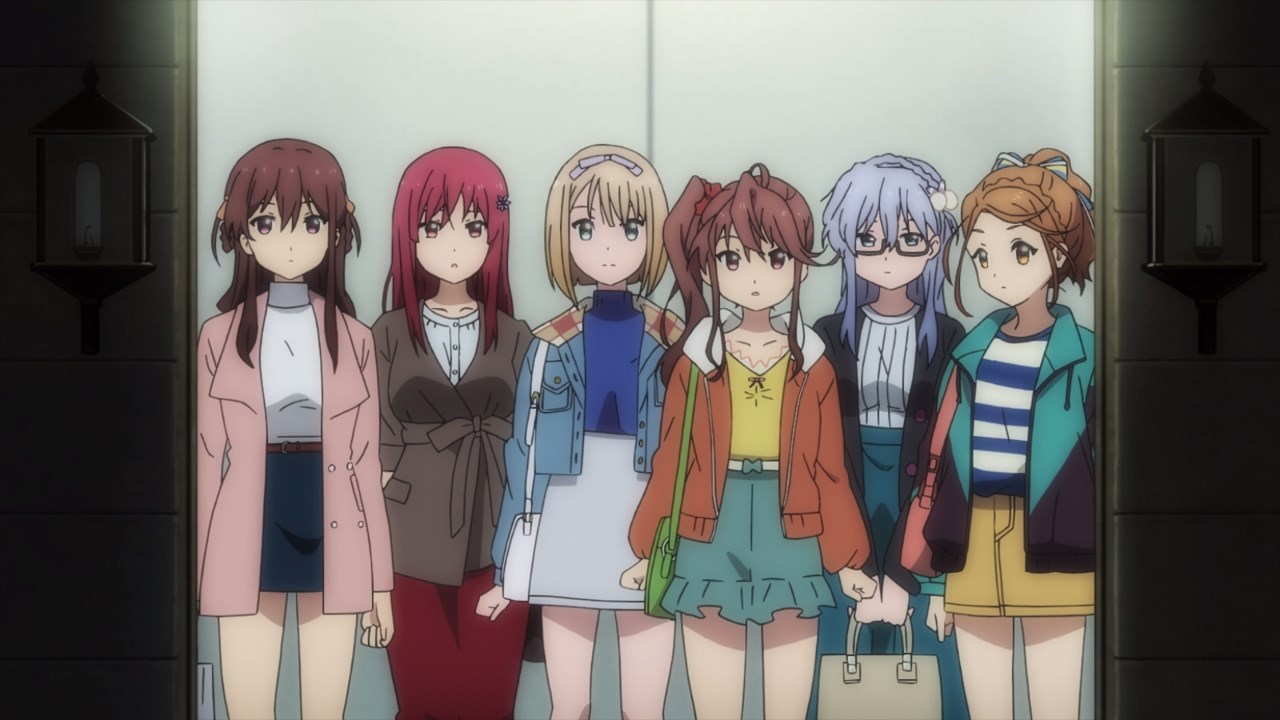 Also, here are the rest of Nanabun no Nijyuuni as they’ve gathered here at the special room where The Wall resides there. Of course, I have a feeling that they’ll be evicted out. 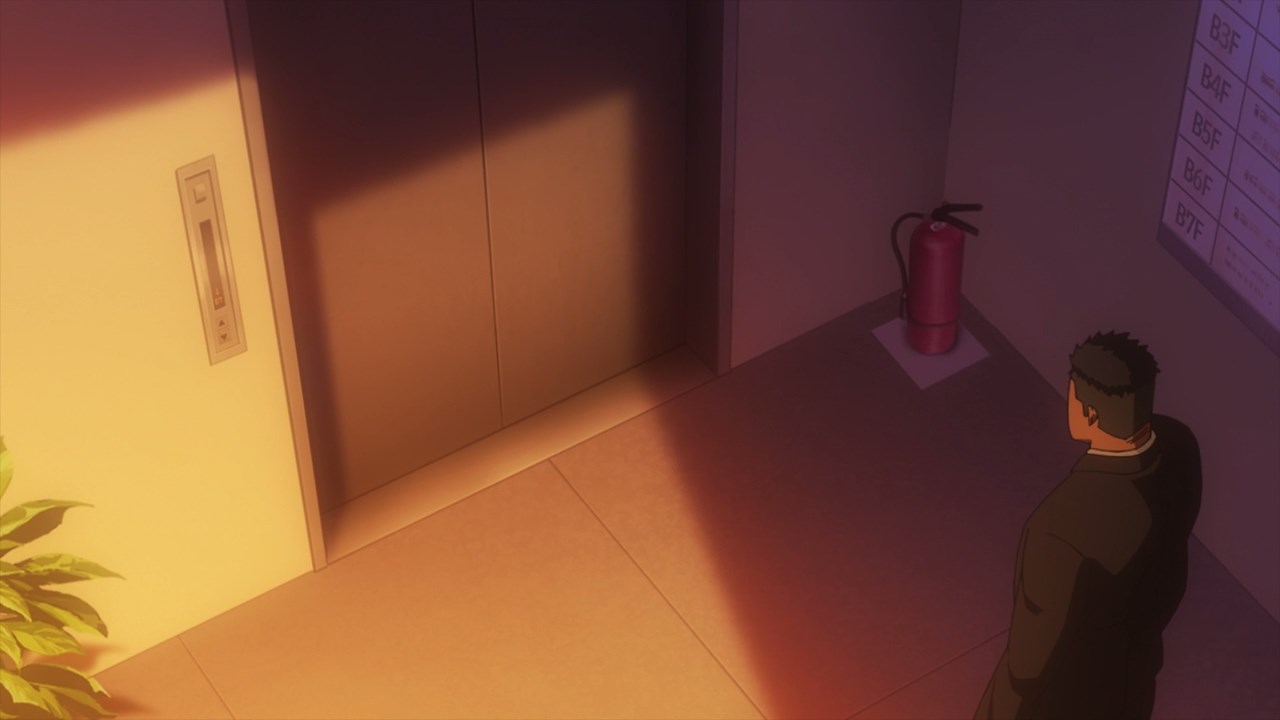 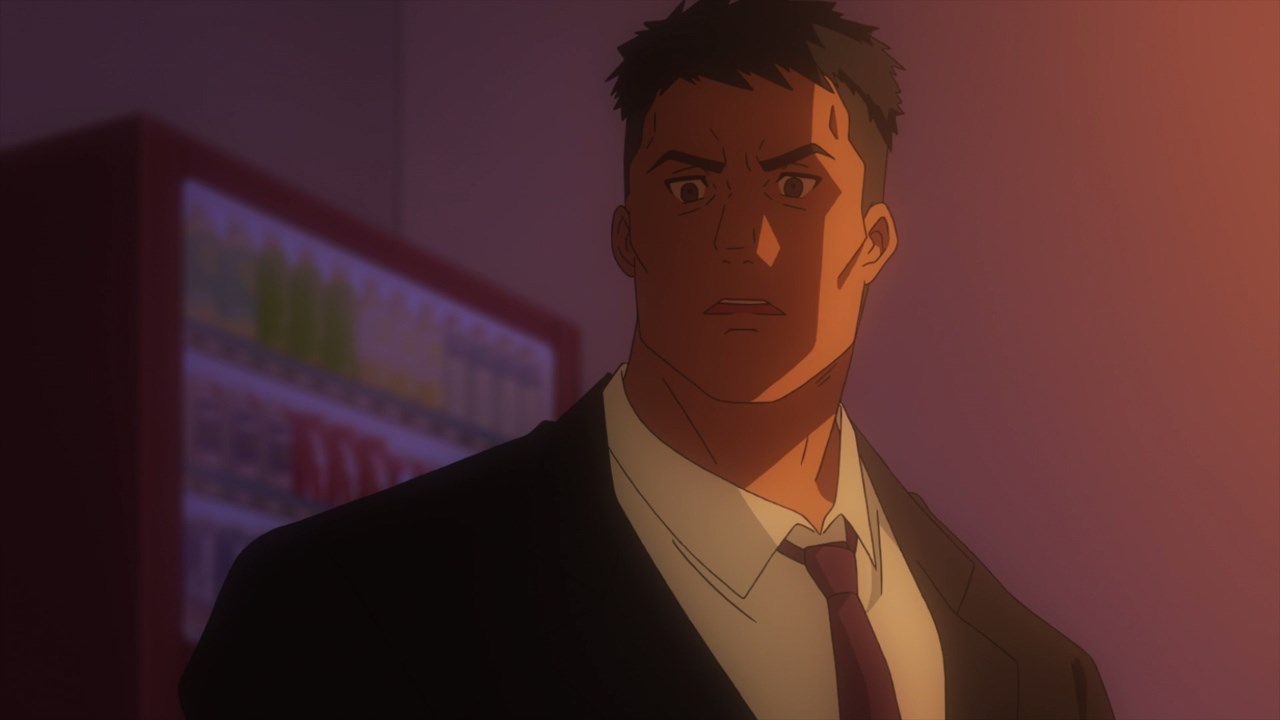 In fact, Aoi Gouda noticed that someone went deep into Production GIP’s facility without permission. Well, he should have told the girls to surrender their ID cards. 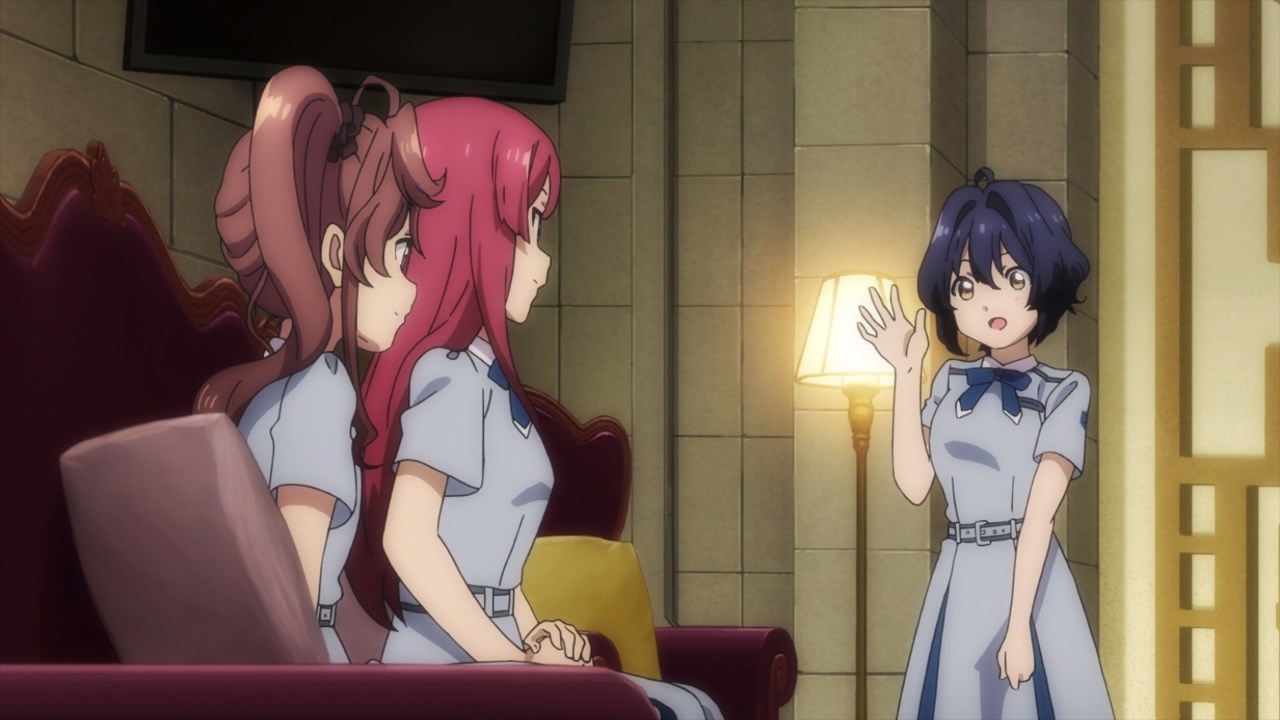 And so, the girls from Nanabun no Nijyuuni are staying at the room, reminiscing of their glory days as idols, as well as sharing their recent activities like Jun Toda dancing in the streets that became a viral sensation. 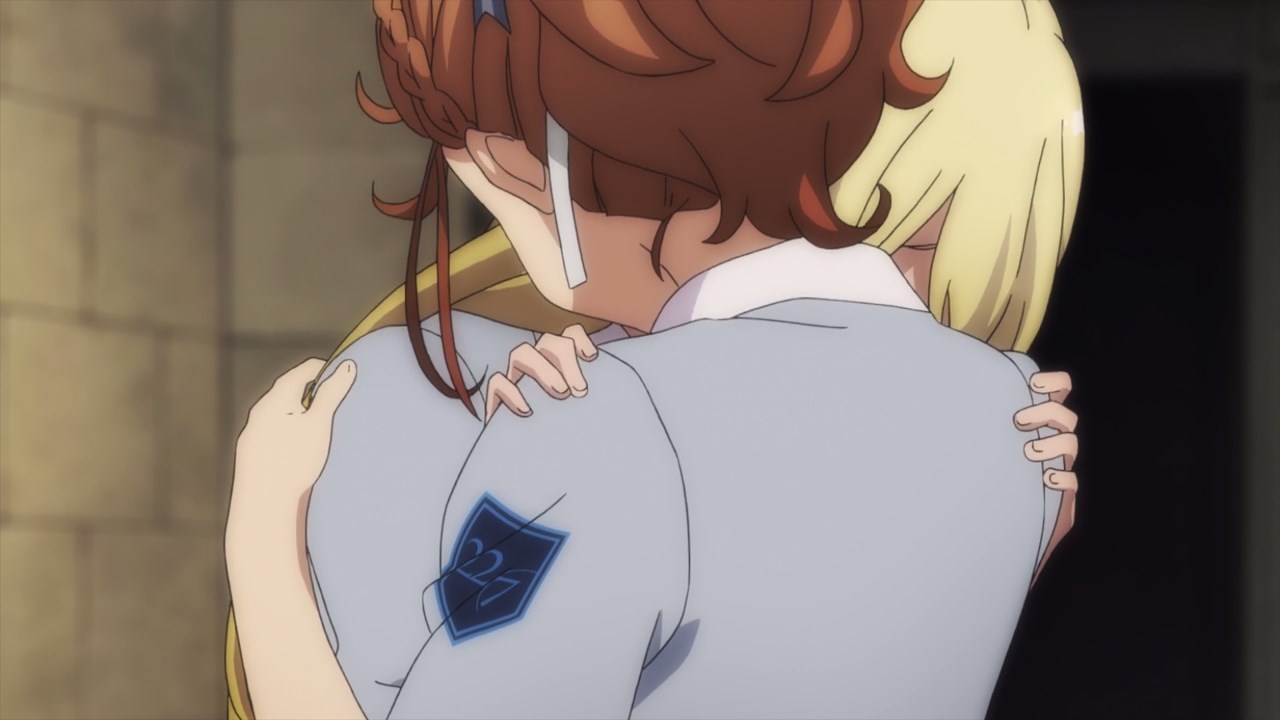 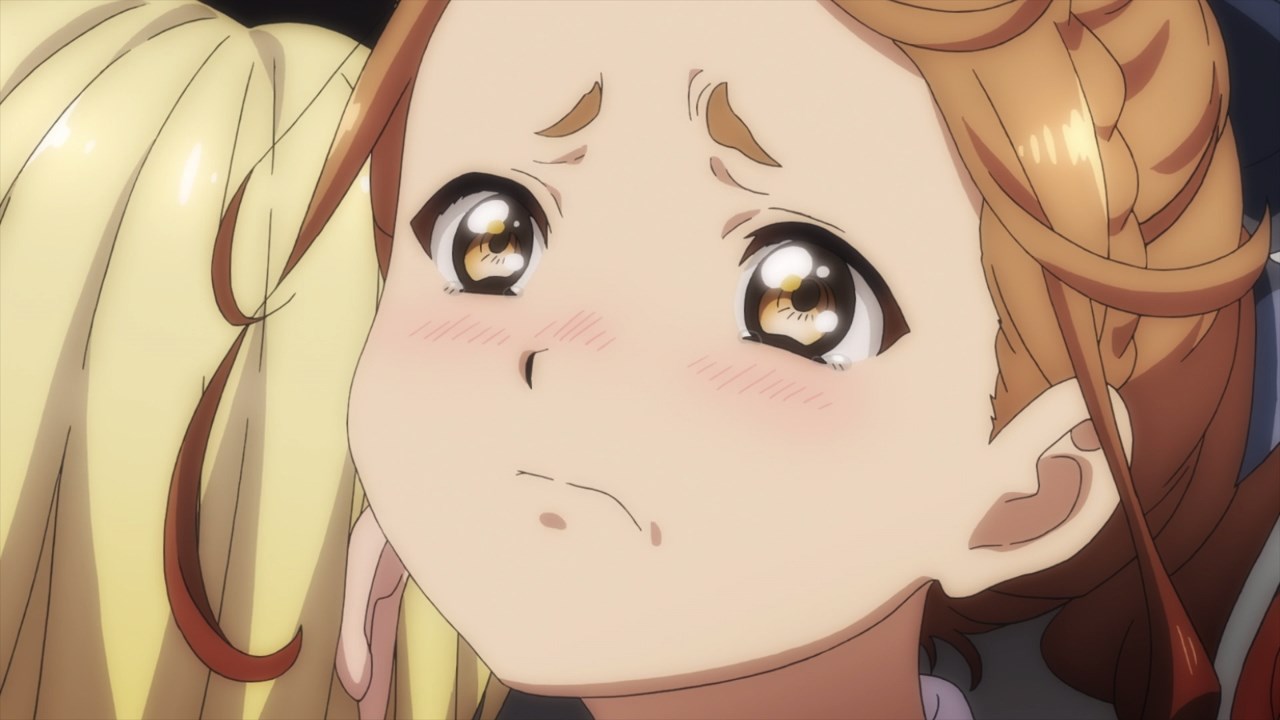 But even then, they don’t want to end their idol careers in a whimper (except for Nicole Saitou) as the likes of Sakura Fujima and Miyako Kouno wants to perform again.

Unfortunately, The Wall’s orders are absolute which means that there won’t be any comeback for 22/7. 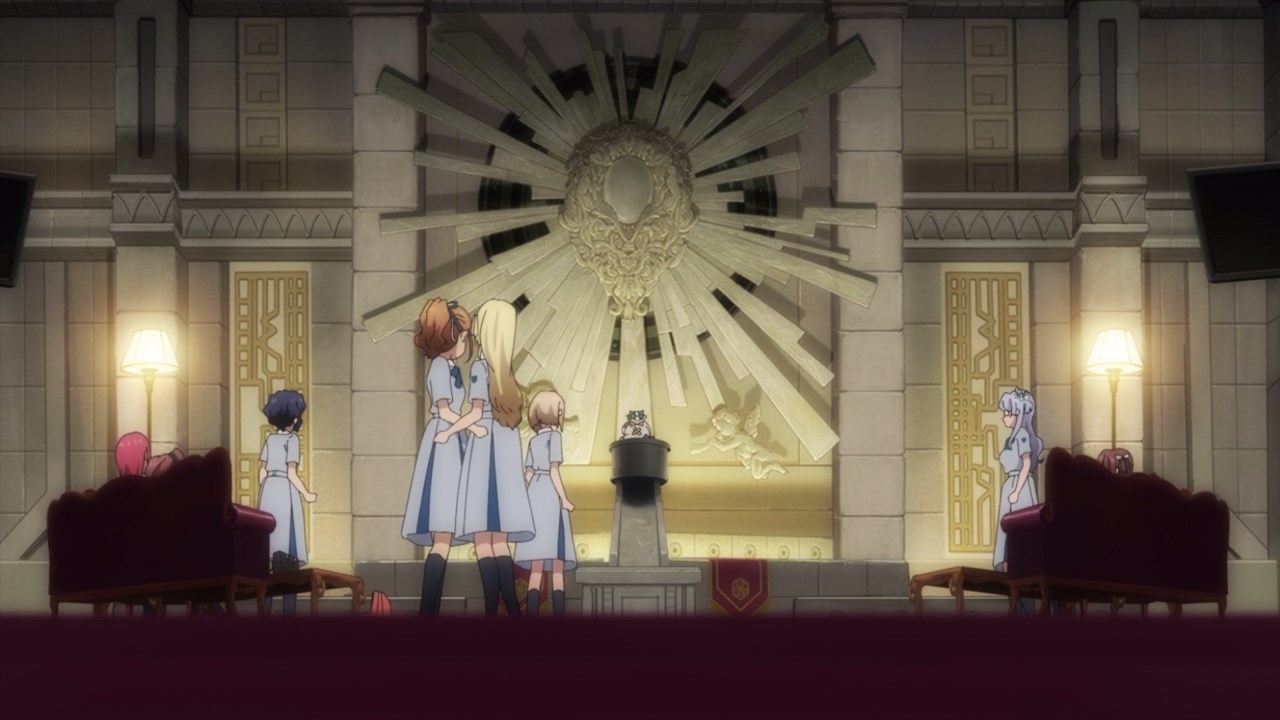 That’s until The Wall has spoken where it welcomed the girls to Nanabun no Nijyuuni. What. The. Fuck!? 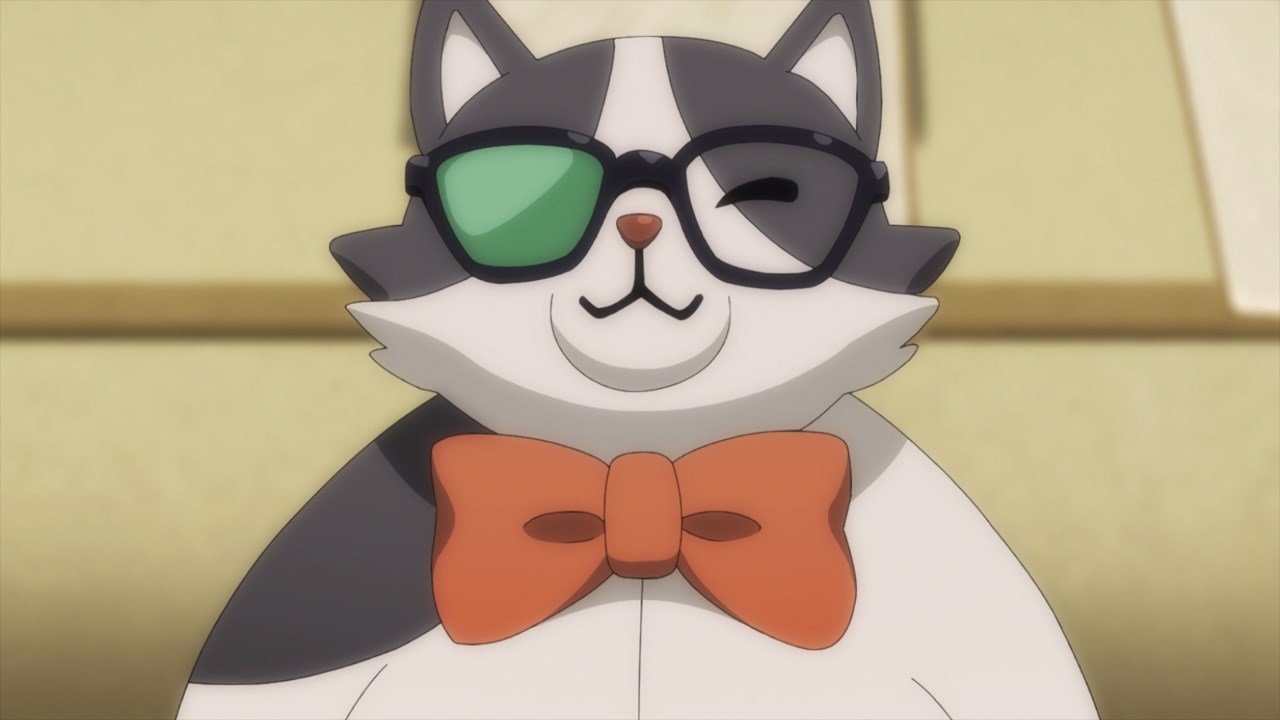 You know what, I have a feeling that The Wall is trolling us as it ordered the shutdown of 22/7 via its placards, only to welcome the girls back by speaking to them. Really, The Wall is one cheeky bastard!

On the other hand, it’s sad that Nicole Saitou went through a lot on her life from being constantly bullied by her peers. On the flip side, she got her chance to become an idol thanks to Production GIP but I doubt that 22/7 will be revived… or is it?

Anyways, next episode will determine the fate of Nanabun no Nijyuuni ’cause we don’t want this series to end on a whimper!