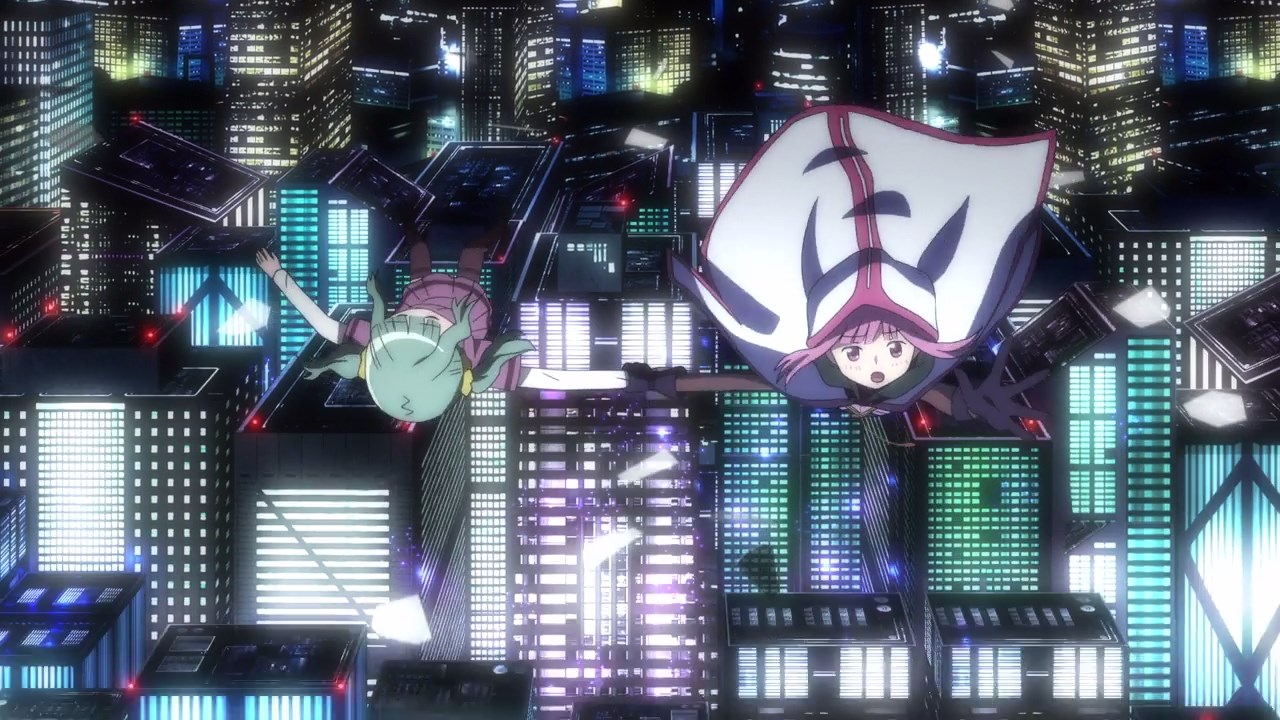 Well then, looks like Iroha Tamaki and Sana Futaba are now in the real-world, but they’re falling down to their death as we speak. 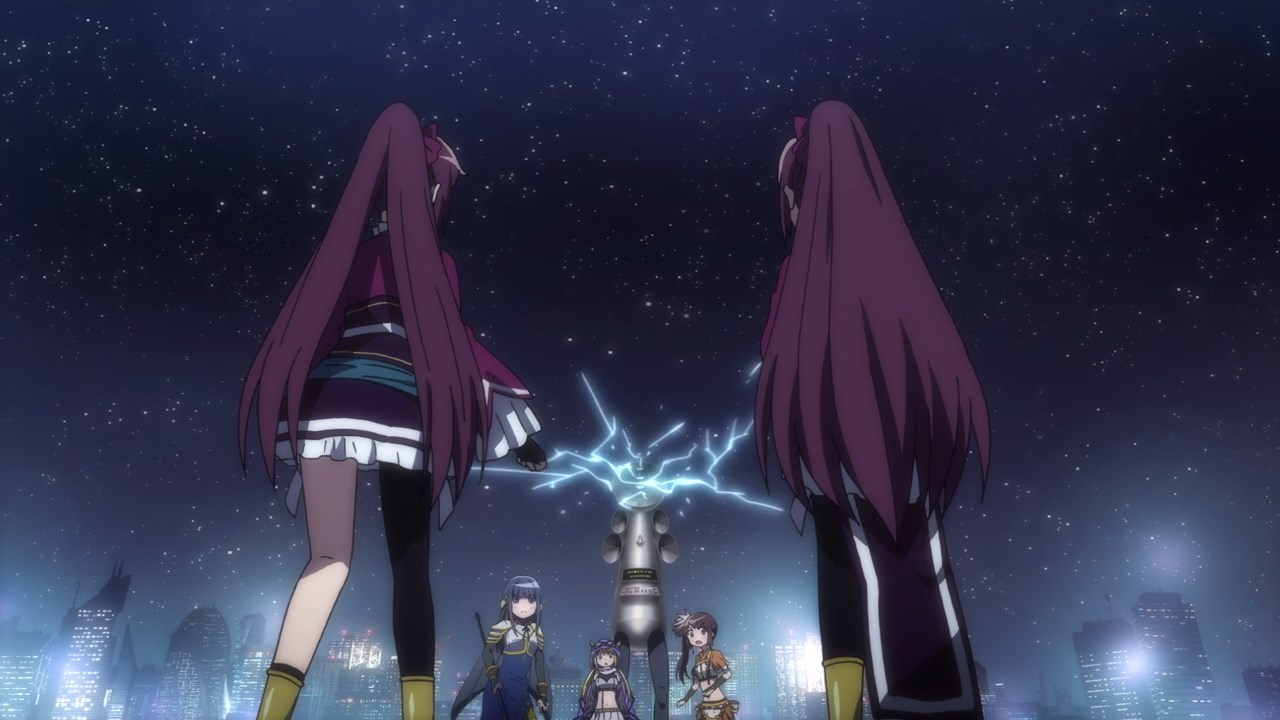 Meanwhile, here’s Yachiyo Nanami and her friends as they went to Kamihama Central Tower, only to find the Amane sisters where they supposed to hack the AI but their equipment has gone haywire.

Well actually, someone pushed the big red button that their satellite tower is producing electromagnetic waves. 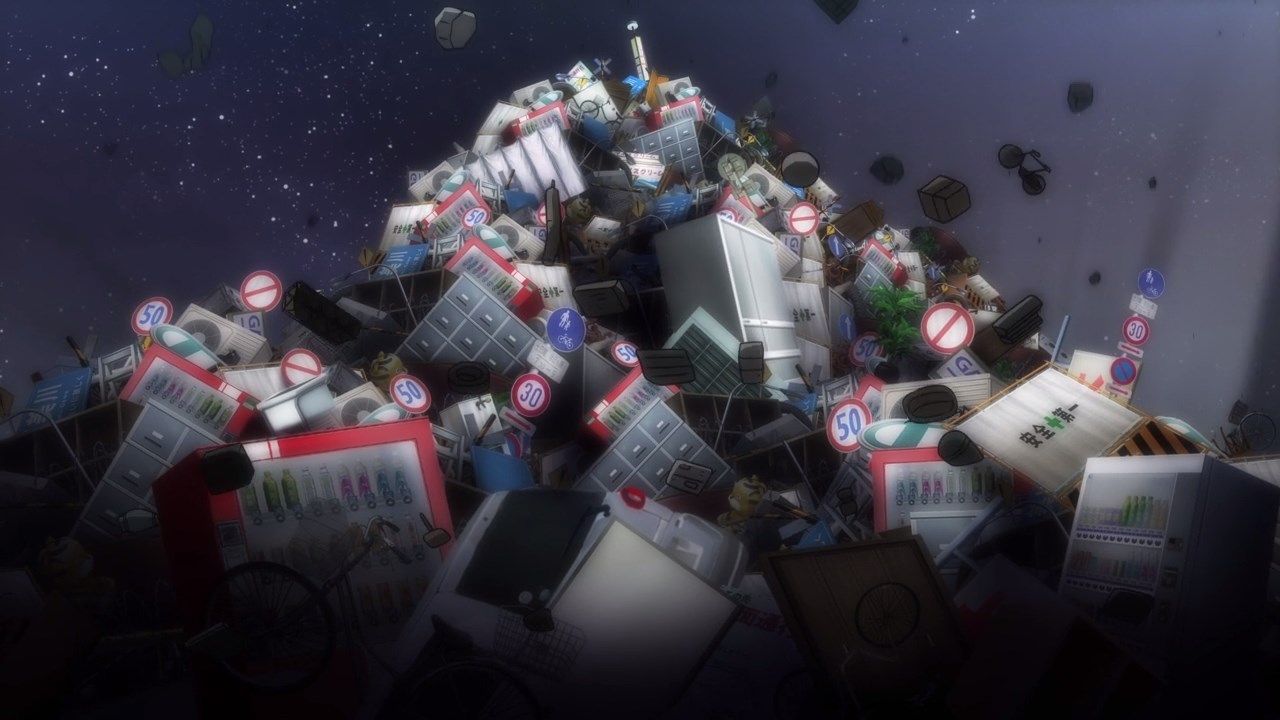 And as you can see, lots of garbage are piling up at Kamihama Central Tower. Of course, I’m worried about Iroha and Sana because their safety is top priority right now. 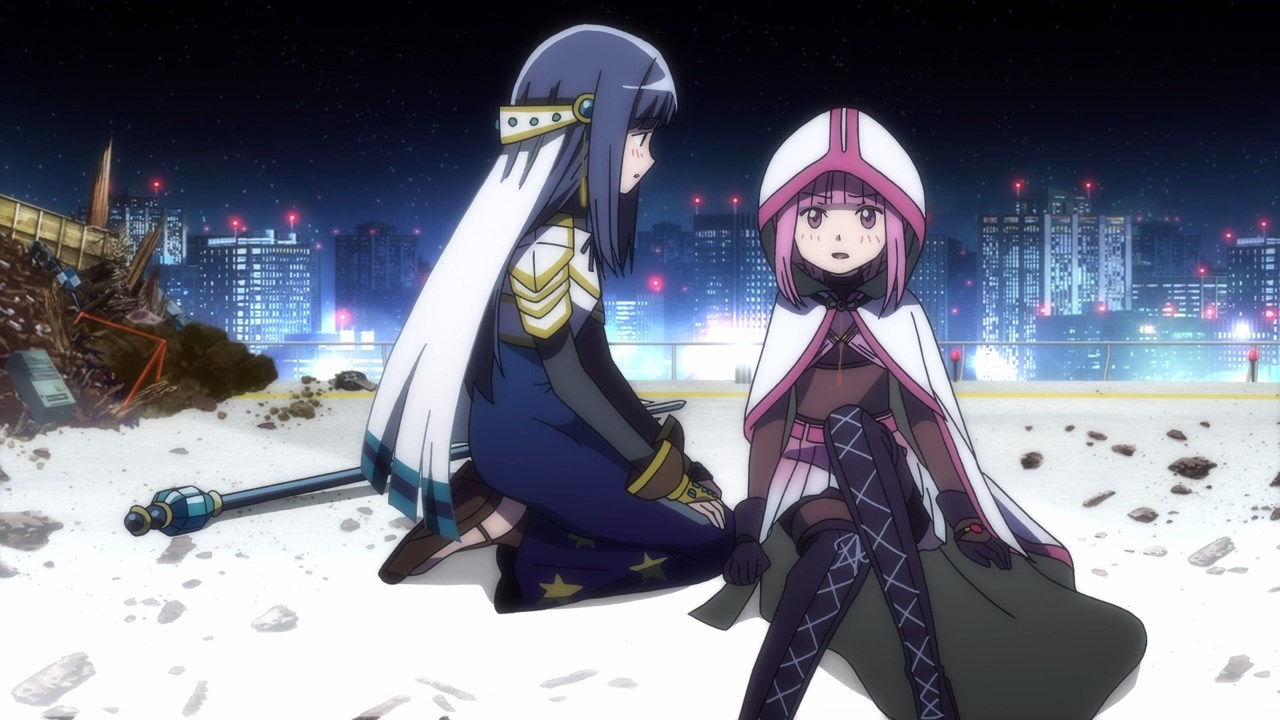 Well fortunately, Yachiyo Nanami rescued Iroha Tamaki which is a good thing but wait a minute, where’s Sana Futaba and if she’s okay? 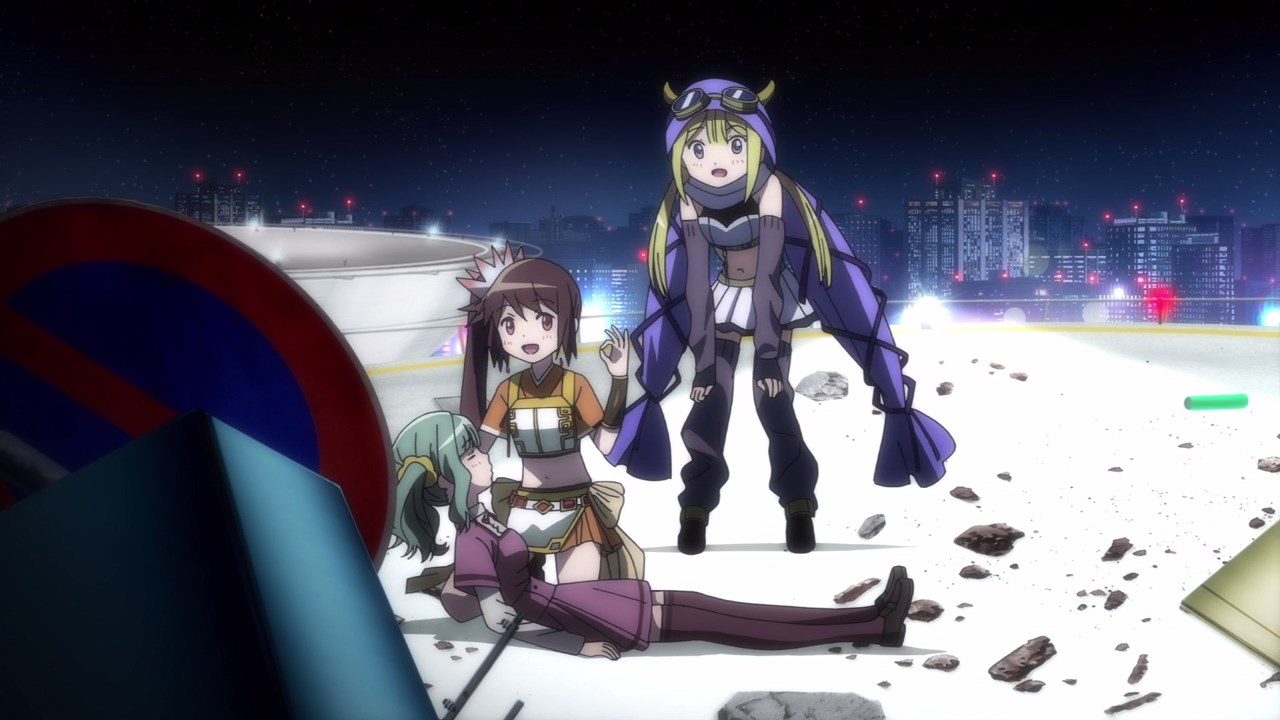 Oh, Sana is safe. Anyways, glad that both magical girls are safe, but let’s not forget that The Wings of Magius are still at the tower. 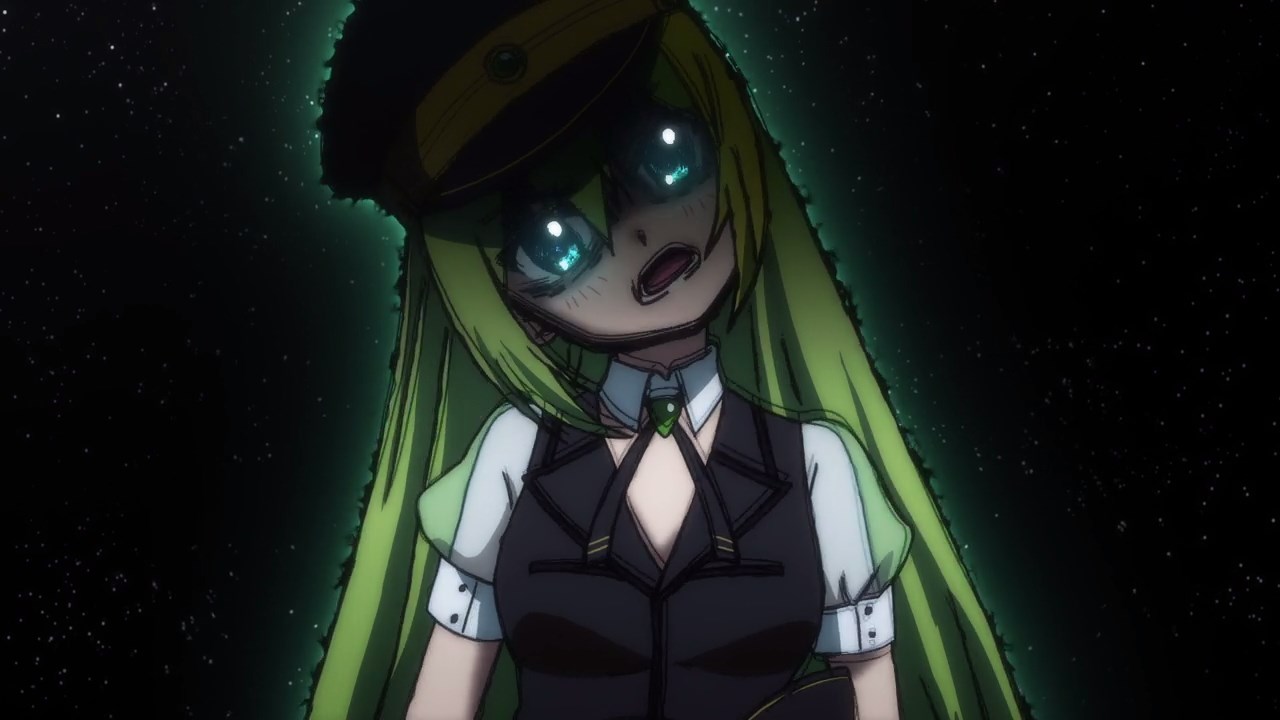 Especially Alina Gray where she finally loses her sanity. Yeah, she doesn’t like being outsmarted by Iroha Tamaki and the Uwasa from the Endless Solitude. 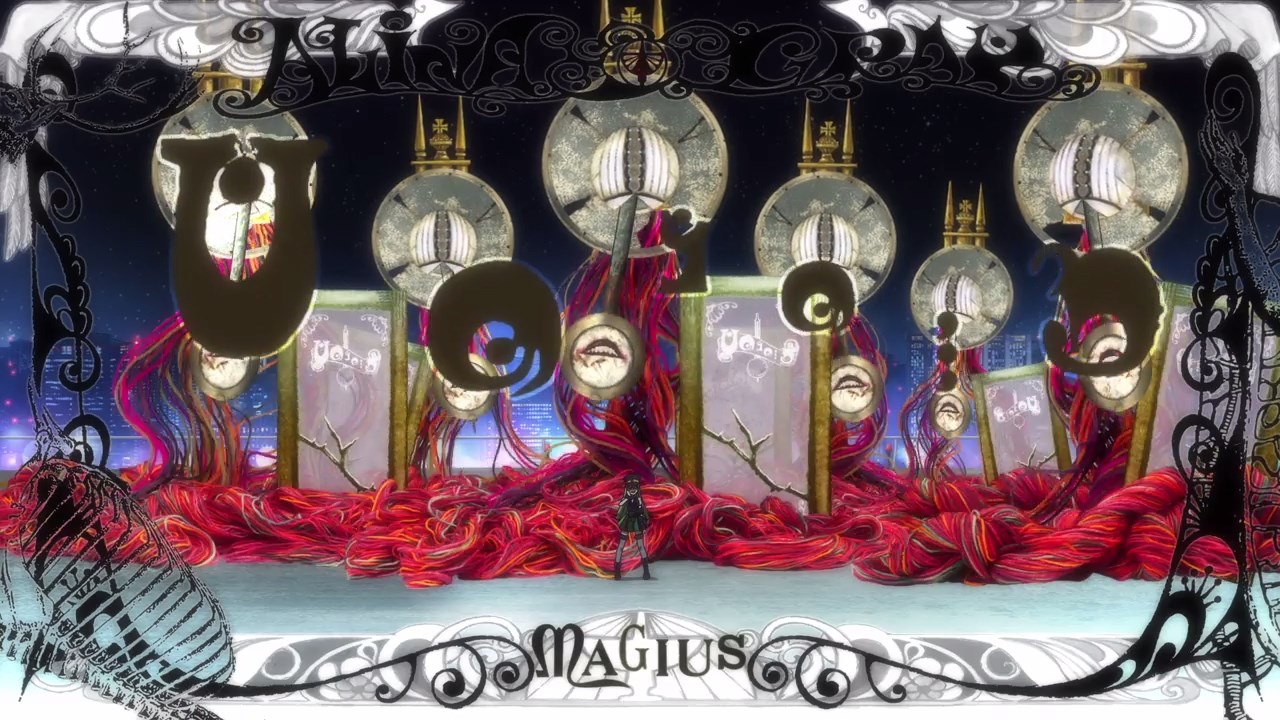 So, Alina summoned witches to crush everyone, including the Amane sisters. Well, time for Felicia’s hatred against witches to kick in! 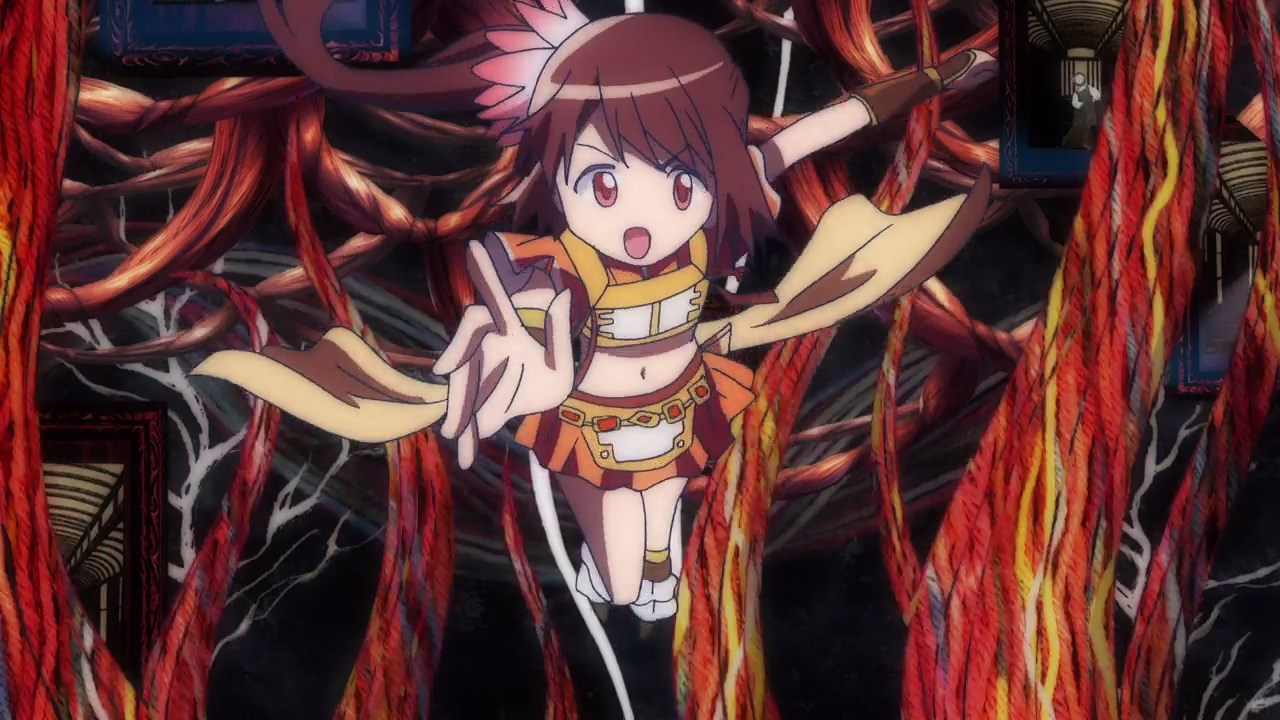 But, Felicia Mitsuki needs some help to kill some witches but luckily for her, Tsuruno Yui will lend her a hand… 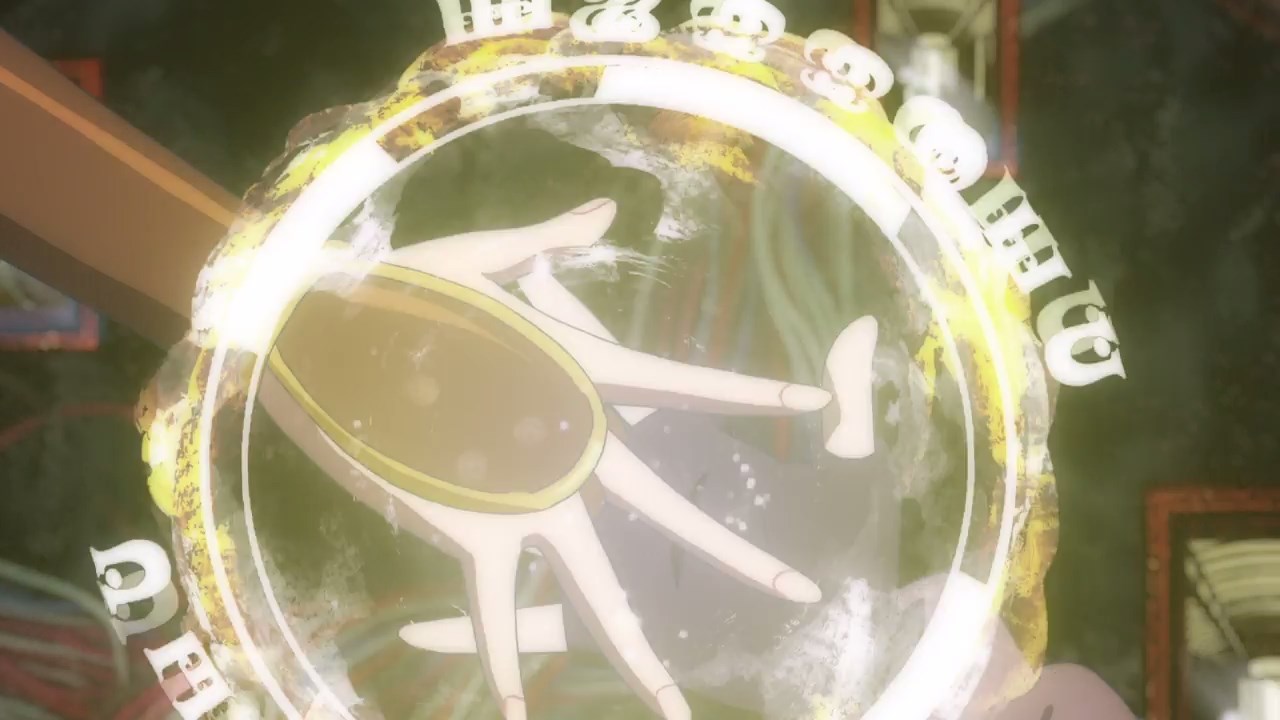 Well, literally as Tsuruno lend her fire powers to Felicia so that she can burn witches. 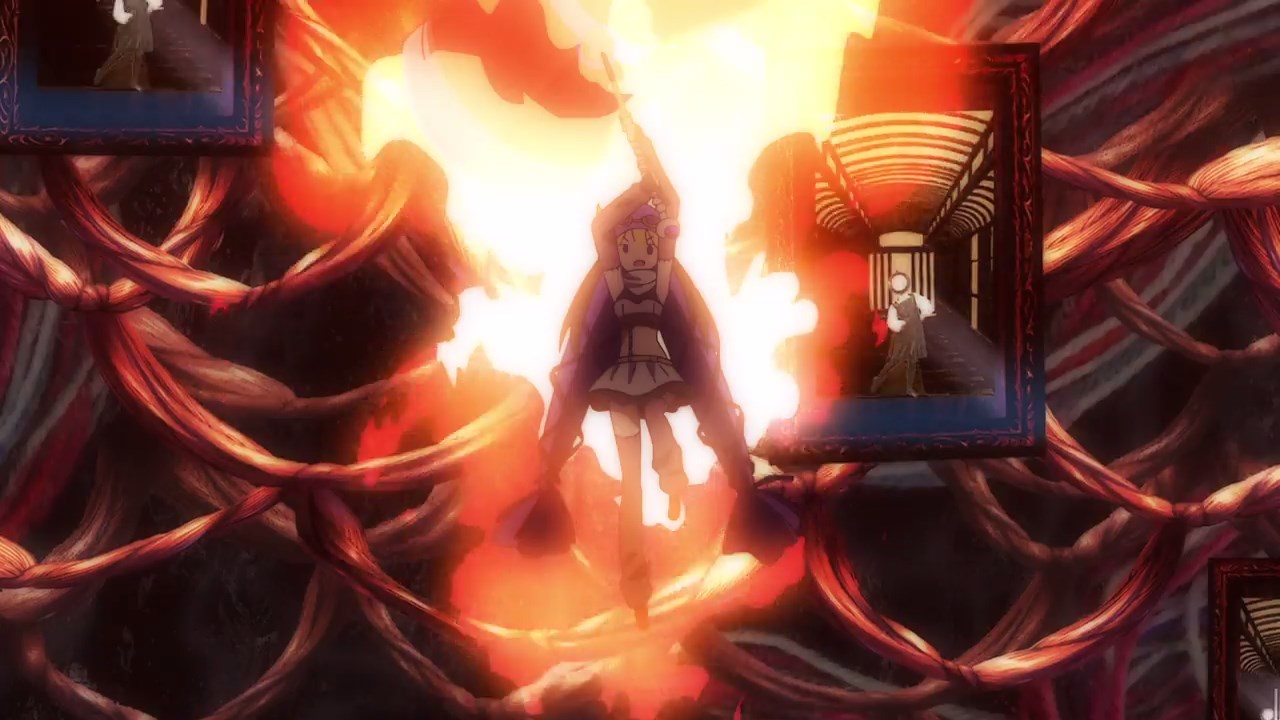 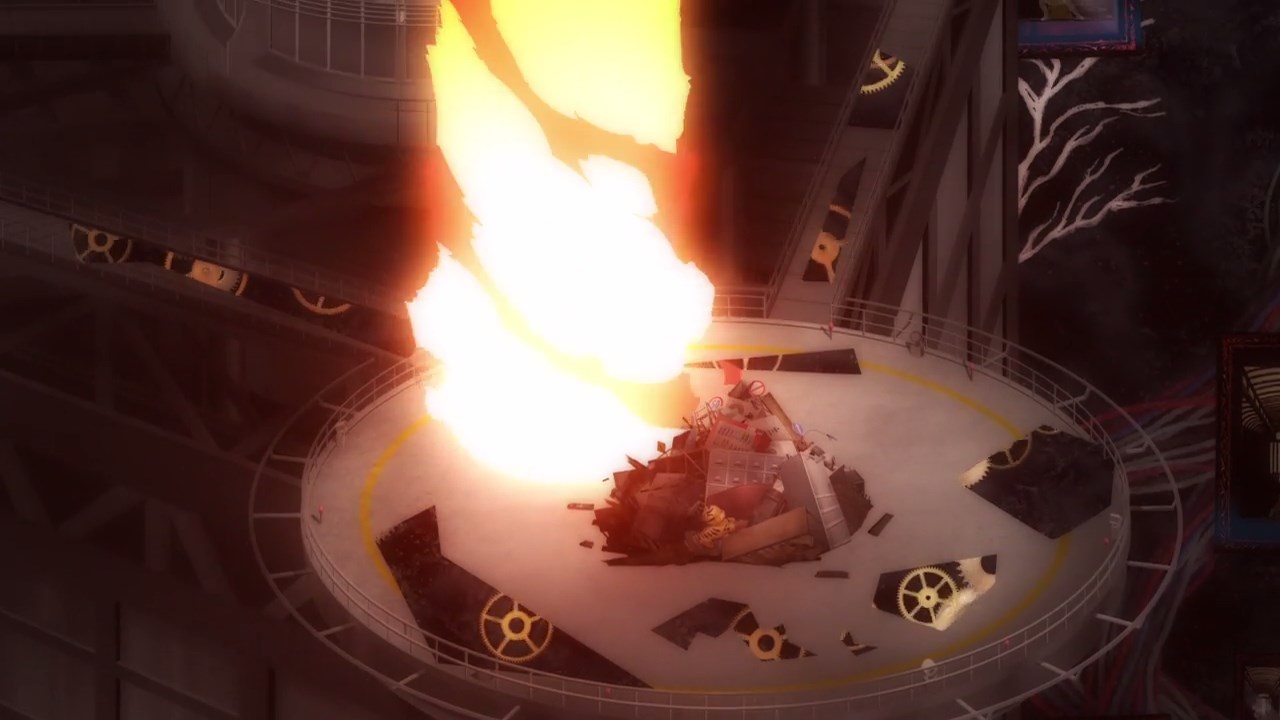 With that said, Felicia Mitsuki used Tsuruno’s fire powers to her hammer, and strike the ground with extreme force that she create a fire pillar.

Still, I don’t think Felicia’s attacks would make a dent towards Alina’s witches. 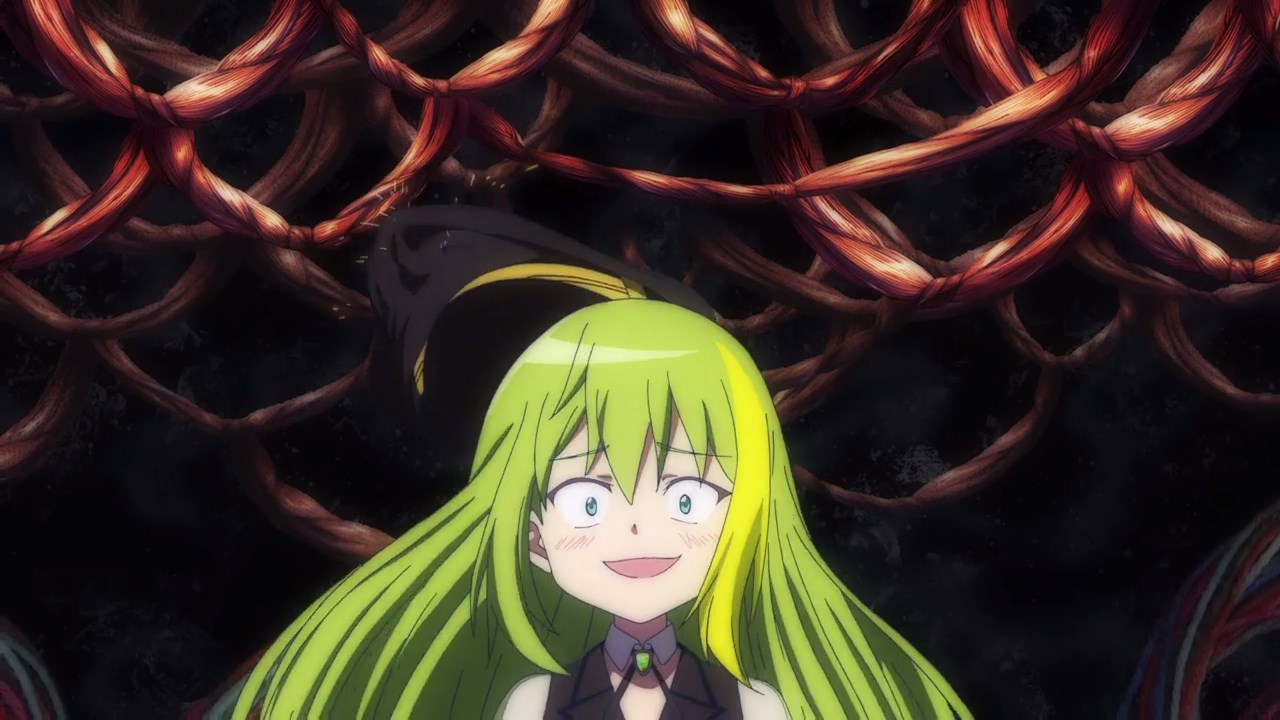 On the other hand, someone sniped Alina Gray in the head but it looks like her hat got taken out instead. Okay girls, raise your hand on who did this? 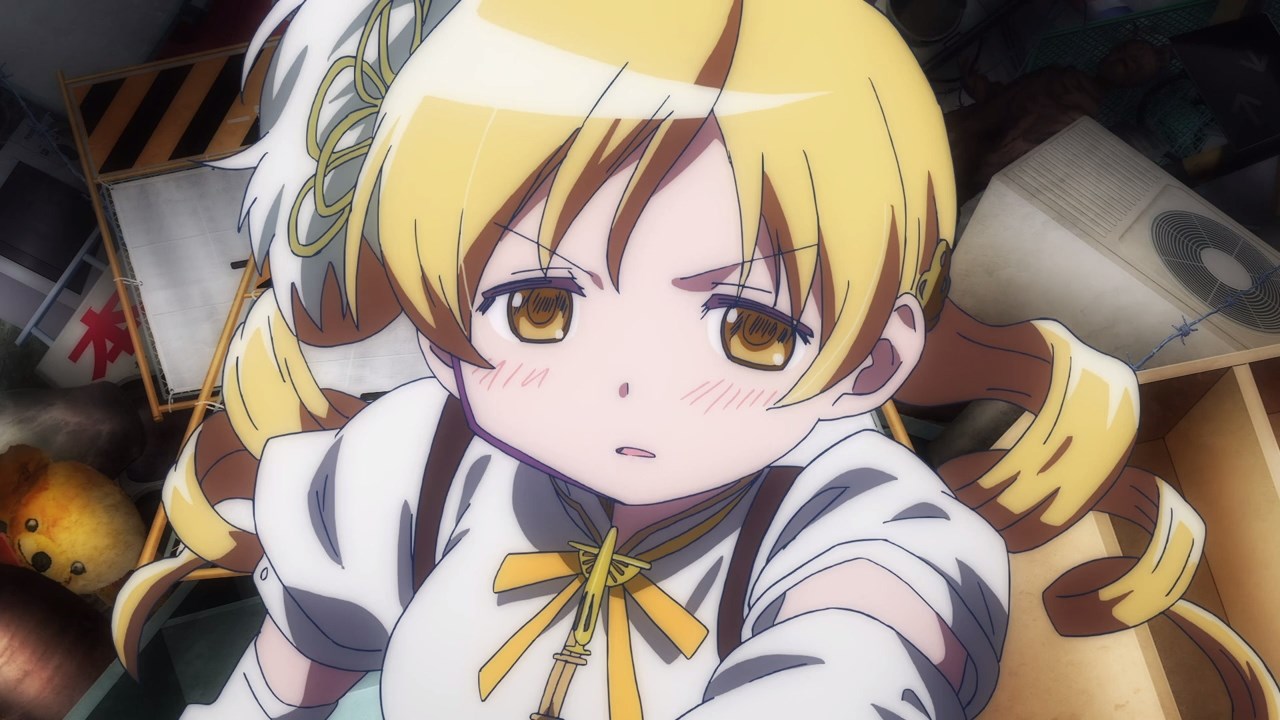 Oh, it’s Mami Tomoe as she’s back but more importantly, is Mami wearing a necklace that resembled The Wings of Magius? Don’t tell me that she joined the dubious organization! 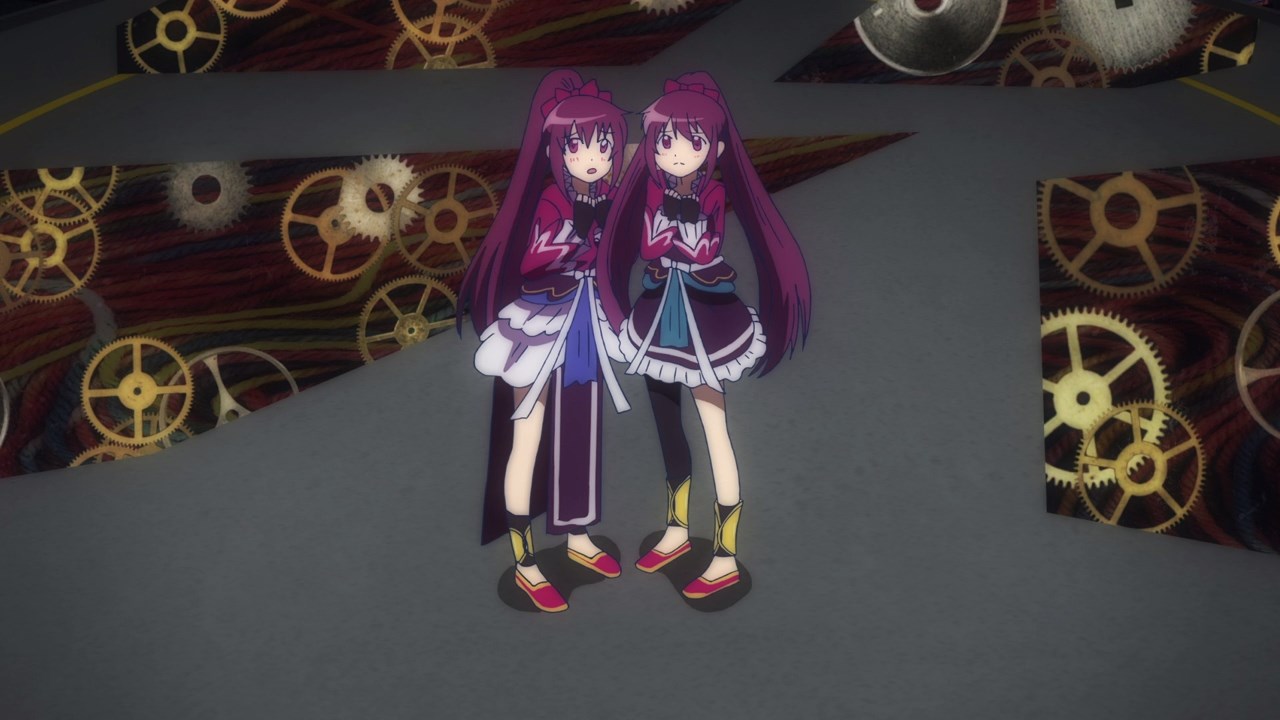 For now, Mami Tomoe told Tsukuyo and Tsukasa Amane to clean up Alina Gray’s mess by sealing her witches. 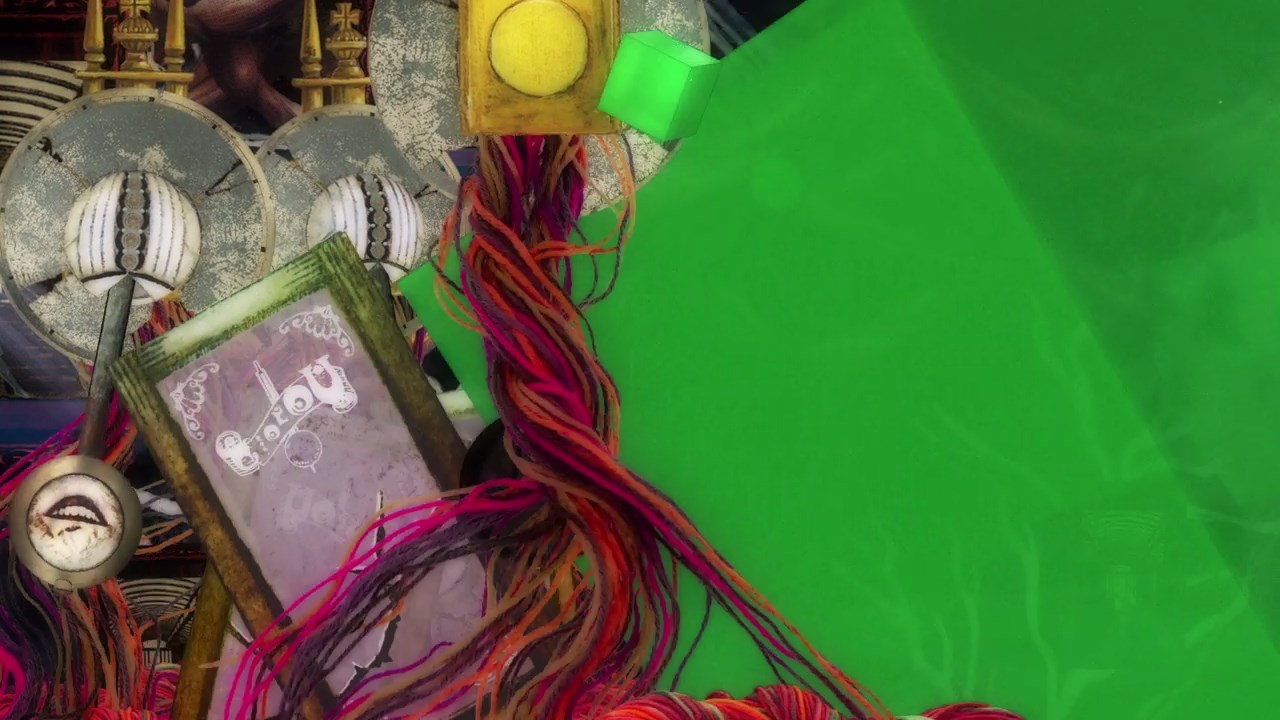 C’mon, they don’t wanna leave anything weird behind… except for the debris that piled up at the top of Kamihama Central Tower. 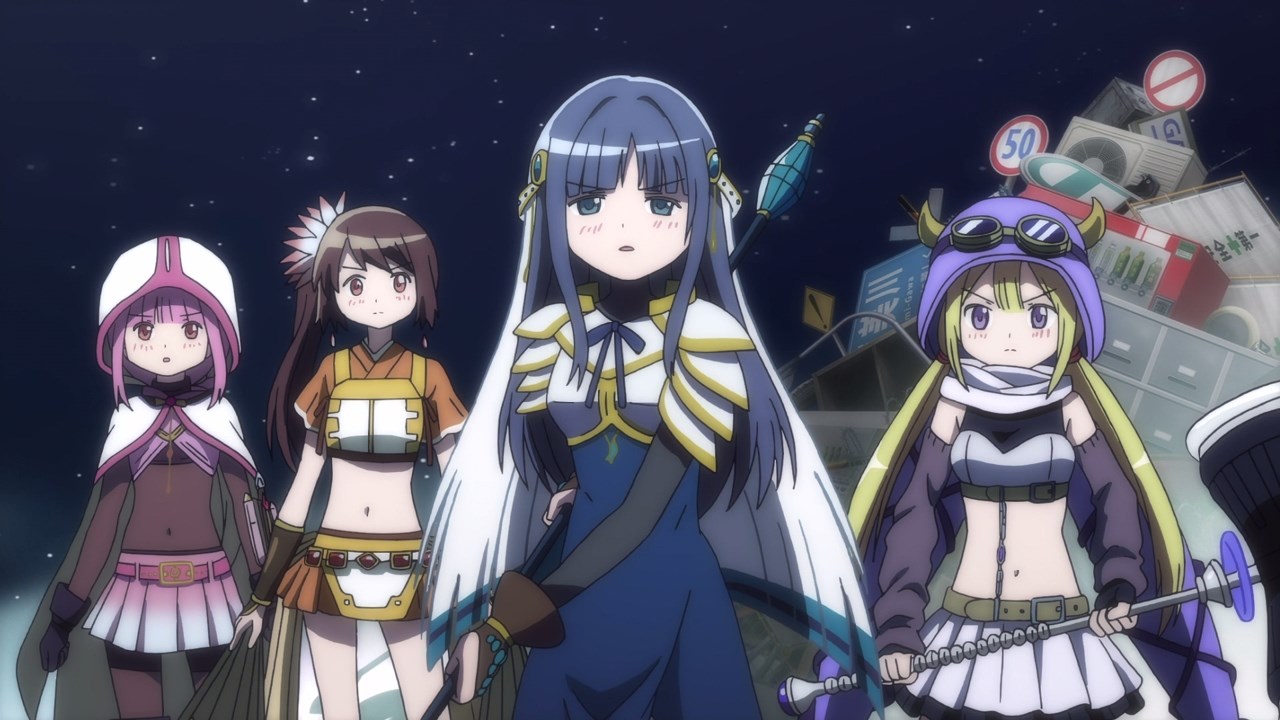 With that said, looks like The Wings of Magius has lost the battle but before they leave, Yachiyo Nanami asked Mami Tomoe on why she joined the organization. 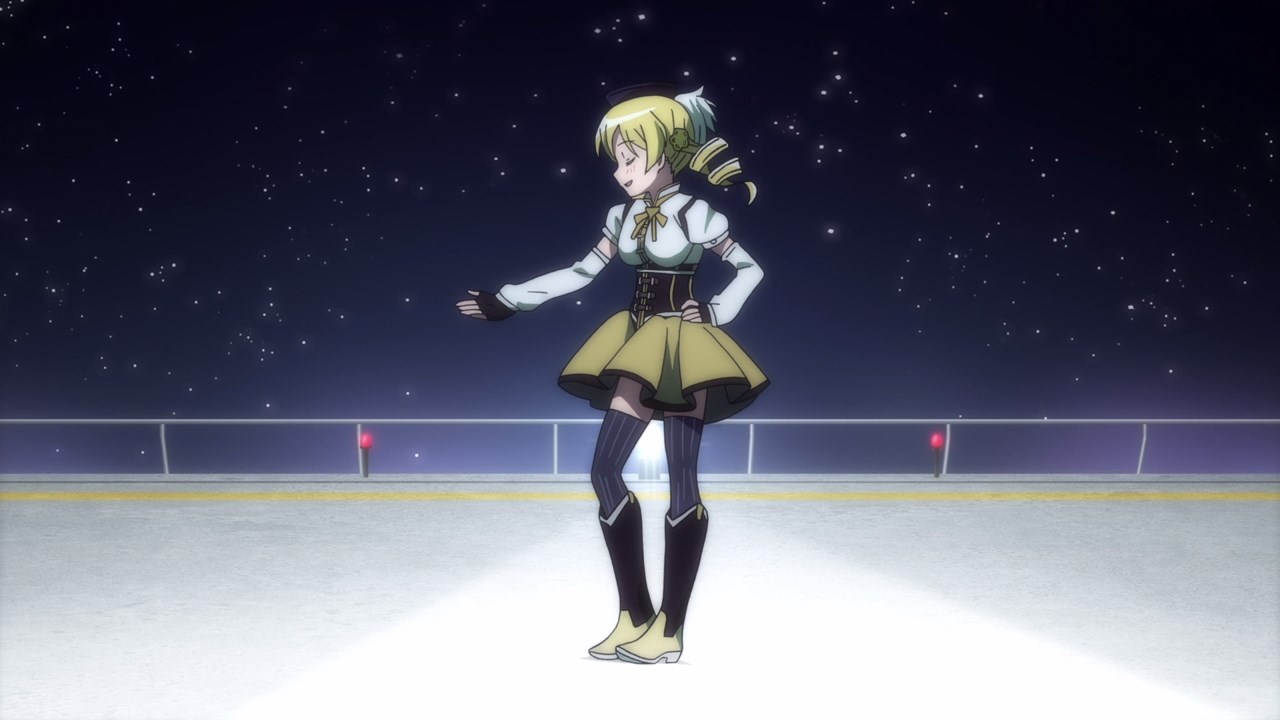 Well, her only reason for joining Magius is to save all magical girls, although Madoka Kaname did that already before Homura Akemi ruined it.

So while Mami Tomoe believes that Magius will bring salvation to all magical girls, I really doubt it! 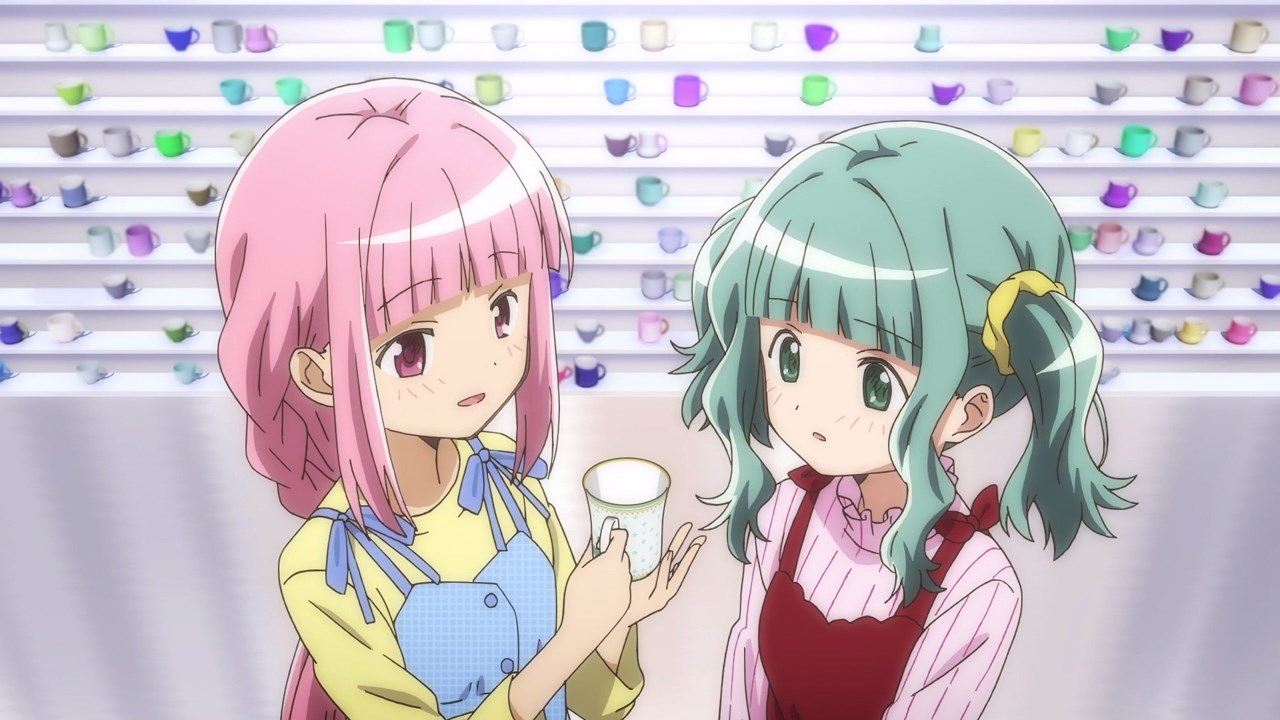 Now then, here’s Sana Futaba where she’s now staying at Mikazuki Villa, meaning that she’ll be sleeping together with the likes of Iroha Tamaki and Yachiyo Nanami. 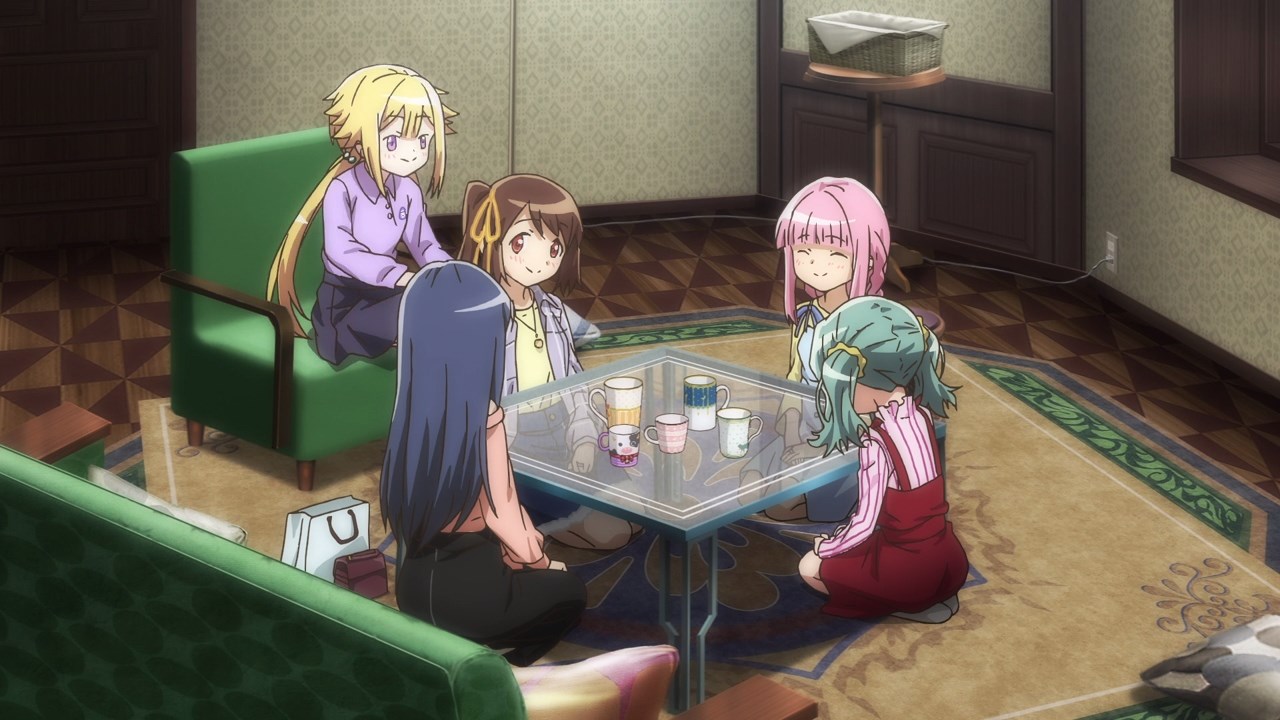 Unfortunately, Sana Futaba felt that she doesn’t belong at Yachiyo Nanami’s house as she would rather stay at a secluded place by herself. I mean, she felt gloomy talking to her peers. 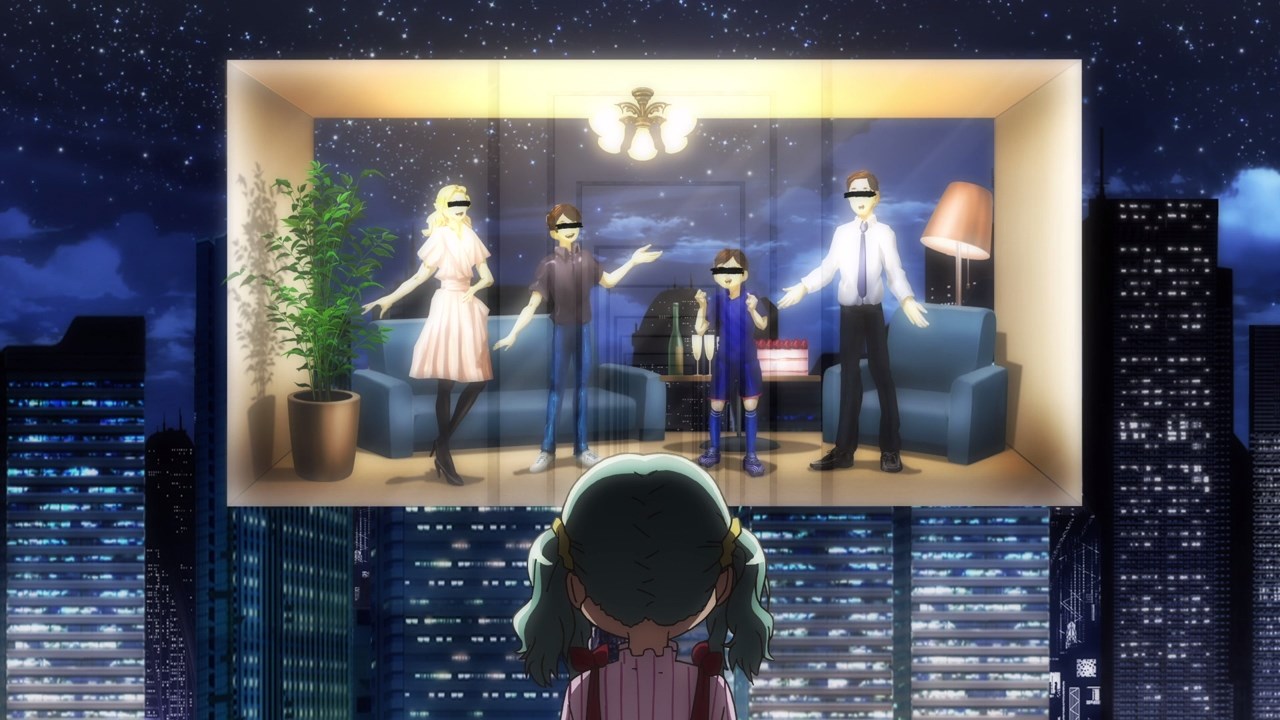 Oh yeah, Sana Futaba went back to her old home where she’s not surprised to see that her own family is happy without her around.

So given that her parents and sibling already disowned her, as well as the complete destruction of the Endless Solitude, Sana has no place to go other than Mikazuki Villa. 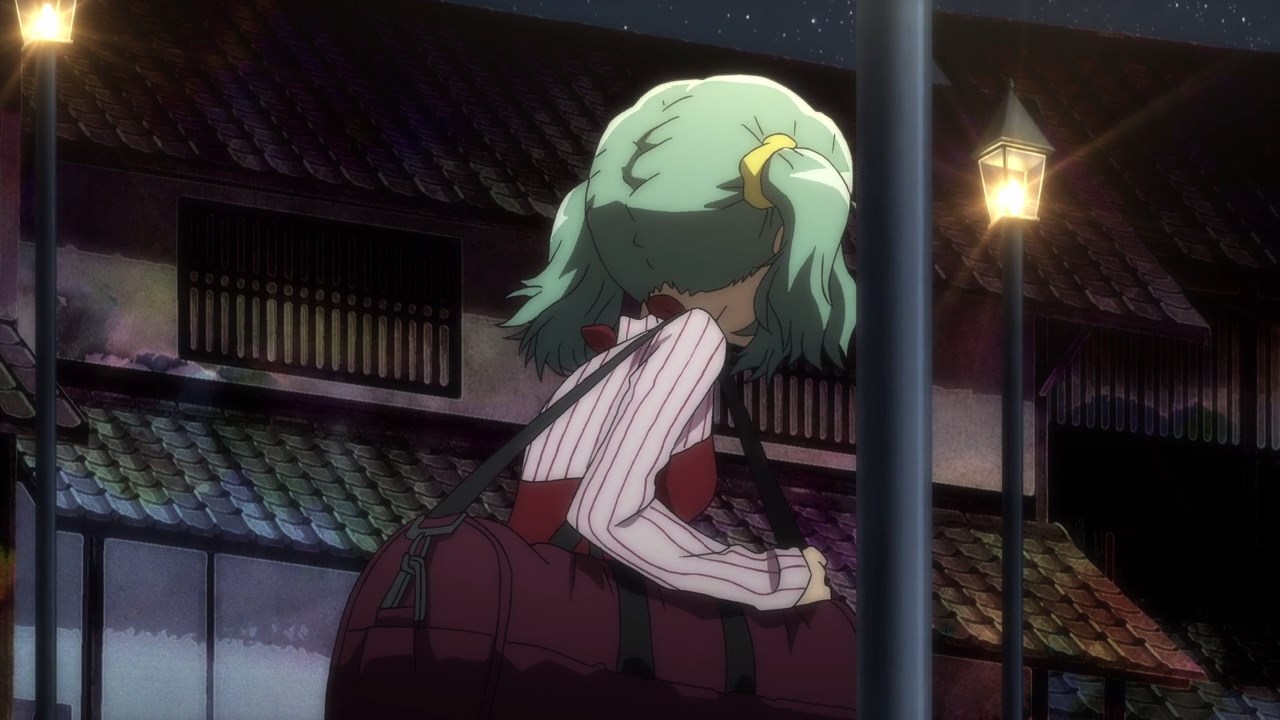 And so, Sana took her belongings and head to Yachiyo’s place because that’s where she belongs. 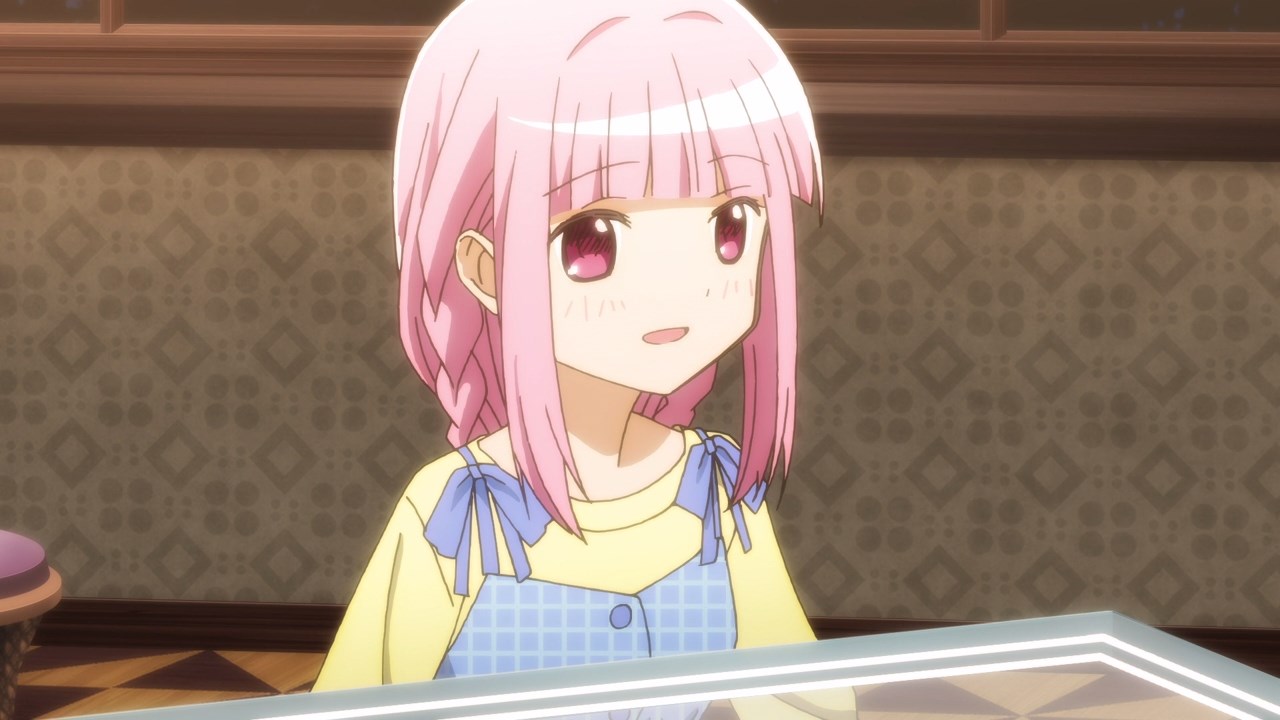 And really, everyone welcomed Sana with open arms as she’s a fellow magical girl and a friend. 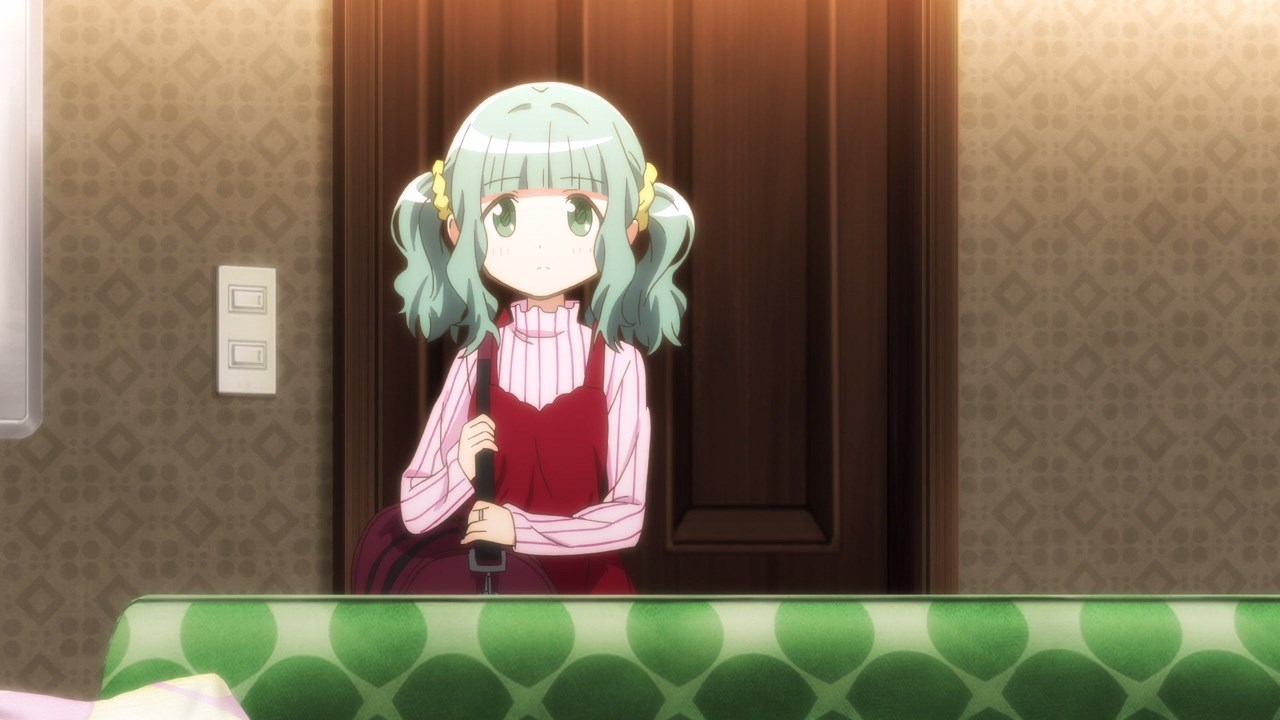 Anyways, looks like we’re done on this story arc as Sana Futaba has finally joined Iroha Tamaki’s group. With that said, I’ll see you next time… Nah, there’s still more! 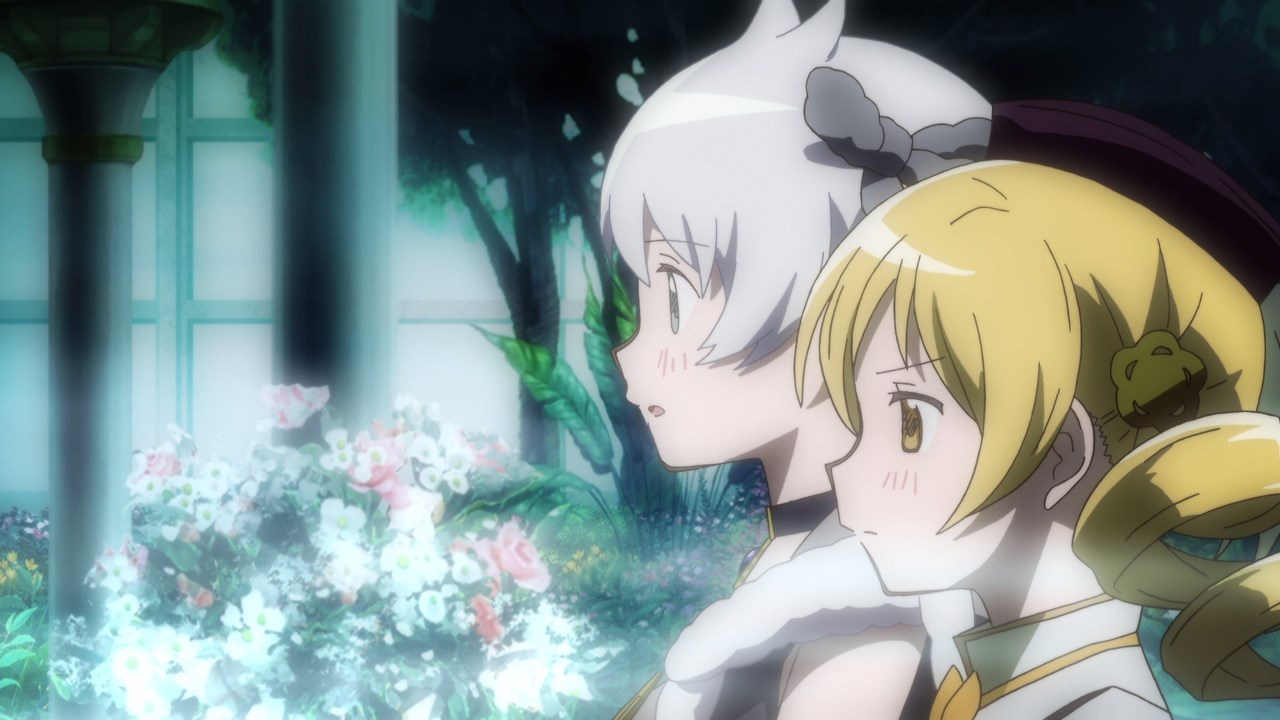 Let’s move onto The Wings of Magius as Mifuyu Azusa told the higher-ups that they failed to capture the Uwasa. 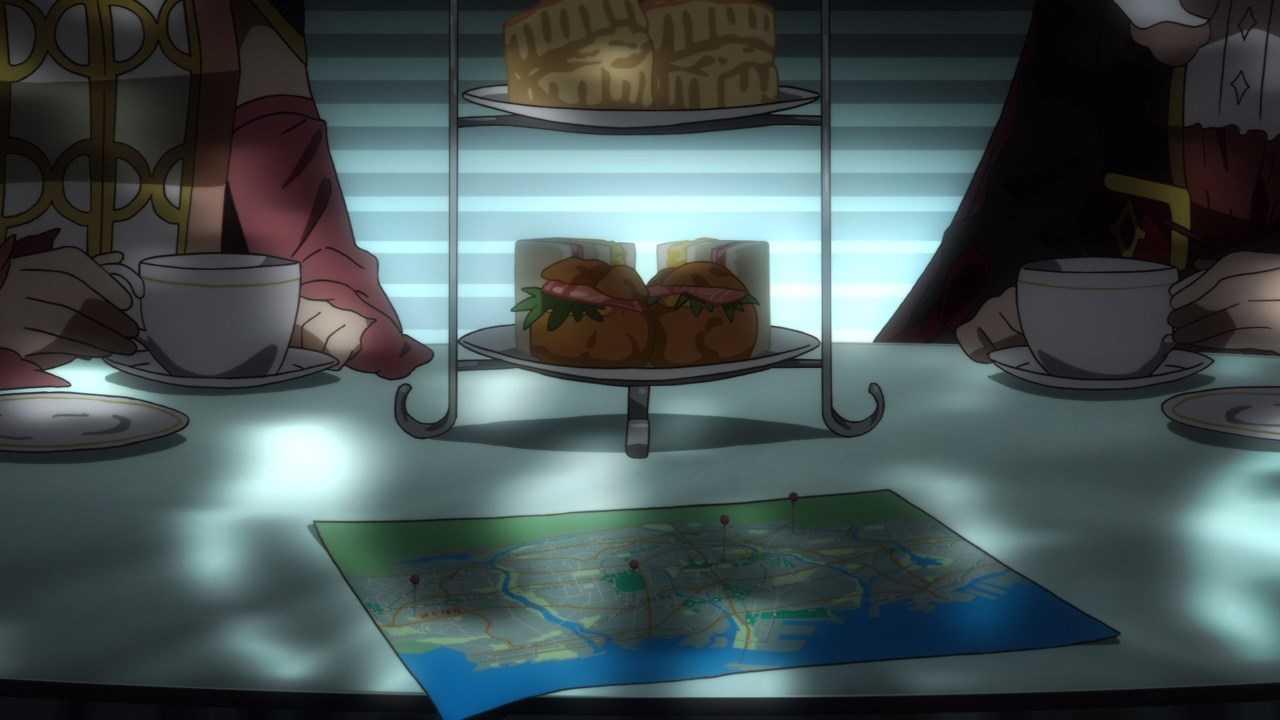 Unfortunately, we haven’t seen the head honcho’s faces on this episode but you know what, we’ll know them eventually. 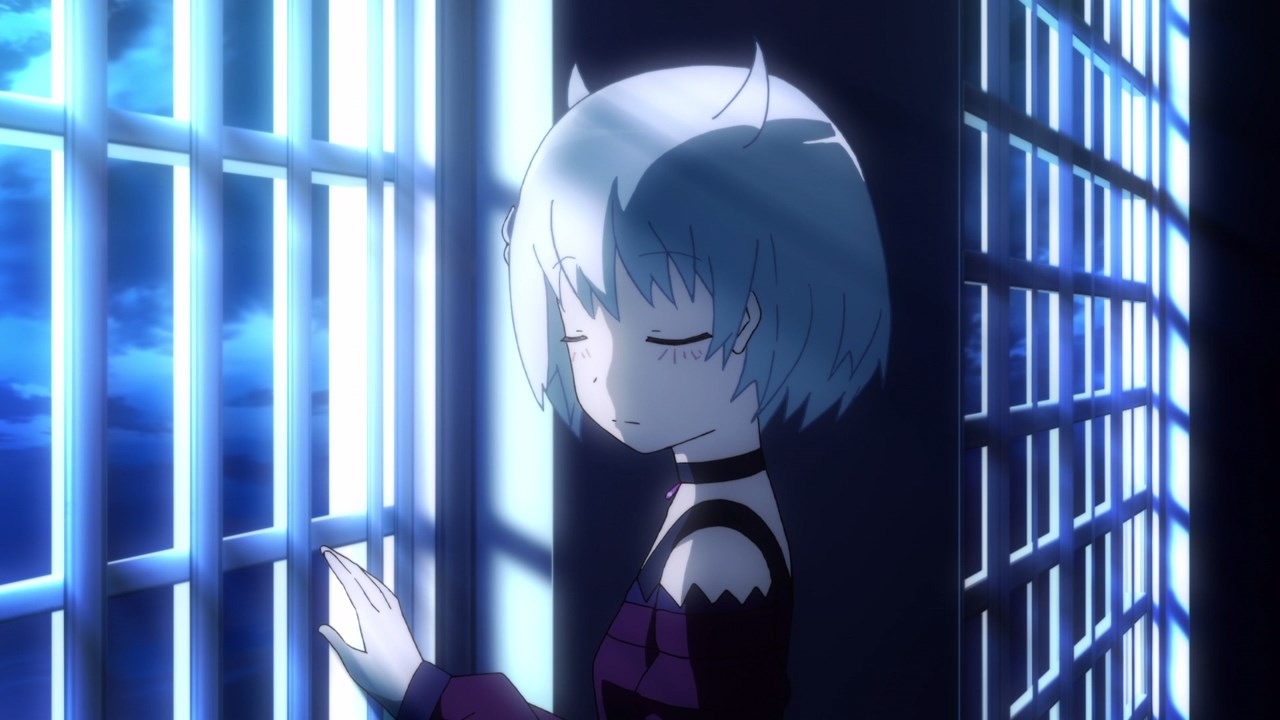 Speaking of Mifuyu Azusa, she’s still worried about her friend as she’ll fight Yachiyo Nanami again because of her beliefs. 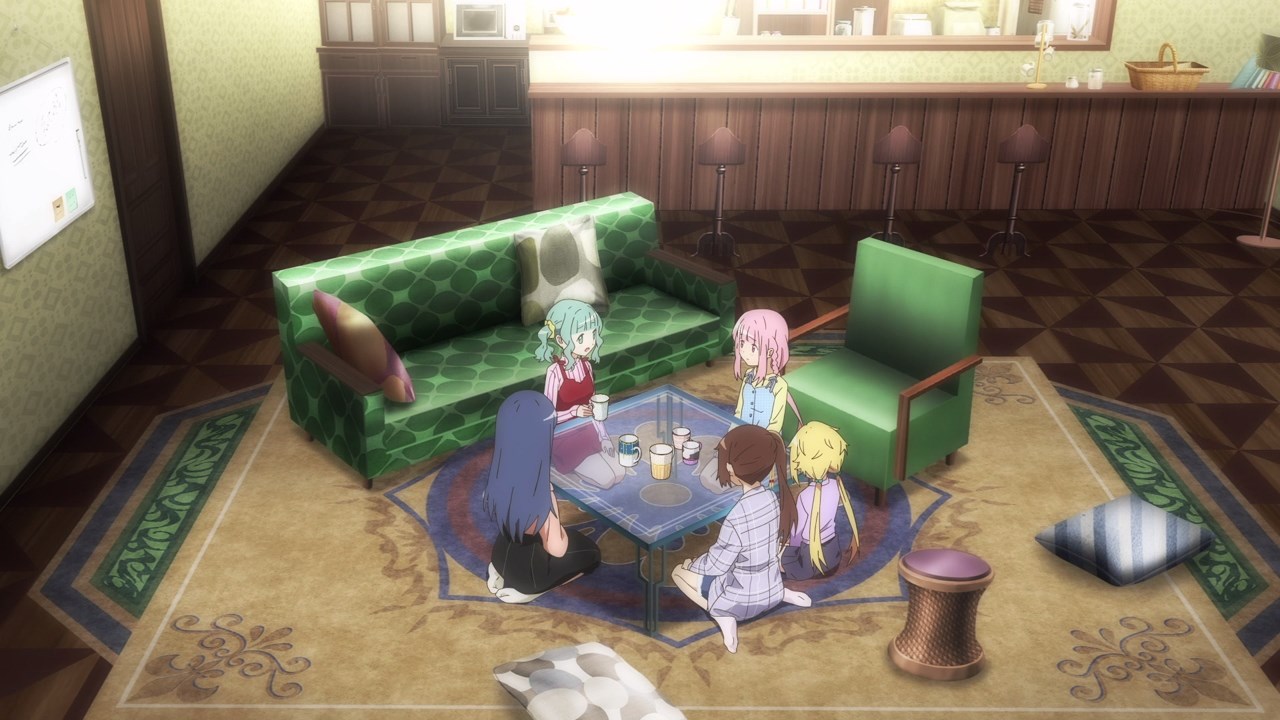 One last thing, it appears that Sana Futaba knows about Ui’s friend Nemu Hiiragi where she’s part of Magius. This means that Iroha has a clue on her sister’s whereabouts. 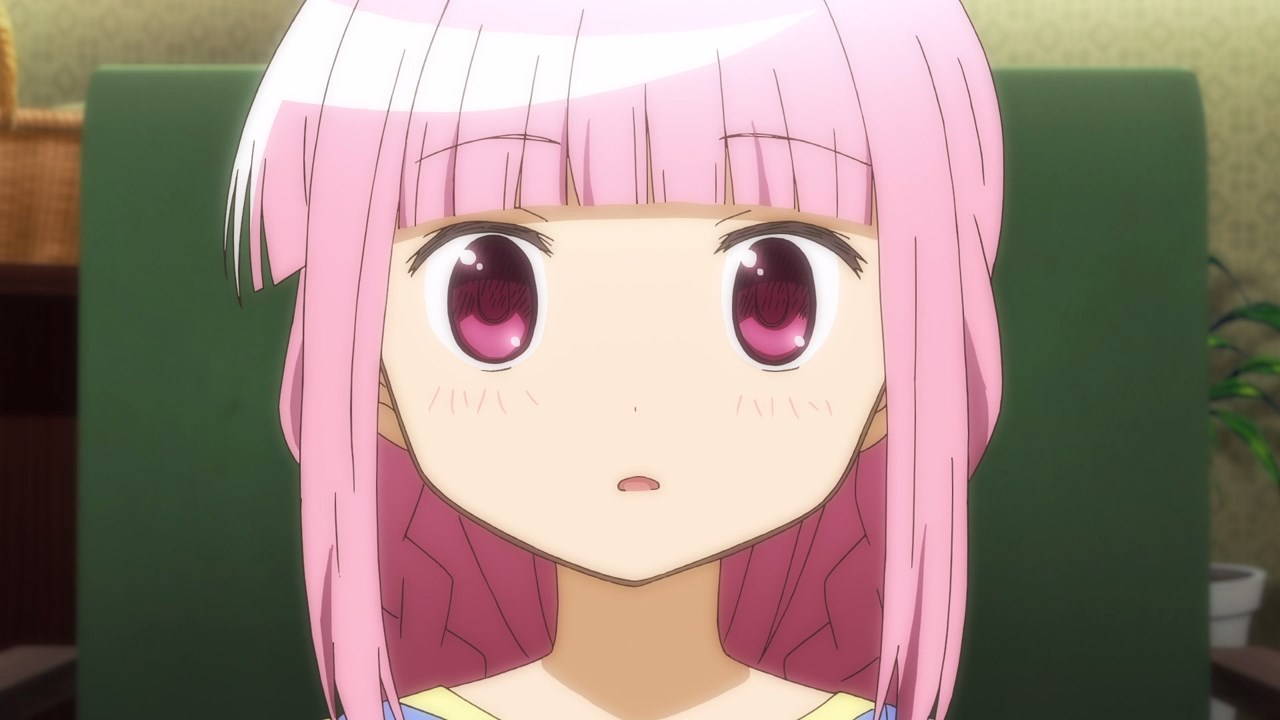 But for now, I’ll just leave this post right here as Iroha Tamaki is stunned to the revelation that Nemu is still around. See ya next episode… for reals this time!