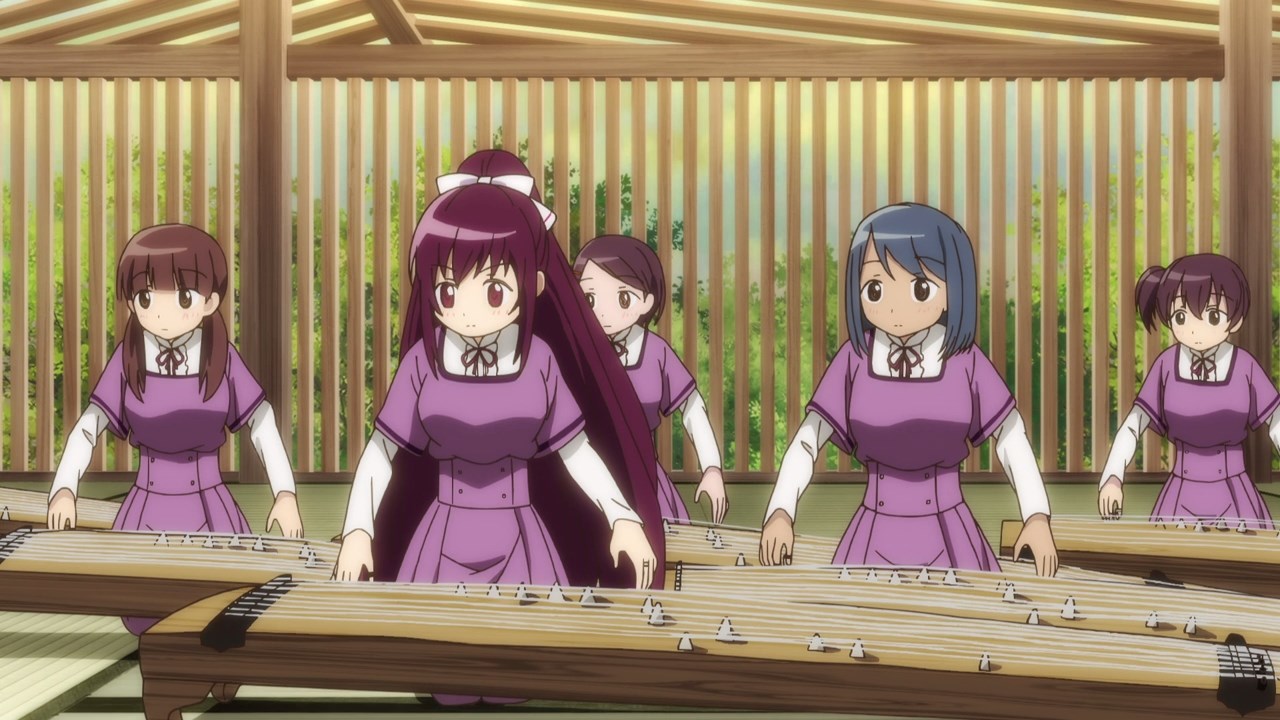 Oh look, we got one of the Ama- Sorry, I meant one of the Akatsuki sisters as Tsukuyo plays the koto at her club. Oh yeah, this koto club has Mifuyu Azusa as a former member. 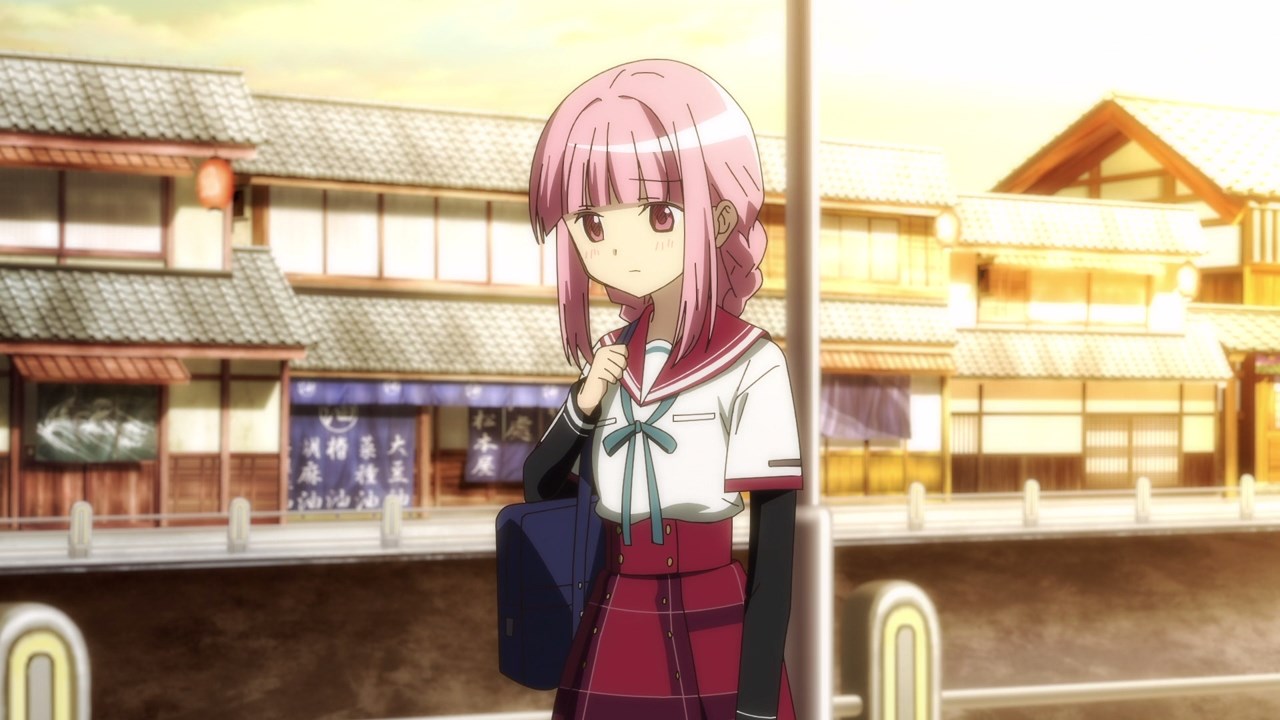 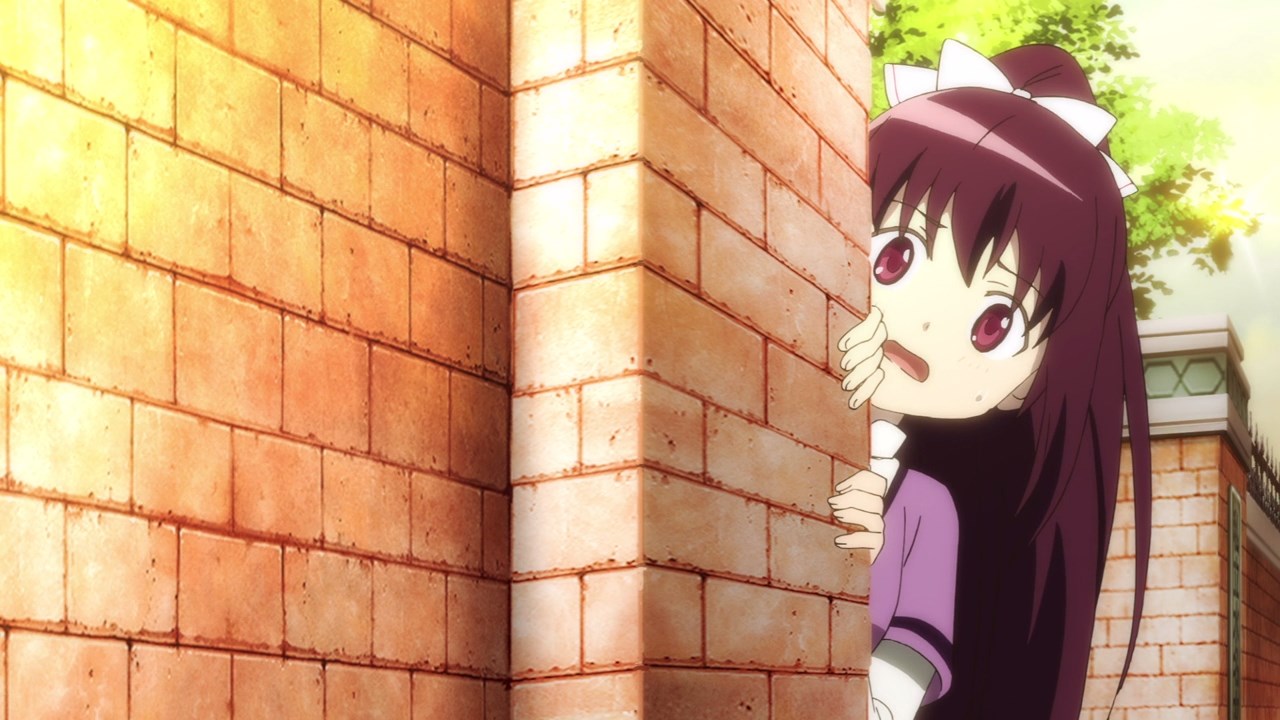 In any case, Tsukuyo encountered Iroha Tamaki in which she doesn’t want to deal with her because c’mon, she’s a member of The Wings of Magius. 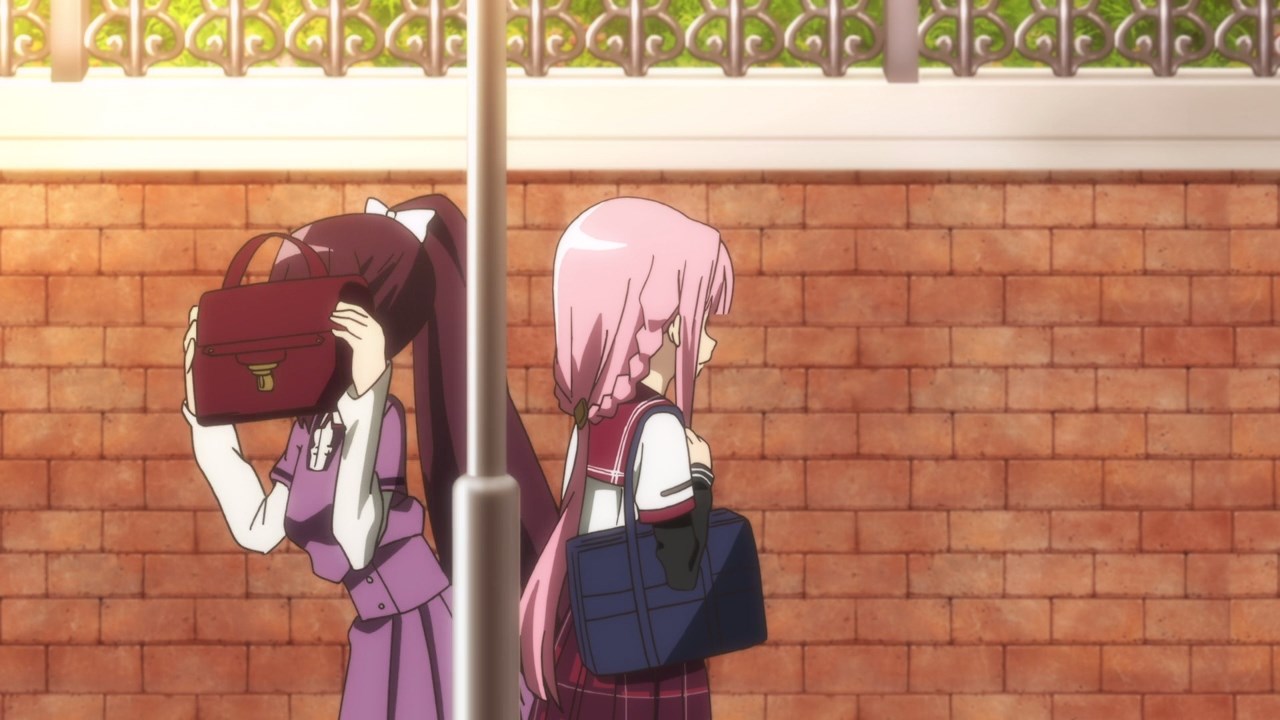 So, Tsukuyo Akatsuki hide her face as she walks away from Iroha Tamaki. Just an ordinary high school student passing through. 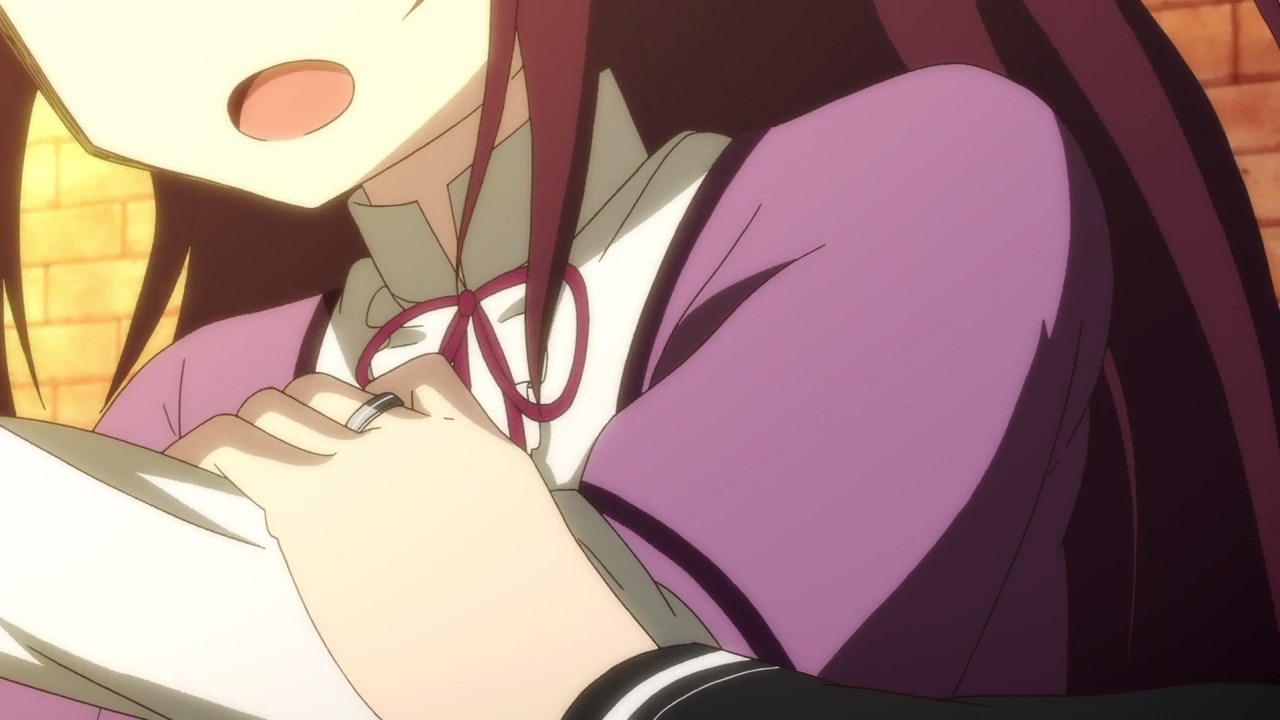 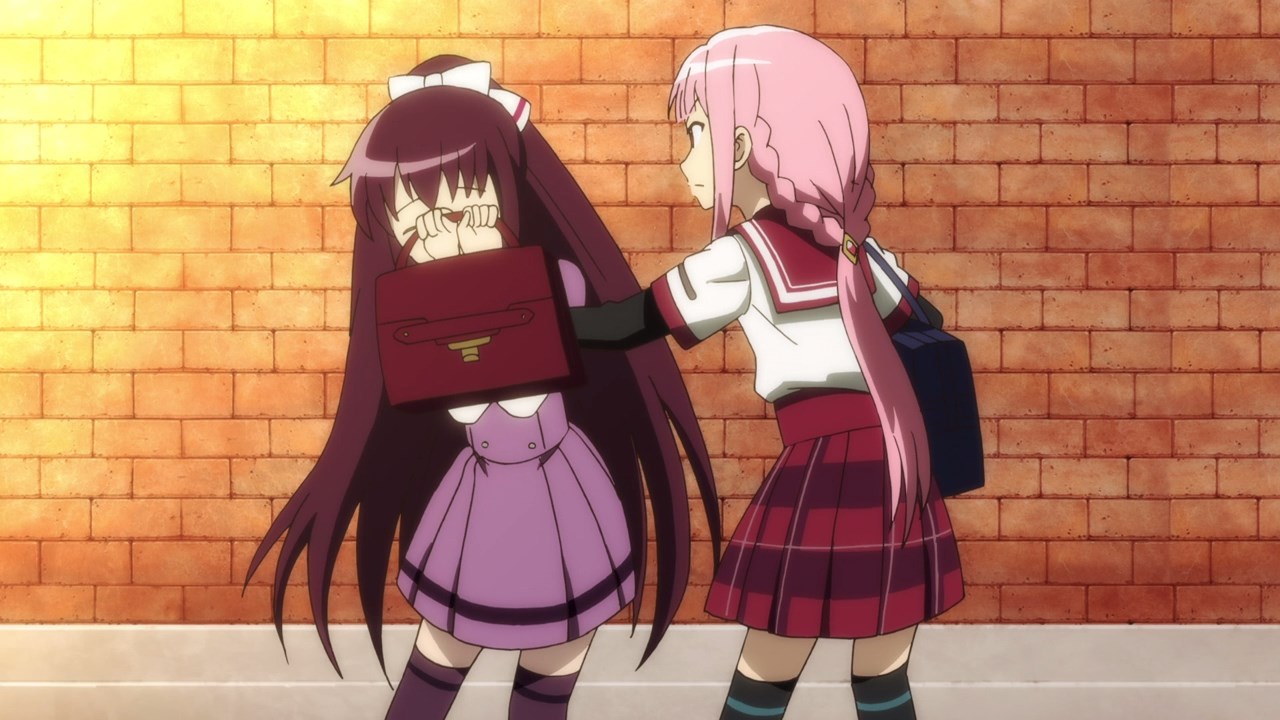 Of course, Tsukuyo doesn’t want anyone to know that she’s a magical girls and a member of Magius. 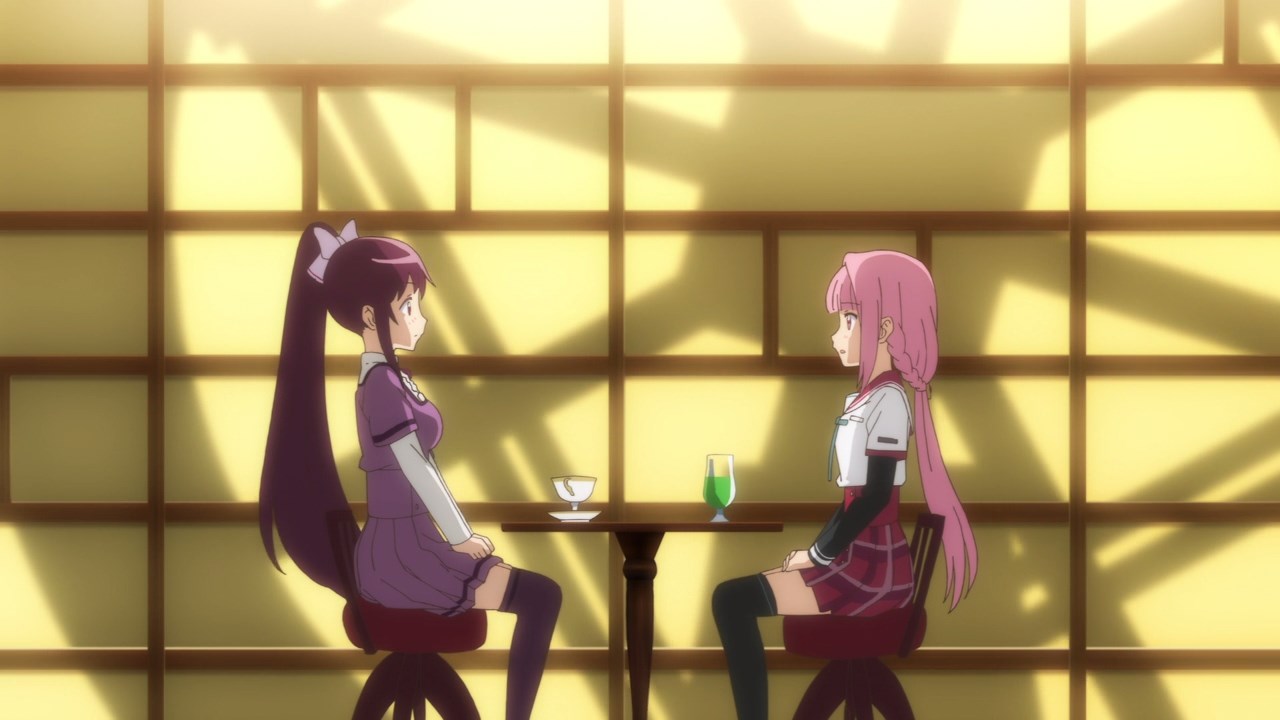 So, they talk about Nemu Hiiragi inside a cafe. Um, would it be better if Tsukuyo and Iroha went somewhere that’s less people.

Of course, Tsukuyo won’t tell Iroha about Nemu unless she joined The Wings of Magius, which Iroha won’t take it because of their dubious agenda. Anyways, Iroha Tamaki left as she couldn’t get a clue about Nemu Hiiragi. 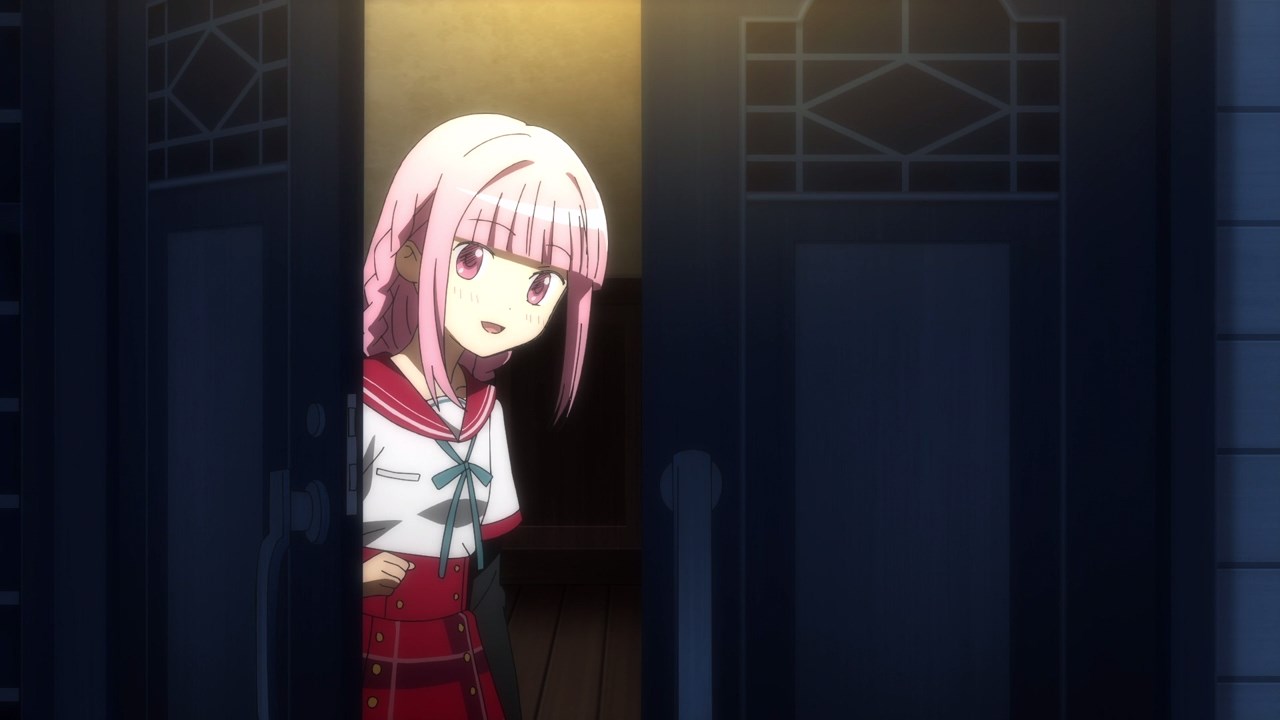 Now then, Iroha went home as she expects Yachiyo to return to her villa. 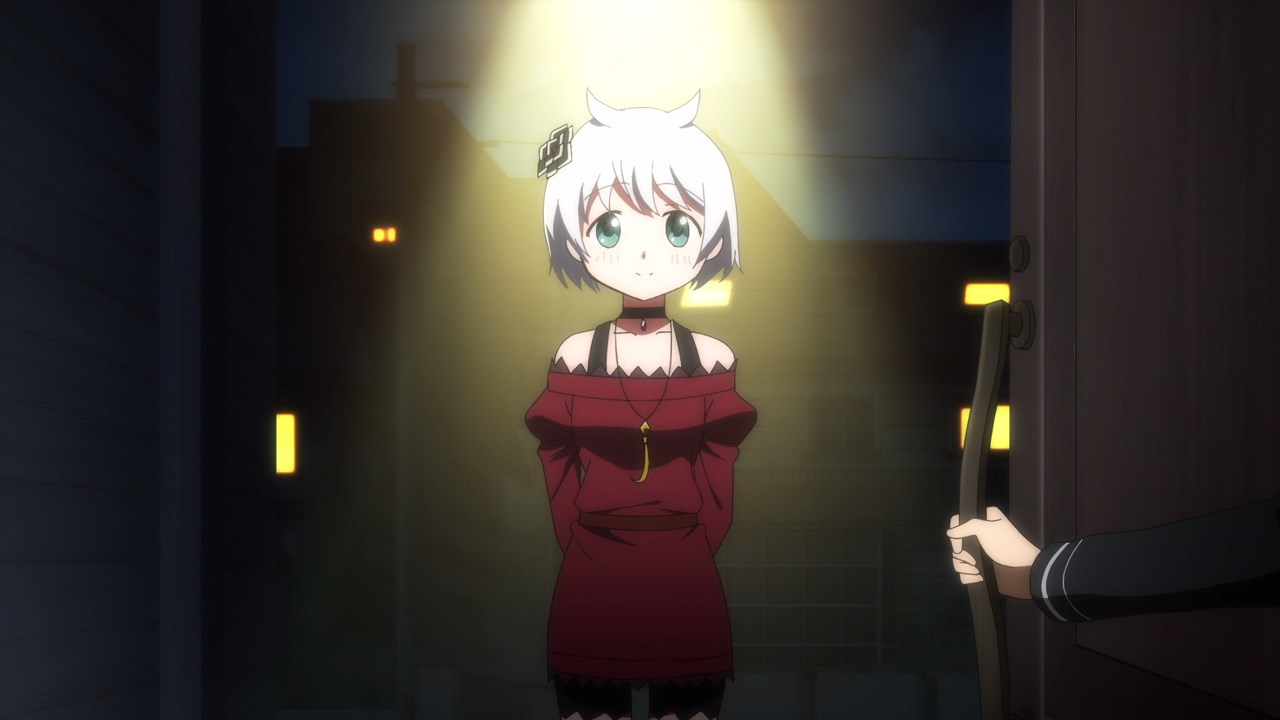 But, she encountered Mifuyu Azusa instead. Okay, what is Mifuyu doing here at Mikazuki Villa? Is she reminiscing of her past, or plotting something? 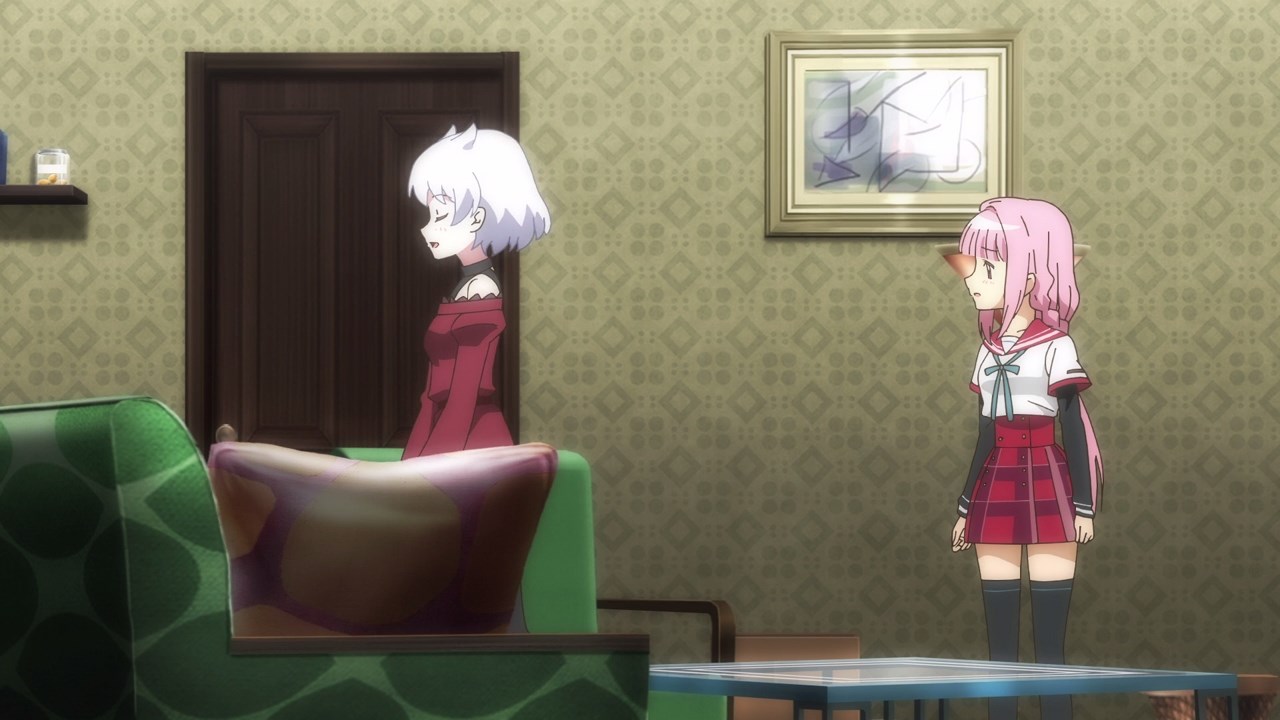 Anyways, Iroha Tamaki asked Mifuyu Azusa if she knows about Nemu Hiiragi. But like Tsukuyo Amane earlier, Mifuyu will tell Nemu’s whereabouts only if Iroha joined The Wings of Magius. 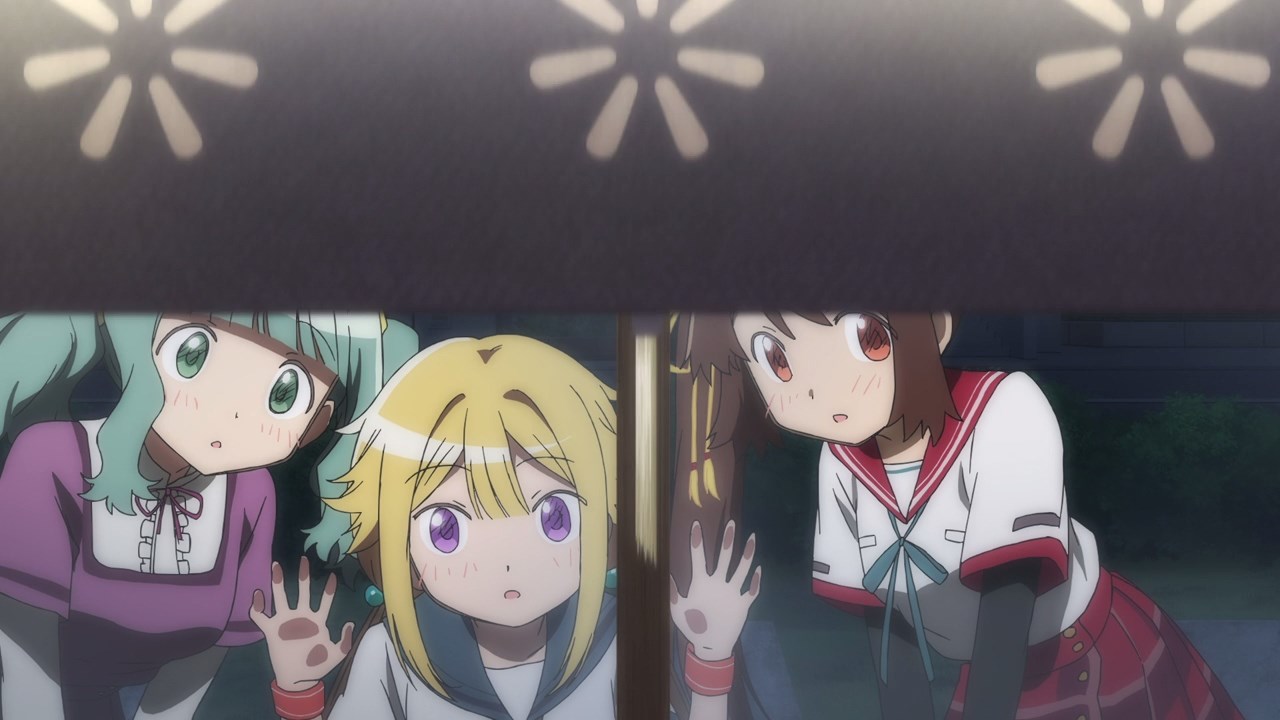 Oh yeah, and Mifuyu wants Iroha’s friends to join the organization too. Then again, I don’t think they’ll join Magius since they control witches and they’re not trustworthy. 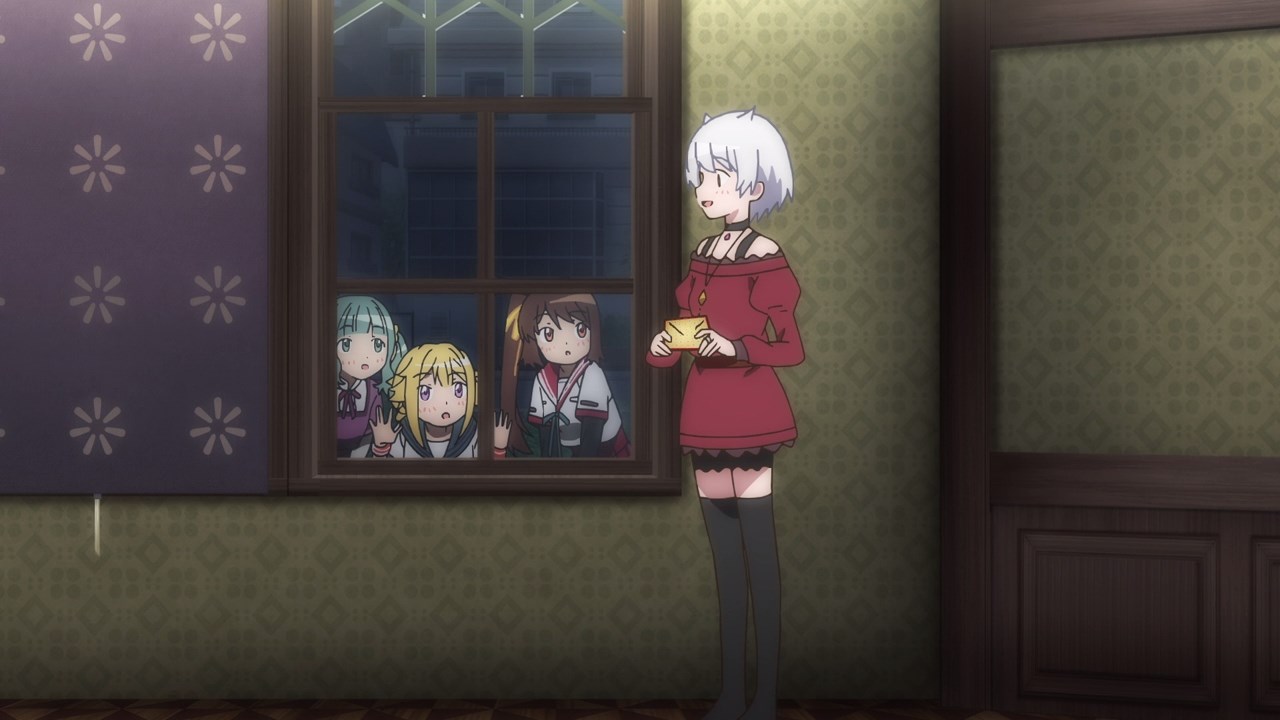 But if these girls are curious on their activities, Mifuyu invited them to join the seminar at 3 PM at the Memory Museum. Um girls, don’t go there ’cause it’s a trap! 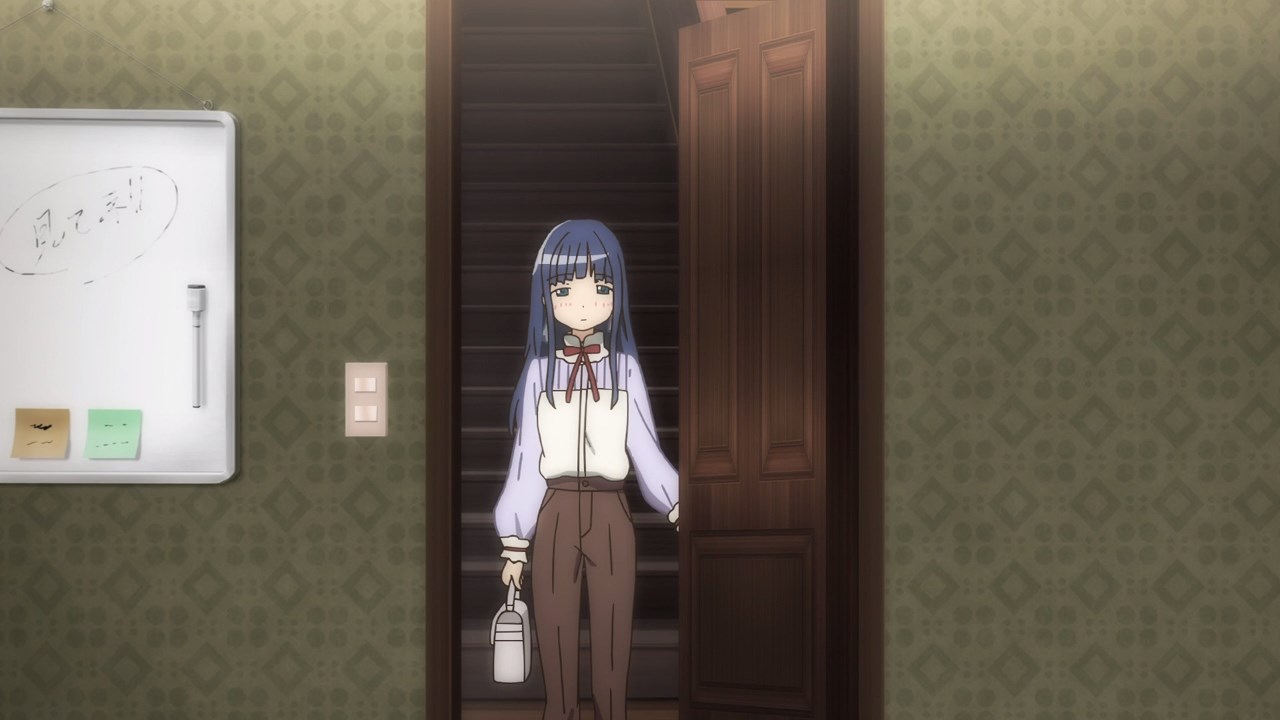 One last thing, here’s Yachiyo Nanami and she’s not so happy seeing her friend at her house. After all, Mifuyu joined The Wings of Magius because of her beliefs. 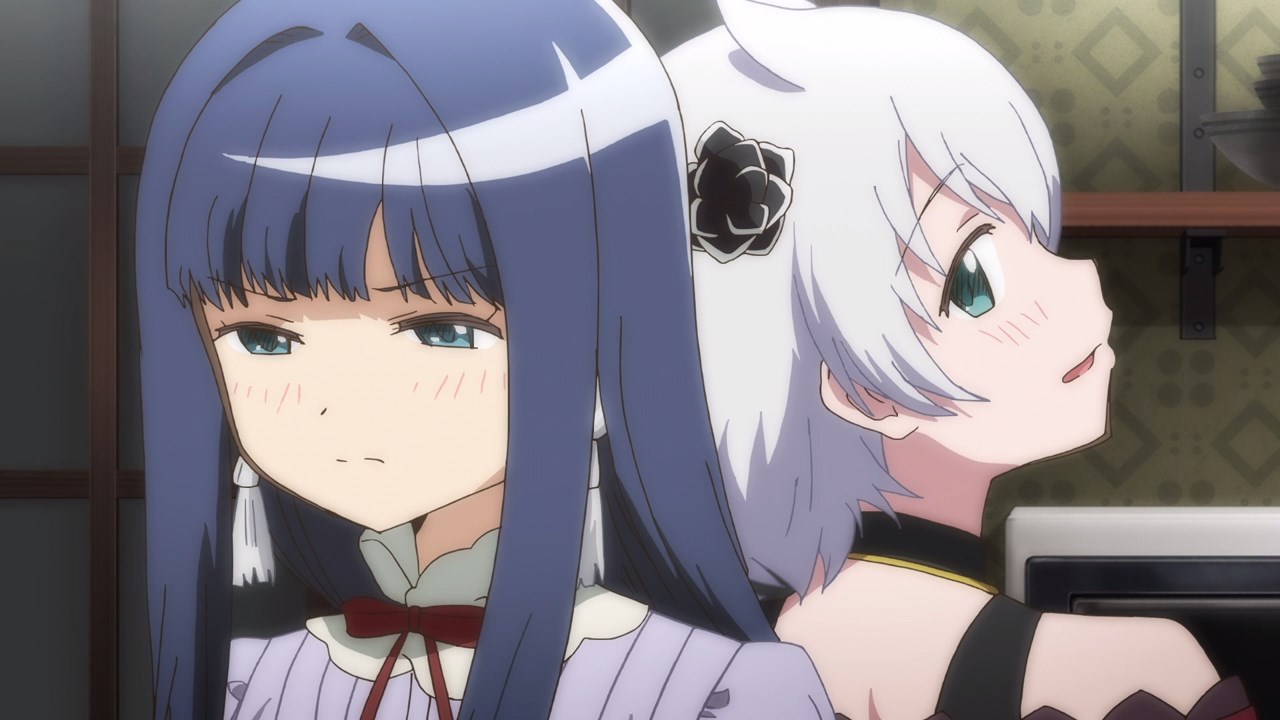 In any case, things are not looking good between Yachiyo and Mifuyu that the former told the latter to get out of her house at once. I have a feeling that it’ll be a long time for them to patch things up! 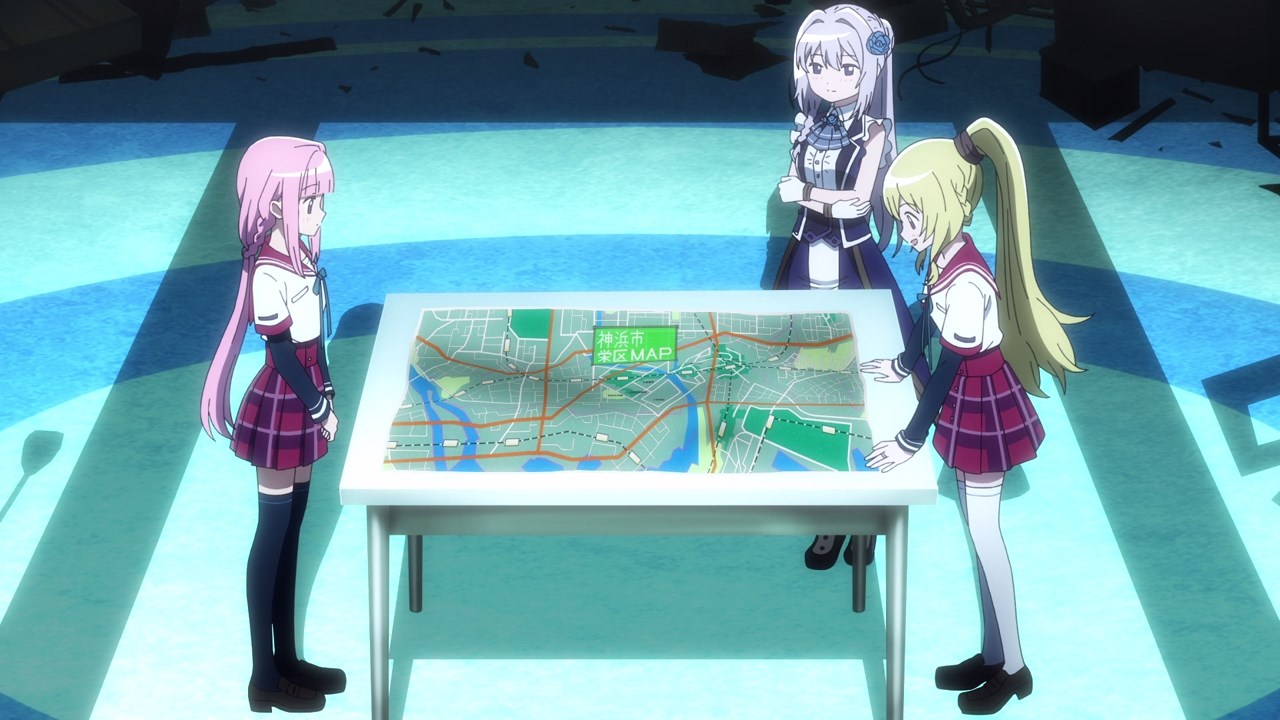 Now then, Iroha Tamaki went to the Coordinator’s office where Mitama Yakumo and Momoko Togame explained about the Memory Museum. 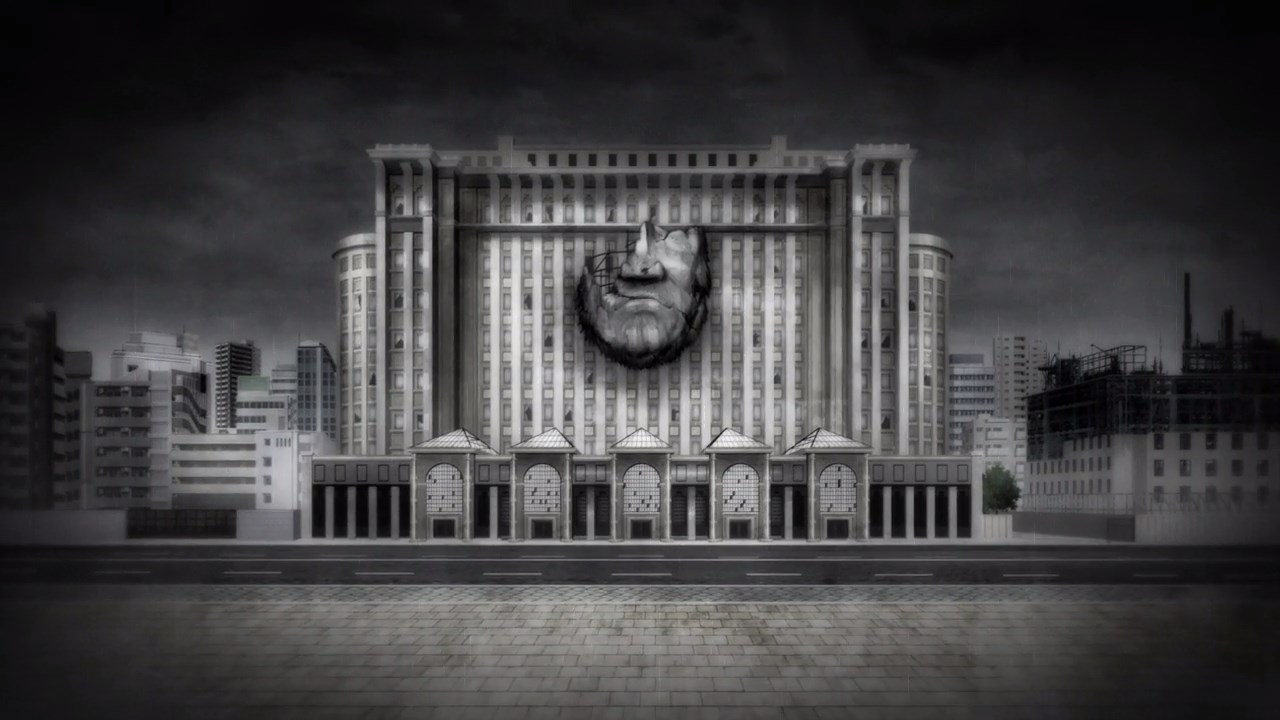 Turns out that it refers to an abandoned museum in Sakae Ward where it stores memories, sometimes it even changes them.

Of course, those are rumors and when there are rumors, The Wings of Magius will take and exploit it. In any case, the Memory Museum might have an Uwasa inside there. 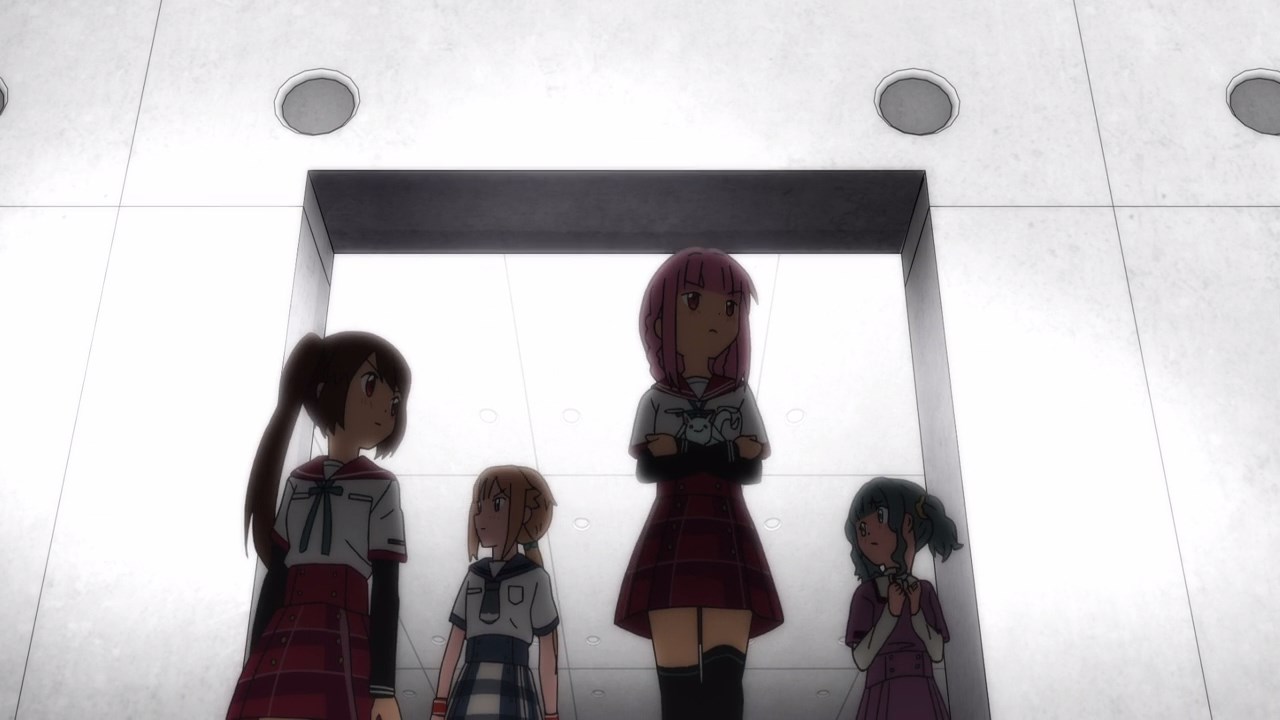 And so, the magical girls went to the Memory Museum and find answers there, including Nemu Hiiragi’s whereabouts which will lead to Ui Tamaki. 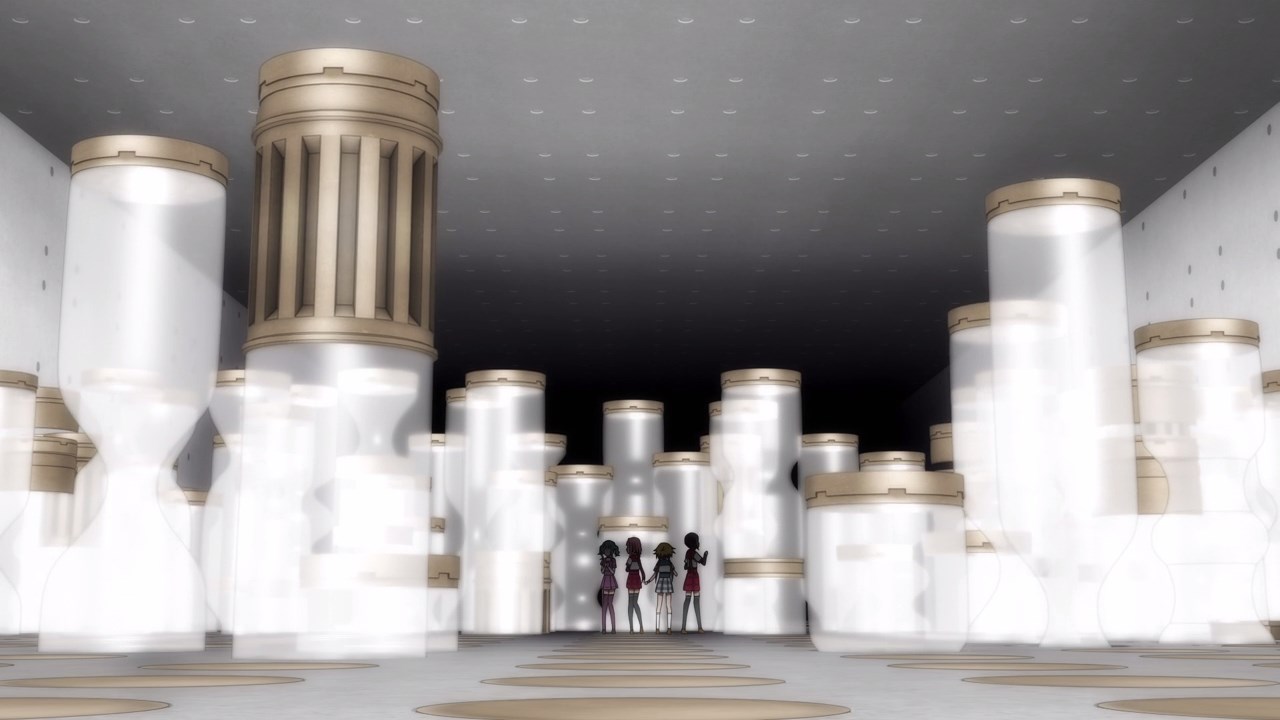 But, I have to say that going inside one of Magius’ facilities is a bad idea as Iroha Tamaki and the rest are gonna encounter something ominous at 3 PM. Could it be Nemu Hiiragi? 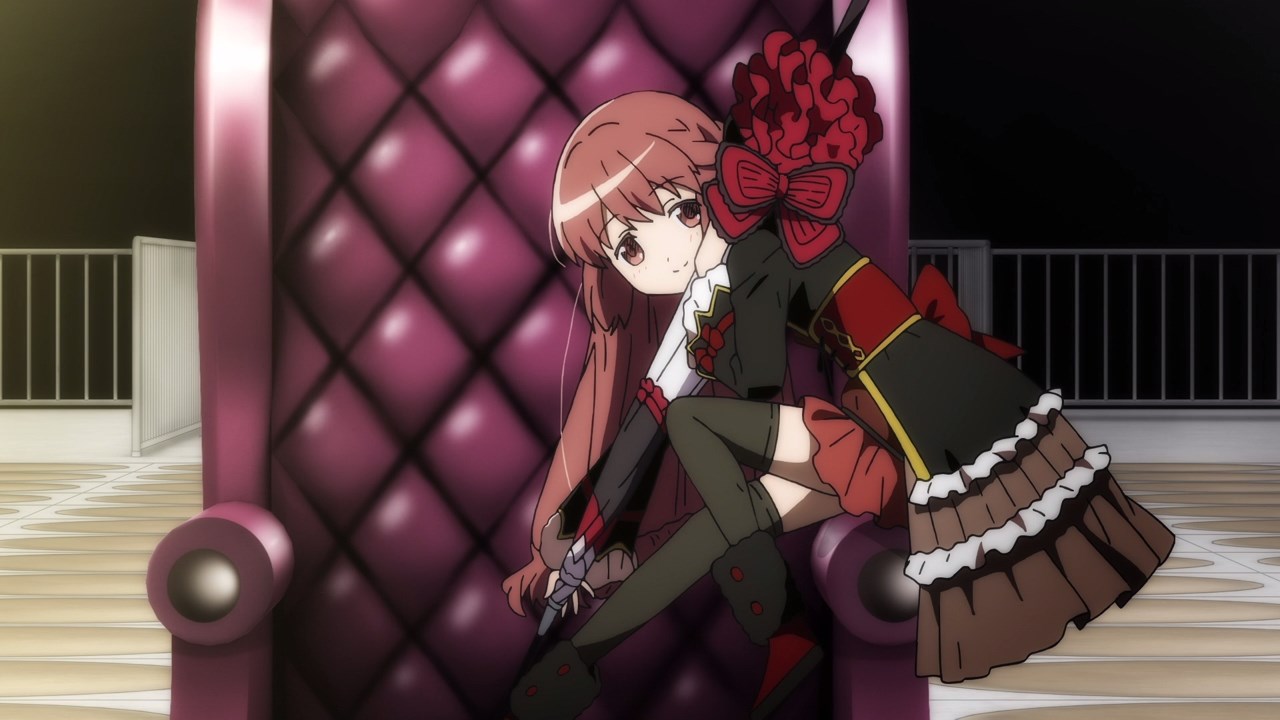 No, it’s Touka Satomi who also a friend to Ui Tamaki. Of course, Iroha won’t find answers from Touka unless she beats one of Ui’s friends.

With that said, we’re getting closer to the finale in Magia Record and let’s hope that Iroha will find her long-lost little sister!