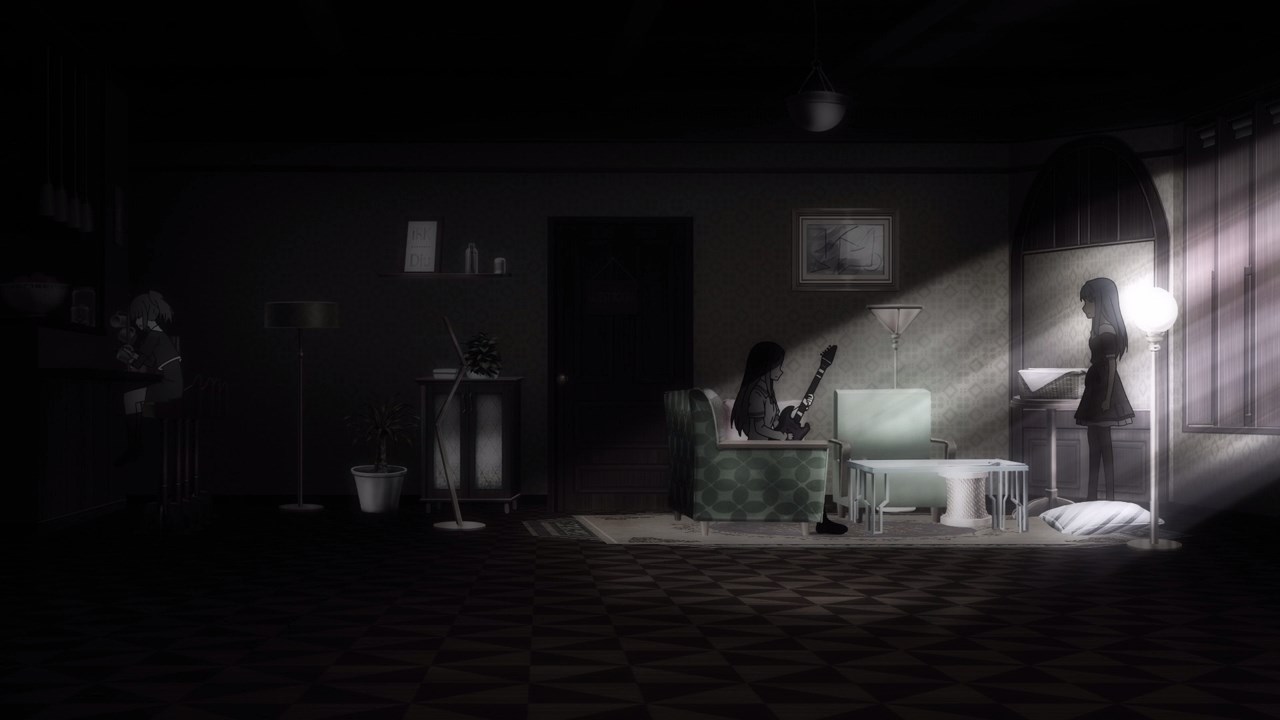 Well, seems that Yachiyo Nanami got two visitors… or should I say former tenants of Mikazuki Villa as they’re important people that changed her life forever. 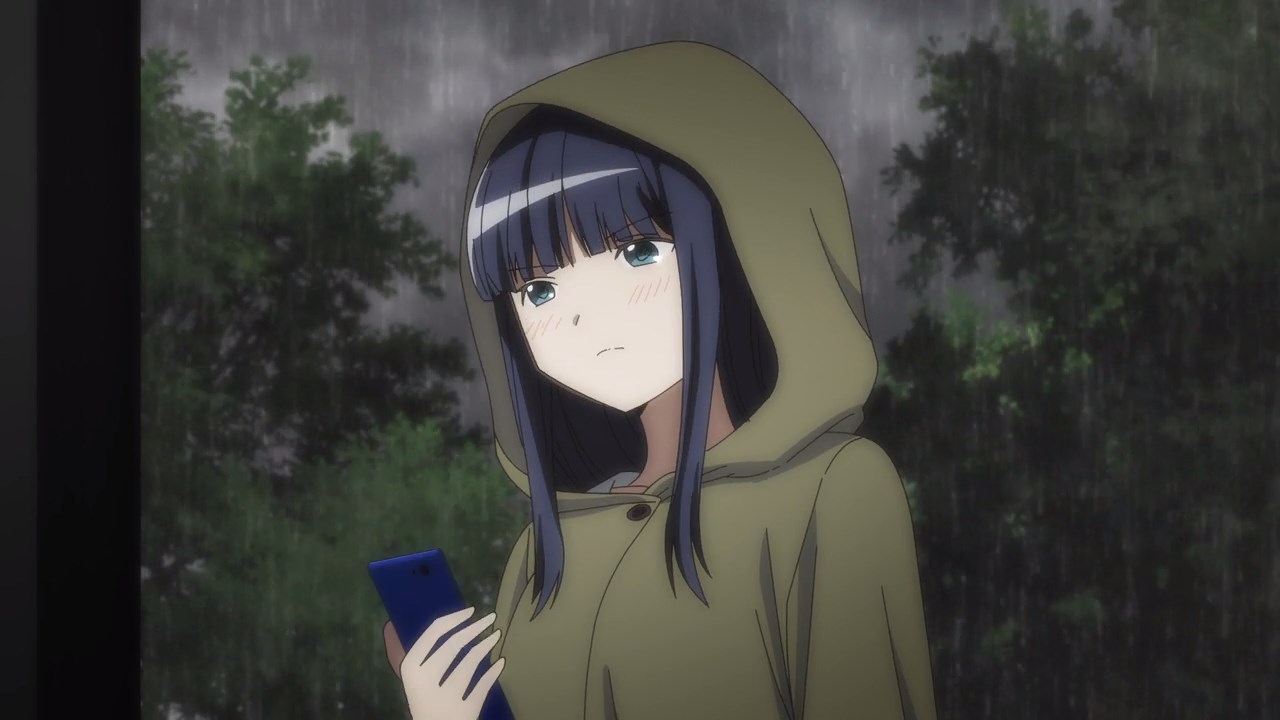 Of course, Yachiyo doesn’t want to reminiscent on her past as she went outside to find Iroha Tamaki and the rest at the Memory Museum. 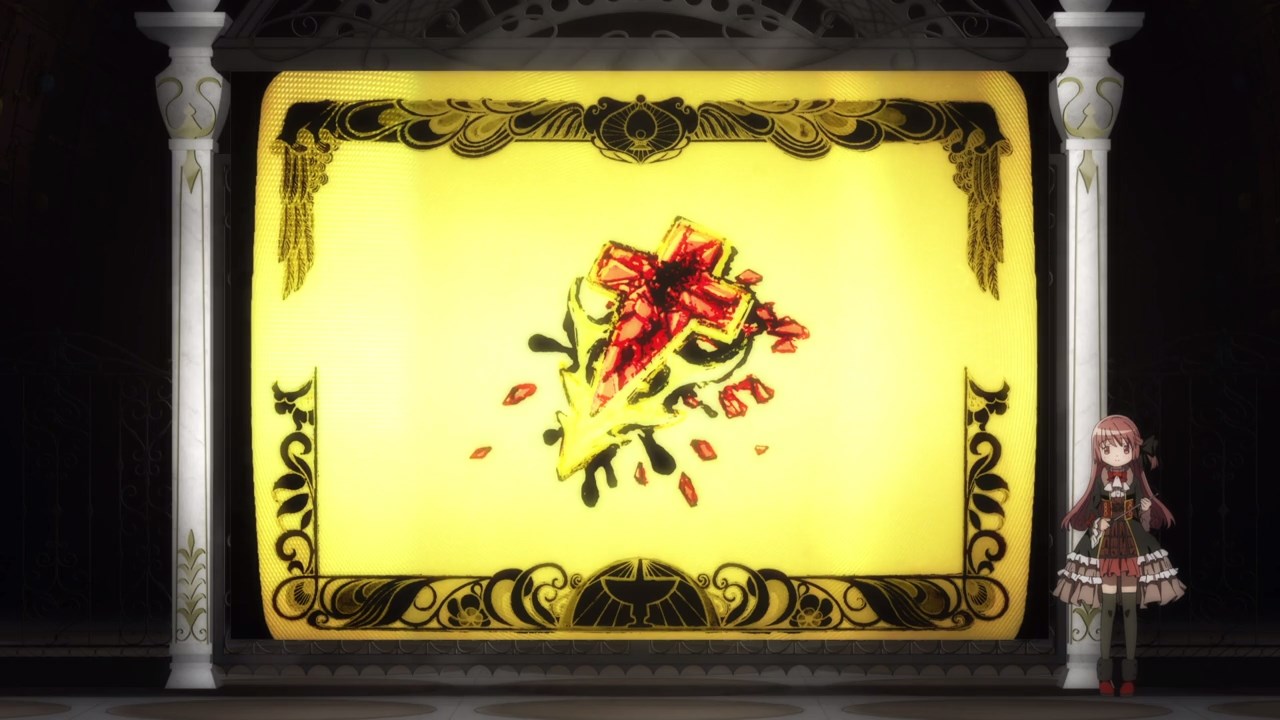 But speaking of Memory Museum, here’s Touka Satomi where she’ll have a lecture about magical girls. Should you watched the original series, you know the gist of it.

By the way, that cross-like stone will be relevant later on… 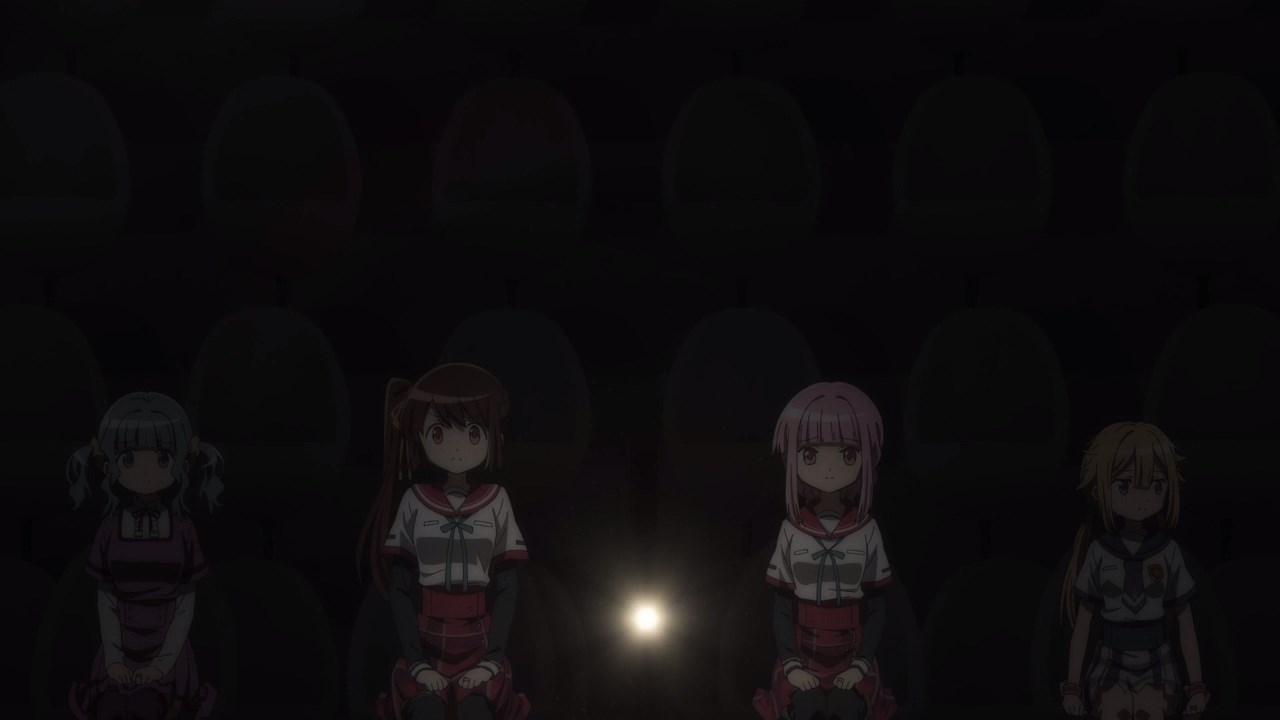 On the other hand, it appears that Touka Satomi has no memories about Ui Tamaki, meaning that she doesn’t exist in her mind. Hm, I feel that the Memory Museum has altered Touka’s memories.

By the way, where’s Nemu Hiiragi? Is she still around? I guess we’ll never know her whereabouts. 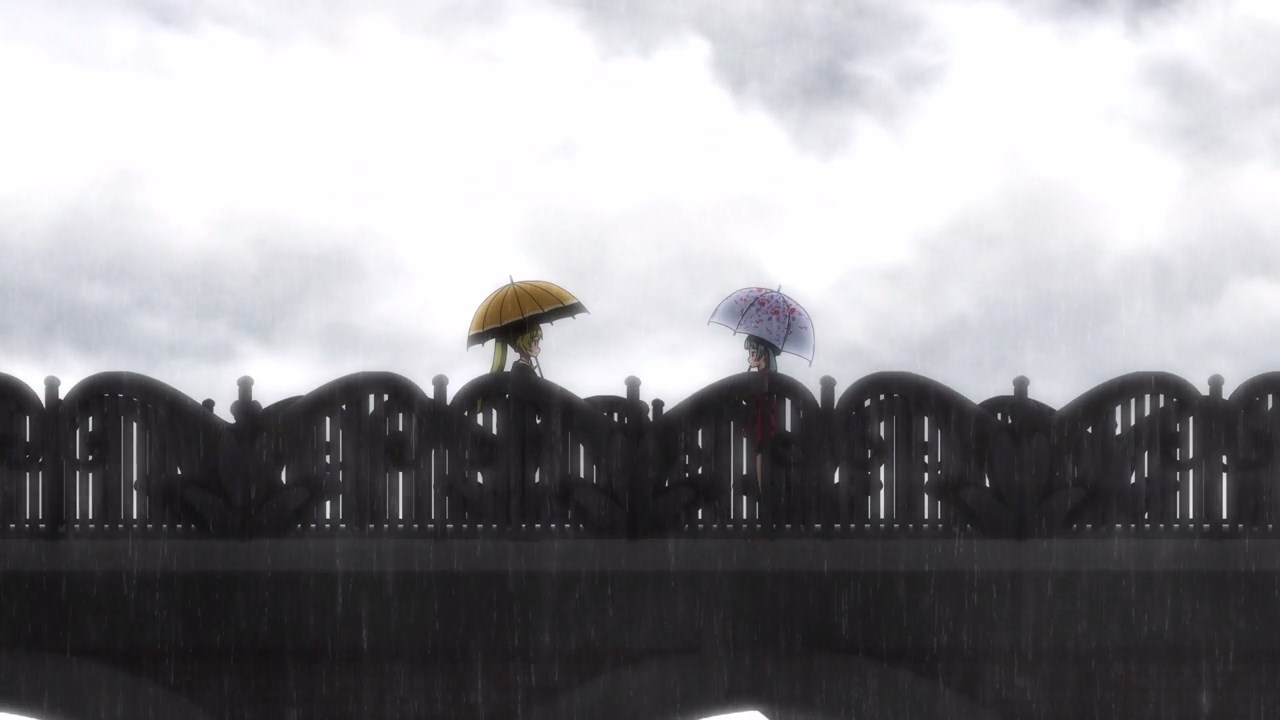 Meanwhile, looks like Momoko Togame has something important to tell towards Rena Minami on a stormy afternoon. Would it be nice if they talk under a shade or a roof above their heads? 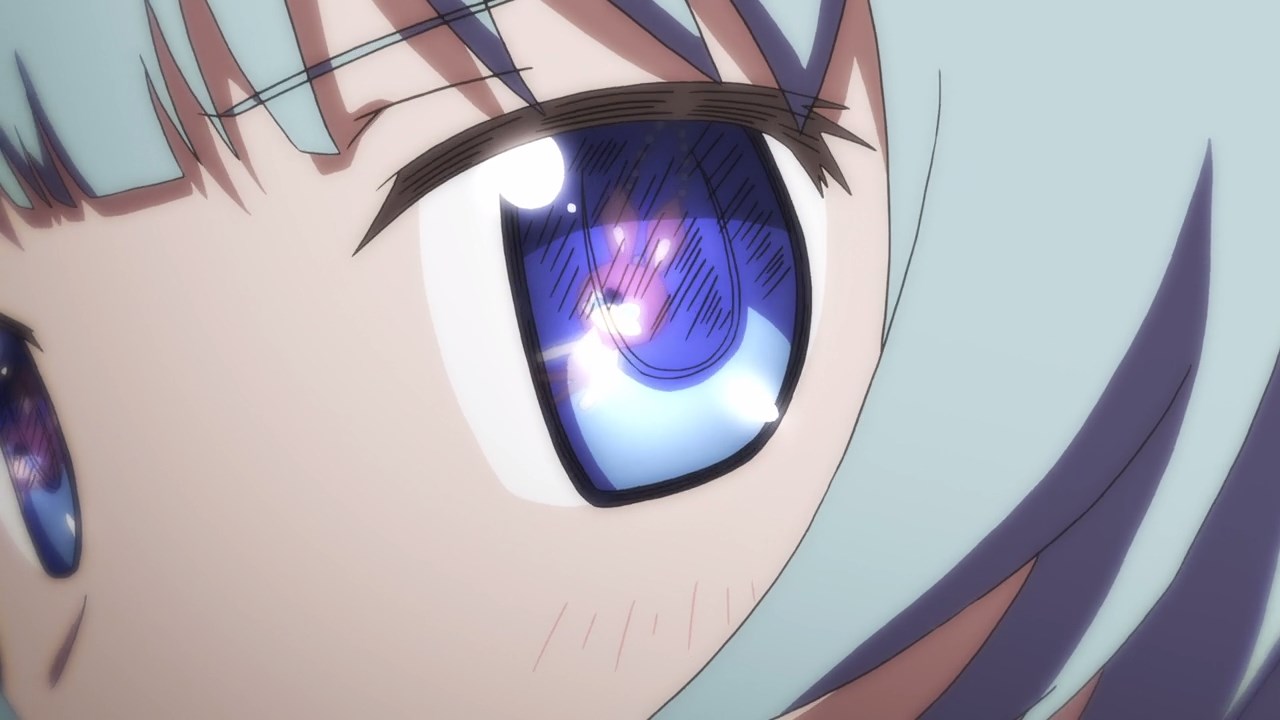 Of course, the talk won’t start until a certain magical girl appear in which Rena is surprised to see someone familiar… 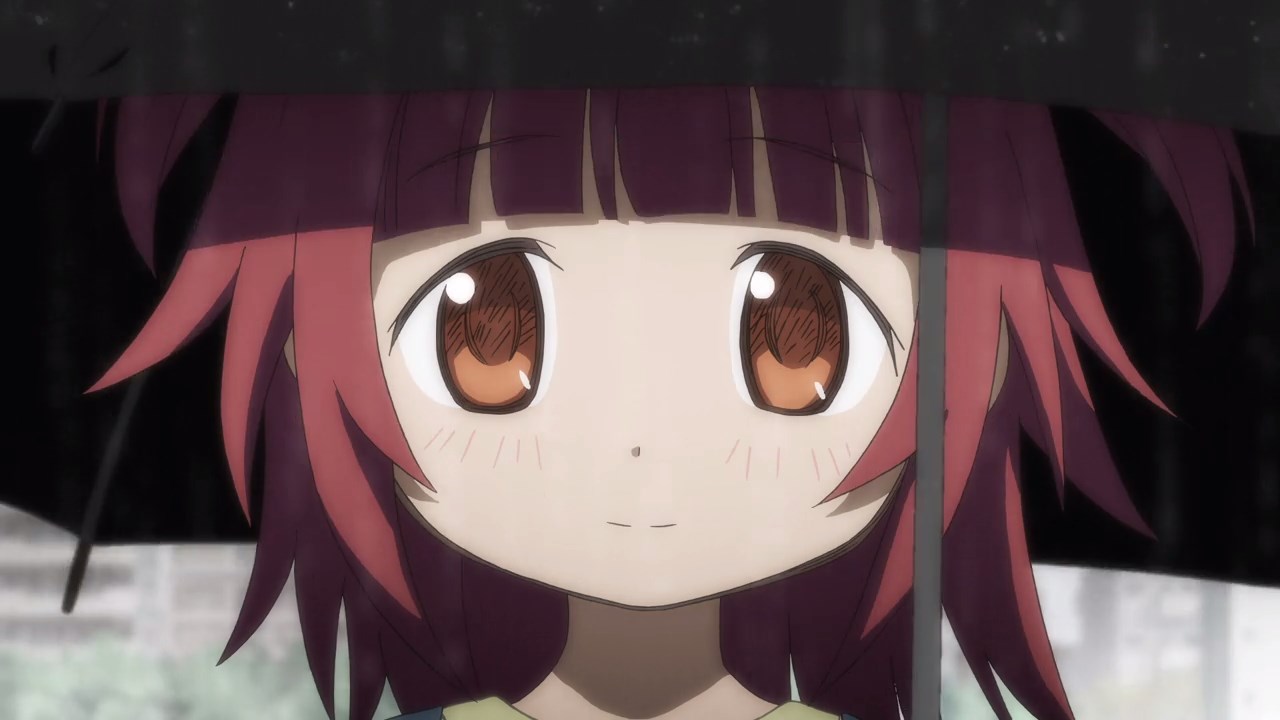 Wait a minute, is that Kaede Akino? I thought that you’re dead or you’ve become a witch permanently?

Anyways, it’s time for Momoko to tell a story during her time with Yachiyo Nanami. 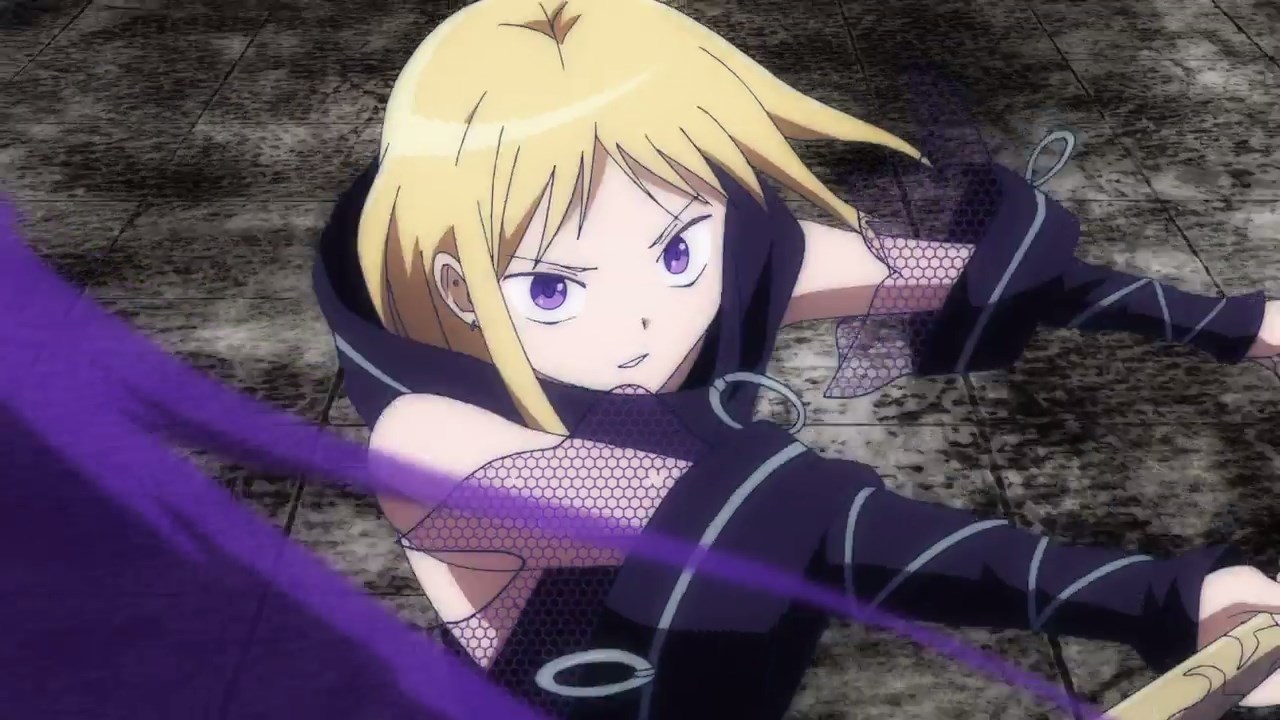 Let’s start with Kanae Yukino where she’s rebellious yet Kanae has a passion for music. In fact, Kanae has a guitar and plays with it during her spare time.

Anyways, Kanae is a close ally to Yachiyo as they fight witches together with Mifuyu. 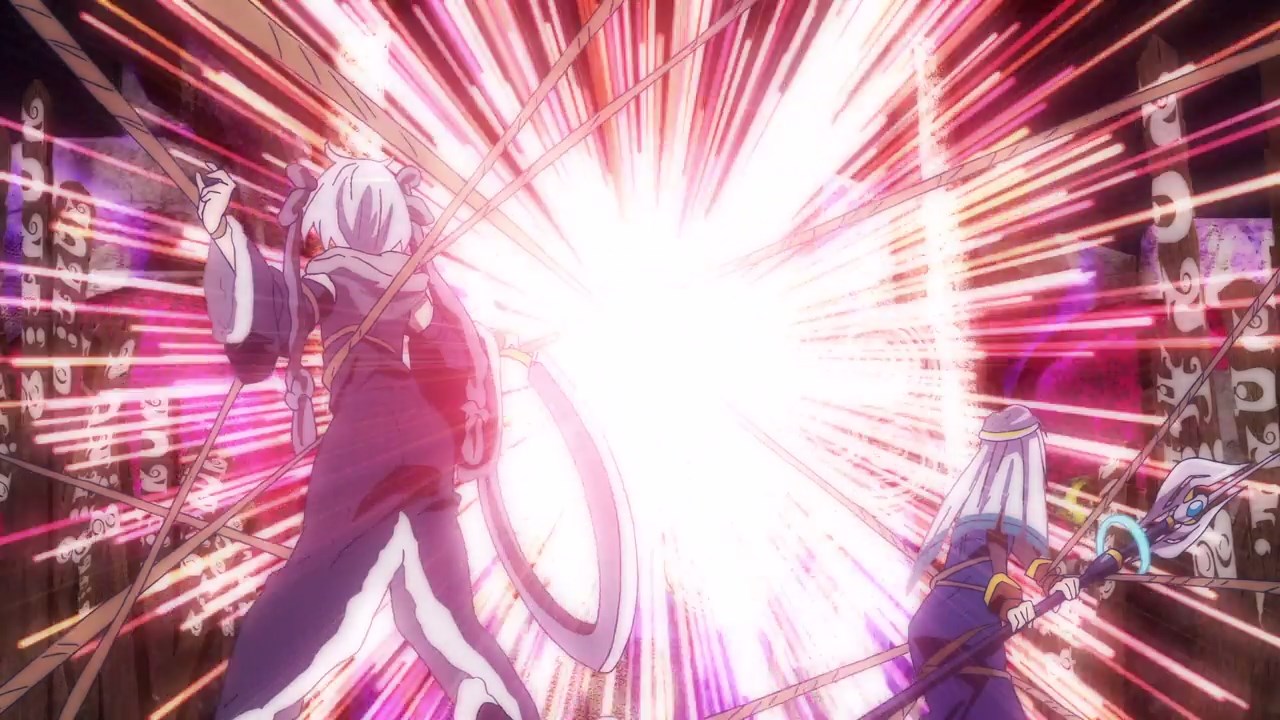 However, things went south when Mifuyu Azusa and Yachiyo Nanami are about to be blasted away by a witch with its deadly lasers. 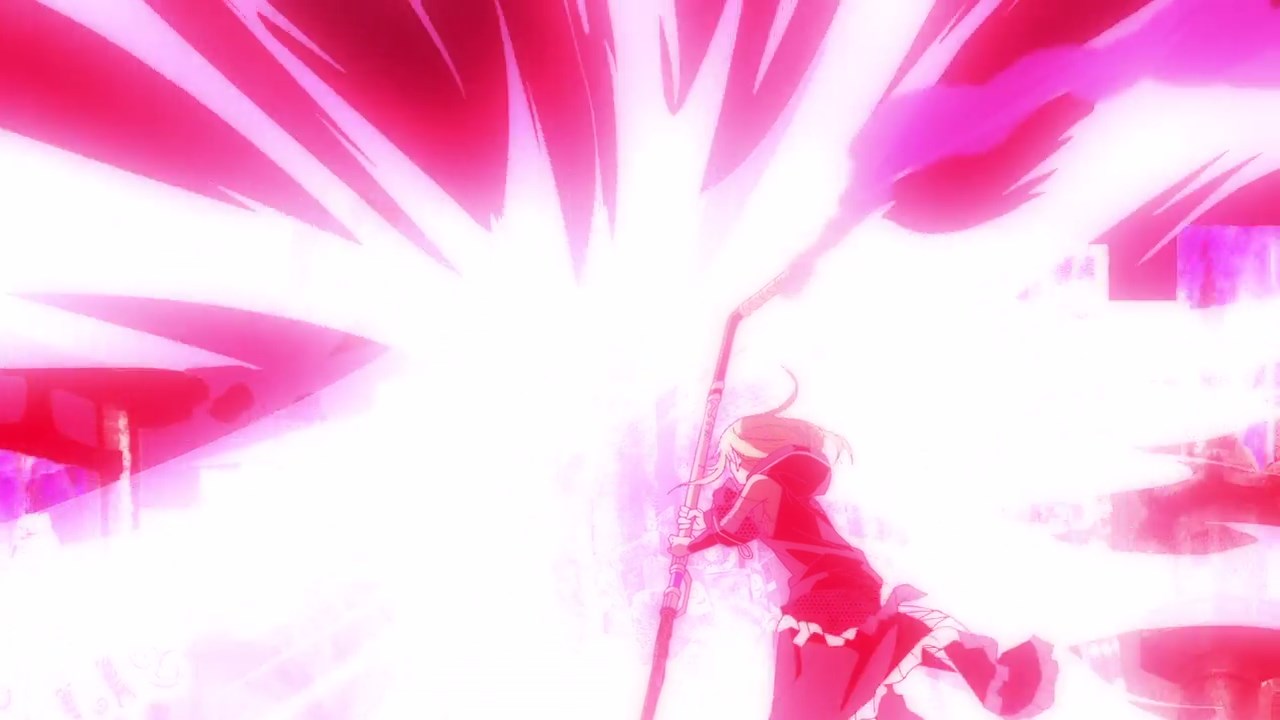 Fortunately, Kanae Yukino stepped in to deflect the lasers from hitting both Mifuyu and Yachiyo. 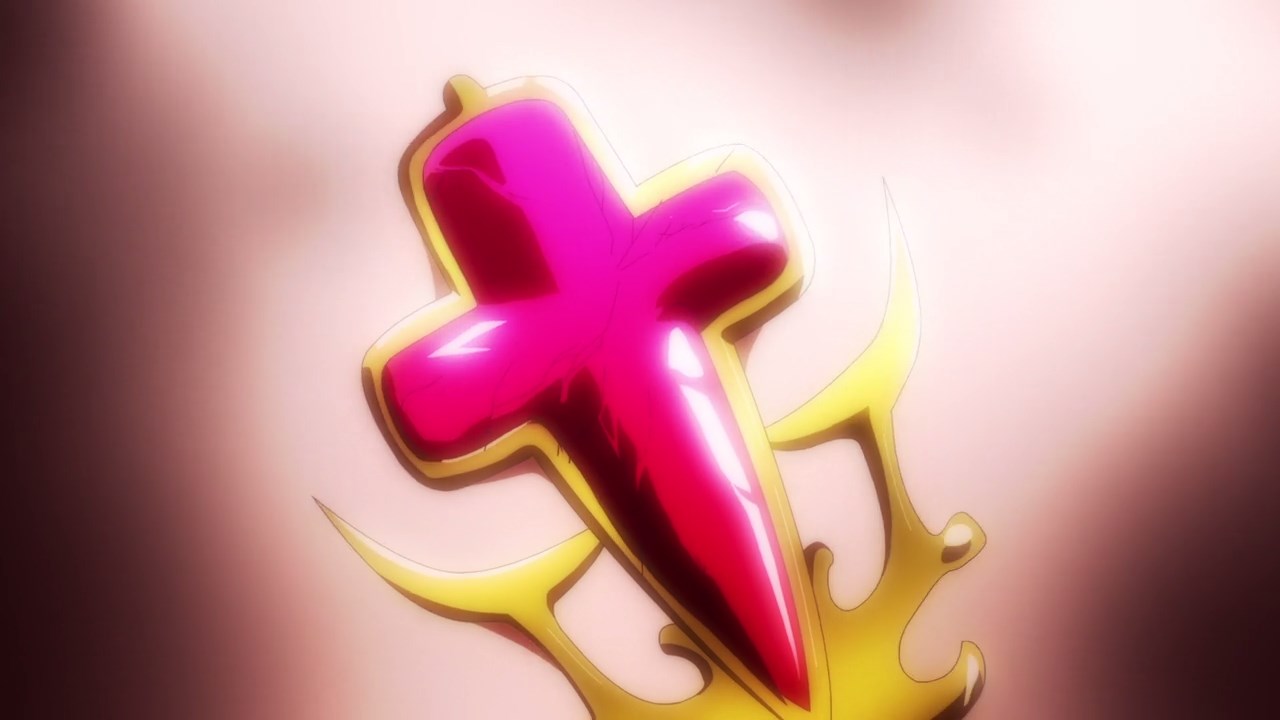 Sadly, the laser is so powerful that it hits Kanae’s Soul Gem, meaning that it’s broken and thus killing her. 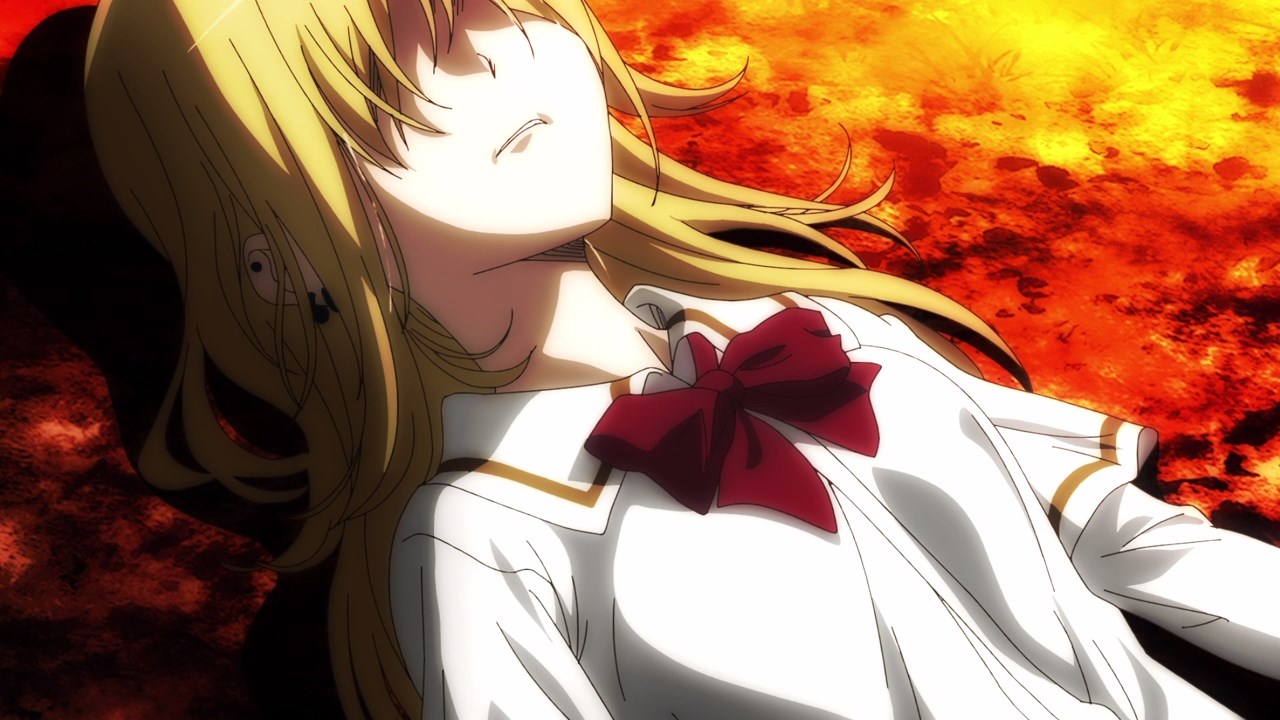 And so, Yachiyo and Mifuyu learned the harsh truth that magical girls might be powerful, but they’ll die like flies if their Soul Gem is destroy or detached far away from their bodies. 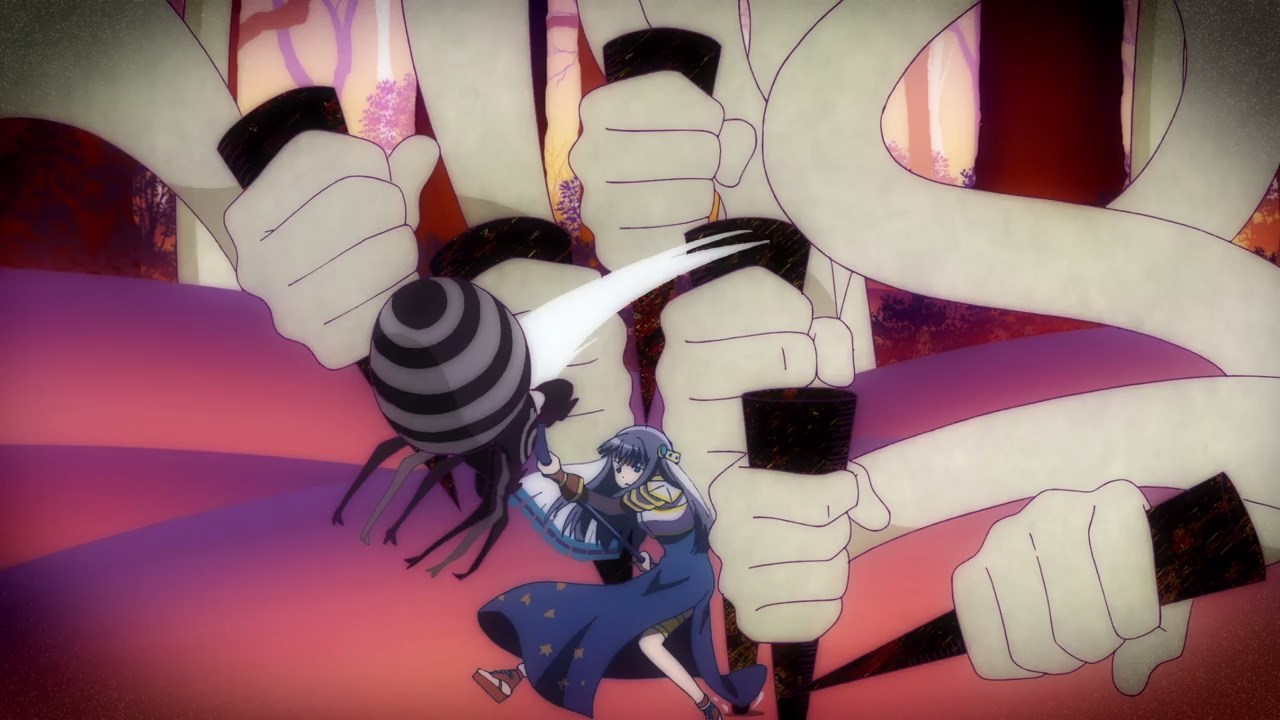 Anyways, Yachiyo Nanami is doing her usual routine of fighting witches at Daito Ward until she was surrounded by them. Basically, Yachiyo is a sitting duck! 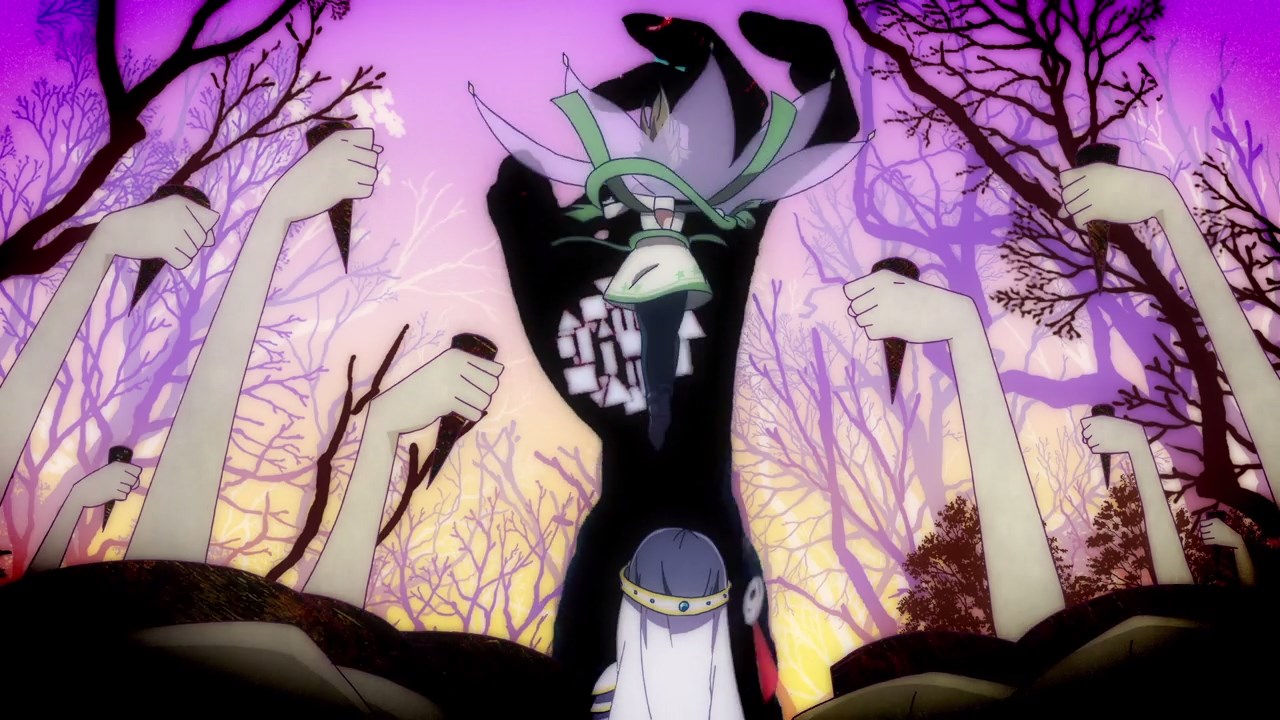 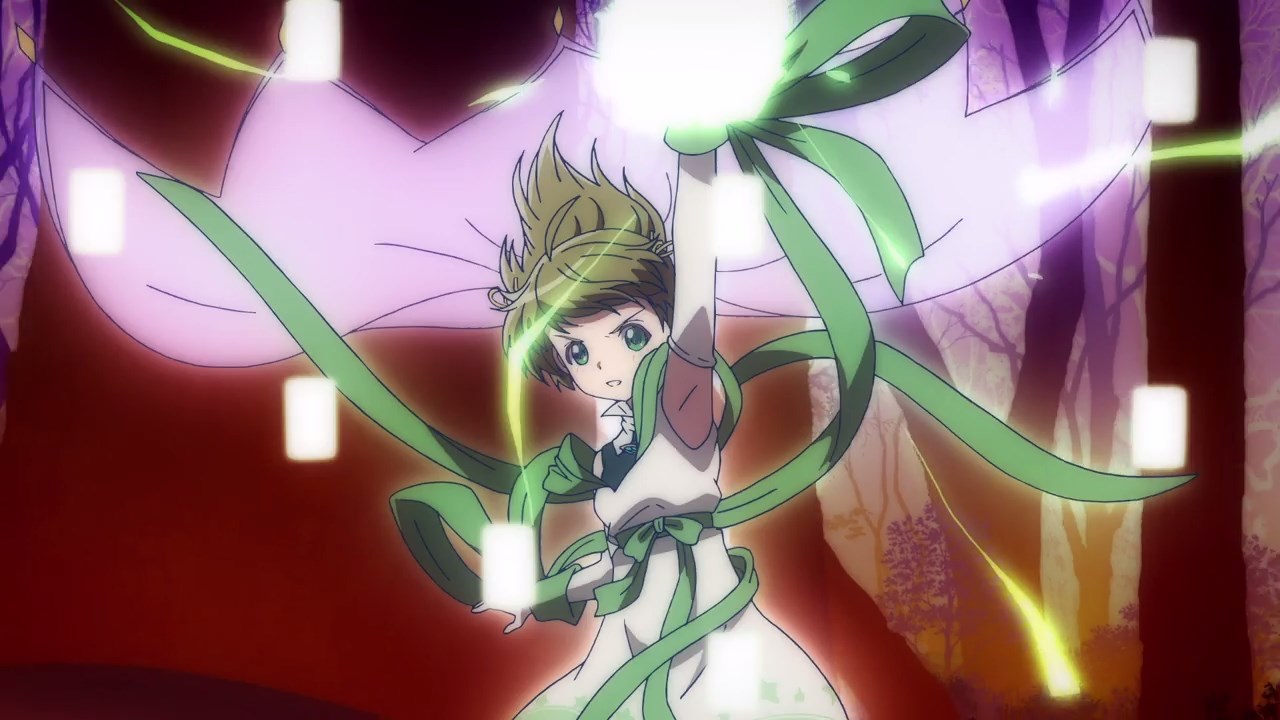 That’s until Mel Anna steps in to save Yachiyo from being killed as she used tarot cards to attack the witch.

One more thing, Mel is a fortune-teller who can tell if today is either lucky or full of misfortune. 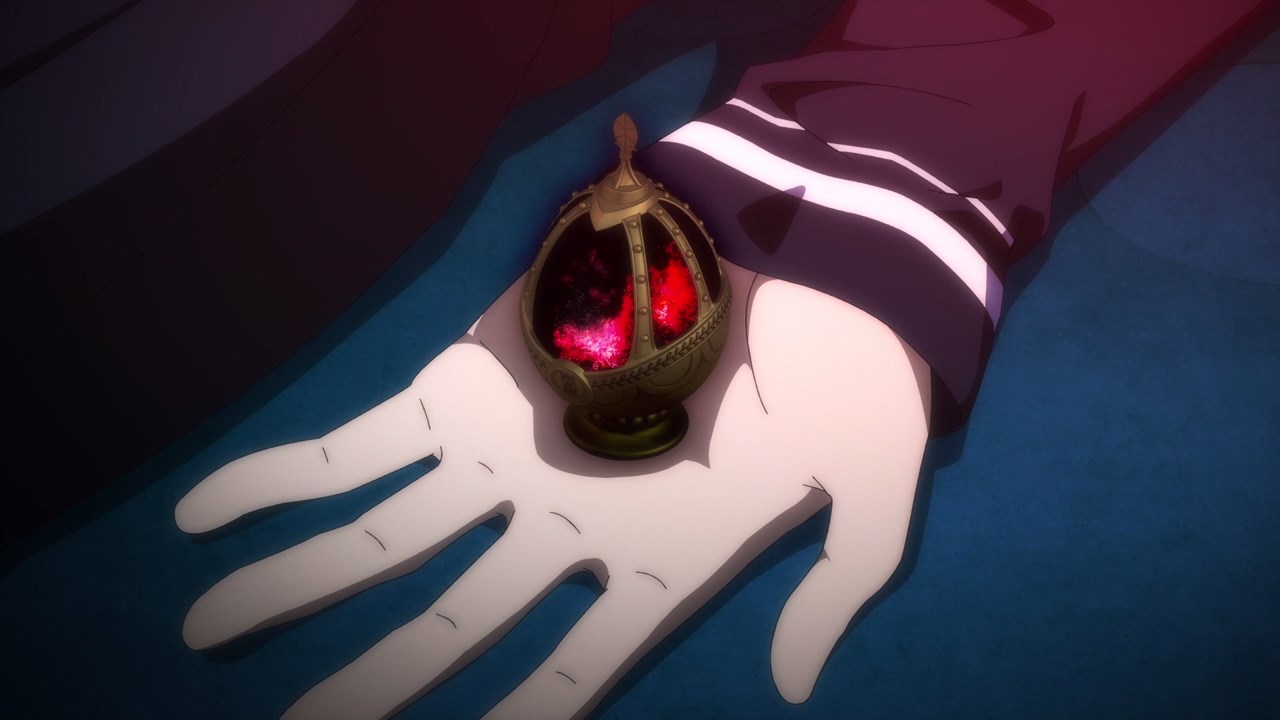 Unfortunately much like Kanae before, it’s not Mel’s lucky day as her Soul Gem has turned to black, waiting to burst at any minute. 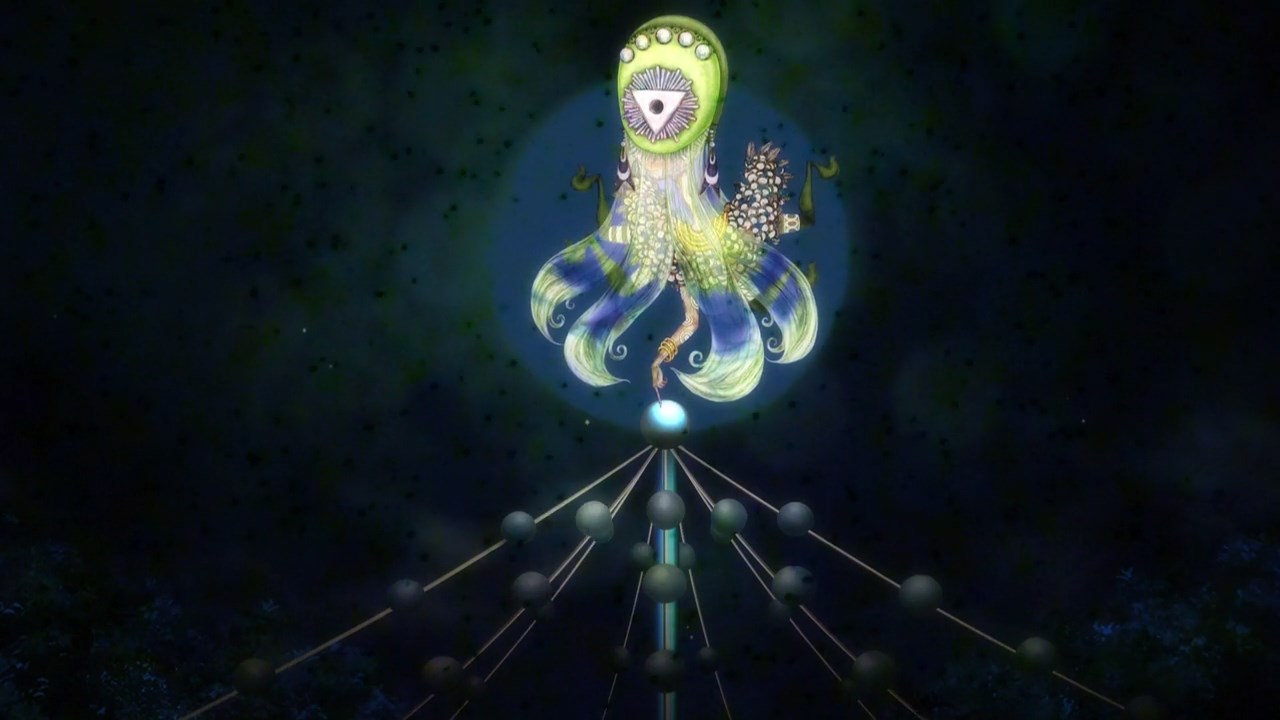 And once Mel’s Soul Gem breaks apart, she becomes a witch in which Mifuyu Azusa and Yachiyo Nanami are forced to destroy her. 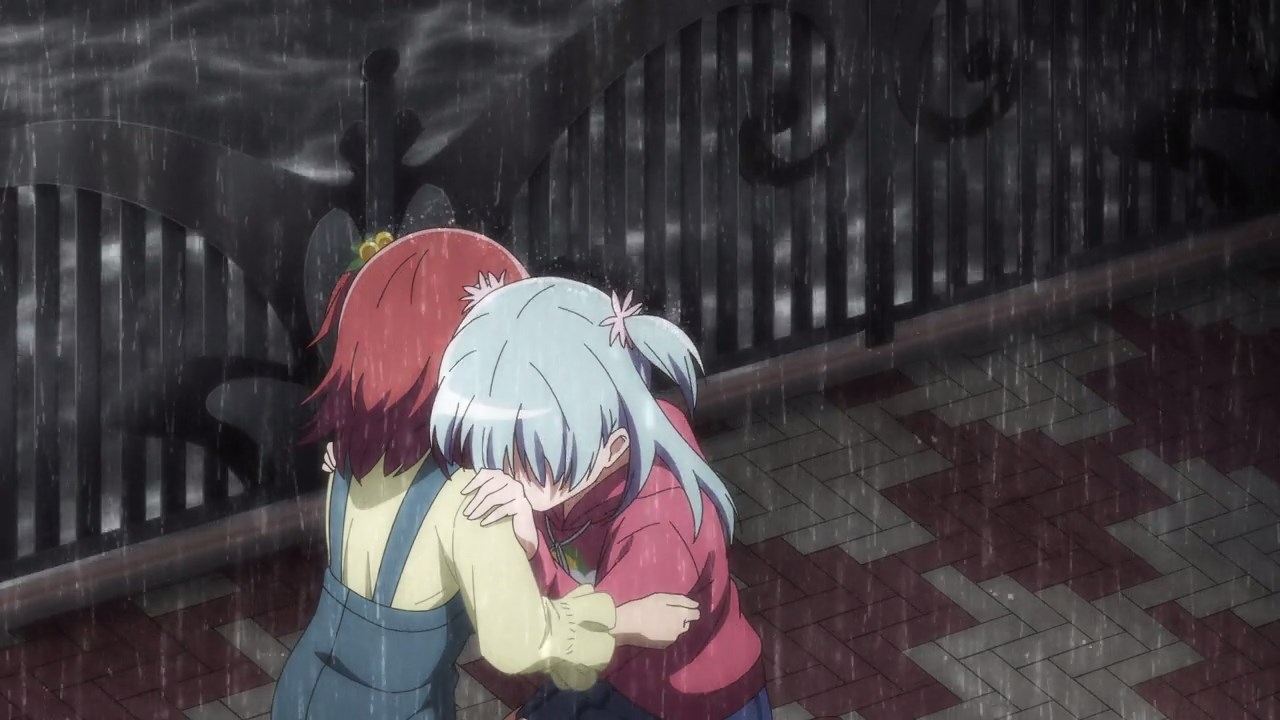 But that’s the end of Momoko’s backstory as Rena felt deeply hurt after learning the harsh truth about their role as magical girls. 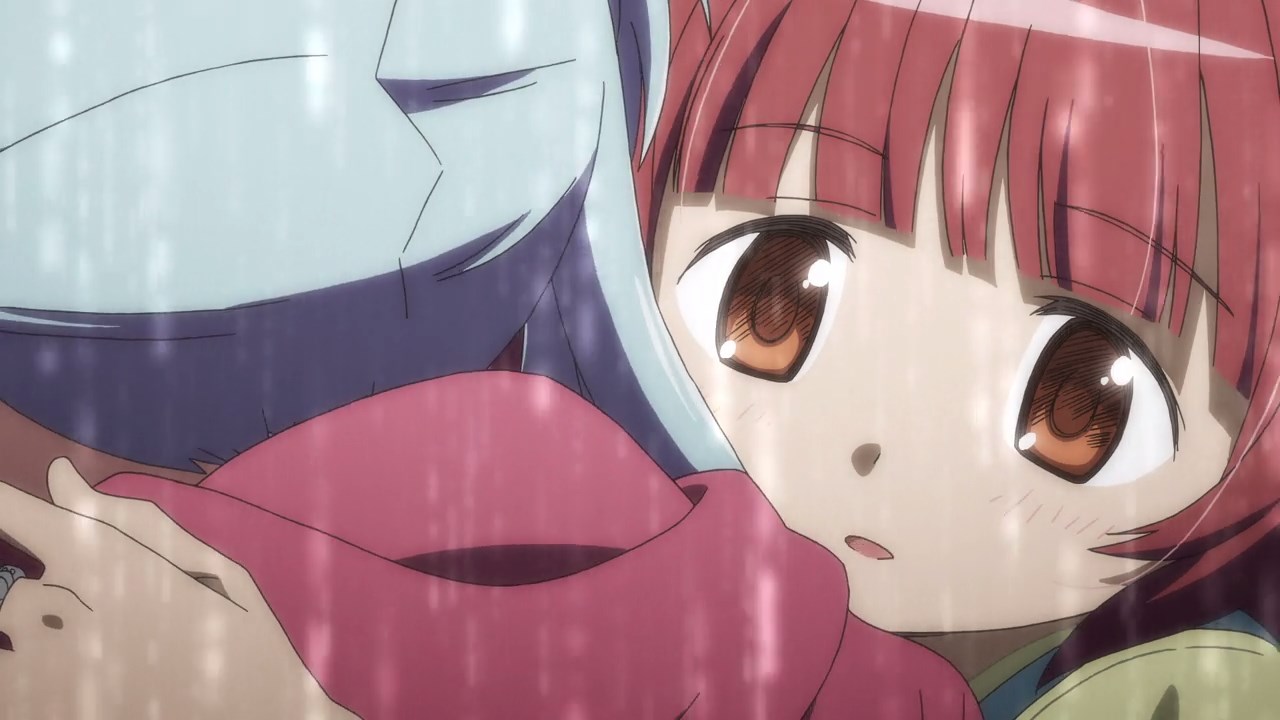 Of course, the only salvation is to join The Wings of Magius but I doubt that they’ll save magical girls from their cruel fate. 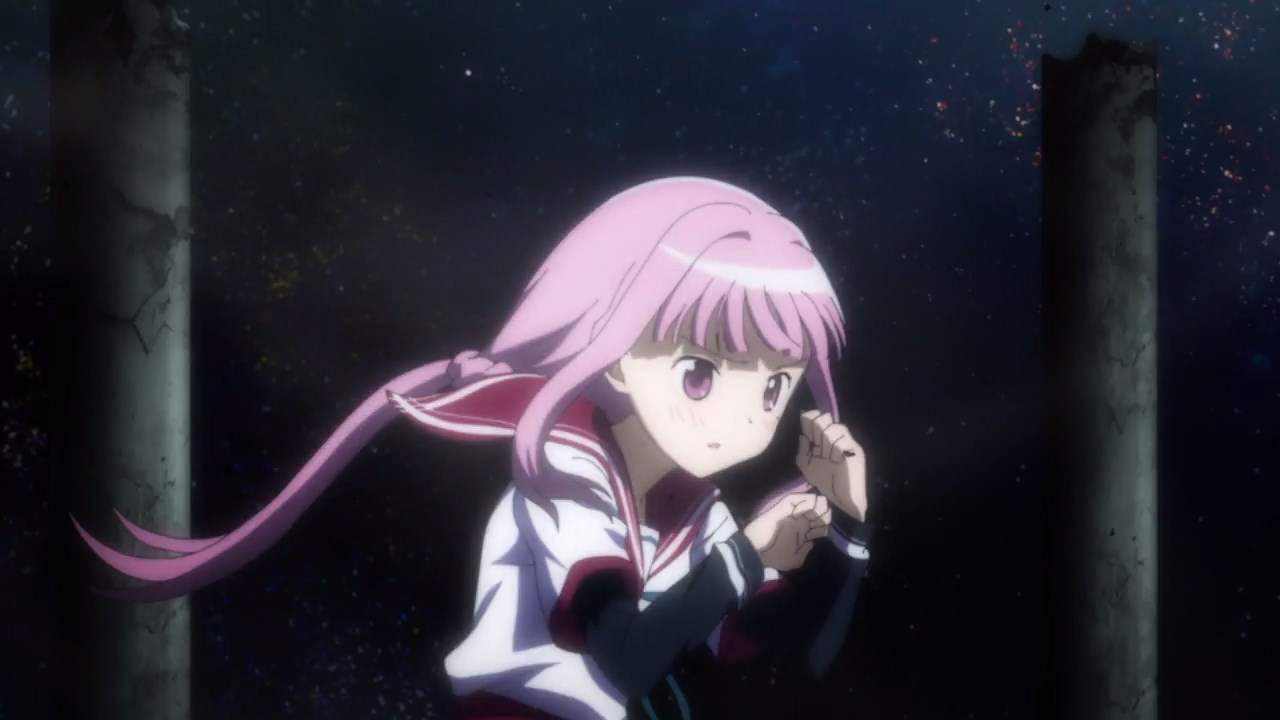 Speaking of Magius, there’s one more thing to show towards Iroha Tamaki and her friends as they’ll learn why magical girls can become witches and return to their human forms after a few minutes. 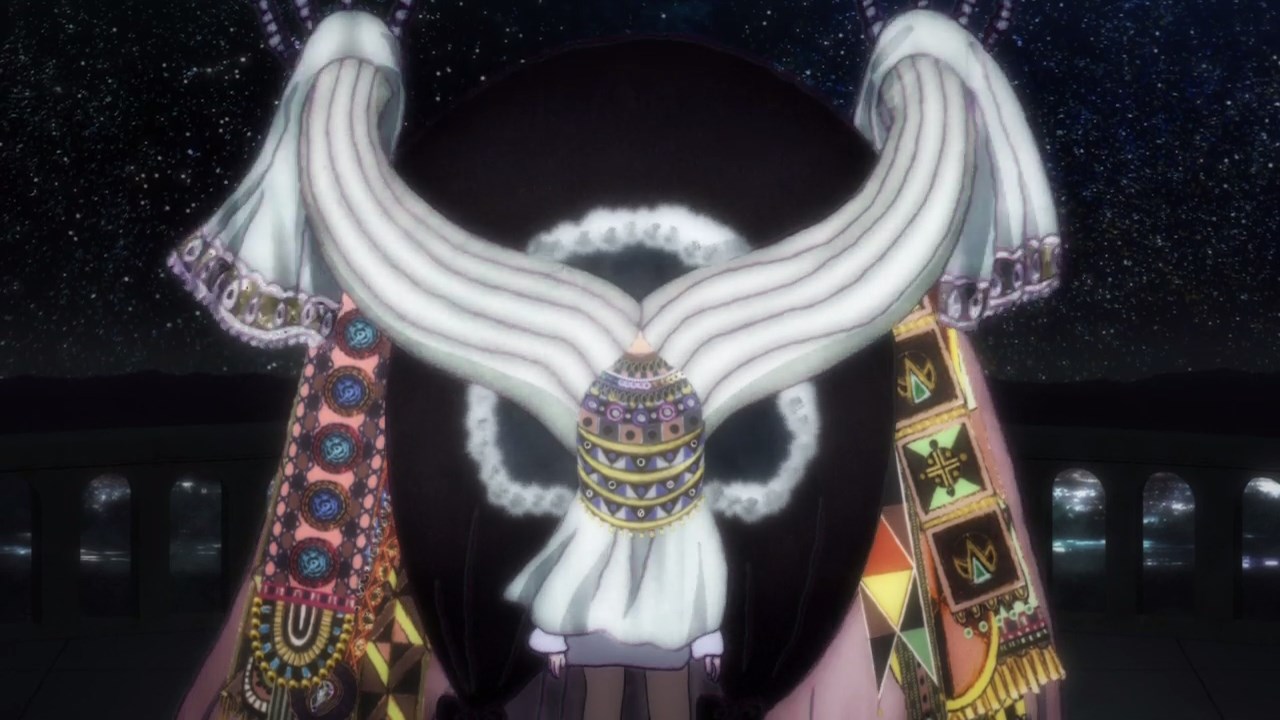 Of course, we’ll start with Mifuyu Azusa where she becomes a witch as usual. It seems that the loss of Kanae and Mel has taken its toll on her psyche. 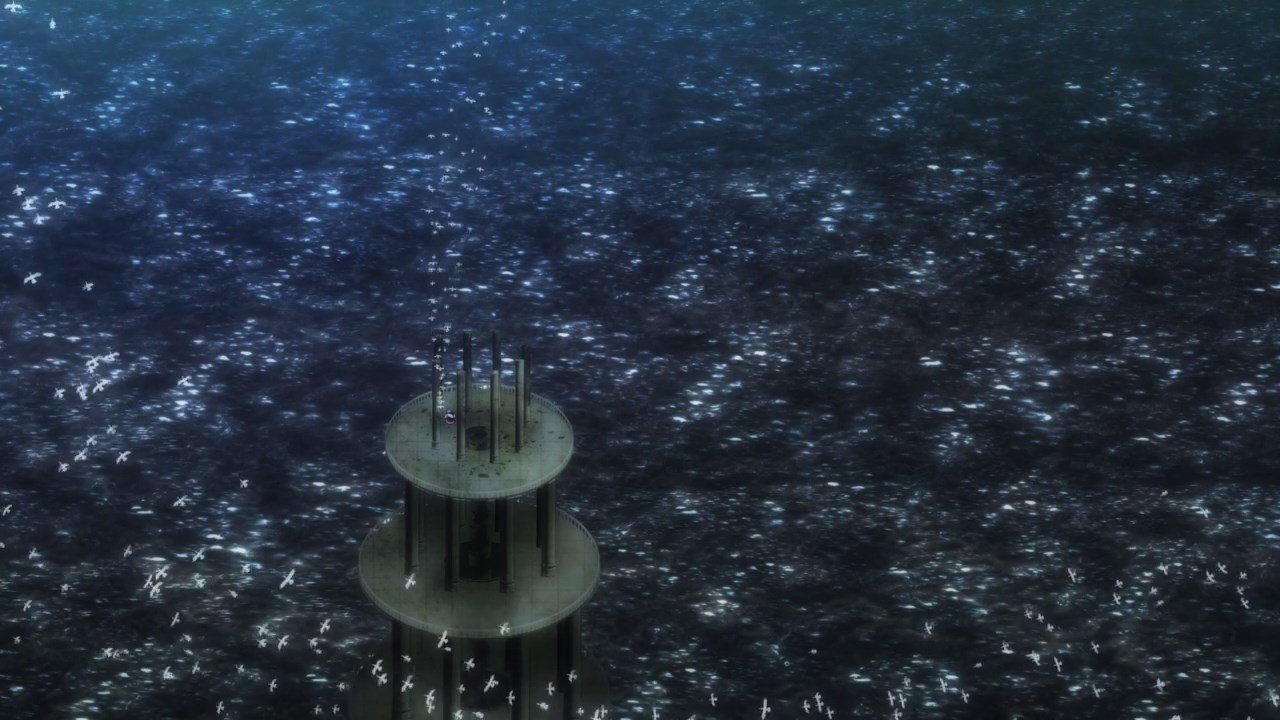 But instead of destroying various buildings as a permanent witch, something weird happened… 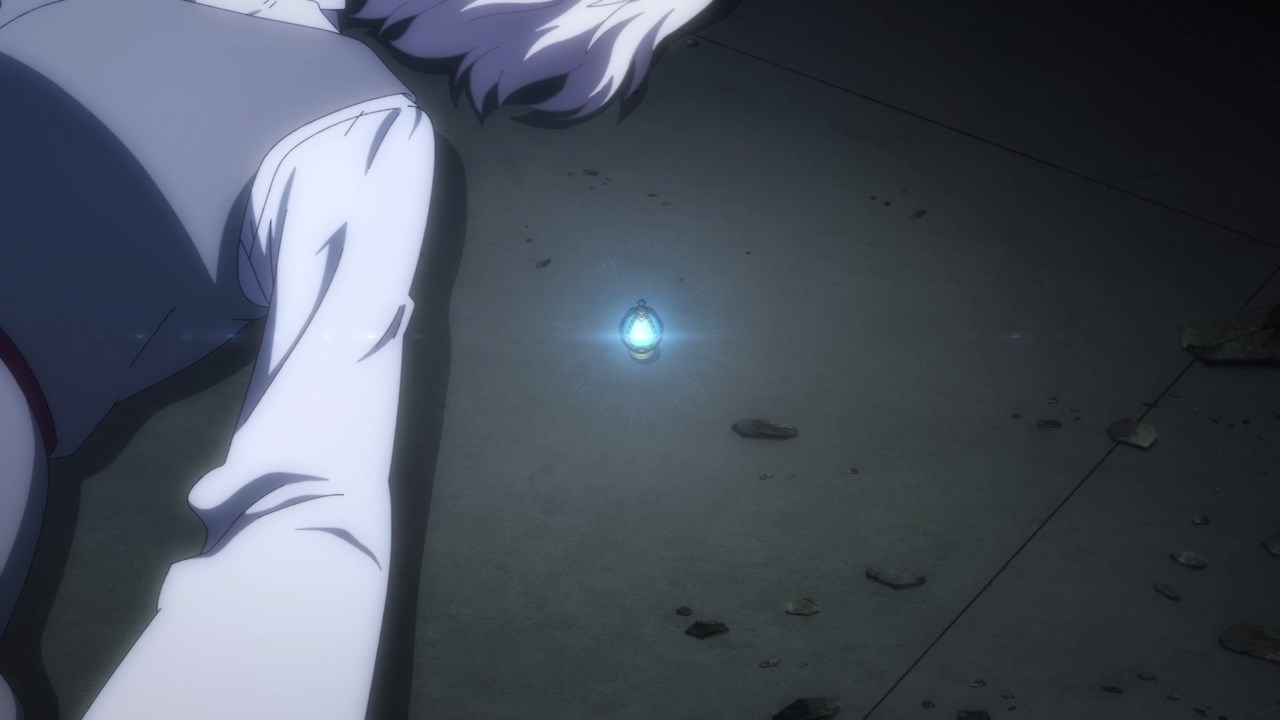 Turns out that after becoming a witch for a few minutes, Mifuyu Azusa returns to her human form as her Soul Gem is finally cleansed. Okay, what’s going on here? 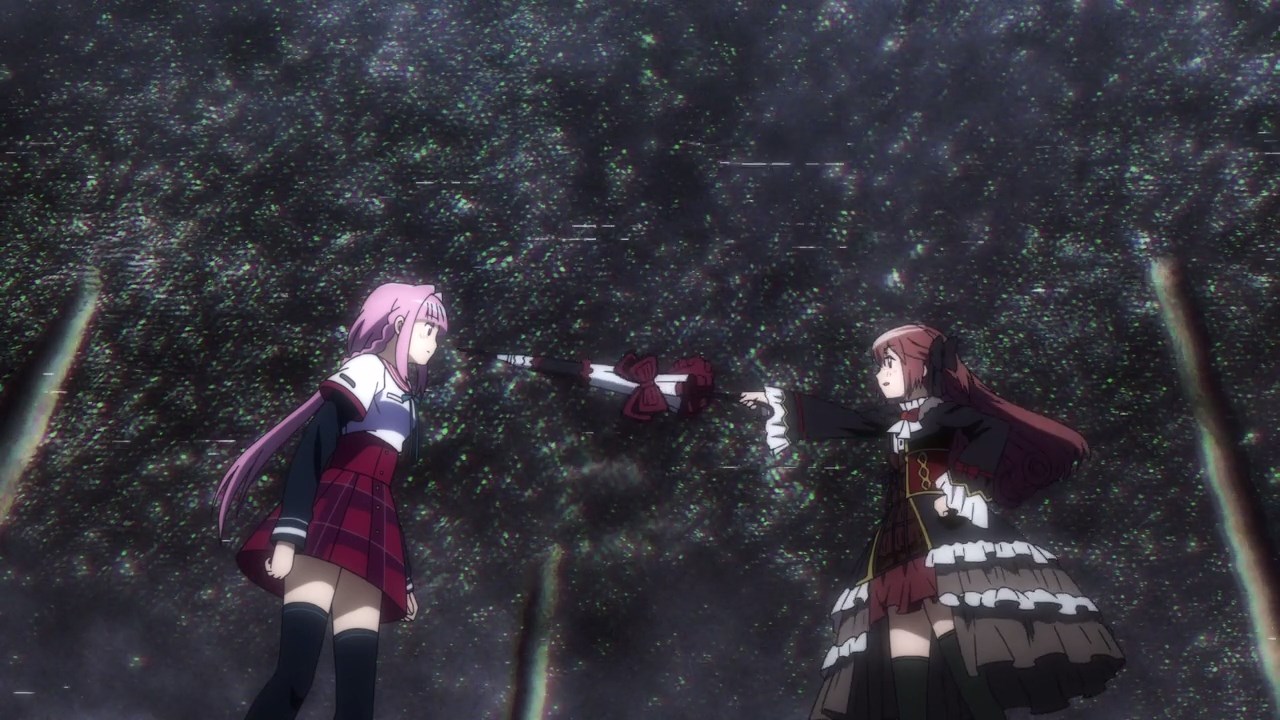 Well, Touka Satomi explained to Iroha Tamaki that this new kind of witch transformation is called Doppel where Touka created it by using despair. That’s right, magical girls transforms into witches or Doppels where they’re on the edge.

Unfortunately, I have to leave this episode right here as Iroha Tamaki must make a crucial decision: Join The Wings of Magius or die trying. We’ll find out on the final episode!