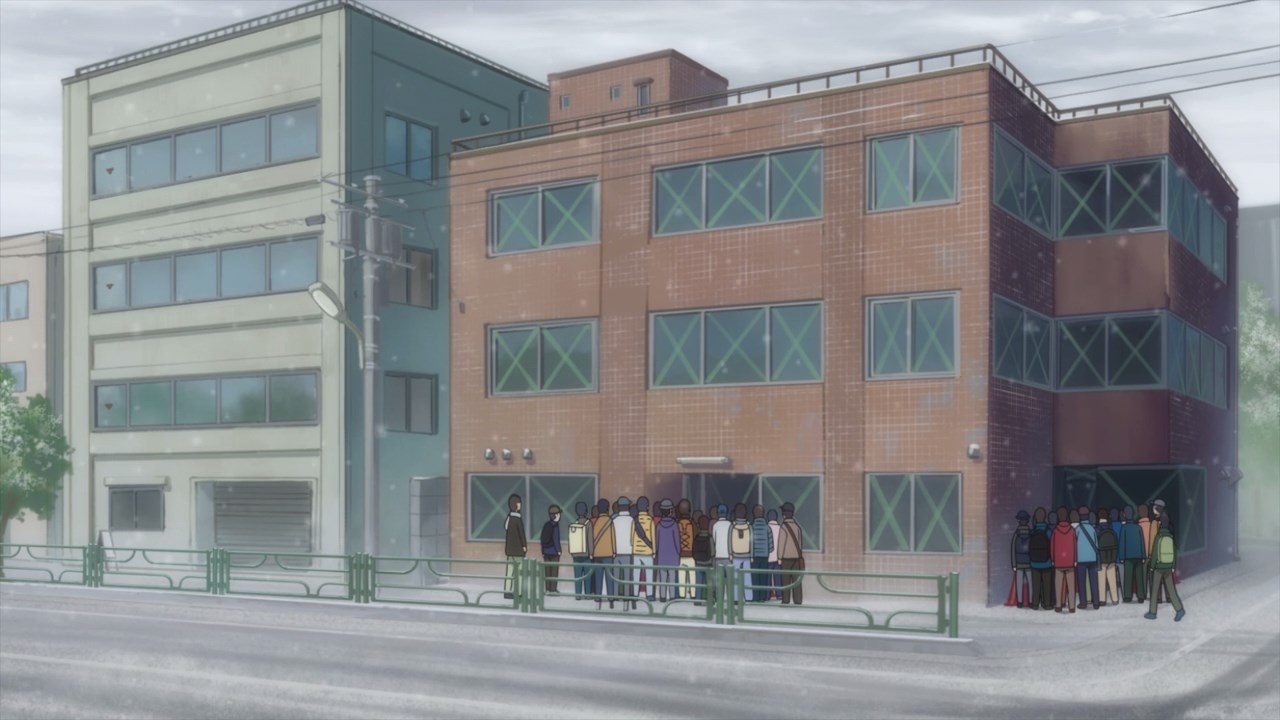 Well look what we have here, a large crowd is forming up outside Production GIP’s main office. Um guys, security will boot you out ’cause there’s nothing to see inside the building! 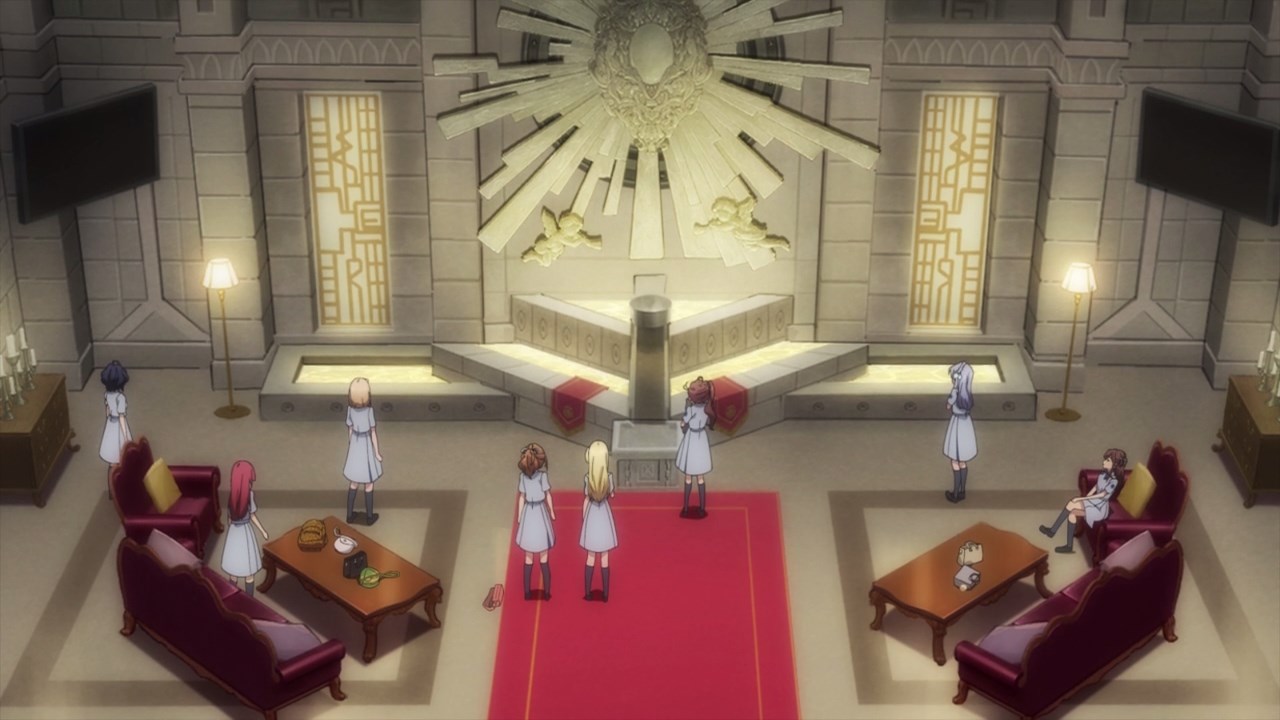 In any case, The Wall has spoken in which it told the girls that it’s observing their actions up until the point where The Wall decided to disband Nanabun no Nijyuuni. 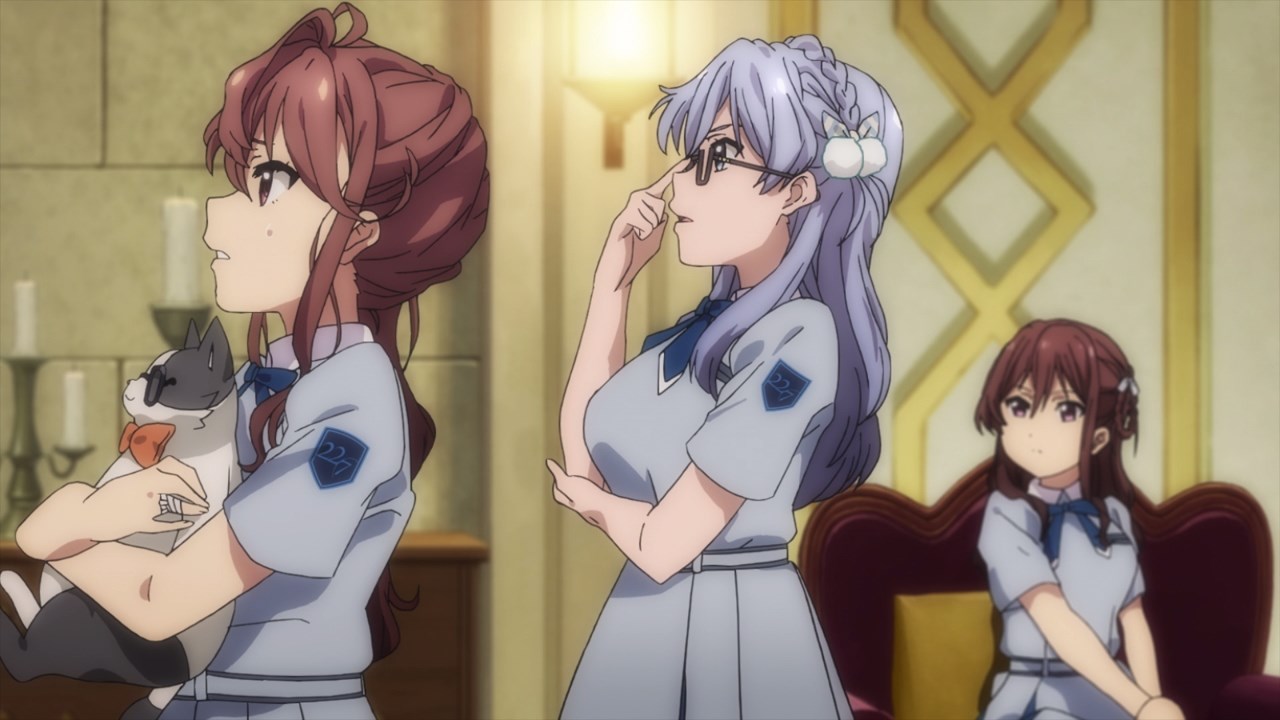 And the reason why The Wall disbanded 22/7 is because Production GIP will move onto the next phase of their project, although the scope of their plans is still unknown.

But if I have to speculate on what will be Production GIP’s next phase, I think that they’ll recruit new girls and turn them to idols until they outlived their usefulness. So yeah, The Wall and Production GIP won’t revive Nanabun no Nijyuuni at all. 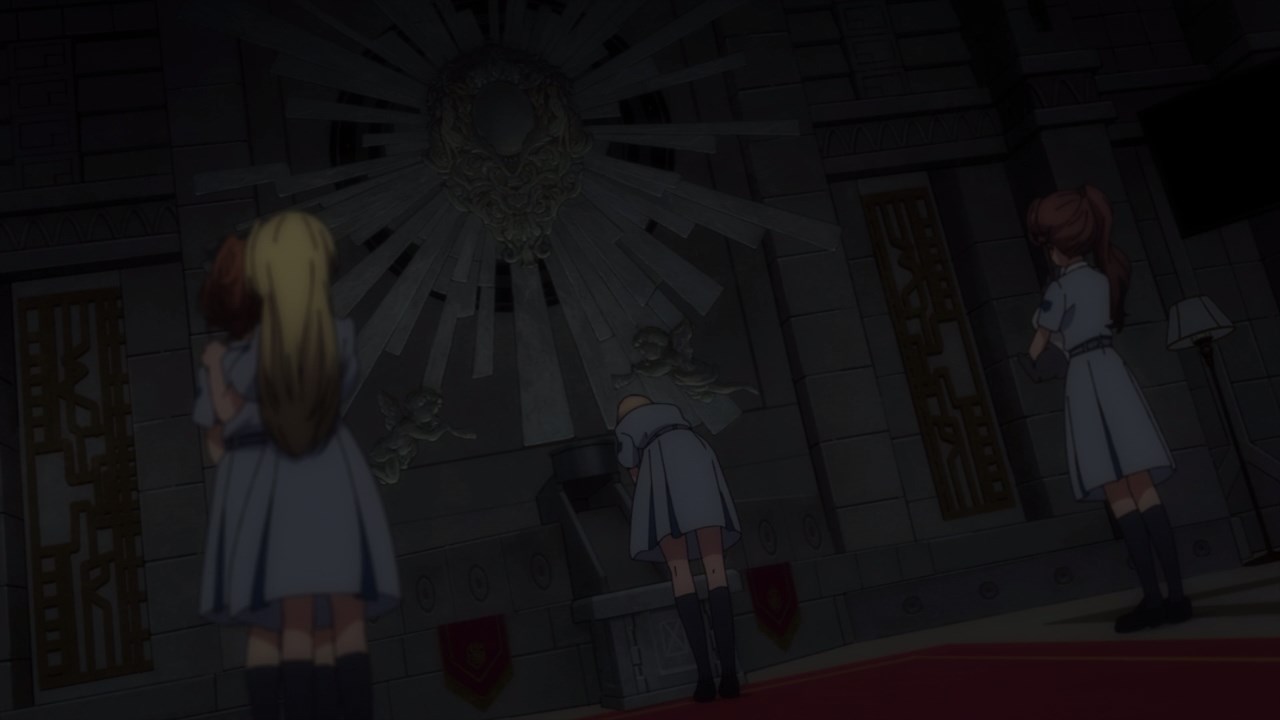 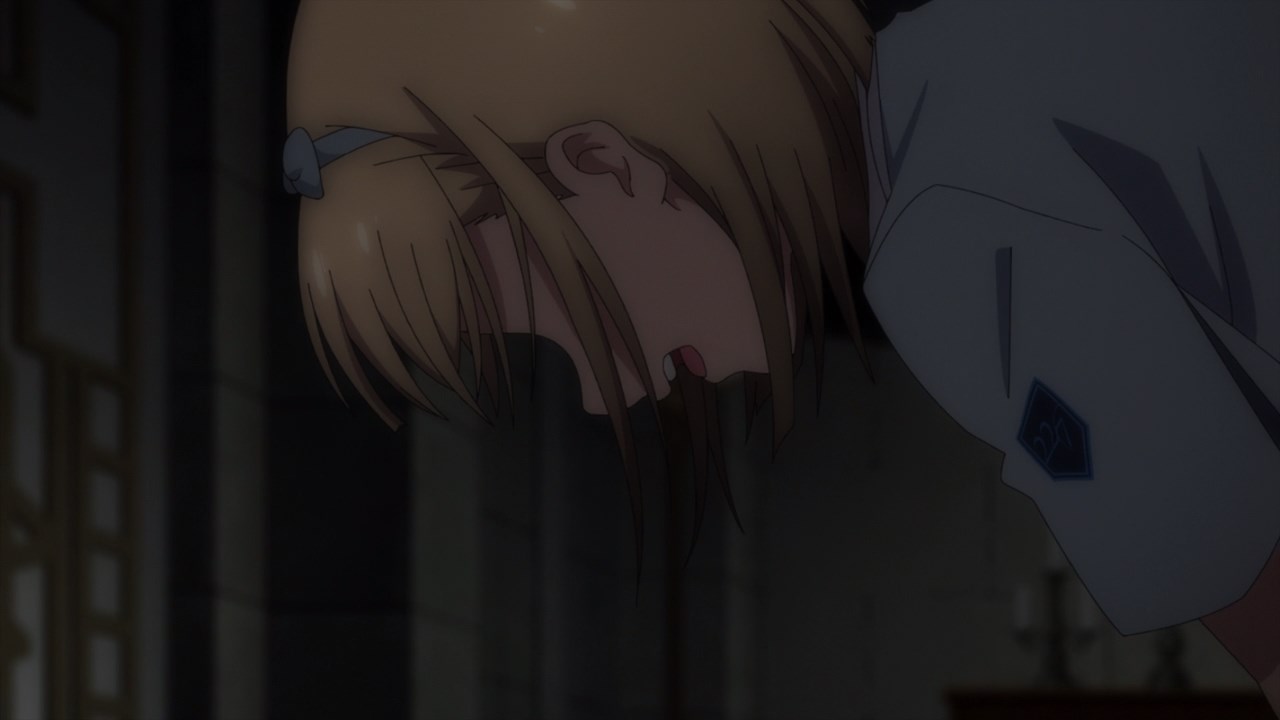 However, most of the girls disagree and in the case of Nicole Saitou, she wants to perform as a member of 22/7 along with the rest of the girls.

Of course, pleading with The Wall won’t do any favors as it just observes and gives out absolute orders on a whim until The Wall is done with them. 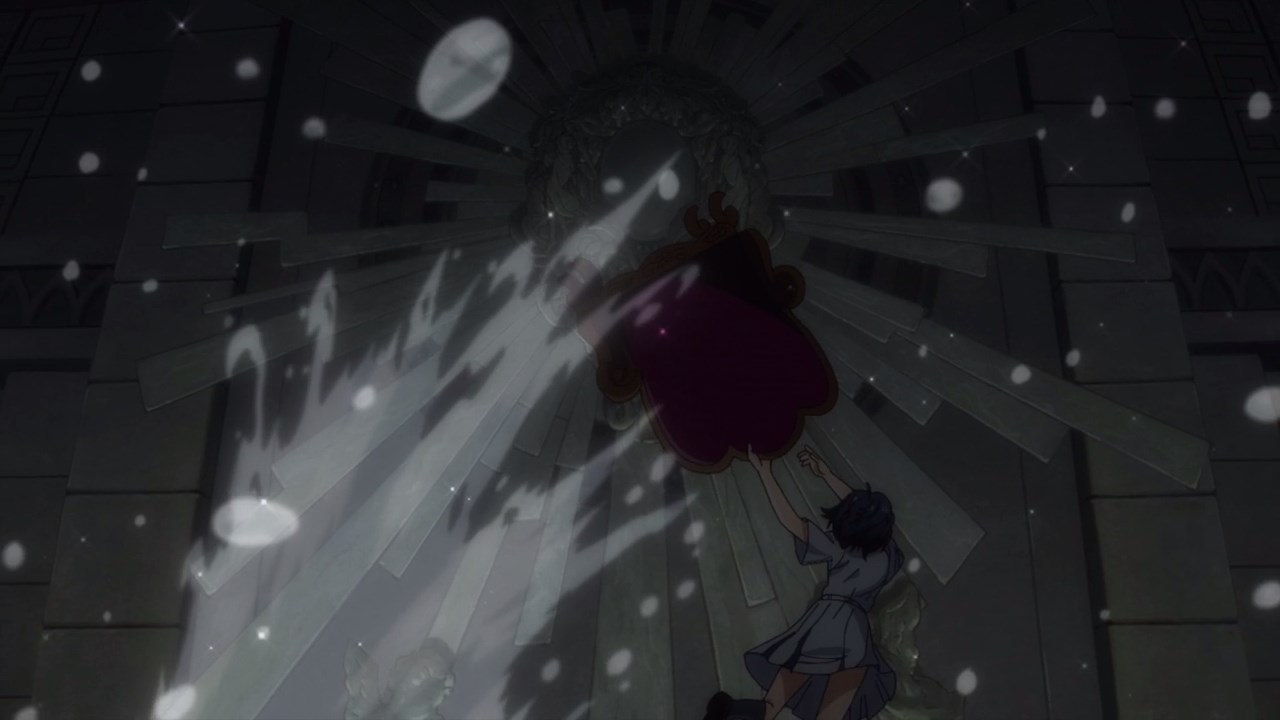 But if a peaceful persuasion doesn’t work, the only last-ditch option would be violence just to get their message across a monolithic AI! 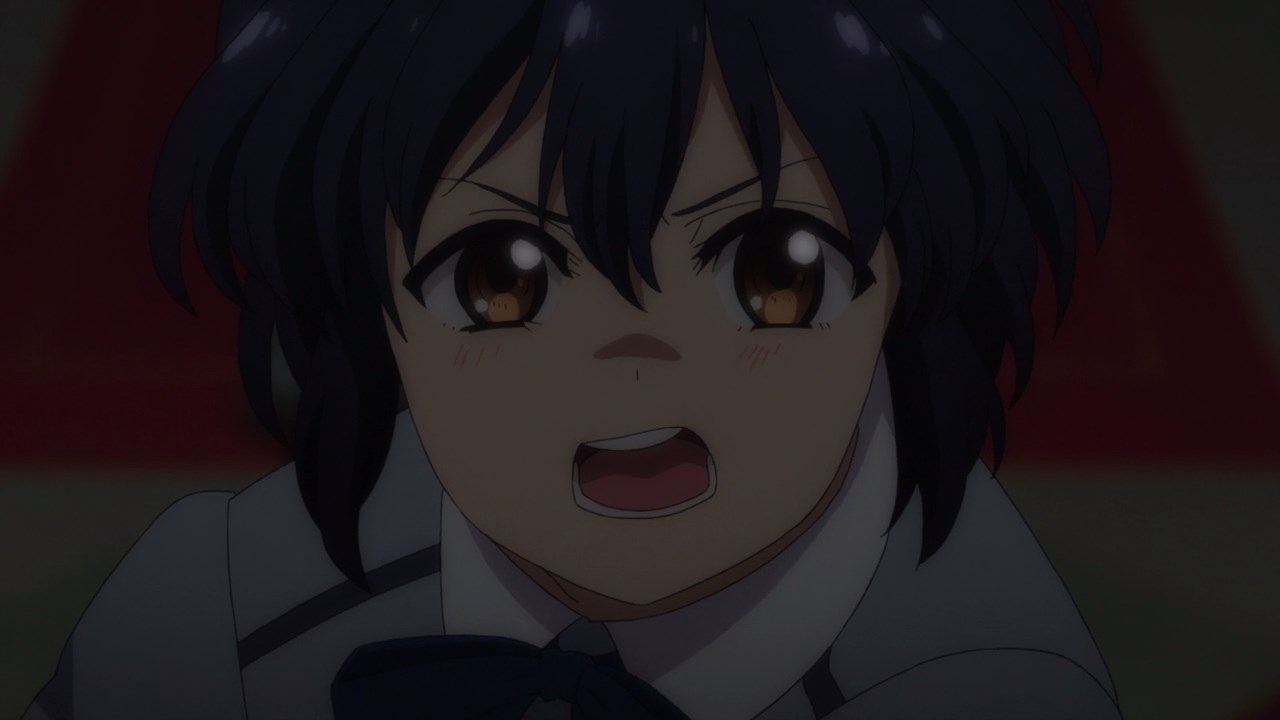 With that said, Miu Takigawa won’t accept the disbandment as she and her fellow idols want to continue performing as 22/7. 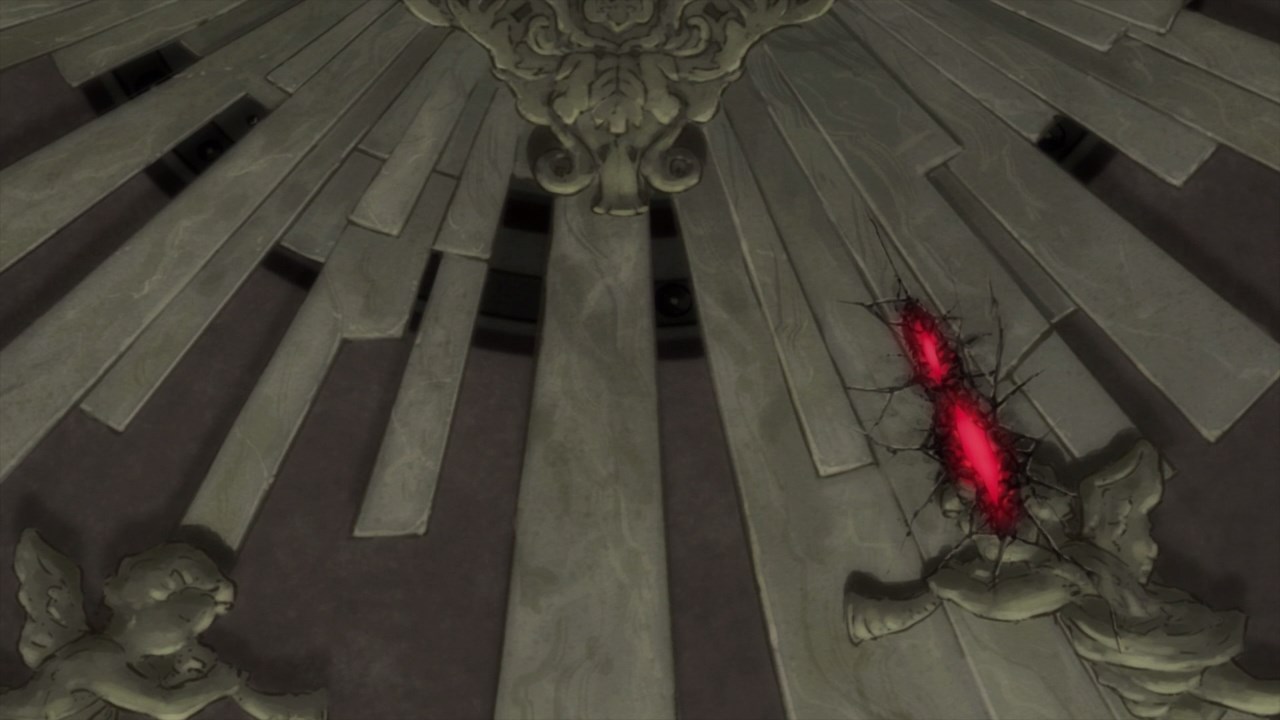 However, it appears that Miu’s rampage has put a dent to The Wall as it got a gaping hole. 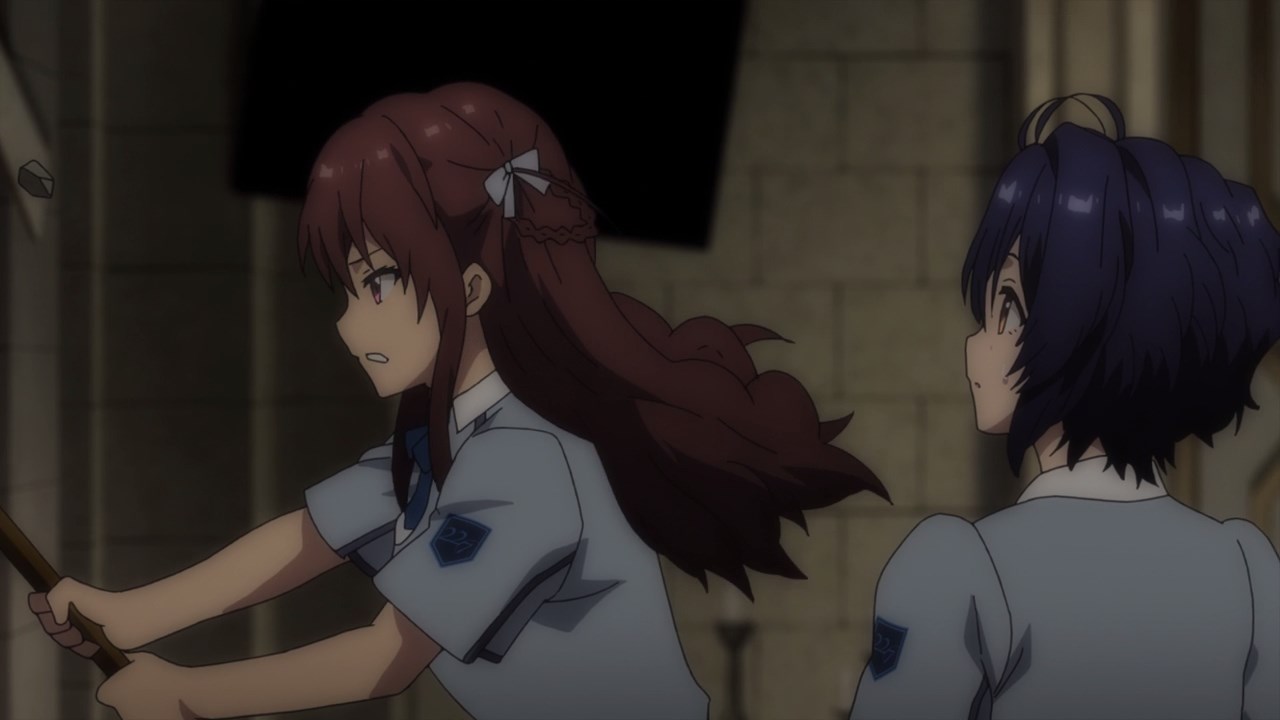 So, the only solution is to make it bigger as Ayaka Tachikawa demonstrates as she grabs a lamp and proceeds to destroy The Wall… 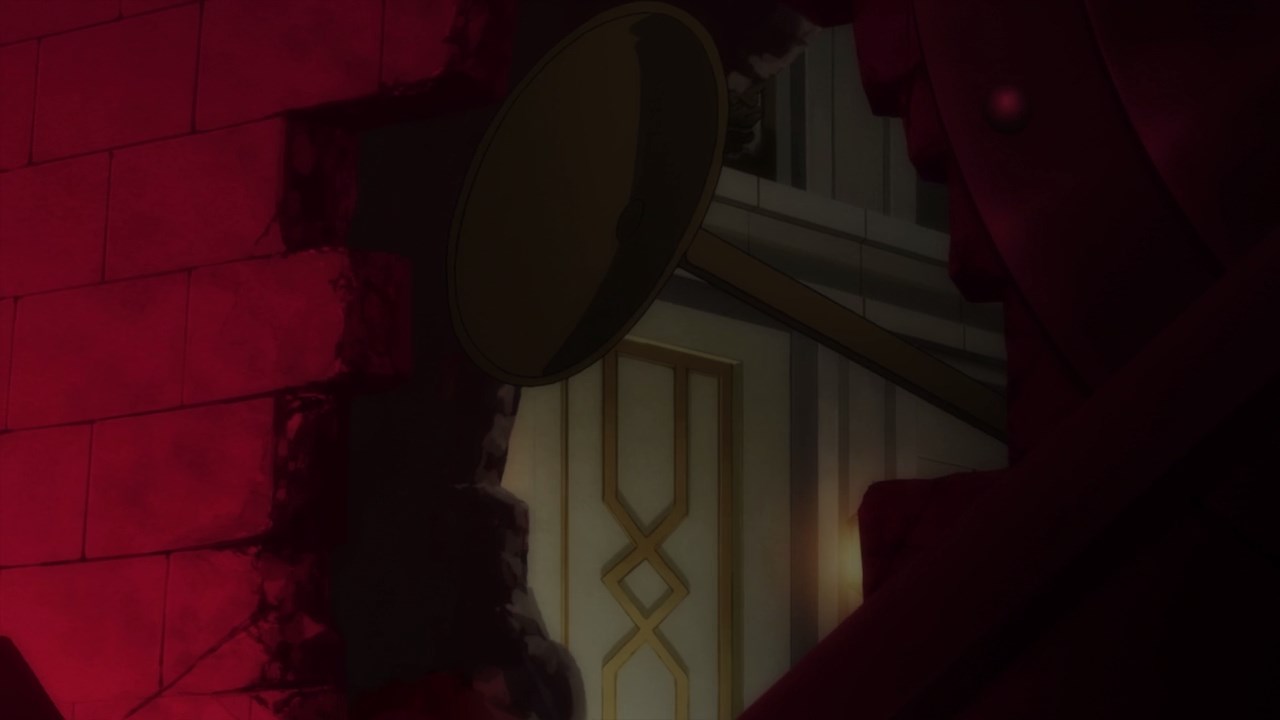 …until the hole is big enough for a girl to fit inside. Of course, I wanna know what’s behind The Wall. 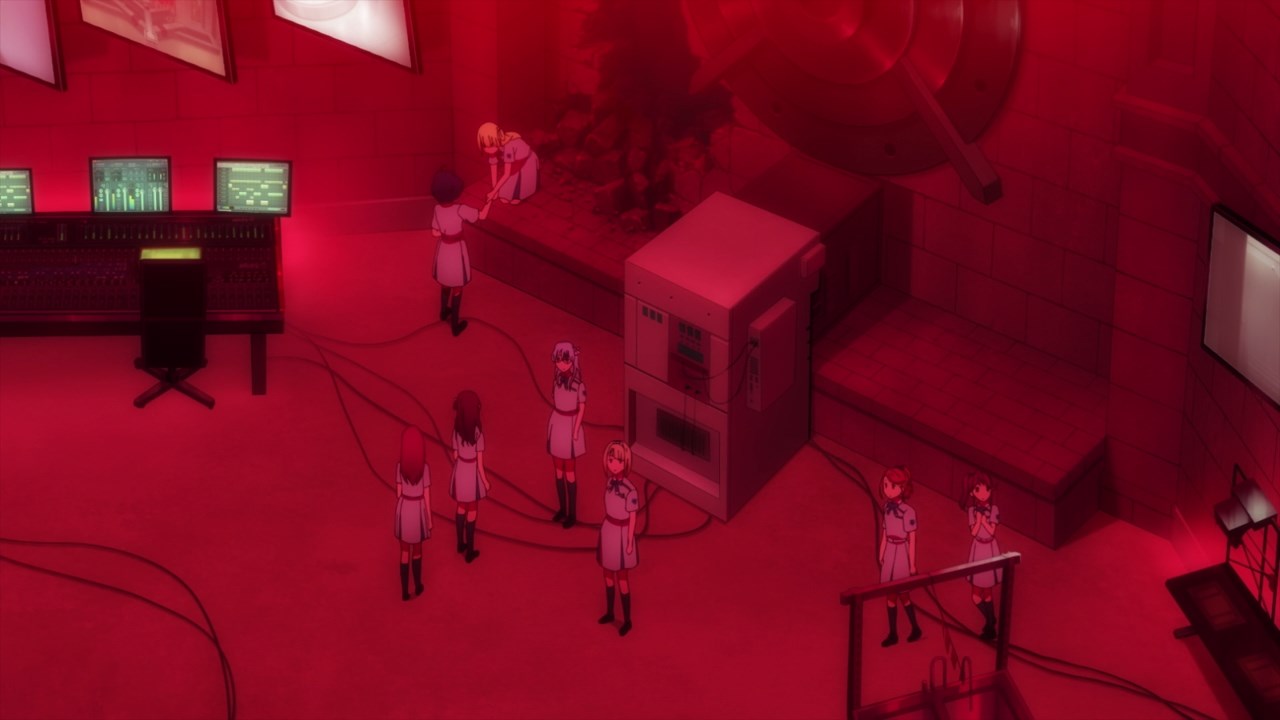 Well, this is quite interesting as the girls found numerous equipment such as a stamping press to make order placards, a mainframe computer which controls the surveillance cameras other than housing The Wall’s AI… 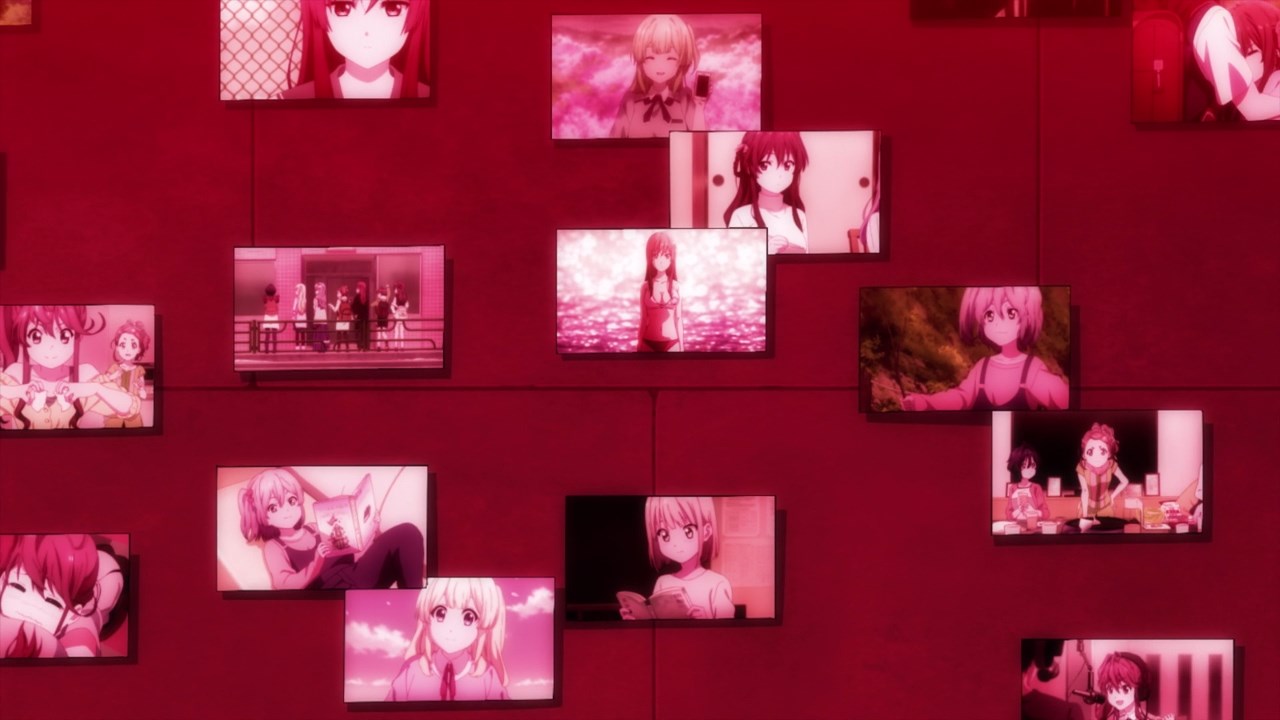 …and various pictures of the girls, most of which are taken when they’re kids. Okay, I have a bad feeling that Production GIP is one shady company who spies on girls and then recruit them as idol.

Oh yeah, and I think there’s another reason why Production GIP wanted to disband Nanabun no Nijyuuni early is because they don’t know want any of the girls to snoop into their secrets. 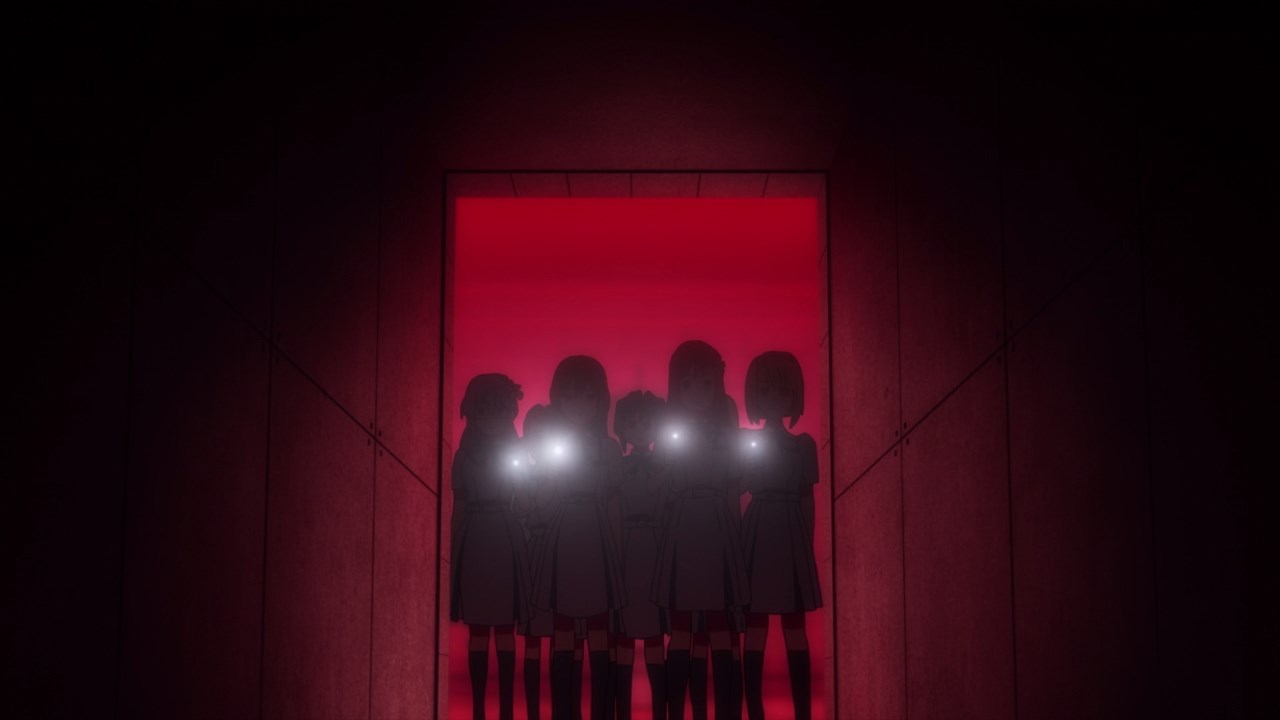 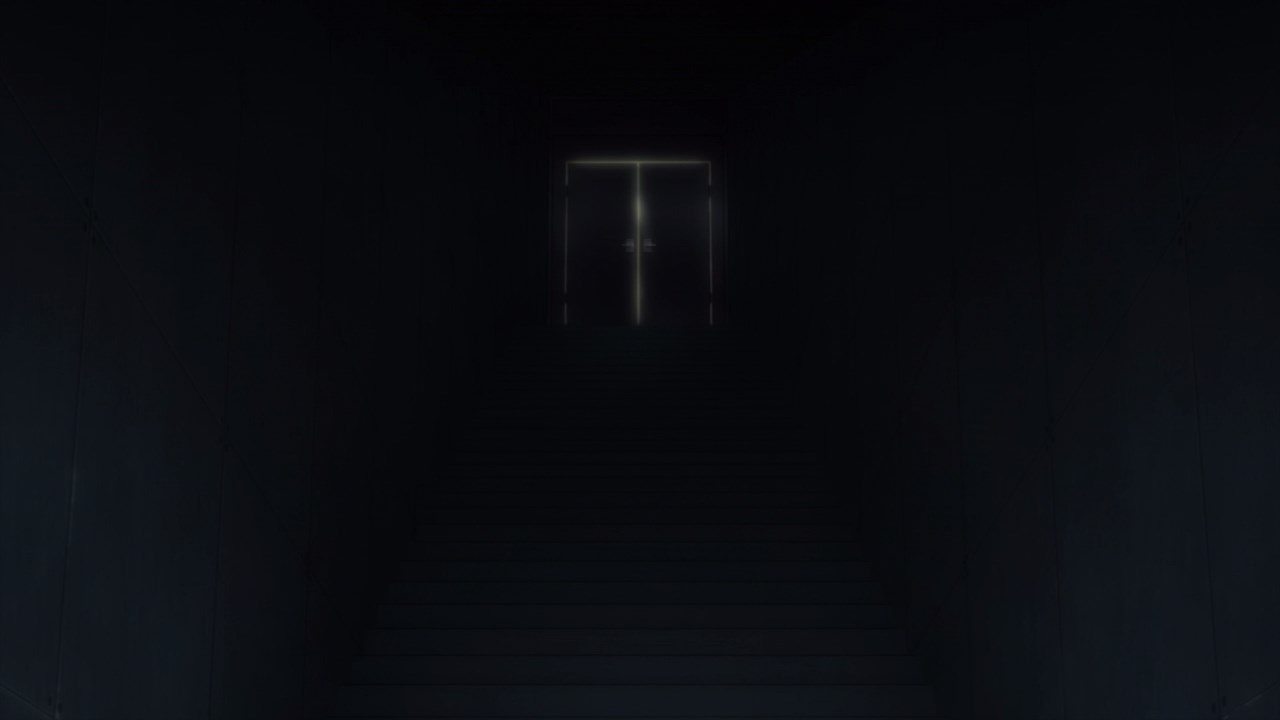 But wait, there’s more as the girls went deeper into the facility where they saw a door and went there to open it. Could it be that Miu and the rest will find the biggest truth behind Production GIP and its machinations? 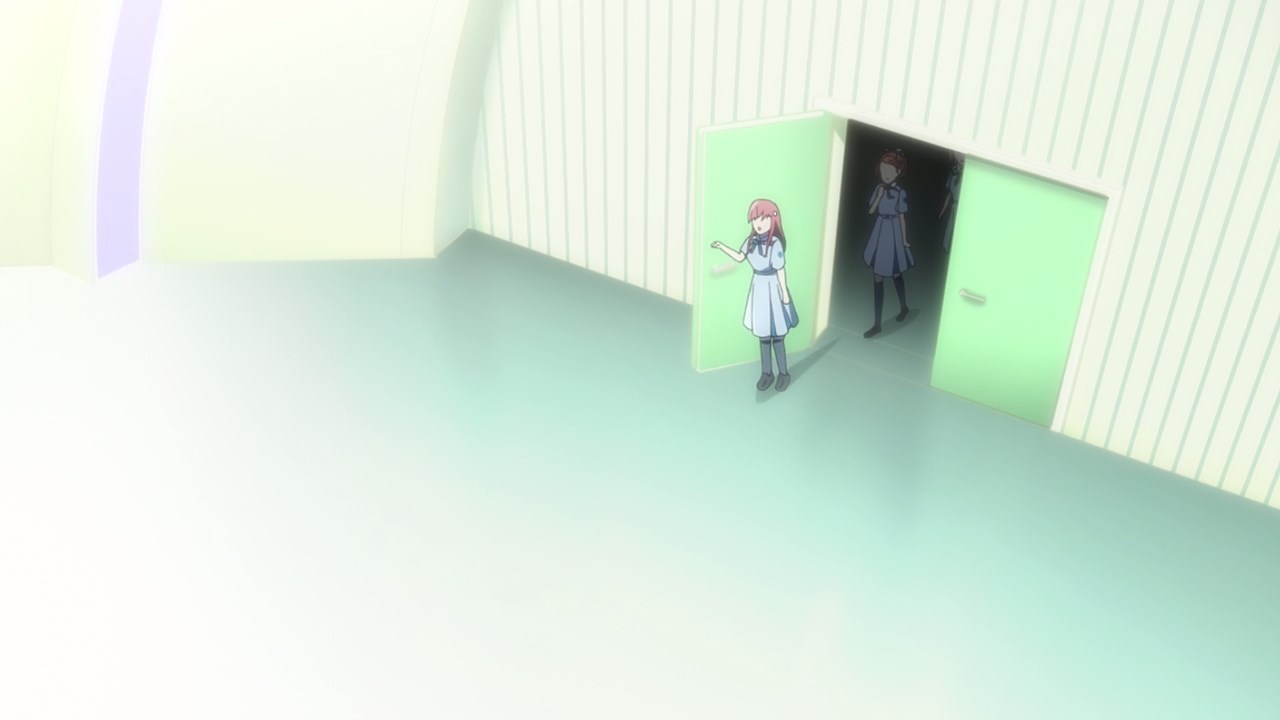 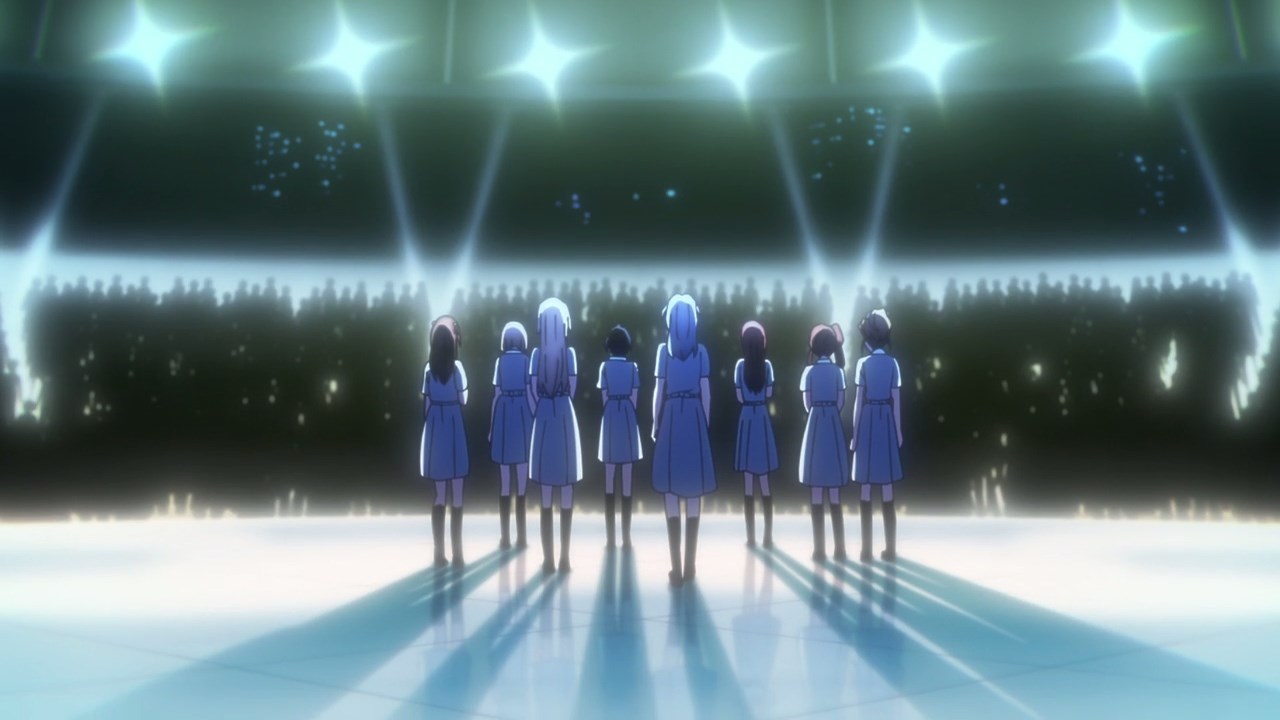 Nope, turns out that they went to a stage full of people. Okay, what the hell is going on here and where’s the big reveal that would give answers to everything regarding this show? 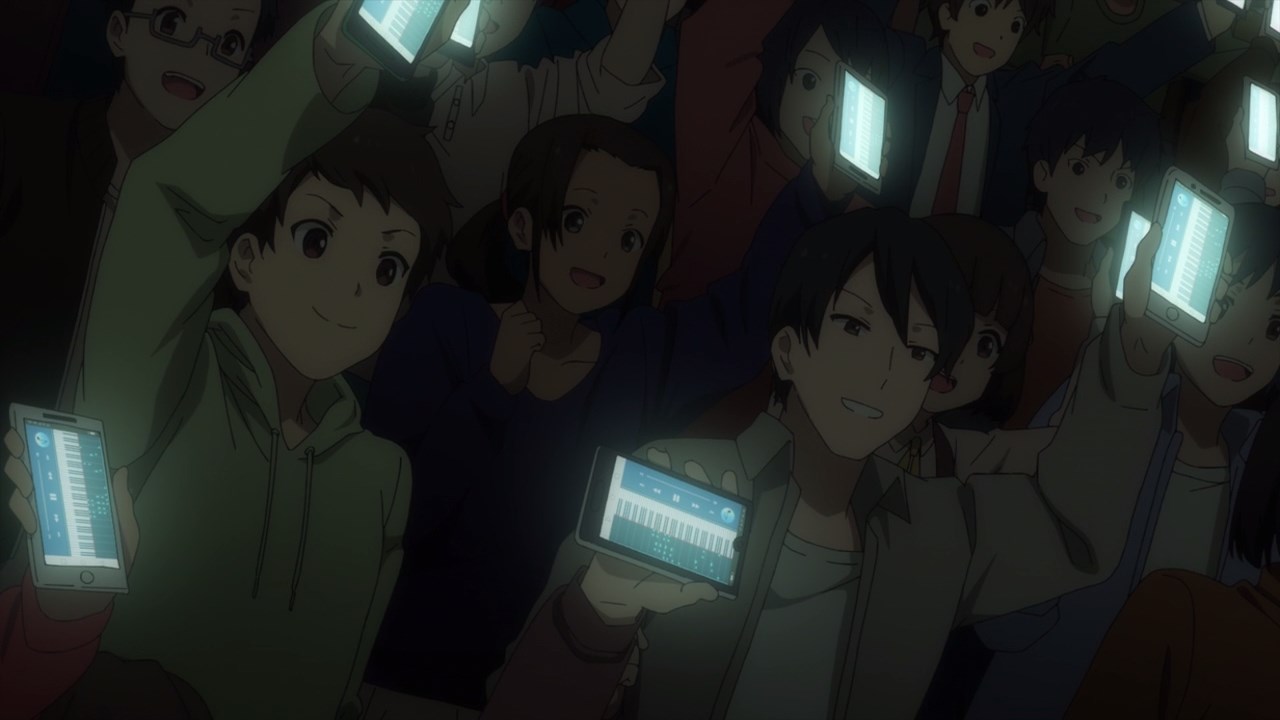 In any case, looks like everyone wants to see the return of Nanabun no Nijyuuni because they believe that the girls didn’t leave them. 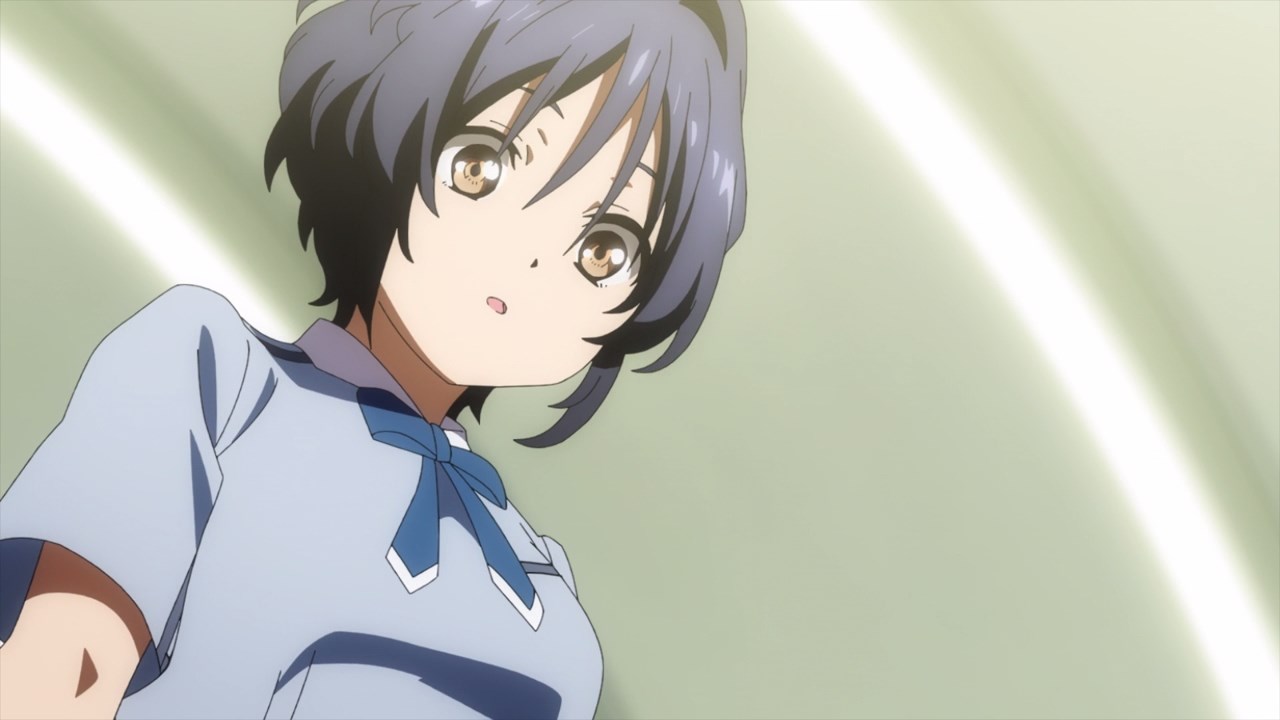 Of course, they can’t perform in front of the audience without their microphones. That’s until Miu Takigawa found something below… 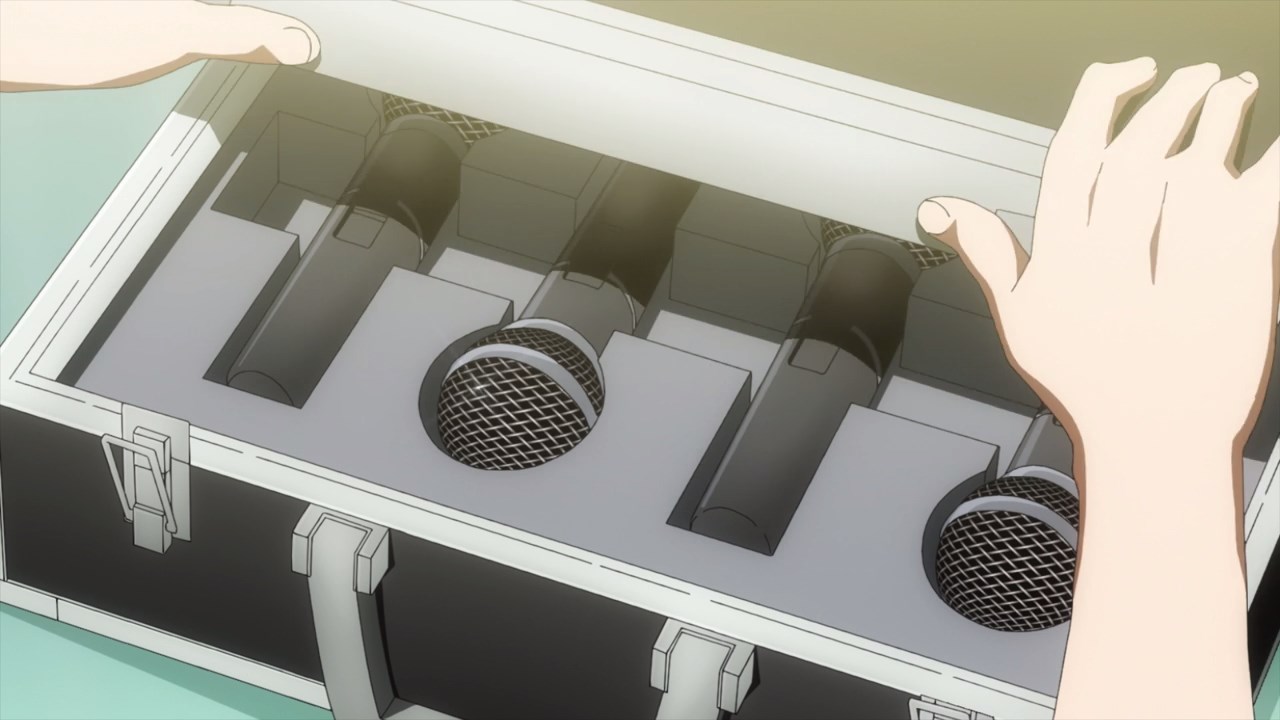 Turns out that there’s a box which revealed 8 microphones for all the girls.

Damn, I feel that Production GIP knew that the girls will revolt and decided to hold a concert just in case. 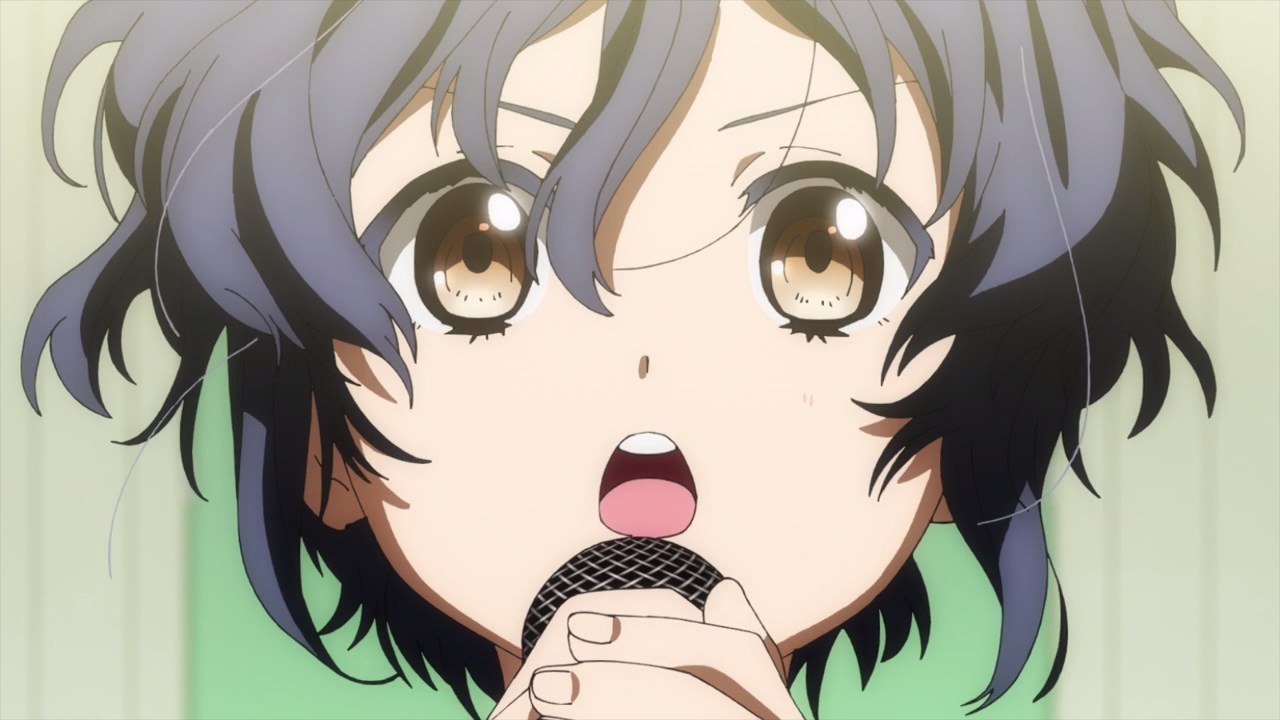 But anyways, here’s Miu Takigawa as she tell everyone on how she and everyone from her group feels in regards to the dissolution and their desire to perform again as idols of 22/7. 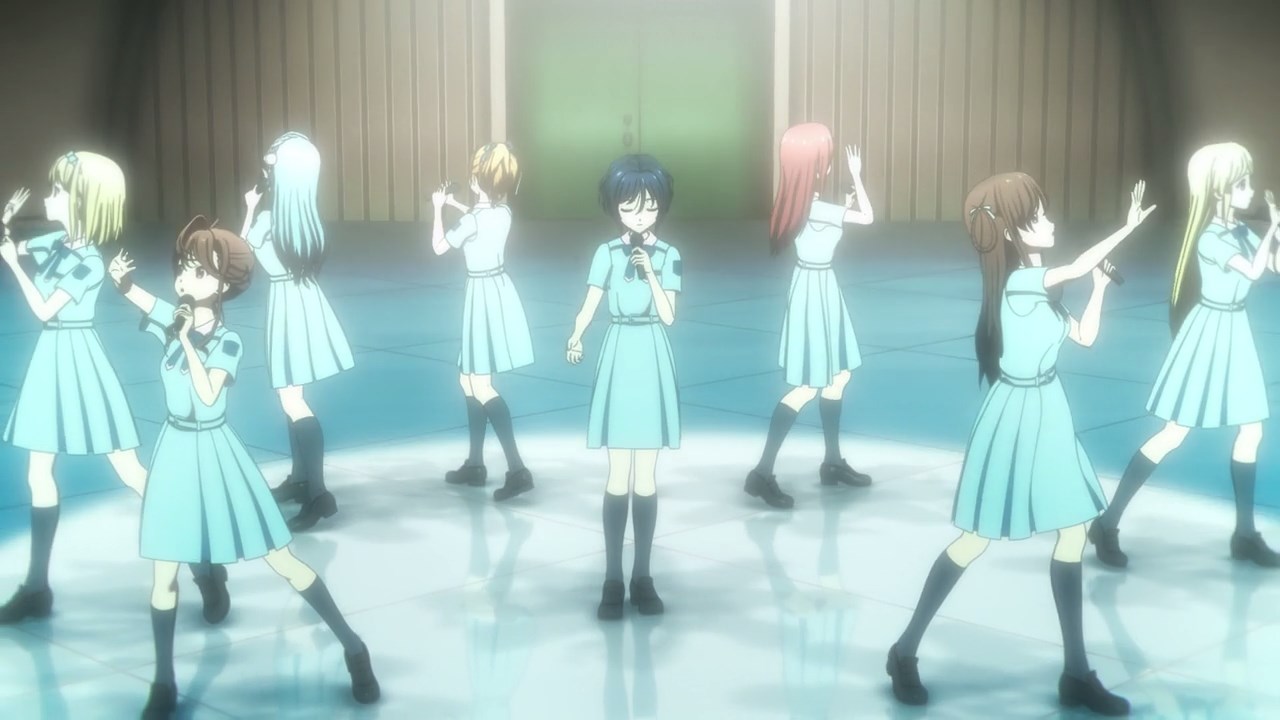 With that said, it’s time for Nanabun no Nijyuuni to perform the opening song for this show, “Muzui”. But seriously, who’s responsible for holding this concert? 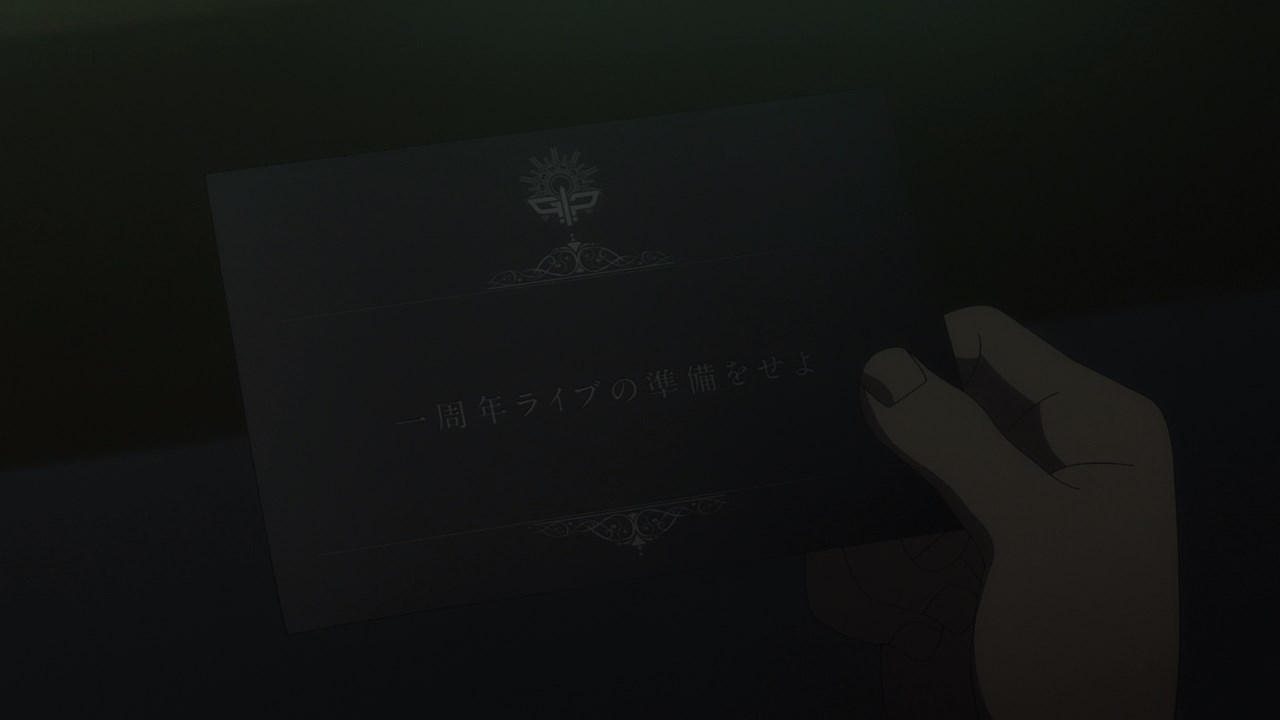 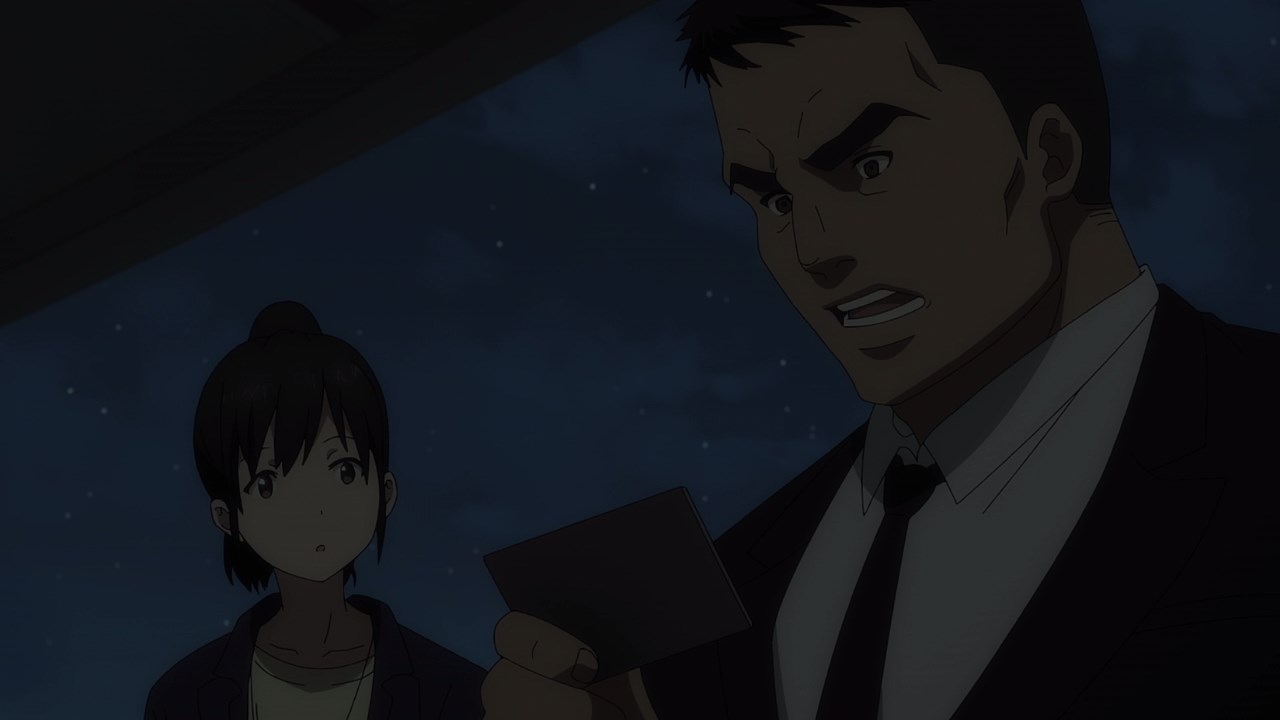 Well, it was actually The Wall who ordered Aoi Gouda to use the stage at the zoo to hold the 1-year anniversary concert.

And I like I said before, Production GIP knew that the girls wanted to perform as idols. Still, we’ll never know the truth in regards to Production GIP because they’re a vague organization who wants to create a social experiment on those 8 girls. 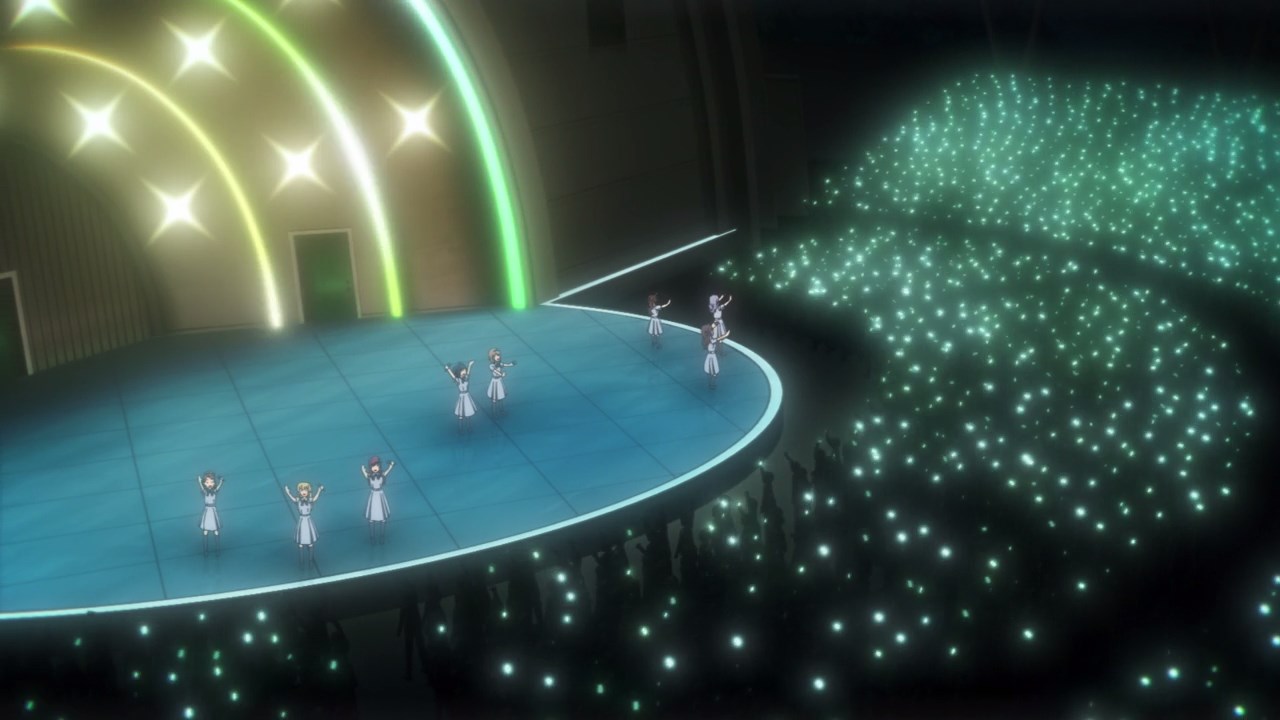 And that concludes Nanabun no Nijyuuni as the idol group has returned and their 1-year anniversary concert is a success.

I have to say that it was a good anime series where it shows the lives of those girls and how they got recruited by a vague talent agency with questionable actions. I love the backstory of some of the girls like Jun Toda and Nicole Saitou, especially when Nicole is linked to Miu Takigawa.

Of course, there are some things that will remained unanswered such as who’s running Production GIP but other than that, this anime series is interesting to watch. 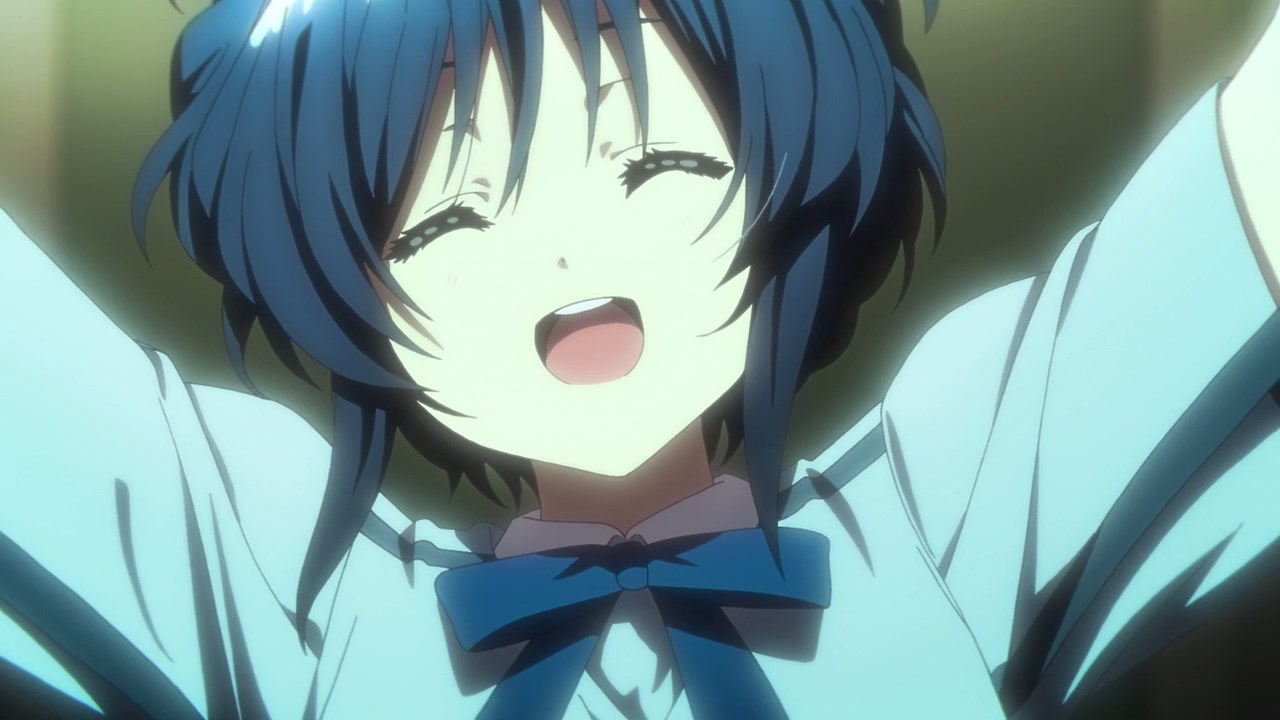 Anyways, I’m gonna end this post right here and I have to say that it’s nice to see Miu Takigawa feeling happy after she returned as an idol together with the rest of the girls.

Sadly, we’ll never know what Aniplex, or even Yasushi Akimoto plans for the future of 22/7 as there’s no second season announced. While we’re at it, there’s an OVA episode coming up pretty soon.