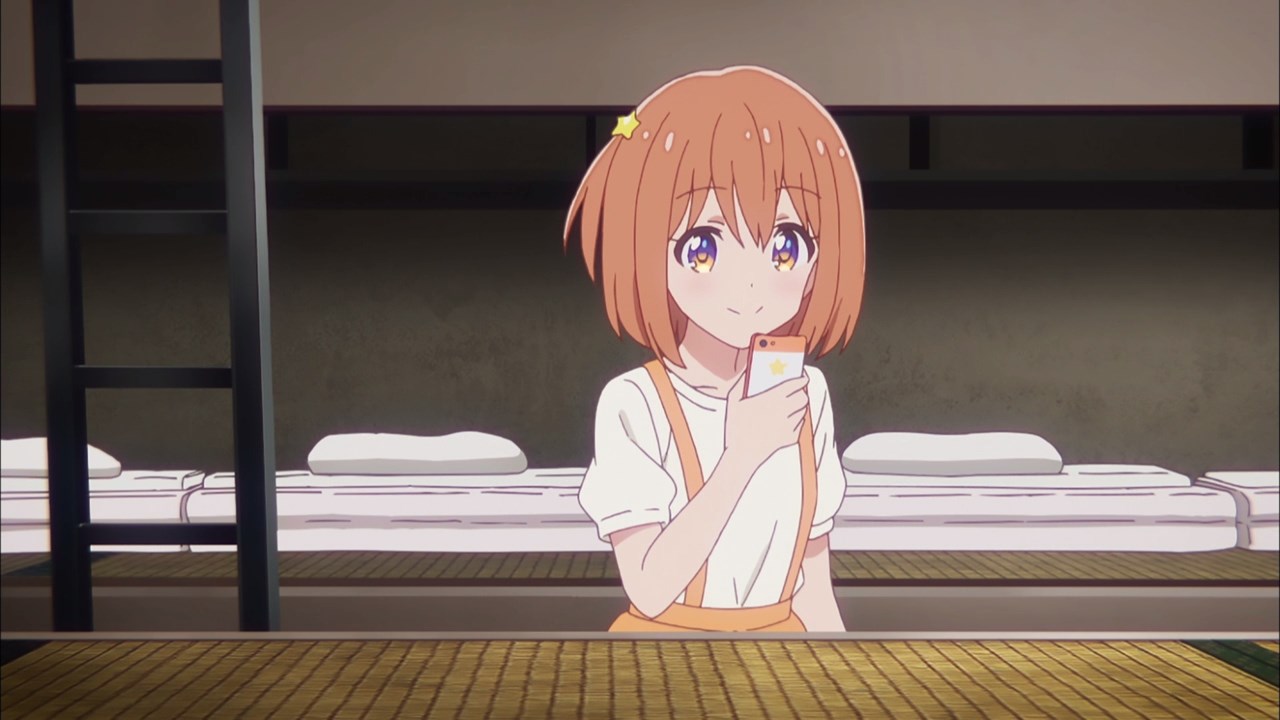 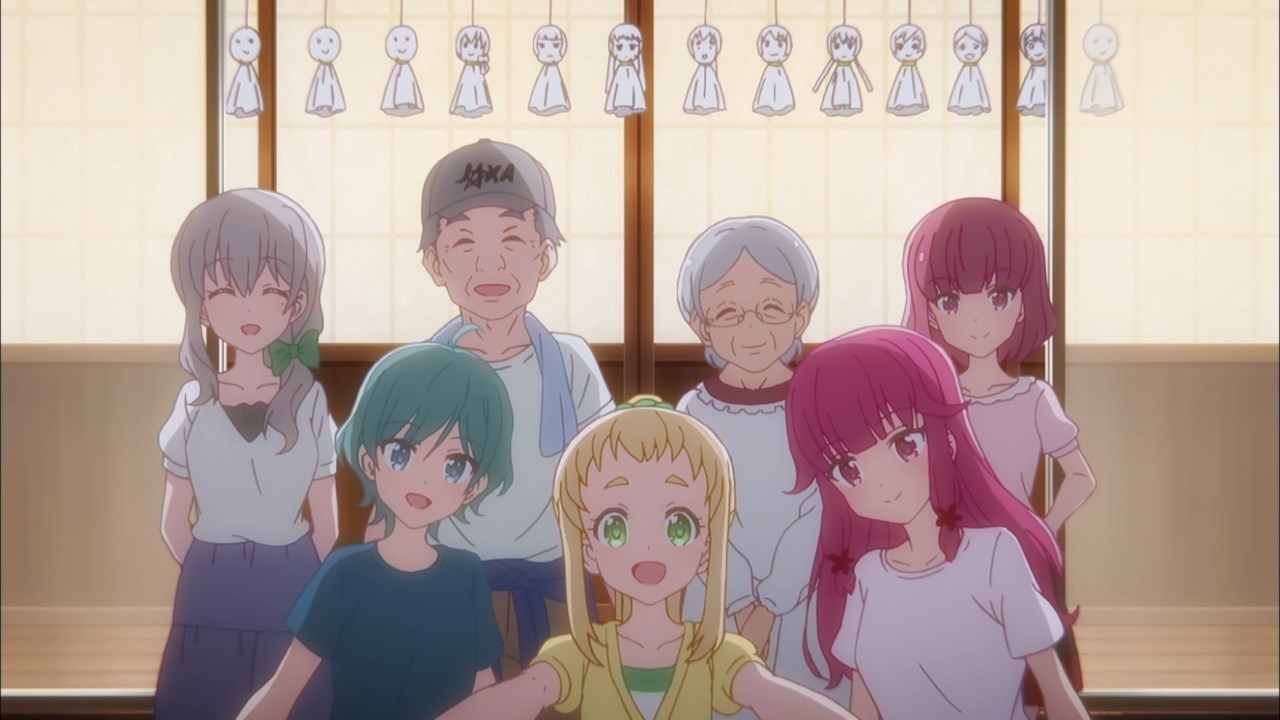 Well you see, the earth science club and Yuki Endou’s grandparents made lots of teru teru bouzu dolls so that Okinawa will have clear weather. Thanks a lot! 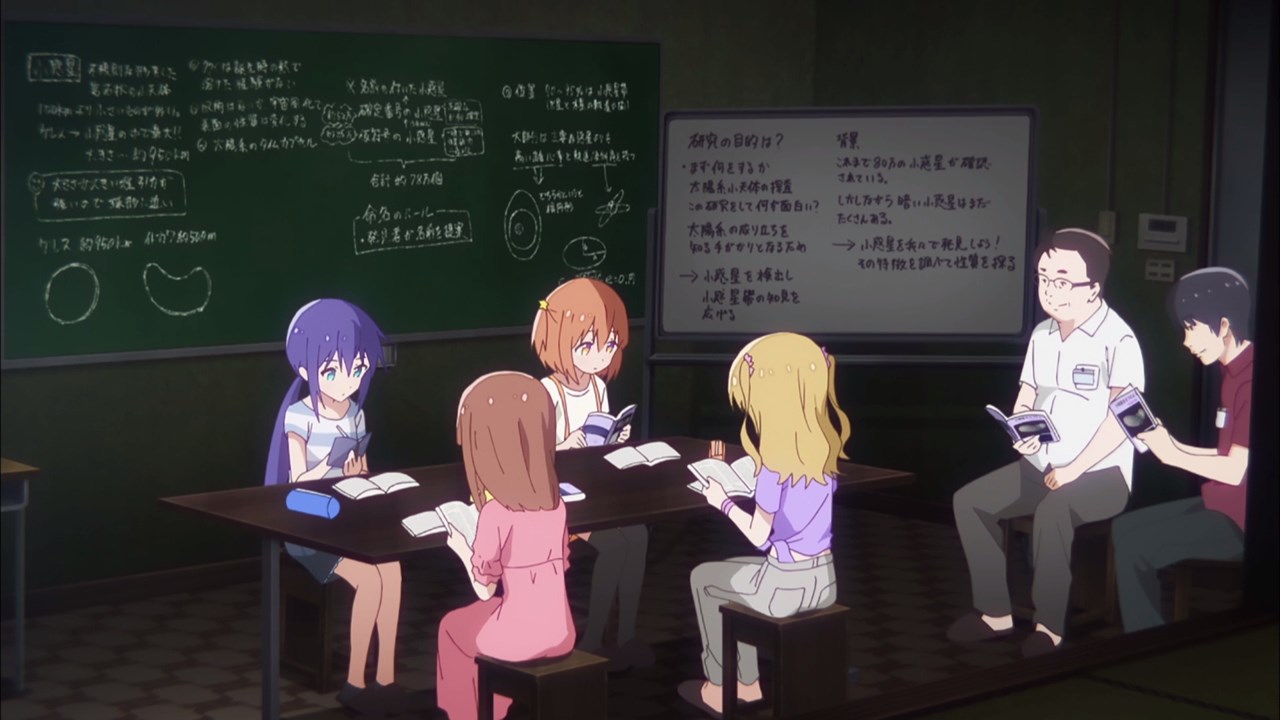 Anyways, it’s time for Mira Konohata and the rest to find an asteroid on this last day.

But first, time for a study session from Hanashima-san and Horiguchi-san where the girls will learn how celestial bodies are formed and how they move, which will be applied on finding one later. 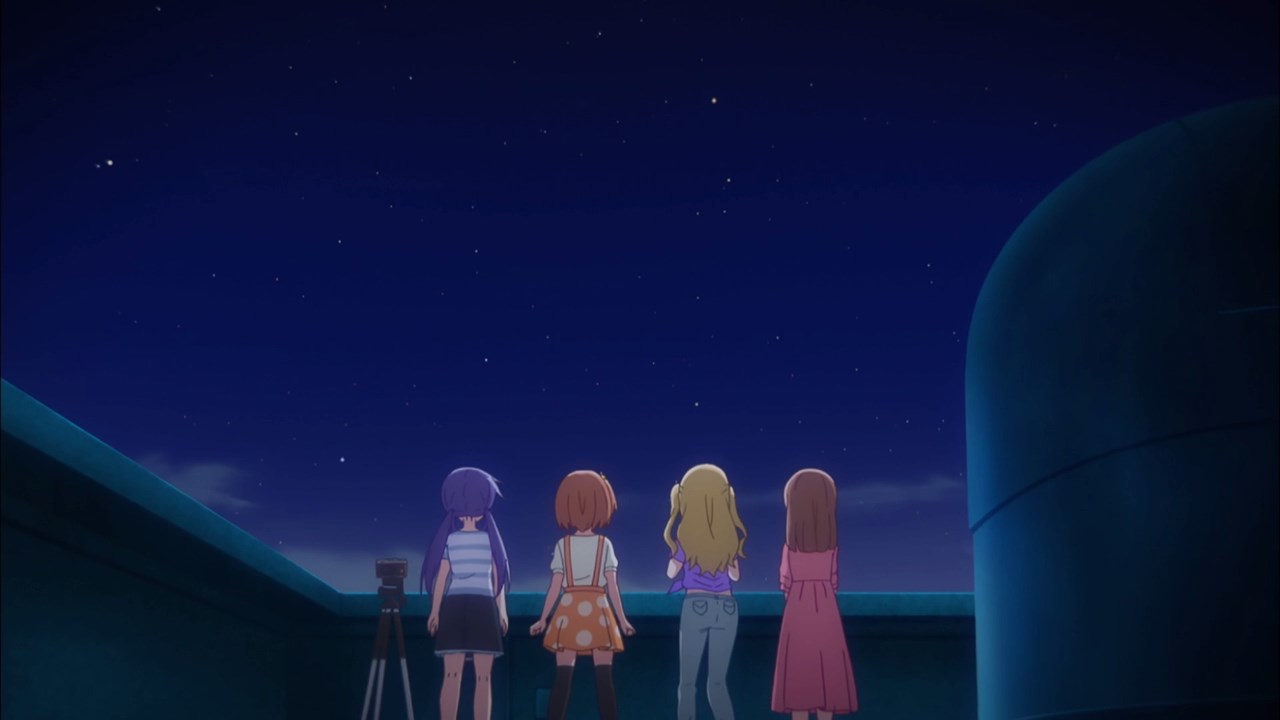 Afterwards, it’s time for the girls to relax as they see the stars at the rooftop. 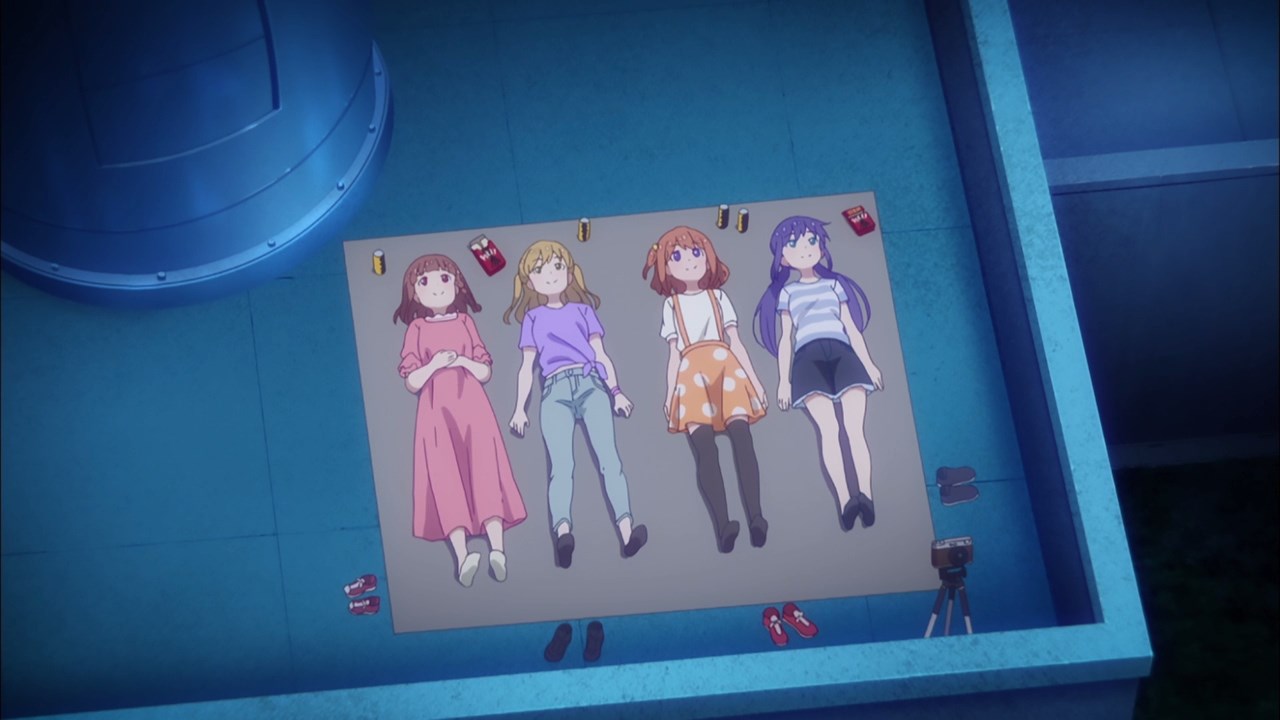 Yeah, they’re gonna chill out on this last day of the Shining Star Challenge as the likes of Asuka Tomori and Shiho Makita are making plans after the program is over.

Speaking of Ao Manaka and Mira Konohata, I wonder what they’ll do after they found a new asteroid? Will they become astronomers in the future? 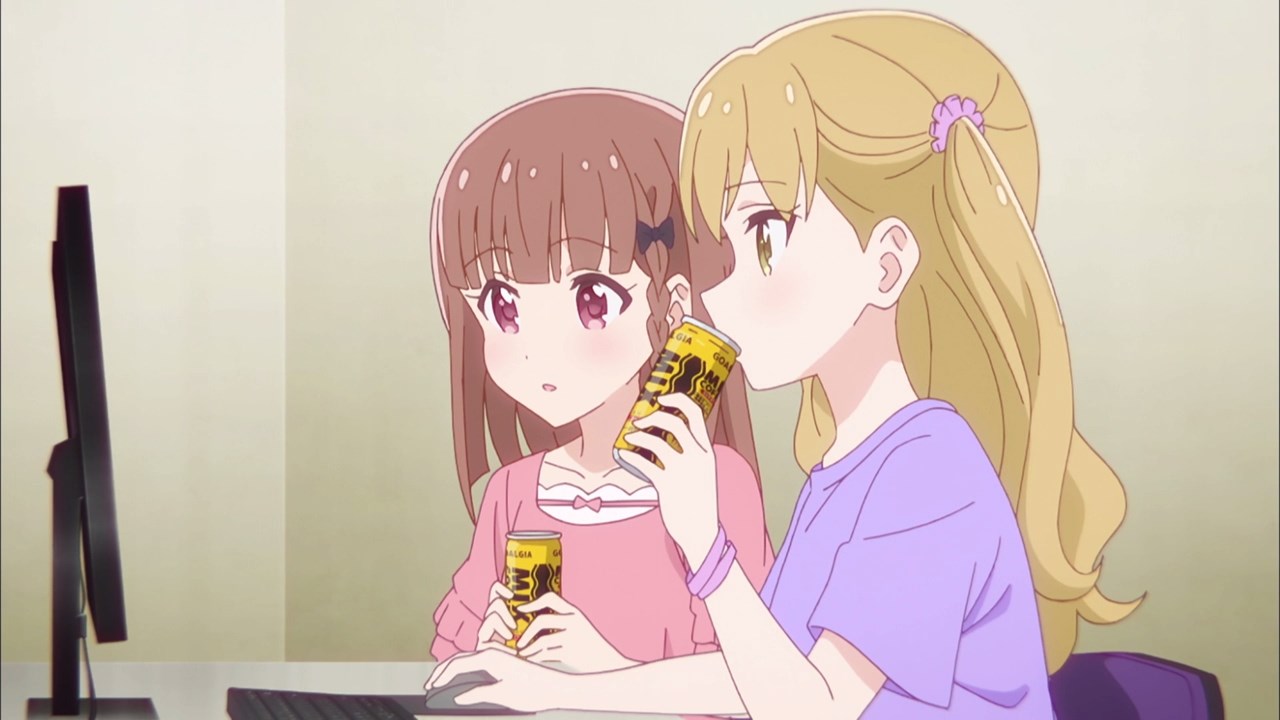 For now, the girls are busy finding a celestial body using an optical telescope. By the way, the other team used electromagnetic telescope, but they didn’t find any asteroids. 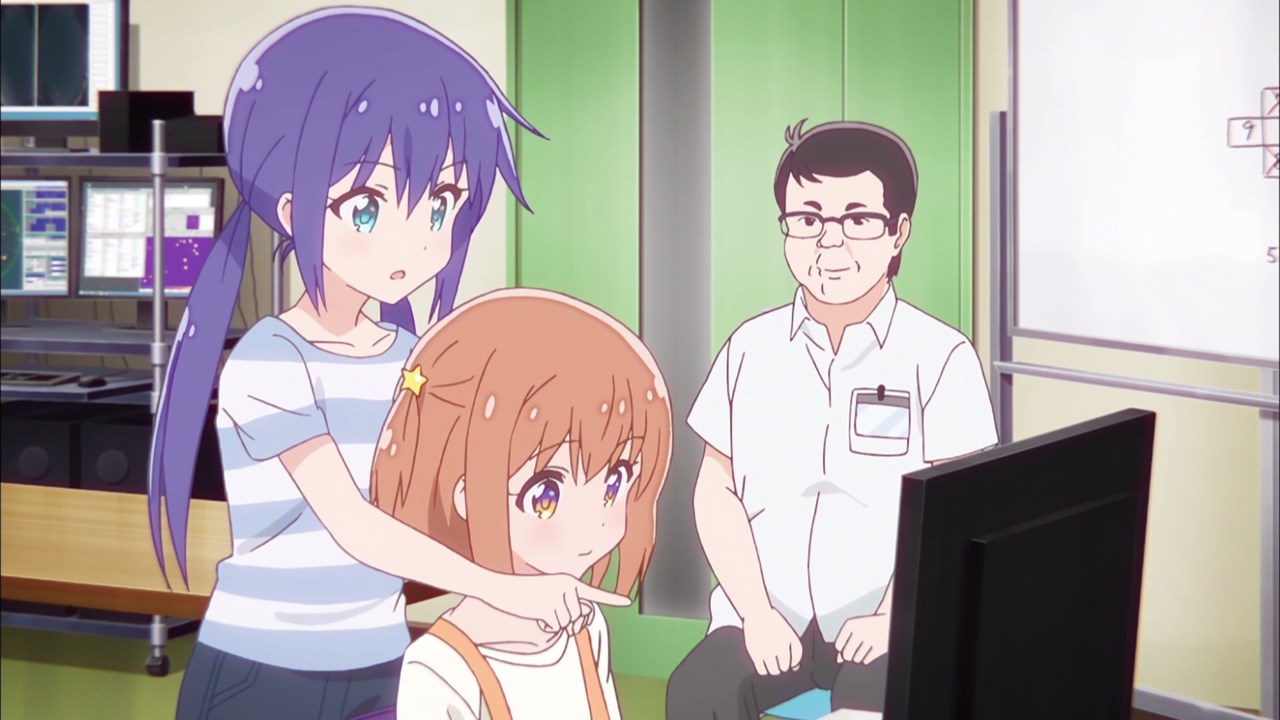 Fortunately, Ao and Mira found a celestial object after checking one of the photos. 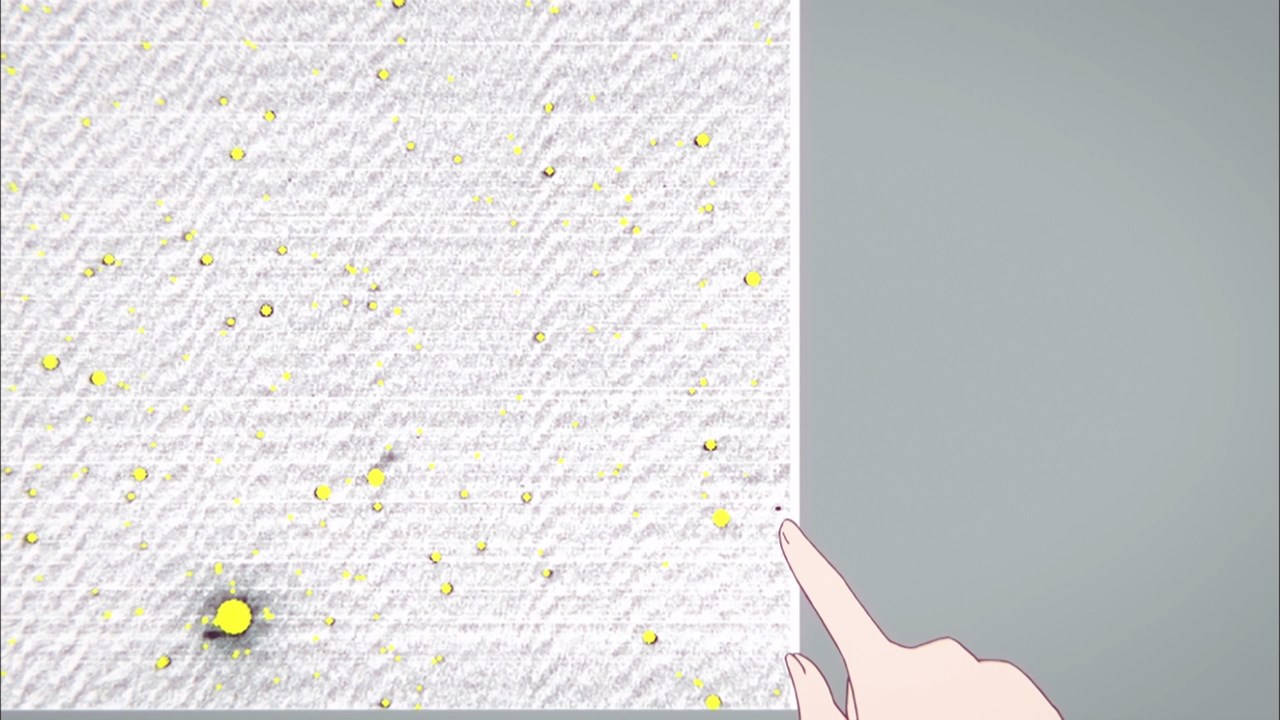 See this tiny dot on the screen as Mira pointed out? It turned out to be an asteroid. 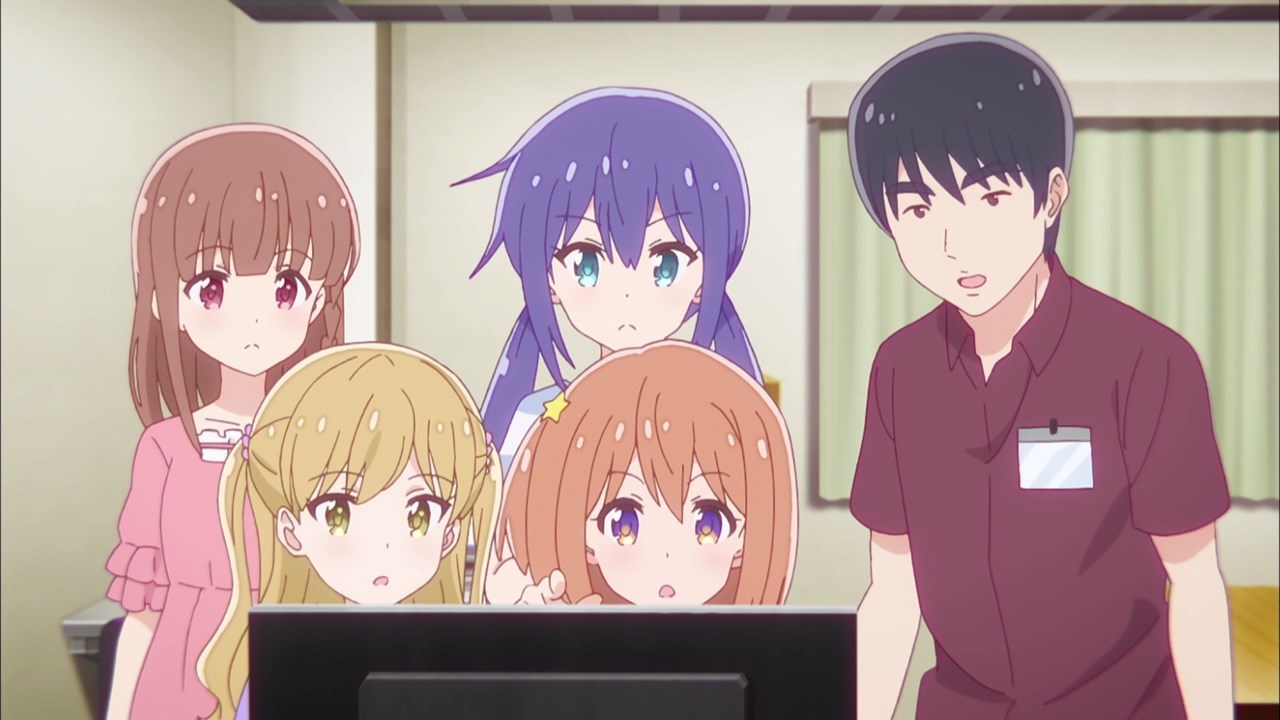 Of course, Horiguchi-san will have to check if it’s real or it’s just plain noise. After checking the photo, it turned out to be an asteroid, albeit it’s already discovered. 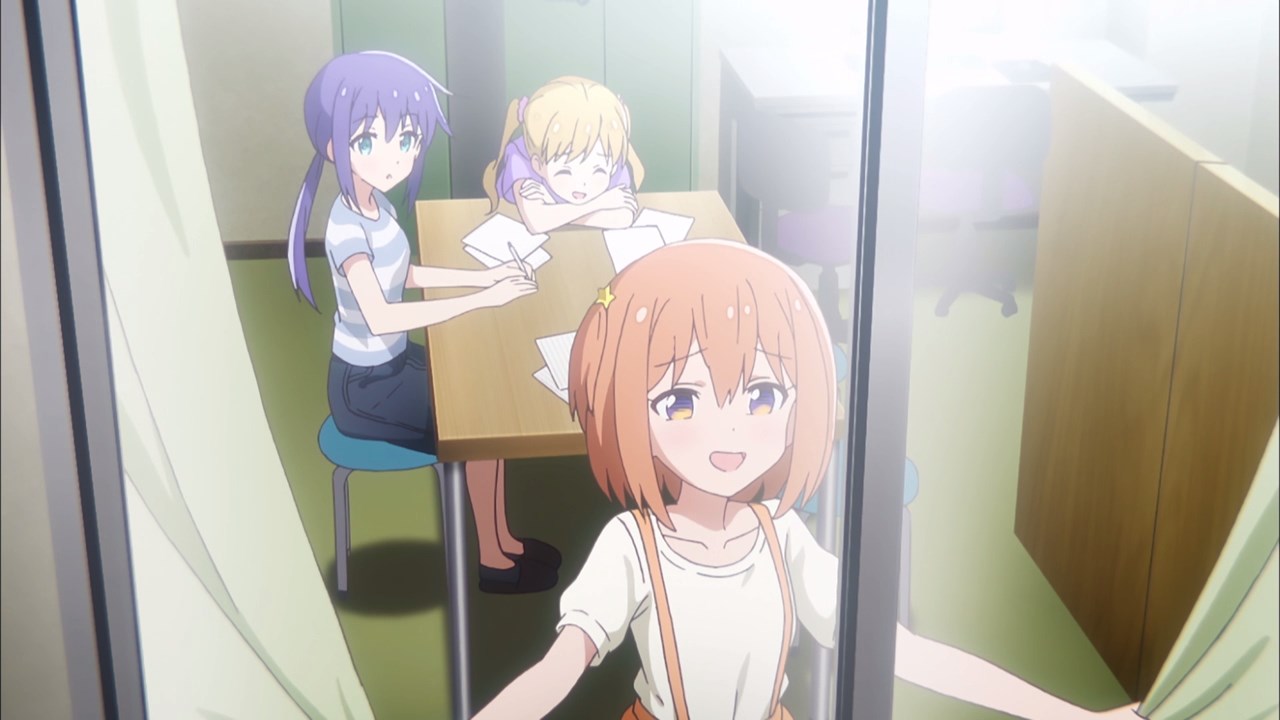 So yeah, it appears that finding a new asteroid is impossible during the Shining Star Challenge Program, as Mira Konohata and the rest are very tired.

But what’s important is that they gained experience on finding celestial bodies as finding one asteroid is their first step. 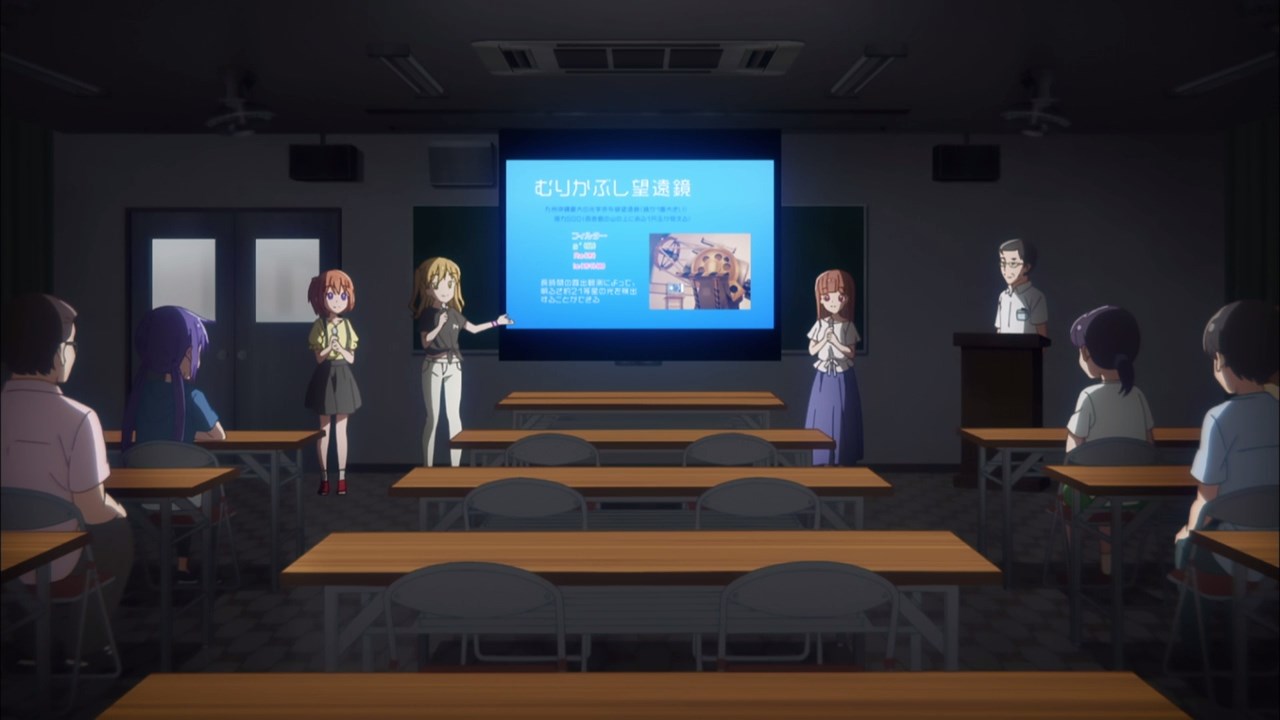 Anyways, they’re gonna present their findings so that future participants will learn from it, and somehow find a newly-discovered celestial body if they’re lucky enough. But that’s the end of Shining Star Challenge! 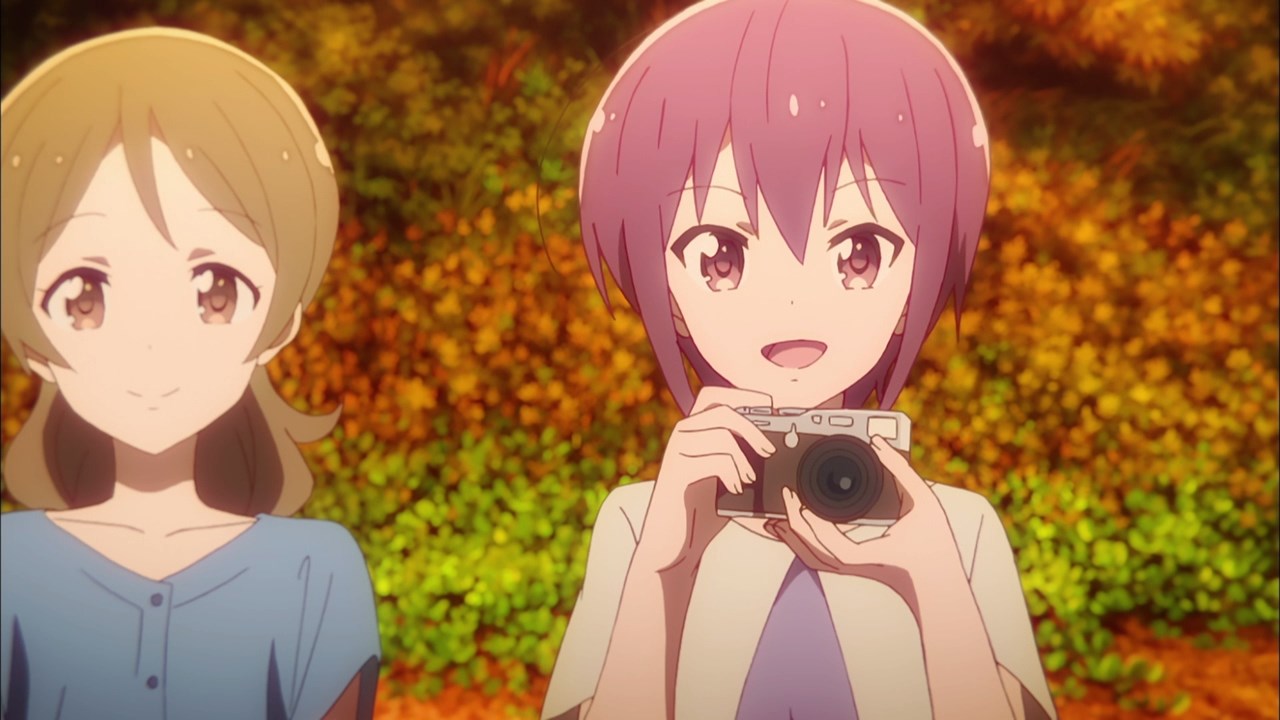 And now, it’s time for make one lasting memory in Ishigaki Island as Yuki Endou takes a picture on the participants. 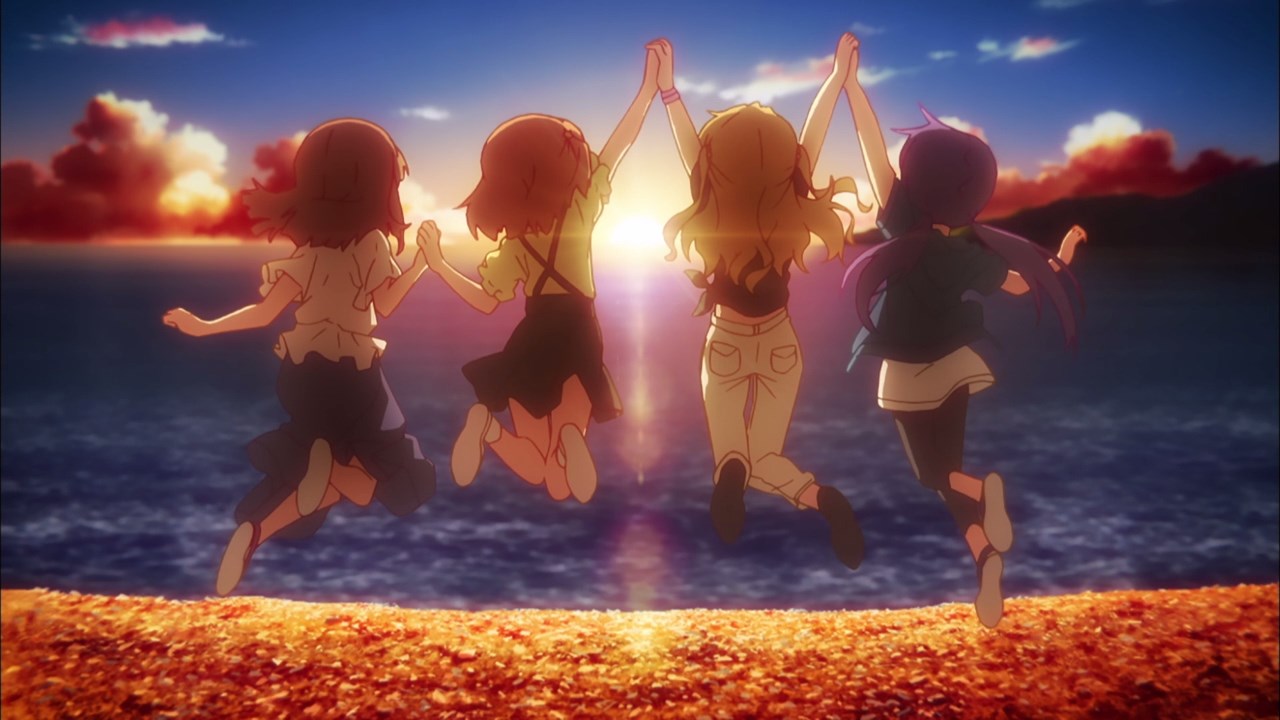 Oh yeah, and we can’t forget about Mira and the rest jumping on this shot much like how characters from various Manga Time Kirara title would do it, although most of them jump during the opening sequence.

And so we conclude this special trip in Okinawa as Mira Konohata and Ao Manaka went home with their heads up high. 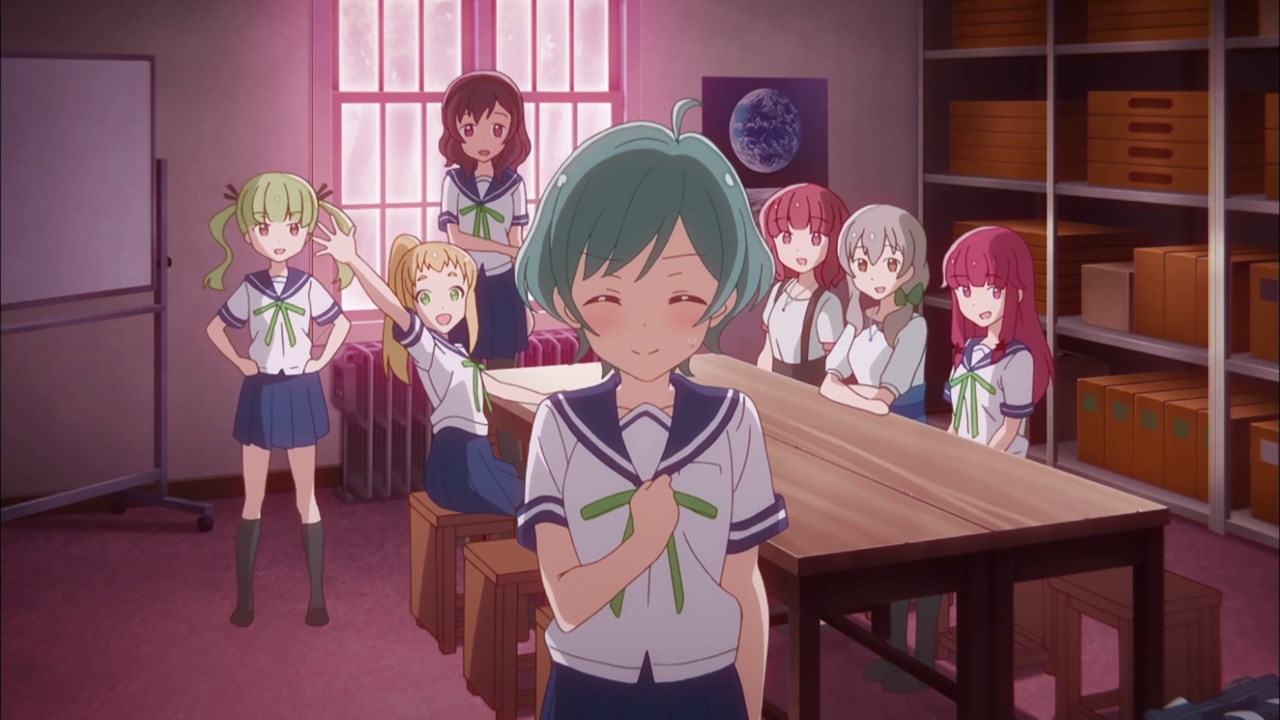 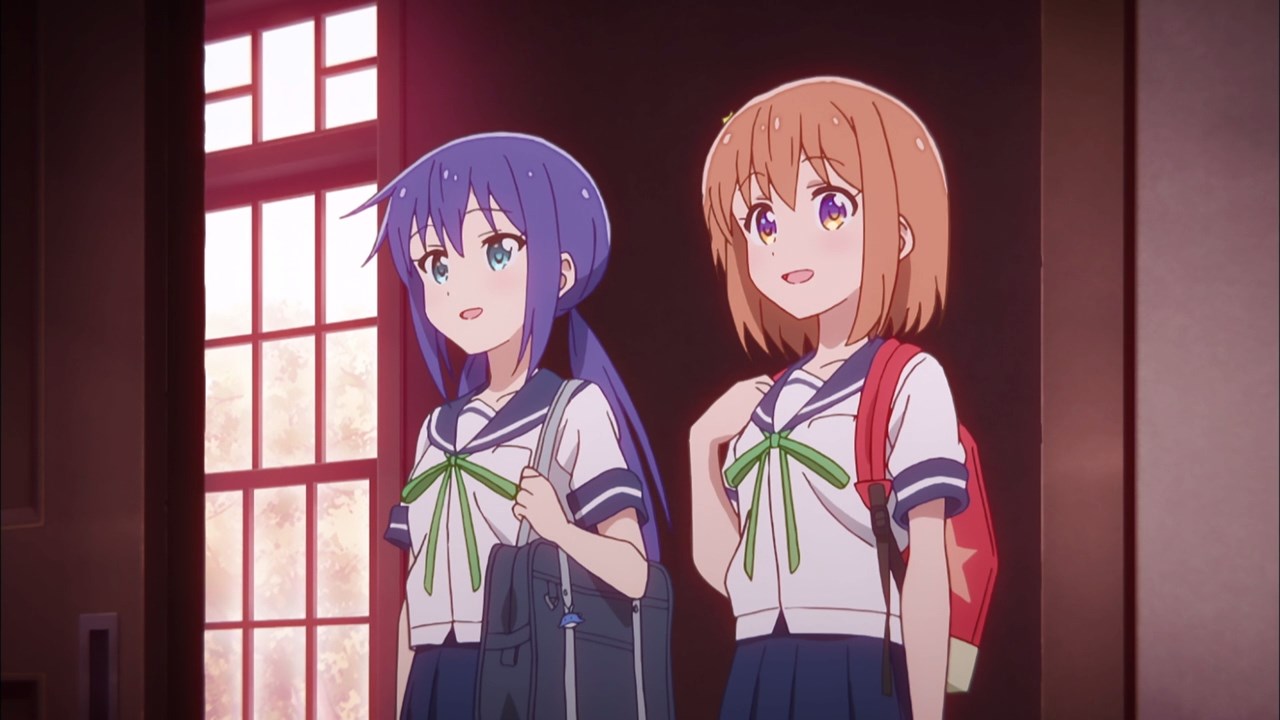 Fortunately, both Mira and Ao have arrived safely as everyone is happy to see them return, including Yuu Nanami in which she helped them during the Shining Star Challenge by making lots of teru teru bouzu dolls. 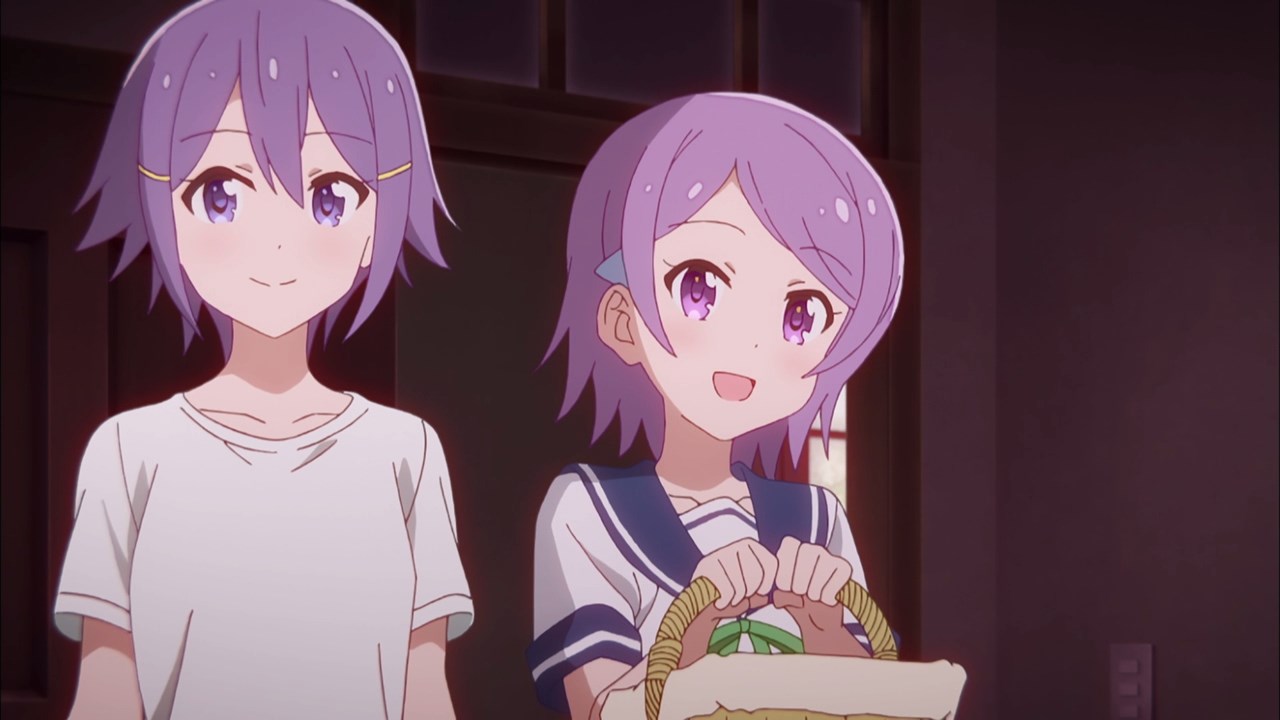 Oh yeah, here’s Megu and Moe Suzuya as they brought a basket full of bread and pastries straight out from their family-owned bakery. 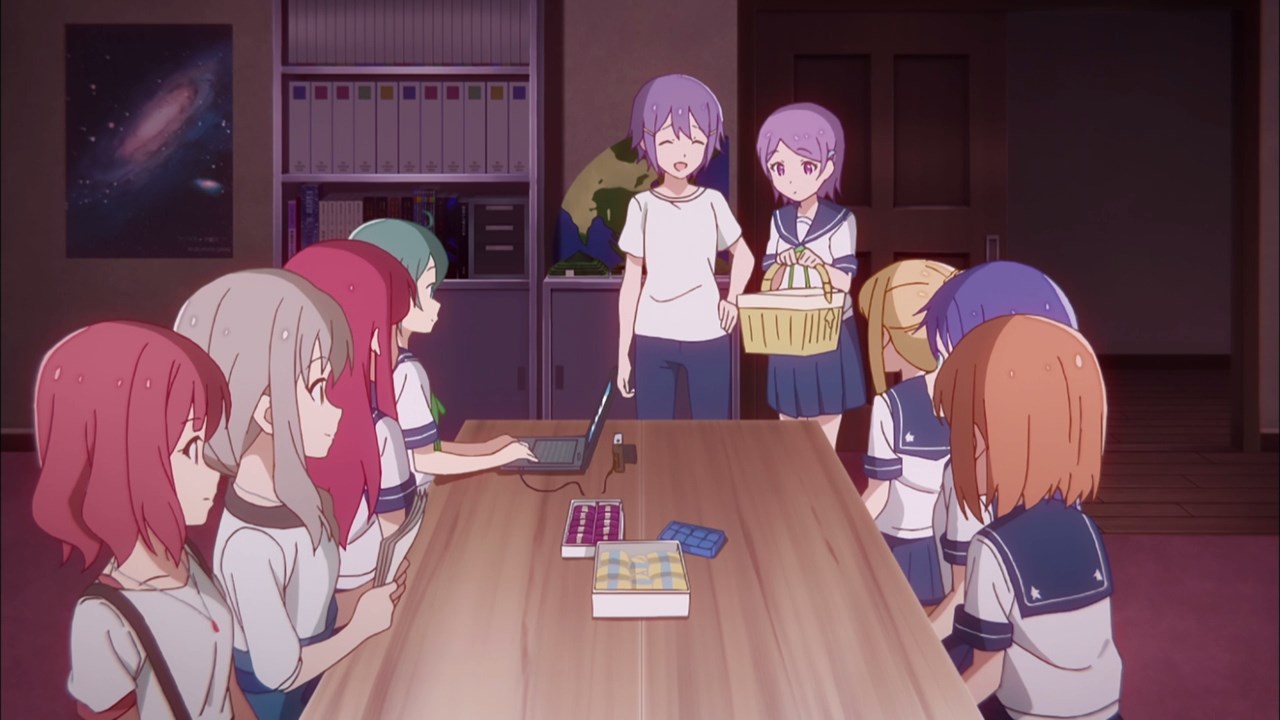 Then again, Mira Konohata and Ao Manaka brought some Okinawan delicacies as souvenirs. But you know what, Mira and Ao will eat some bread since they’re hungry after a long trip in Ishigaki Island.

And that’s the end of Koisuru Asteroid. Now while this show doesn’t click on everyone, especially where this anime talks about scientific discoveries and learning various sciences like geology and astronomy, I appreciate on what Koisuru Asteroid delivers as it’s not only somewhat informative, but the likes of Ao Manaka, Mira Konohata, and even Mari Morino wants to achieve something in their lives.

Anyways, that’s about it for this decent Manga Time Kirara show and I’m gonna miss the earth science club!