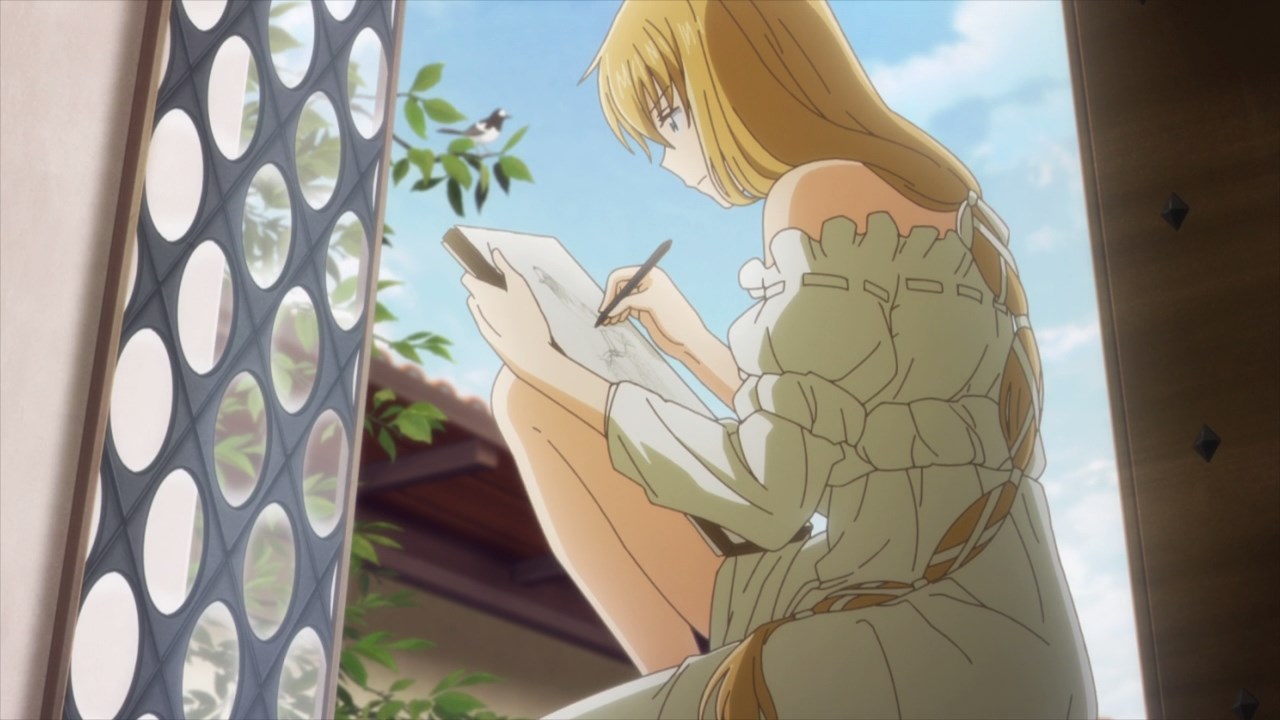 It’s time for talk about Seven Arcs’ anime adaptation of a manga by Kei Okubo where it tells the story of a noblewoman named Arte who wants to become an artisan in 16th century Florence, Italy.

Oh yeah, this anime is also celebrating Mikako Komatsu’s 10-year anniversary in the voice acting business in which she started her career voicing the main character Joey Jones from Heroman. 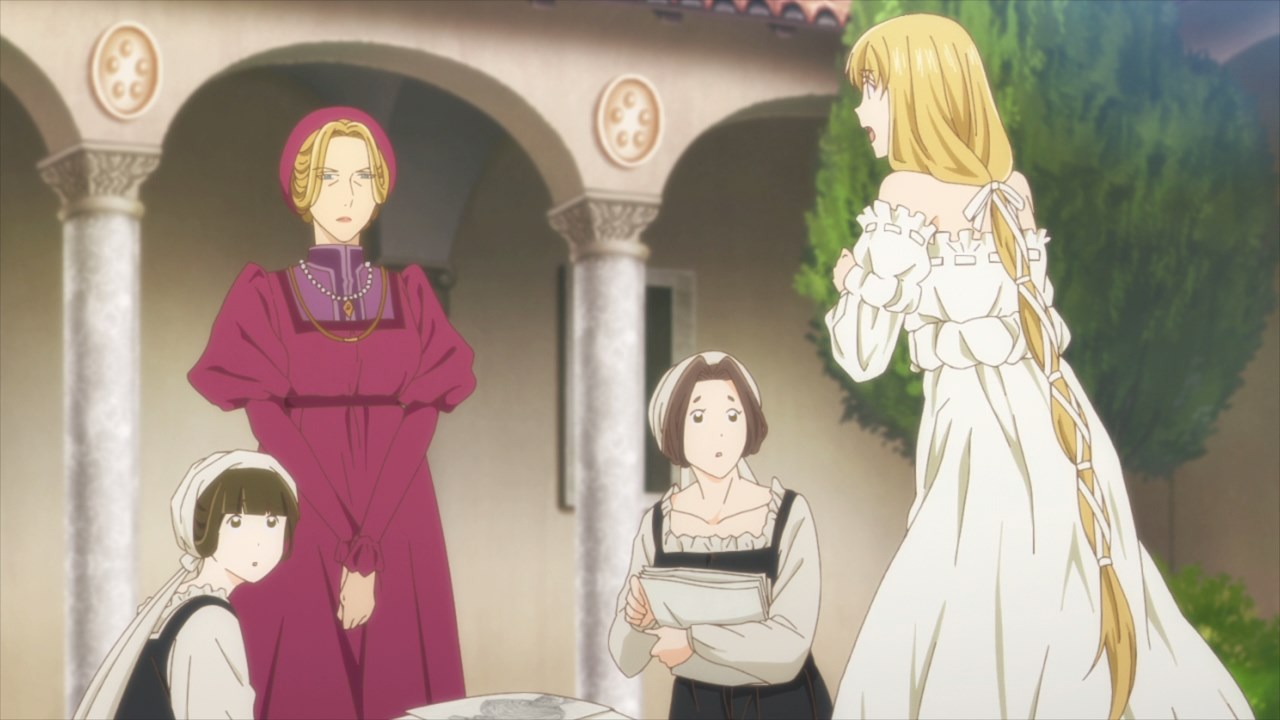 Anyways, Arte will face some challenges because not only she came from nobility, but Arte’s mother told her that it would be better if she married someone rather than becoming an artisan… 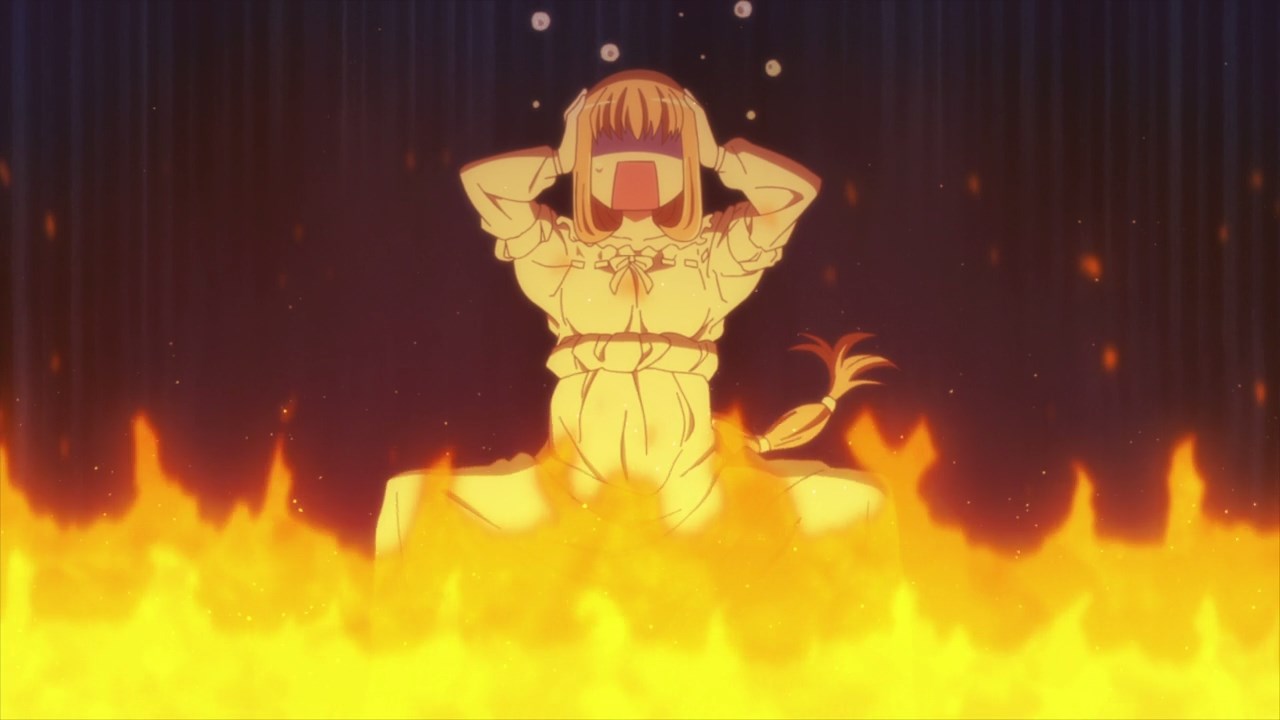 …all while burning various sketches. Man, this is really harsh for Arte at the start of this series. 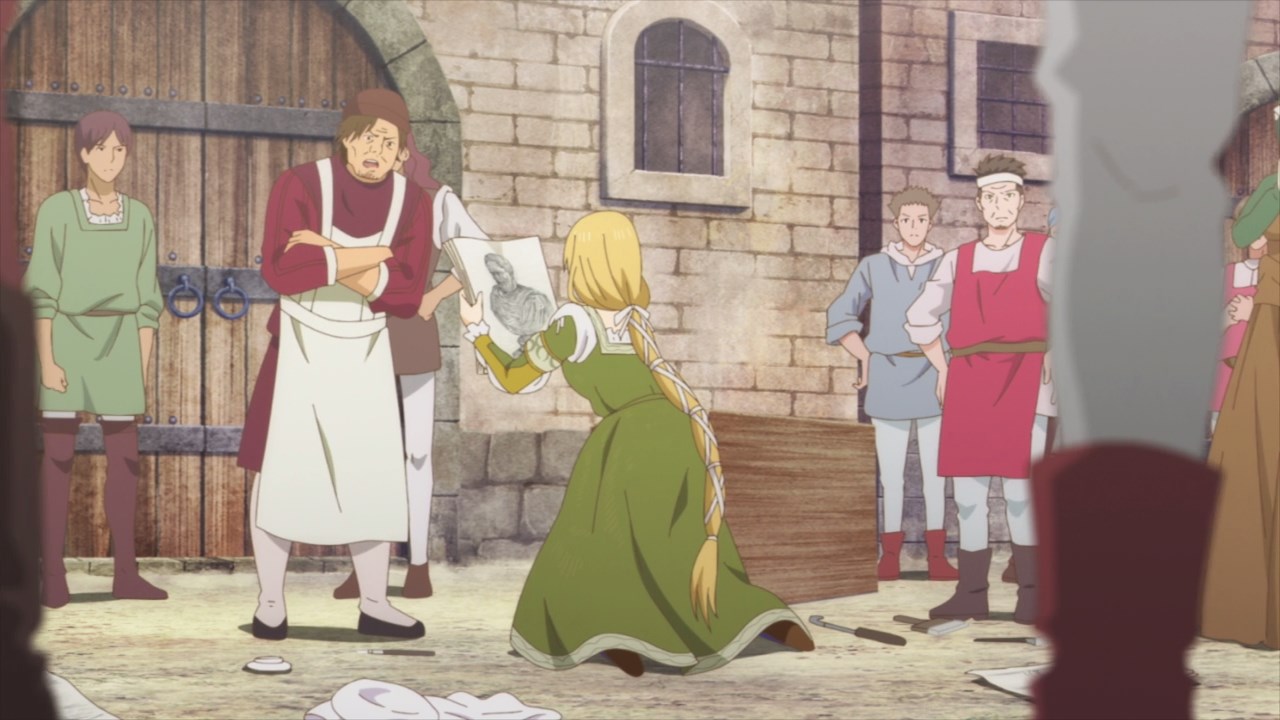 Oh yeah, and let’s not forget that various artisans won’t let Arte in as their apprentice simply because she’s a woman. 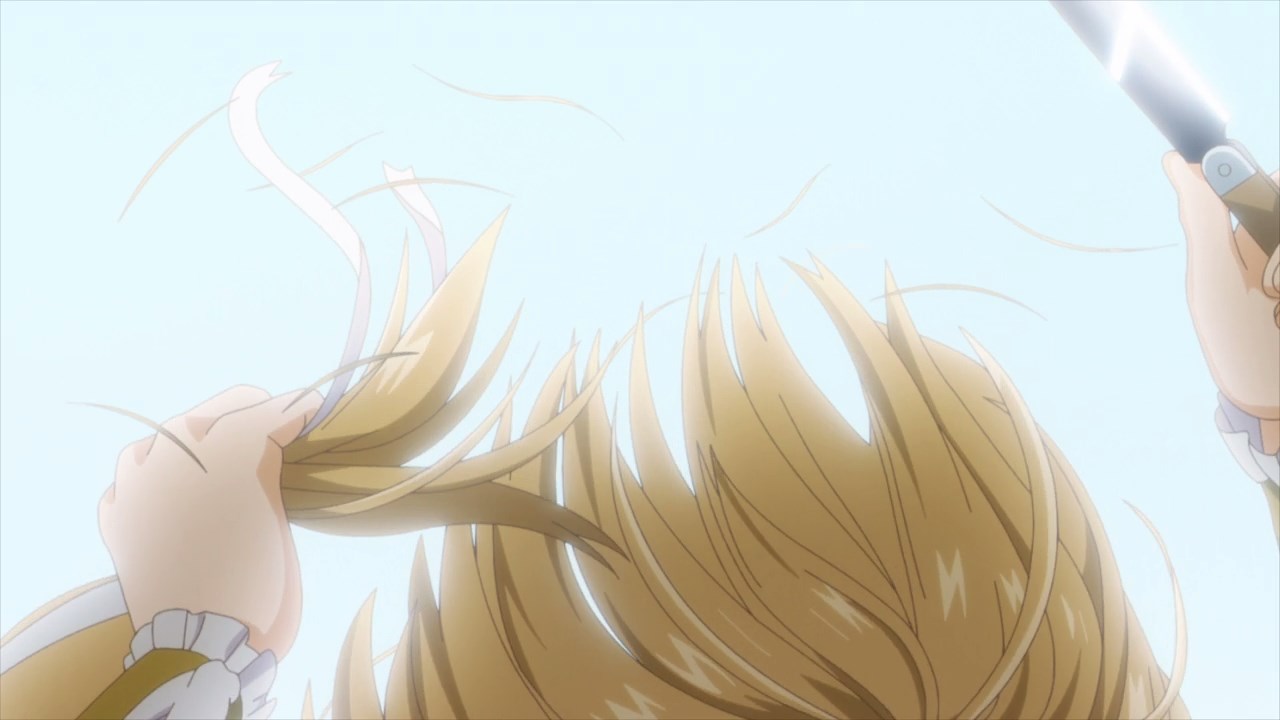 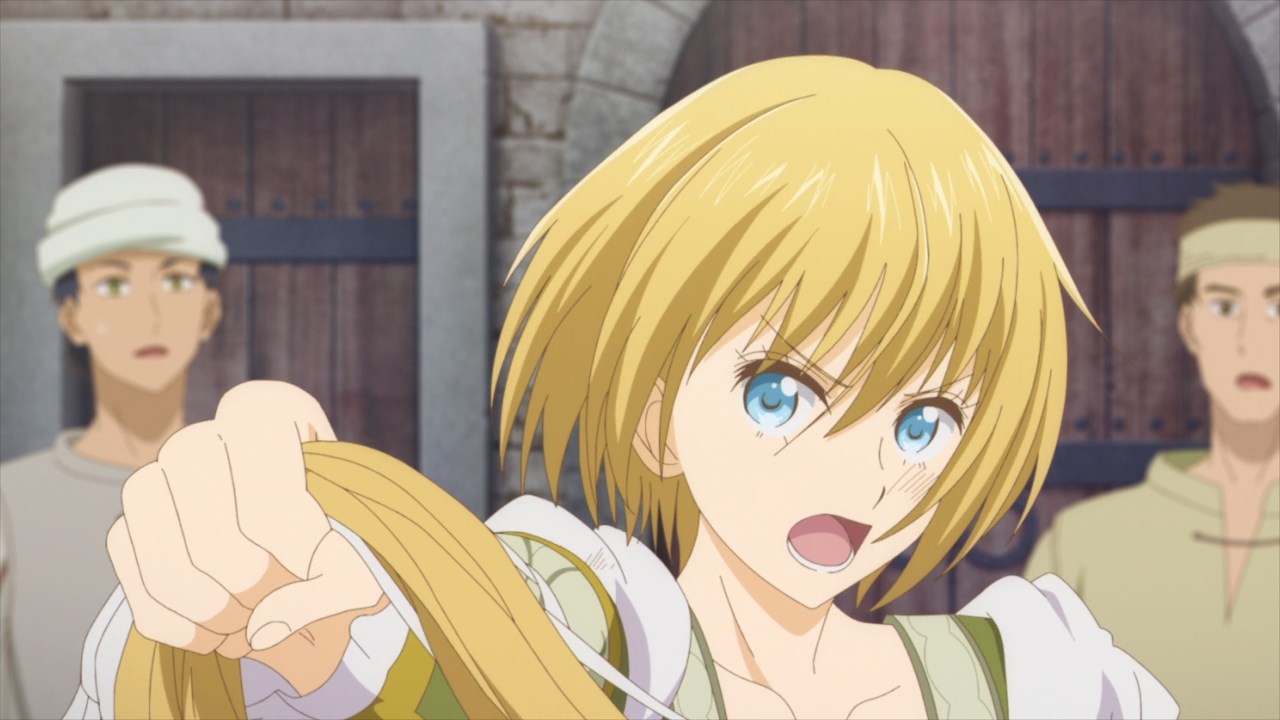 This led Arte to cut her hair as she’s serious on becoming an artisan. Now the only thing missing is cutting her own breasts but I won’t let Arte do that! 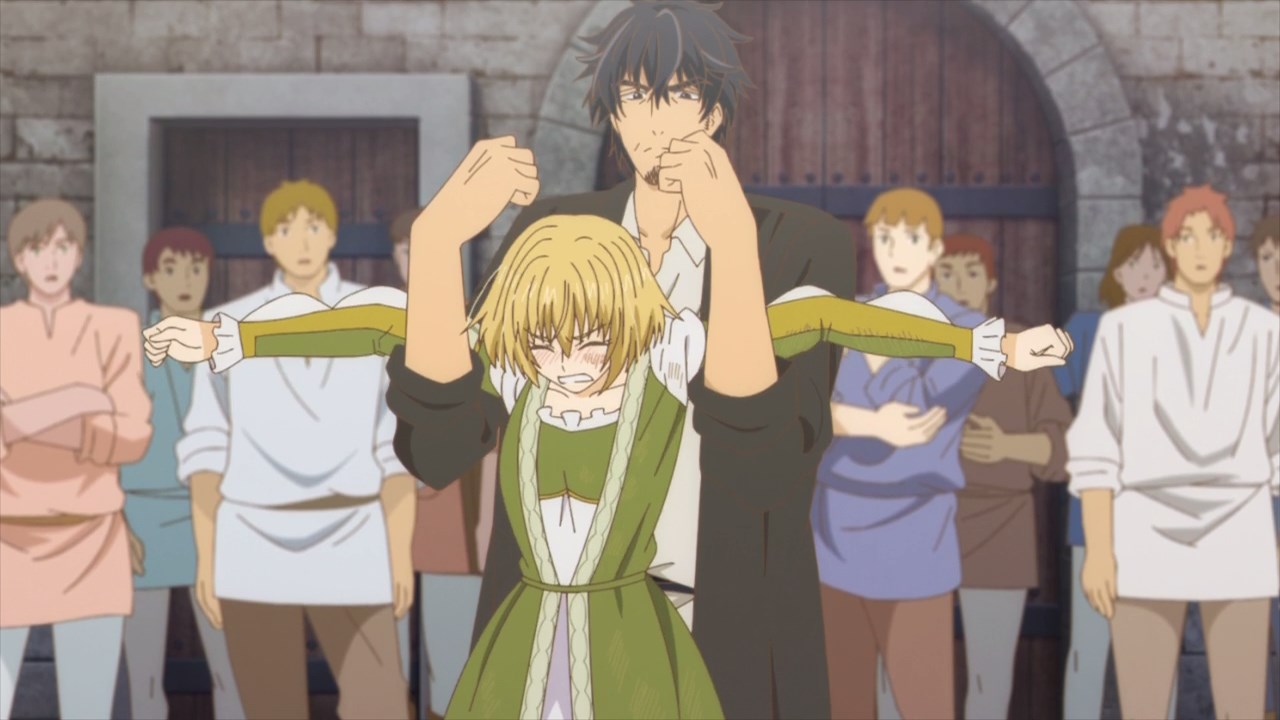 Luckily, someone named Leo has managed to stop her from cutting her own breasts. C’mon, Arte might die if she did that! 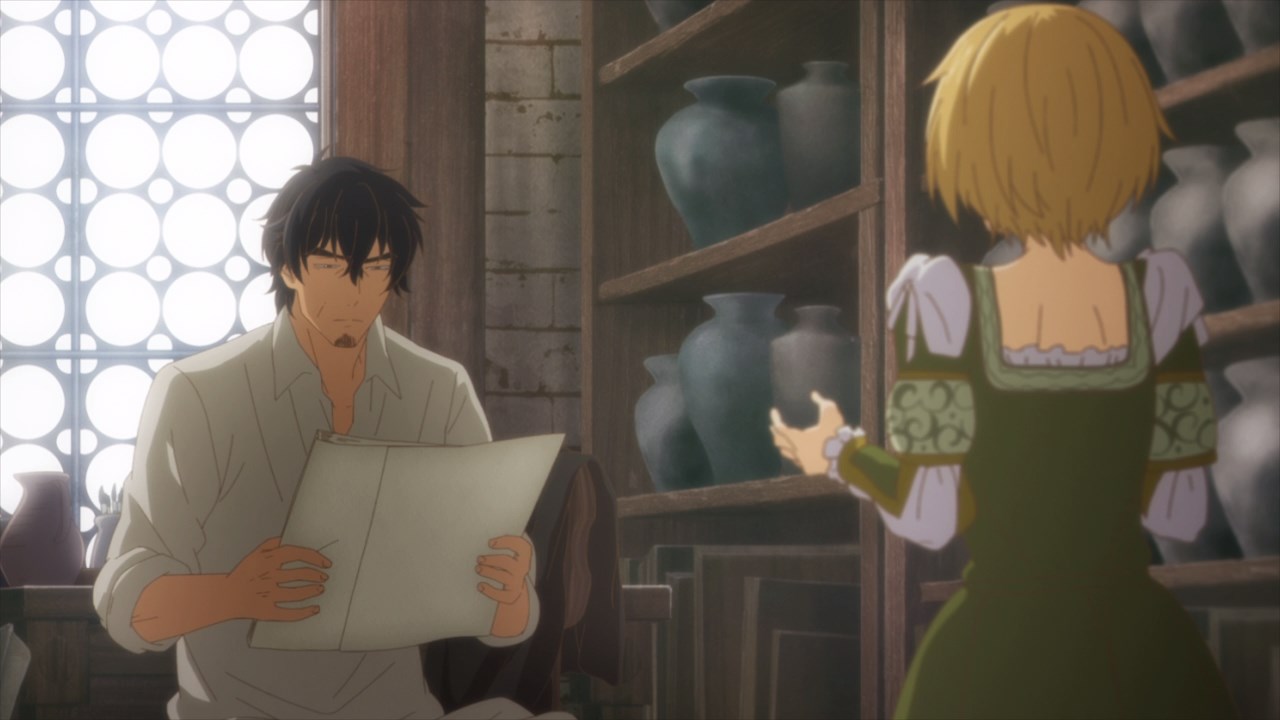 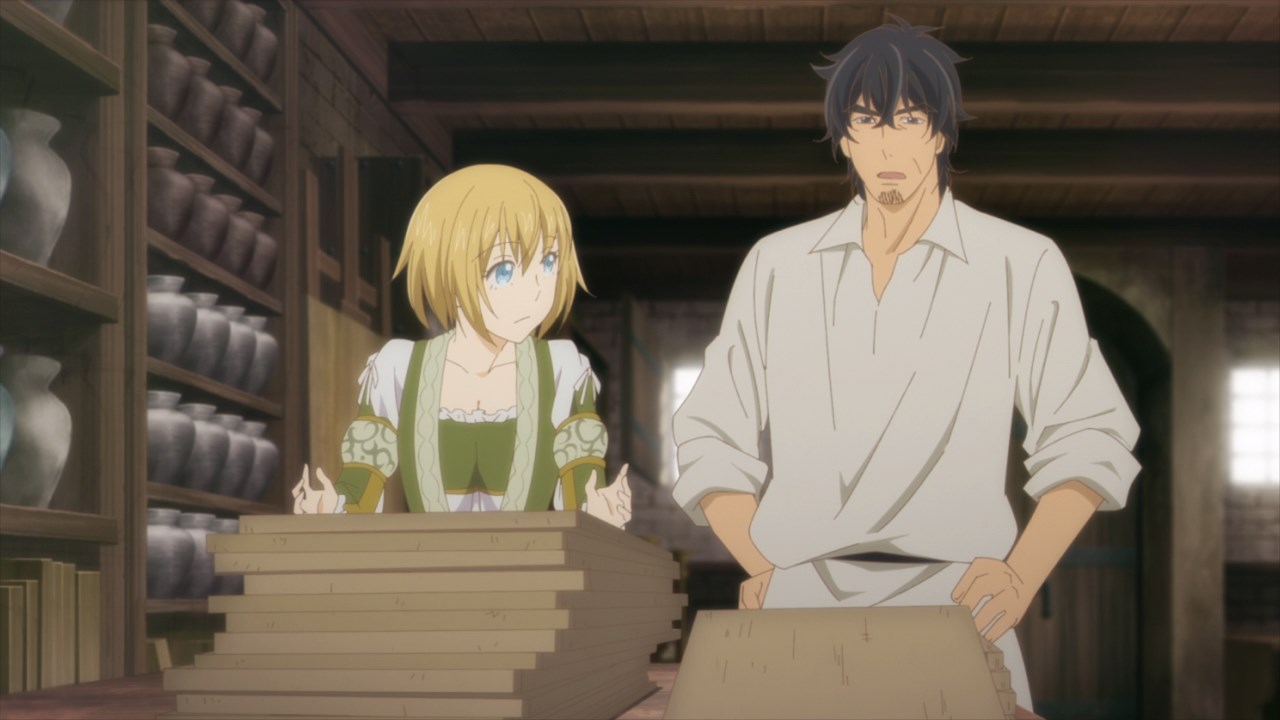 And that’s by making painting panels as Leo told Arte to make all of them by tomorrow morning. Otherwise, he won’t take her as an apprentice. 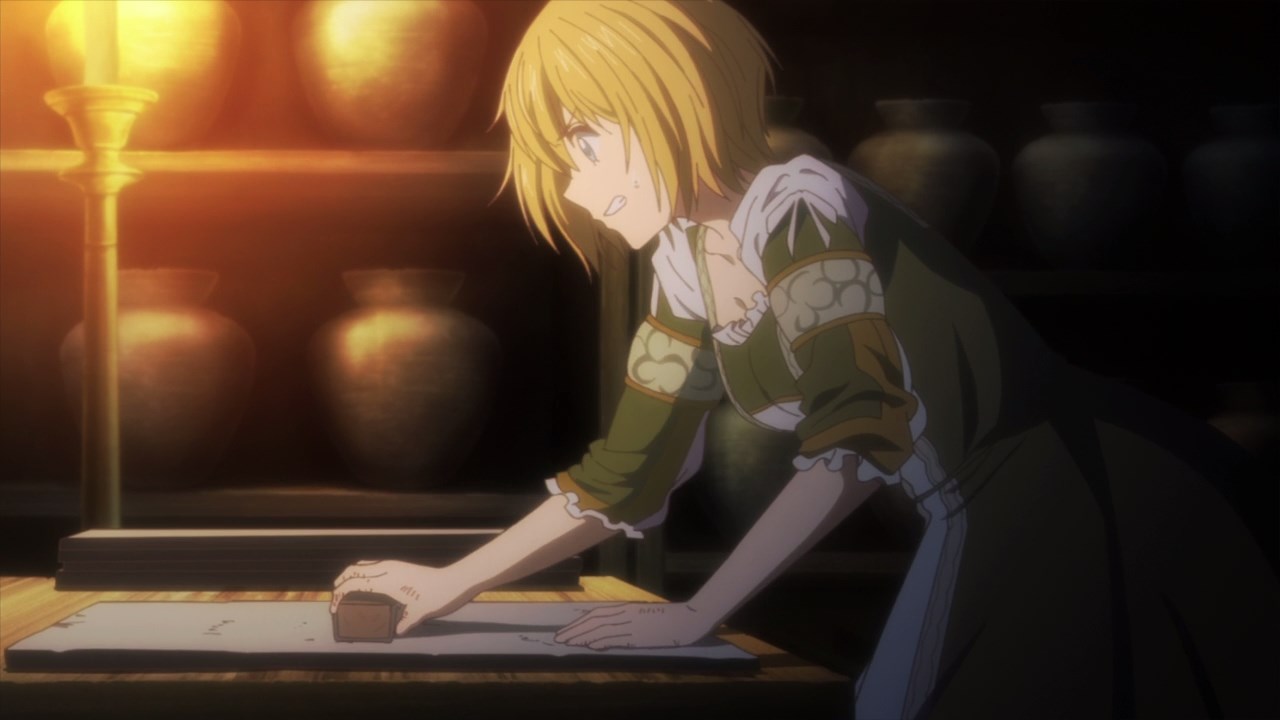 Yeah, it’s gonna be tough for Arte to make those panels, but she’ll do it anyway ’cause she loves painting. 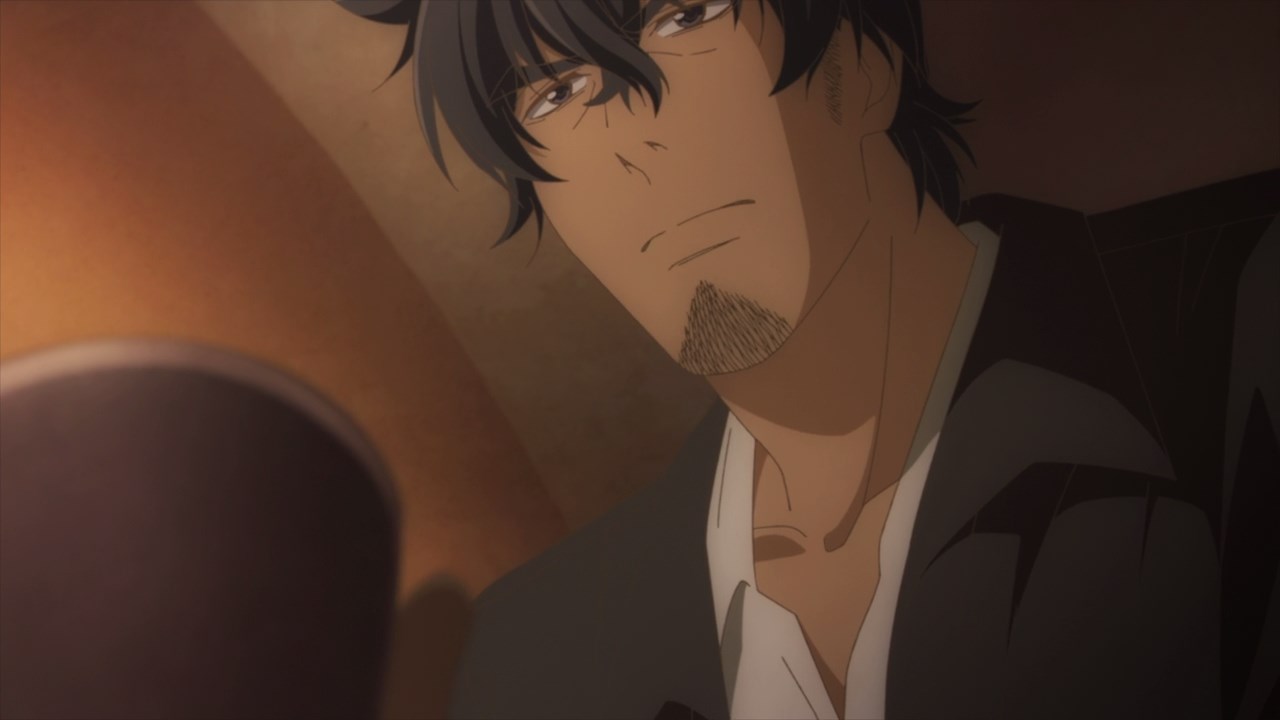 Meanwhile, Leo went to a pub for a drink, thinking that Arte would quit since it’s impossible to make panels before sunrise.

Of course, it seems that he witnessed Arte’s passion in his eyes… 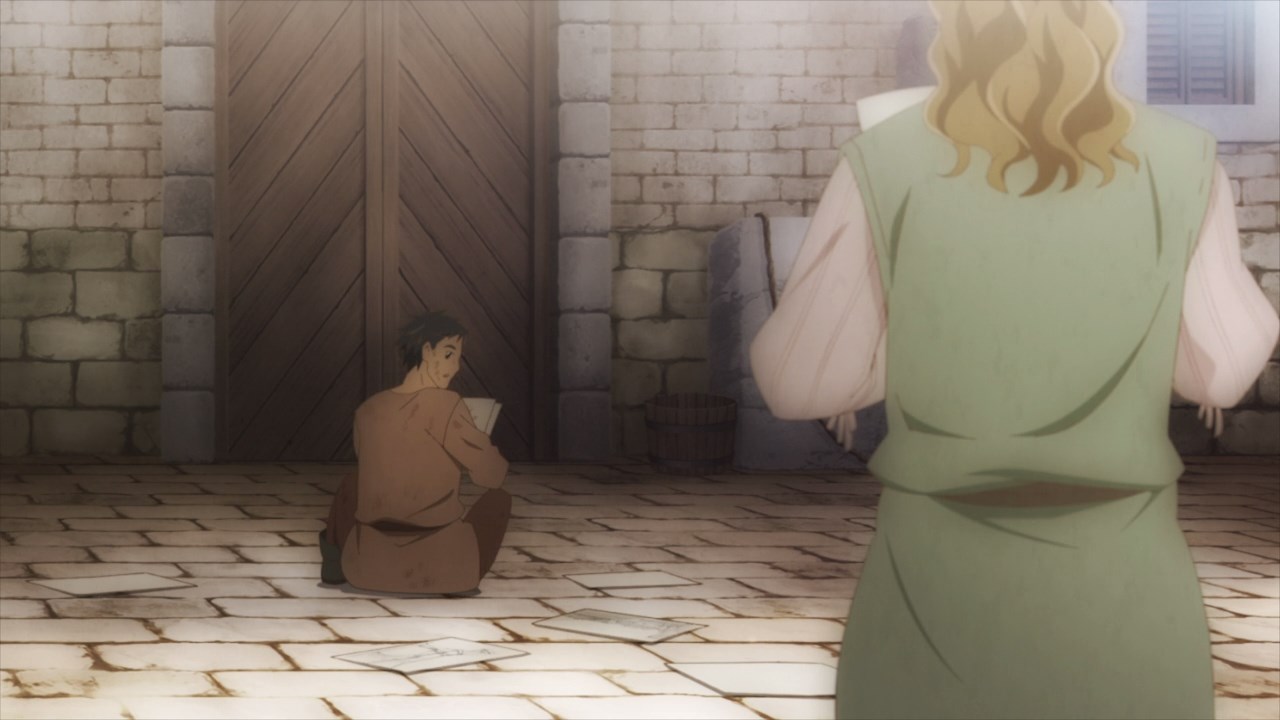 In fact, Arte’s struggle to become an artisan reminds Leo of the time where he tried to become a painter to feed himself.

Of course, nobody accepted Leo simply because he’s a beggar. 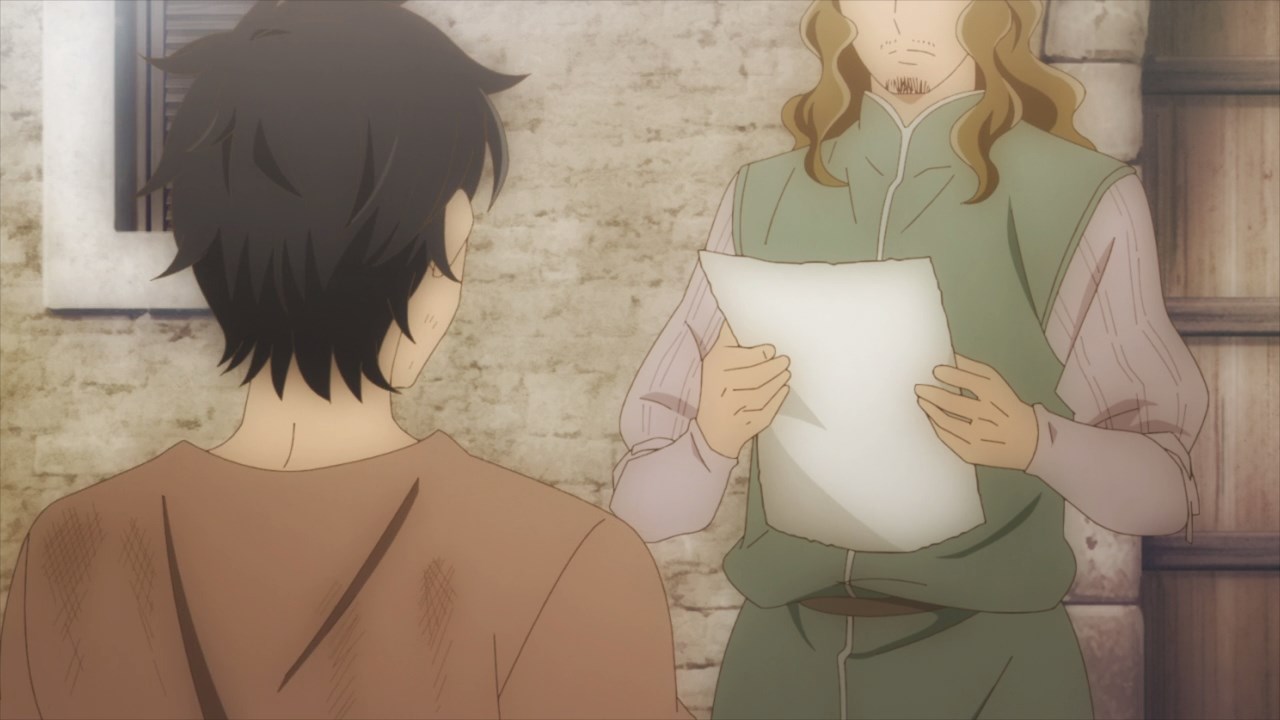 Fortunately, someone took him in where Leo lived his honest life as an artisan. Of course, we’ll see if Arte managed to finished it. 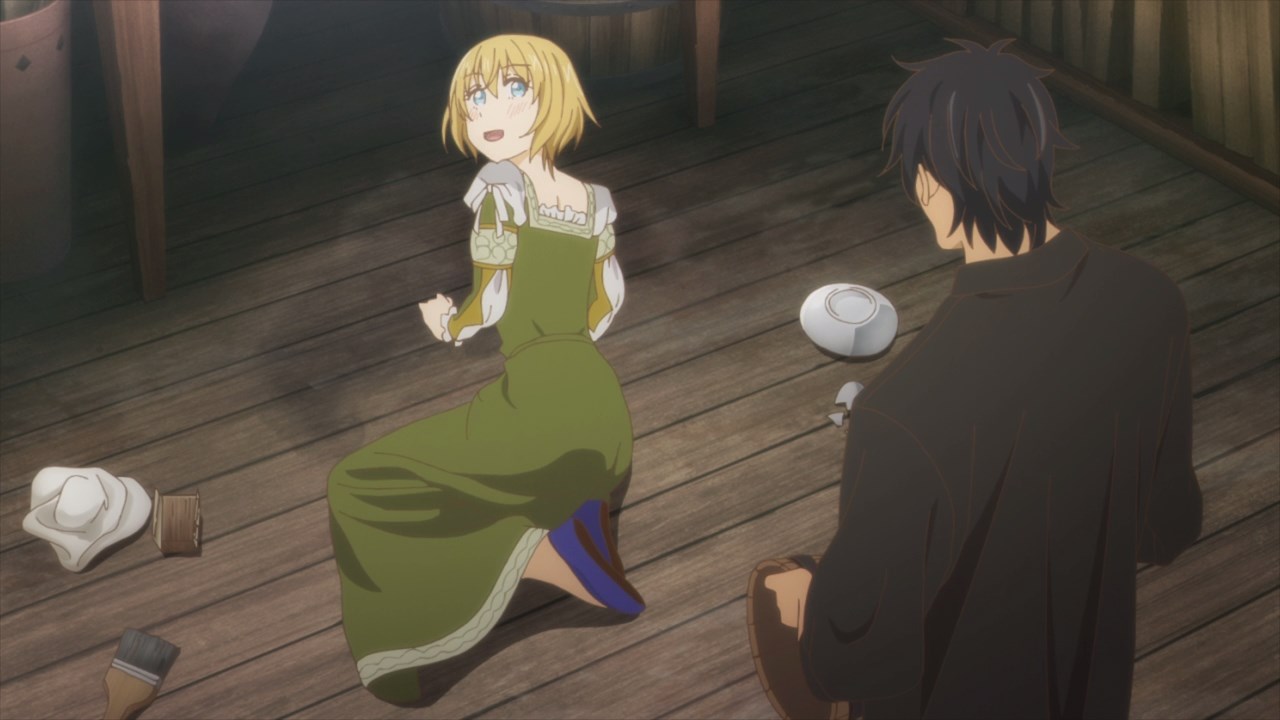 Well, here she is as Arte managed to complete Leo’s task of prepping-up the painting panels. 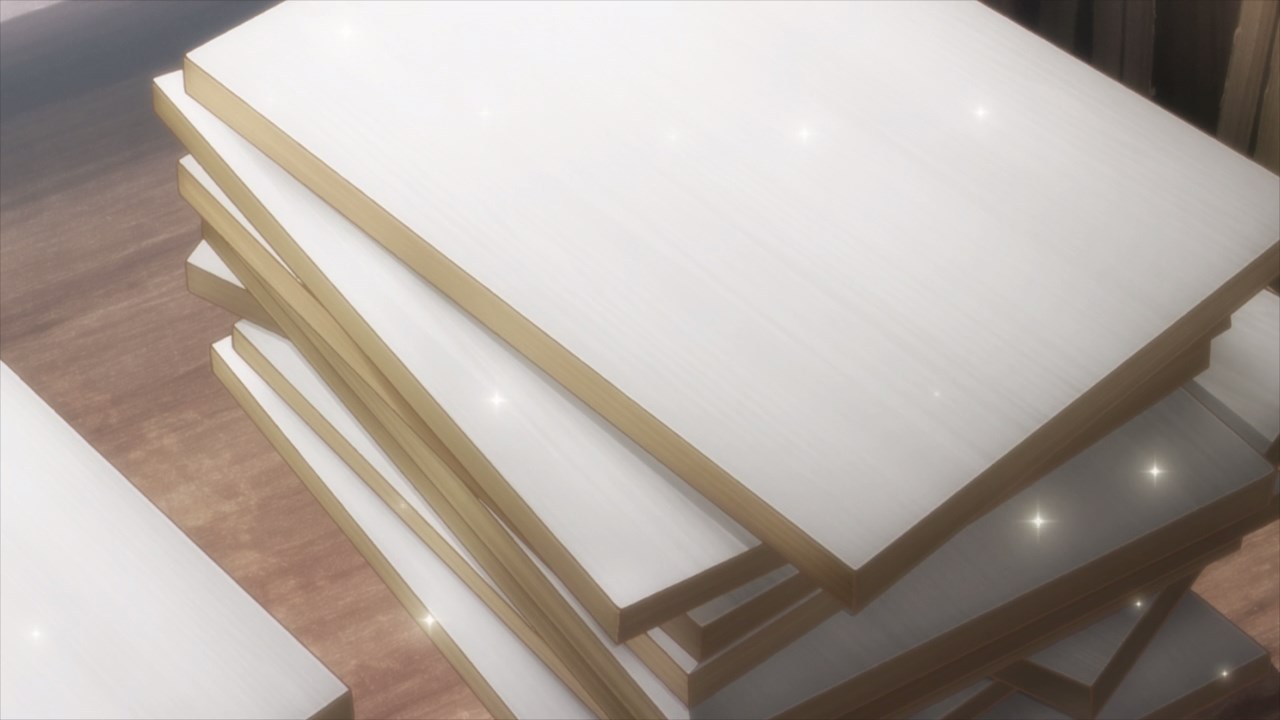 And she finished just in time all by herself. It’s amazing that Arte managed to persevere so that Leo will accept her no matter what. 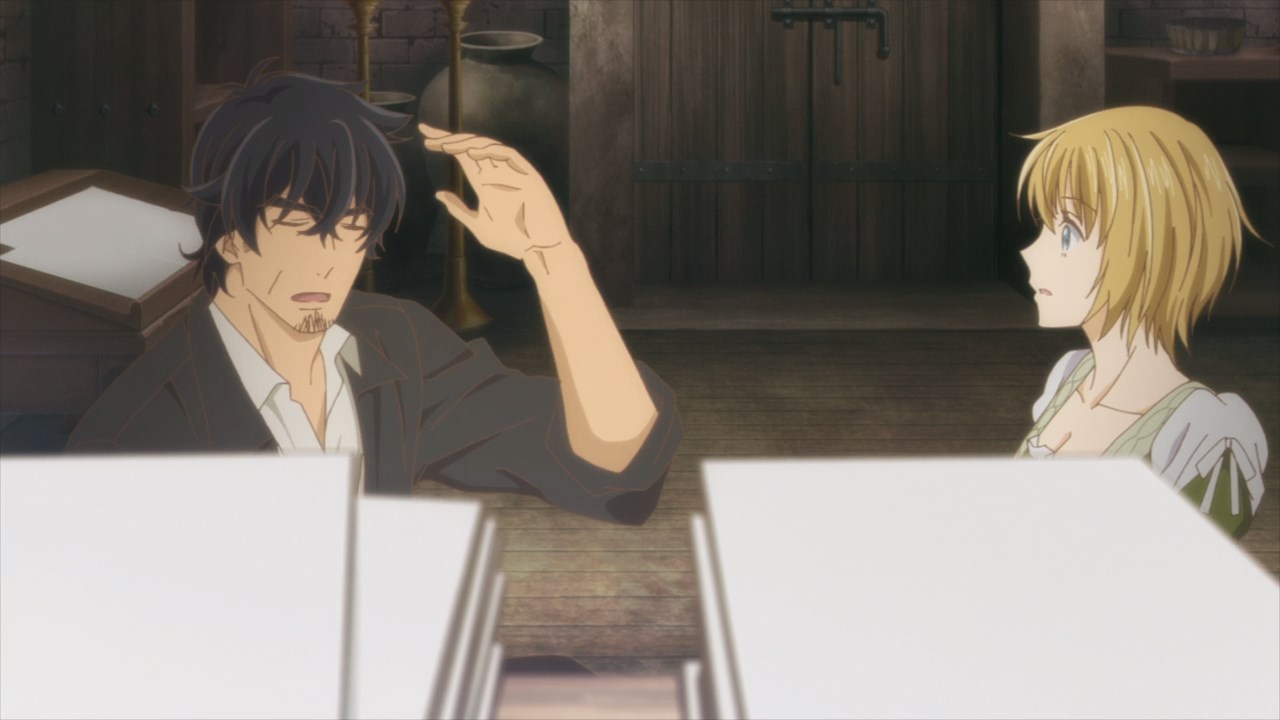 With that said, Leo has no choice but to make Arte as his apprentice. Of course, this is just the beginning of her career as an artisan as she must overcome odds during the Renaissance. 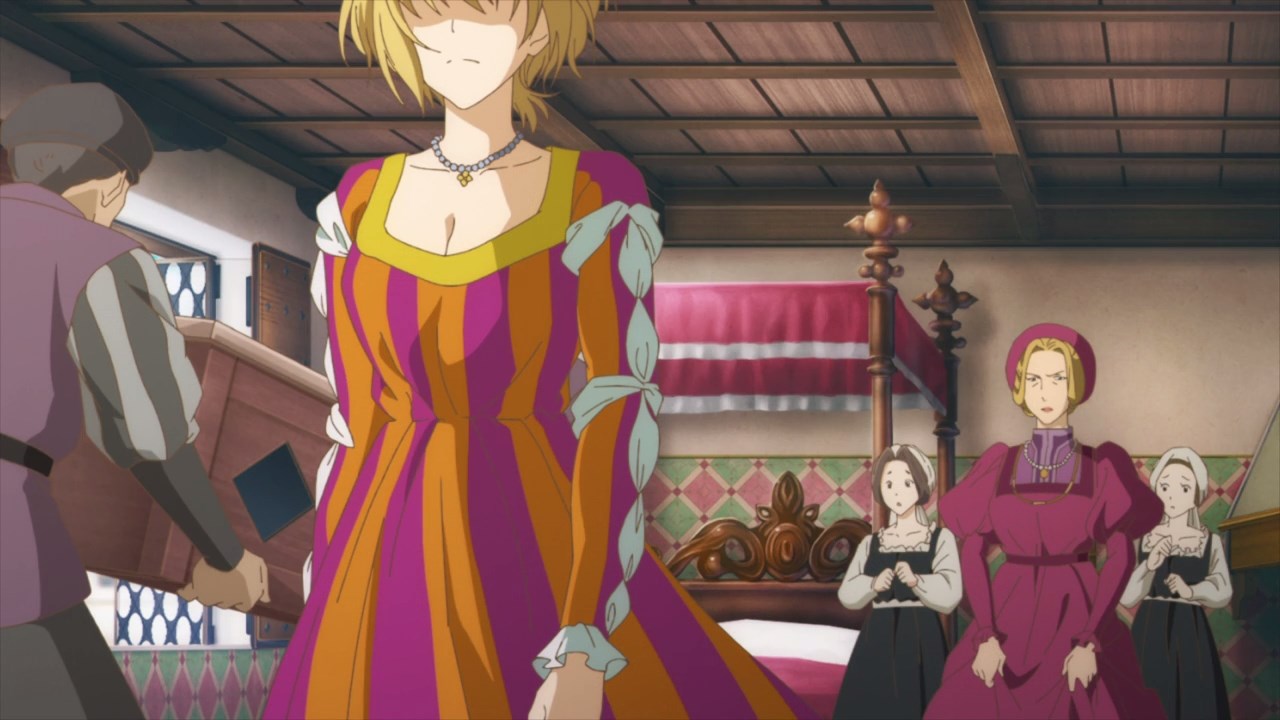 But first, she’ll have to leave the Spalletti household as Arte will move to Leo’s workshop on her own. 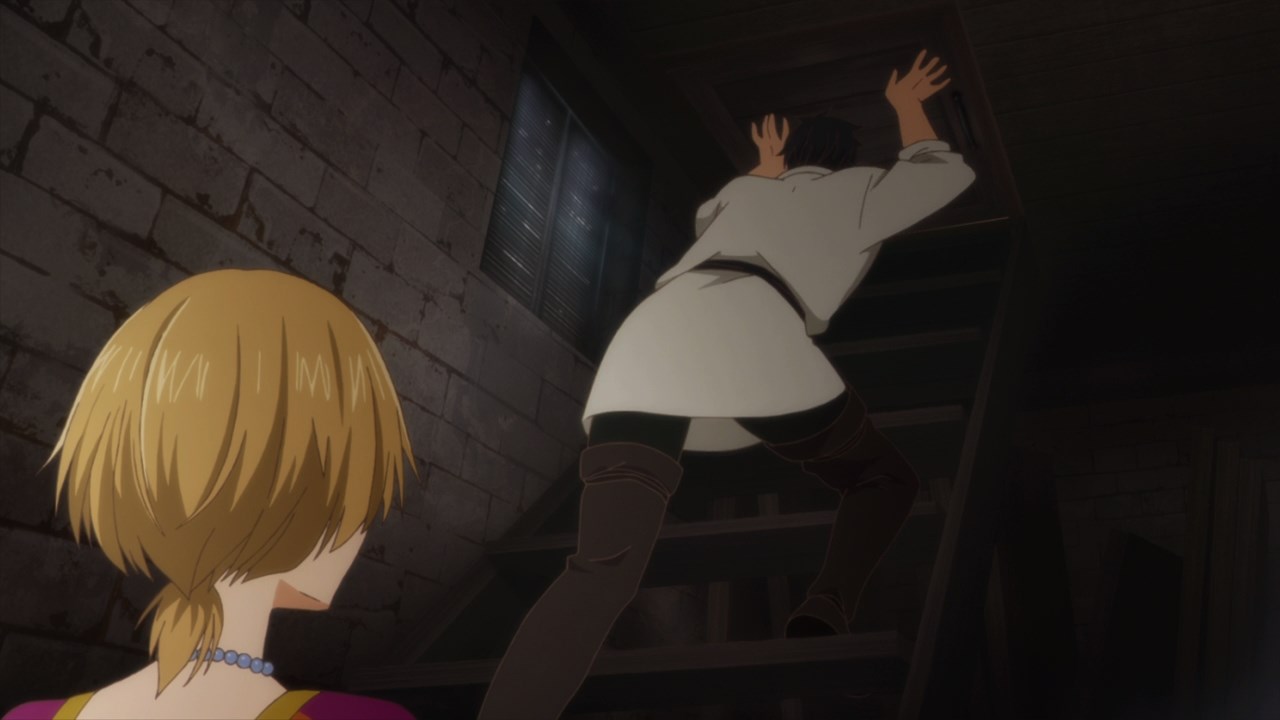 Oh and where will Arte sleep? It’s not like she’ll sleep beside her master. Fortunately, Leo has an extra room at the rooftop. 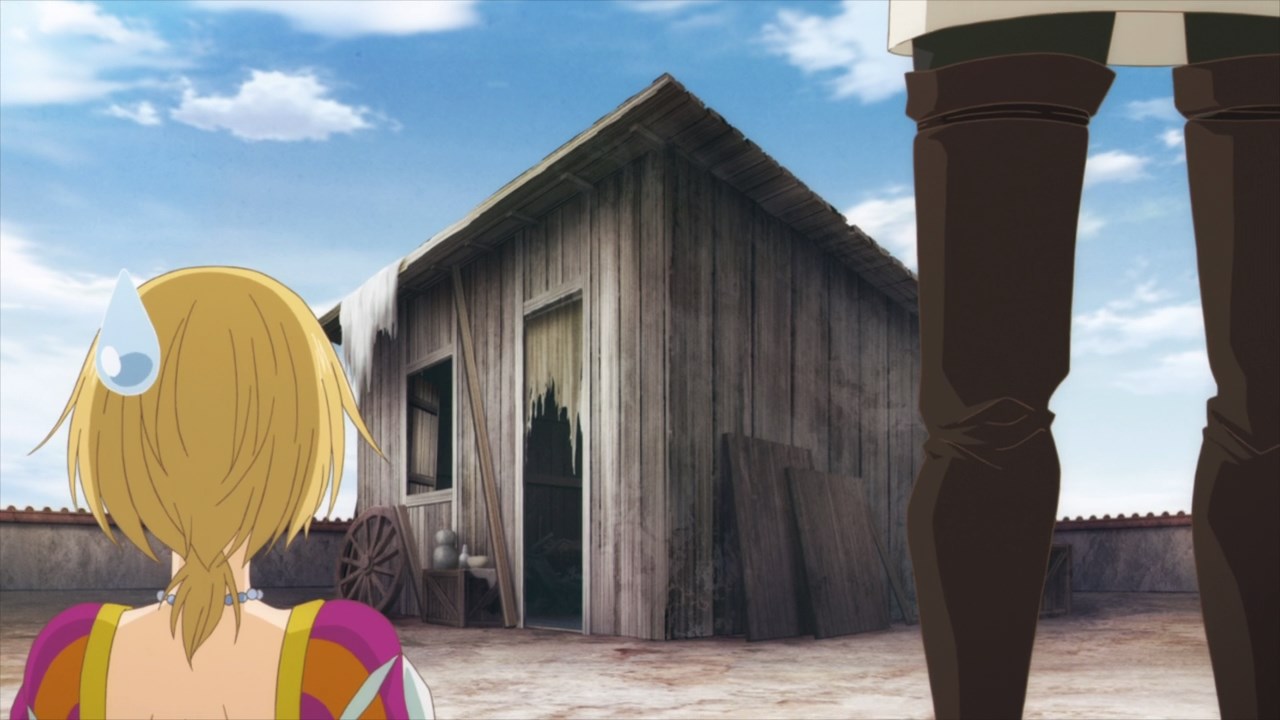 Well, it’s more like an abandoned shed rather than a cozy room. But hey, it’s better than nothing and besides, gotta start from the bottom right?

But that’s about it for the first episode of Arte and it’s an interesting anime show to watch, although I wanna see more of it next week as I want Arte to grow as an artisan!