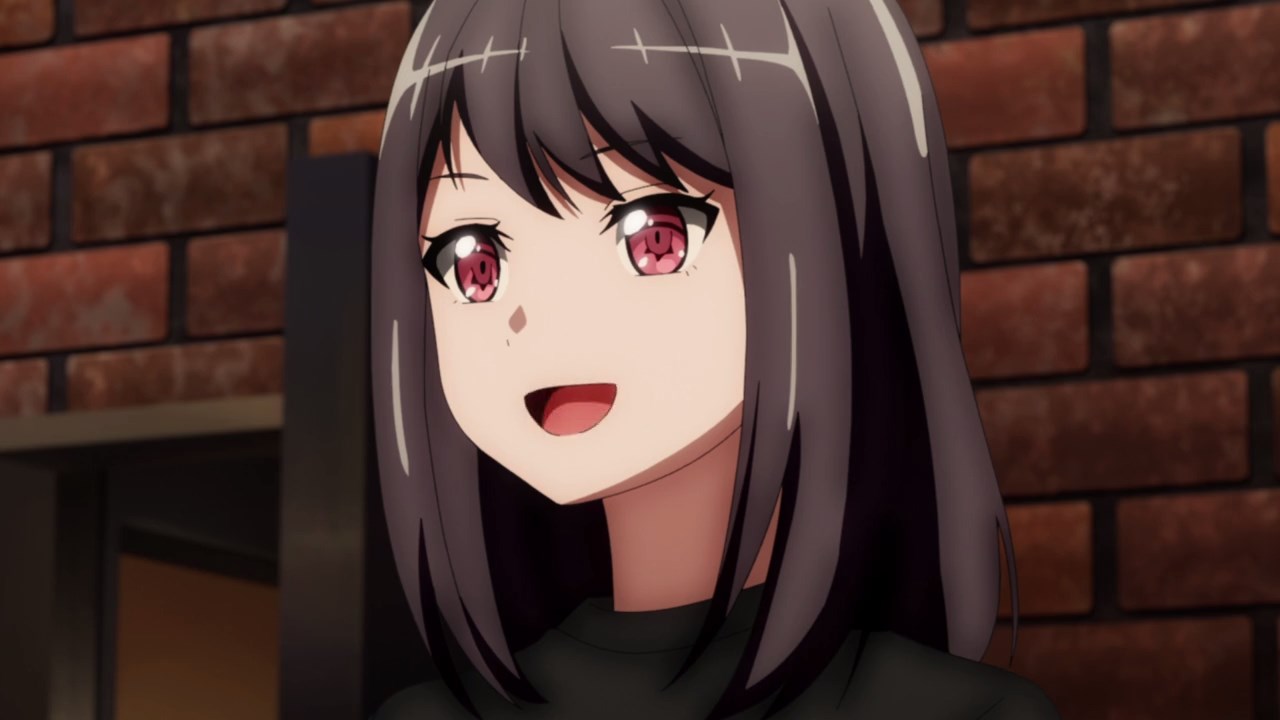 Hey guys and girls, BanG Dream! Season 3 has returned and let’s start right away with Marina Tsukishima where she announced that there’s no need for a tiebreaker for both Poppin’ Party and RAISE A SUILEN, meaning that both girls bands are now in for the BanG Dream! Girls Band Challenge finals at the Budokan. 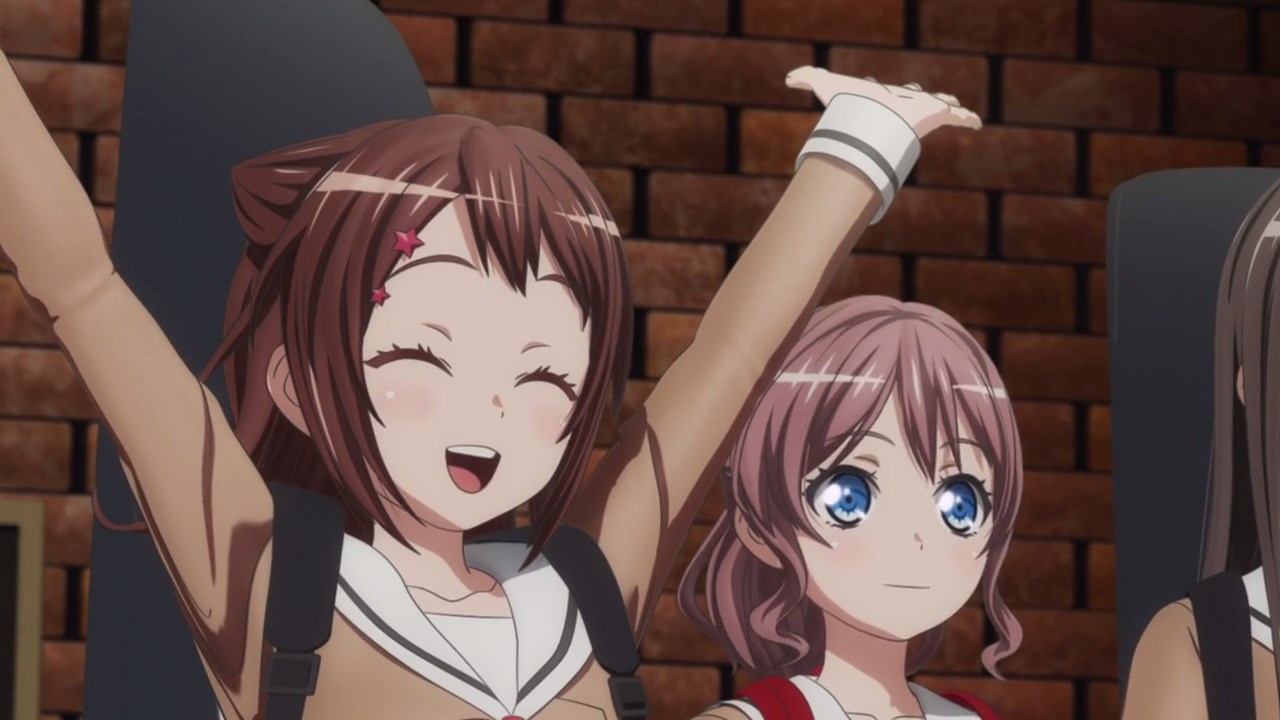 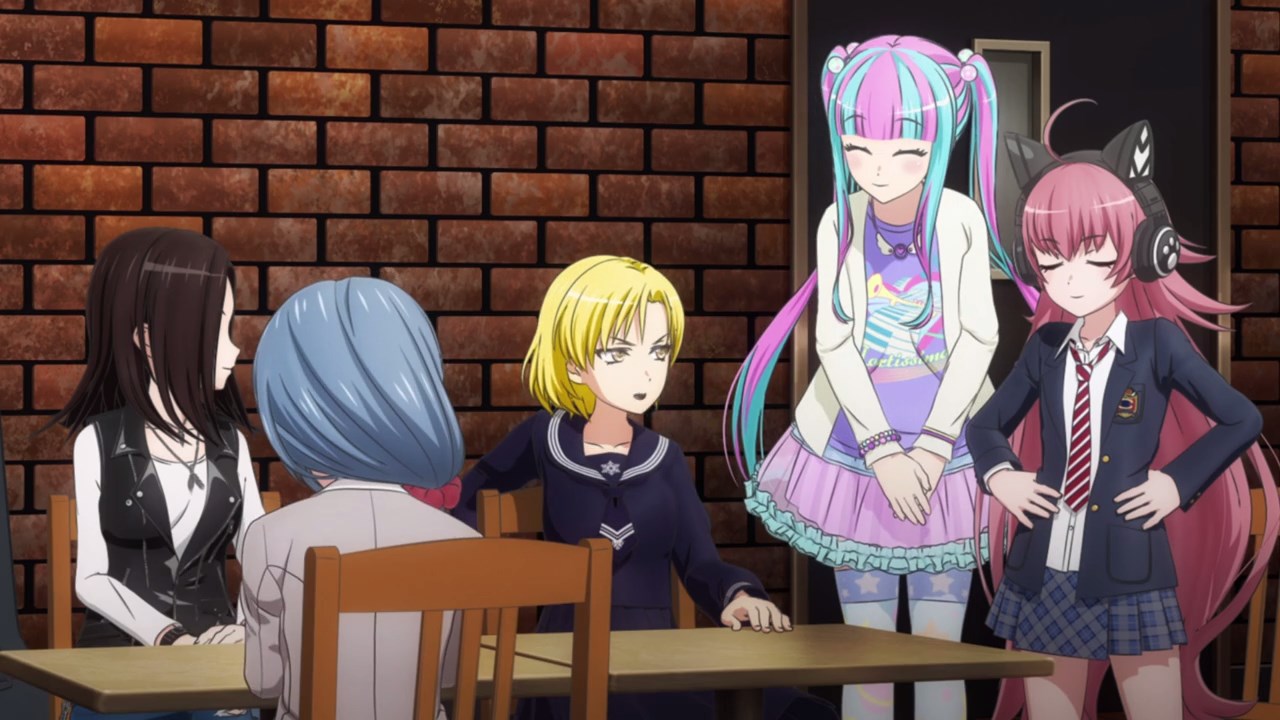 And as you can see, both bands are happy that they got in instead of duking it out for the last spot. I mean, having 3 bands at the Budokan is way more exciting! 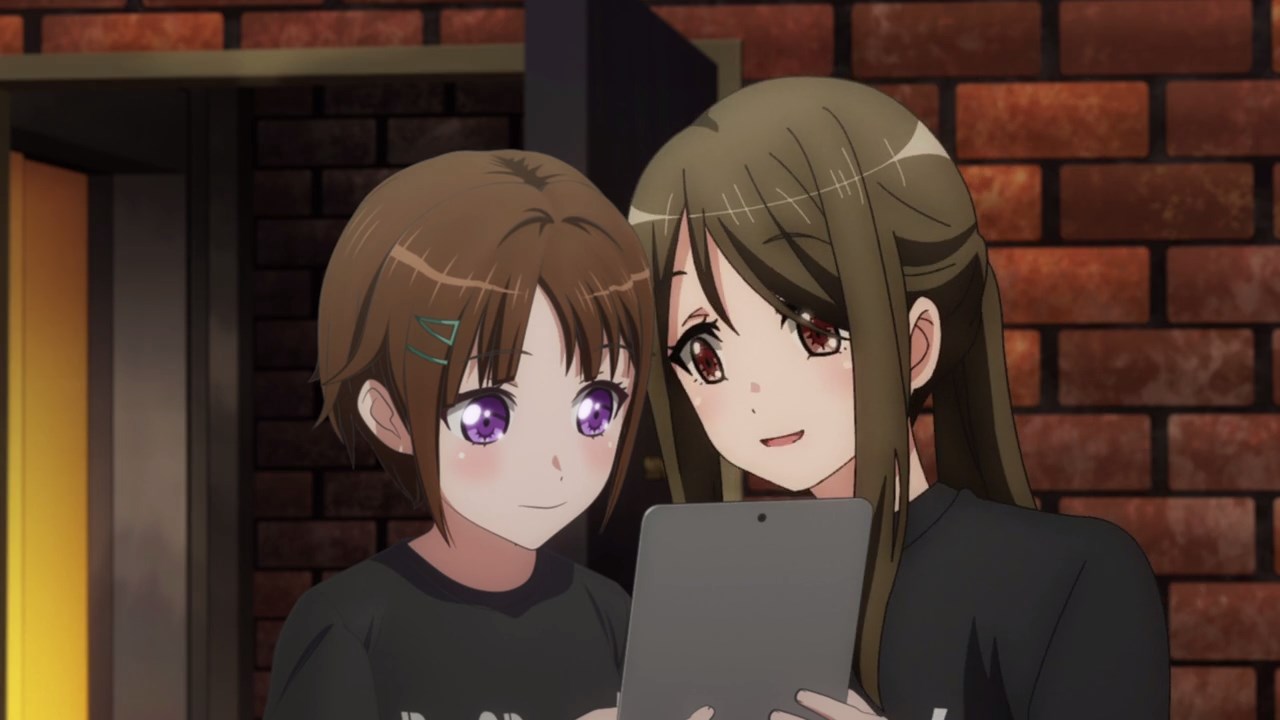 On the other hand, looks like Asuka Toyama has joined the committee as she helps the staff on setting up everything for the Budokan final. 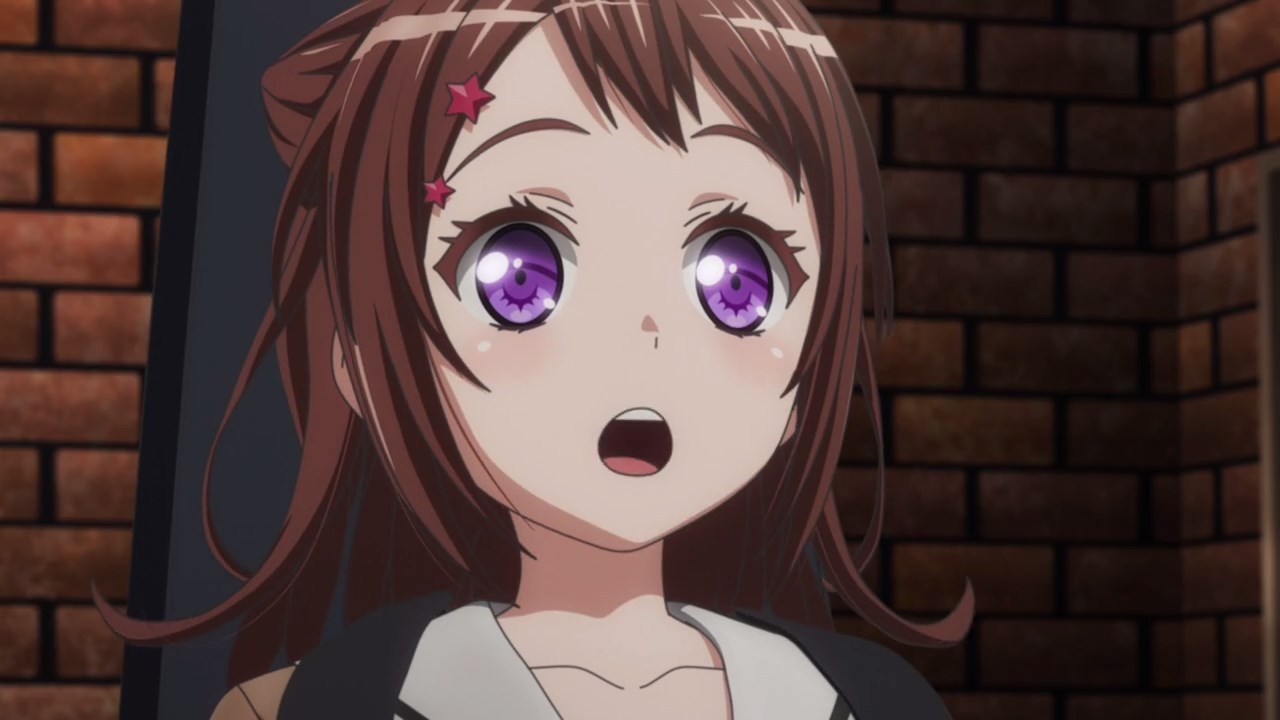 For Kasumi, she’s surprised that her younger sister is working with the staff from various live houses.

Still, PoPiPa can’t rest on their laurels as they need to make some new music for the Budokan final. 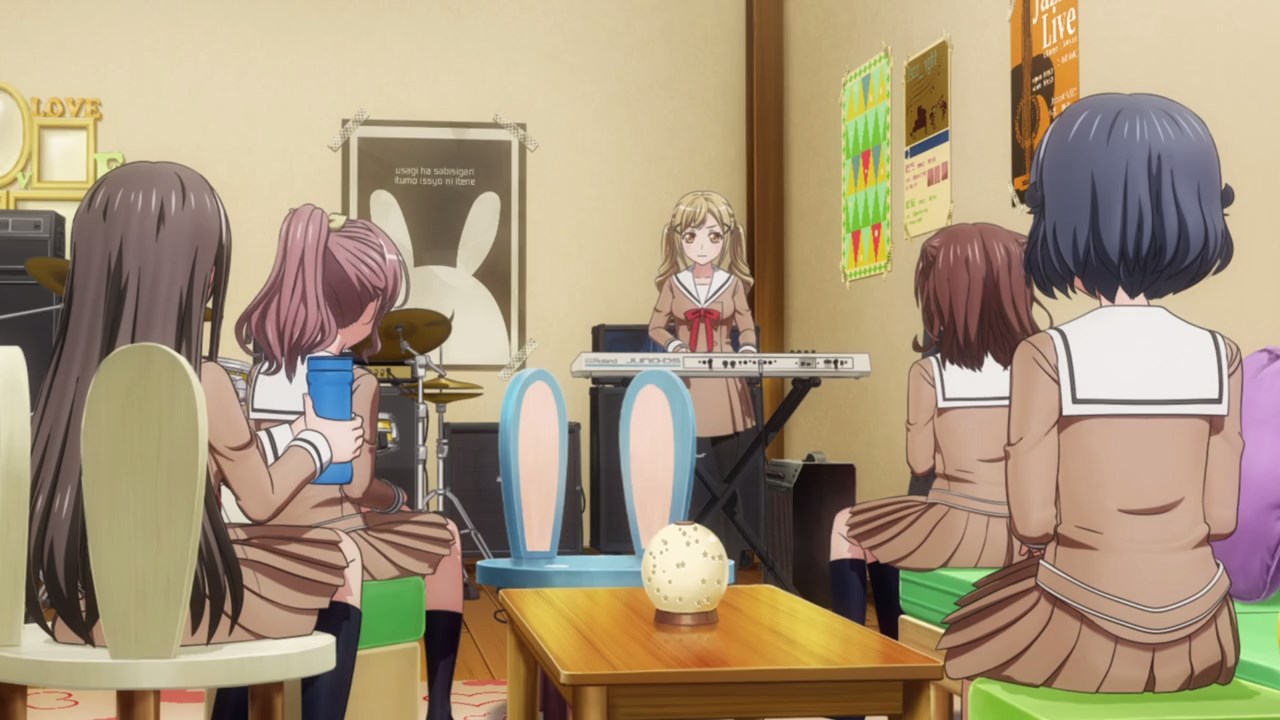 Fortunately, Arisa Ichigaya came up with this new song for the final, although it’s bit rough on the edges. 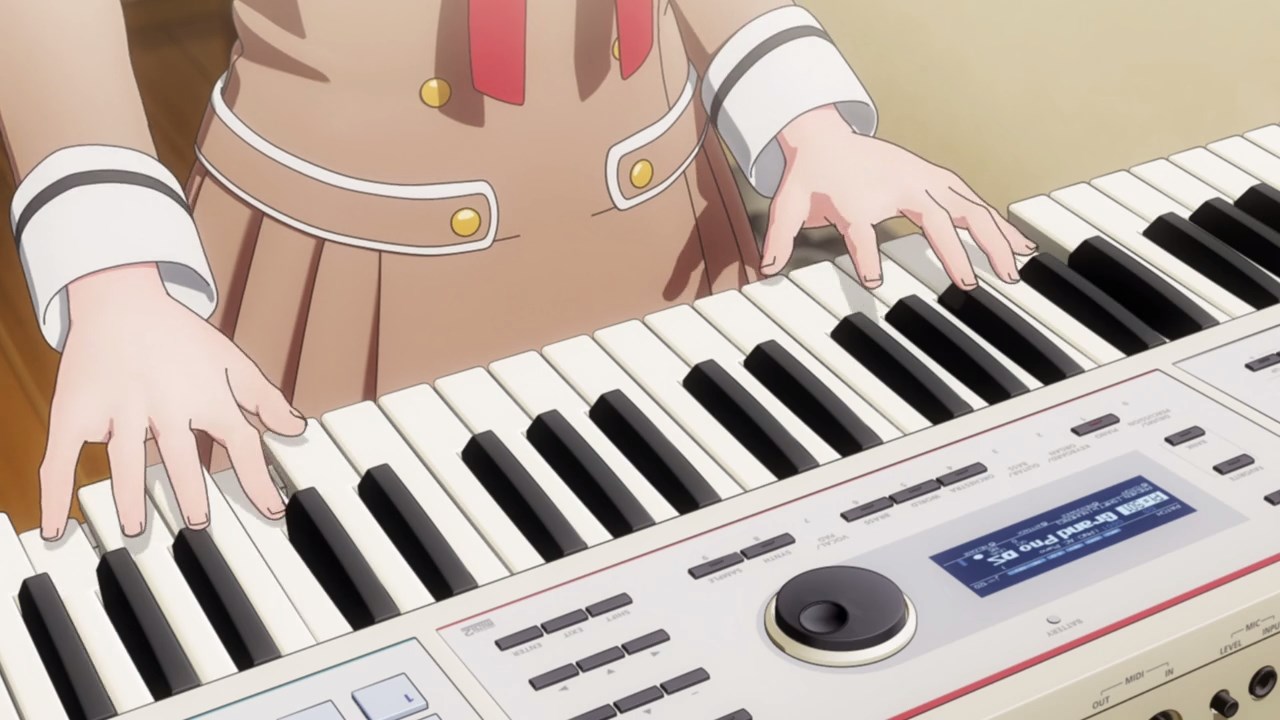 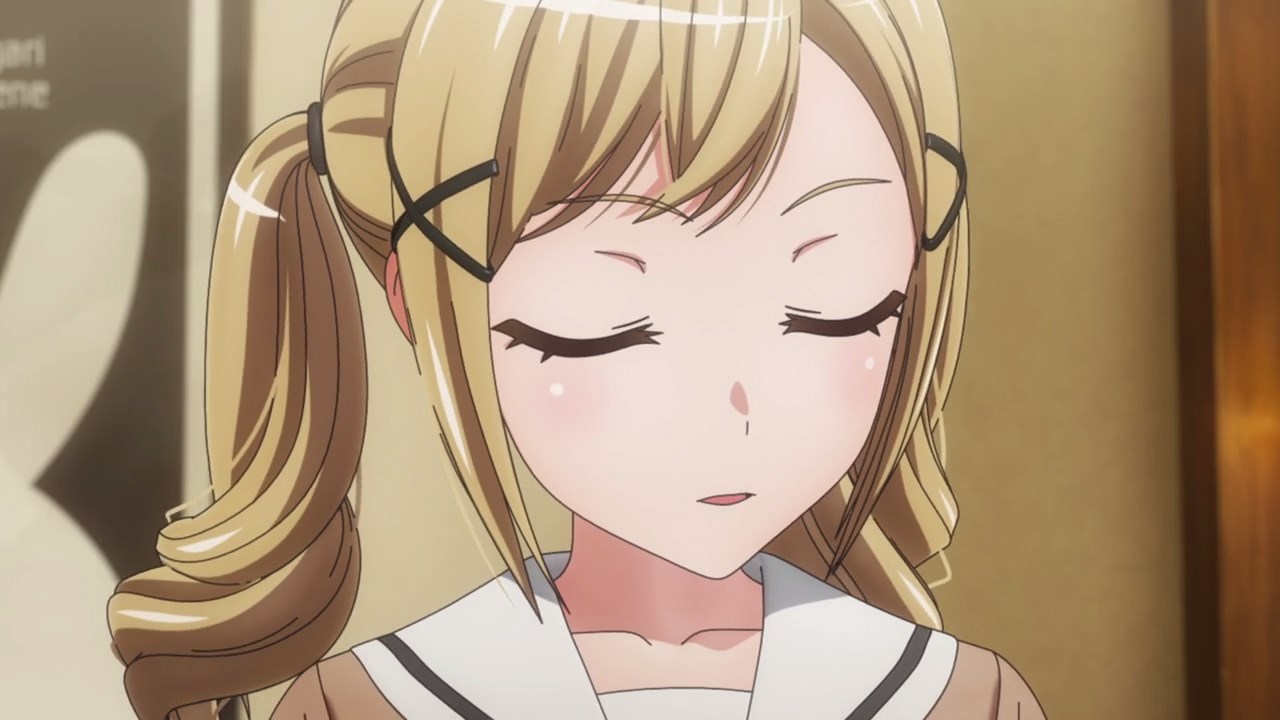 But hey, the melody is good as Arisa demonstrates by playing it on the keyboard. I can’t wait to hear their new song at the final. 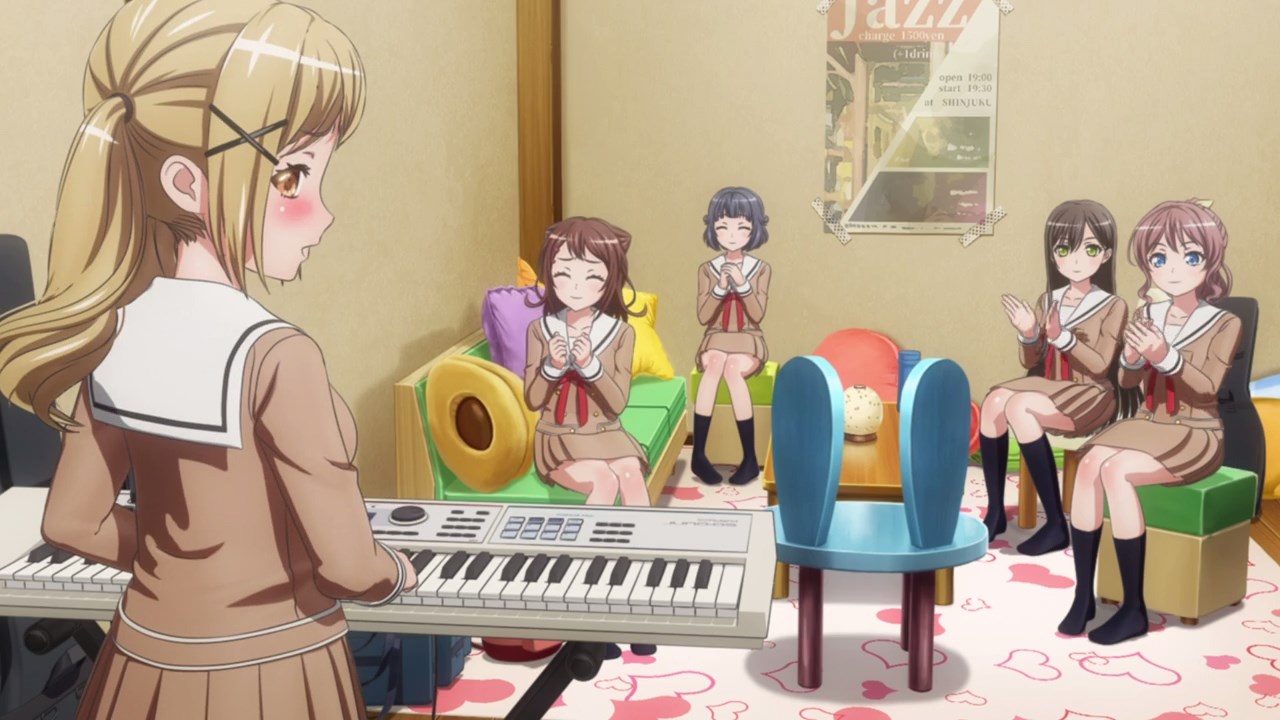 Anyways, Kasumi Toyama and the rest are impressed by the new song, although Arisa says that it was nothing.

Because of that, Kasumi got her thinking of making another song, but this time it’s performed by 3 girls bands. That’s right, a collaboration song for Poppin’ Party, Roselia, and RAISE A SUILEN. 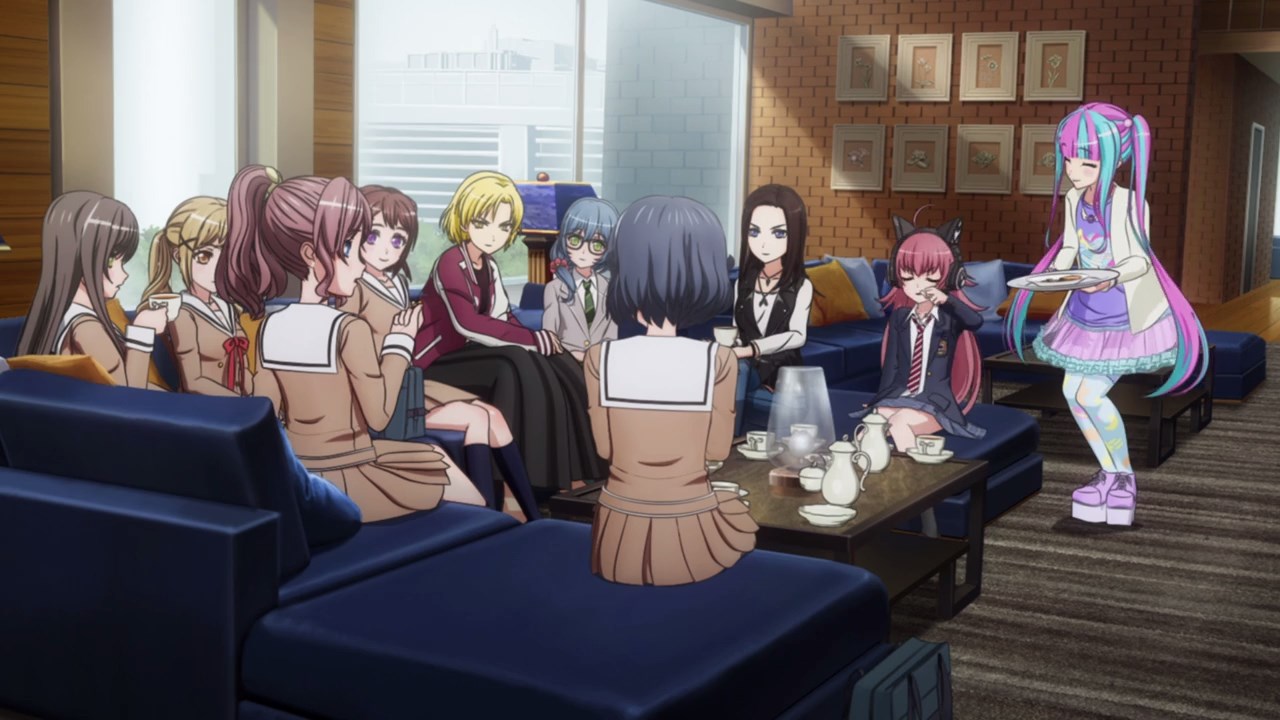 Of course, they need to invite both bands first in order to make it possible, so Poppin’ Party went to Chu2’s penthouse where they discuss about making a collaboration song together with Roselia. 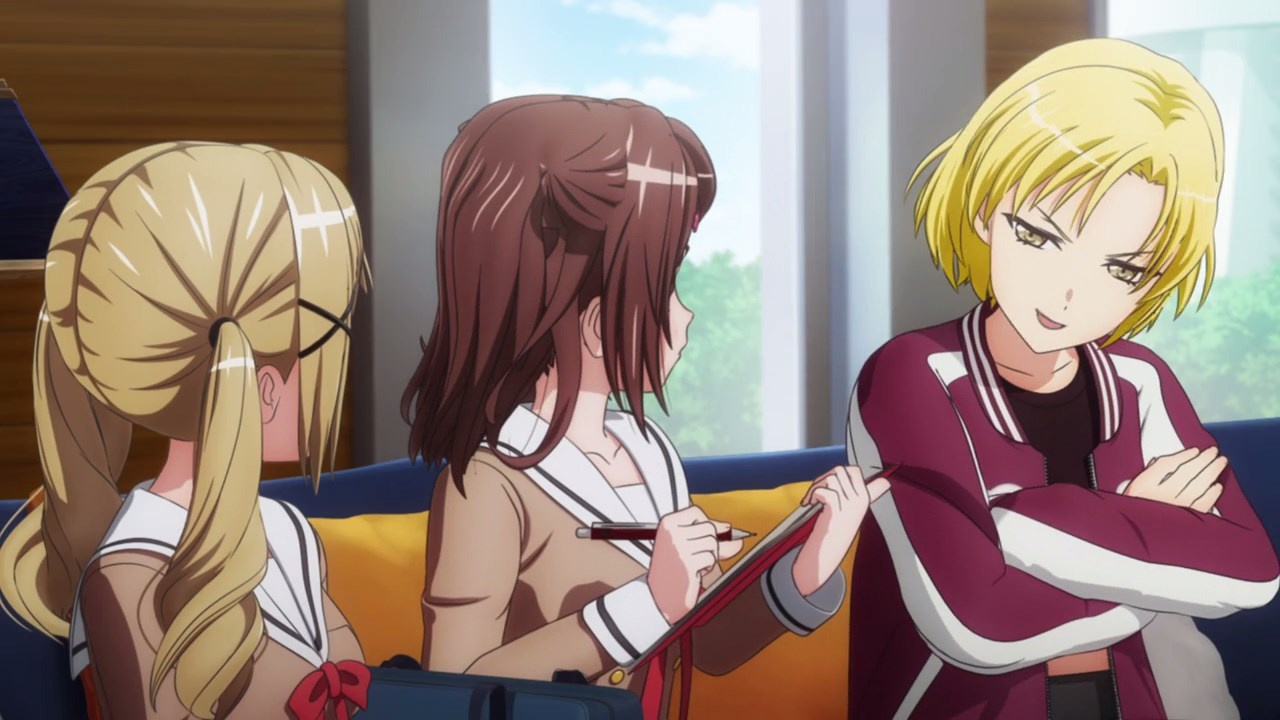 Oh yeah and while they’re at it, they asked Masking and Layer regarding their experience on performing at the Budokan. Then again, Masking will tell Kasumi that the venue is big and the platform spins around so that everyone can see the band at any angle, although she warned PoPiPa to be careful on the spinning platform.

Oh and as for the collaboration? RAISE A SUILEN agreed to make music with Poppin’ Party and Roselia. Well initially, Chu2 refused to collaborate with her rivals but eventually gave into her band-mates’ demands. 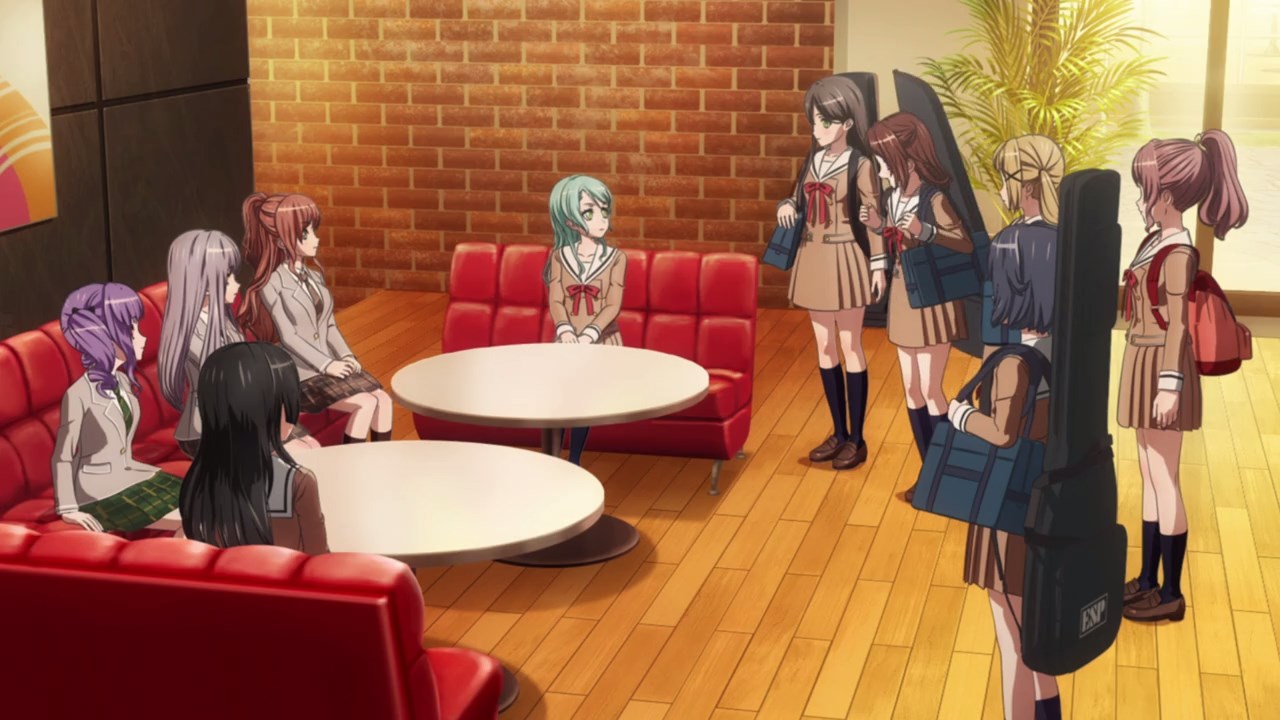 Afterwards, Poppin’ Party went to Live House Circle to meet up with Roselia as they asked them for a collaboration. 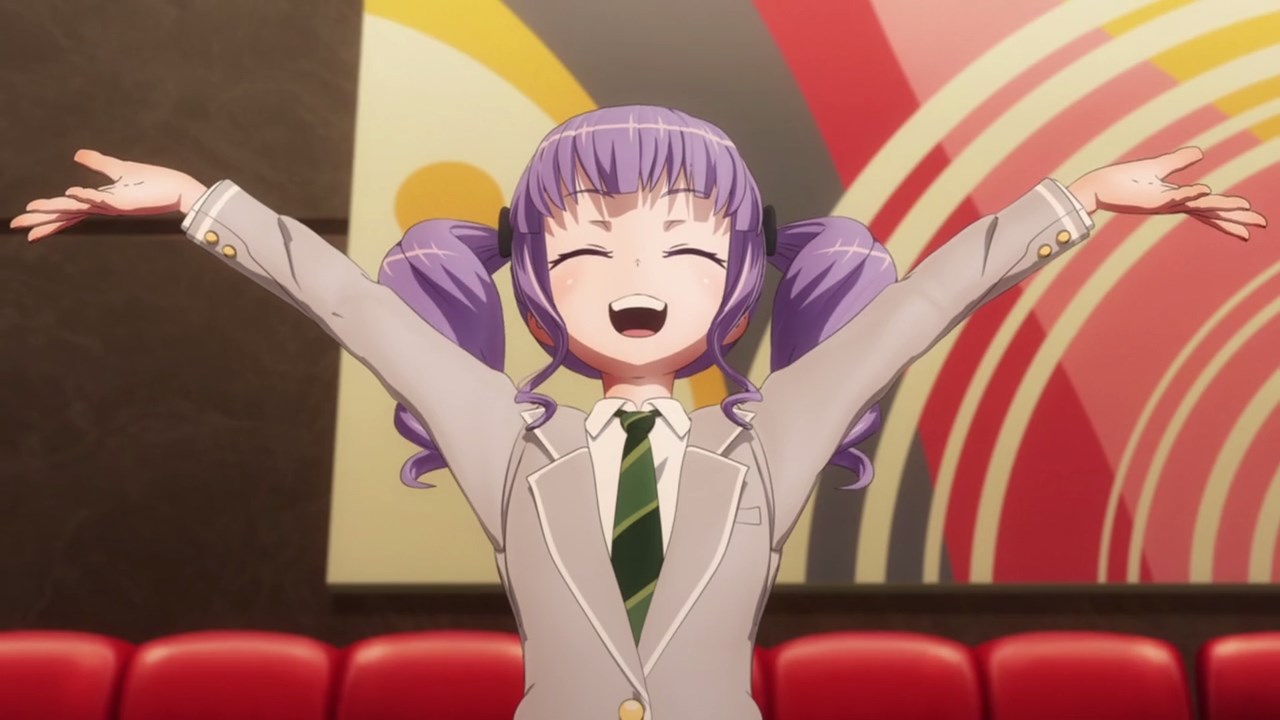 Fortunately, Yukina Minato and the rest have agreed to take part in the collaboration. C’mon, even Ako Udagawa is happy that Roselia will make a song together with PoPiPa and RAS. 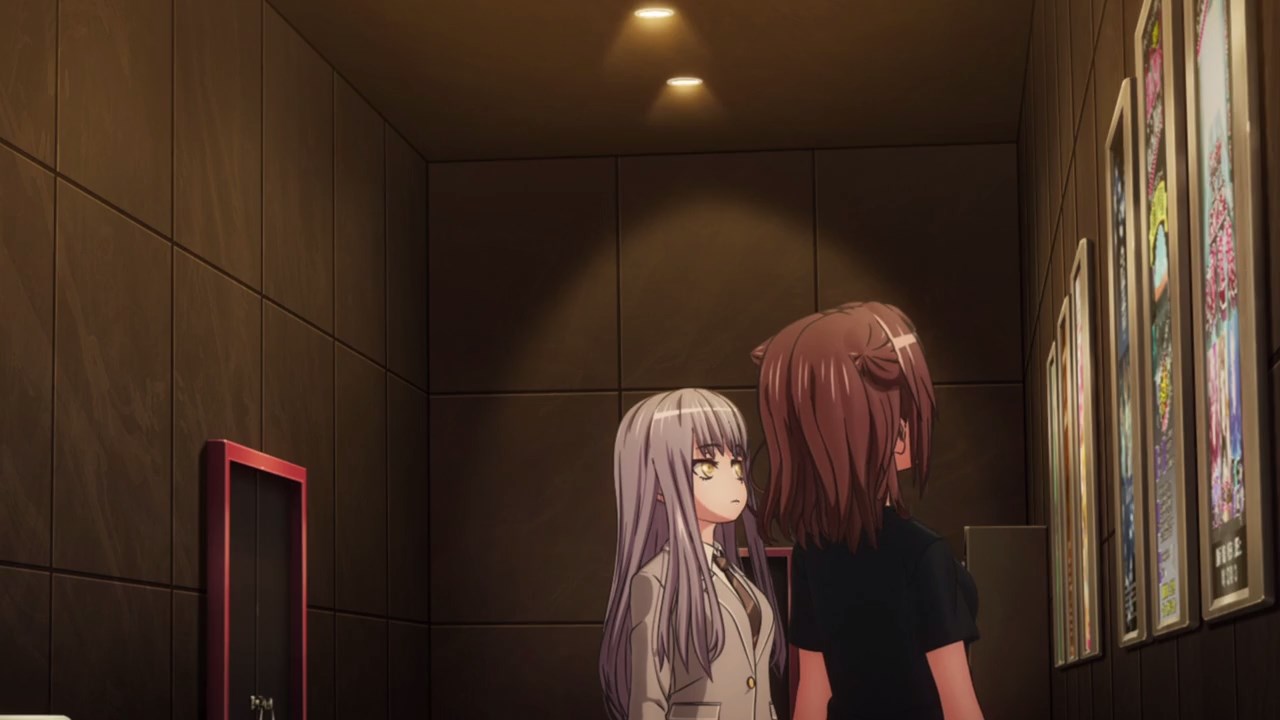 Now then, it’s time for the dress rehearsal at the Live House Circle and while they’ll gonna be busy practicing for the upcoming Budokan final, looks like Kasumi Toyama and Yukina Minato saw the poster for the concert.

And I have to say that the poster looked nice as it has the slogan “Blast through your dreams!” at the left side while the bottom features 3 girls bands that will perform at the Budokan. 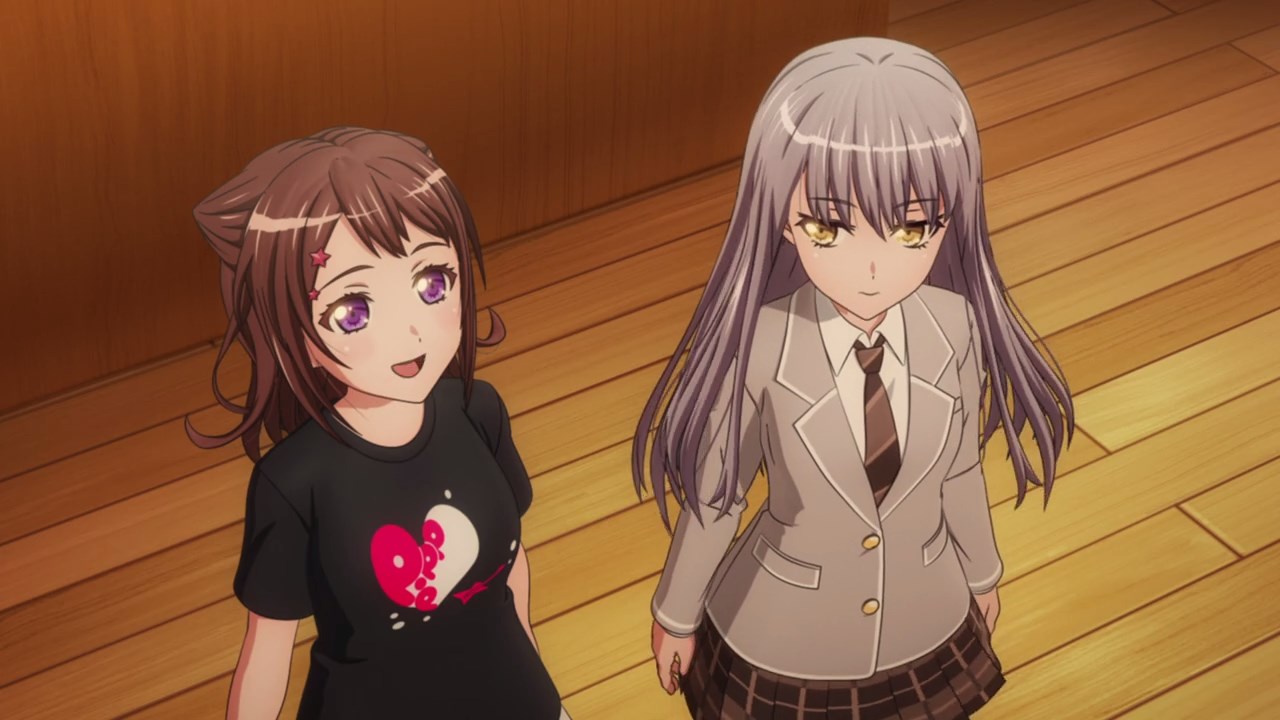 Gotta say that both Kasumi and Yukina approved this poster, but you know who made it? 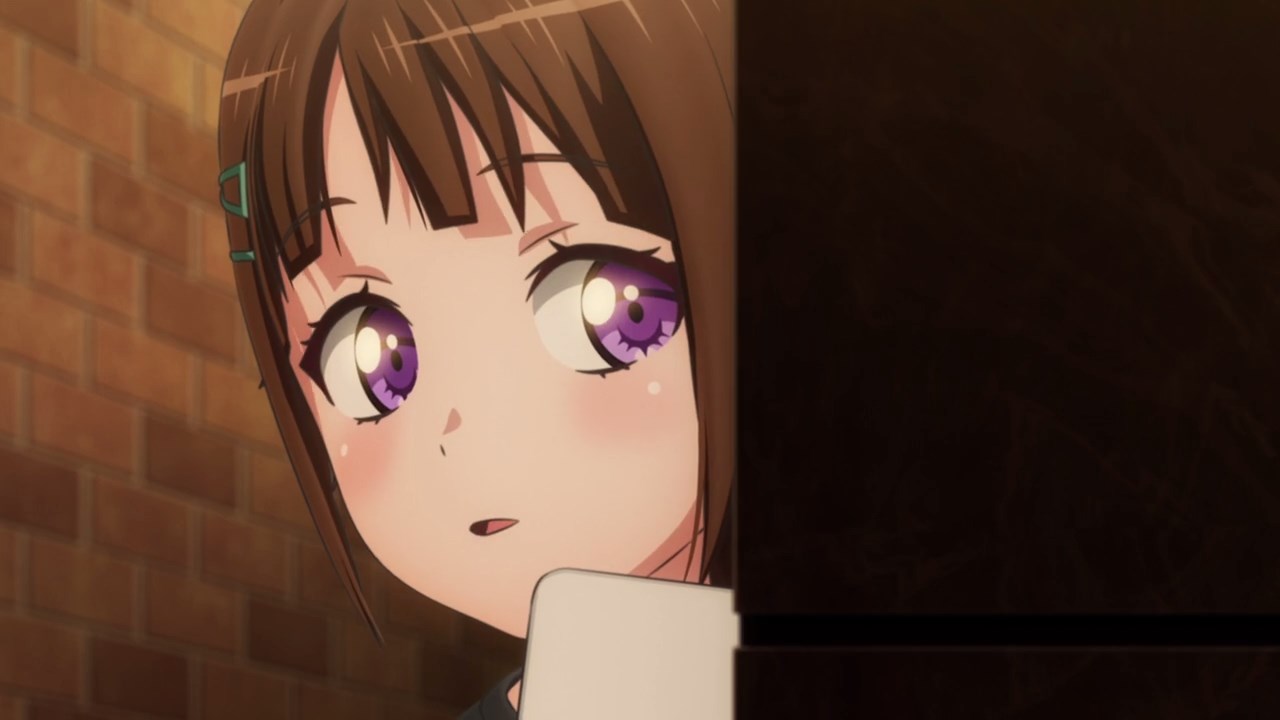 Well, say hello to Asuka Toyama as she’s the one who made the poster, so good job to Acchan on making one for the Budokan final!

One more thing, she’s also covering the Budokan final at her blog so I’m hoping that it’ll be a great read once Asuka publishes it. 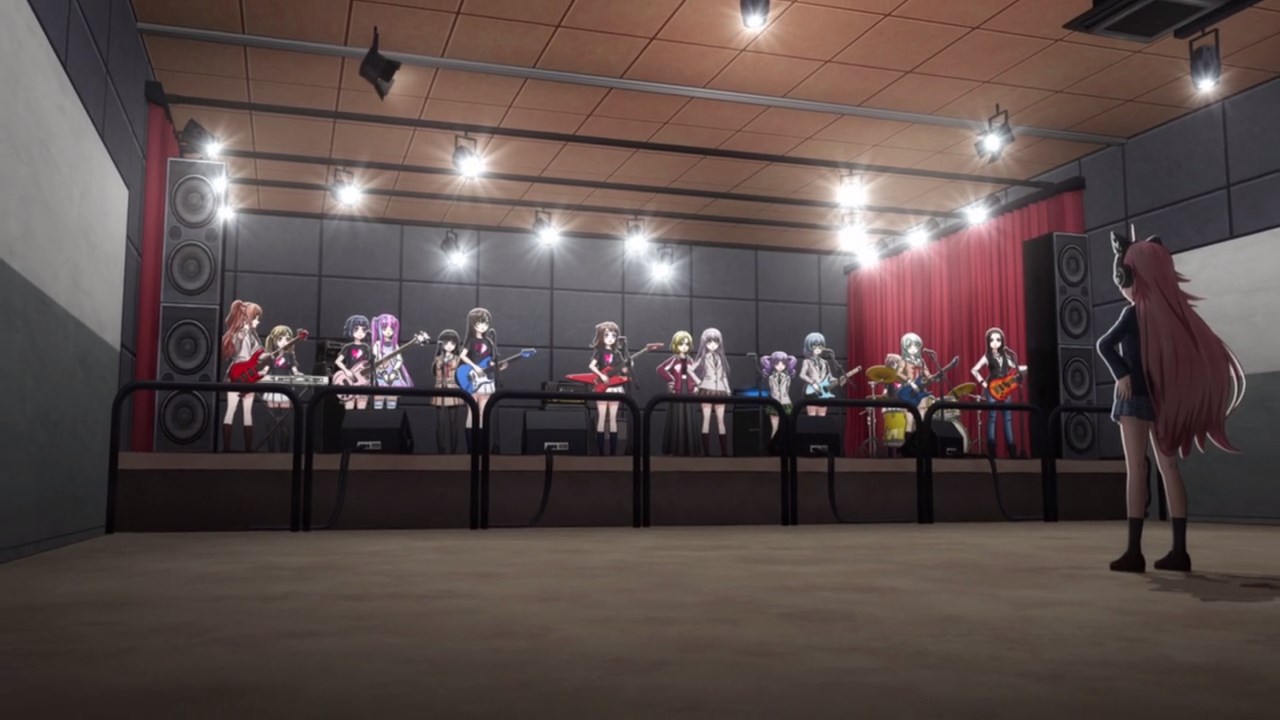 Now then, it’s time for the dress rehearsal for the collaboration song among 3 girls bands. While they have different styles, I think they’ll make it blend somehow. 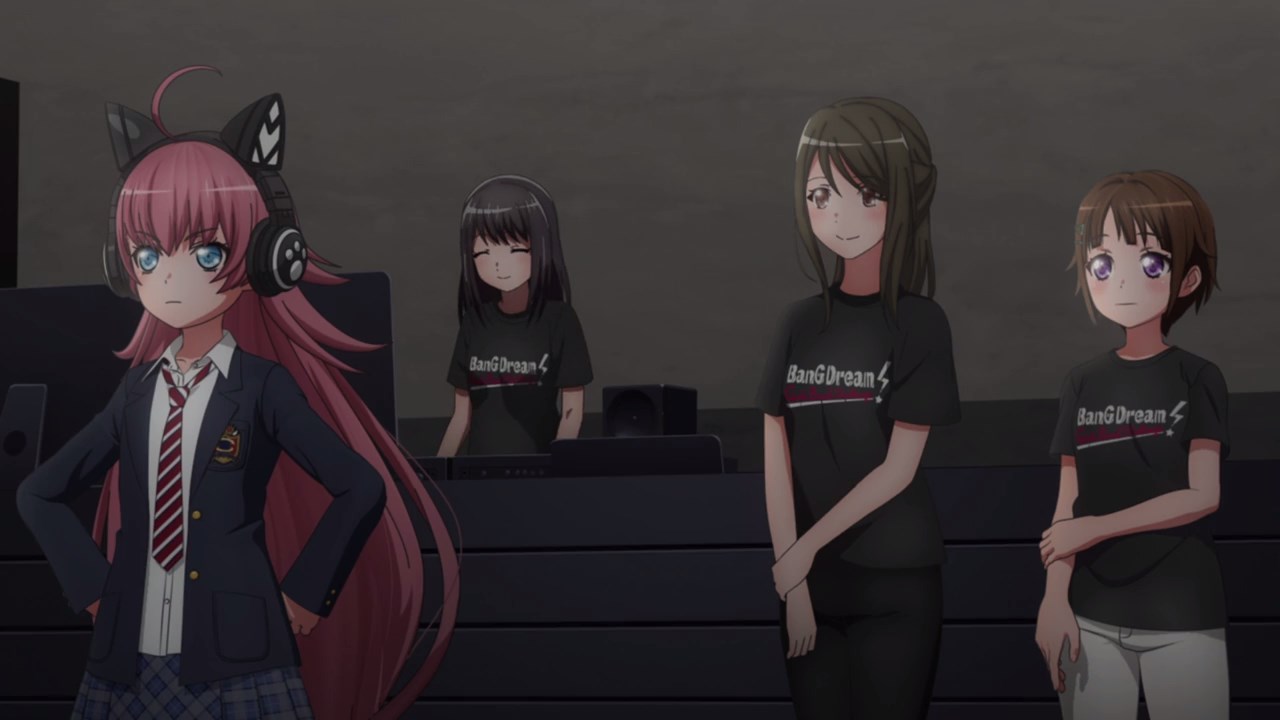 Of course, it’s all thanks to Kasumi Toyama where her enthusiasm has enabled all 3 bands to work together to create one amazing song. I can’t wait for that! 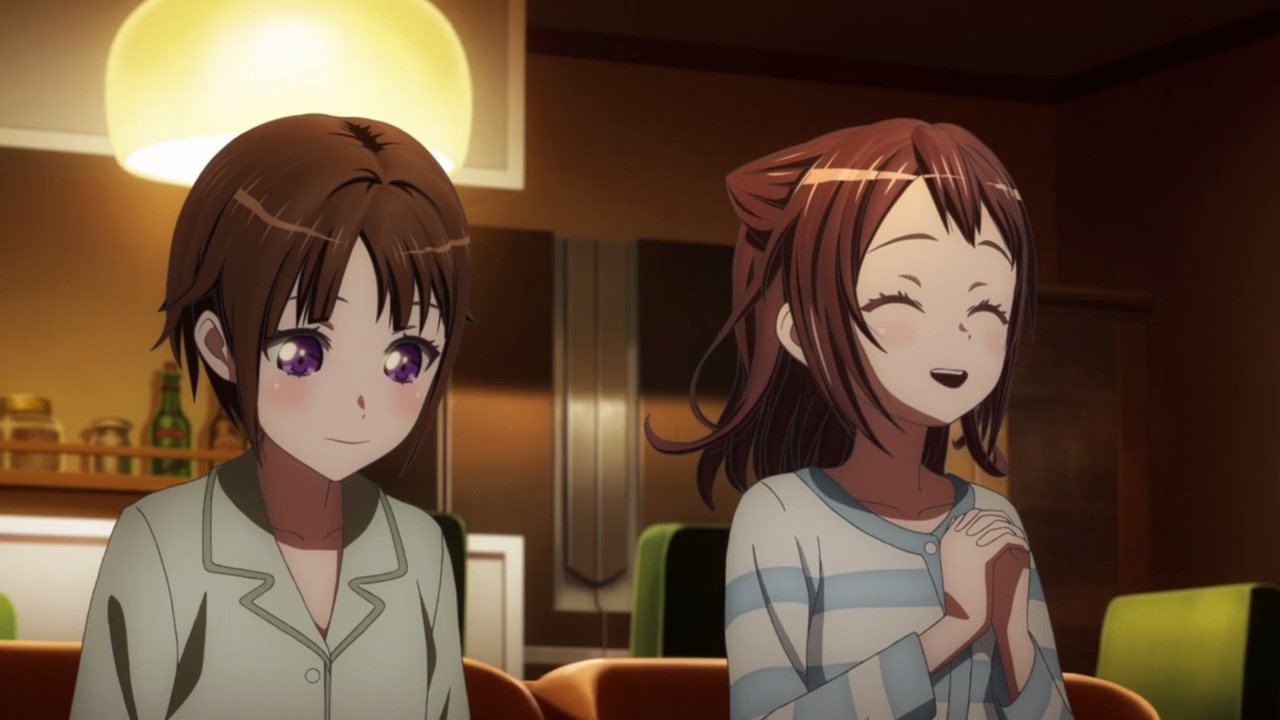 Well then, looks like it’s time for Kasumi to take a good night sleep for tomorrow’s Budokan final. As for Asuka, she’ll be busy proof-reading her article which will be published later.

And that’s the end of this penultimate episode of BanG Dream! Season 3 as I’ll see you next time for the finale!