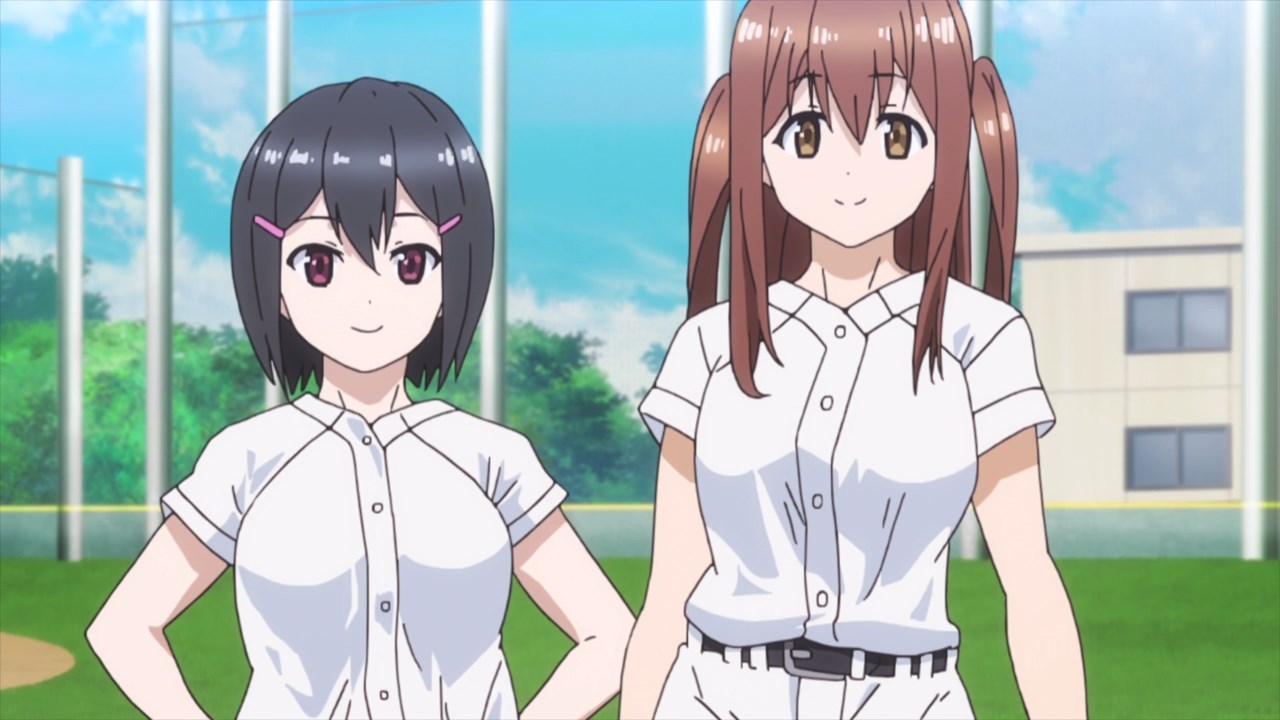 Here’s Tamaki Yamazaki and Yomi Takeda as they’re wearing baseball uniforms from their middle school. Well, they haven’t got their uniforms from Shin Koshigaya High School. 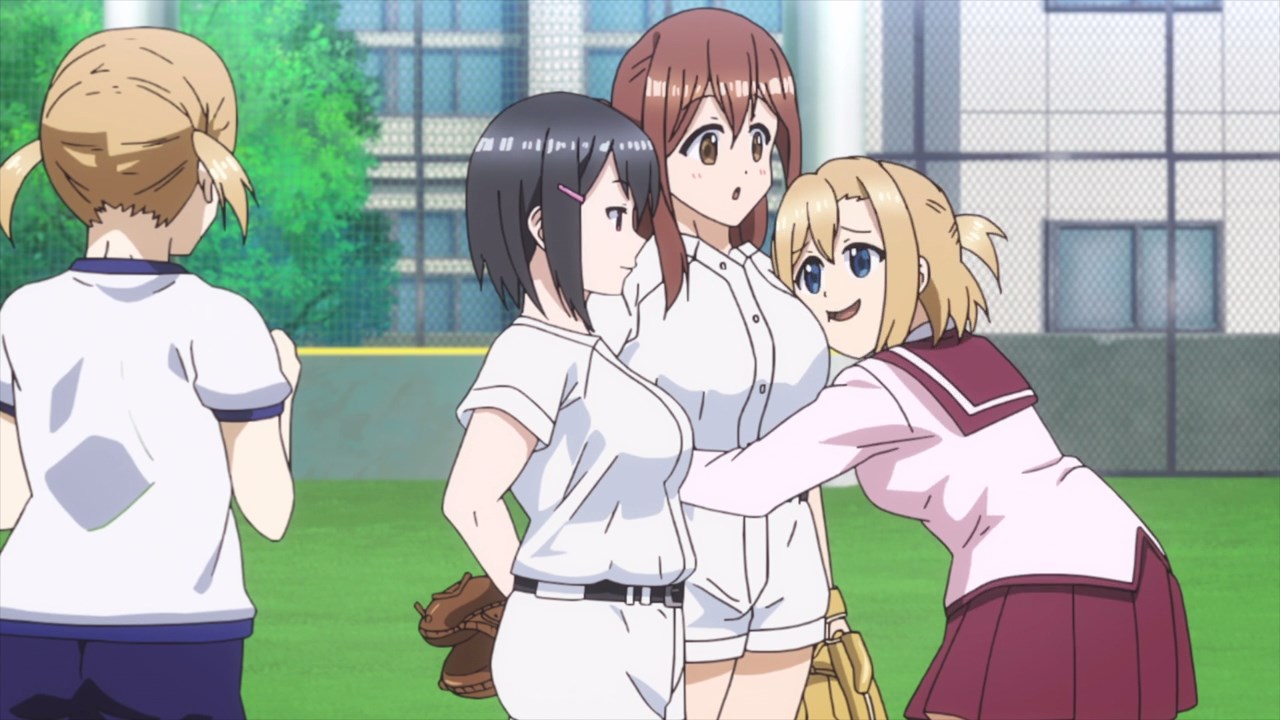 Of course, Yoshino Kawaguchi wants to rub those uniforms with her face. Um Yoshino, can you start with the practice session now that the girls’ baseball club is now in business? 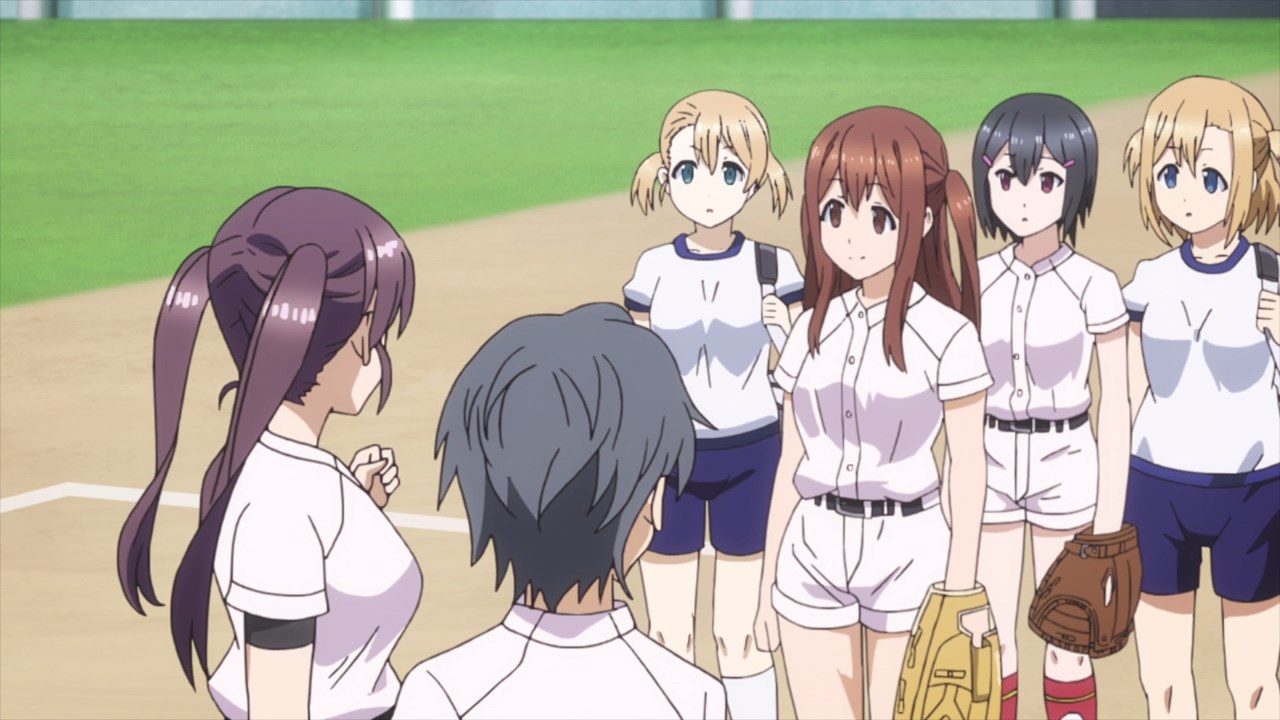 Now then, it appears that Tamaki and Yomi got their official baseball uniforms as they’re ready for practice. However, they saw two students who wants to join the baseball club. 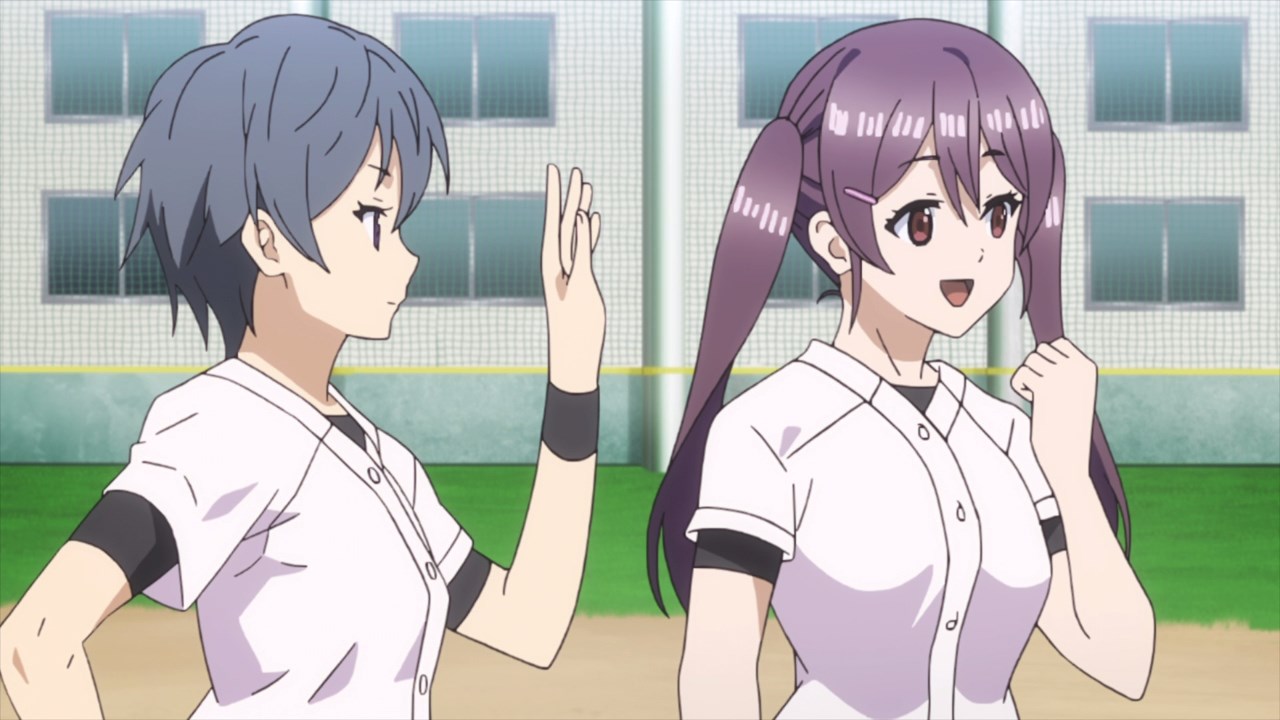 Anyways, on the left is Ryo Kawasaki who plays shortstop, while on the right is Sumire Fujita who plays second base.

They’re from South Sagami Middle School which they played at a prefectural tournament, and having them is a plus for the now-revived girls’ baseball club. 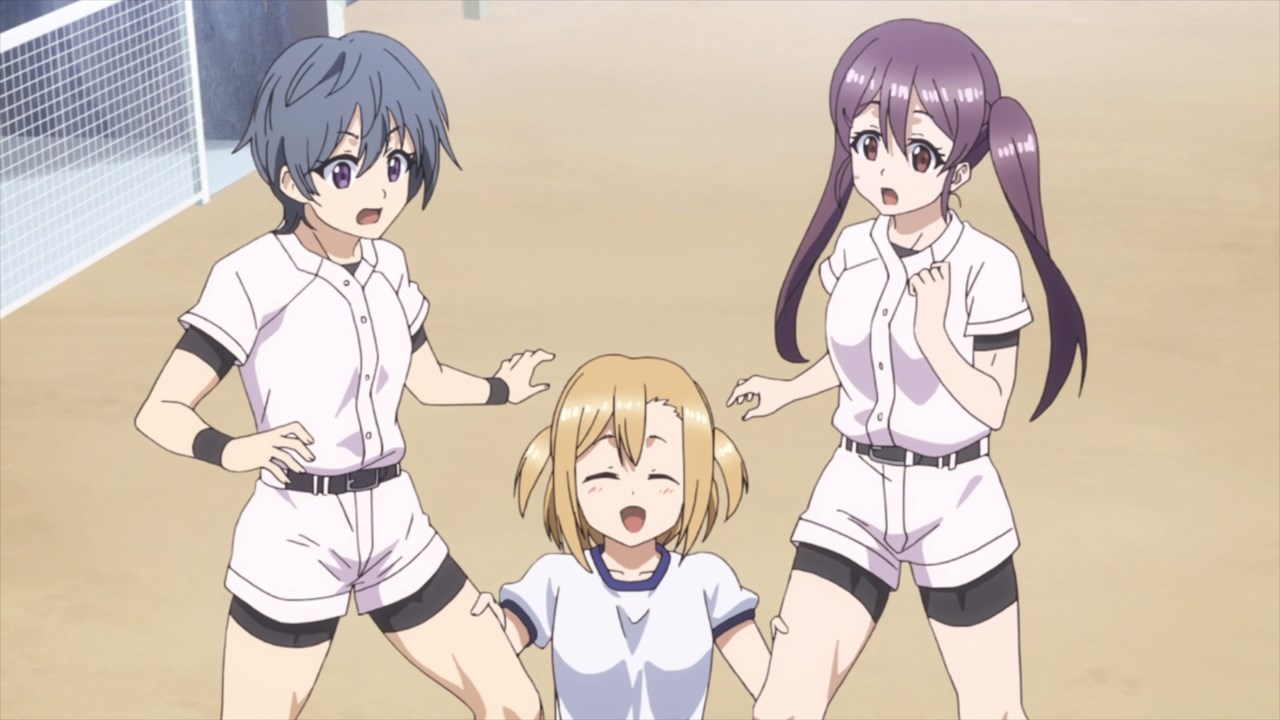 Of course, Yoshino is curious about Ryo and Sumire as she checks on their toned thighs. Oh well… 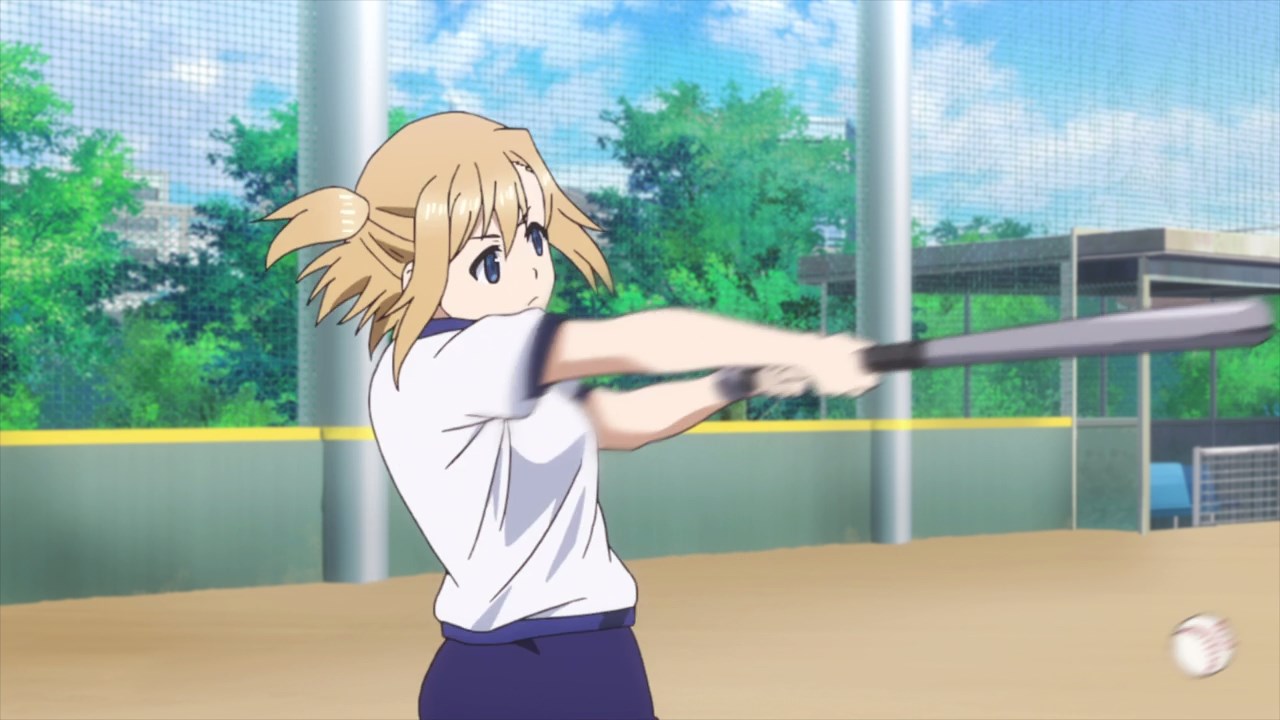 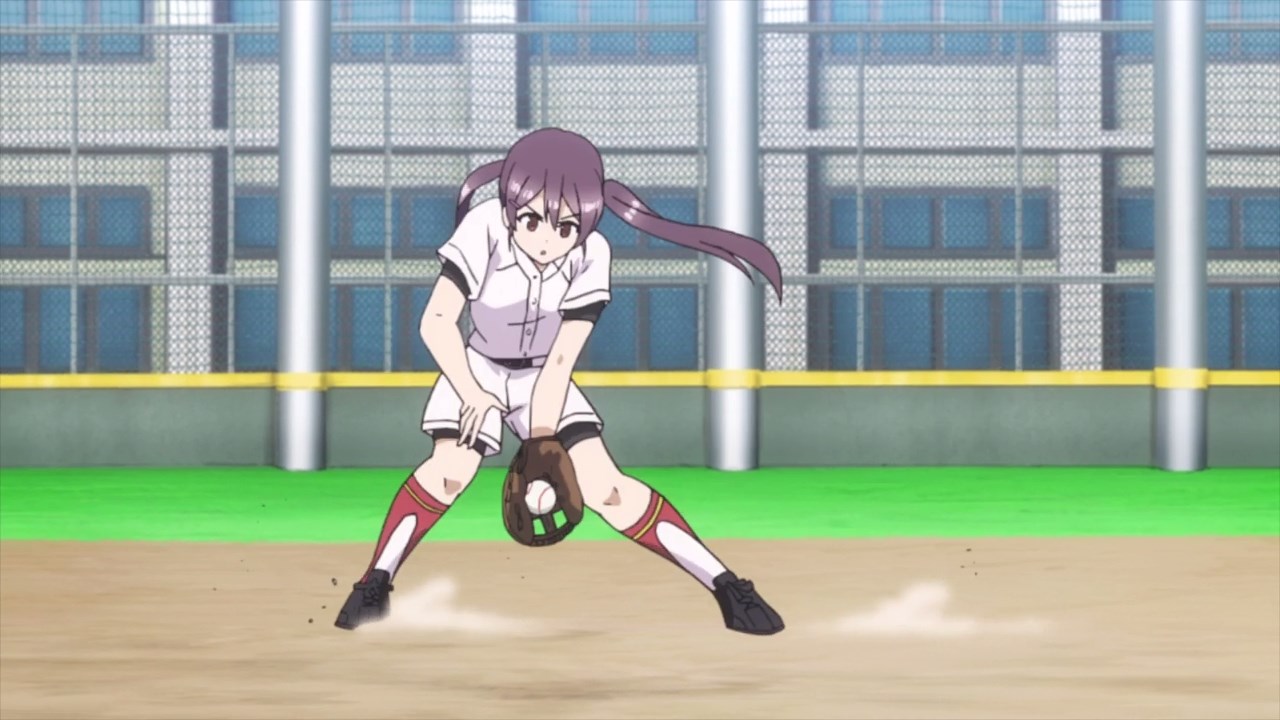 Now then, it’s time for their practice session as Ryo and Sumire are doing great at the respective positions. 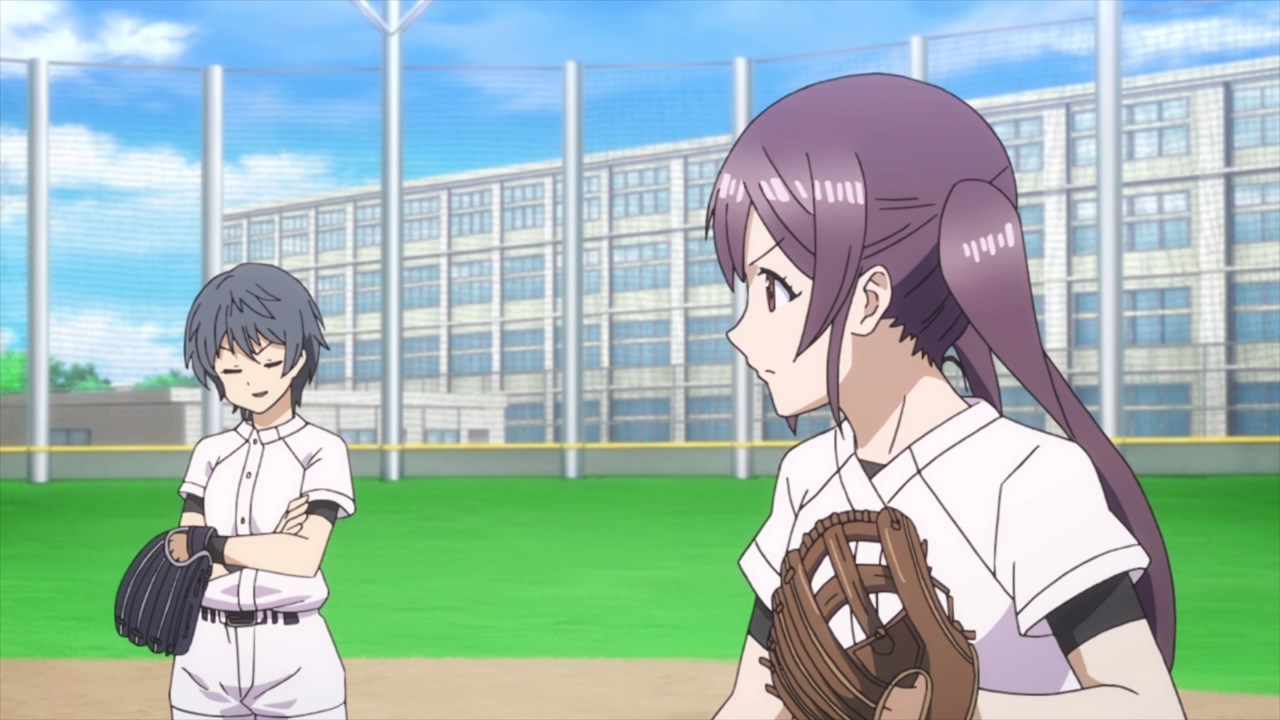 Then again, it appears that Kawasaki and Fujita are bickering at each other, which is a detriment considering that baseball needs teamwork, especially when it comes to fielding. 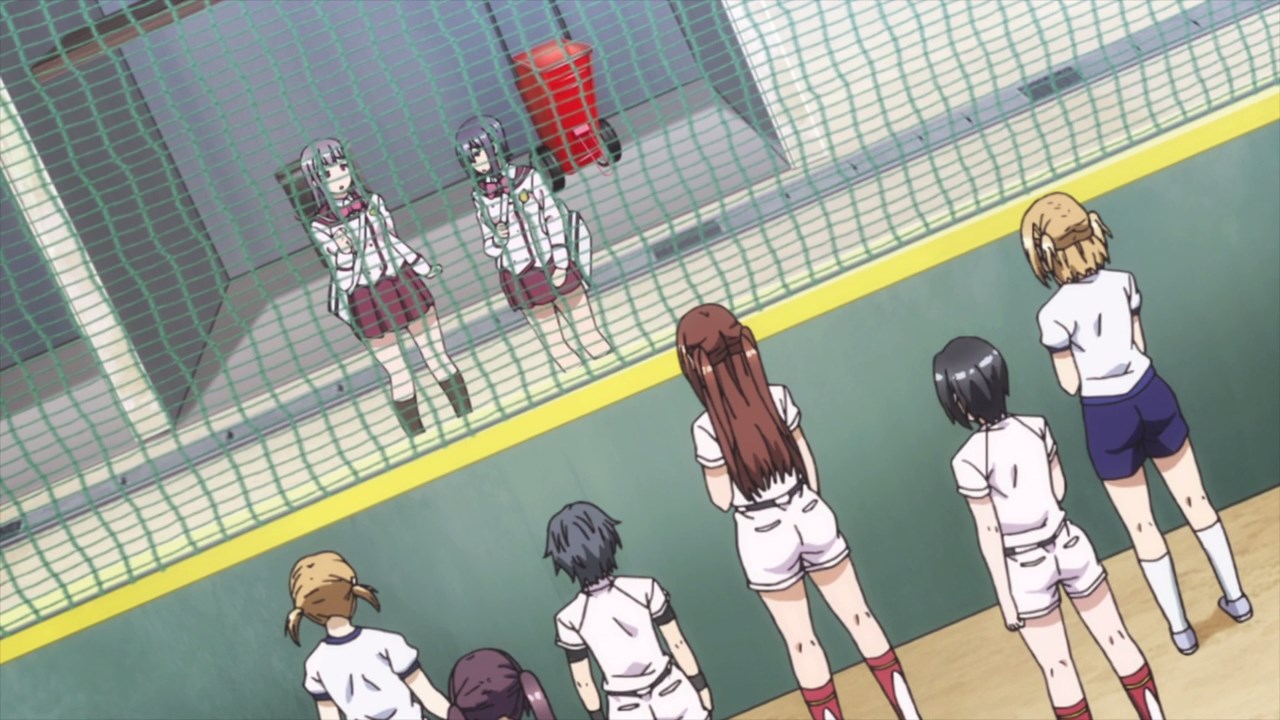 Oh yeah, it looks like both girls from the previous episode have returned as they’re actually 2nd year students, now named as Risa Fujiwara and Rei Okada. 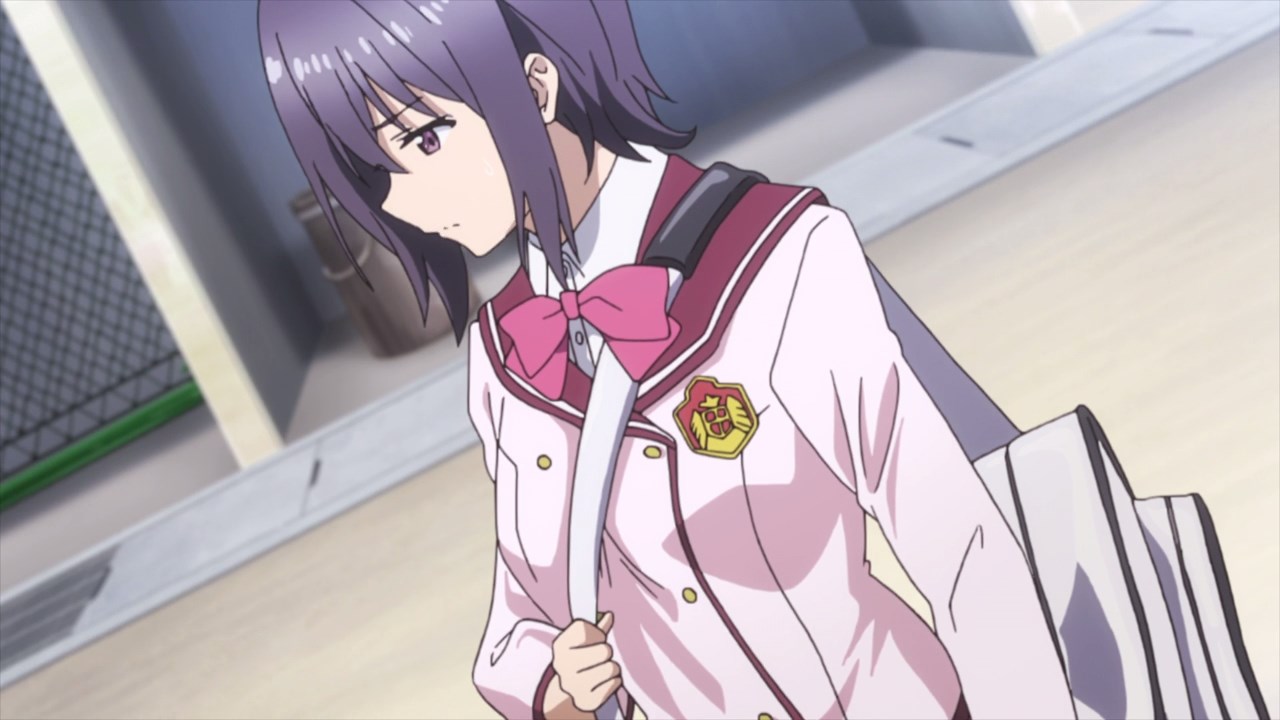 Unfortunately, they can’t join the baseball club as they have bad memories of it, especially Rei Okada where last year got it worst for her and Risa Fujiwara. 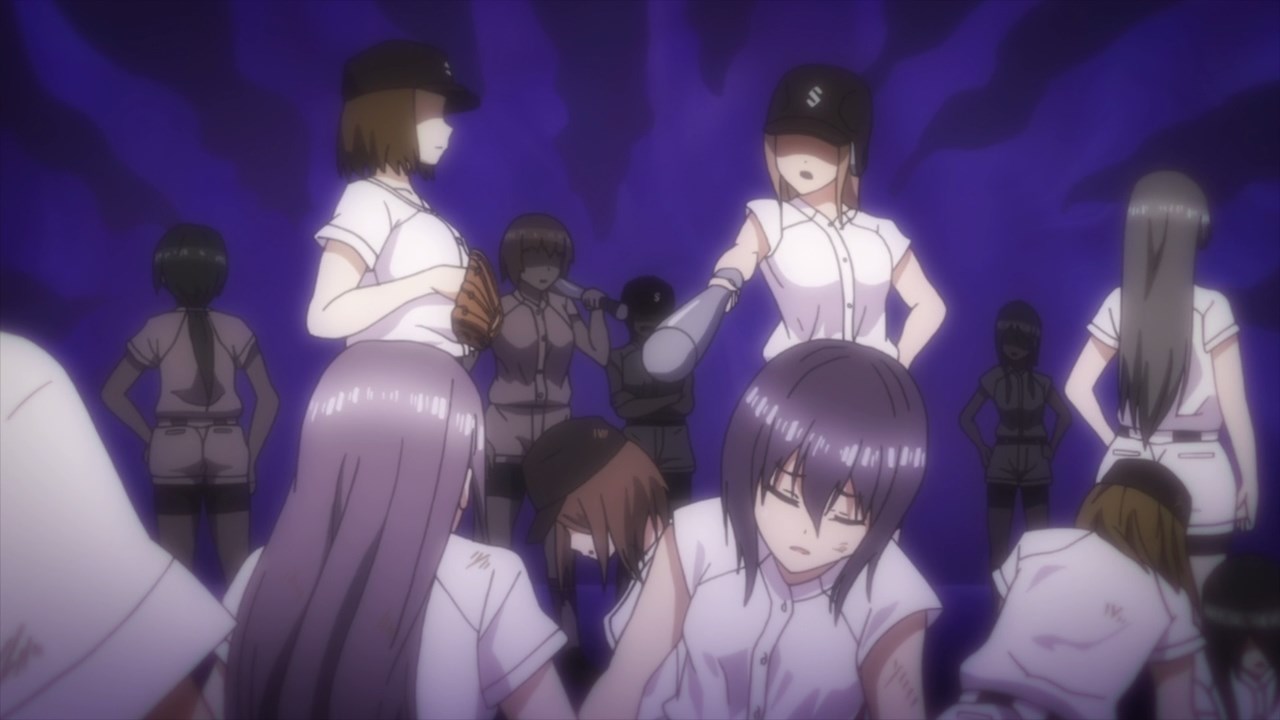 You see, various players are fighting each other that Shin Koshigaya High School suspended the girls’ baseball club.

Well, at least it wasn’t disbanded ’cause it’ll be a waste to have a baseball field at Shin Koshigaya High School. In any case, both Risa and Rei won’t join the club. 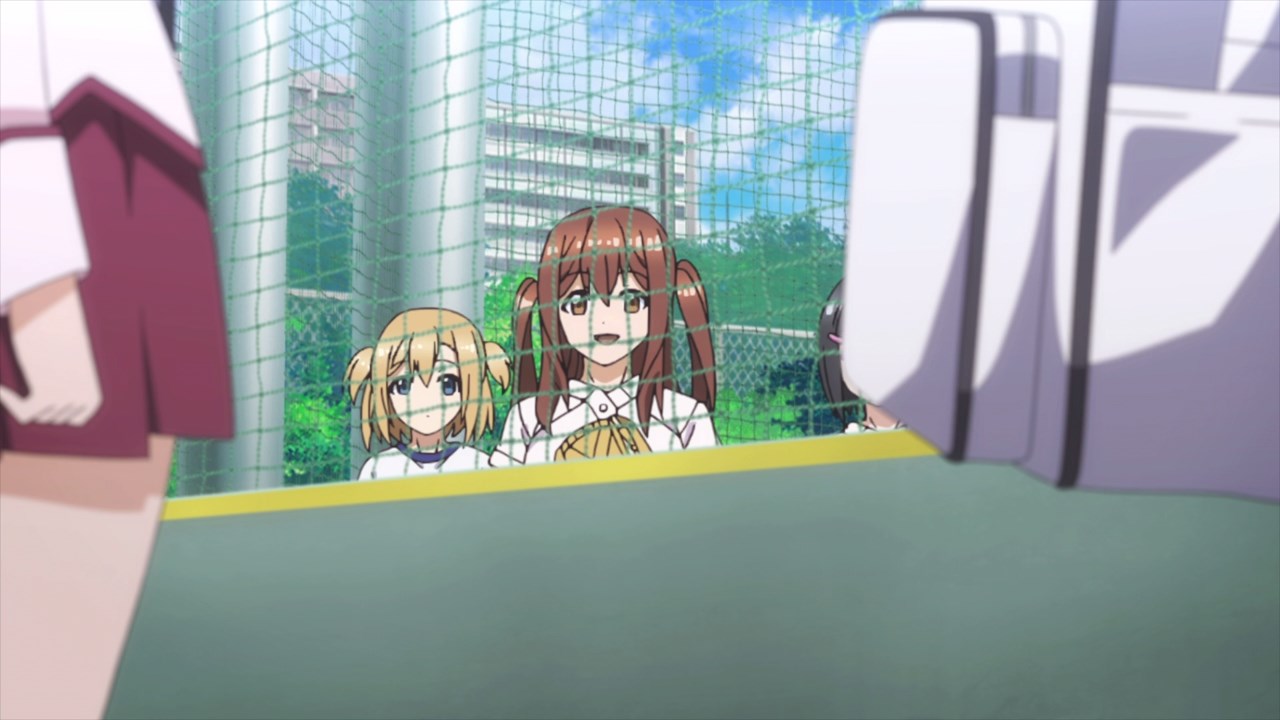 Of course, Yomi Takeda won’t let that happen as she challenged them to a duel. I mean, she doesn’t want Rei and Risa’s talent go to waste. 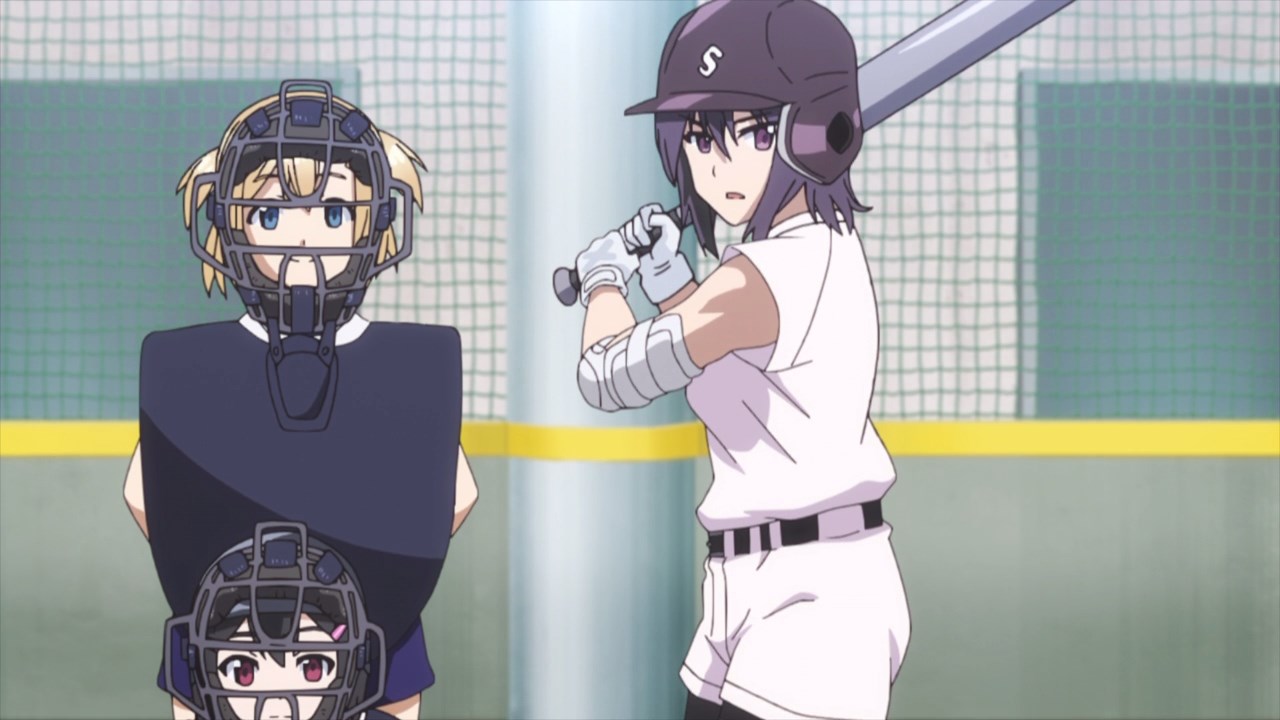 With that said, Rei Okada accepted Yomi’s challenge as she’s at bat. Then again, I wonder if Okada can take on Takeda’s special pitch? 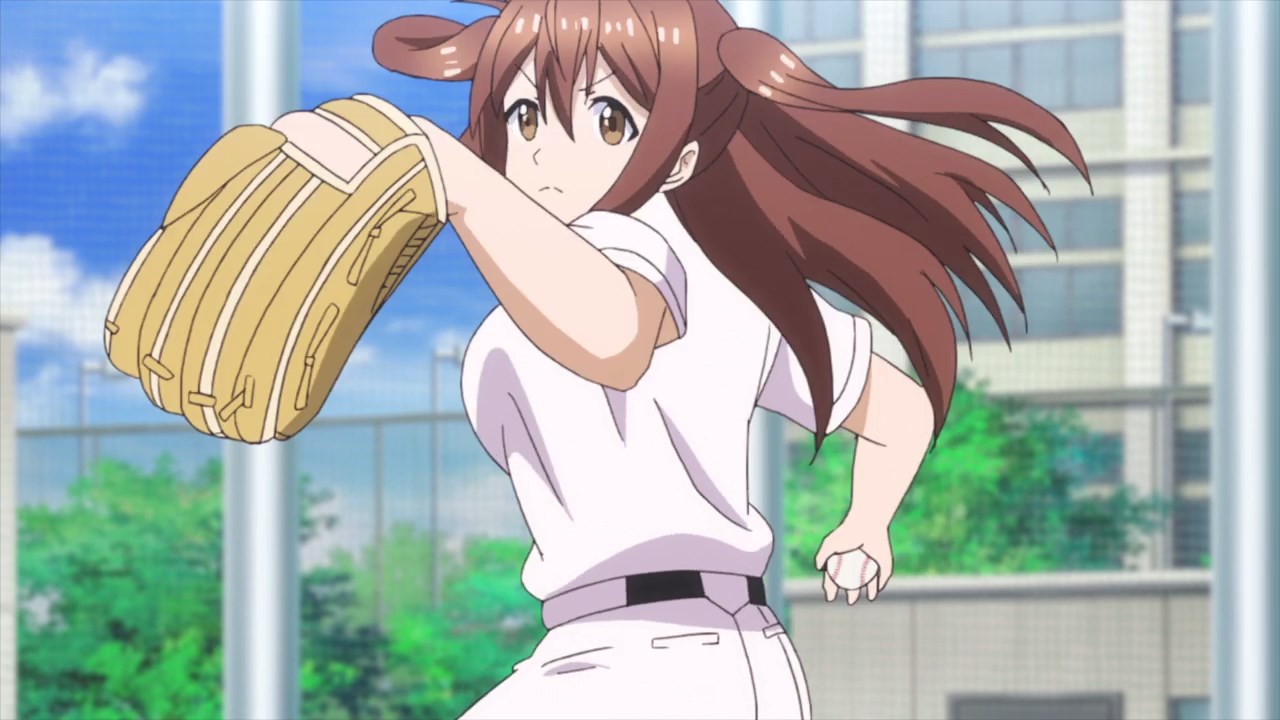 Anyways, Yomi throws her special pitch that would scare the crap out of Rei. I mean, she doesn’t like getting beanball’d! 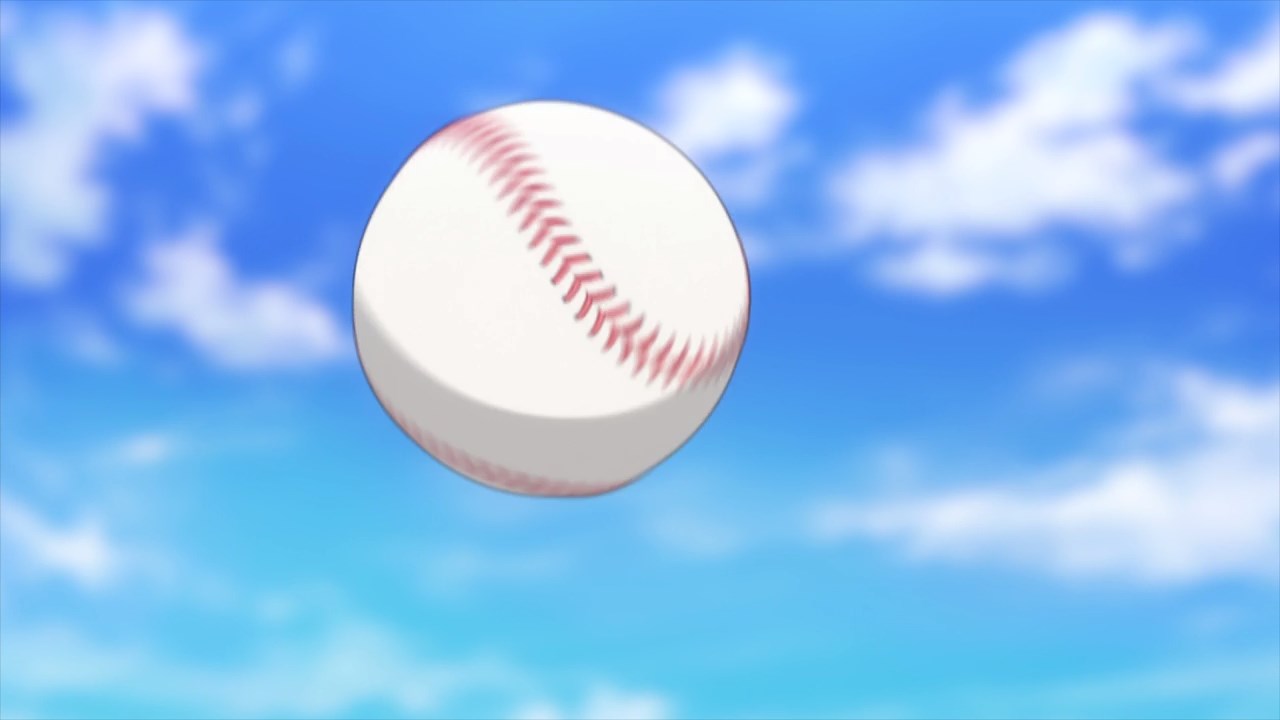 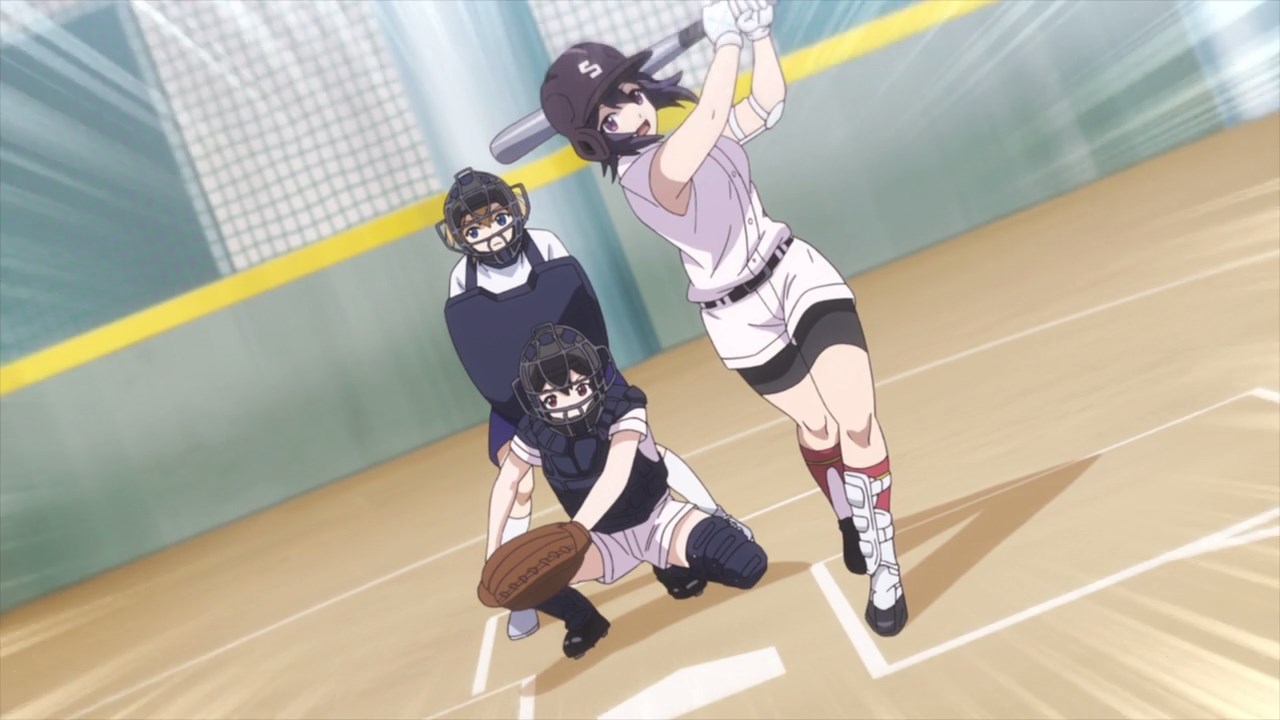 In any case, Rei Okada got beaten by Yomi Takeda’s pitch, but it’s not over yet until Okada got struck out! 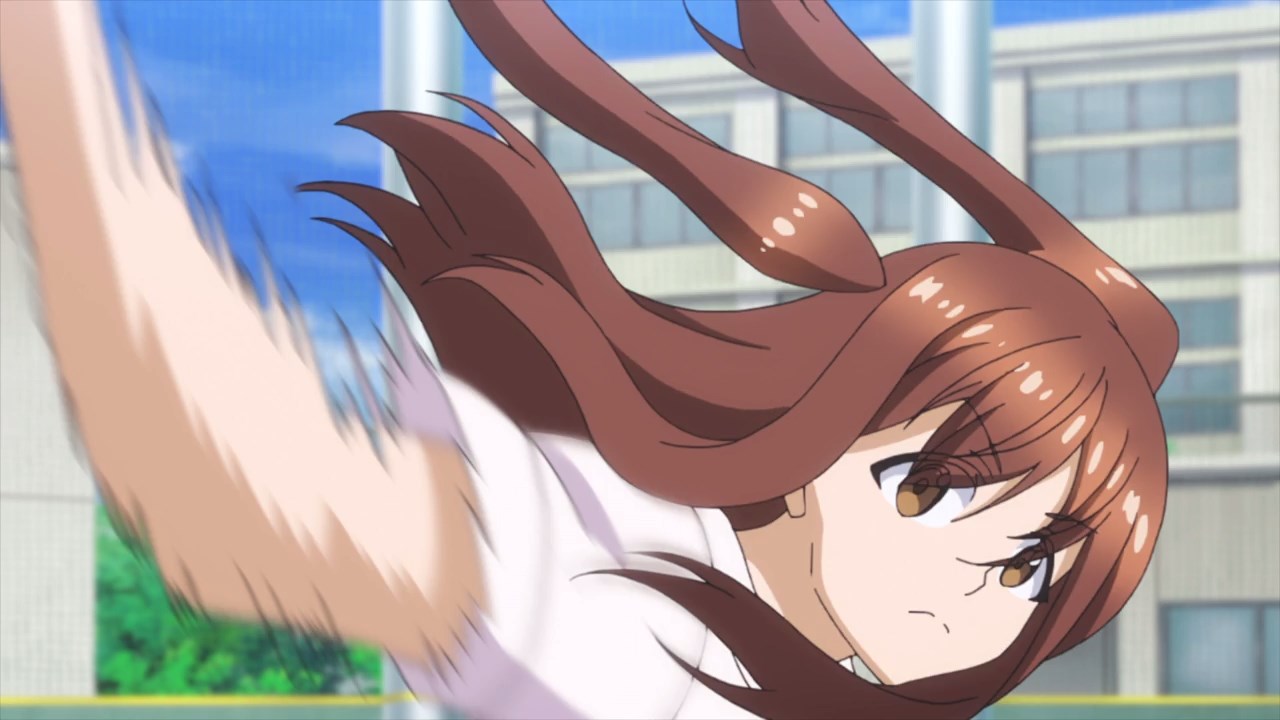 So with one ball and two strikes, Yomi decides to strike Rei out with her special pitch. 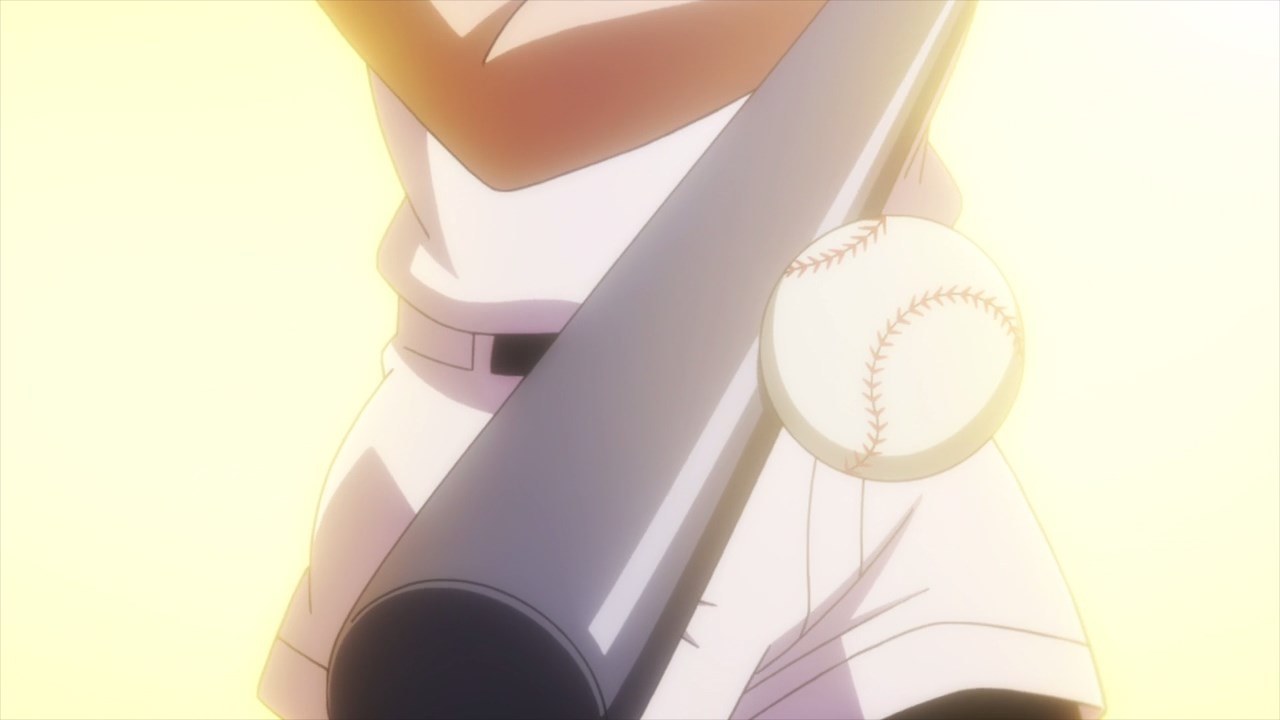 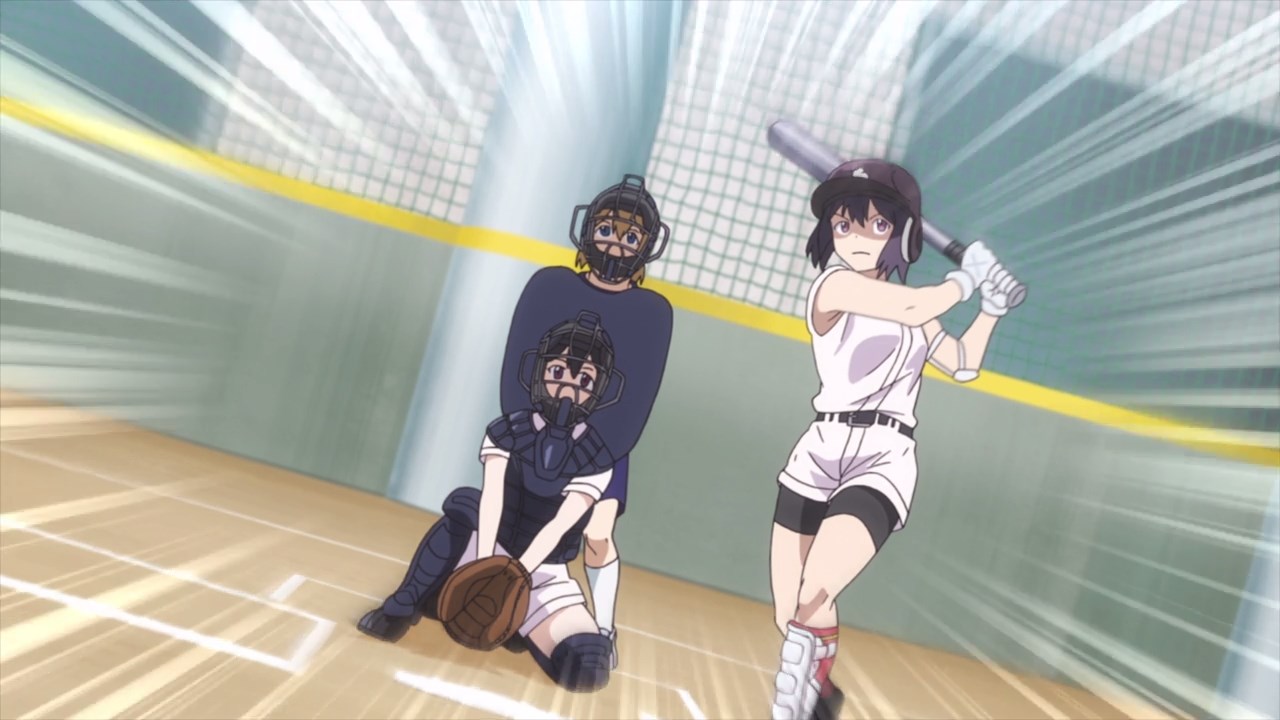 But then again, it appears that Rei managed to hit Yomi’s pitch as she sends the ball towards the center field. 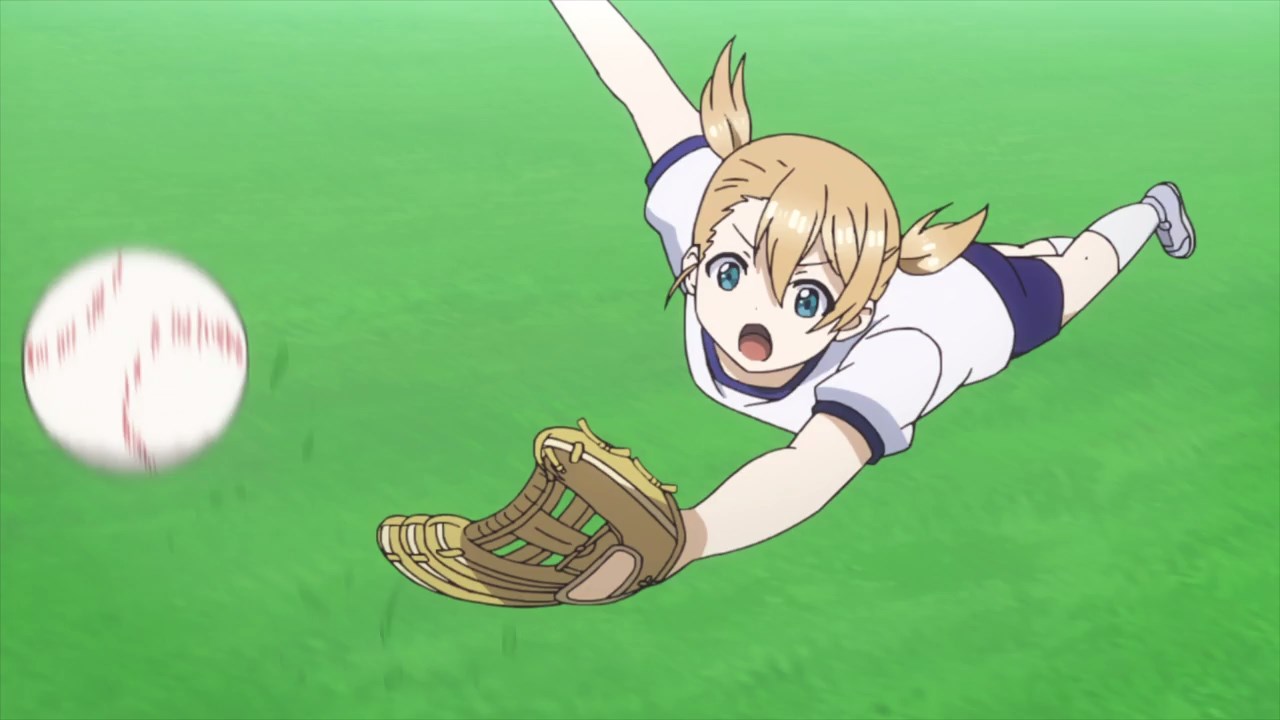 And while Ibuki Kawaguchi tries to catch the ball, it appears that she couldn’t reach her gloves as it land towards the center field.

Basically, Rei Okada scored a hit which means that she won over Yomi Takeda. Had this been a real game, Rei might score a run. 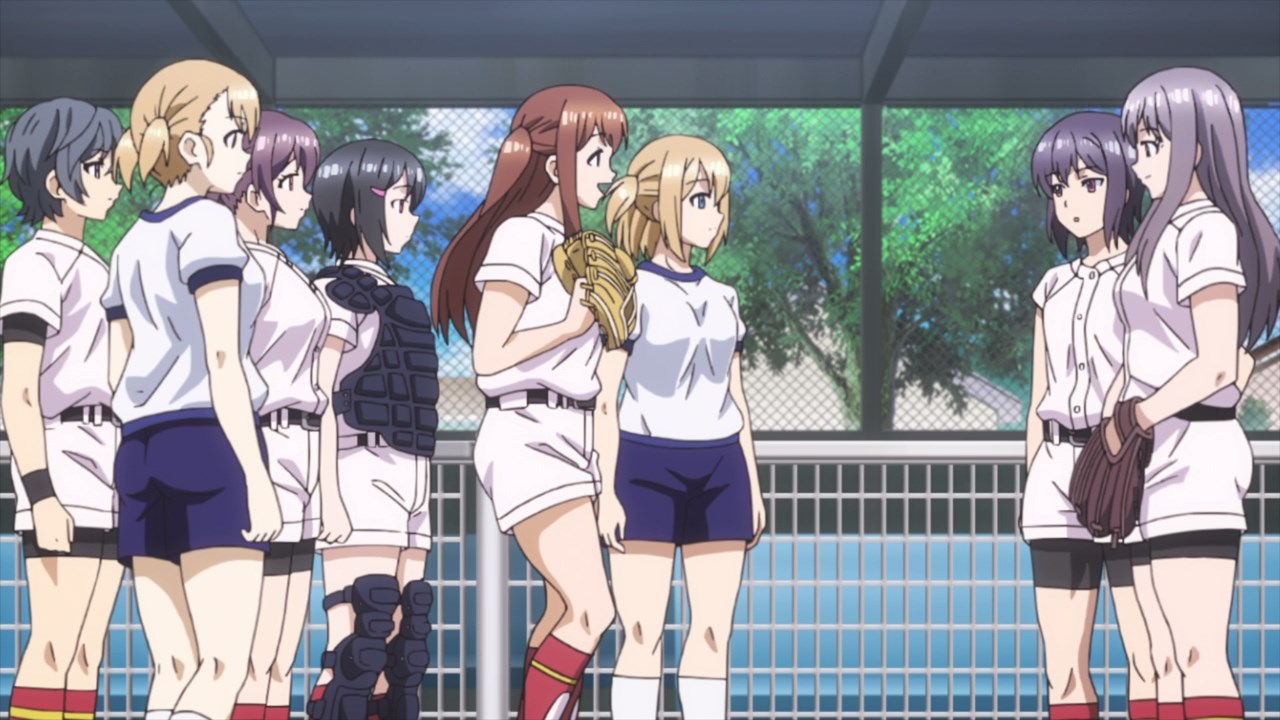 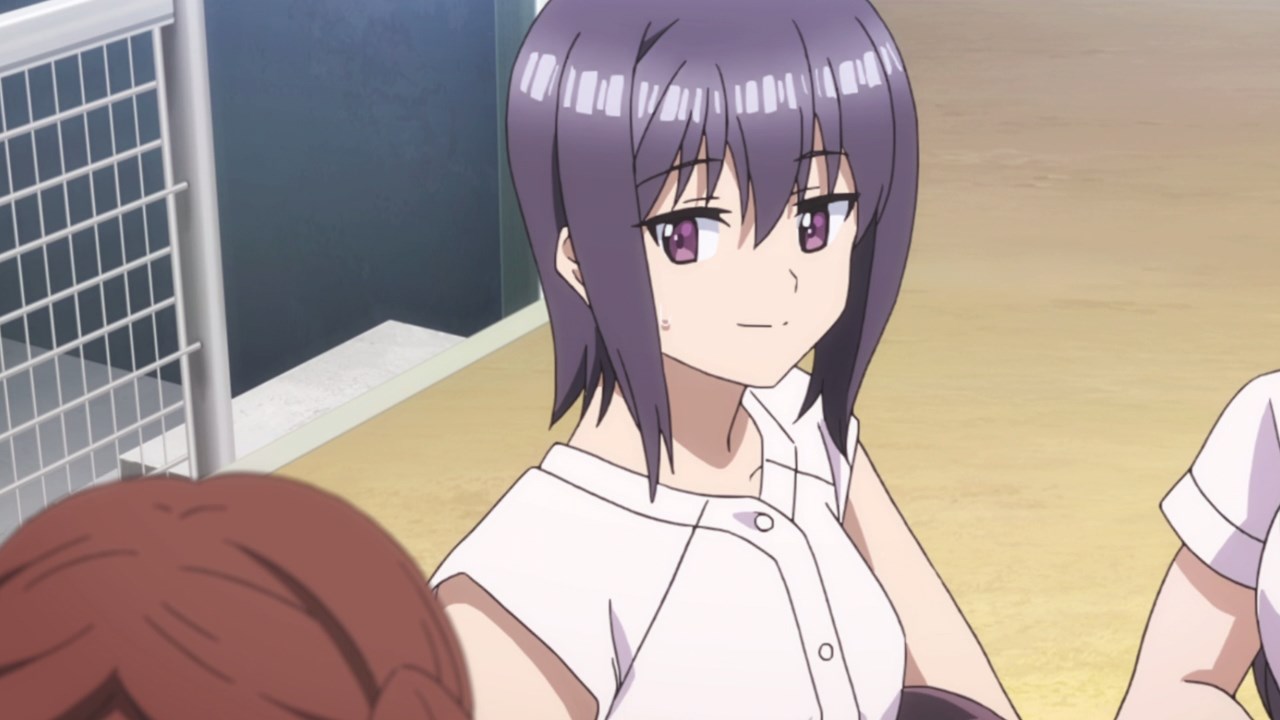 In any case, looks like the 2nd year students decided to join the girls’ baseball club, meaning that it now has 7 players and a manager. Of course, they need a club advisor/coach. 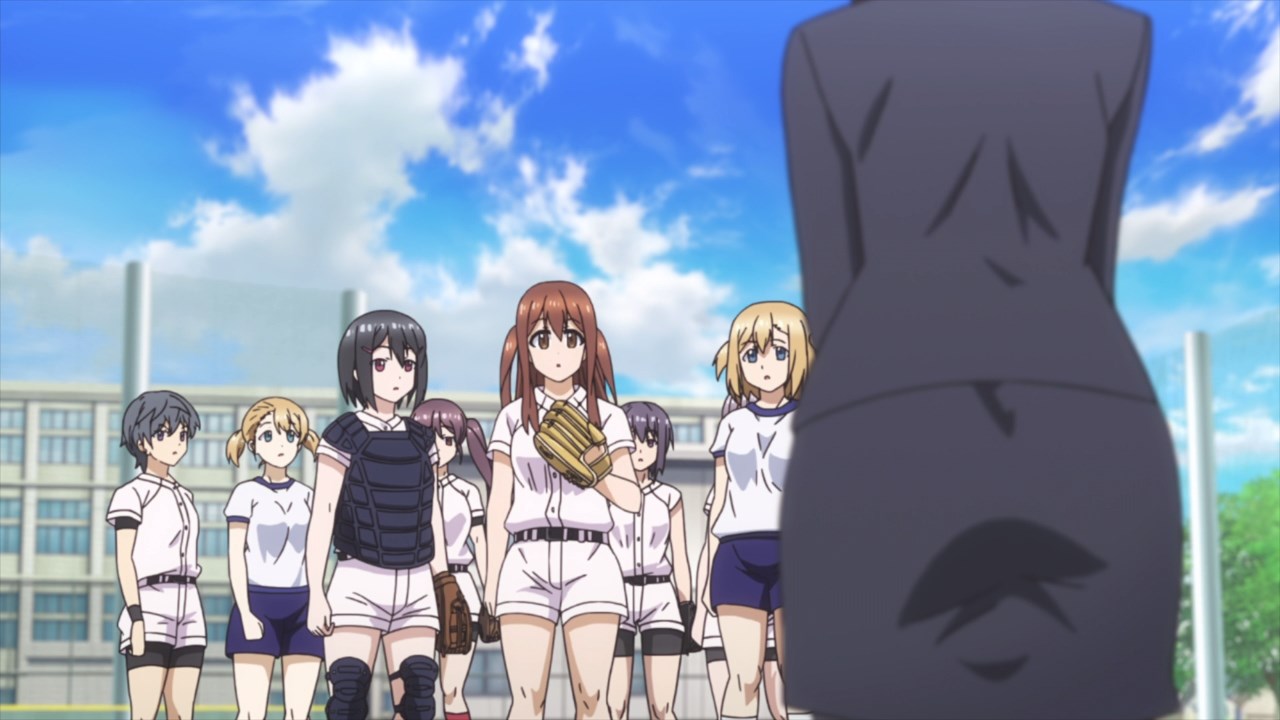 Fortunately, someone stepped in to take the role as the advisor/coach of the girls’ baseball club. 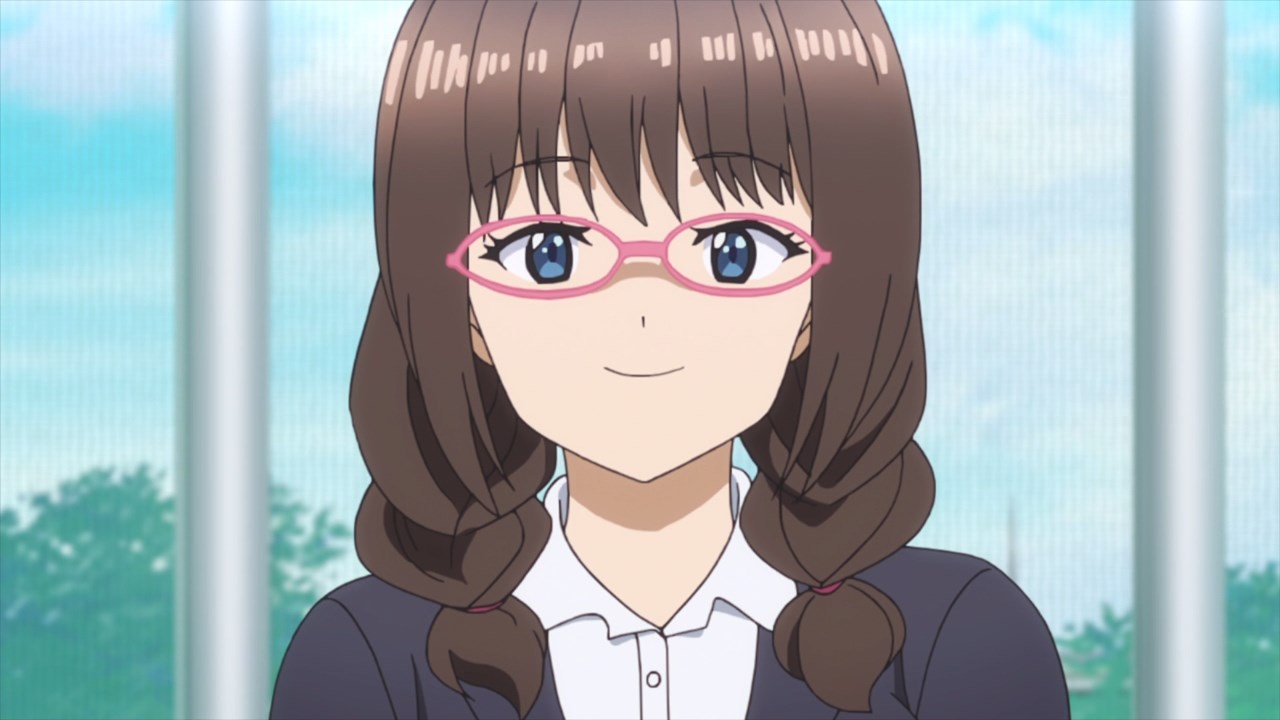 This is Kyouka Fujii and she’ll be joining the club as advisor/coach. Then again, I wonder if she can turn these girls into battle-hardened players for the national tournament?

Anyways, we’ll find that out next time as the girls’ baseball club needs more members.