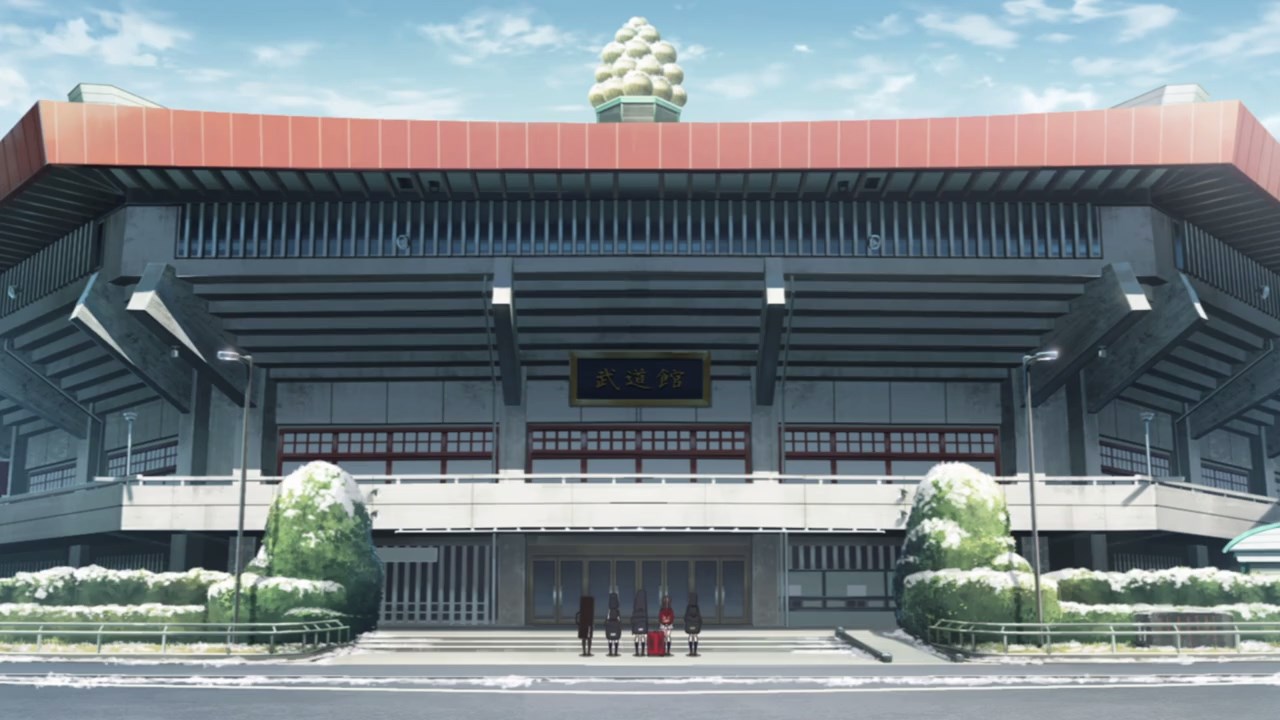 Well everyone, this is the final episode of BanG Dream! Season 3 as all 3 girls bands have arrived at the historic arena for one final showdown! 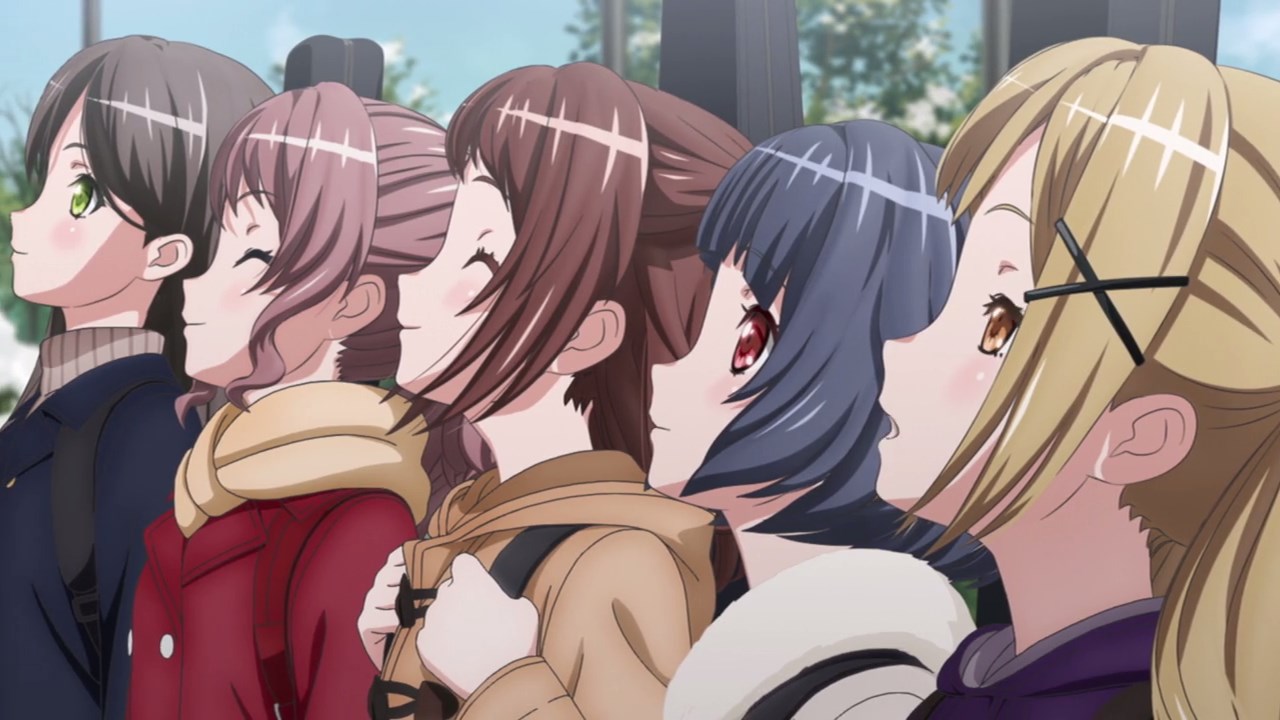 For Poppin’ Party, this is a dream come true and it’s been a long time coming ever since Kasumi Toyama discovered rock upon taking the Random Star from Arisa Ichigaya’s storage room. And really, they didn’t look back as PoPiPa moved forward! 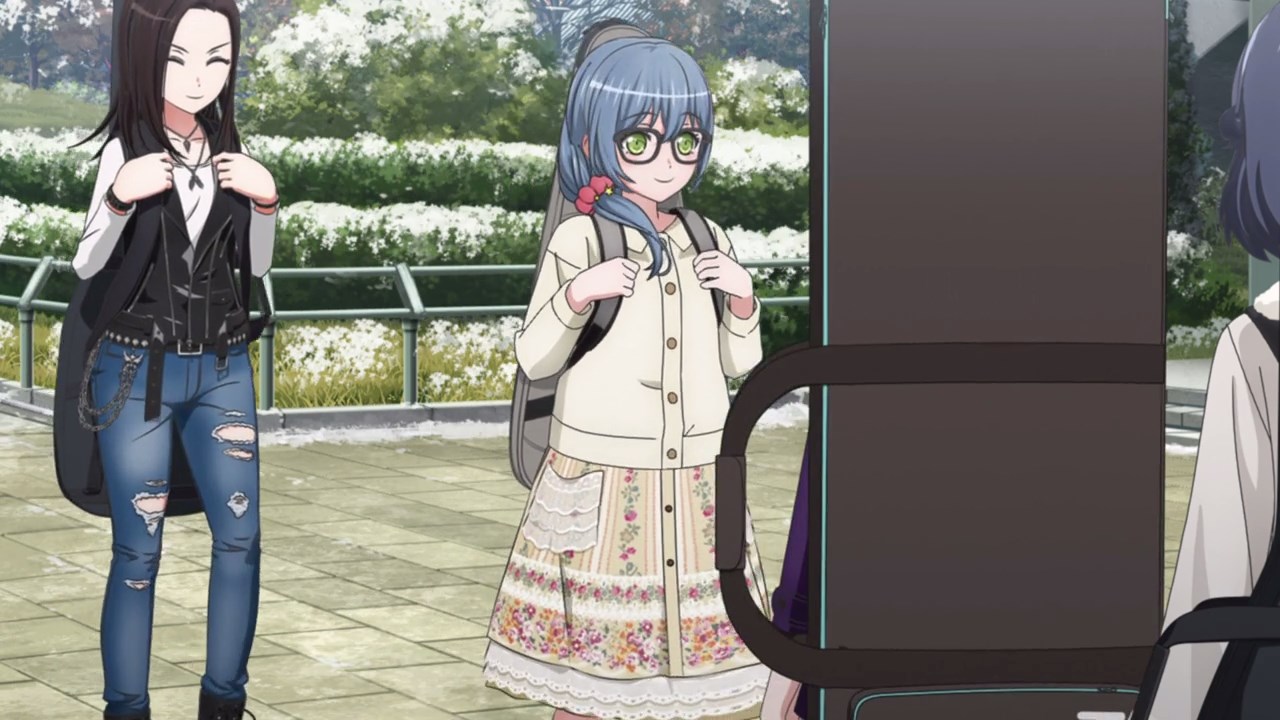 Oh yeah, here’s RAISE A SUILEN where Chu2 and the rest are ready to set up their equipment and do one last practice before the big show. 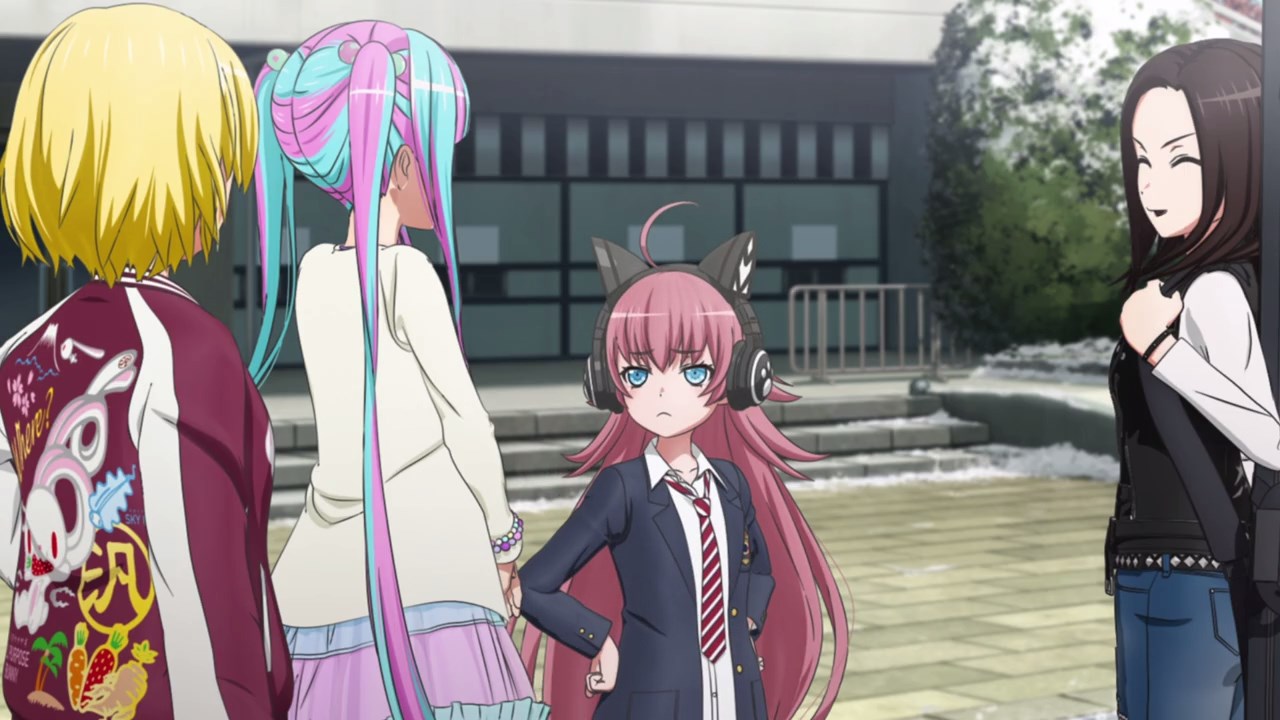 Of course, Chu2 wanted to win the competition but you know what, she also needs to enjoy jamming with the rest of RAS. 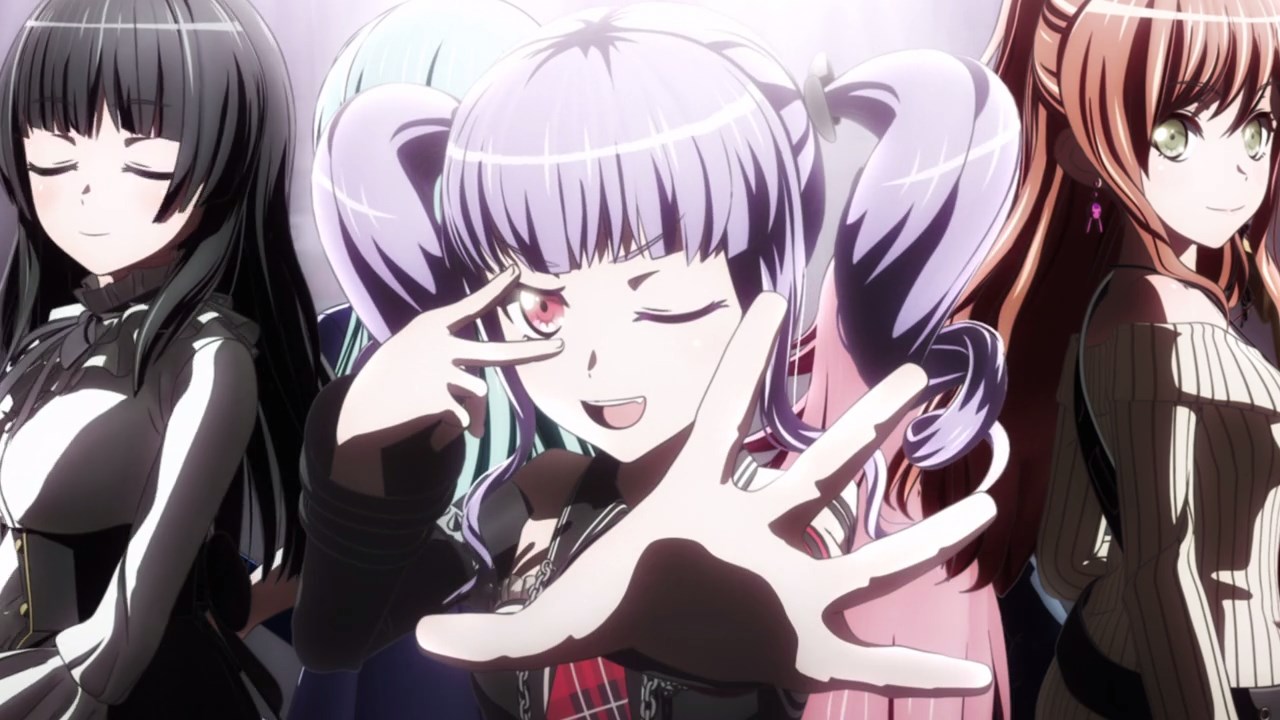 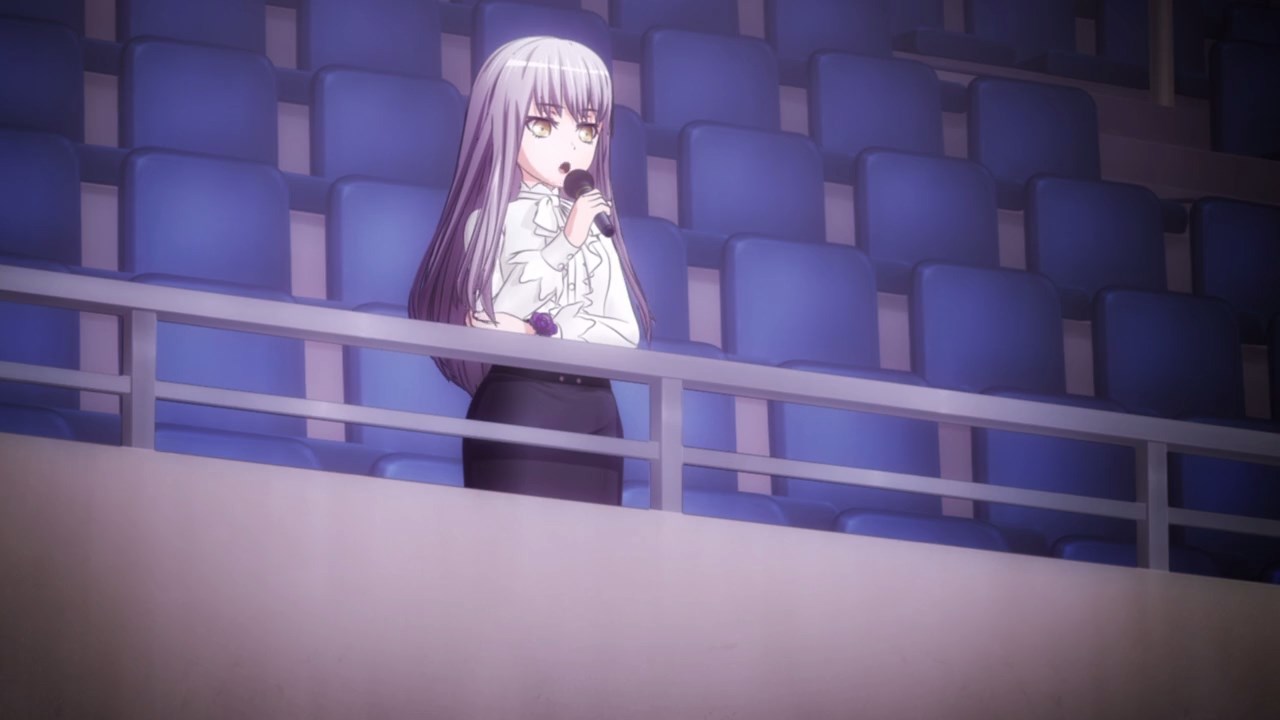 One last thing, here’s Roselia where they’re making final preparations such as placing their instruments on a spinning platform. C’mon, Yukina Minato and the rest are striving for perfection! 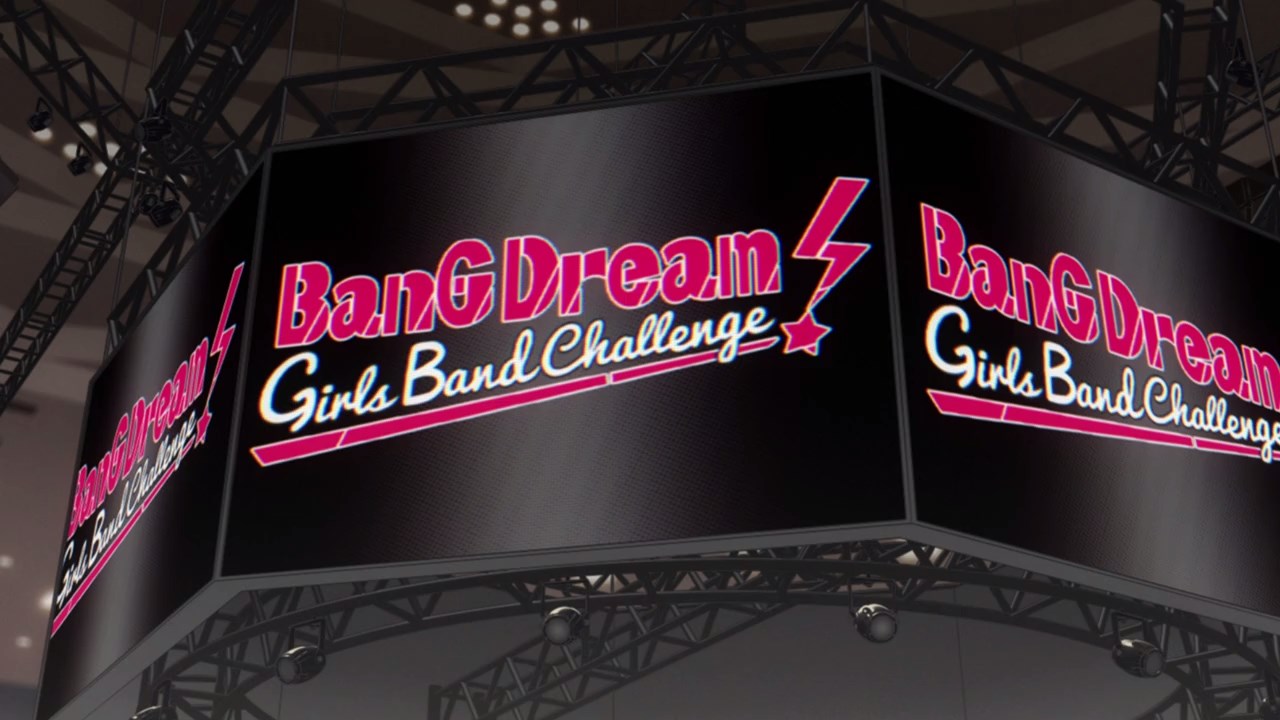 Anyways, the Budokan final has finally arrived as BanG Dream! Girls Band Challenge has reached its climax. Who will win this competition after so many weeks of hosting live gigs across Japan? 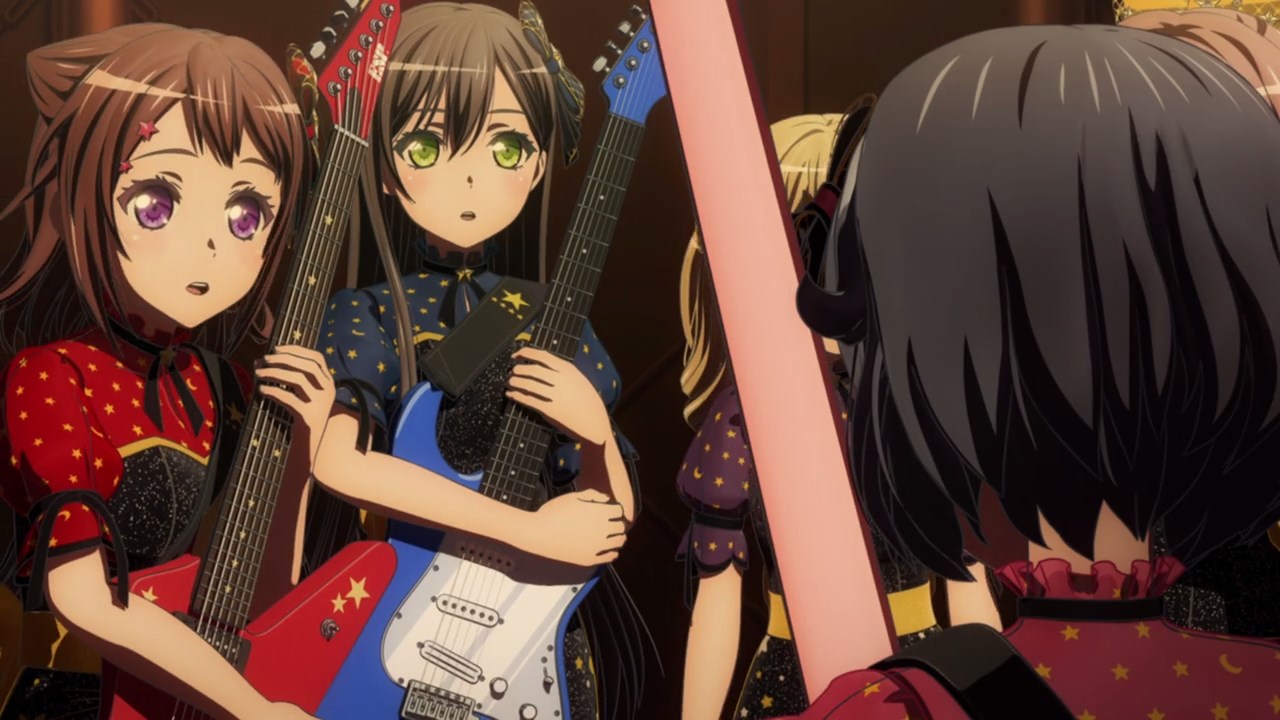 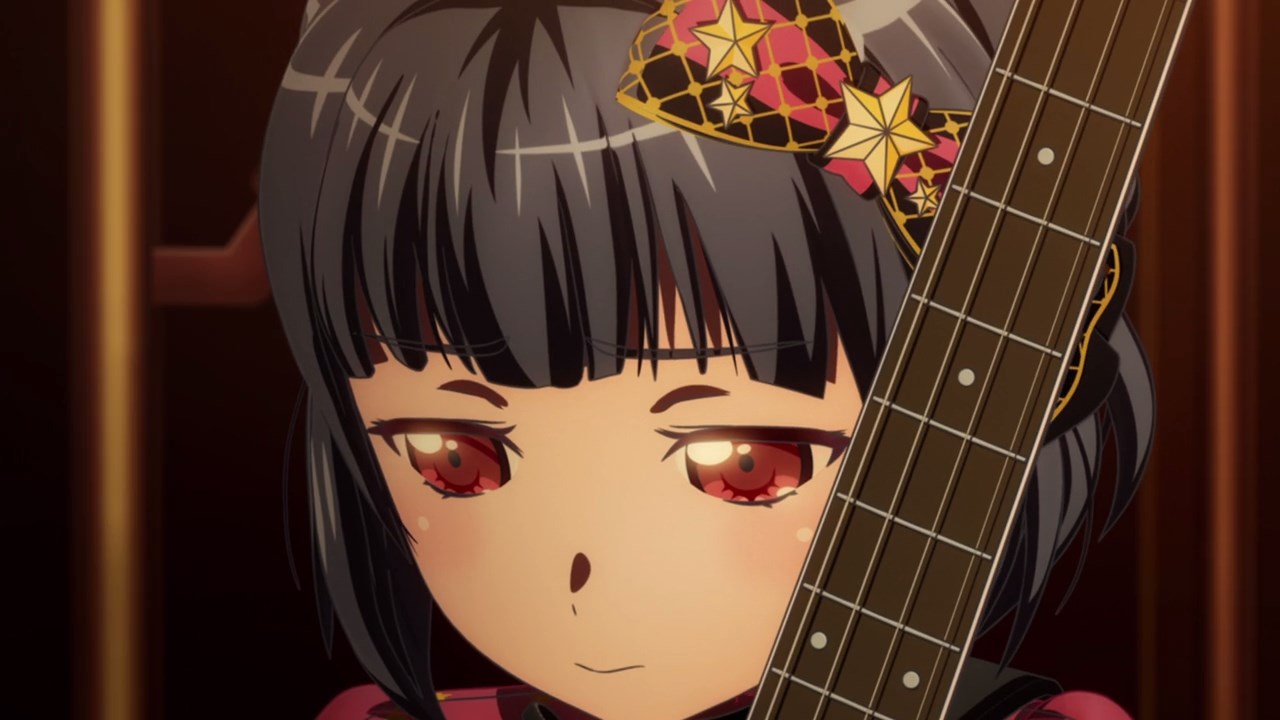 Then again, it appears that one girls band is not yet ready with Rimi Ushigome being worried that Poppin’ Party will break up after the competition.

You know something, I don’t think their journey will end at the Budokan as they still have time to perform live. 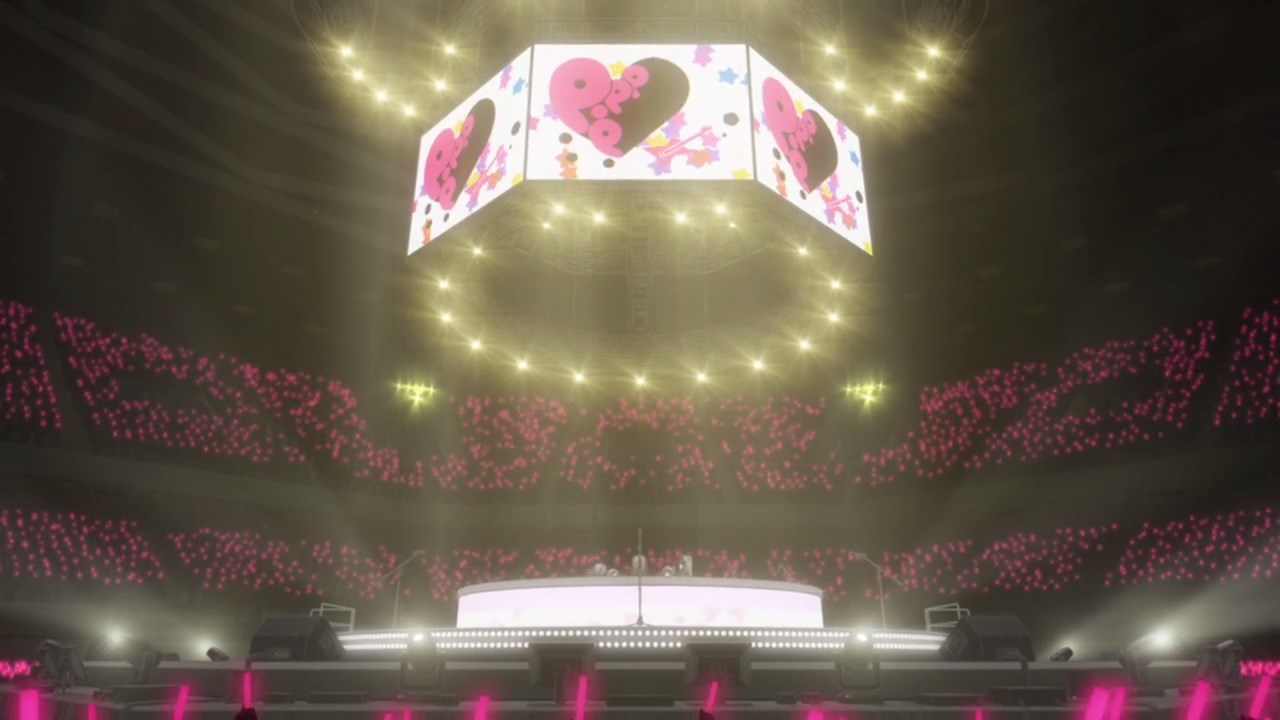 Anyways, time for the competition to begin as Poppin’ Party performs their latest song, “Mirai Train”! 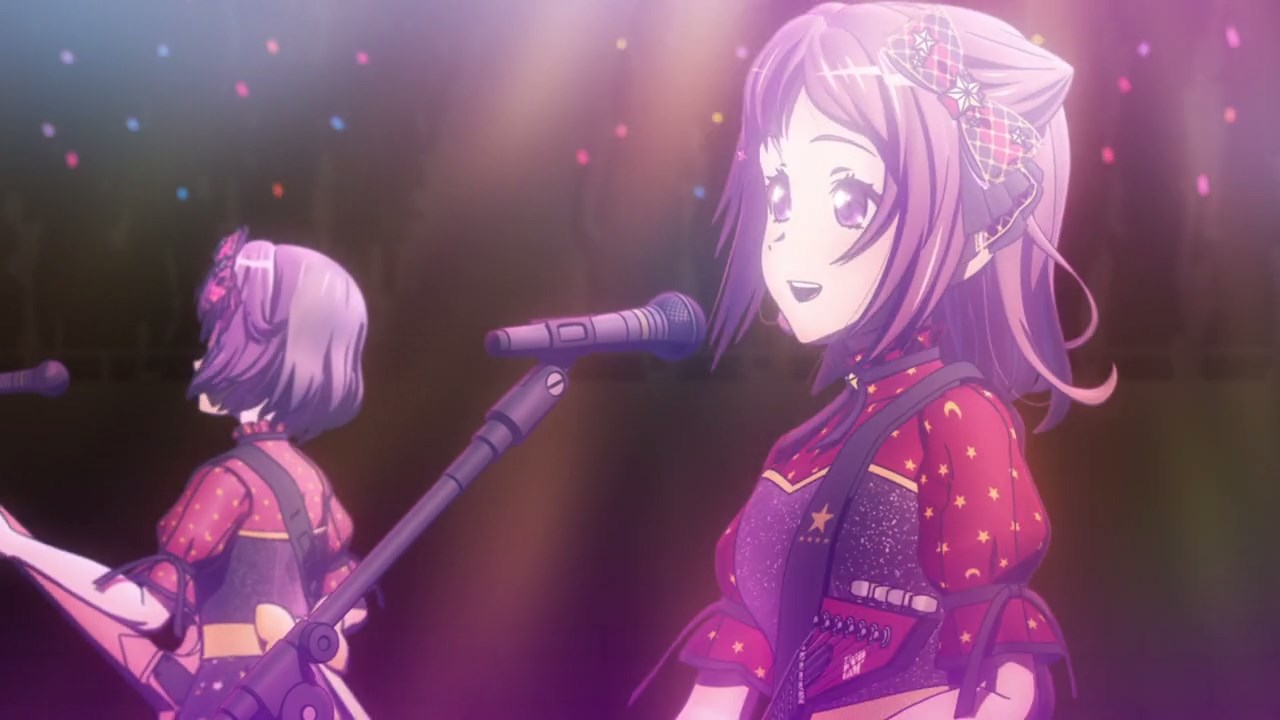 Honestly, their song is quite nice to hear as everyone helped Arisa Ichigaya on finishing this composition. Even though their song is wonderful, PoPiPa will have to fight against both RAISE A SUILEN and Roselia. 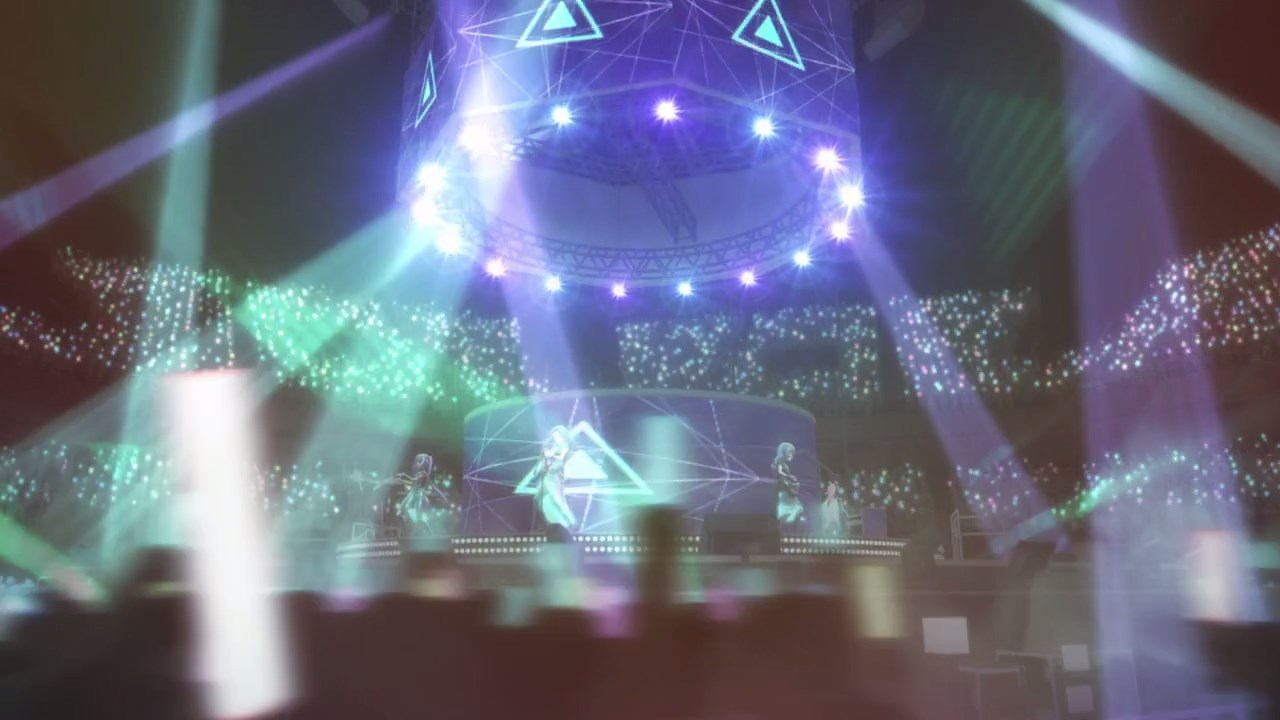 Speaking of RAISE A SUILEN, they’re up as Layer and the rest performed “Beautiful Birthday”. 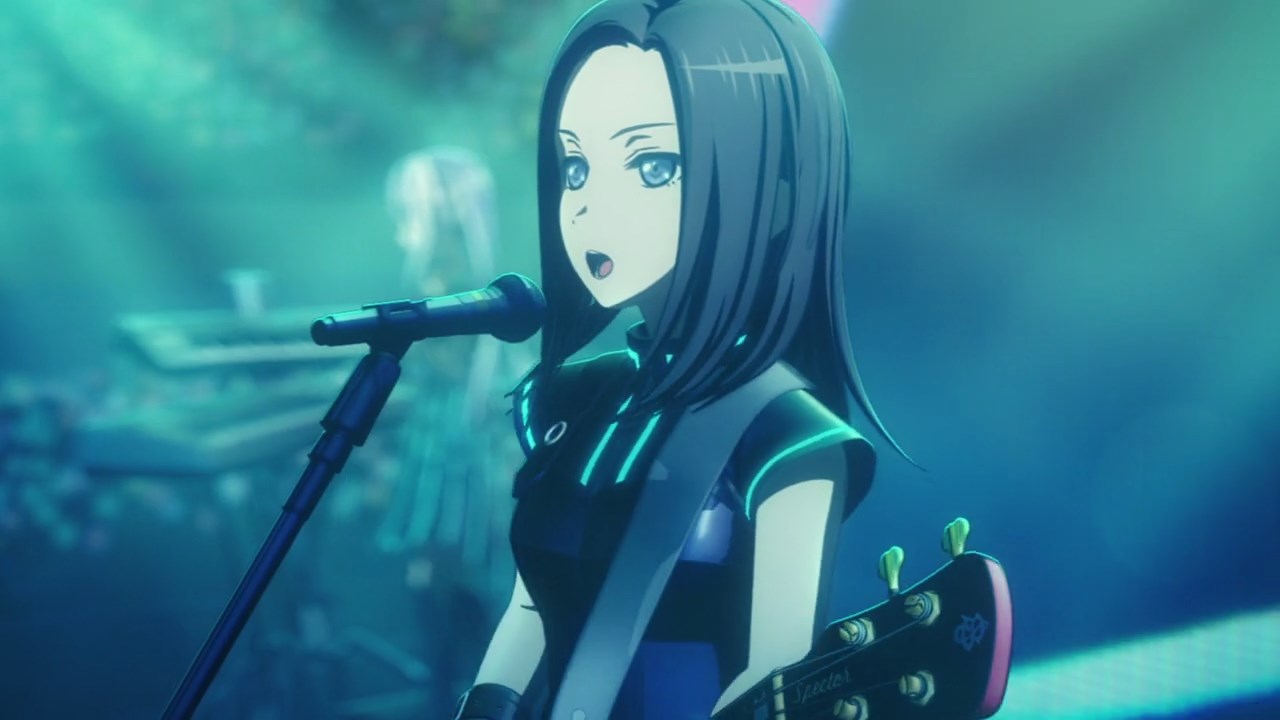 Now while their discography is amazing with “R.I.O.T” and “EXPOSE ‘Burn out!!!'”, “Beautiful Birthday” is my favorite song from RAS! 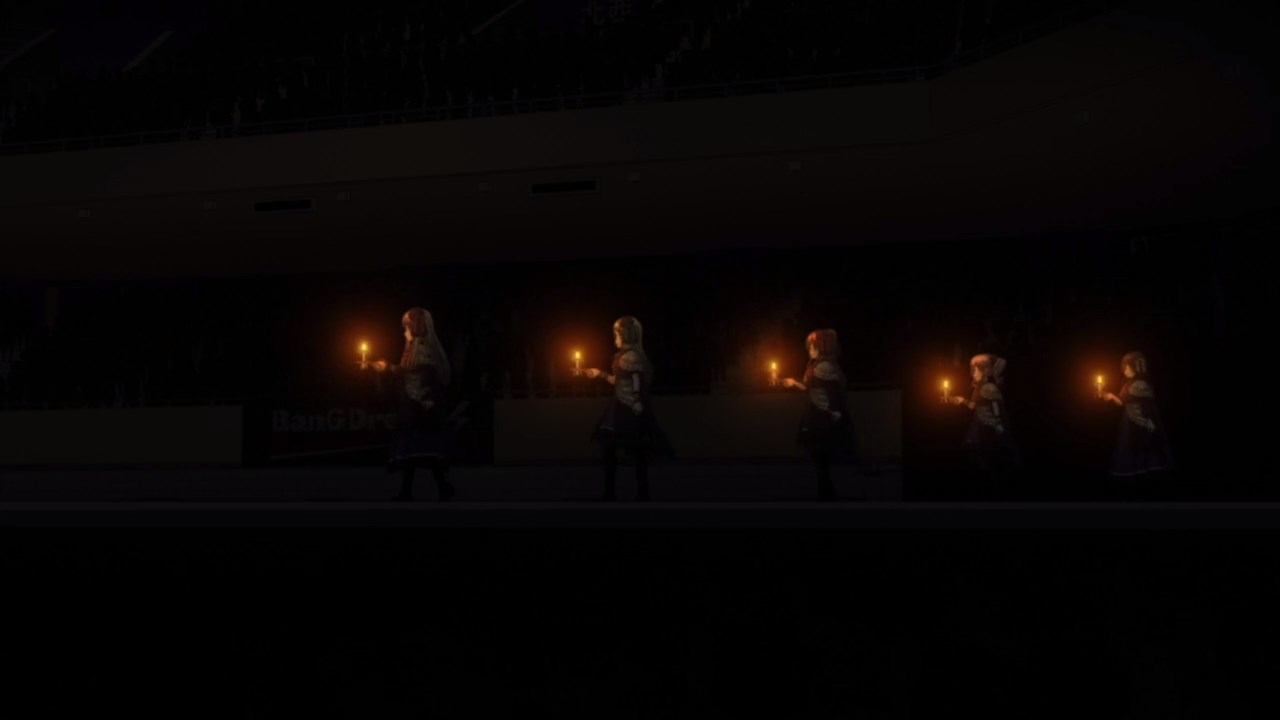 And lastly, there’s Roselia as they went to the stage while holding their candles. Pretty classy from Yukina Minato and the rest! 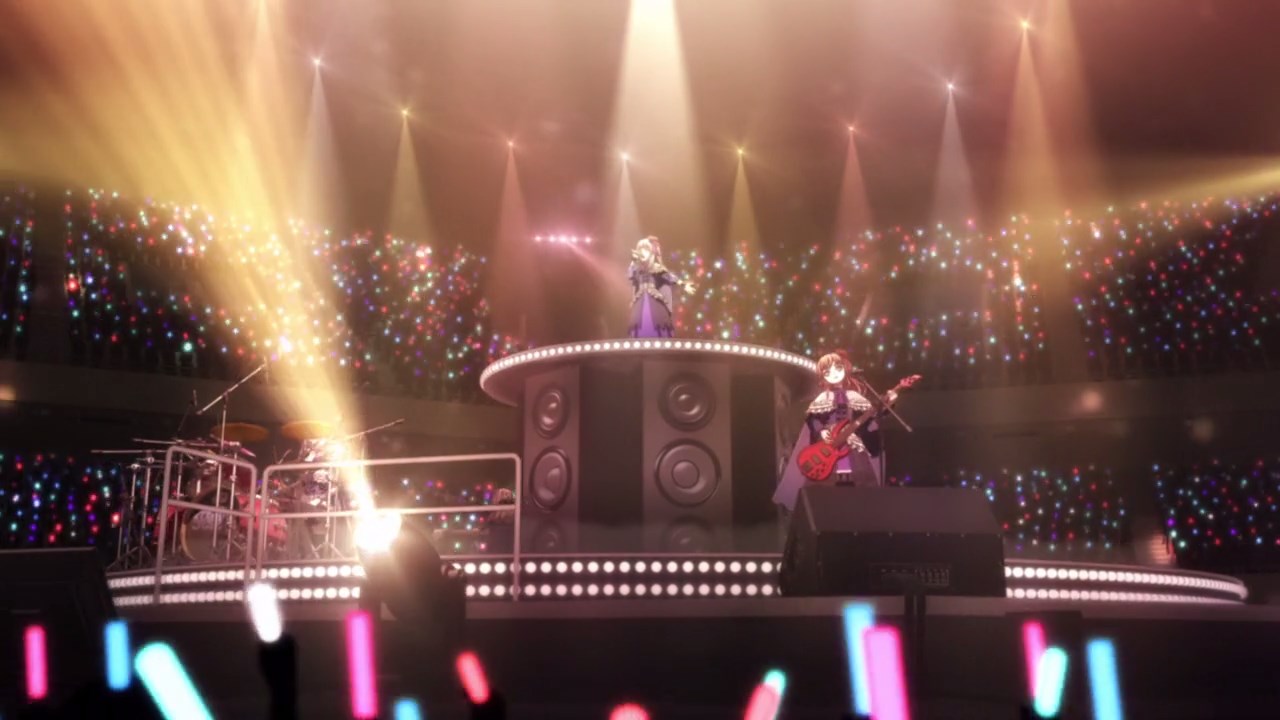 But once the candles are out, they got very serious as Roselia performed “Avant-garde HISTORY”. 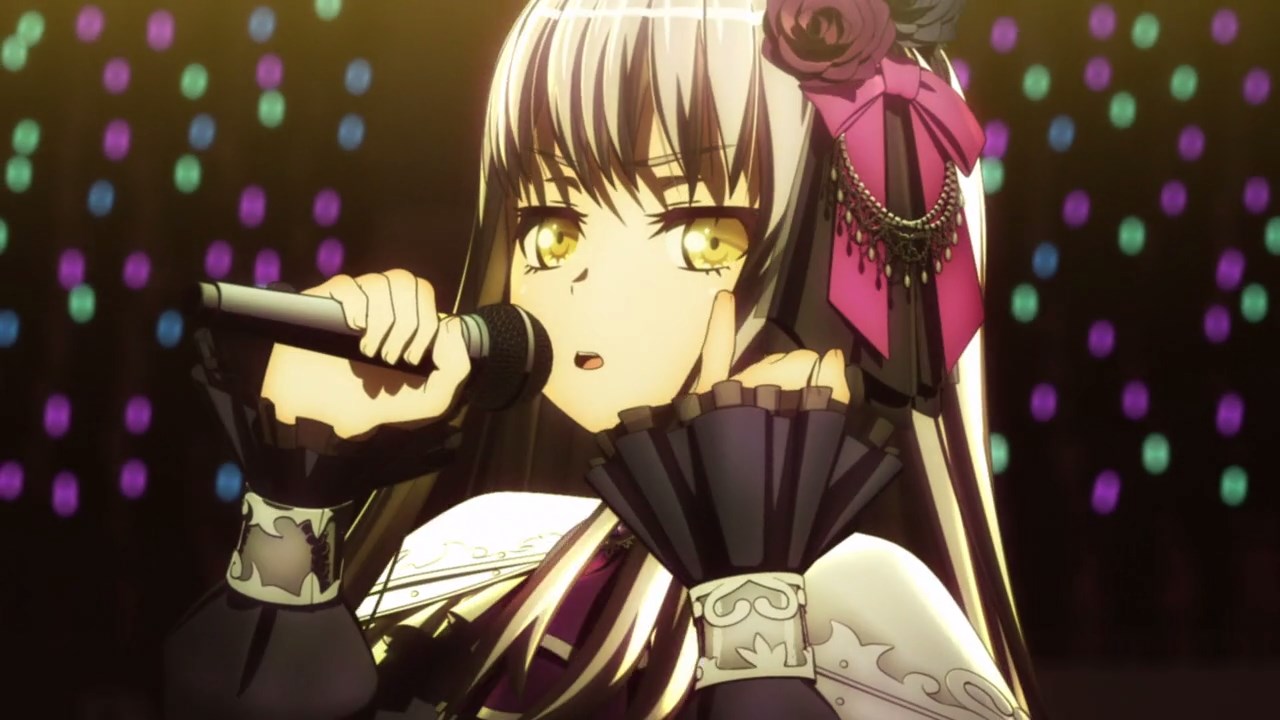 Gotta say that they deserved to be the favorites on this competition as Roselia is the most-hyped girls band ever! And with that, the live performance is over. 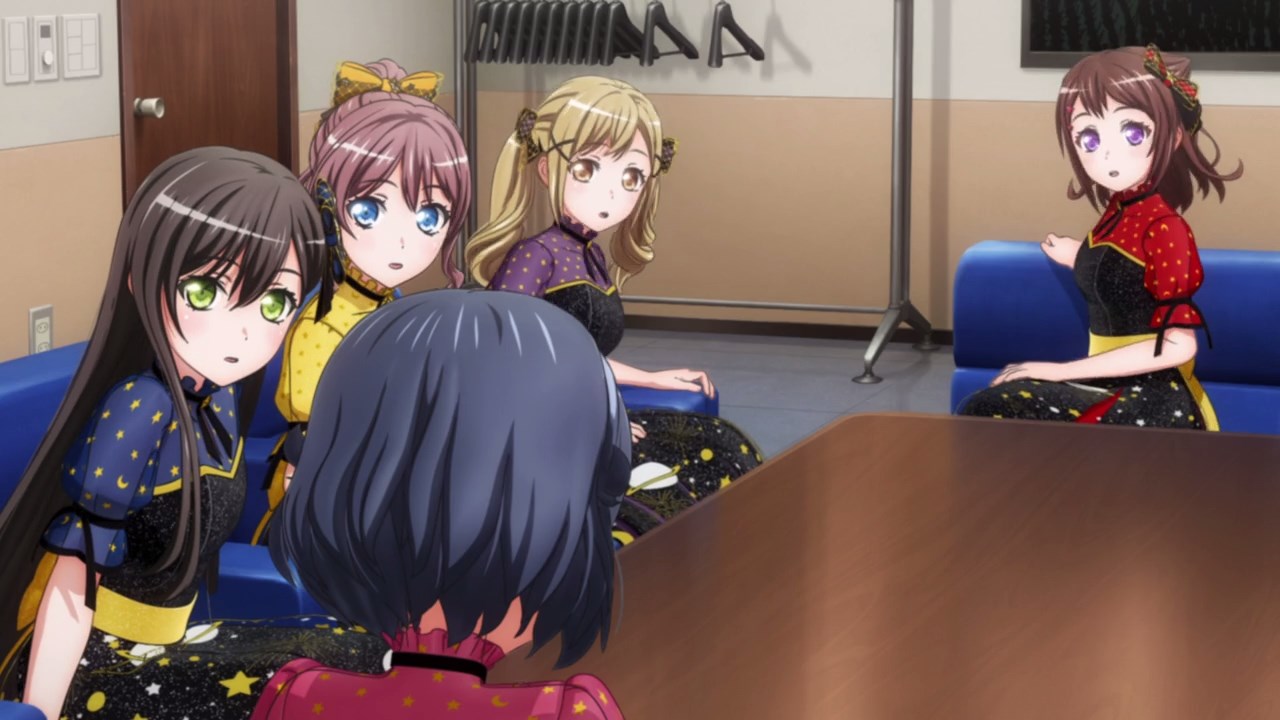 Meanwhile, looks like Rimi Ushigome wants to tell something important to her band-mates. 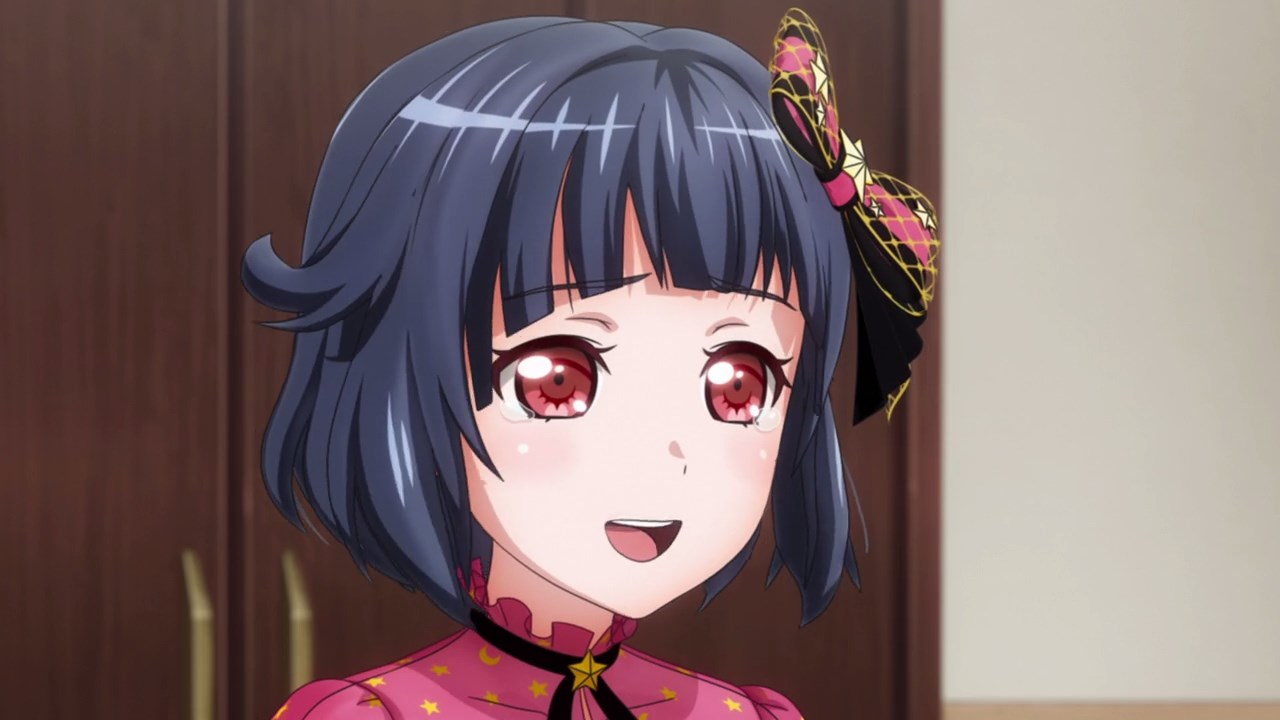 Turns out that she had so much fun performing with Kasumi Toyama and the rest of Poppin’ Party. Man, I thought Rimi-rin will tell everyone not to disband PoPiPa.

C’mon, that’s silly from her ’cause Poppin’ Party will continue to jam after BanG Dream! Girls Band Challenge! 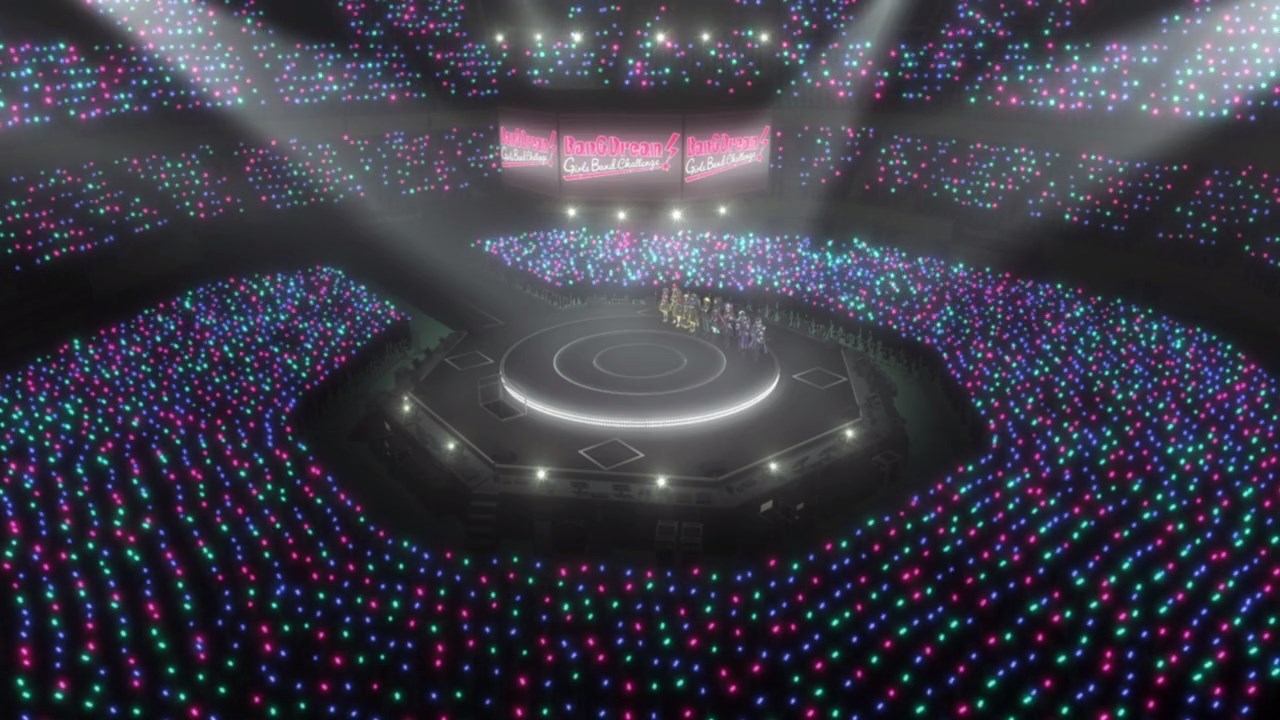 Now then, it’s time to find out who will take the win at BanG Dream! Girls Band Challenge. But first, time to introduce the presenter… 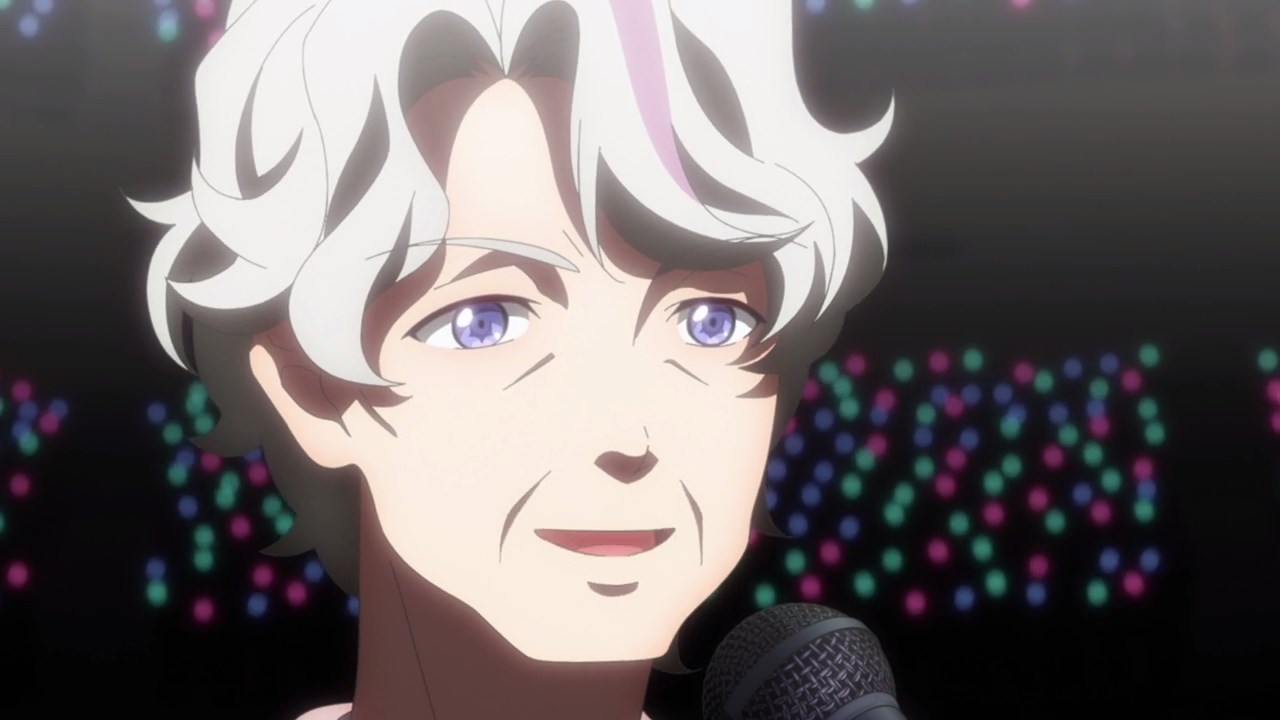 …which turned out to be Shifuna Tsuzuki as she’s impressed by the performance of all 3 girls bands. However, Shifuna-san told everyone that there will only be one girls band who will take the competition. 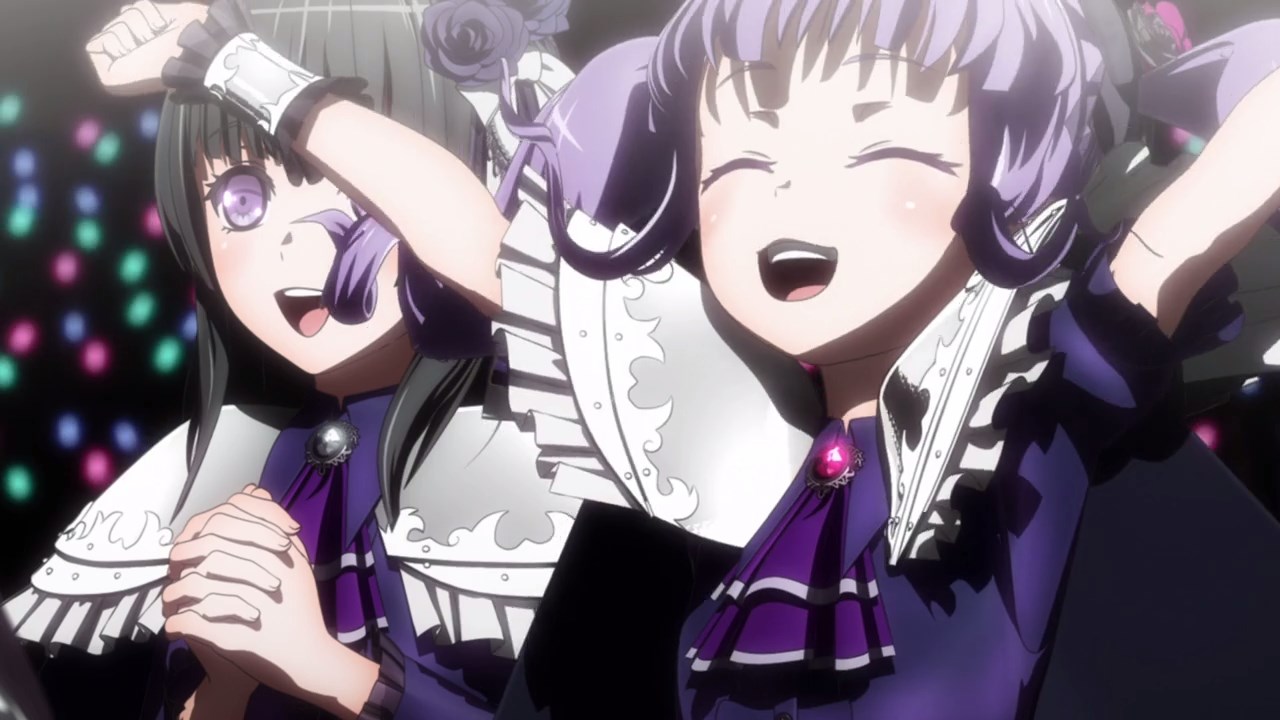 Anyways, the winner of BanG Dream! Girls Band Challenge is Roselia as Ako Udagawa and Rinko Shirokane are happy that they won! 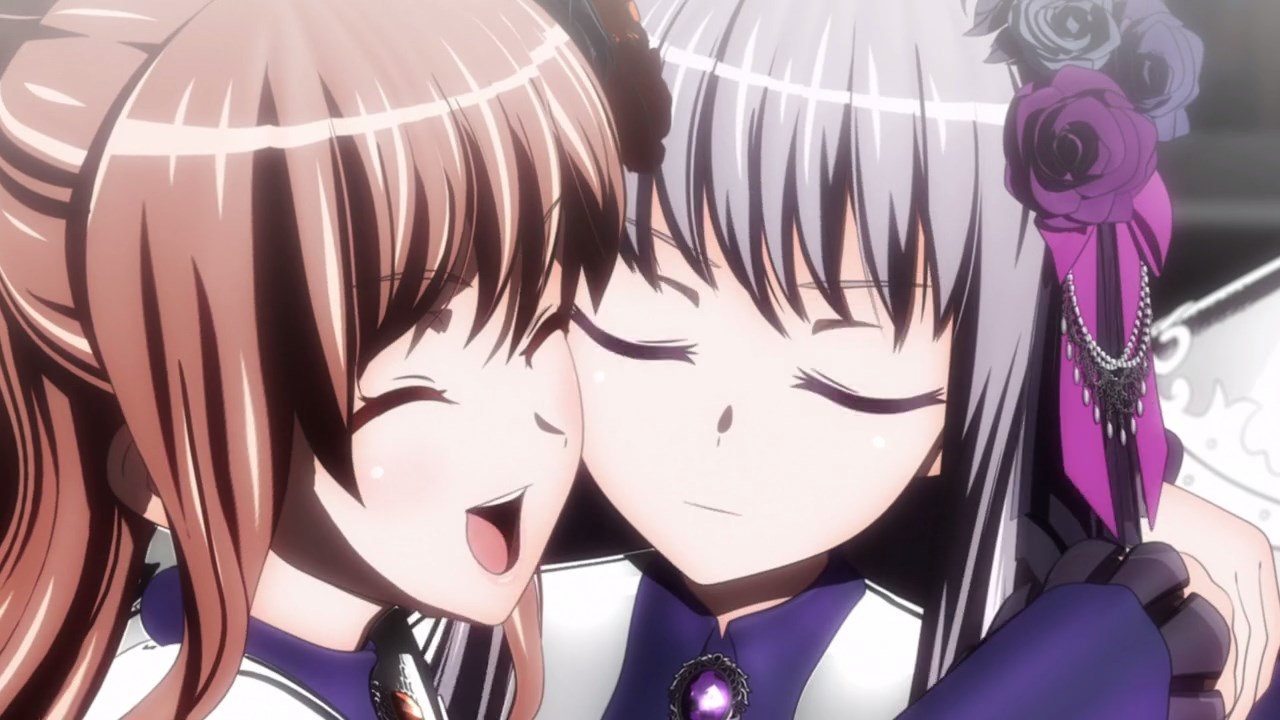 As expected from Roselia, they’re the favorites to win the competition so congratulations to Yukina Minato and the rest.

But wait, you think that the awards ceremony is over? Wait till Tsuzuki announced more winners! 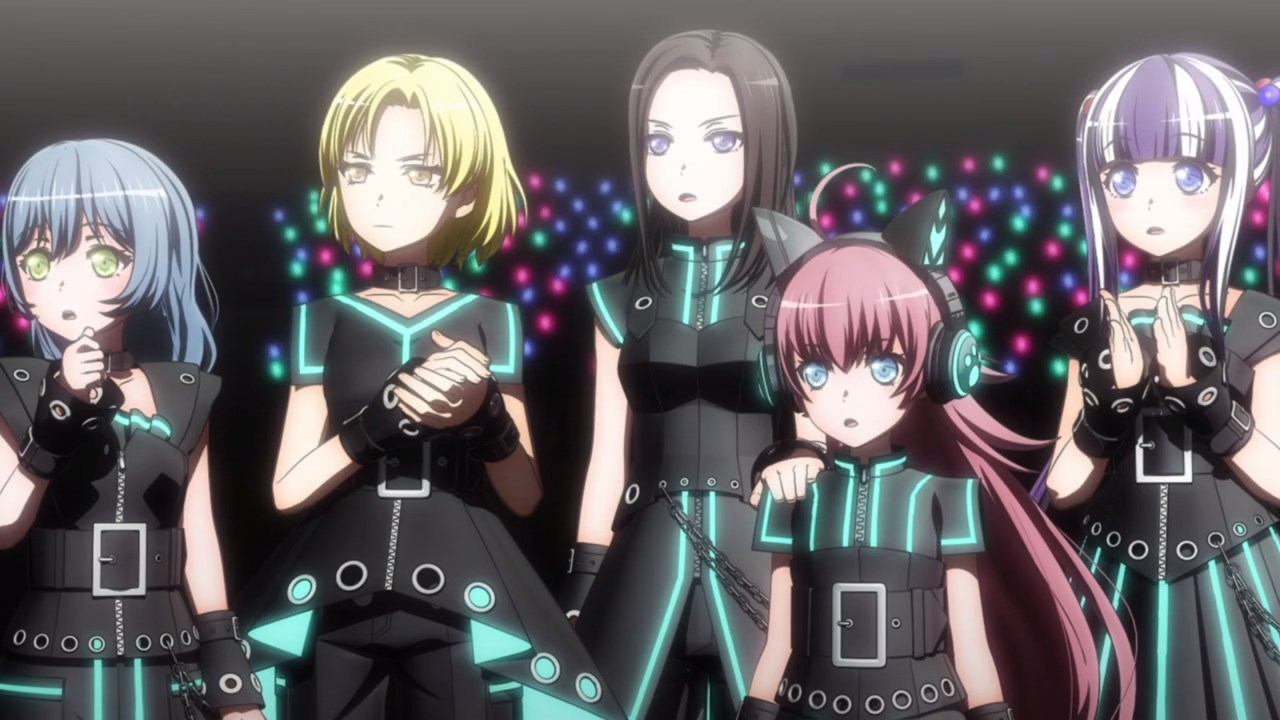 For Best Performance, it’s RAISE A SUILEN where Chu2 and the rest are surprised that they won something. I mean, “Beautiful Birthday” was amazing! 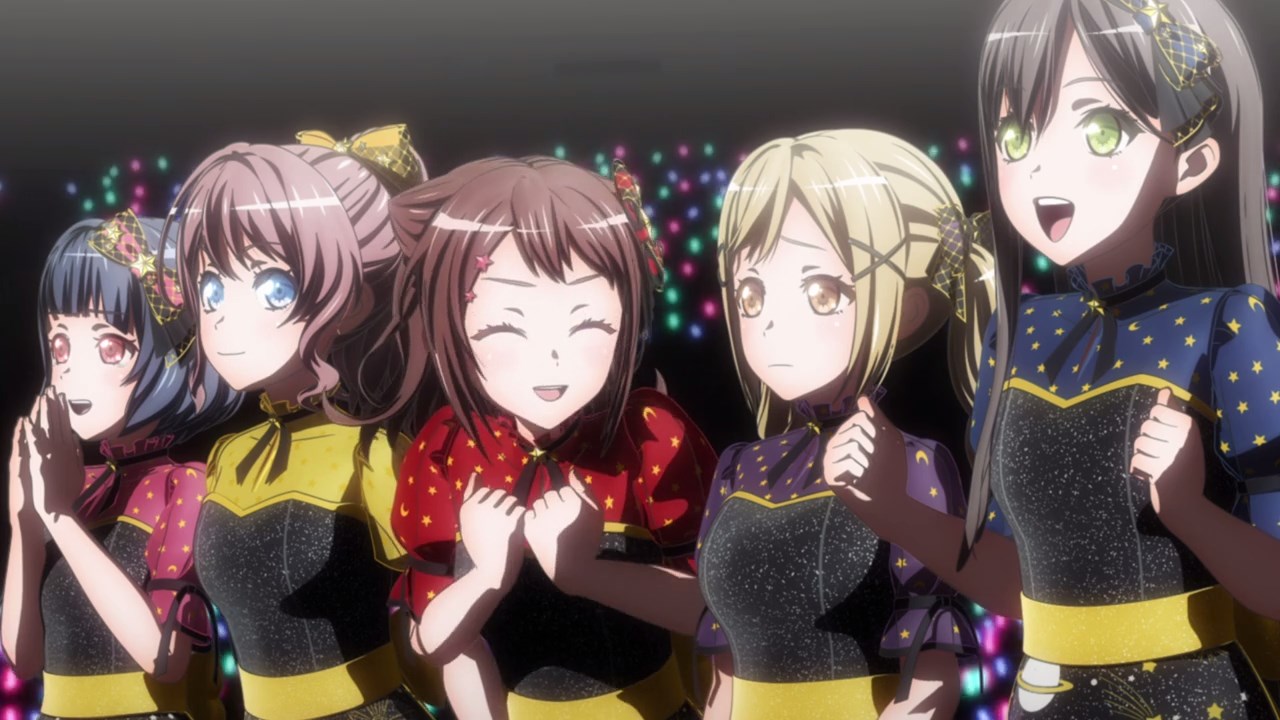 And for Best Band, it’s Poppin’ Party as they’re the most popular band during the competition, especially when PoPiPa performed at various venues in the span of 3 weeks.

So in a nutshell, everybody wins and Shifuna Tsuzuki hand out awards like Oprah Winfrey! 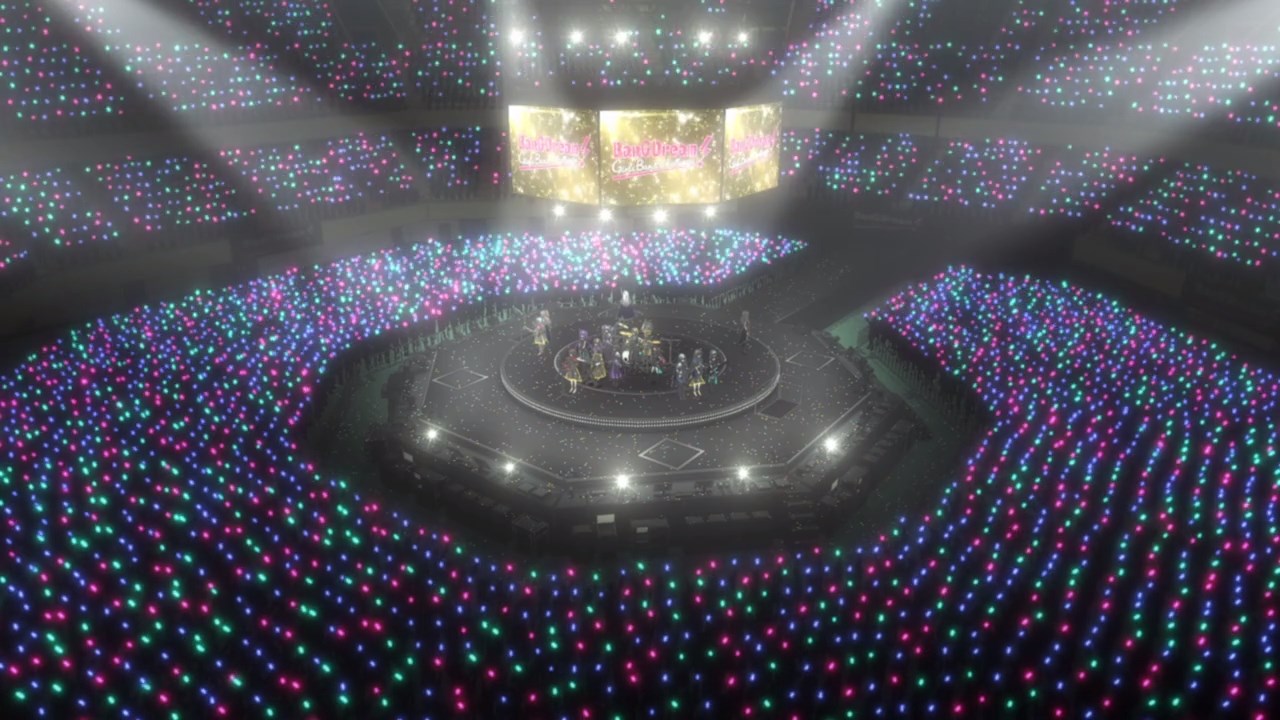 And that’s the end of BanG Dream! Girls Band Challenge but of course, there’s more to come ’cause there’s an encore performance! 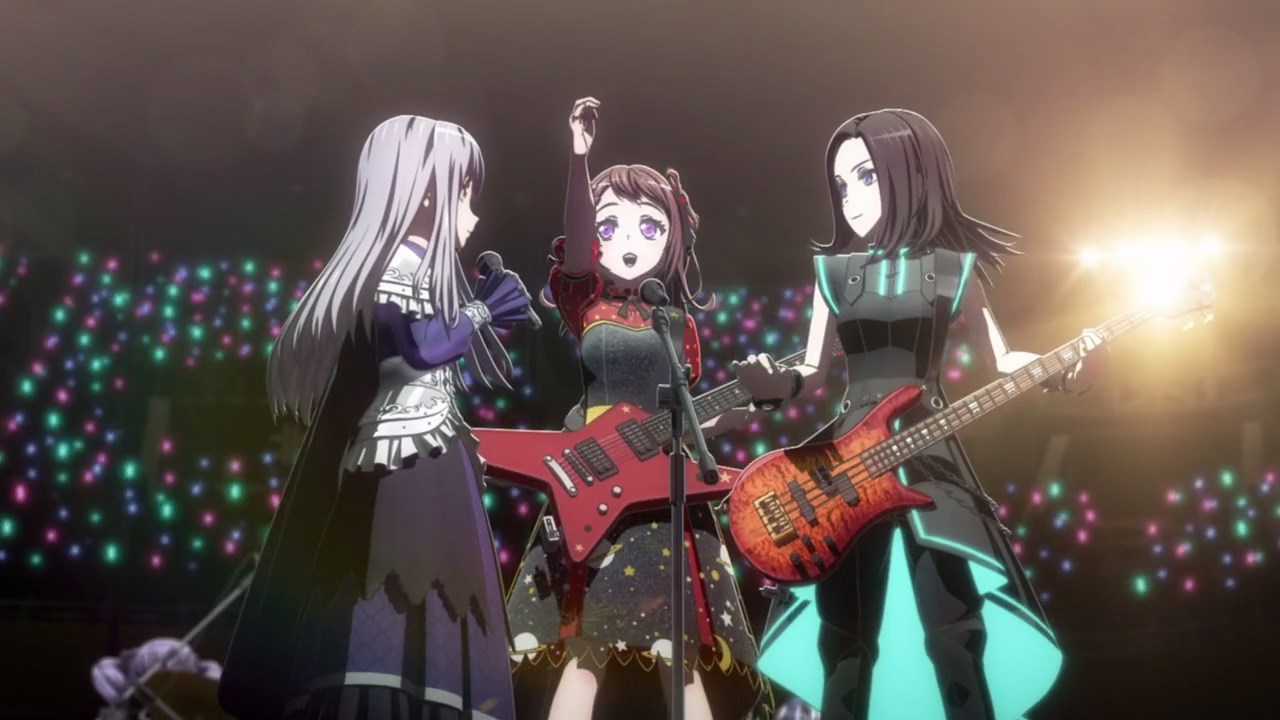 C’mon, all 3 bands have banded together to make an epic collaboration… by singing “Yume wo Uchinuku Shunkan ni!”, the ending theme for BanG Dream! Season 3. 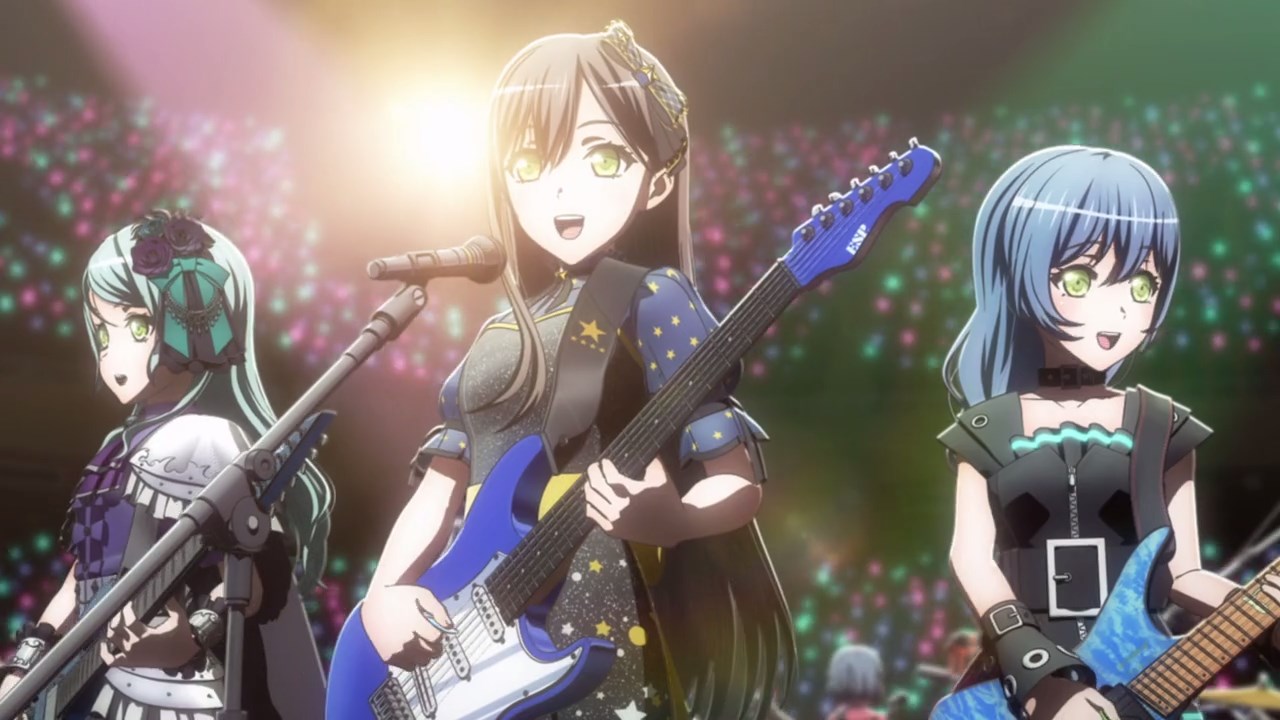 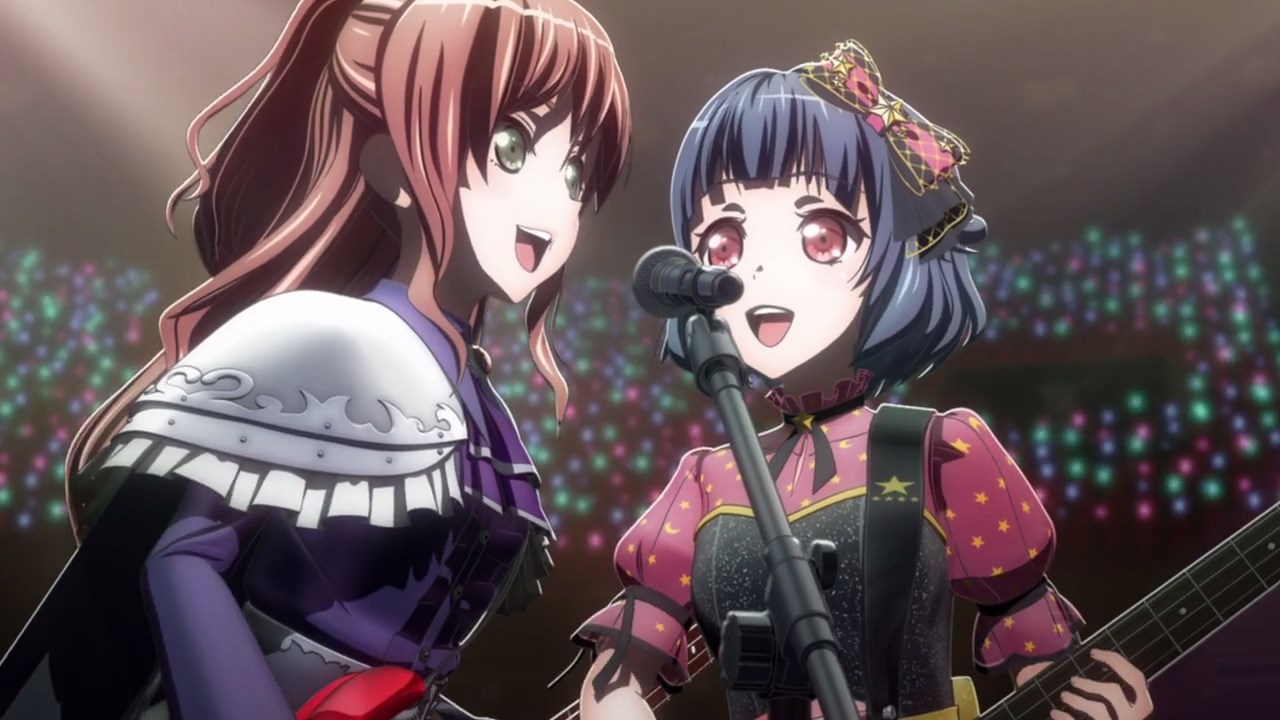 And seriously, it’s the greatest thing to end this wonderful season as PoPiPa, Roselia, and RAS are here to entertain you all. Now if only there’s a version where Afterglow, Pastel*Palettes, and Hello, Happy World! joined too! 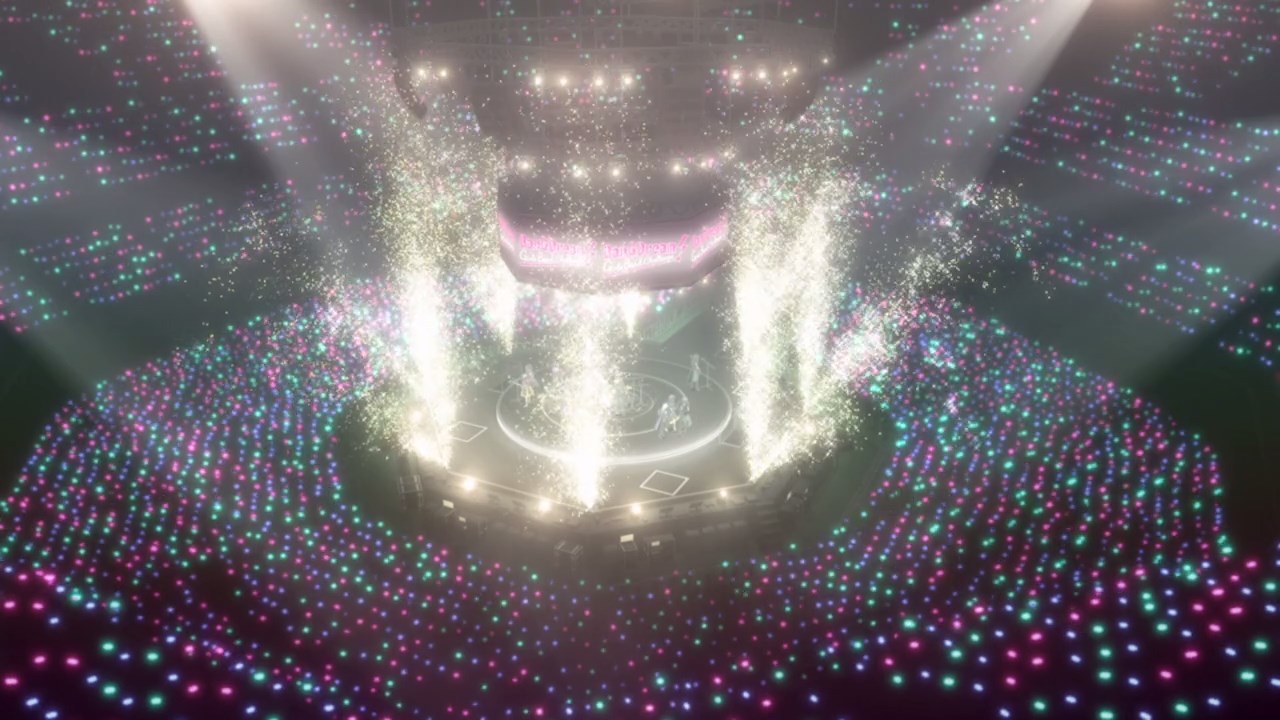 But that concludes the 3rd season of BanG Dream! and I have to say that it’s nice to see the progression of RAISE A SUILEN since Rokka Asahi joined the band, although I still hate Chiyu Tamade (or Chu2) for being a jerk until we found out that she has an inferiority complex towards her mother.

As for Poppin’ Party, they sure have achieved their dream of performing at the Nippon Budokan after Kasumi Toyama and the rest almost broke up during Season 2 thanks to Chu2. Good thing PoPiPa are okay now but they still have a long way to go if they can match Roselia’s popularity since they’re the best girls band right now. Regardless, it’s a great season for the franchise. 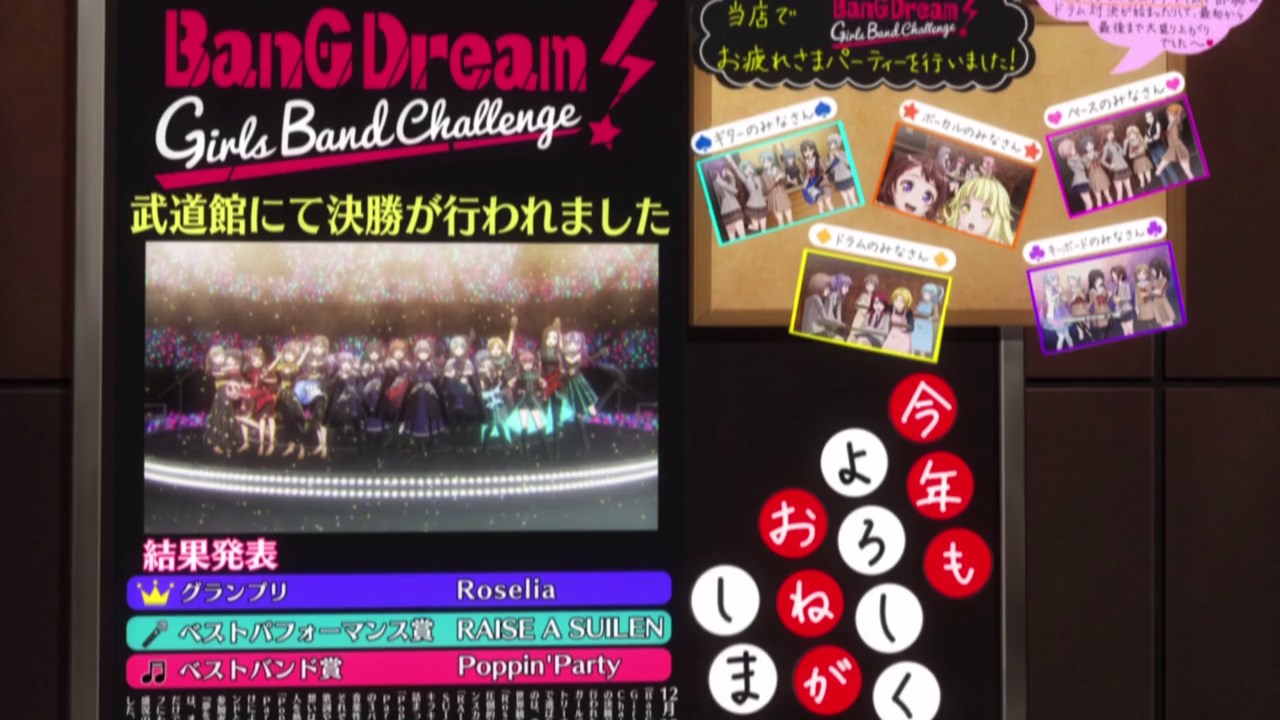 Of course, I have a feeling that there will be more for BanG Dream! since Bushiroad introduced a new girls band. I mean, Takaaki Kidani still wants to promote Bandori along with Revue Starlight so I won’t be surprised if this franchise will have another season.

But for me, this 3rd season would be the conclusion of Poppin’ Party’s story. Anyways, thanks for tuning in to BanG Dream! Season 3!