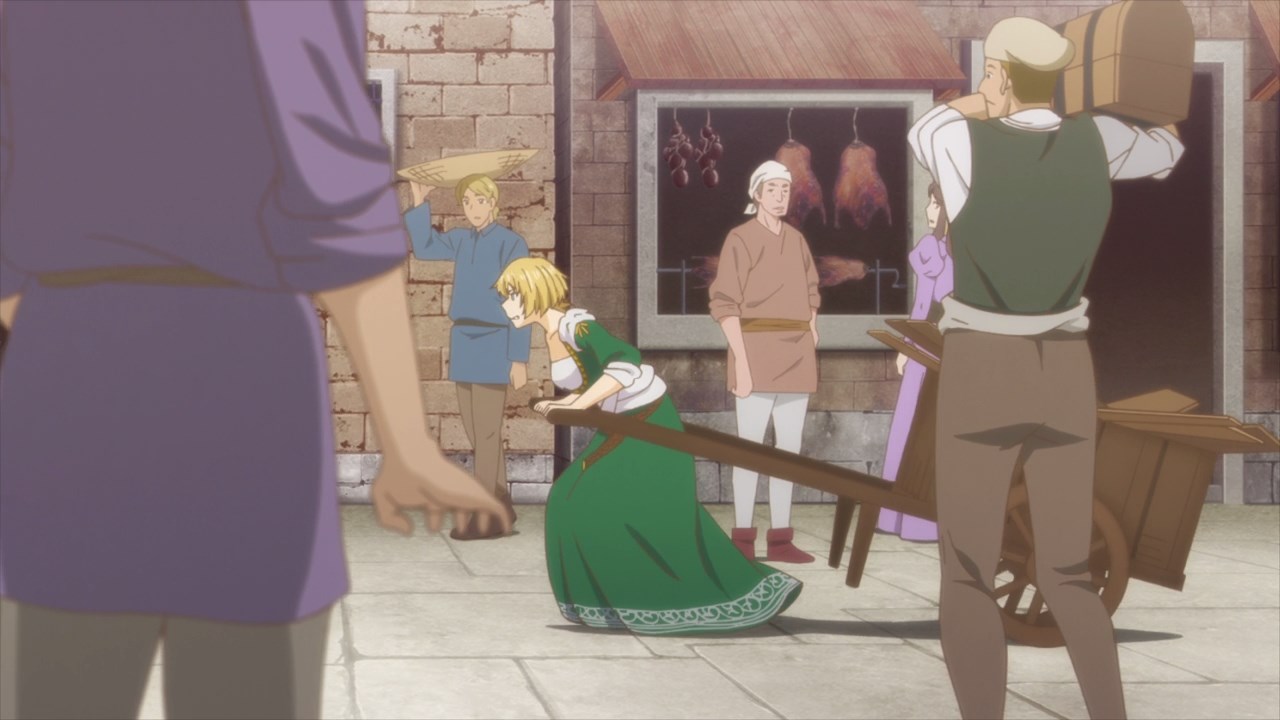 On this episode, Arte went to the marketplace to buy planks of wood in order to fix her shed because c’mon, it’s the only way if she wants to become an artisan. 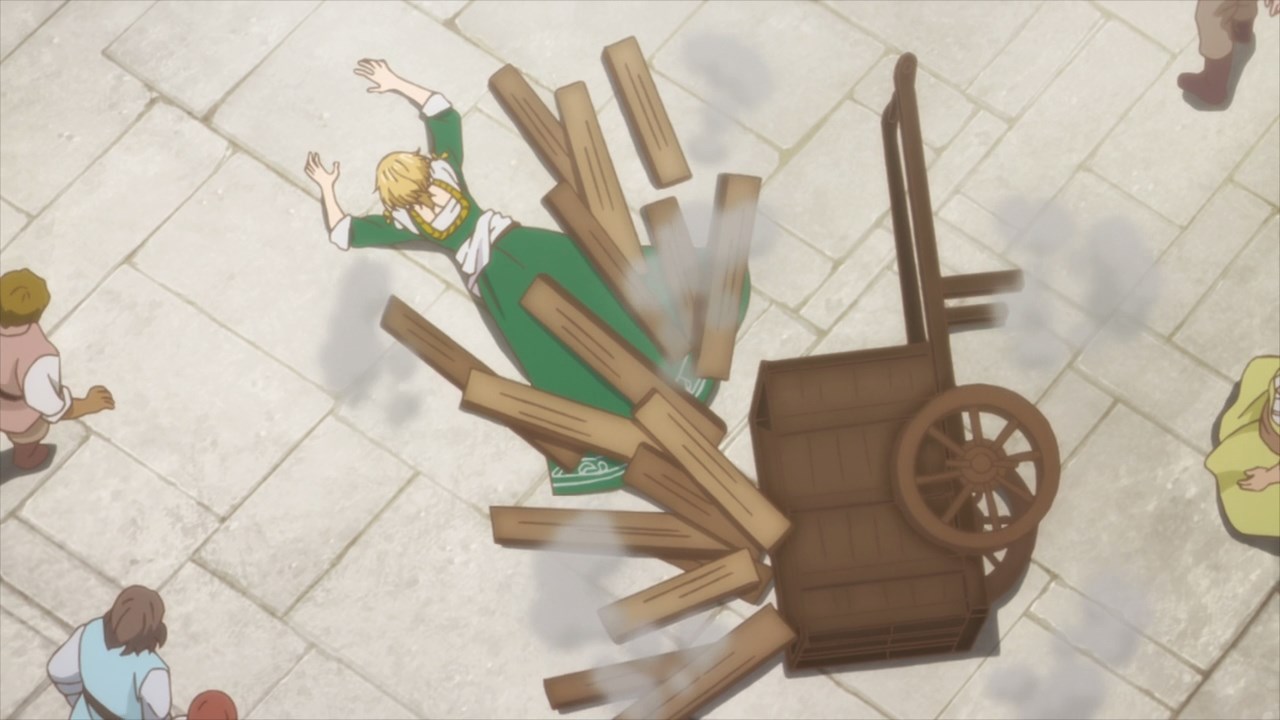 Unfortunately, Arte is off to a bad start where she tripped. I think her skirt needs to be short ’cause it’s in the way. Then again, that would be scandalous if Arte did that! 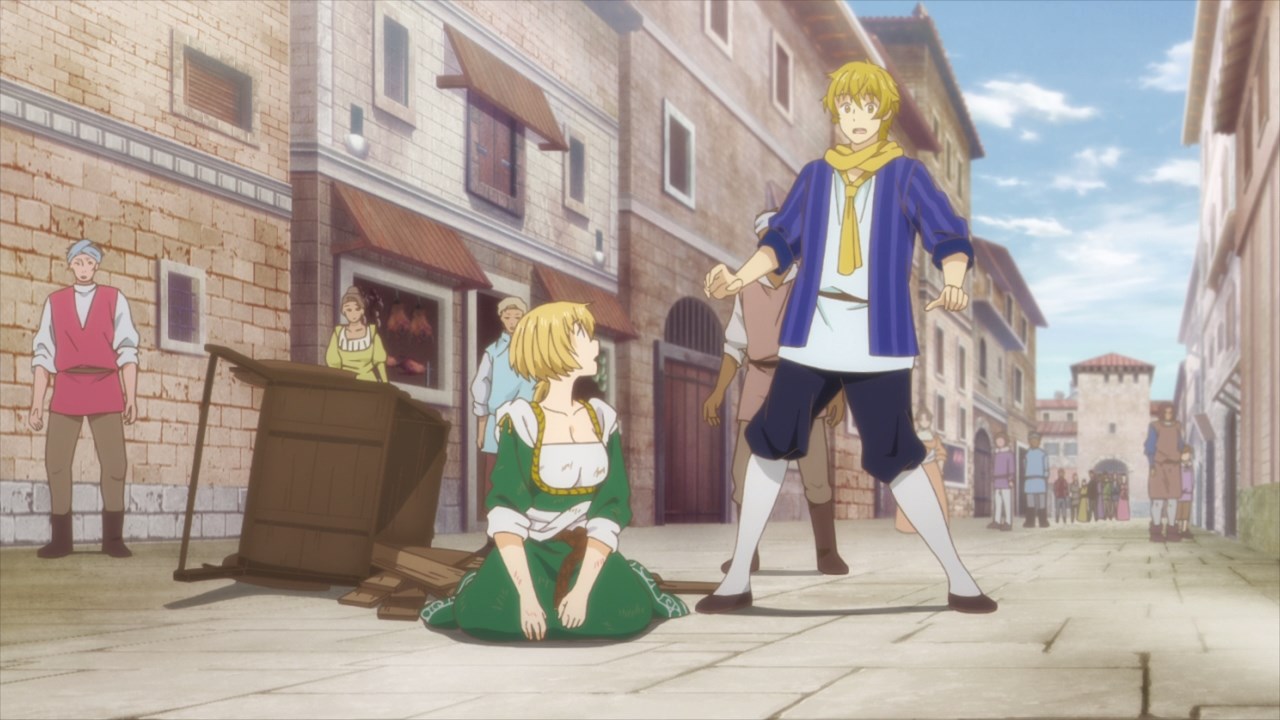 On the other hand, a man named Angelo Parker (Wait, is he an Englishman?) where he wants to help Arte… 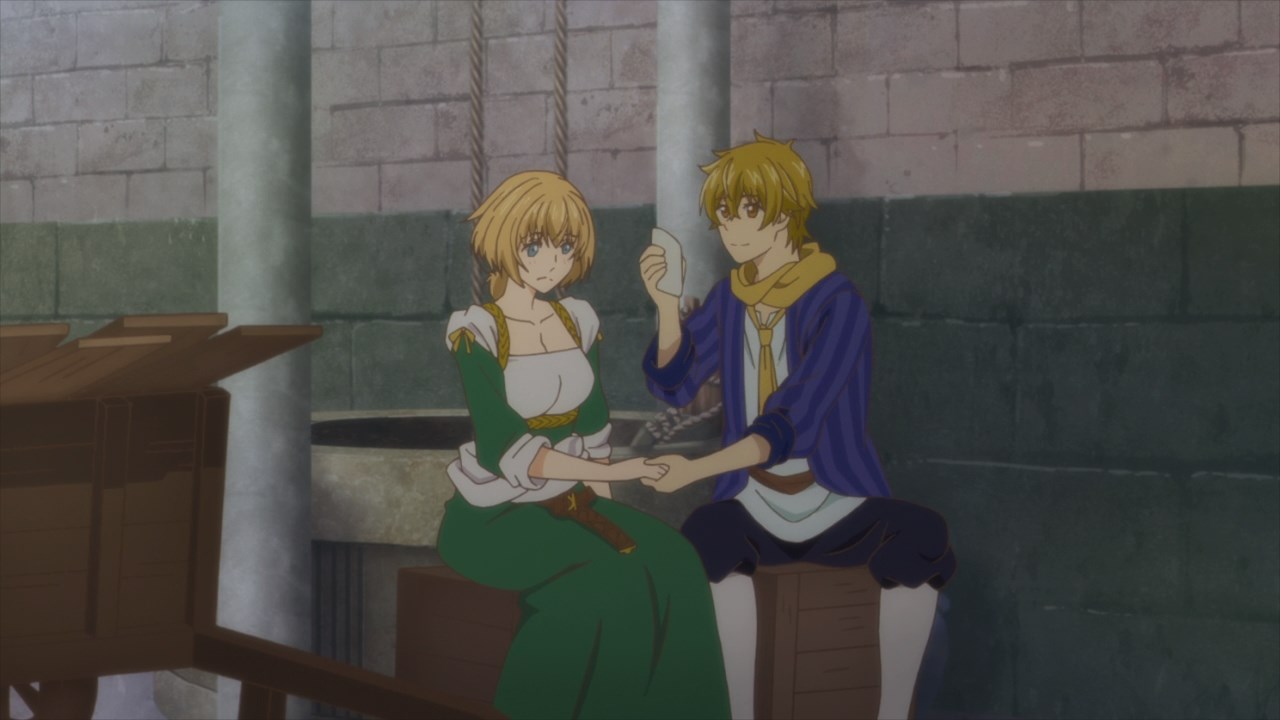 …by cleaning her wounds because she got scratches after the fall. Um, thanks Angelo but you don’t need to help Arte. 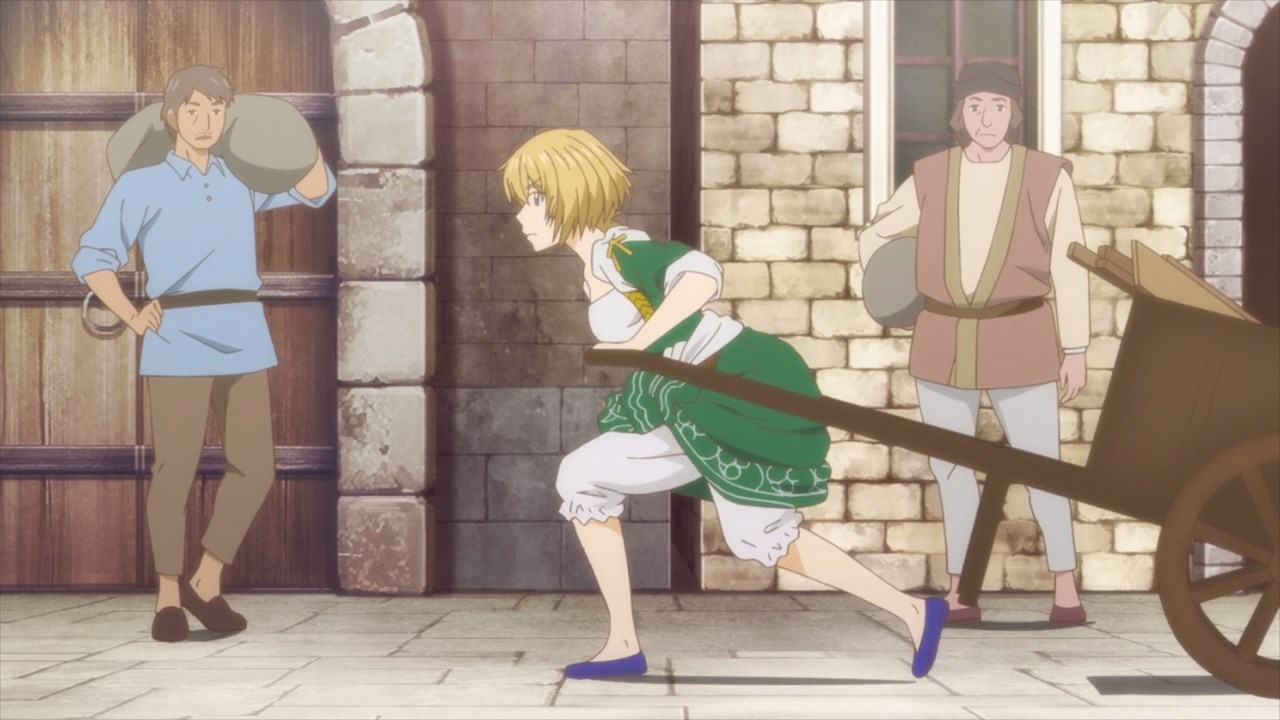 In fact, she’ll continue to pull the cart by using her back to give it more push. Oh and she lifted her skirt ’cause it’s a hindrance. 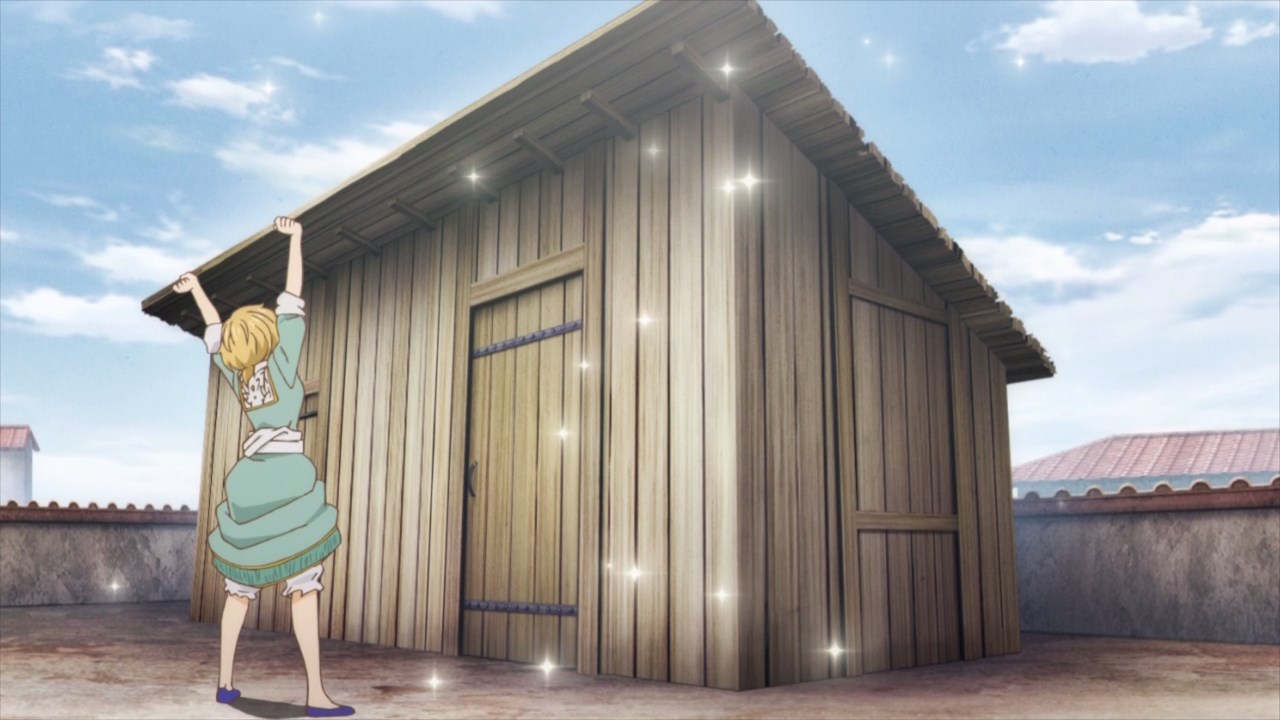 But anyways, Arte finished repairing her shed and now she can draw and sleep in peace. 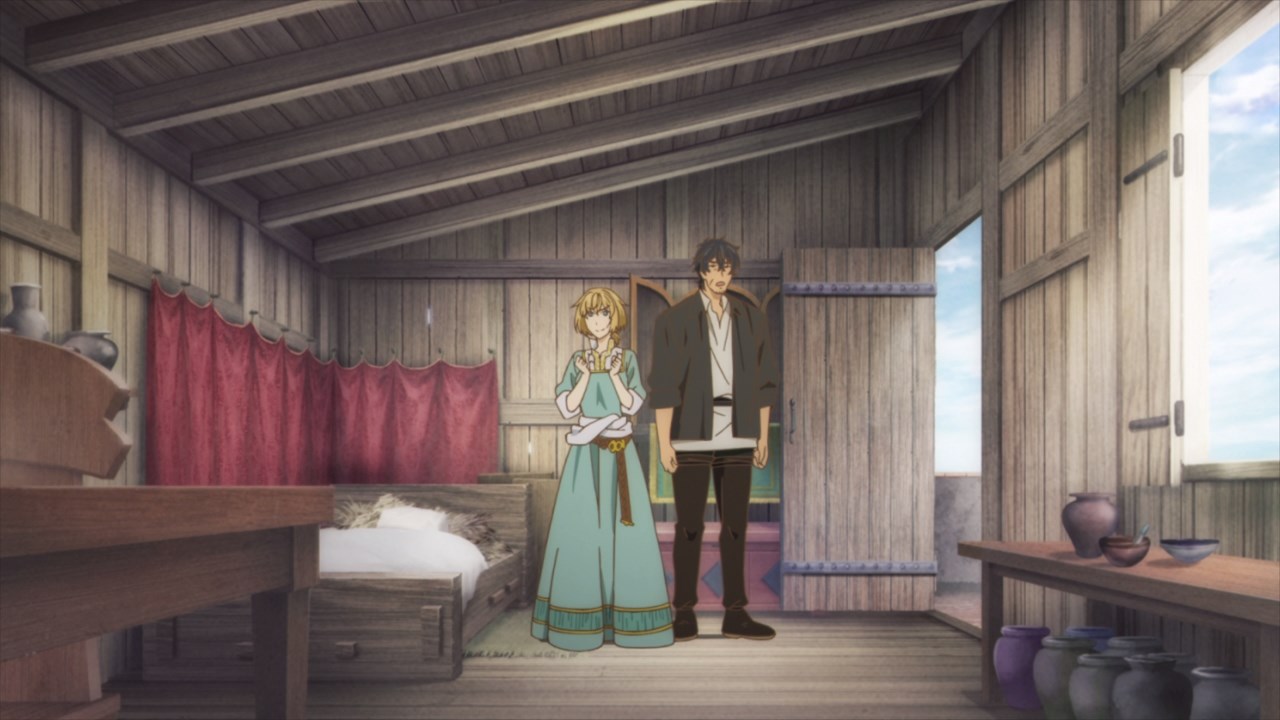 Oh and as for Leo, he’s surprised that Arte pulled that off by herself. Still, she has a long way to go before Arte achieves her dreams of becoming an artisan. 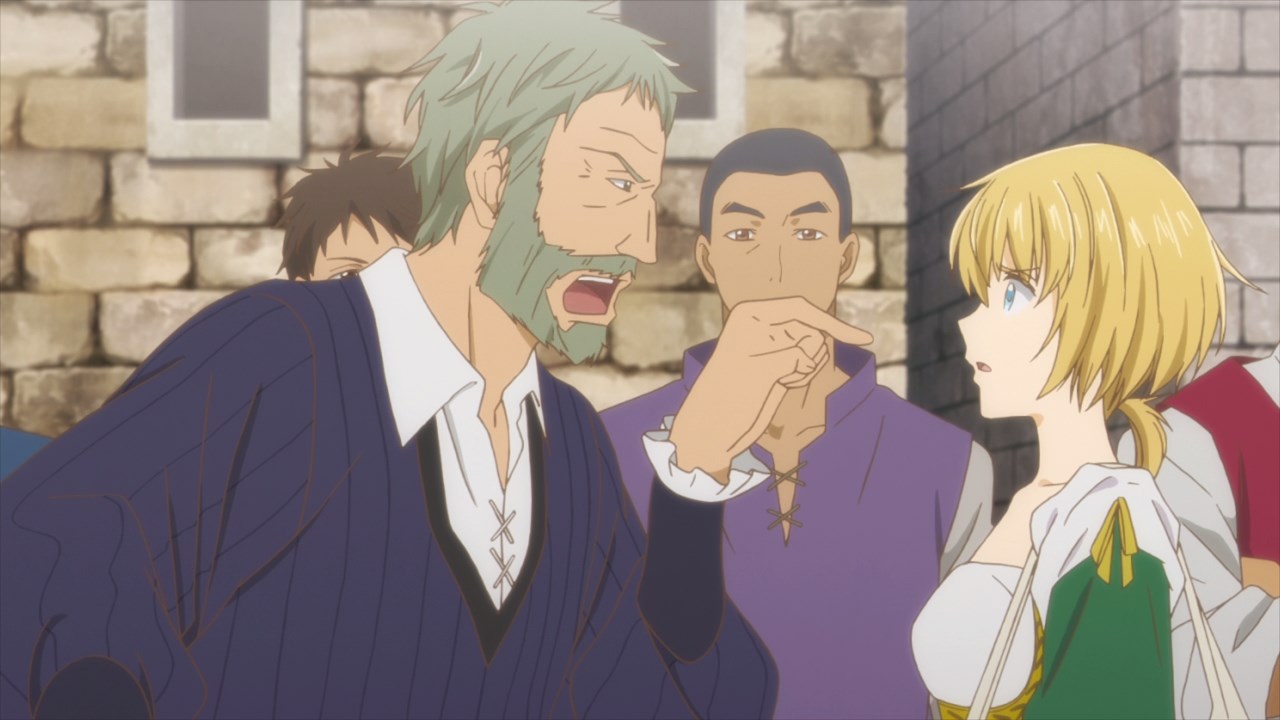 Of course, some people like Master Danilo won’t let Arte in at their workshop because she’s a woman. You know what, I think Arte needs to prove that she can do anything… 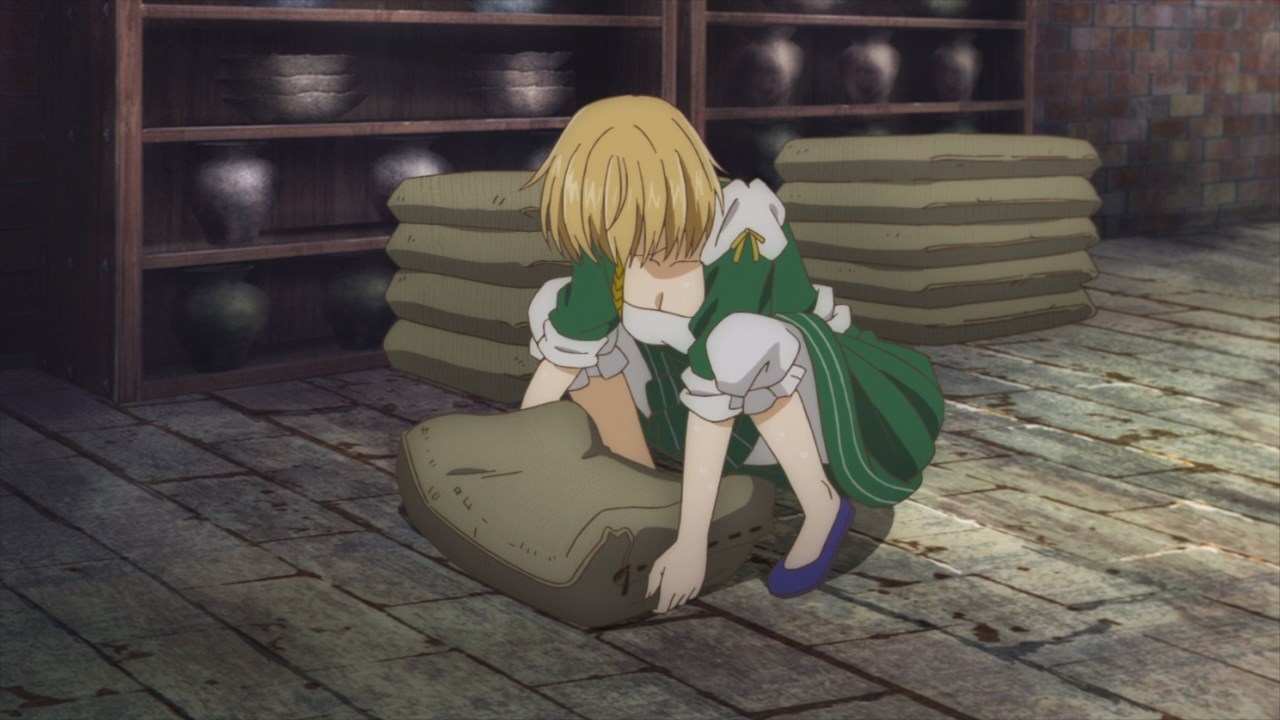 …like lifting a sack of clay to the storage area. Of course, she can’t use her arms to lift it up as Arte will have to use the jerk method. 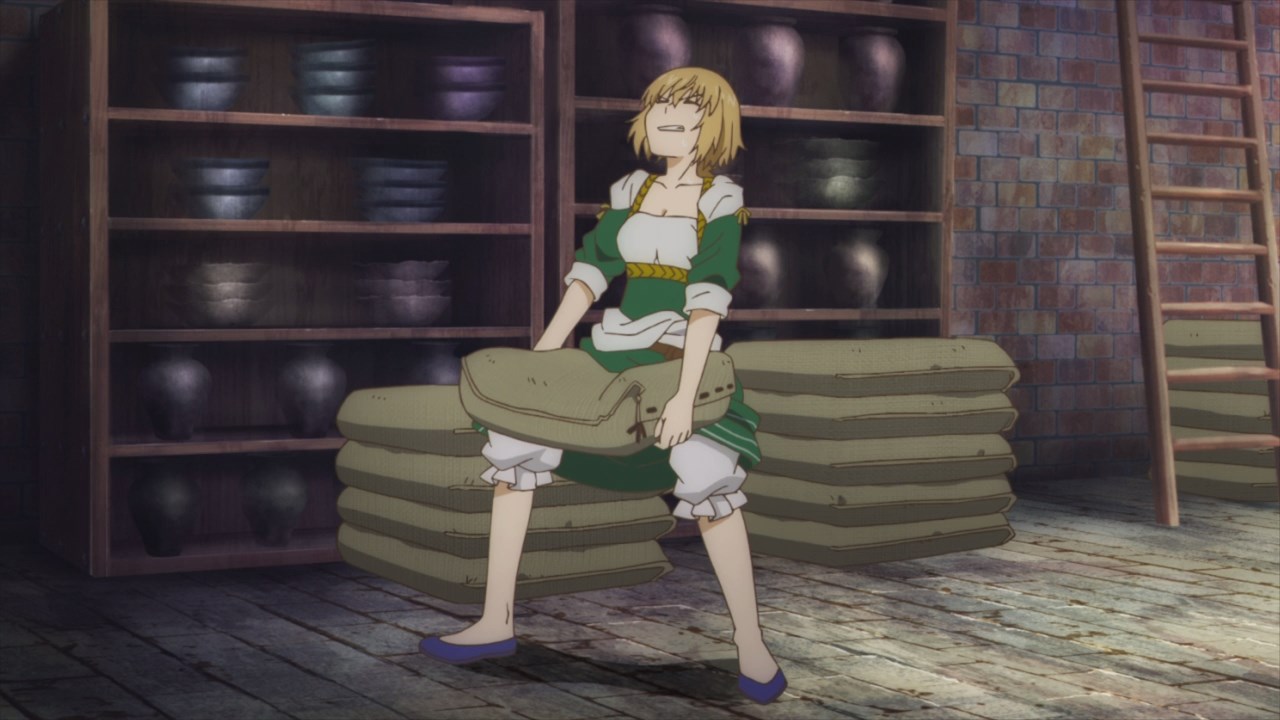 And as you can see, the jerk lift method is effective that Arte can lift this sack without tearing her arms. 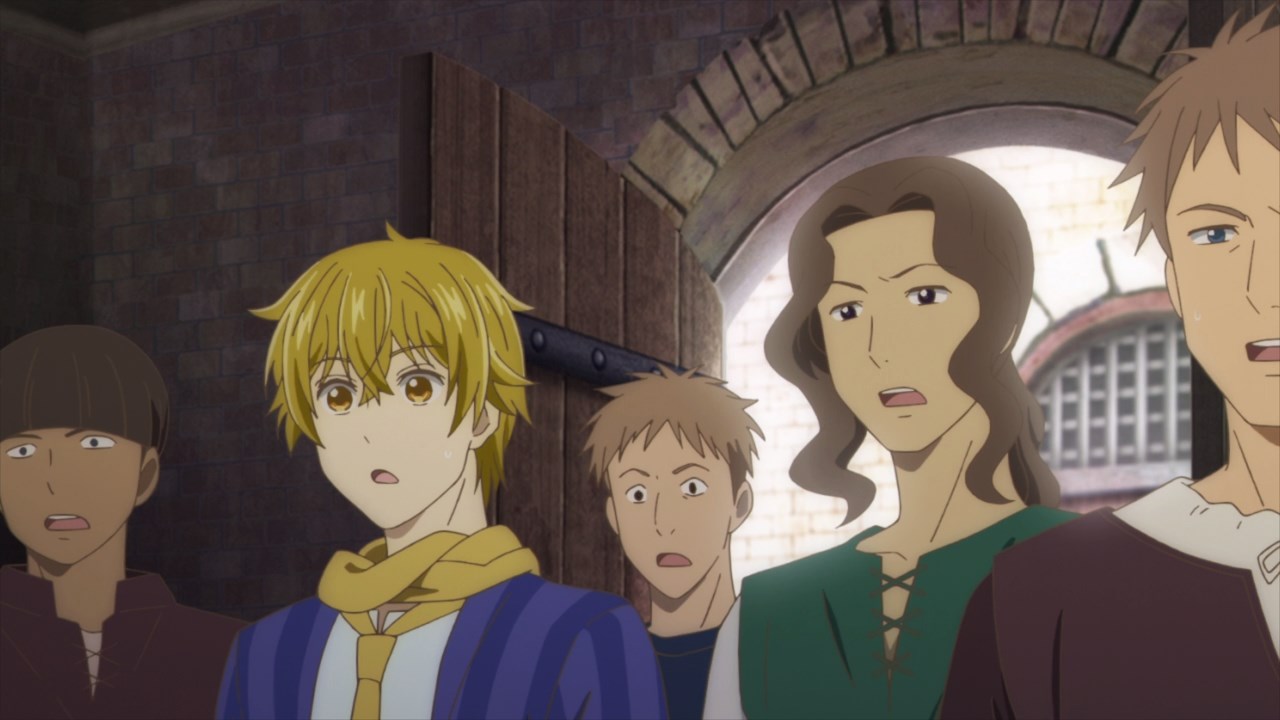 Heck, even the likes of Angelo are surprised that Arte pulled that one off. Then again, she has to carry all 10 sacks into the storage room. 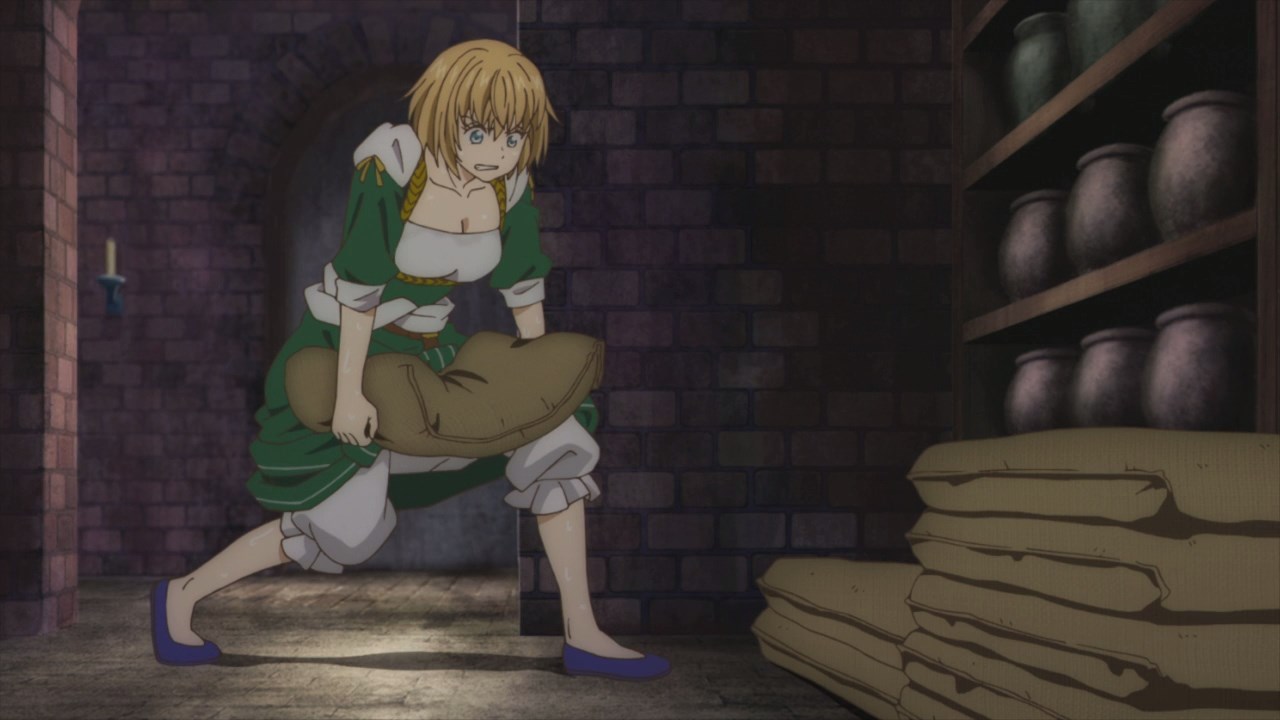 In any case, Arte managed to lift all 10 sacks of clay into the storage room, thus Master Danilo allow her to draw inside the workshop. 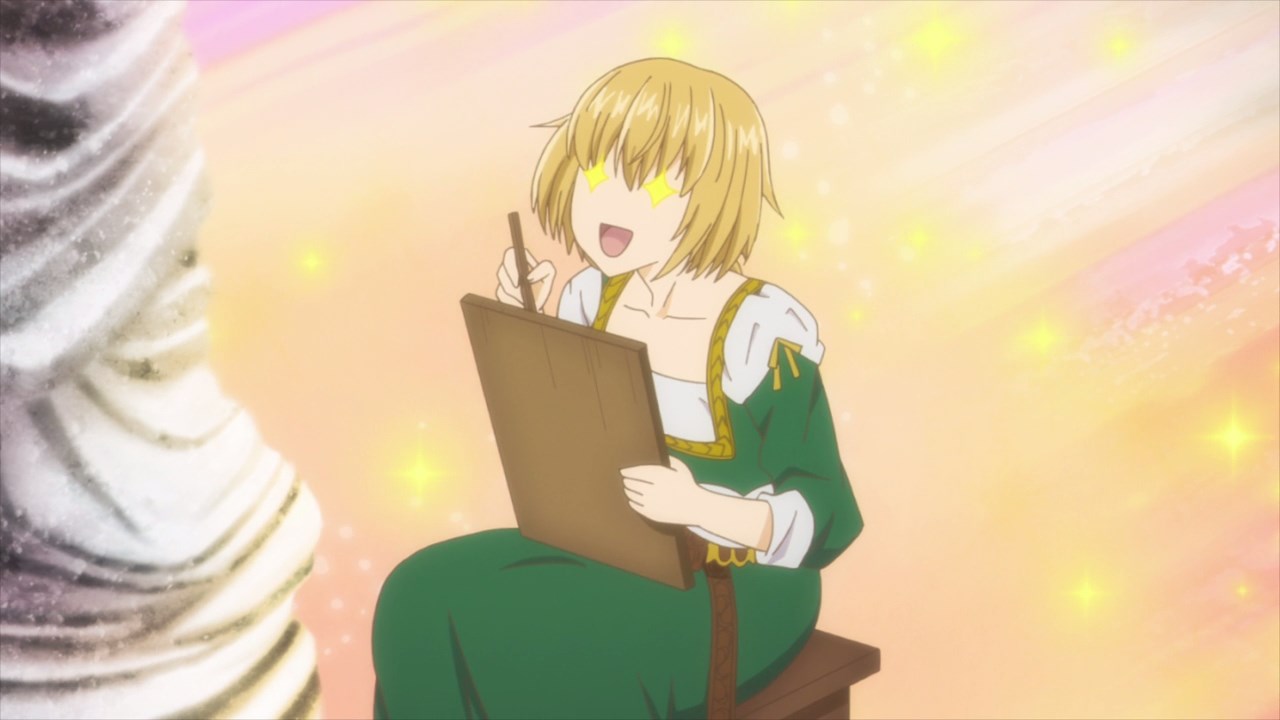 Yeah, I’m glad that Arte got what she wanted after working her way by lifting sacks of clay. 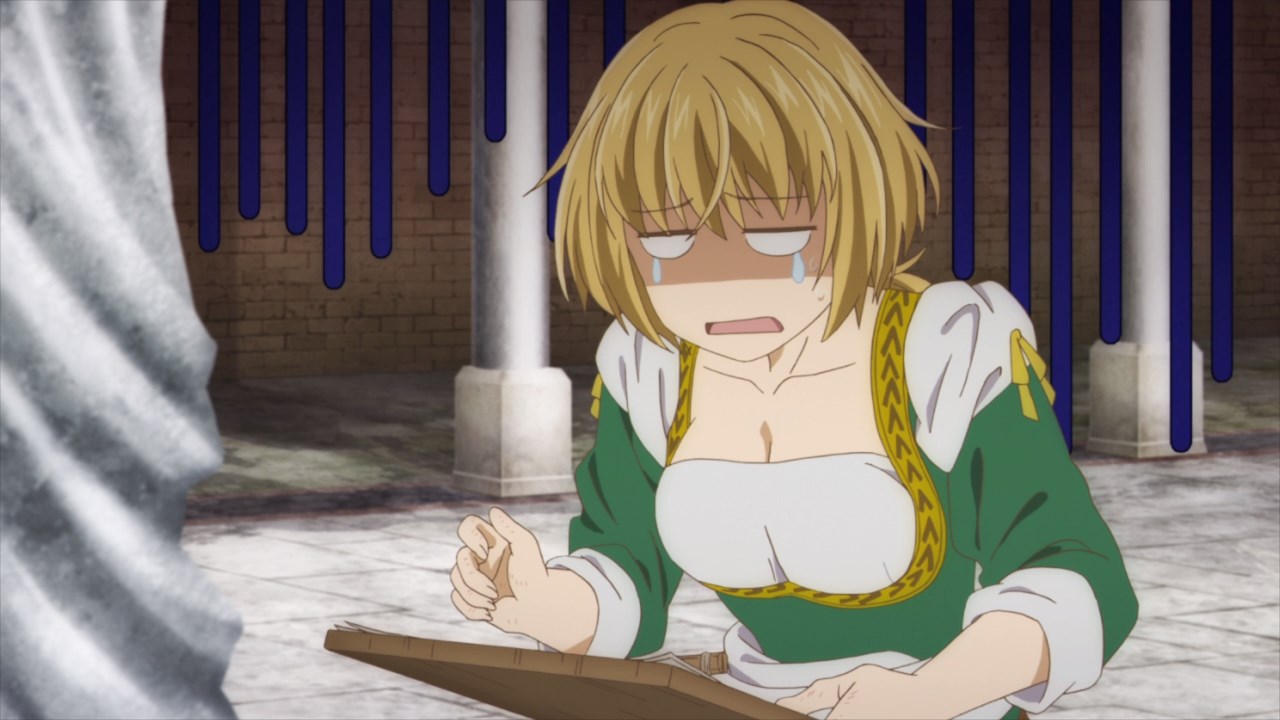 Unfortunately, it appears that she’s too tired to sketch one sculpture after lifting sacks of clay.

Dammit Master Danilo, you planned not to let Arte sketch after ordering her to lift those sacks! 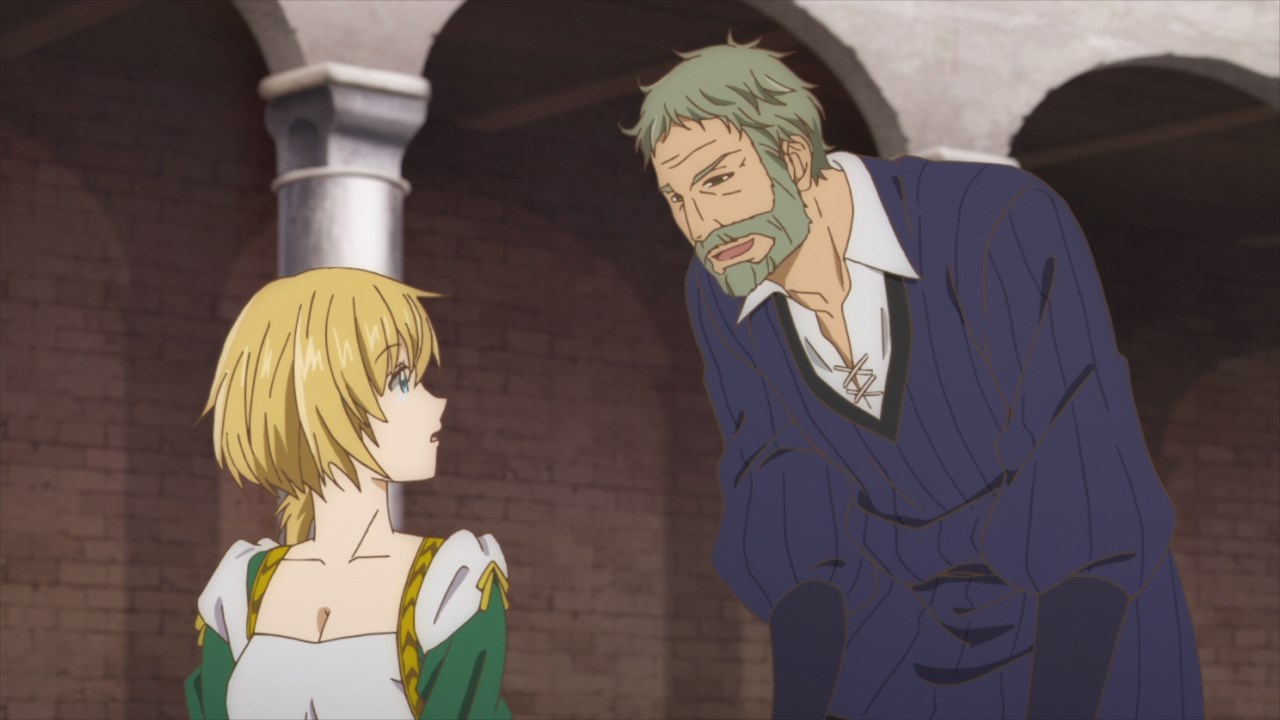 Well actually, Master Danilo decided to allow Arte to come to his workshop at any time. C’mon, he was surprised and impressed that this crazy girl will do anything to become an artisan! 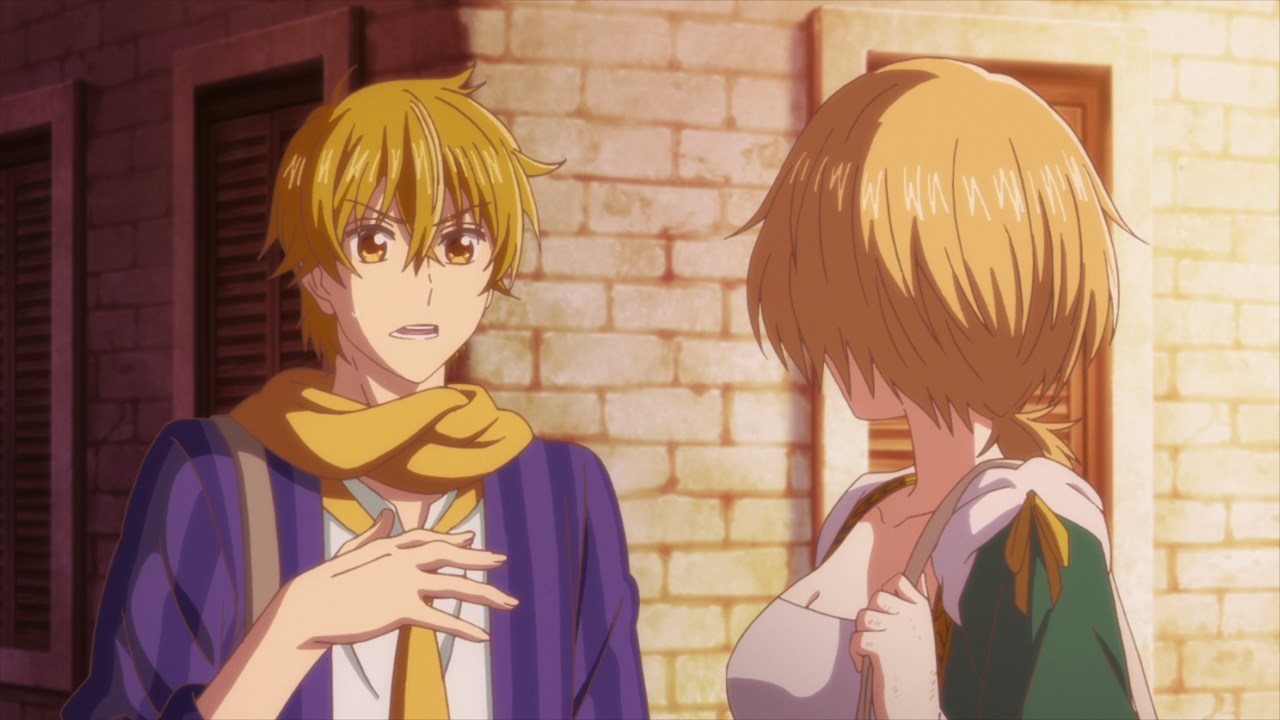 Anyways, Angelo congratulates Arte for getting Danilo’s approval. Of course, he wants Arte to join Danilo’s workshop but I don’t think she’ll leave Leo behind. 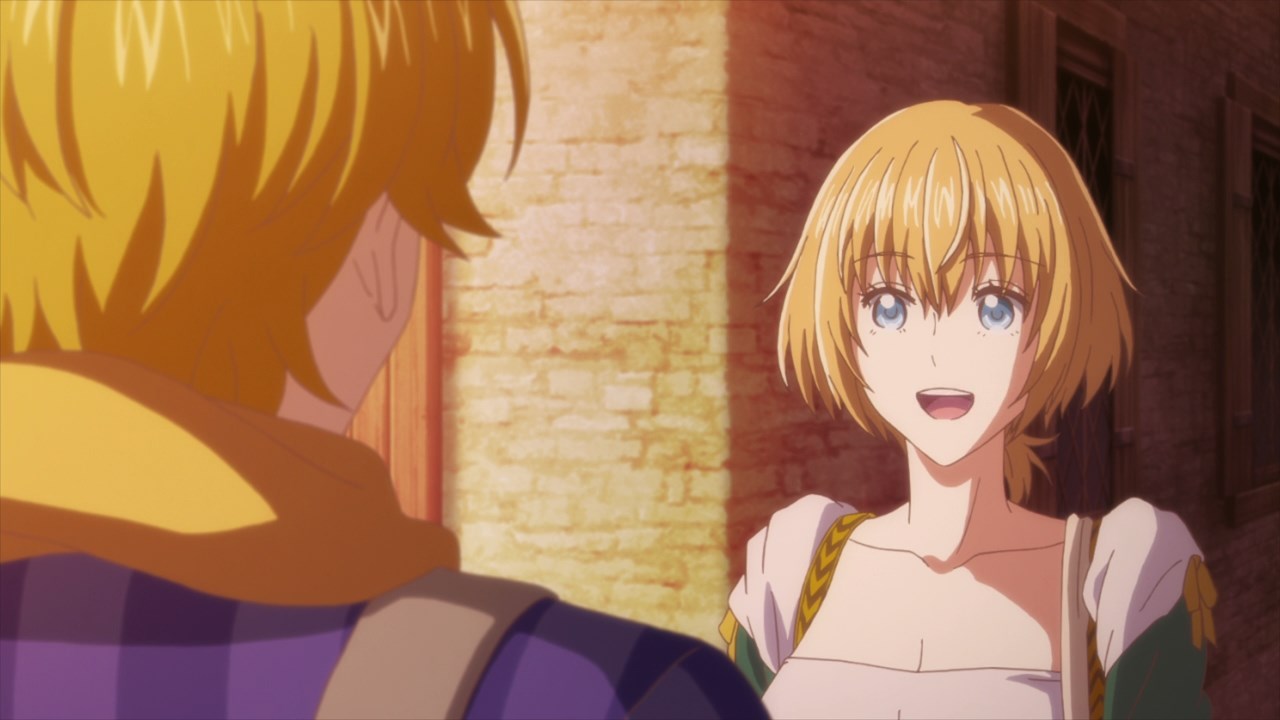 In fact, Leo is the one who accepted Arte’s passion of becoming an artisan in the first place.

So while Danilo is okay having her at his workshop, Arte will stay at Leo’s place as she wants to become an artisan under his tutelage. Anyways, looks like Angelo got rejected by Arte. 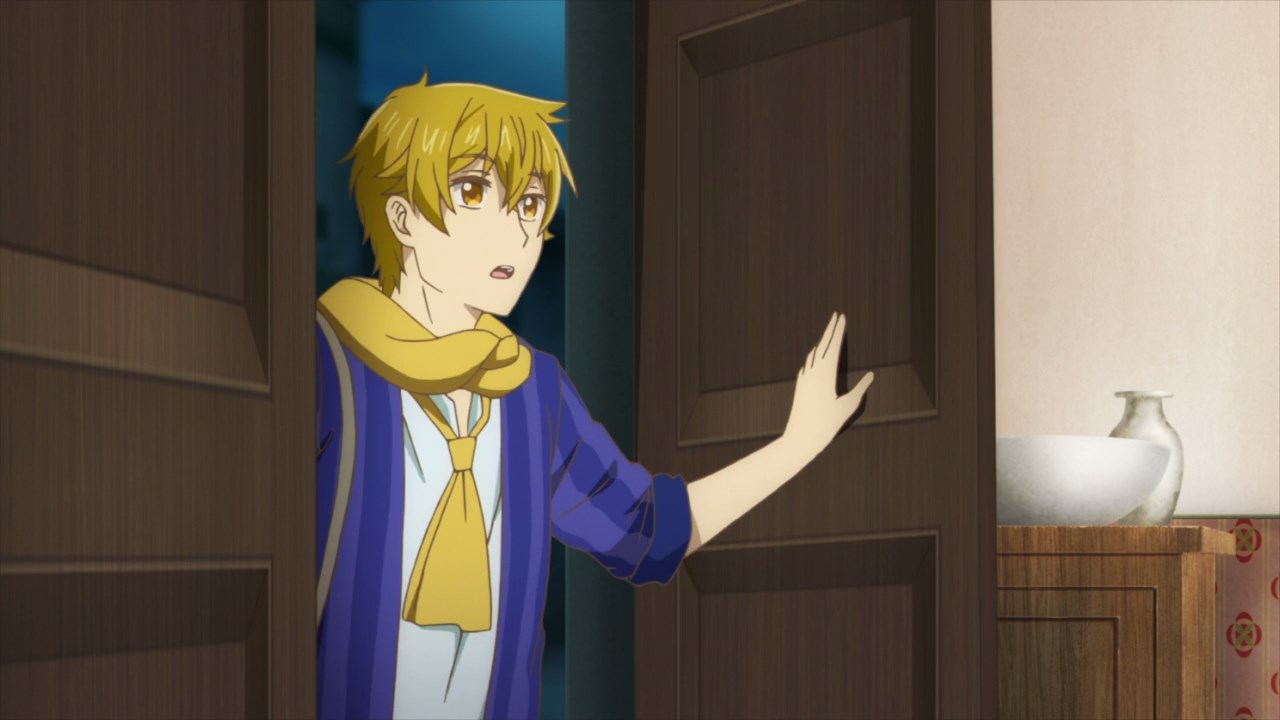 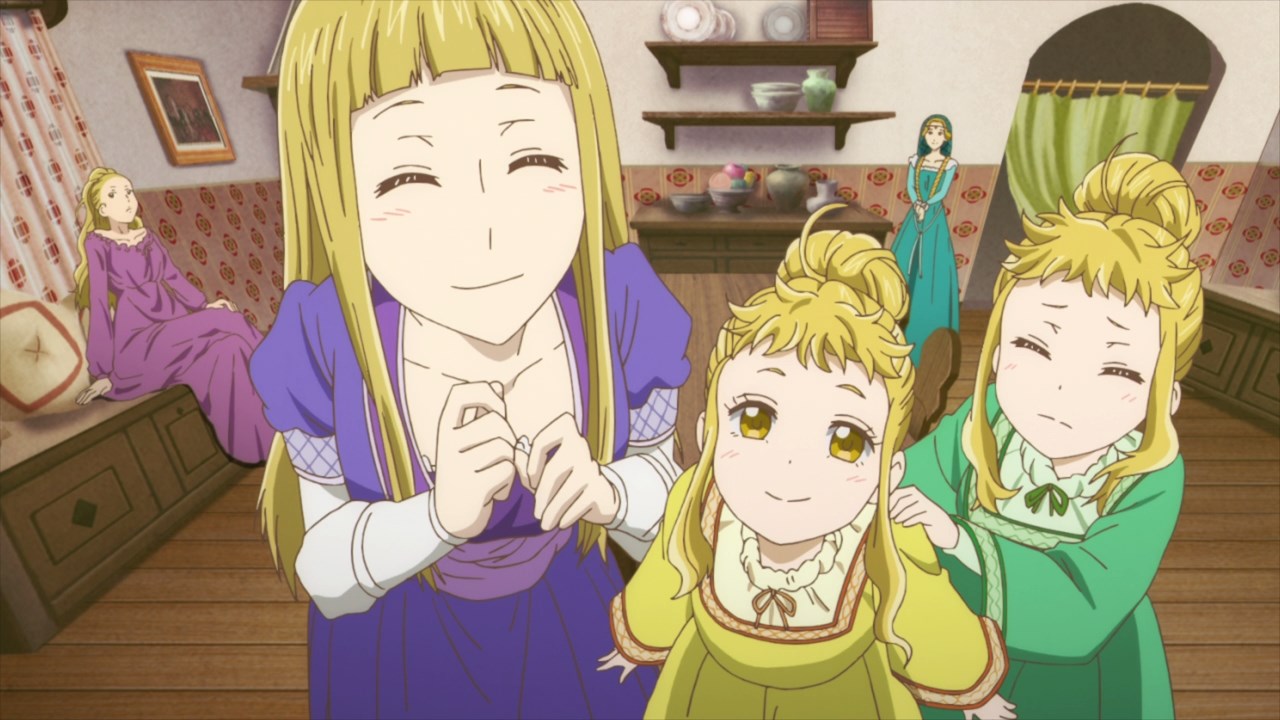 And speaking of Angelo, it appears that he’s surrounded by his sisters. Oh and I think the reason why he’s kind to girls is because Angelo is being treated as a servant. 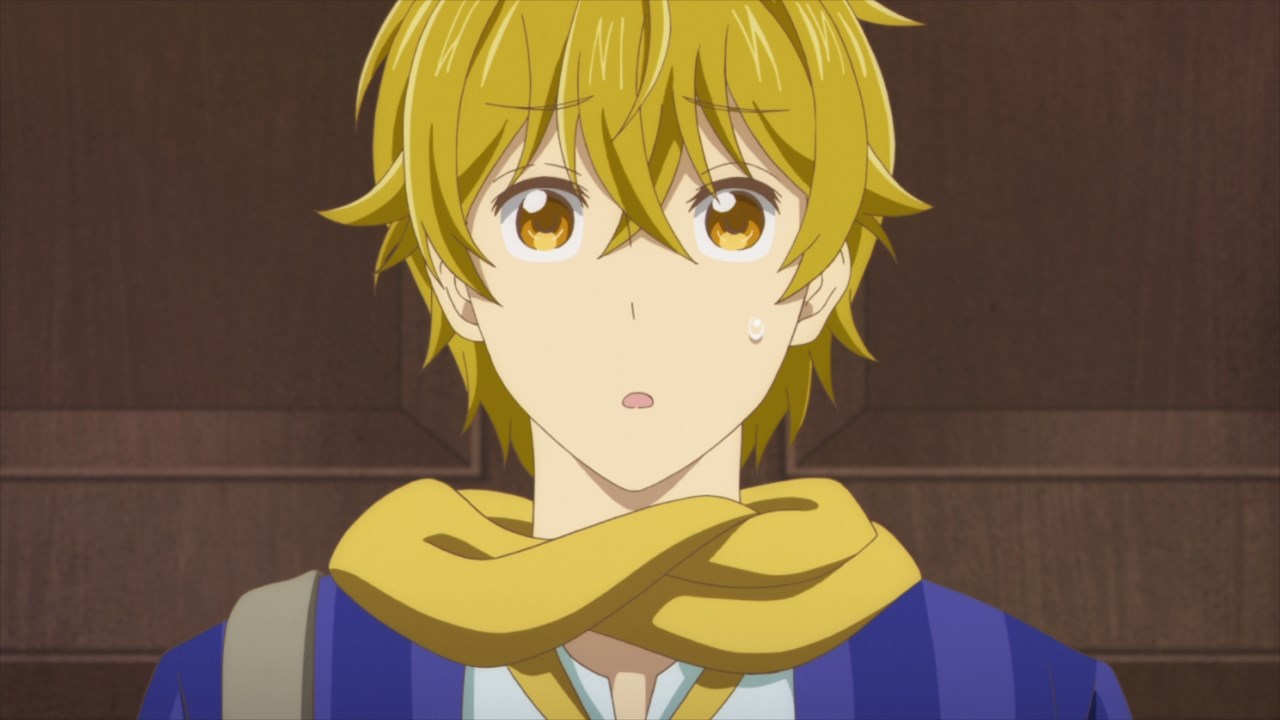 But you know what, I think Angelo will politely tell his sisters to fix their own problems. I mean, they can’t rely on men to solve everything for the rest of their lives.

Anyways, I’ll see you next time as Arte’s career as an artisan is still rough, but she can do it on her own.