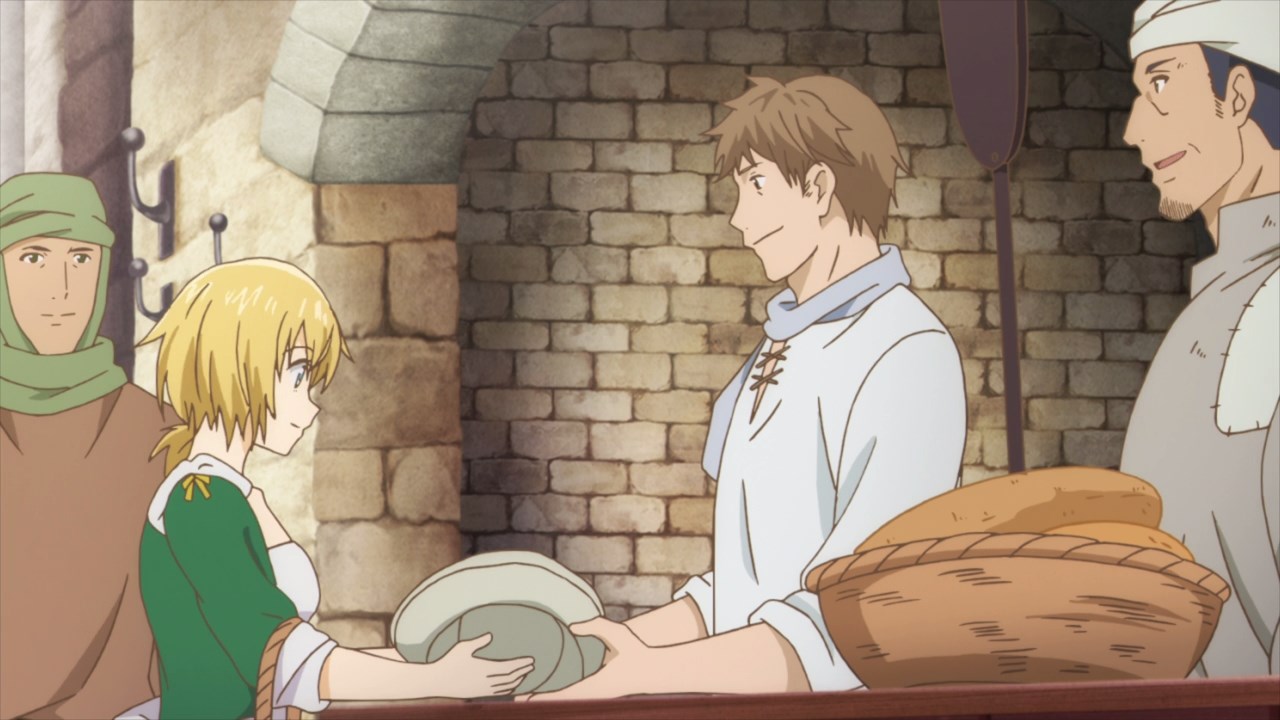 Let’s start this episode as Arte buys a loaf of bread, straight from the over as the bakers gave one for her. Of course, Arte pays them because they provide food every morning. 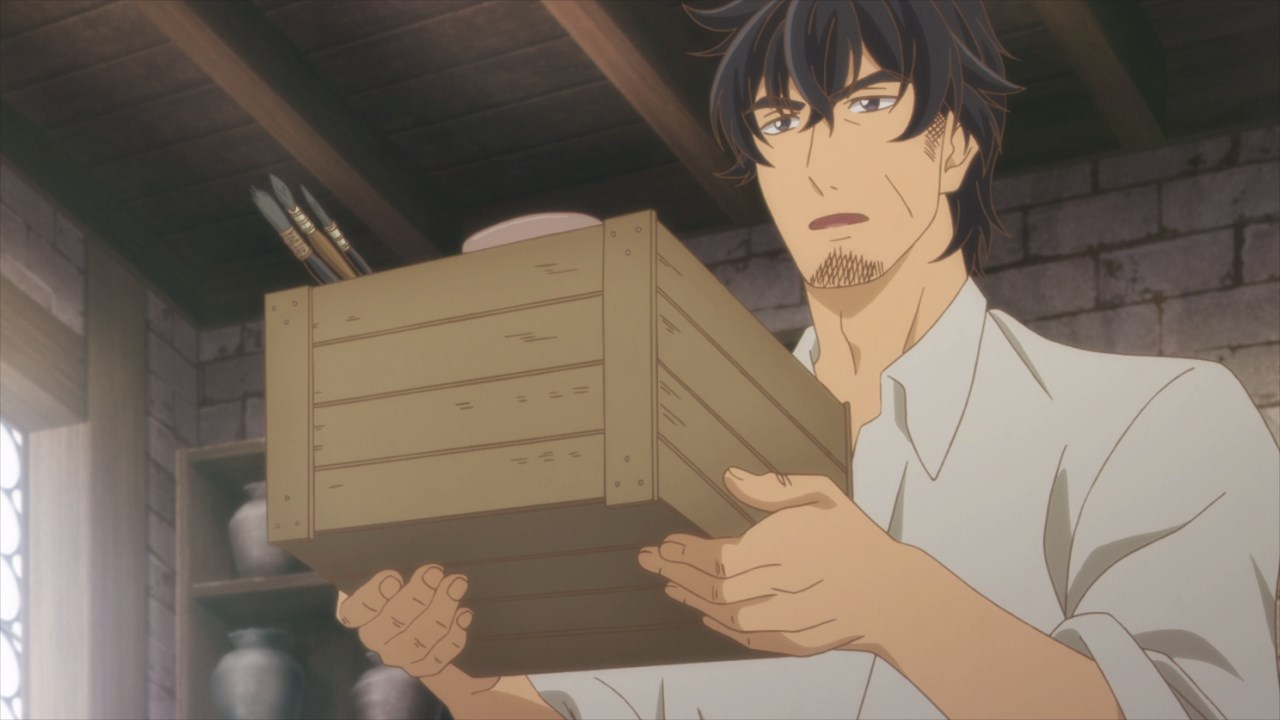 Also, here’s Leo where he told Arte to carry this box full of tools to somewhere safe and secure. 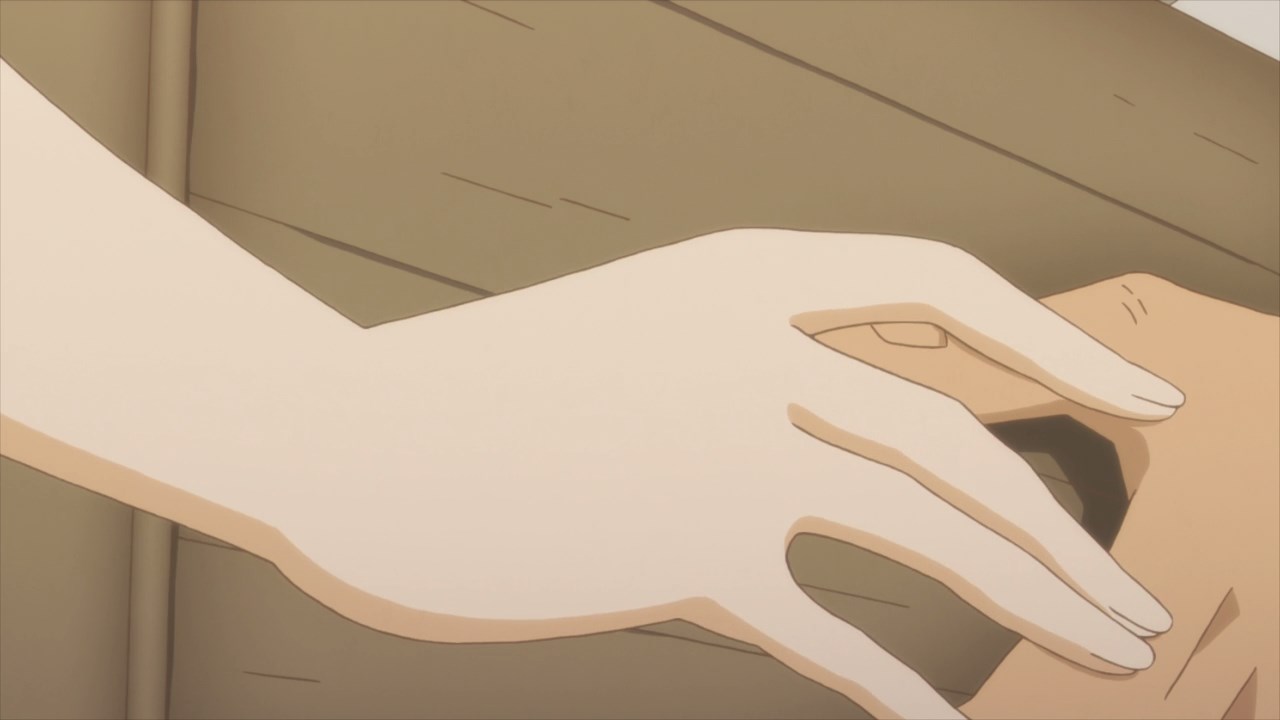 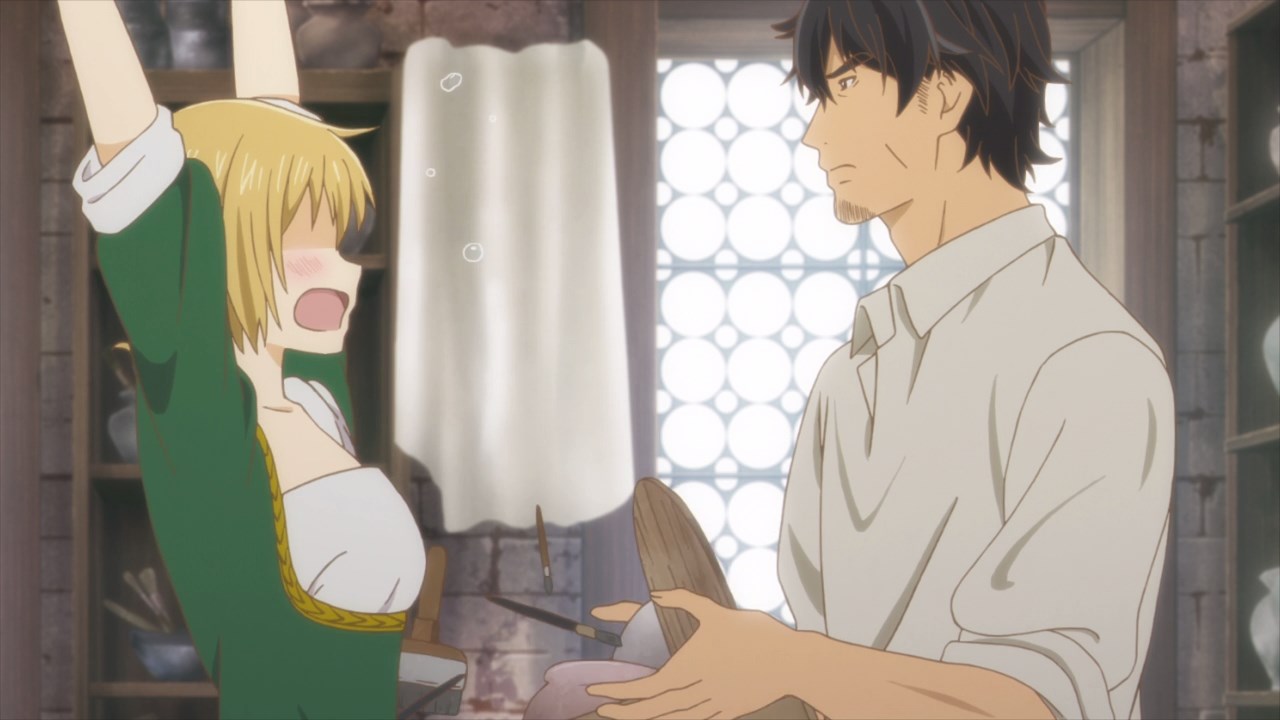 Then again, it appears that Arte is freaking out every time she made contact with Leo. C’mon Arte, you have to focus on achieving your dreams! 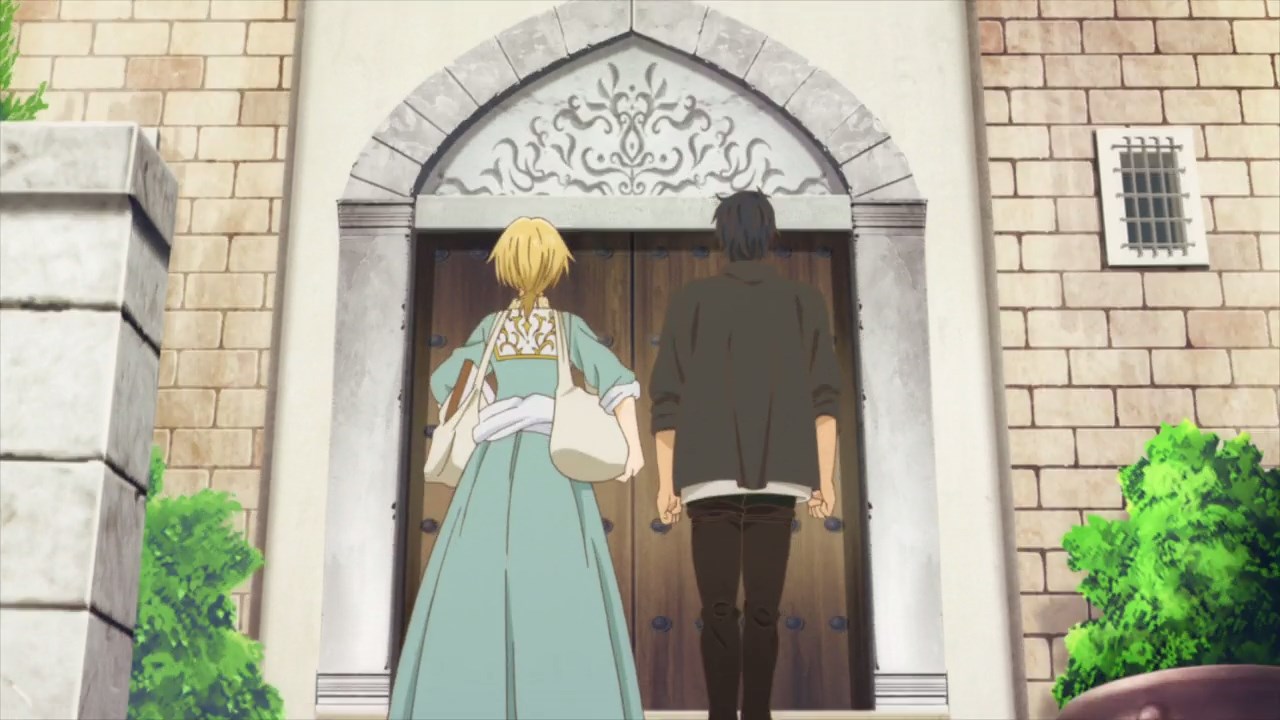 Now then, both Arte and Leo are asked by someone to do some commission work, although Leo will do the entire brunt of the work while Arte will assist him. 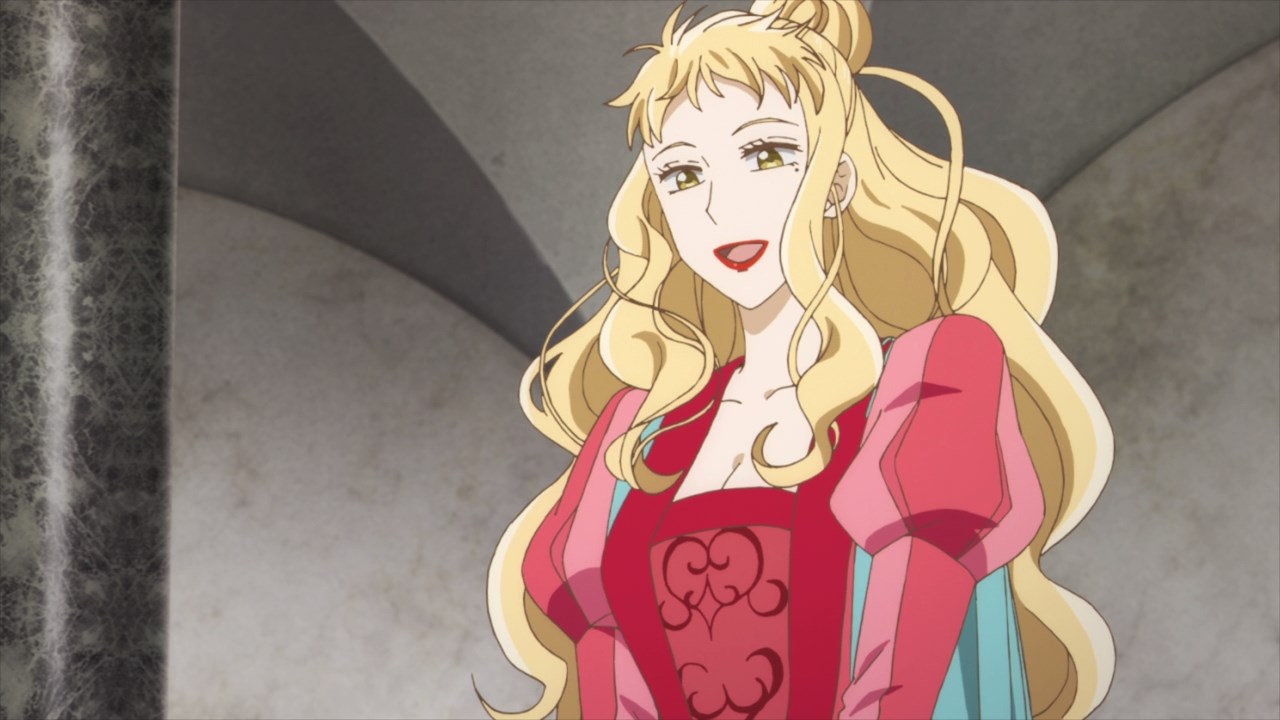 Anyways, Veronica personally call them to make a portrait of her as this courtesan wants to see some high-quality work.

Oh yeah, Veronica is surprised that Leo took a woman as his apprentice, despite the fact that she met Arte before on the previous episode. You know, the time when Arte is dressed as a boy? 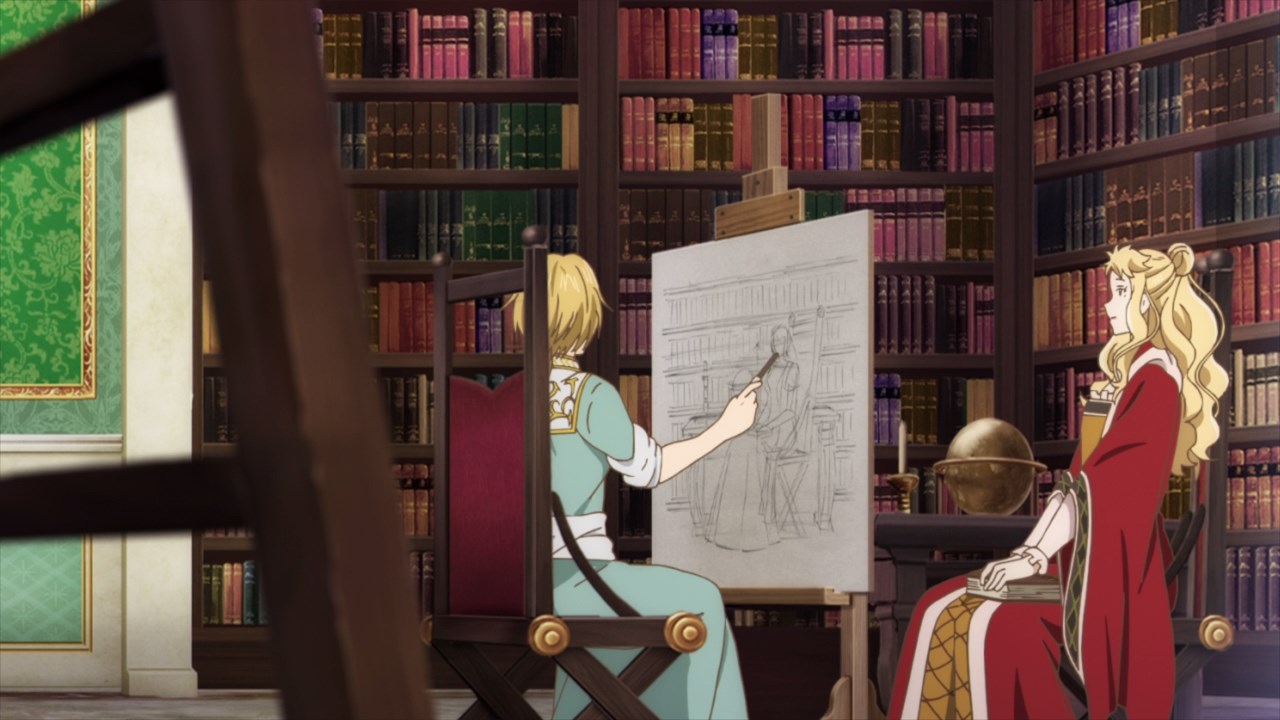 In any case, the courtesan decided to have Arte paint her portrait as she’s suitable for the job.

Well, glad that Arte will take a serious work on painting a portrait of Veronica, but I think she’ll struggle to finish the job on time… 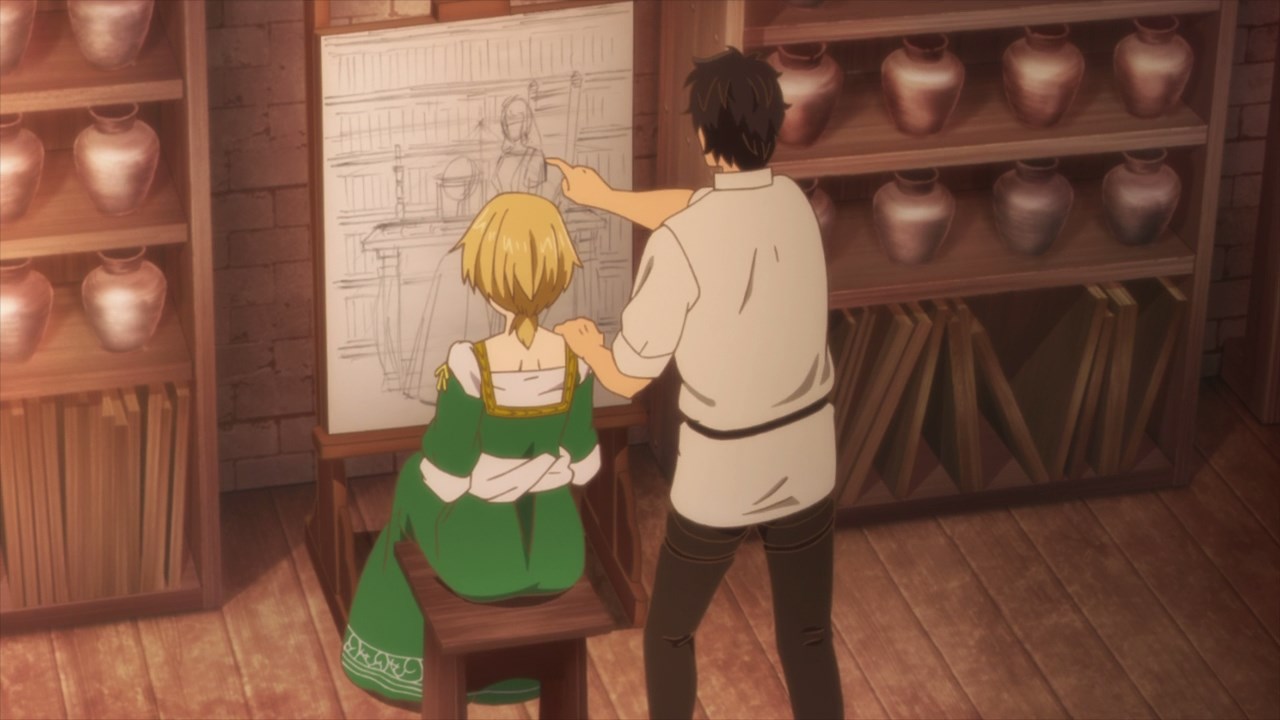 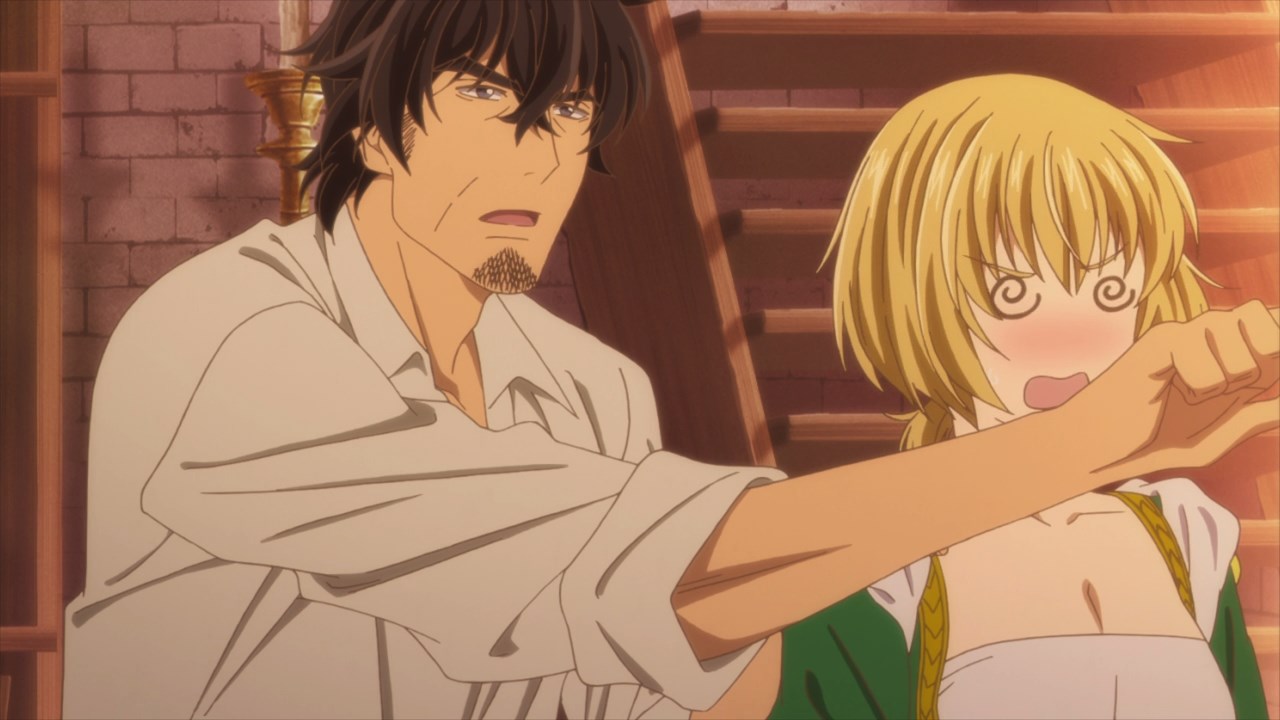 …especially when Leo is the one distracting Arte, or is that Arte can’t concentrate when Leo is around.

C’mon Arte, you have a chance to prove yourself that you can become an artisan, so don’t get distracted by other things like your master! Then again, Arte can’t help it as her heart stops when Leo is around. 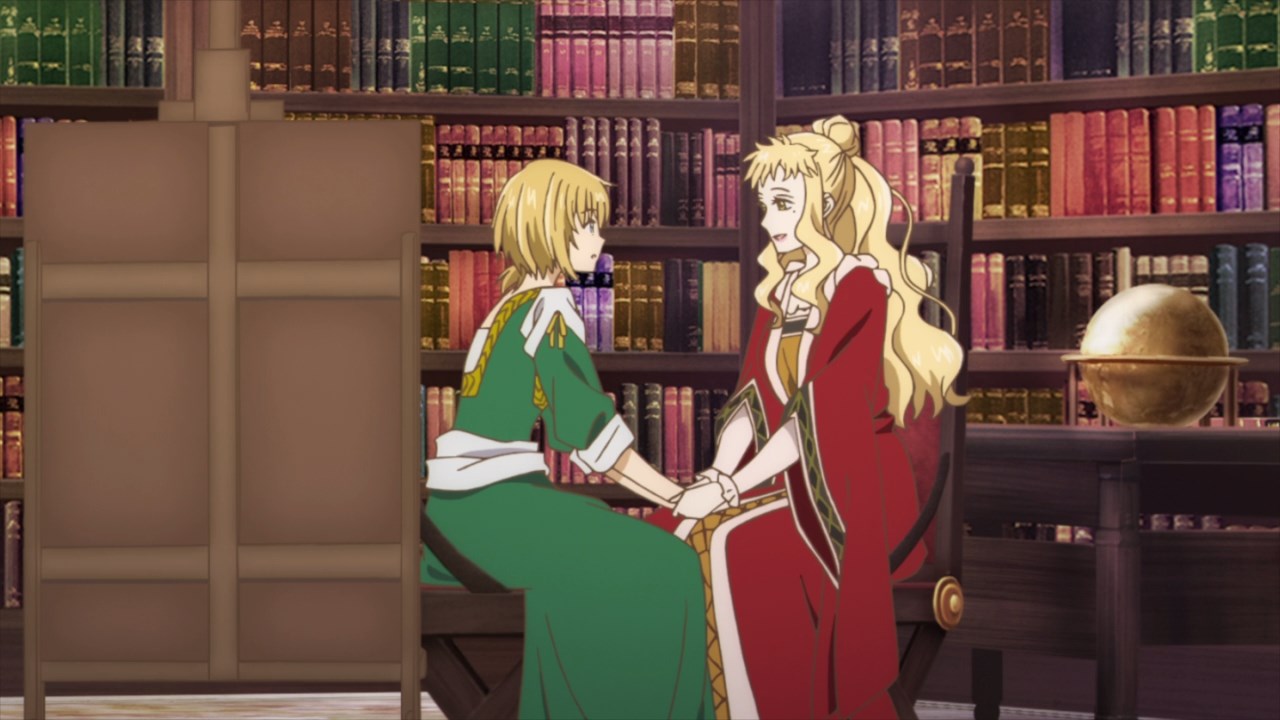 In fact, Veronica told Arte that she’s in love with Leo, which is not good ’cause she might lose her dream of becoming an artisan. 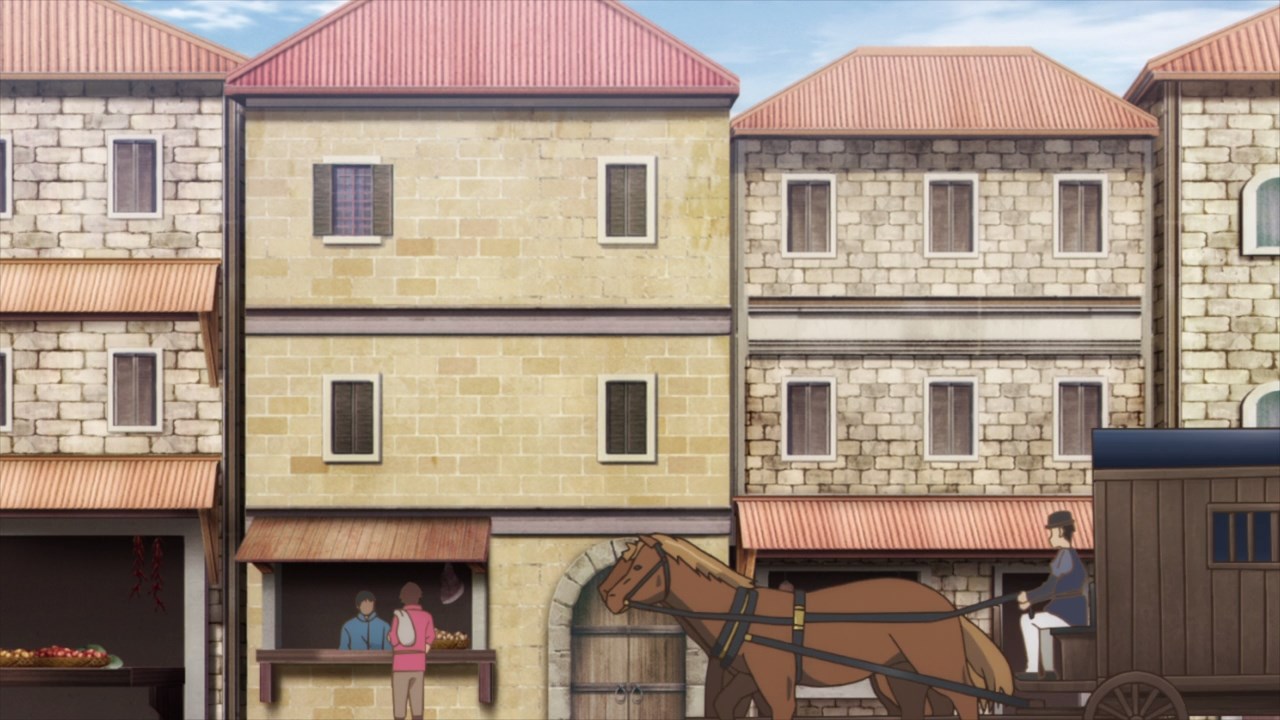 So, Veronica took Arte to the slums where she’ll show something important to Leo’s apprentice. 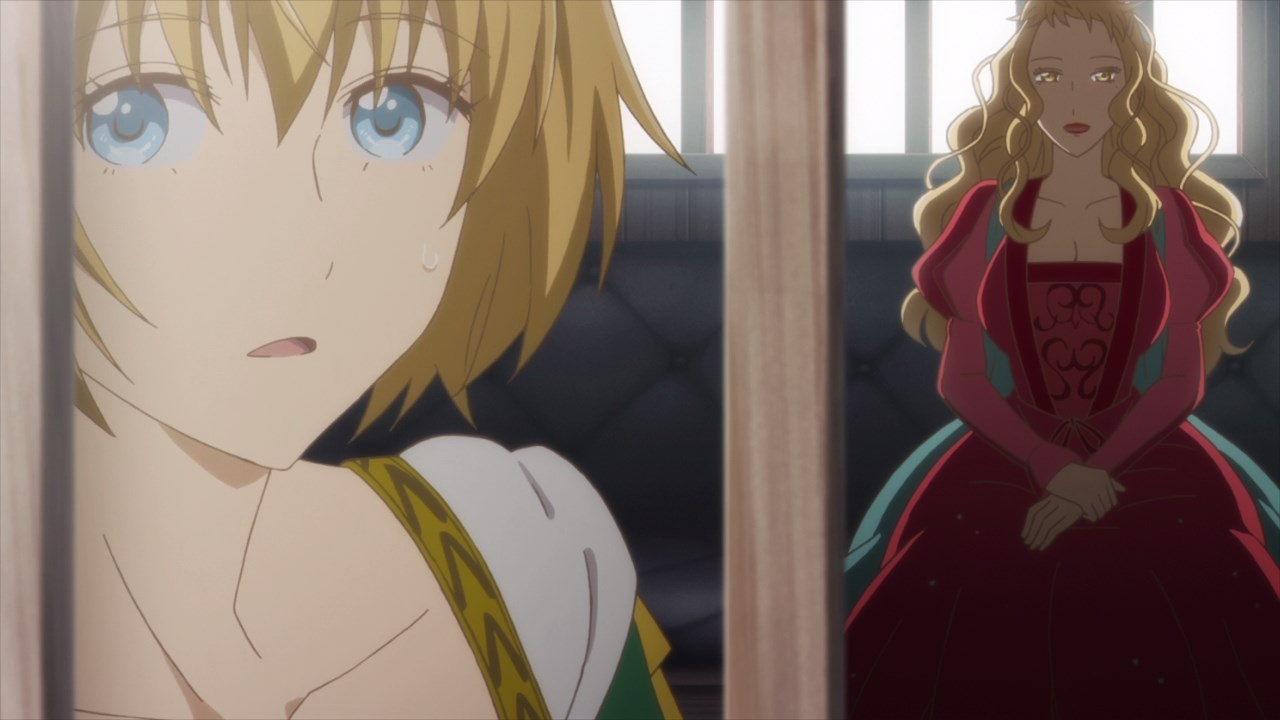 And really, the courtesan wants to tell Arte that falling in love will lead her to nowhere. 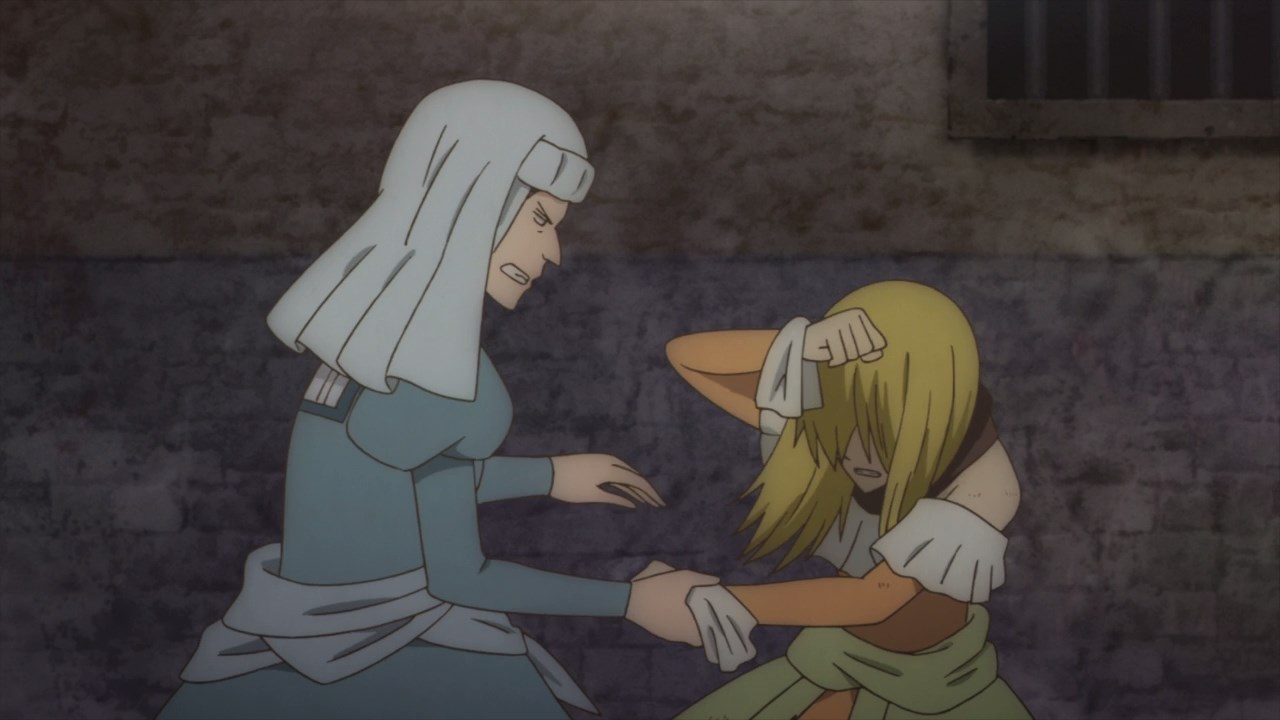 See this woman being beaten up? She was once a high-class courtesan who was admired by everyone. But once she fall in love with a man, everything falls apart.

I’m not sure if that man betrayed her or she forgot about pleasing with other men, all I can say is that her life fell into disarray and it’s very unfortunate. 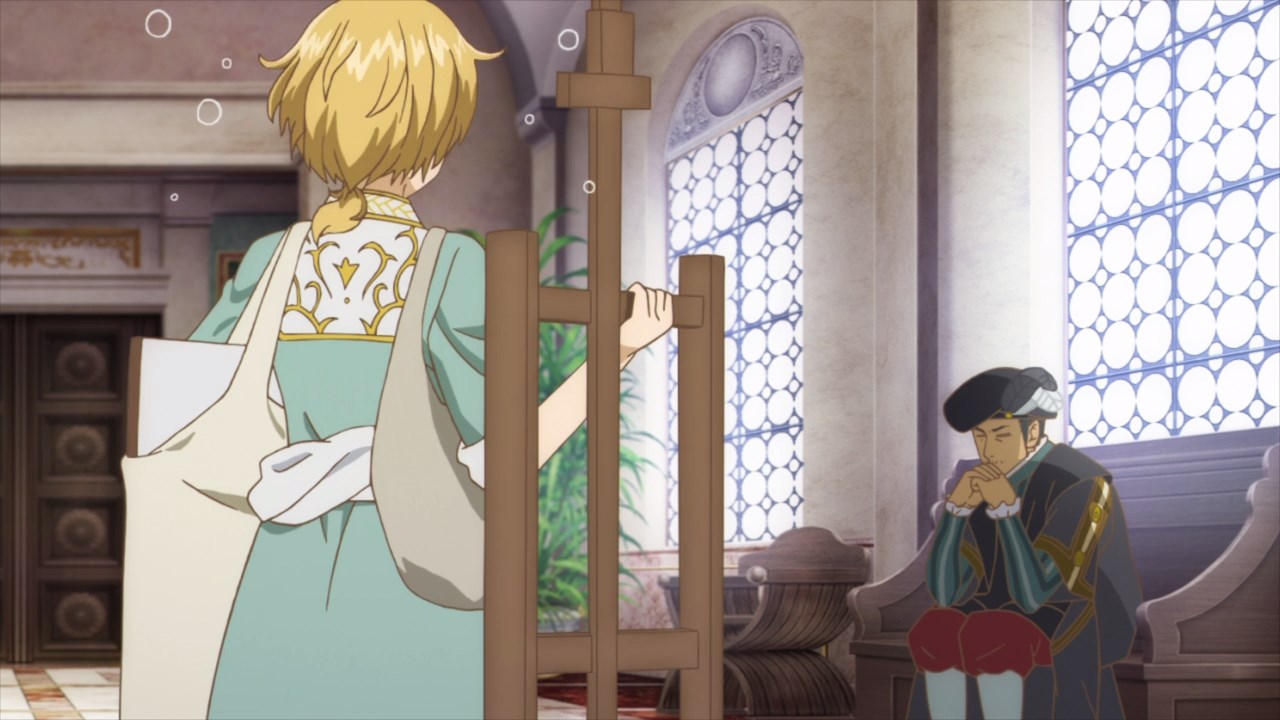 On the other hand, it appears that Arte met this man who’s waiting for Veronica, but he’s frustrated that the wait is so long that it felt like forever.

Good thing this man didn’t vent his frustrations on Arte or he’ll be very much in trouble. 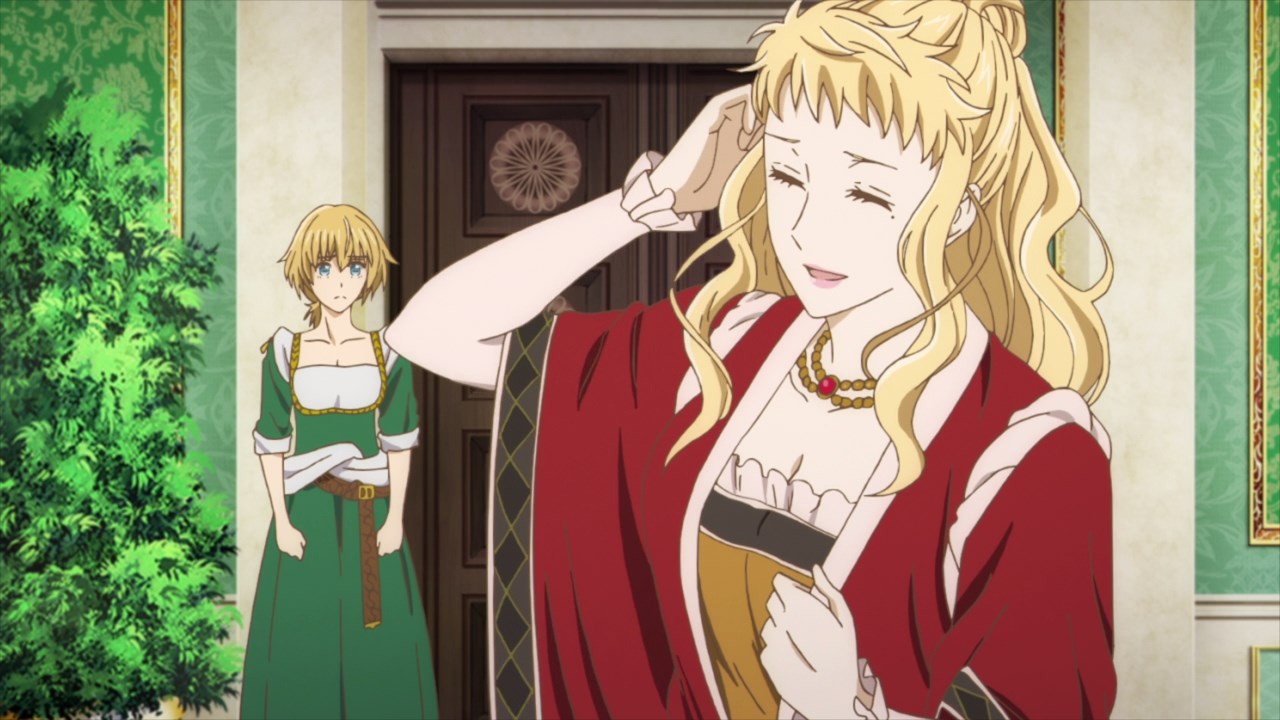 Anyways, here’s Veronica where she told Arte to ignore that man outside as the courtesan is playing hard to get on him. 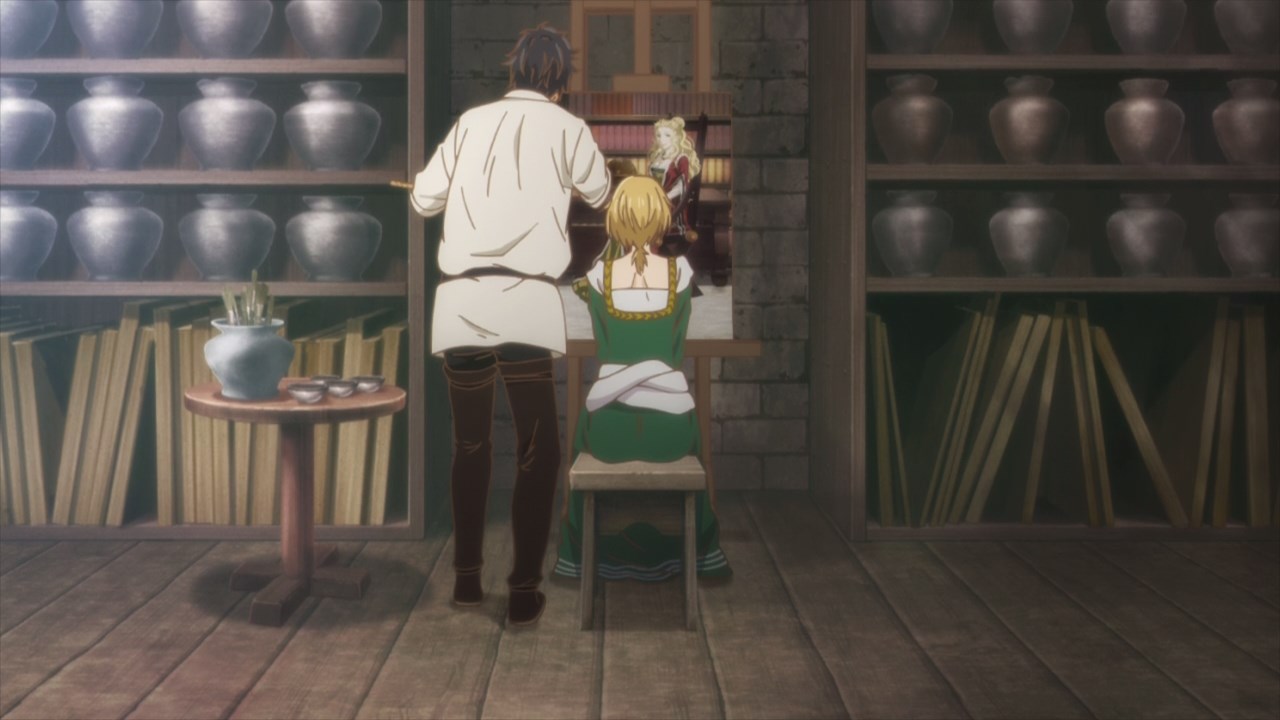 Still, Arte continues to finish Veronica’s portrait painting and this time, she’s no longer distracted by Leo as she’s really focused on her dreams of becoming an artisan. 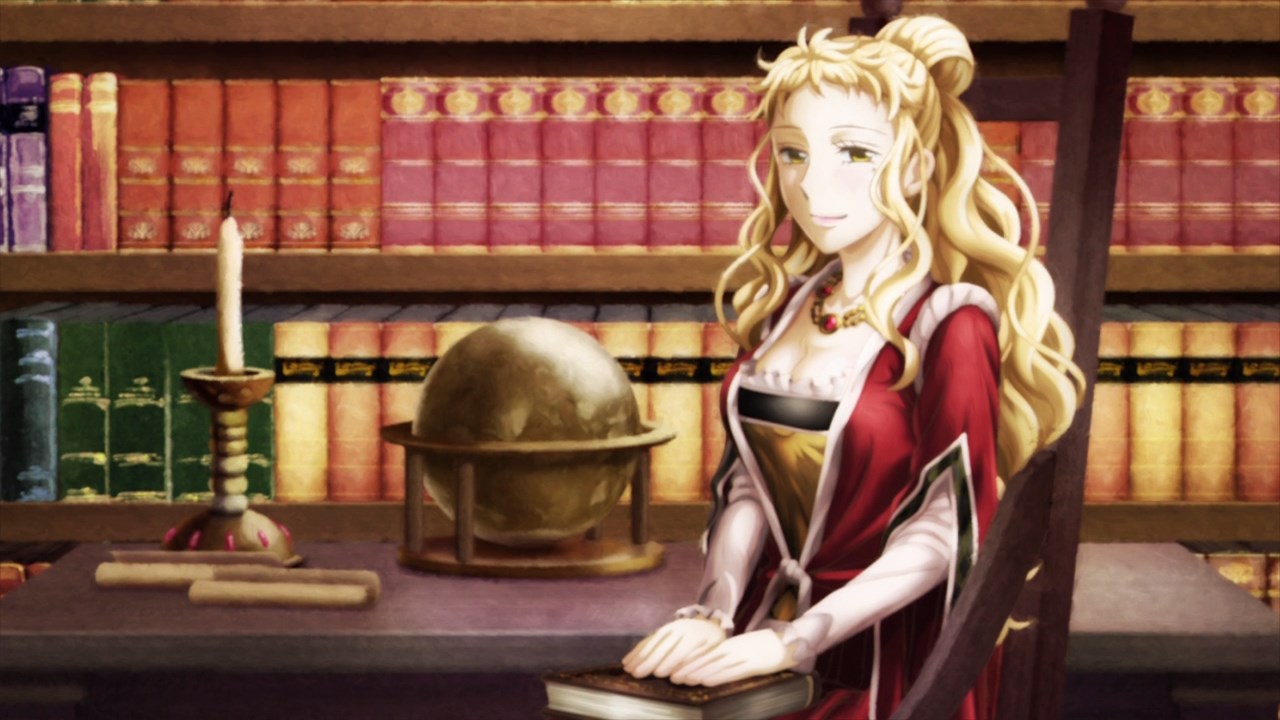 And here’s the finished product where I have to say that Arte did a great job on making a portrait painting of a courtesan. 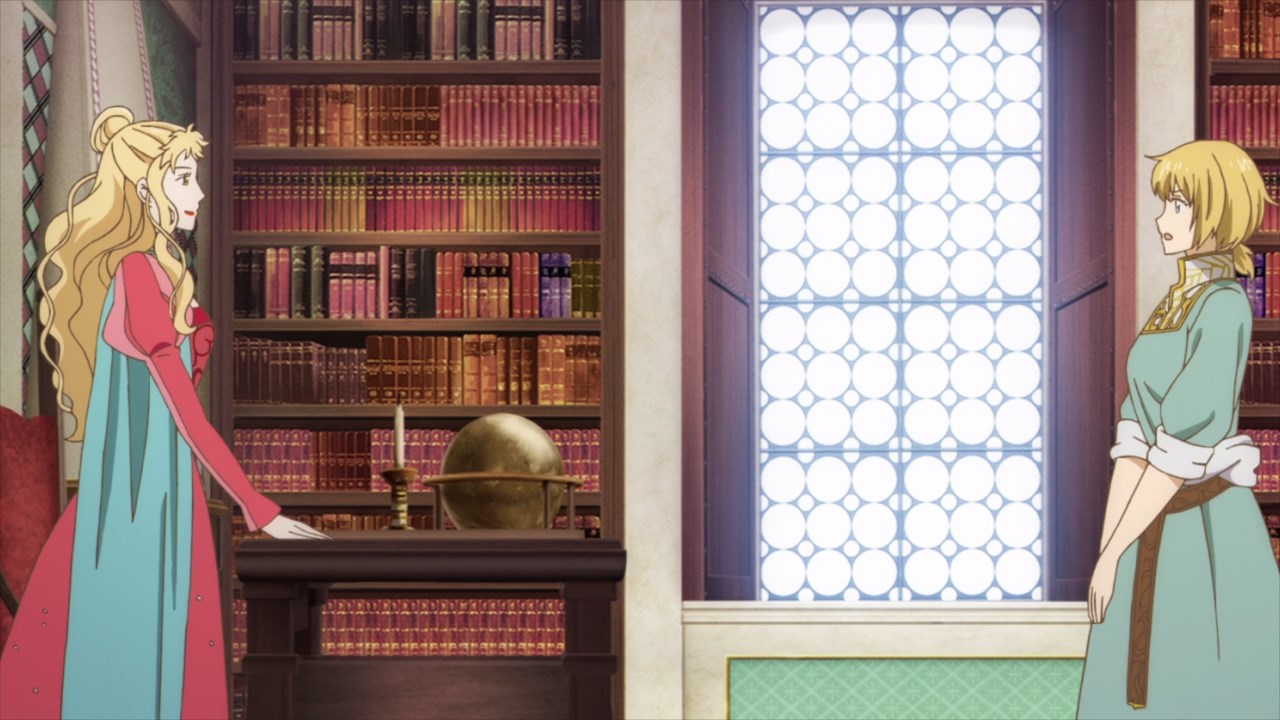 Of course, Arte won’t forgive Veronica for being a scumbag to various men who lusts for her, but she respects the courtesan for working on this seedier profession with her own power. 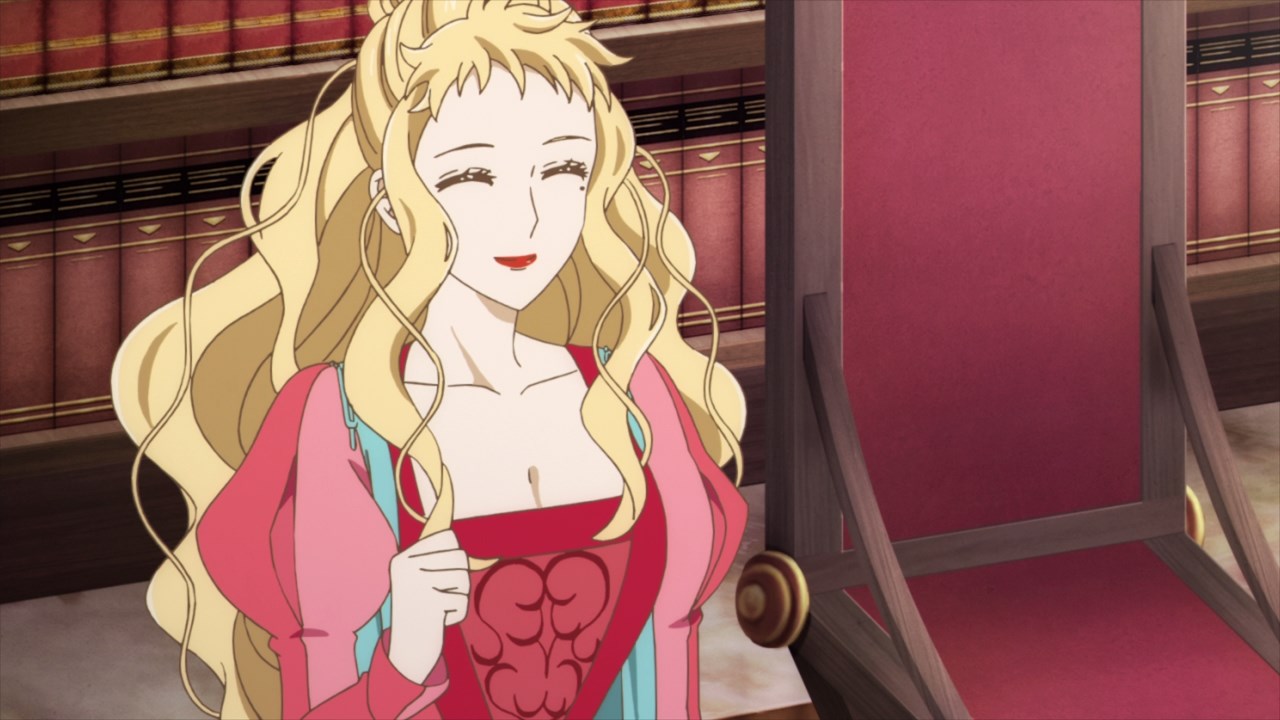 But hey, she’s okay with what Arte said as the courtesan is very interested on Leo’s apprentice. Still, we’ll be seeing Veronica in some future episodes.

For now, Arte made a major step in her career as an artisan now that she made a portrait painting. Let’s hope that she keeps on going next time!