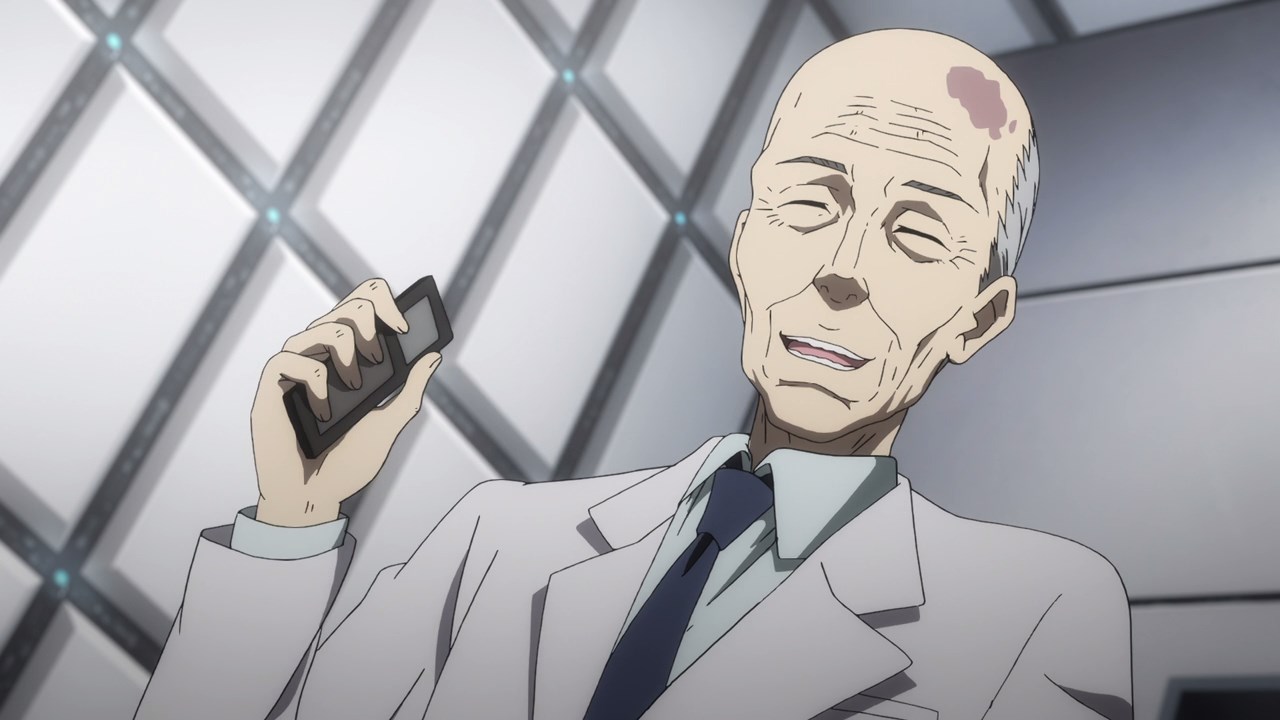 Well, we have some bad news on this episode as Gensei Kihara has the code to unlock Exterior’s limiters, meaning that it’ll boost Mikoto Misaka’s abilities until she reached Level 6.

This means that the only way to stop Mikoto is either Kuroko Shirai hunting down Mitori Kouzaku, or have Touma Kamijou and Gunha Sogiita punch the hell out of Misaka. 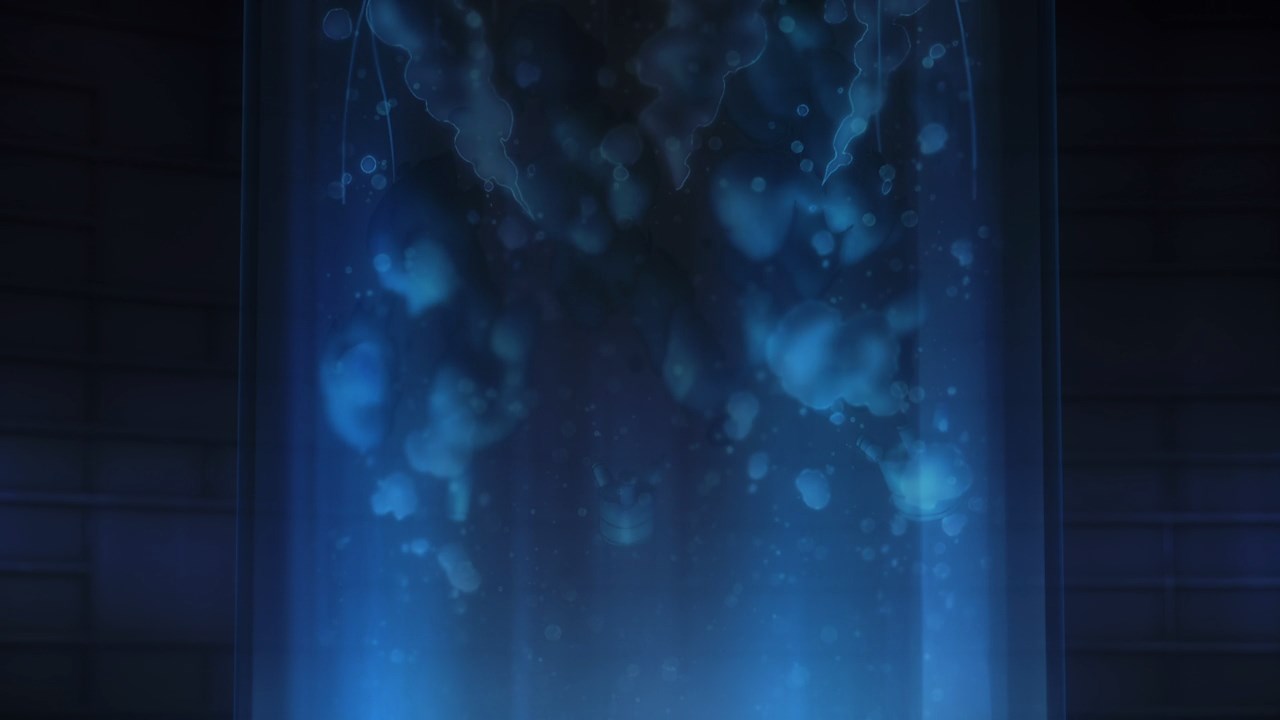 In any case, Gensei got the code to unlock Exterior’s limiter, but then its two giant brains disintegrated itself. What’s going on? 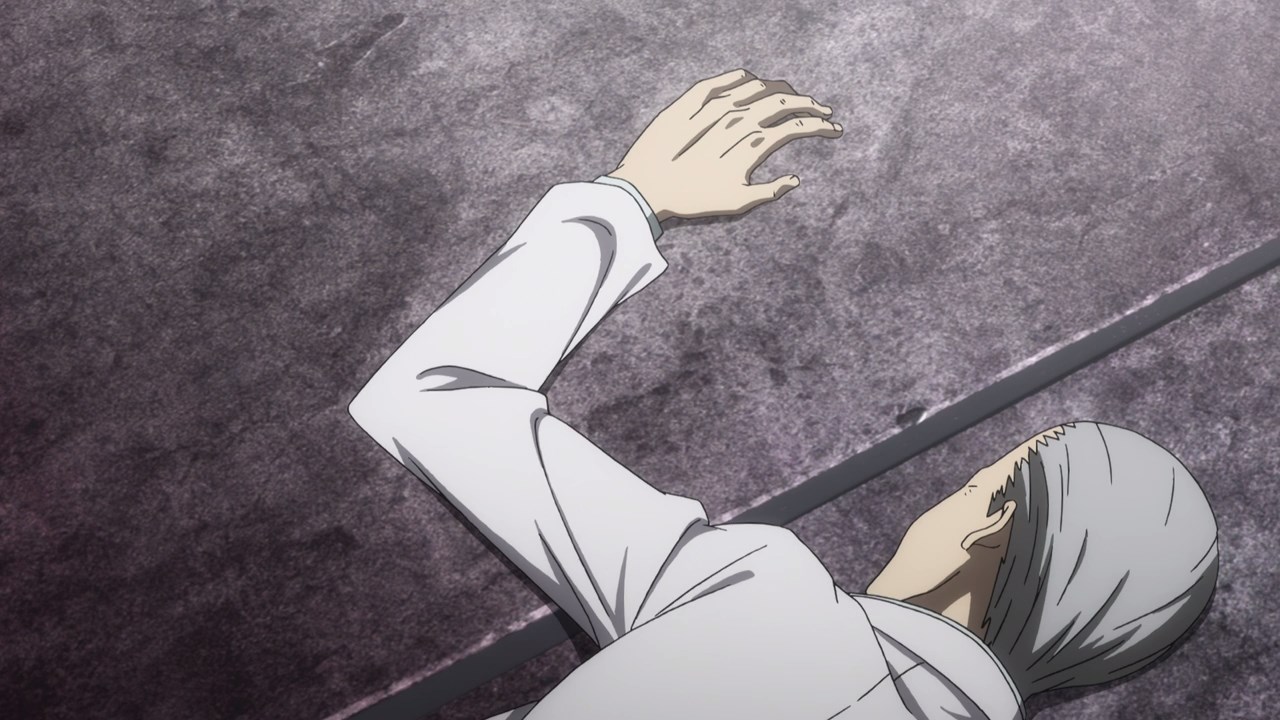 Oh, and it appears that the mad scientist collapsed after he realized that he entered the wrong code until it’s too late. But seriously, what happened here and how come the Exterior shut itself off? 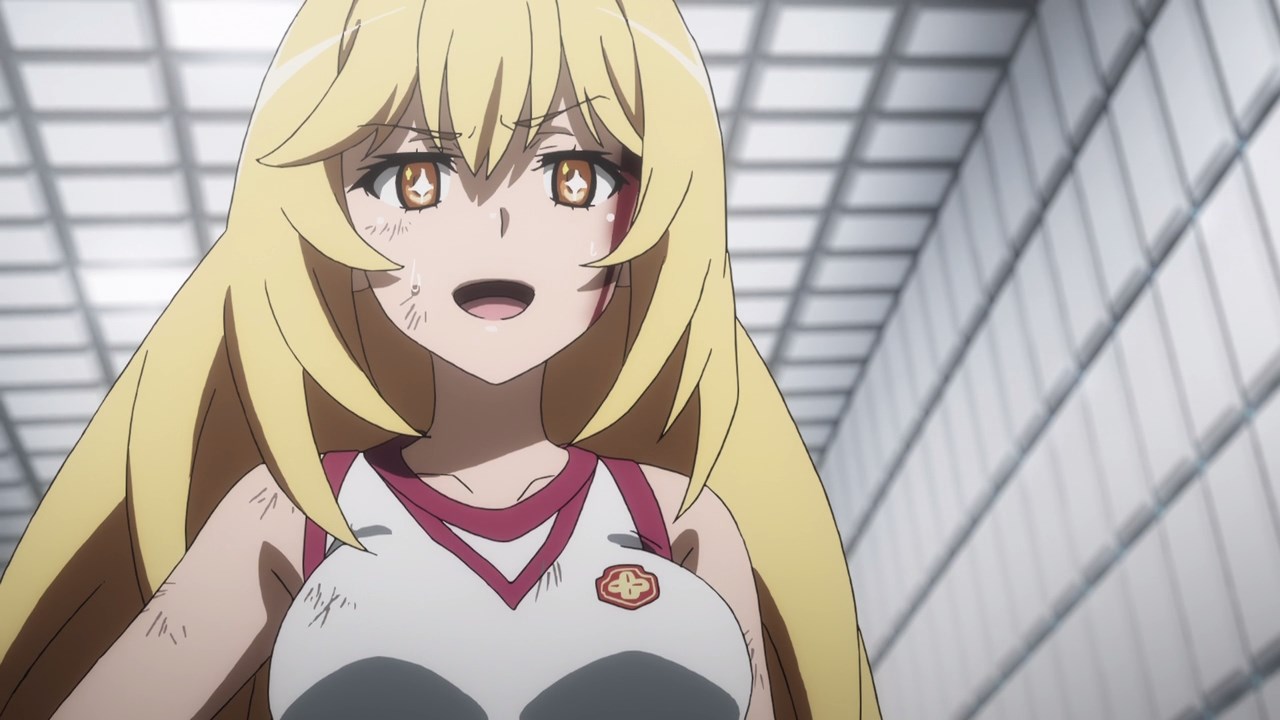 It turns out that Misaki Shokuhou tricked the mad scientist by changing the unlock code with a self-destructing one, although Misaki couldn’t remember anything on how she pulled it off. 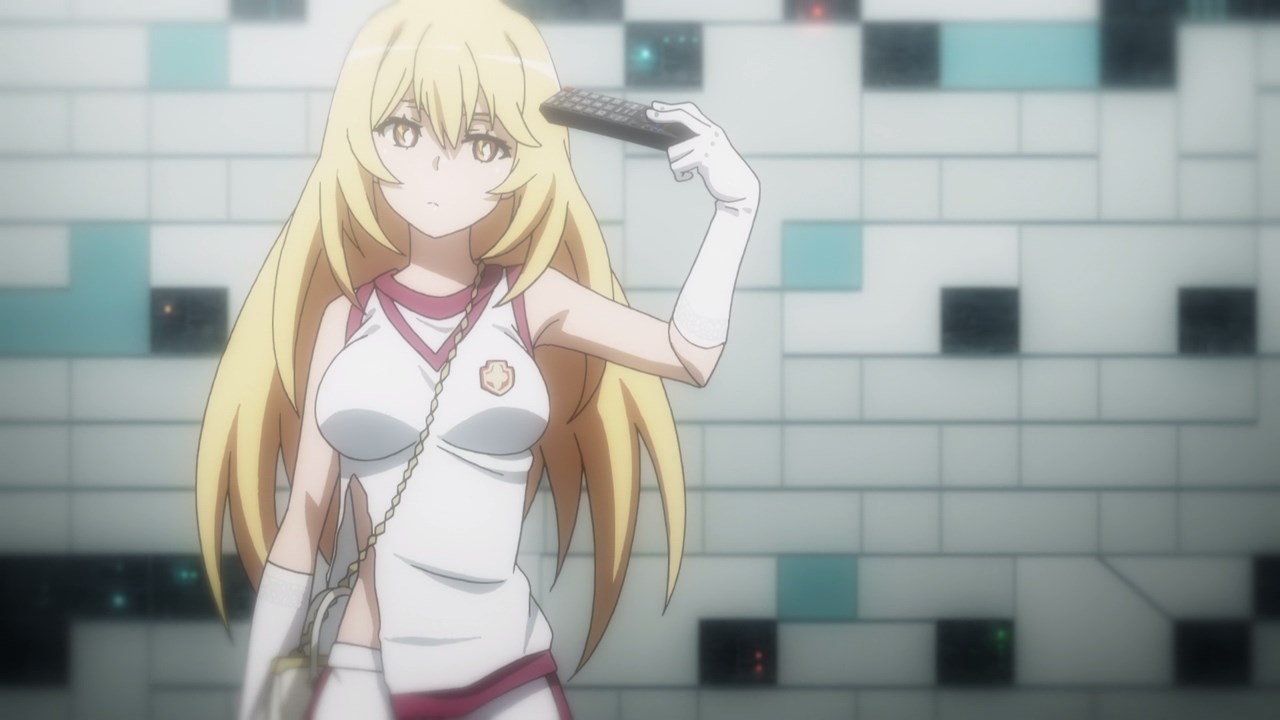 Well, to briefly explain on Shokuhou’s final gambit, she actually used Mental-Out on herself so that her memories regarding Exterior’s limiter unlock code will be lost forever.

But wait a minute, is she gonna forget on restoring the memories of Mikoto’s friends? Dammit Misaki Shokuhou, you should have restored it before pulling that stunt! 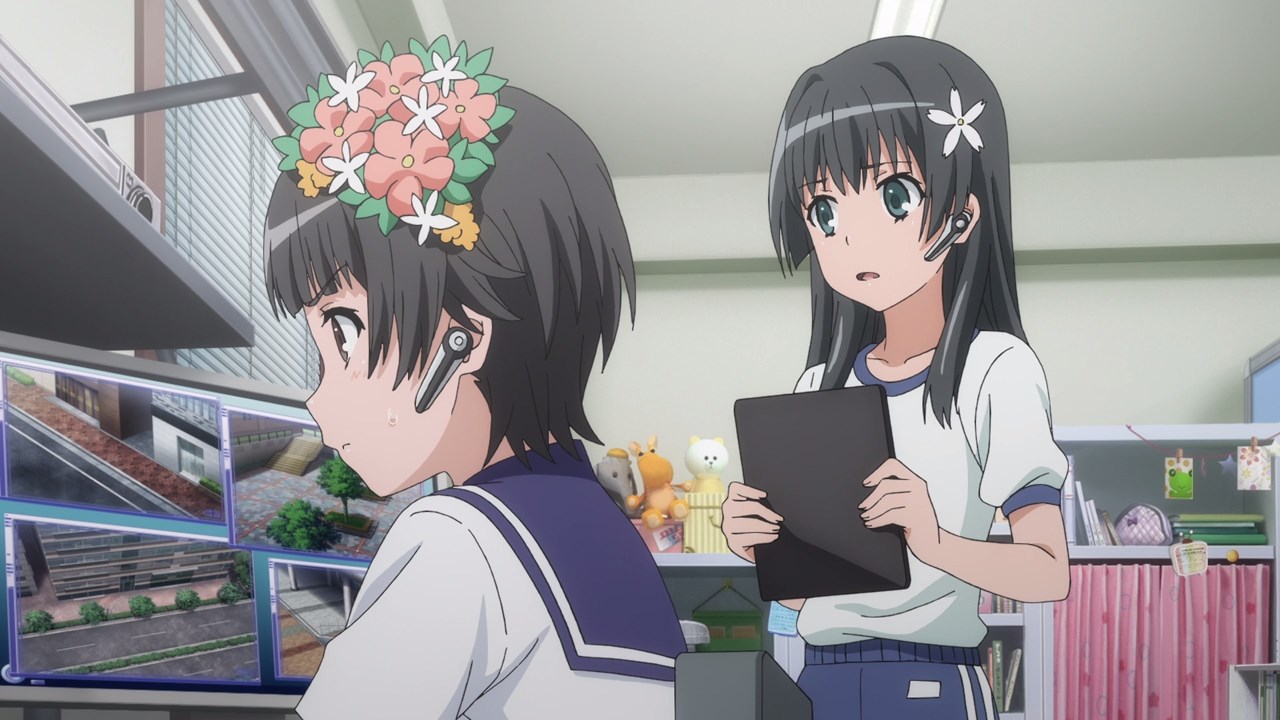 Meanwhile, we still have to deal with Mitori Kouzaku and her liquid metal clones (or liquid shadows as Mitori called it) as Kuroko Shirai is struggling to find the culprit.

Luckily, she has Ruiko Saten and Kazari Uiharu are backing her up as they found out that Kouzaku is using cameras to locate Shirai so that her clones can hurt her while hiding somewhere. 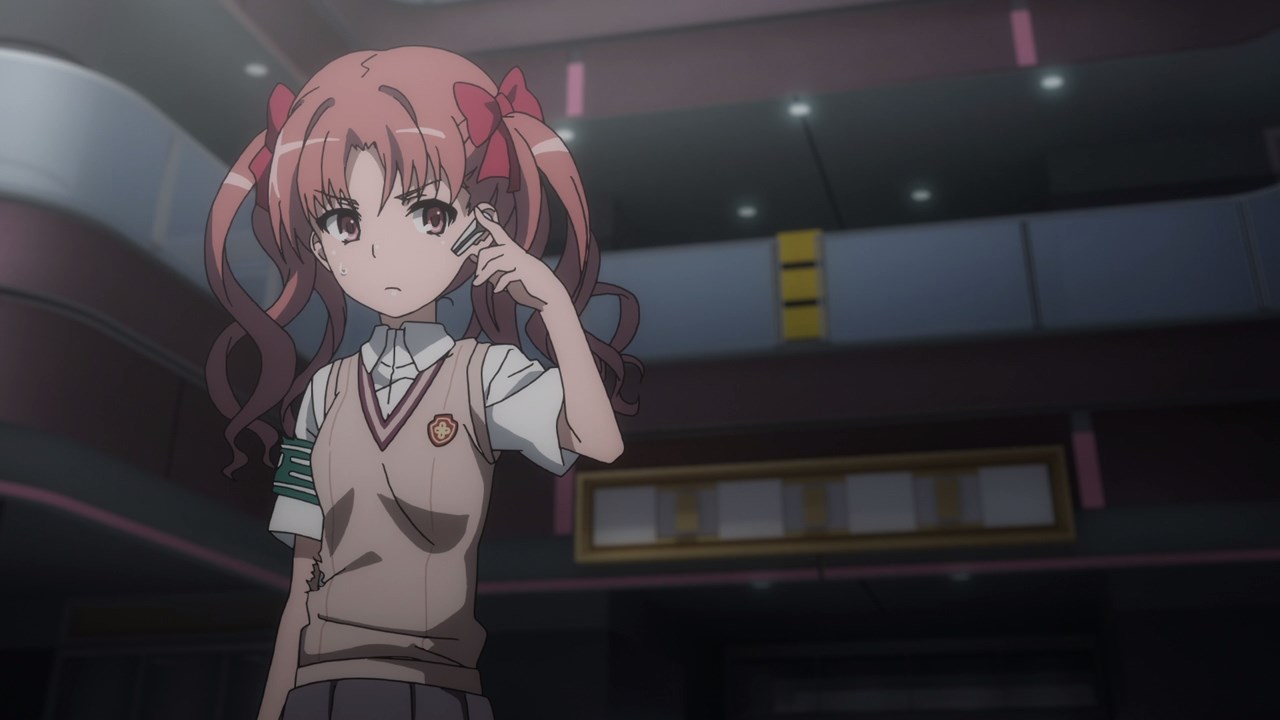 All they need to do is to tell Kuroko on Mitori’s strategy, and then try to find her hiding place while tricking the cameras into thinking that Shirai went somewhere.

But you know what, I think Kuroko Shirai will have to find Mitori’s hiding spot as soon as possible… 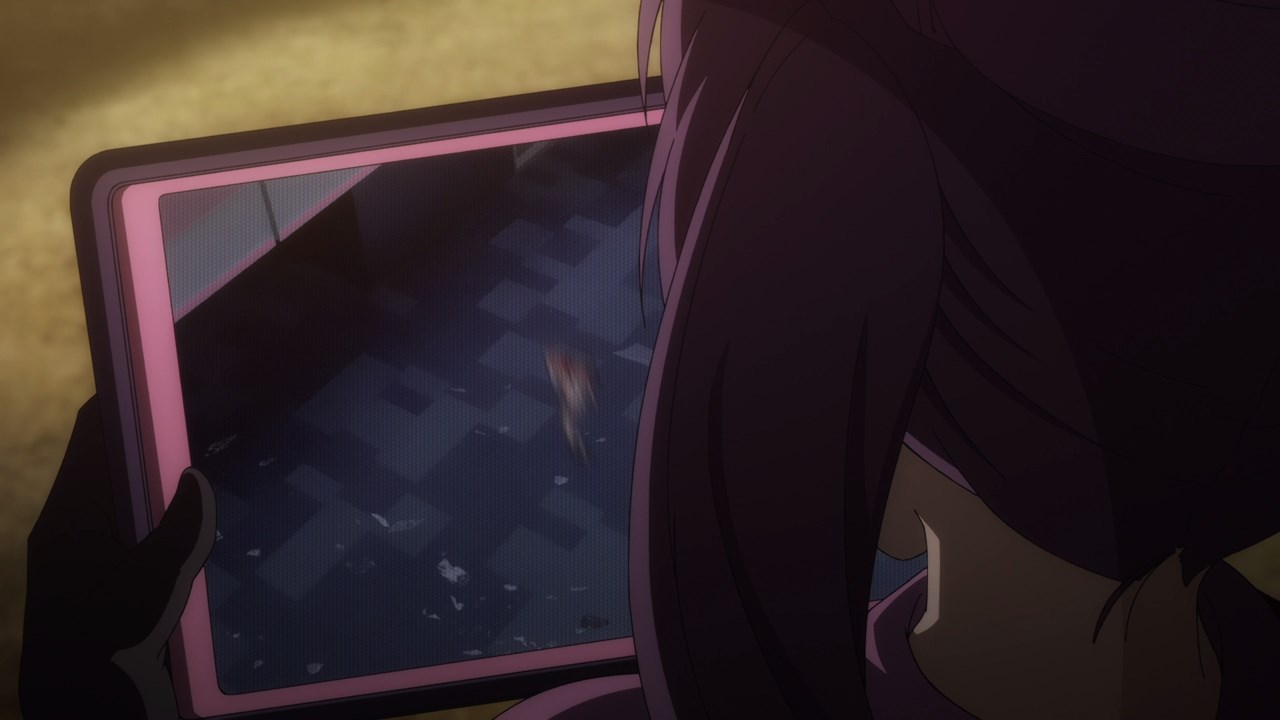 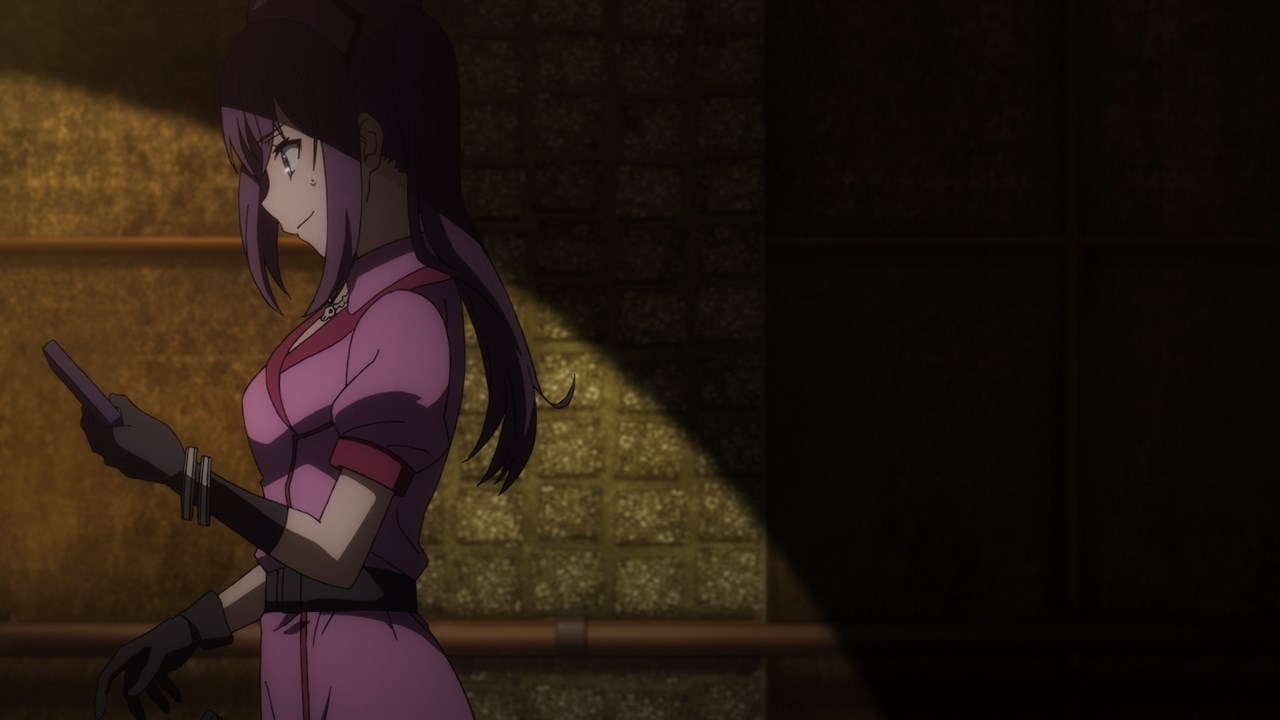 …especially when Kouzaku is just watching her every move at the sewers. Then again, I think that staying at the sewers for far too long would be bad for Mitori. 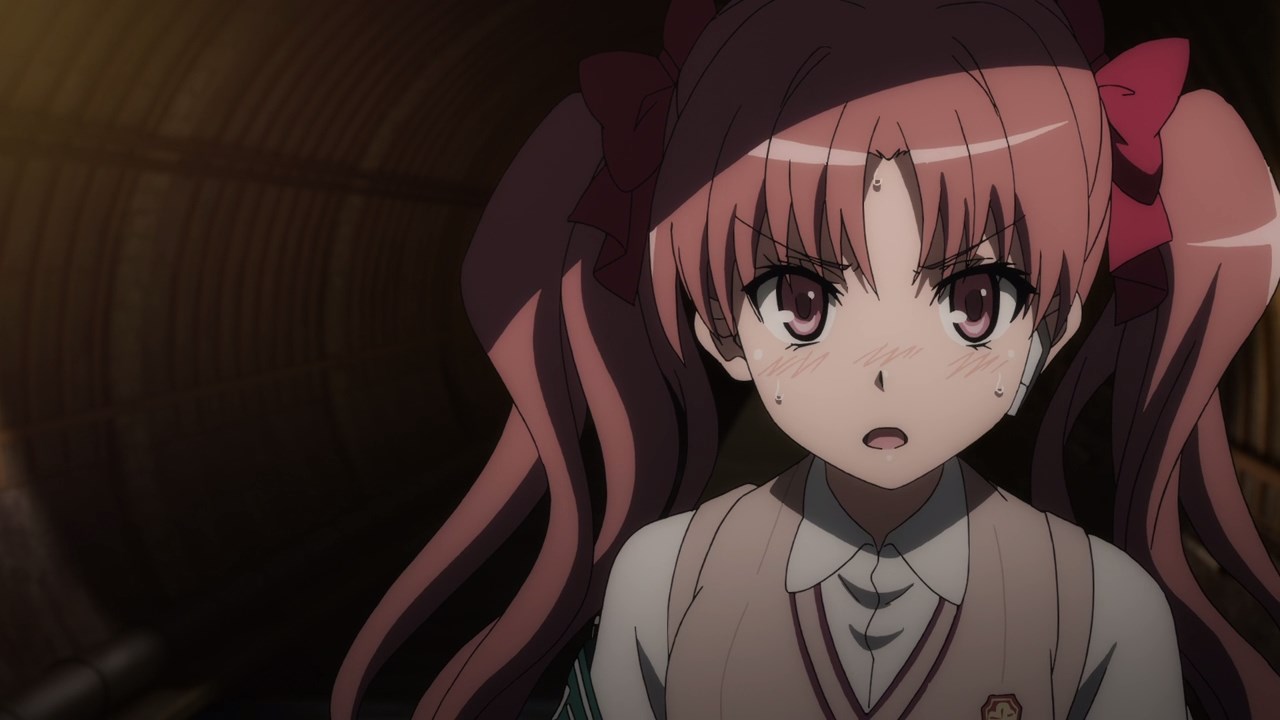 In fact, Kuroko Shirai has finally found Mitori Kouzaku at the sewers as she found out that the surveillance cameras didn’t catch her.

It was then that all of the cameras were hacked once Kouzaku went into the sewers but despite hiding her trail, Uiharu managed to find Kouzaku thanks to her hacking skills. 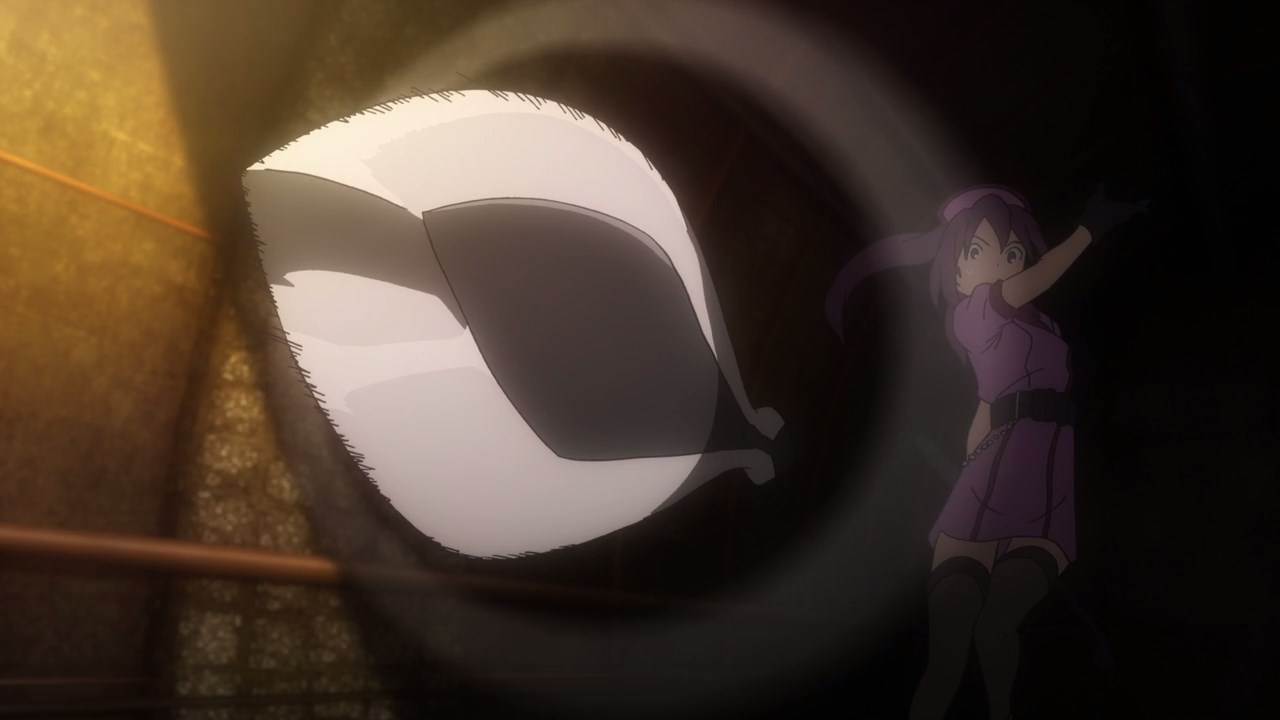 Still, she’s not gonna get caught by either Judgment or Anti-Skill as Mitori decided to fight back by throwing a knife straight to Kuroko’s head. Of course, Kouzaku will throw another if Shirai dodged that. 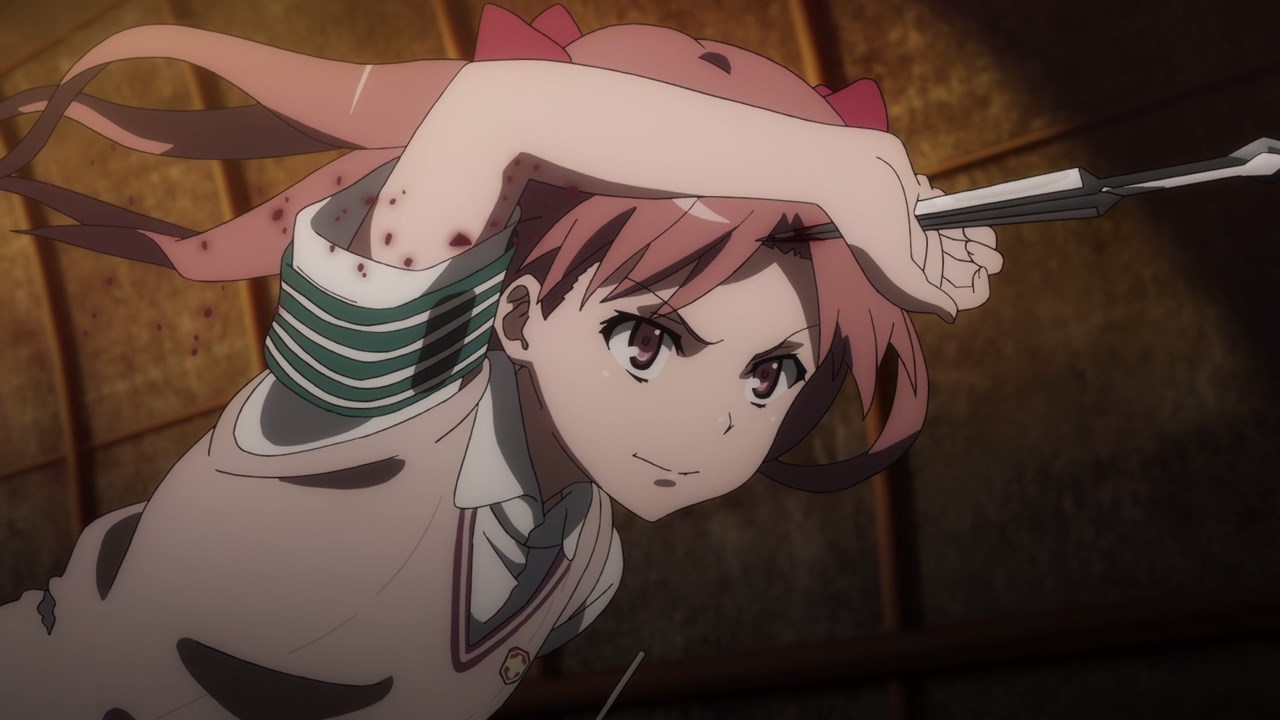 Unfortunately for Kouzaku, Shirai knows that she’s gonna throw another knife once Kuroko teleported to another area, so she used her right hand to block Mitori’s throwing knife. Then again, it’s gonna be painful for Kuroko to pull that knife out from her hand. 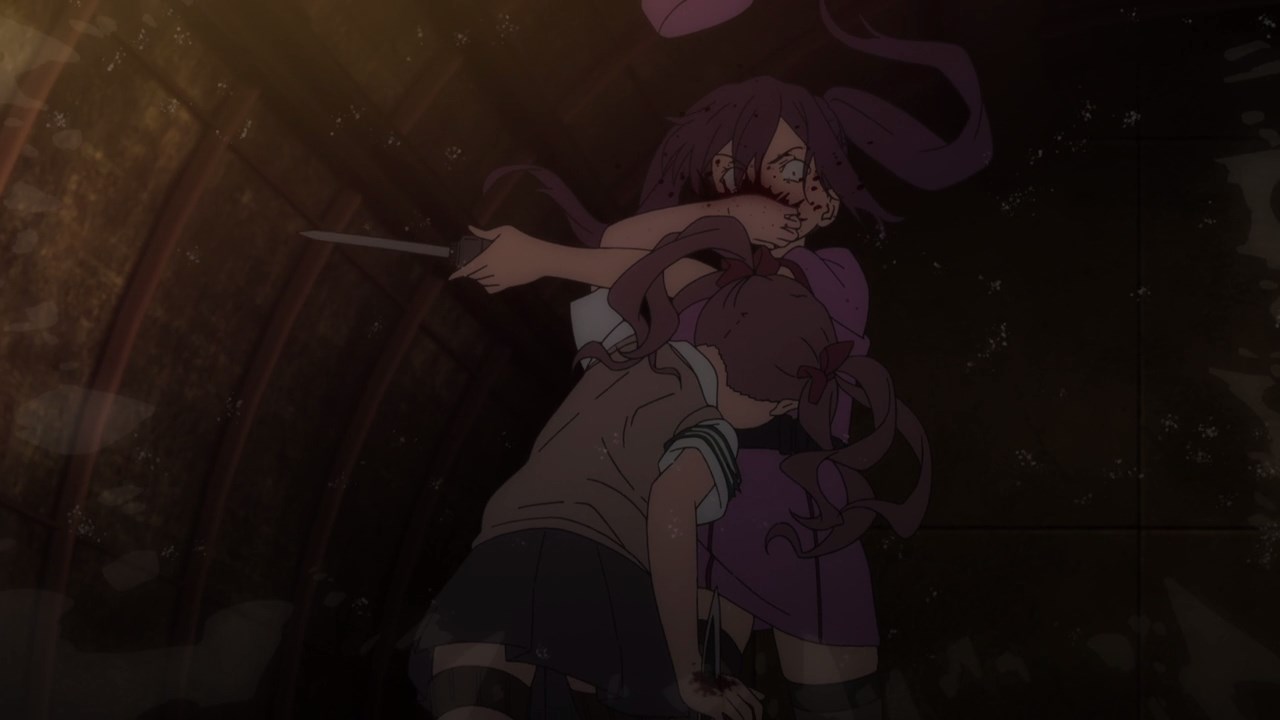 And then followed by delivering a devastating backhand from Kuroko’s left hand towards Mitori’s face for good measure, thus knocking her out for good.

Well then, that’s the end of Mitori Kouzaku’s game of hide-and-seek but you know something, it appears that she knows Dolly all along but Mitori didn’t realize that her friend was dead for a long time.

Even then, working along with Gensei Kihara was the biggest mistake in her life and I’m sure that the mad scientist would dispose Kouzaku once a Level 6 esper is born. 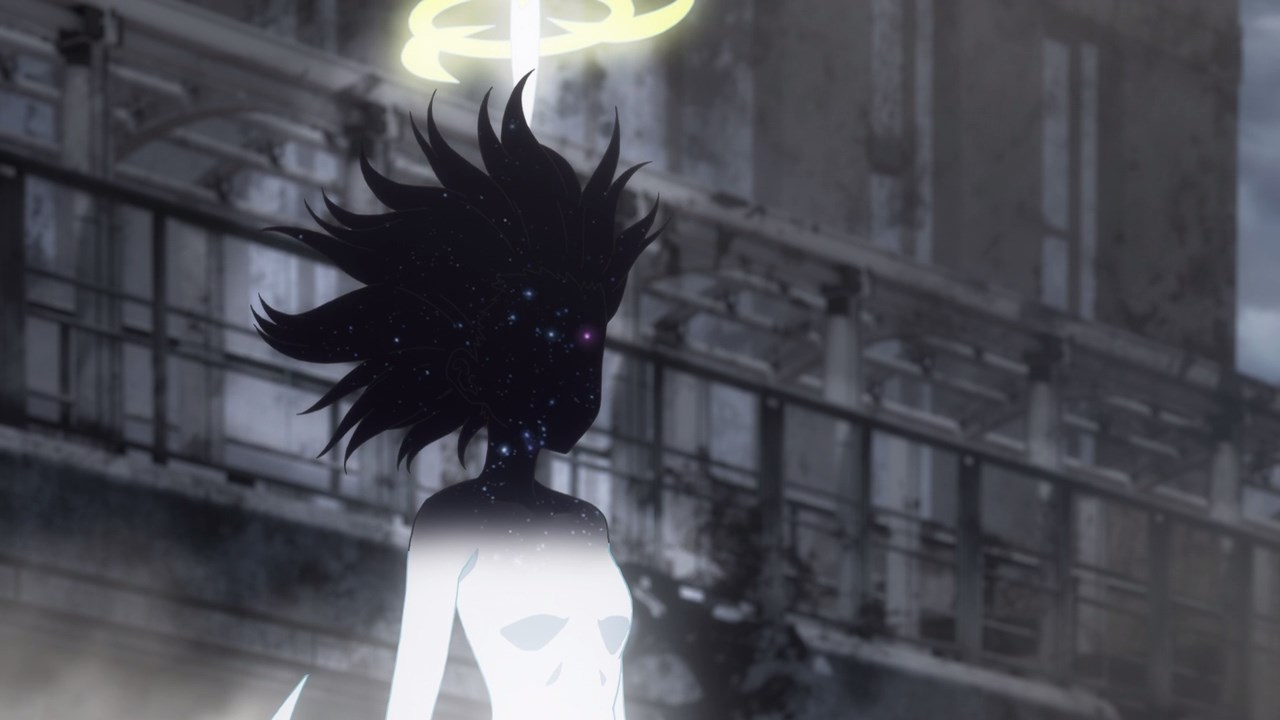 And yet, all of Gensei’s plans to turn Mikoto Misaka into Level 6 were disrupted thanks to Misaki Shokuhou’s meddling.

Of course the problem now is that Mikoto’s body has changed into some celestial being and instead of reaching Level 6, her body might disintegrate due to its large surge of cosmic power. 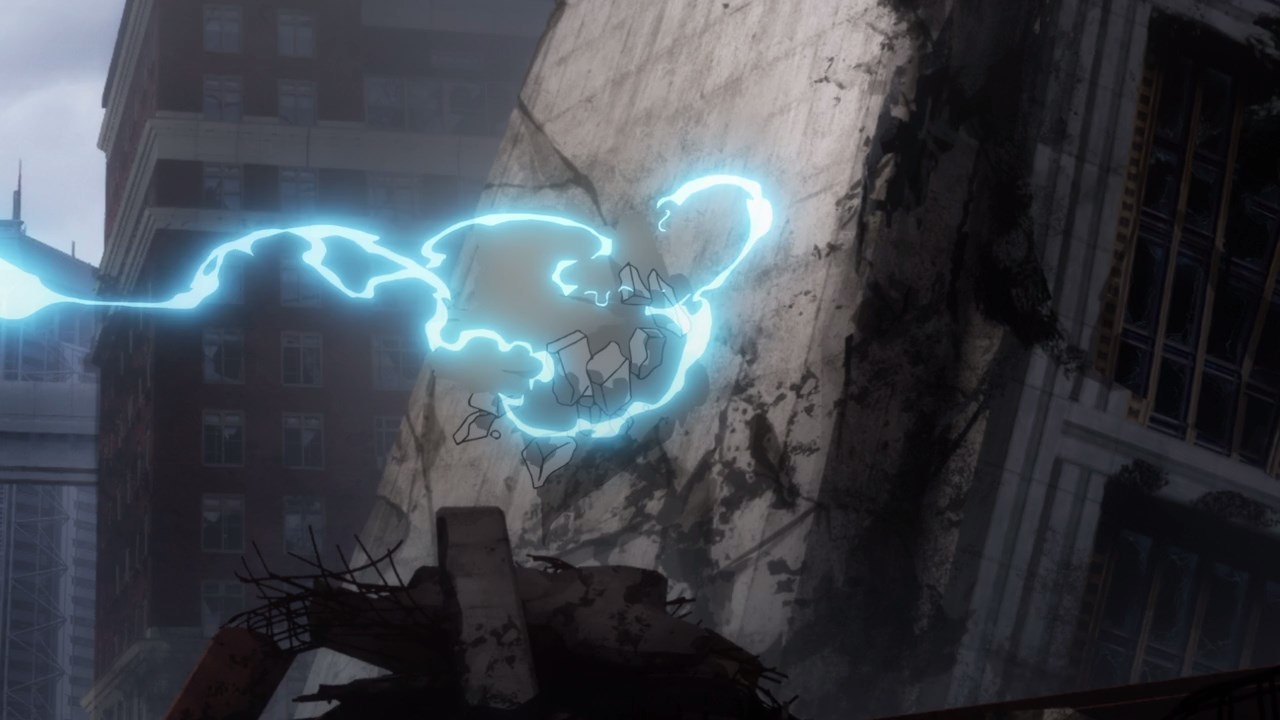 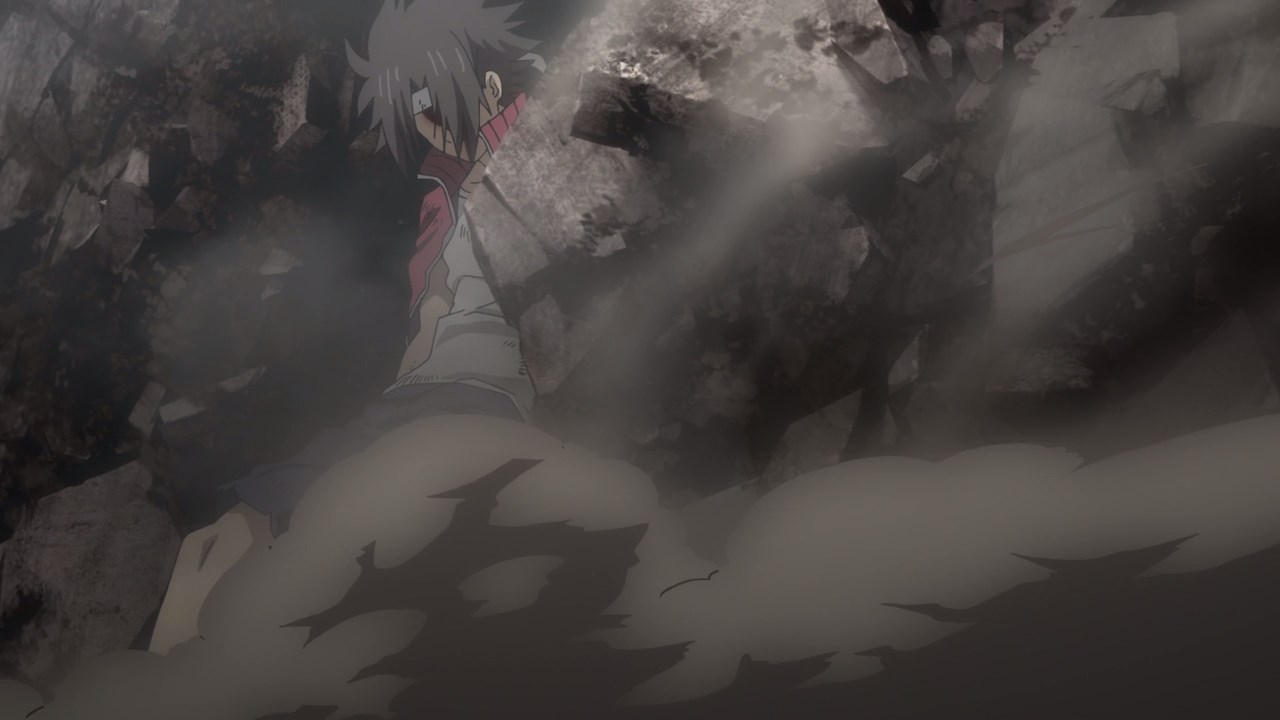 Even worse is that Gunha Sogiita got knocked out cold thanks to Misaka’s uncontrollable power. Well, this leaves Touma Kamijou as the only guy to stop Mikoto.

Speaking of Mikoto Misaka, she regained her senses now that both Gensei Kihara and Mitori Kouzaku are out of the game.

However, it appears that she can’t control her body because this black hole is stopping Mikoto. I smell a meltdown coming in Academy City if Touma Kamijou didn’t stop Misaka in time. 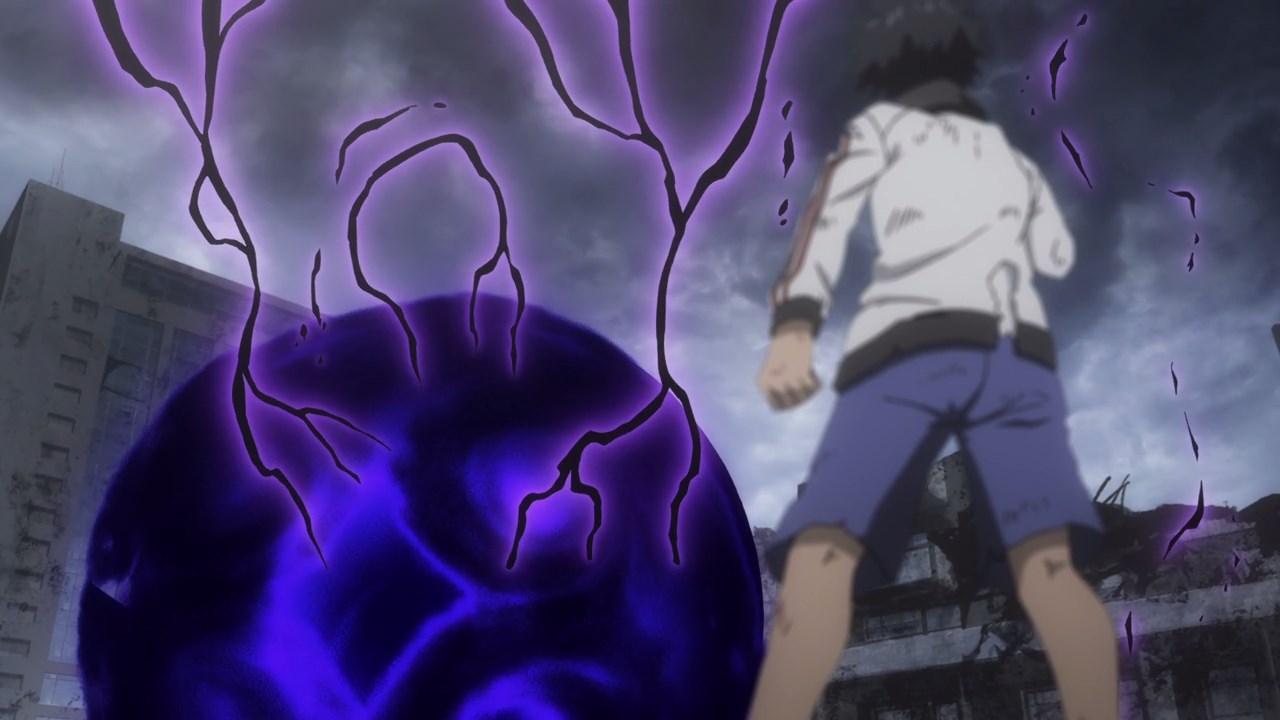 But that’s about it for Episode 13 and damn, it’s sucks that this episode will end in a cliffhanger instead of concluding the Daihasei Festival Arc.

And you know what’s worse? We’ll have to wait for at least 2 weeks for the new episode, although we might take it longer due to the ongoing pandemic. But anyways, I’ve managed to caught up with the latest episode but it’s gonna be a long wait for the conclusion.