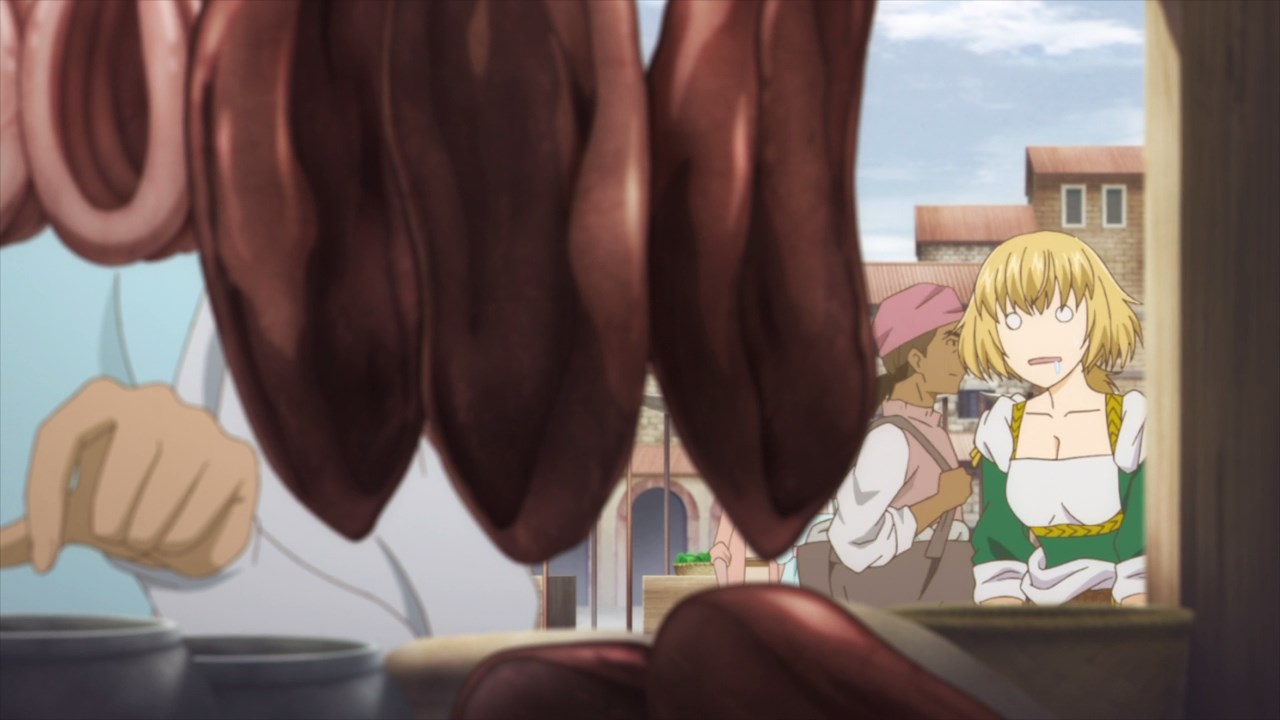 Well look what we have here, it appears that Arte is very hungry that she wants to eat meat, but the problem is that she doesn’t have money to buy a meal. 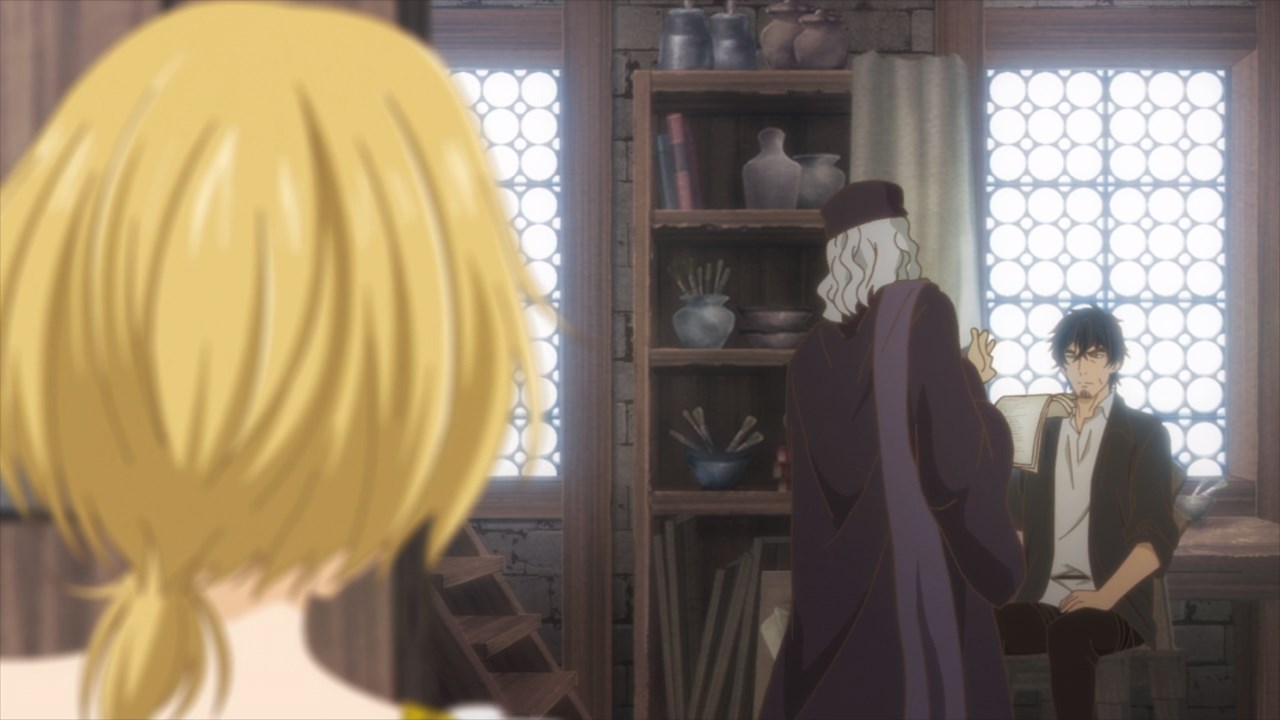 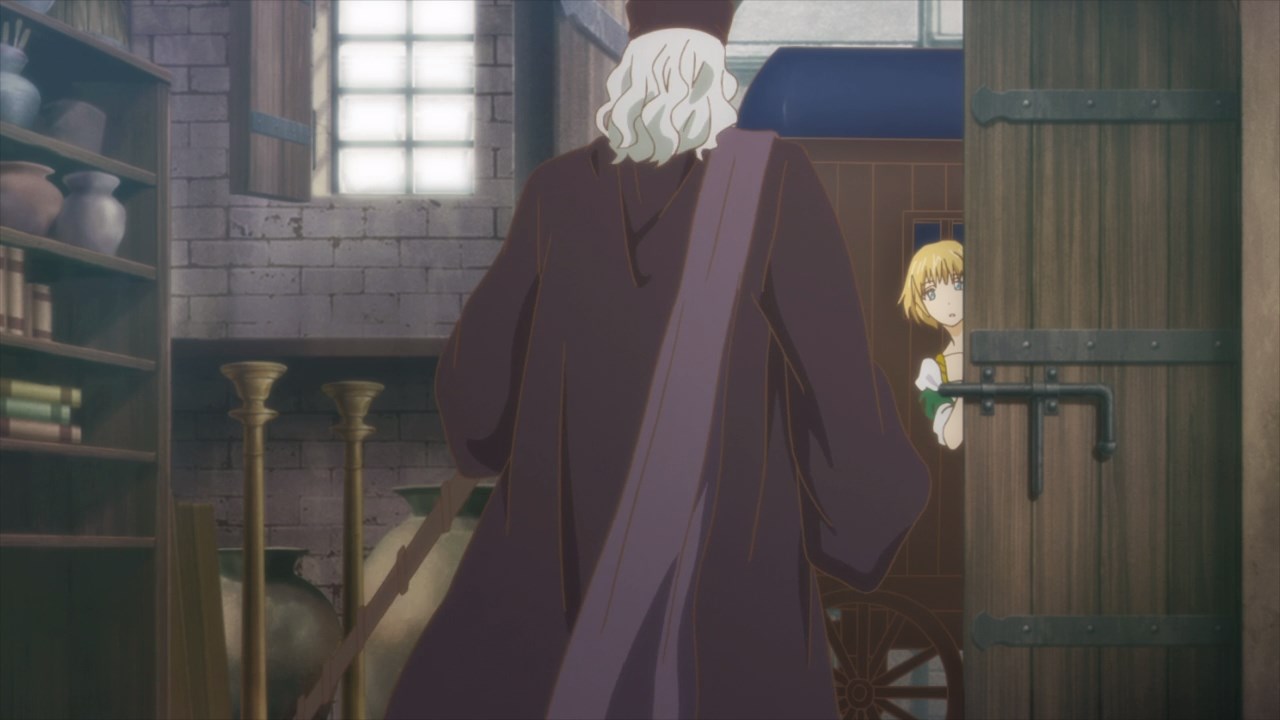 With that said, the old man left the workshop in a pretty bad mood. 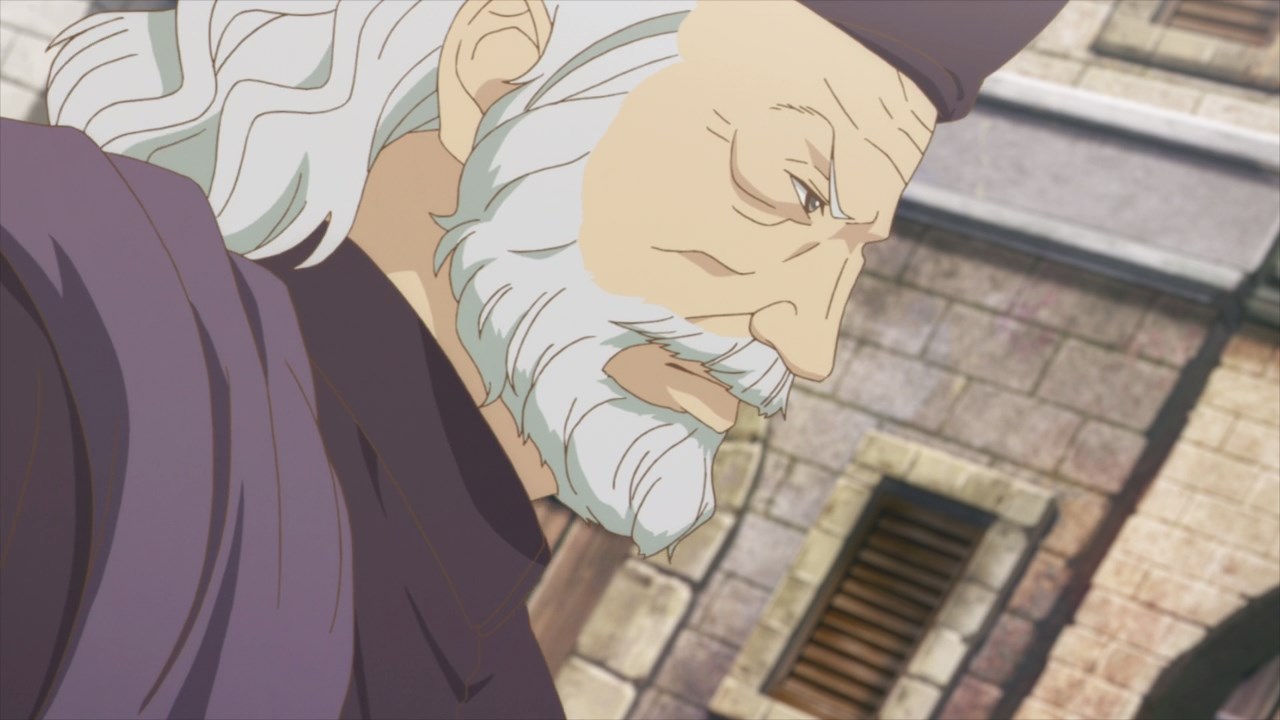 Said old man happened to be Ubertino who’s a long-time patron to Leo, but then again he’s really angry at the artisan at the moment so what made Ubertino get pissed at Leo? 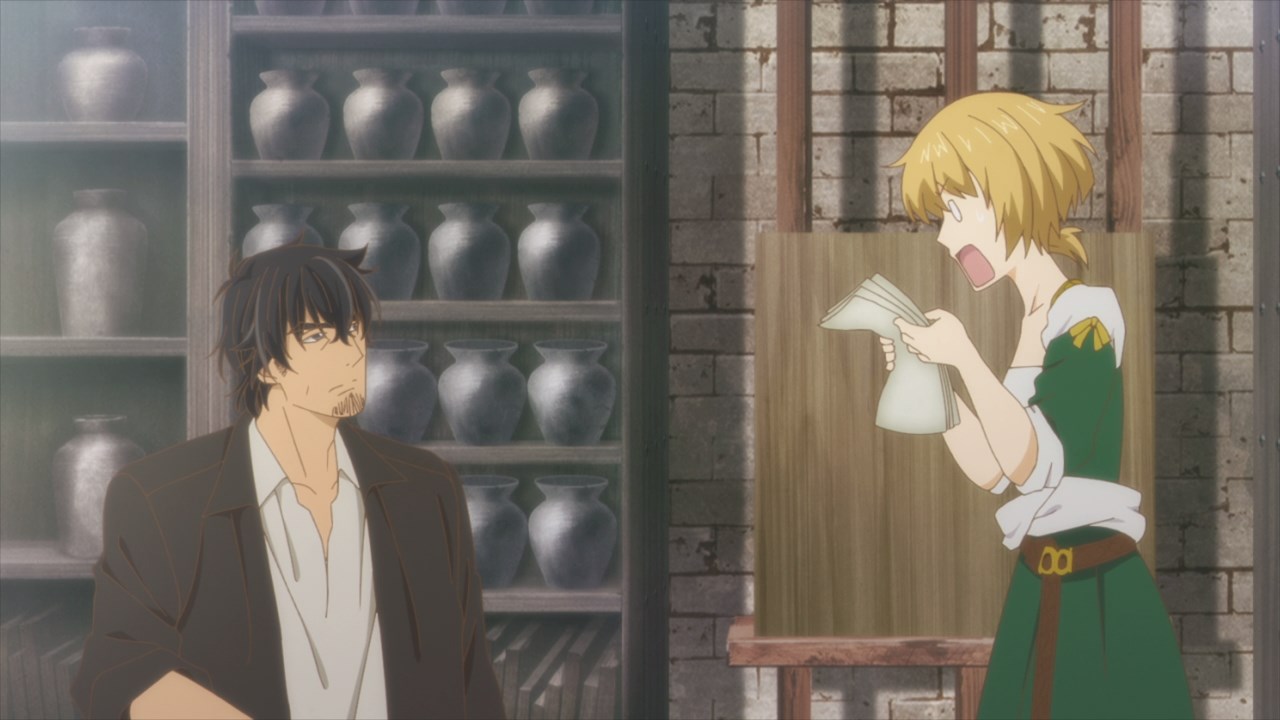 Well you see, Leo got mad because Ubertino asked him to order blue and gold pigments which is quite expensive at that time. Heck, even Arte is shocked that Leo’s patron wants to order expensive materials just to make a painting.

So therefore, the disagreements followed between Leo and Ubertino in which the former won’t buy expensive pigments just to make something for the latter. But you know what, I think it’s time for Arte to do something to help her master… 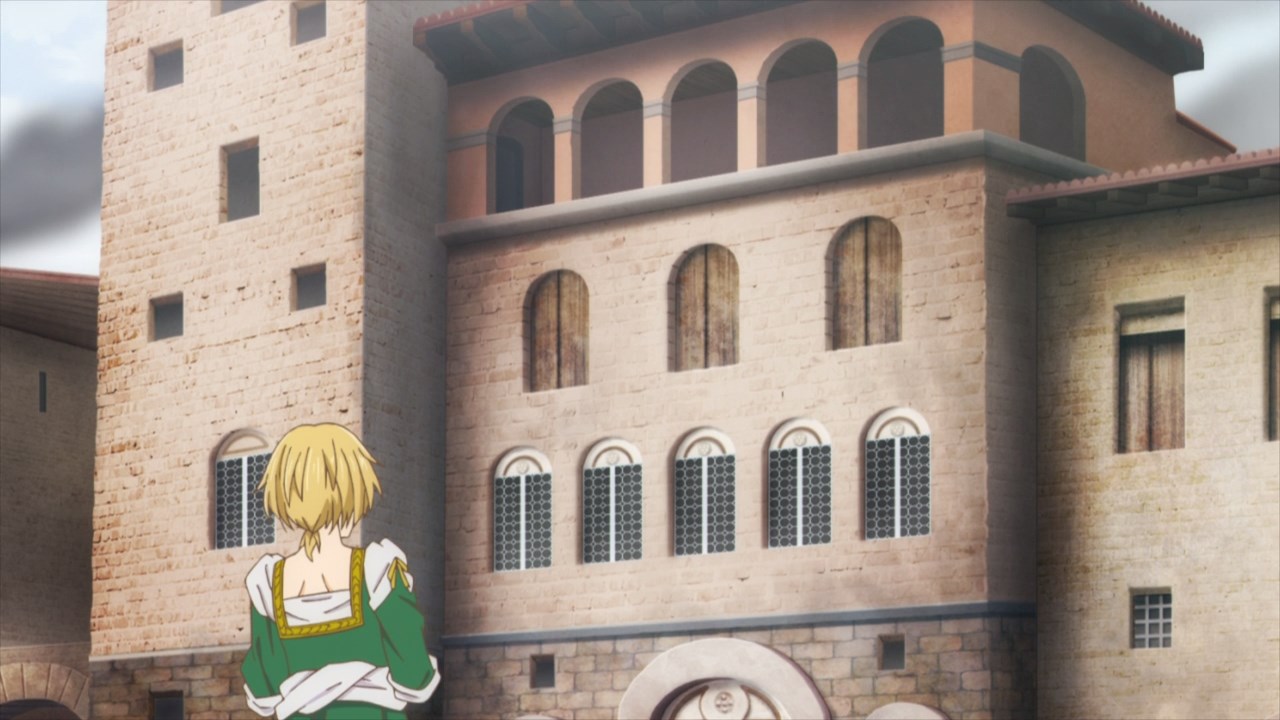 …and that’s by going into the lion’s den that is Ubertino’s mansion. Let’s see if Arte can strike a deal with Leo’s disgruntled patron. 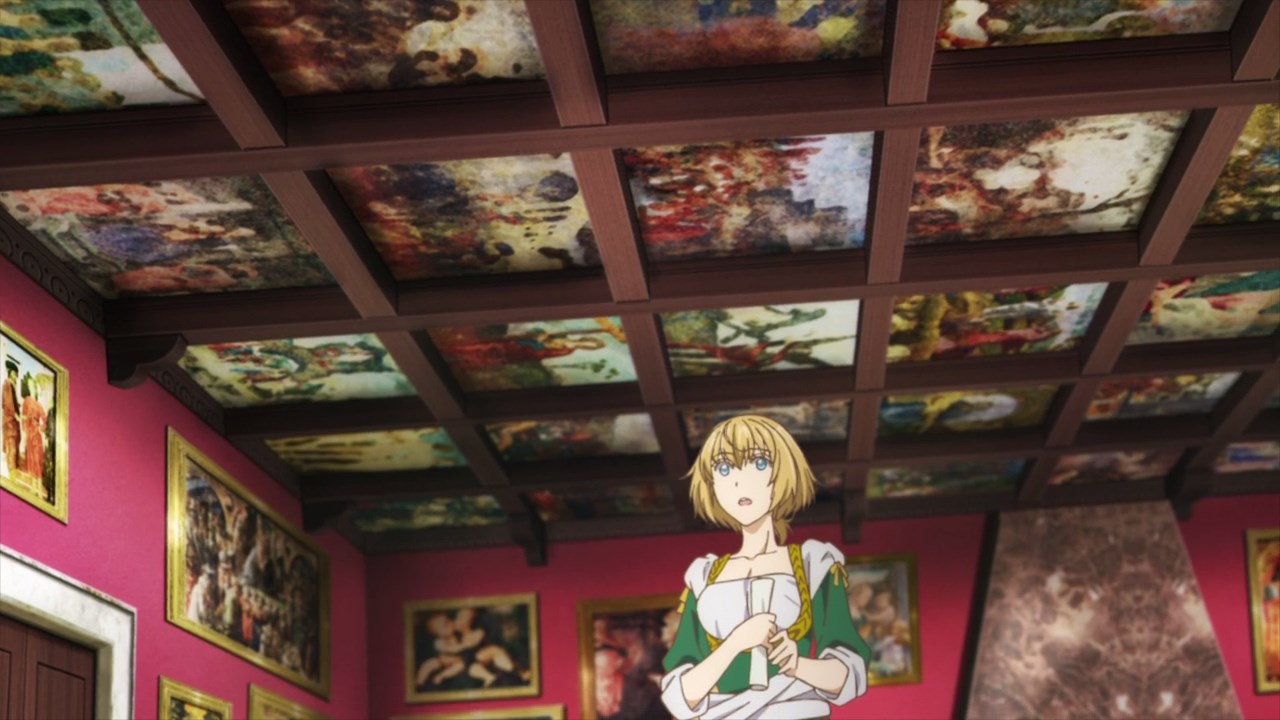 Now then, Arte went inside Ubertino’s mansion where she’s greeted by various paintings that adored the entire lobby room. I wonder if Ubertino has some appreciation when it comes to art? 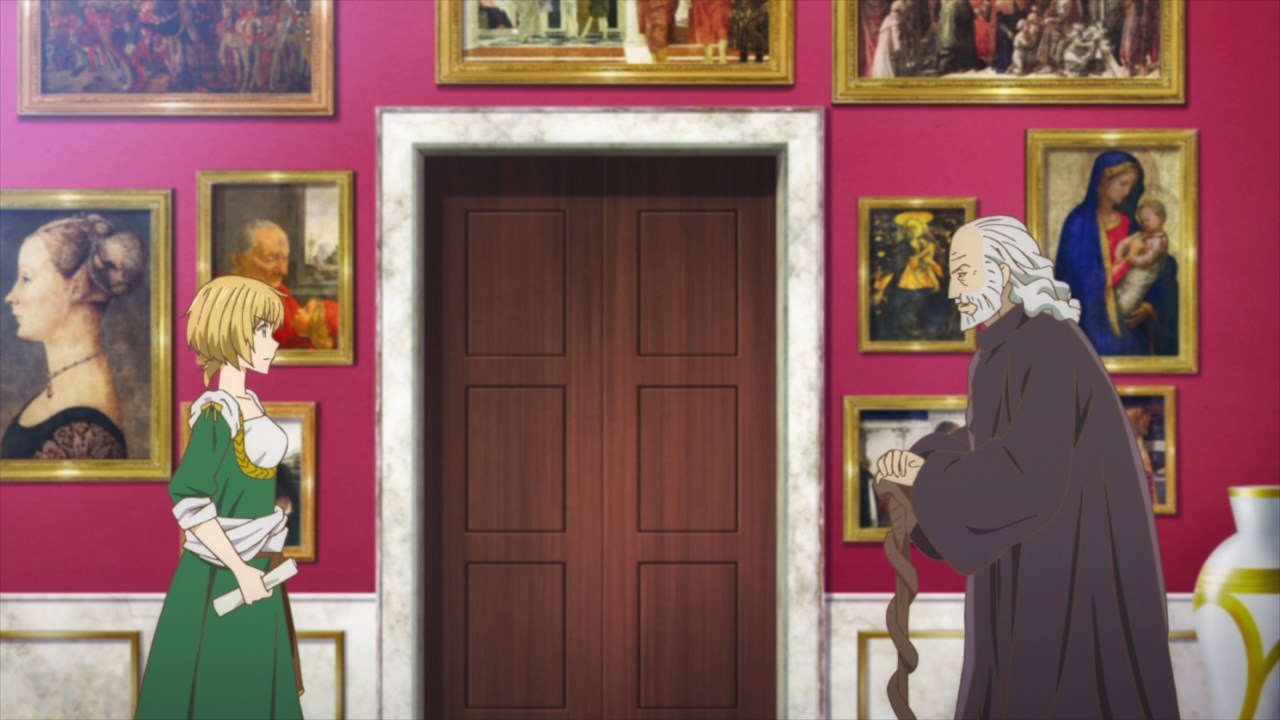 Anyways, here’s Ubertino where he told Arte that if she wants to talk about his orders towards Leo, he won’t change his mind at all. Well, seems that Ubertino is one stubborn patron that convincing him will take some effort. 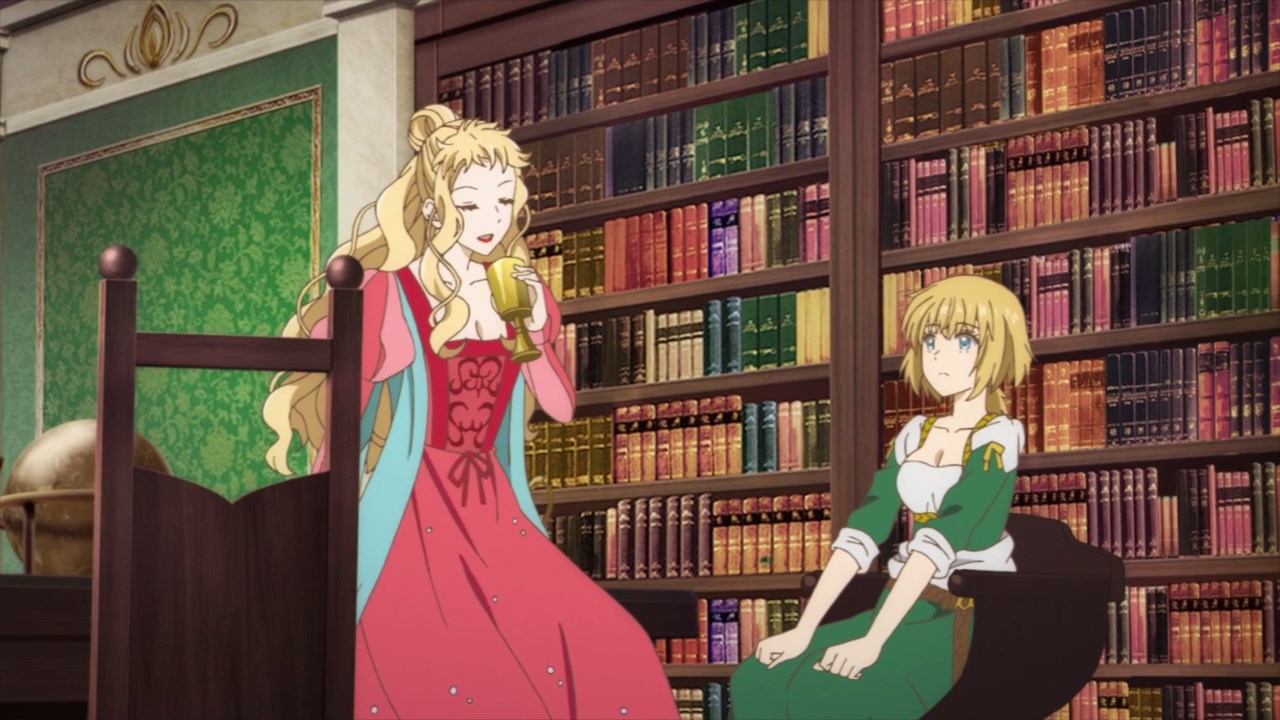 But you know what, I think Arte should seek some help from Veronica. After all, this courtesan and her feminine charms can swoon every man across Florence, Italy. Of course, Veronica won’t tell Arte to use her own body to change Ubertino’s mind. 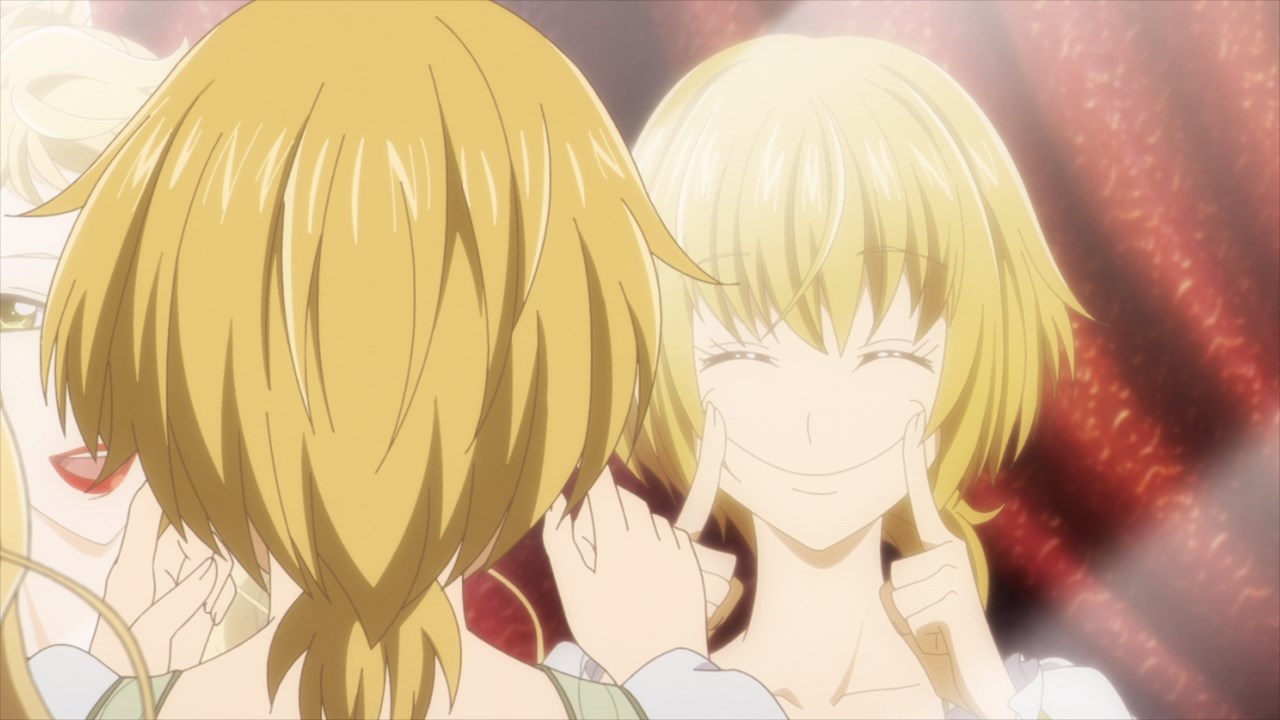 All she needs to do is to smile at the patron. Also, let’s not forget that Arte came from a noble family so she can use her background as leverage when negotiating with Ubertino. 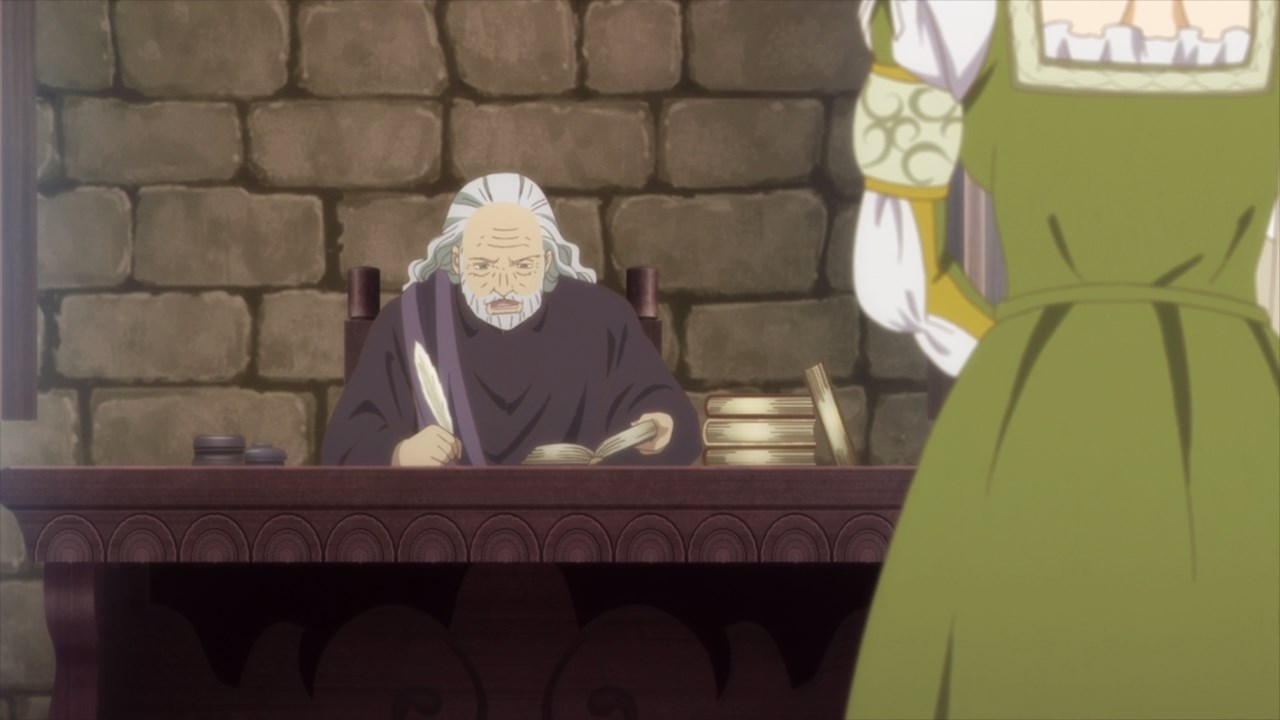 And so, Arte returned to Ubertino’s mansion for another attempt at negotiating a reasonable deal, although this patron won’t change his mind. 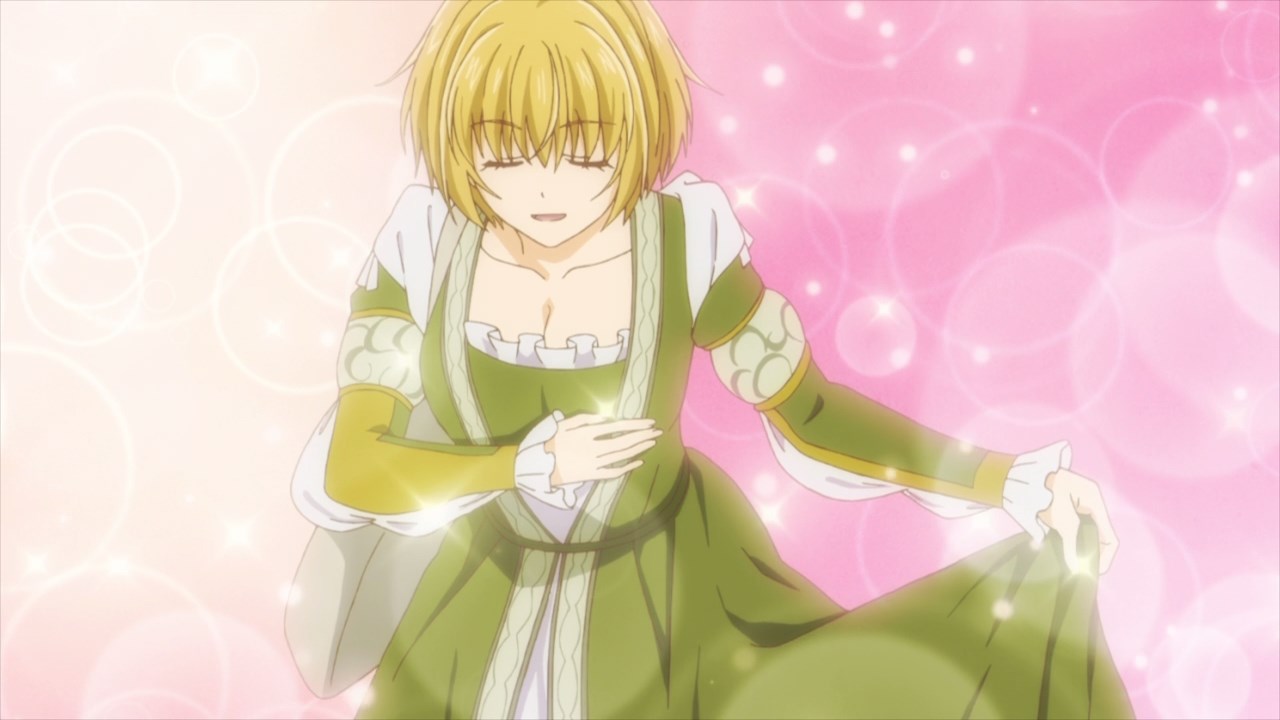 But this time, Arte uses her feminine charms and noble-like etiquette to change his mind. Heck, she brought something that would help her on striking a deal with Ubertino… 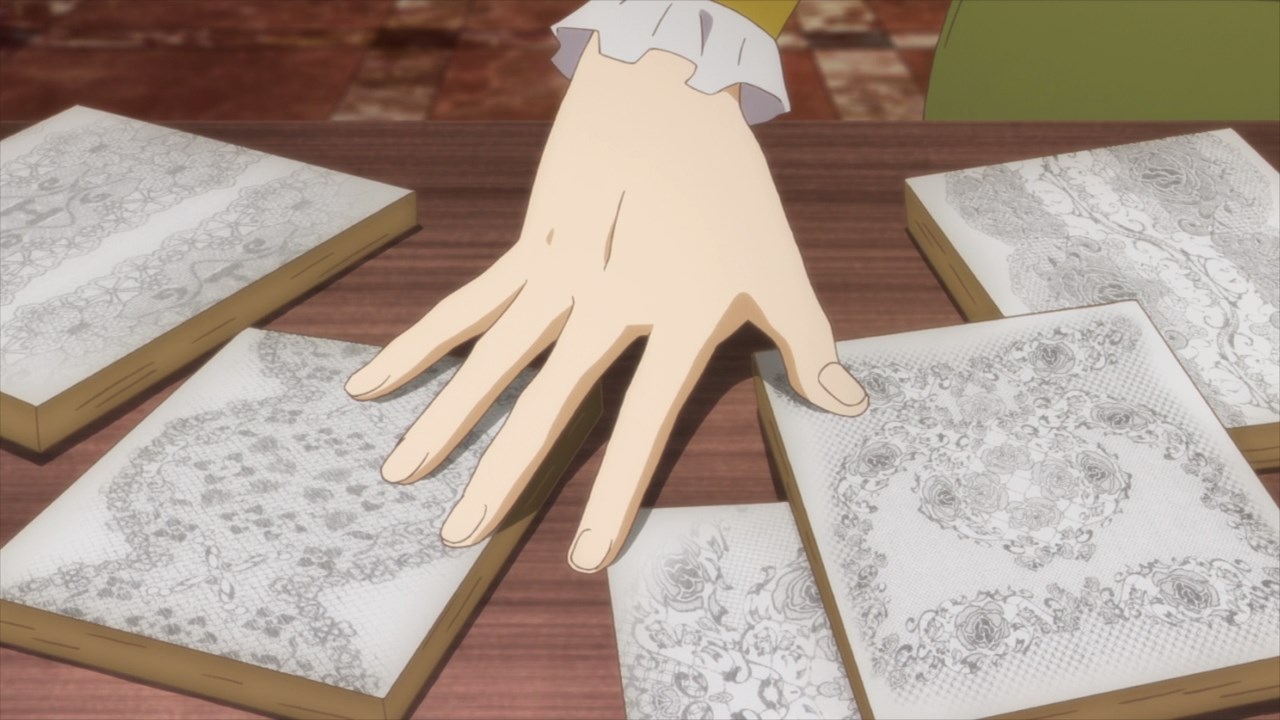 …like showing him some elaborate crochet patterns that she made. C’mon, Arte studied everything from paintings to embroidery. 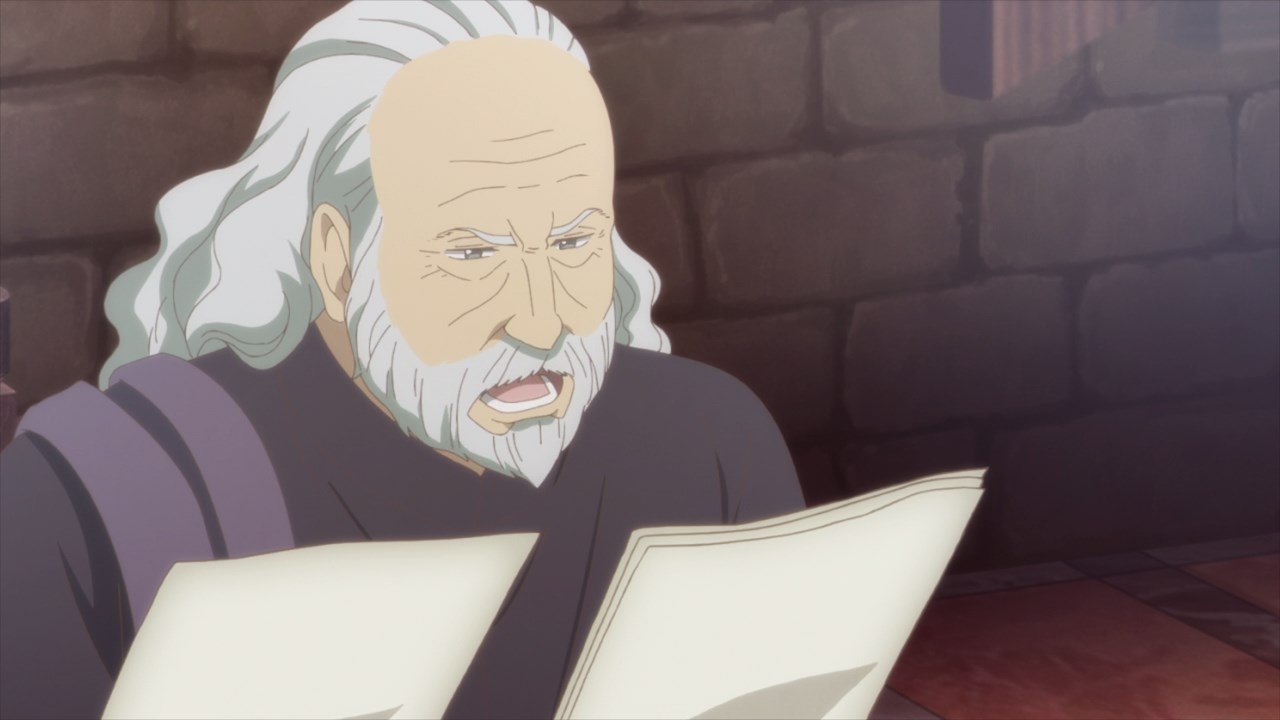 With that said, looks like Ubertino has decided that he’ll sign a reasonable contract to Arte, but Ubertino warned her that he’s not the guy who has any appreciation with art. 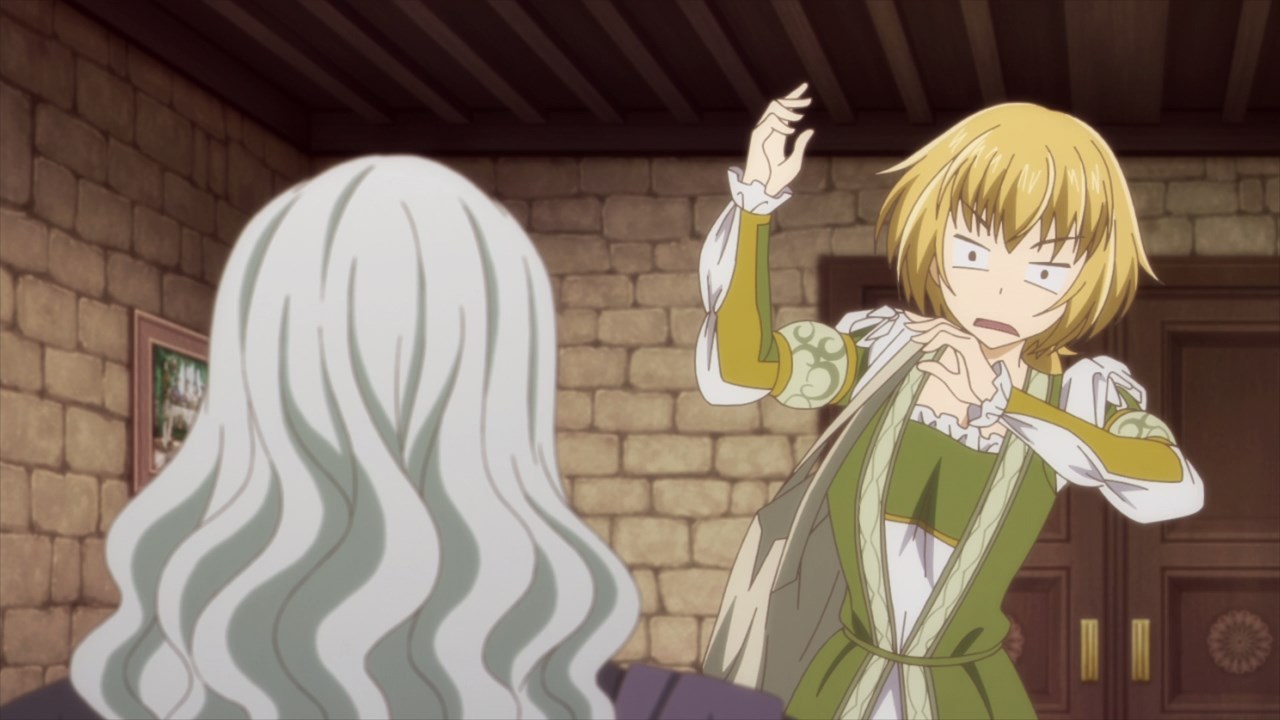 Heck, he used paintings to influence other powerful people like the Roman Catholic Church. It’s no wonder why Ubertino wants Leo to buy expensive materials so that he can make paintings that would fetch a high price to various nobles and popes.

Oh by the way, those paintings at the lobby area? Half of it are made by Leo’s teacher. 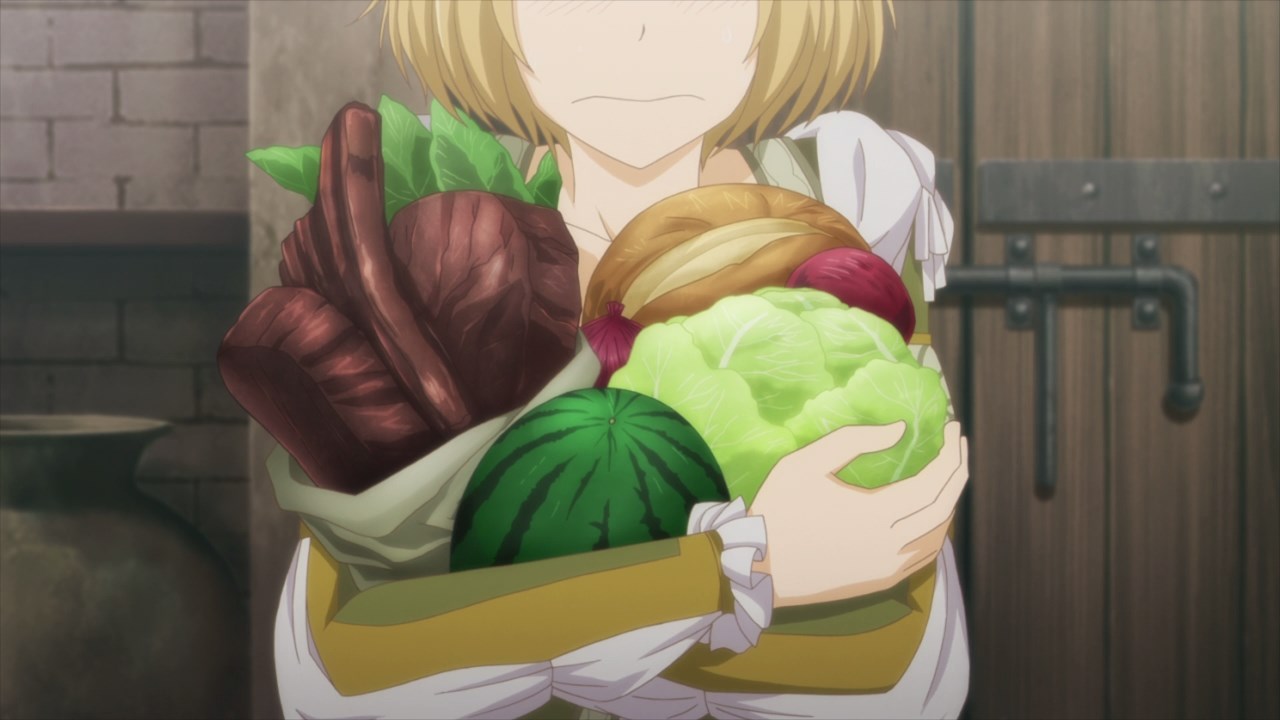 One more thing before she go, Ubertino gave some vegetables to Arte ’cause she’s really hungry.

Also, there’s a reason why he gave food to Arte ’cause Ubertino is angry that Leo is fasting on Friday, and he doesn’t want an artist getting hungry that would impede his quality of work. 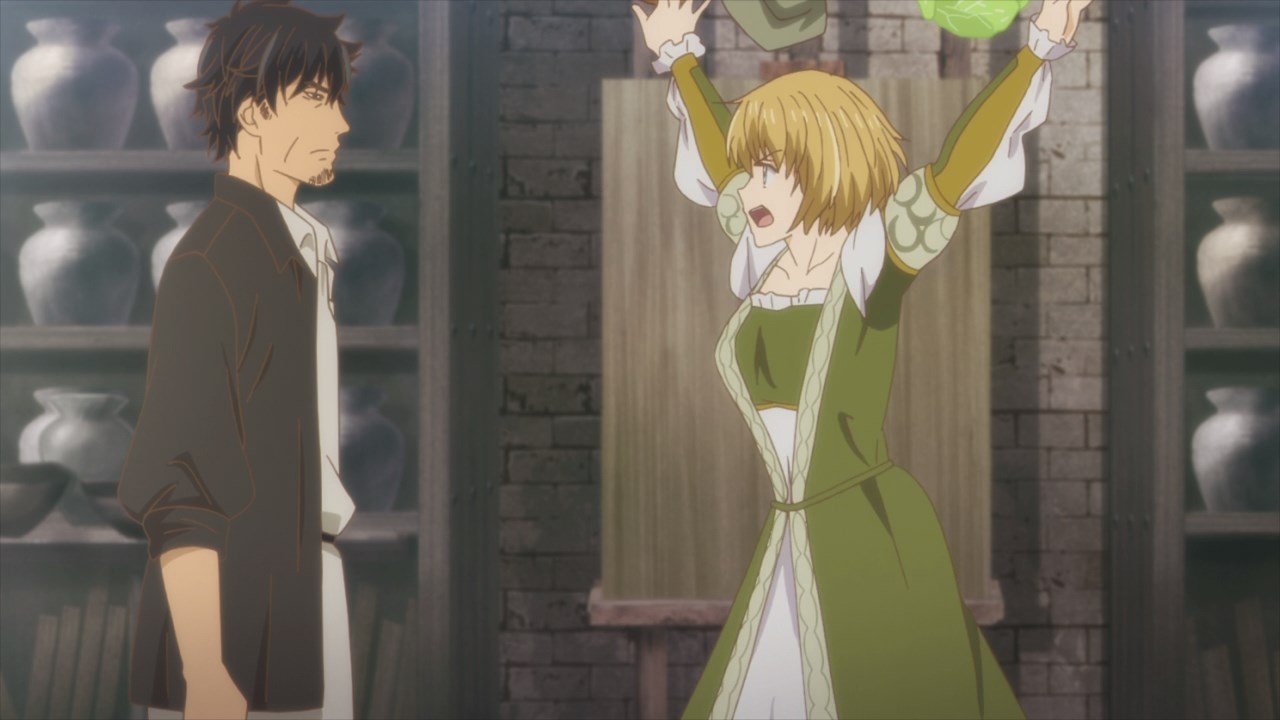 In any case, Arte told the news that she struck a deal with Ubertino, but also asked Leo about his teacher while throwing the vegetables up in the air. Um Arte, don’t play with your food next time! 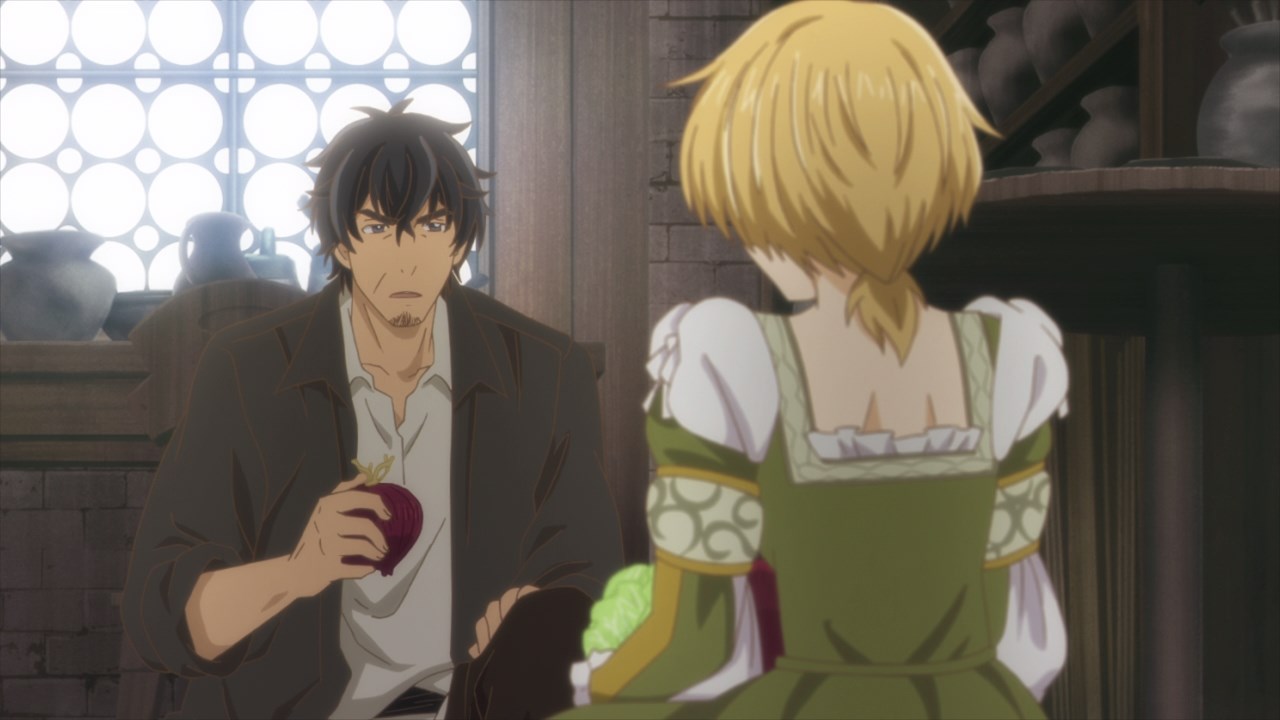 So while they pick up those veggies, Leo told Arte about his time with his teacher and it’s not easy. 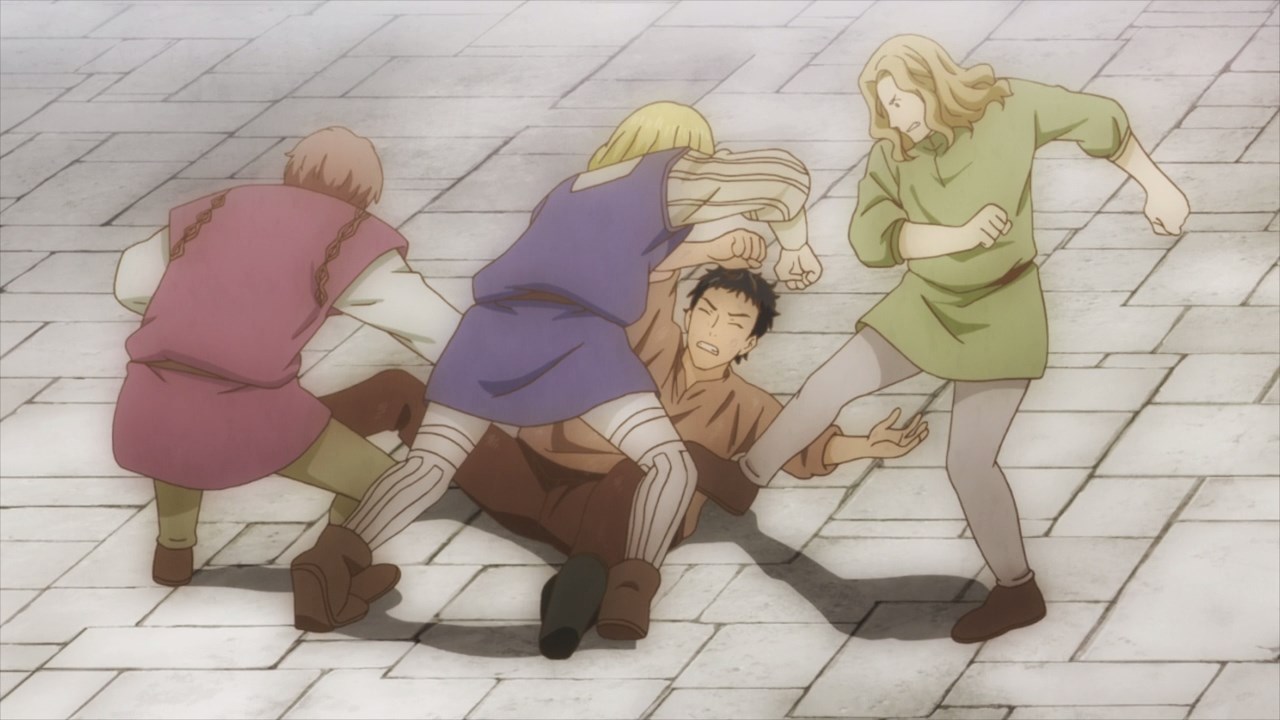 For one, Leo spends his time picking up fights with various students who mocked him for being a beggar.

It’s true that Leo came from a poor background unlike those people who came from high-class families across Florence. 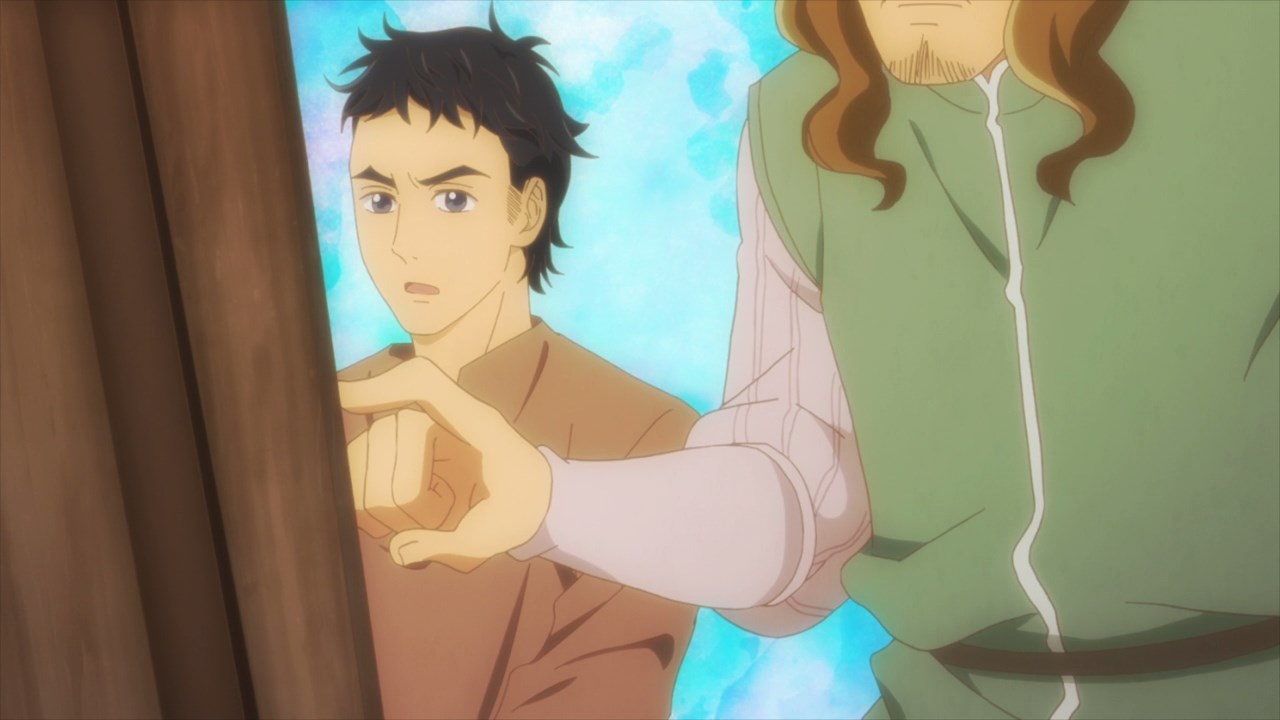 Still, Leo works and learns diligently from his teacher where despite being kind, he’s actually strict when it comes to quality and he won’t tolerate anyone who couldn’t put much effort on making a flawless product. 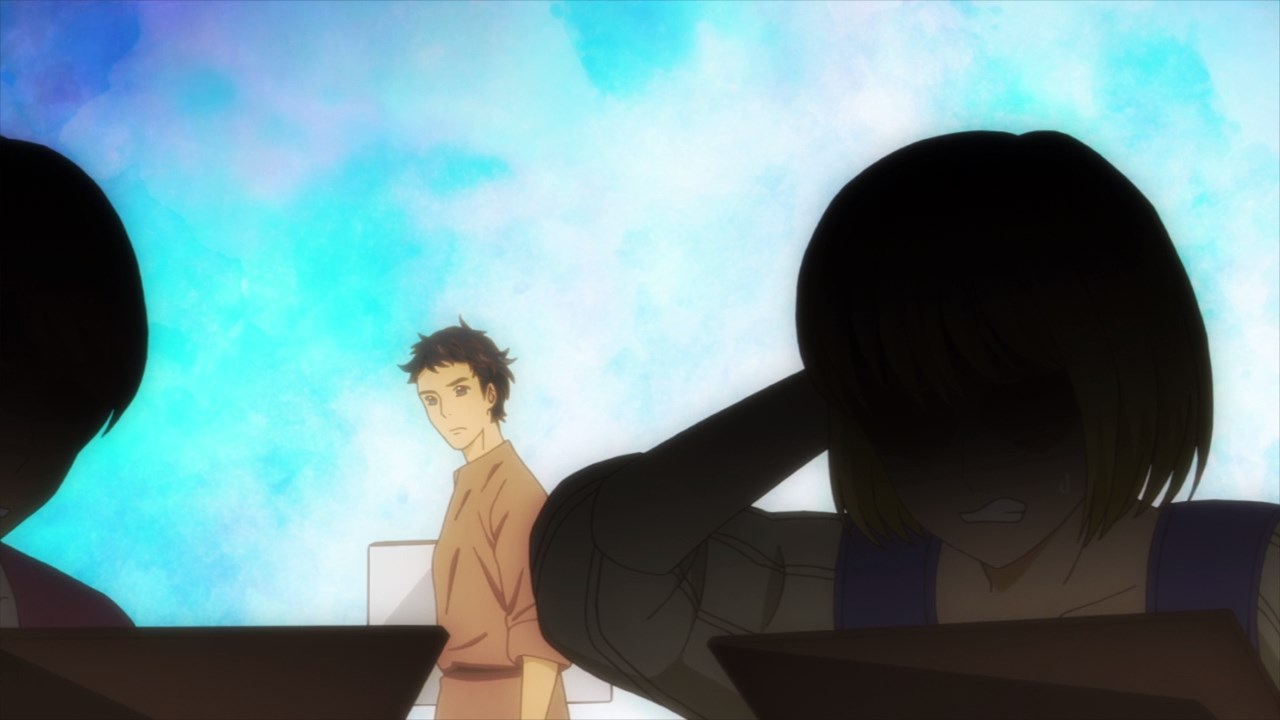 Overtime, most of the students drop out as they couldn’t stand to their teacher’s strict standards, leaving Leo as the only one student who passed and thus become the artisan that we know today.

So yeah, hard work pays off for Leo where his diligence and honesty pushed him to become the artisan across Florence. 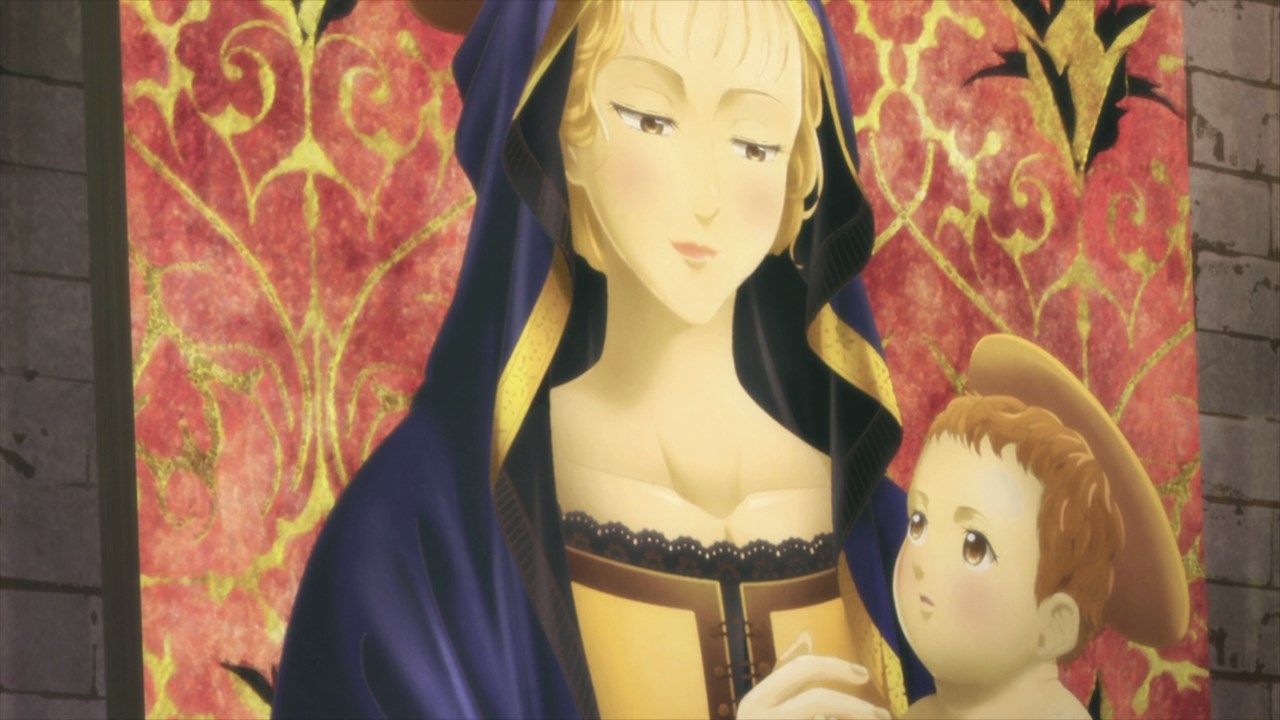 Now then, looks like Leo has finally finished the portrait of Virgin Mary and I have to say that using expensive blue and gold pigments is worth the price for this masterpiece. 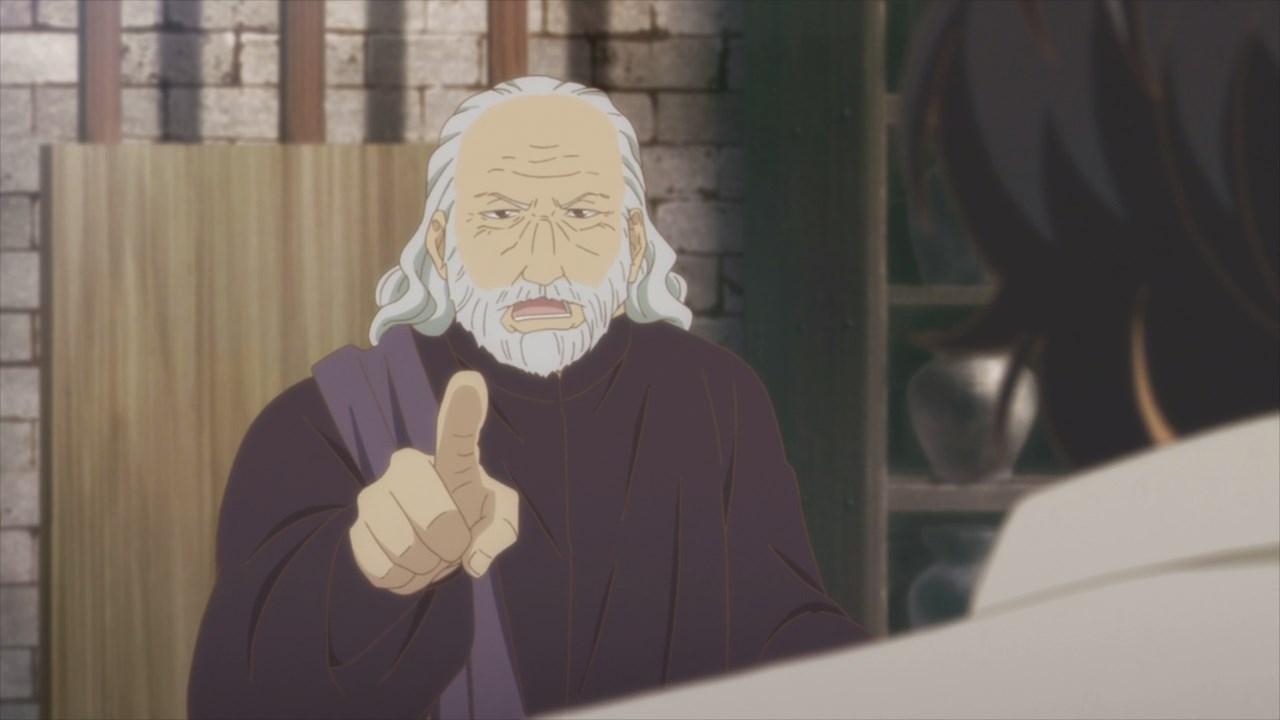 Oh yeah, Ubertino told Leo to buy some new set of clothes and also buy something to eat ’cause he’s very worried about the artisan’s well-being. 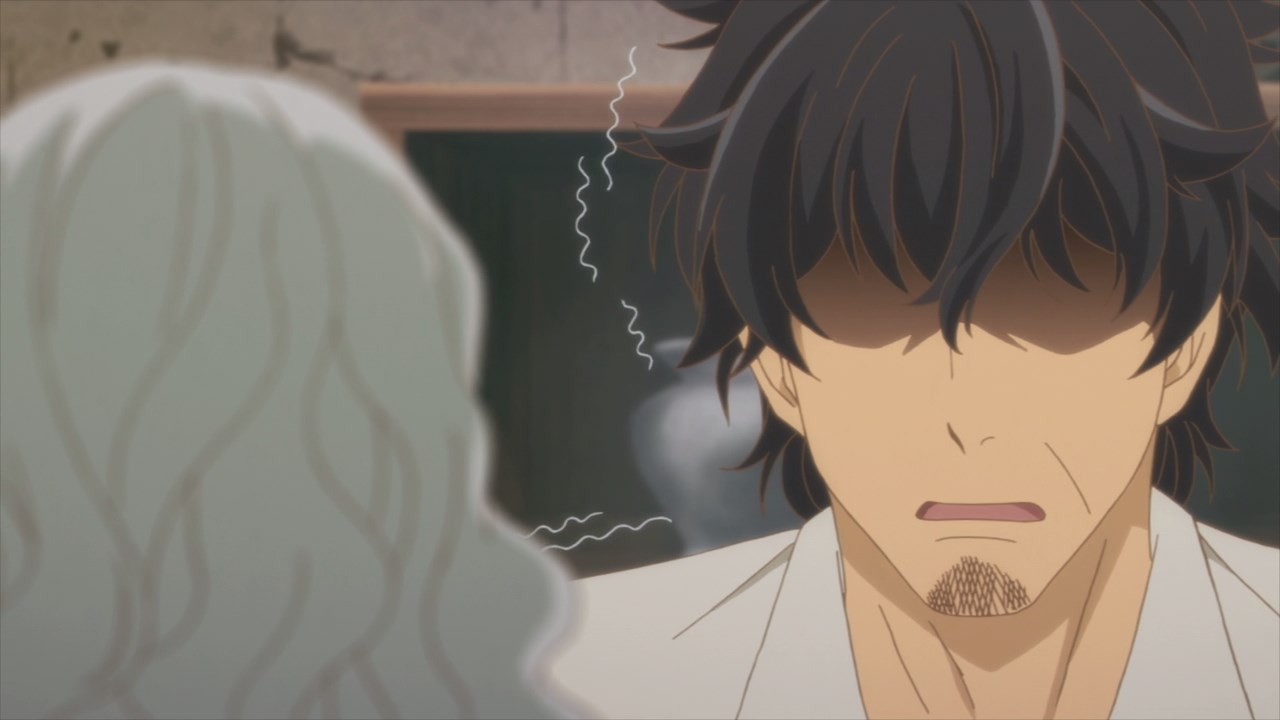 Then again, Leo got struck a nerve on Ubertino’s sermon that he might punch a patron right here at his workshop, which would lead to burning bridges between these two men. 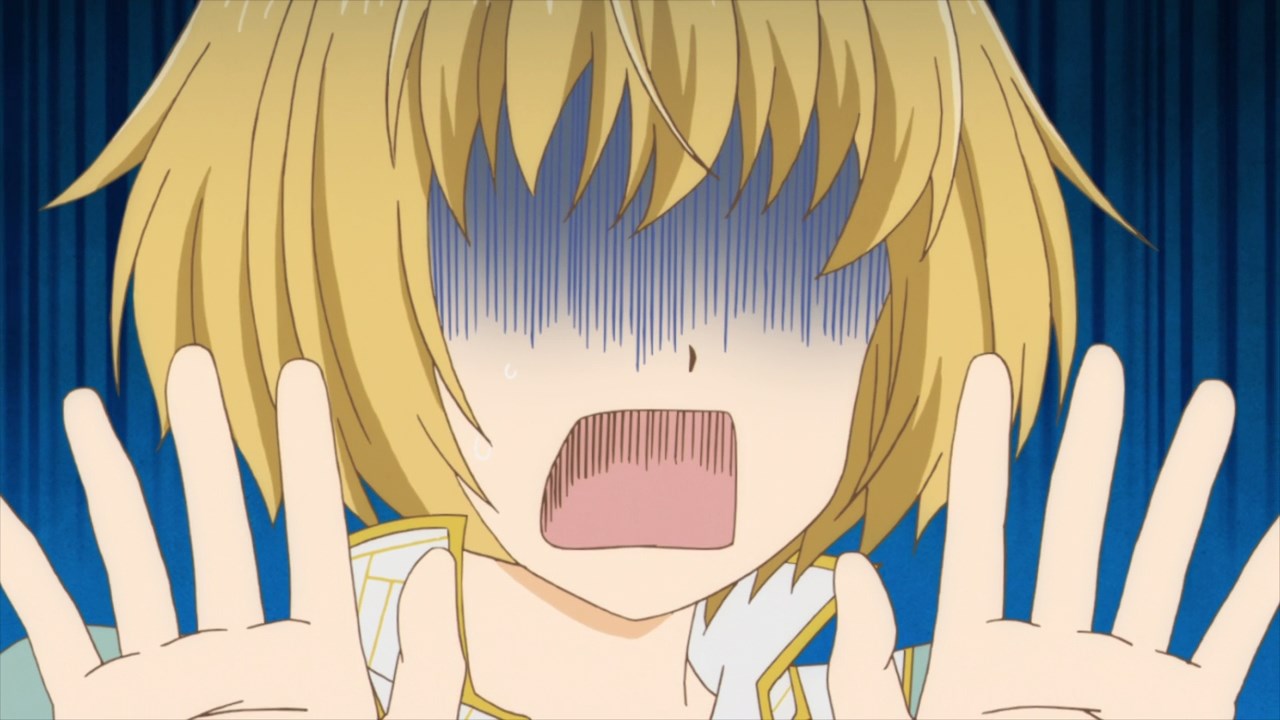 This alarmed Arte where she doesn’t want to escalate the heated situation between an artisan and a patron. C’mon, losing a customer is bad. 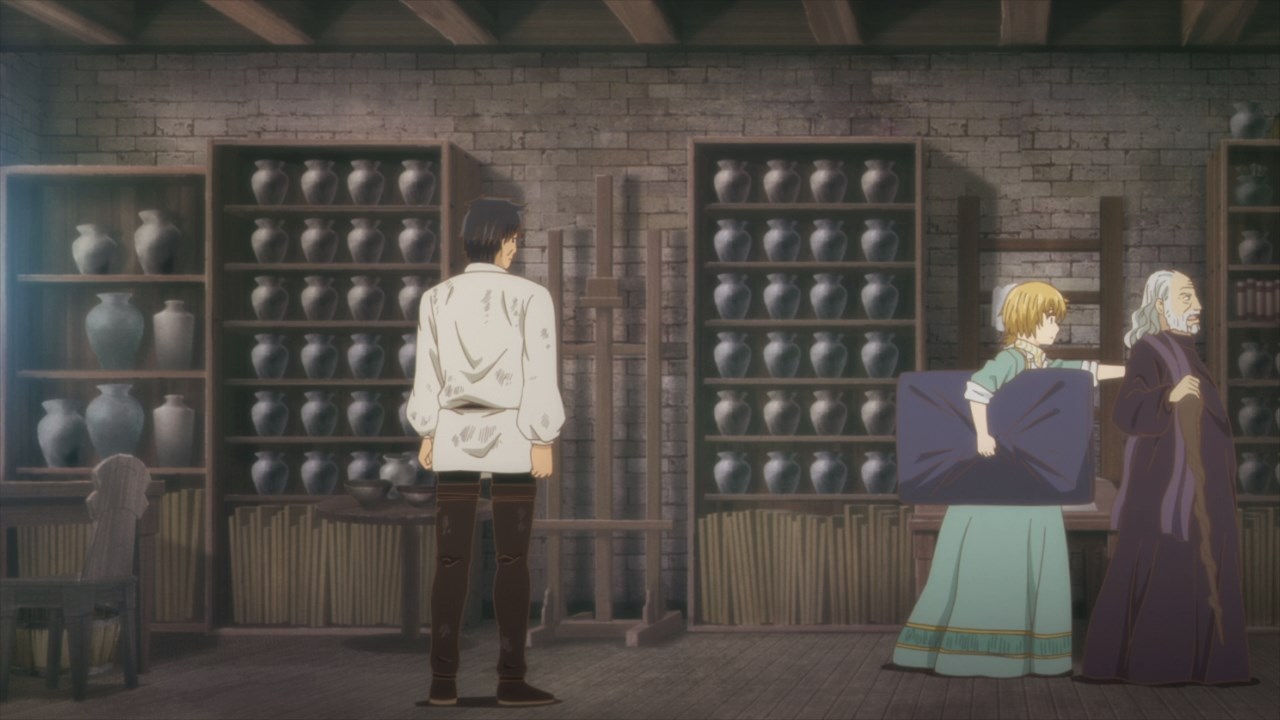 So, Arte decided to push Ubertino away from Leo and said “Thank you for your patronage!” as I end this episode right here. Well, I have to say that Ubertino might be scary with his outrageous demands, but he really cares about Leo’s health because he can’t make money if his artisan is affected by hunger and sickness.

Anyways, I’m looking forward on the next episode but man, seems that Arte learned something today upon meeting Leo’s patron.