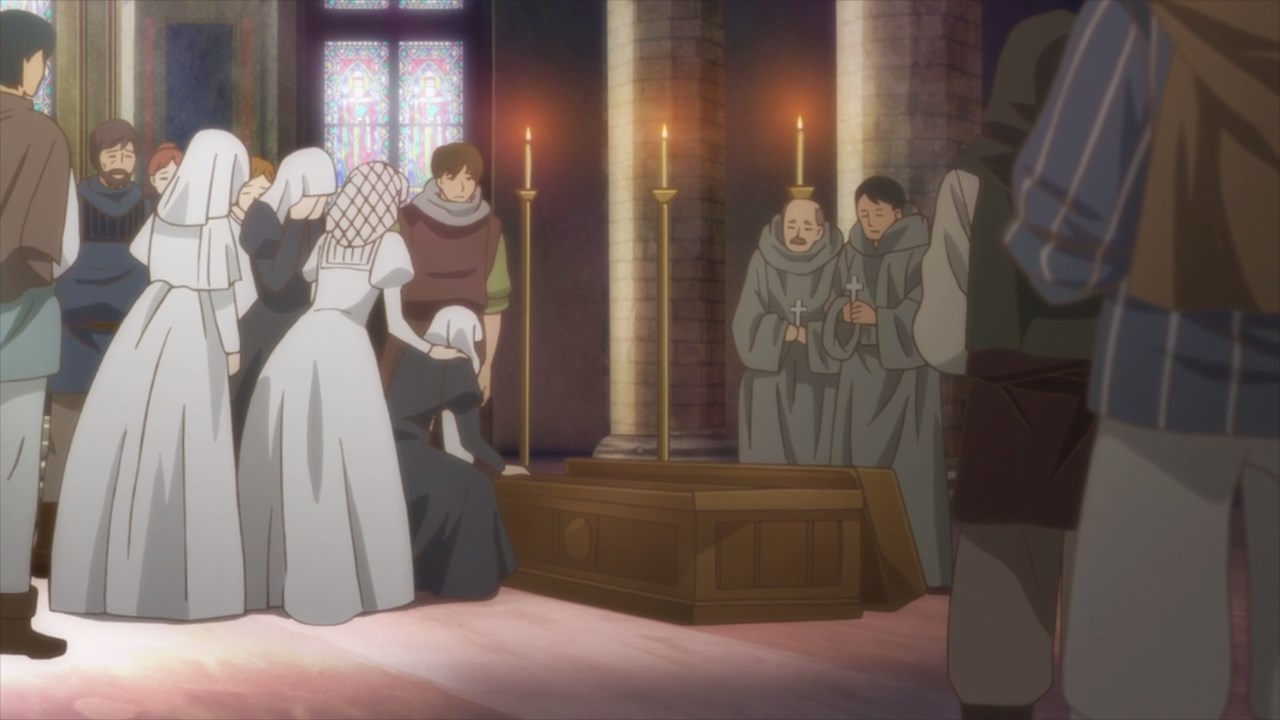 On this episode, an artisan dies in which everyone, including his apprentices, are mourning over his passing.

Of course, the most difficult thing that the guild will do is how to compensate everyone and distribute the apprentices to various artisans around Florence. But worst of all, the guild is experiencing a slump lately and most of nobles are commissioning artwork to artisans in Rome. 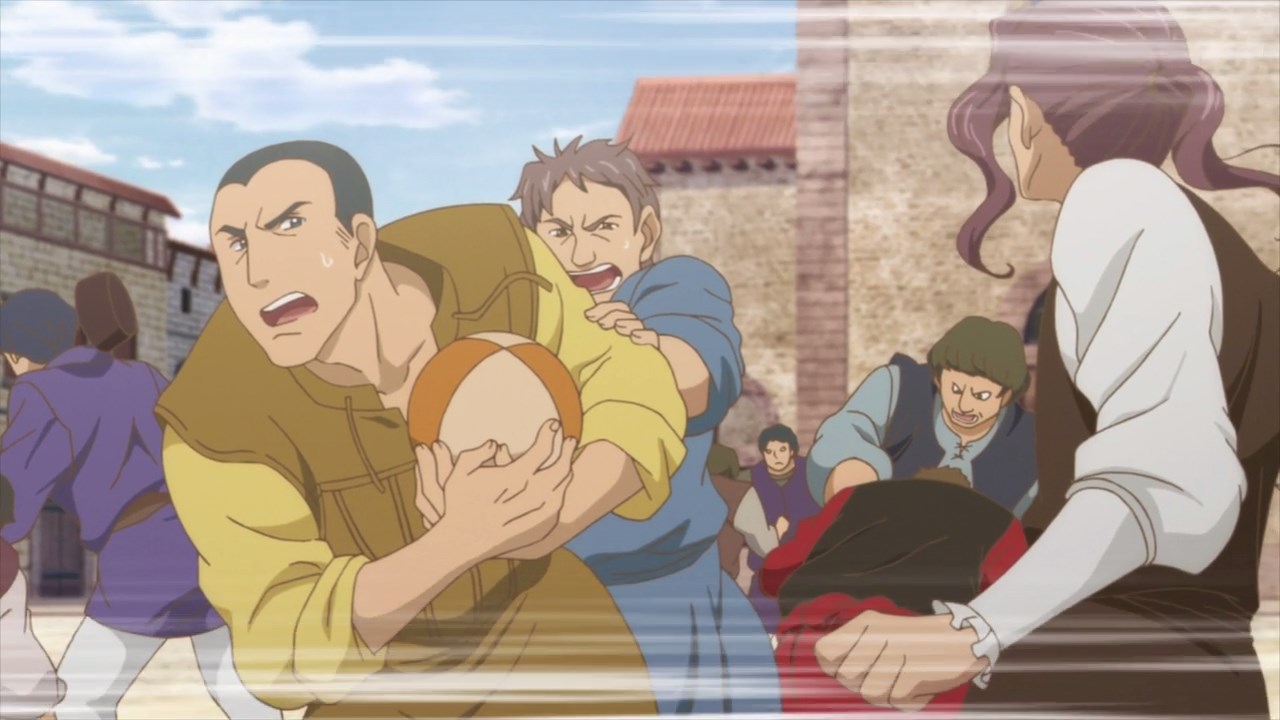 Then again, there are people who decided to play a game of calcio fiorentino and while it’s one of the predecessors to association football, this one is nothing like the beautiful game. 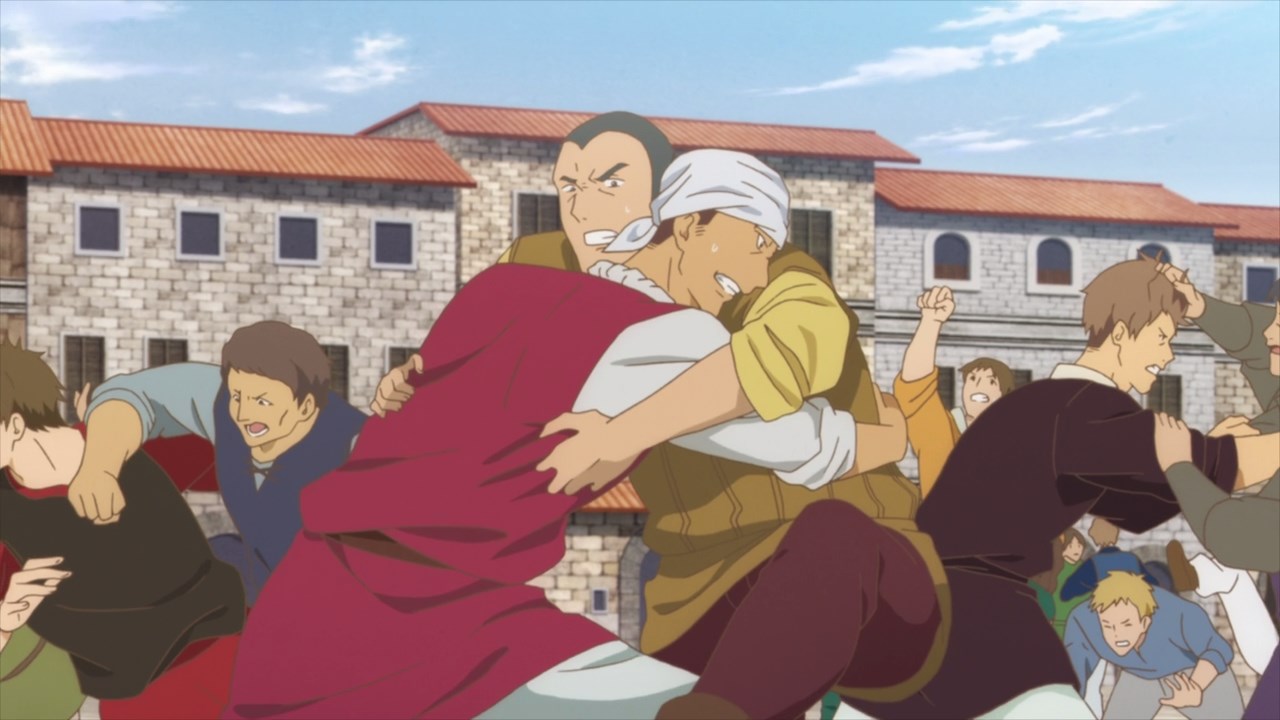 In fact, calcio fiorentino is violent where players would not only kick or toss the ball to the opposing goal, but also beat the shit out of each other.

This game is violent for sure and while association football has become the popular sport in modern times (as well as rugby, gridiron football, etc.), calcio fiorentino is still being played to this day. 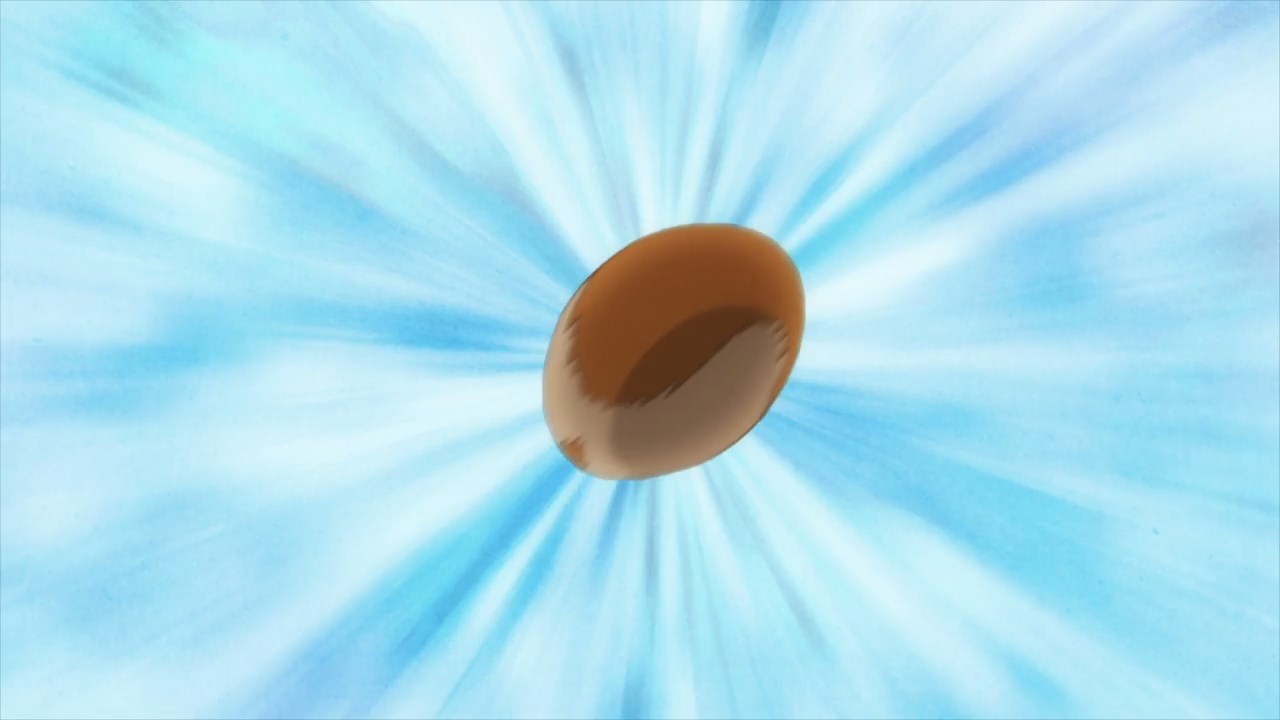 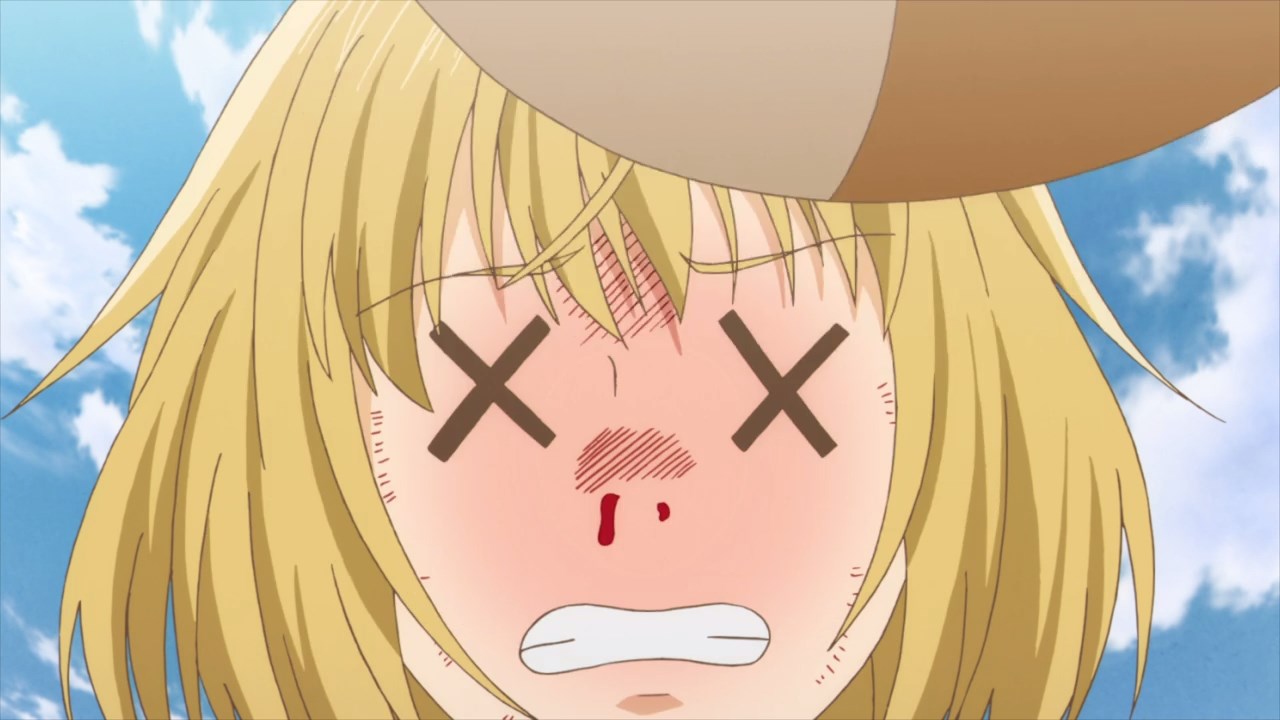 Anyways, here’s Arte where she got hit by a ball and got knocked out. Yeah, let’s just say that she’s not cut into playing calcio fiorentino. 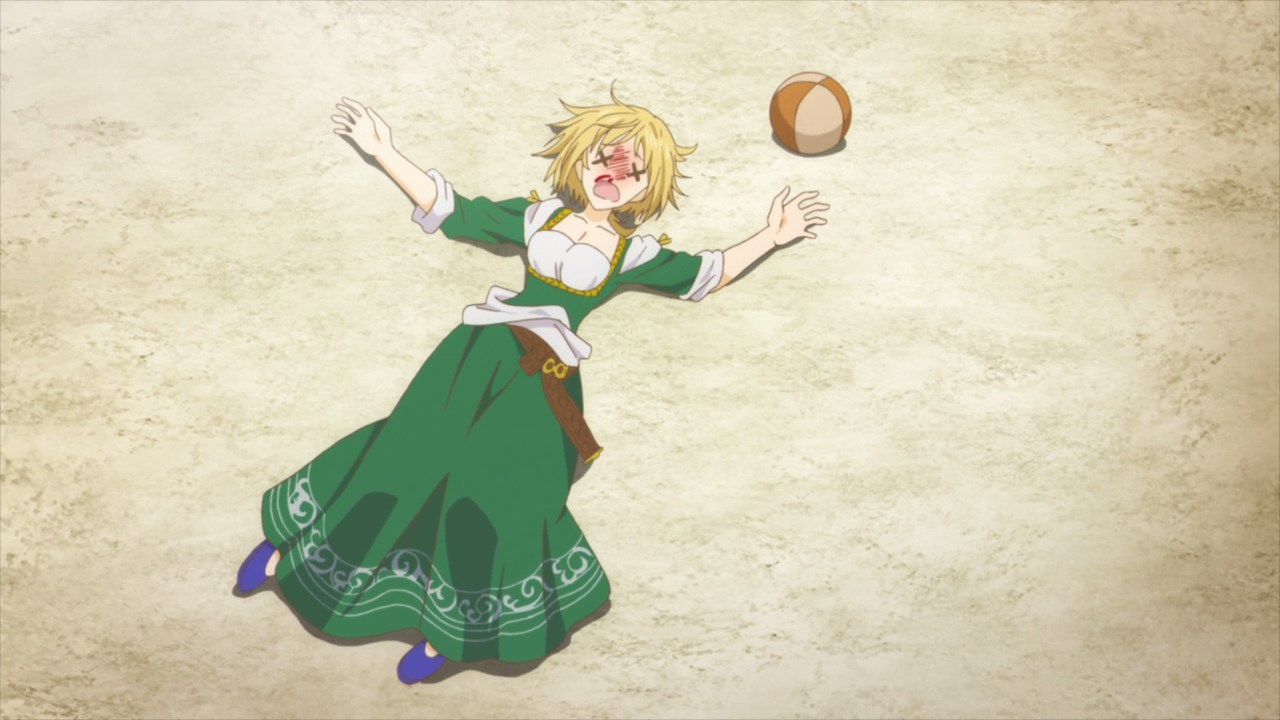 Still, Arte is fine but for those who played calcio fiorentino, all of them are punished by the friars as they don’t like hooligans playing a game in front of the church. 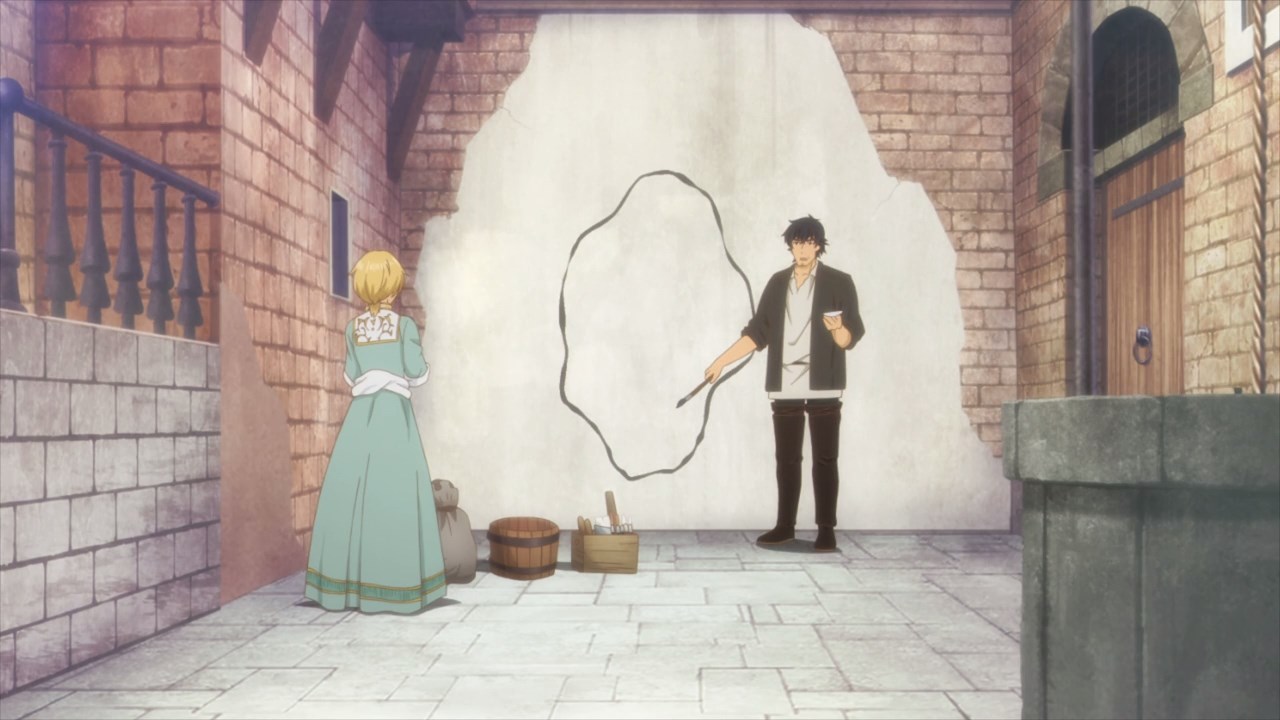 Now then, Leo told Arte that he’ll be training her on how to make frescoes. Sure that she knows how to do it, but Arte’s current skills won’t cut it when making large (and high-quality) fresco paintings. 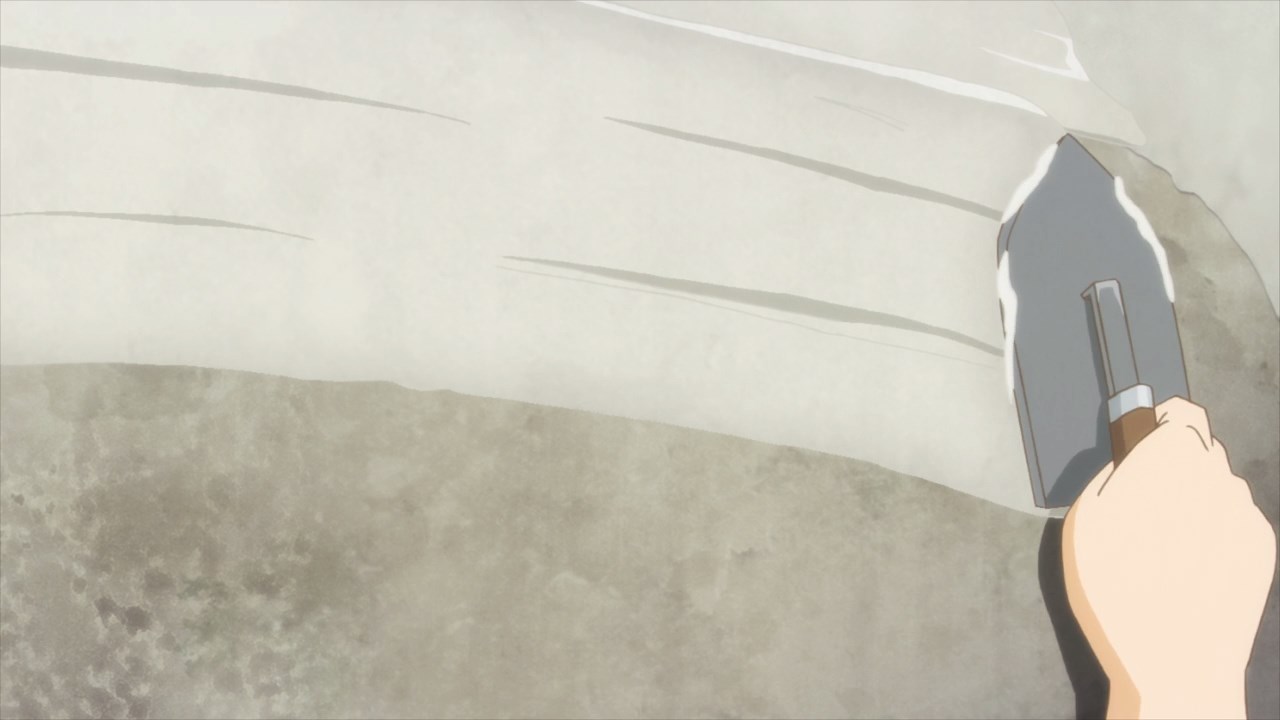 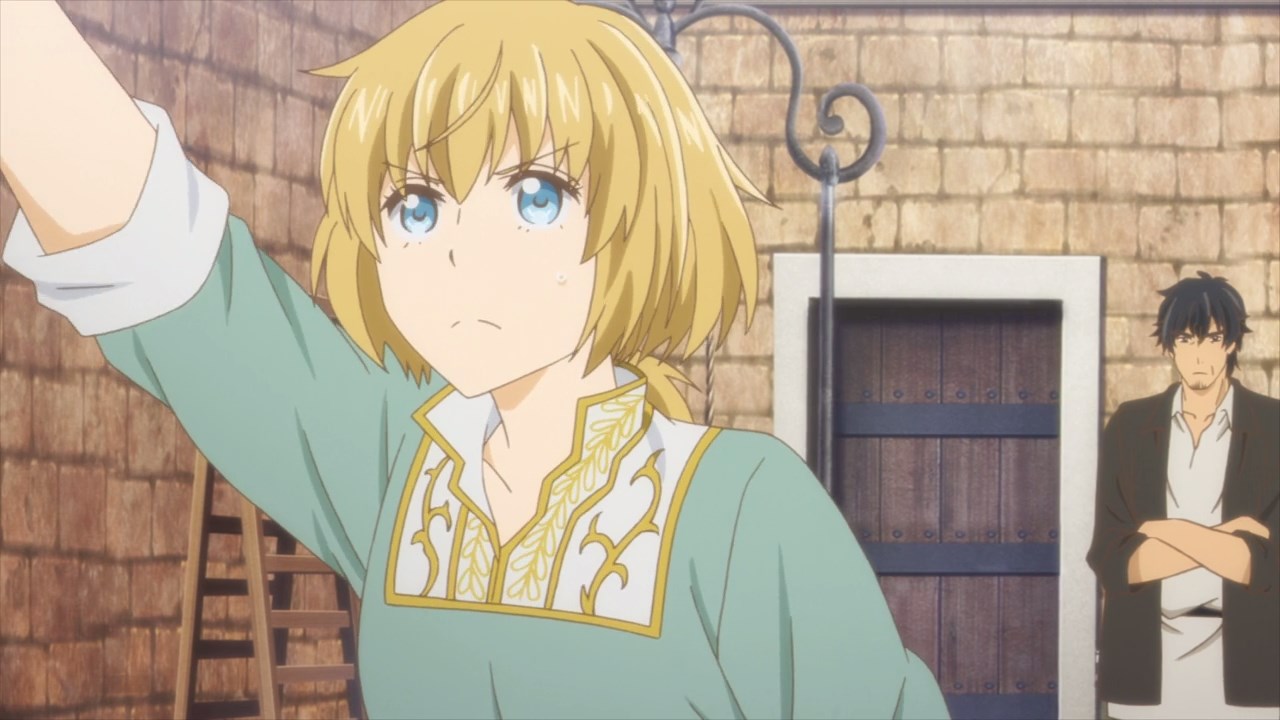 So, Arte will undergo an intense training for 10 days with Leo as she’ll do everything related to making frescoes, right down to making the plaster that’ll be applied to a wall. 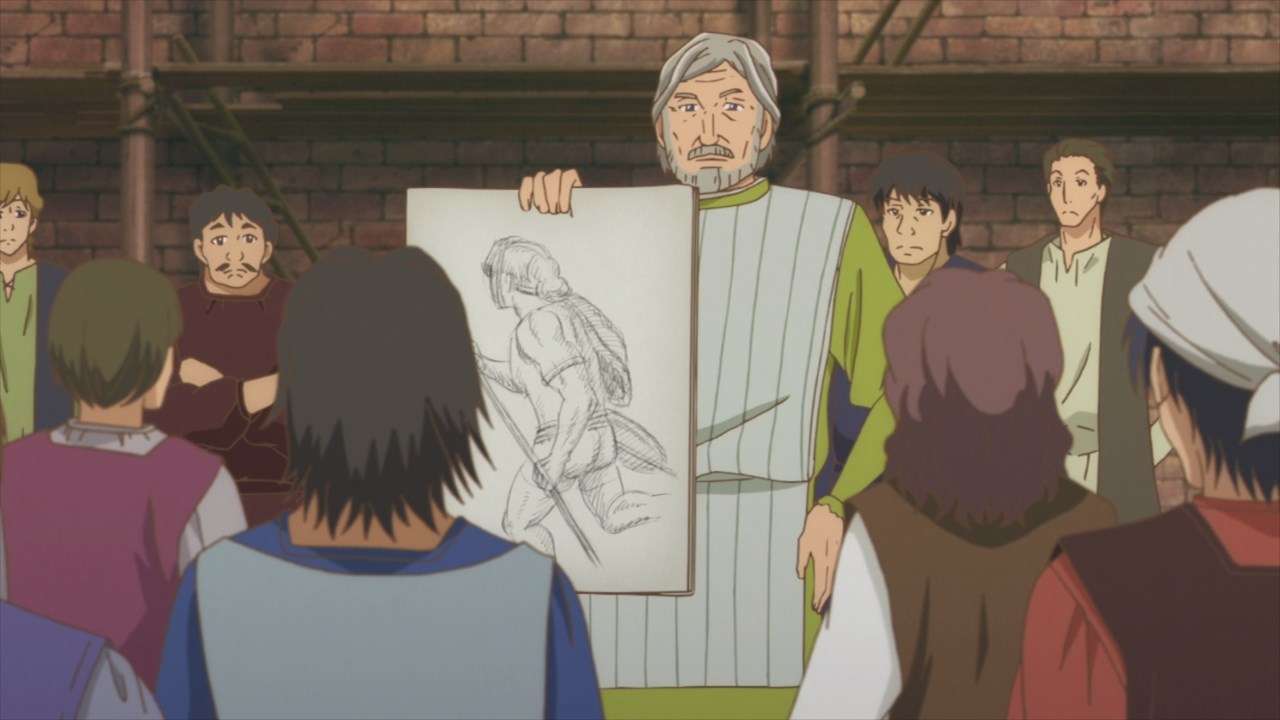 After 10 days of training, it’s time for Arte and Leo to tackle the biggest project as the guild leader Aroldo told everyone to do their best on making the magnificent fresco in Florence. 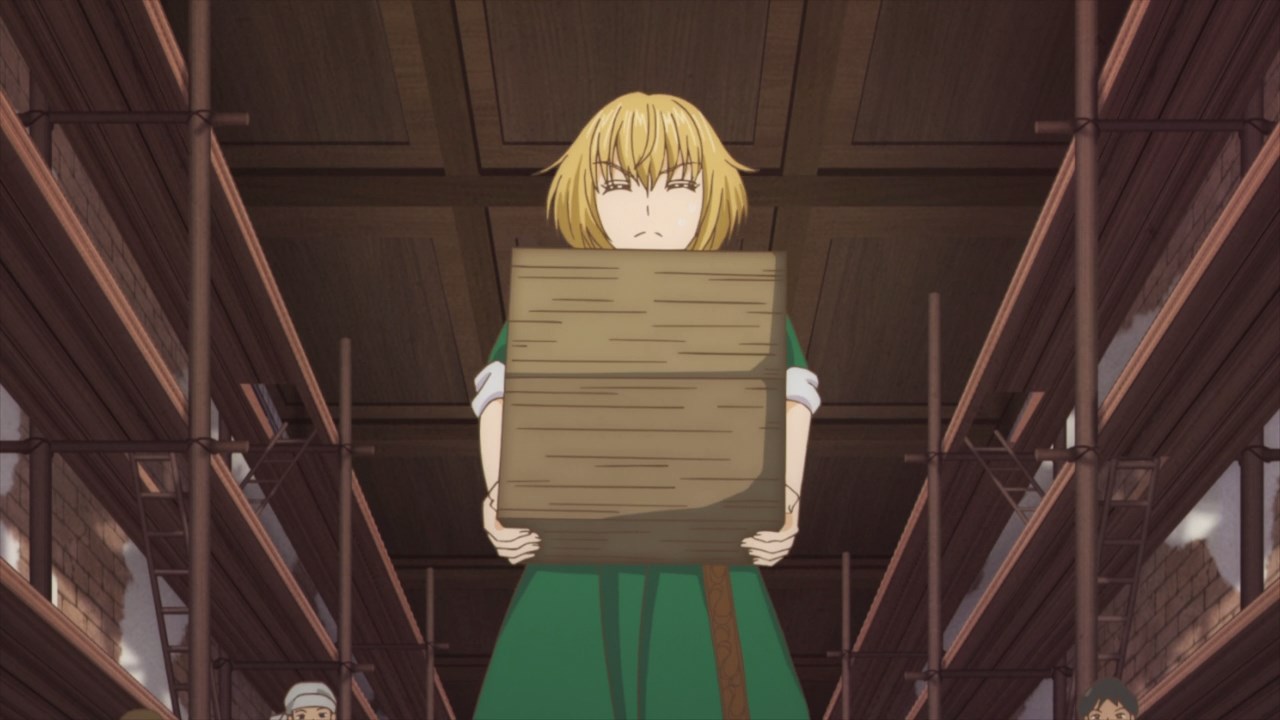 Of course, Leo will do the fresco painting as he has some experience, while Arte will be carrying boxes full of art materials or even buckets of water. Yeah, this is basically hard labor for the apprentice. 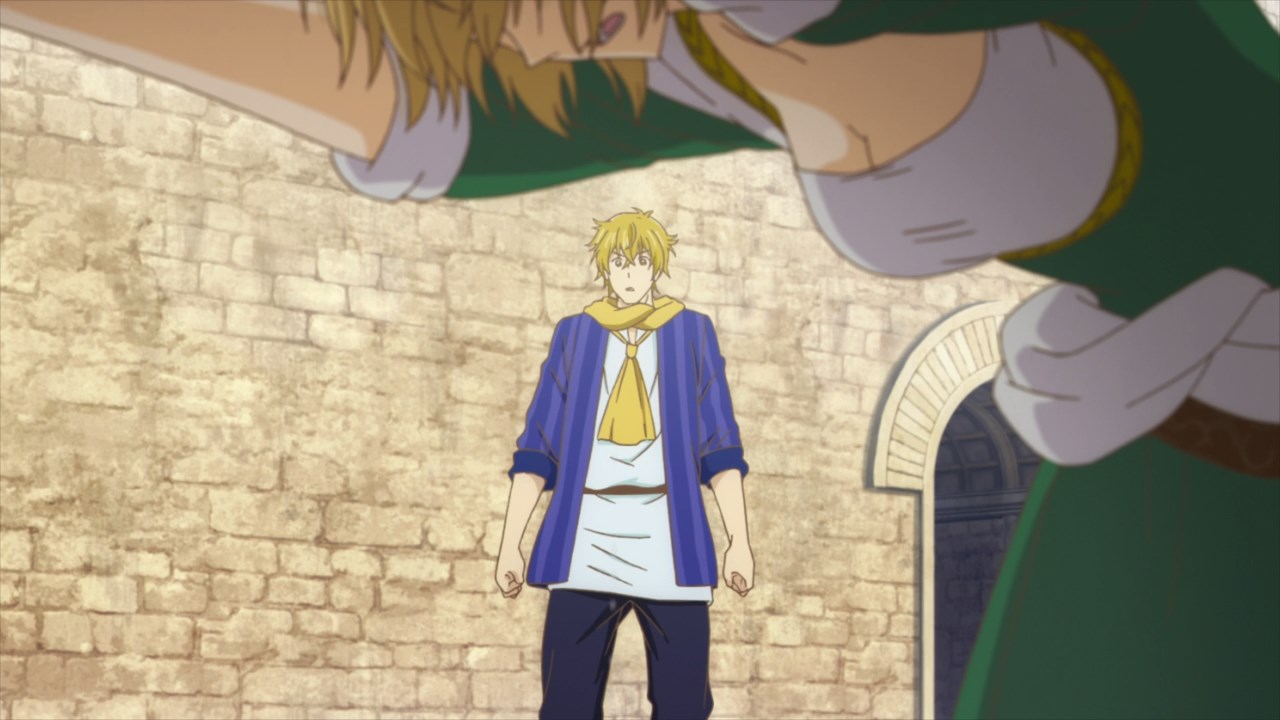 This worries Angelo Parker as he doesn’t want Arte getting hurt or even exhausted upon carrying heavy objects. 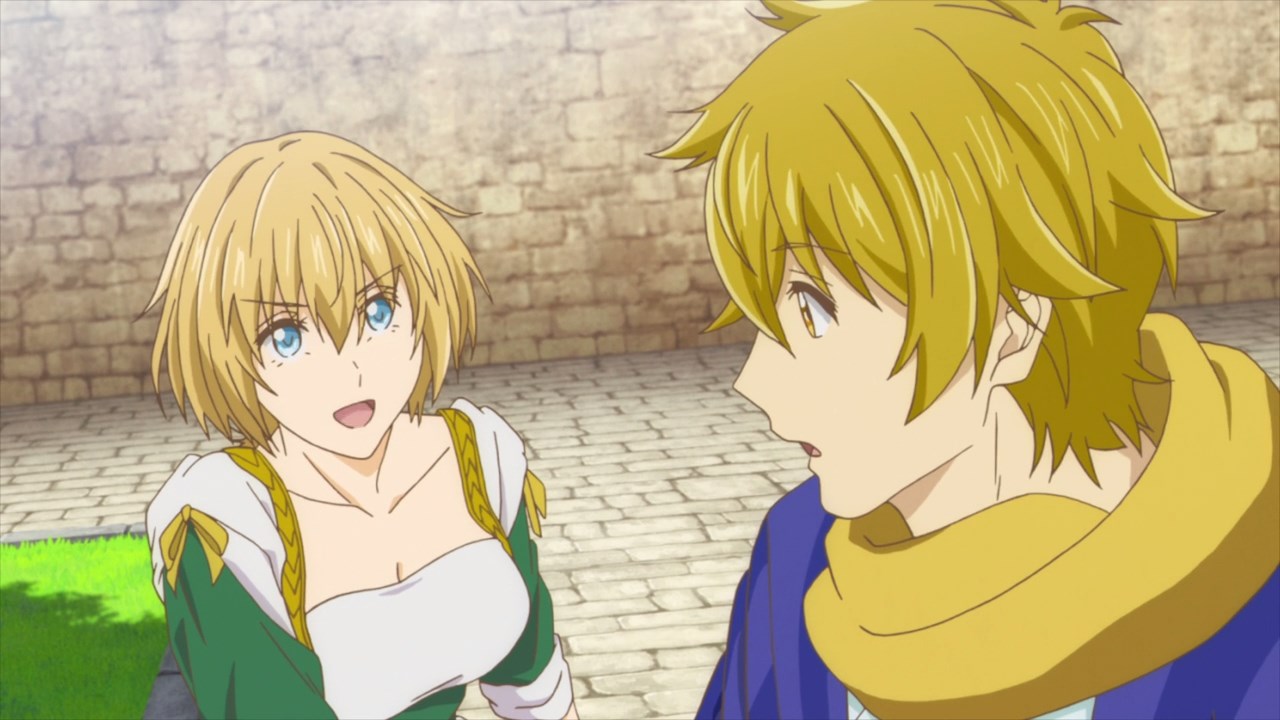 But, Arte told Angelo that she doesn’t need his help as she’ll continue to assist Leo whatever she can. C’mon, Arte doesn’t need any special treatment just because she’s a woman. 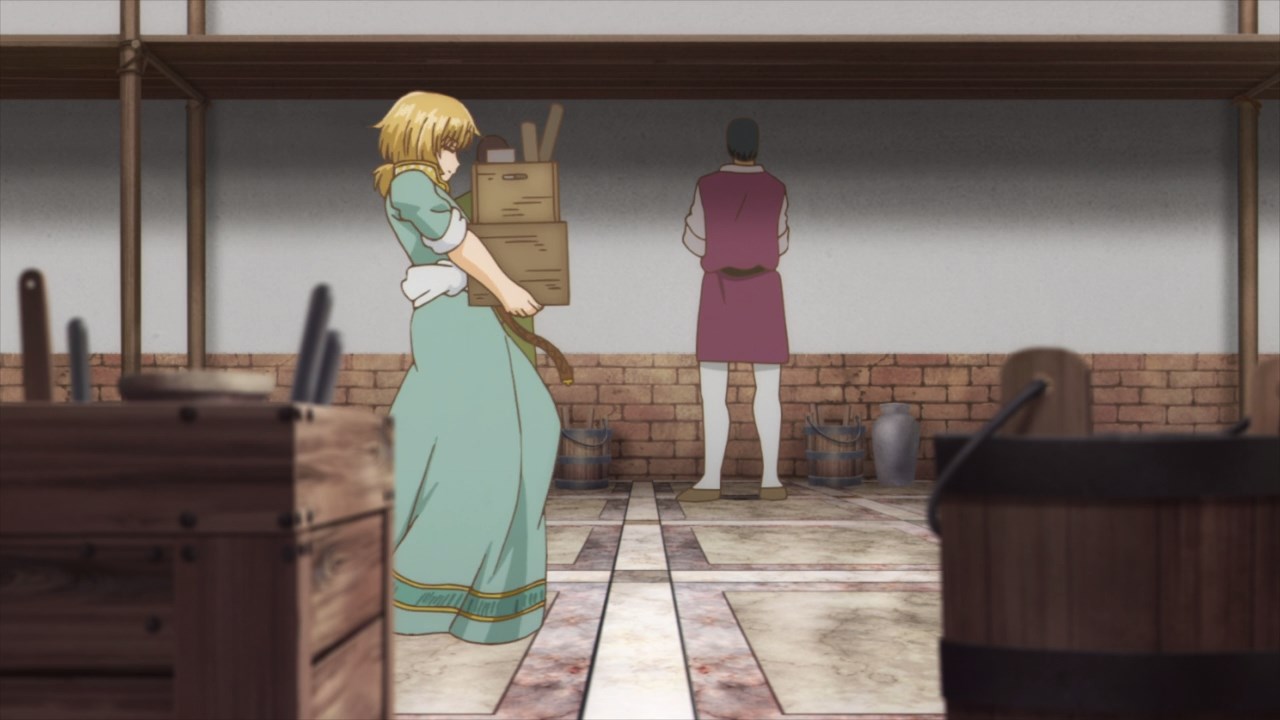 The next day, she got better after a good night sleep and eating lots of food as Arte continues to do hard labor.

Being an apprentice is tough but let’s not forget that Arte is not a quitter as she’ll prove herself that she’ll become an artisan. 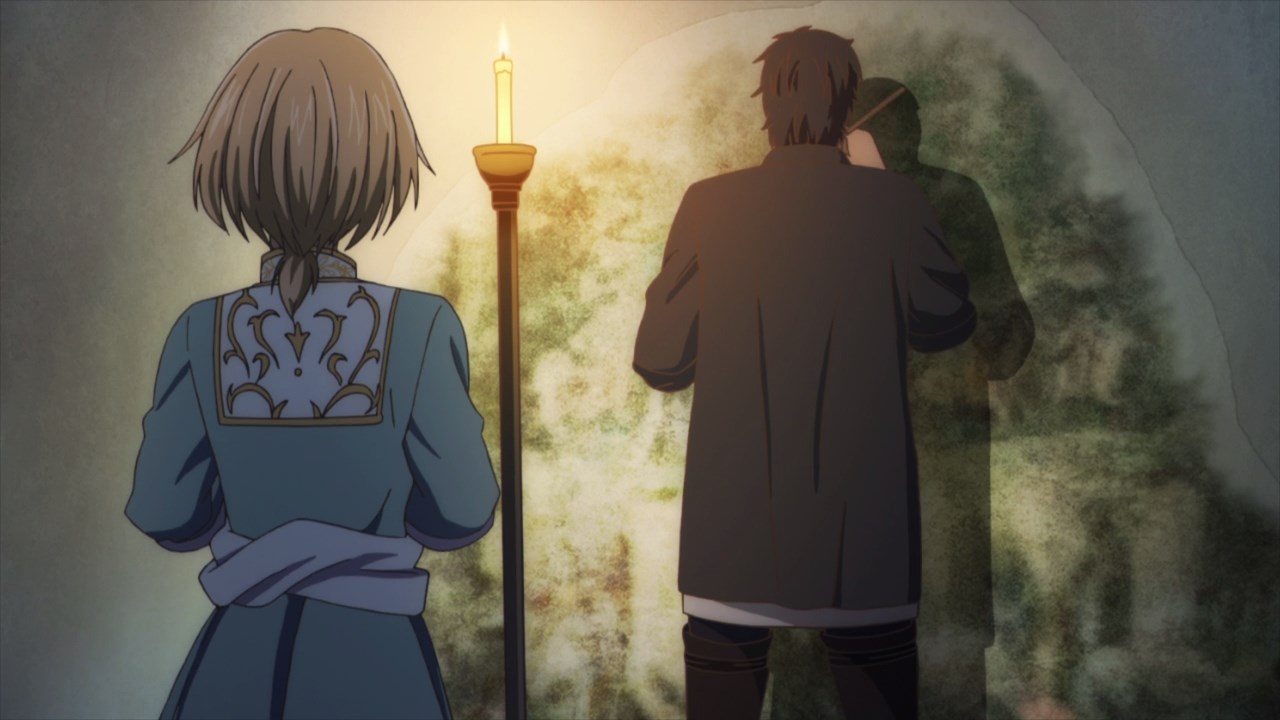 She continues to assist Leo until the night and sure that it’s tiring to stay at her master’s side all day, Arte will keep it going to help Leo out. 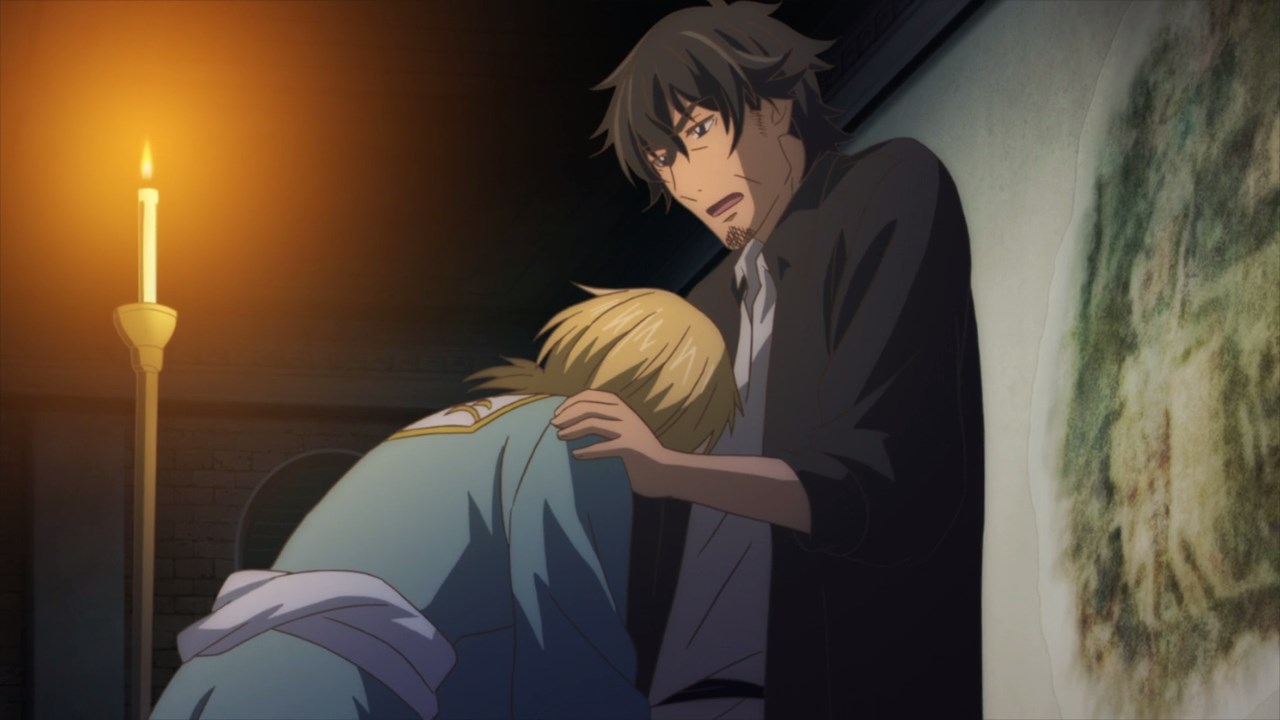 Except that Leo realized that Arte is very tired after lifting heavy objects all day. 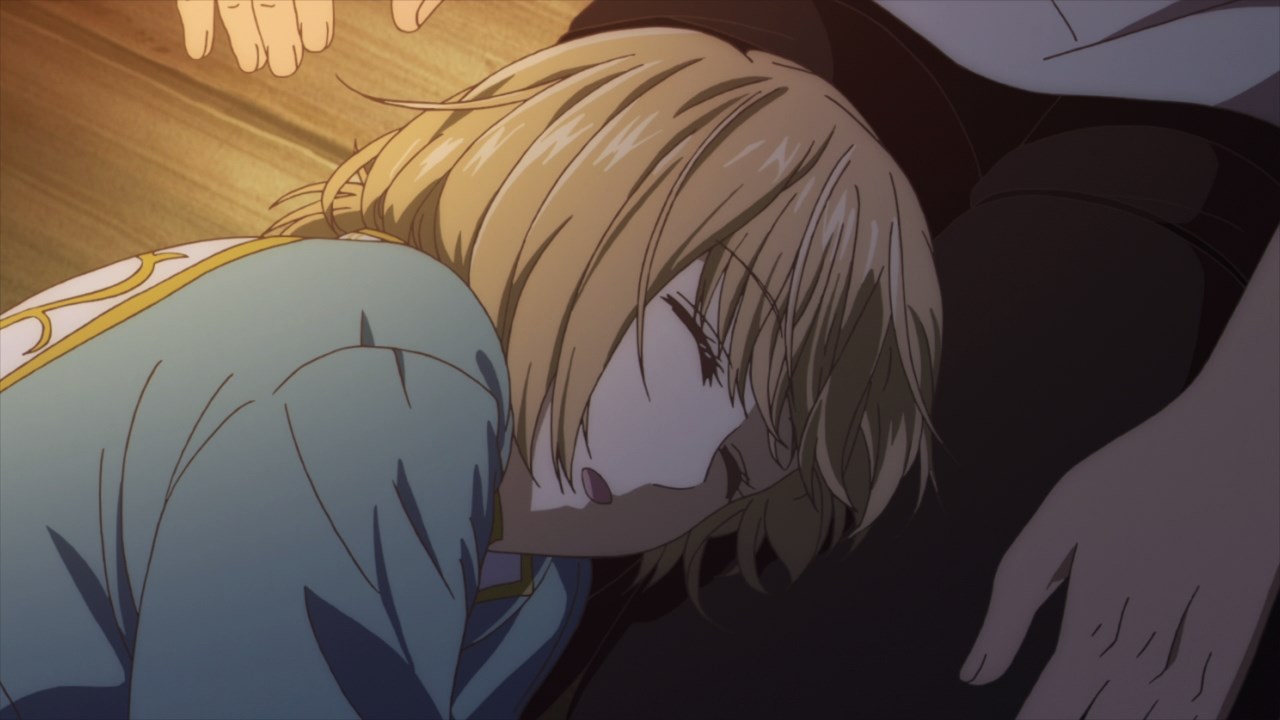 But hey, at least she didn’t collapse and fell down from a high scaffolding as Leo managed to catch her and took his apprentice to his studio for a good night sleep. Well, Arte did a great job there so what she did is enough. 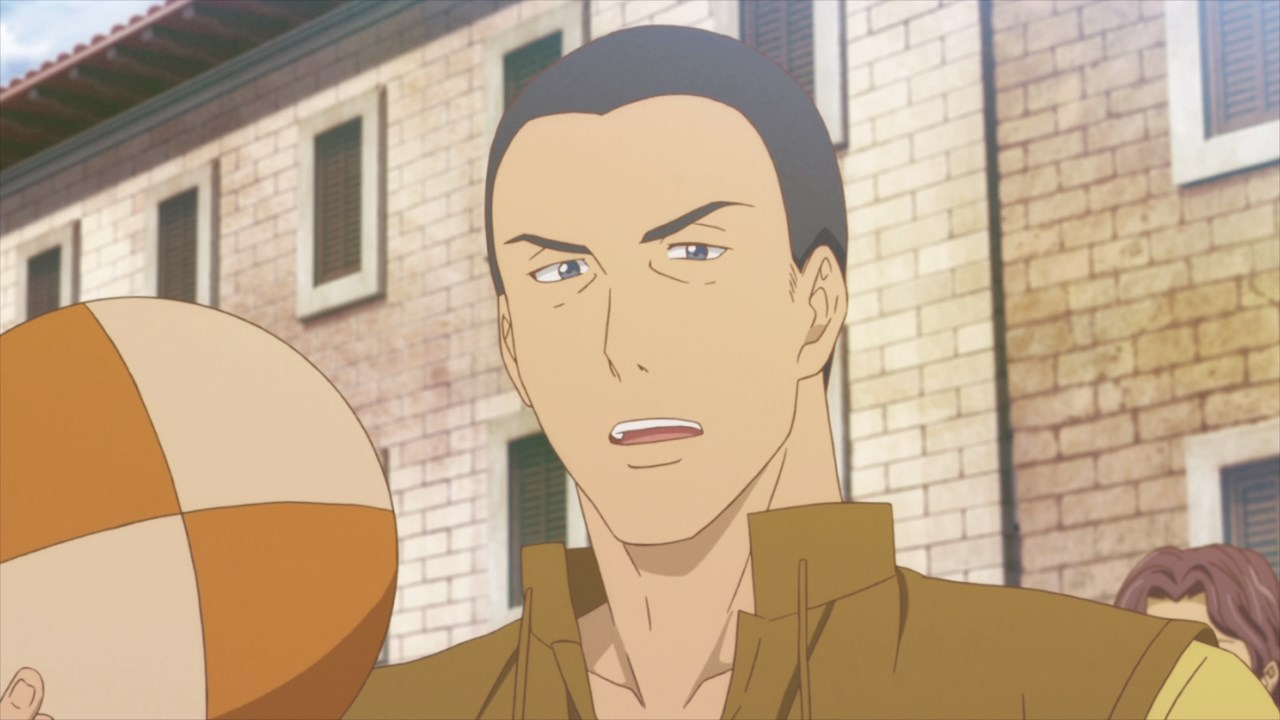 By the way, this apprentice is inviting Arte to play calcio fiorentino and he won’t take any excuses for getting injured when playing the game.

Actually, I would rather let Arte sit on this one because c’mon, she’s playing murderball in the Renaissance Period. 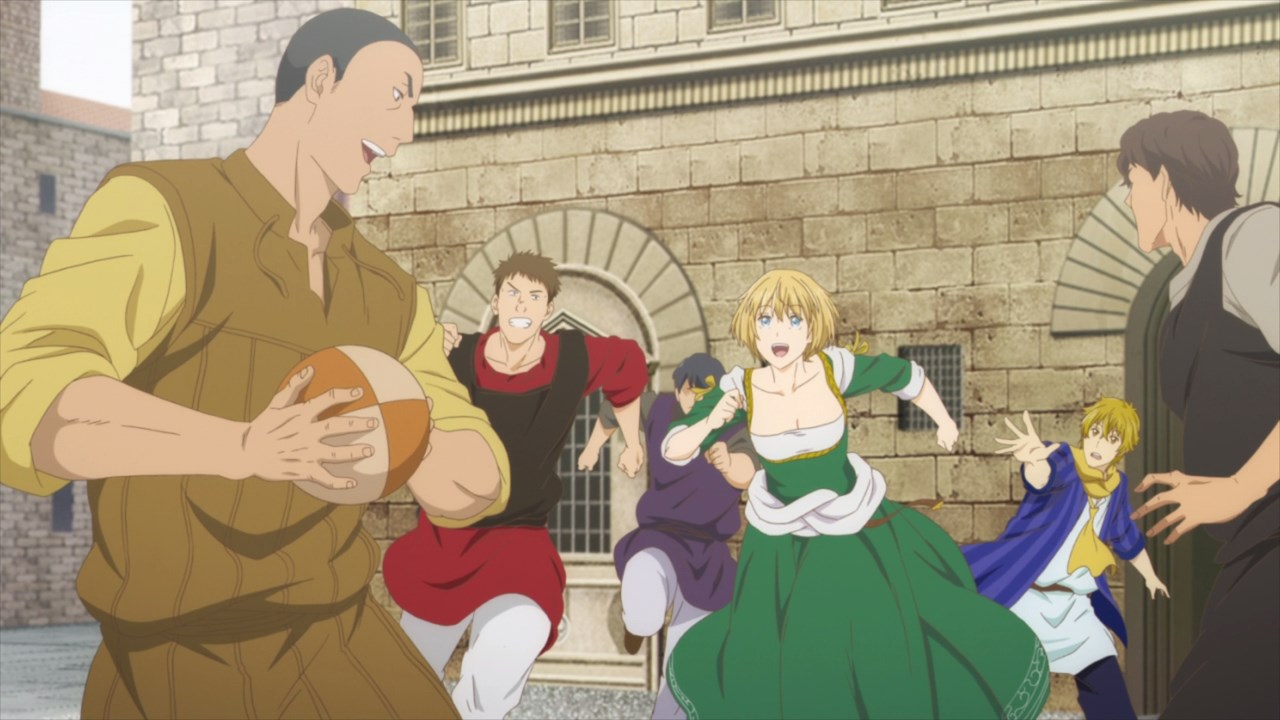 However, Arte decided to take the invitation and play calcio fiorentino, much to Angelo’s dismay as he doesn’t want her getting hurt. Let’s hope that Arte survives! 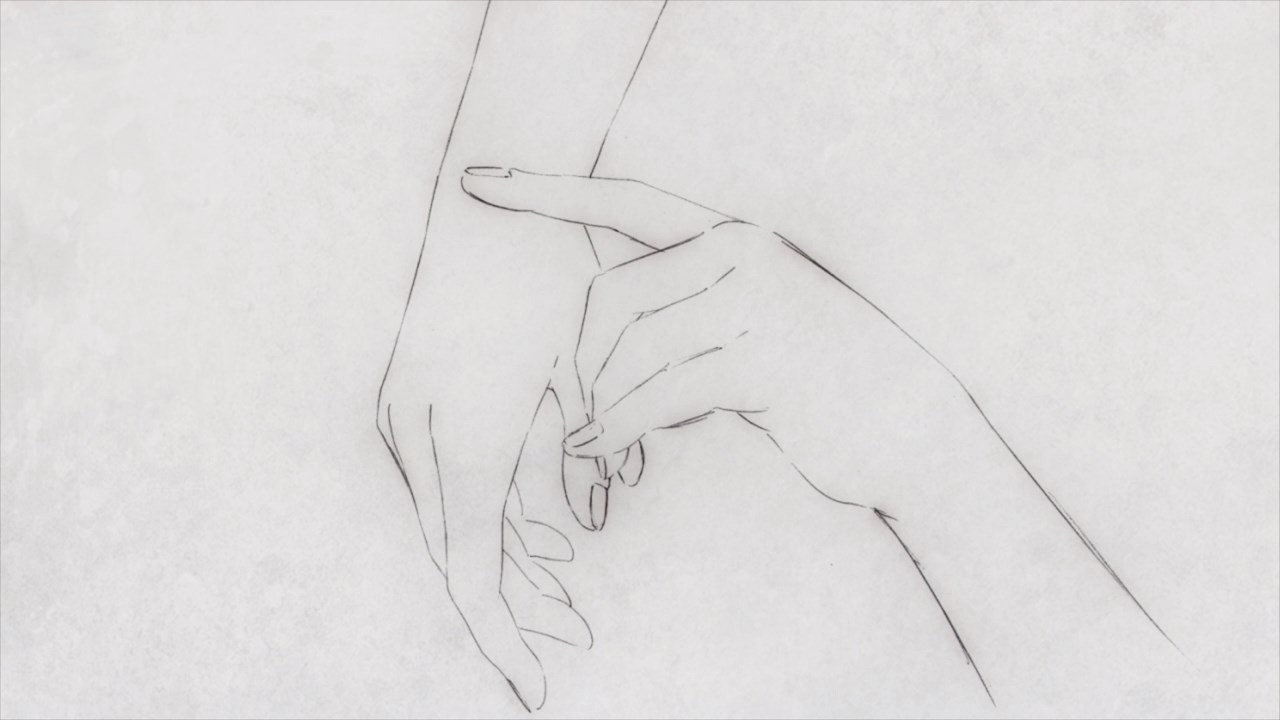 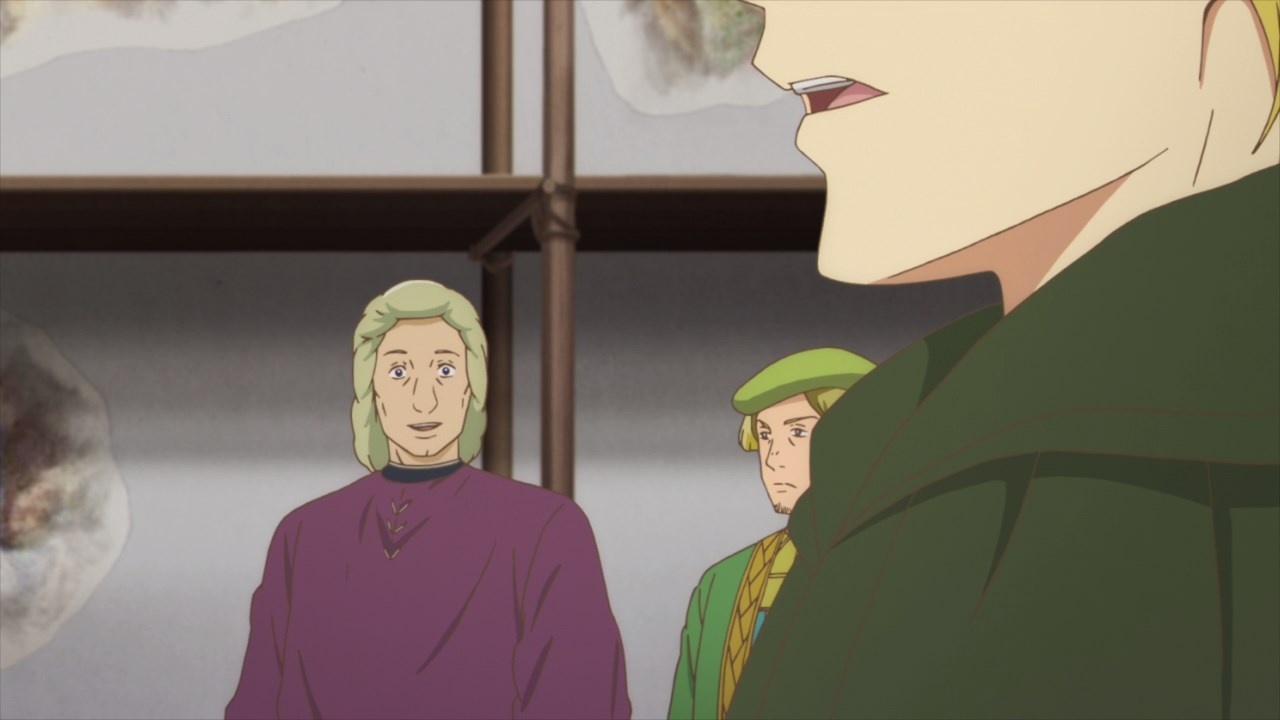 One more thing, it seems that a visitor from Venice have noticed a sketch that was different from the rest. Oh yeah, one of the curators told the visitor that a female apprentice draw it.

Anyways, I have a feeling that this visitor from Venice will be very interested on Arte on the next episode.