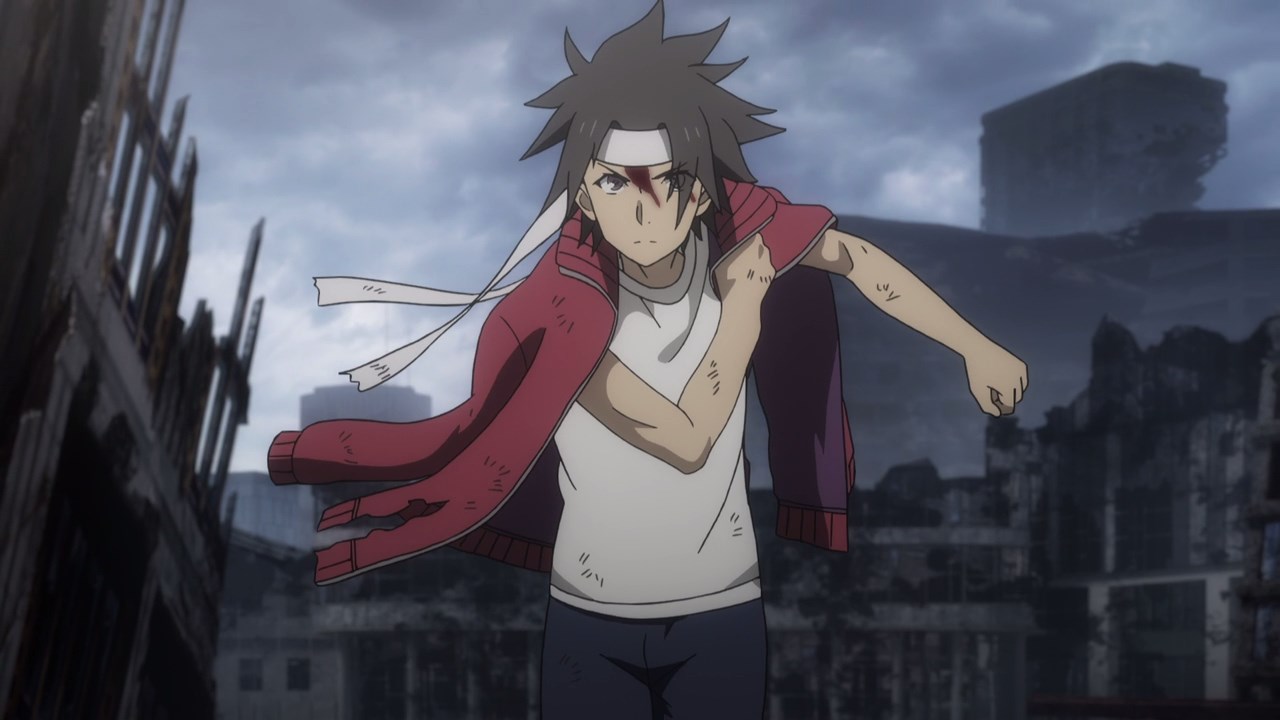 My goodness, looks like Gunha Sogiita is still alive and kicking as this Level 5 esper is gonna deliver an amazing punch at Mikoto Misaka.

Of course, there’s still some work to be done like finding a vaccine for the virus in order to save MISAKA No. 10032 and the rest of the MISAKA Network. 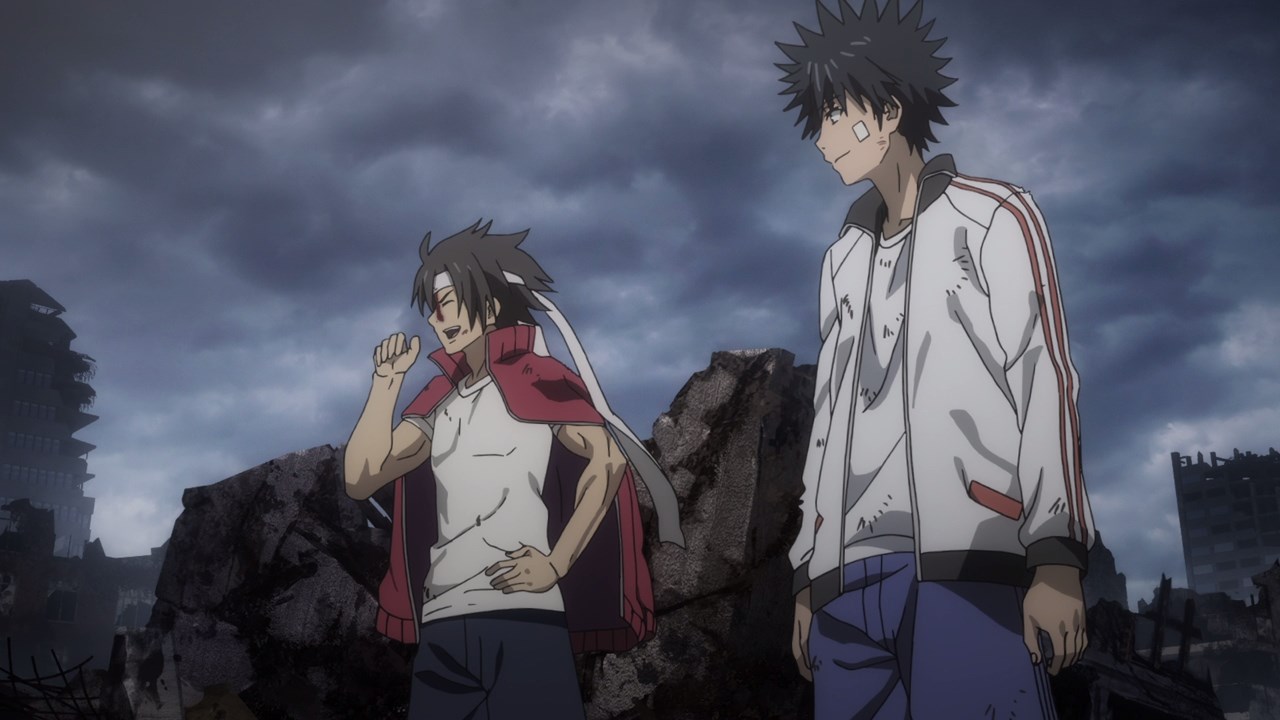 Anyways, Touma Kamijou is surprised that Gunha Sogiita can still move after being pushed back by a berserk Mikoto, but there’s no time to be impressed by Gunha’s gutsy resilience as they need to save her quickly. 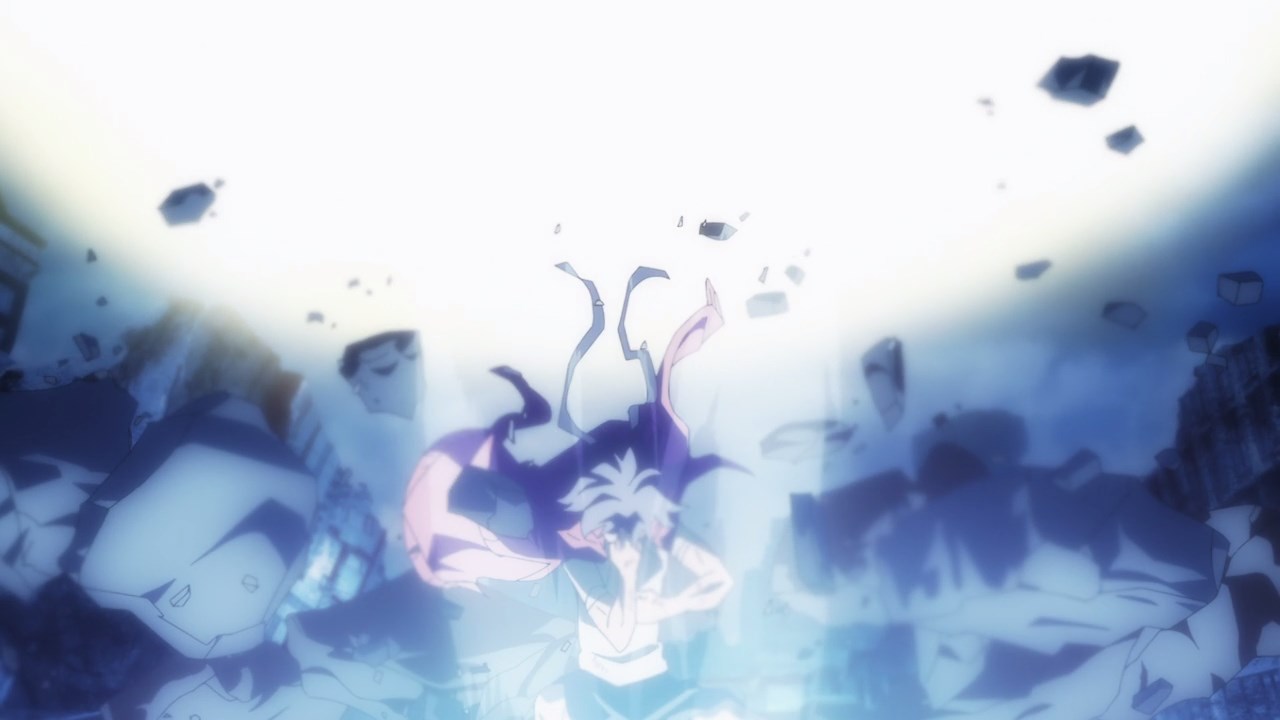 So first things first, they need an opening as Gunha Sogiita creates a giant ball of light. Not sure if he condense the heat from the sun, or the surrounding air. 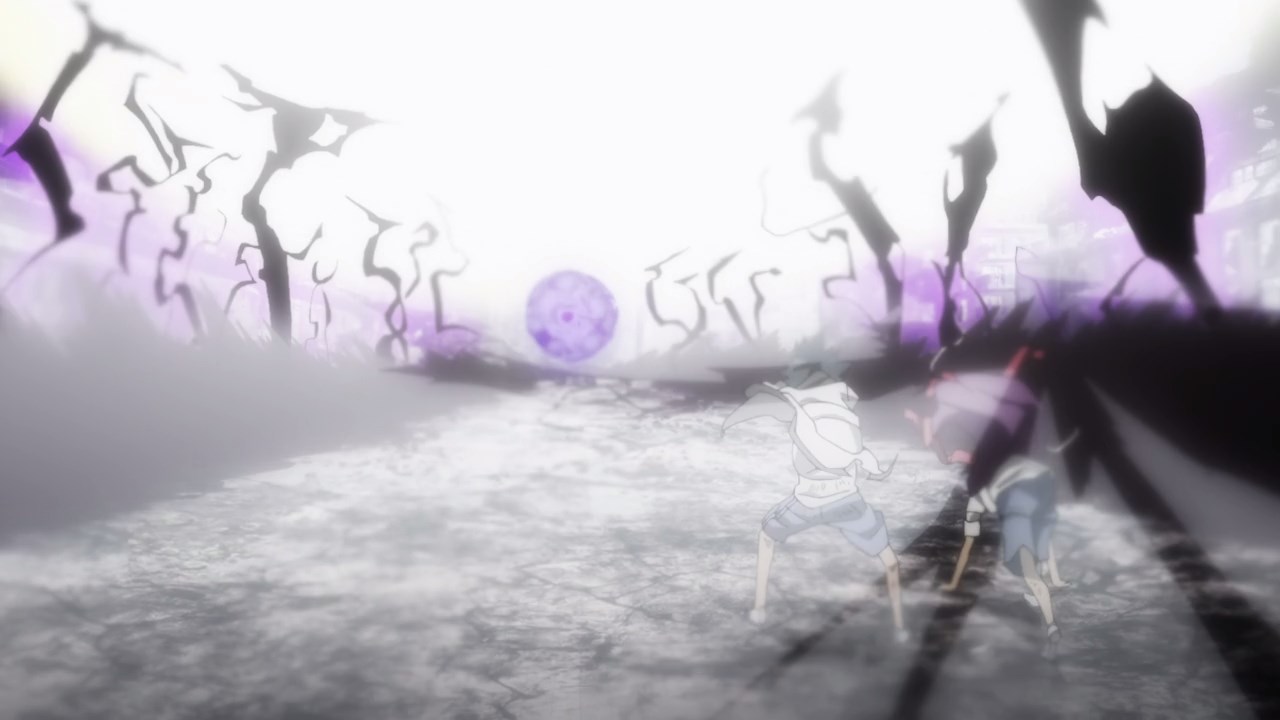 But thanks to Sogiita’s pressurized ball, Kamijou has the opening to save Misaka from her uncontrollable god-like powers. 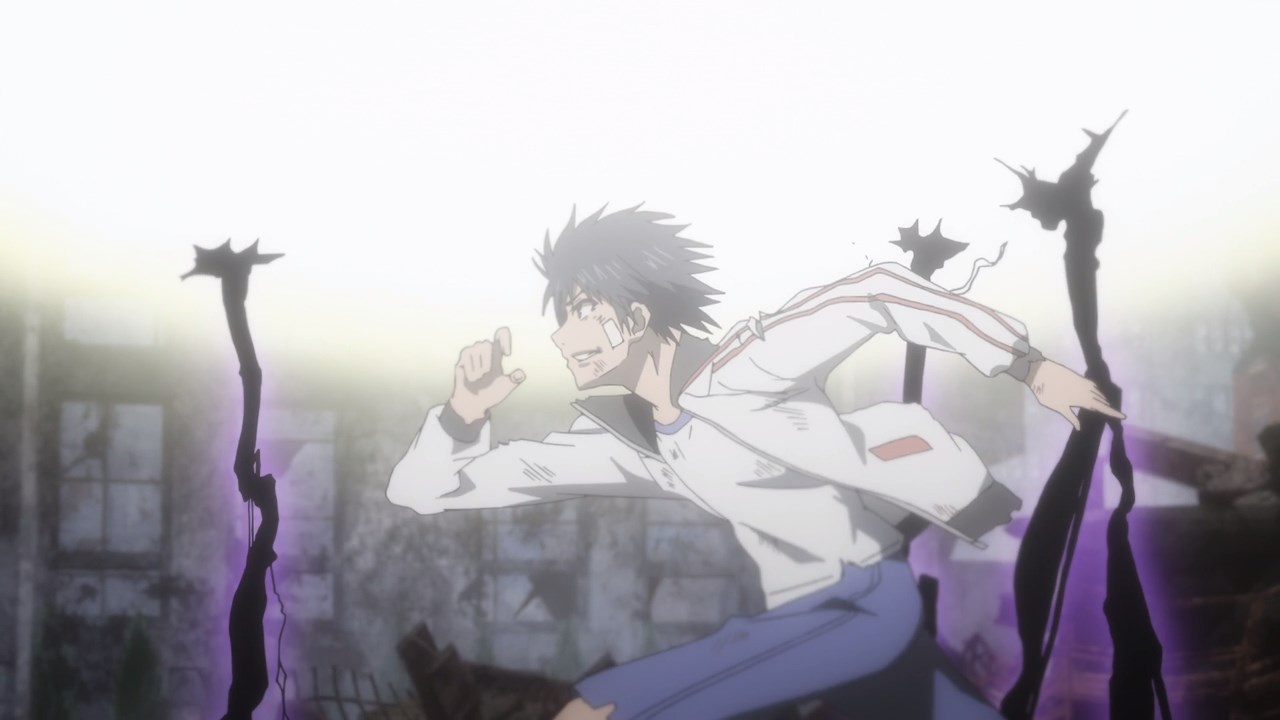 All he needs to do is to run towards Mikoto as fast as possible and use his right hand to smash that black hole-like aura that controls her.

But speaking of Mikoto Misaka, she’s trying to free herself from being controlled by godly beings and become a Level 6 esper.

Then again, I fear that she might get swallowed while Mikoto’s body will burst that would destroy Academy City. You know what, let’s pray that Touma Kamijou will rescue Mikoto Misaka. 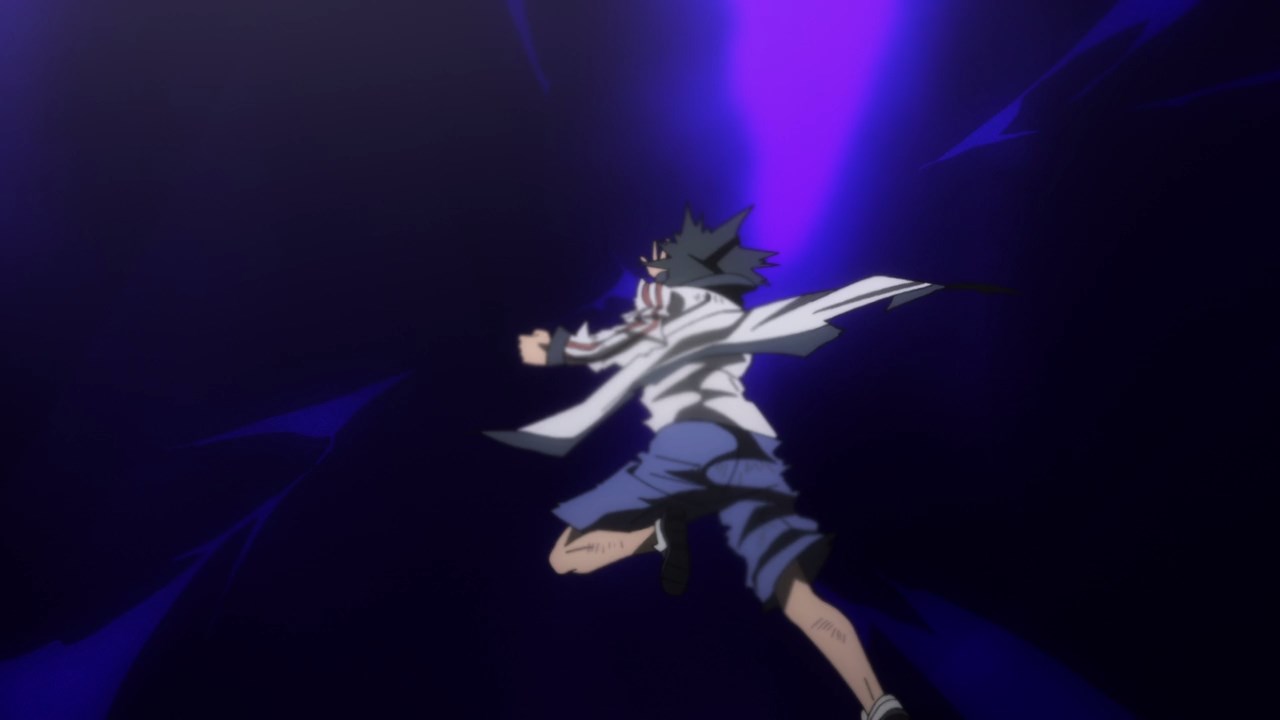 Anyways, Touma is gonna use Imagine Breaker to destroy this black sphere in order to set Mikoto free. Except that this sphere is so stubbornly tough… 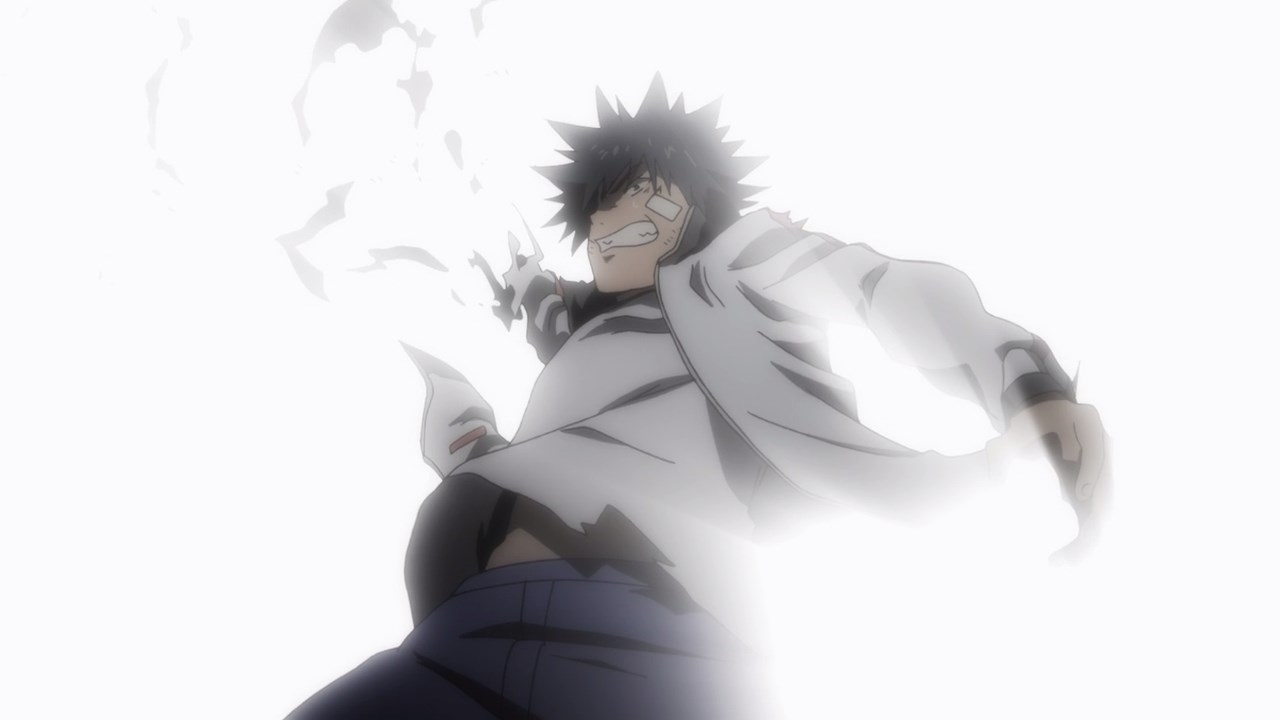 …to the point that his right arm got chopped again. Yeah, I’m not surprised that Kamijou will lose his arm on this crucial event. 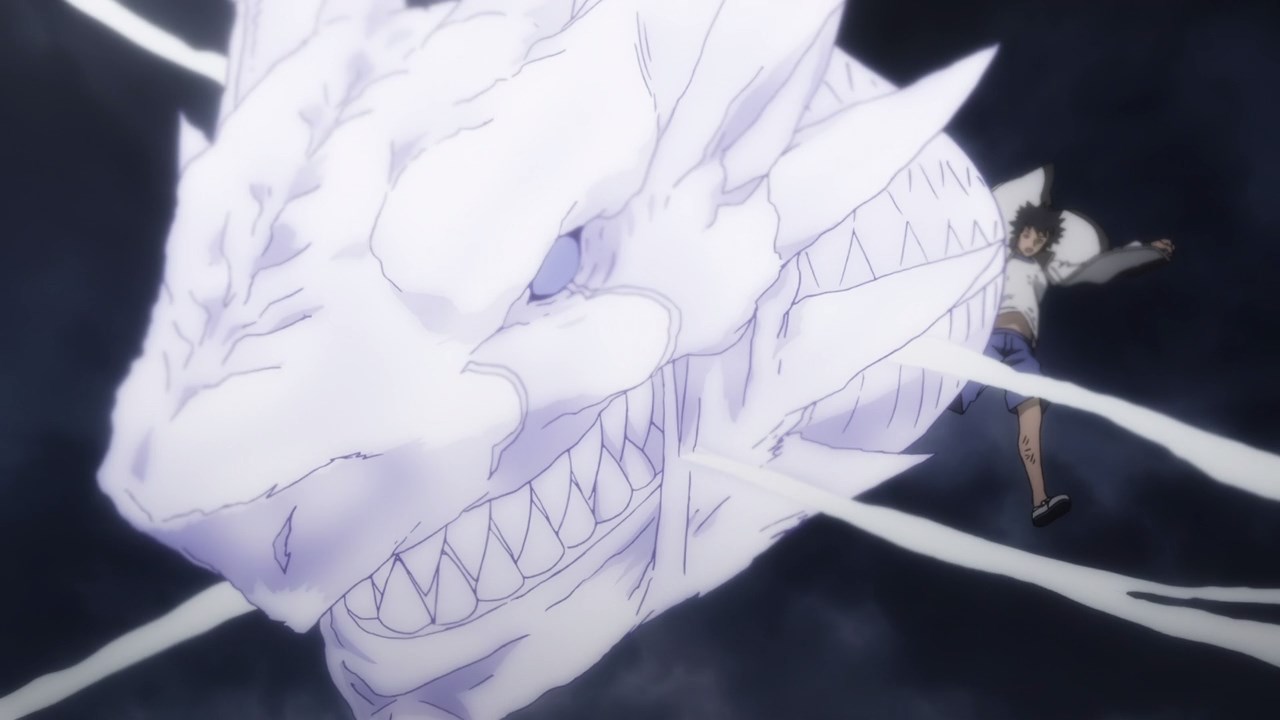 But hey, it seems that Touma can summon a dragon from his shoulder which might help on destroying the black sphere that controls Mikoto. 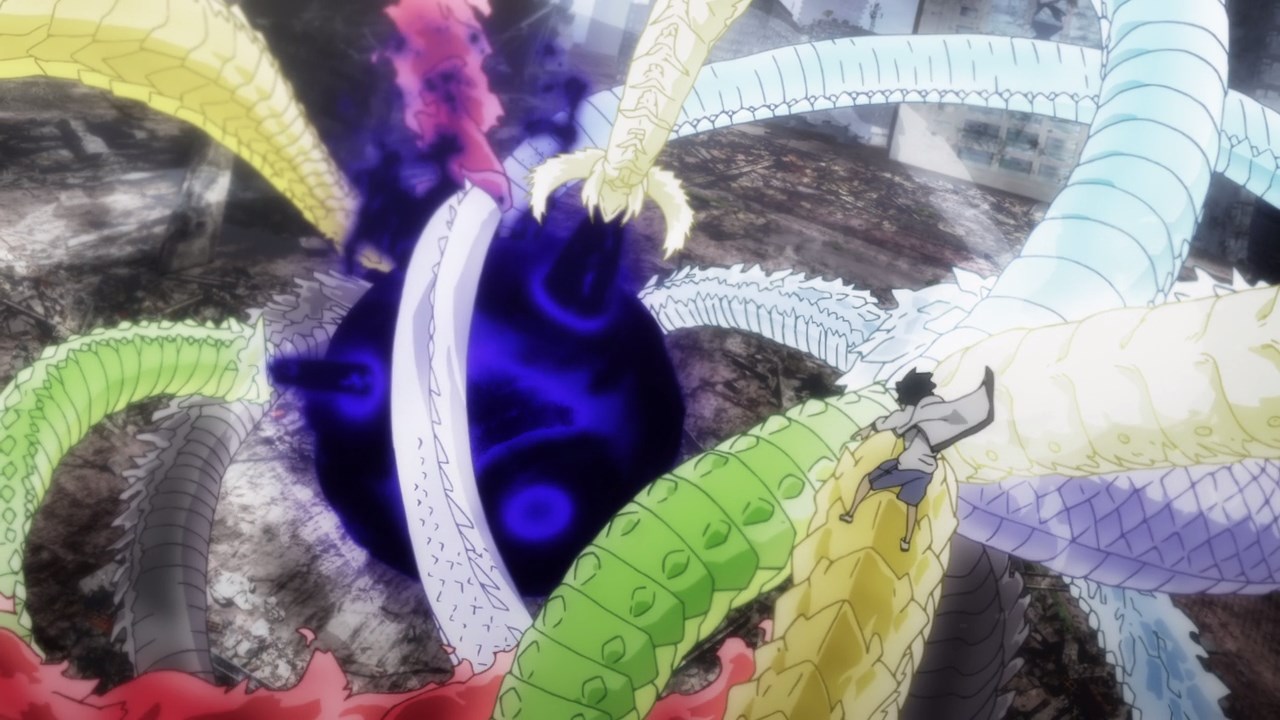 But if one dragon isn’t enough, Kamijou can summon dozens of dragons to rescue Misaka from Gensei Kihara’s control.

Sure that the mad doctor is taken care of, but let’s not forget that Kihara did bad things just to get his hands on a Level 6 esper. 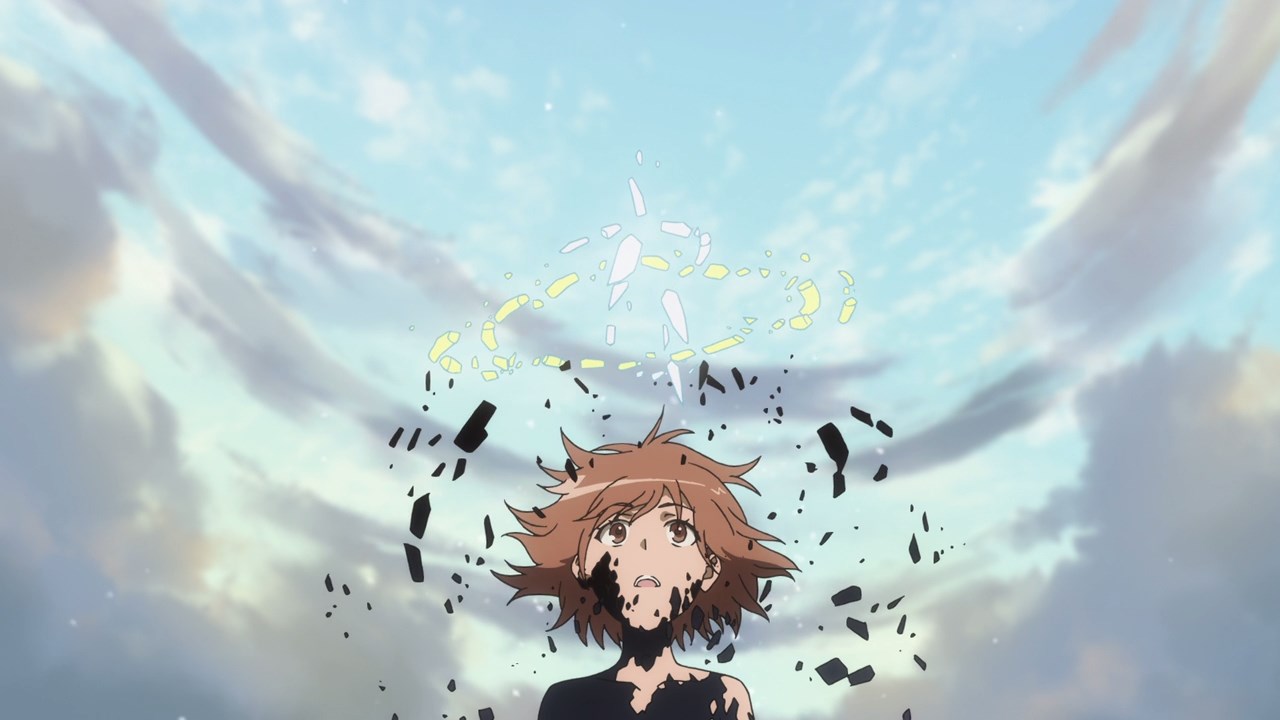 In any case, Touma and his dragons have finally rescued Mikoto from being swallowed up by divine beings, and turn into Level 6 at the cost of Academy City. 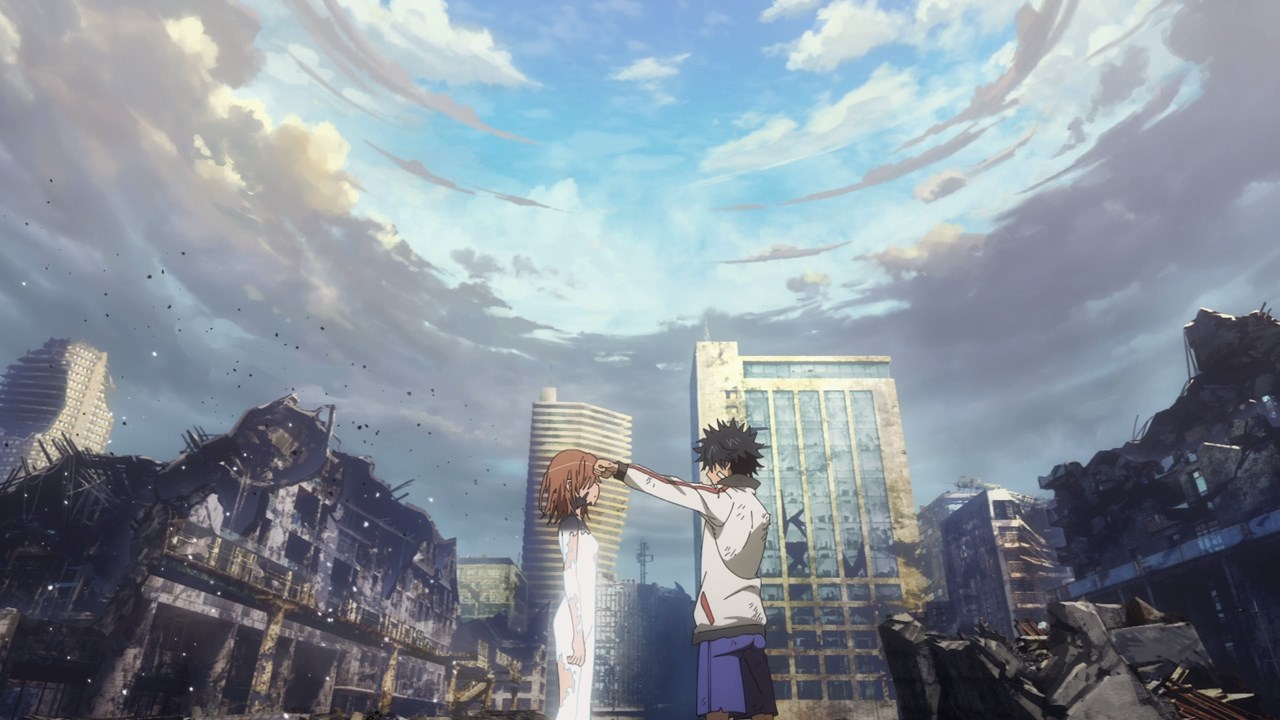 Man, they took long enough for Kamijou to stop Misaka from blowing up the city. Still, I think he needs to cover Mikoto or a certain Level 4 esper from Judgment might kill him.

Well, Touma has his jacket to cover Mikoto. Of course, let’s not forget that he lost his right arm upon rescuing her.

Actually, never mind as Kamijou’s right arm has returned like magic. In any case, looks like this crisis is finally over. 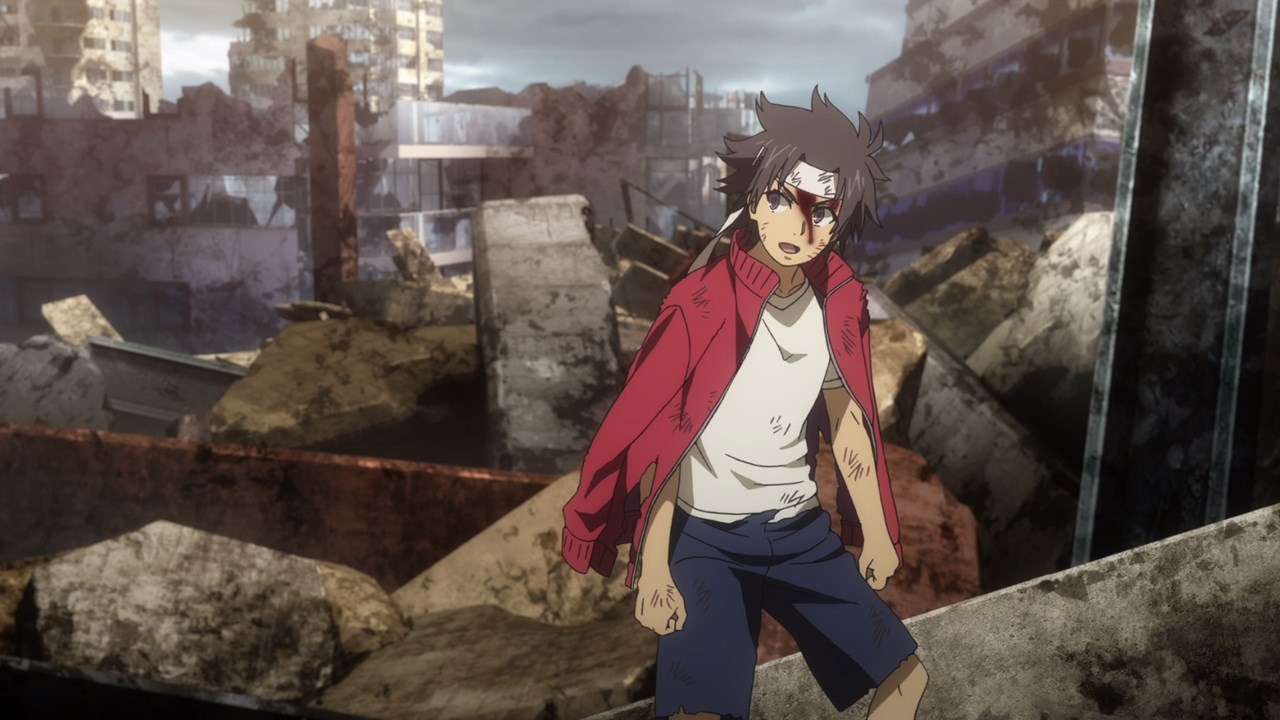 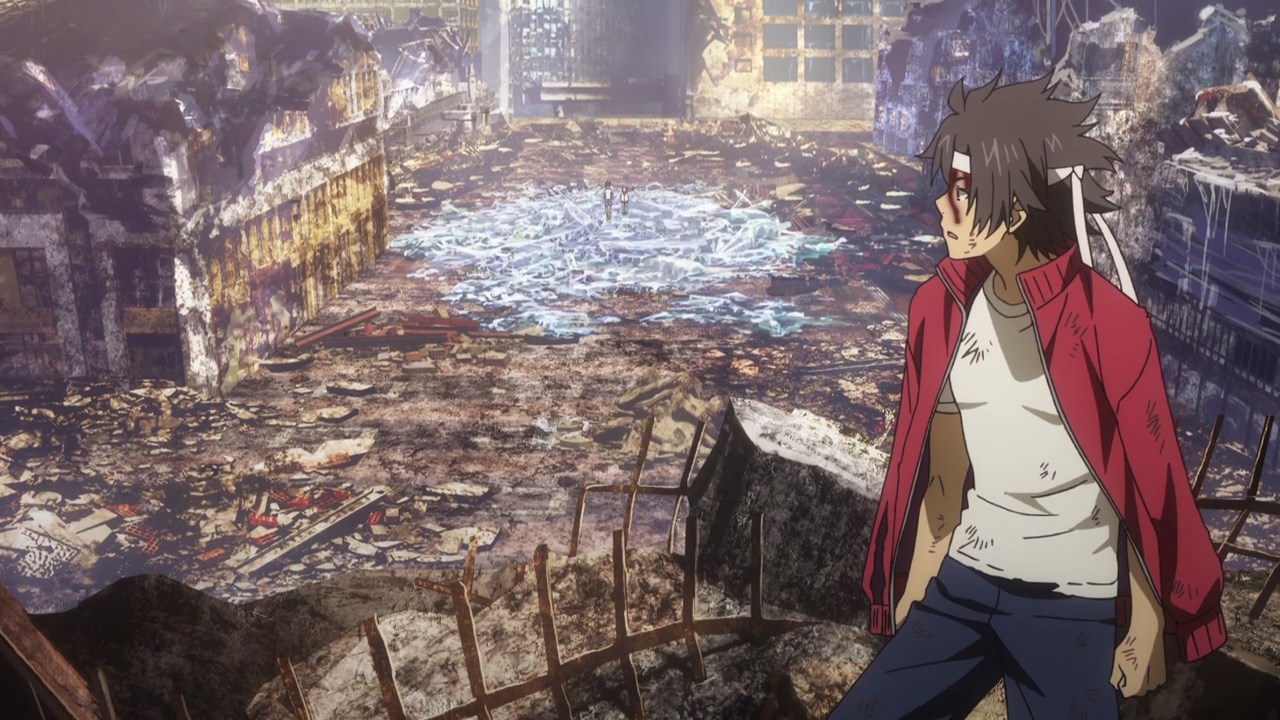 Still, Sogiita is surprised that the place has become a mess thanks to Misaka’s uncontrollable powers. Looks like the higher-ups at Academy City will have to cover it up, especially that metal-like debris over there.

Wait, could it be that this debris is actually the rumored Shadow Metal? Probably, but we’ll never gonna get an answer for that! 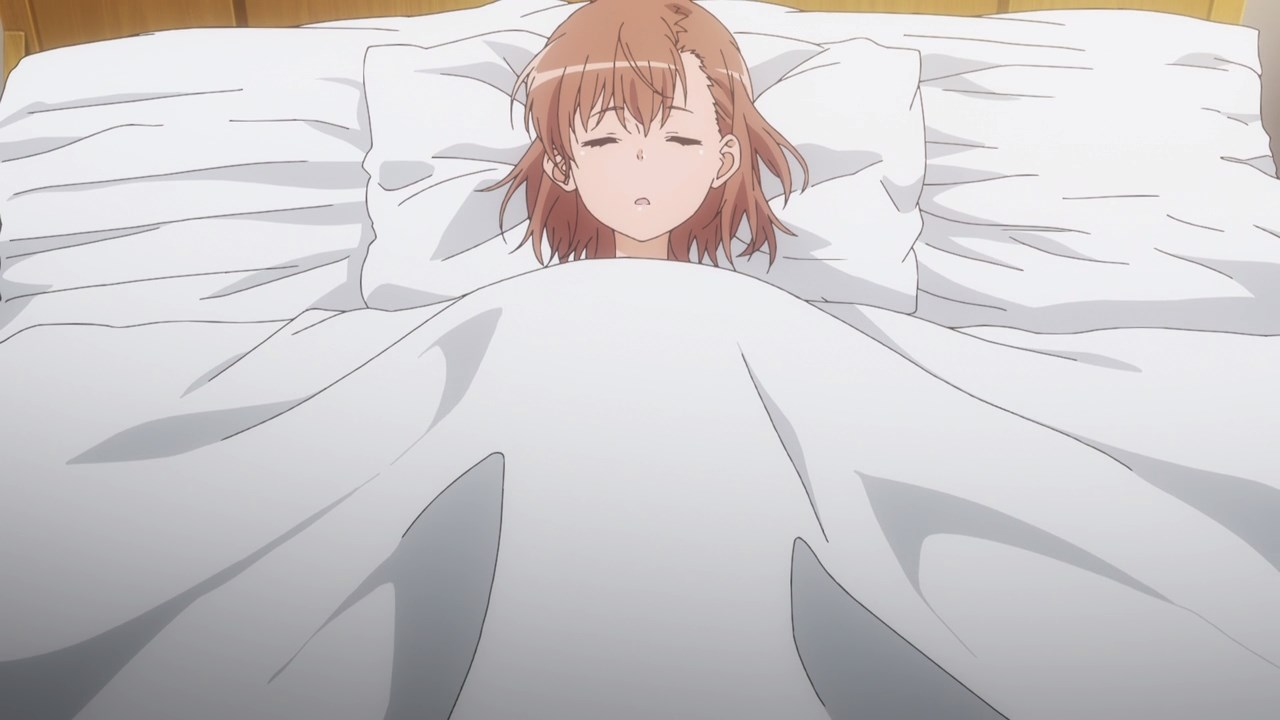 Anyways, looks like MISAKA No. 10032 has recovered as someone took her to the hospital along with the vaccine, meaning that the MISAKA Network is safe and sound. 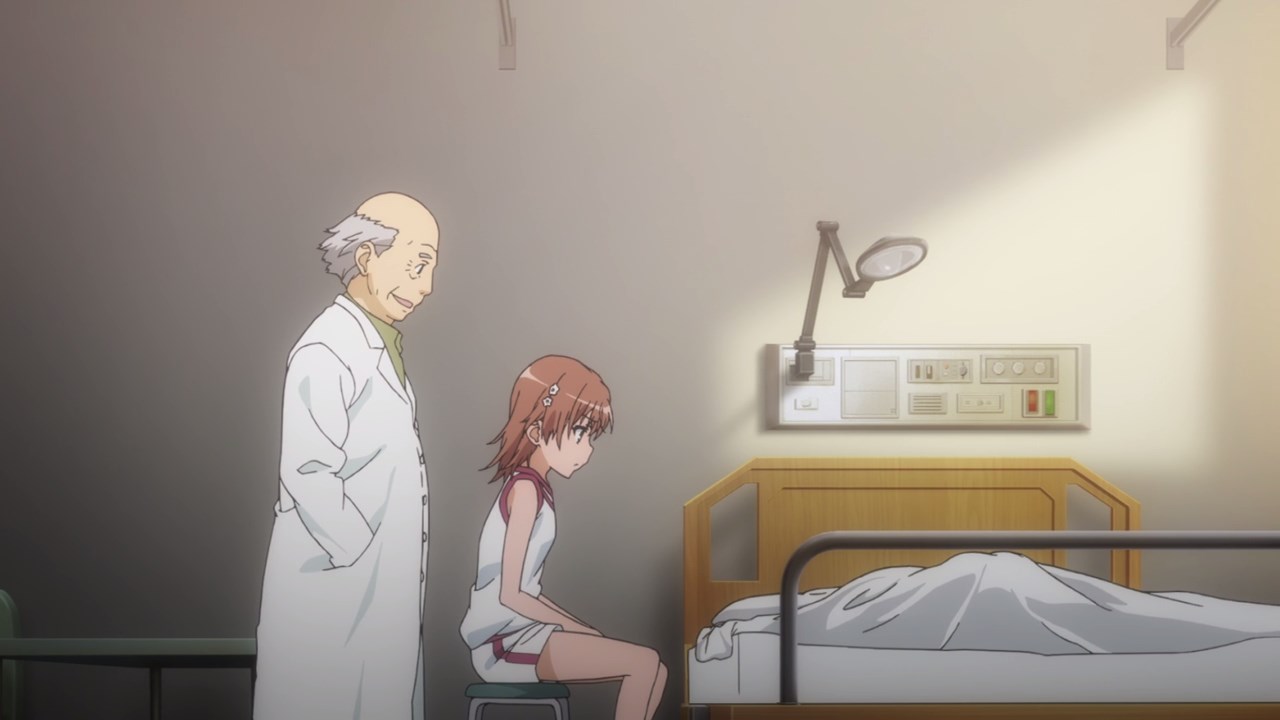 Heck, the doctor used the vaccine to cure MISAKA No. 10032. Hmm, could it be that Misaki Shokuhou brought the MISAKA Sister and the vaccine to a certain frog-faced doctor? 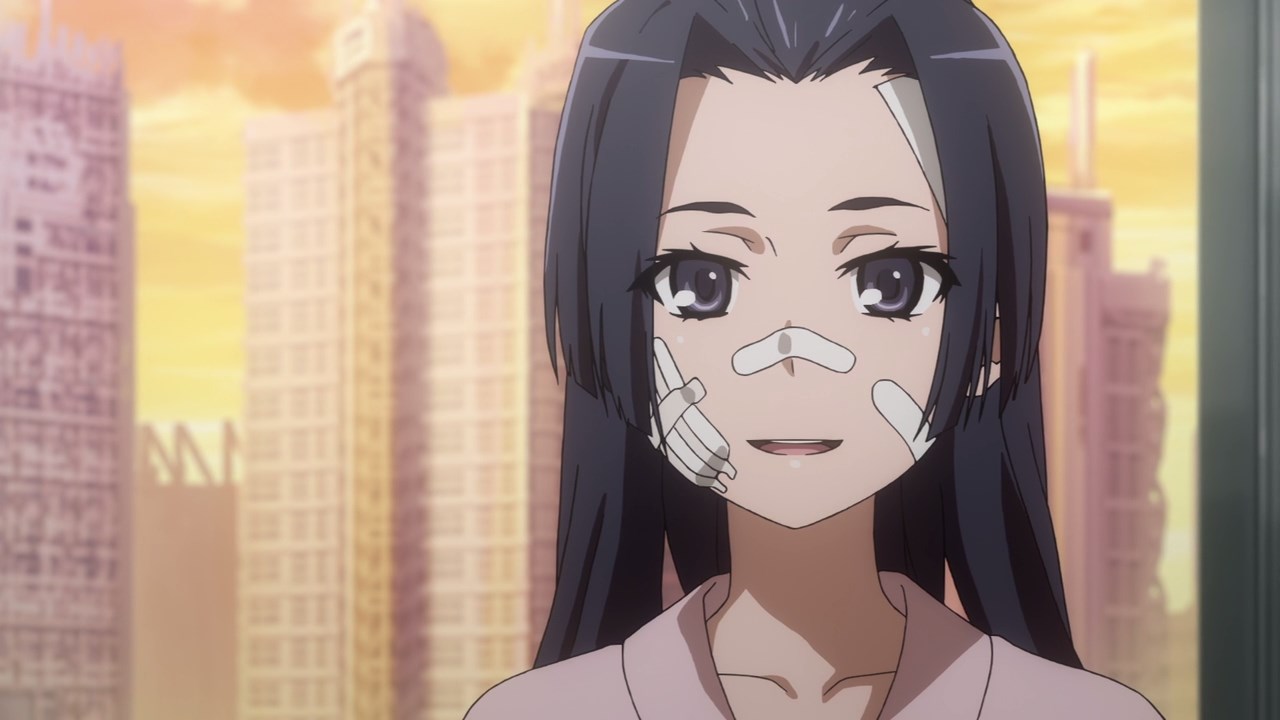 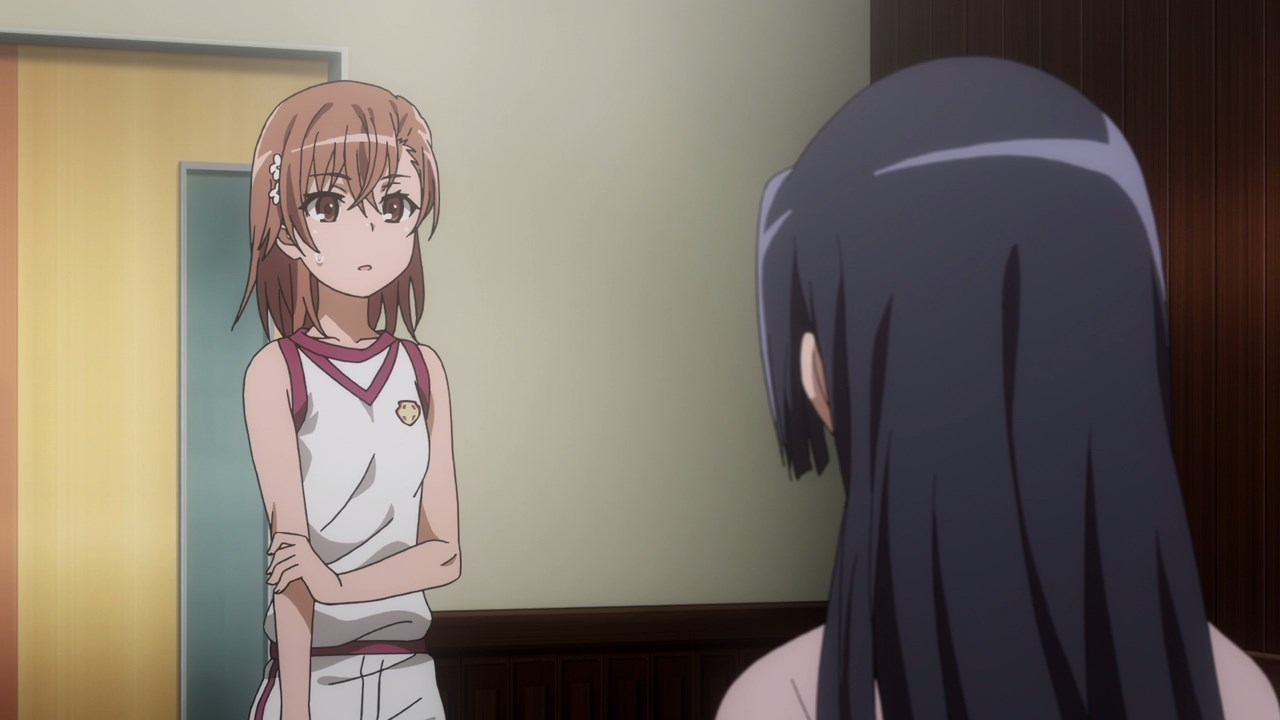 Still, Mikoto Misaka felt sorry for dragging Kongou into her mess. Then again, I think Mitsuko won’t remember a thing about Mikoto having a sister once her memories are altered by Misaki Shokuhou. 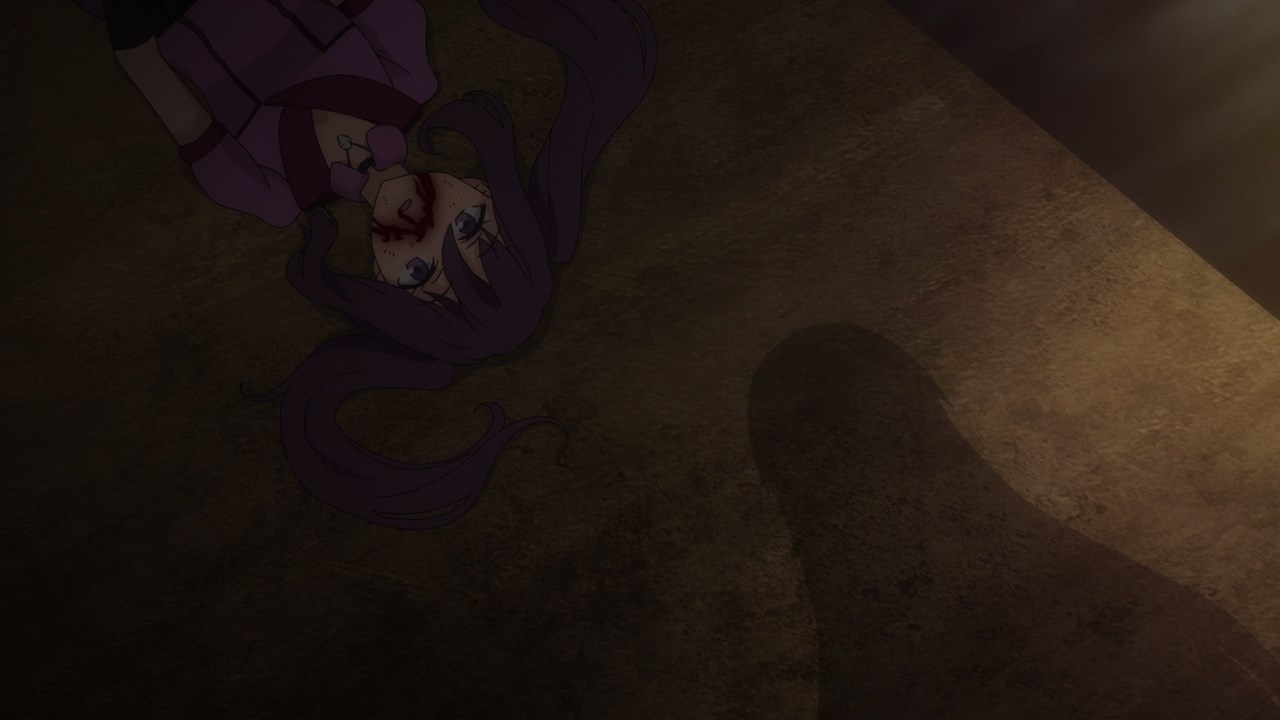 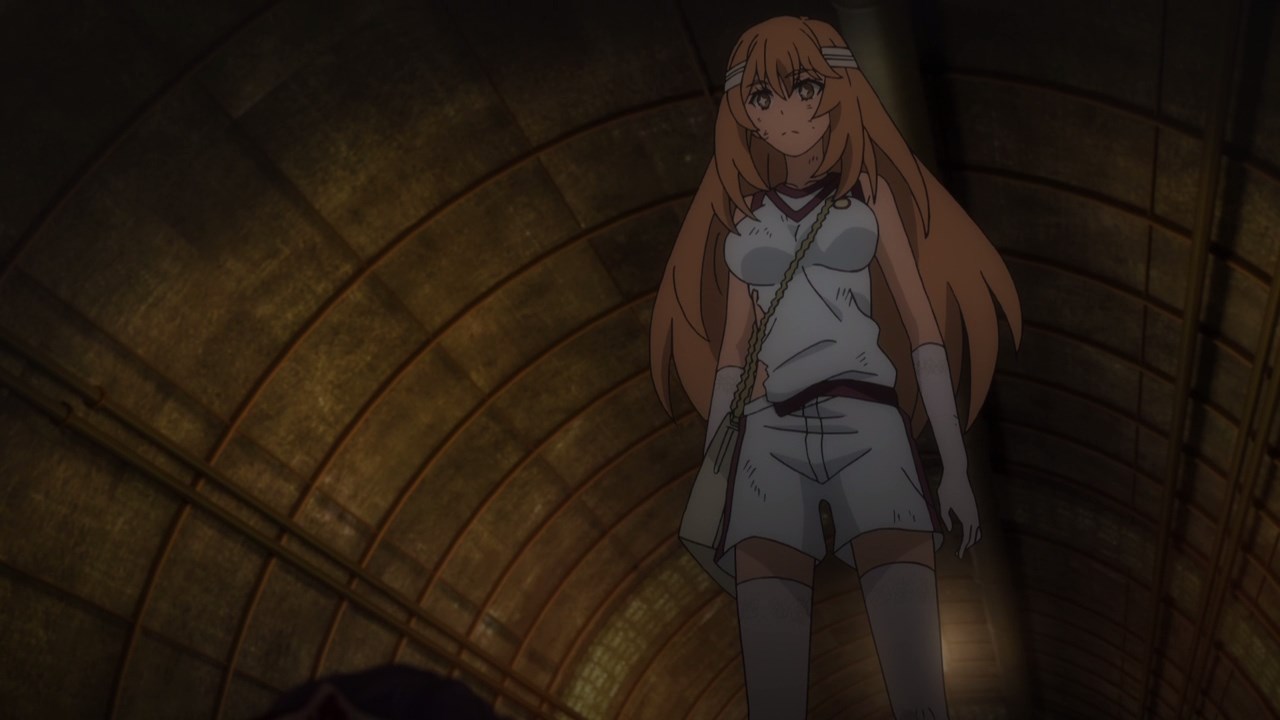 Oh yeah, speaking of Misaki Shokuhou, looks like she saw Mitori Kouzaku being handcuffed and I’m not sure what will happen to Kouzaku now that the Level 6 Shift plan failed.

On the other hand, where’s Keitz Nokleben? Did he just disappear after his job as Misaki’s accomplice is done? And one last thing, will Shokuhou restored the memories of Misaka’s friends? 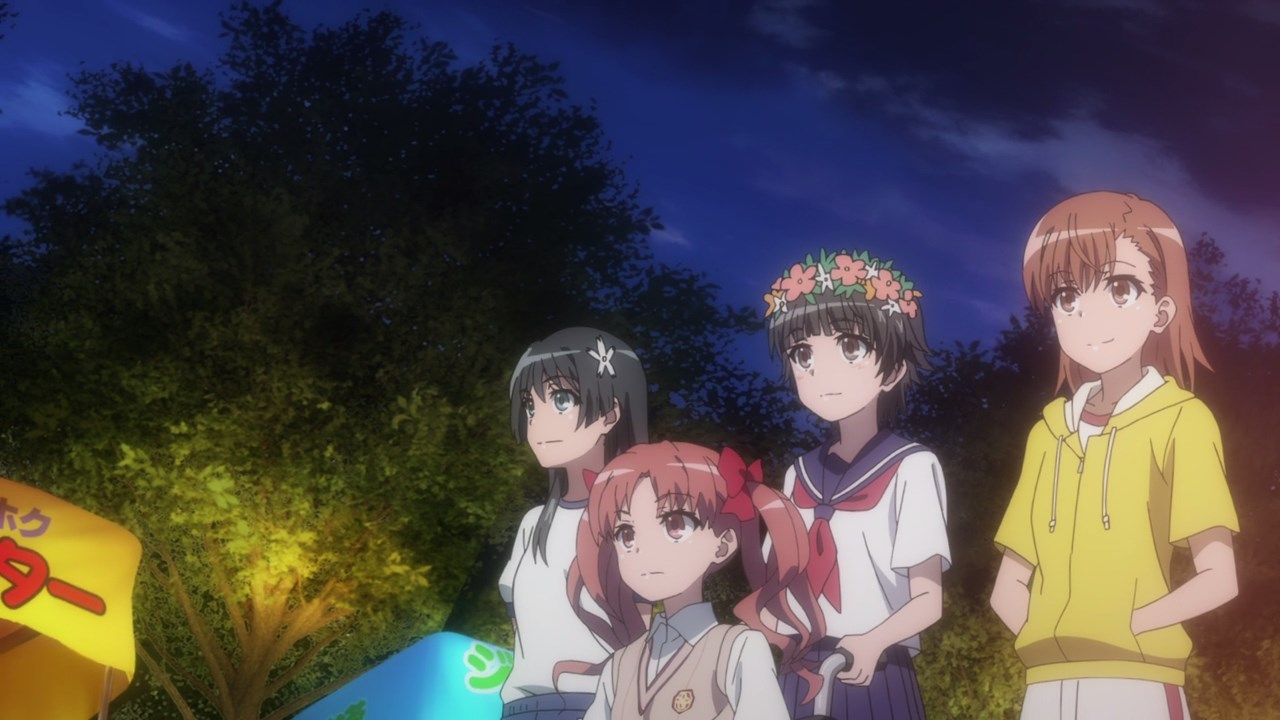 Anyways, the Daihasei Festival is finally finished as the athletes from various schools are having fun, like visiting various food stalls to buy snacks or play carnival games for prizes.

One more thing, it appears that the memories of Kuroko Shirai, Kazari Uiharu, and Ruiko Saten are finally restored. Well, Misaki Shokuhou altered their memories a bit so while they remember Mikoto Misaka as their friend, everything related to Exterior, the MISAKA Network, and Mitori Kouzaku are completely forgotten.

Still, I won’t forgive Misaki Shokuhou for her scumbag move just to ruin Gensei Kihara’s scheme of making a Level 6 esper. But hey, everything is fine now! 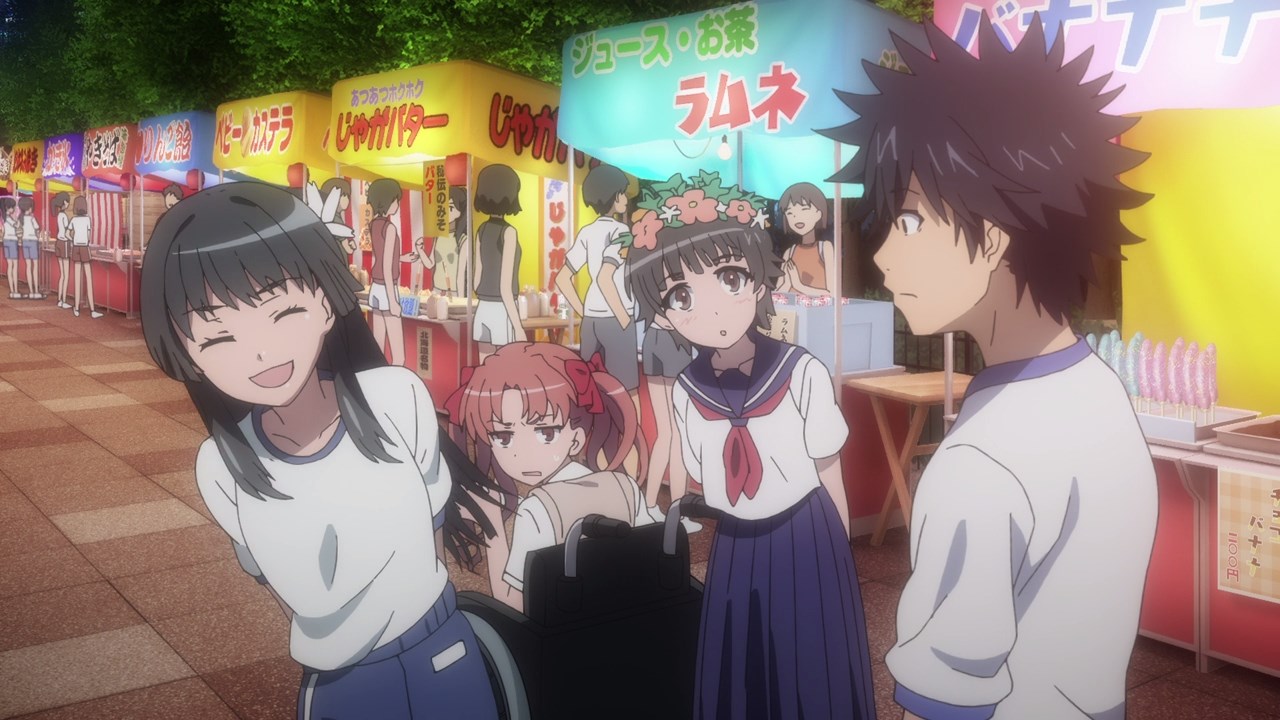 Also, here’s Touma Kamijou where he thanked Ruiko Saten for lending him a good-luck charm, although he won’t remember Saten much since Kamijou is busy dealing with trouble from the Magic Side.

Fortunately, Touma has managed to stop Oriana Thomson and her partner Lidvia Lorenzetti from unleashing the Croce di Pietro in Academy City. But with that said, Kamijou is asking Saten to dance with him. 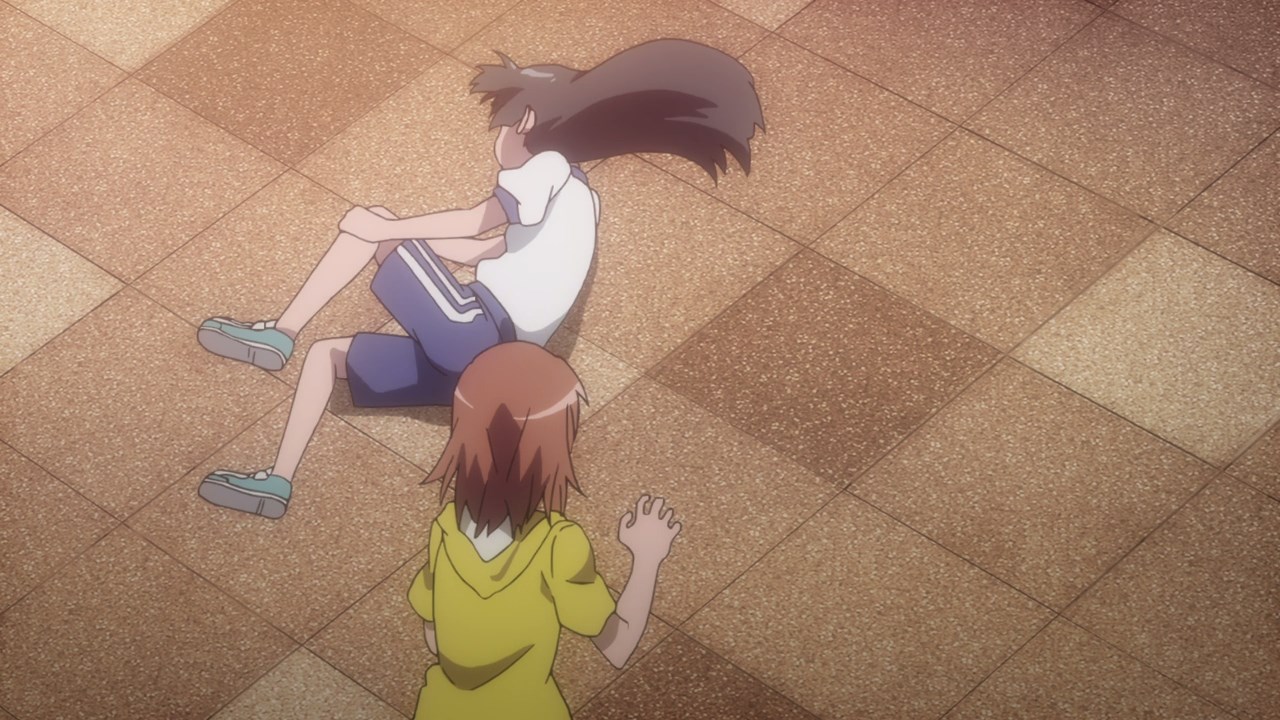 Except that Ruiko got a leg sprain after participating in various events. You know something, I think she and Kazari are planning to bring Touma and Mikoto together. 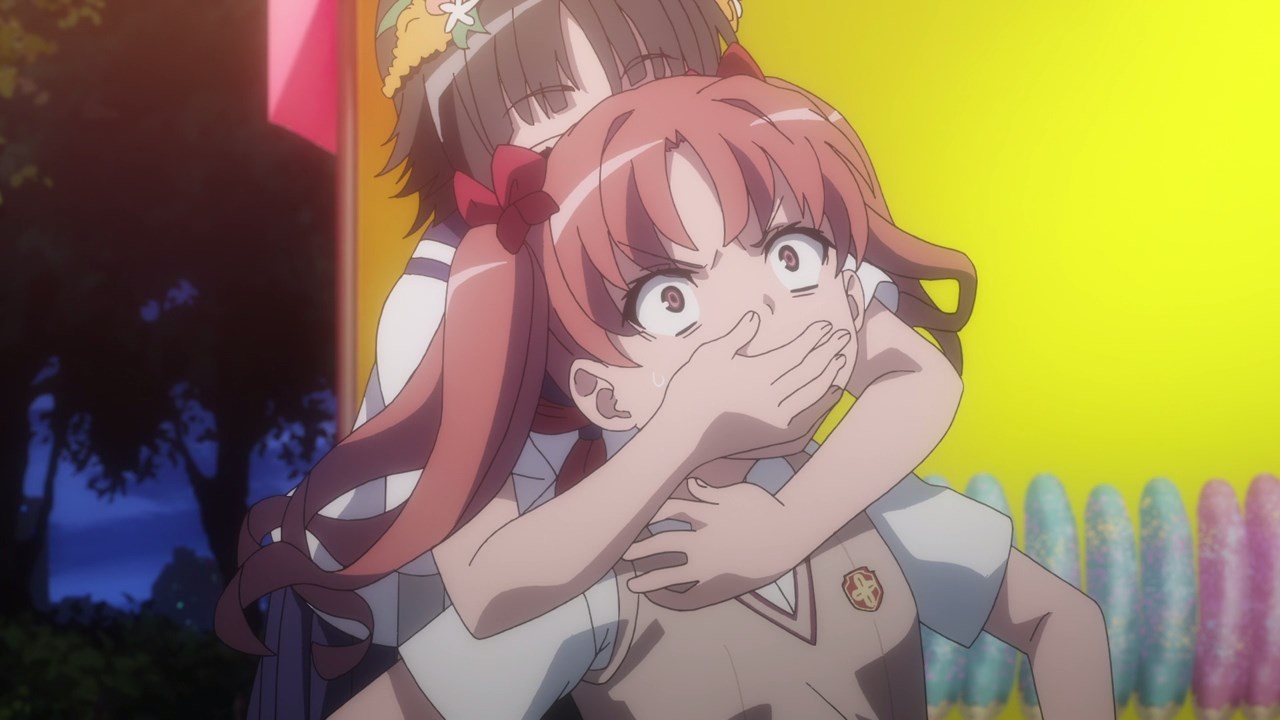 Sorry Kuroko, but Touma will dance with Mikoto on the final day of the Daihasei Festival. 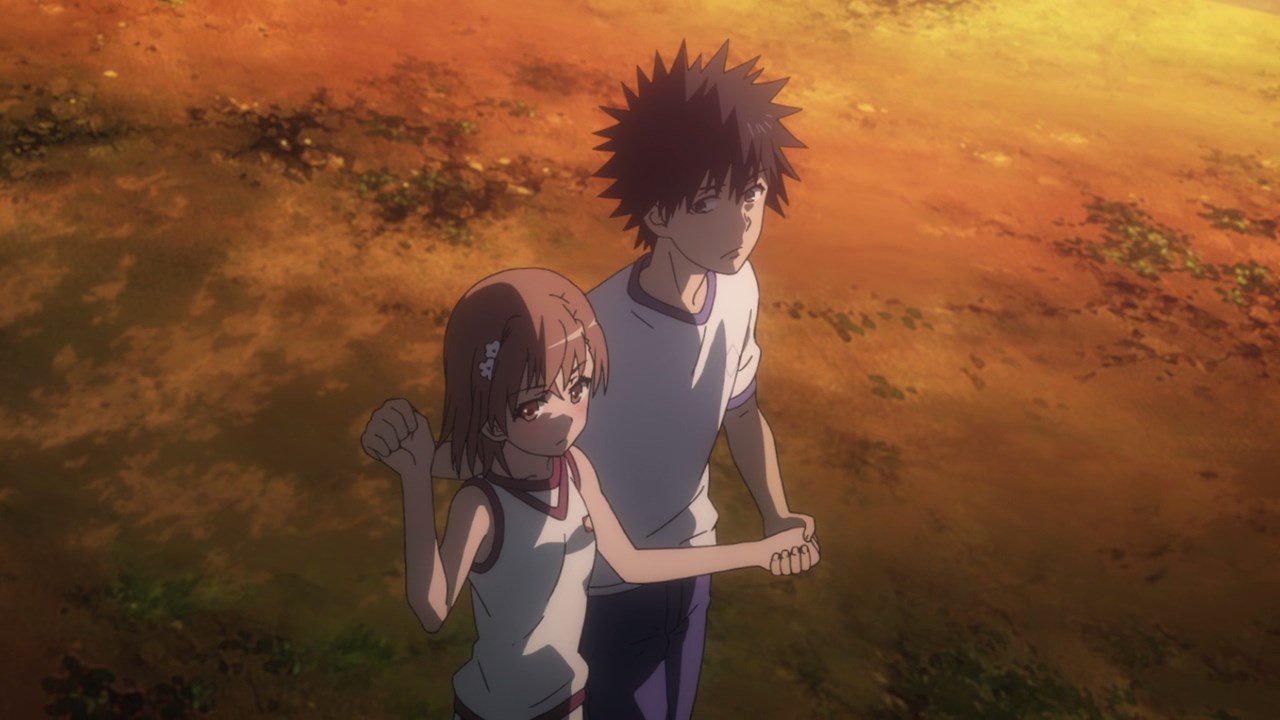 Then again, participating at the folk dance is somewhat awkward for both of them. But you know what, I think Misaka and Kamijou should enjoy the festivities after they went through. 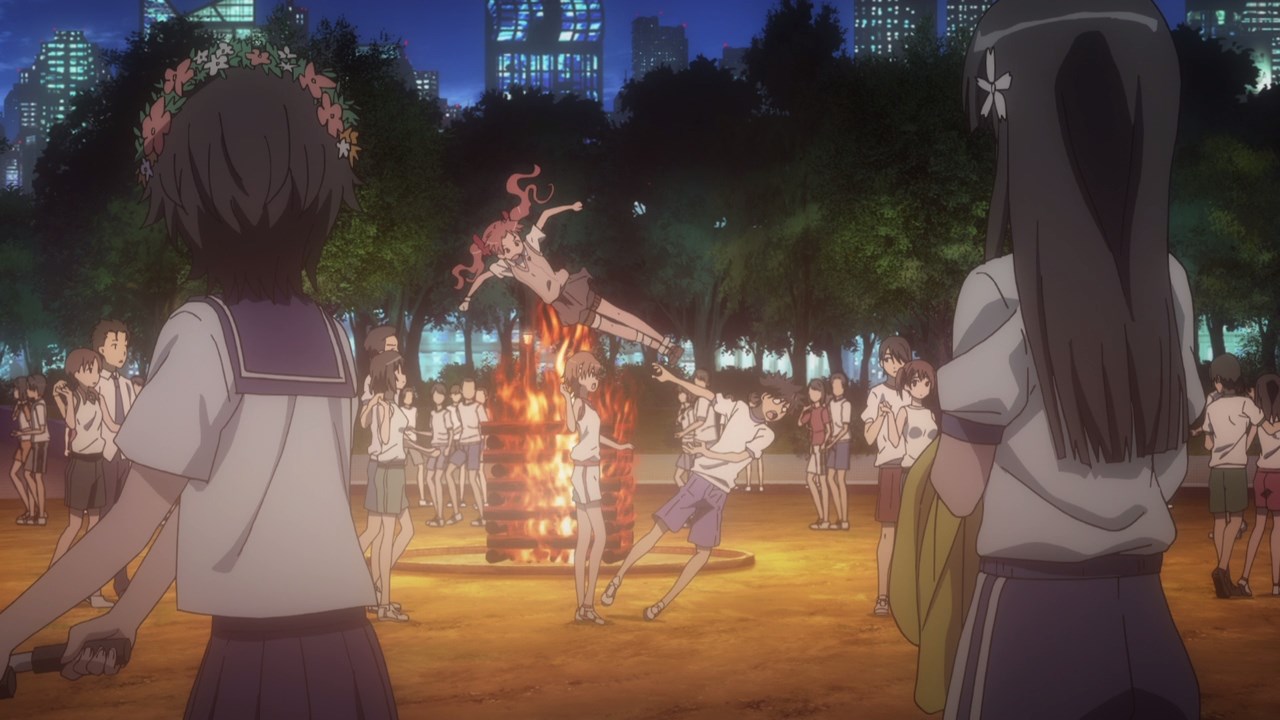 Unfortunately, their folk dance got cut short when Kuroko Shirai delivered a nasty drop kick on Touma Kamijou. Looks like there’s no stopping Kuroko from getting her hands on Mikoto, injuries be damned!

And that’s the end of the Daihasei Festival Arc and I must say that J.C.Staff pulled through on creating a climatic episode after suffering numerous delays. Still, I’m hoping that the anime studio are doing okay but anyways, the next episode will be a breather before tackling the next story arc.