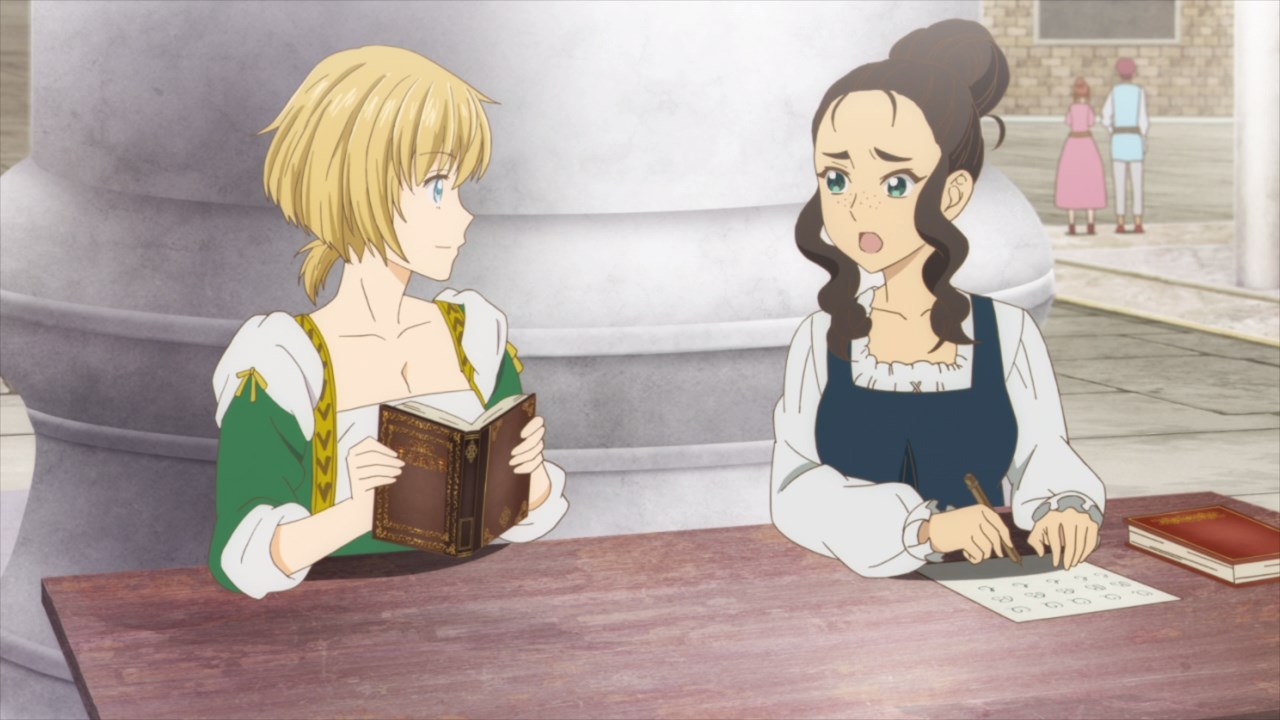 Let’s start this episode with Arte teaching a commoner named Darcia on how to read and write. C’mon, women need to be smart if they want to empower themselves in the future.

However, that’s not the main topic for this episode… 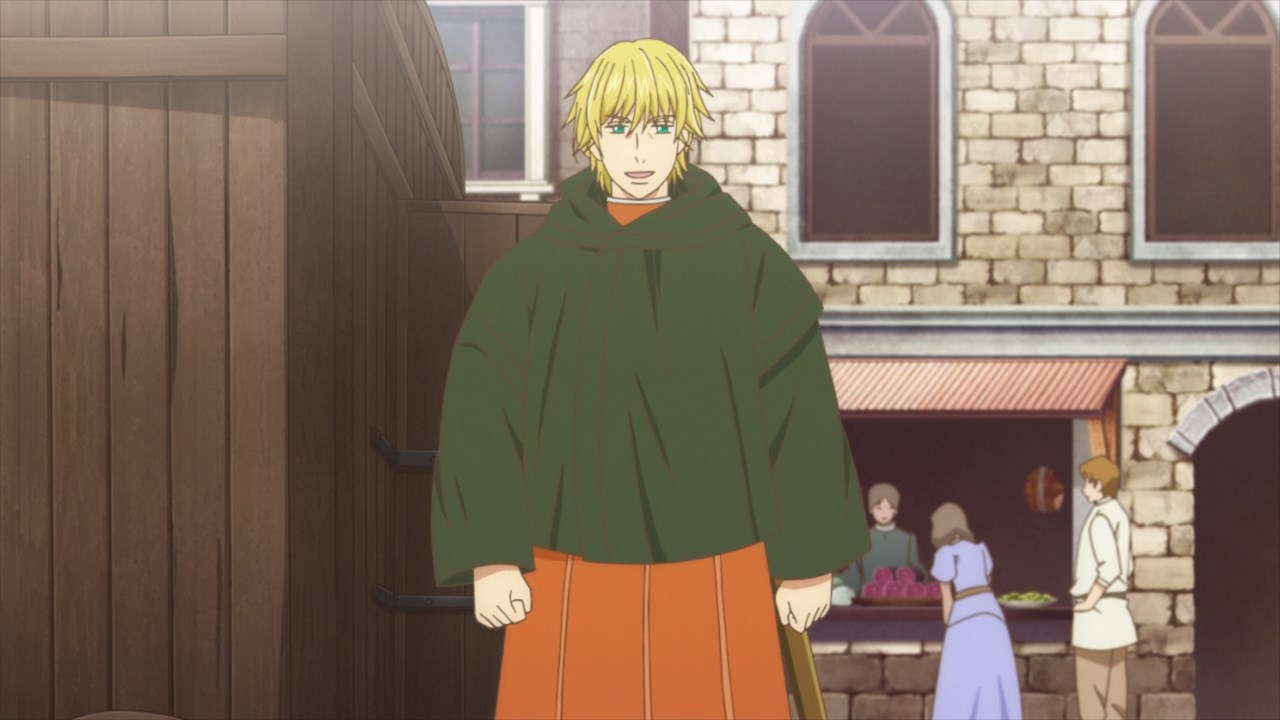 That’s because a certain Venetian noble has appeared who has an interest in Arte upon seeing her sketches on the previous episode.

This is Yuri Falier where he wants to see Leo’s female apprentice because Yuri is interested on her potential skills as an artisan, as well as her background as a noblewoman from the Spalletti family. 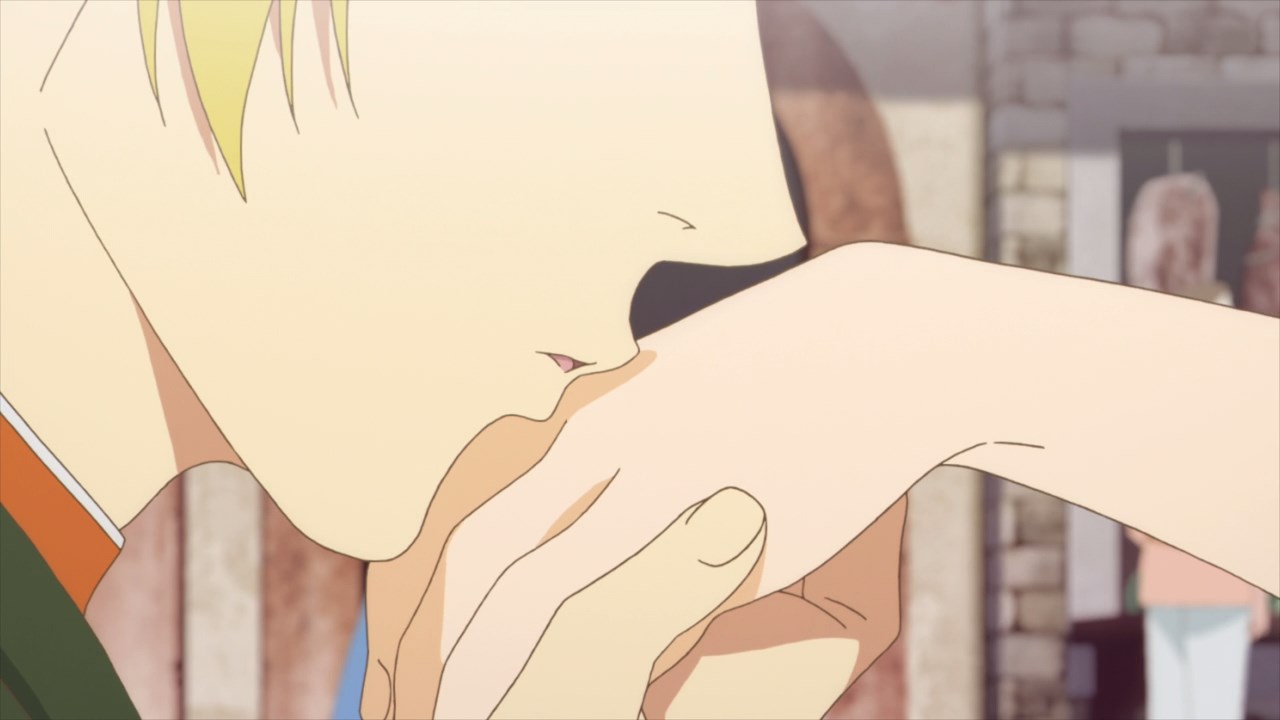 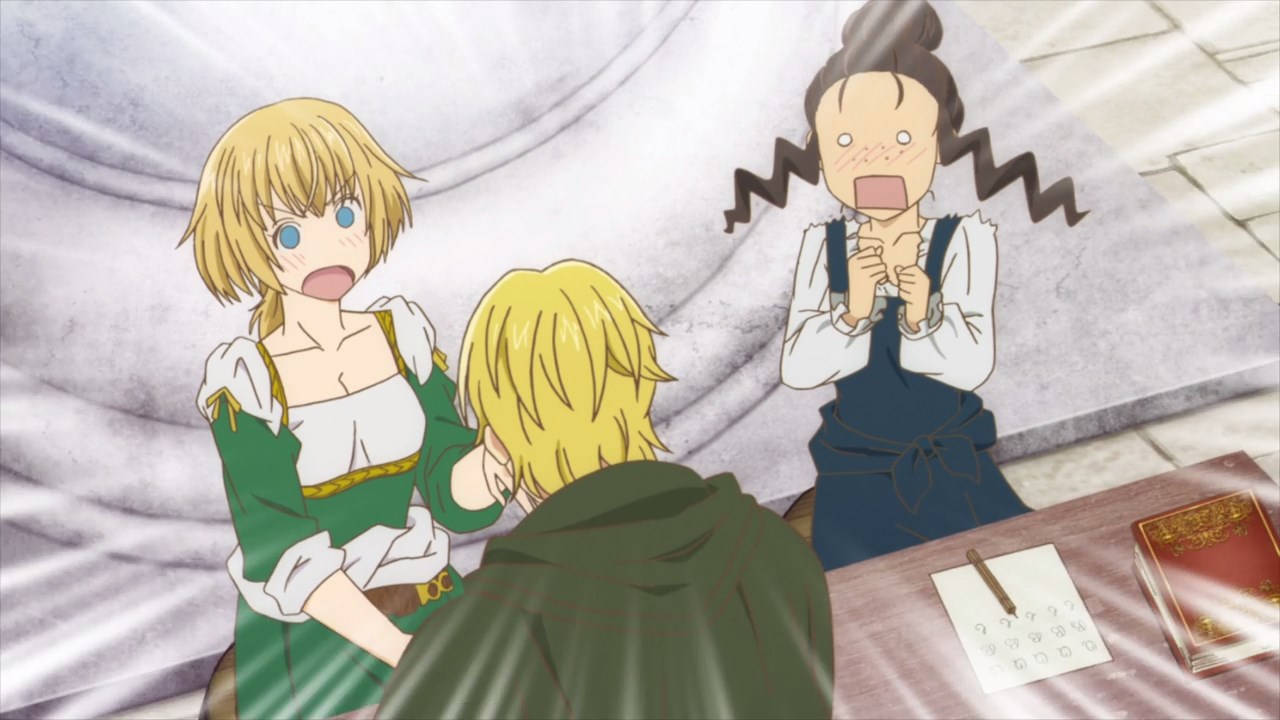 But anyways, I think Yuri’s presence has surprised the likes of Arte and Darcia. And really, this Venetian noble wants Arte to work with him as a tutor to his niece and a portrait painter to the Falier family. 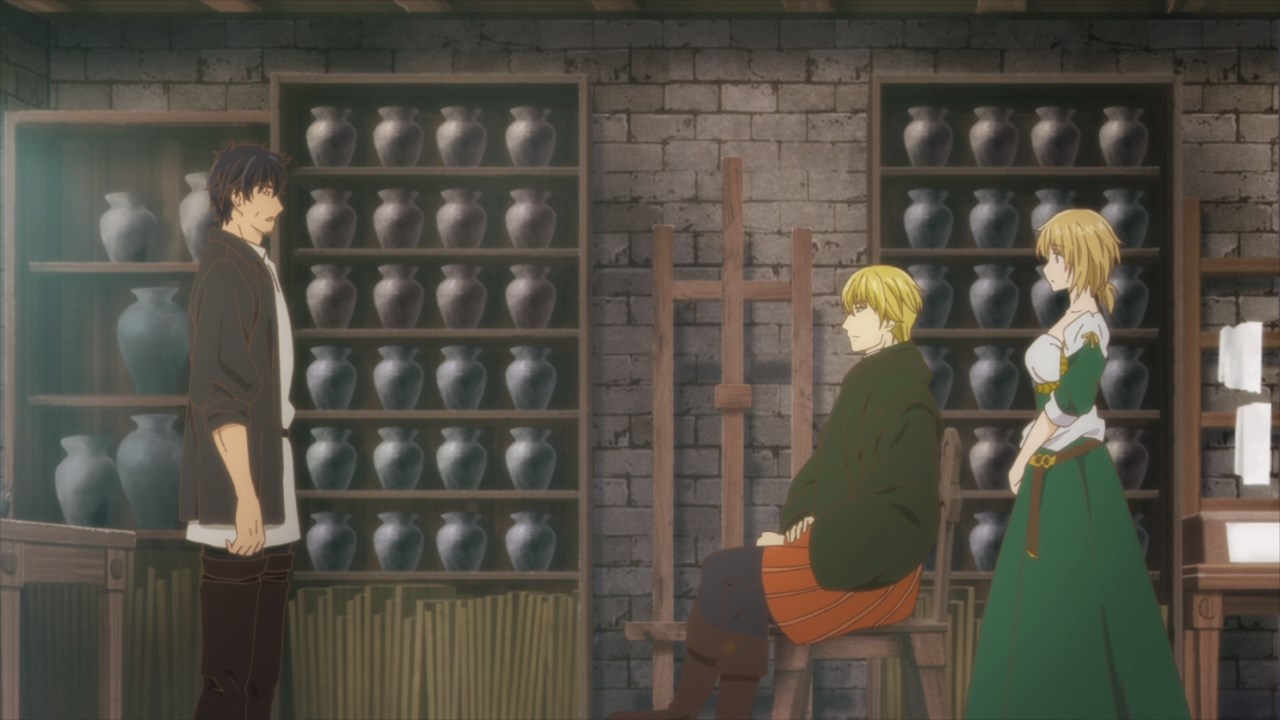 Anyways, Yuri Falier discussed his intention to Leo on taking Arte to Venice. Of course, that depends on Arte’s decision on whether to take Yuri’s offer or not.

On the other hand though, is Leo jealous that his apprentice is being taken away by a noble? We’ll never know for sure. 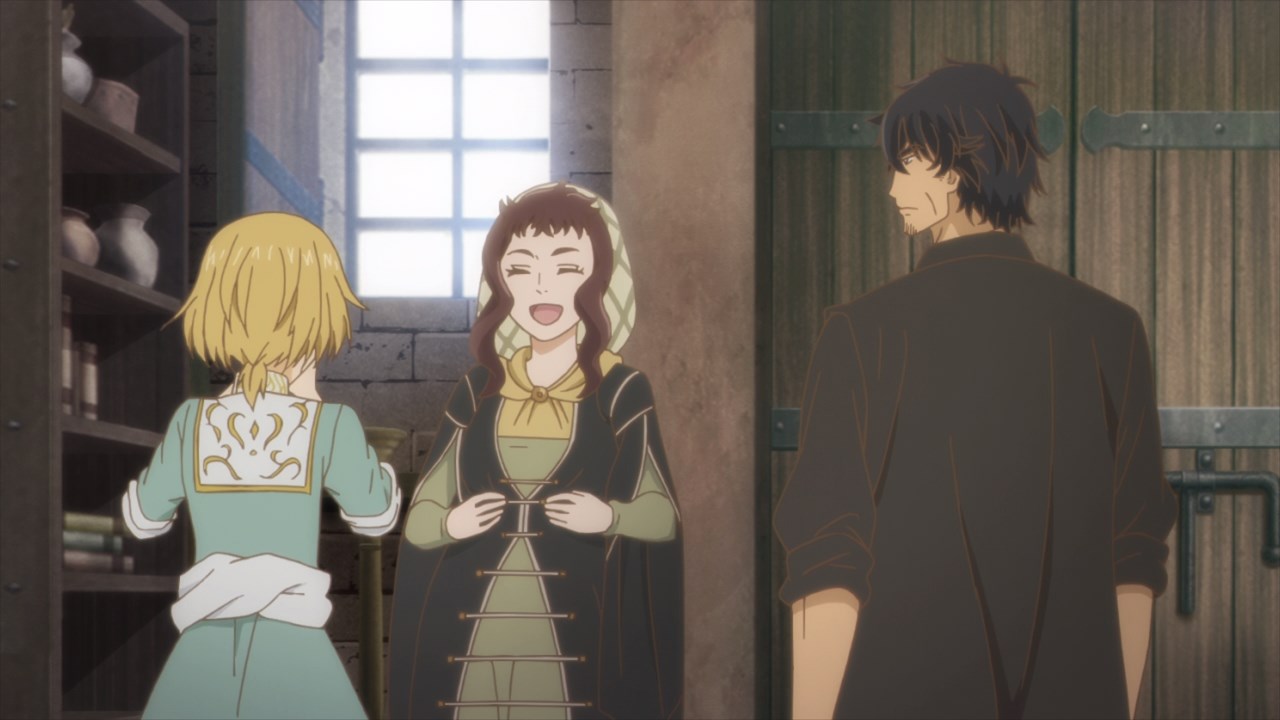 Meanwhile, looks like Arte met one of Leo’s longtime friends. This pregnant lady here is Ruthanna where she’s the daughter of Leo’s master, and was surprised that Leo got a female apprentice.

Of course, the reason why Ruthanna is in Florence at the moment is because she has some important things to do, especially when she’s about to give birth to her first child. 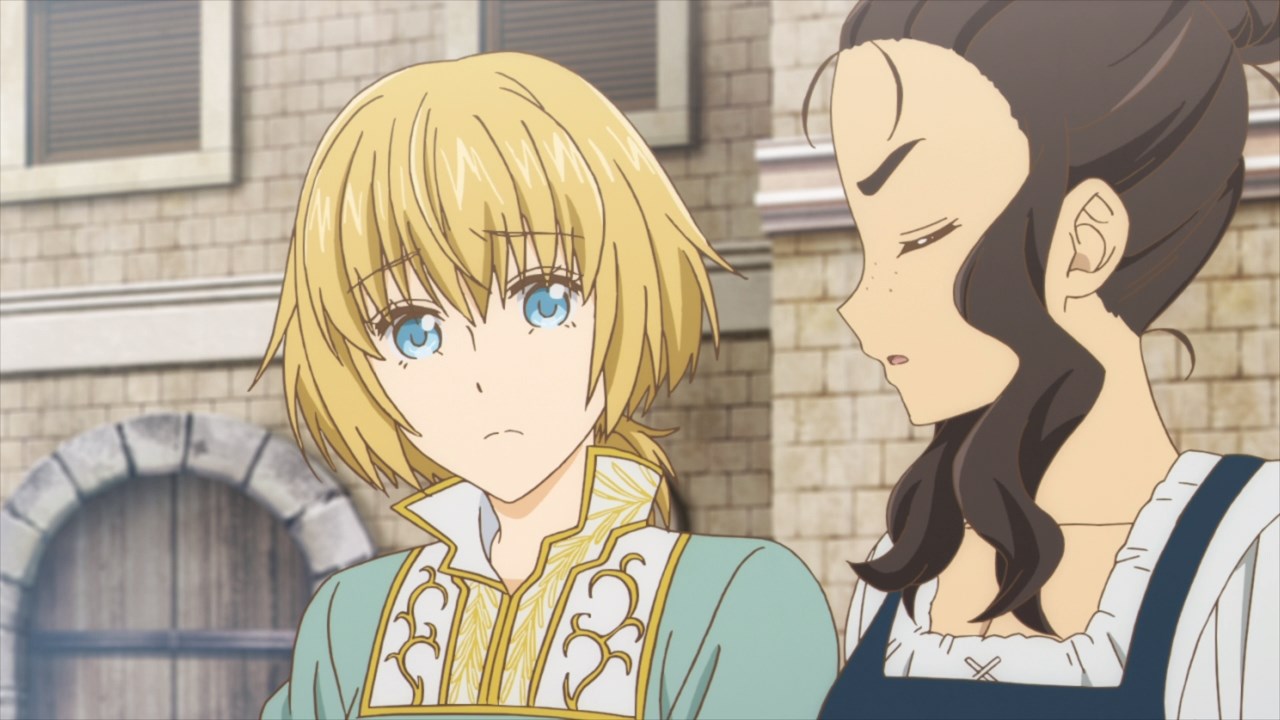 And this is where things got more interesting when Darcia told Arte that Ruthanna’s husband died when an epidemic made him sick.

Oh yeah, and there’s more reason why Ruthanna went back to Florence as she wants to take the large dowry back from her husband’s family in order to support her first child. 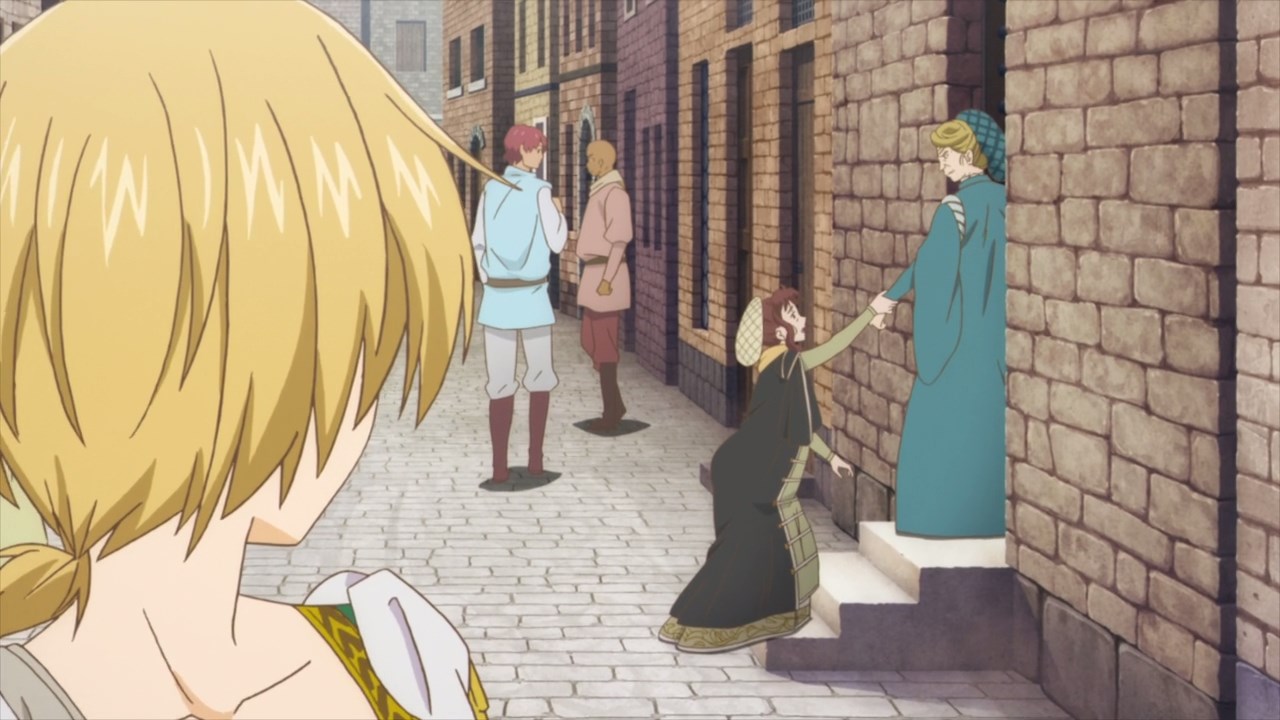 Unfortunately, the husband’s family won’t return the money that easily. Rather, I feel that they’re stingy of returning the money to Ruthanna, which made Arte worried about Leo’s friend upon seeing Ruthanna’s plight. 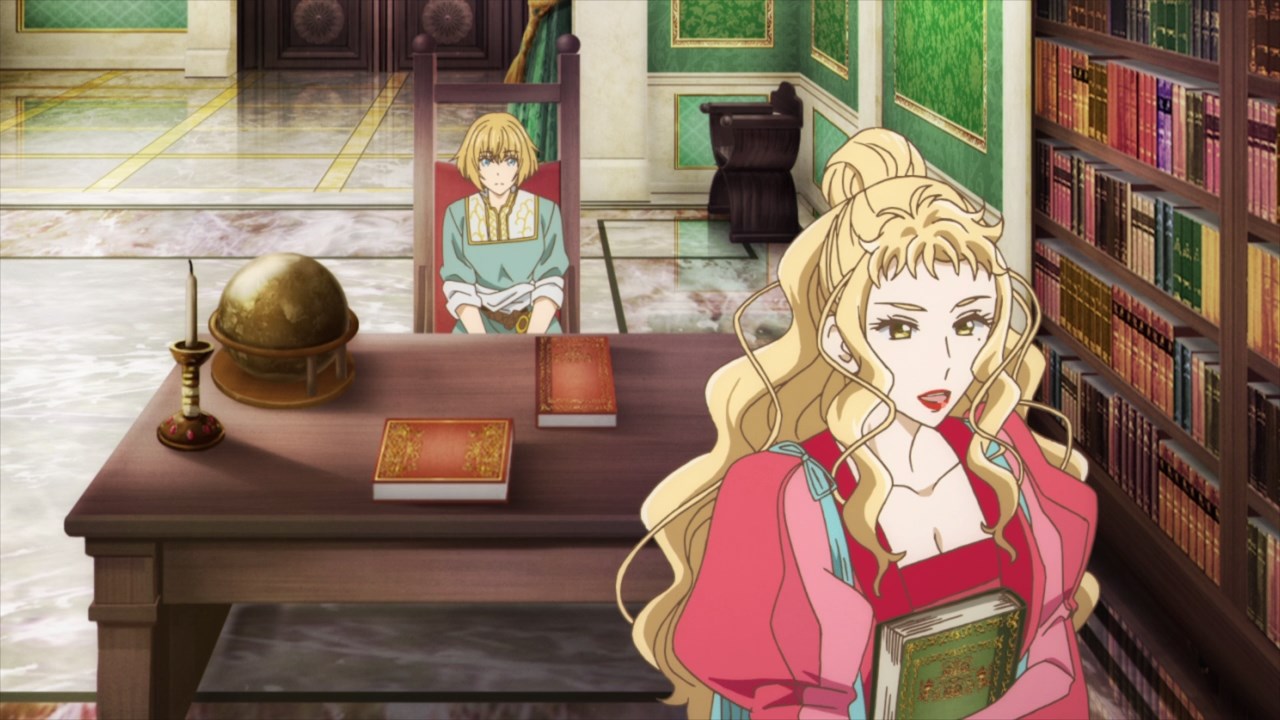 And while Arte wants to help Ruthanna and her unborn child, it’ll be very difficult for a former noblewoman like her to negotiate a deal to return the dowry to Leo’s friend. 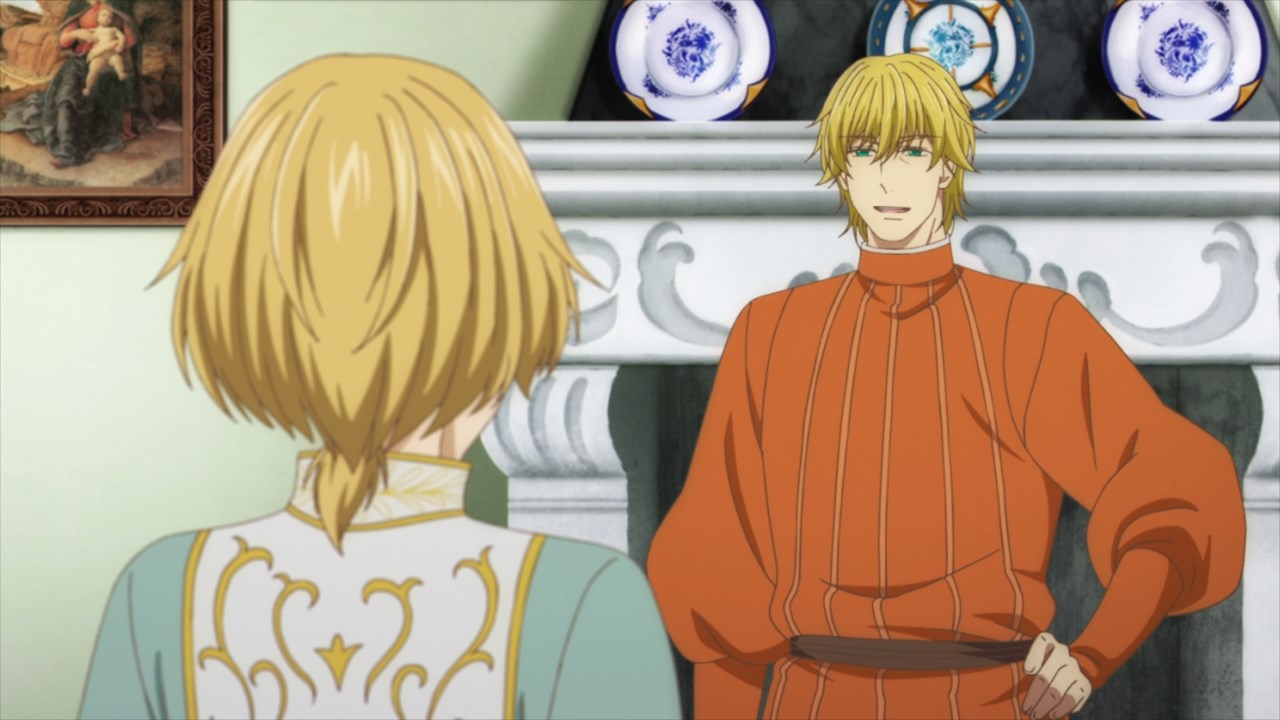 Why it’s none other than Yuri Falier where he expects Arte to become a personal tutor and a painter for his family in Venice. However, Arte is not gonna just take the offer. 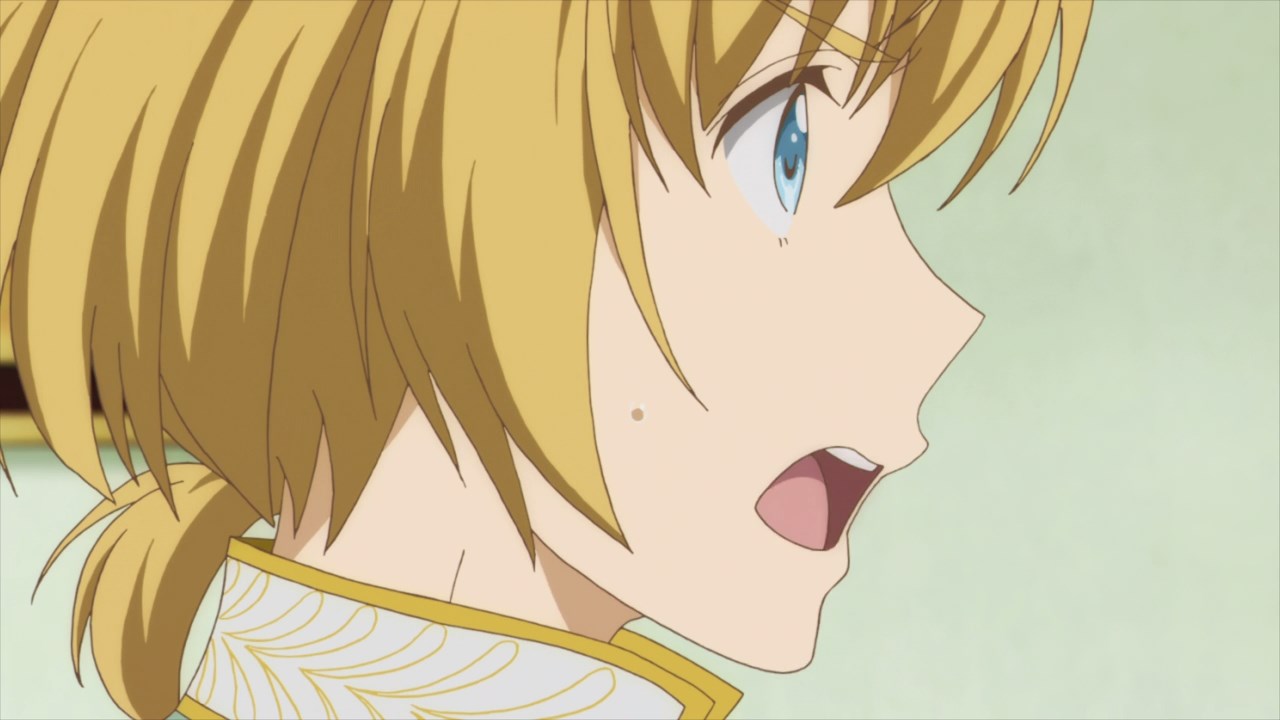 For you see, Arte will agree to stay in Venice for only 6 months. Also, she wants Yuri to help Ruthanna on returning the dowry to her. Sounds like a reasonable deal, right? 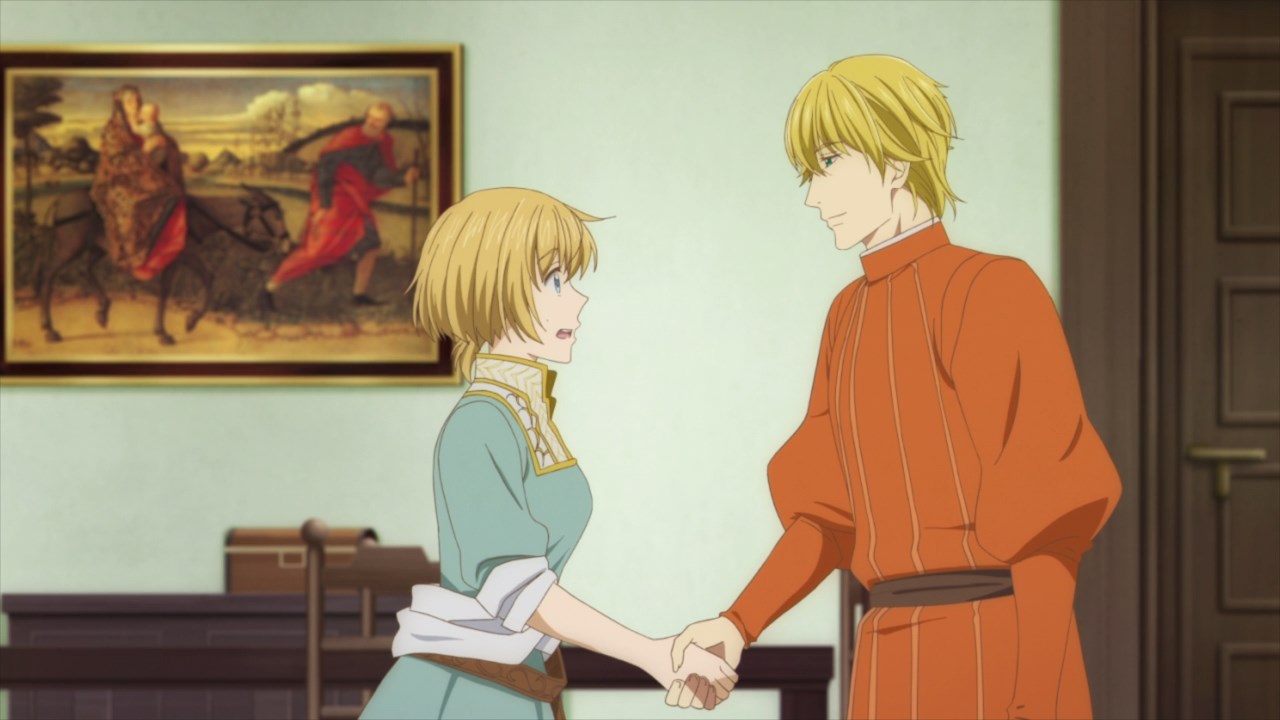 In any case, looks like they have a deal where Arte will become the painter/tutor for the Falier family, while Yuri will take care of helping Ruthanna on getting her money back.

Still, I fear that Yuri wants Arte to stay much longer but you know what, I want this nobleman to keep Arte’s promise of getting the dowry back to Ruthanna. 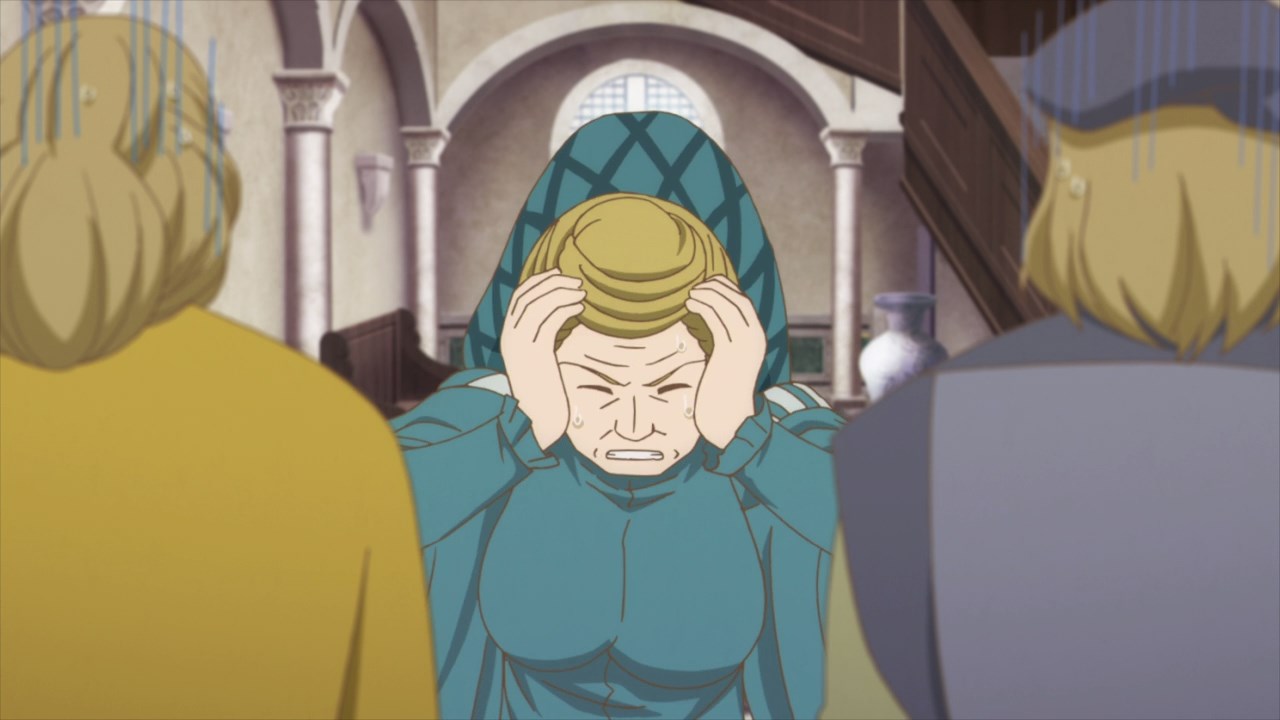 Meanwhile, the husband’s family is having a financial crisis of their own as their investors won’t help them. Hm, it’s no wonder why they can’t return the dowry to Ruthanna. 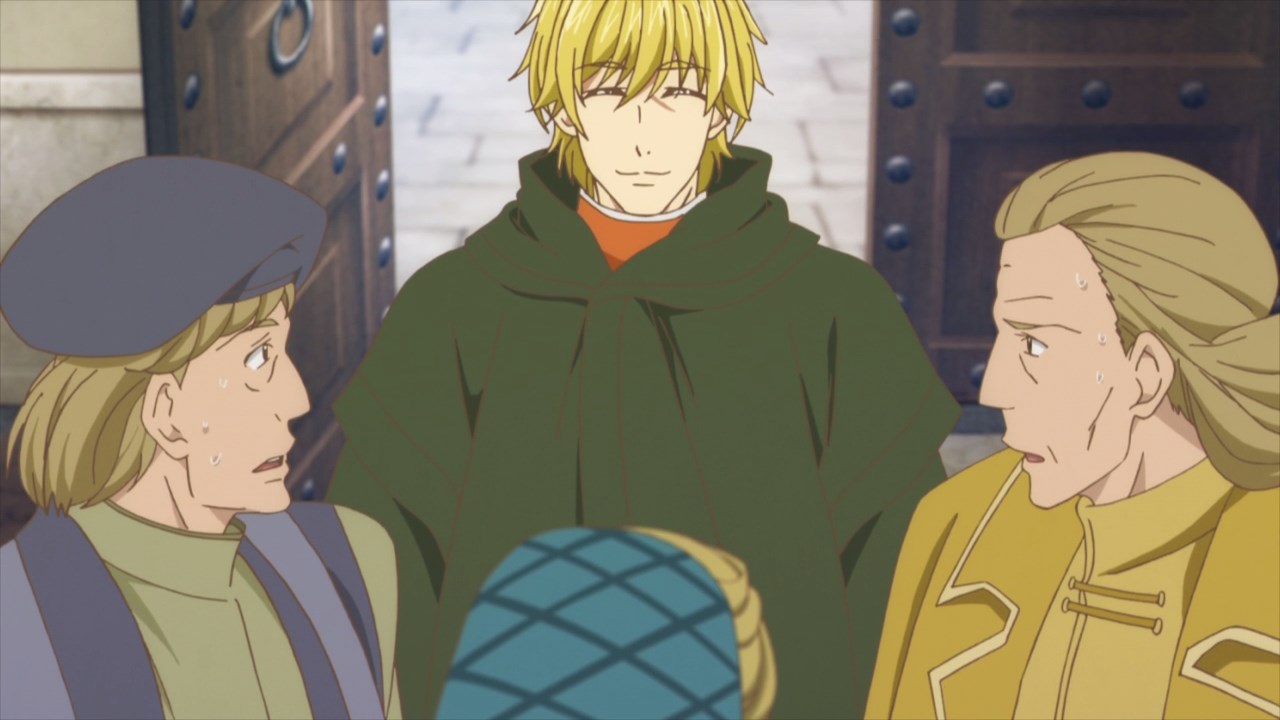 But lo and behold as Yuri Falier has arrived to sort things out. Let’s hope that Ruthanna will get her money back now that Yuri will do the negotiation. 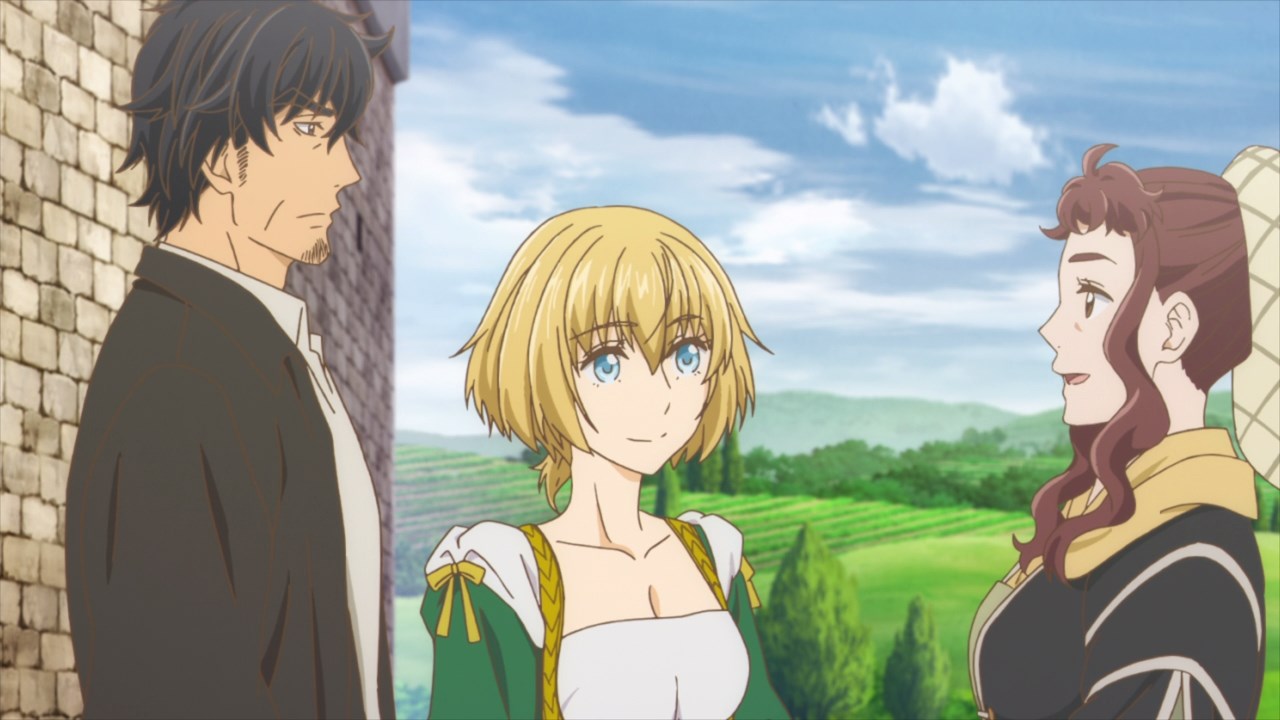 Anyways, all’s well that ends well as Ruthanna got her dowry thanks to Yuri Falier’s negotiation. Now, she can finally return to Siena and take care of her first child.

But as for Arte, she’s going to Venice as a portrait painter/tutor. Let’s hope that she’s doing great there on the next episode!