Well everyone, it’s been a long time since I’ve covered Eromanga-sensei and I have to say Sagiri Izumi is very cute on her gala dress.

Oh yeah, here’s Masamune Izumi who’s dressed sharply for a special occasion. You’ll find out later and while Sagiri is already dressed-up for some party, she’s not joining her brother. 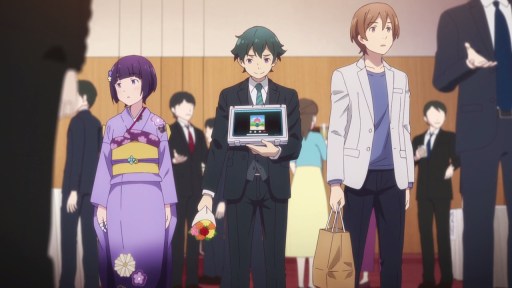 Instead, Sagiri stayed home as she’s relegated to just a laptop, which is a shame ’cause Sagiri looked so beautiful in that dress.

In any case, Masamune went to the party together with Muramasa Senju and Kunimitsu Shidou. Of course, who’s hosting the party?

Why it’s none other than Elf Yamada as she arrived at the ball. Actually, the party is organized by her publishing company so everything is grandiose.

Anyways, Elf Yamada is happy that Masamune Izumi and his friends are here, although she wants to see Masamune more than either Muramasa Senju or Kunimitsu Shidou. 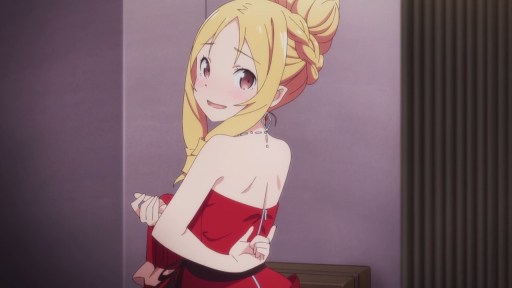 And speaking of Masamune-kun, he was asked by Elf Yamada to unzip her dress because she can’t take it off by herself.

For Masamune-kun, he’s scared that his sister might hound him for being a pervert but you know what, Masamune got into a similar situation before with Elf Yamada. 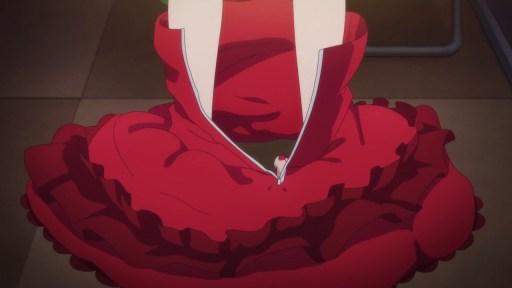 Anyways, Masamune Izumi took off her dress which leaves Elf Yamada in her underwear. Any more of that would ruin his career if Masamune strips her further. 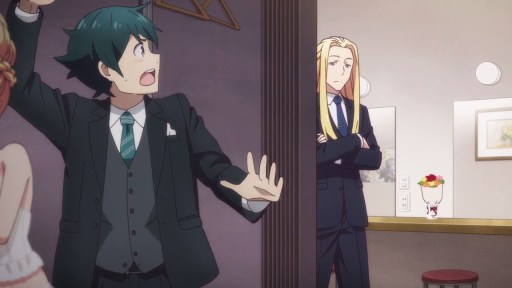 Oh yeah, and here’s Chris Yamada where he’s gonna call the police for assaulting his sister. Um Chris, you got it all wrong!

Now then, looks like we have a new character introduced as the mother of both Elf (or should I say Emily) and Chris has arrived.

And yes, Elf’s mom has elven ears which begs the question if she came from another world. Just kidding!

Anyways, Mrs. Yamada is here to check on her daughter as she suspects Emily of dating Masamune-kun, which she doesn’t allow it. 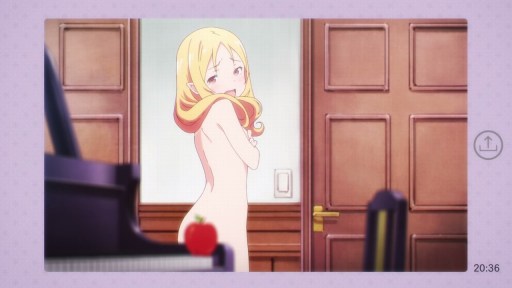 Oh, and Emily’s mother has evidence of it from her cellphone, like this one where Emily claims that Masamune-kun saw her naked body and now he must take responsibility. Then again, Elf Yamada likes to run around the house in the nude most of the time. 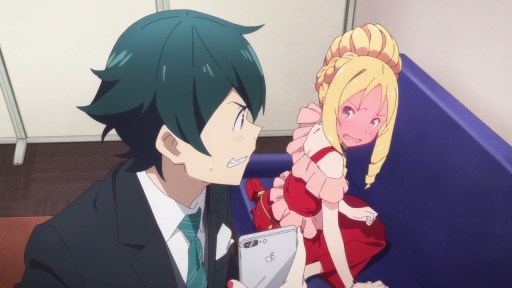 And speaking of Masamune Izumi, he told Emily’s mother that he’s not dating Emily or should I say Elf Yamada.

C’mon, it’s all just lies coming from that elven light novel author but why would Elf Yamada do that? 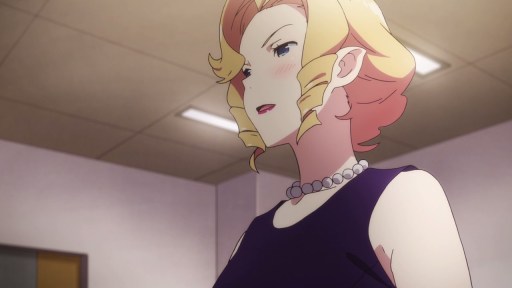 Well, here comes the serious part as Emily or Elf’s mother told her daughter that she must go home and marry someone who has the money. Yeah, the arranged marriage plot has arrived in Eromanga-sensei.

Then again, Elf Yamada is not planning to marry someone else ’cause she loves Masamune Izumi, even though he really love his sister so much. 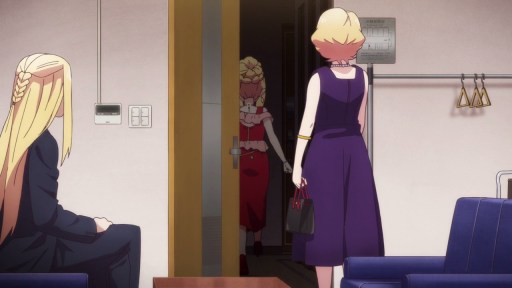 Anyways, looks like Elf Yamada throw a fit towards her mother and left the room. But wait, we can’t end like this!

I mean, Emily is still inside the building as she vents her frustration towards Masamune-kun over her mother’s decision.

And so, Elf wants to tell her mother of what she really feels on this special day. But how will she do it?

For the time being, Chris Yamada is at the stage as he announced that Elf’s light novel series “Honoo no Dark Elf” will have an anime adaptation.

With that said, the editor is now calling Elf Yamada to the stage and this is where her plan kicks in…

…as Elf throws a musical (together with some backup dancers) where she tells her mom about her true feelings. Really, it’s surprising that Elf (or Emily) throws a fantastic show on this special party.

Anyways, the crowd love it as Elf Yamada’s musical show is a riot among guests, including Masamune Izumi… 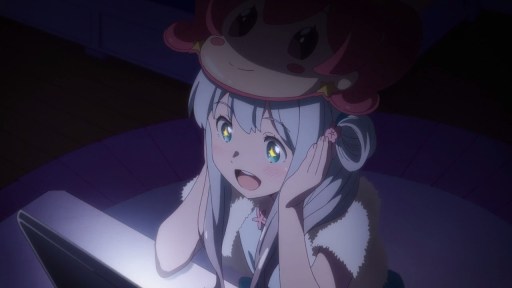 …and also Eromanga-sensei in which the song is catchy that she dance along. Just hoping that Sagiri won’t swing widely that she might break something. 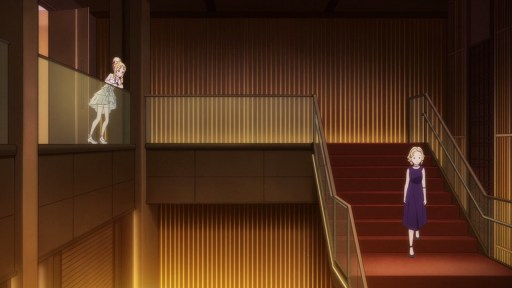 After the party, here’s Elf Yamada where she won’t go home and marry someone, but she still loves her mother very much.

As for Elf’s mother, she has finally gave up on arranging a marriage to some rich guy that we’ll never know in the future. Maybe it’s better for Elf or Emily to find someone she truly loves.

Well then, it’s time for Elf Yamada and Masamune Izumi to walk at the park together. I mean, it’s a special day for both of them ’cause it’s Christmas Day!

But that’s about it for Episode 1 of the OVA series as Elf and Masamune are dating. Well actually, his heart still goes to Sagiri-chan but let Emily have Masamune for once. I’ll see you next time for the 2nd episode!

This entry was posted in Eromanga-sensei OVA, OVAs, Movies, and Specials and tagged #エロマンガ先生, anime, Eromanga-sensei, ova. Bookmark the permalink.
%d bloggers like this: