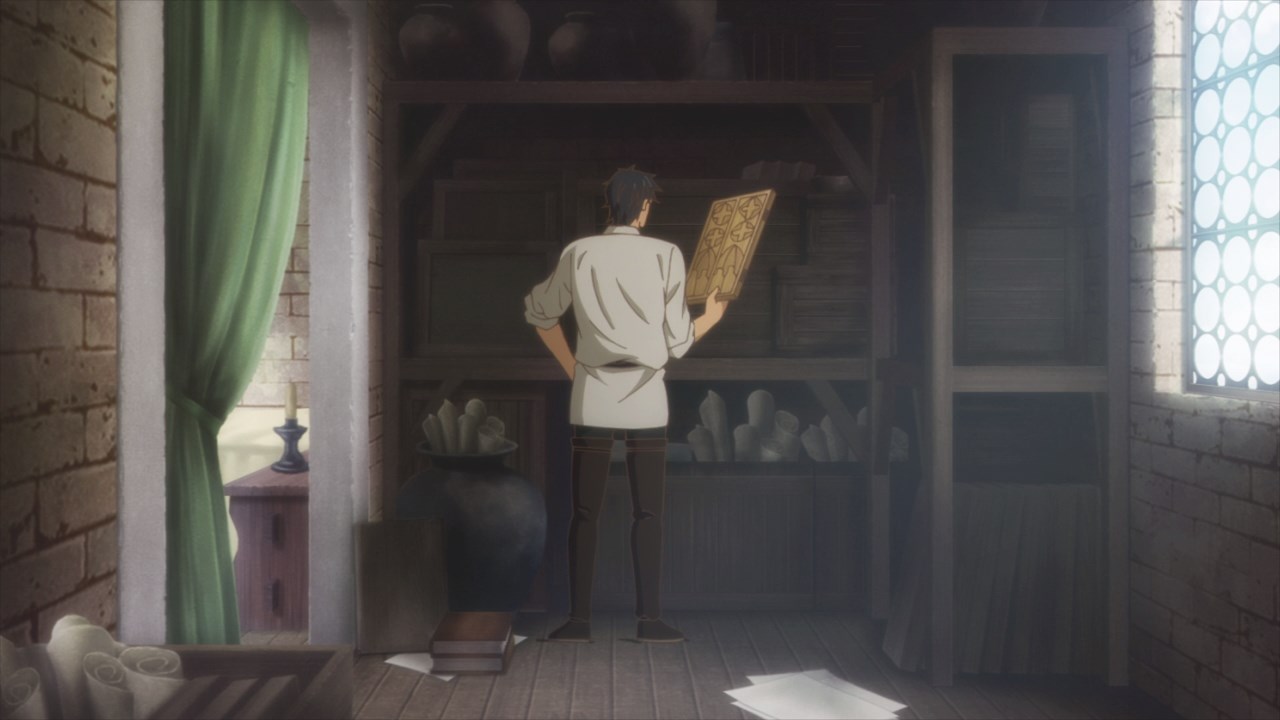 Well everyone, this is the day Arte will leave Leo’s workshop and head to Venice because she made a promise to Yuri Falier to become a painter/tutor in exchange for resolving the financial issue on Ruthanna. 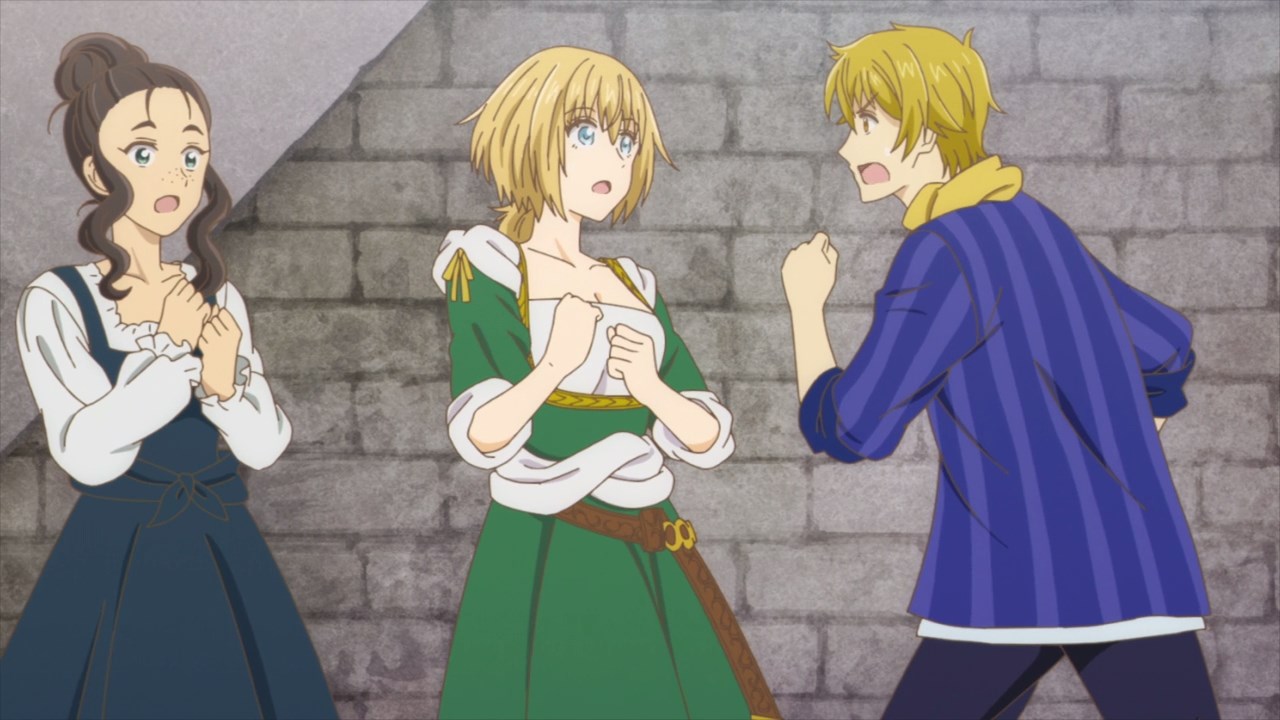 Of course, Angelo Parker couldn’t believe that Arte will leave Florence. C’mon Angelo, are you late in the news huh?

Also, seems that Angelo forgot on introducing himself to Darcia the seamstress because he’s preoccupied with the sudden news. 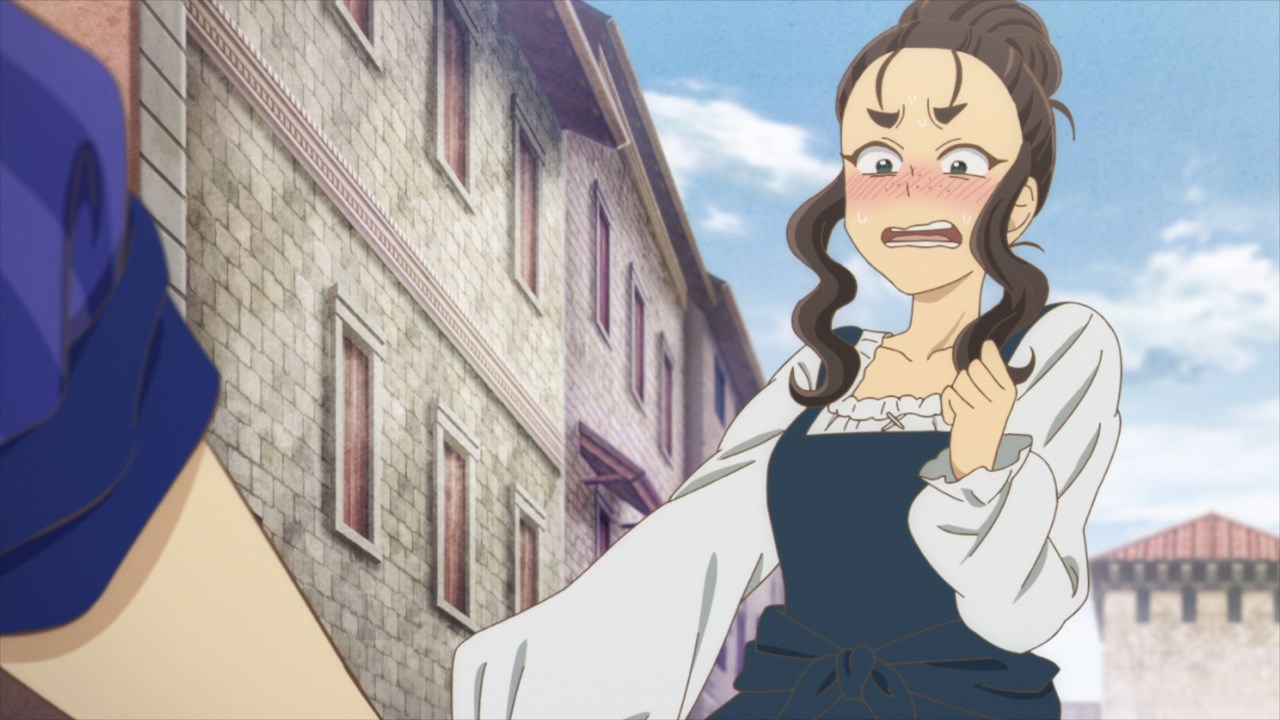 Anyways, Angelo Parker made a formal introduction of himself by kissing Darcia on the hand. Then again, this seamstress is blushing like crazy… 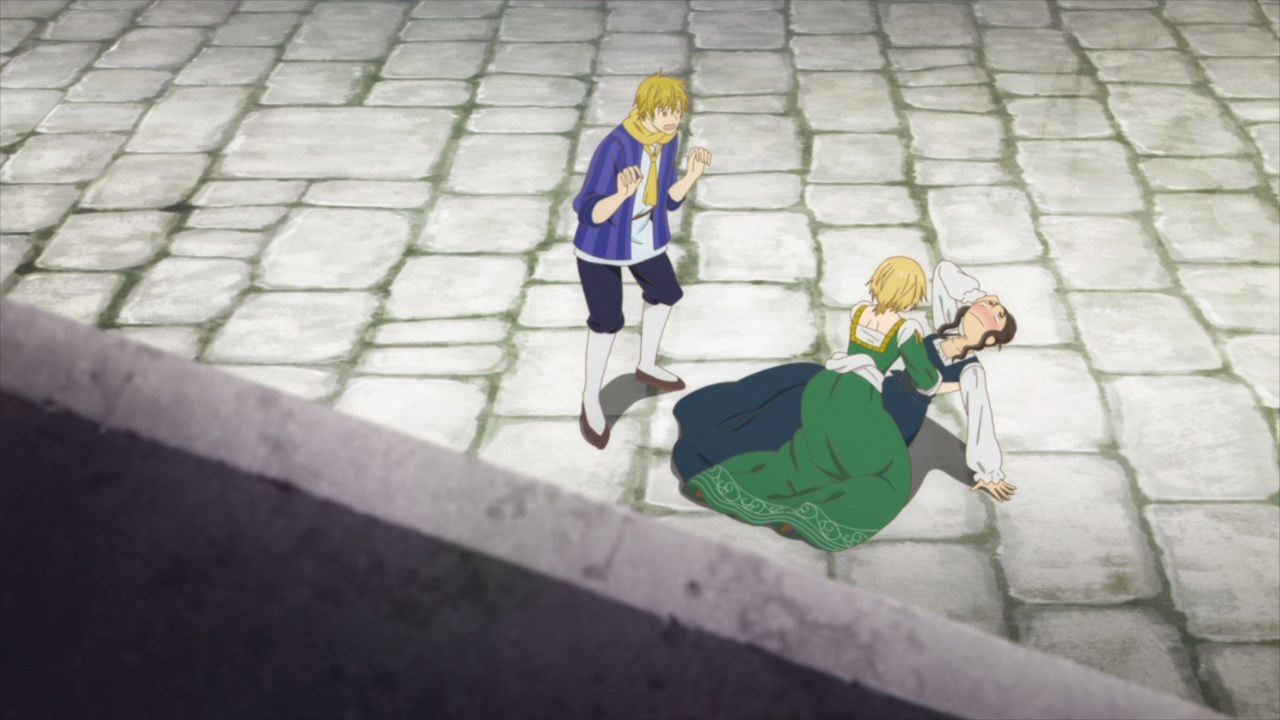 …to the point that Darcia fainted. I guess she can’t handle charming lads like Angelo. Still, they’re gonna miss Arte as she’ll be in Venice for 6 months. 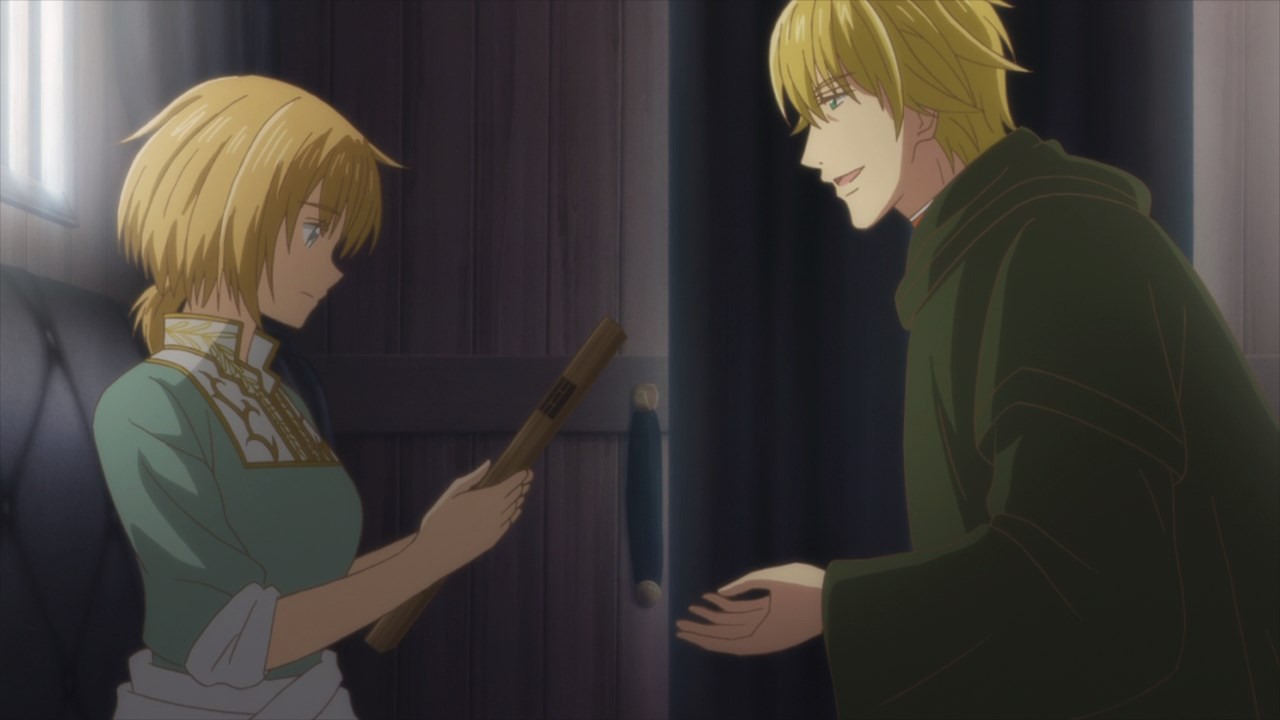 Now then, Arte is about to leave Florence but before she go, Lord Yuri wants to give something to her as it belongs to Leo. 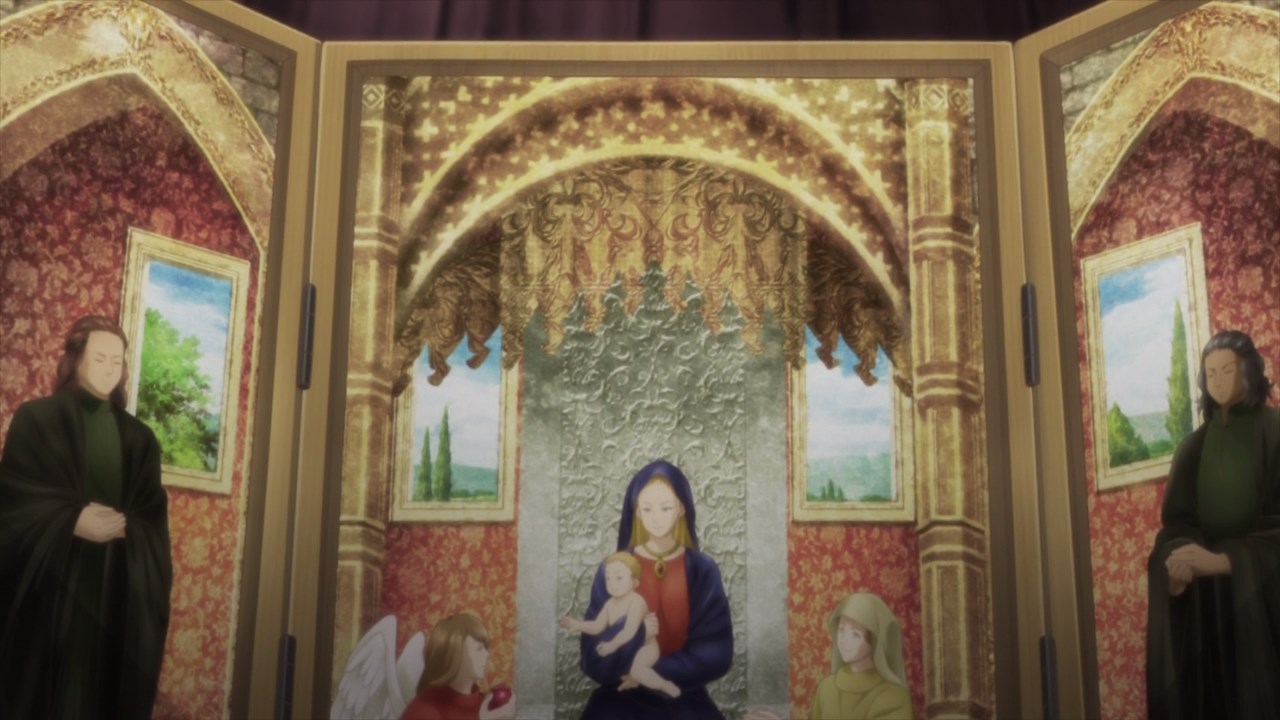 It’s a portable altarpiece where Leo created it before. It’s also a memento for Arte as Leo will always welcome her back once she’s done her tutoring duties in Venice. 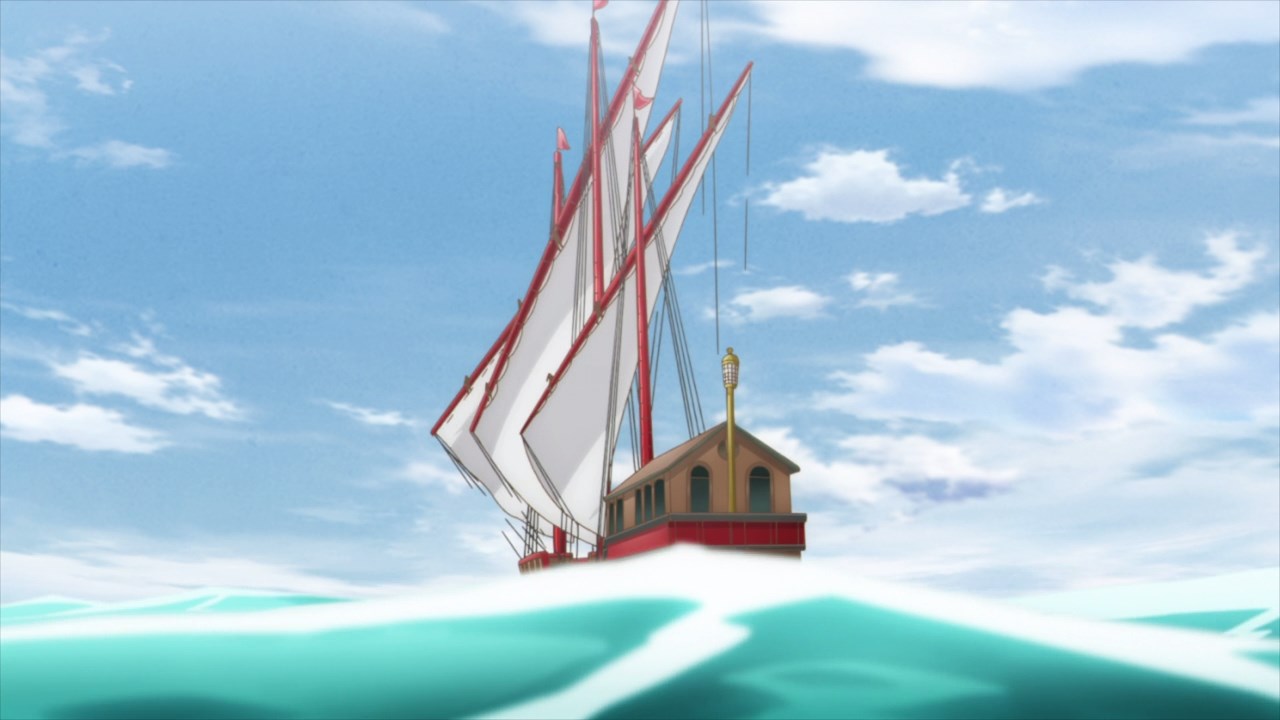 Now then, it’s time to disembark to Venice as Arte went aboard a ship and it’s gonna be a rough ride that she might get seasick. 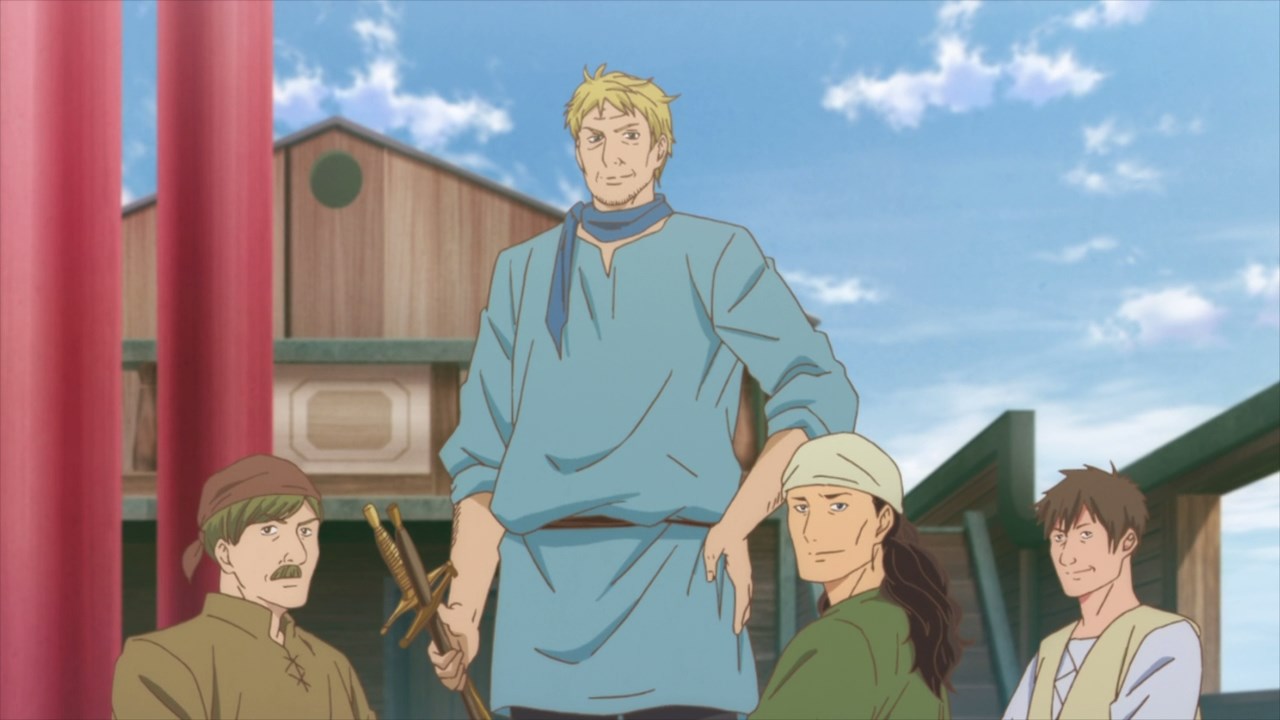 Well, except for these sailors who challenged Yuri Falier to a sword fight. And they don’t care about the boat rocking all the time because they got used to it. 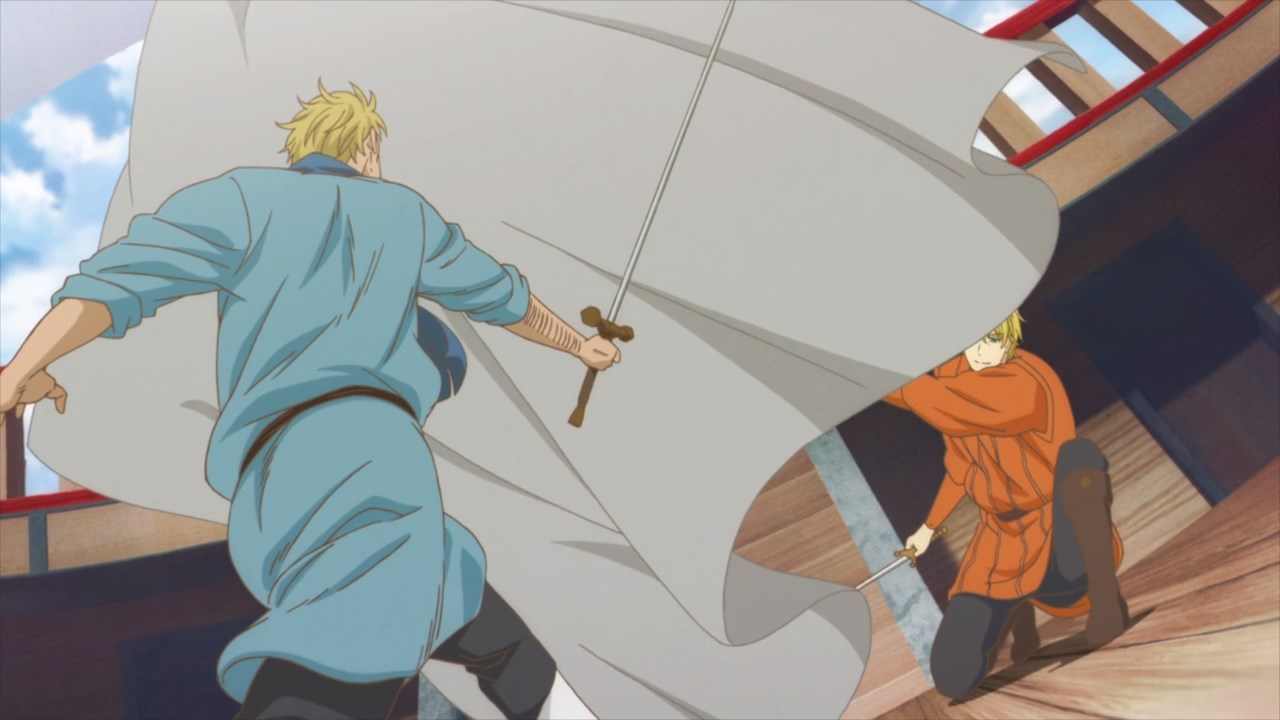 Of course, Lord Yuri has the upper-hand (or should I say cheating) as he used a sheet to block his opponent’s vision.

Sure that it’s unfair but when they’re gonna deal against pirates, there’s no need for a fair duel. 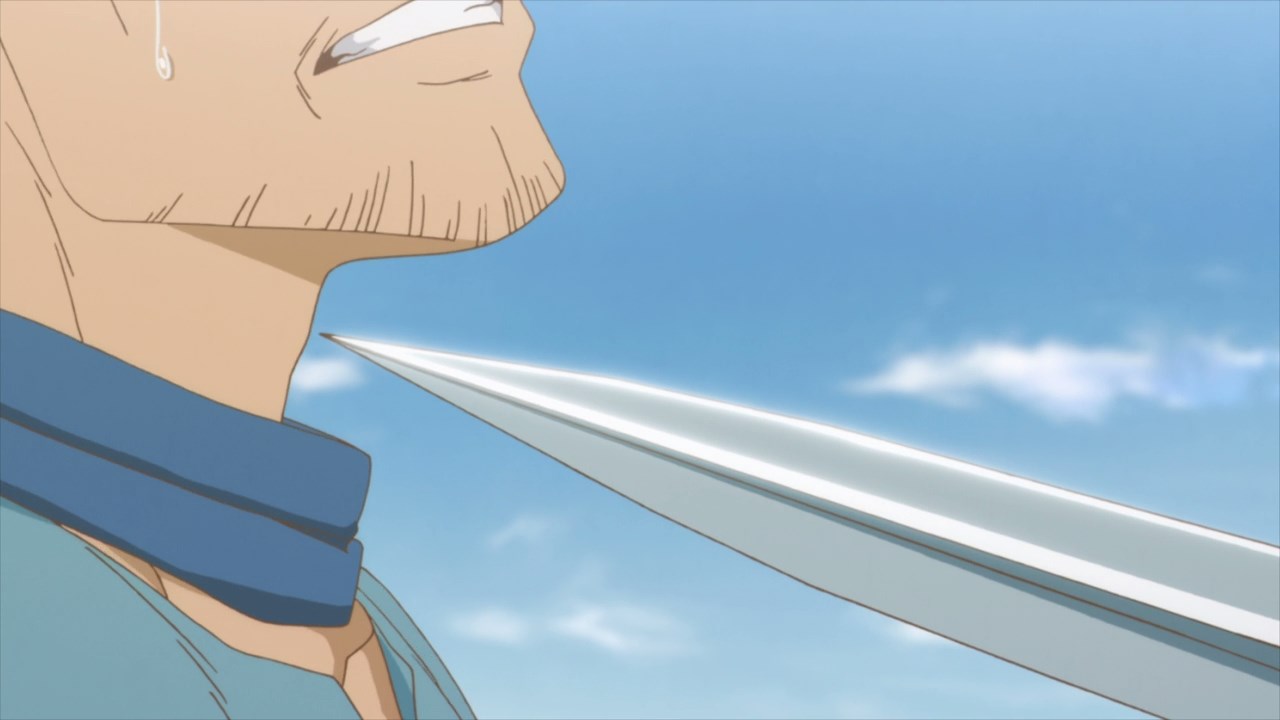 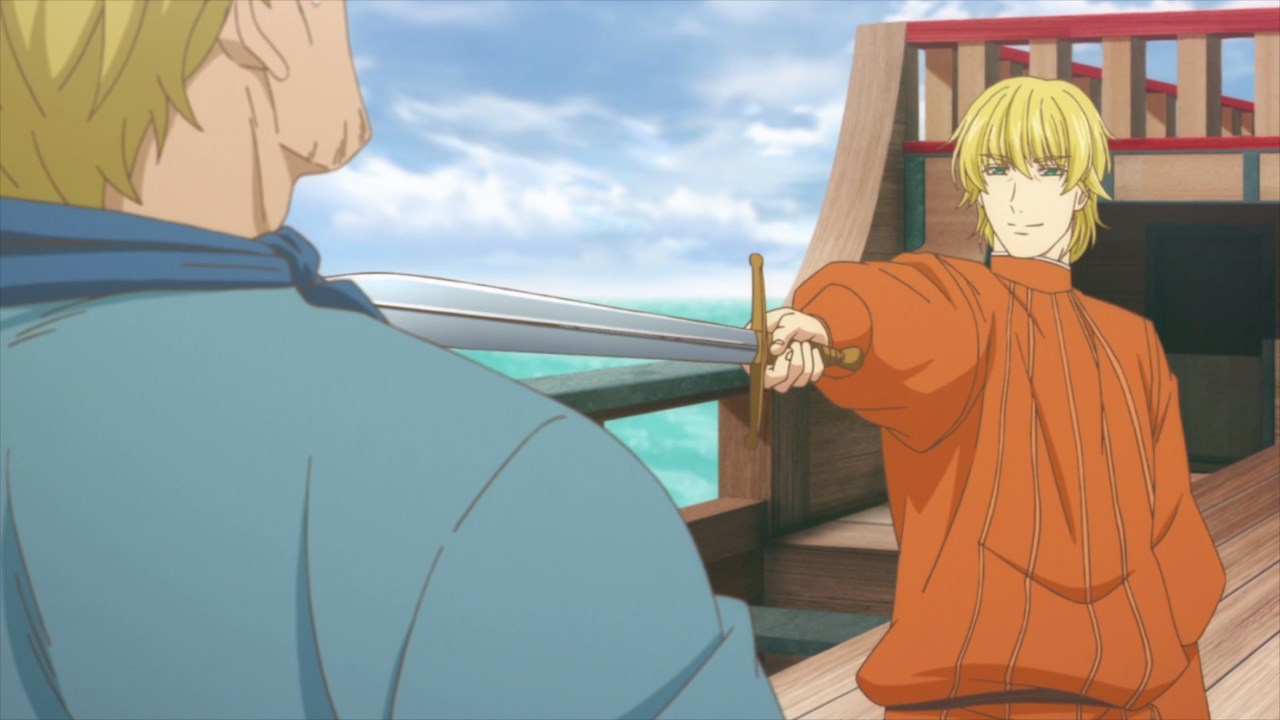 In any case, the duel is finally over as Yuri Falier has won the battle. While some people say that he’s gotten rusty, let me remind you that Yuri’s sword skills hasn’t dented yet. 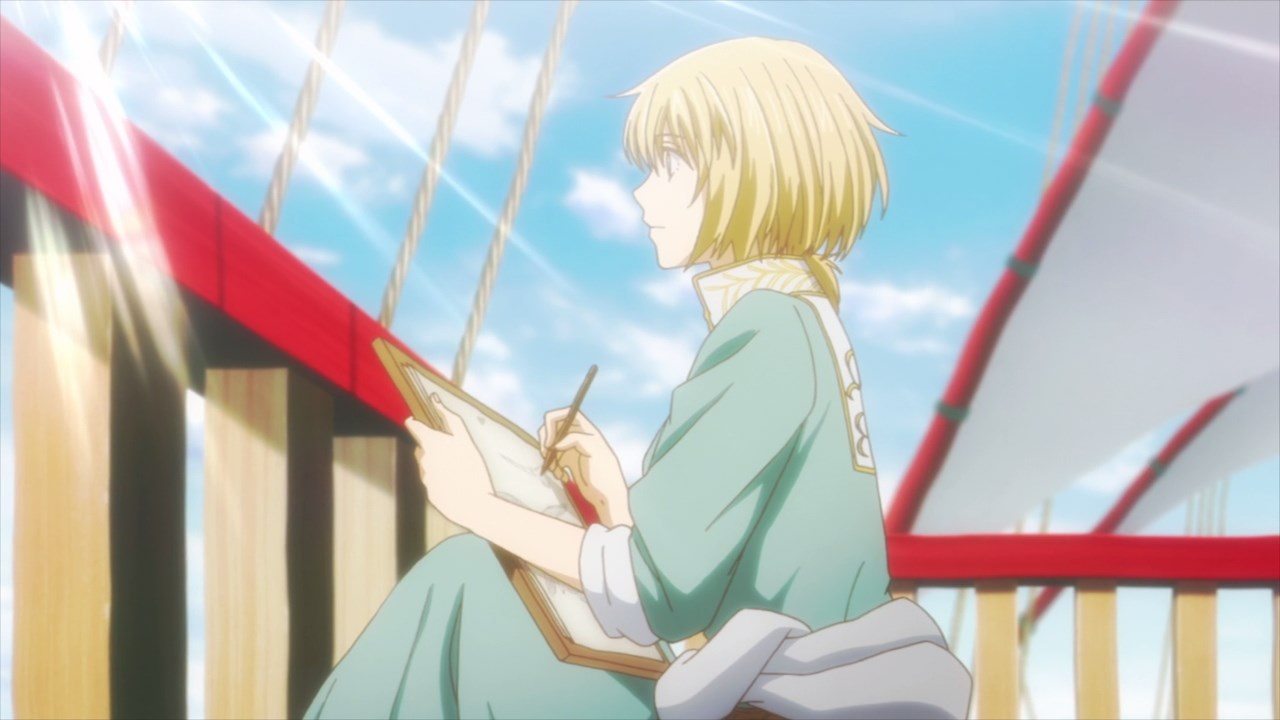 Meanwhile, here’s Arte where she’s doing sketches at the deck. Unfortunately, it’s hot outside and Arte might get a heat stroke. 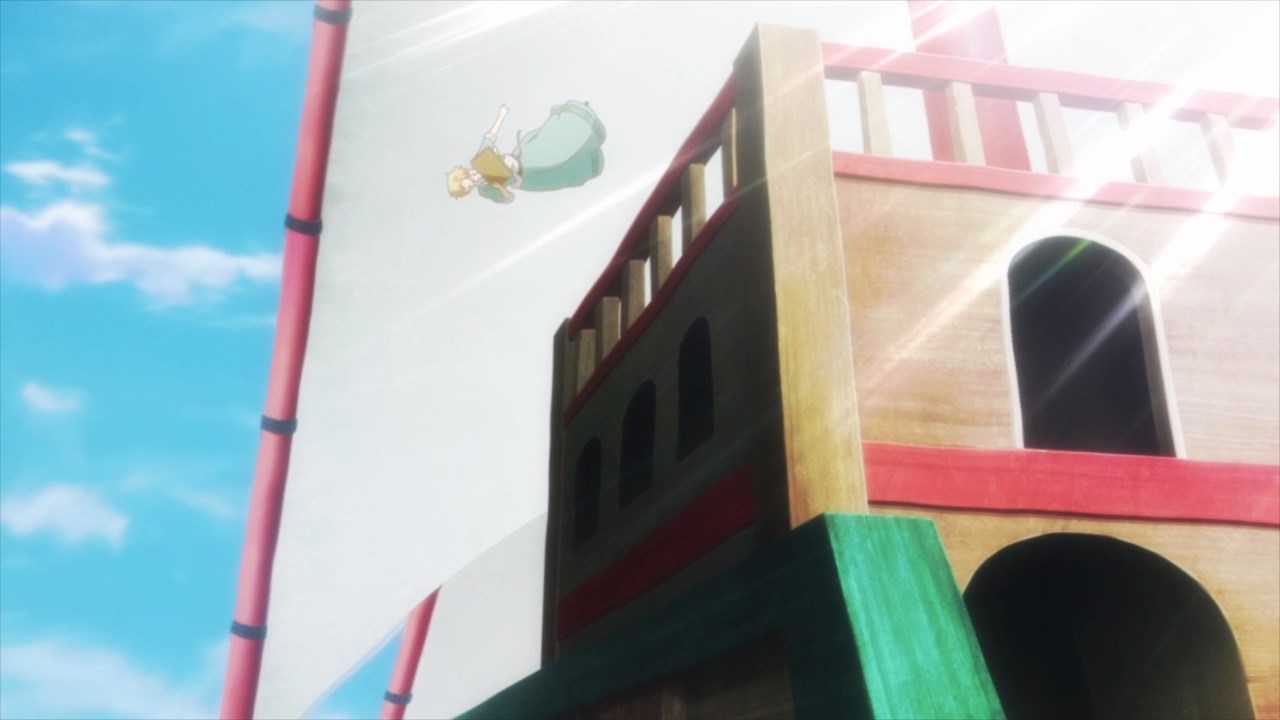 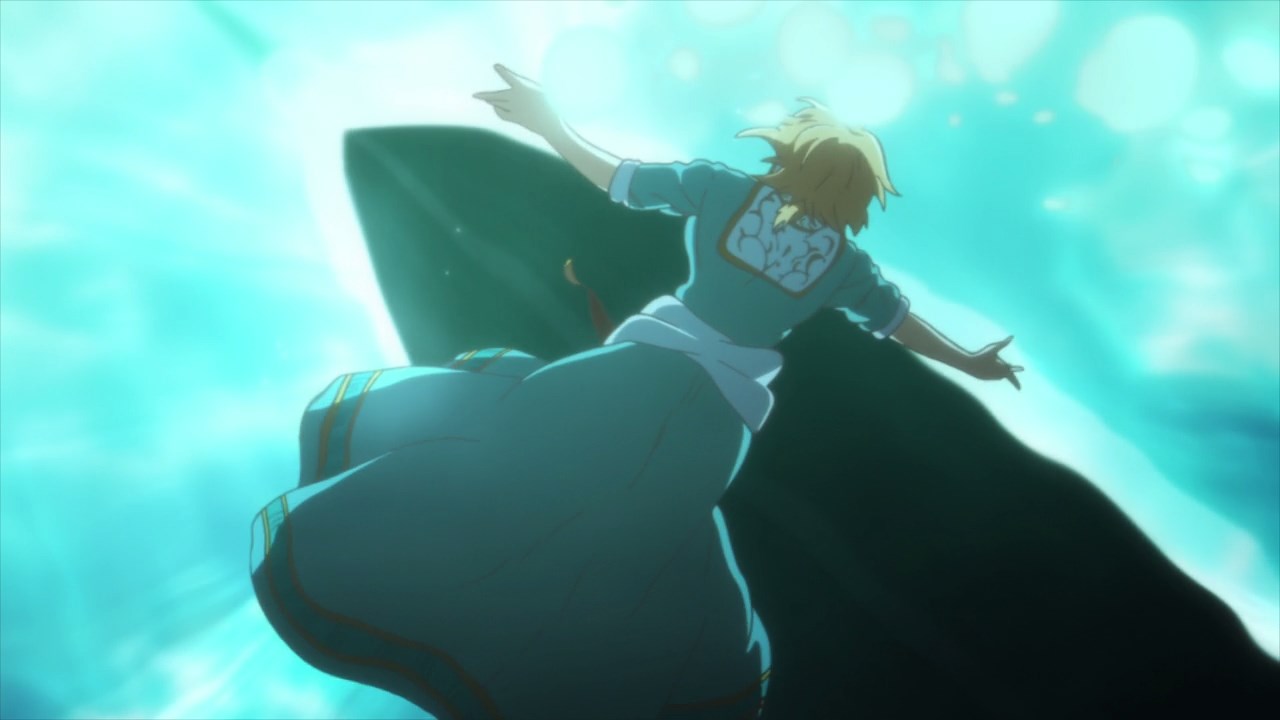 Eventually, Arte collapsed and fell down to the ocean. I have to say that it’s the most shocking thing that I’ve ever saw on this series as I thought that she might be a goner. 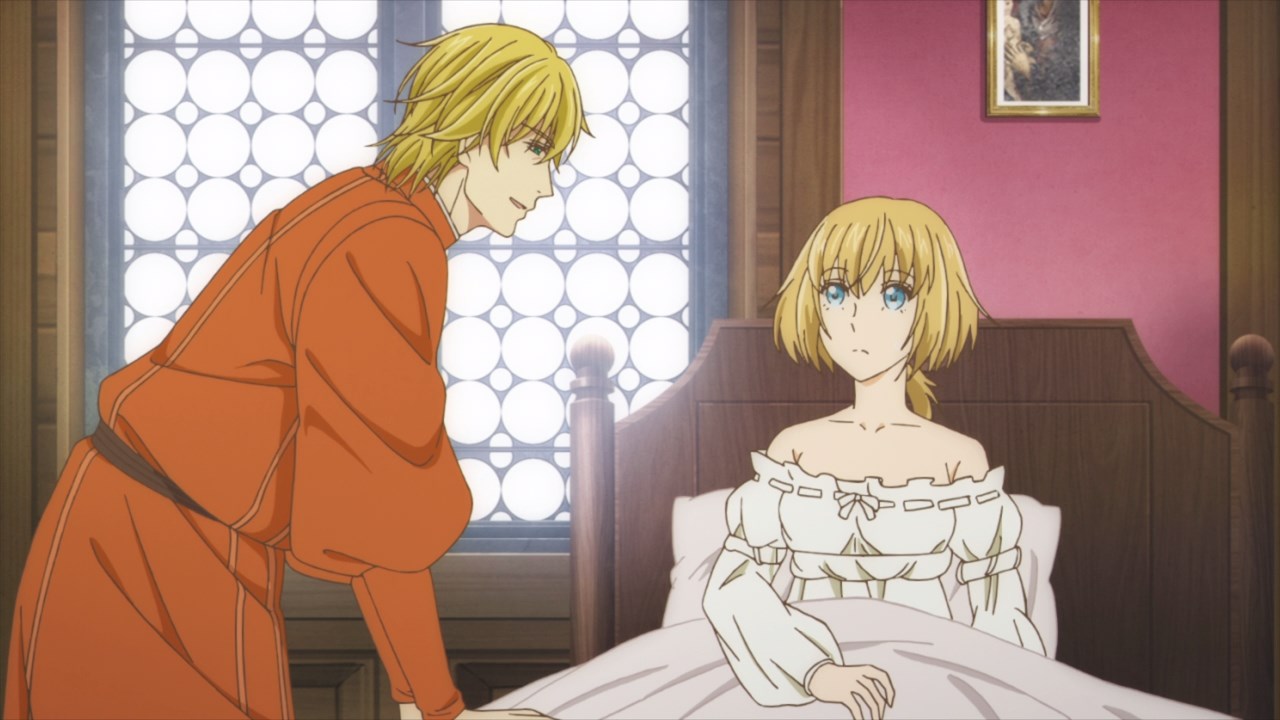 However, it turns out that Arte was rescued thanks to Yuri Falier and his crew. C’mon, they can’t let a woman being drowned to death.

Also, they changed her clothes as her dress was soaked. I hope they don’t do something dangerous towards Arte while she’s unconscious! 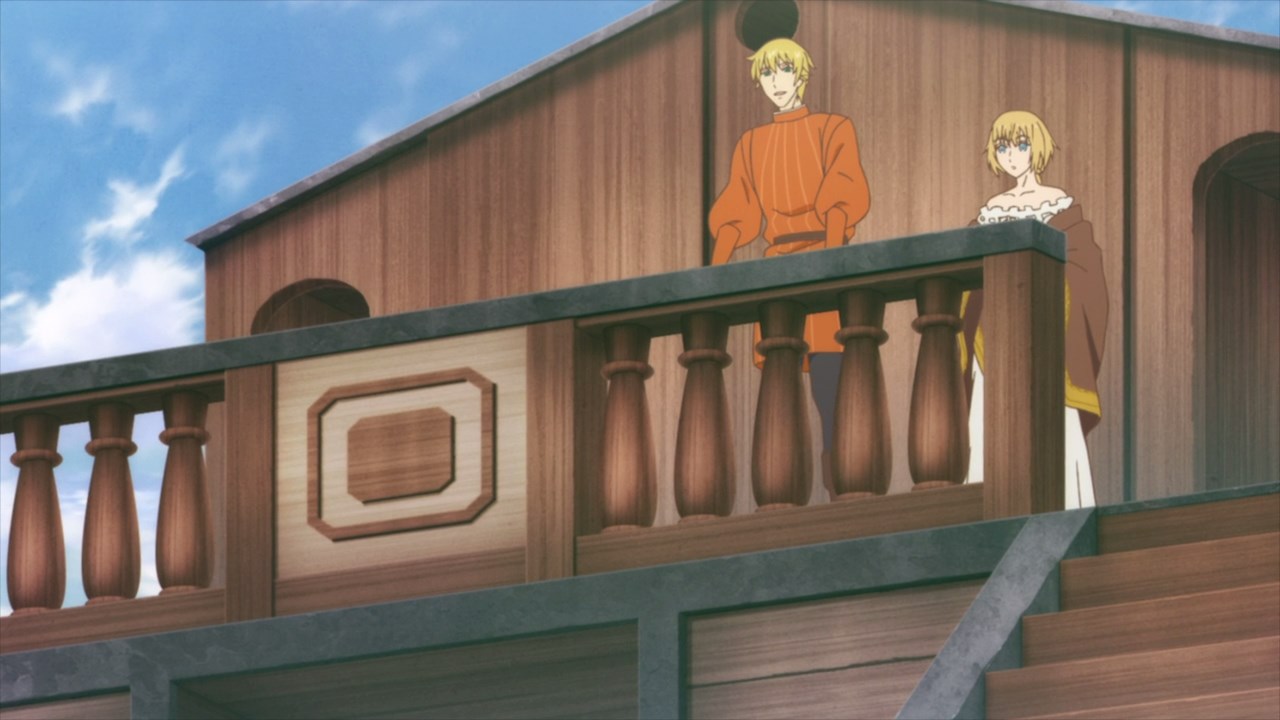 Anyways, looks like they finally arrived at their destination as Arte went outside the see the city of Venice. 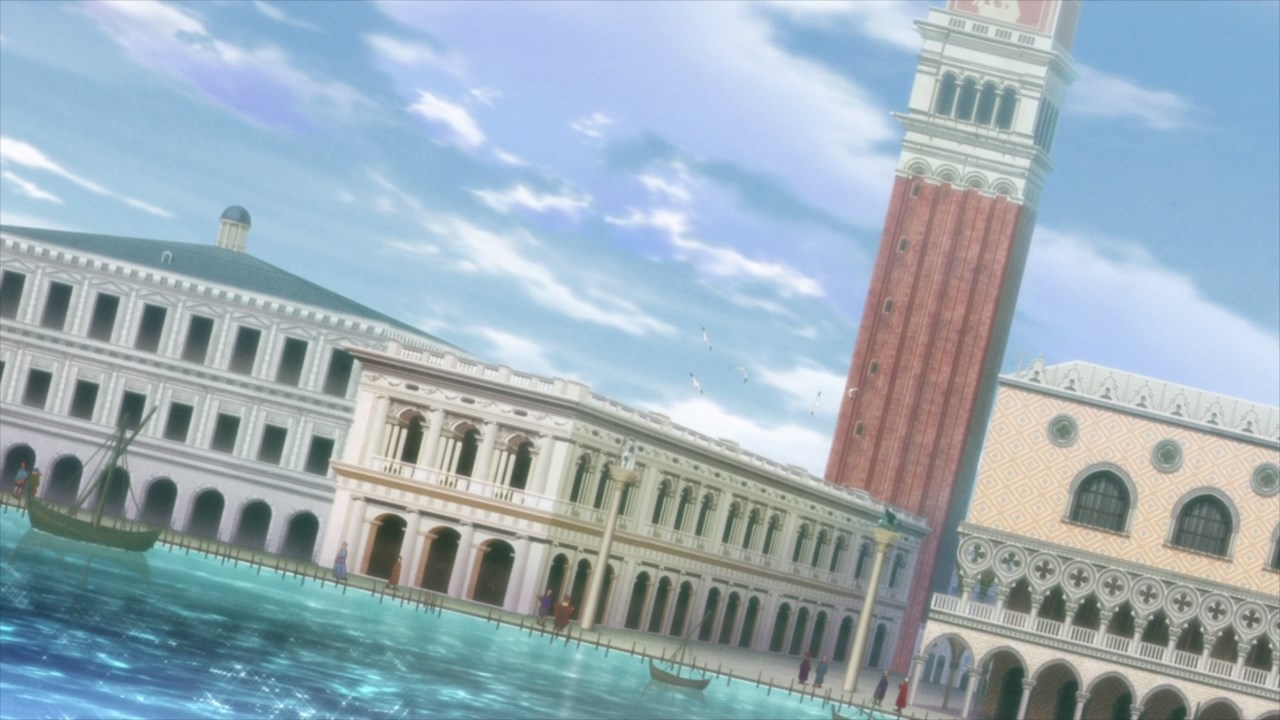 This majestic city is the richest in Italy where various people around the world have gathered in Venice for trade such as spices, porcelain, and artwork. 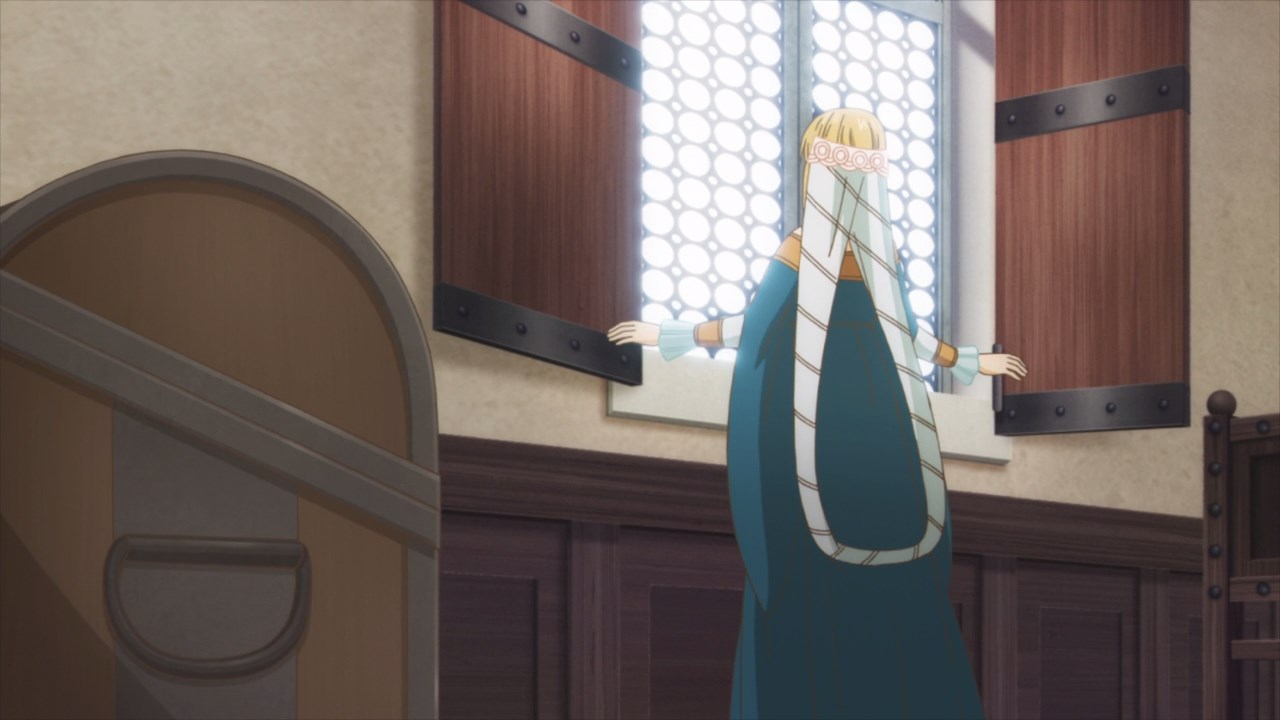 Of course, she can’t act like a tourist in Venice as Arte has some work to do. So for the time being, Arte will have to unpack her things and prepare herself for her duties as a painter/tutor. 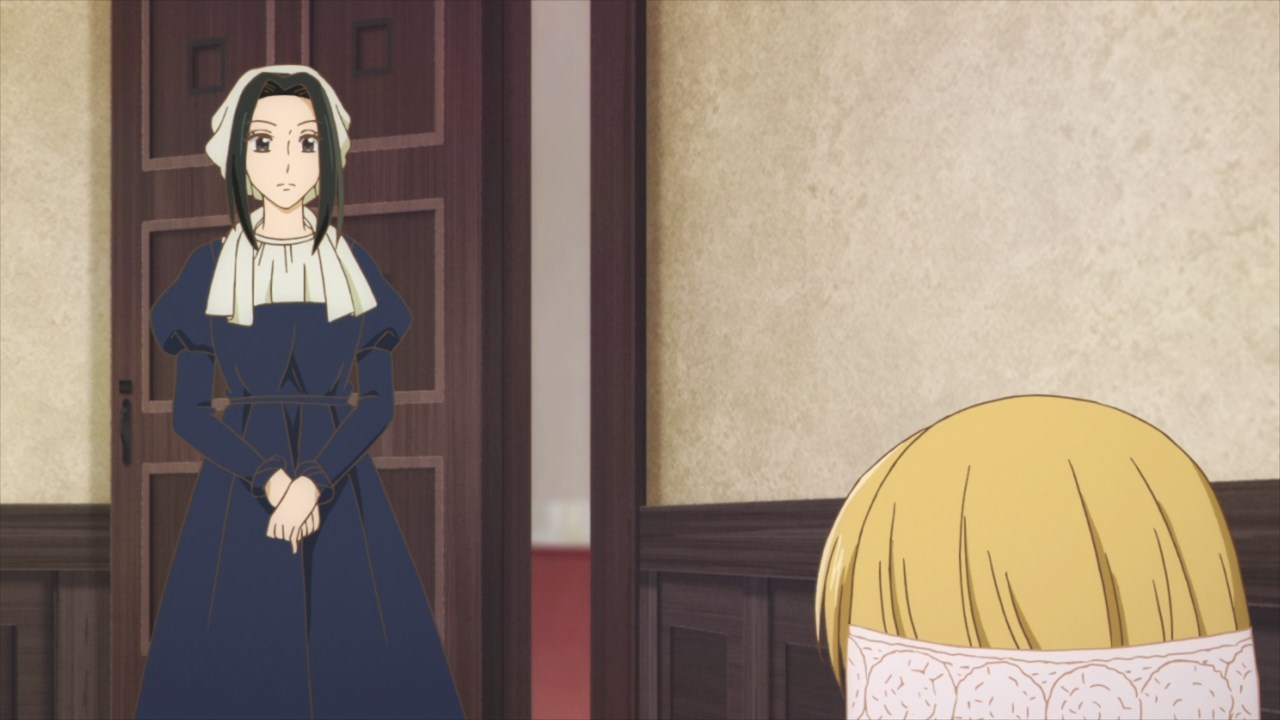 Oh yeah, this is Daphne who is the maid of the Faliero household. She was supposed to help Arte on unpacking things, but Arte told Daphne that she’ll take care of it by herself. 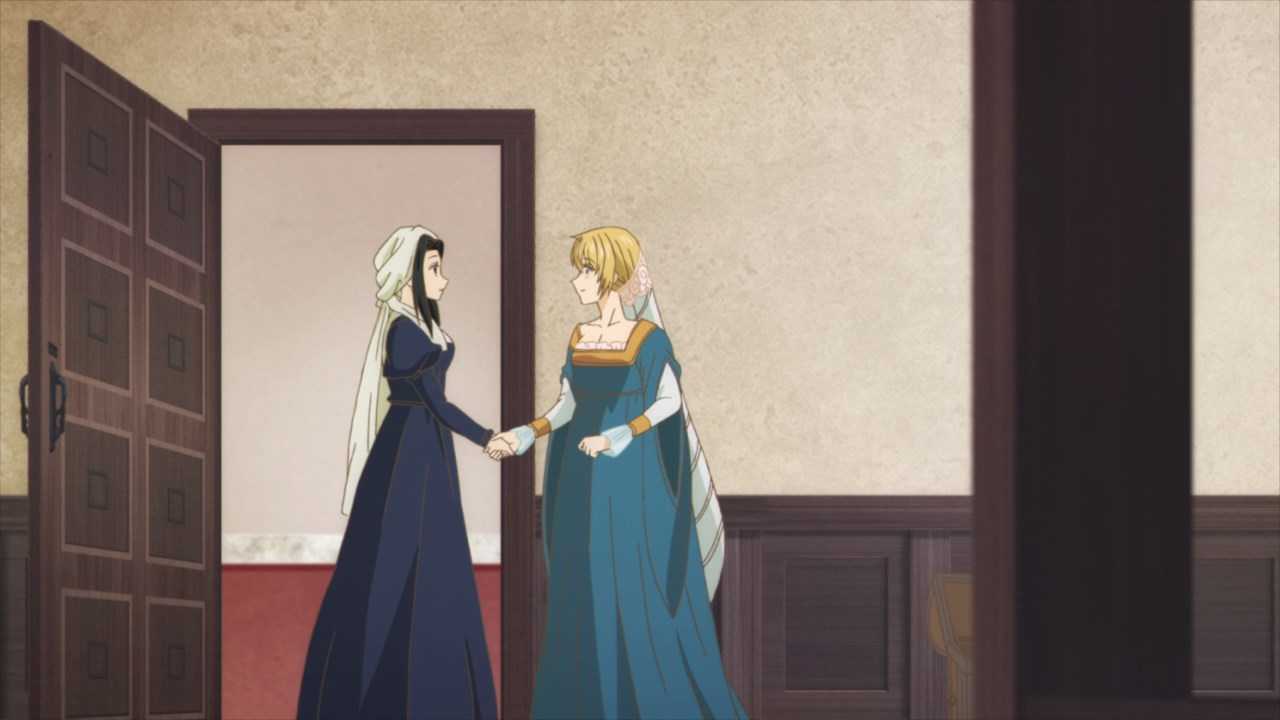 Also, Arte gave a handshake to Daphne in which the maid was surprised to see a woman from Florence doing an unusual greeting gesture. 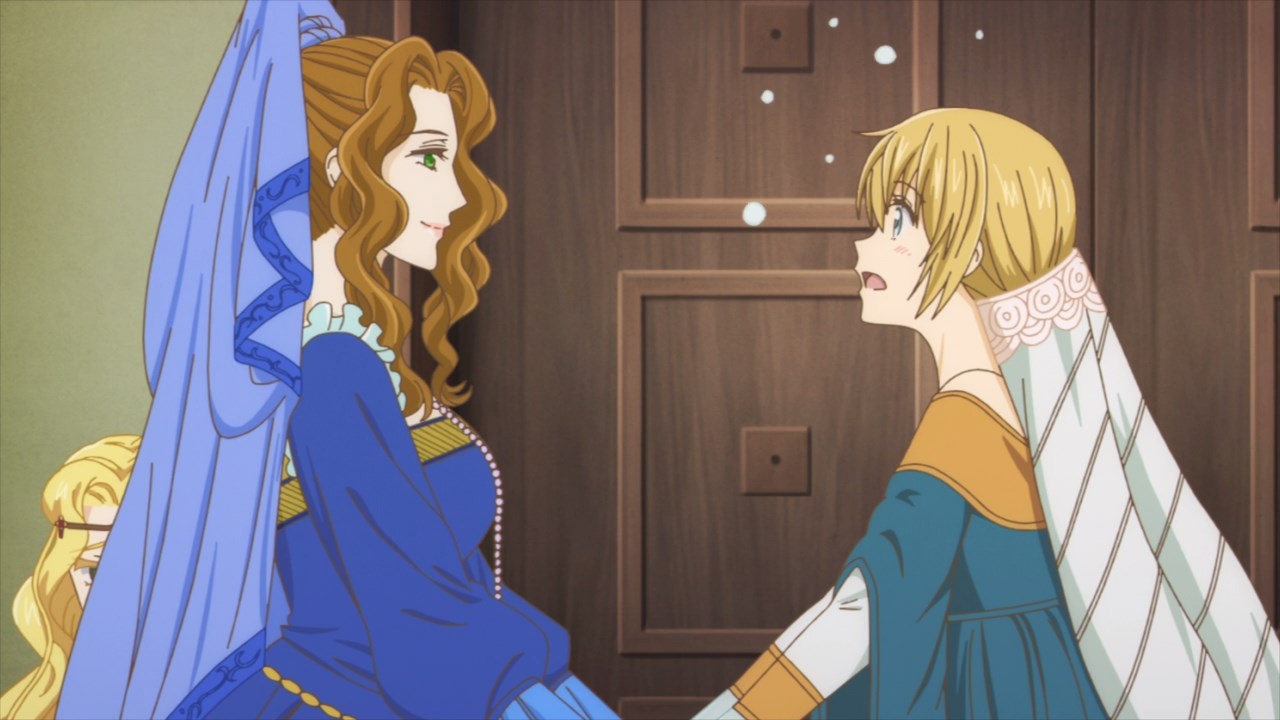 Now then, let’s get onto the main business as Sofia Falier expects Arte to do her job well as both portrait painter and tutor to her daughter. I hope things go smoothly… 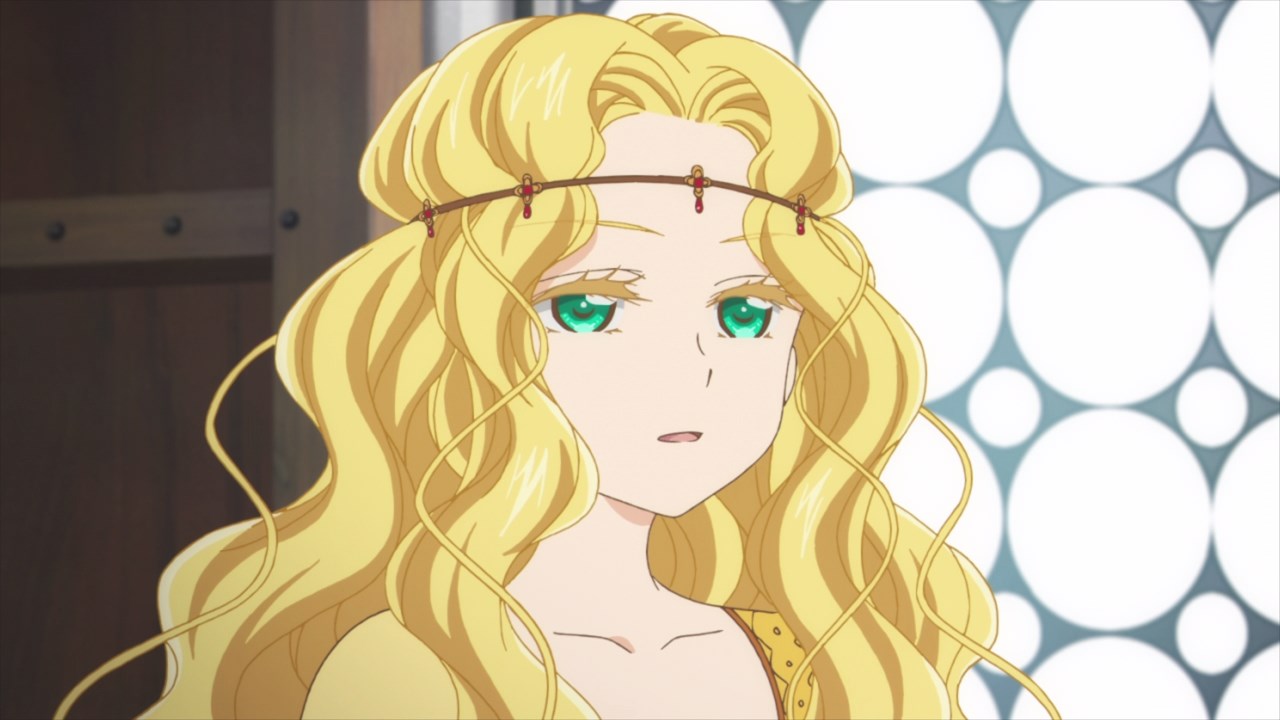 And speaking of Sofia’s daughter, here’s Catalina where she acts like a typical brat, dissing Arte and doubting her tutoring skills. Man, that was mean of her! 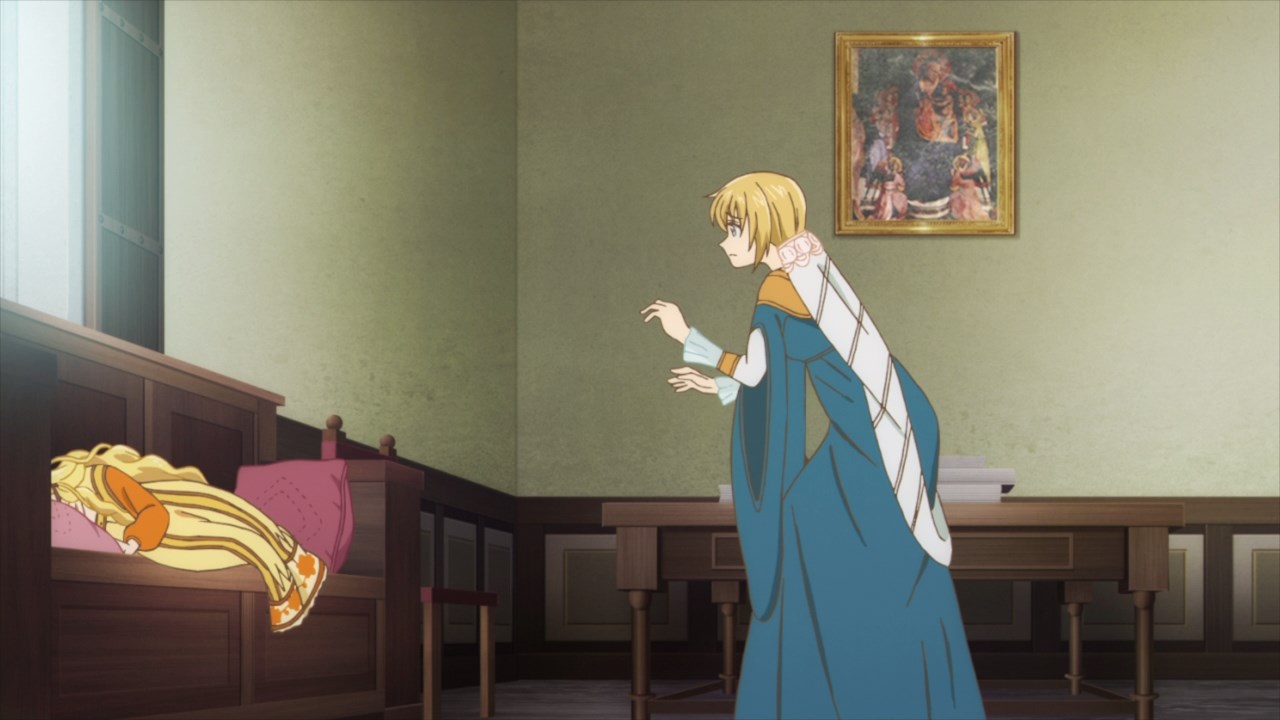 Well, I have to say that Arte’s first day on the job is off for a bad start as Catalina takes a nap and told Arte not to disturb her.

But you know what, things will get better on the next episode, right? God, I feel that there’s a trainwreck coming…