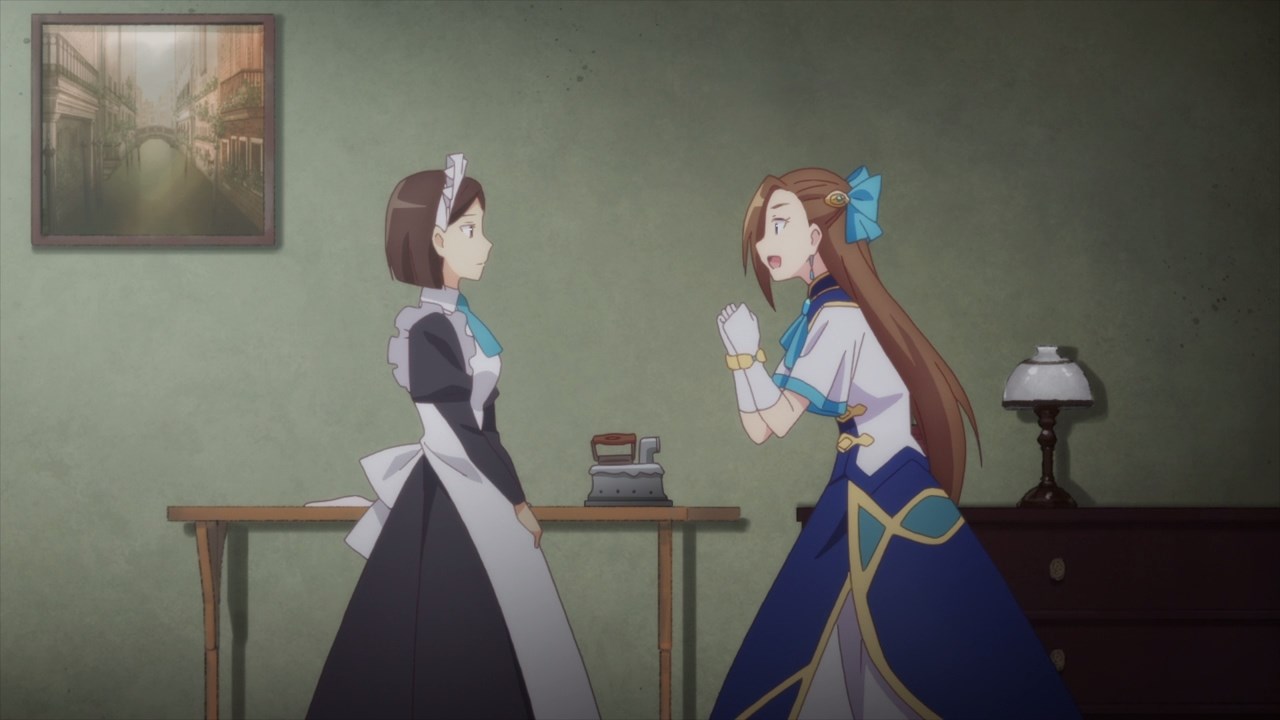 Well everyone, here’s some good news to start this episode as Catarina Claes has managed to move up to the next grade instead of flunking it, and it’s all thanks to her maid Anne Sherry for helping the villainess. 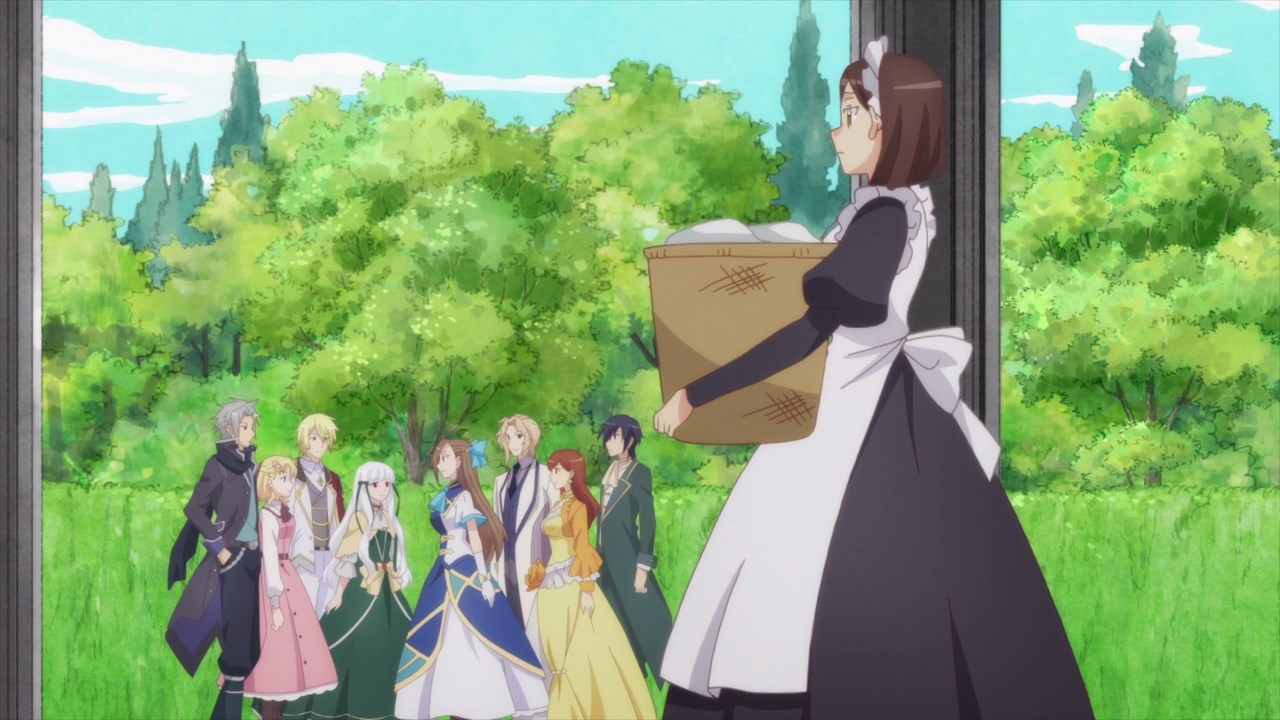 But despite being loved by everyone, Anne Sherry felt that Catarina is very clueless to everyone’s feelings, from Geordo Stuart to even Maria Campbell. Man, I guess Bakarina is busy preventing various death flags that she couldn’t notice that everyone loves her very much.

Speaking of Anne Sherry, she had a rough life as Anne was an illegitimate child of a prominent baron and one of his mistresses. 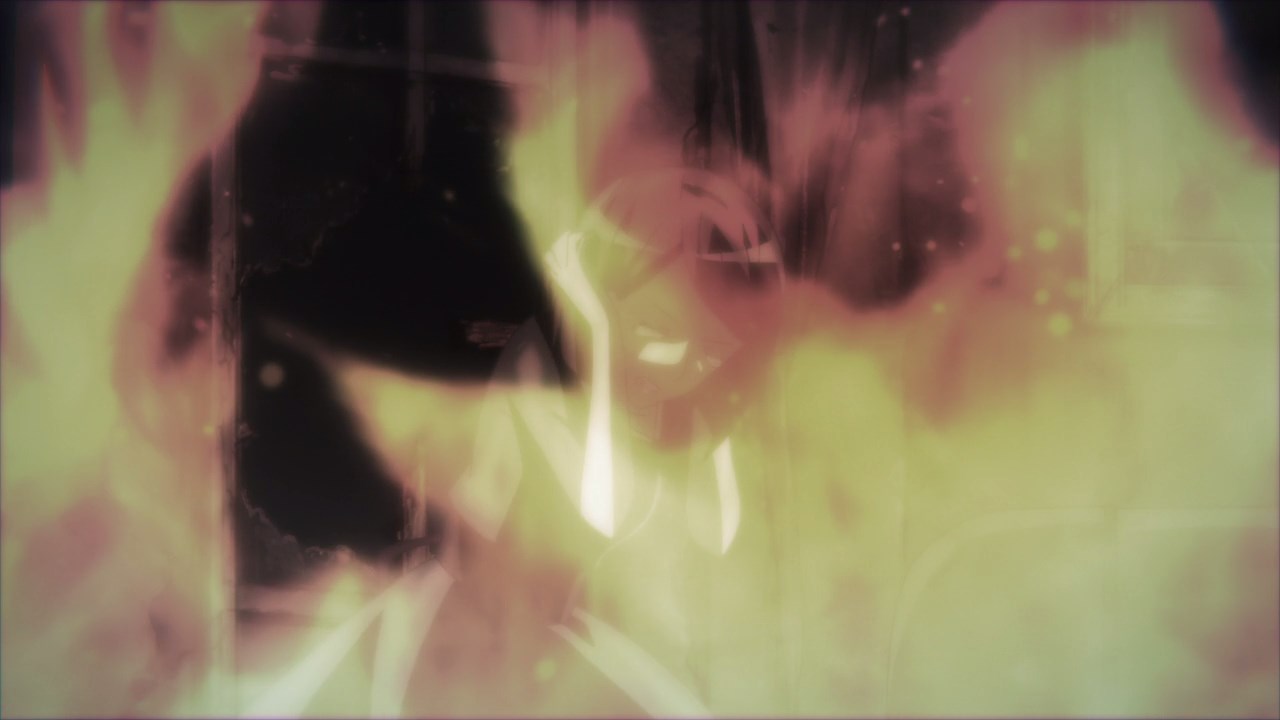 Unfortunately, someone set the Sherry household ablaze as Anne saw her only mother being burned to death. Not like the baron have any care towards his mistresses. 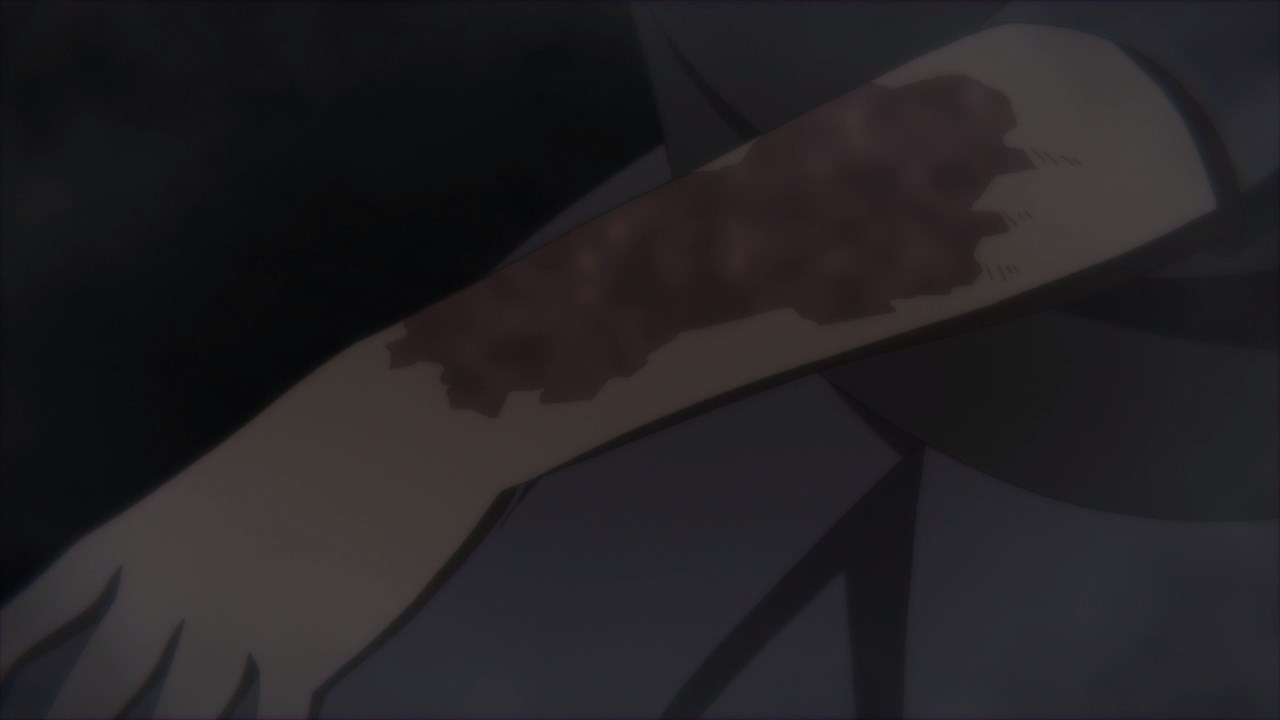 Things get worse when Anne got a nasty 3rd degree burn on her left arm which it’ll never heal. Even to this day, Anne felt the lingering pain of her scar. 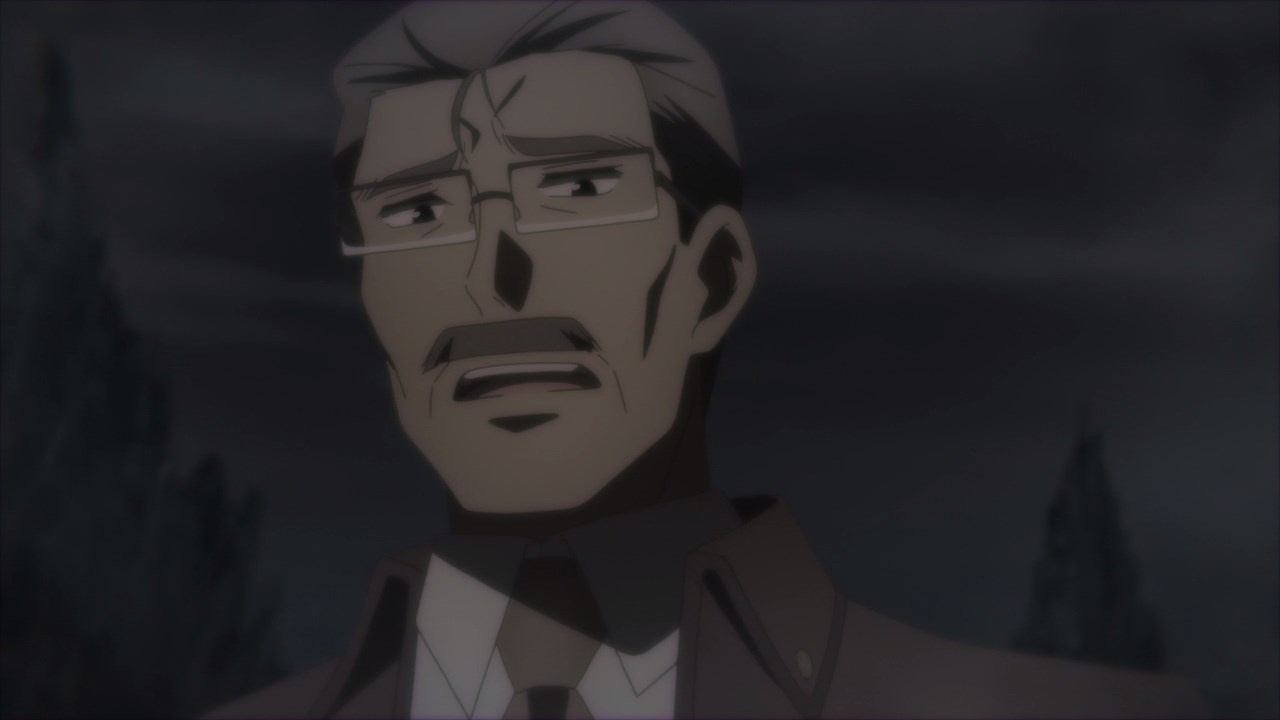 But, the biggest kicker of all is her father where he disowned Anne Sherry for being damaged goods (because of having a scar on her left arm), but because the baron sees Anna as a tool for his own political ambition. Therefore, he doesn’t give a rat’s ass about Anne’s life. 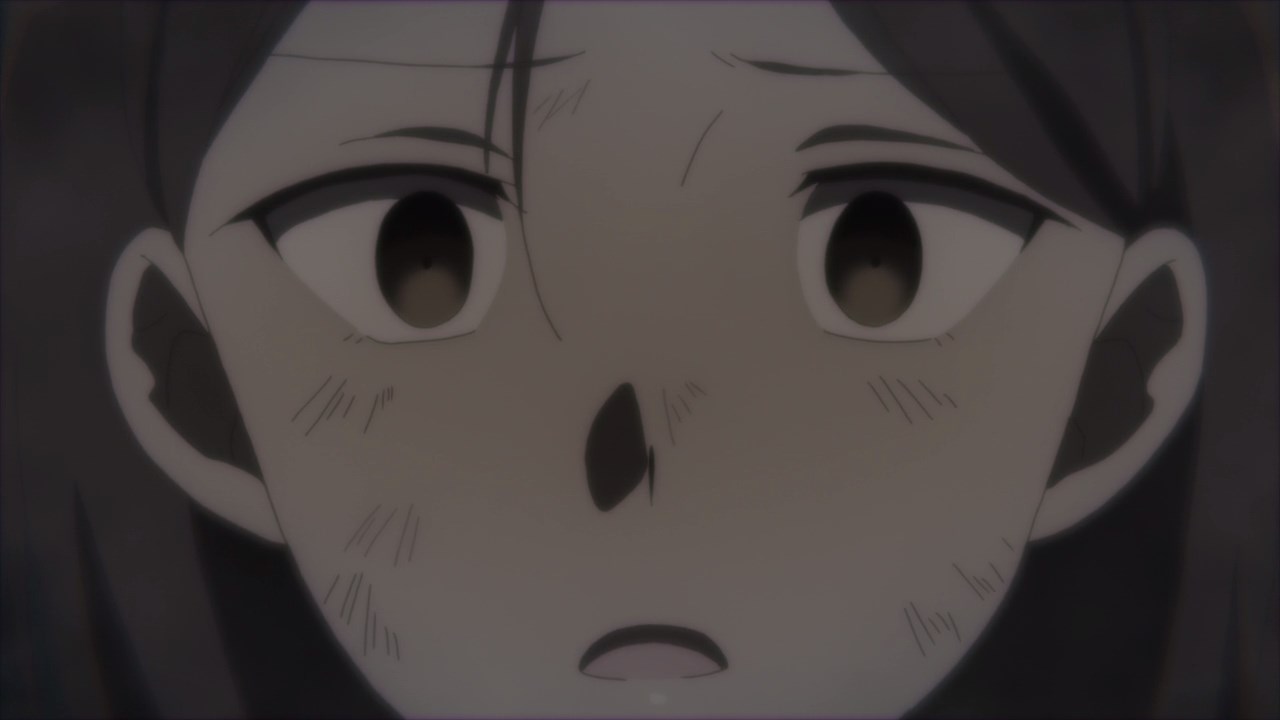 Anyways, this revelation from the baron has shocked Anne so much that she felt that despite being submissive to the Sherry household, there’s no point of living anymore now that no one will care about her. 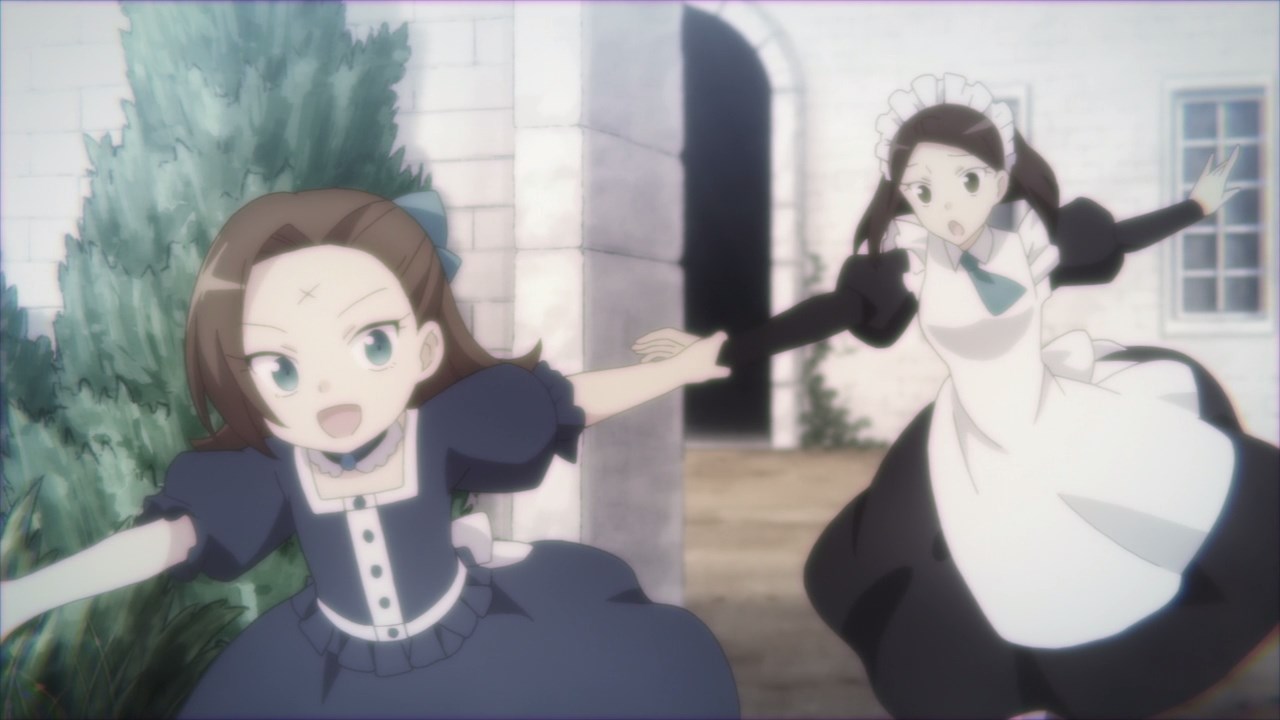 Well, that’s until Anne Sherry met Catarina Claes and while the villainess acted like a spoiled brat at first, it wasn’t until Catarina got a scar on her forehead (which regained her past memories) where she treated her maid nicely. 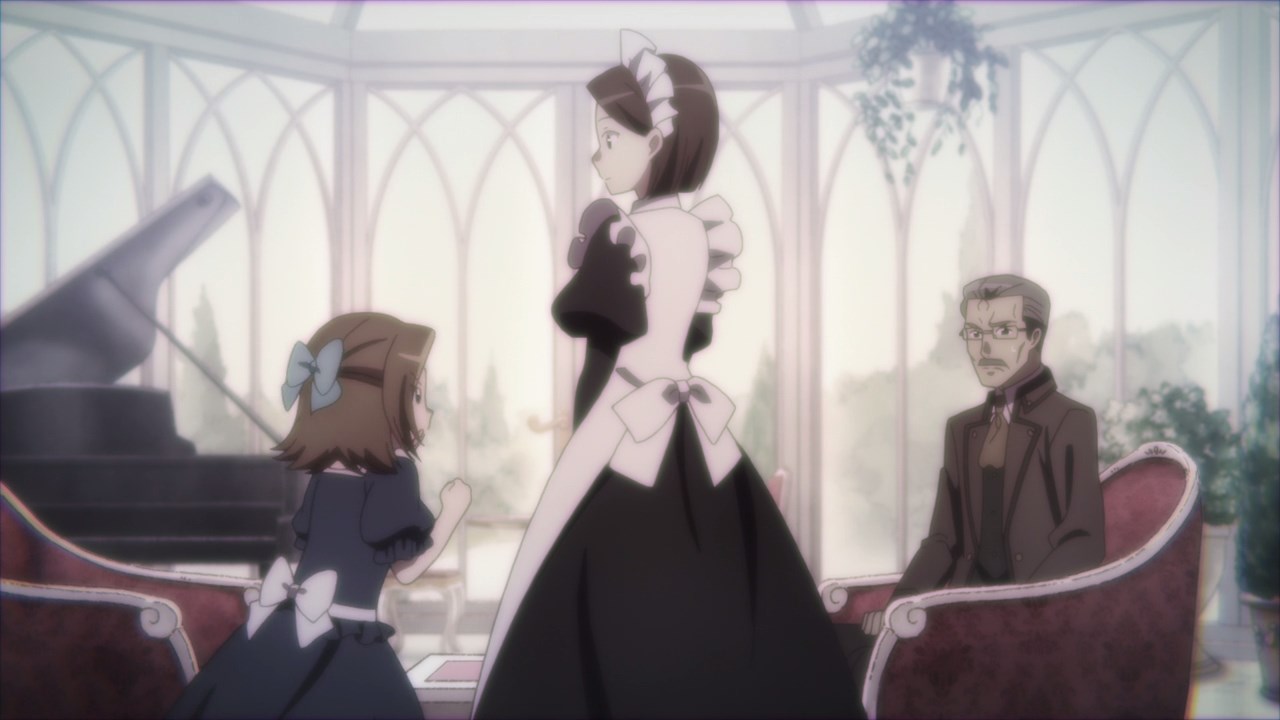 So much that when the baron decided to force Anne to marry some unknown noble, Catarina stepped in and told the baron that her maid won’t marry someone as she wants Anne to stay by her side.

Thanks to Catarina, Anne got the courage to refuse her father’s orders and thus she stayed at Catarina’s side to this day. But you know what, things would be very different if Catarina’s memories from her previous life didn’t return and I have a bad feeling that Anne’s life will be miserable. 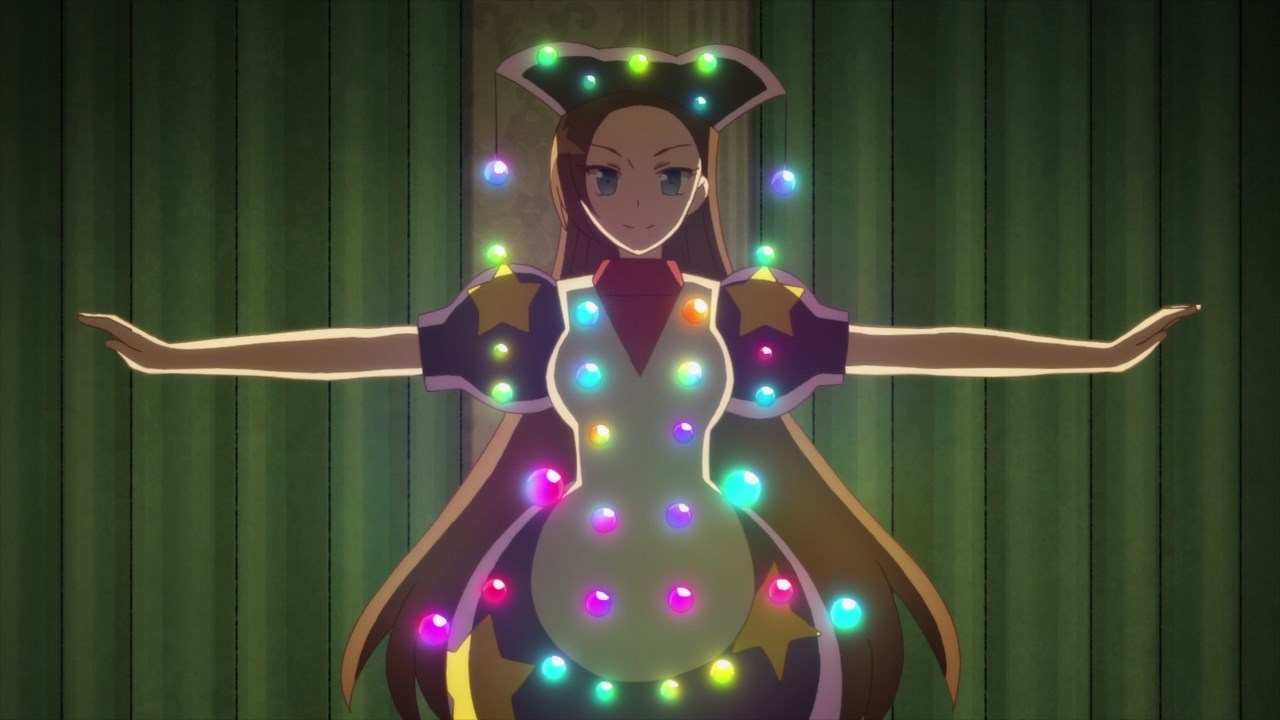 Now let’s go back to the present where Catarina Claes is preparing for a pajama party with her friends, although her choice of pajamas is a bit extravagant. I mean, having decorative lights in her pajama makes Bakarina look like a Christmas tree. 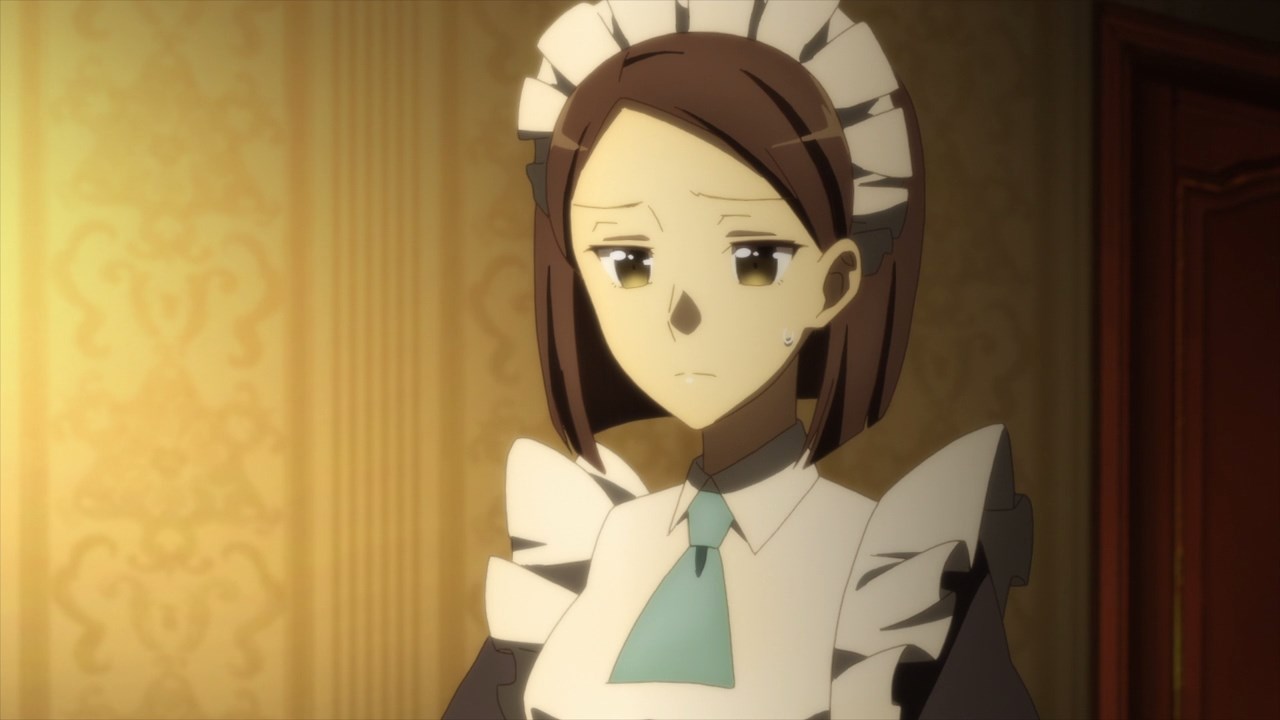 And speaking of Anne Sherry, she was full of disbelief on Catarina’s choice of clothes that Anne wants the villainess to wear ordinary pajamas instead. 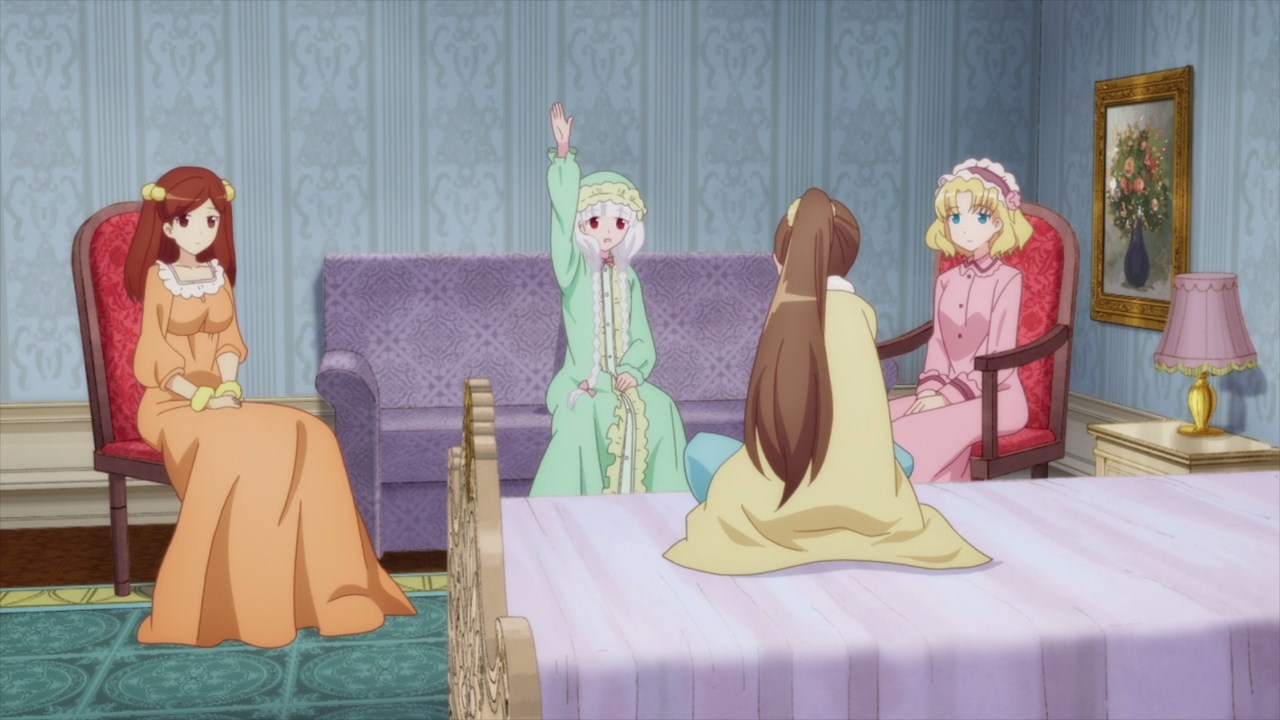 With that said, it’s time for a sleepover where the likes of Mary Hunt, Sophia Ascart, and Maria Campbell are invited.

And while they really love Catarina Claes dearly, especially Mary Hunt where I thought that she’s in love with Alan Stuart, Catarina is still one dense villainess. 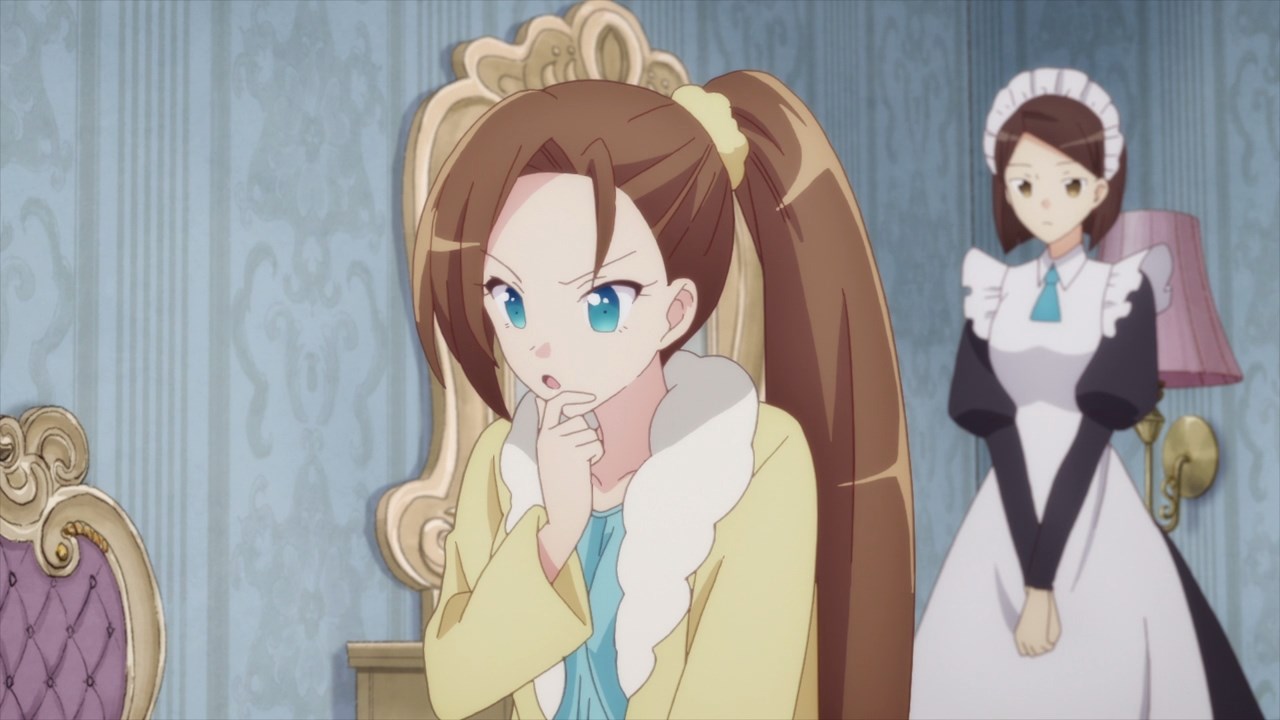 Speaking of Bakarina, she’s damn lucky to have a harem full of girls, yet she’s clueless about it. I guess she still thinks about saving herself from various death flags.

Now then, let’s move onto the next scene as Catarina Claes invited her friends for a group activity.

C’mon, she wants everyone to experience farming because it’ll help them when things go south, but none of them are impressed about it. 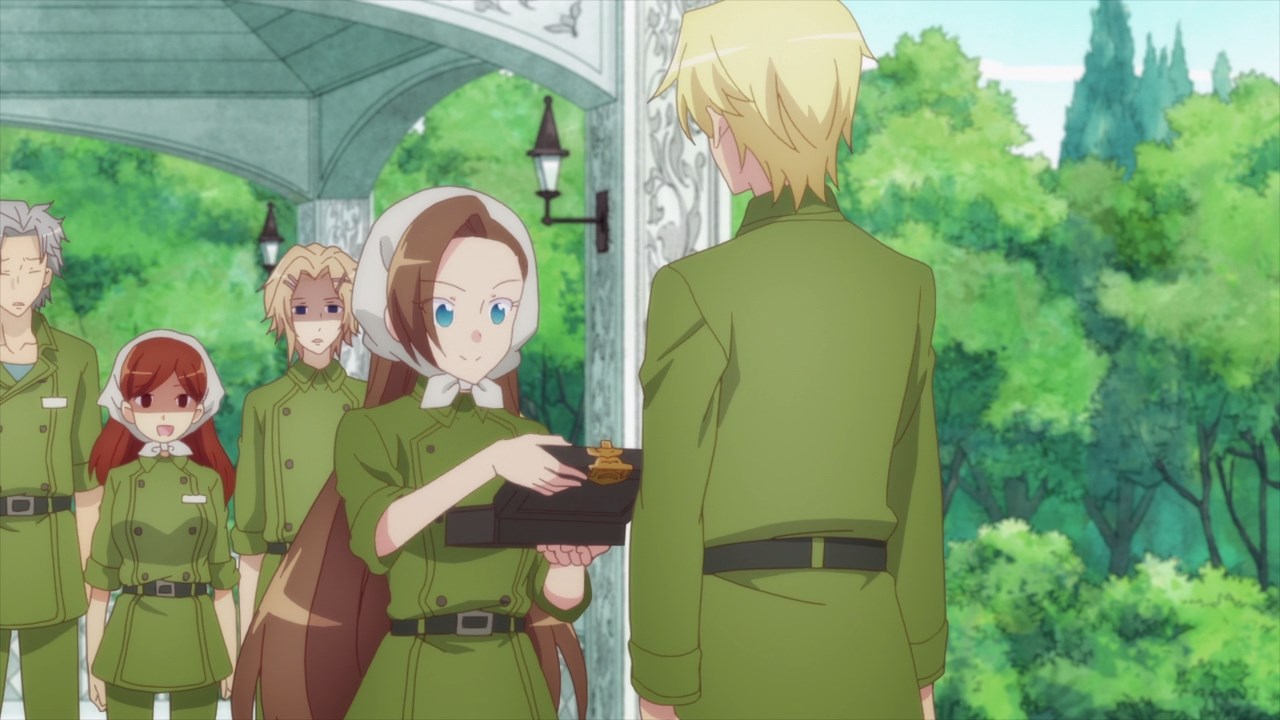 On the other hand, looks like Geordo Stuart gave a pair of gardening shears to Catarina as a present. Oh, and it’s covered with gold. 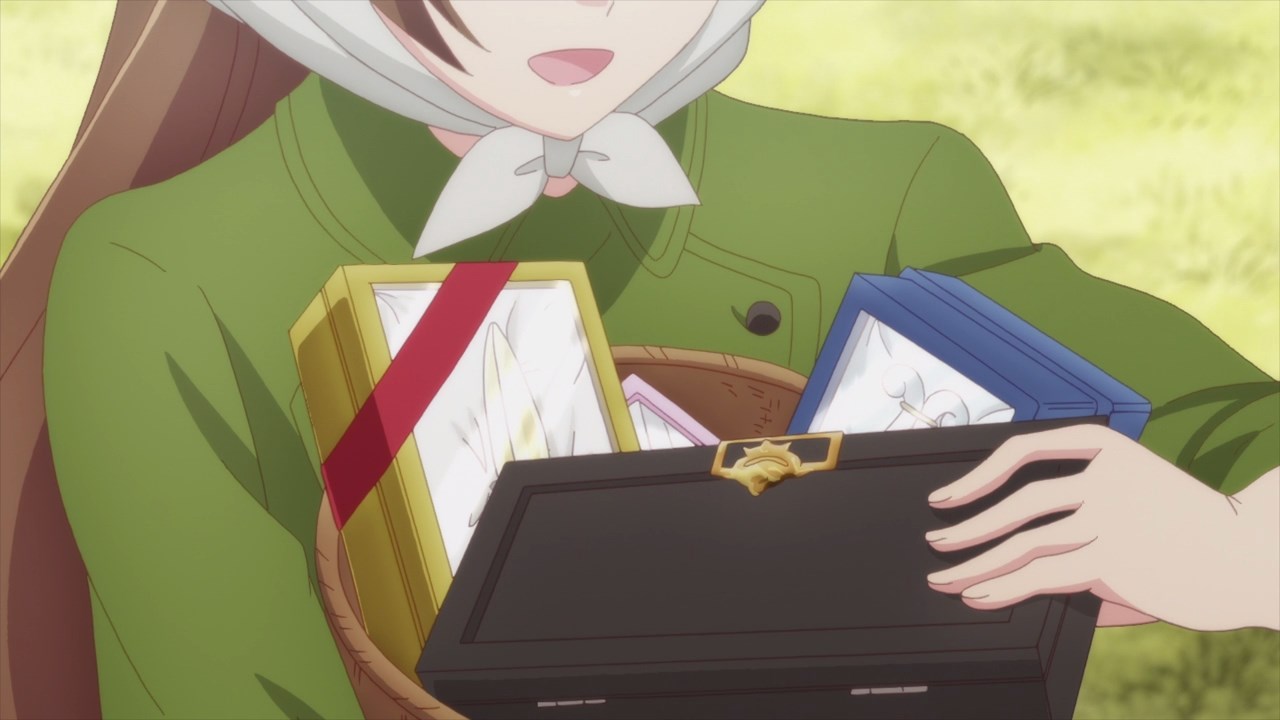 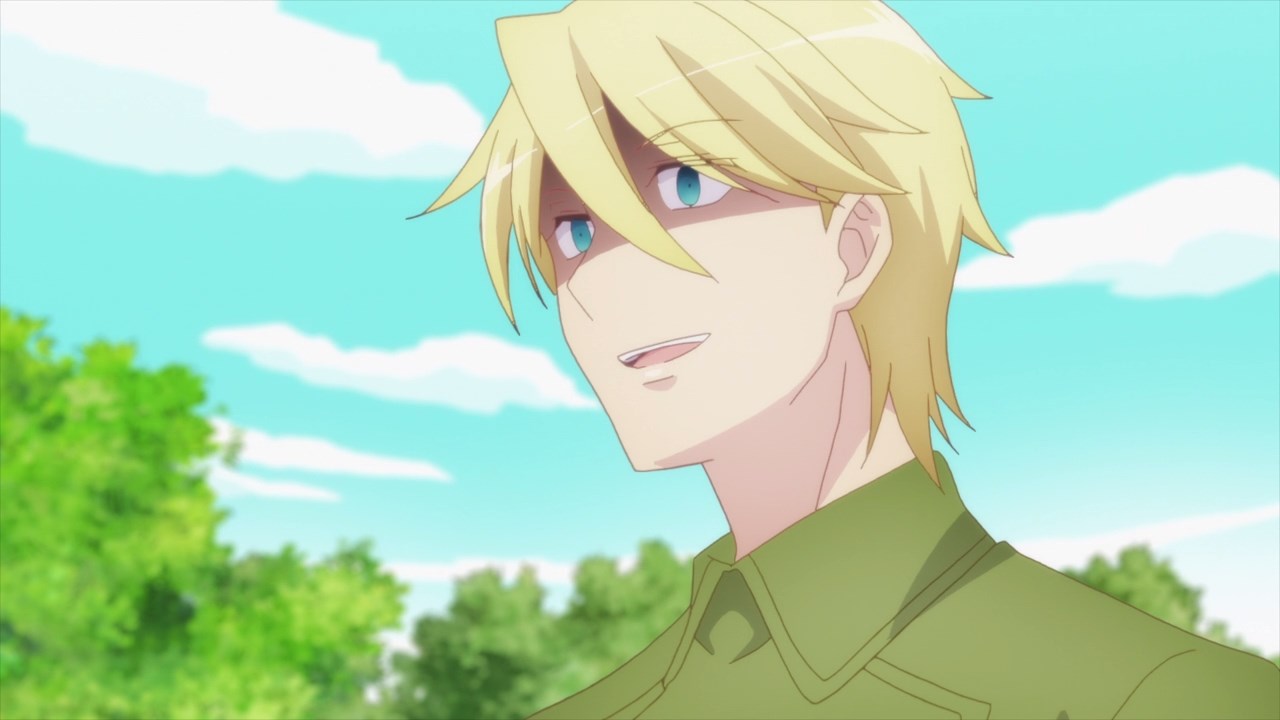 Well, turns out that Catarina’s friends gave her gold-plated shears too that Geordo felt cheated about it. Not just Geordo Stuart, but everyone who thought that giving shears to Catarina is a good idea.

Anyways, that’s about it for this week’s episode and it seems that villainess didn’t get any death flags so far. 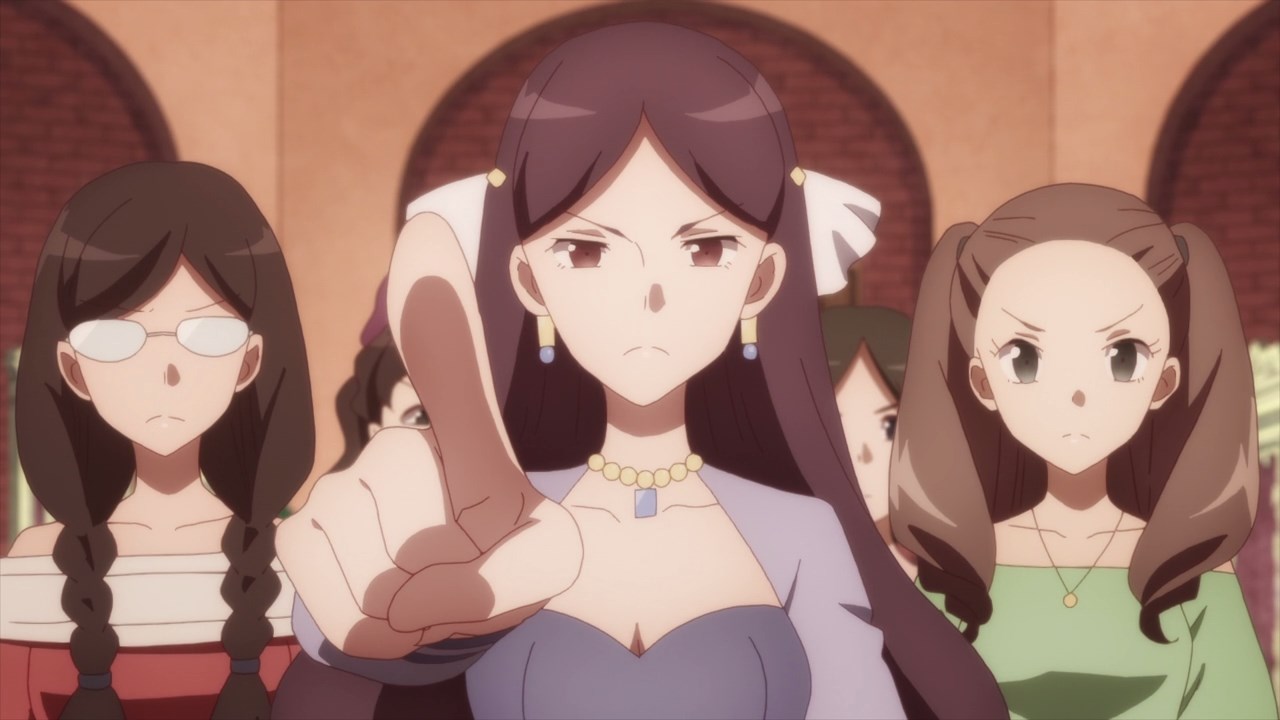 Actually, turns out that Sienna Nelson and her fellow noblewomen have decided to turn against Catarina Claes for being friends with Maria Campbell. Um Ms. Sienna, you don’t understand that you’re bringing doom to Bakarina! 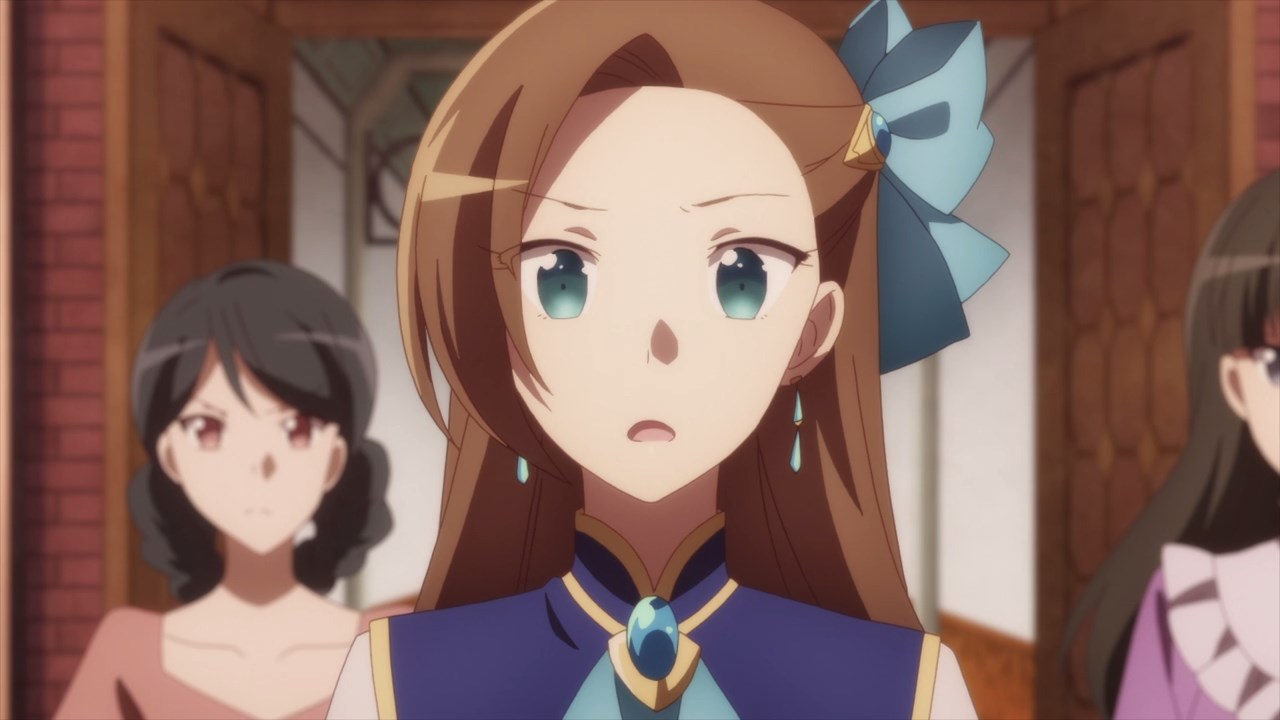 With that said, let’s hope that Catarina Claes will save herself on the next episode but then again, I’m scared that she’ll be killed at the hands of those bitchy noblewomen.