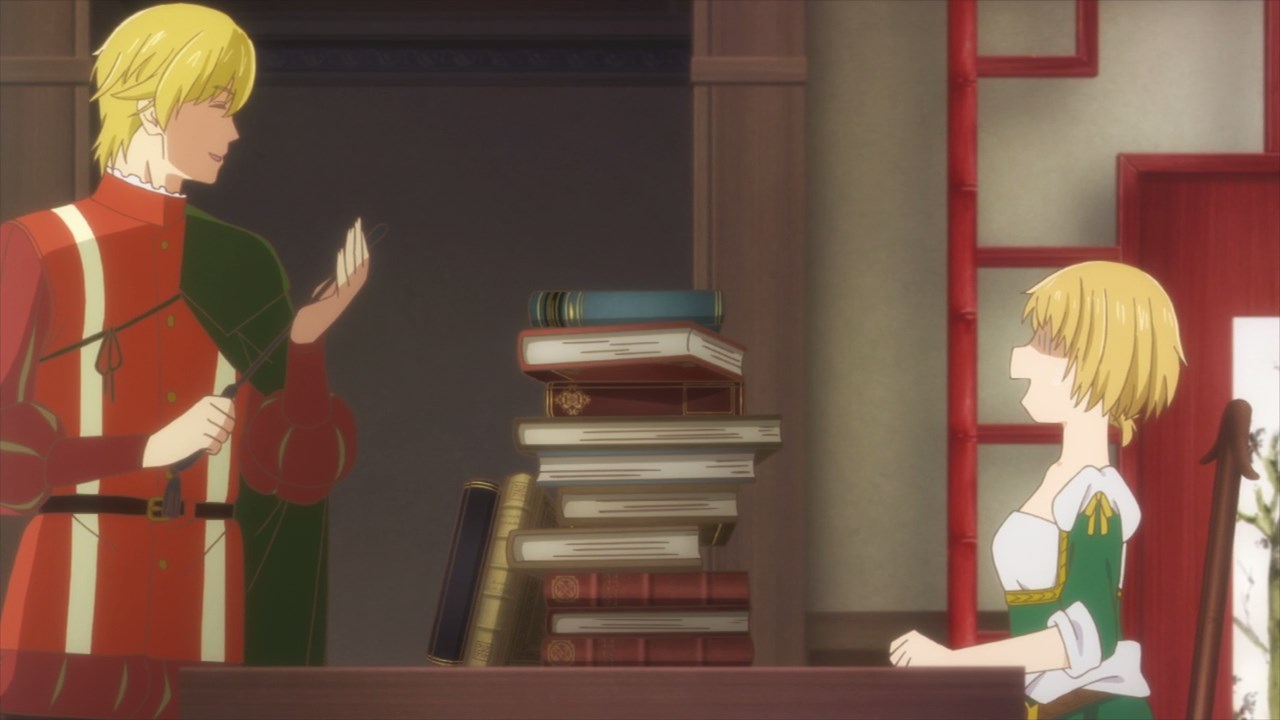 Well then, here’s Yuri Falier where he made a briefing to Arte about his niece Catalina. But before she can handle Catalina, Yuri will have to teach Arte some Venetian etiquette first as it’s different from Florence.

For some reason, I’m scared on what will happen to Arte as Yuri has become a nasty sergeant. 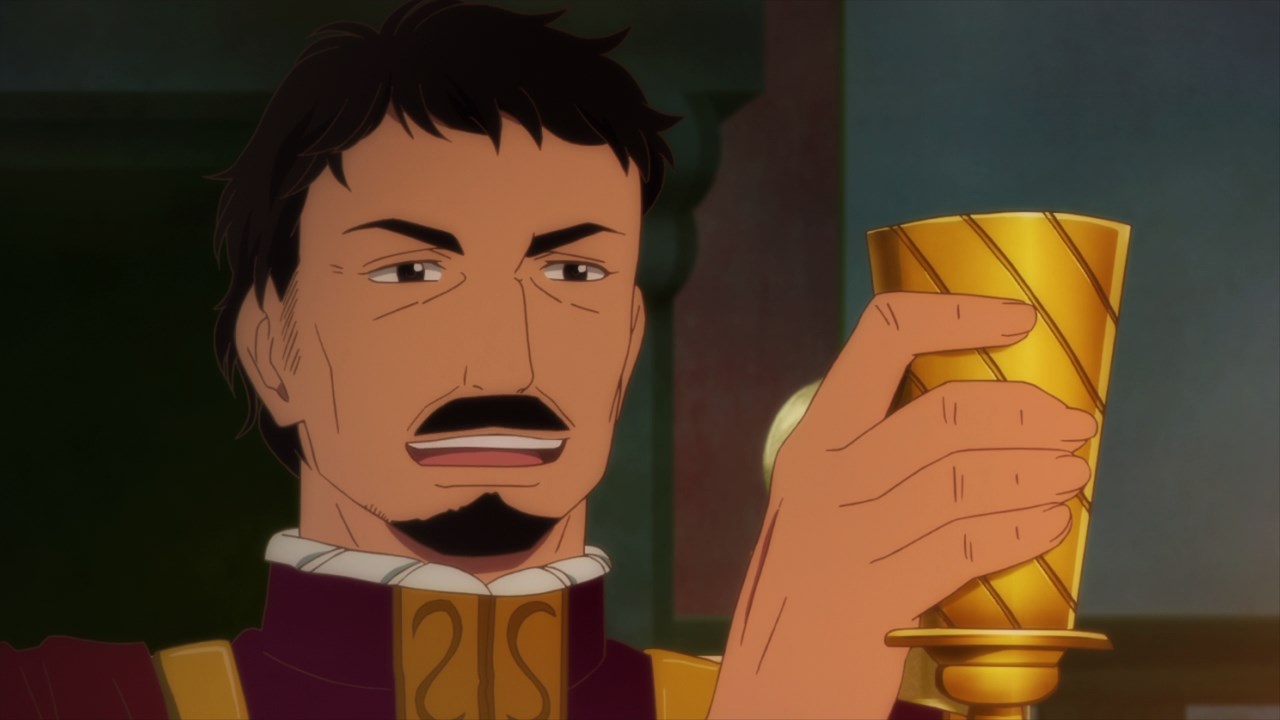 Anyways, here’s Lord Malta Falier where he expects Arte to train his daughter Catalina into a prim and proper lady. 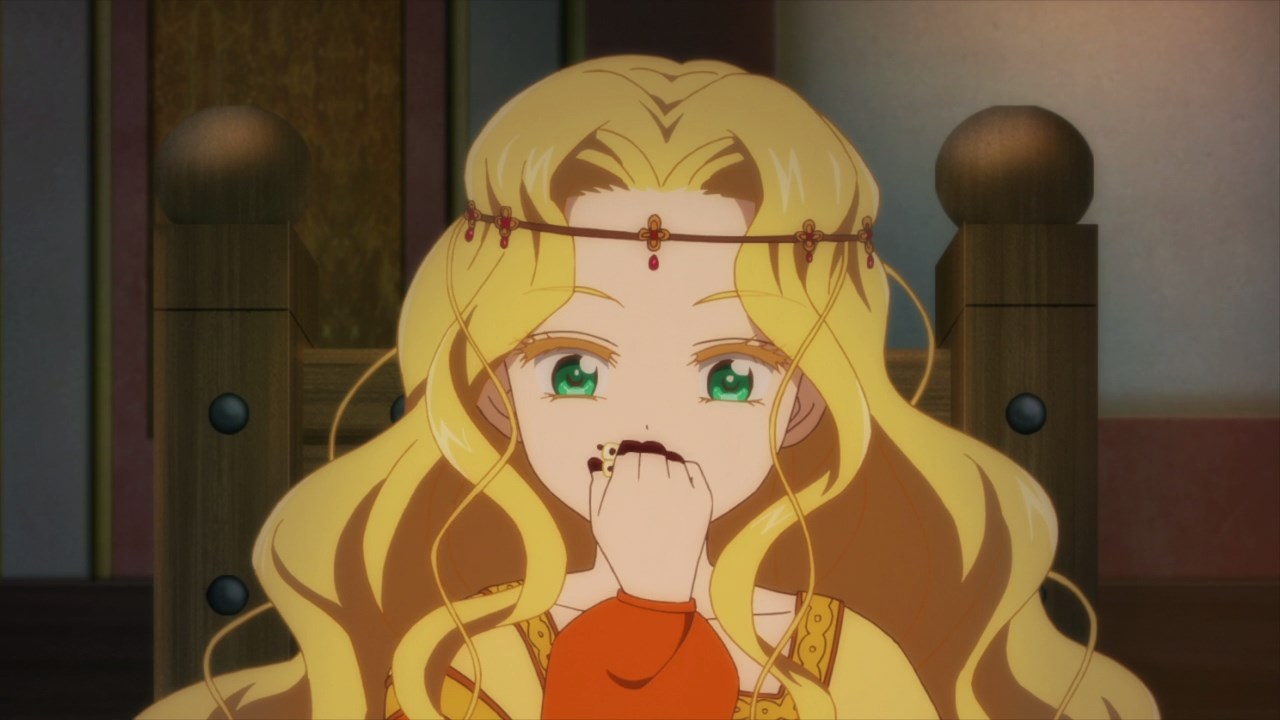 And speaking of Catalina, she’s eating bigoli with her hands as it’s hard for her to eat it with a fork and knife. 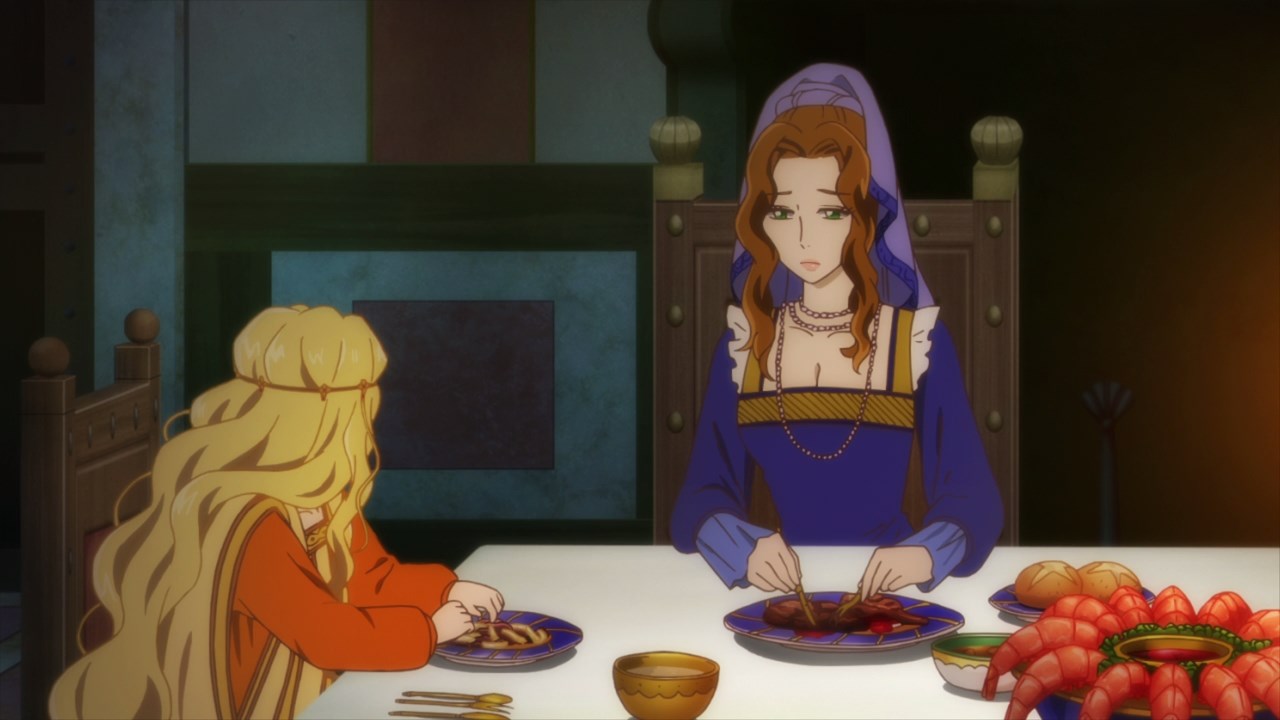 Even Lady Sofia is worried that society won’t accept her daughter to the point that Catalina’s future will be in serious doubt.

Well then, let’s hope that Arte can tutor Catalina until she’s a proper lady that’ll make her parents proud. 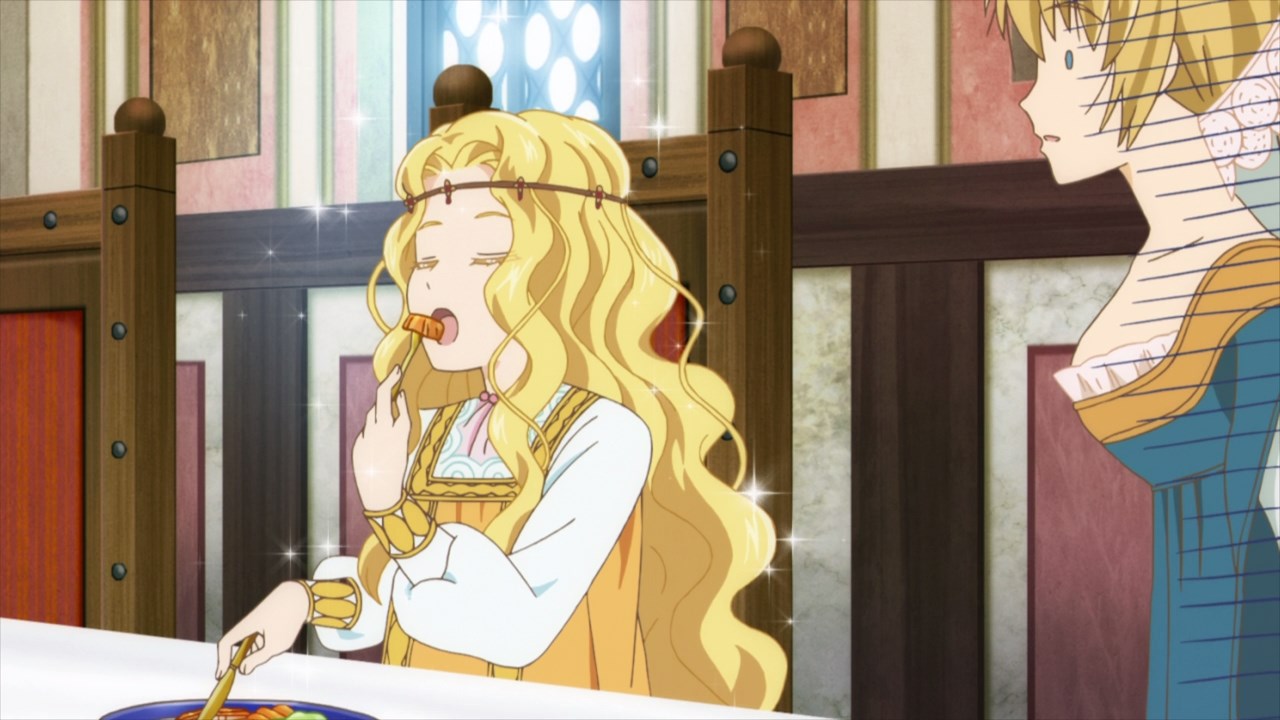 However, it appears that Catalina knows proper etiquette and table manners which begs the question on why she’s faking it in front of her parents. 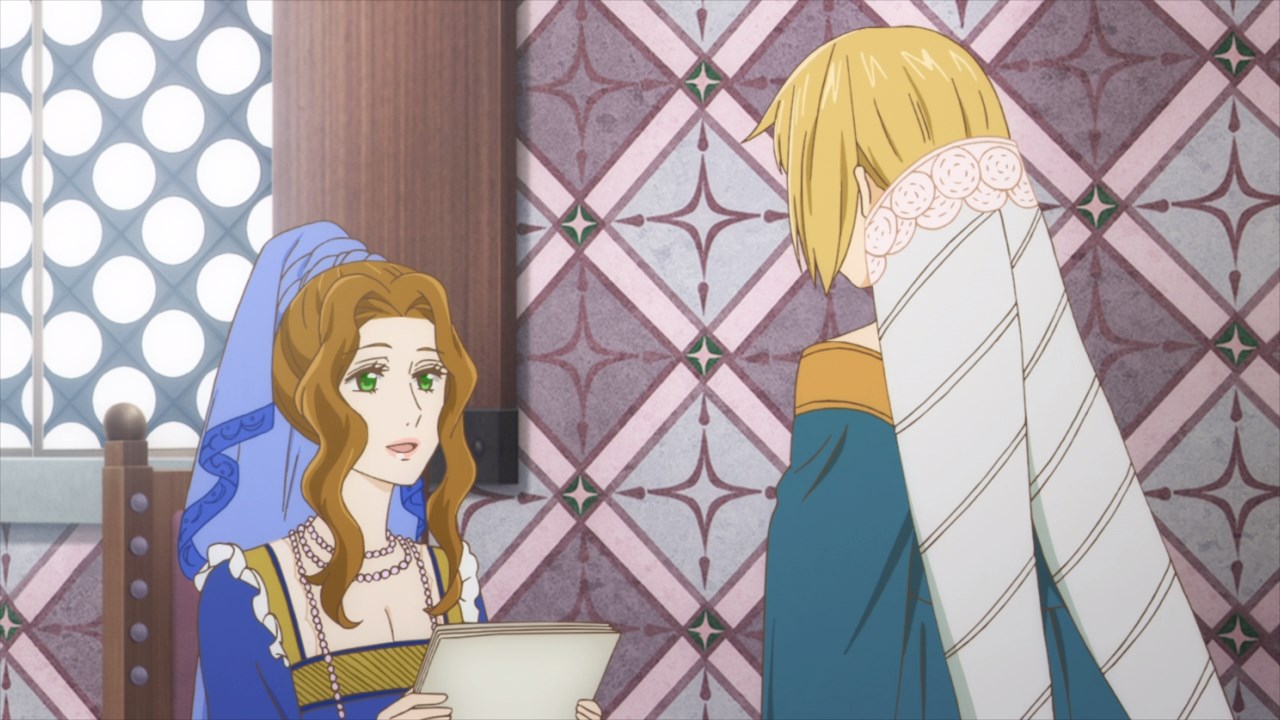 Well then, I guess it’s time for Arte to find answers starting with Lady Sofia as she checks for the initial draft on her portrait painting. Anyways, what Arte learned from Sofia is that Catalina didn’t open up to everyone, not even her own mother.

Also, another reason why she’s acting like a spoiled brat is because Catalina’s father Lord Malta is not interested towards her other than his two sons who felt that they’ll be more successful than Catalina. Man, gotta say that Catalina is being treated poorly. 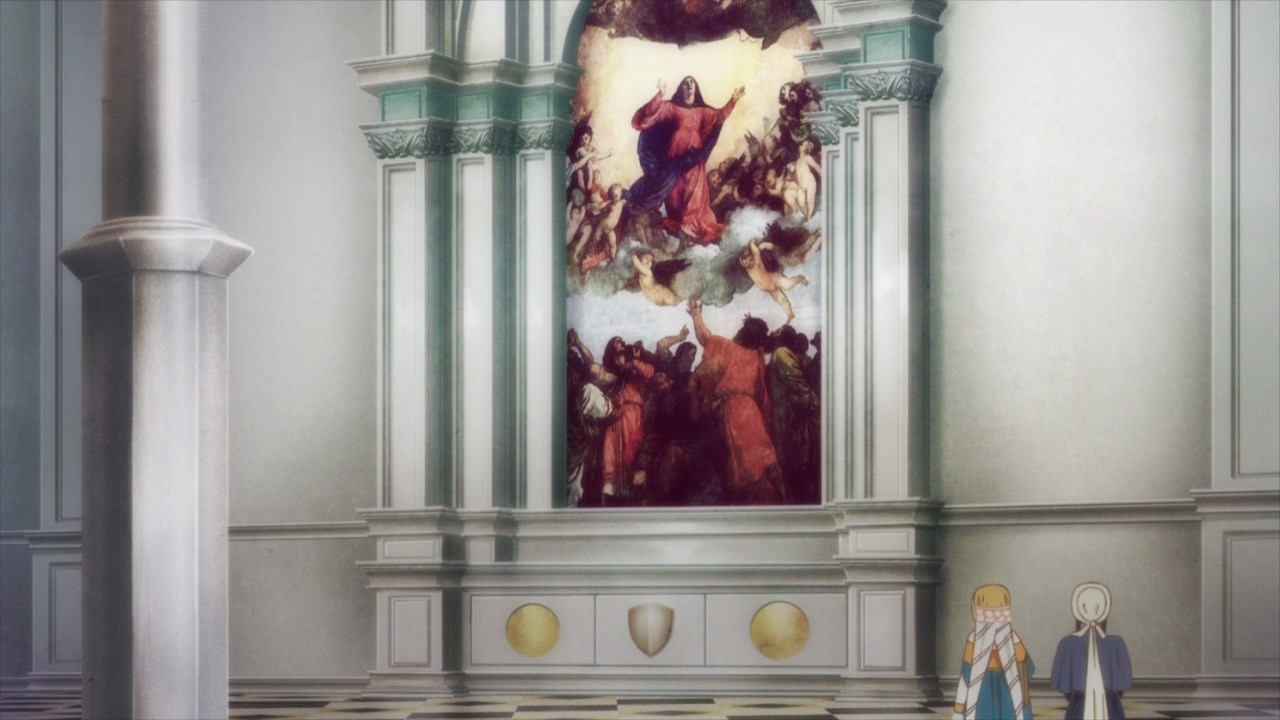 So for the time being, it’s time for Arte to unwind for once as she visits one of the basilicas in Venice together with Daphne. And much like the churches from Florence, it’s decorated with beautiful paintings. 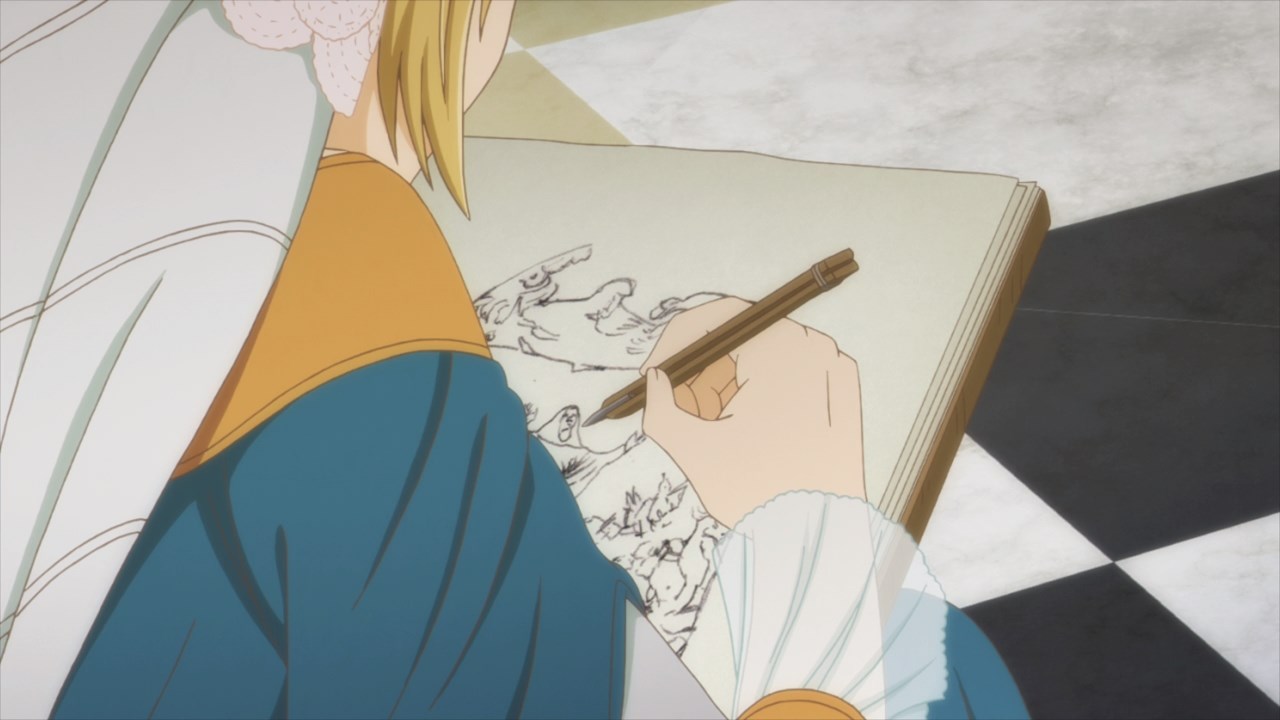 Of course, Arte can’t miss the opportunity so she went ahead on sketching those paintings for reference. I mean, Arte wants to pursue her dreams as an artisan after all. 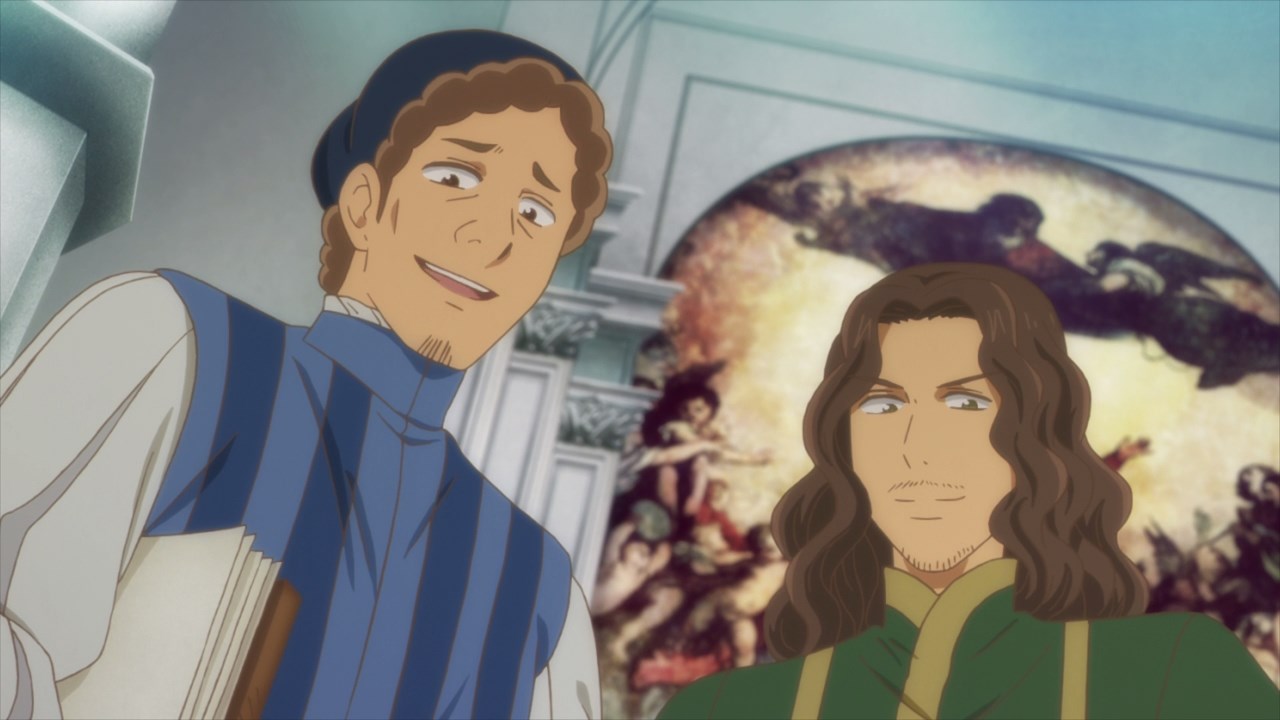 But much like back home, she’ll have to deal with prejudice as Venetian men mocked Arte for pursuing her artistic career, which they pitied the artisans at Florence for taking a woman as their apprentice. 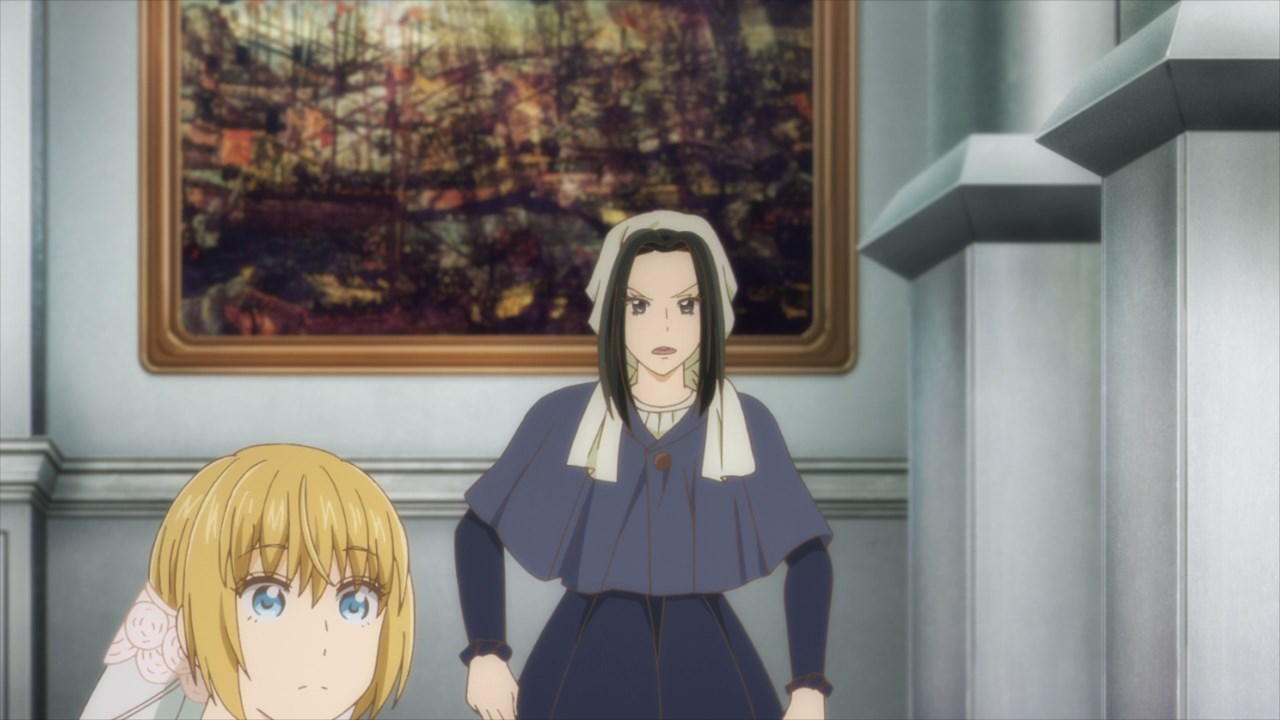 That doesn’t take well for Daphne as she told those men to leave Arte alone. Then again, Arte got used to being mocked by everyone over her career as an artisan. 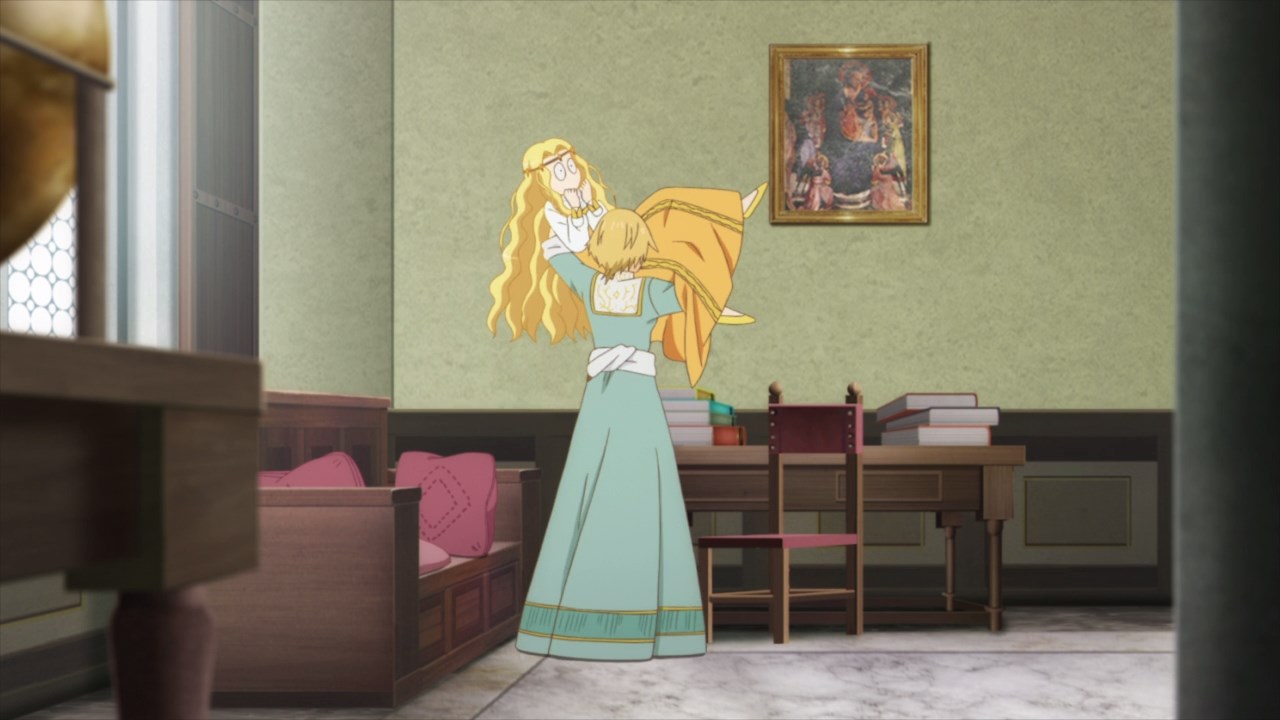 With that said, it’s time for Arte’s tutoring session where she lifts Catalina up. Yeah, looks like her time spent on lifting heavy objects is finally paid off but Arte won’t just make Catalina study. 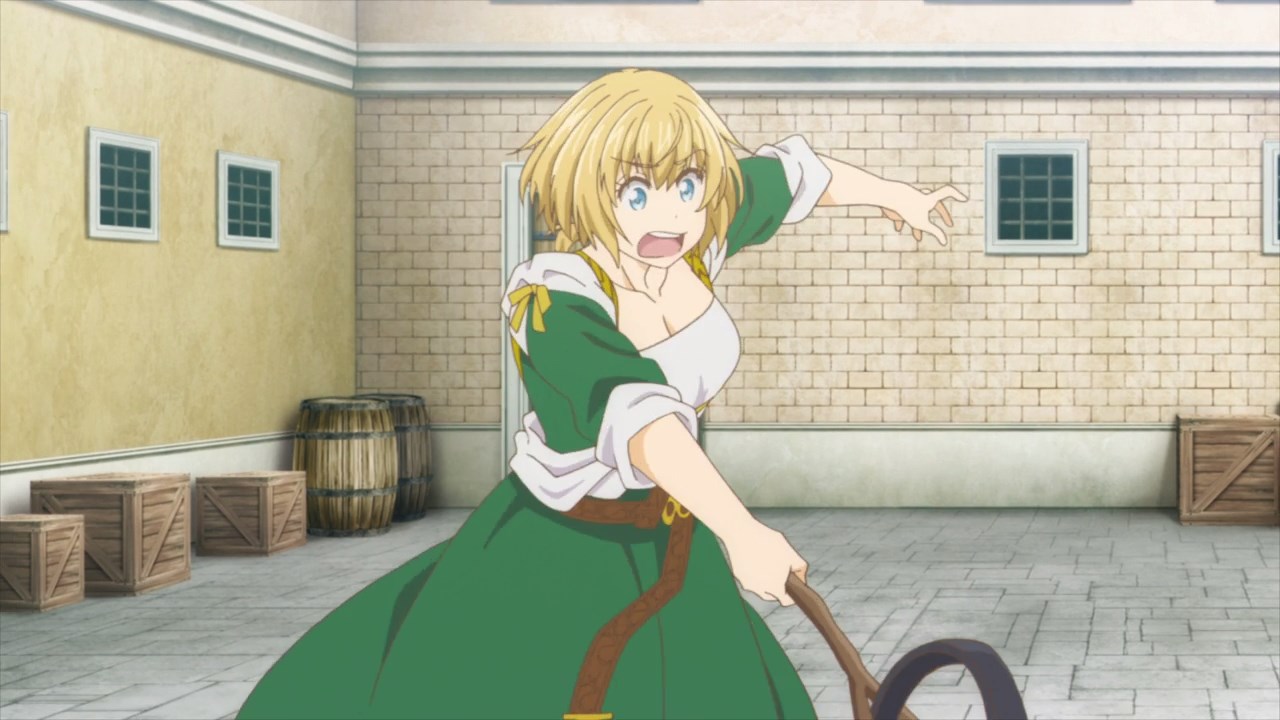 Instead, she wants to play with Catalina by rolling some iron rings, although Arte sucks at playing it. 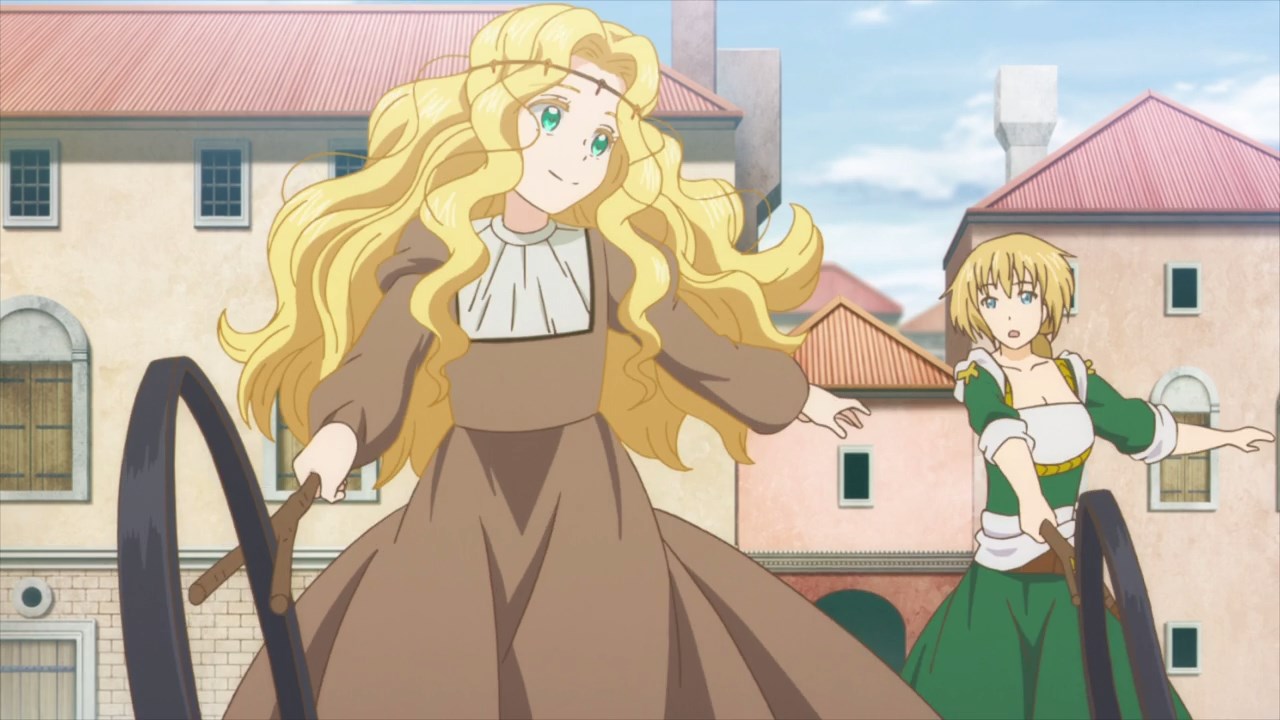 As for Catalina, looks like she got the hang of it. I think the reason why she’s good is because Catalina plays with the local kids while her parents are away.

Still, seems that Arte wouldn’t reach Catalina’s heart despite being good at proper etiquette. I bet that Catalina is hiding something… 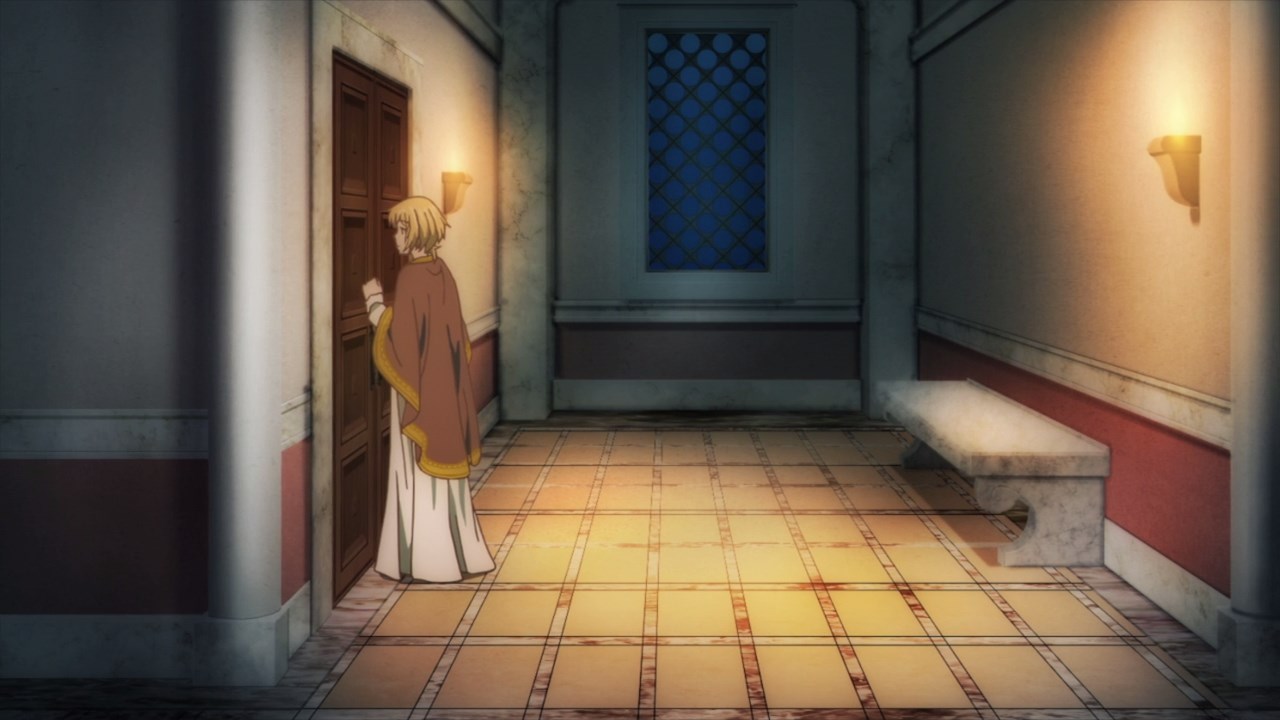 With that said, we’ll have to find out as Arte went to Catalina’s room to check if she’s sleeping, or doing something shady behind her parents’ backs. 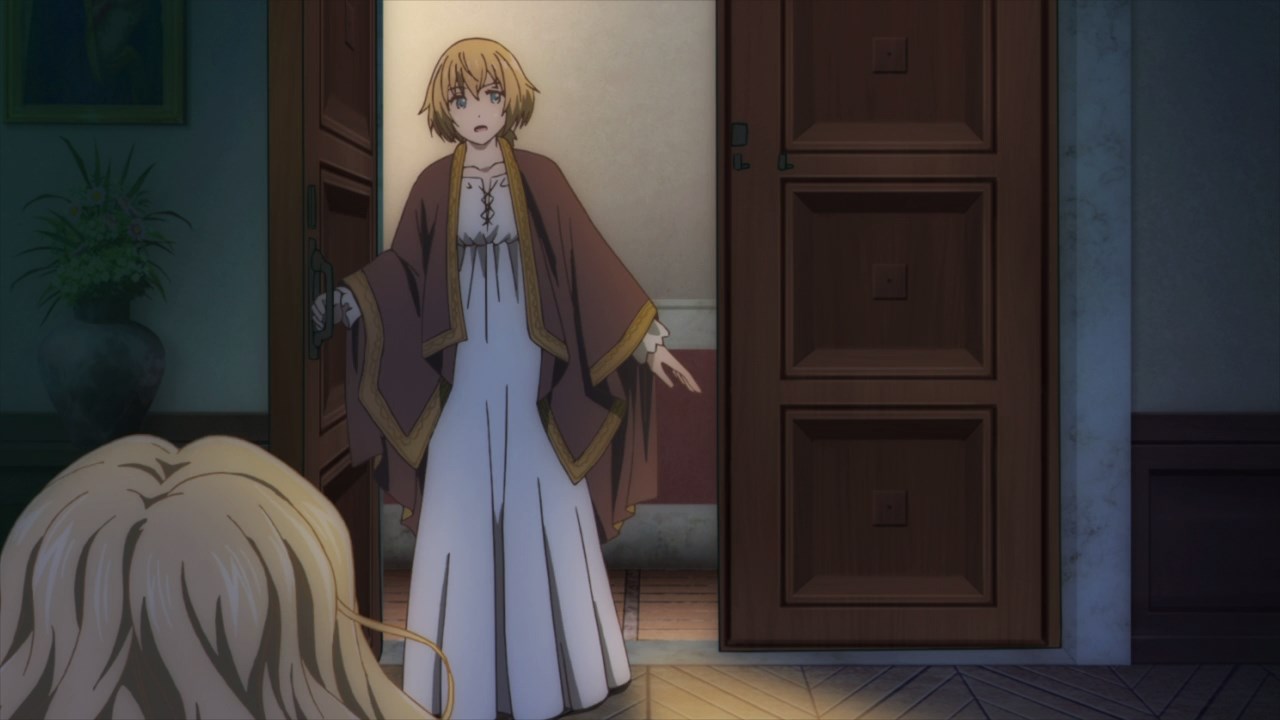 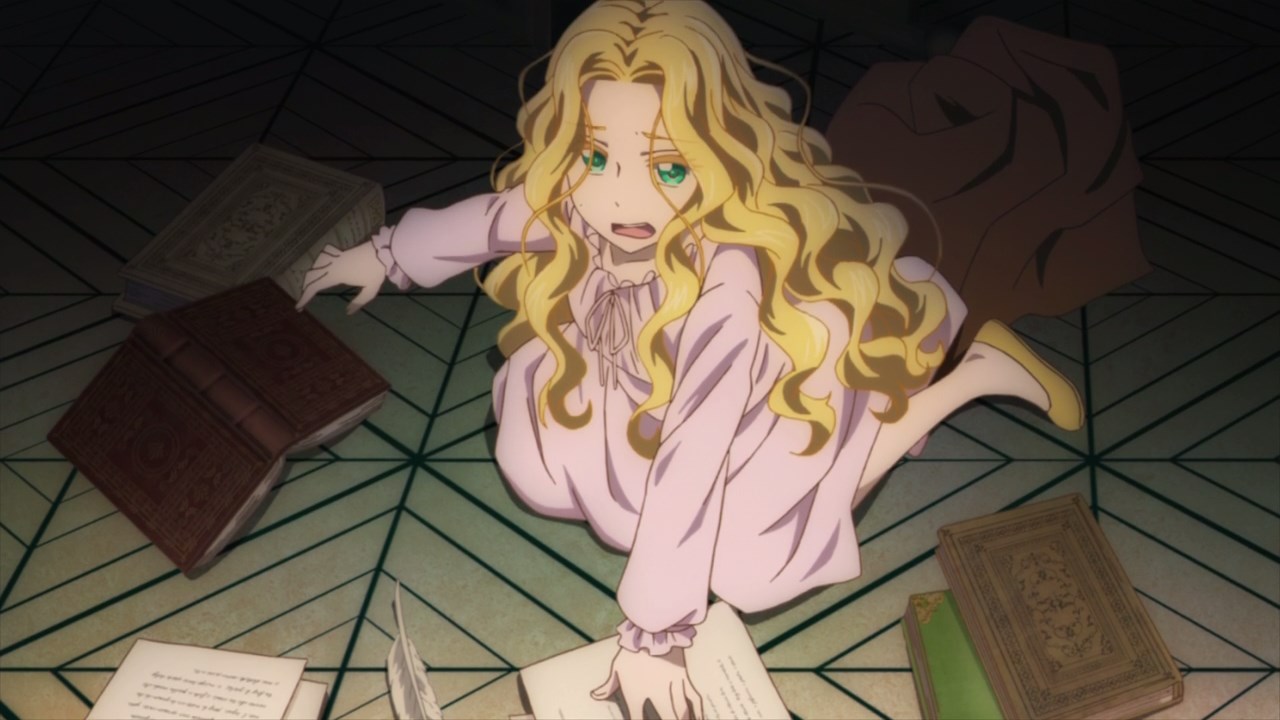 Anyways, Arte opened the door to find Catalina… writing meal recipes? Wait, is Catalina want to be a cook, something that’s only reserved for lower-class citizens?

Hm, I have to say that Catalina’s dreams is no different from Arte. 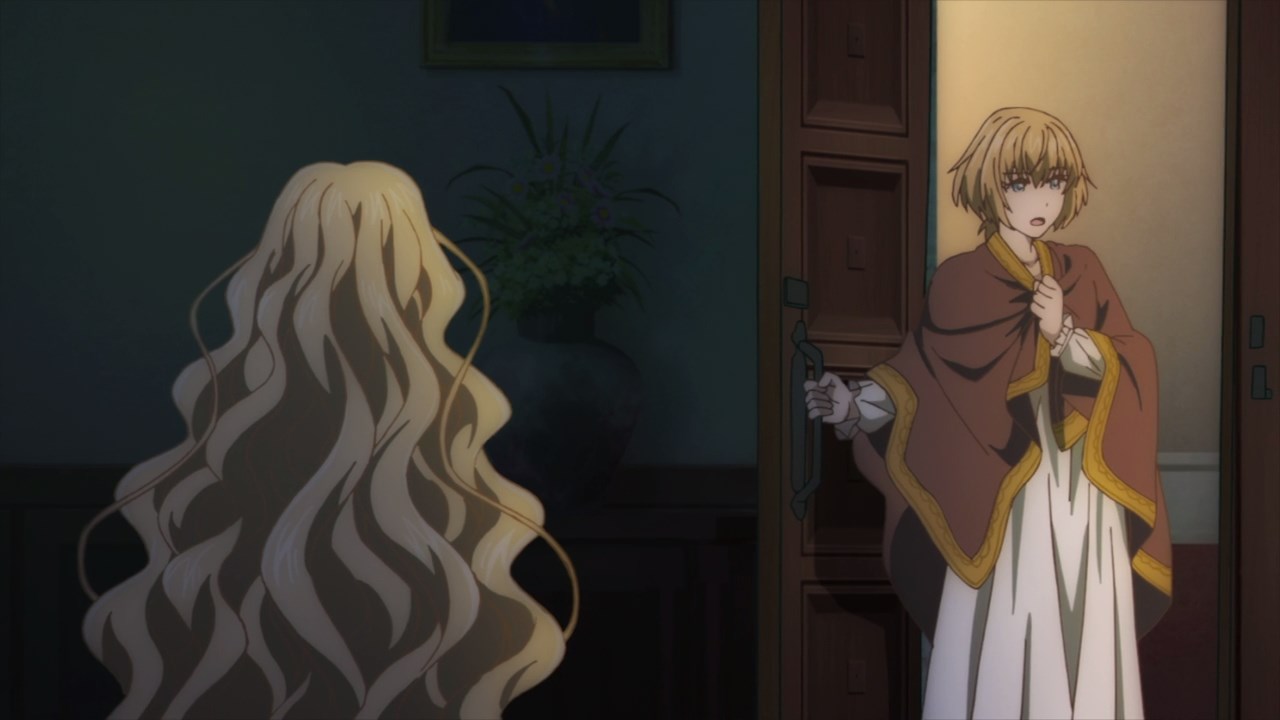 In any case, Arte decided to take her leave, but Catalina feared that Arte will tell her parents about her secret. Nah, I don’t think Arte will do that! 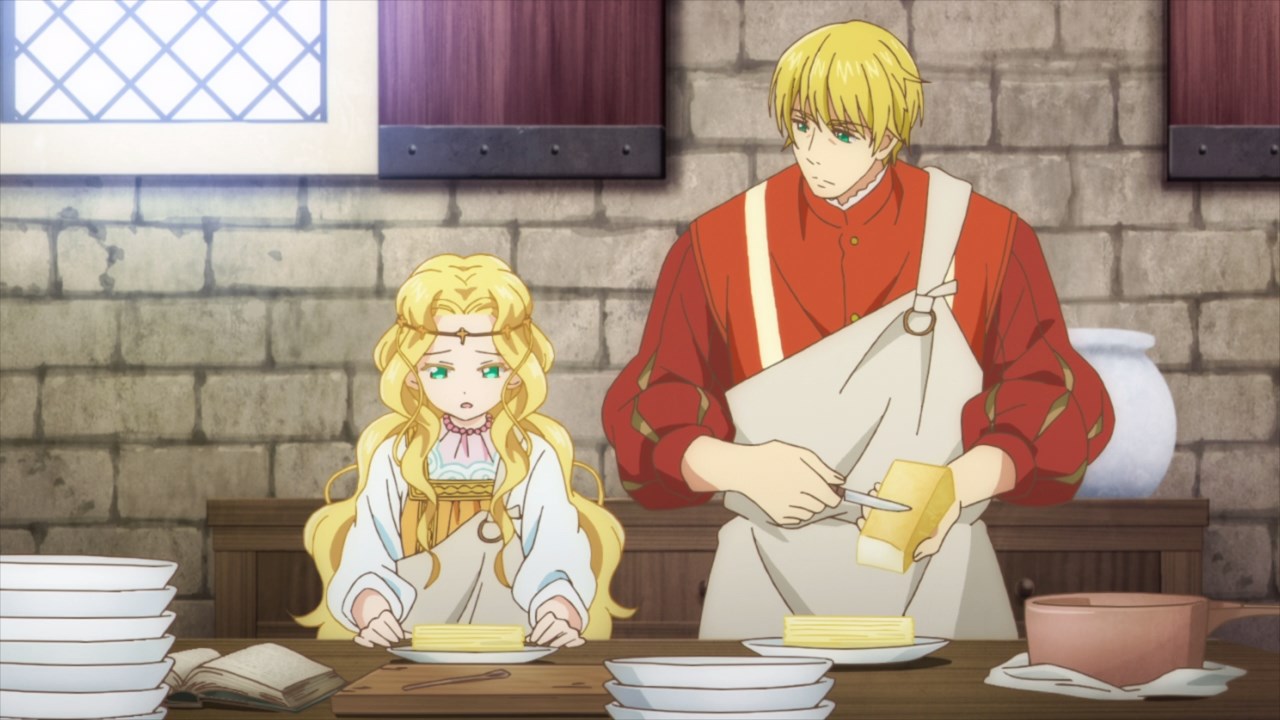 Strangely though, seems that Yuri knows that his niece has an interest in cuisine. Well, Venetian cuisine as Catalina went to the kitchen to help the cooks on making delicious food.

But you know what, I think it’s time for Catalina to open her heart out to Arte now that the tutor has finally learned her secret. 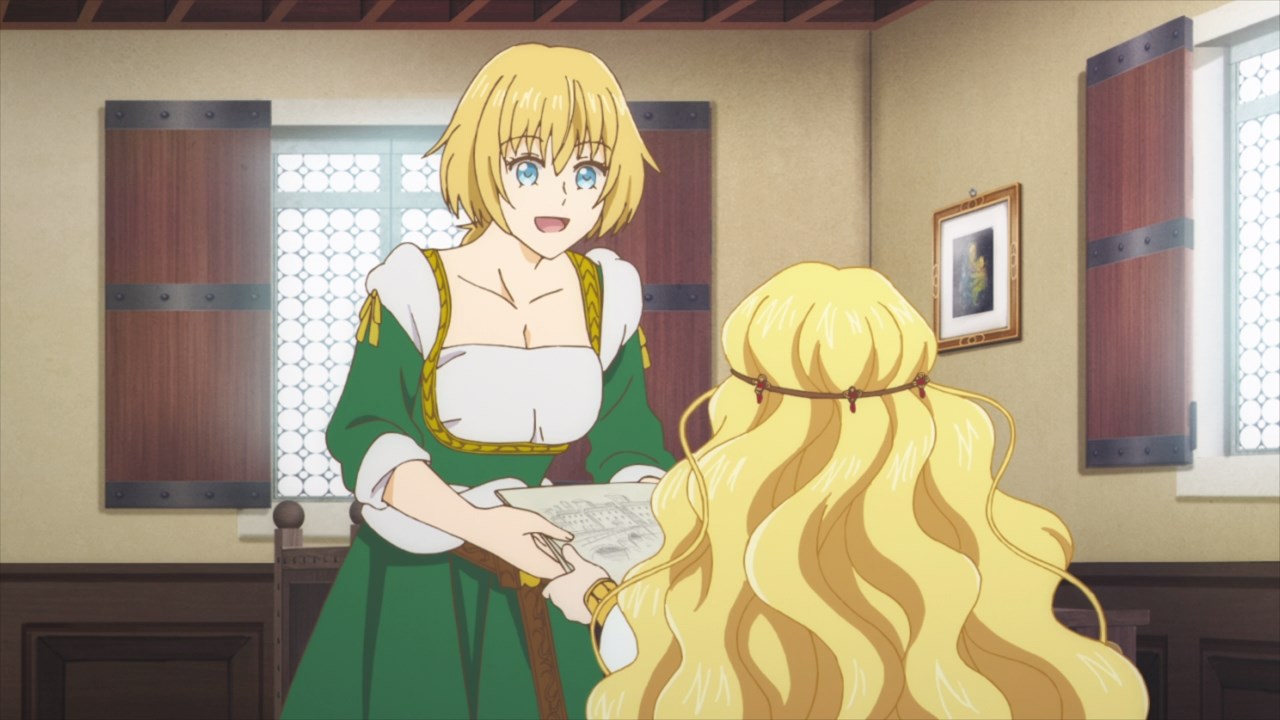 Of course, Arte will want to share her dreams as an artisan to Catalina because they share the same struggles such as being accepted by everyone. Heck, she even share her sketches to Catalina. 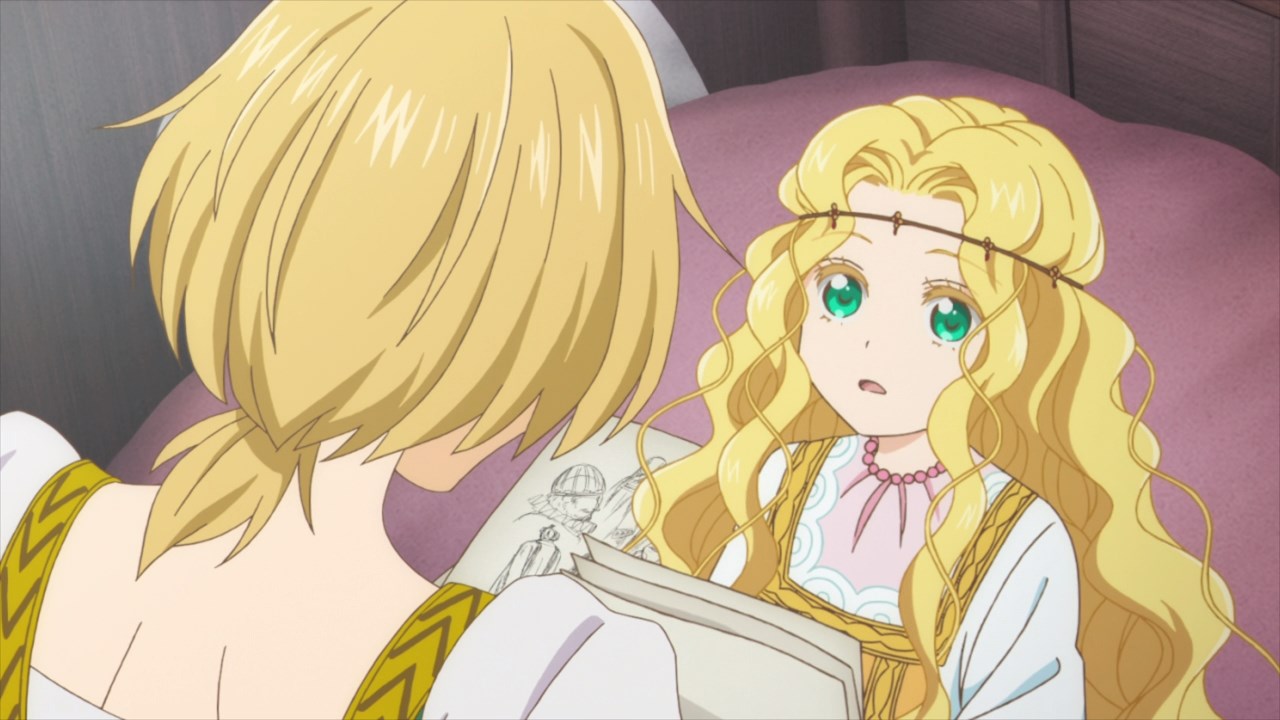 In any case, looks like we got some progress here now that Catalina is starting to open up towards Arte instead of sleeping all day. Still, Arte has a long way to go in order to make Catalina into a proper lady, while at the same time convincing her parents that their daughter wants to become a cook someday.

Anyways, I’ll see you next time and let’s hope that Arte’s trip in Venice is worth it!