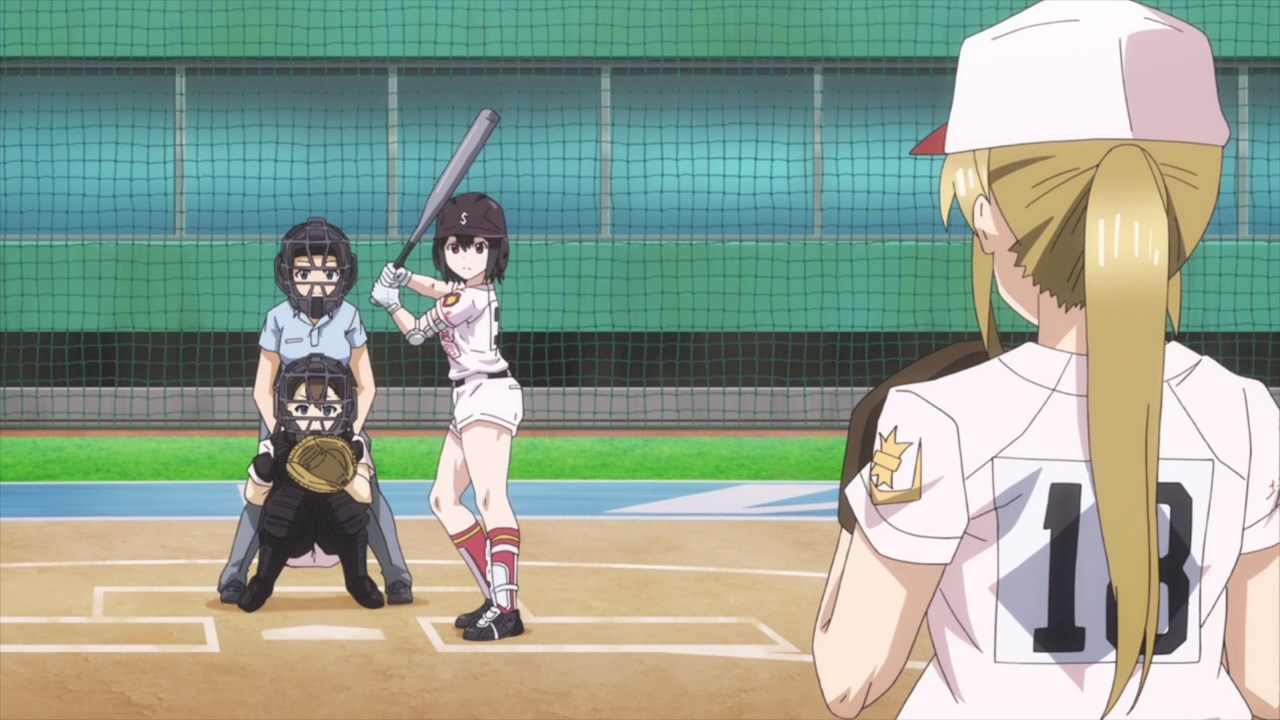 Well everyone, this is the biggest game of their lives as Shin Koshigaya High School will take on Ryoyukan High School.

Anyways, let’s start the episode with Tamaki Yamazaki as she’ll be the lead-off batter. 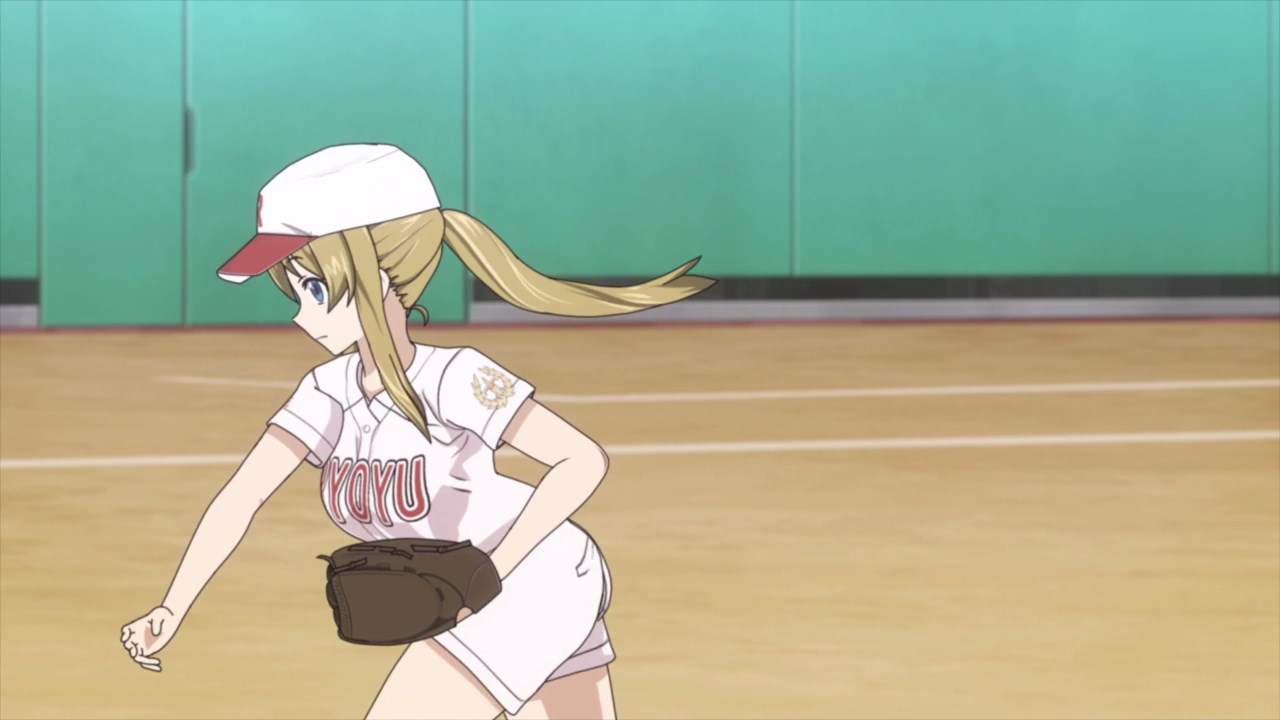 And here’s Kazumi Yoshikawa where she won’t have any mercy on striking her former teammate out of the batter’s box. 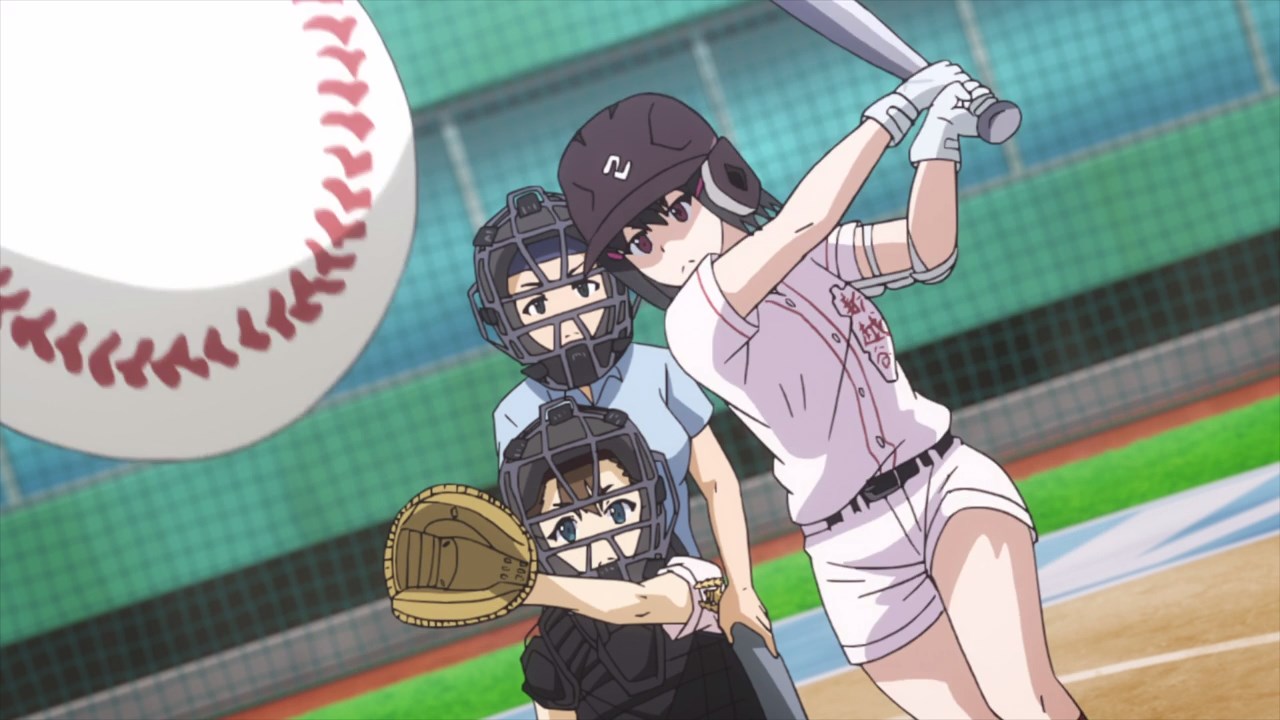 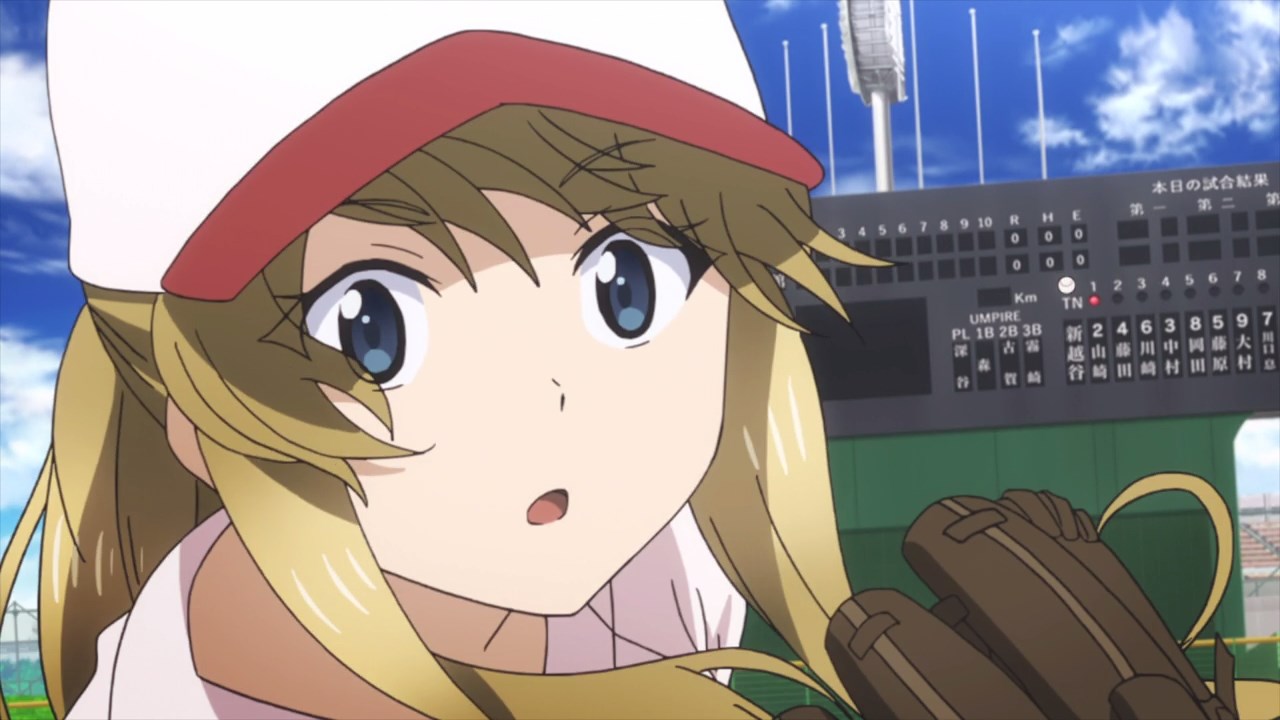 However, Yamazaki is not scared of her pitches as she hit the ball and went past Yoshikawa to score a base hit. 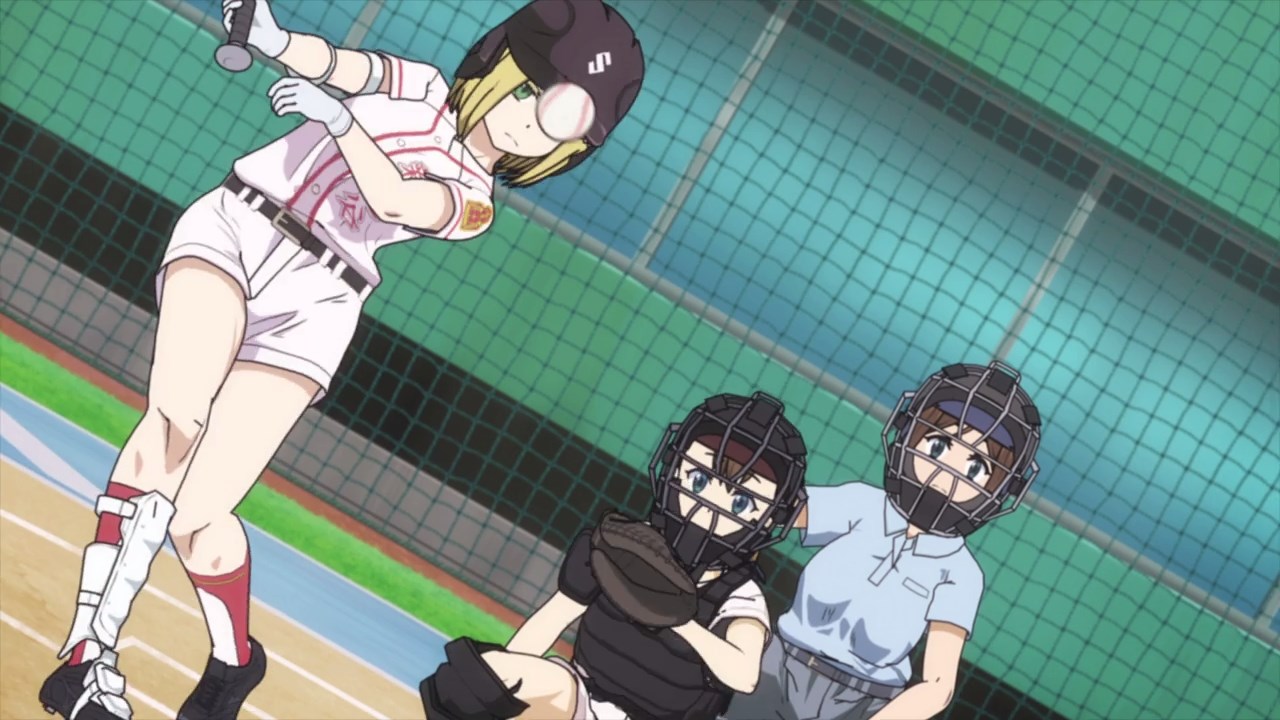 This gives Shin Koshigaya the opportunity to score a run in the 1st inning as Nozomi Nakamura hits the ball towards center field. 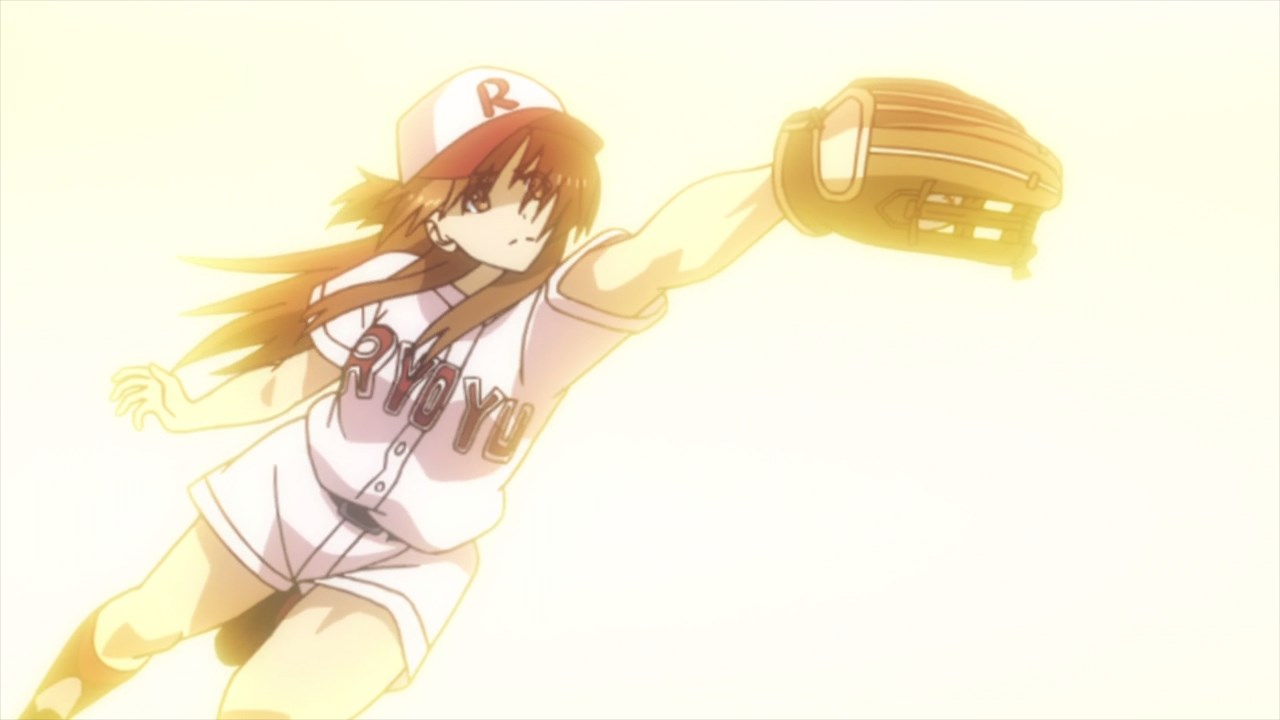 Unfortunately, Nakamura’s pop fly to center was caught by Shirai, meaning that she missed her chance to score a run. 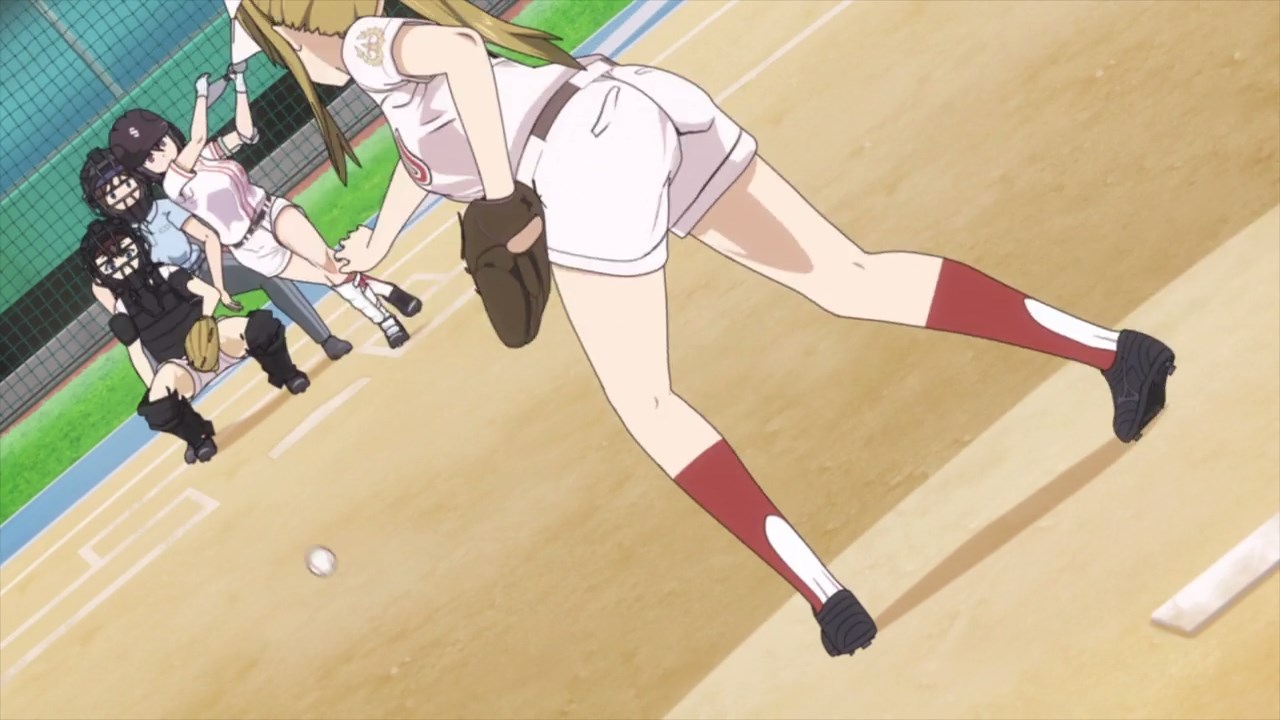 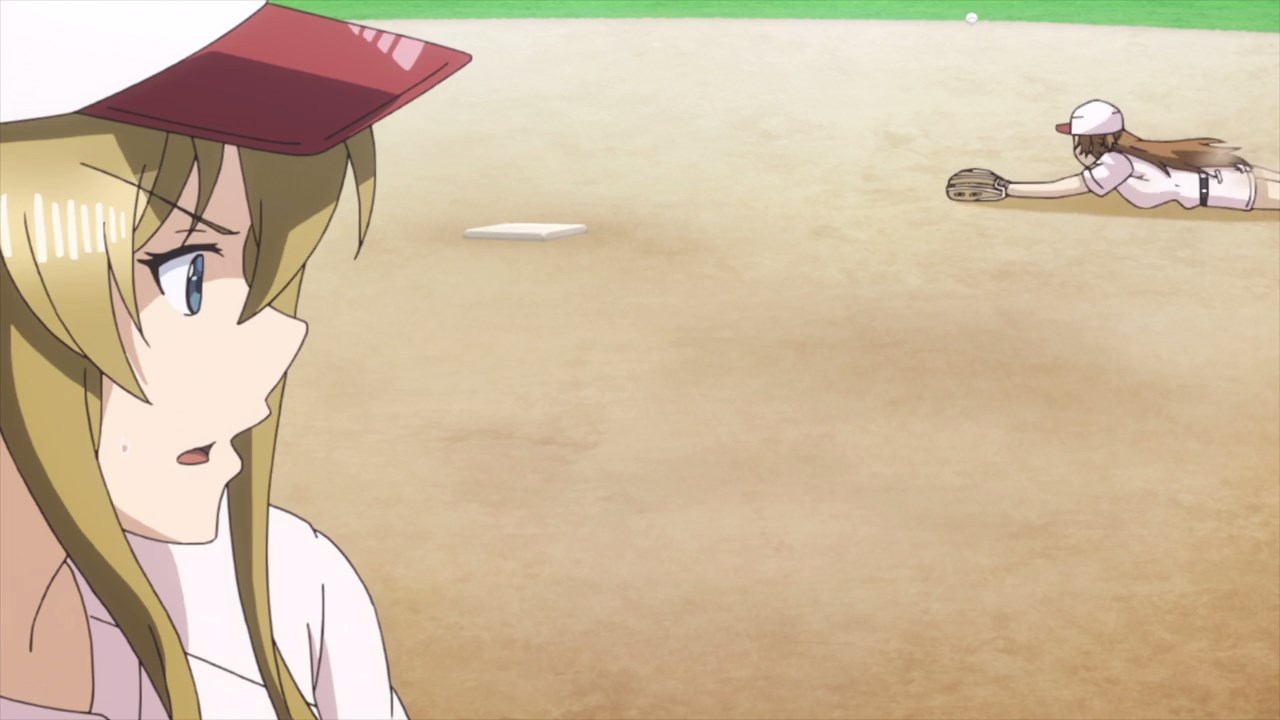 Fortunately, there’s some hope as Rei Okada scored an RBI, meaning that Shin Koshigaya is now in the lead with a single run. Of course, the only thing that I’m worried about is the bottom of the 1st inning. 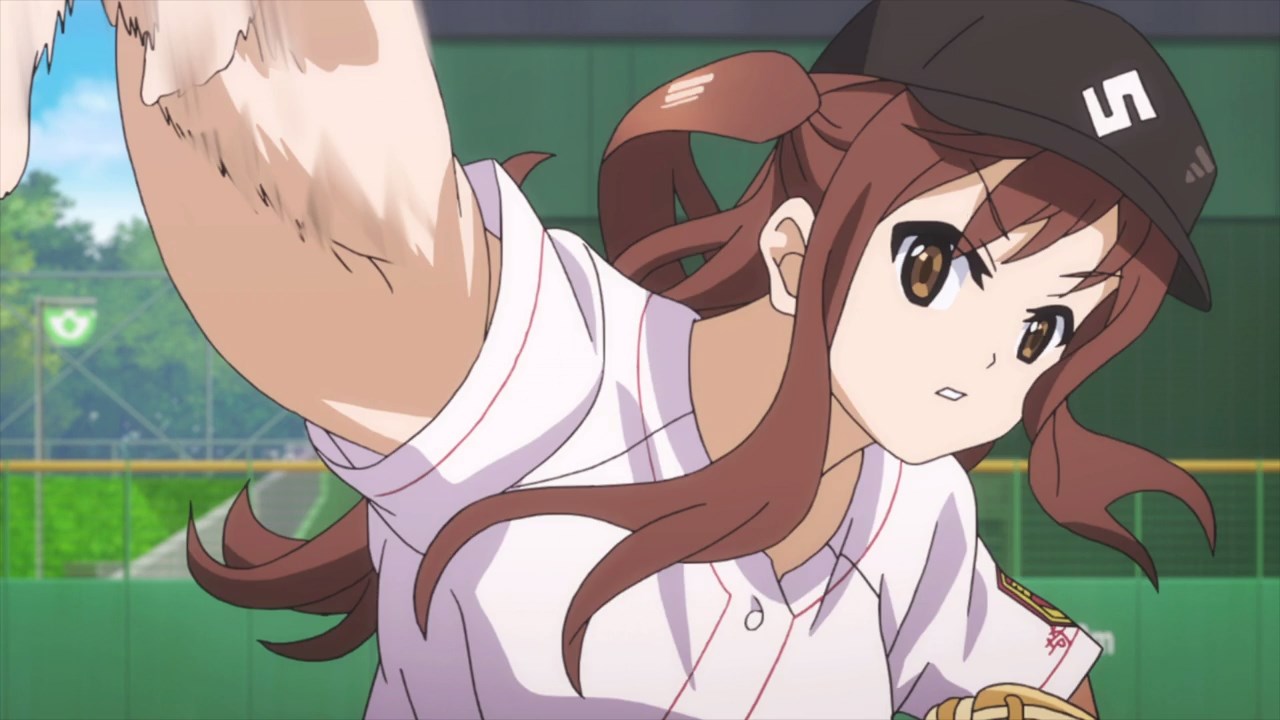 Anyways, here’s Yomi Takeda where she’s the starting pitcher on the second round. Gotta say that Shin Koshigaya did a good job hiding her abilities leading up to the game against Ryoyukan. 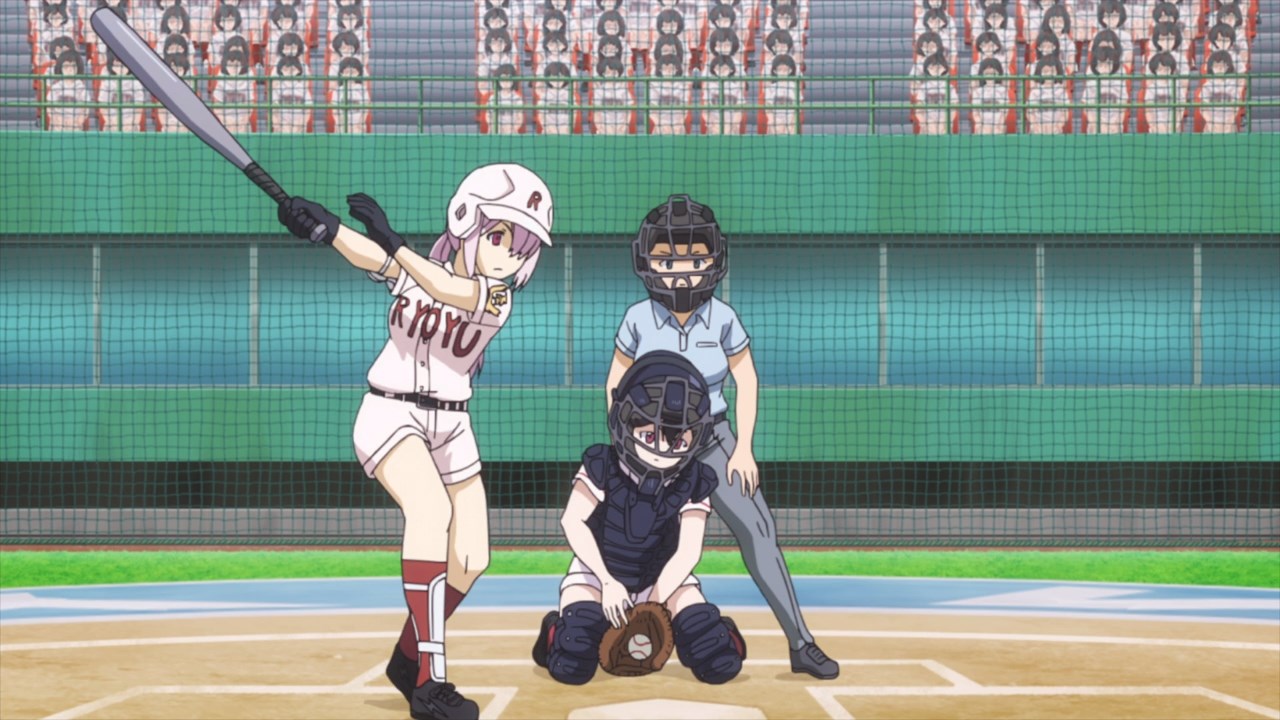 Heck, she even struck out one of the Ryoyukan batters named You. With that said, Takeda is doing great so far but she needs to end the inning as soon as possible. 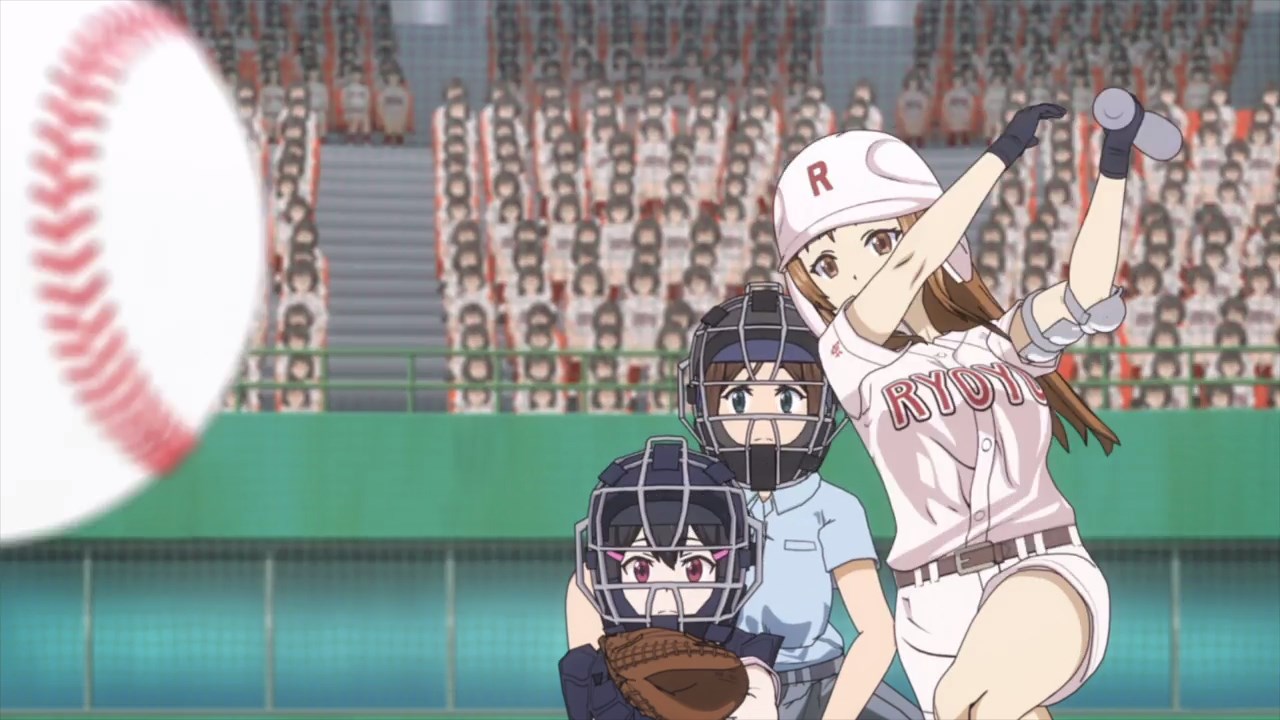 But, it appears that Takeda got bested by the likes of Shirai as Yomi couldn’t strike this batter out with her special pitch. 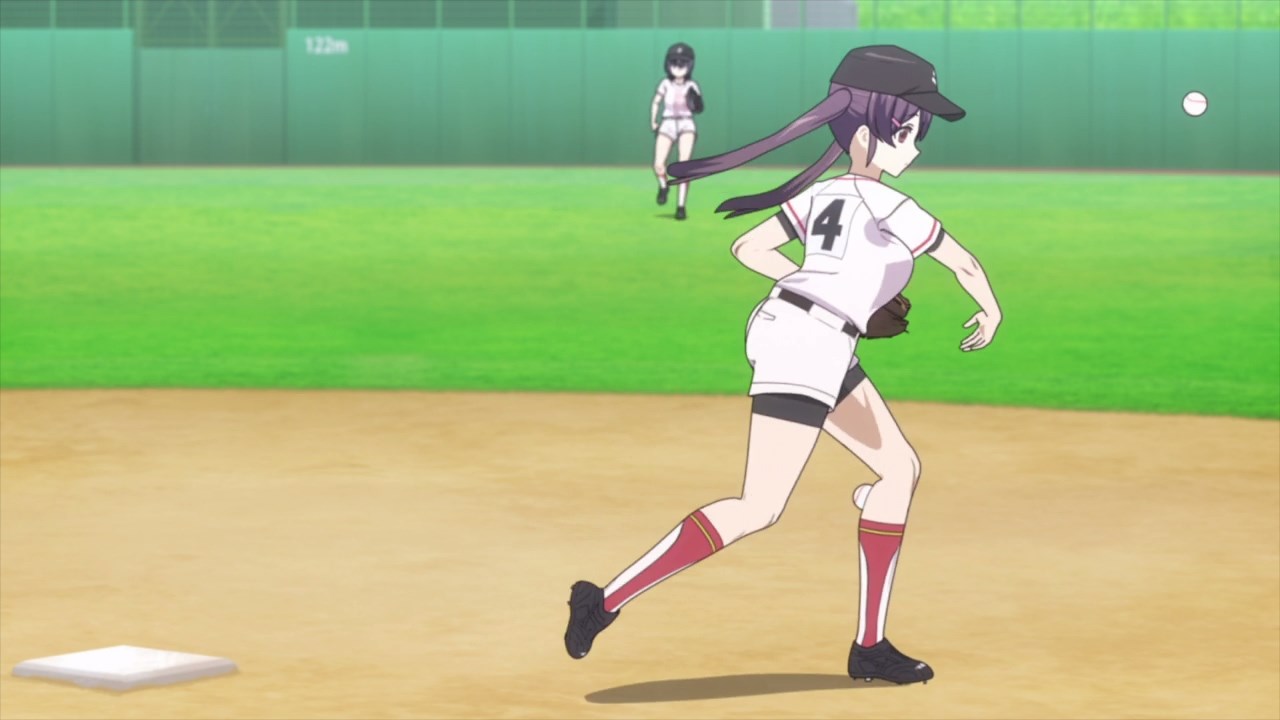 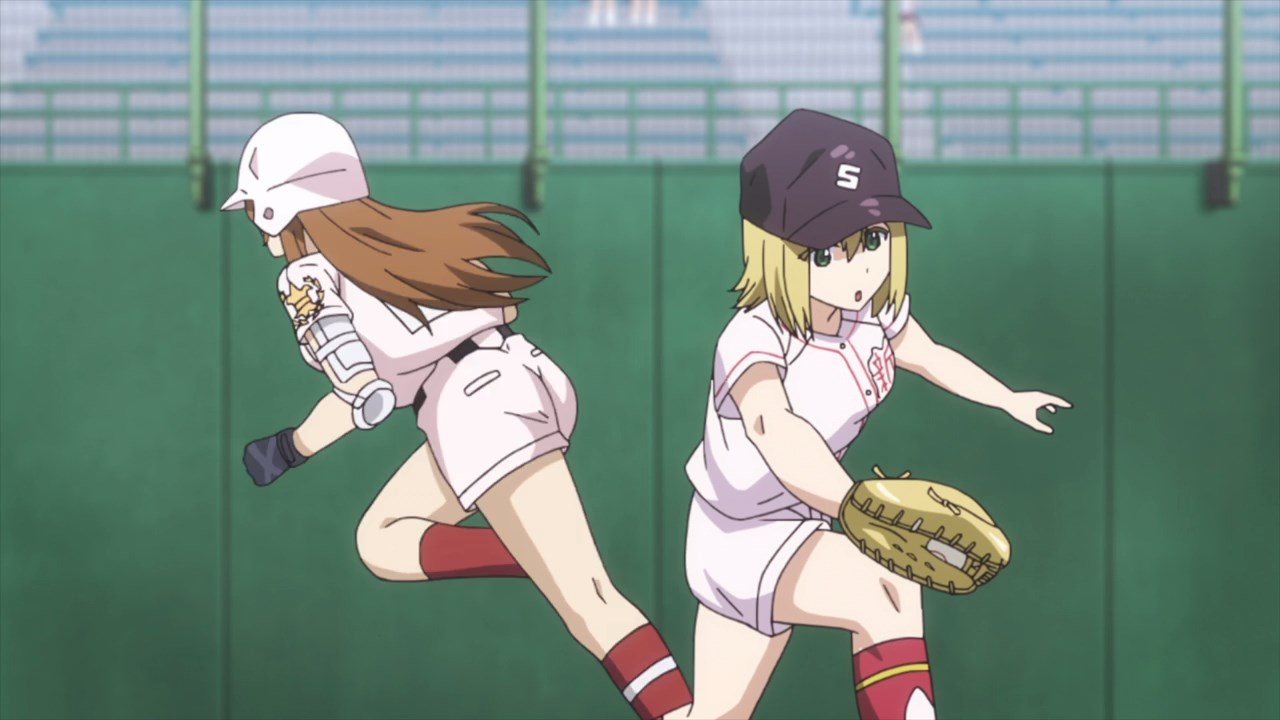 Not only that, but Shirai is a fast runner too as she went to first base quickly before Nozomi Nakamura catch the ball from Sumire Fujita. 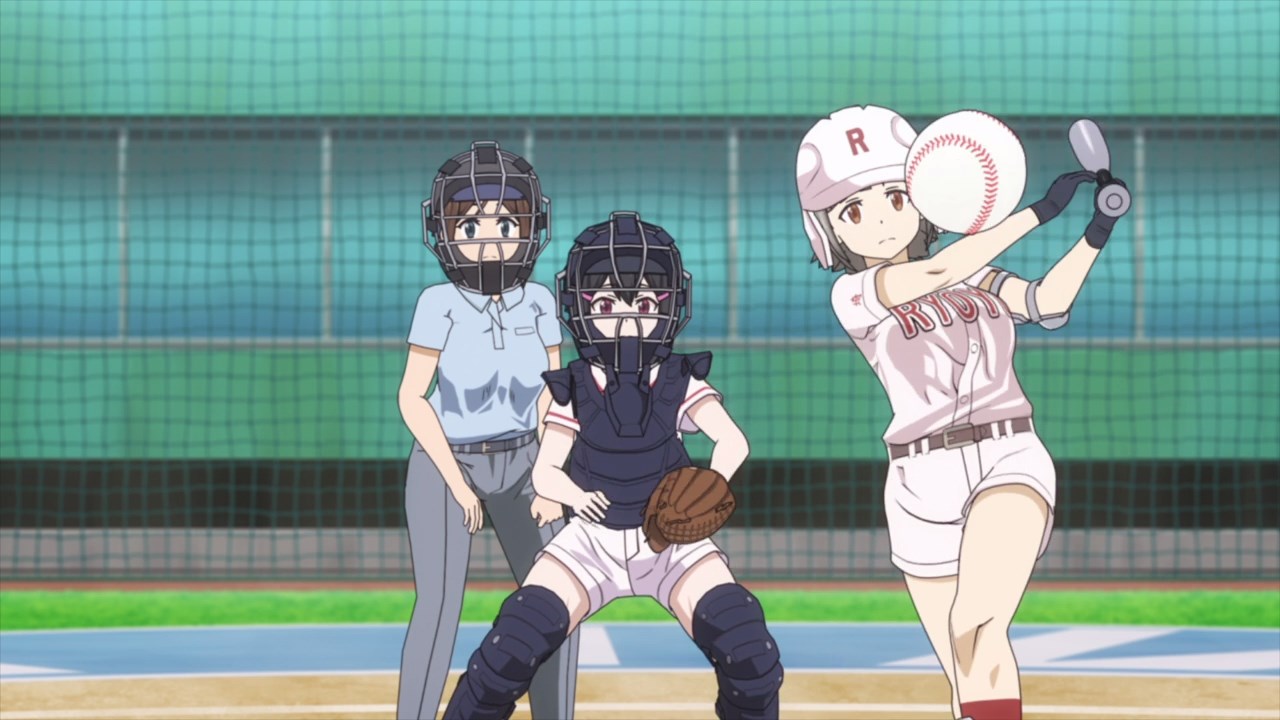 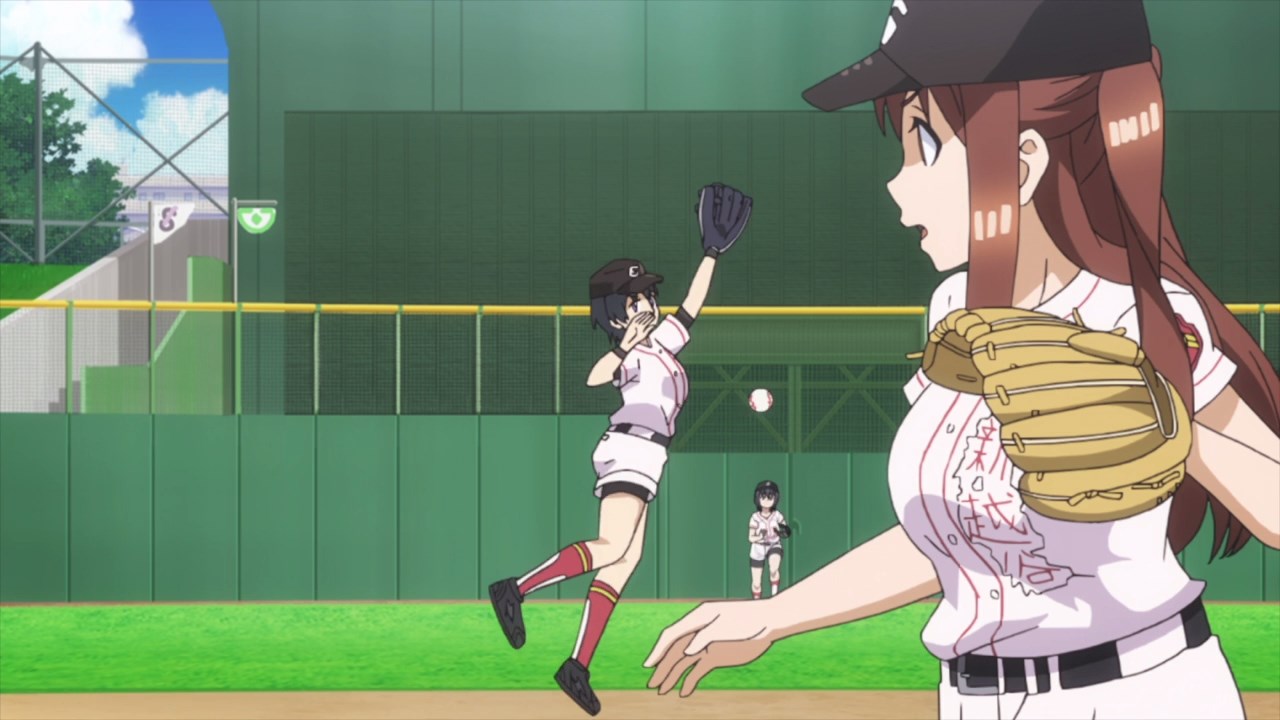 There’s more misery from Shin Koshigaya High School as their faulty defense has let Ryoyukan High School to score a run. With that said, both teams are tied with one runs a piece. 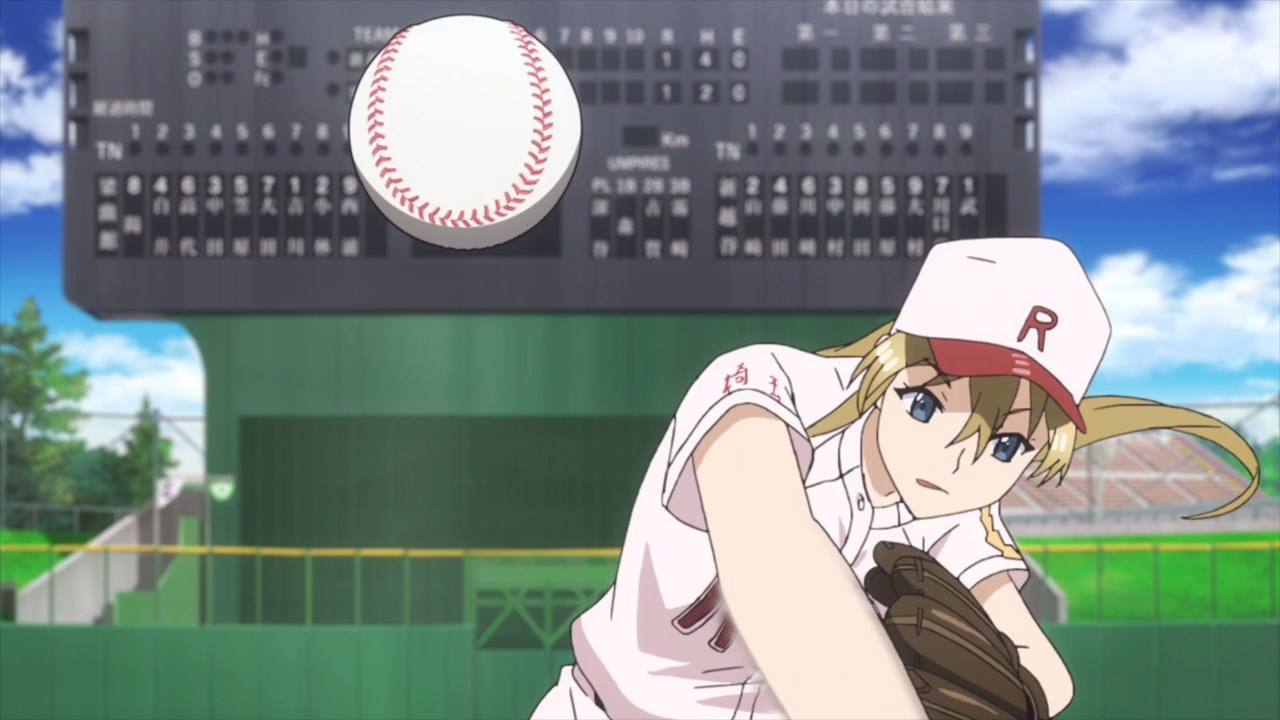 But let’s move onto the 2nd inning where Shin Koshigaya tries to score another run, but Ryoyukan’s defense is very tough that scoring a base hit from Kazumi Yoshikawa would be a difficult task. 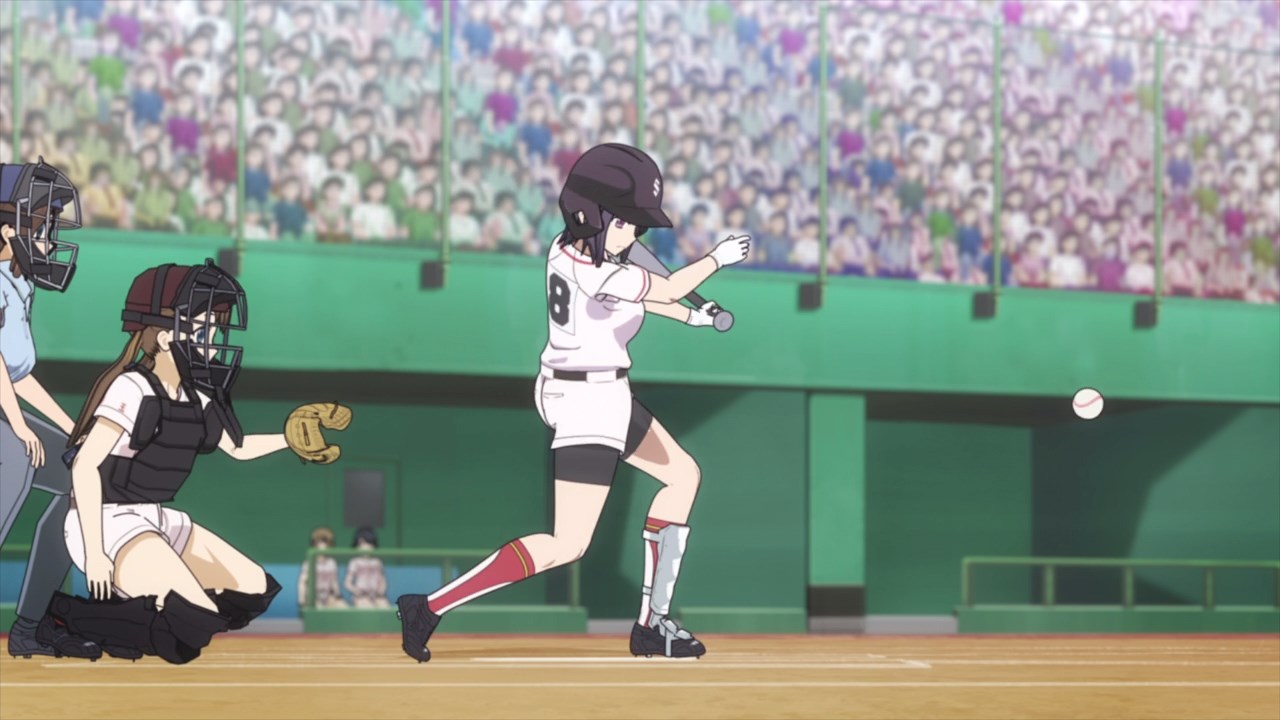 Anyways, here’s Rei Okada as she tries to score a base hit. Both Nozomi Nakamura and Ryo Kawasaki are in second and first base respectively, so Rei will have to make an RBI to take a lead against Ryoyukan. 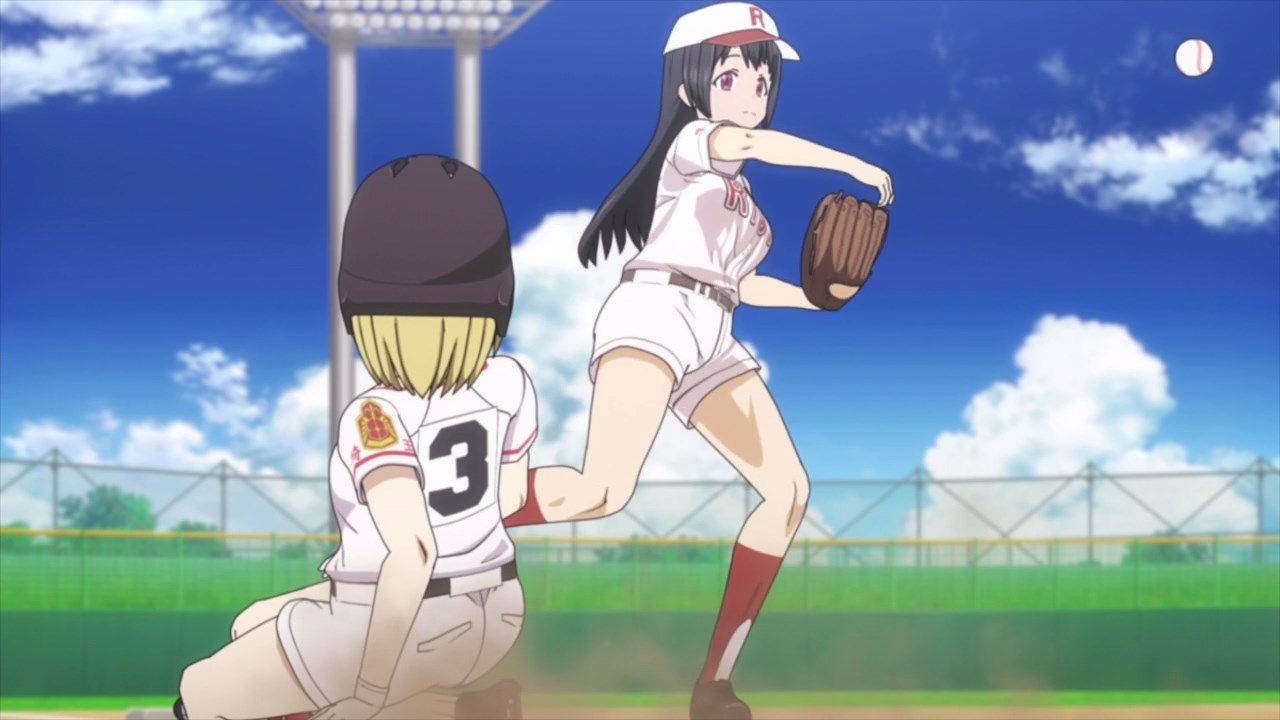 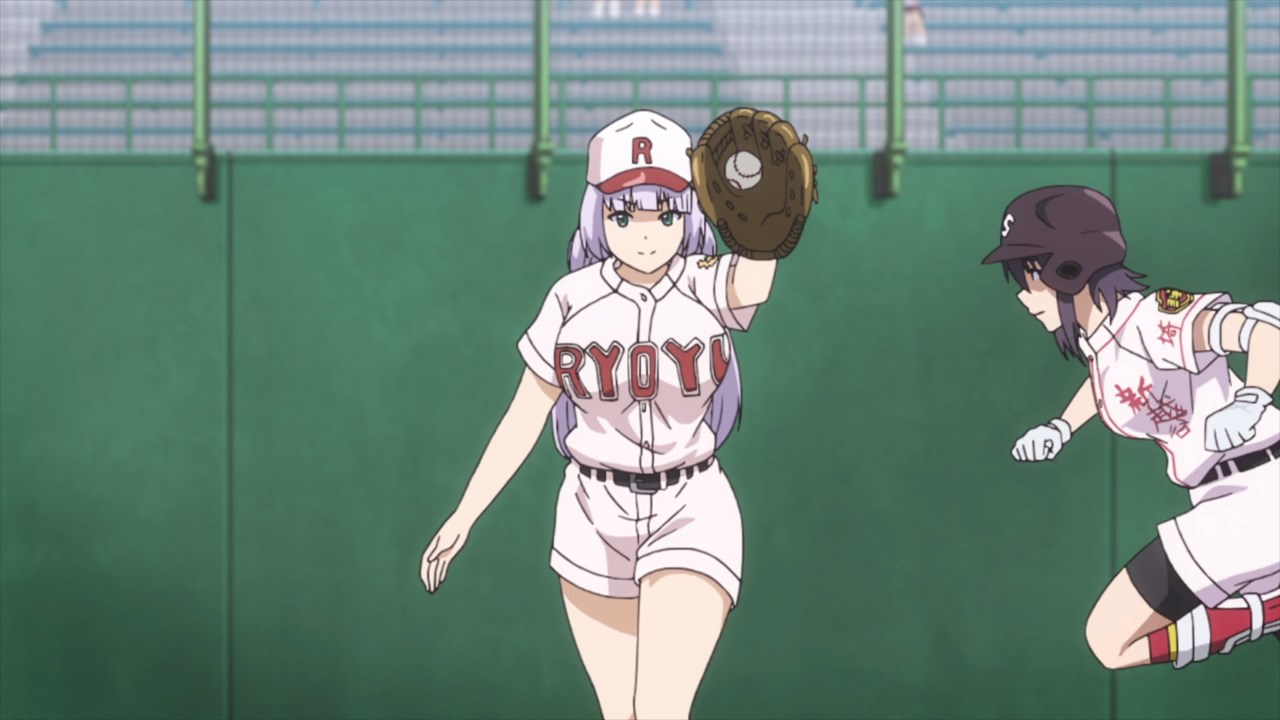 But, it seems that Ryoyukan High School made a double play as the tag both Nakamura and Kawasaki out. And so, Shin Koshigaya’s chances of beating Ryoyukan is getting slimmer. 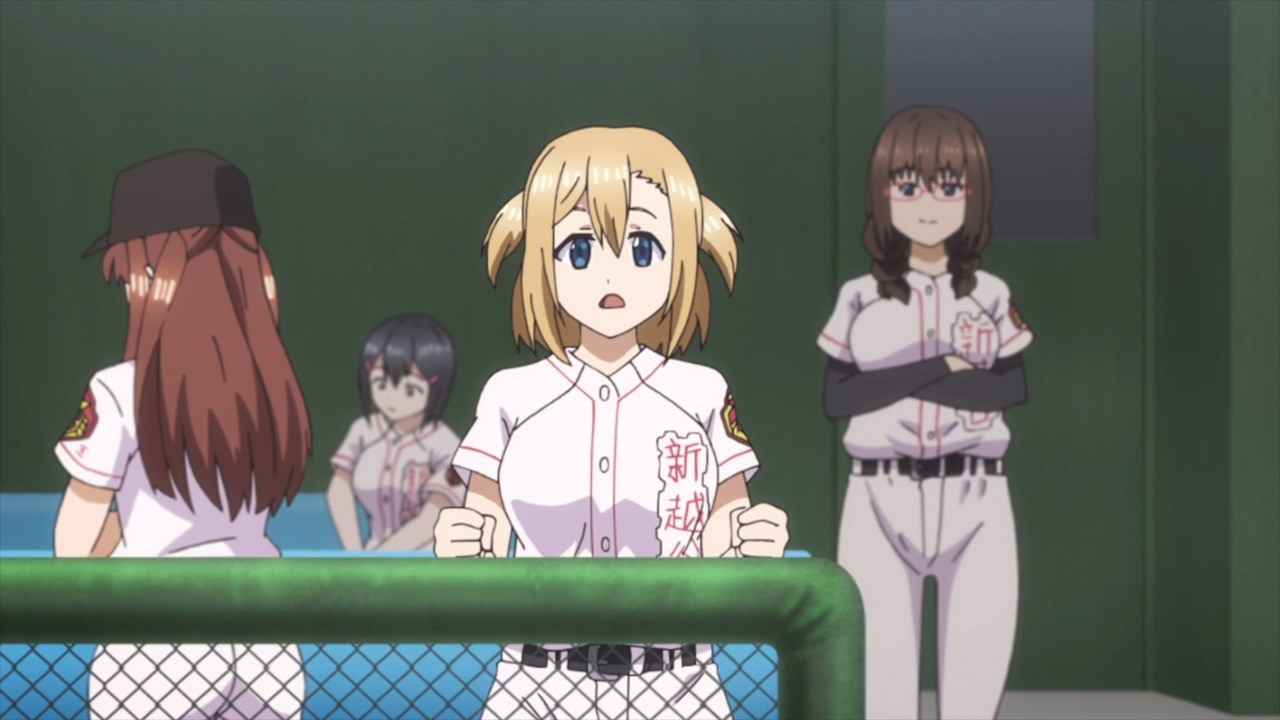 Heck, even Yoshino Kawaguchi’s optimism is gone as she realized that her team might get obliterated by a powerhouse. Still, they haven’t reached the last inning yet.

Anyways, tune in next time for the penultimate episode. Will Shin Koshigaya High School’s girls’ baseball club made a miraculous comeback? Who knows…