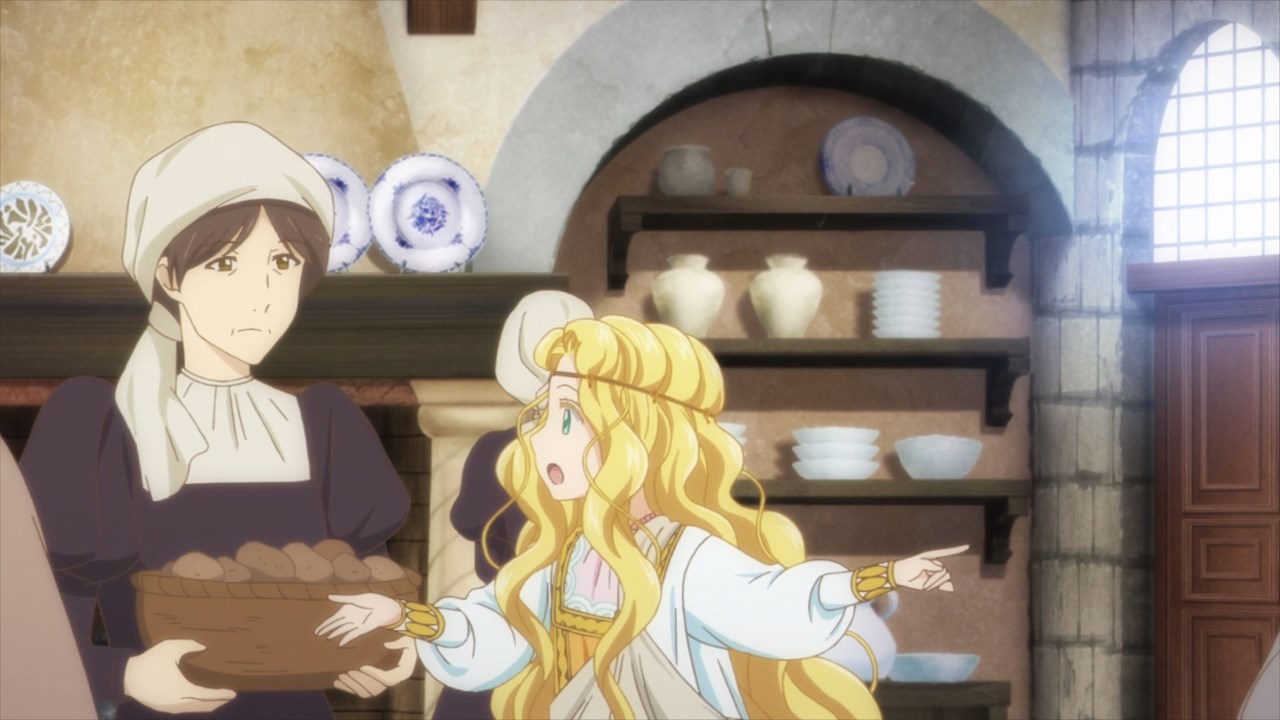 Well everyone, let’s start this episode where Catalina is at her natural habitat, cooking meals together with various commoners as they’re gonna make a feast for this occassion. 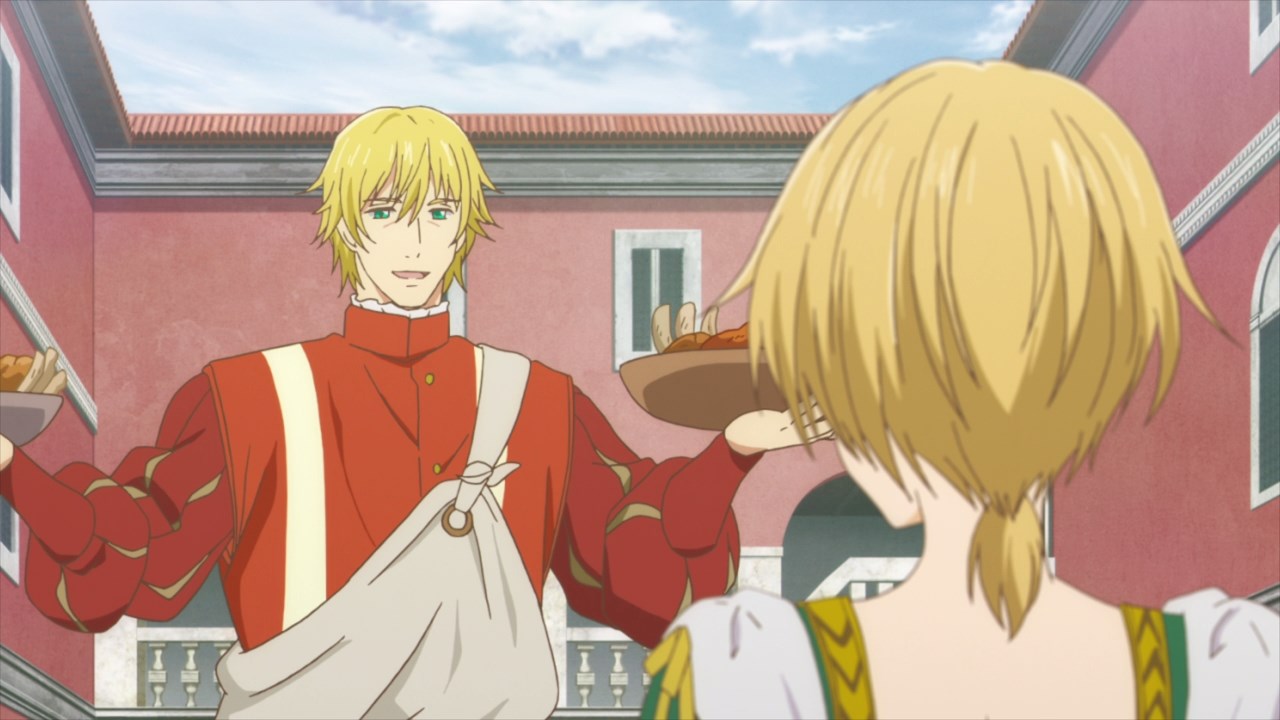 Also, here’s Yuri Falier where he helps Catalina on preparing ingredients and serving the meals to various guests. It’s nice that Yuri is helping Catalina on her dreams. 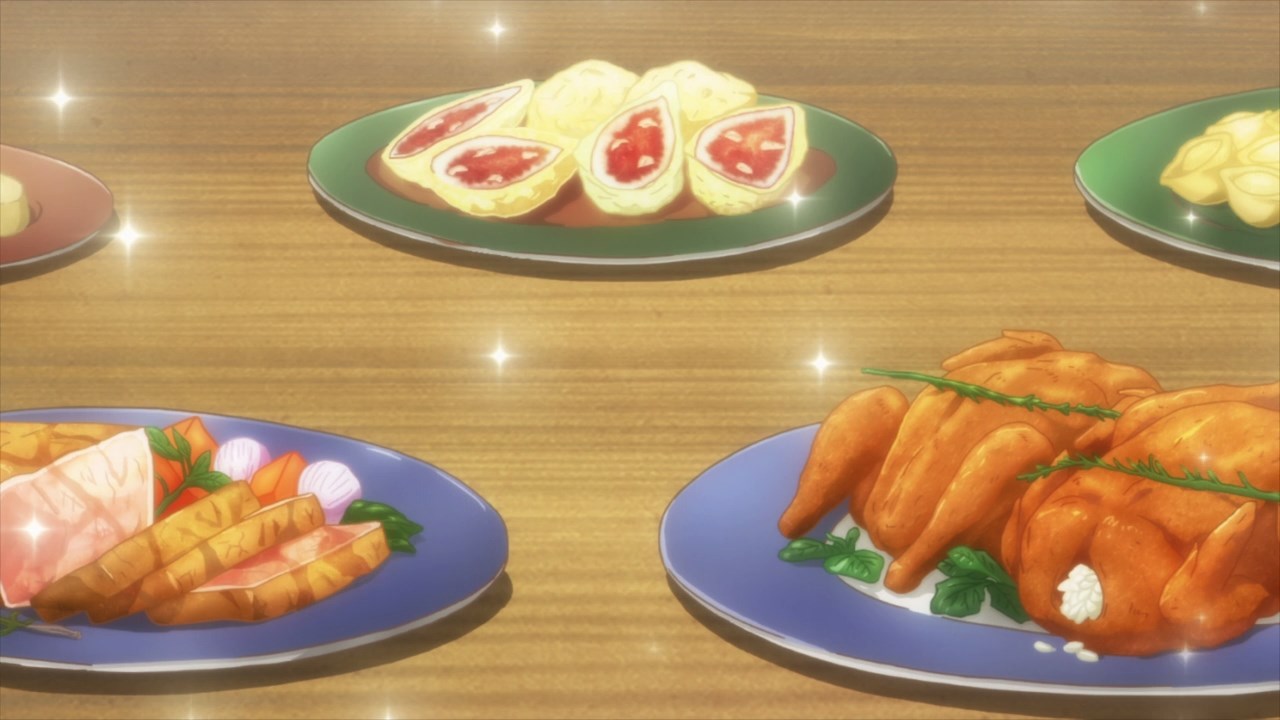 But here it is, a scrumptious Venetian feast for everybody, including Arte. Man, I’m really hungry upon seeing it! 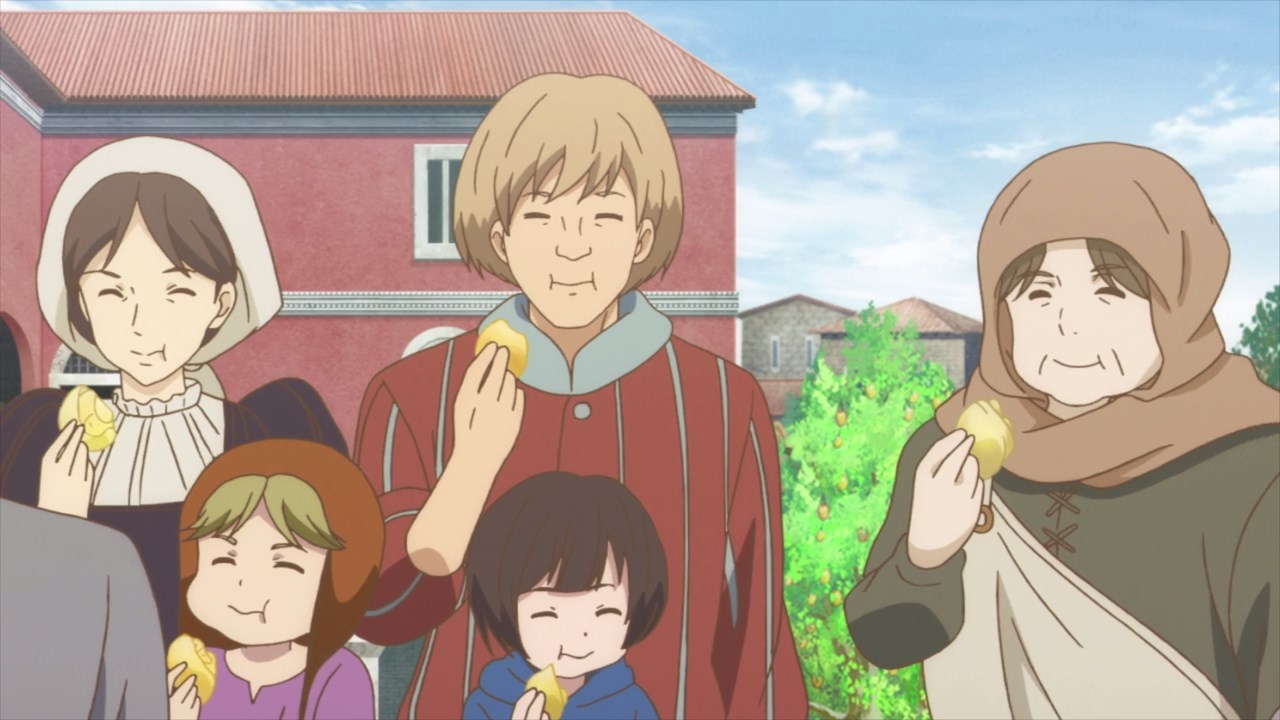 Of course, those who helped on cooking are deserved to have a meal too. I mean, it’s a rare chance for them to eat something that’s truly delicious. 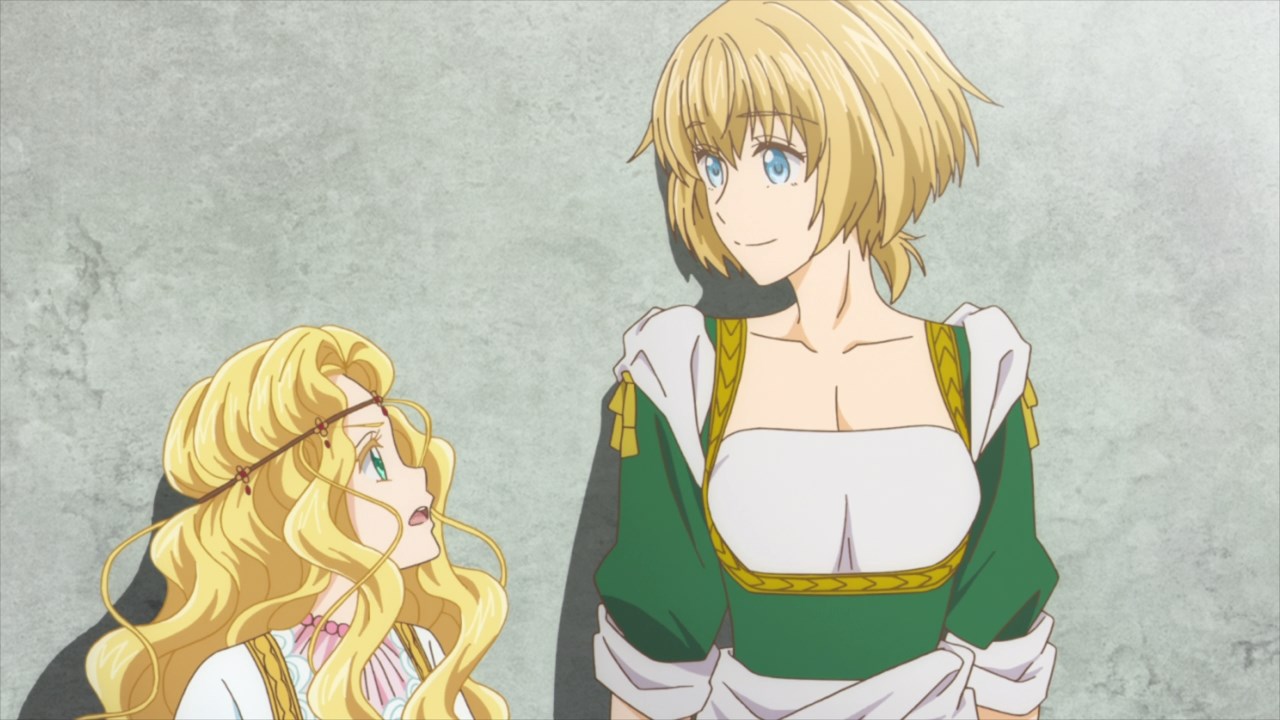 Oh yeah, and here’s Catalina where she explained to Arte on how she started her passion for cooking. And believe me, this story is very humble to say the least. 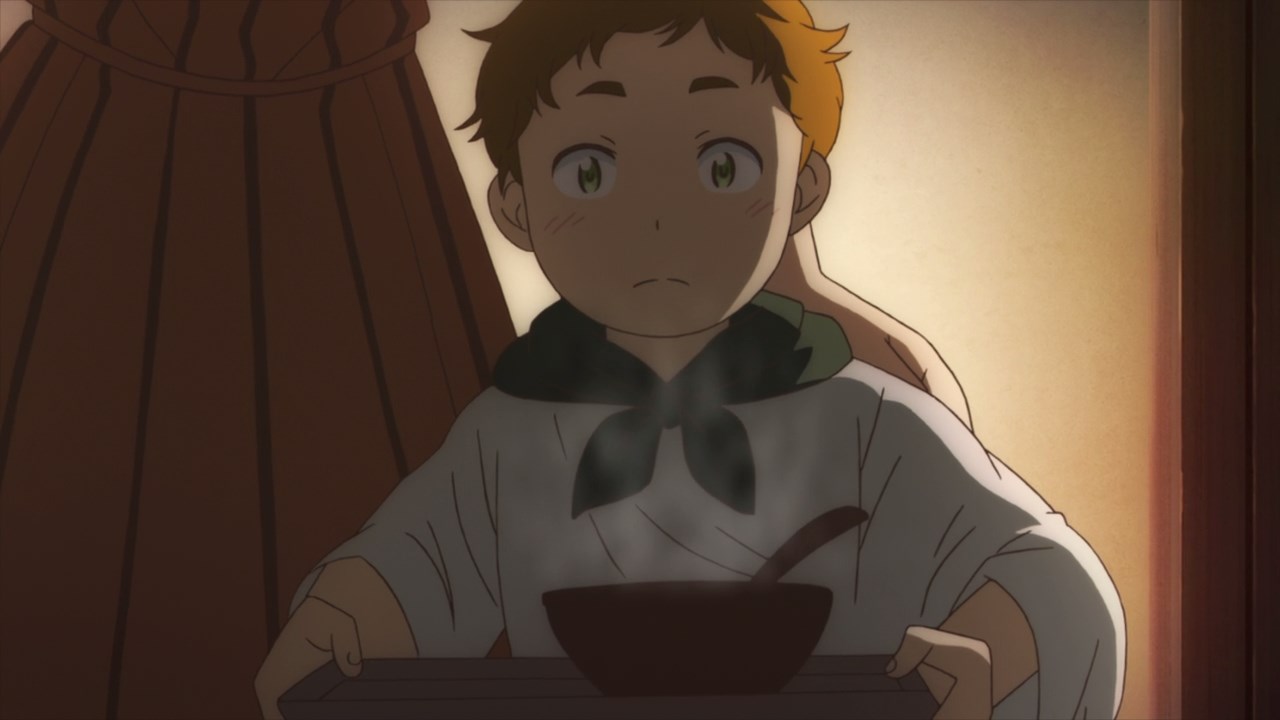 Anyways, turns out that Catalina grew up in the countryside as she’s being taken care of by her surrogate mother Buona and his son Gimo. And here’s Gimo where he serve bread soup to Catalina. 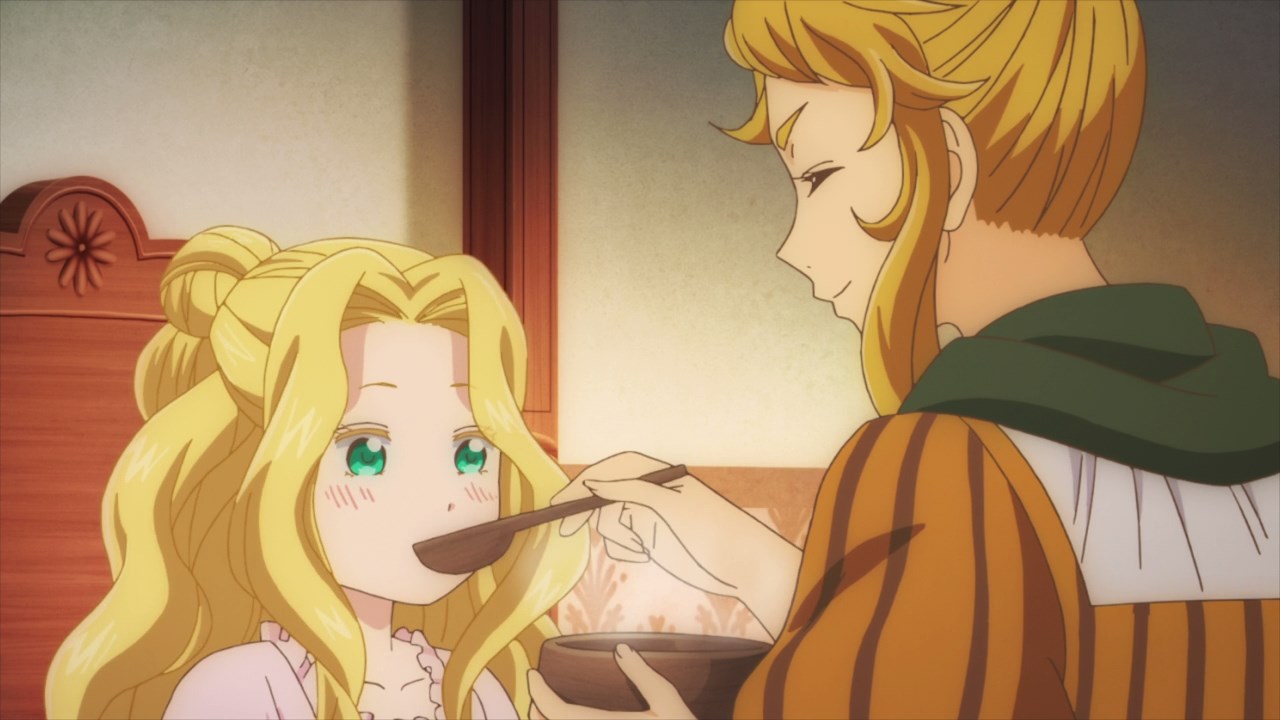 In any case, seems that Catalina is happy with her foster family that she learned how to cook thanks to Buona. However, those good times won’t last long when the Falier family came to take their daughter. 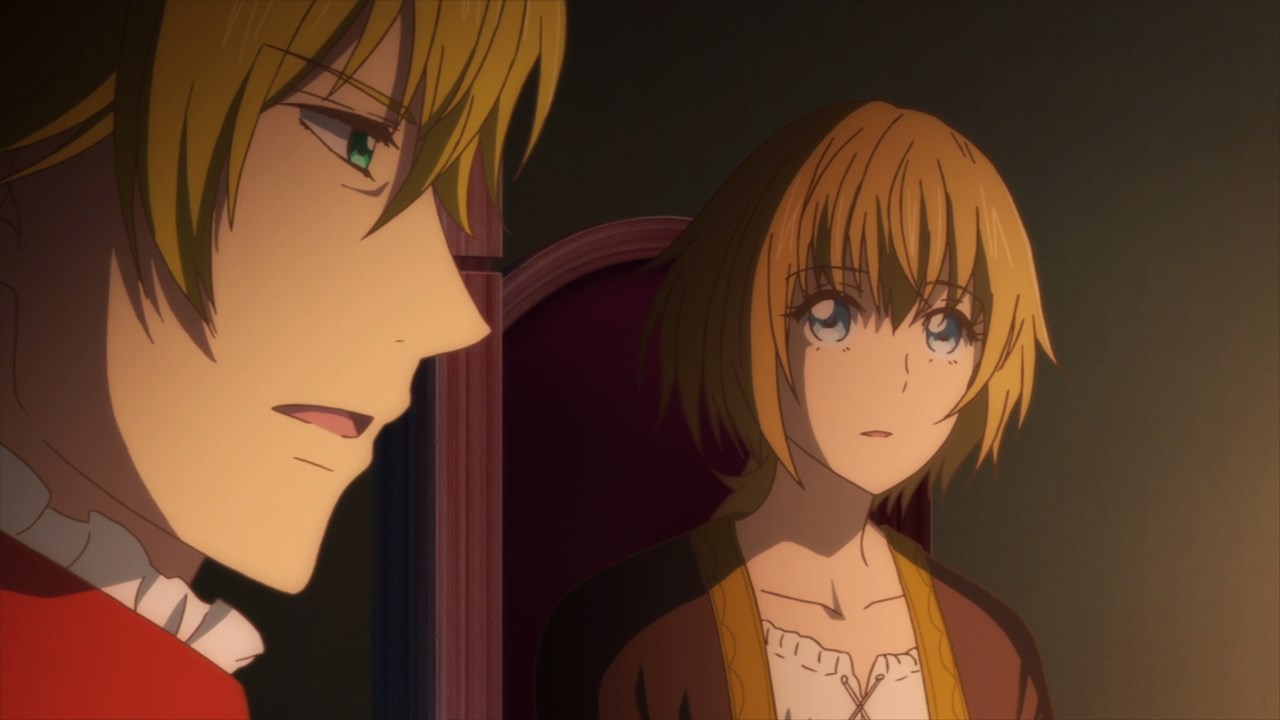 And so, Yuri explained to Arte on what happened to Catalina’s foster family where it’s not easy for Catalina to accept the awful truth. 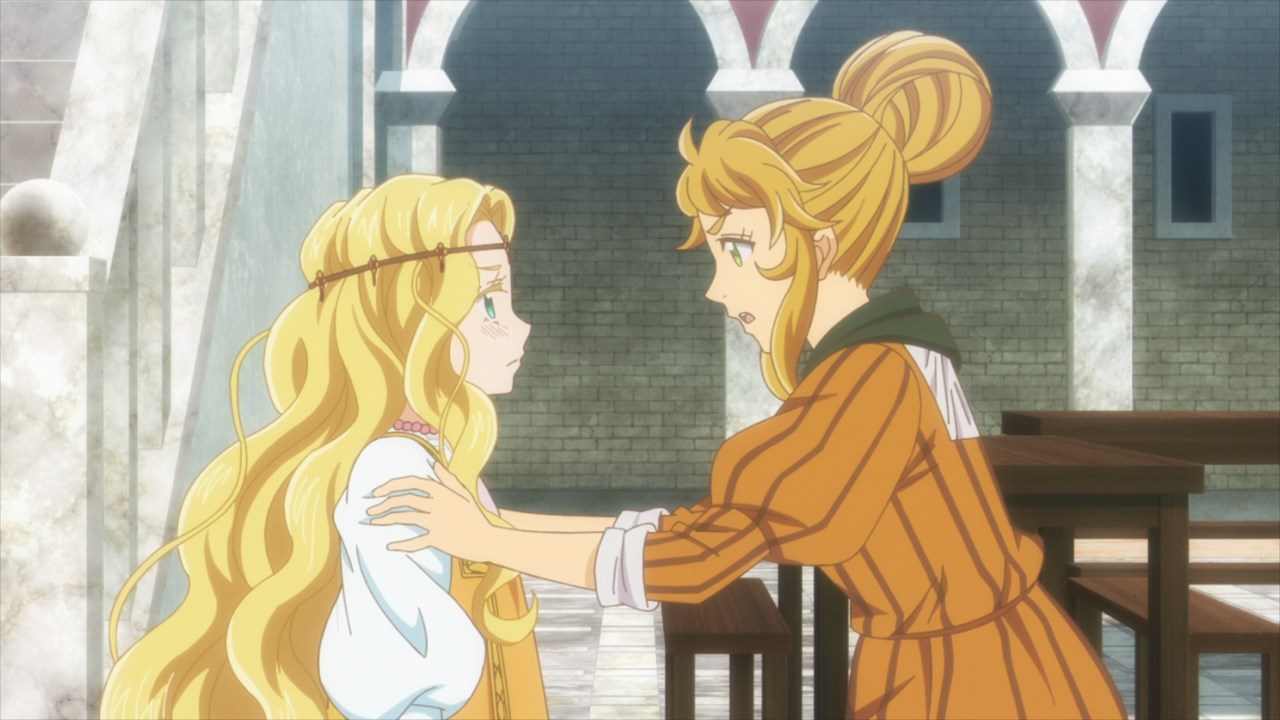 Anyways, Buona told Catalina that they’re not related by blood as she was just a surrogate parent together with Gimo. However, Catalina won’t accept the truth that Sofia was her real mother that she got angry at Buona and left.

And things got worse when Buona got sick and died, while Gimo went to Murano Island where Catalina haven’t heard about him ever since. In any case, it’s a sad ending for Catalina and her foster family. 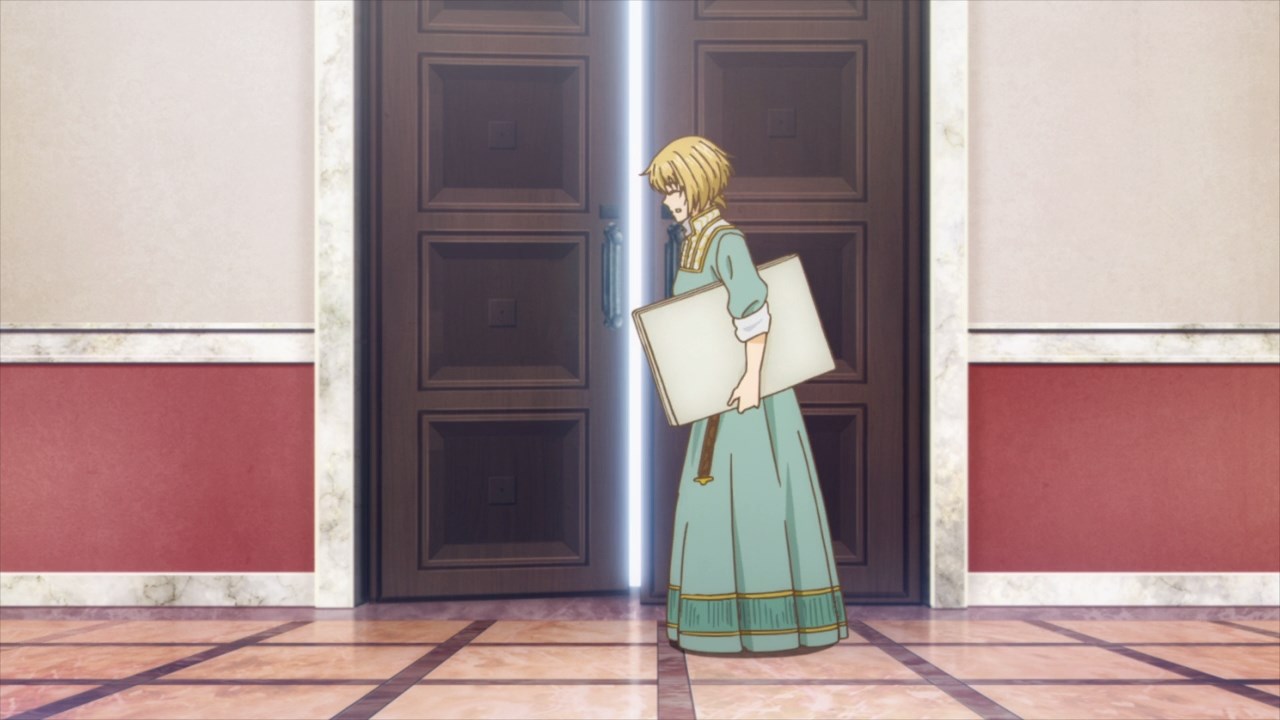 Now then, let’s move onto the next scene where Arte is about to enter Sofia’s room for painting her portrait. 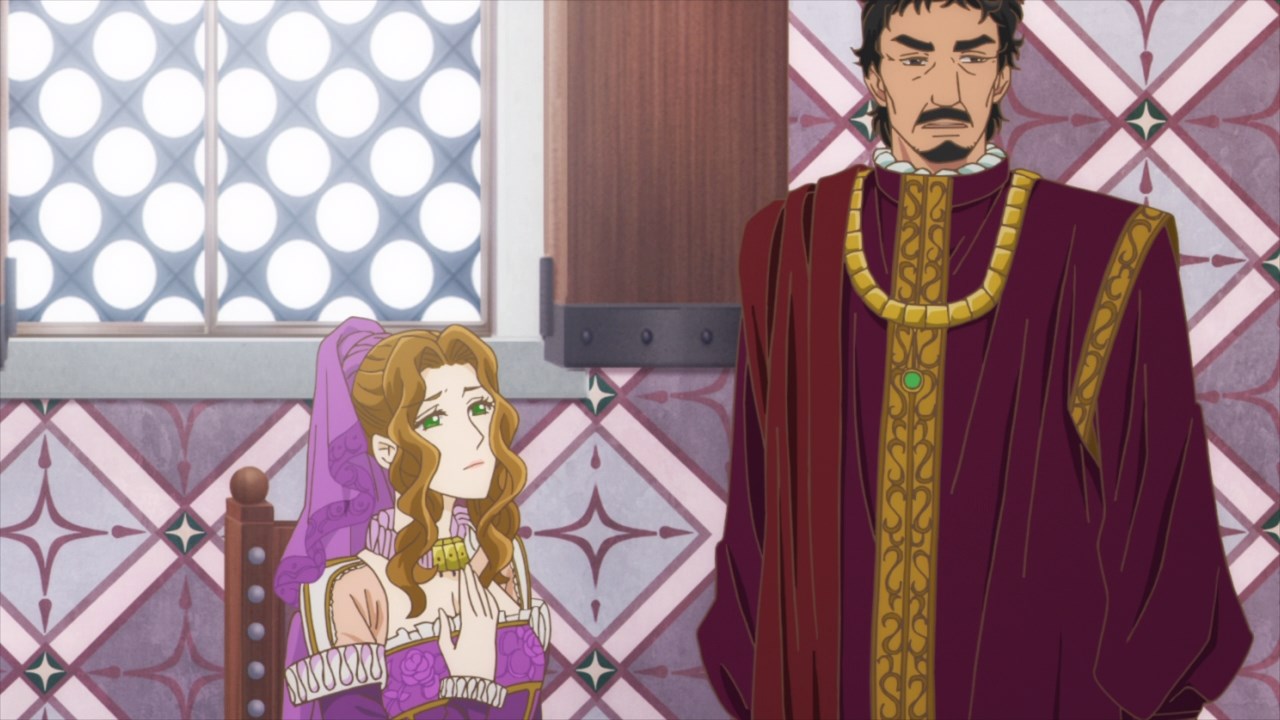 However, Arte saw Malta getting frustrated that there’s no progress coming from Catalina in regards to becoming a proper lady.

Worst of all, the head of the Falier family will have to sent his daughter to a convent if things continue like this, ’cause sending an unrefined daughter to wed a noble would be a waste of money. Man, is Lady Sofia have any say towards her daughter? 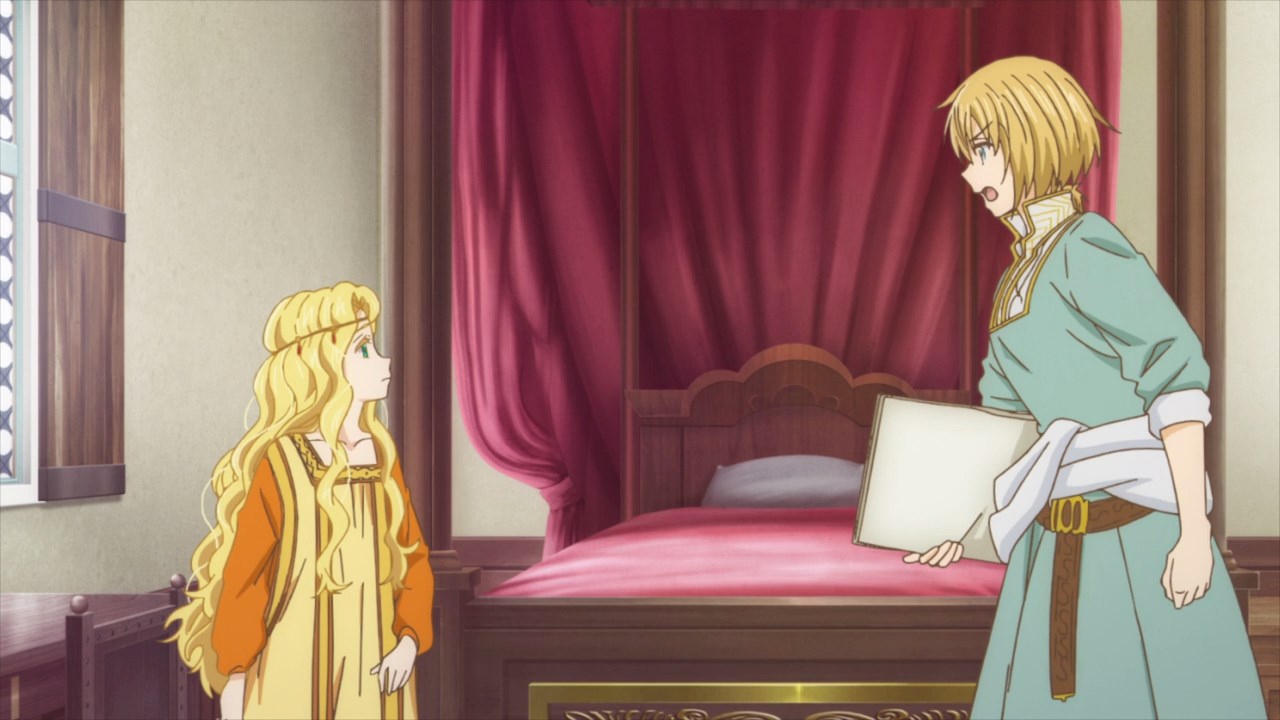 With that said, Arte has decided that she’ll take Catalina to Murano Island in order to find Gimo.

In exchange, Arte will paint Catalina’s portrait too as compensation for travelling on their own, which sounds like a great deal to me. 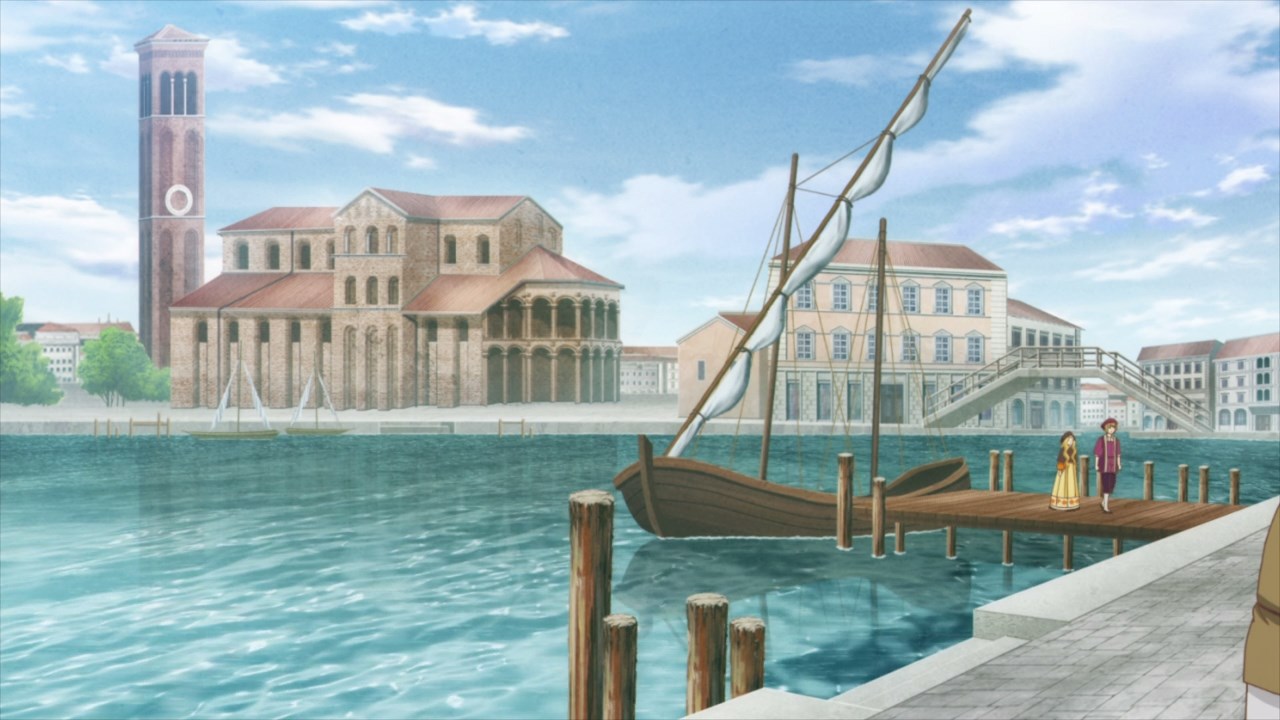 Well then, Arte and Catalina have finally arrived at Murano Island as they began their search on Gimo. Let’s hope that Gimo remembers Catalina. 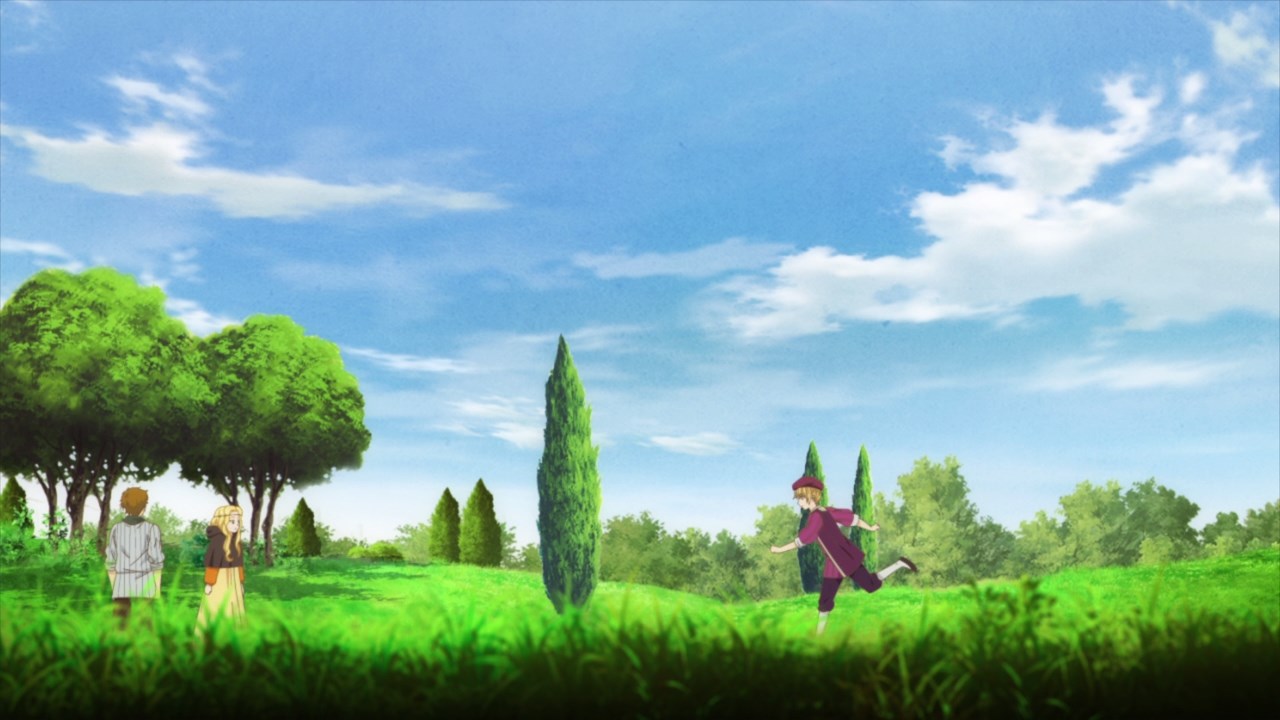 But there he is as Gimo is now talking to Catalina, but it seems that their reunion is somewhat sour. 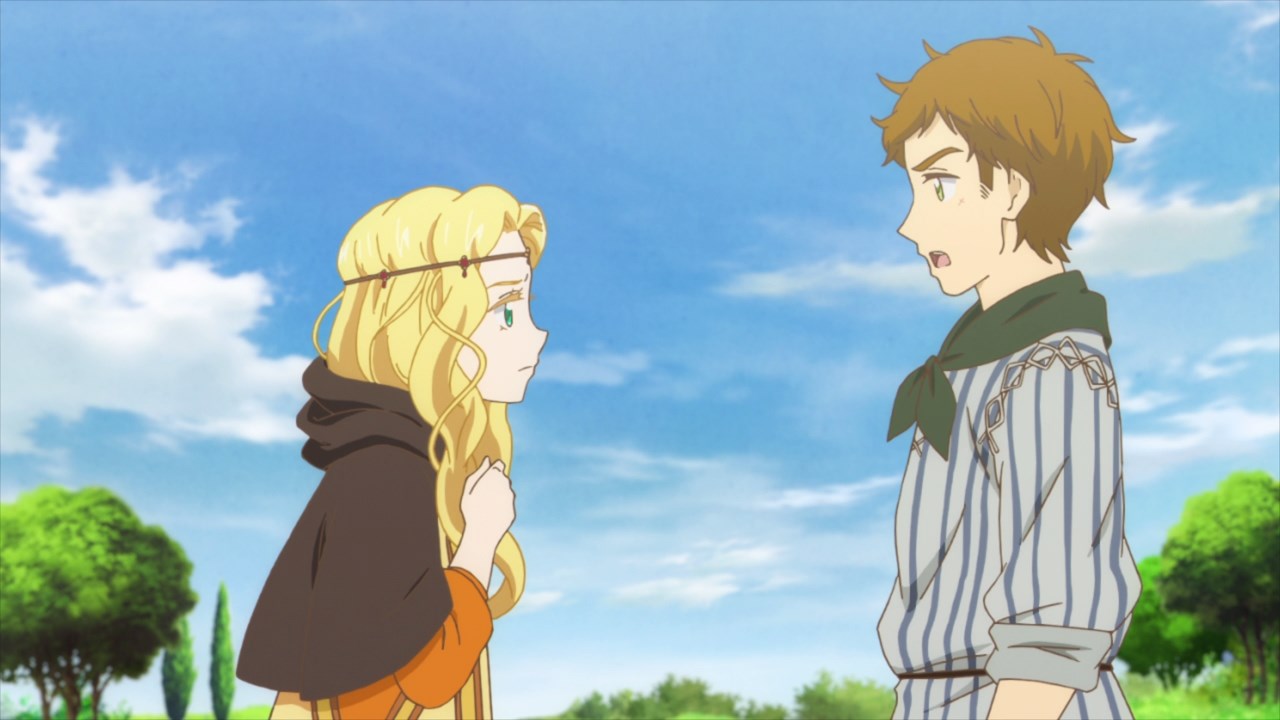 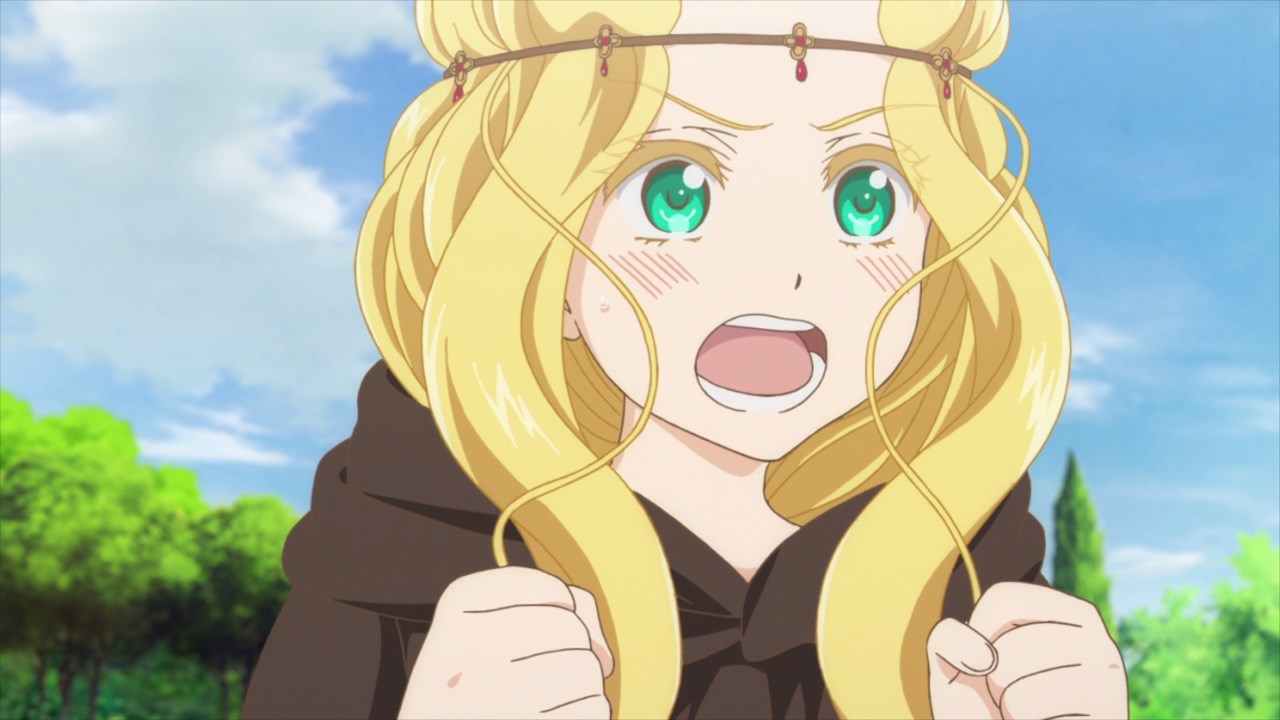 But, Catalina won’t give up as she’ll do anything to regain her bonds with Gimo no matter what. However, I think she’ll need to face her family first before seeing Gimo again. 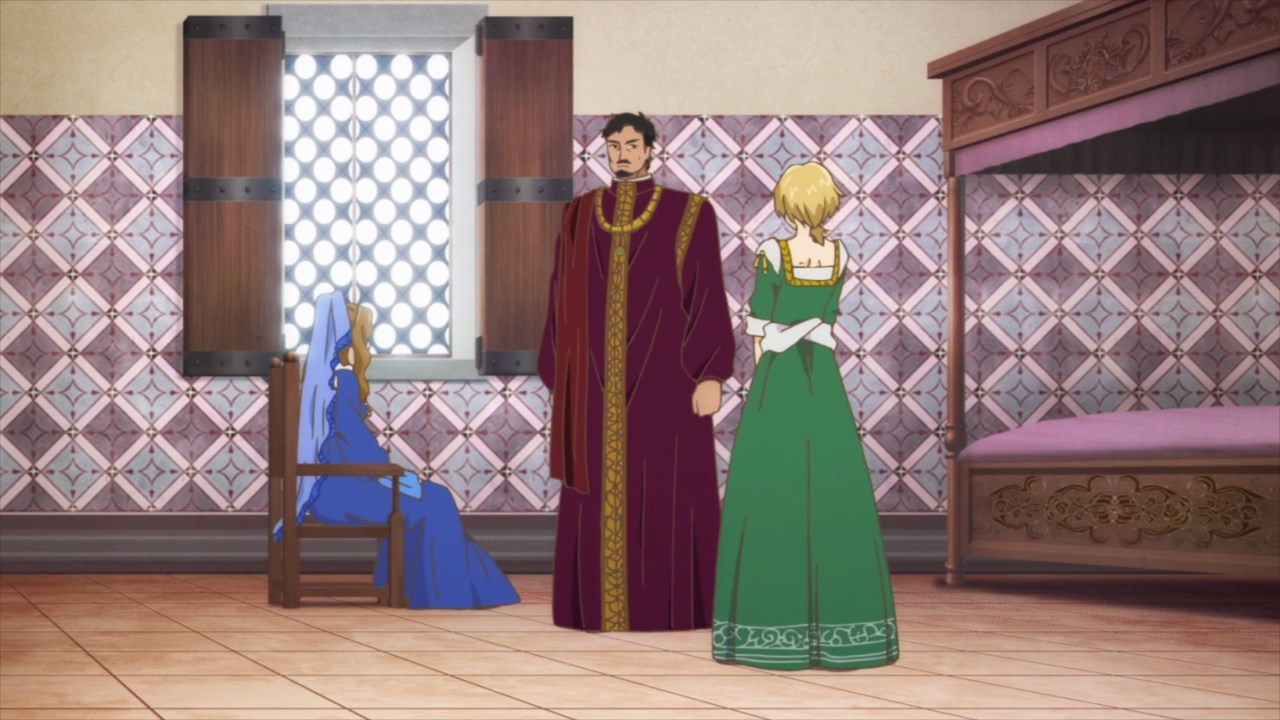 And it’s bad timing too because Lord Malta had enough of Catalina’s procrastinations that he decided to dismiss Arte without giving her severance pay. Man, that was very harsh from the head of the Falier household! 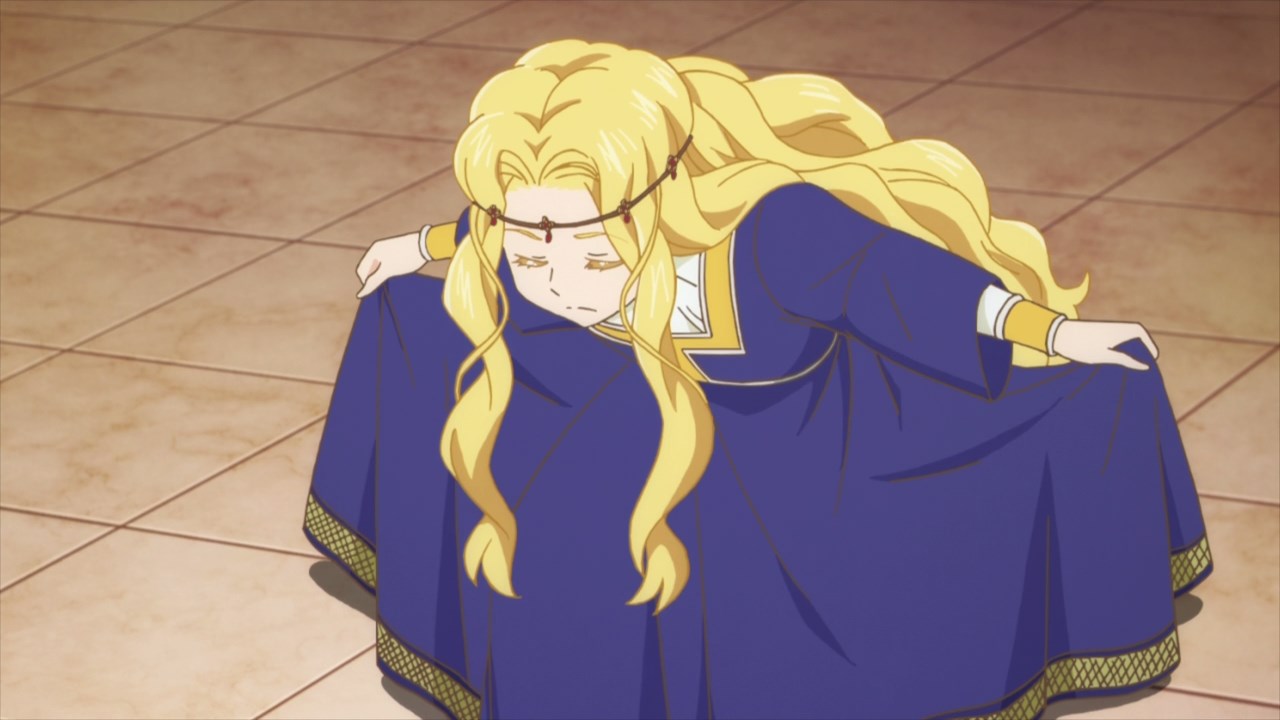 That’s where Catalina stepped in as she properly asked her father not to dismiss Arte as it was her fault for travelling to Murano Island together with her tutor.

And by the way, looks like her etiquette training is finally paid off in such a crucial time. 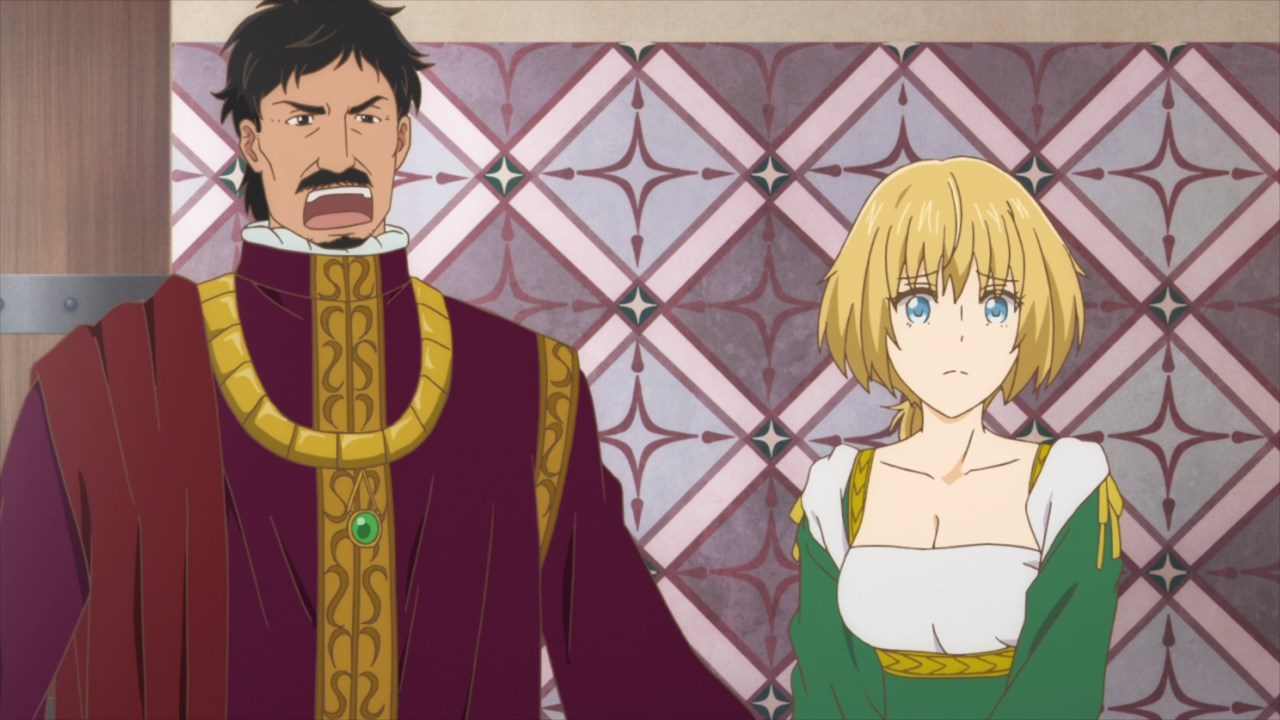 Of course, Lord Malta won’t accept Catalina’s explanation as he doesn’t like nosy and worthless girls like her who intervened in their affairs of adults.

On the contrary though, Catalina is not worthless as she wants to be a great cook someday. It’s just that her parents can’t accept her secret hobby. 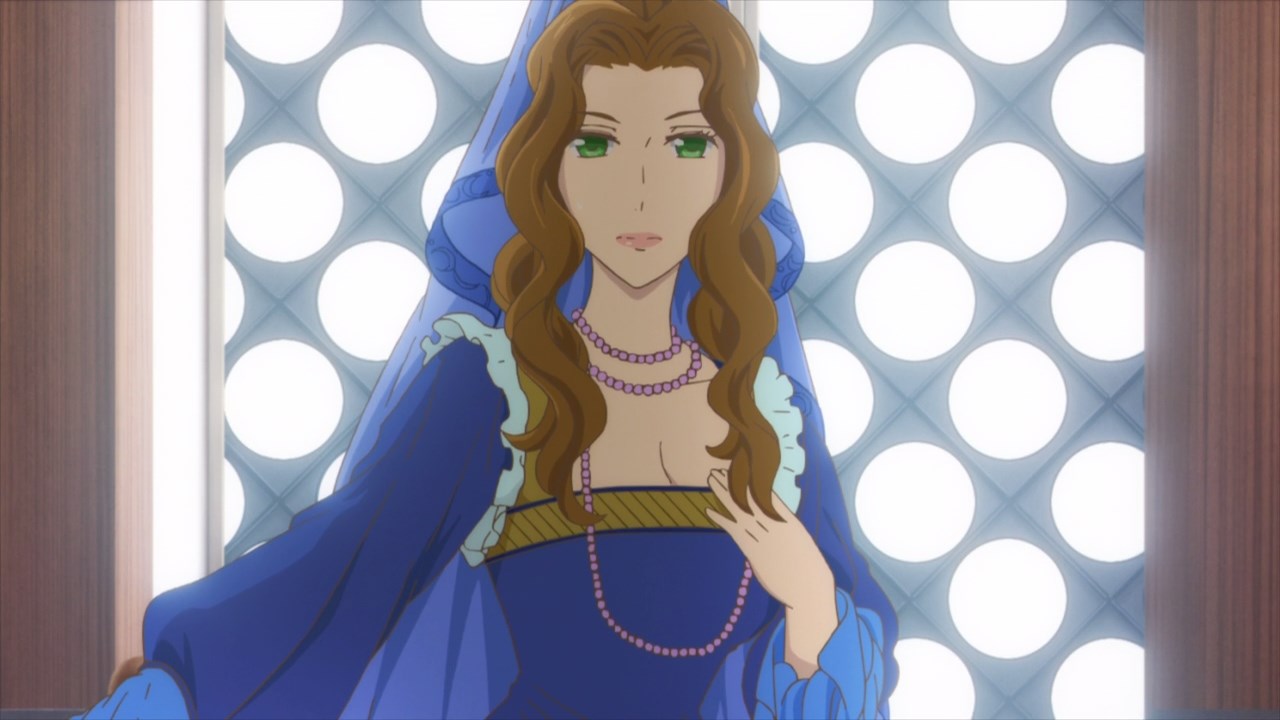 That’s until Lady Sofia stepped in where she had enough and decided to take Catalina’s side.

I’m glad that she grew a spine to defend her daughter as Sofia believes that Catalina wants to pursue something that she’ll be happy with. 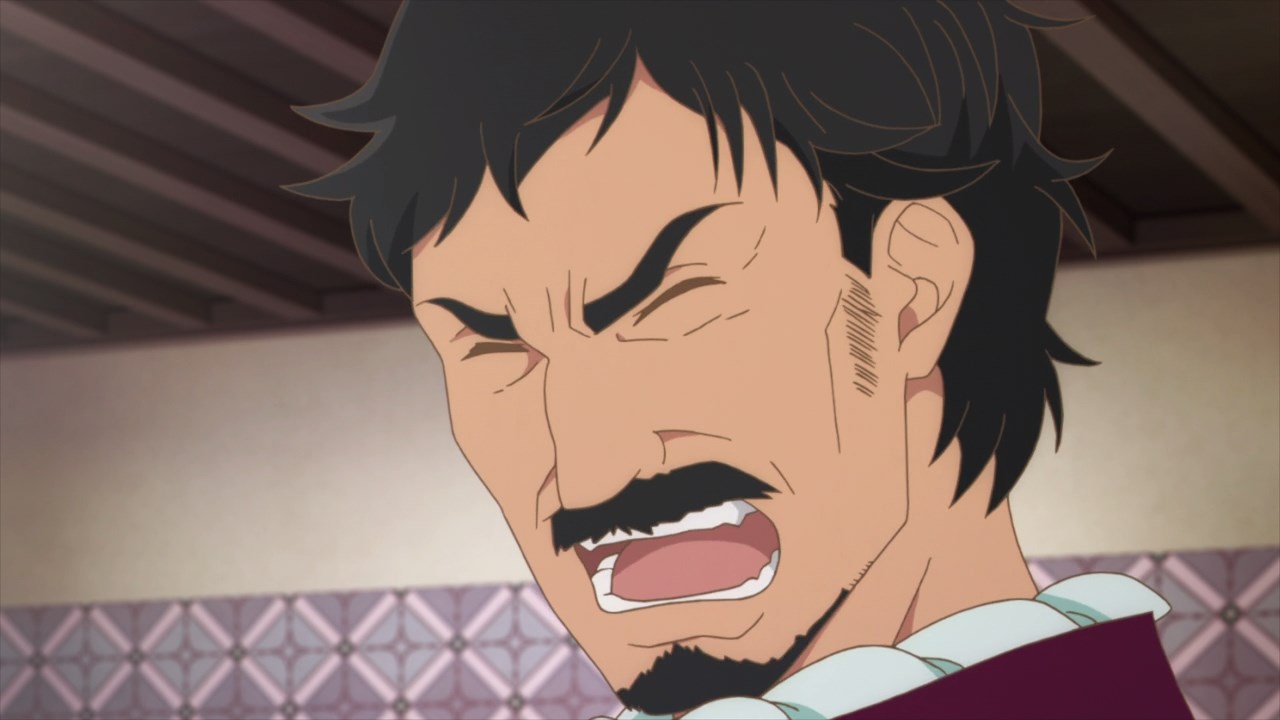 This infuriates Lord Malta where I’m scared that he’ll hit both Sofia and Catalina for disobedience. I mean, he’ll get arrested for domestic violence. 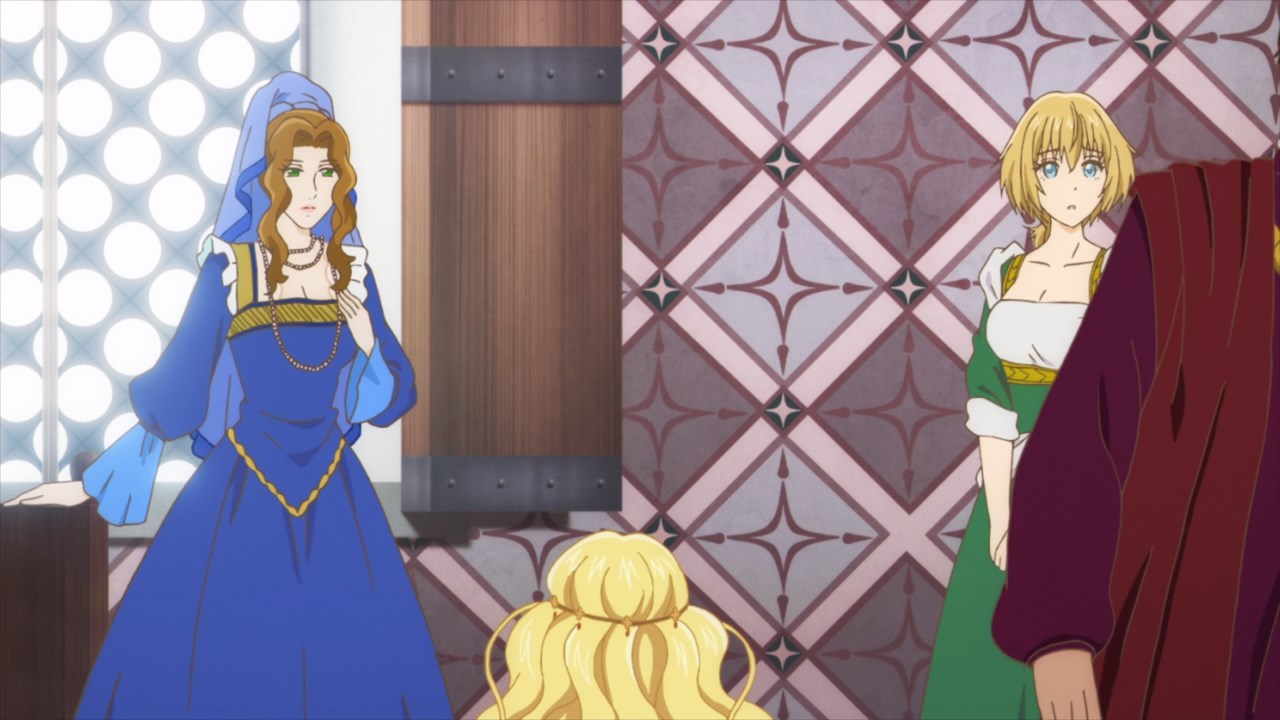 But instead, he simply leaves. I guess he had enough that Lord Malta told Catalina to do what she wants. And besides, he only cares about his sons anyway! 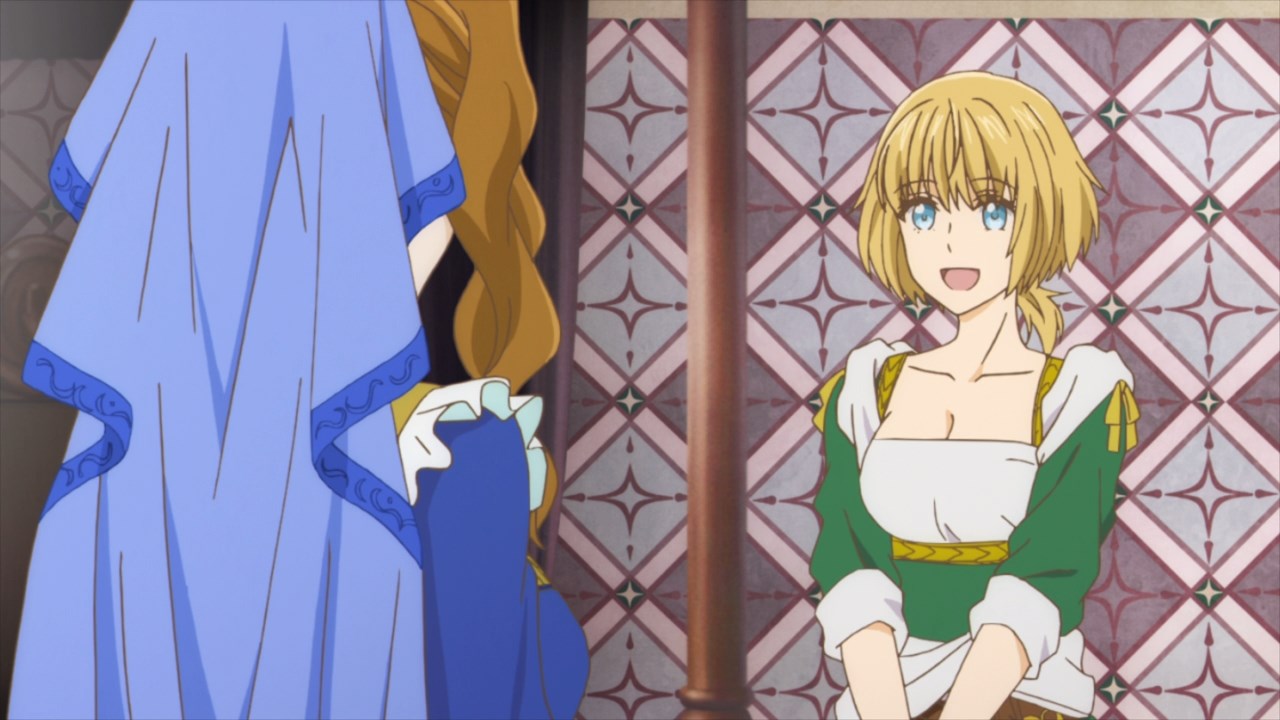 And so, it seems that Arte’s tutoring career is safe thanks to Lady Sofia’s intervention.

Also, I’m glad that Sofia opened her eyes to understand Catalina’s true happiness, but that would be a subject for another day on whether the family will accept Catalina’s hobby or not. 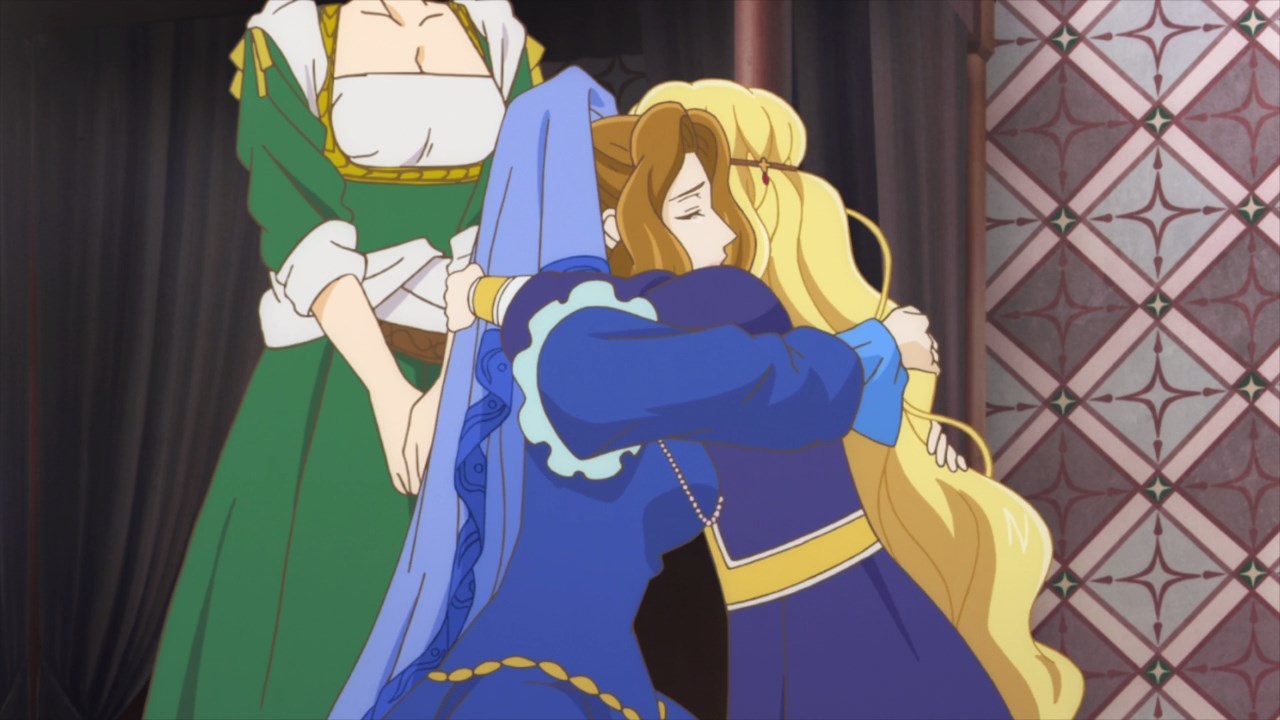 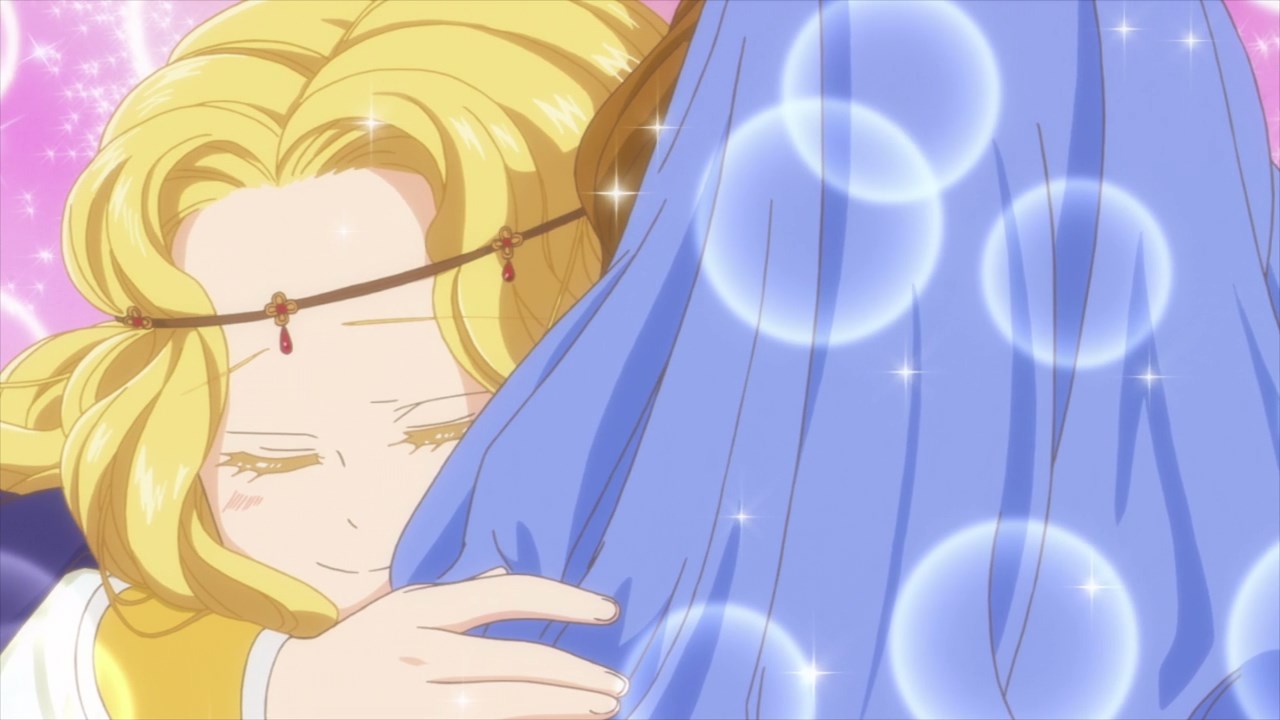 For now, it’s time to end this episode as Sofia and Catalina share a hug. Aww, isn’t it cute?

Well then, there’s still 2 more episodes to go and let’s hope that Arte’s time at Venice is truly worth it.