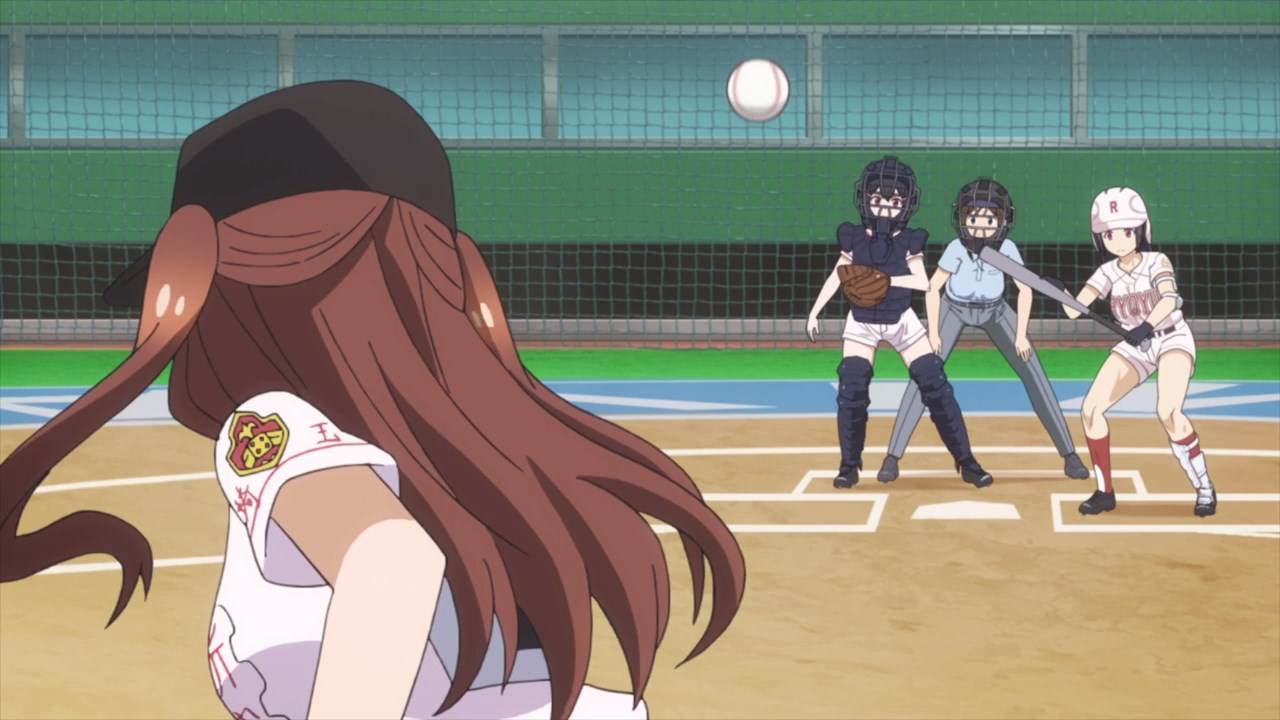 Well everyone, this is the penultimate episode of Tamayomi as Shin Koshigaya High School is feeling the pressure of beating Ryoyukan High School.

While the team can stop Ryoyukan’s offense with Yomi Takeda’s pitches alone, the only thing that would fail them is sloppy fielding and bad calls from Yoshino Kawaguchi. 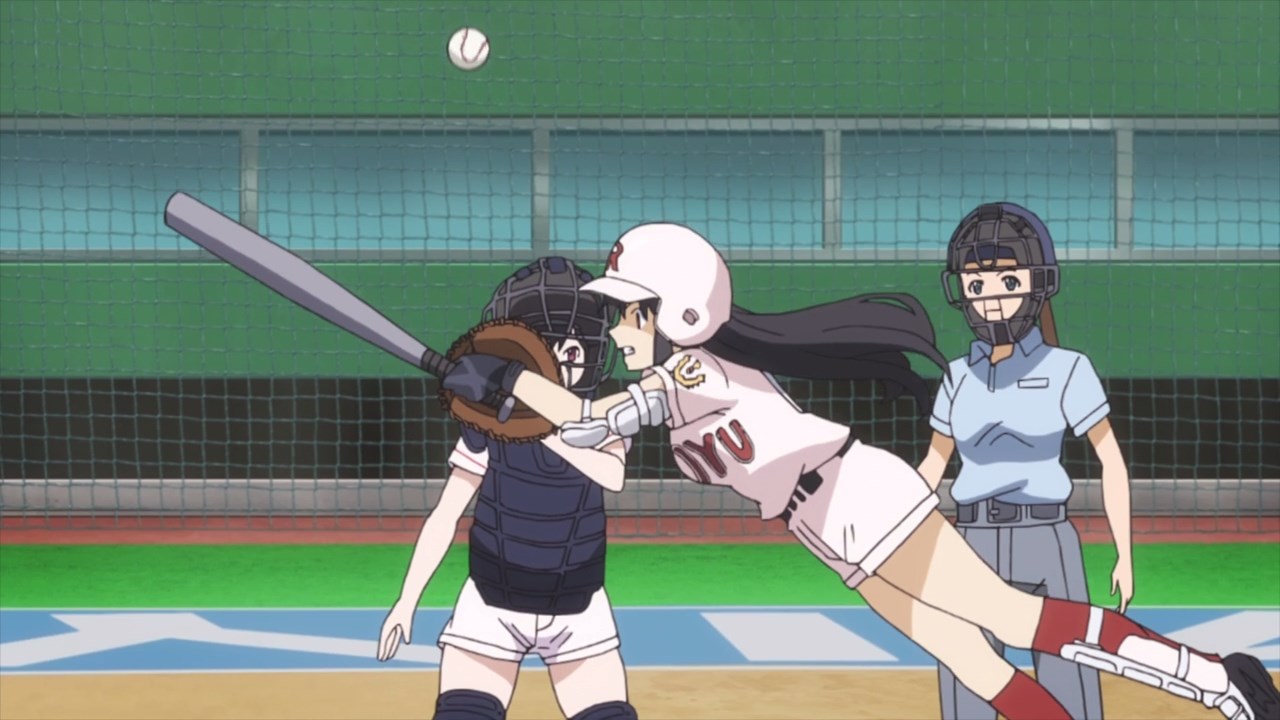 Now then, here’s Takashiro where she made a sacrificial bunt on Takeda’s pitches in attempt to have her teammates run towards home plate.

Of course, she made a fly ball towards the center which will be easy for Tamaki Yamazaki to catch the ball. 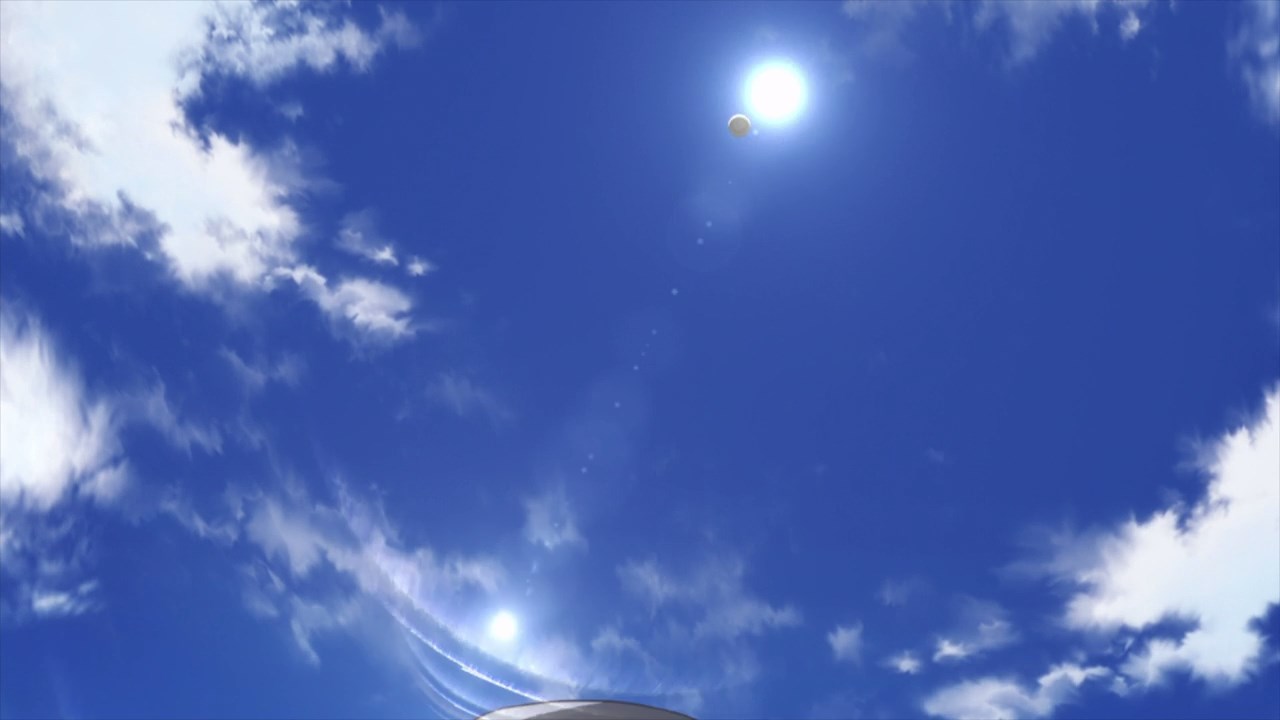 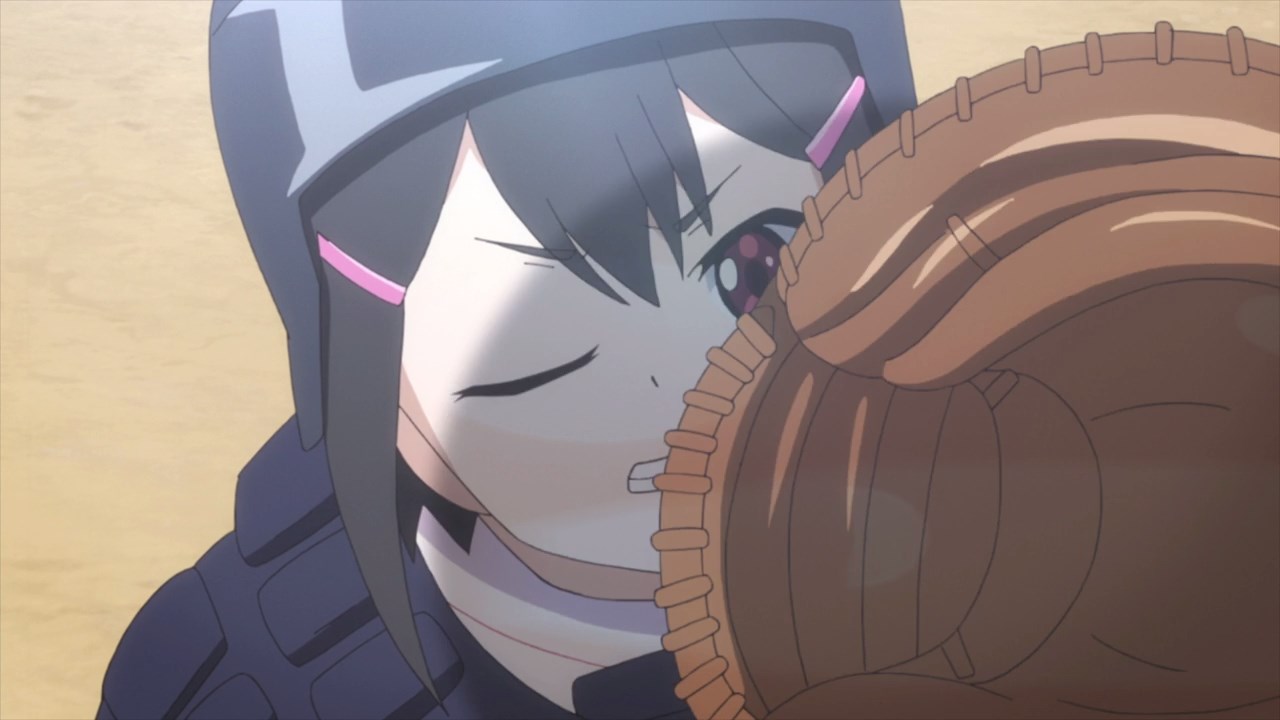 Except that Tamaki Yamazaki is blinded by the sun that she couldn’t see the ball until it was too late. I think Yamazaki should wear sunglasses next time. 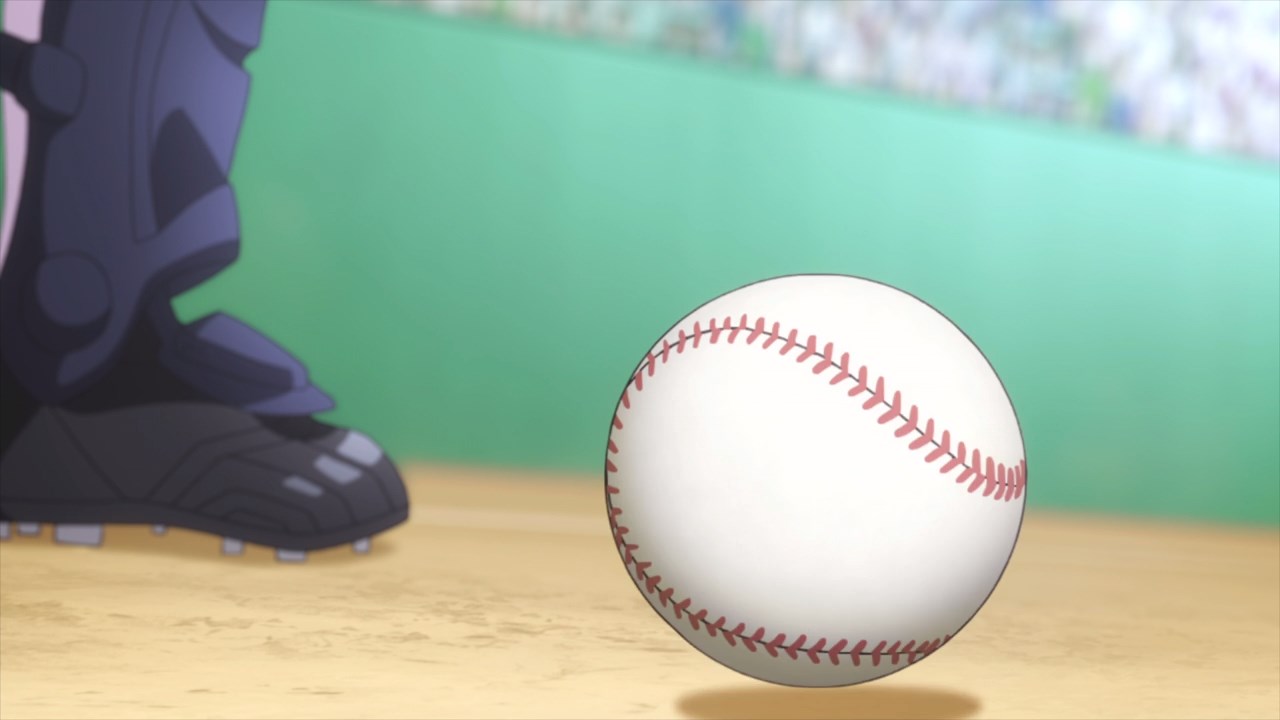 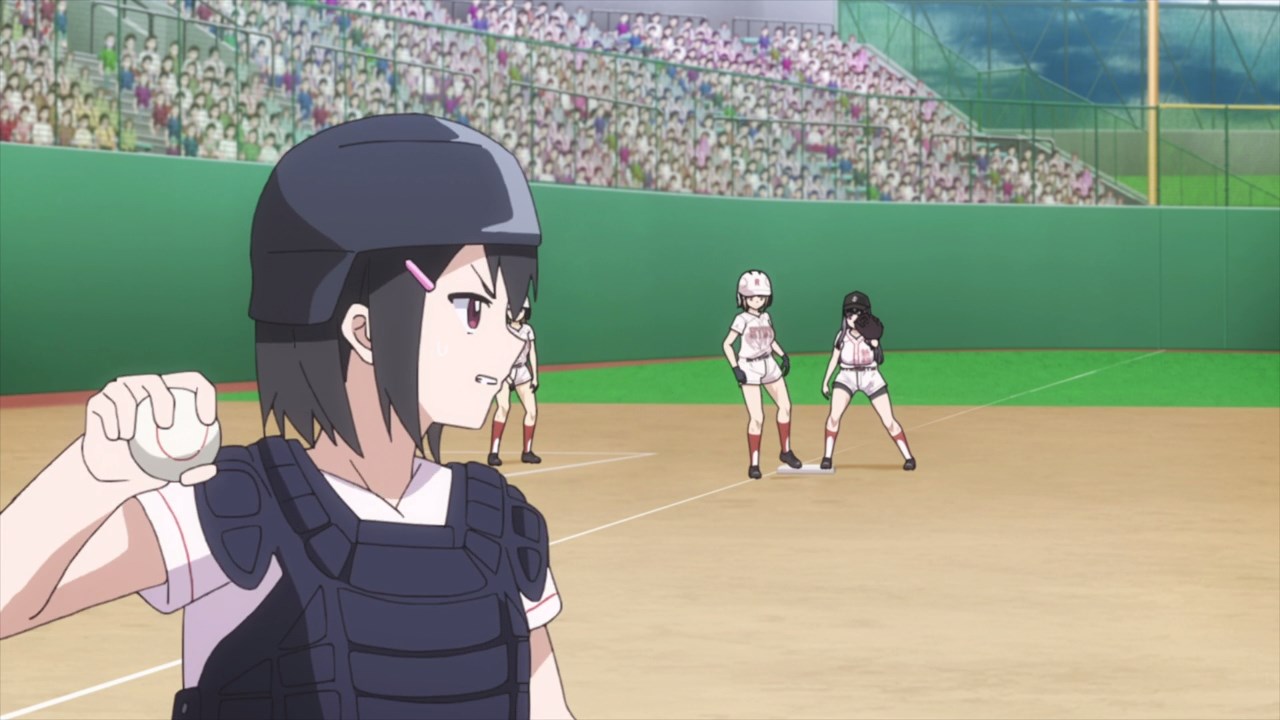 But this error cause them a hefty price as all bases are loaded with Ryoyukan batters. The only thing that they should worry about is someone scoring a grand slam. 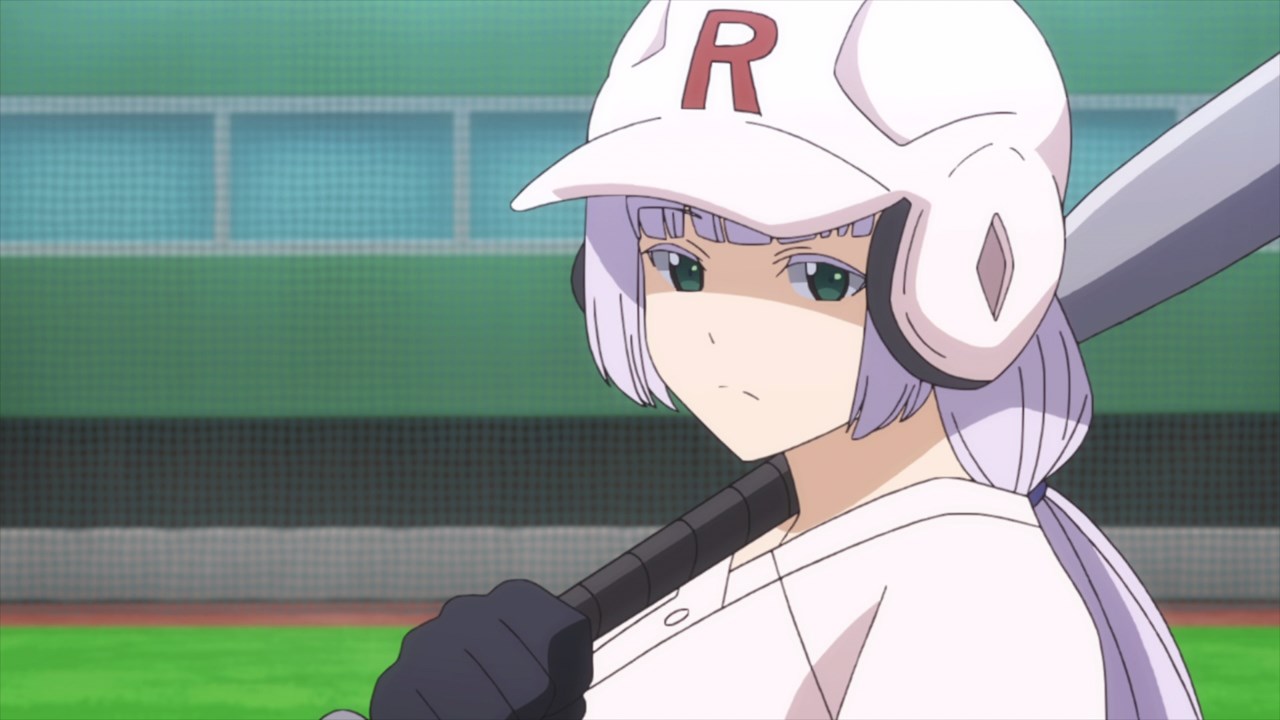 And that’s where Nao Nakata comes in to send it home for a big lead against Shin Koshigaya. Striking her out is very difficult considering that Nakata might hit one of Takeda’s pitches. 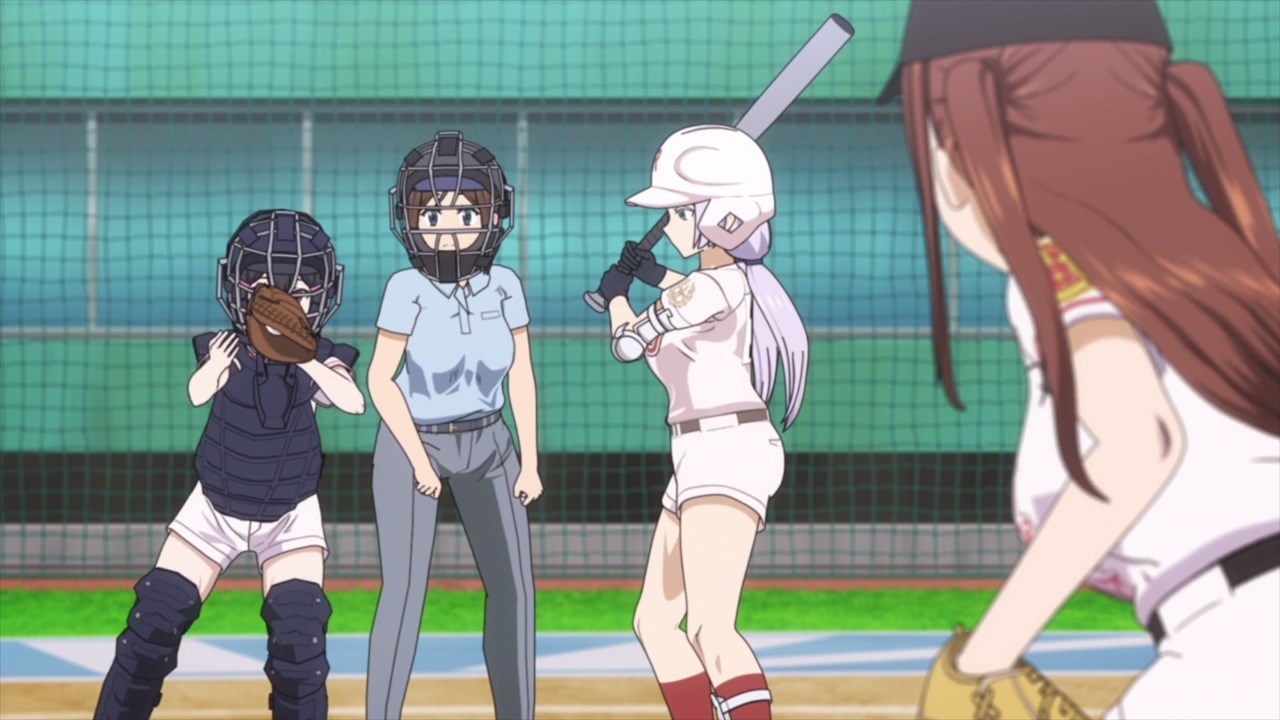 So, they decided to intentionally walk her off as Yomi Takeda can’t handle Nao Nakata yet. Still, this gives Ryoyukan High School a lead over Shin Koshigaya with 2 runs over 1. 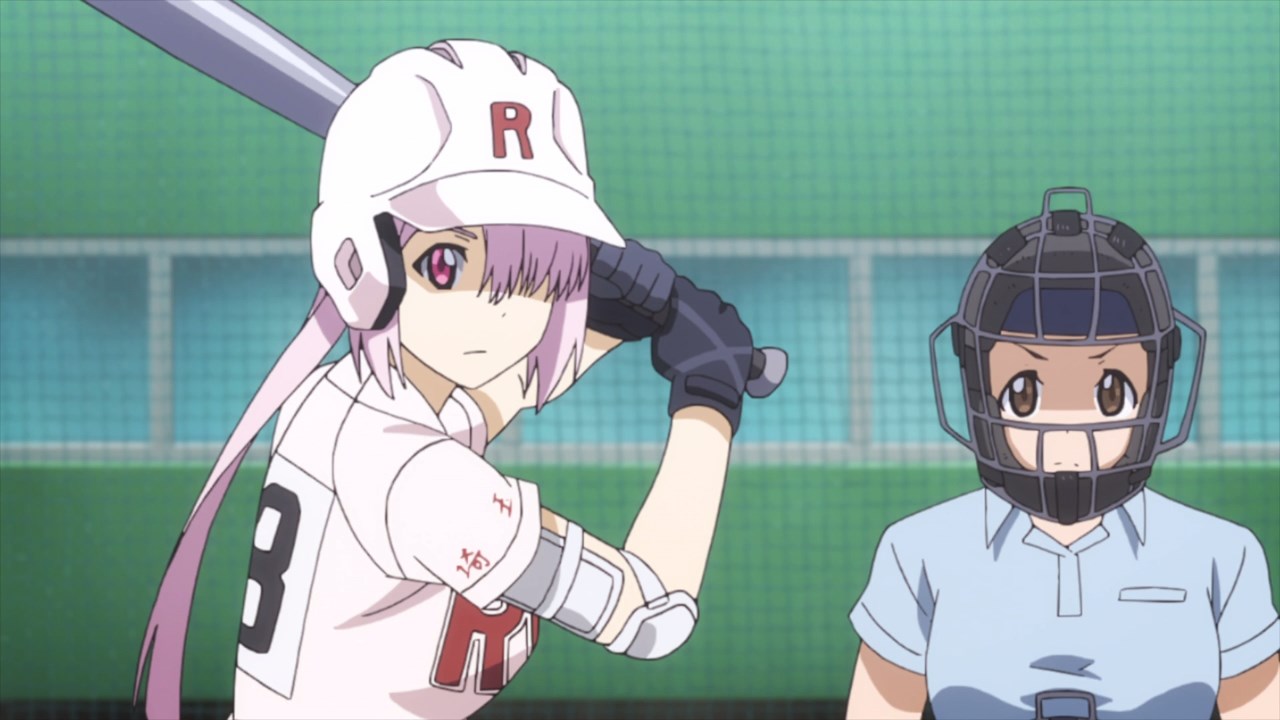 Next up, it’s You where she’s gonna continue the momentum of scoring more runs against the opposing team. 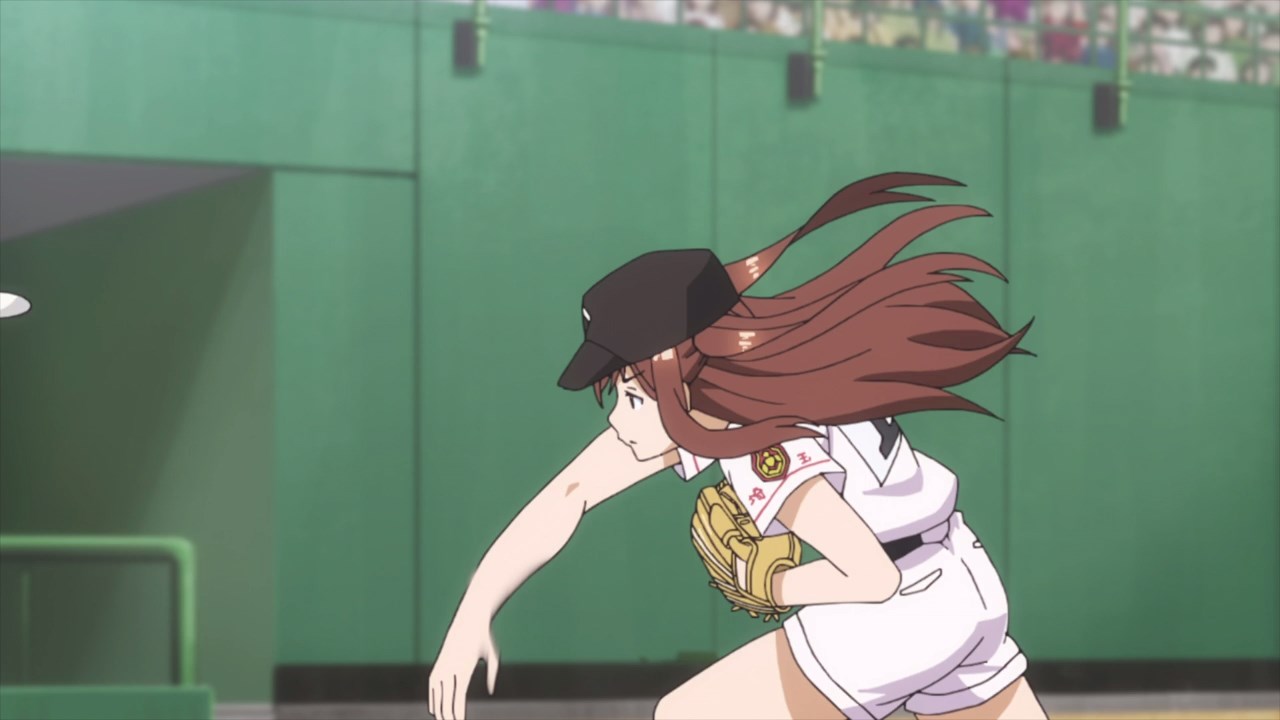 However, Yomi Takeda won’t let that happen as she throws a powerful fastball that might scare You to her wits, and possibly miss hitting the ball because how fast Takeda’s pitch is. 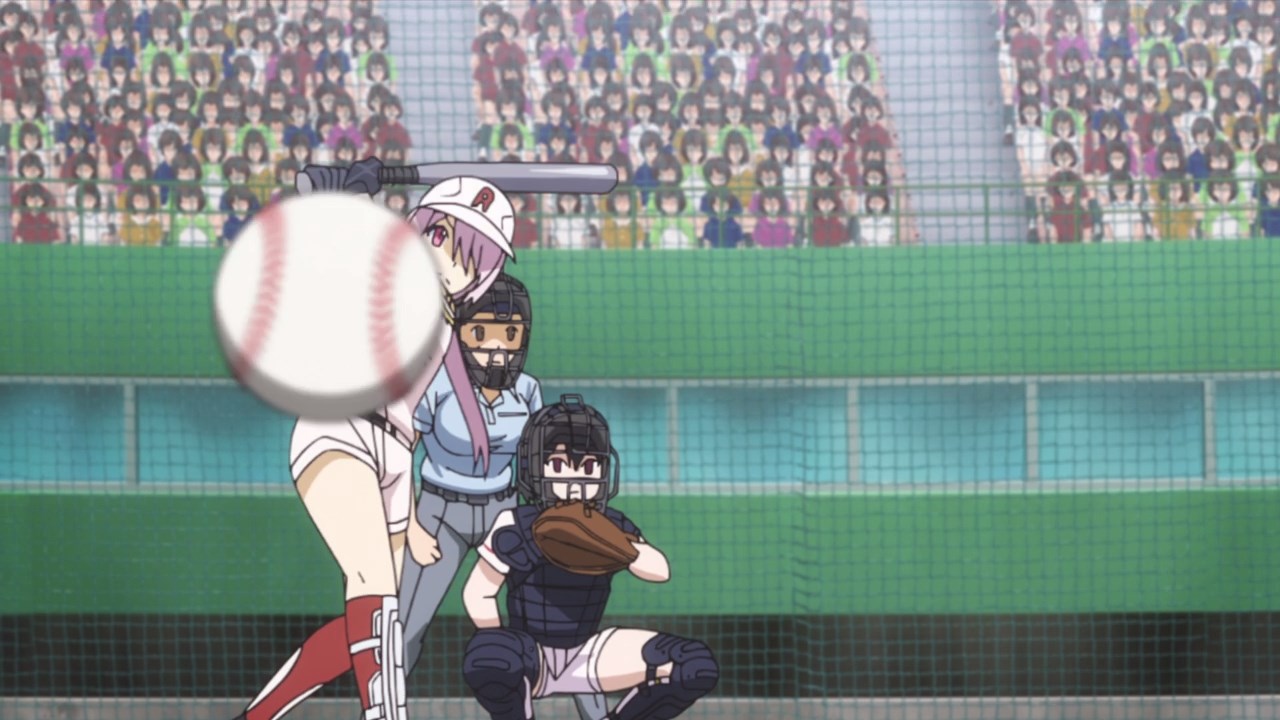 Then again, You managed to hit the ball as it’s a ground ball towards the left infield. 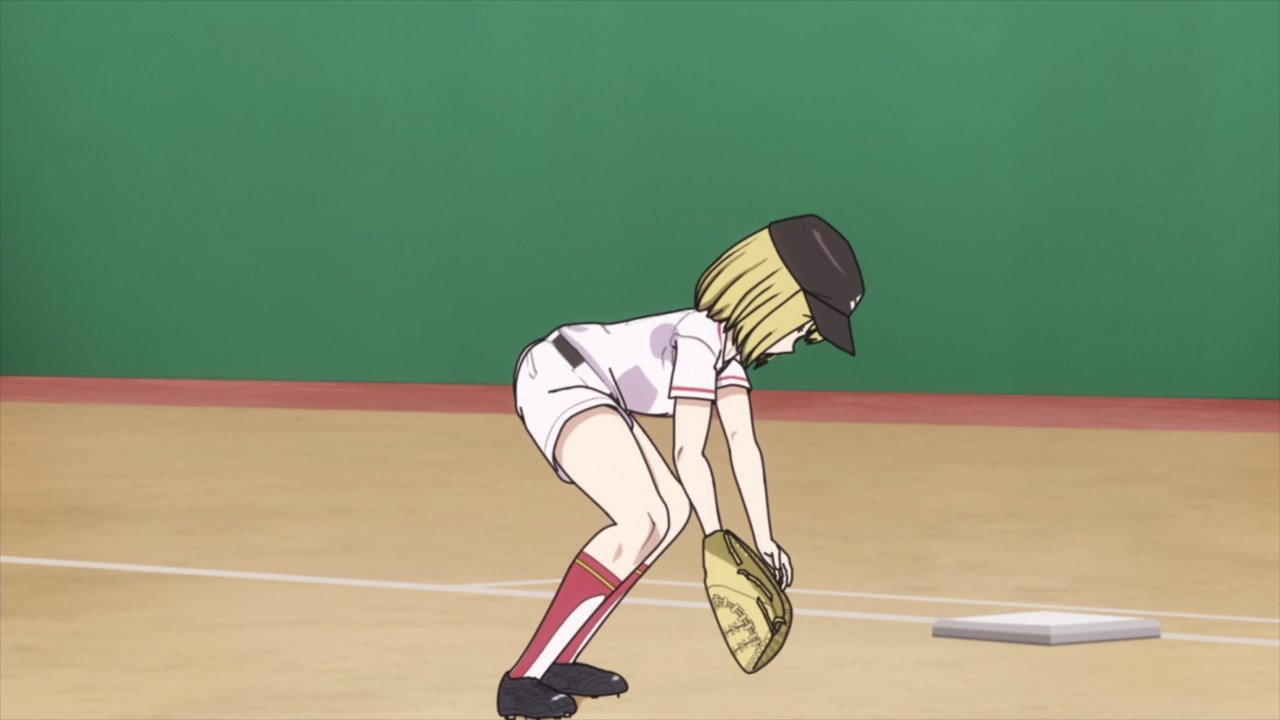 This gives Nozomi Nakamura to catch the ball and tag her out. Well then, looks like Ryoyukan’s offense was put on hold for now. 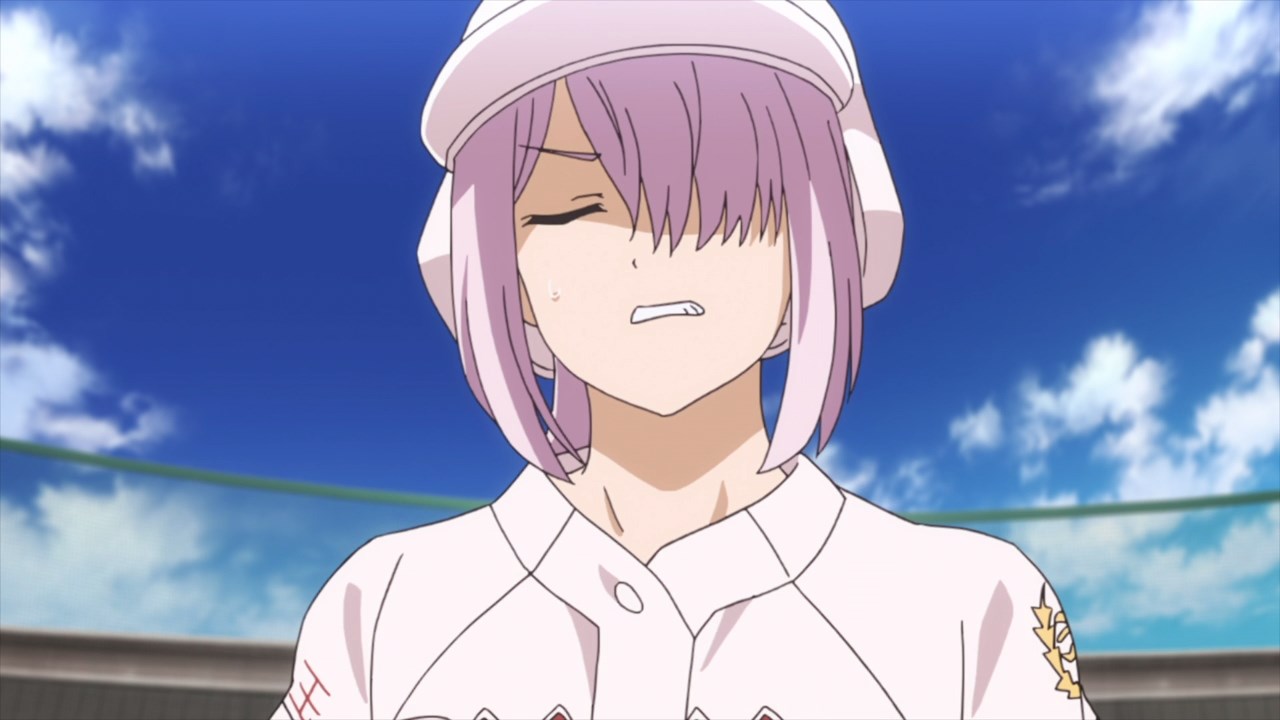 As for You, she was disappointed that she couldn’t capitalize on Shin Koshigaya’s inexperience by scoring an RBI.

But still, the game is not over as Ryoyukan High School can score more runs before the umpires decided to give a win to Ryoyukan. 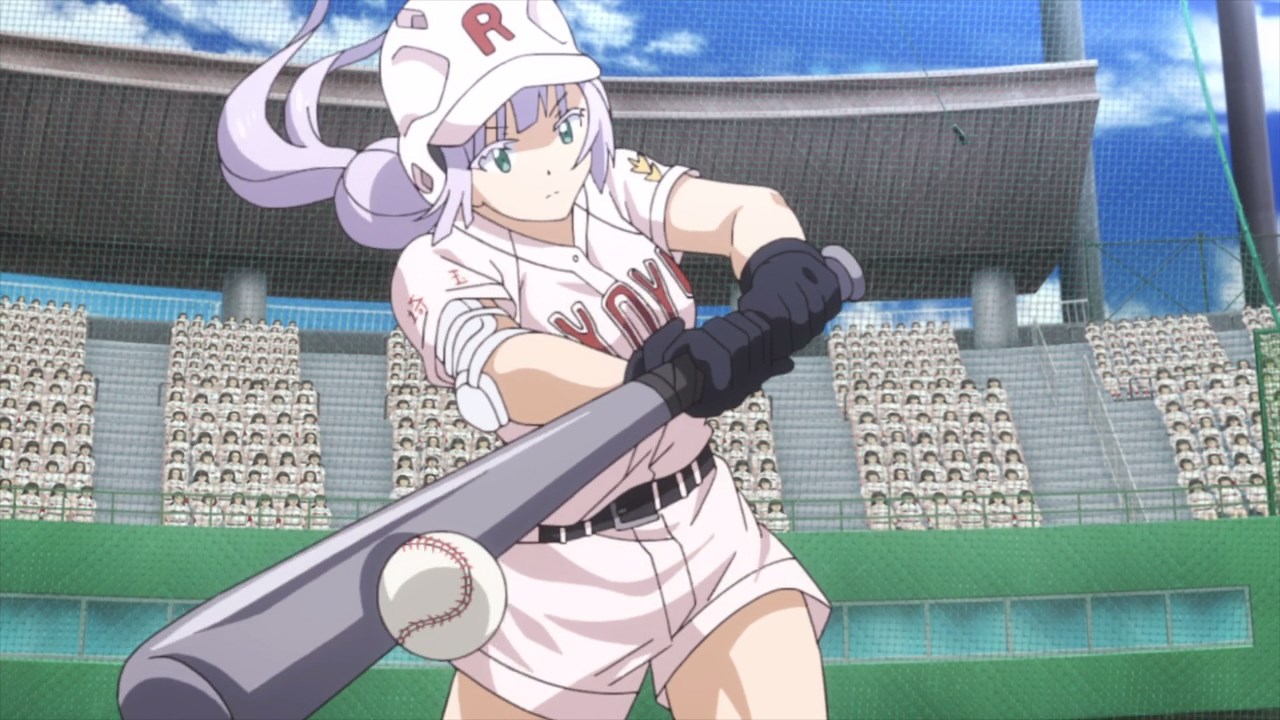 That’s where Nao Nakata comes in where Yomi Takeda decided to strike her out instead of intentionally walk this slugger towards first base.

Unfortunately, Yomi made a big mistake as her fastball couldn’t beat Nao as she found a sweet spot and hit the ball. 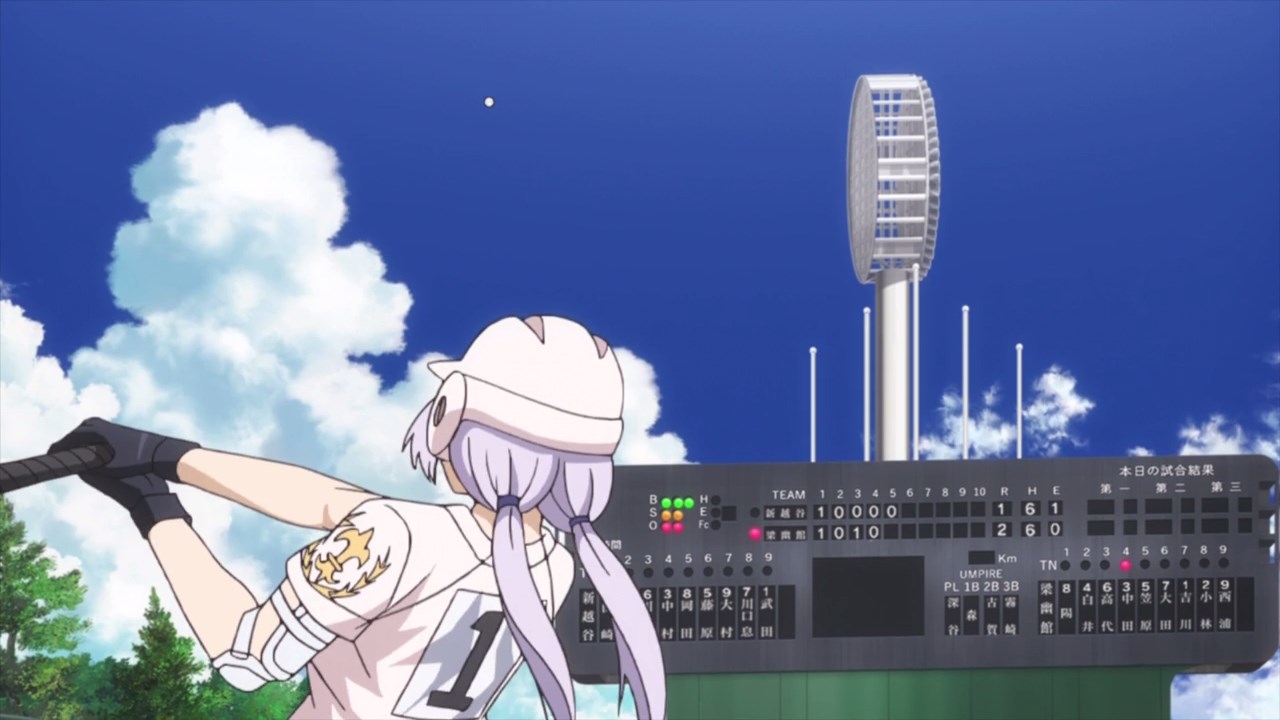 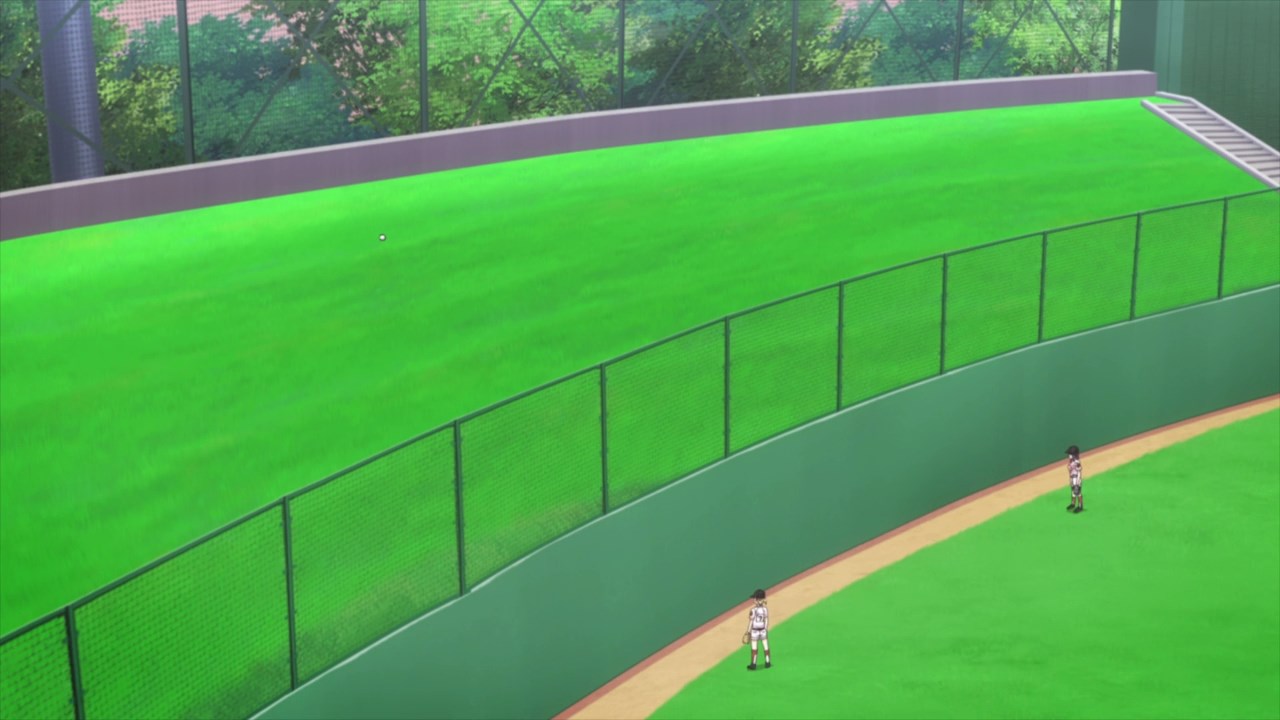 And as you can see, Nakata made a solo home run which puts Ryoyukan having a significant lead with 3 runs over Shin Koshigaya’s 1 run. Oh boy, is this really over for Yomi and her friends?

Anyways, tune in next time for the final episode of Tamayomi as there’s 2 more innings to be played. Oh yeah, I forgot to mention that girls’ baseball are played with a maximum of 7 innings.