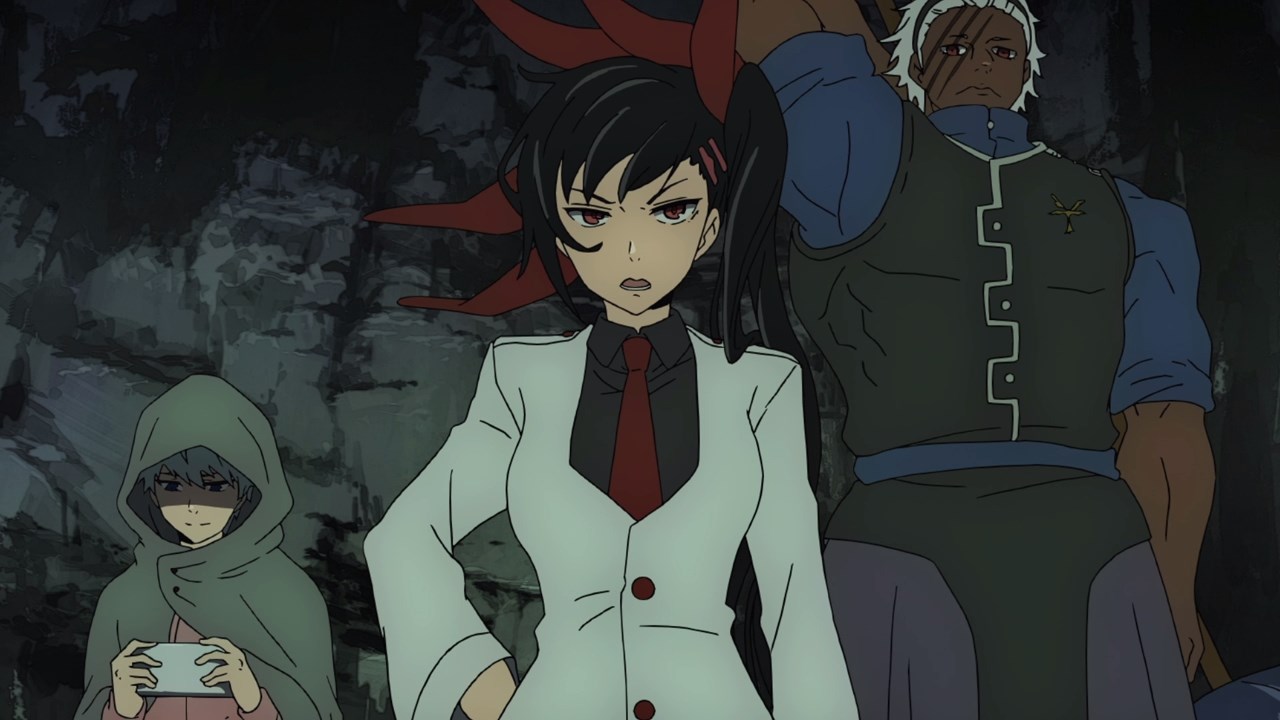 Here’s Ha Yuri Jahad and her team as they’re gonna go to the testing area where they’ll find Bam among the Regulars to retrieve the Black March from him, even though Anaak Jahad currently has it.

Oh yeah, she not only has Evan Edroch at her side, but also Khun Hachuling and Kurdan. 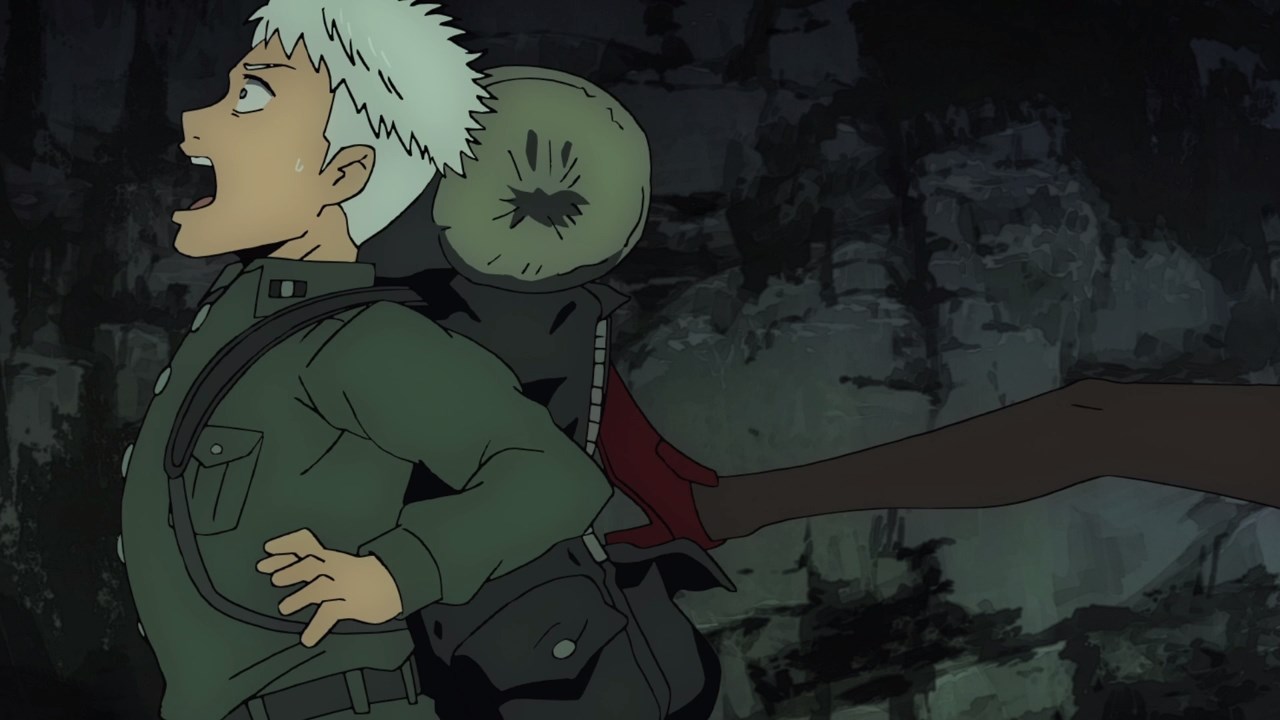 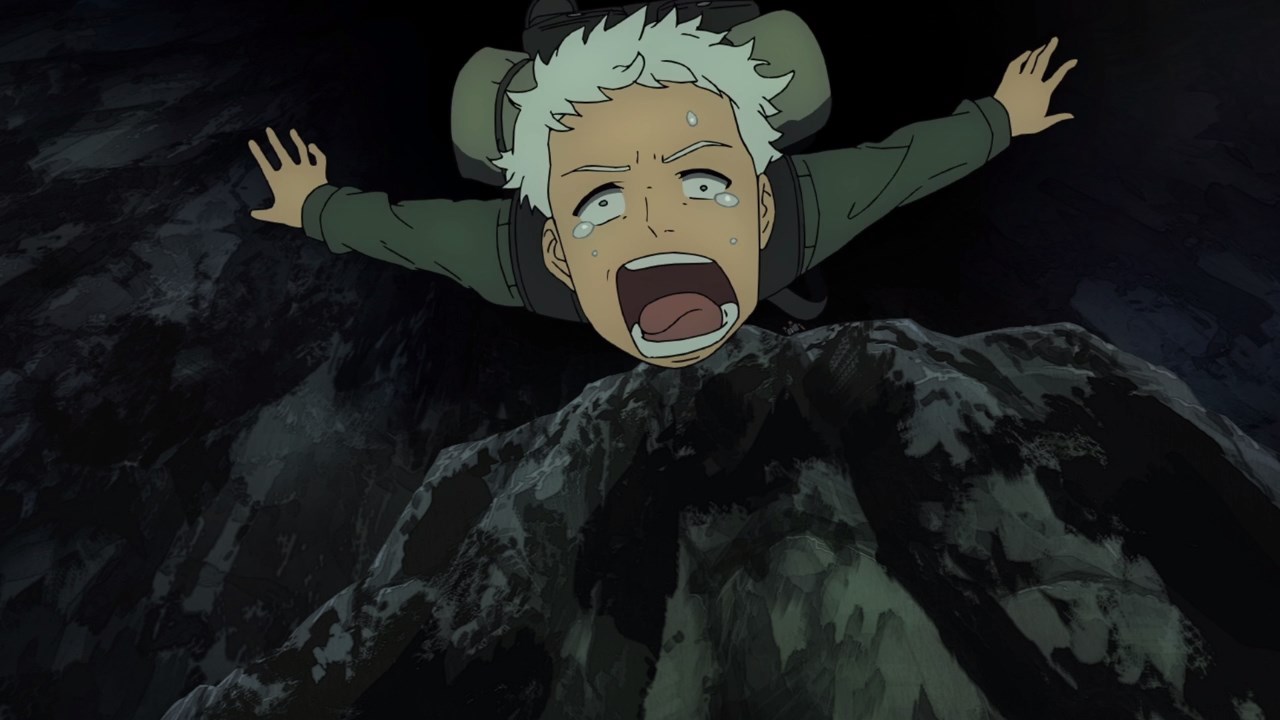 But speaking of Evan Edroch, he got the nasty boot from Yuri’s heels that Evan is plummeting down towards the abyss. Let’s hope that he’ll survive the fall. 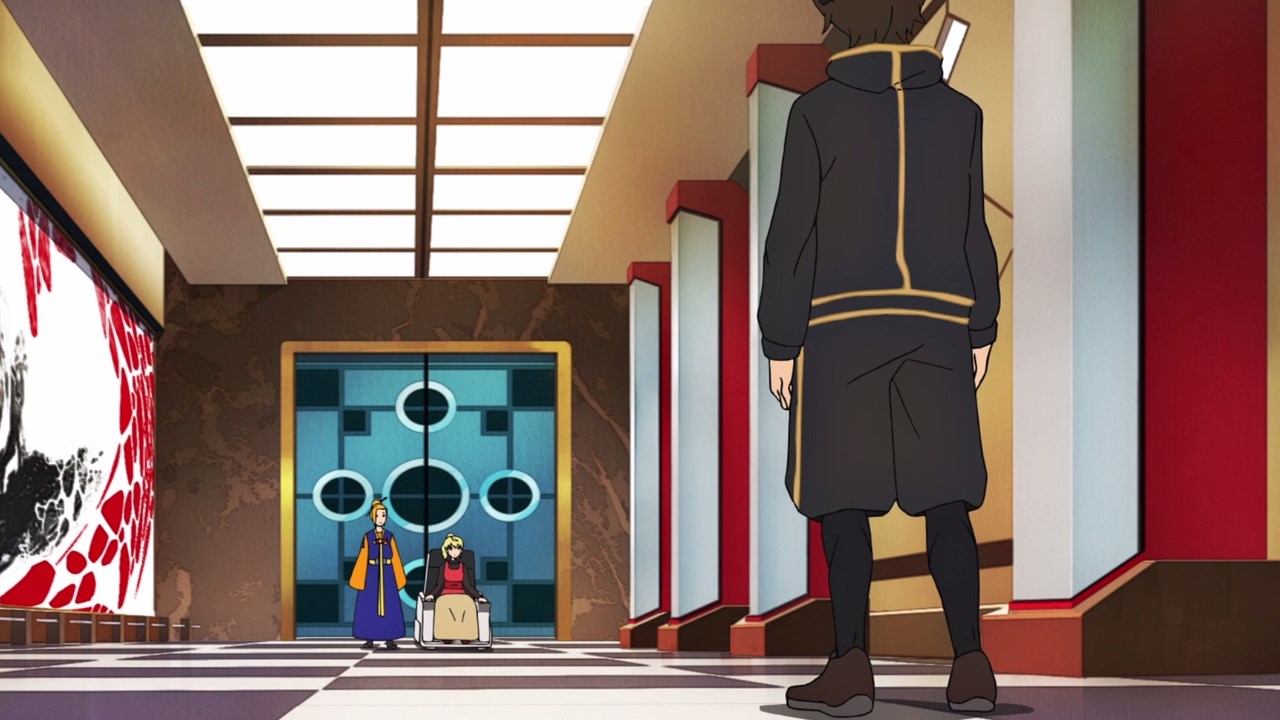 Meanwhile, looks like Bam has returned safely after talking to the guardian of the 2nd floor. Seems that he approved on taking him and Rachel on the test. 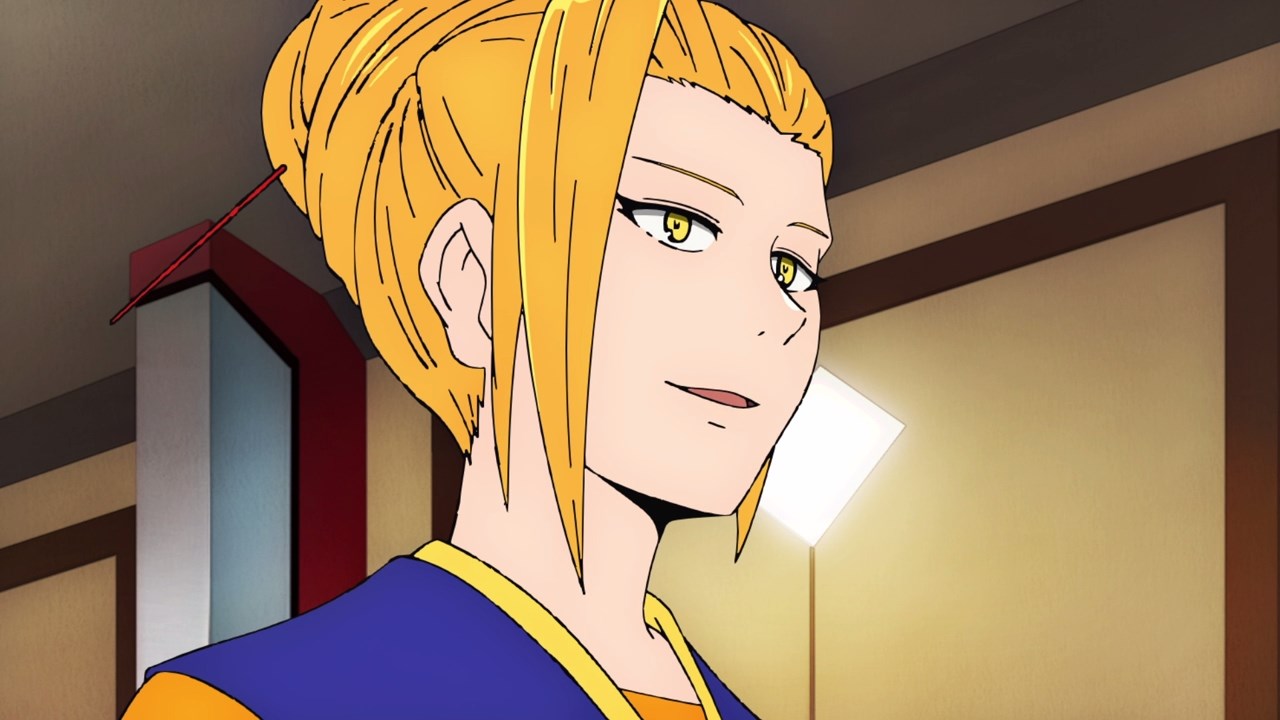 And while Yu Hansung is delighted about the news, he’s not gonna give both Bam and Rachel an easy test because they really have to work hard to pass the Administrator test. 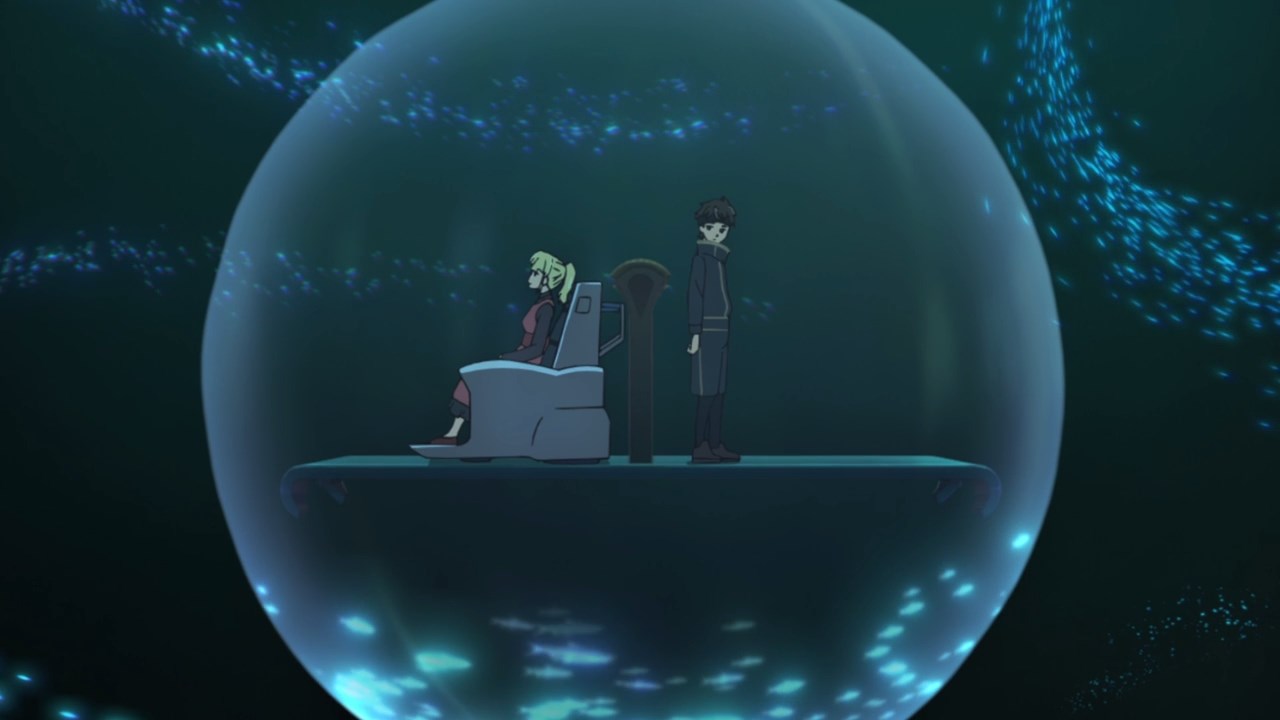 And that brings us to the Administrator test where both Bam and Rachel are underwater, being enclosed to a bubble where they can breathe easily.

So, what will they do on this Administrator test? I mean, they can’t just stuck inside the bubble forever. 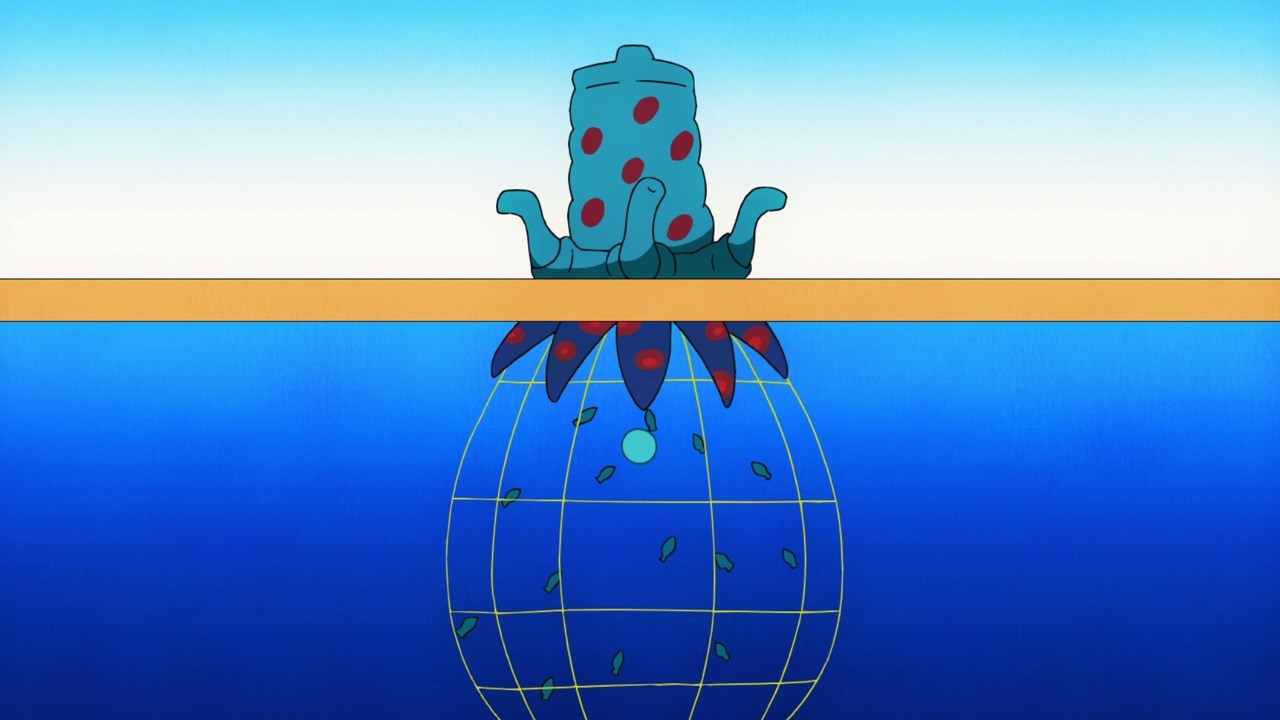 Well, the only thing that they’ll do is to act as bait for the net dolphins where Bam and Rachel will get captured by its queen, and then spit it out to the surface in order to pass the test. 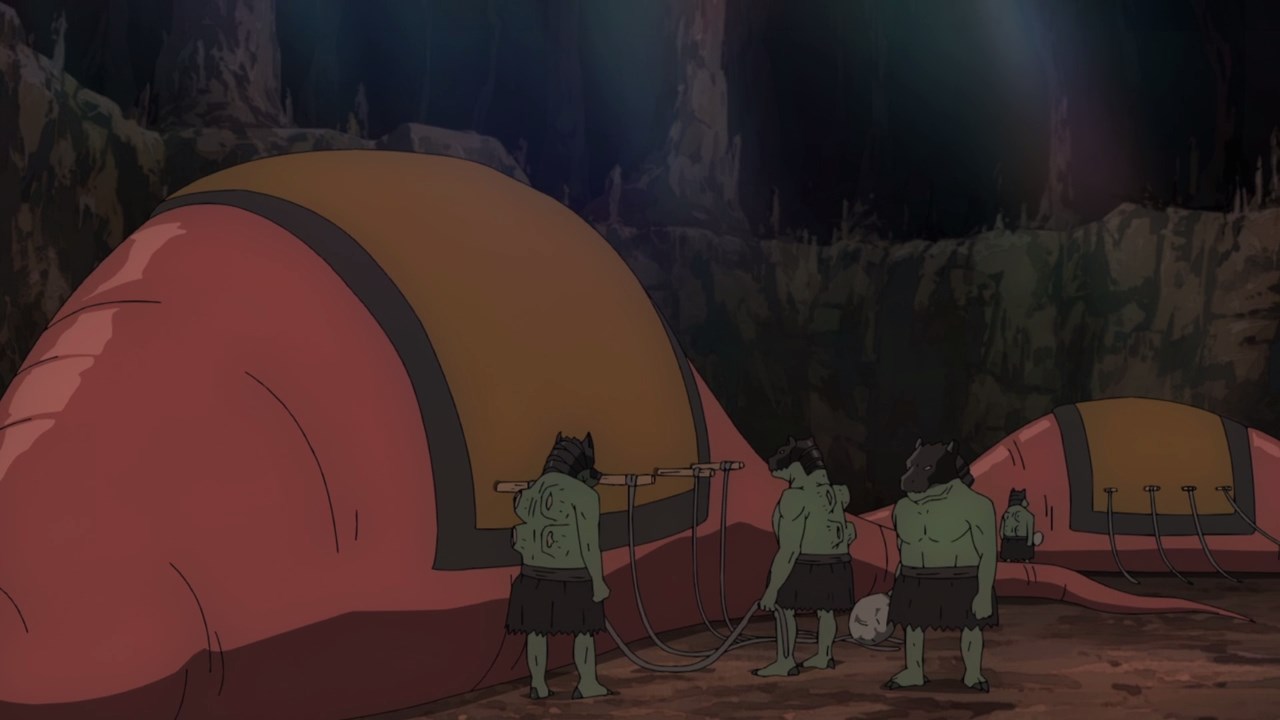 However, there’s a catch as various barnacle goblins are here to hunt down net dolphins, using giant wetworms to suck them including Bam and Rachel. If those wetworms suck both Bam and Rachel, they failed the test. 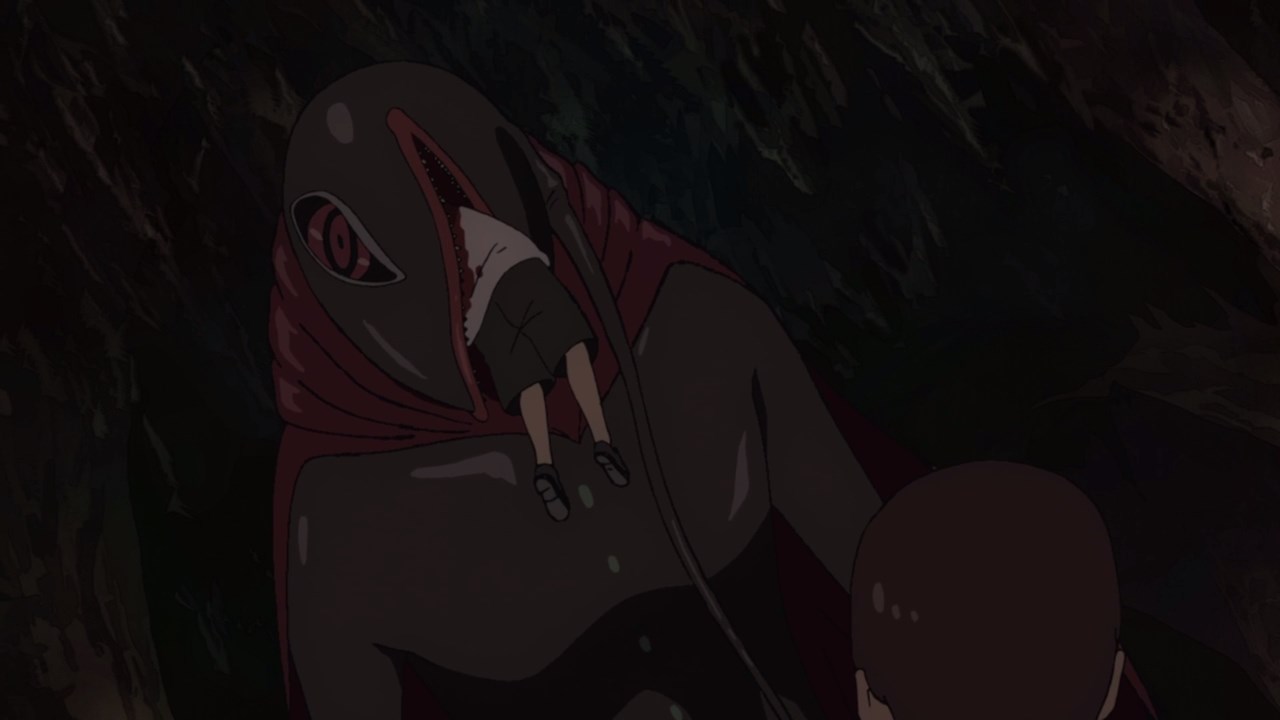 Also, there’s another threat in the form of this giant monster known as the Bull, which it chomped Dede Kancho to death and now the Bull is about to kill Shibisu. 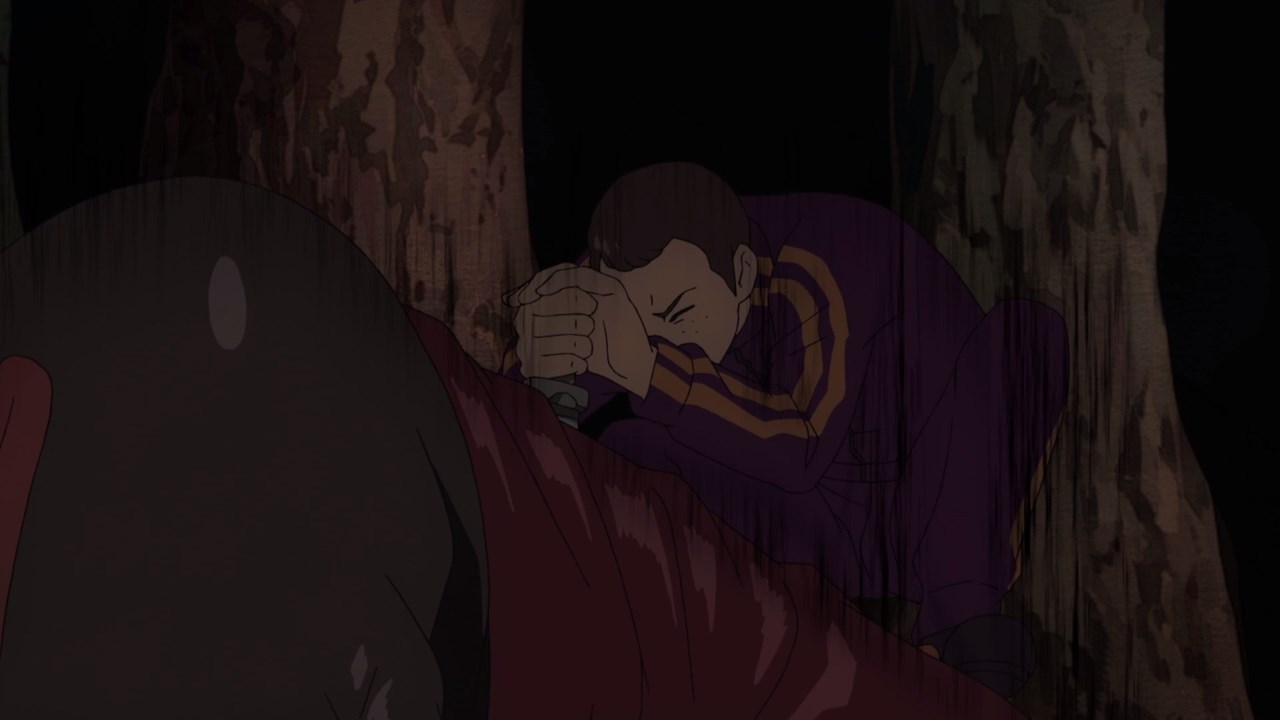 Well, it’s time for Shibisu to use Serena’s prized knife to kill the Bull, but then again it’s not effective against this monster. 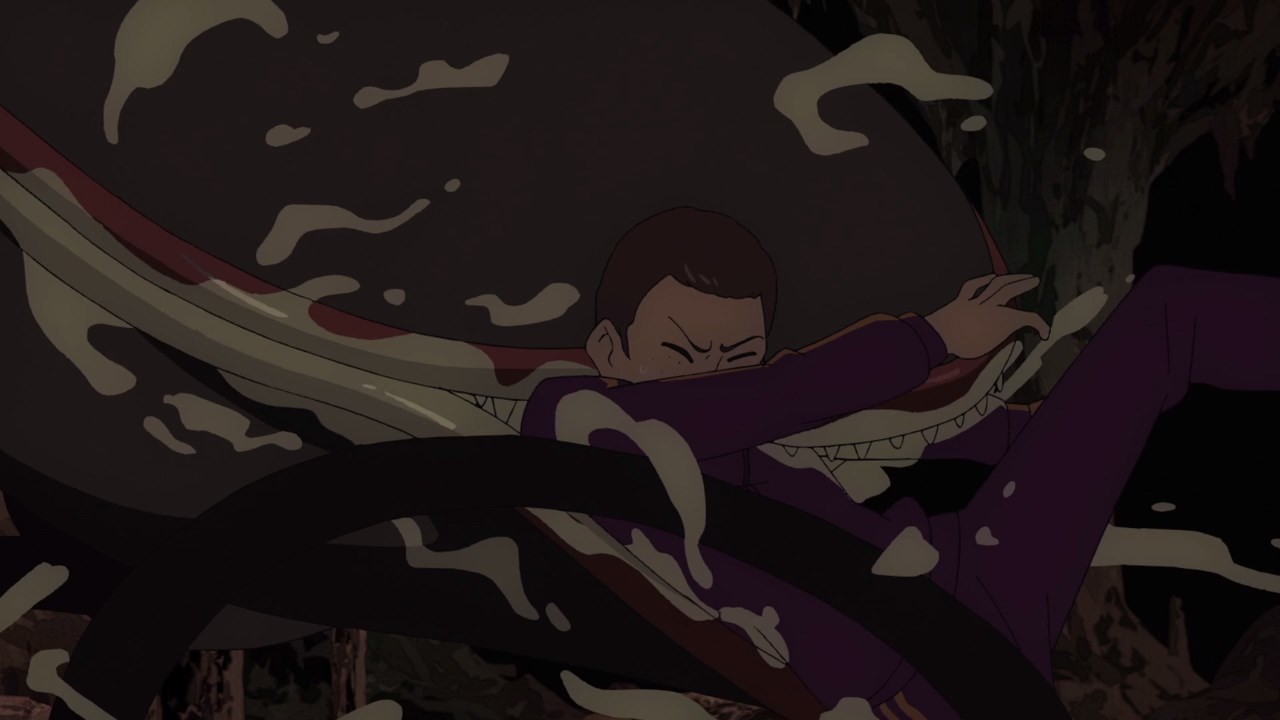 Worst of all, the Bull is about to chomp Shibisu, even though he claimed that he’s not delicious. Man, somebody save Shibisu! 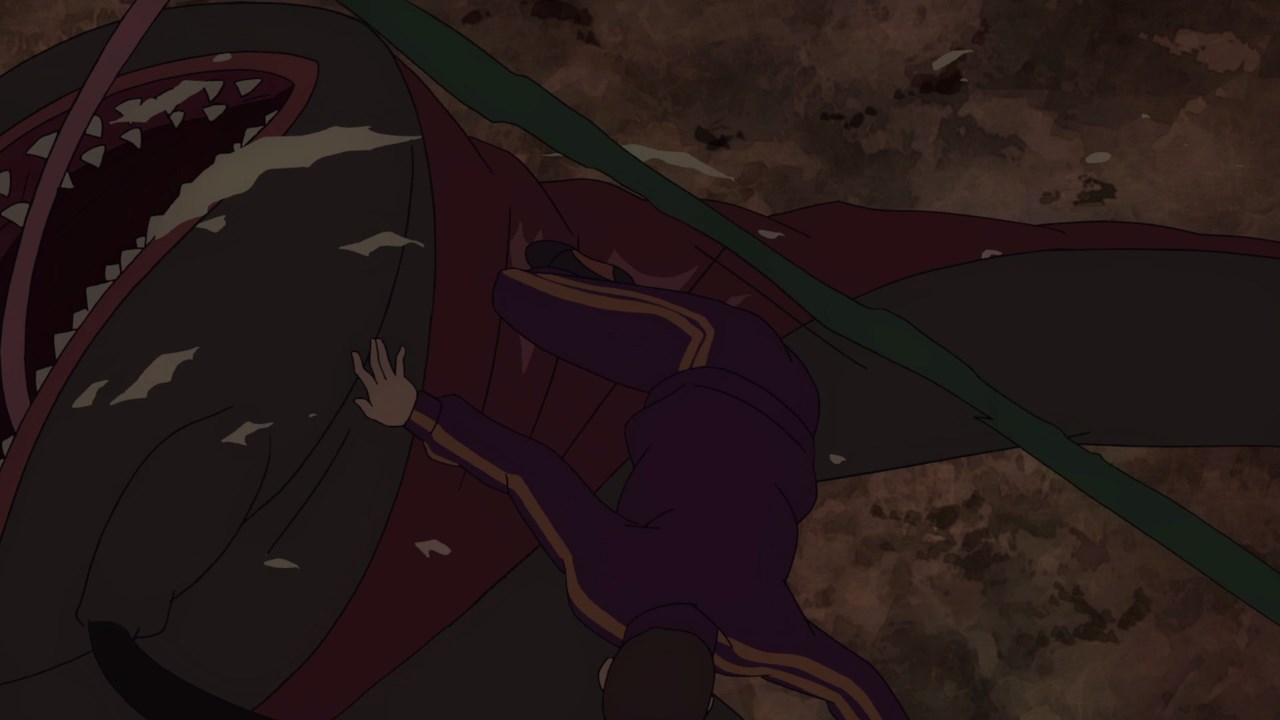 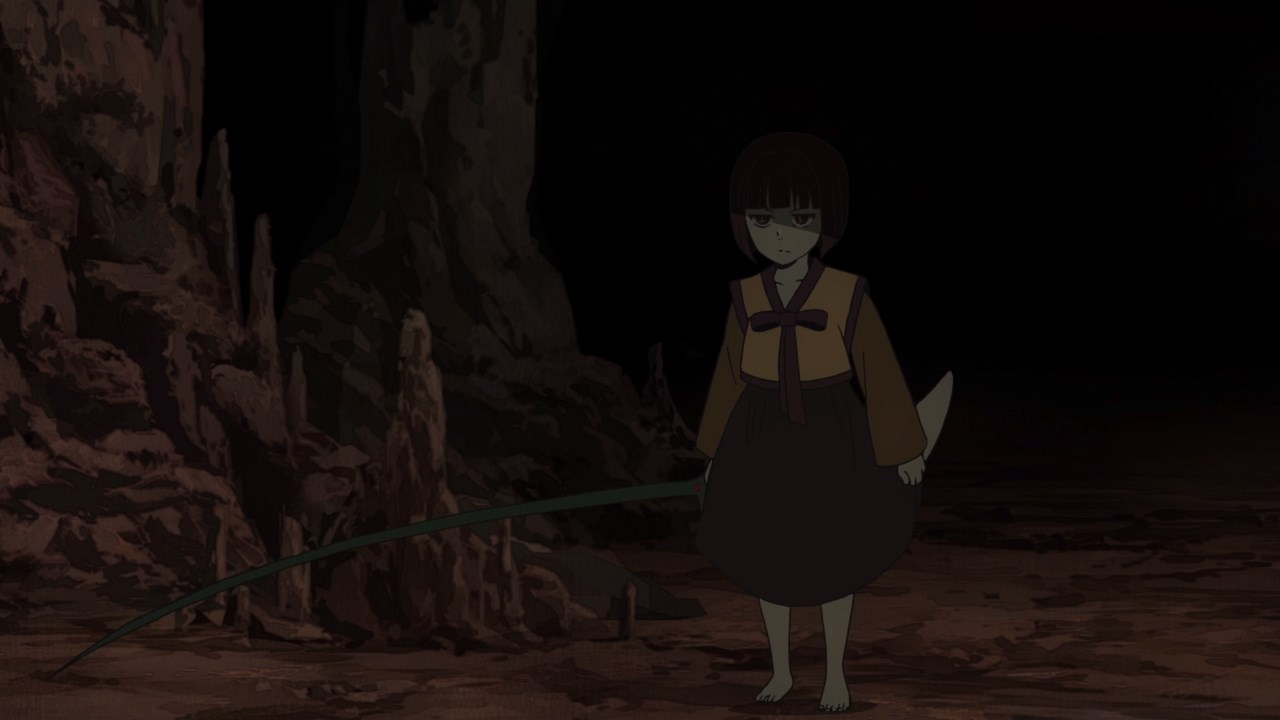 Fortunately, Anaak Jahad has arrived to save Shibisu’s sorry ass from being killed by the Bull. Of course, she’s not the only princess who will take on the Bull. 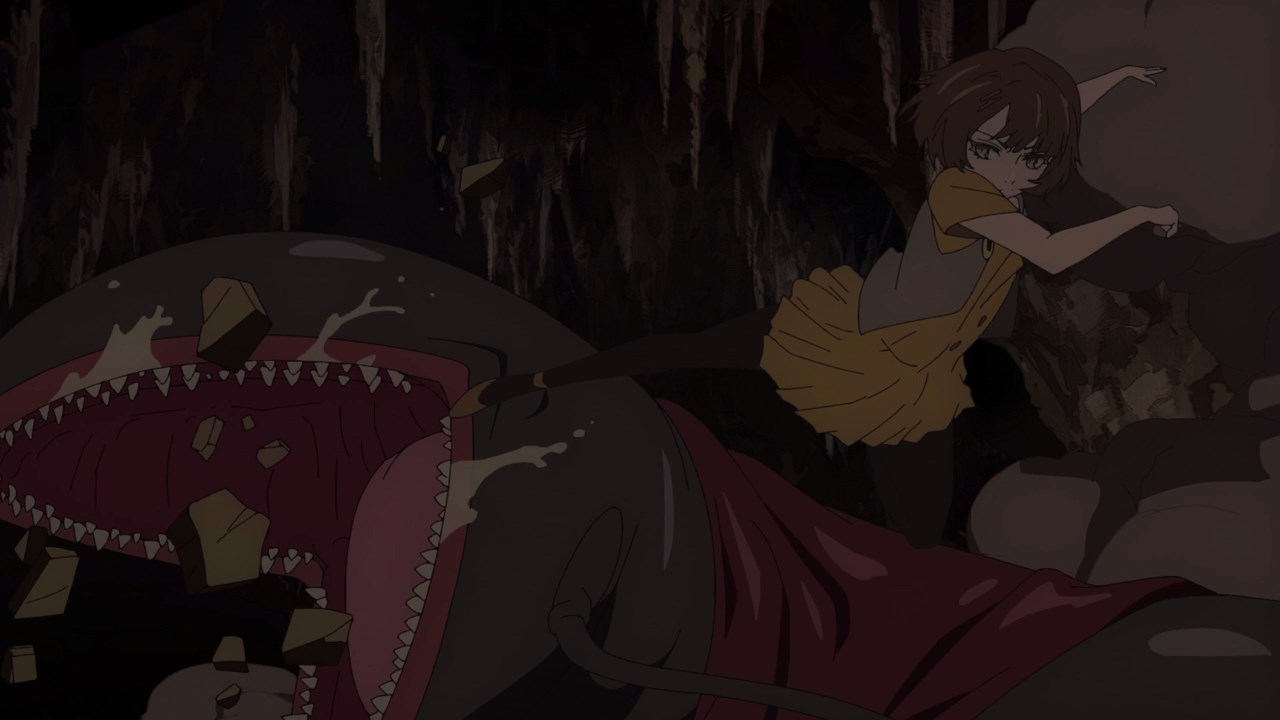 There’s also Endorsi Jahad where she wants to make a bet with Anaak on who will beat the Bull first. Still, Shibisu got a sigh of relief as he’s safe from being killed off. 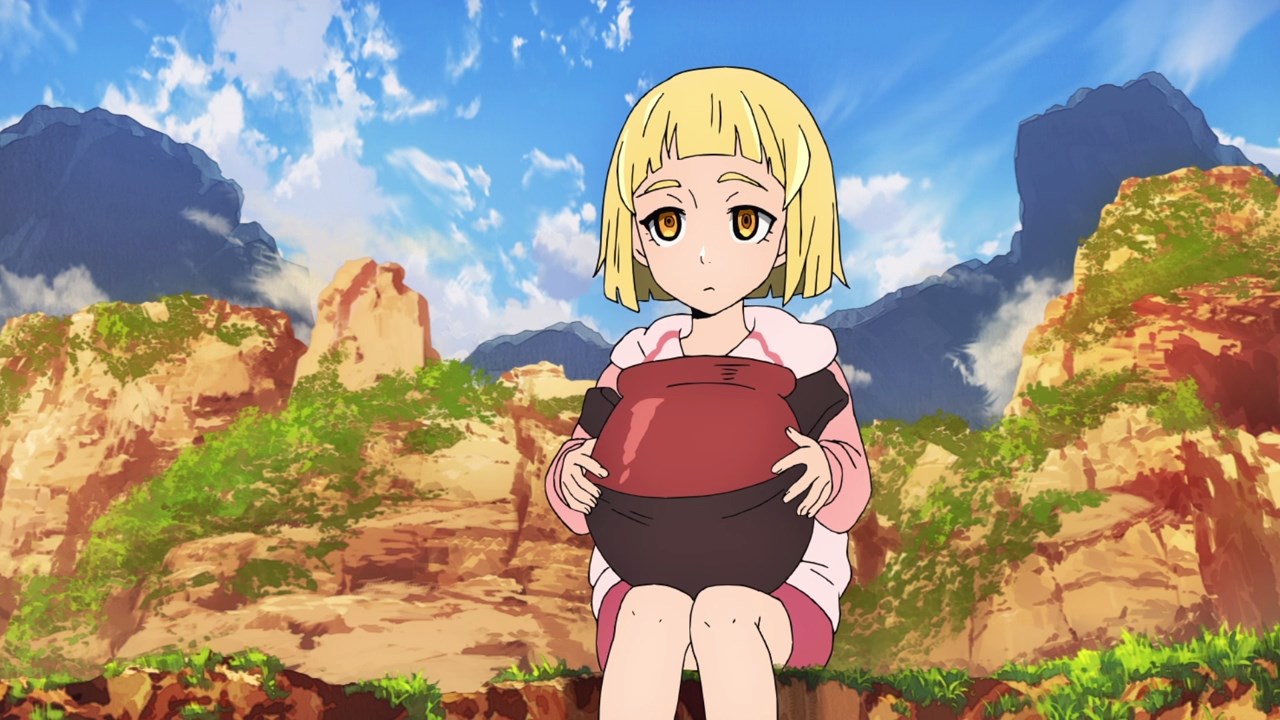 Meanwhile, let’s focus on one of the Regulars named Sunwoo Nare where she used her pet monster to scout the area.

By the way, Nare is one of the rare Regulars who’s not only a Scout, but also an Anima. 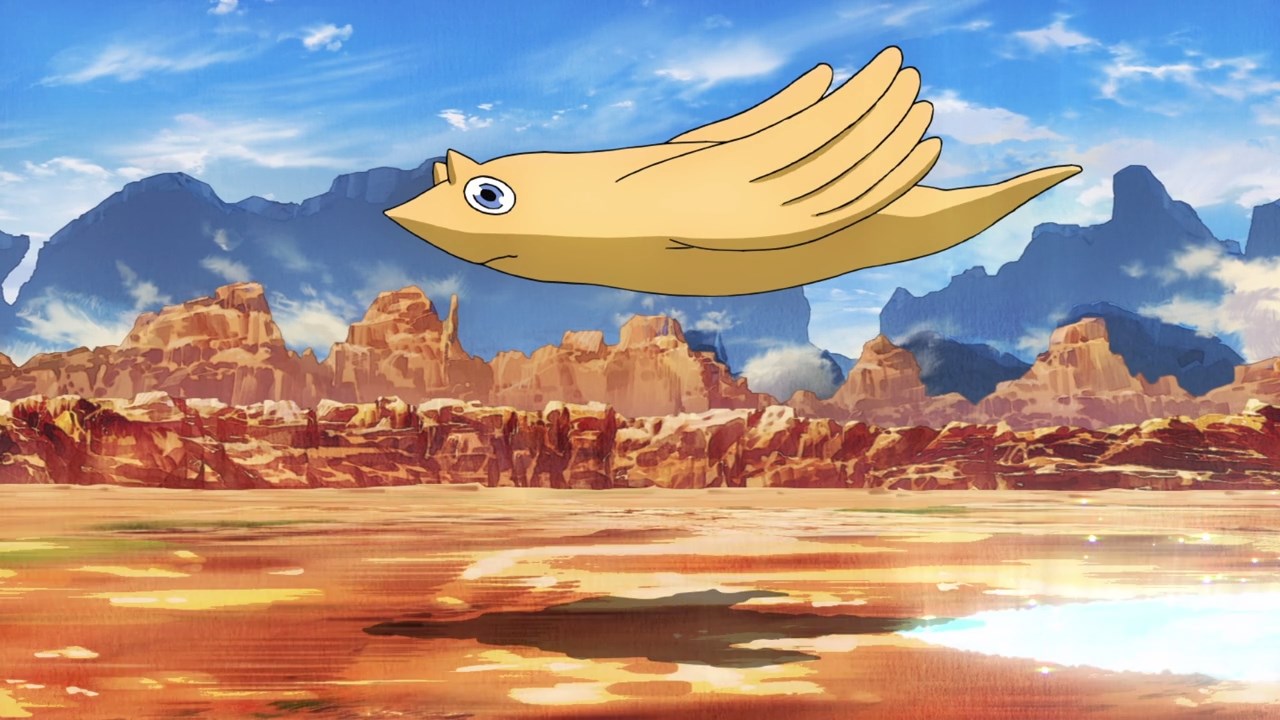 Oh yeah, and here’s her pet sea fish where it search for anything, even underground. Seems that things are looking good so far… 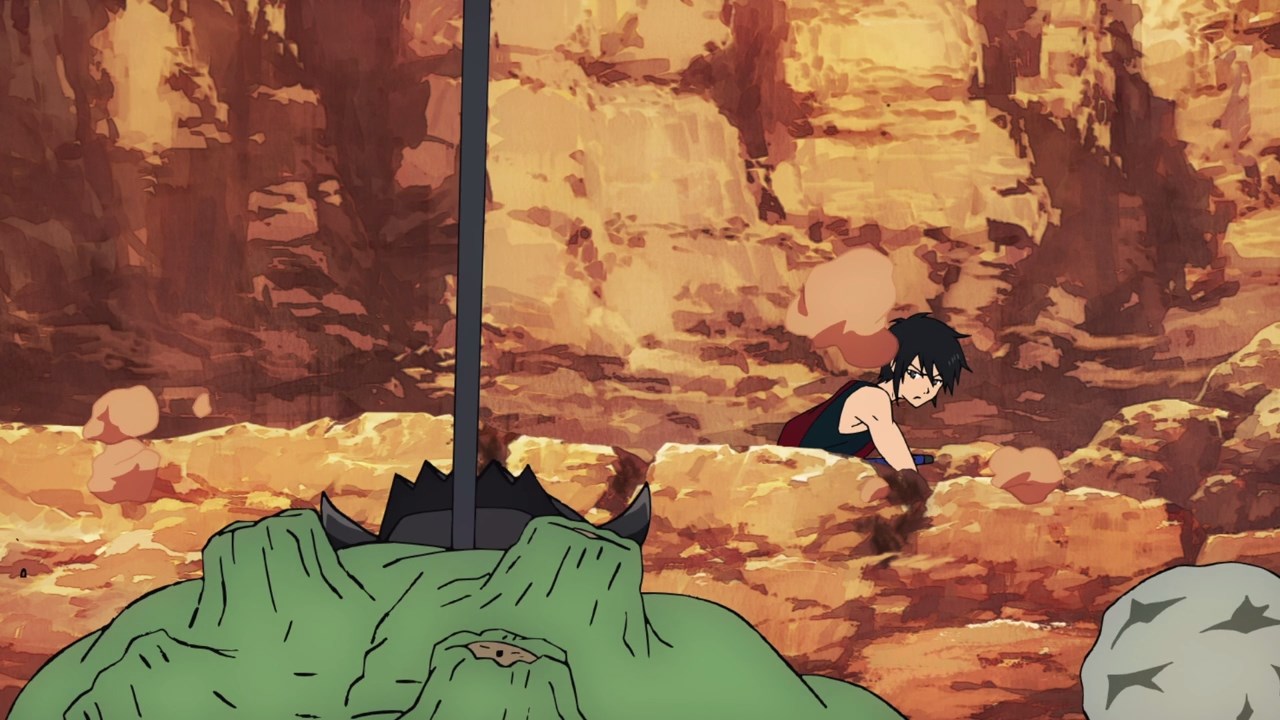 However, it seems that their plan to stop the barnacle goblins will fail as Paracule throw his spear to one of them, which he claimed that someone controlled his body to throw it. 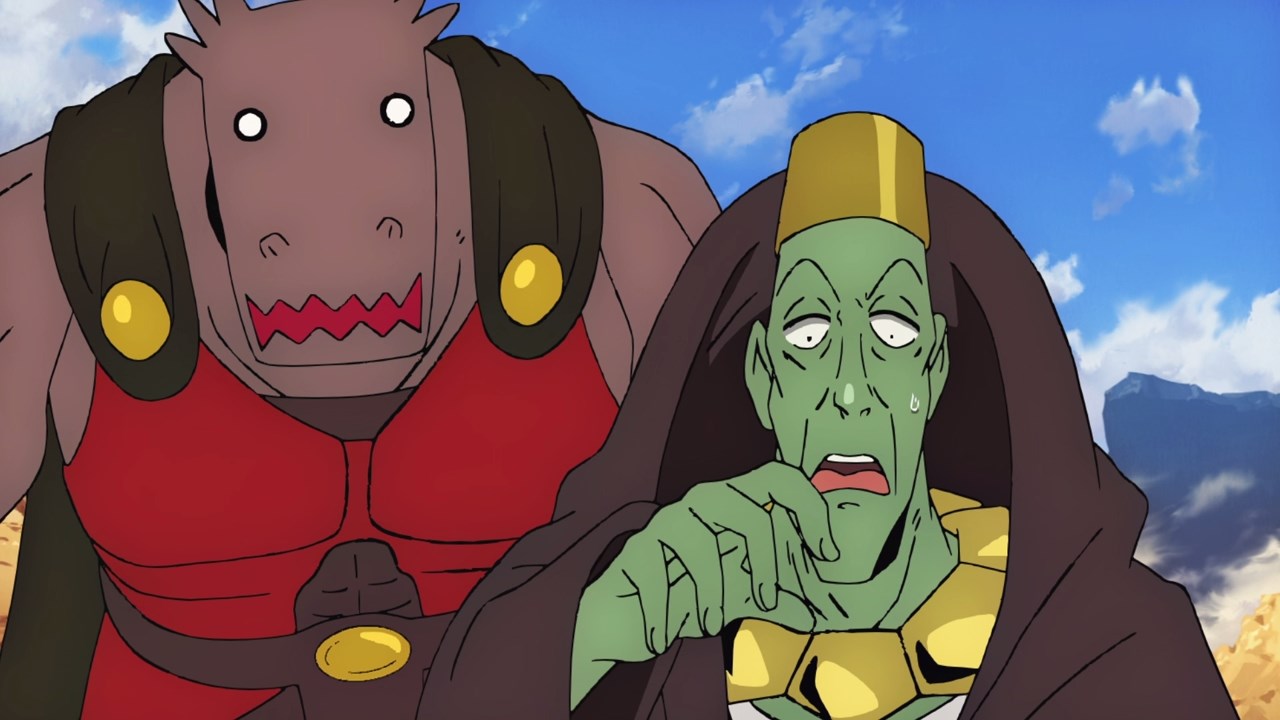 This puts both Rak Wraithraiser, who returned to his adult form, and Hatz at risk of being run over by a horde of goblins and their wetworms. Seriously, seems that someone is sabotaging the test! 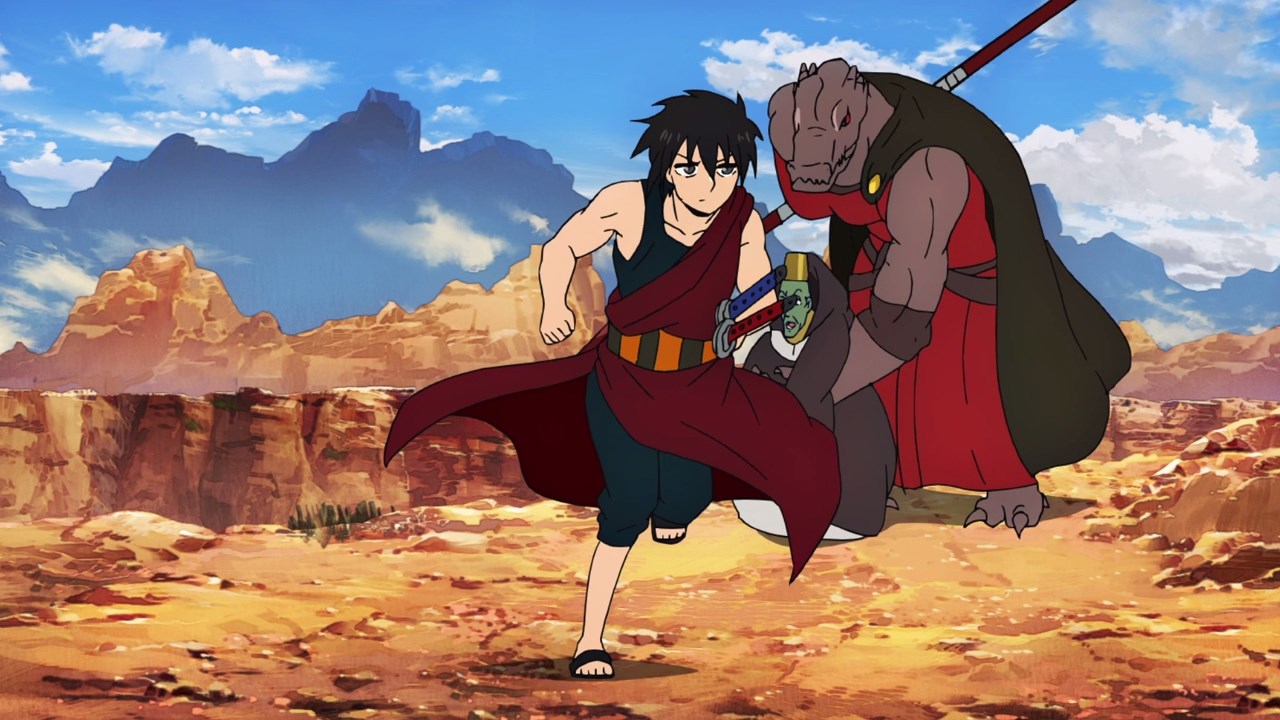 Anyways, time for Hatz to get the hell out of the area and regroup. Let’s hope that they’ll come up with another plan to stop the barnacle goblins. 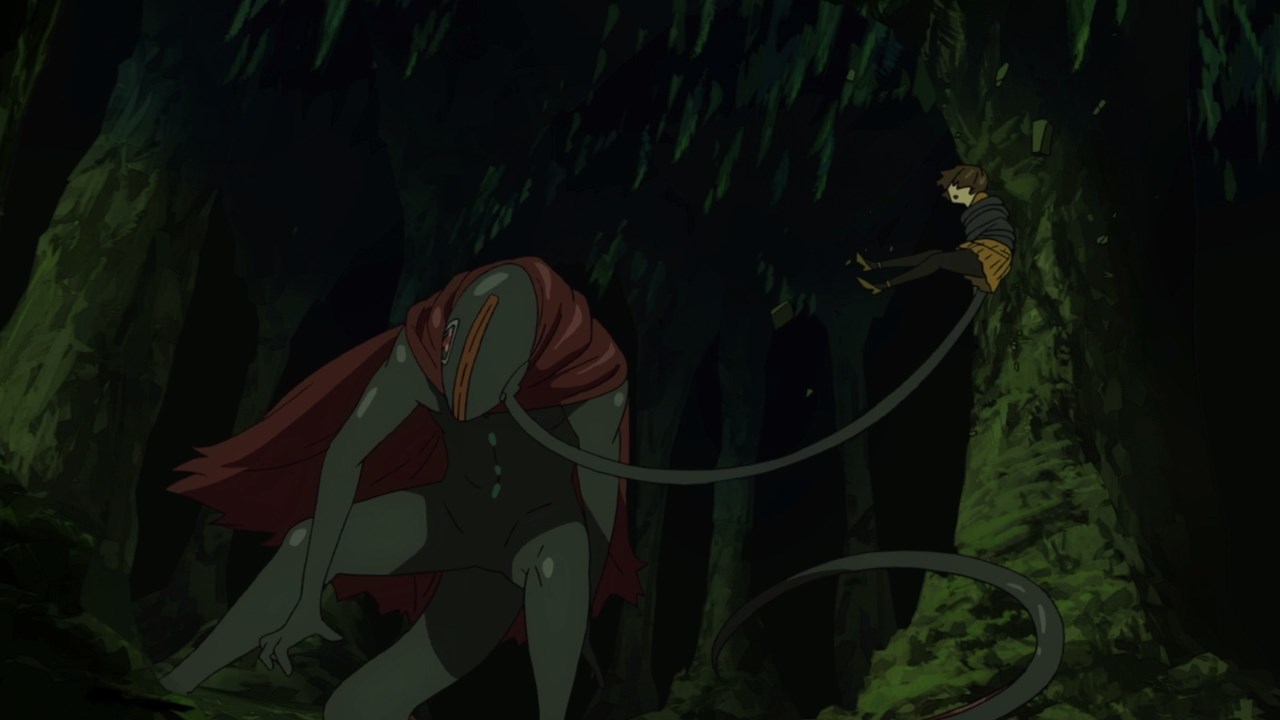 Let’s go back to the underground where Endorsi Jahad couldn’t beat the Bull on her own as the monster constricts Endorsi until she passed out, and then slam her to a pillar. 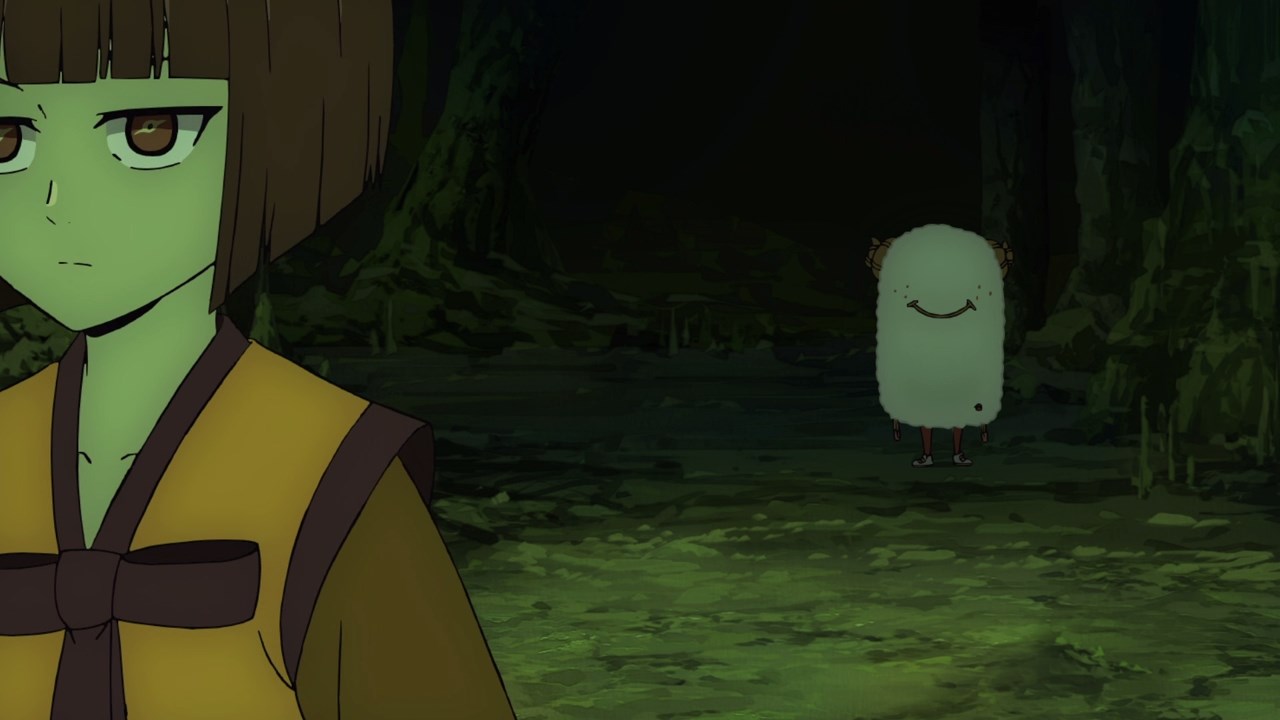 Well then, time for Anaak to take out the Bull by herself, but she was called by Lo Po Bia Ren where he wants to show something to her. 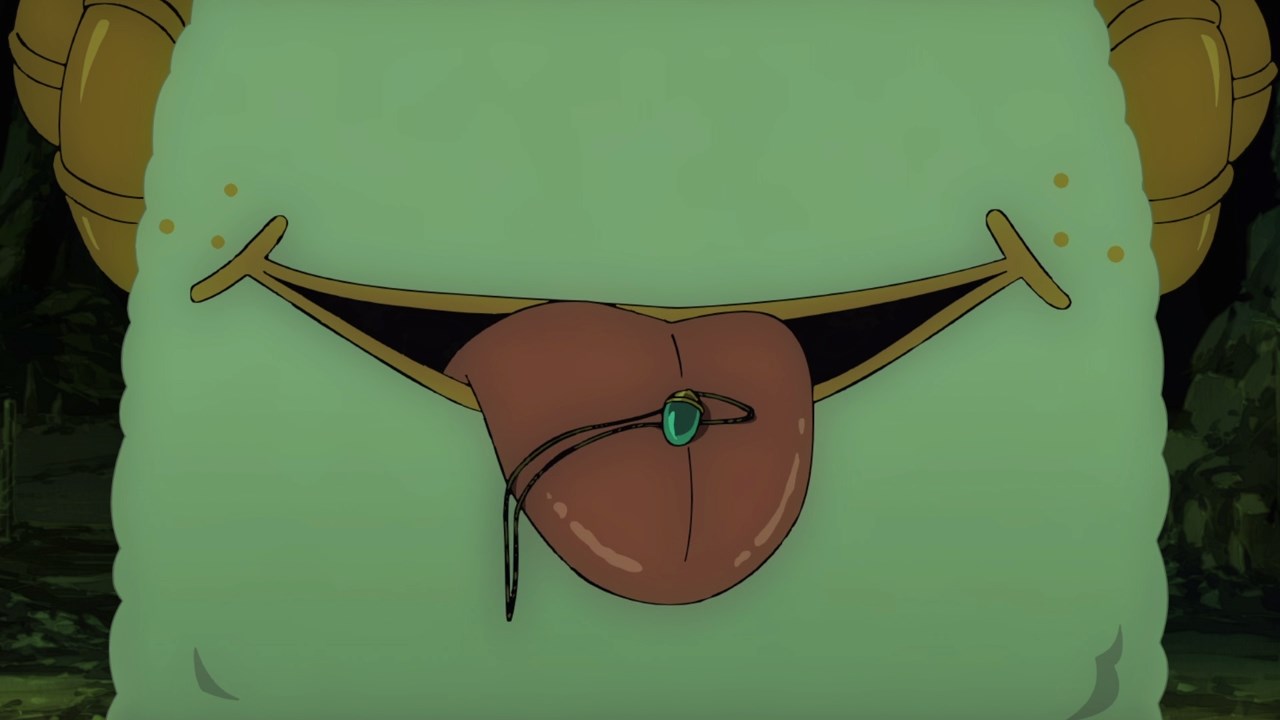 See this pendant? That belonged to Anaak’s mother. Wait, don’t tell me that Lo Po Bia Ren is the one who ordered his soldiers to murder the original Anaak Jahad? 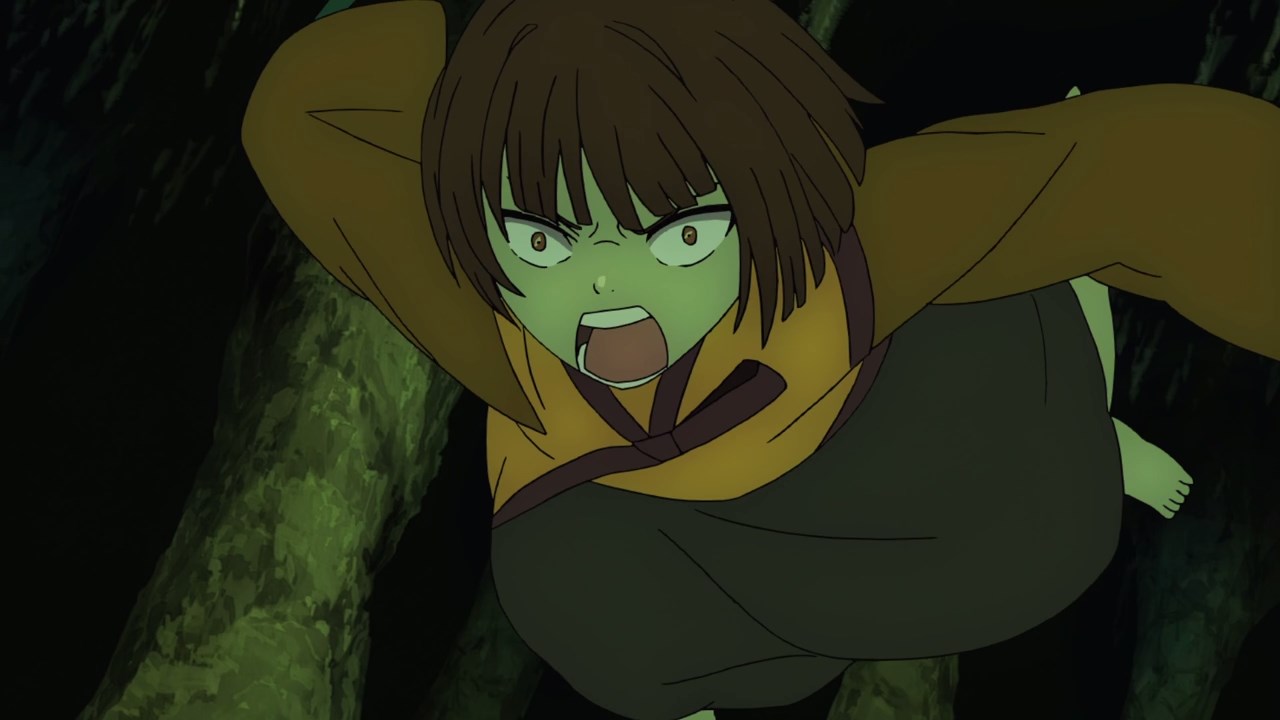 But this doesn’t sit well for the current Anaak Jahad where she got angry at Ren for killing her mother. After all, she’s born to avenge her mother’s death. 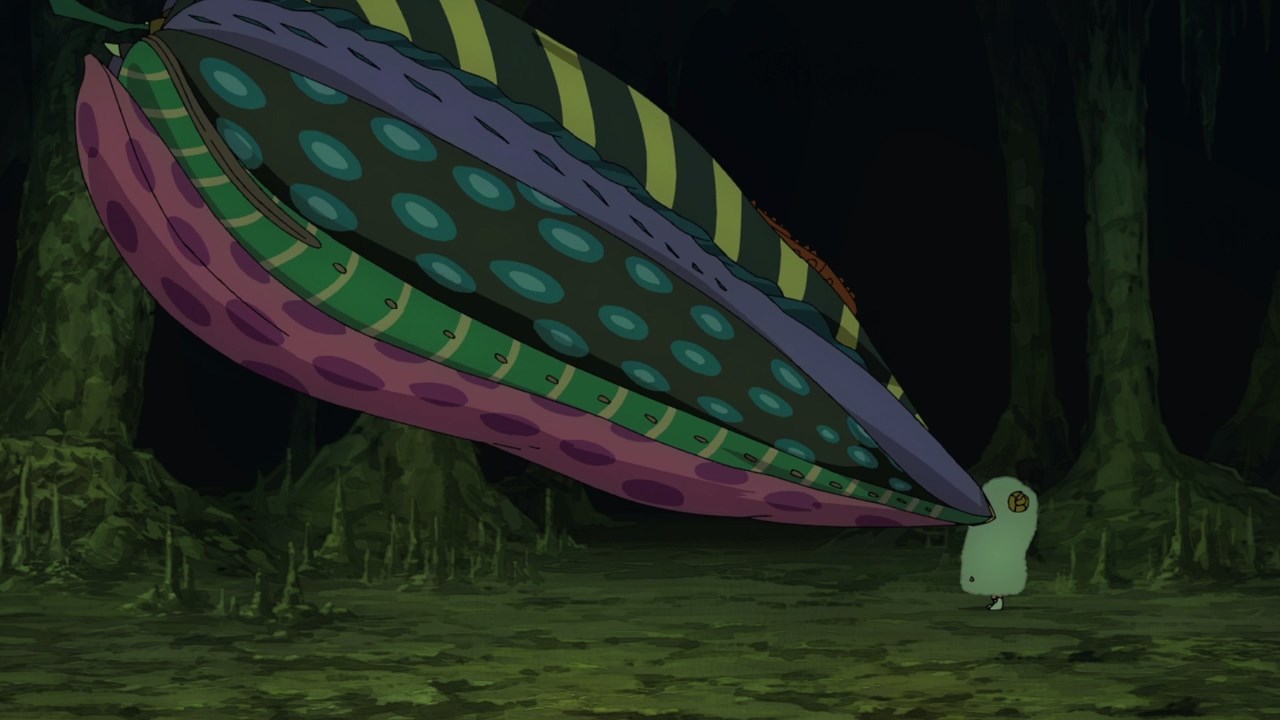 However, this Ranker is actually far more powerful than Anaak where Lo Po Bia Ren knocked her out with his hideous appendages. 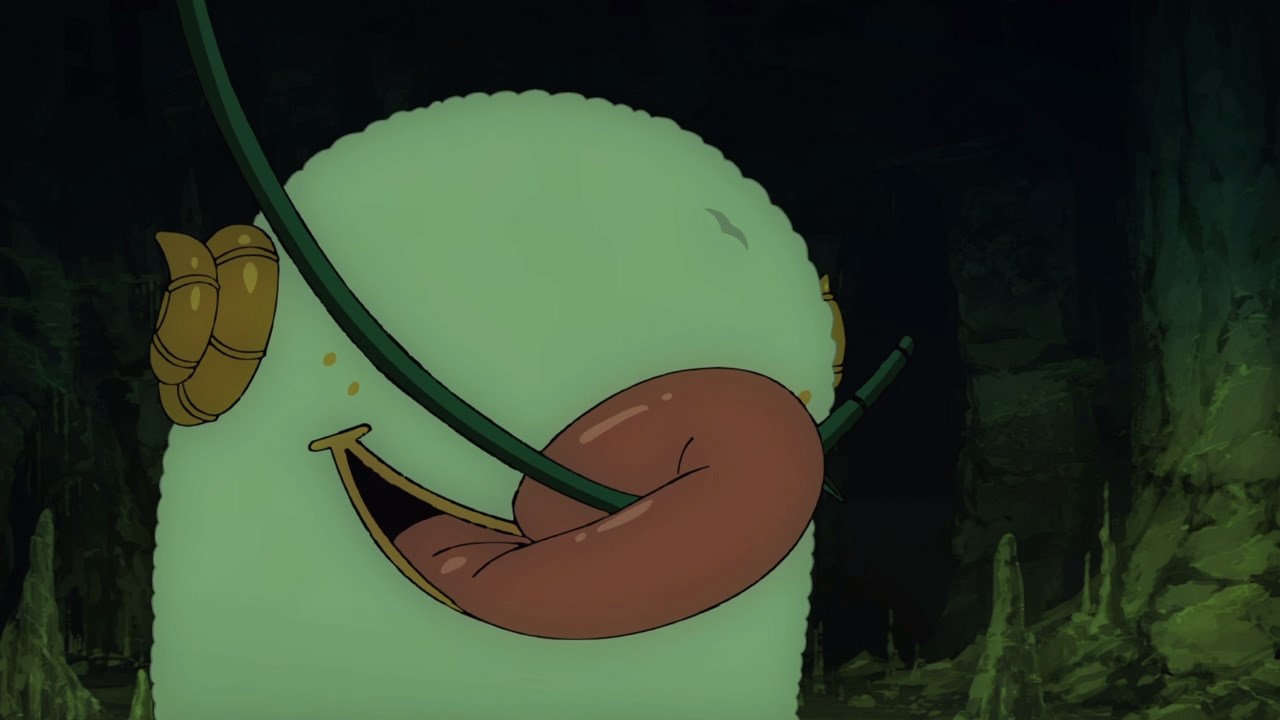 Not only that, but Ren took the Green April away from her. Let’s hope that he won’t take the Black March as well.

However, he’s not done on taking the weapon from Anaak as Lo Po Bia Ren wants to torture her because it’s more fun than accomplishing his mission. 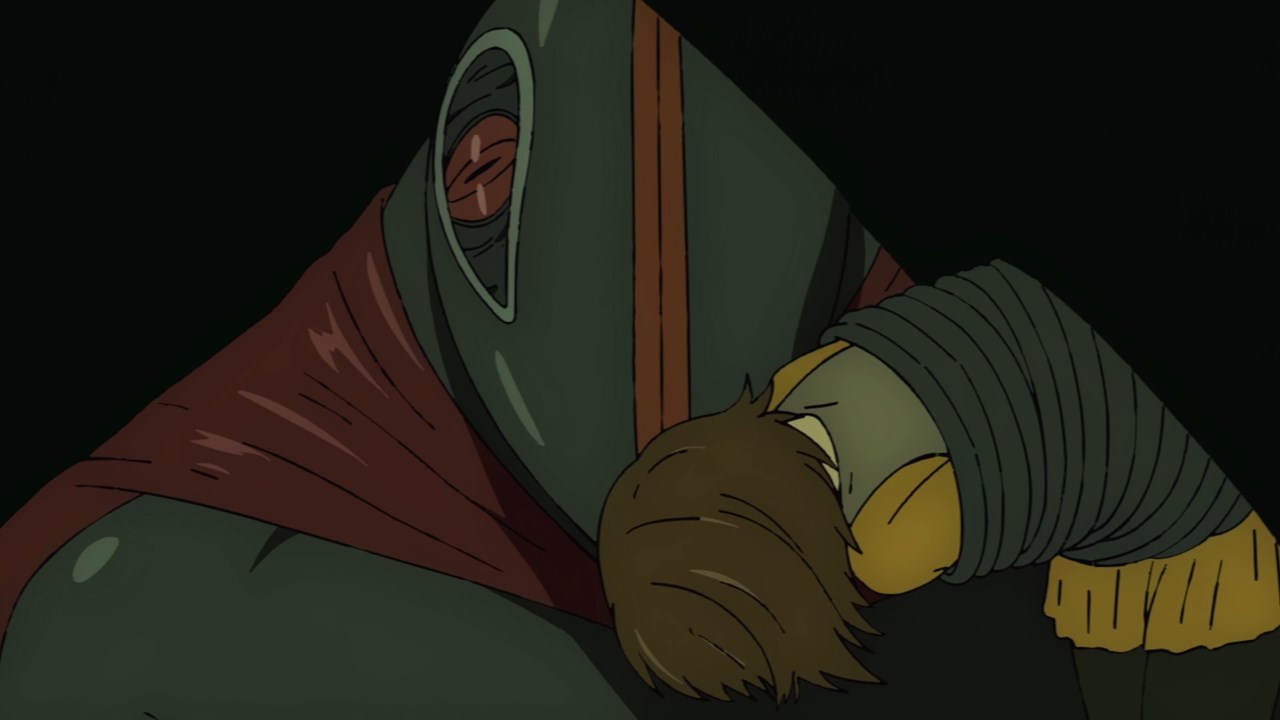 Oh and one more thing, it turns out that Lo Po Bia Ren is controlling the Bull. So wait a minute, does it mean that he also briefly control Paracule as well?

At this point, it appears that Ren wants to deliberately ruin the test and man, I really hate his guts for screwing both Bam and Rachel over. Anyways, tune in next time!