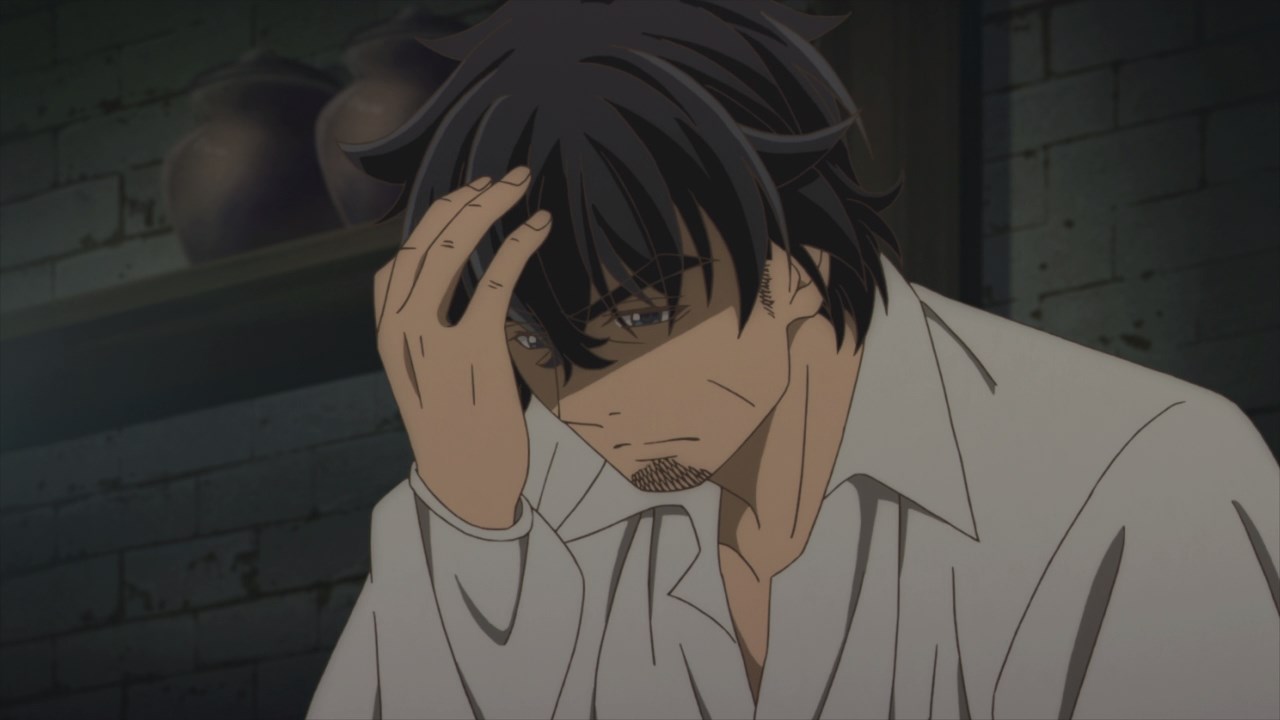 Well, here’s Leo as he does his usual thing of painting for various clients. And yeah, it’s very quiet without Arte around. 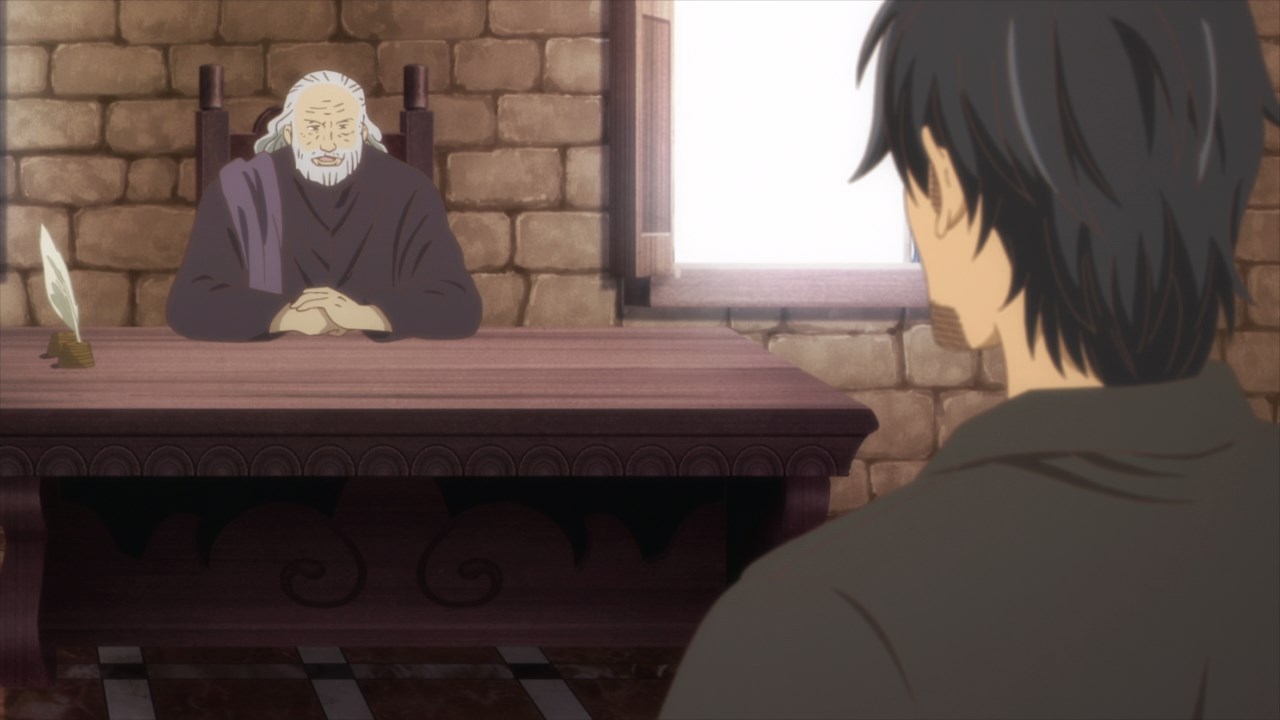 One more thing, seems that Ubertino offered a job that Leo can’t refuse as he’ll paint a ceiling mural at a famous church.

While Leo will accept the job, it’s weird that Ubertino didn’t ask him in regards to his apprentice. 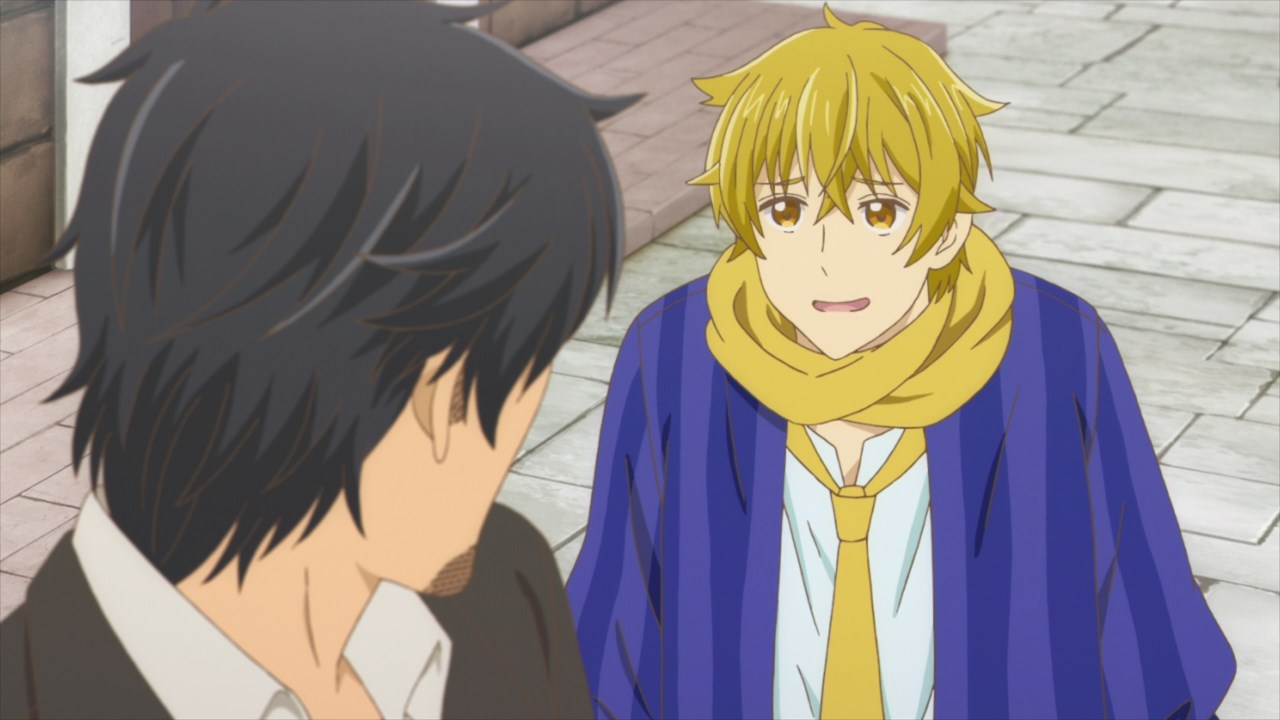 Also, here’s Angelo Parker where he asked Leo on when will Arte return to Florence, although Leo doesn’t remember Angelo very much as it’s his first time meeting this young man. 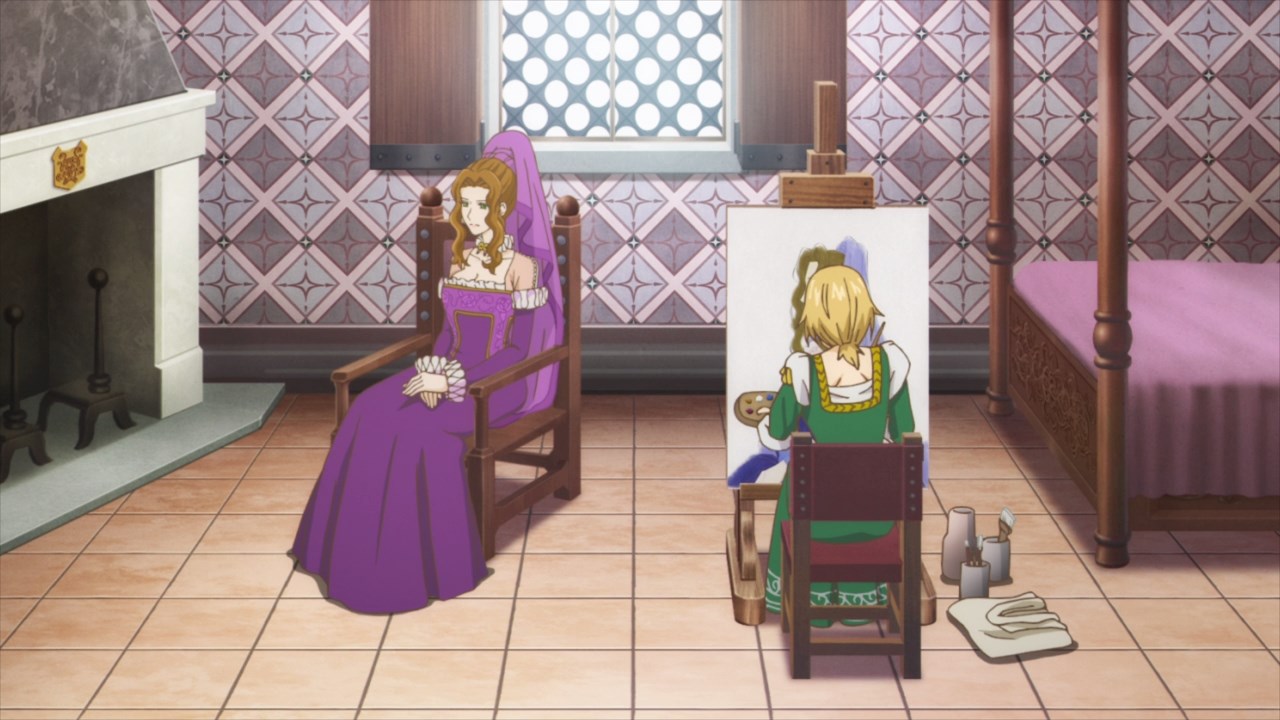 Now then, let’s return to Venice where Arte is still at the Falier residence as she continues to tutor Catalina, as well as painting a portrait for her and Lady Sofia.

Of course, Lady Sofia’s portrait painting takes priority as Arte will make sure that she not only satisfy the customer, but also create something that’s truly magnificent. 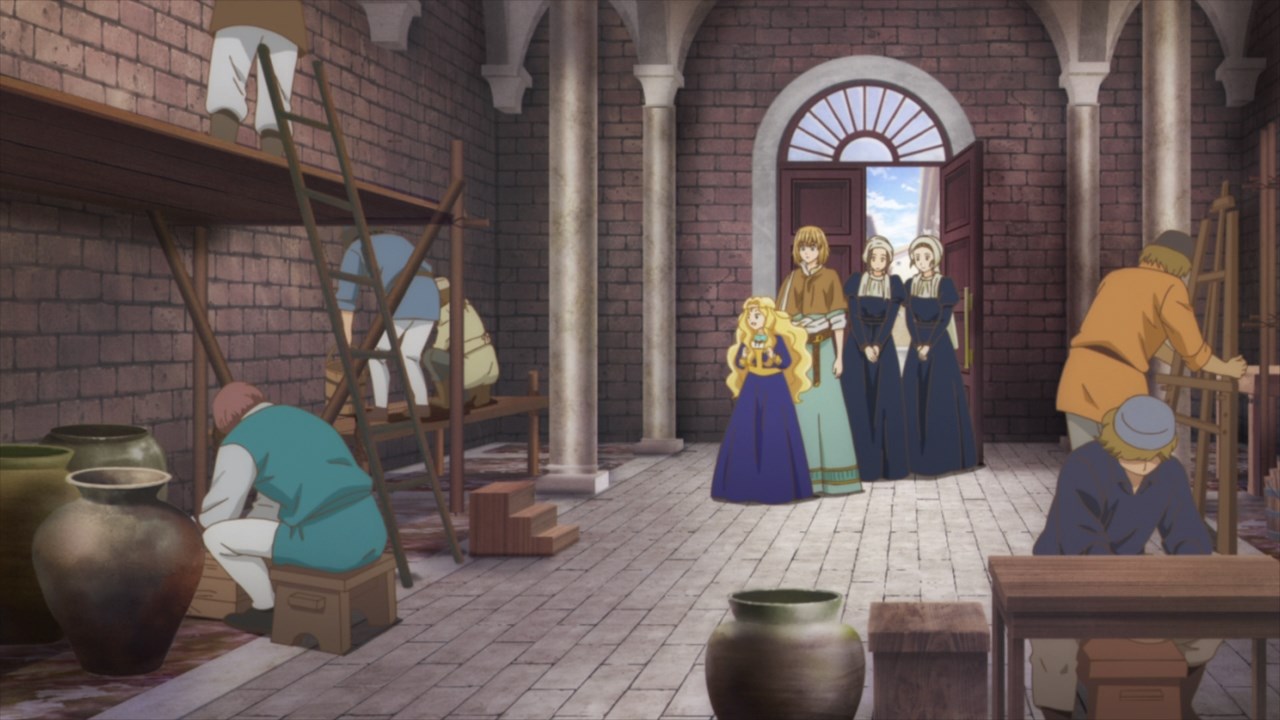 After a bit of work on Sofia’s portrait painting, Arte went to a workshop together with Catalina and her two maids, although we’ll never know the name of the other maid other than Daphne. 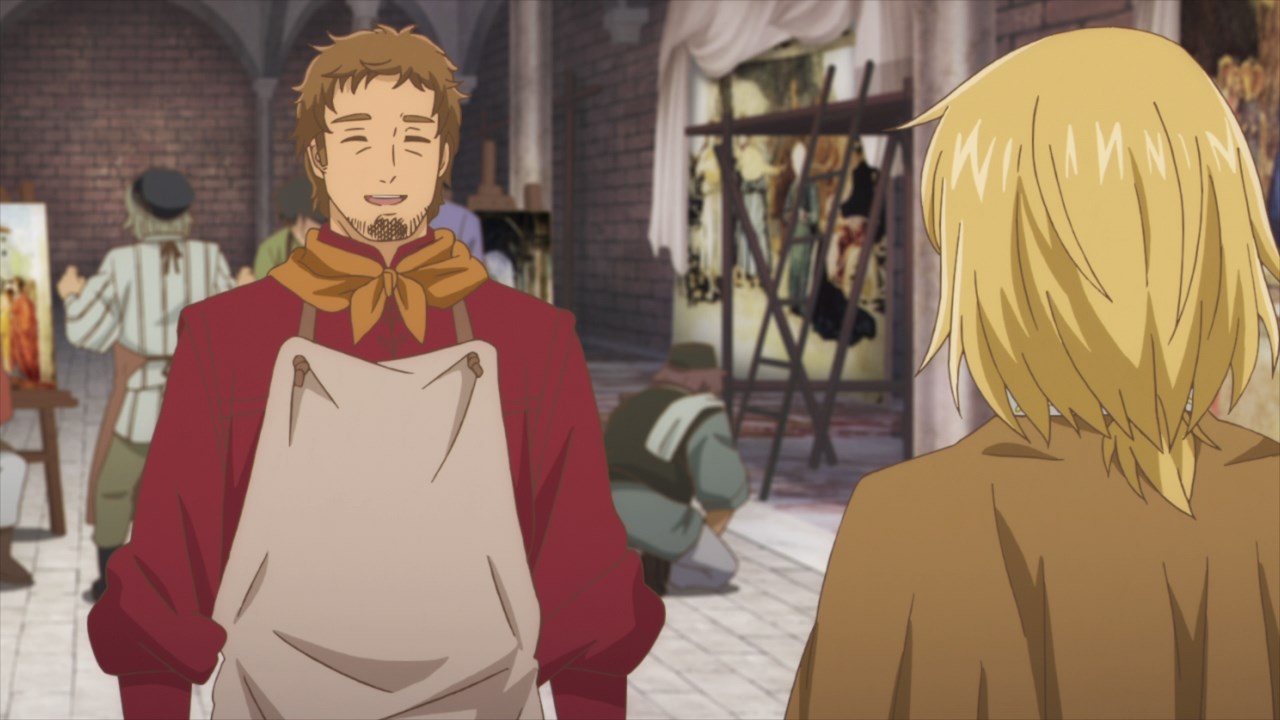 On the other hand, here’s one apprentice who’s surprised, yet felt respected that a noblewoman becomes an artisan.

This is Matei and he’s impressed and respects Arte for taking the difficult path in the world of fine arts. Of course, there are some people who dismisses Arte’s path because of her gender. 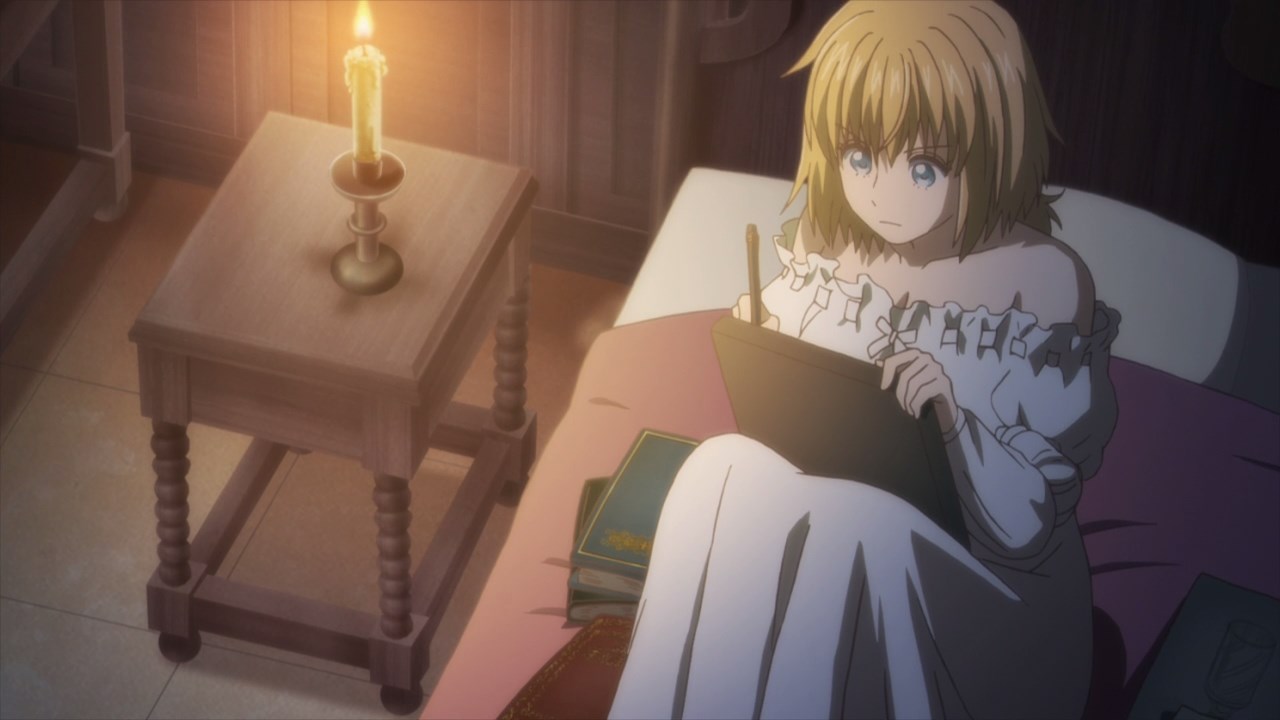 Still, Arte wants to prove that she can do better so that everyone would accept her, therefore Arte decided to study and paint until the evening.

While it’s nice that she’s diligent, Arte needs to take care of her health ’cause that would be a problem if she’s sick. 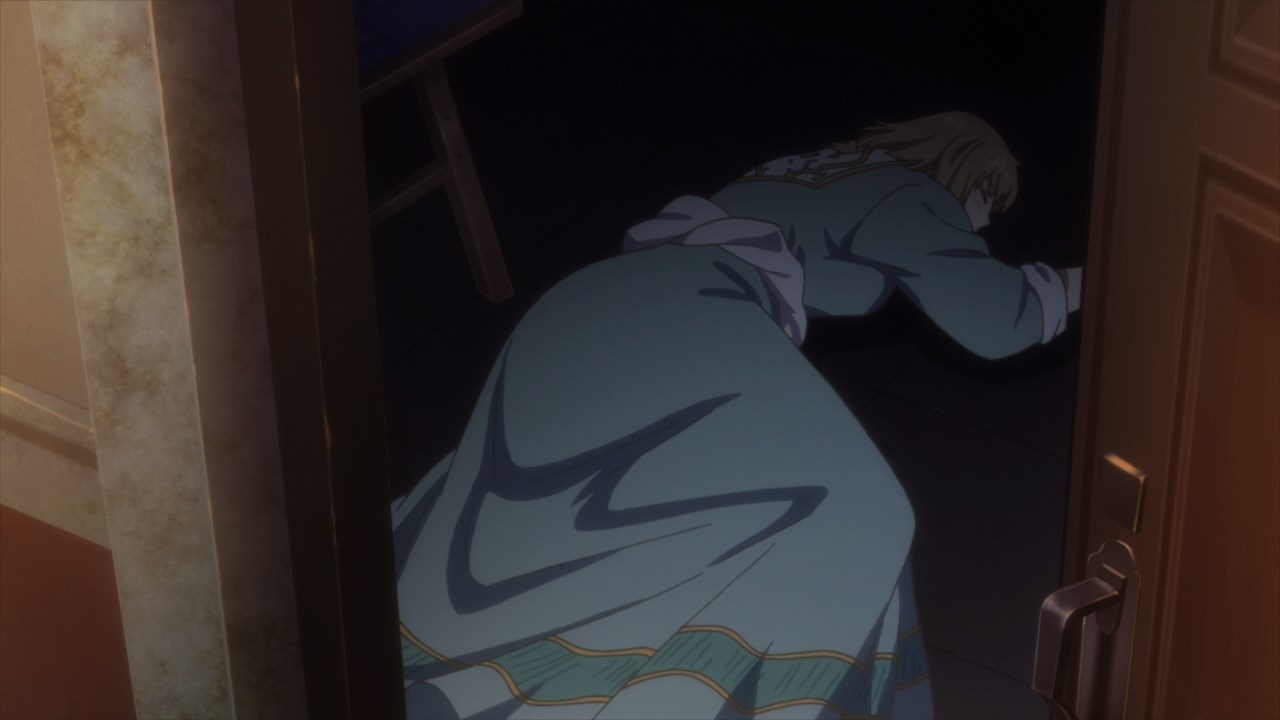 And, it seems that the worst thing has finally happened as Arte collapsed while painting in the middle of the night. 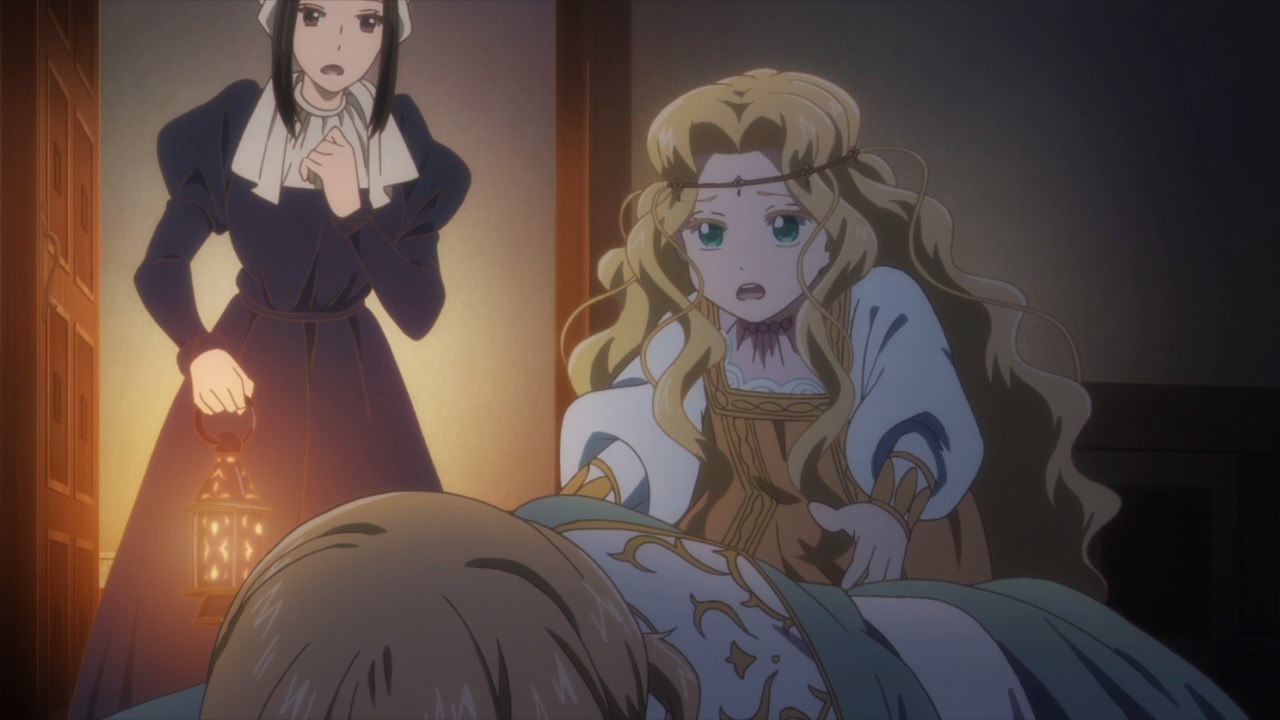 For the likes of Daphne and Catalina, they’re pretty worried that the tutor/painter fainted as she skipped meals to focus on sketching. 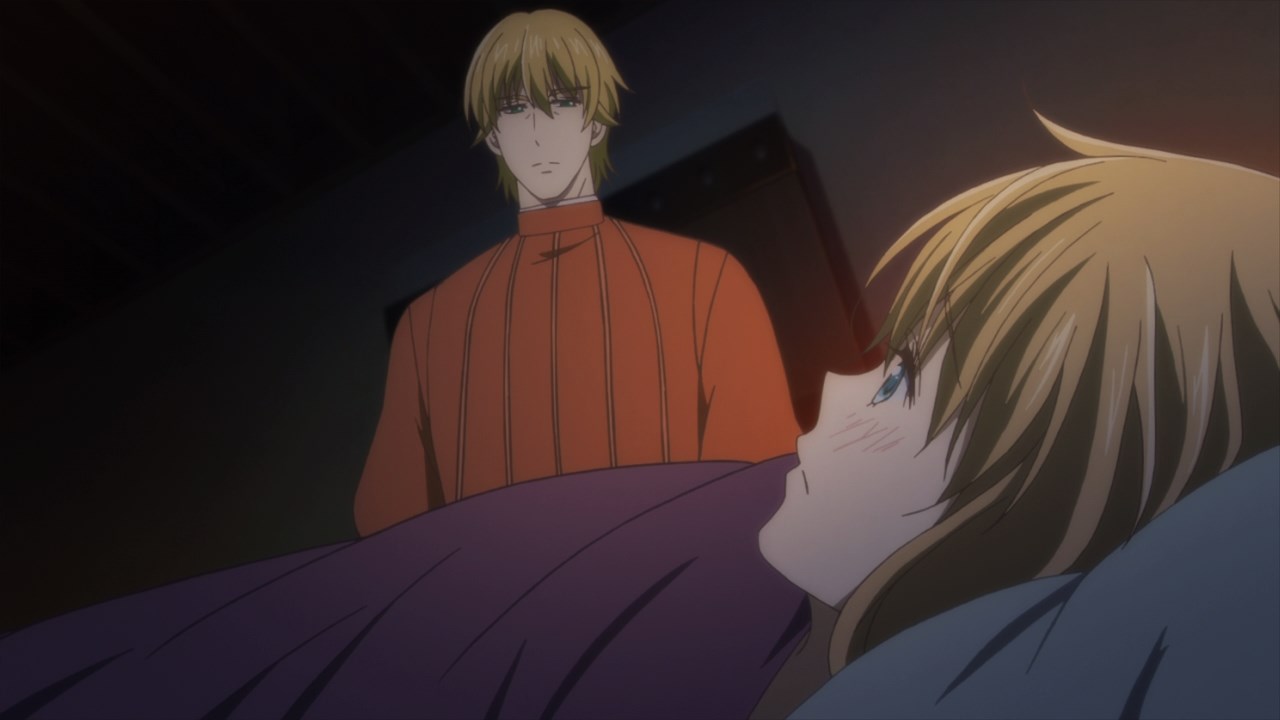 Well, time for Arte to take a rest for the time being as Yuri told her to stay put until her health is back to normal. C’mon, Yuri doesn’t want his niece getting distressed because her tutor got sick. 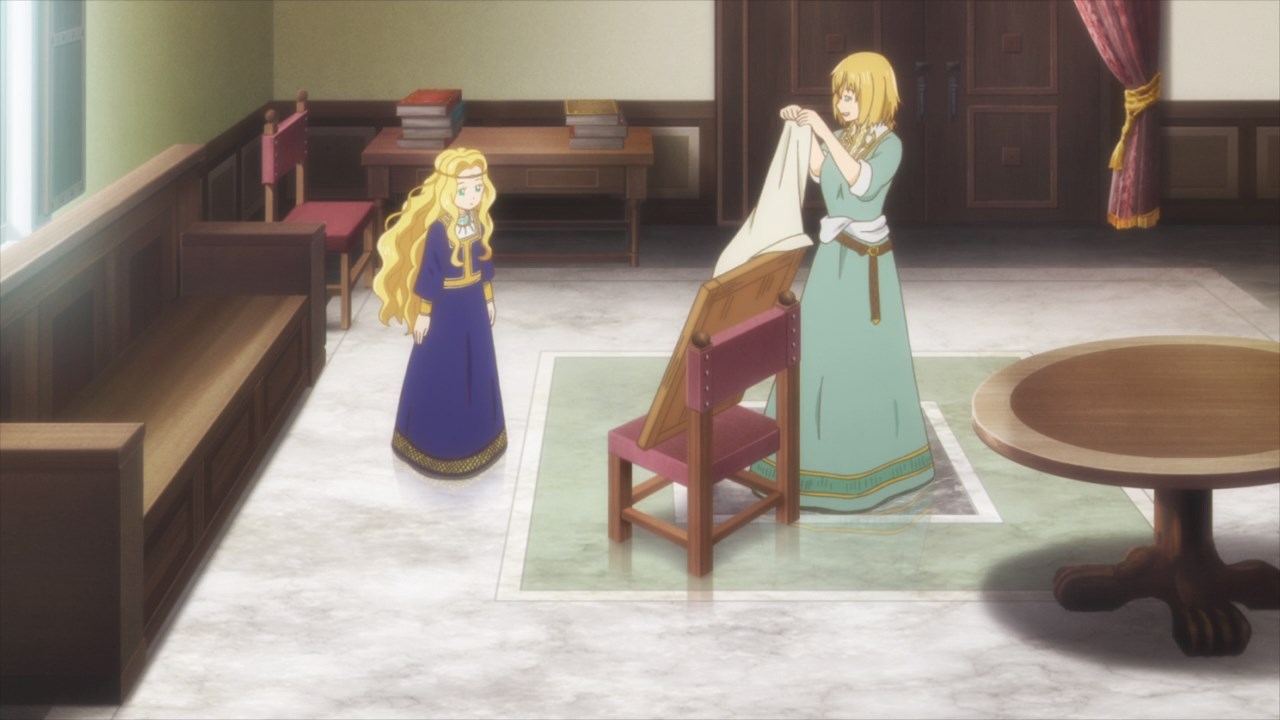 But after a nice long rest, seems that Arte has finally finished a portrait painting for Catalina as she showed it to Yuri’s niece. 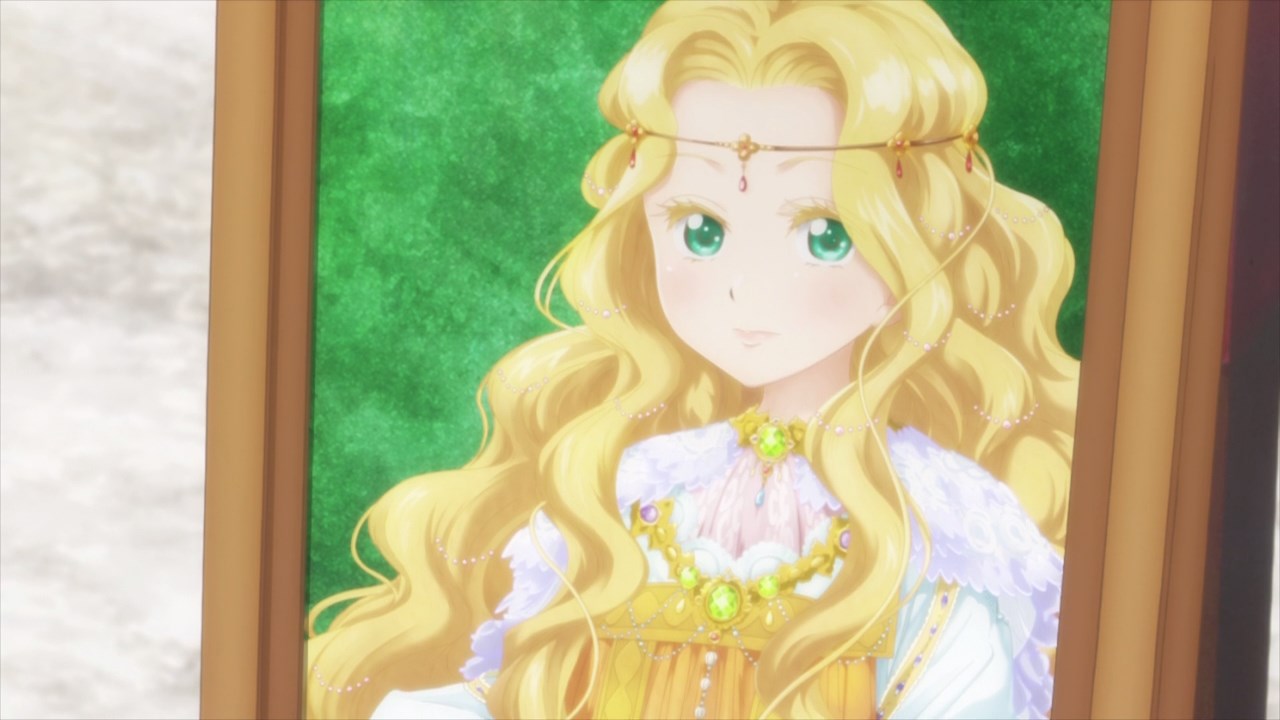 And really, it looks stunning that Arte put more effort on making the best portrait for Catalina. Of course, I wanna see if she finished Sofia’s portrait painting. 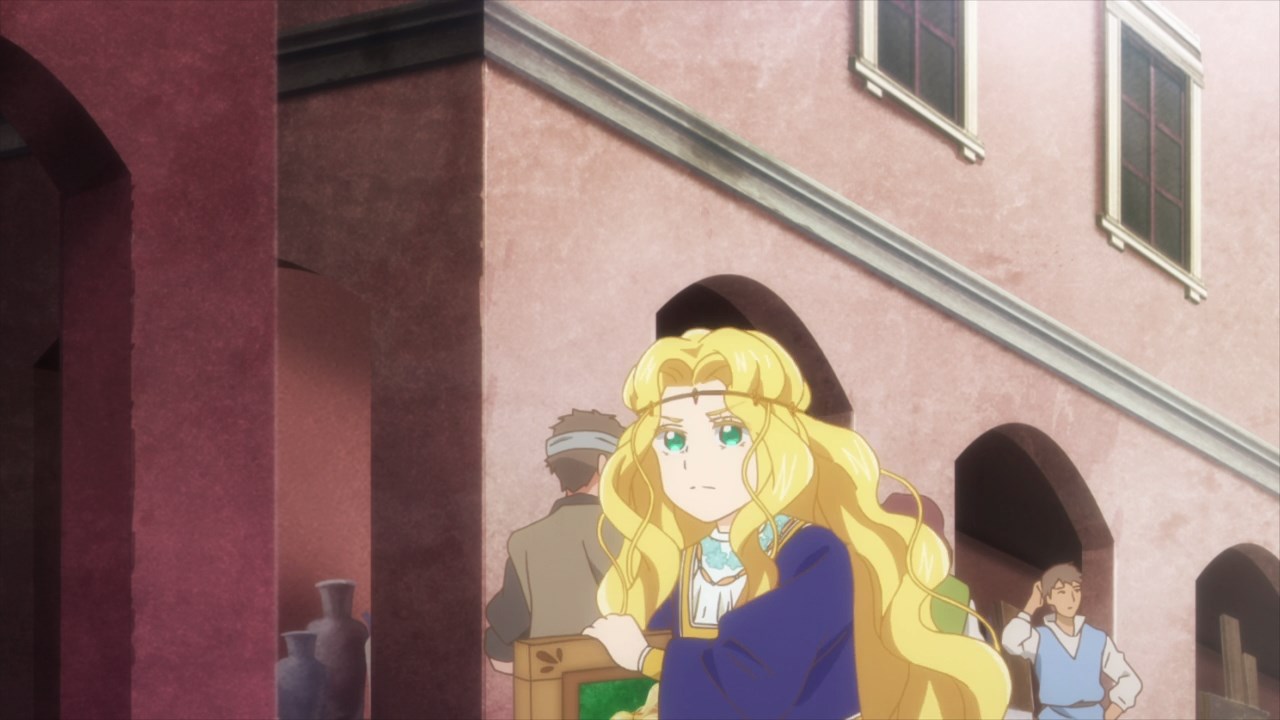 Anyways, Catalina took the painting and went outside where she wants to show it to someone… 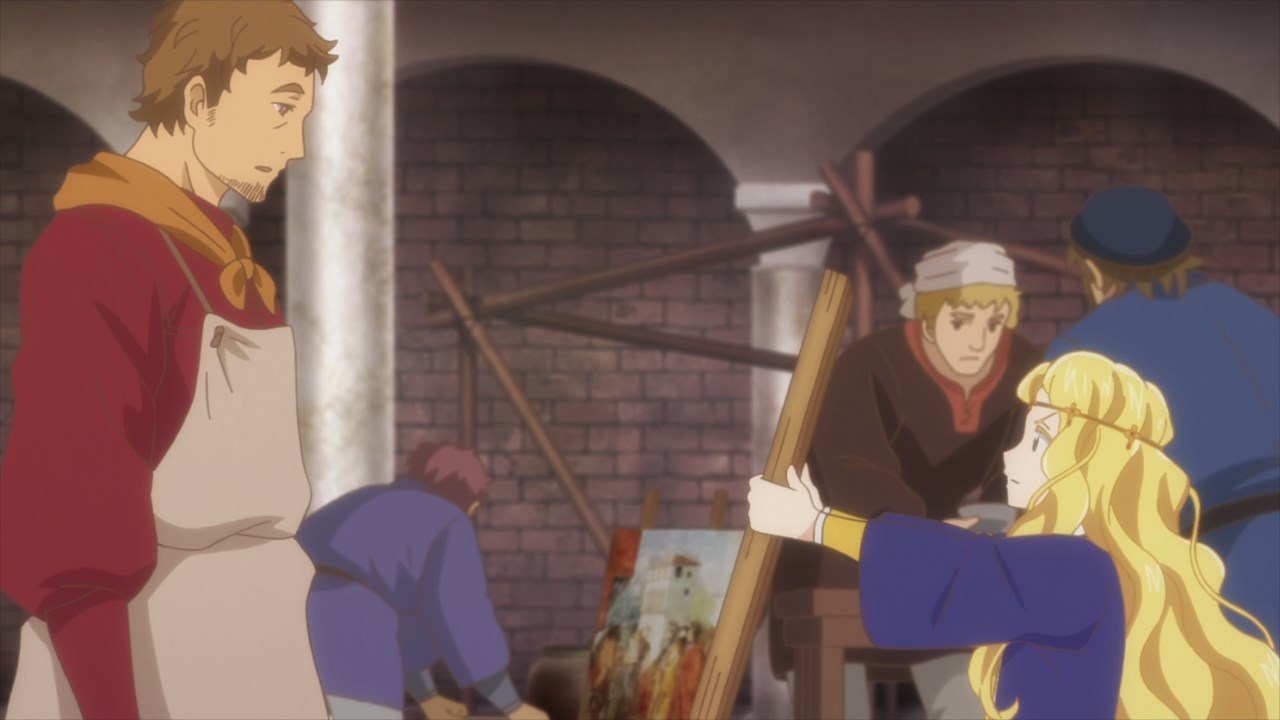 Someone like Matei where Catalina told him that Arte can make amazing paintings just because she’s a noblewoman.

And while he knows that Arte is amazing, it seems that Catalina is making a misunderstanding or just flaunting on how her tutor is great despite her status. 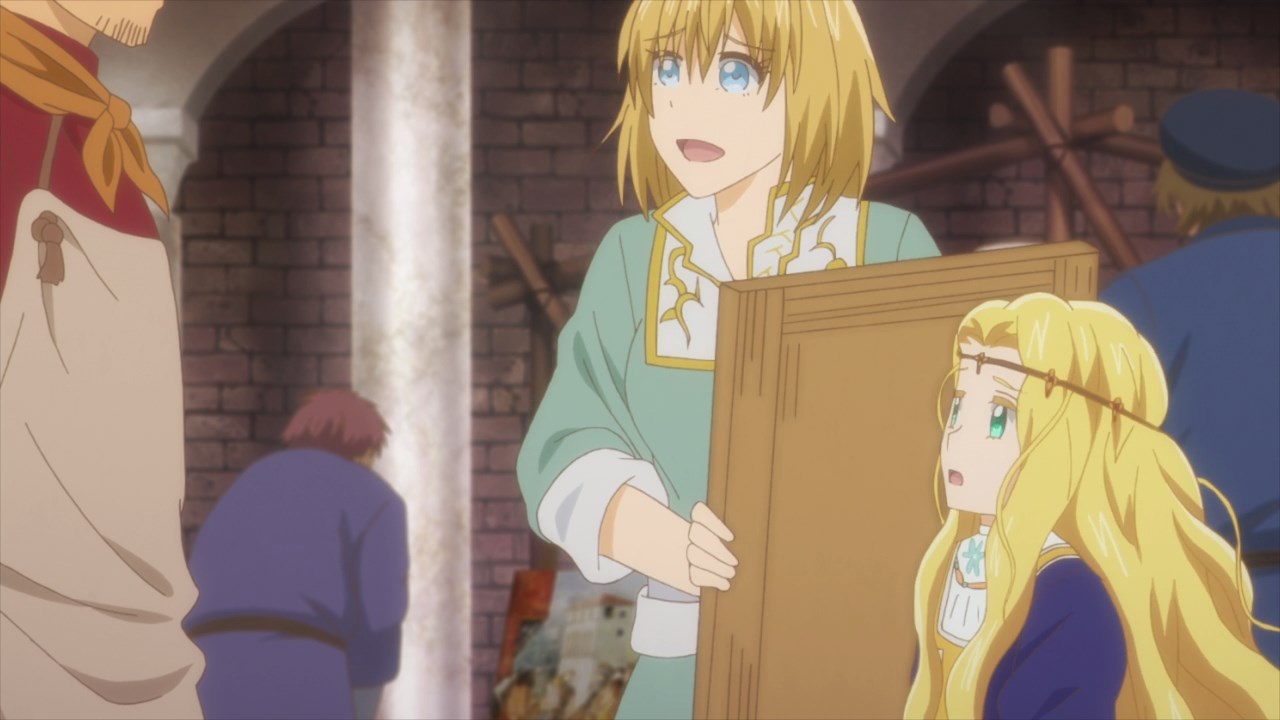 But here’s Arte as she’s here to take Catalina back to her home and apologize for the trouble she caused. 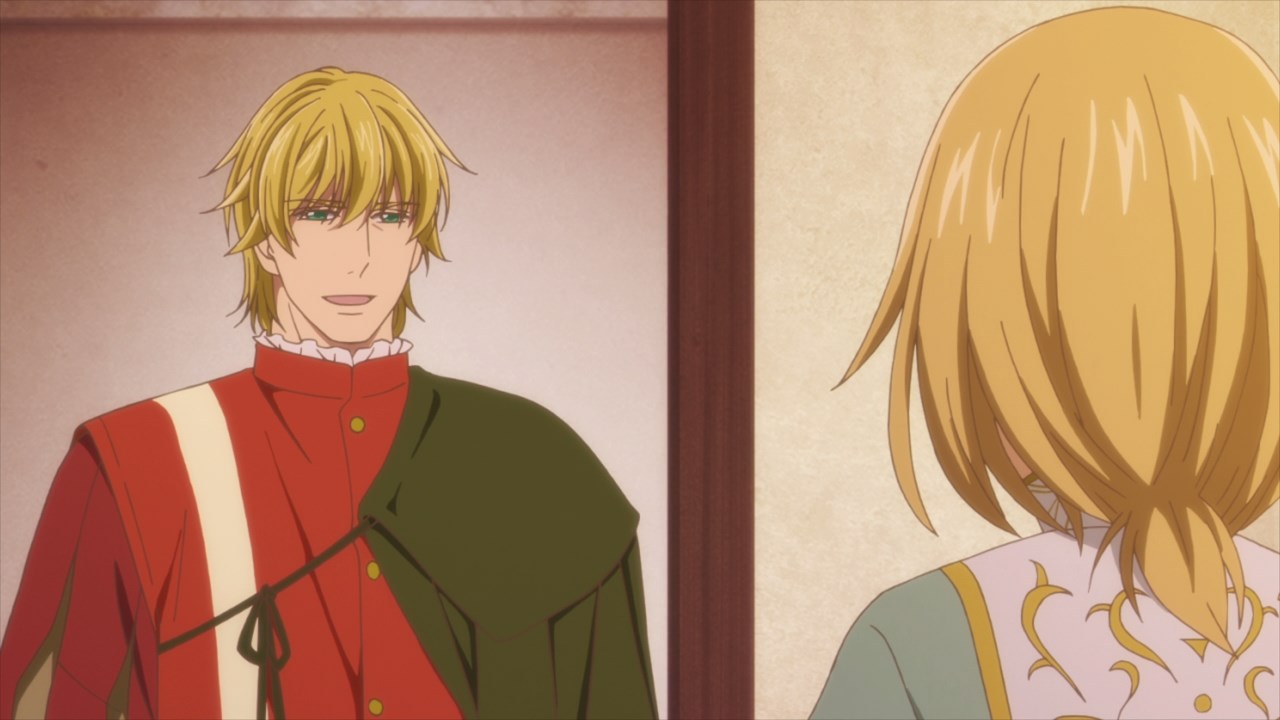 However, Yuri Falier asked Arte if she can stay in Venice indefinitely where he’ll continue to be her patron. Of course, Arte really want to see Leo again but there will be a time that she’ll have to graduate as his apprentice. 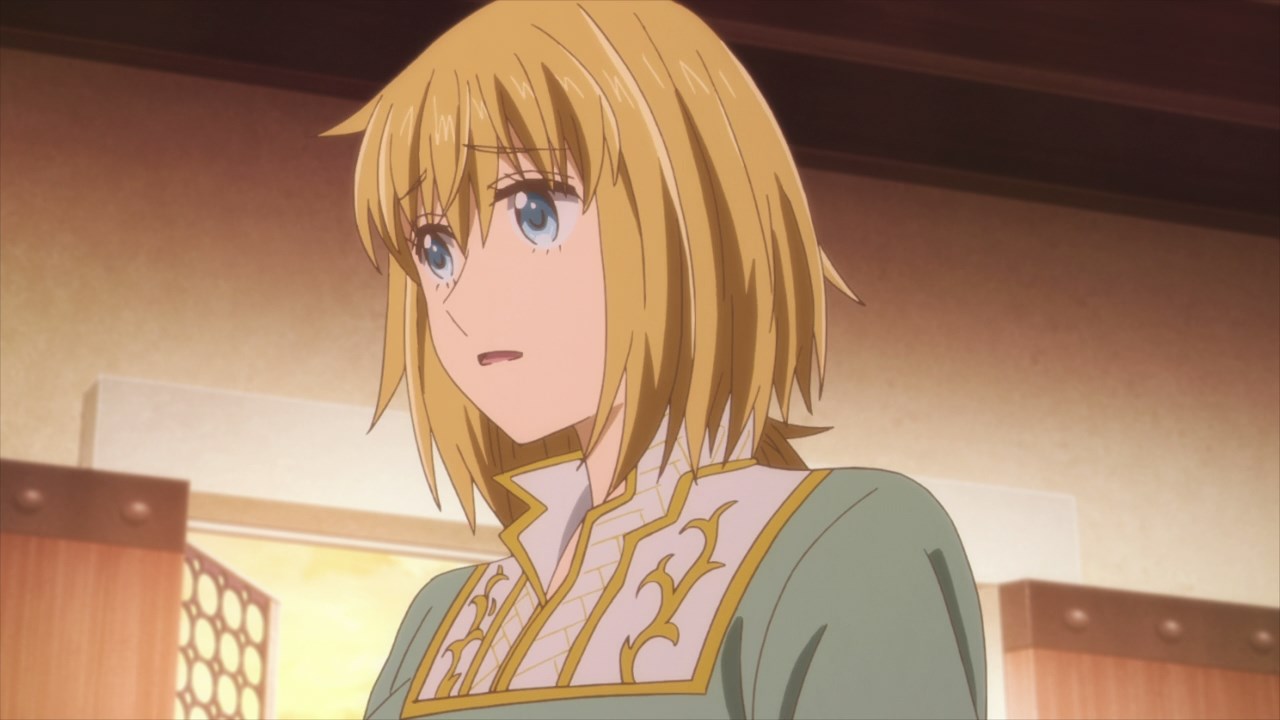 But that’s about it on this penultimate question where she’ll make an important decision in her life. While things are getting better in Venice, let’s not forget that Arte will have to reach her dreams as a fully-fledged artisan across Italy.

Anyways, tune in next time for the final episode and I hope that her decision would be a better one.