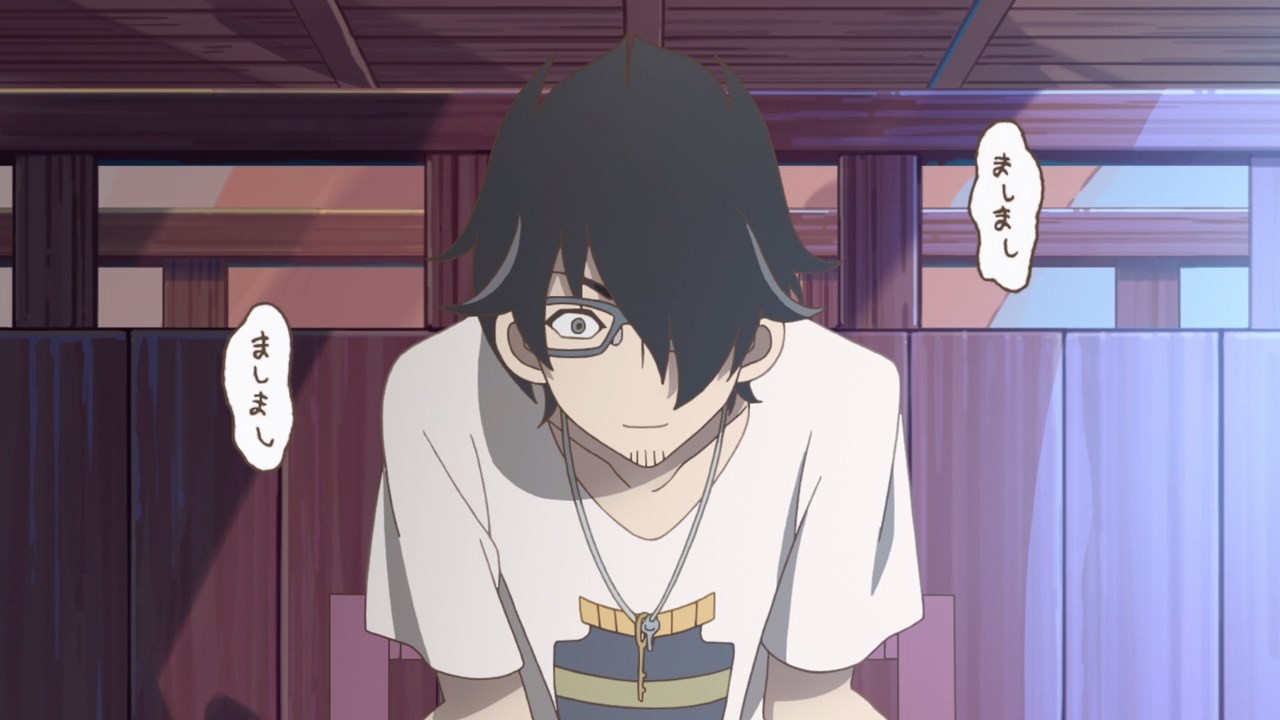 Well, this is pretty late but I’m here to talk about an anime series based on Koji Kumeta’s latest manga. You might know Kumeta-sensei for his famous series Sayonara, Zetsubou-sensei.

And yes, this is what Kakushi-sensei is drawing… in Weekly Shonen Mangazine. Oh and here’s the thing though as he doesn’t want his daughter Hime know about his career as a mangaka. 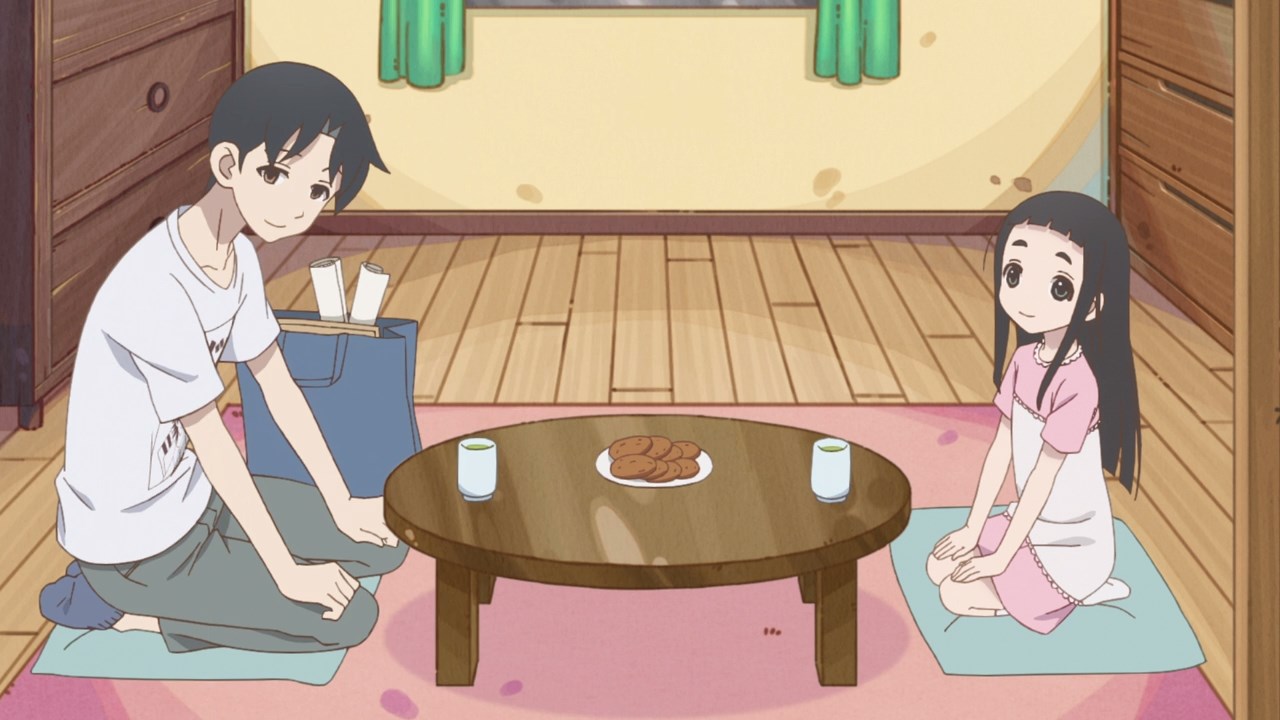 Now then, let’s start the series where Kakushi Goto got a new editor named Satsuki Tomaruin where he wants to see the mangaka in person, although Kakushi-san is shocked that the Satsuki-san is with his daughter Hime. 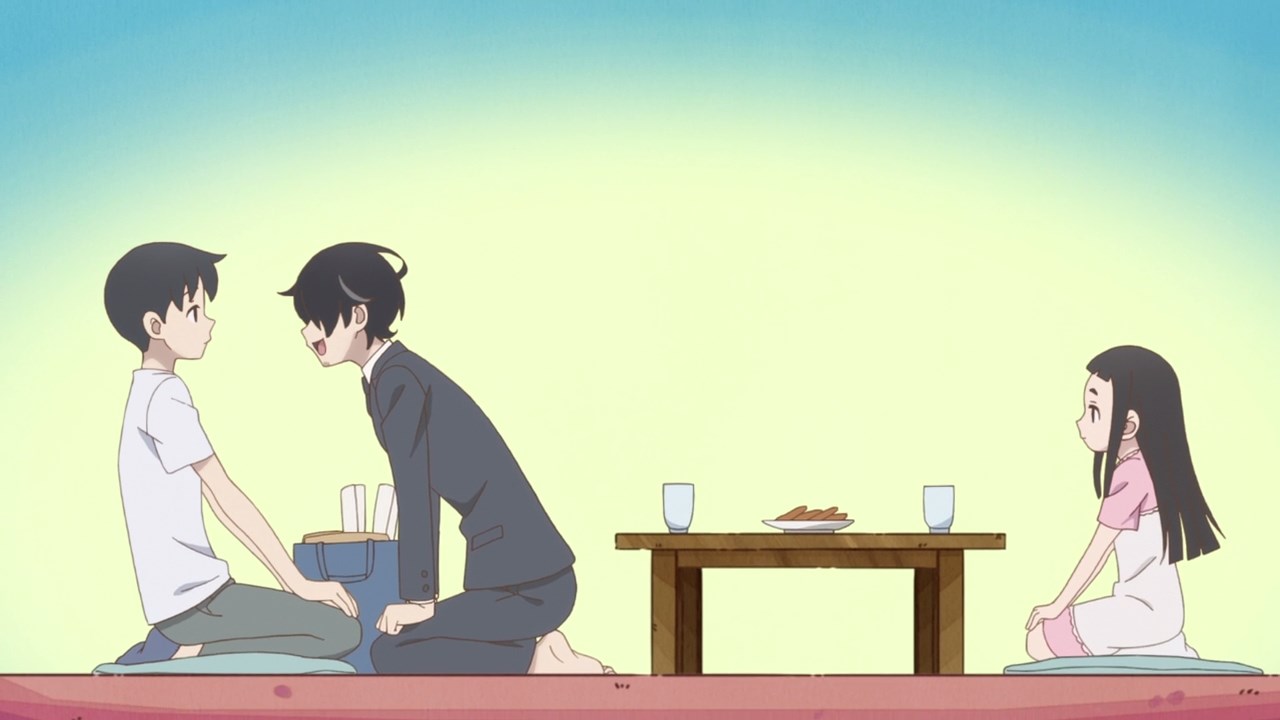 Hell, Kakushi went a bit closer to his new editor that he’s blocking his T-shirt, which featured the main character from his other manga titled Kaze no Tights. 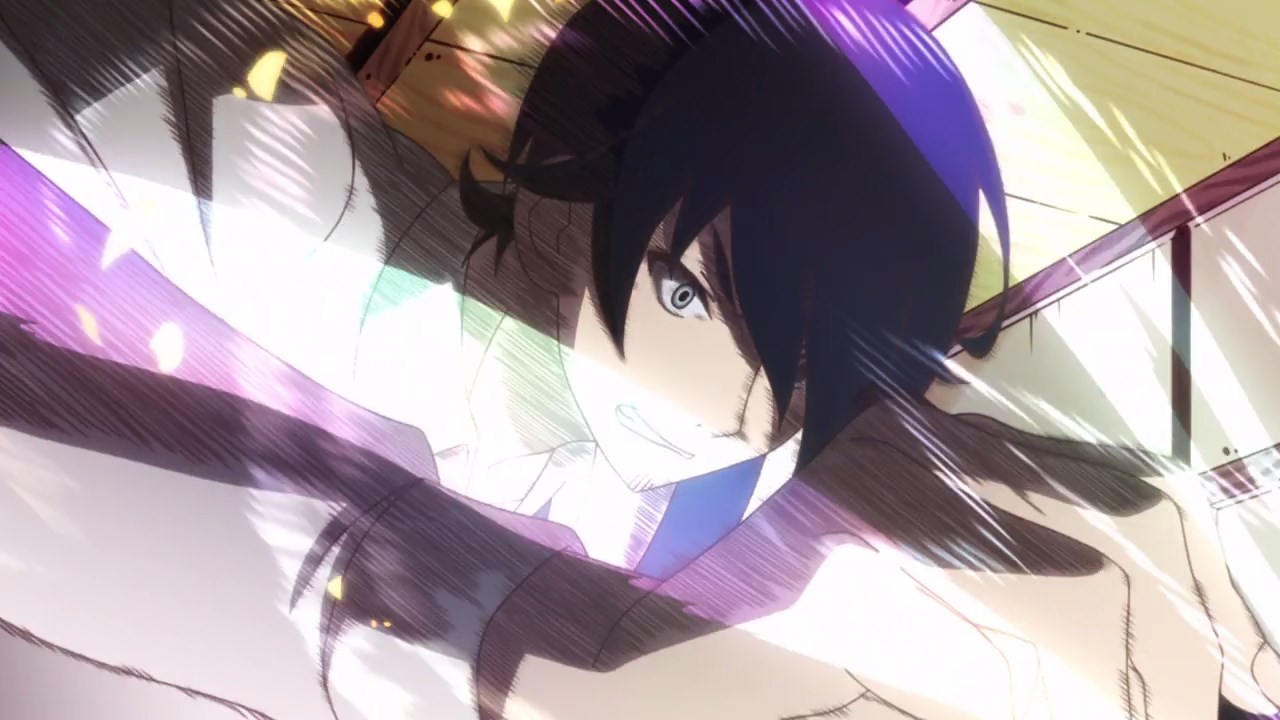 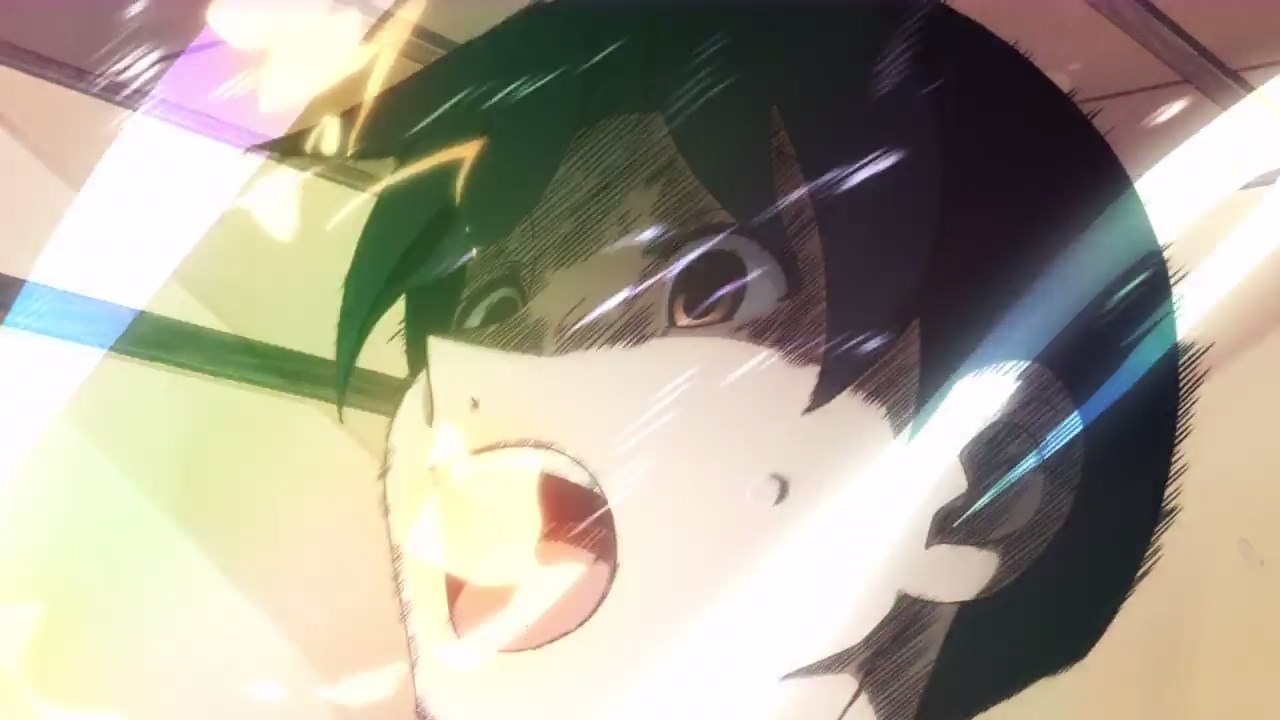 So, the only thing that he’ll do as a mangaka is to draw Satsuki’s t-shirt so that it won’t resemble the main character from his manga. 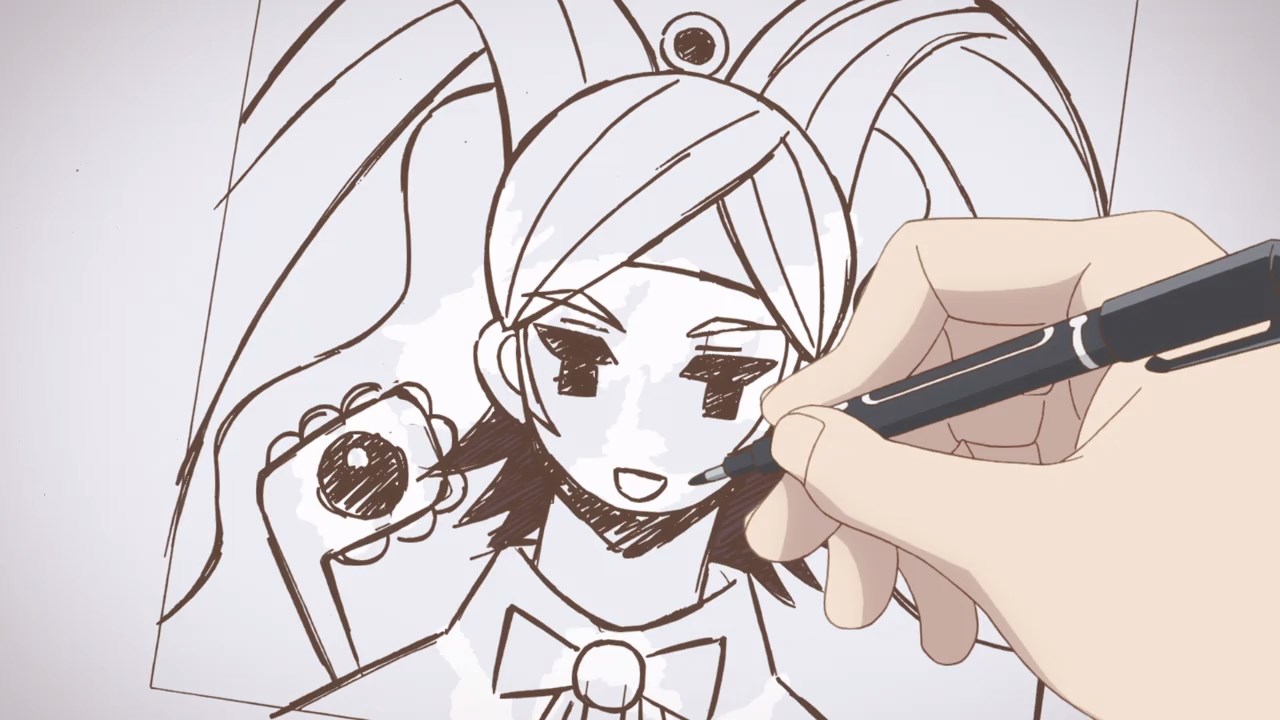 And here’s the result as Kakushi Goto draws Poly Cure, a popular magical girl anime show. Y’know, I think he should become a character designer for shows that are safe for children! 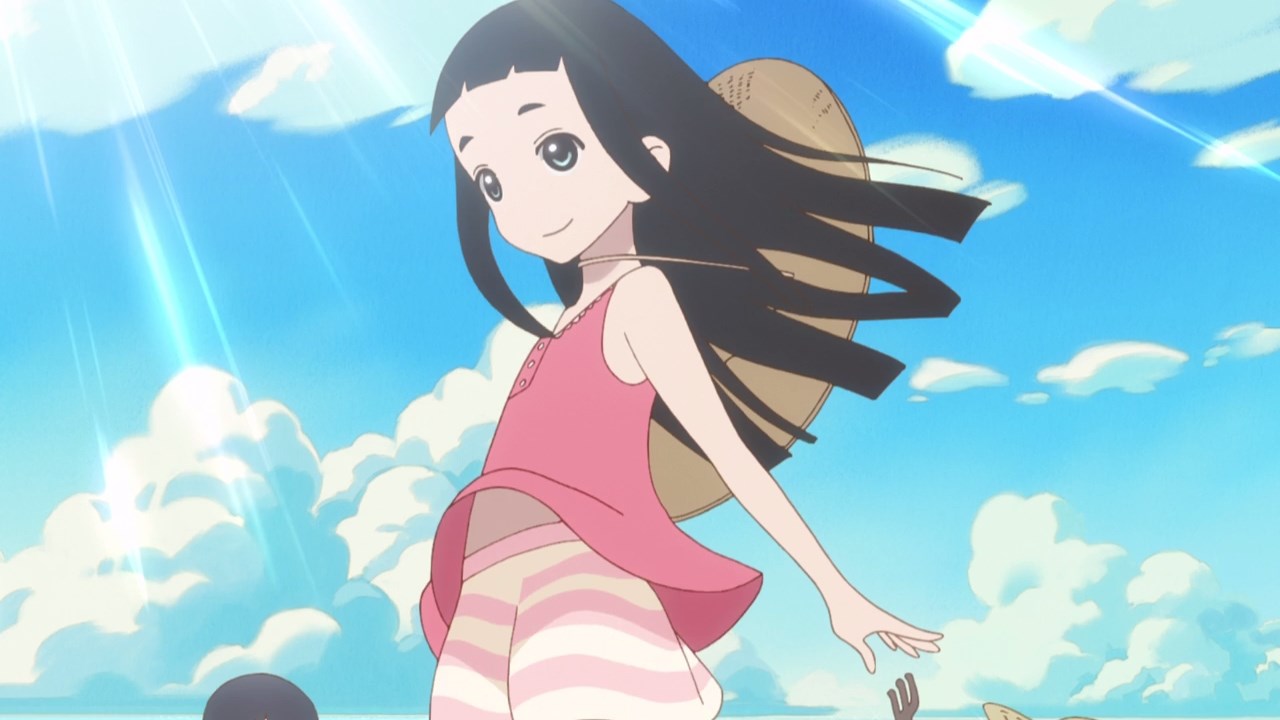 By the way, here’s Hime Goto in which Kakushi-san takes care of his daughter dearly after his wife passed away, although he wants to keep his mangaka career a secret to Hime until the day comes.

Right now, she’s currently on a field trip together with her classmates. 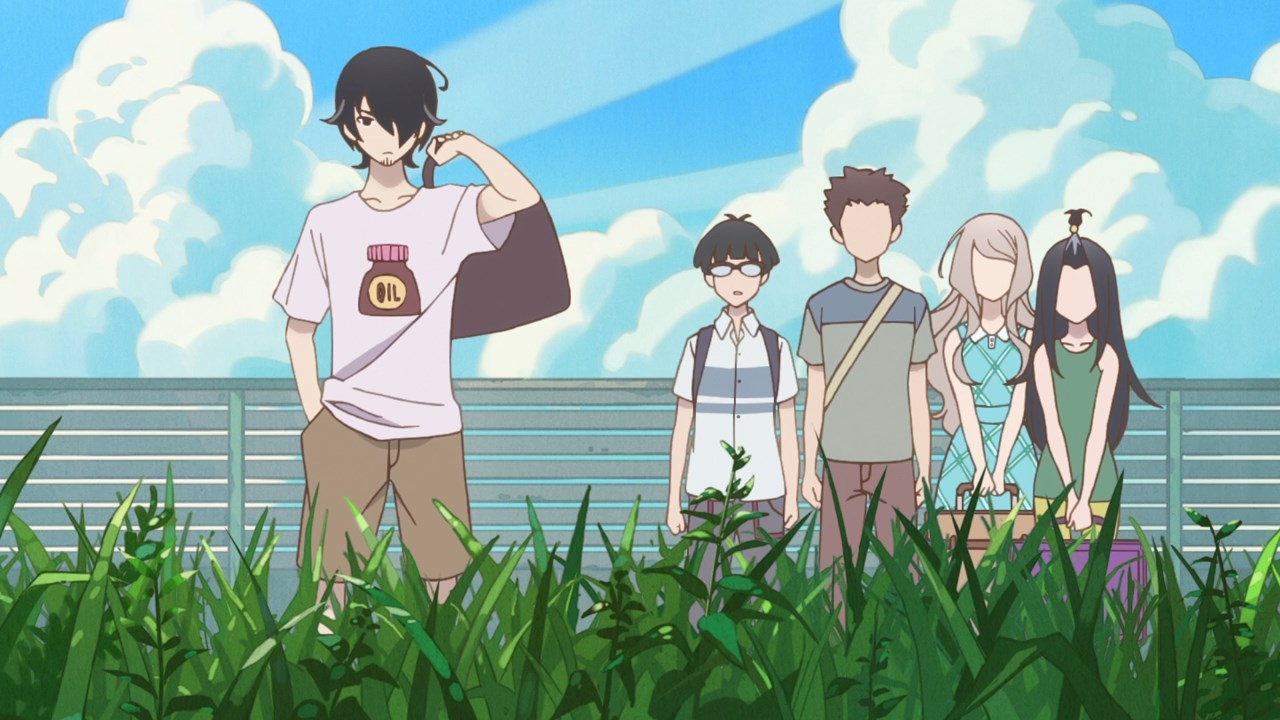 However, Kakushi Goto is very worried that his daughter might get ostracized by her peers. Man, he’s really doting his only child.

So therefore, he went to the same place as Hime-chan together with his assistants from G-Pro, which comprised of Kakeru Keshi, Aogu Shiji, Rasuna Sumita, and Ami Kakei. 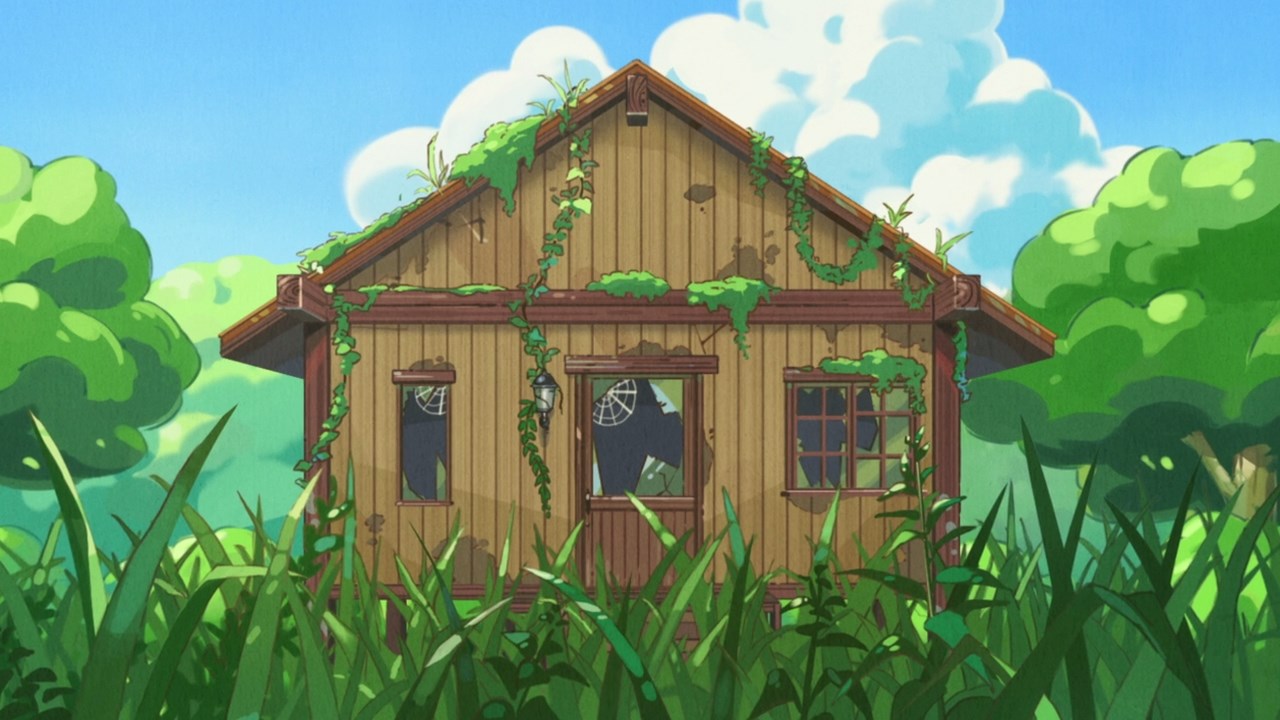 However, they’re staying at a run-down villa which was owned by Kakushi’s friend who was a fellow mangaka just like him. Man, I wonder if this house will collapse soon. 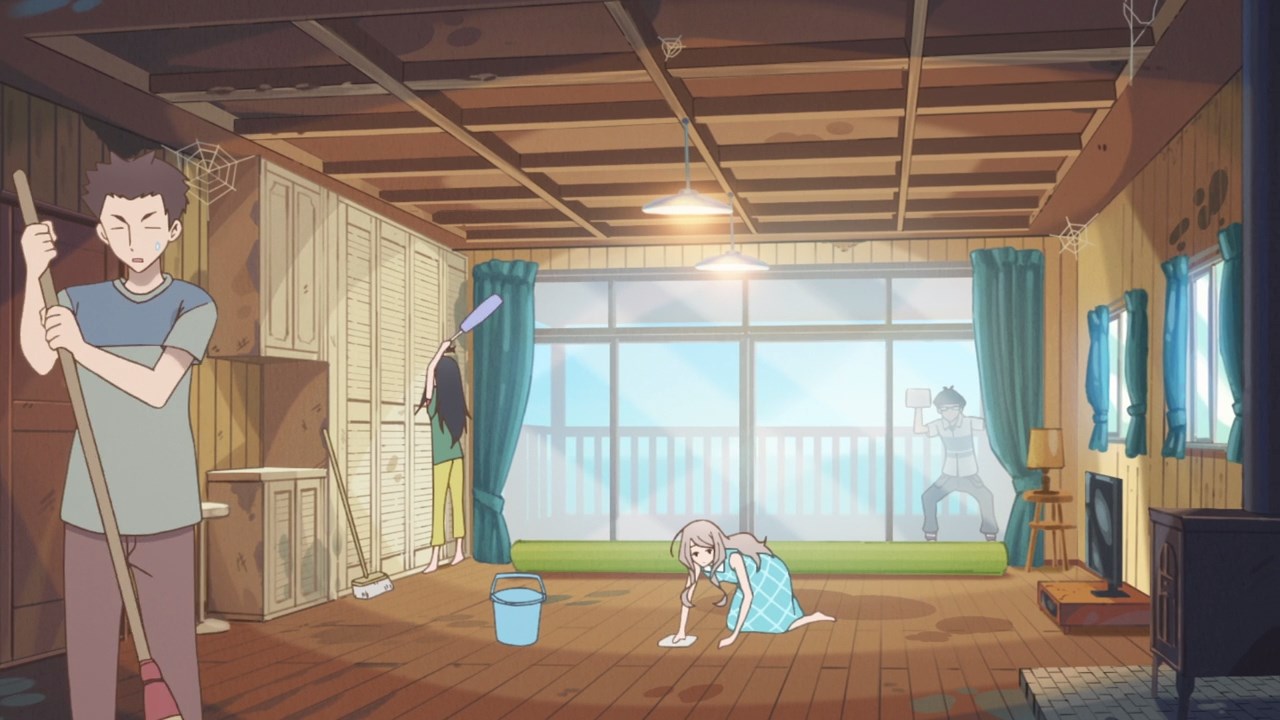 But you know what, cleaning this villa up will make it better as Kakushi’s assistants tidy it up. Speaking of Kakushi, where is he? 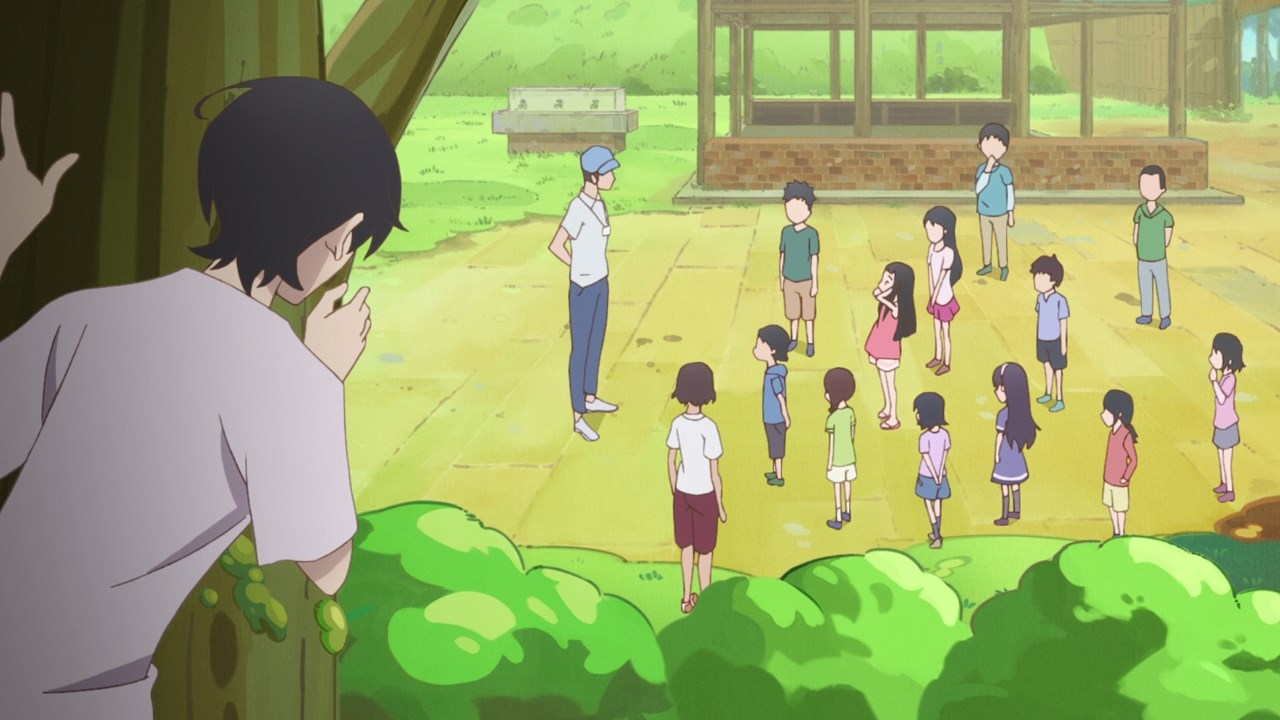 Oh, he’s watching over Hime behind the tree. Then again, I think it’s dangerous for him to stalk his own daughter. 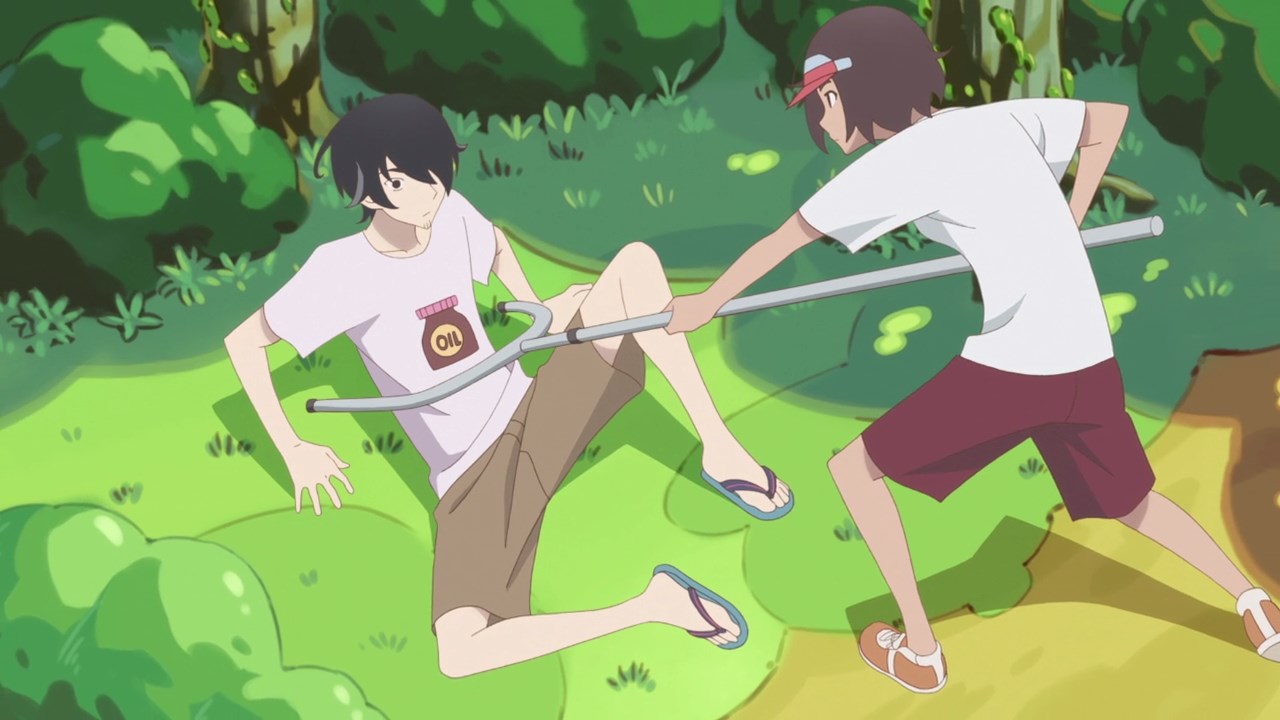 That’s until Ichiko Rokujo caught Kakushi Goto as she suspect him of being a child predator.

However, Ichiko-san decided to let him go simply because she’s a fan of Kakushi’s work. Not only that, but she knows about keeping his secret job to Hime. Still, it seems that Hime is doing well at the field trip. 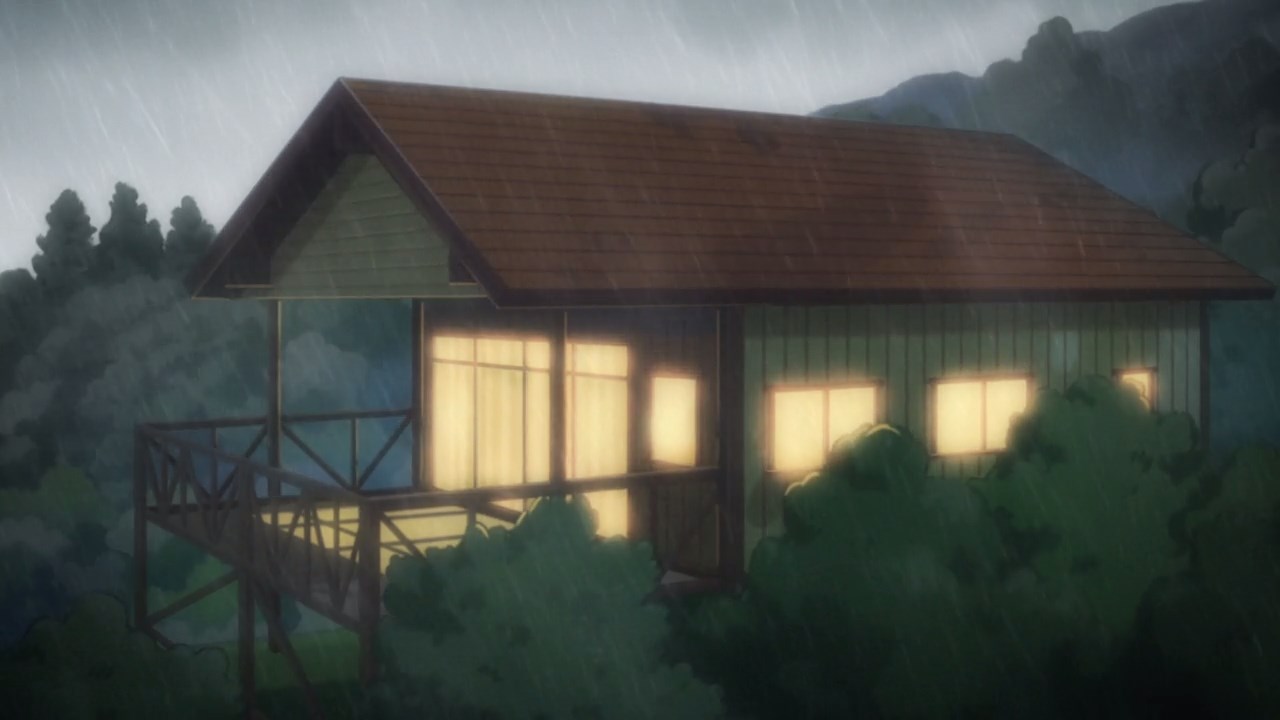 Except for Kakushi and his assistants where they supposed to get out of the villa for some fun in the sun, but a typhoon arrived at the wrong time. 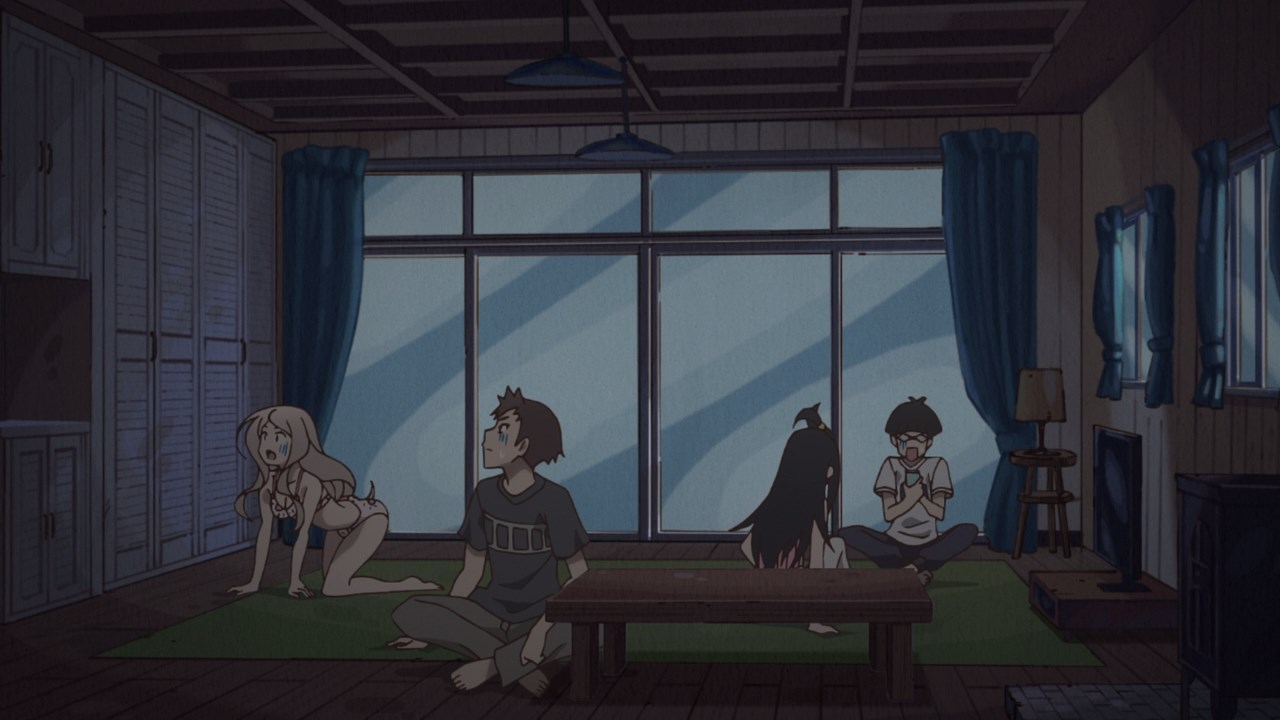 Even worse is that the lights went out, meaning that they’re losing their minds as they can’t do anything to pass the time. I mean, being stuck in a stormy day is scary. 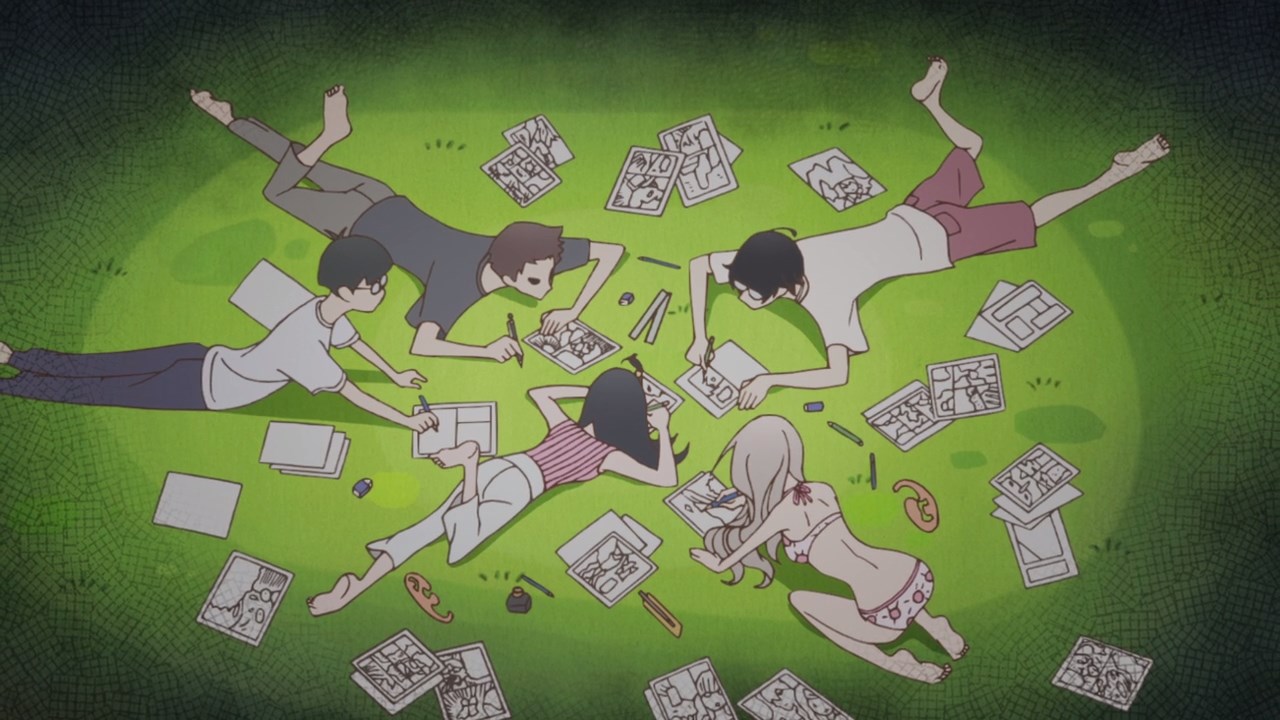 And so, Kakushi Goto and his crew have decided to draw manga just to keep their sanity check. Well, so much for their rest and relaxation outside Tokyo! 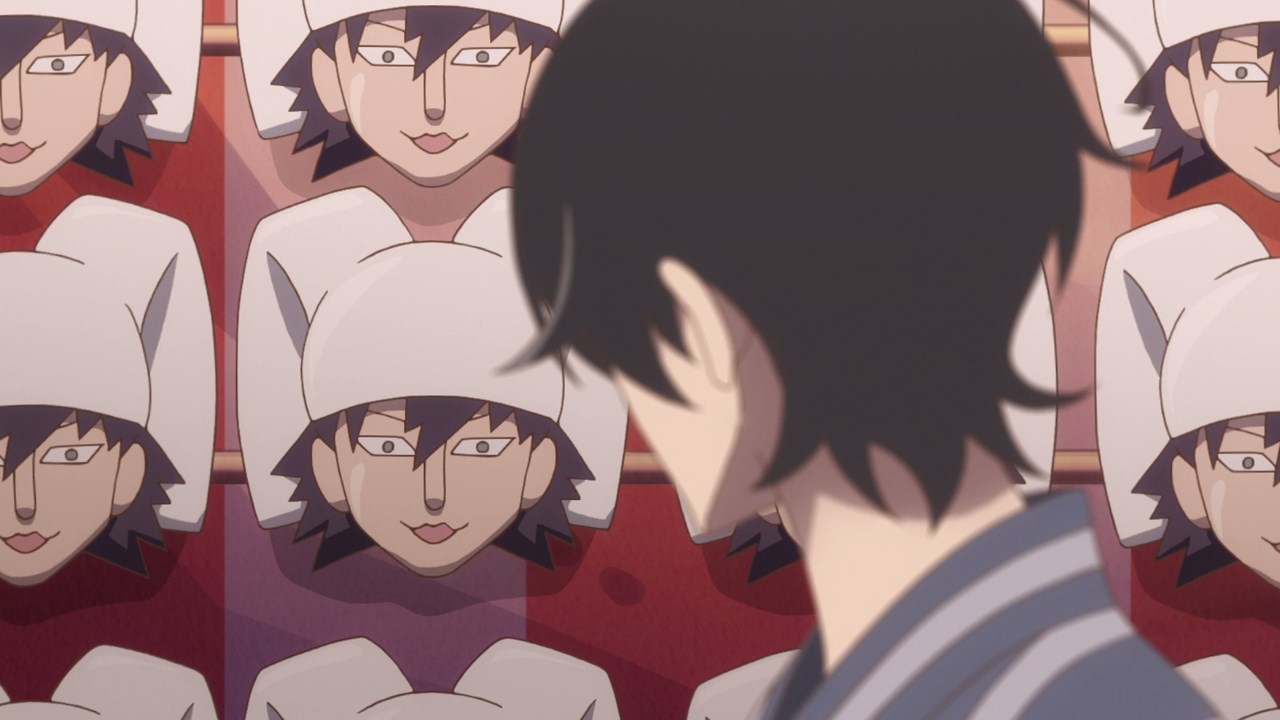 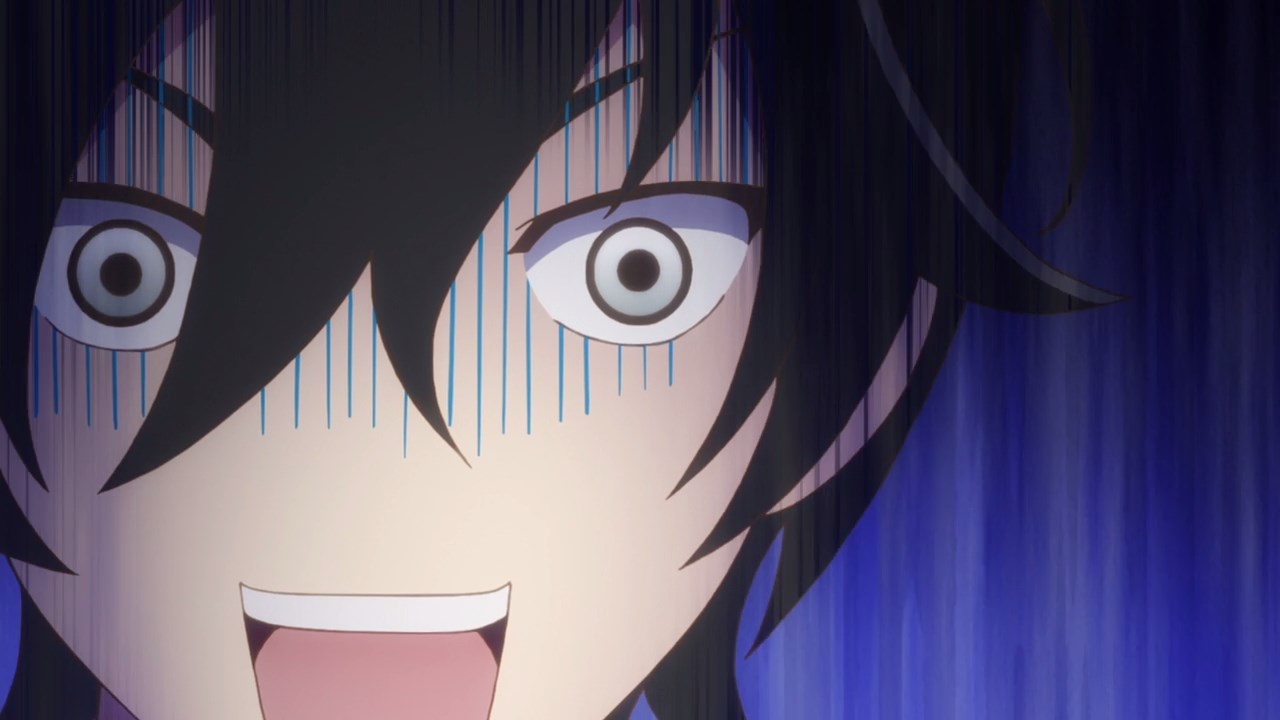 Now then, let’s end this post when Kakushi Goto saw some masks which resembles the main character of Kaze no Tights. And since he’s with Hime, Kakushi-san doesn’t want his daughter to see it. 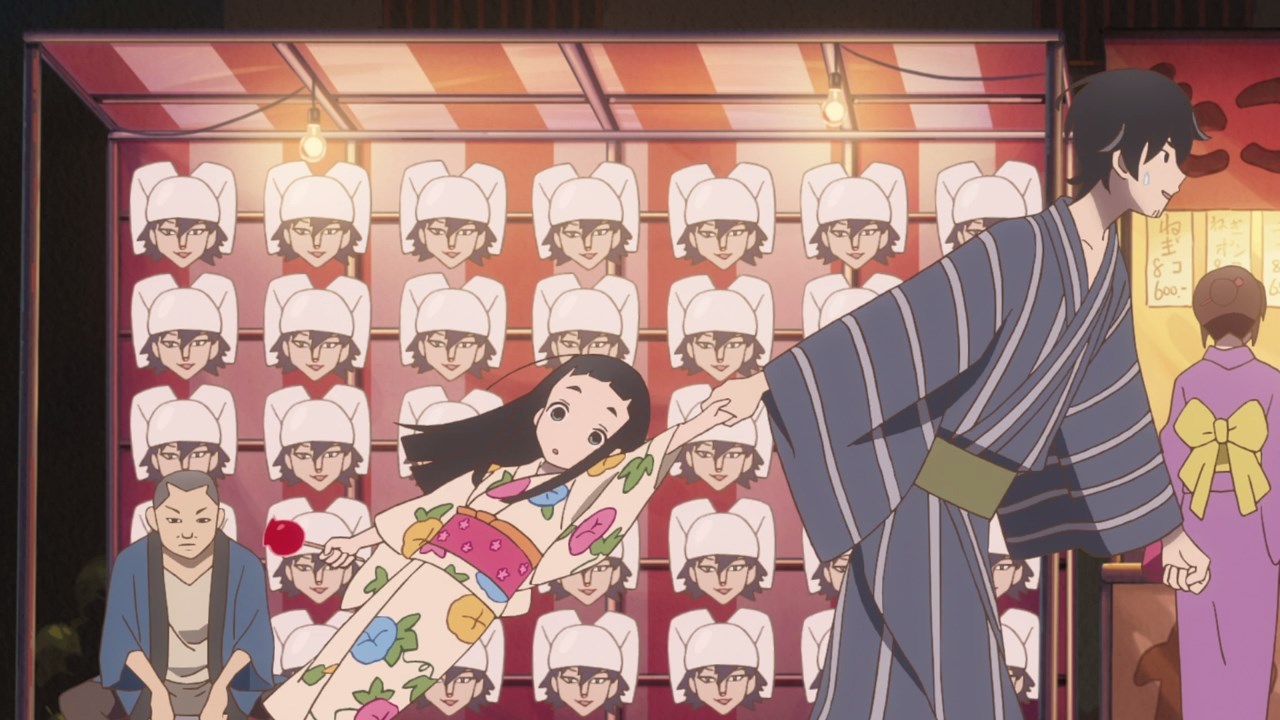 Therefore, he took his daughter somewhere safe so that Kakushi’s secret won’t be exposed by Hime. 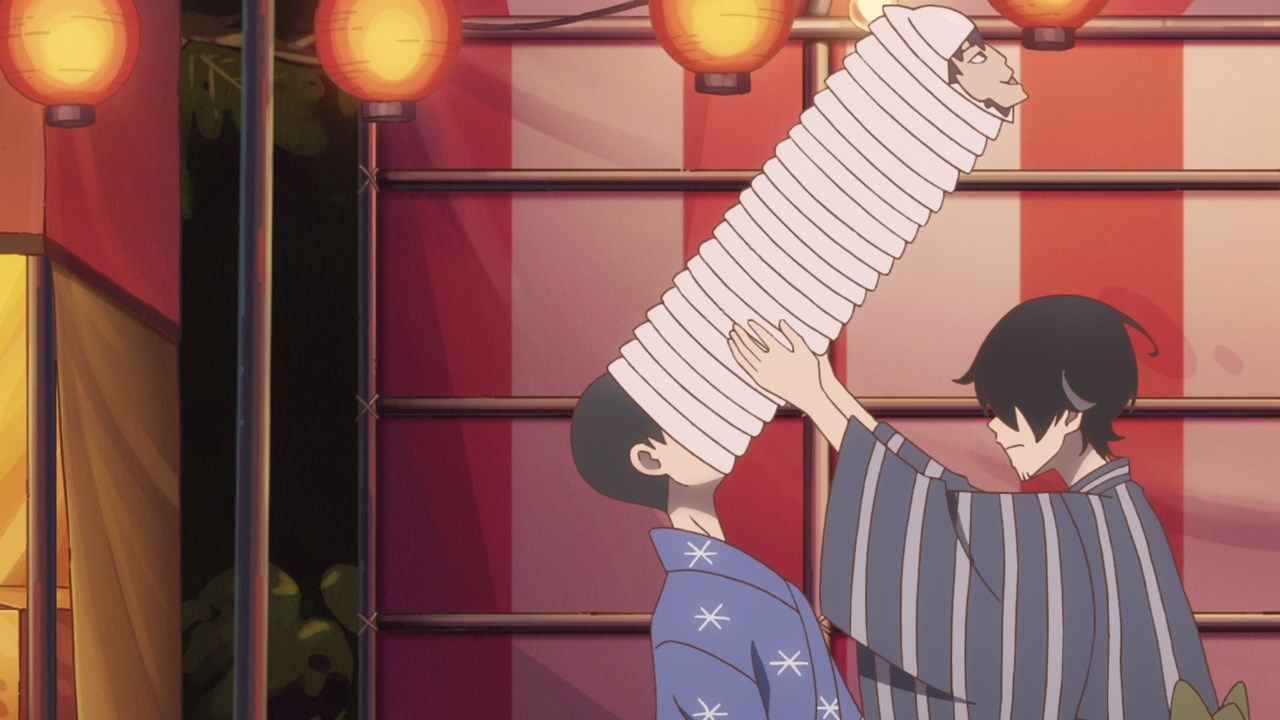 Oh and as for the masks? He bought all of them as gave it to Satsuki Tomaruin. Then again, I feel that the vendor will make more of it next year. 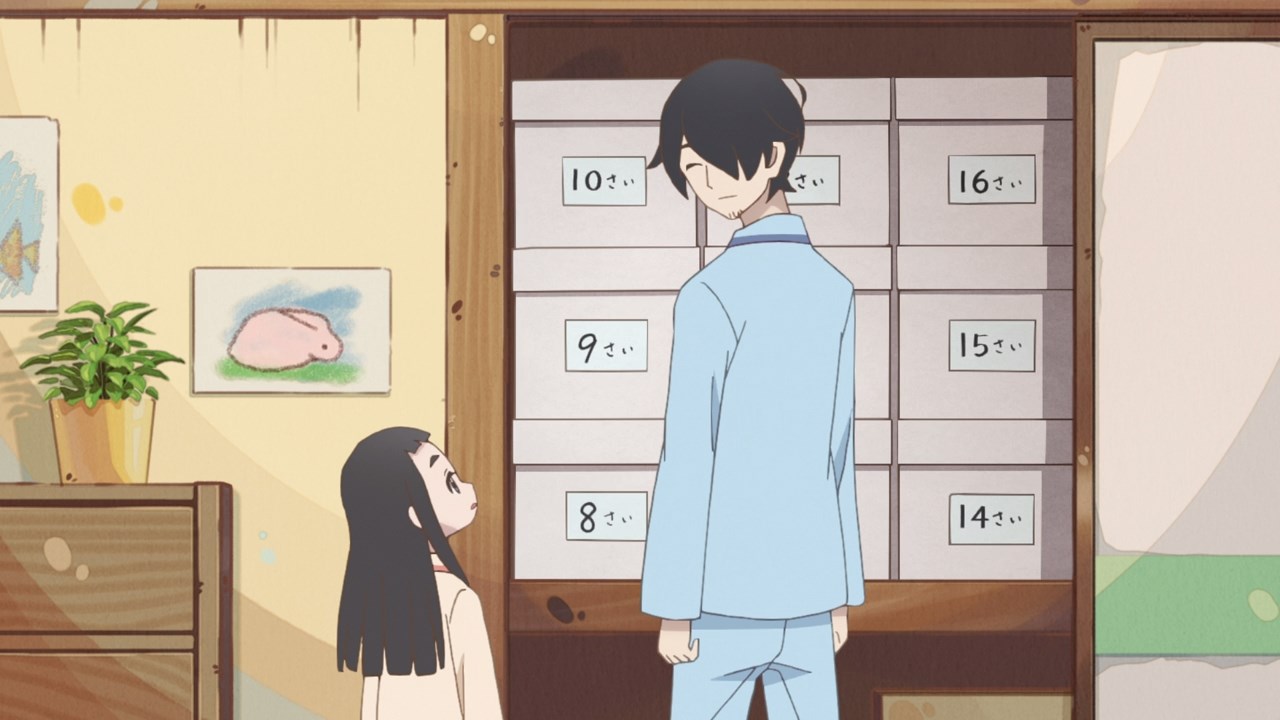 But that concludes the first 2 episodes of Kakushigoto and man, I fell in love on watching this series not just because it’s a wonderful story of a single parent who takes care of his child, but there’s also comedy where Kakushi-san tries everything to keep his job a secret to Hime… with hilarious results.

Now then, I think I should watch the rest of the show so stay tuned for that!