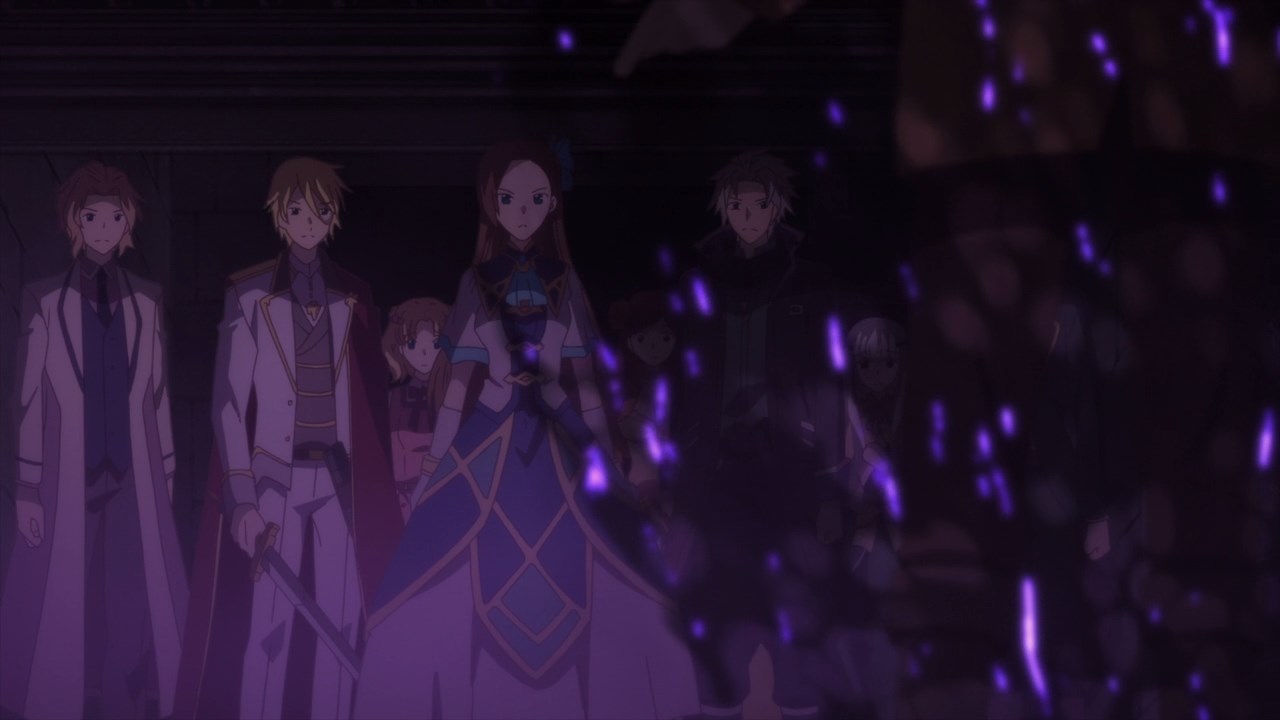 Oh no, it’s time for the final episode of Hamehura or Hamefura where Catarina Claes and her friends have finally found Sirius Dieke, only for the villainess to find out that the student council president is losing control.

But seriously though, how come Sirius Dieke attained dark magic in the first place? Well, we’re gonna find out on this episode. 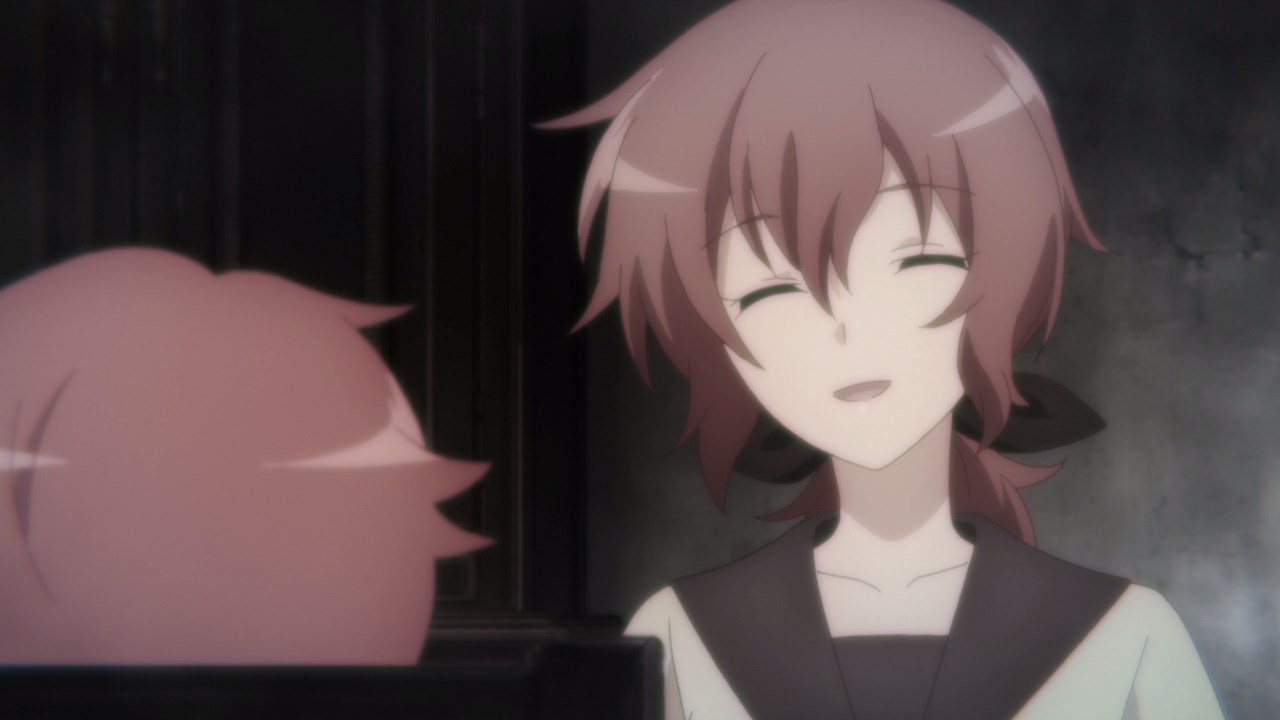 But first, it’s time for a flashback where it tells a story of a commoner who lives peacefully with her son. Unfortunately, their peaceful days didn’t last long… 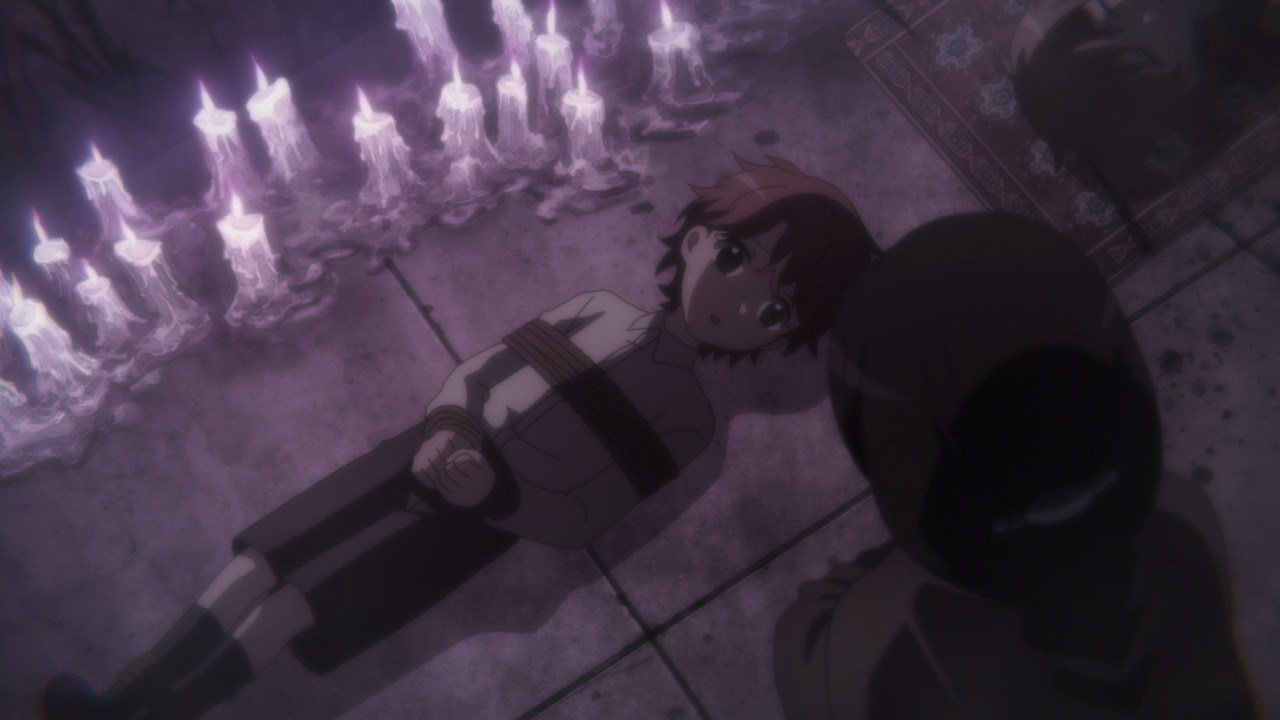 You see, Marchioness Dieke kidnapped the commoner together with her son for a ritual, which involves transferring the soul to a vessel using dark magic.

And the reason why the marchioness wanted to kidnap them because her son is gonna die, so transferring its soul to the commoner’s son is a great substitute. Oh and here’s the thing though as Marquis Dieke is a womanizer that he had an affair with a commoner and thus they had a child together which resembles Sirius Dieke.

In short, the commoner had sex with a marquis, gave birth to a boy that resembles Sirius, and then the marchioness decided to kidnap them as the original Sirius is gonna bite the dust soon. 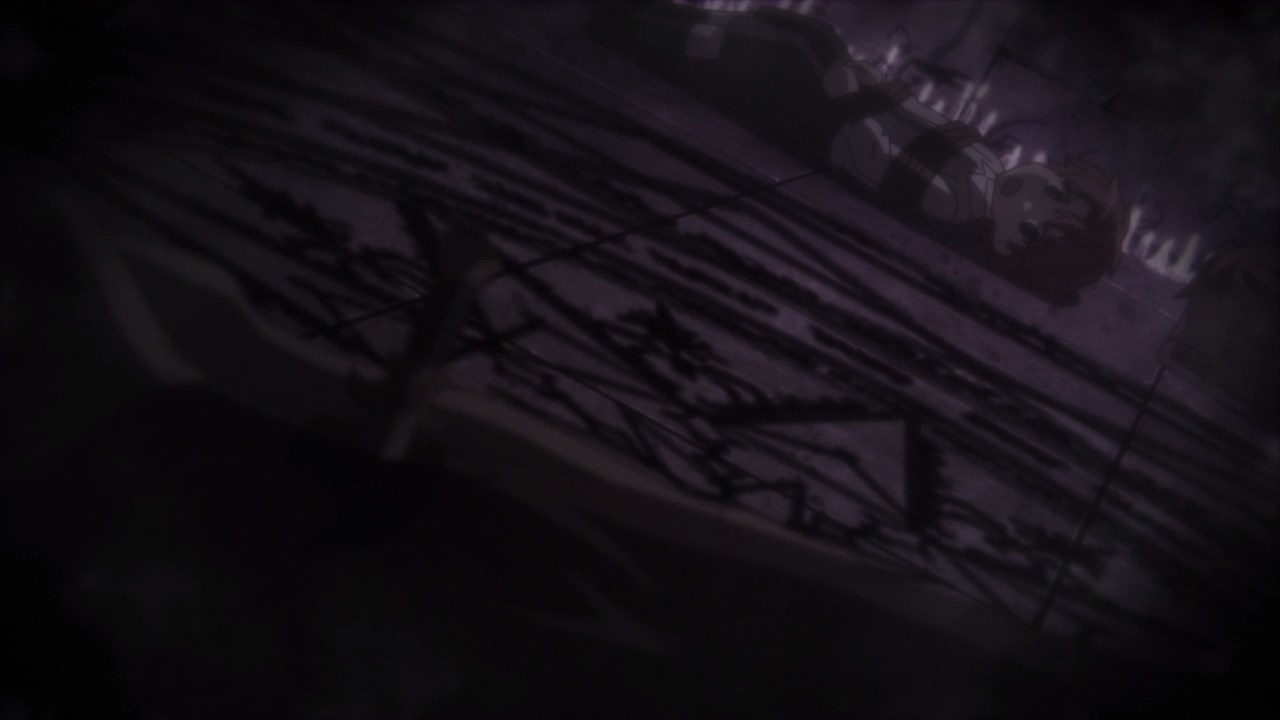 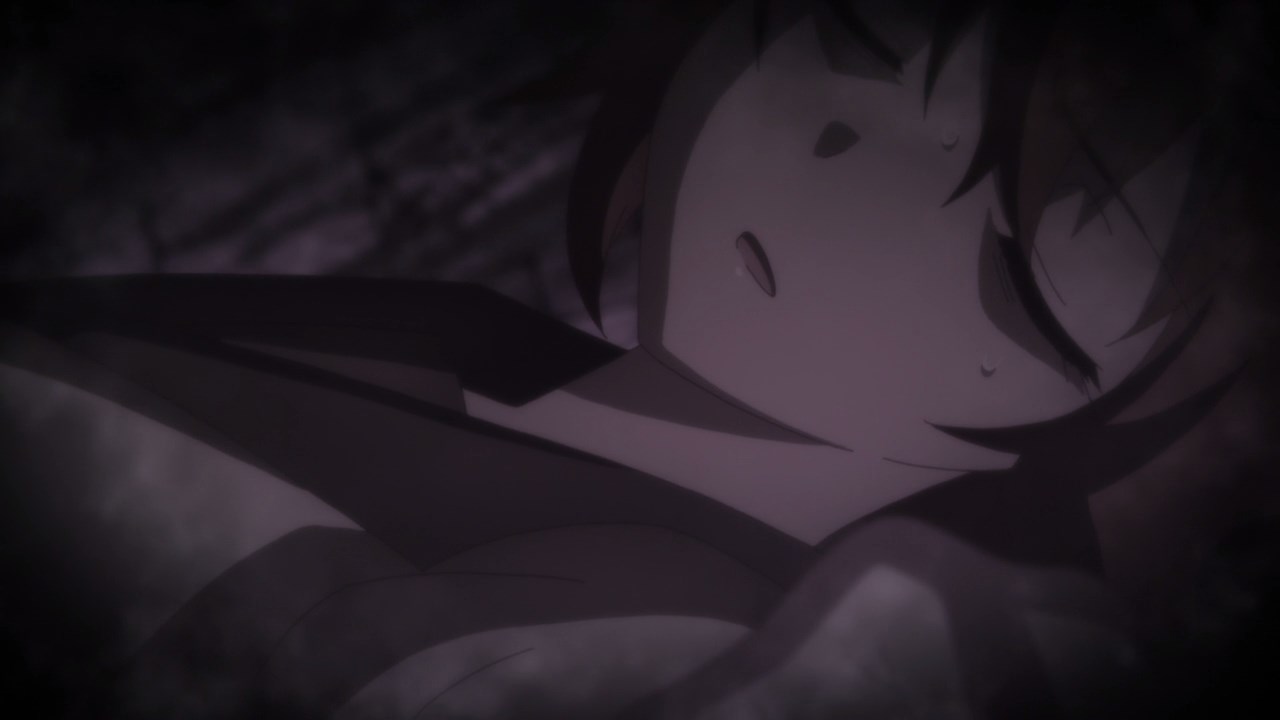 So, Marchioness Dieke and her goons killed the commoner in which the boy is shocked to see it. I guess the marchioness wants to punish the commoner for her debauchery with the marquis. 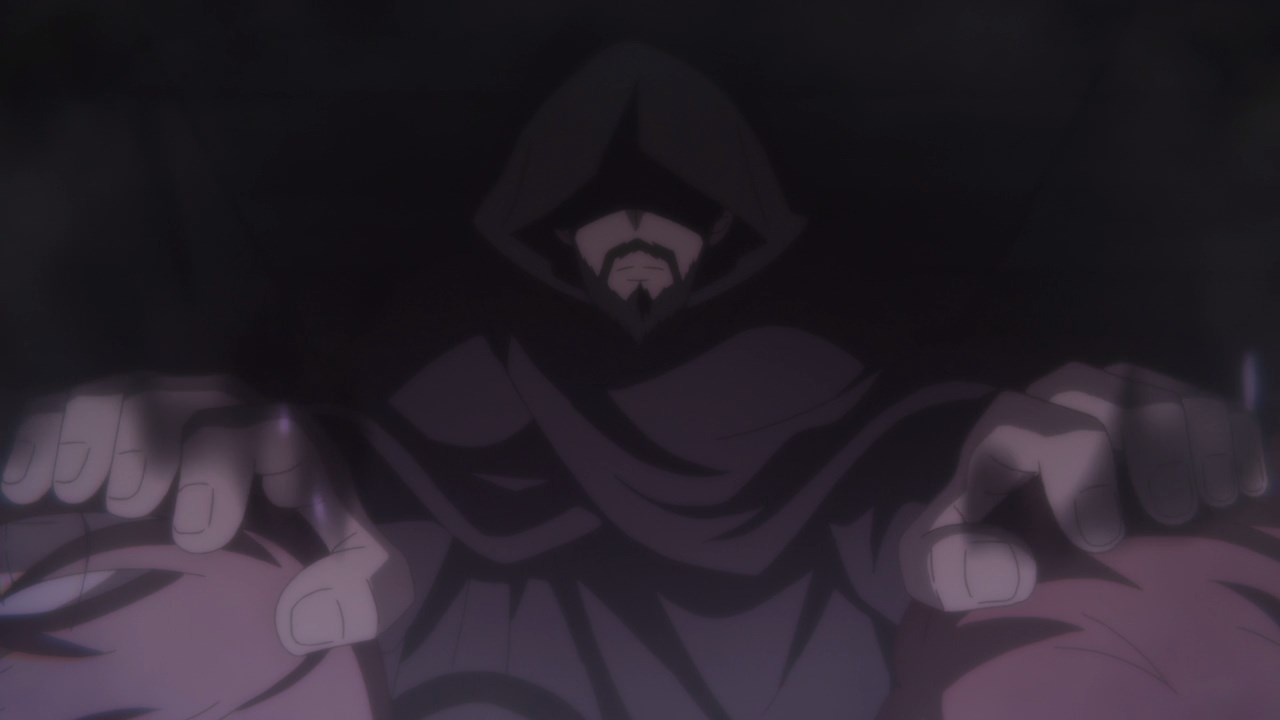 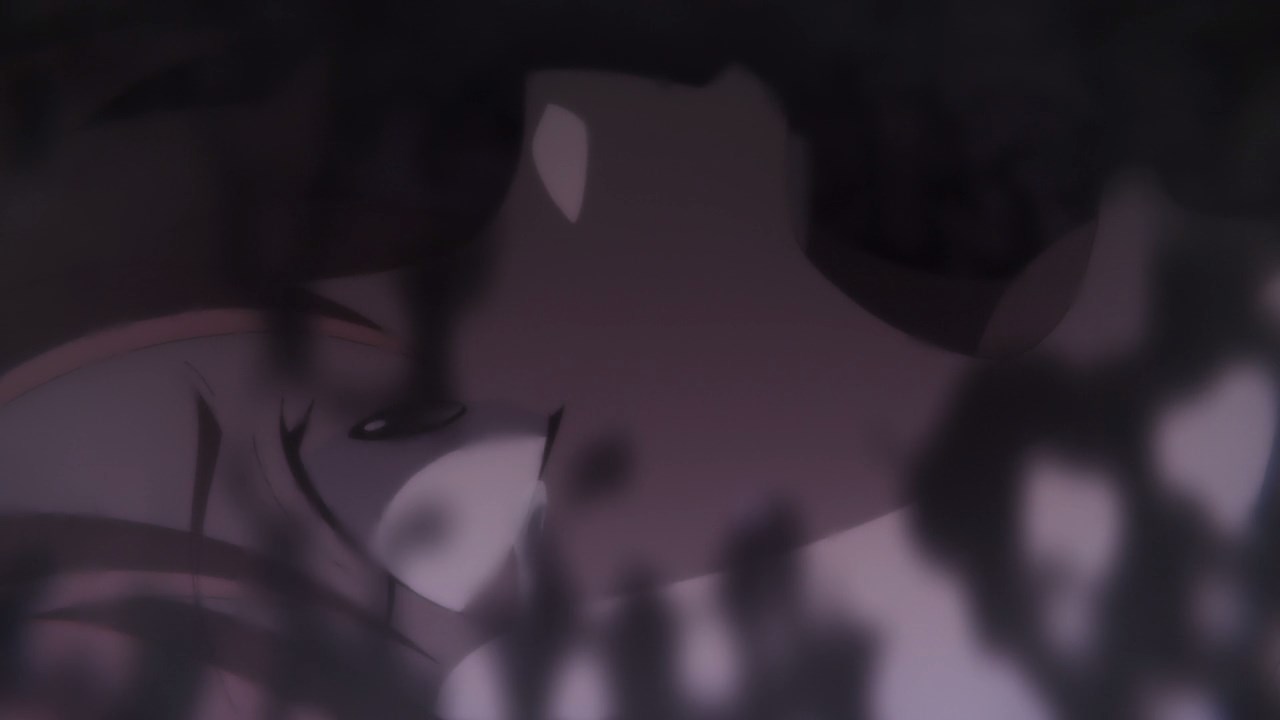 Once the commoner is murdered, the ritual will commence as the dark magician transfers the soul of the original Sirius Dieke to the commoner’s son that would become the new vessel. Yeah, it’s not even pleasant. 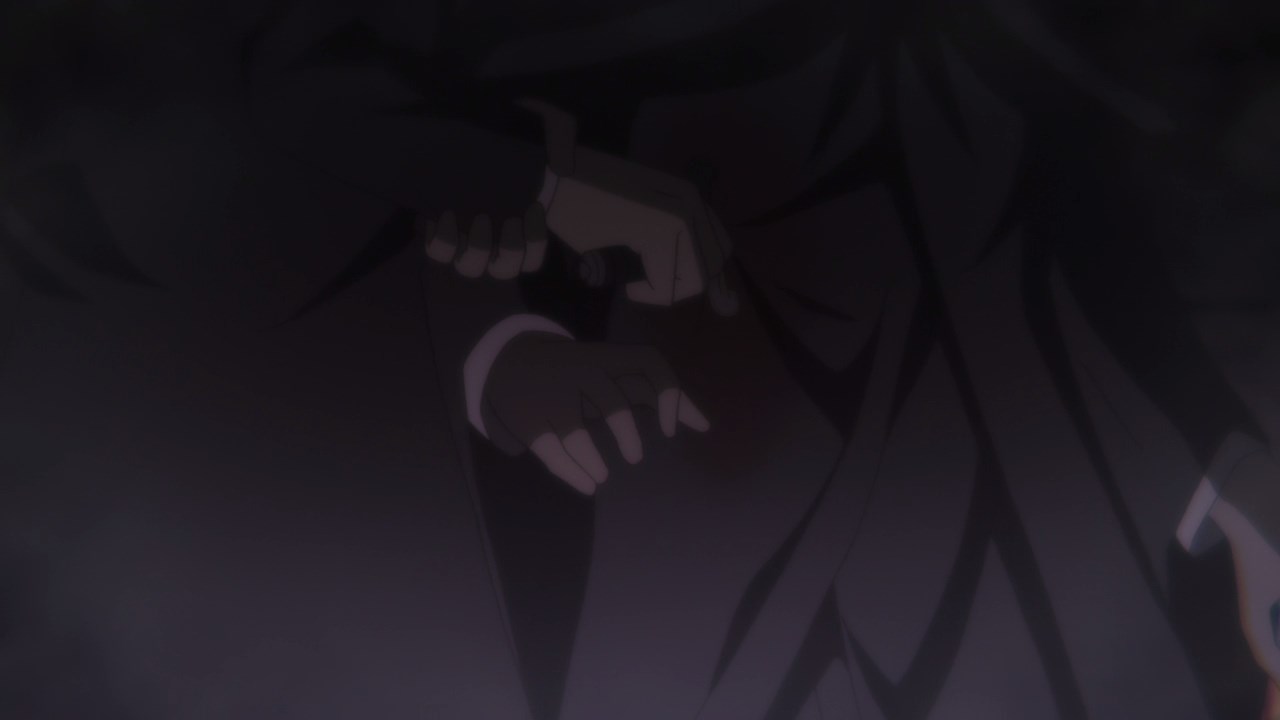 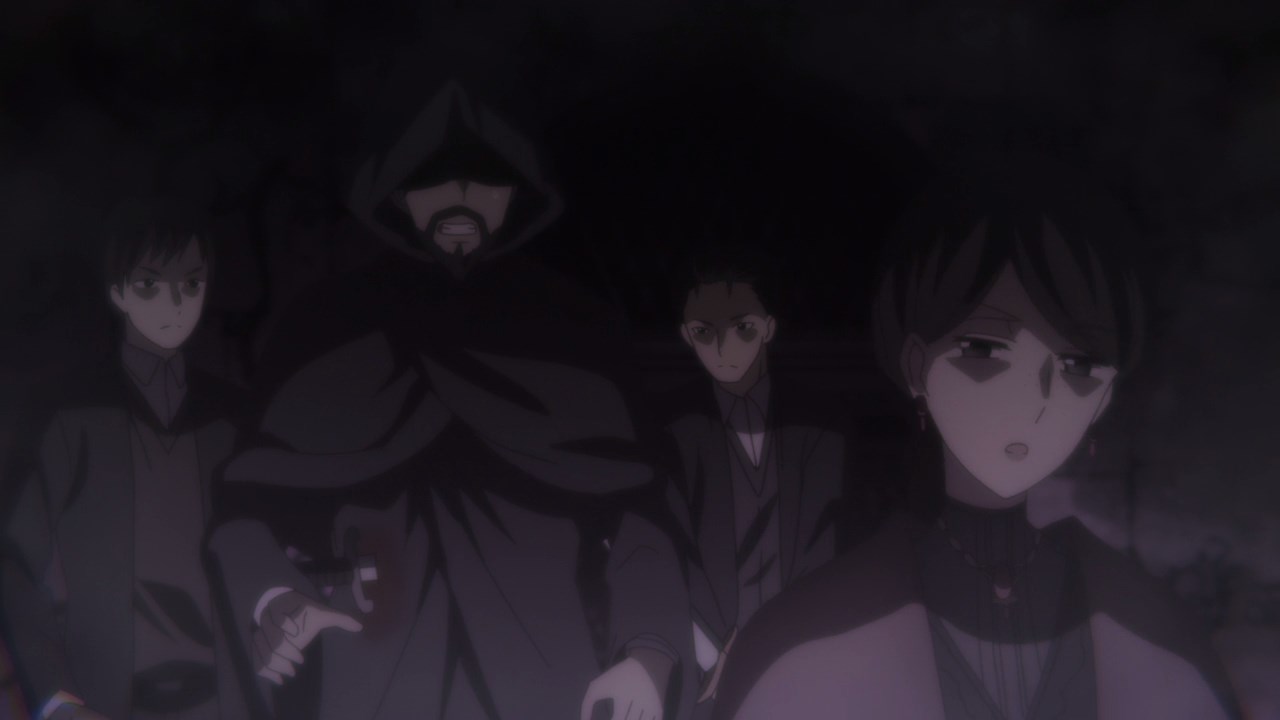 And once the magician is done with the ritual, Marchioness Dieke and her goons killed him so that no one will know that she used a lower-class boy as a substitute for Sirius Dieke. Bad idea there as the magician curses the marchioness for her treachery, although she will just shrug that threat off anyway.

Oh and you wanna know if the ritual is successful? Well, not really much as it turns out that the boy only has the memories of the original Sirius Dieke. Basically, it’s incomplete as the boy retained its original memories and he’s desired for revenge. 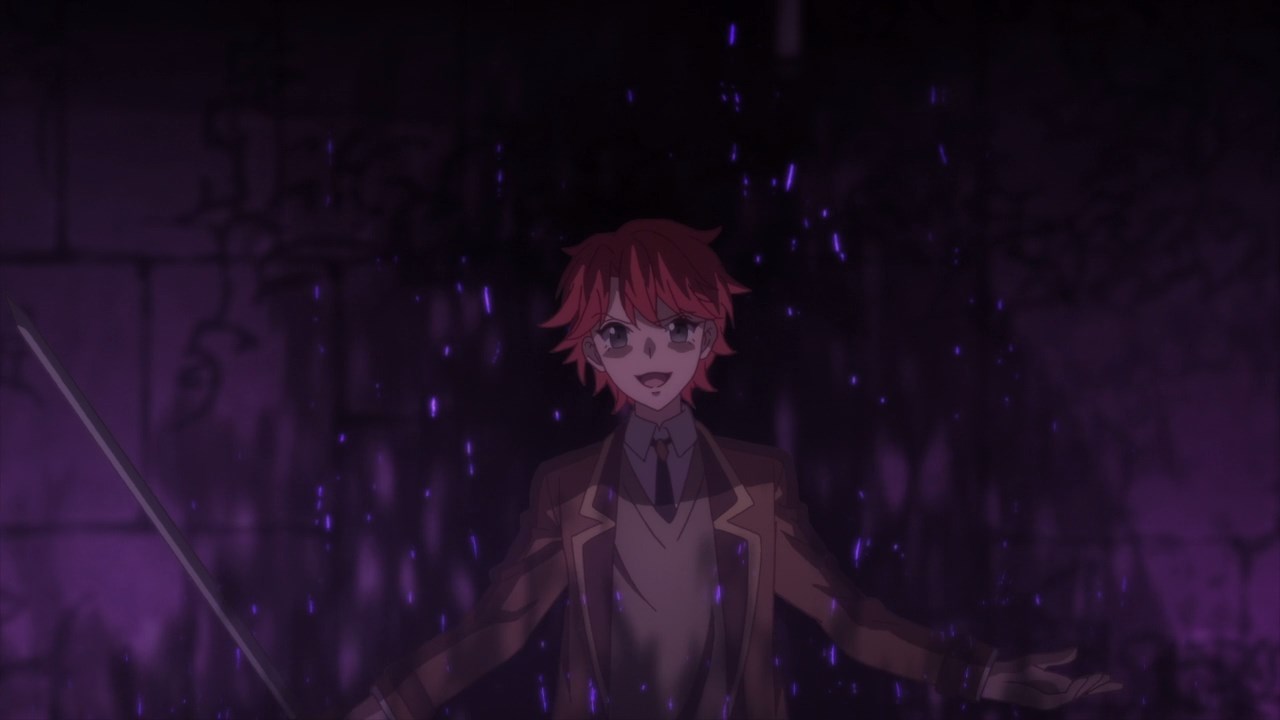 And that’s the end of the backstory as the boy grew up as Sirius Dieke. Well, he pretends to be Sirius because the marchioness wants to feel good with her son, of course he’ll throw that away for vengeance!

Still, it would be better if the marchioness found a good doctor that would cure her son’s illness, but no she’ll have to resort to dark magic and thus we have a guy who ironically has a funny name, but he’s very unstable to the point that his dark magic will break loose from his body. 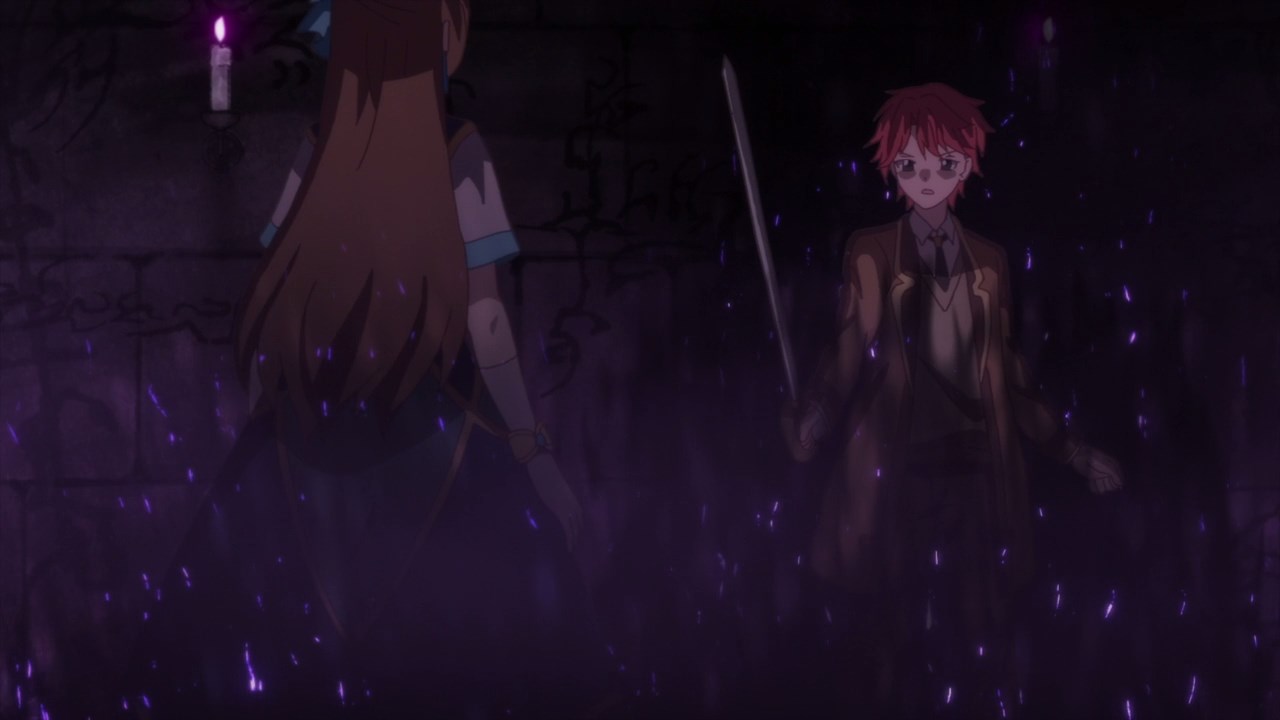 But you know what, Catarina Claes doesn’t care because despite being designated as a villainess in the original Fortune Lover, she knows that Sirius is in deep pain because of his conflicting identity.

After all, Catarina became a nice girl after regaining her past memories as she doesn’t wanna get killed or being sent to a wasteland. 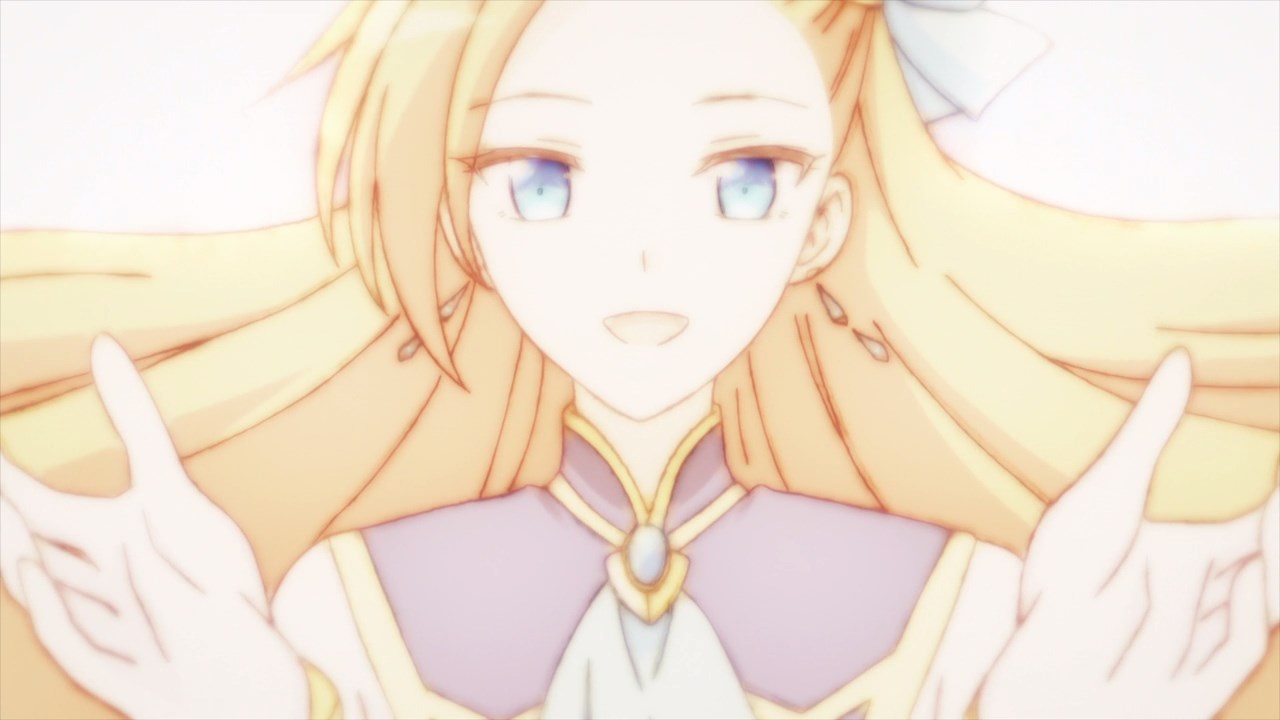 In any case, Catarina decides to stay at his side under his real name: Raphael Walt. Seems that the villainess finally remembered what Acchan said to her in the previous episode. 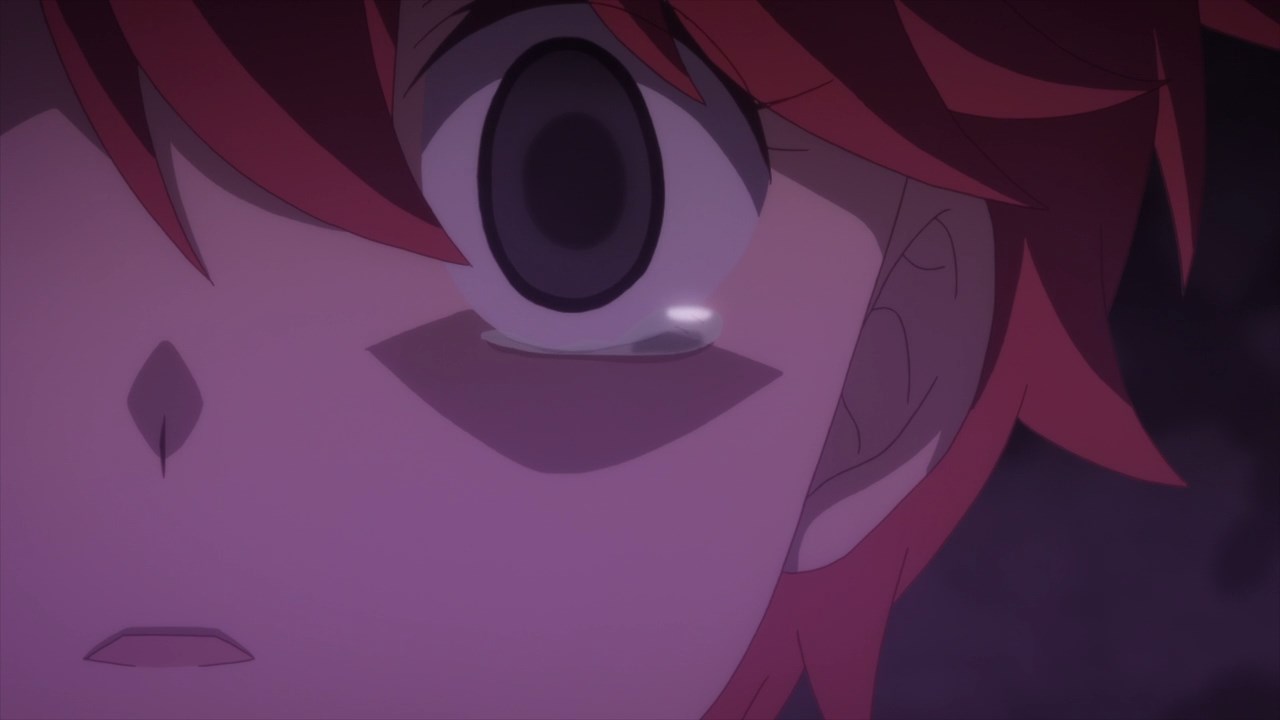 And when Catarina says his real name, Sirius- or should I say Raphael regained his sense of humanity. Well, looks like Catarina managed to prevent the worst ending in Fortune Lover. 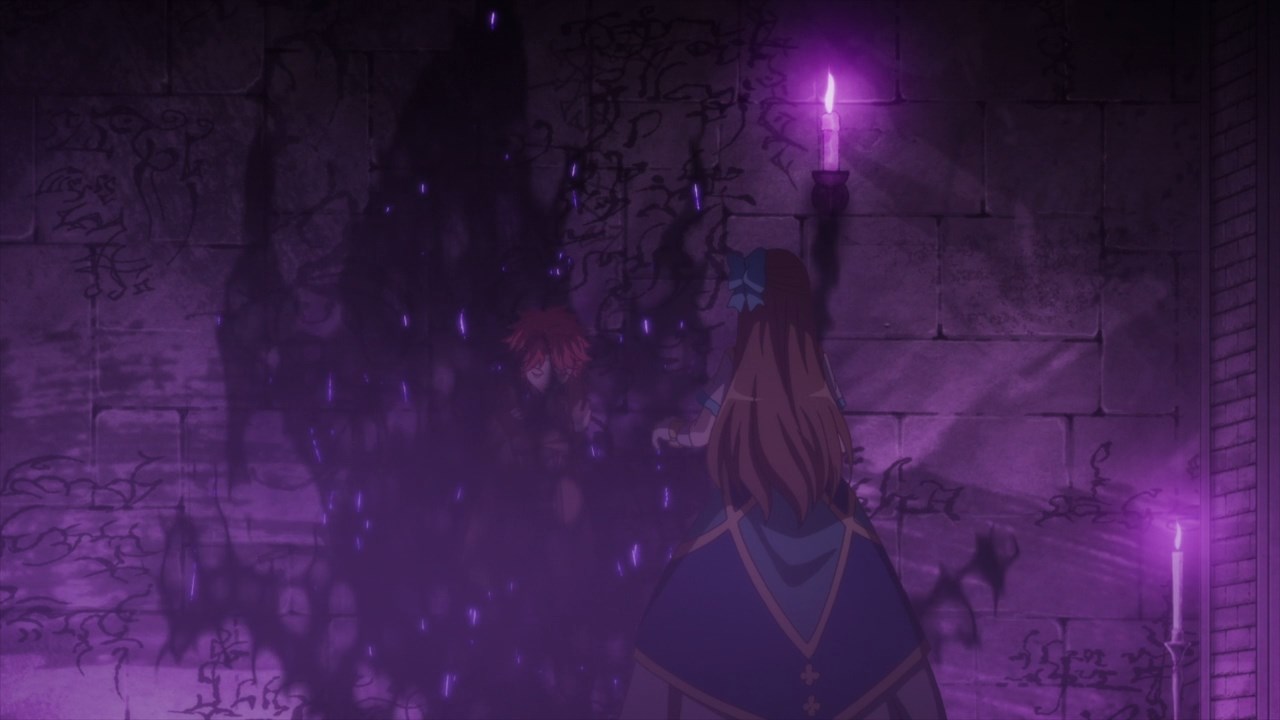 Except that she’s not finished on stopping Raphael’s uncontrollable dark magic as it’s still spewing out like crazy, as if some malicious spirit is urging him to carry out the plan for vengeance. 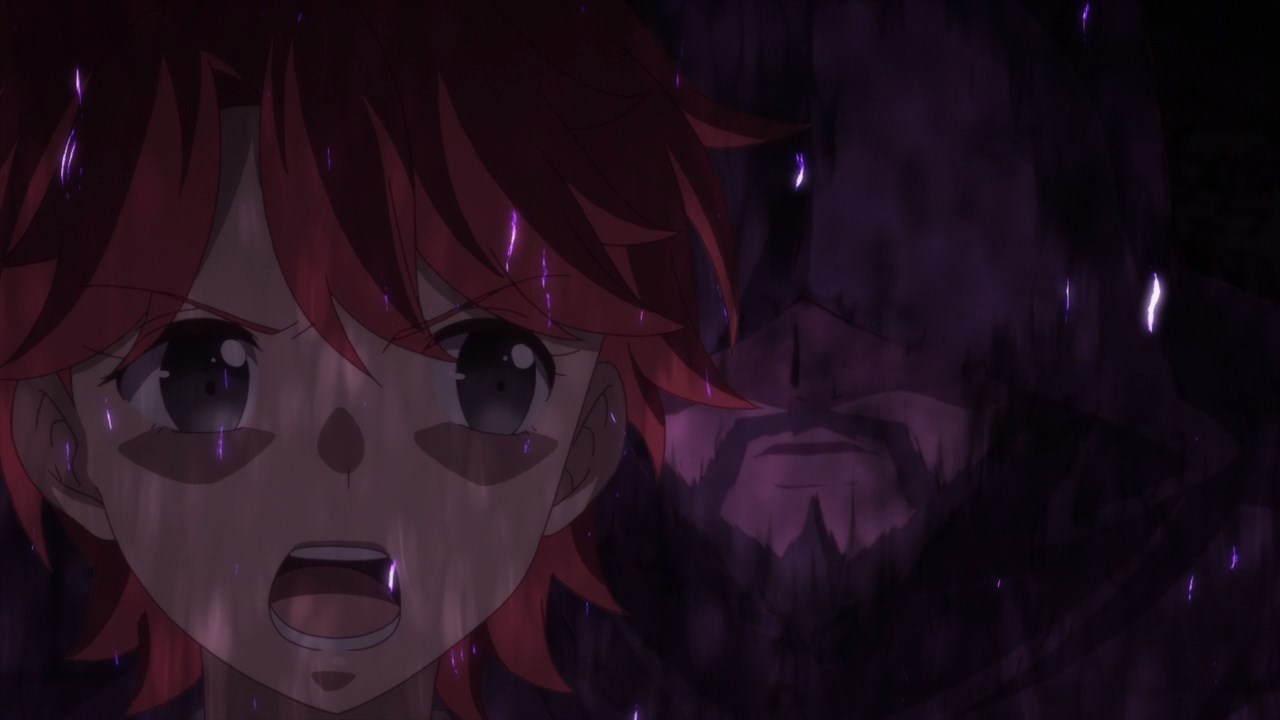 Turns out, it was this dark magician who got literally backstabbed by the marchioness and her goons, as he urge Raphael or Sirius to kill the entire Dieke family and everyone who wants to stop his revenge. 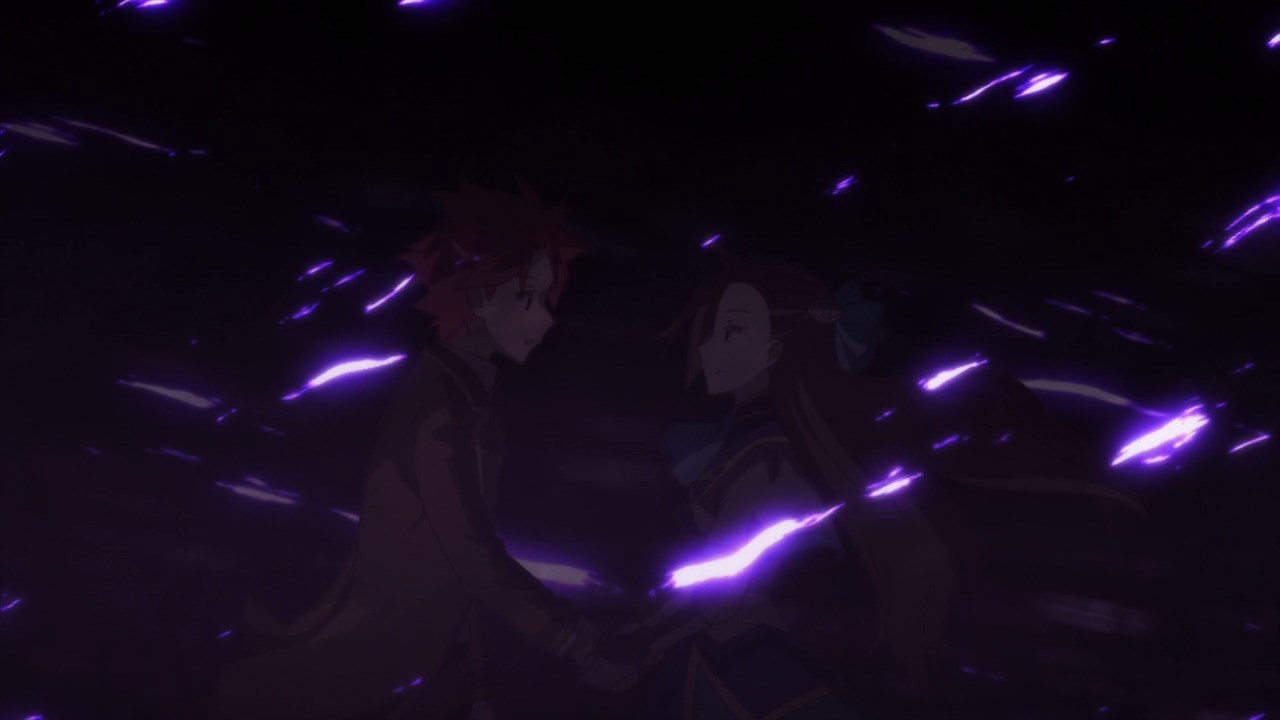 But you know what, the only way to save Raphael is for Catarina to show the power of love as she holds his hands. Um, would it be better if the villainess kissed him? 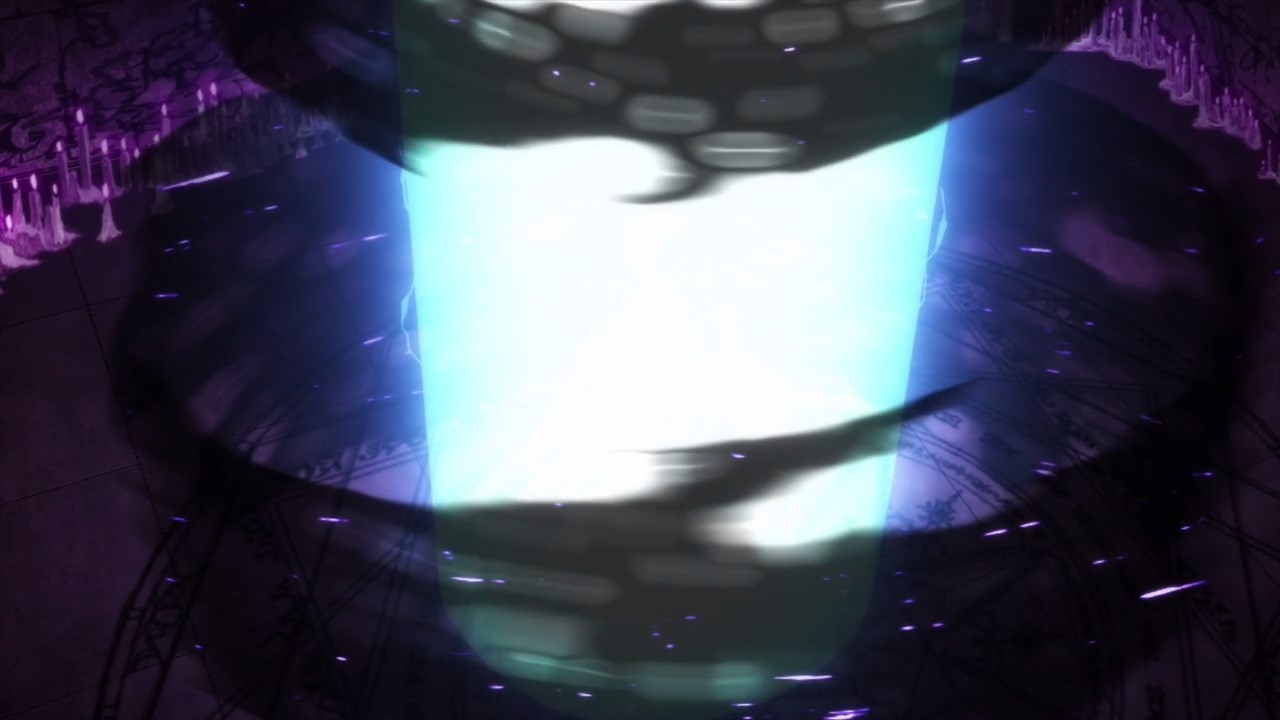 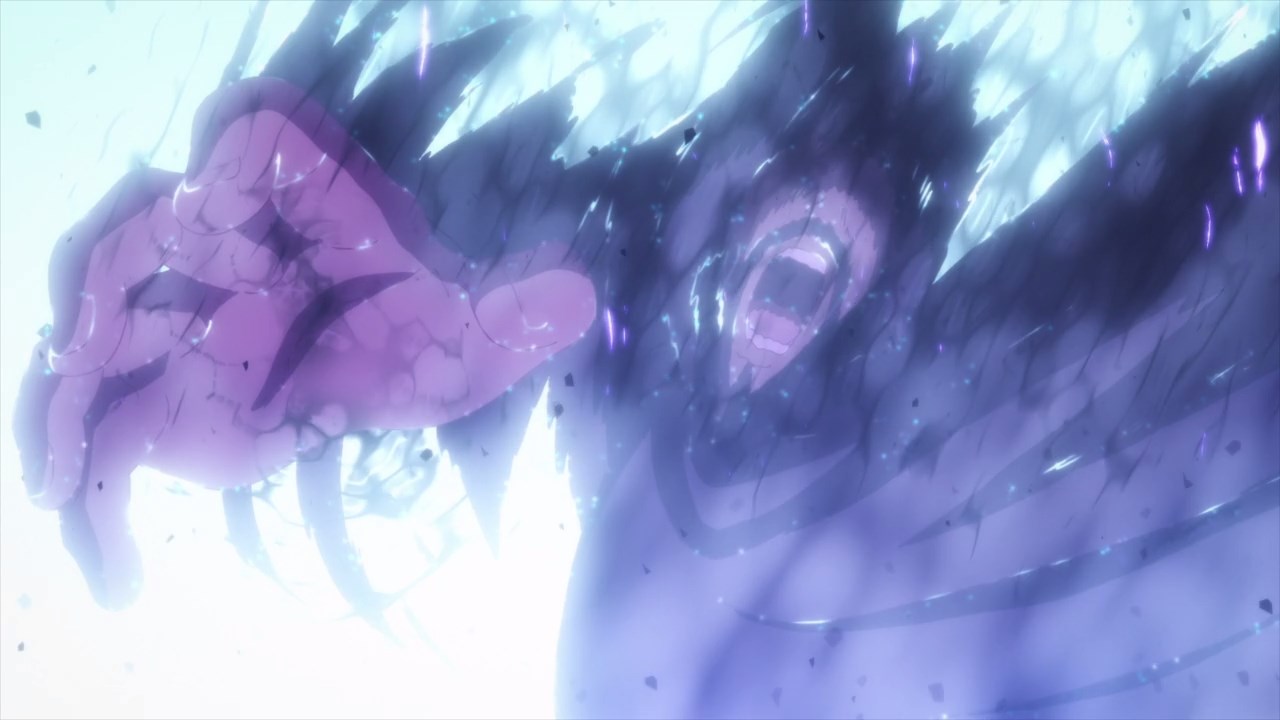 Thanks to Catarina Claes, the malicious spirit of the dark magician has been banished as Raphael Walt is finally freed. 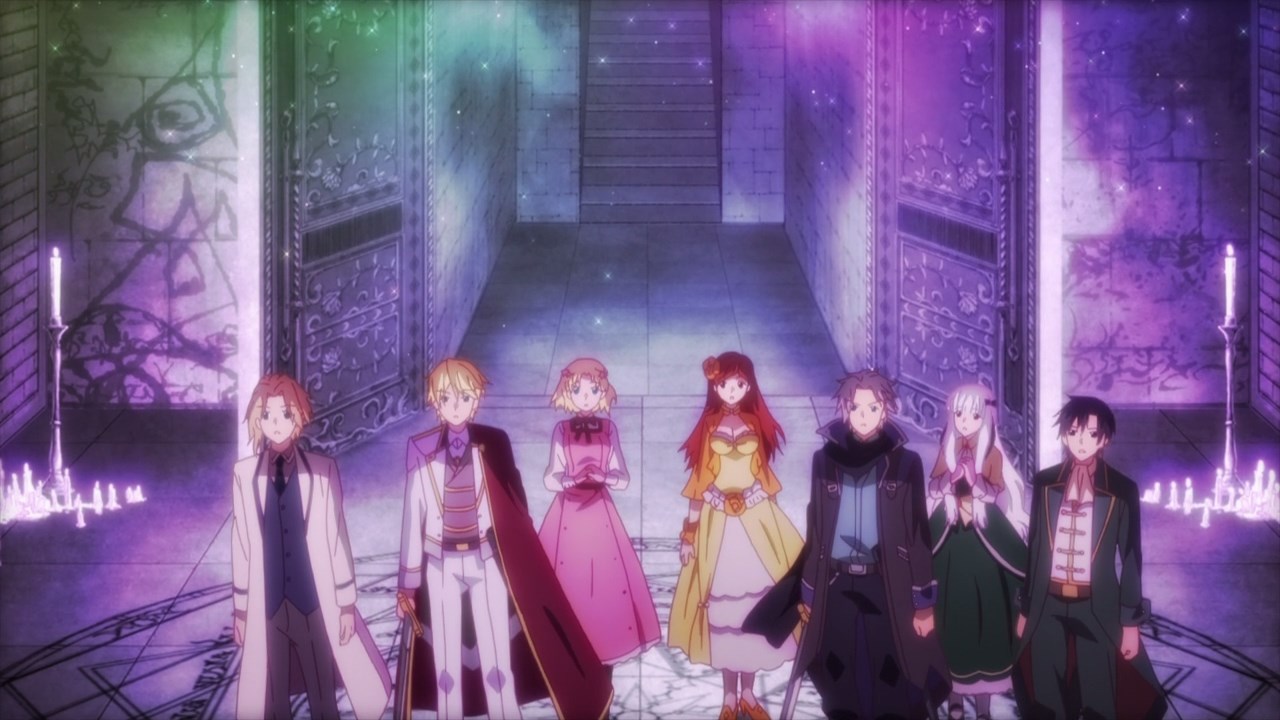 And everyone is stunned on this series of events that they didn’t do anything. Well, they can save Catarina at any time if things went downhill from there. 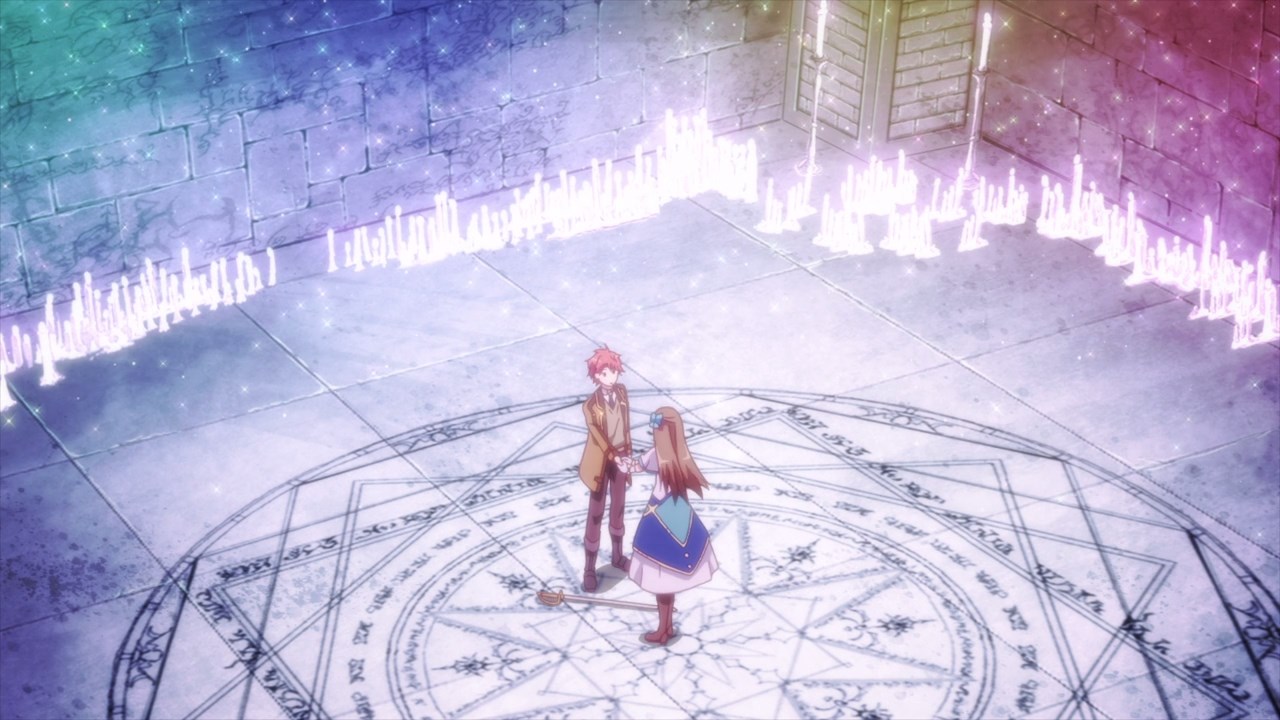 In any case, looks like Catarina Claes is done on rescuing Raphael Walt. Not only that, but she’s safe from getting the death flag on this final event so it’s all good for the villainess. 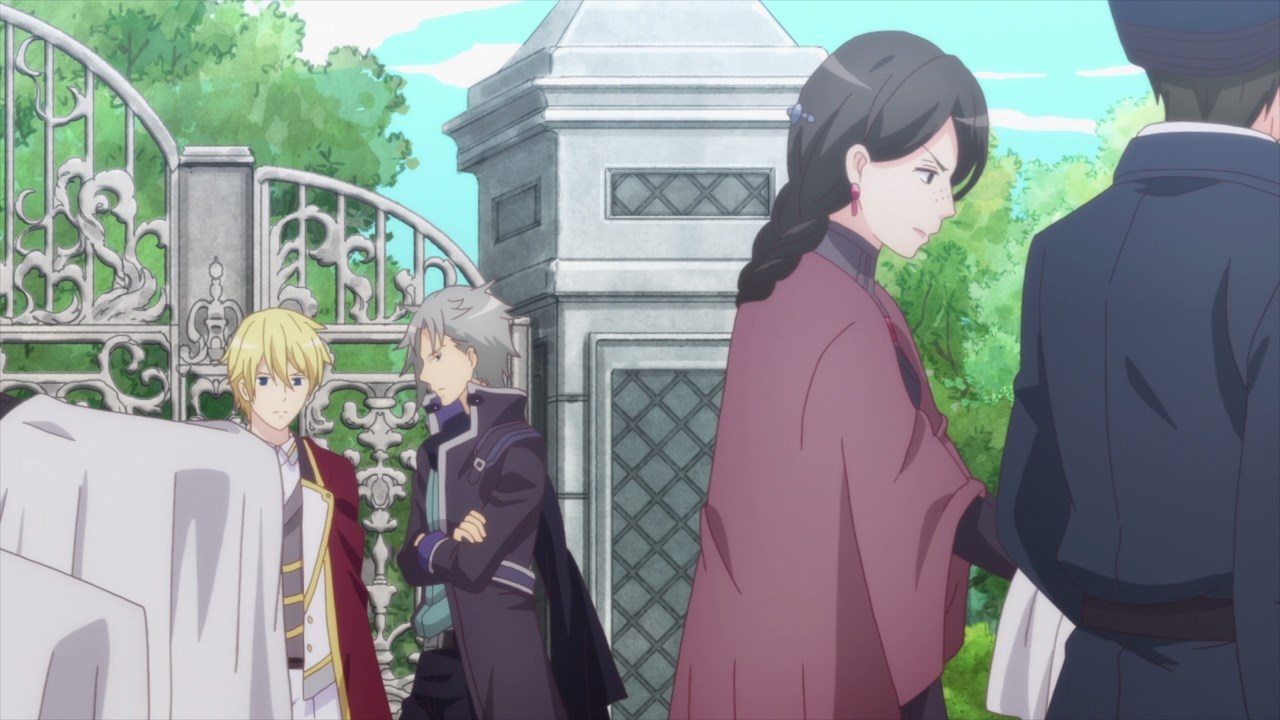 Also, it appears that Marchioness Dieke and her goons are arrested for conducting illegal rituals. Well, her plan would have played out had she didn’t kill the magician, but the marchioness deserved to be put behind bars for screwing Raphael’s life.

On the other hand, I wonder what happened to Marquis Dieke? Did he went missing to find another lady, or he was dead all along? We’ll never know… 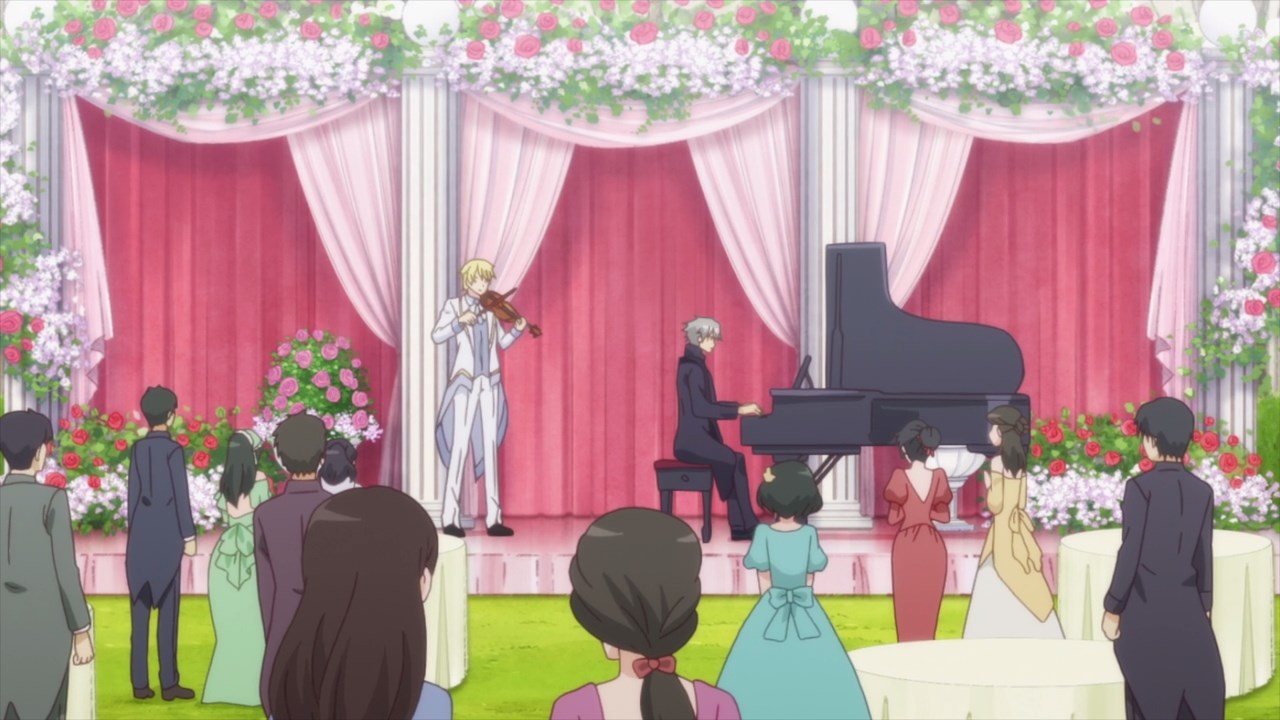 For now, let’s move onto the last scene where it’s time for the graduation party. Gotta say that Geordo and Alan Stuart are doing great on putting up a great performance together! 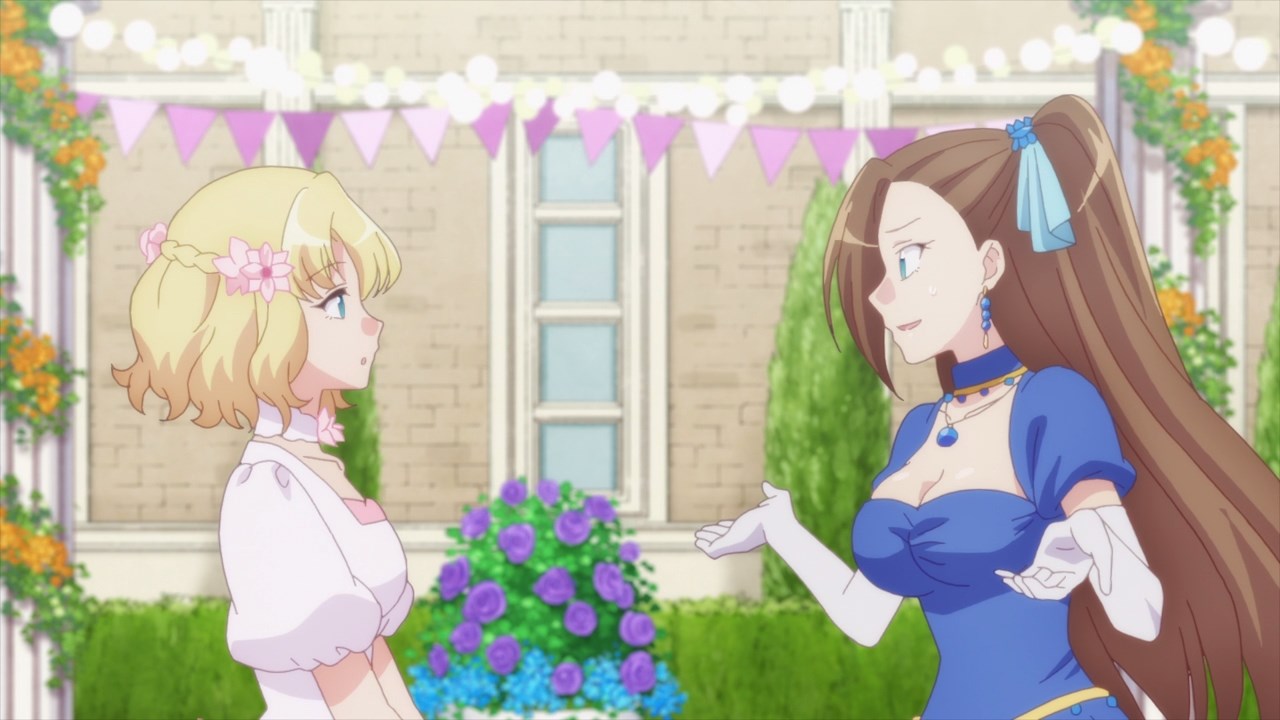 Of course, the only thing that Catarina Claes wants to know is who will be Maria Campbell’s love interest as she asked Maria about it. I don’t know if asking her bluntly is a good idea? 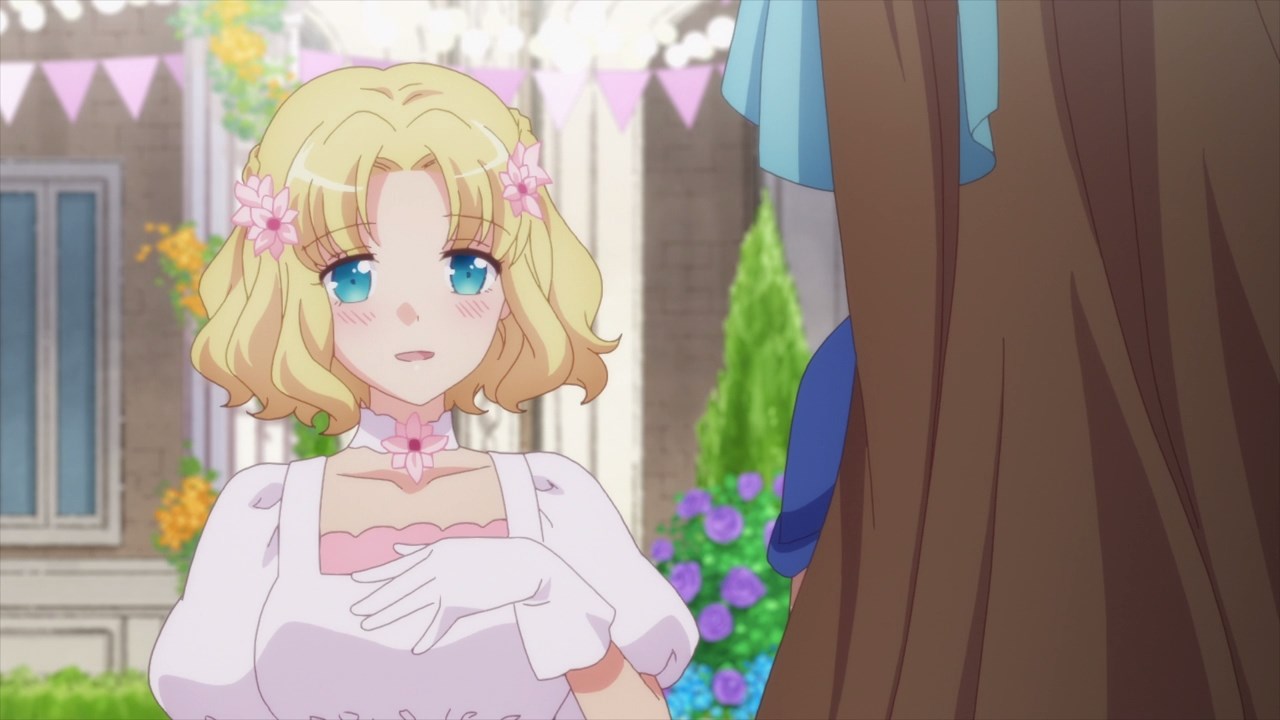 Turns out that Maria Campbell actually loves Catarina Claes. No seriously, Maria is not in a relationship with either the Stuart brothers, Nicol Ascart, or even Catarina’s brother Keith, but rather she really loves Catarina.

Then again, Bakarina is dumbfounded that there’s no way Maria Campbell would ever love her. Oh and by the way, Maria is not the only one… 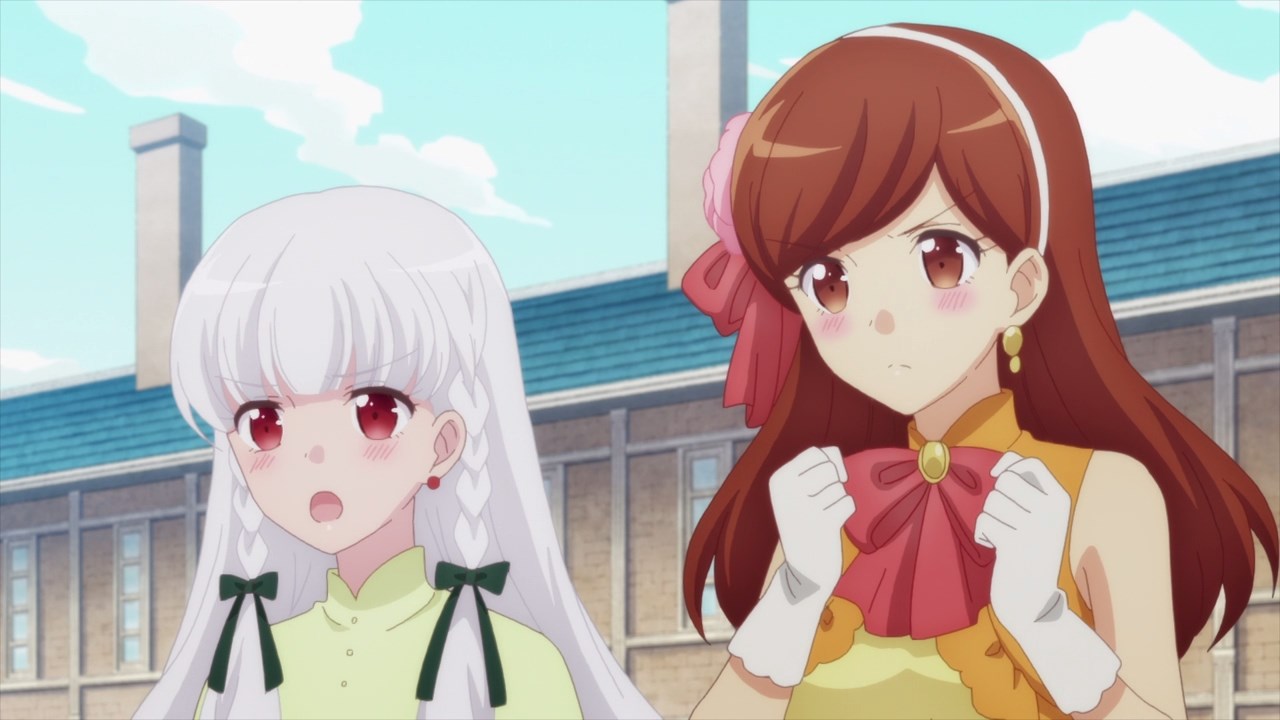 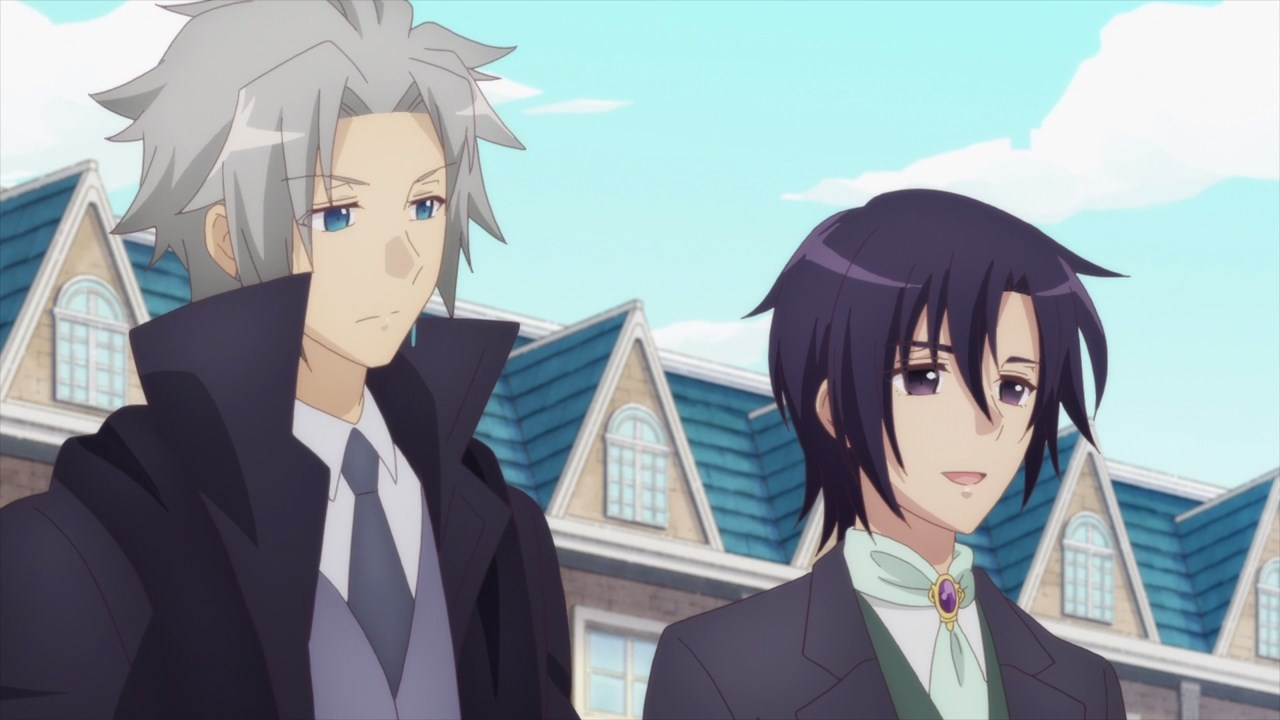 In fact, everyone loves Bakarina that she’s not fully-aware about their true feelings, from Mary Hunt to the Ascart siblings. But hey, at least Catarina Claes didn’t get a bad ending for her.

One more thing, do you think that Catarina’s friends are not the only one who are in love with her? 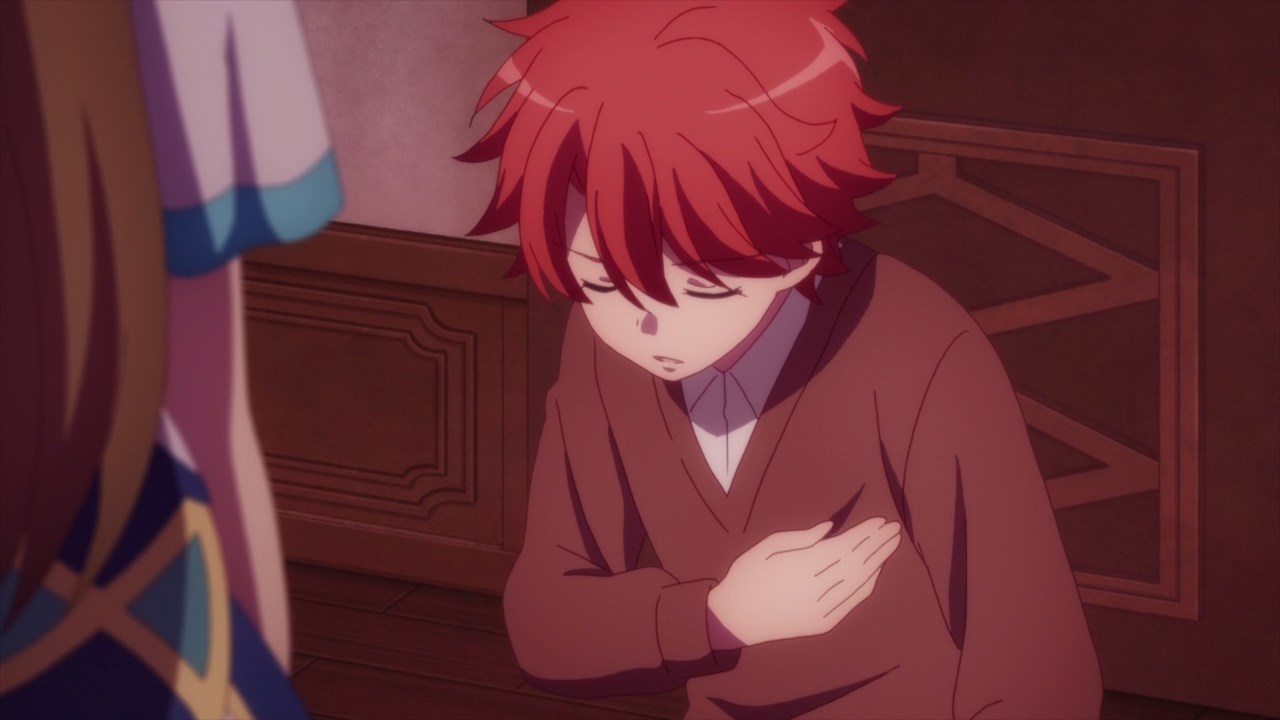 Well, there’s Raphael Walt where thanks to Catarina saving him, he’s now working at the Department of Magic and he has intimate feelings for the villainess. 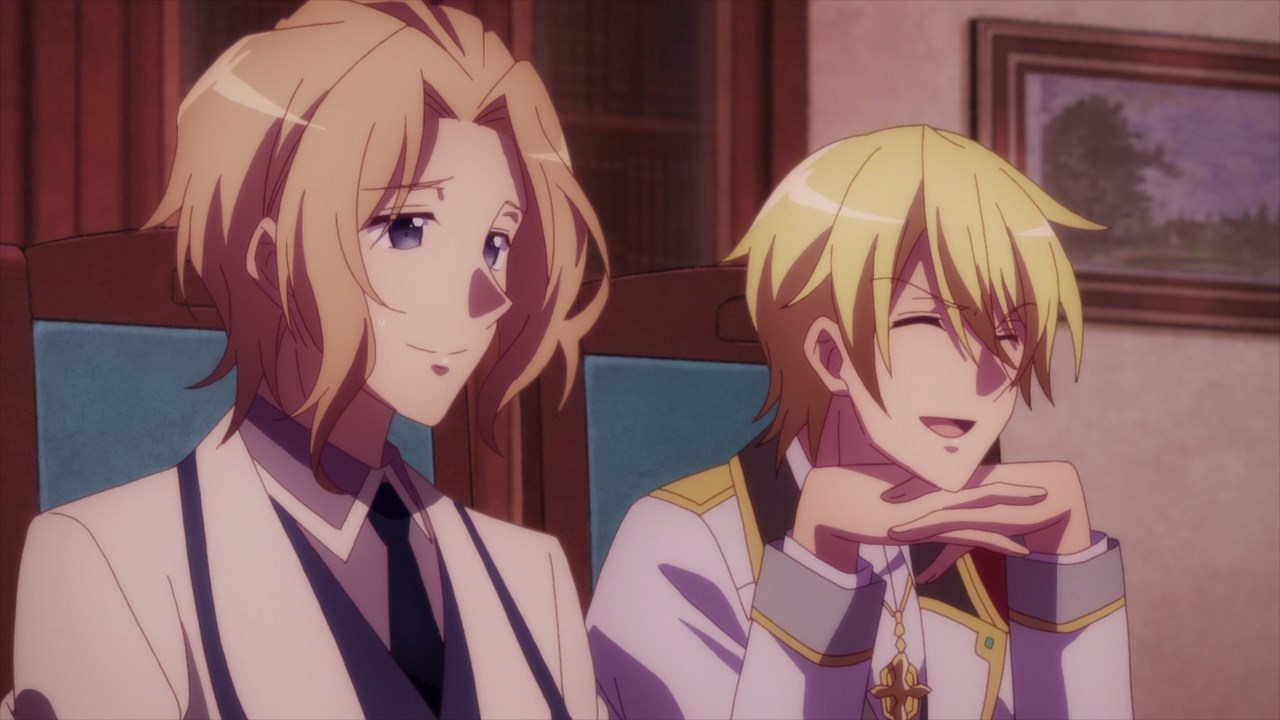 For Geordo Stuart, he’s really angry that despite being betrothed to Catarina, Geordo has a new rival to fight with. Man, the only solution for this relationship mess is the harem ending! 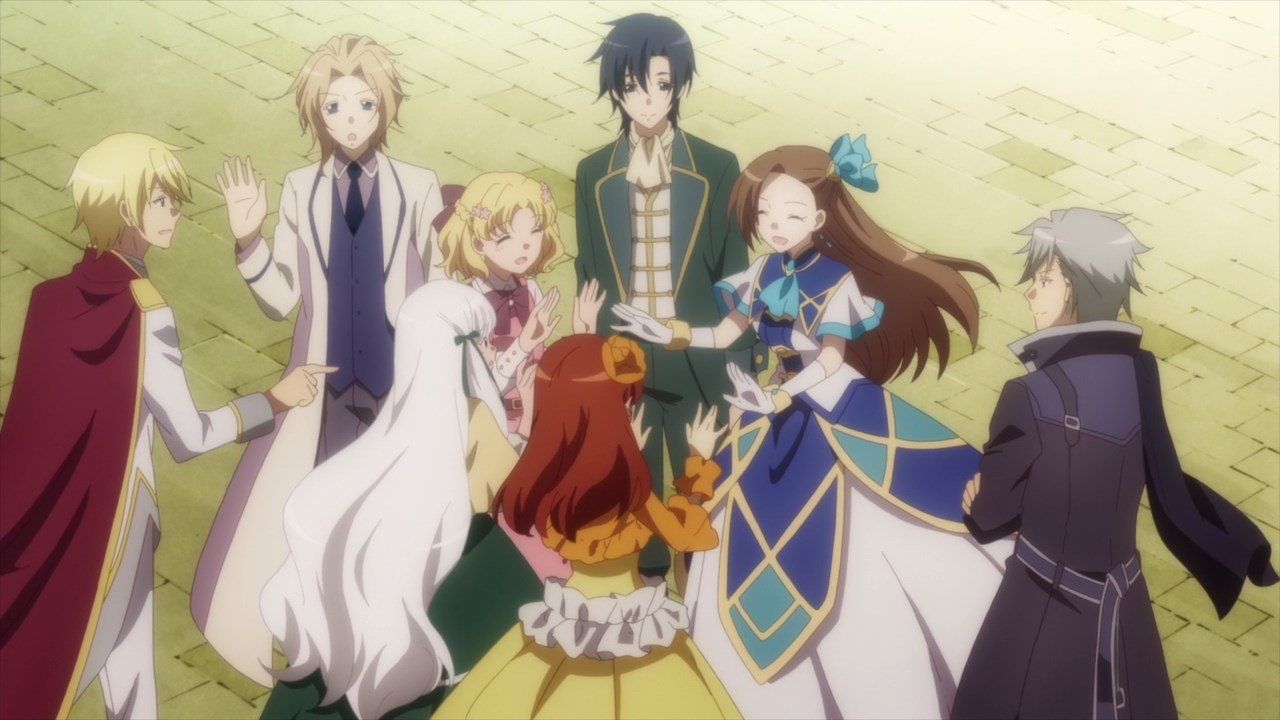 But that’s the end of Hamehura/Hamefura and really, I feel that this is the perfect ending for a show based on a light novel, although the world is based on a popular dating sim game.

Gotta say that SILVER LINK has done a great job on the anime adaptation where I’m astonished on what they achieved. And while this is a good way to end Hamehura/Hamefura, it appears that Ichijinsha and SILVER LINK noticed its popularity that they decided to make another one. Wait, don’t tell me that the company behind Fortune Lover has made a sequel?

Still, I feel that this ending is perfect for me because nobody dies, including Bakarina where she’s too dense to realize their feelings. But if the announced second season is better than the first one, I might change my mind.